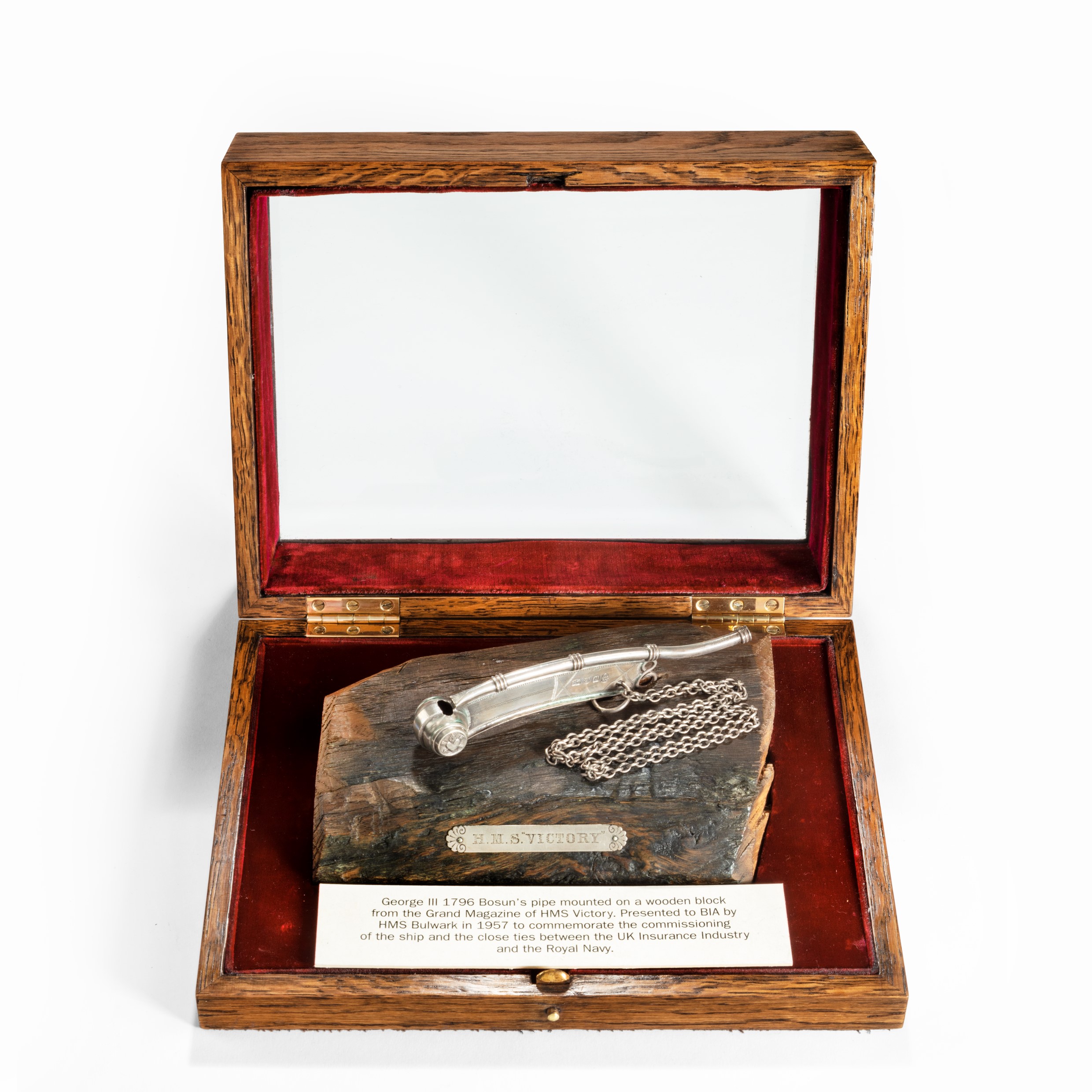 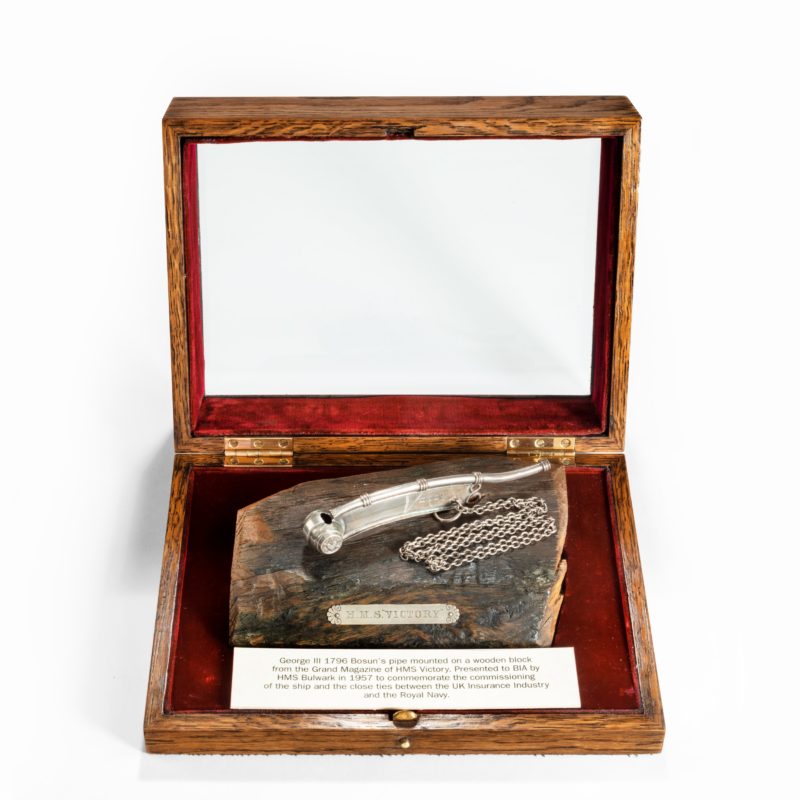 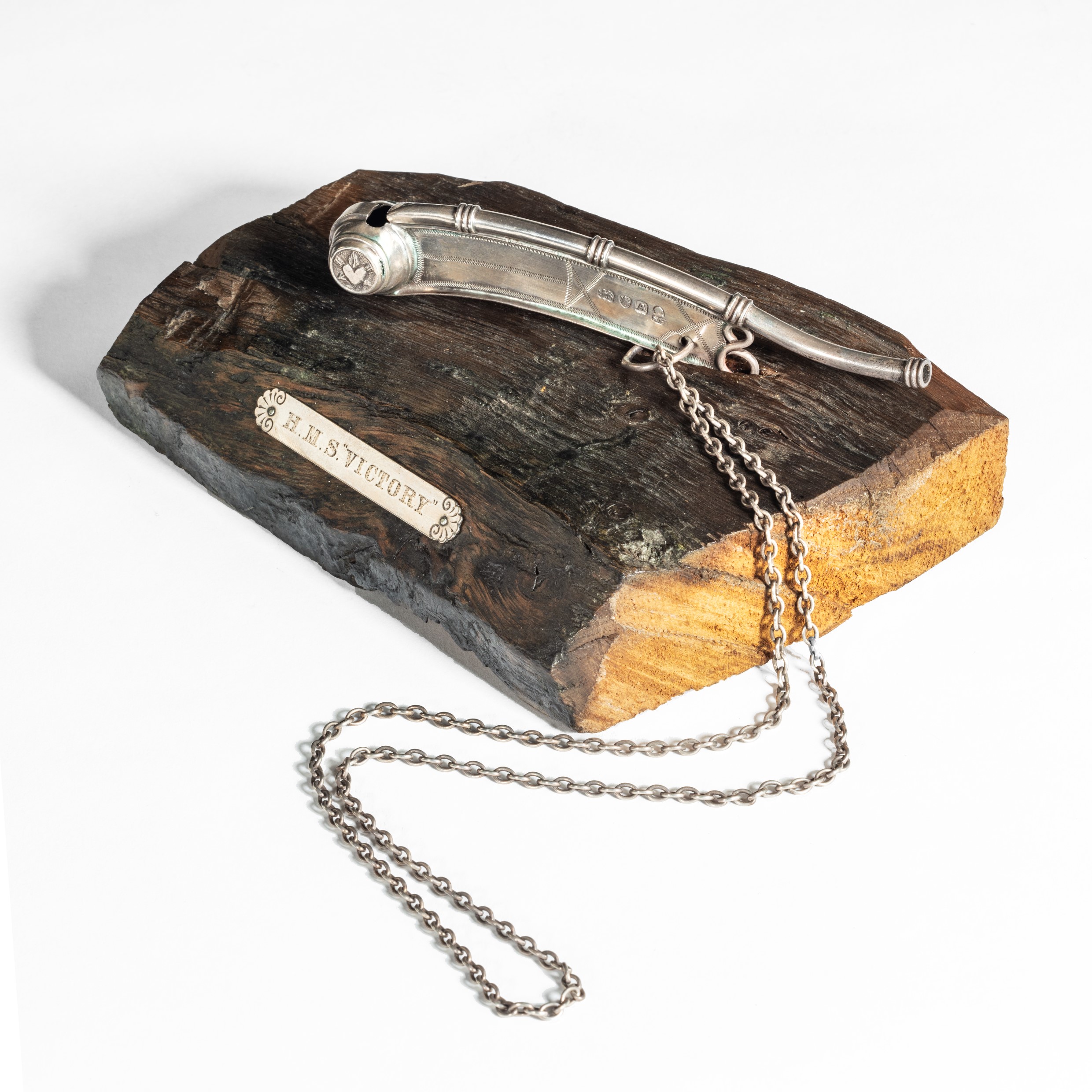 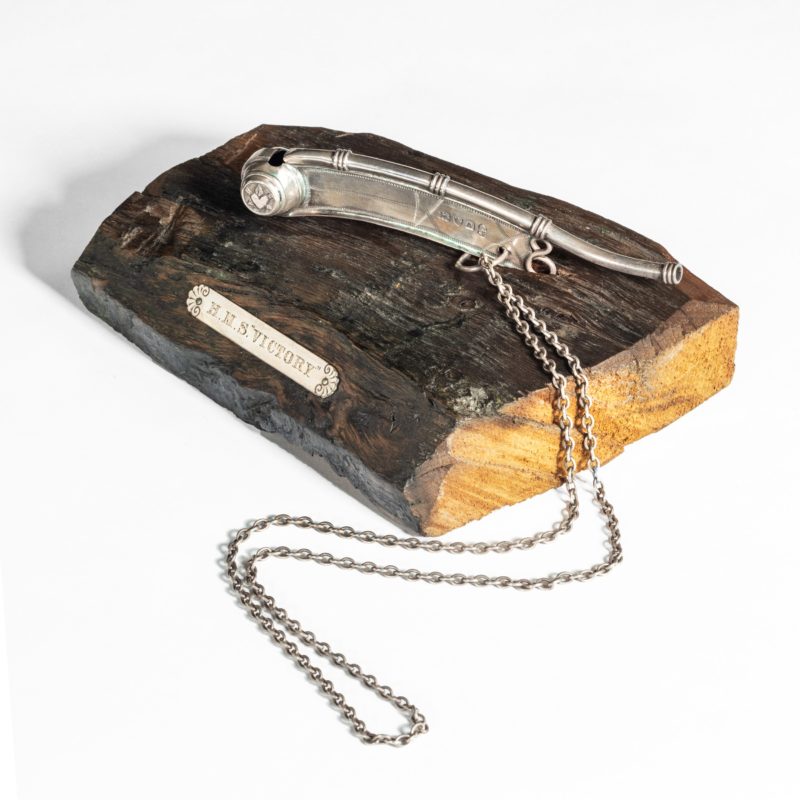 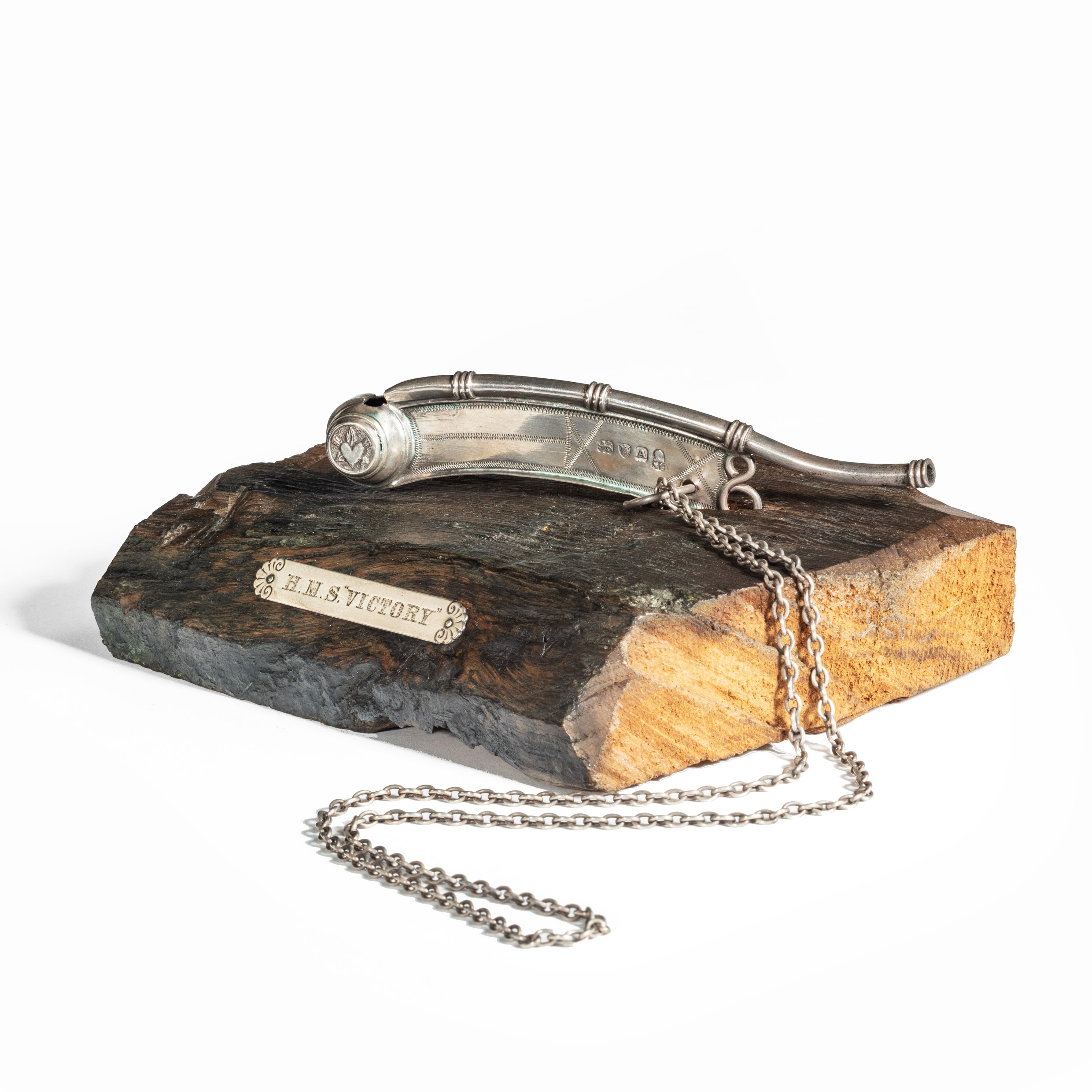 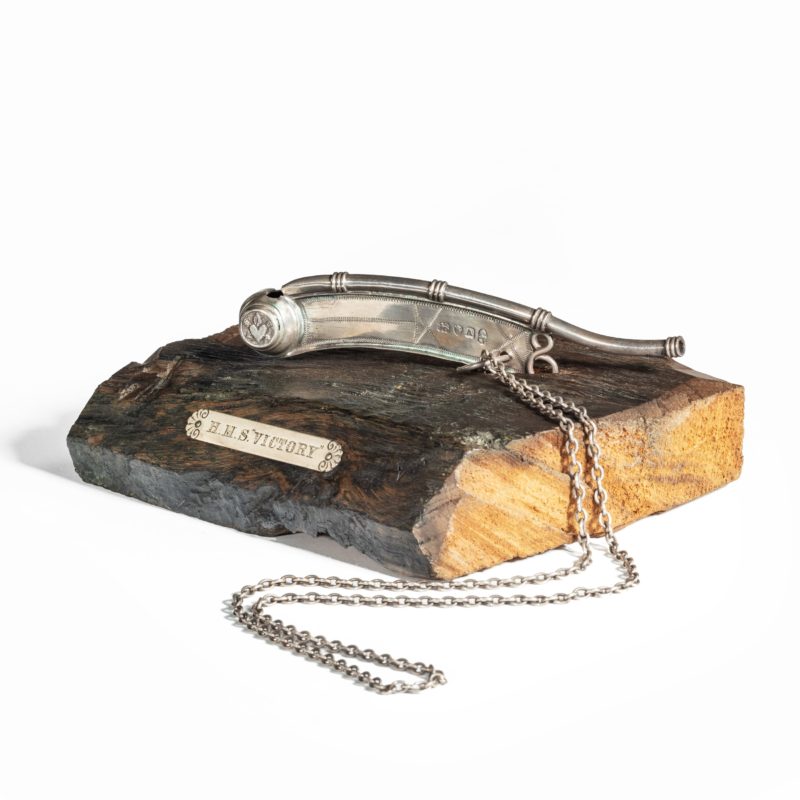 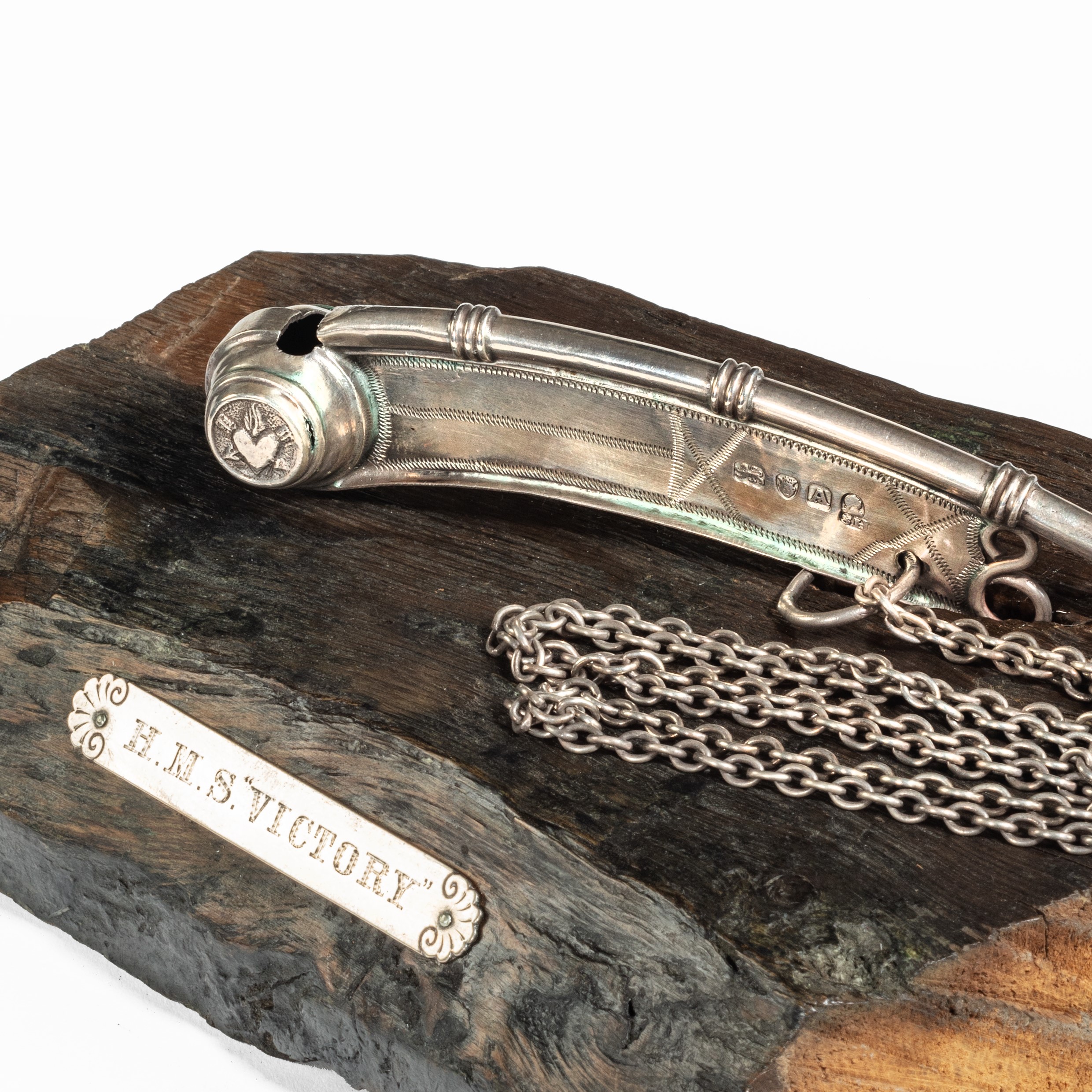 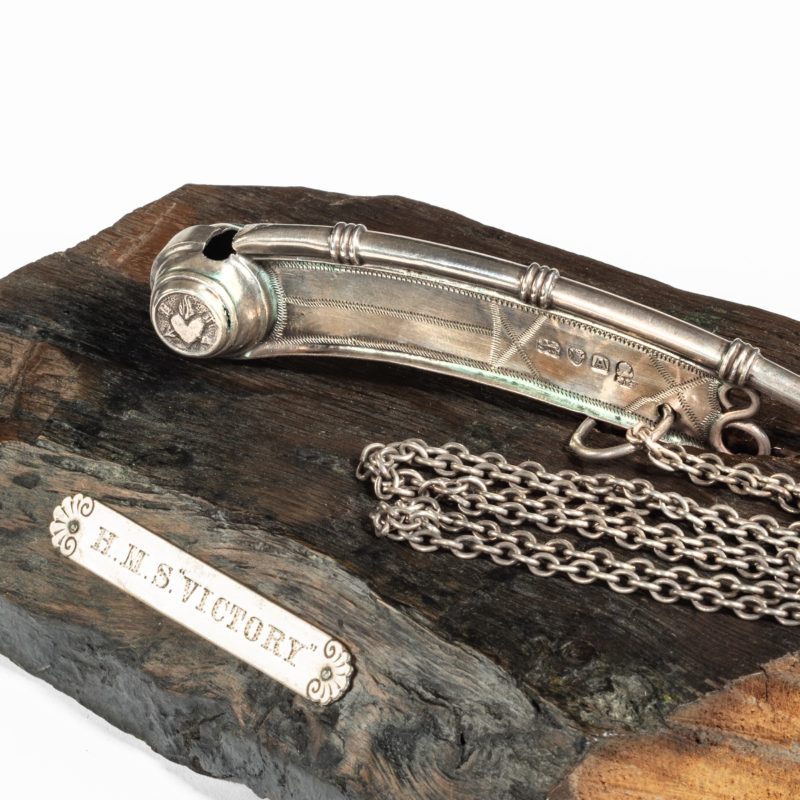 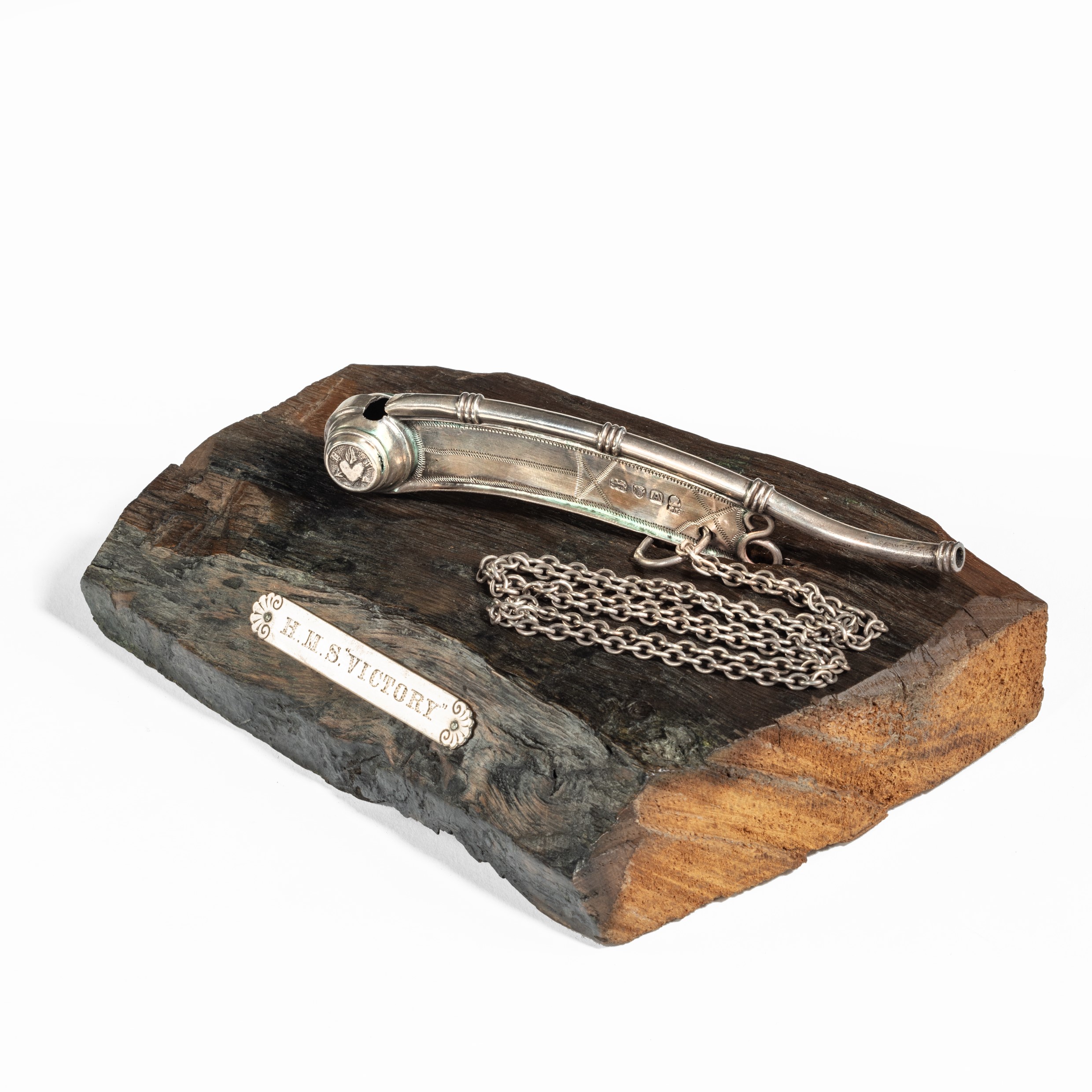 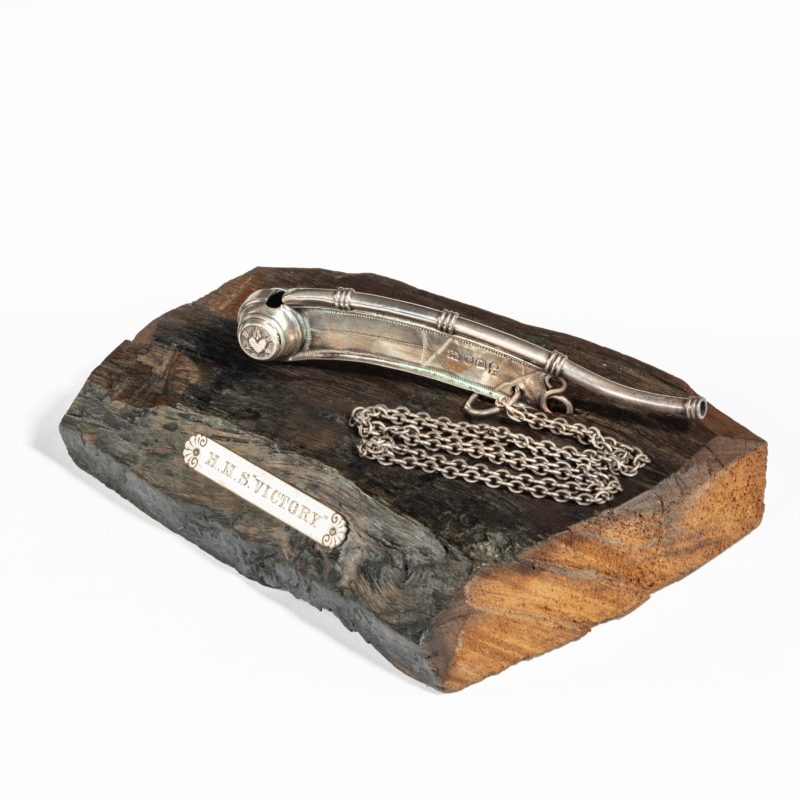 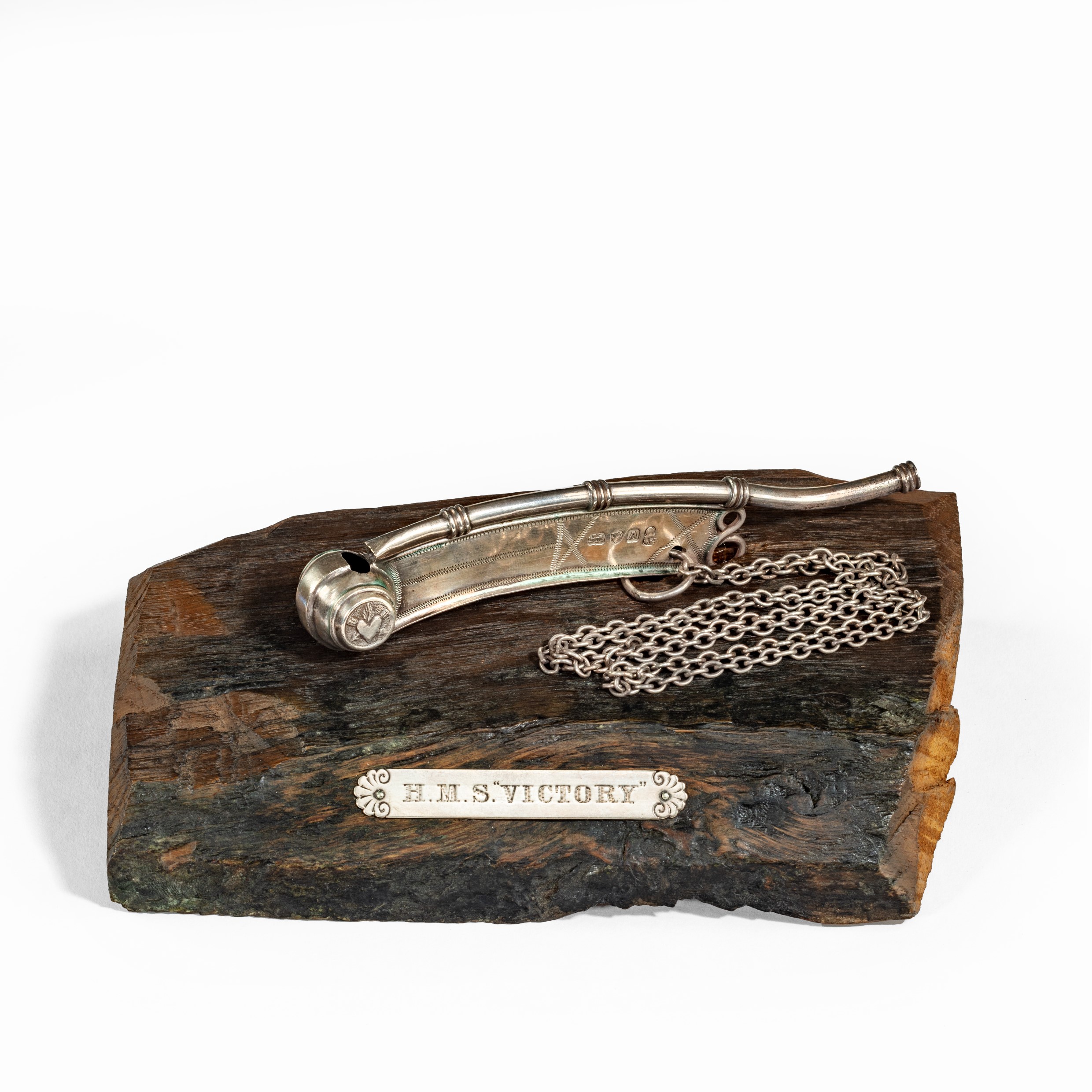 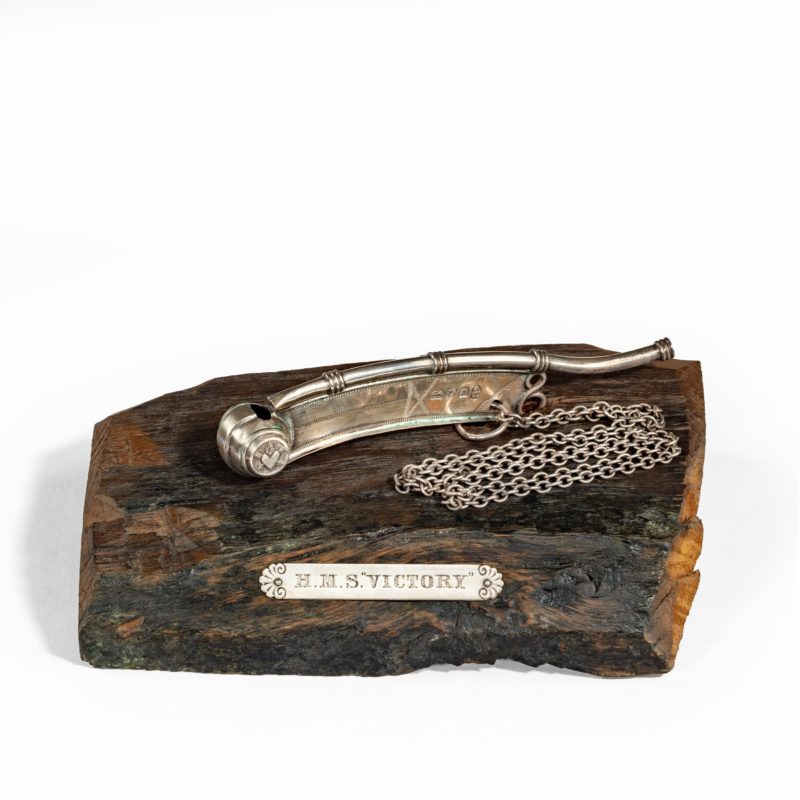 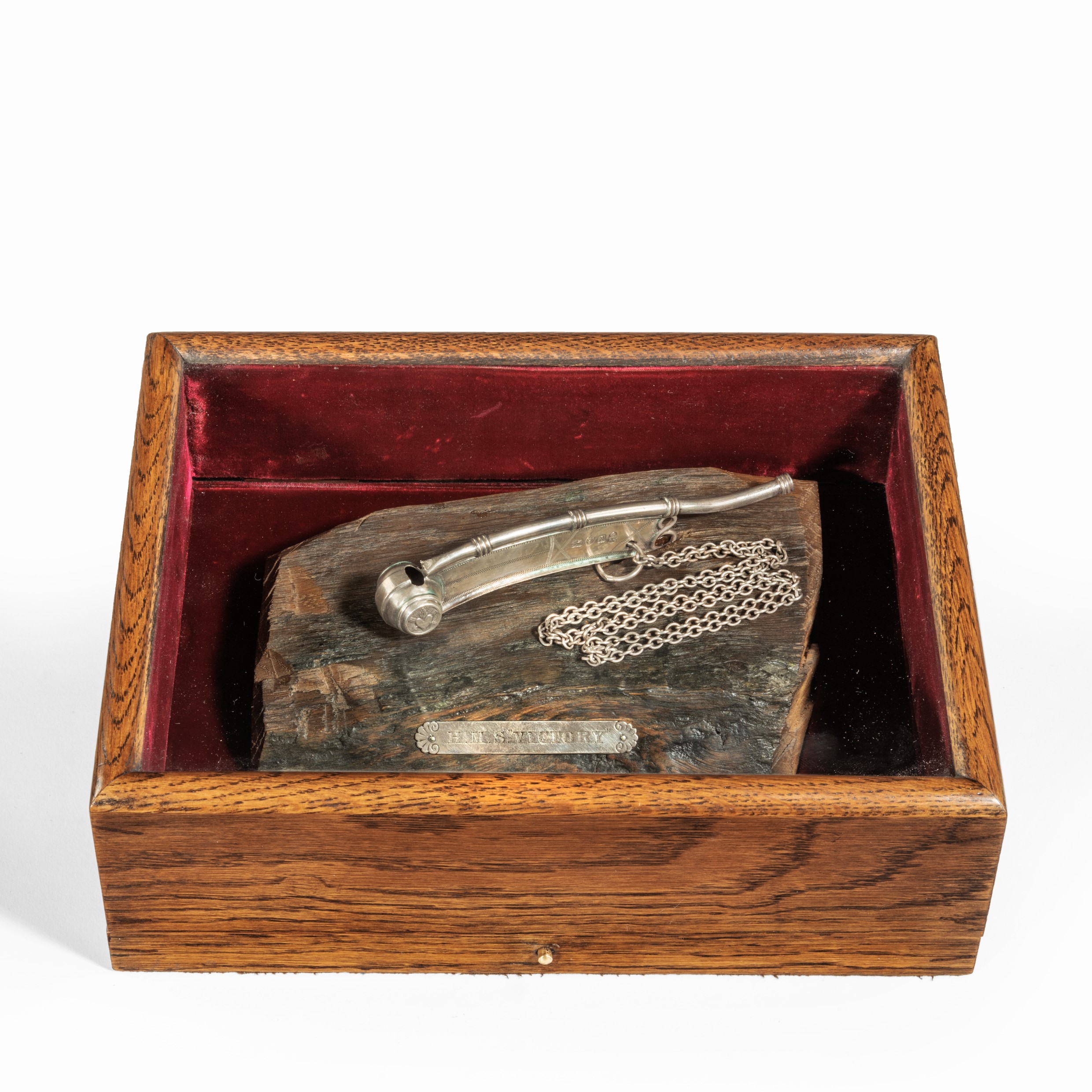 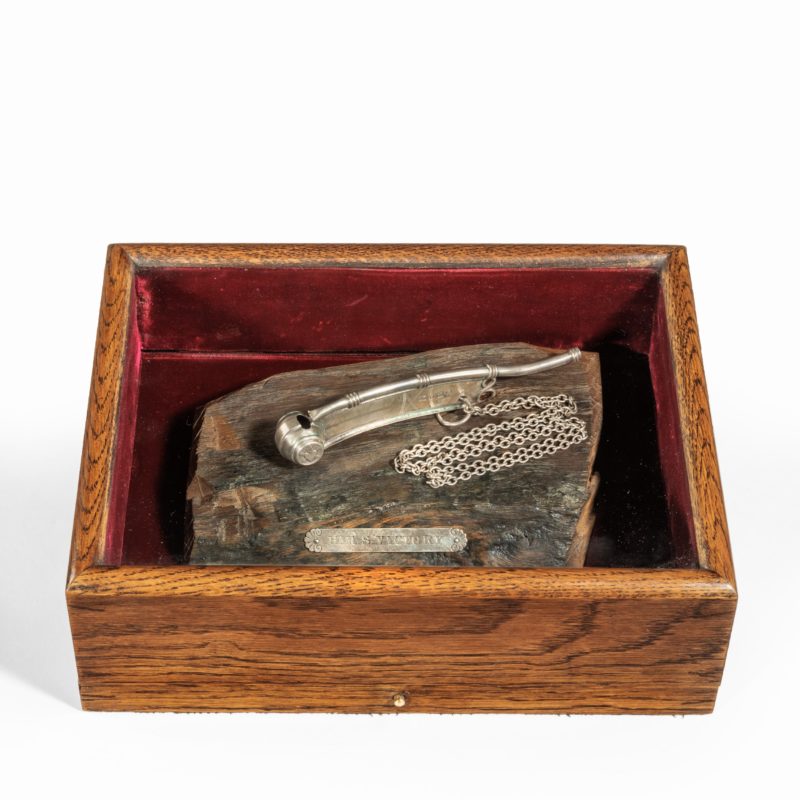 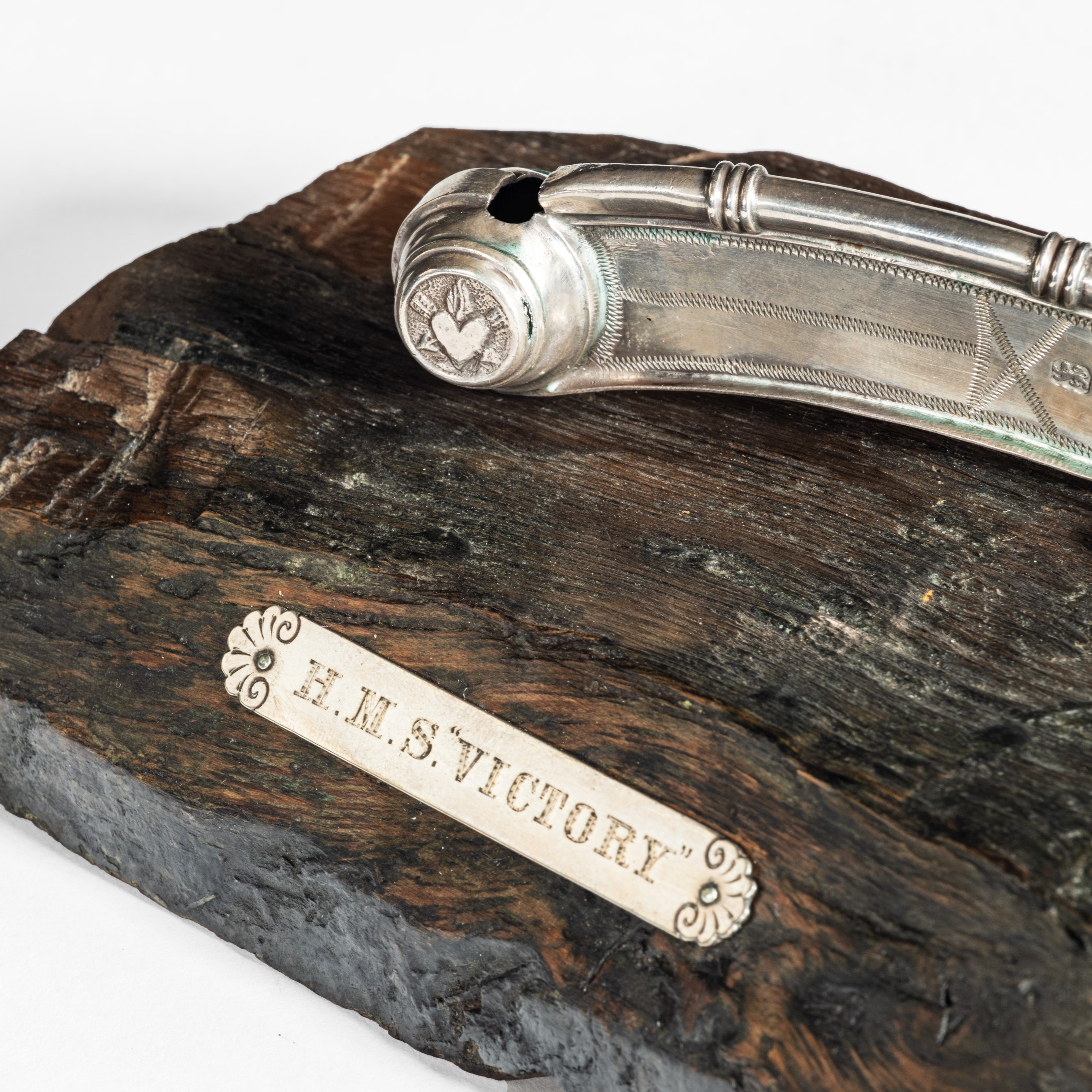 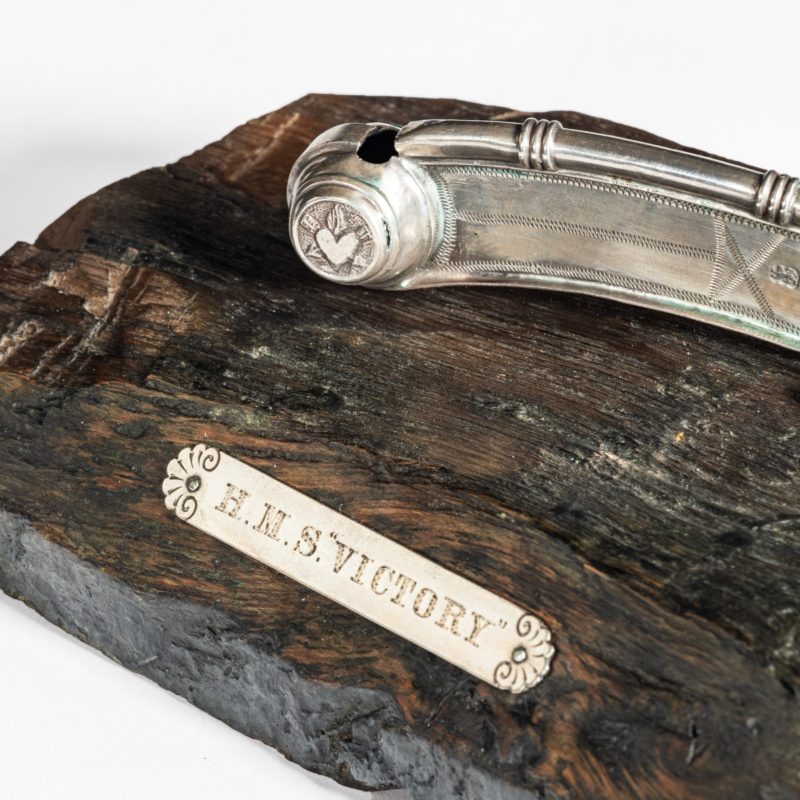 A George III silver bosun’s pipe and chain on H.M.S. Victory oak, 1796. The pipe or whistle is modelled as a tiller and a rum barrel chased with two hearts pierced by crossed arrows.  It has a long chain and is mounted on a piece of oak with a silver plaque inscribed ‘H.M.S. “Victory”’.  In a later oak display case lined in red velvet with a typed card stating ‘A George III 1796 Bosun’s pipe mounted on a wooden block from the Grand Magazine of HMS Victory Presented to BIA by HMS Bulwark in 1957 to commemorate the commissioning of the ship and the close ties between the UK Insurance Industry and the Royal Navy’.  English, assay marks for 1796

The bosun’s pipe (boatswain’s call) is played by opening and closing the hand over the hole in the barrel to change the pitch.  It was first used as a badge of rank for the Lord High Admiral of England in 1485.  On board it was used to pass commands to the crew when the voice could not be heard over the sounds of the sea.  It is now used in traditional ceremonies including piping flag-rank officers on board, marking the final departure of a sailor retiring from active duty and funerals.