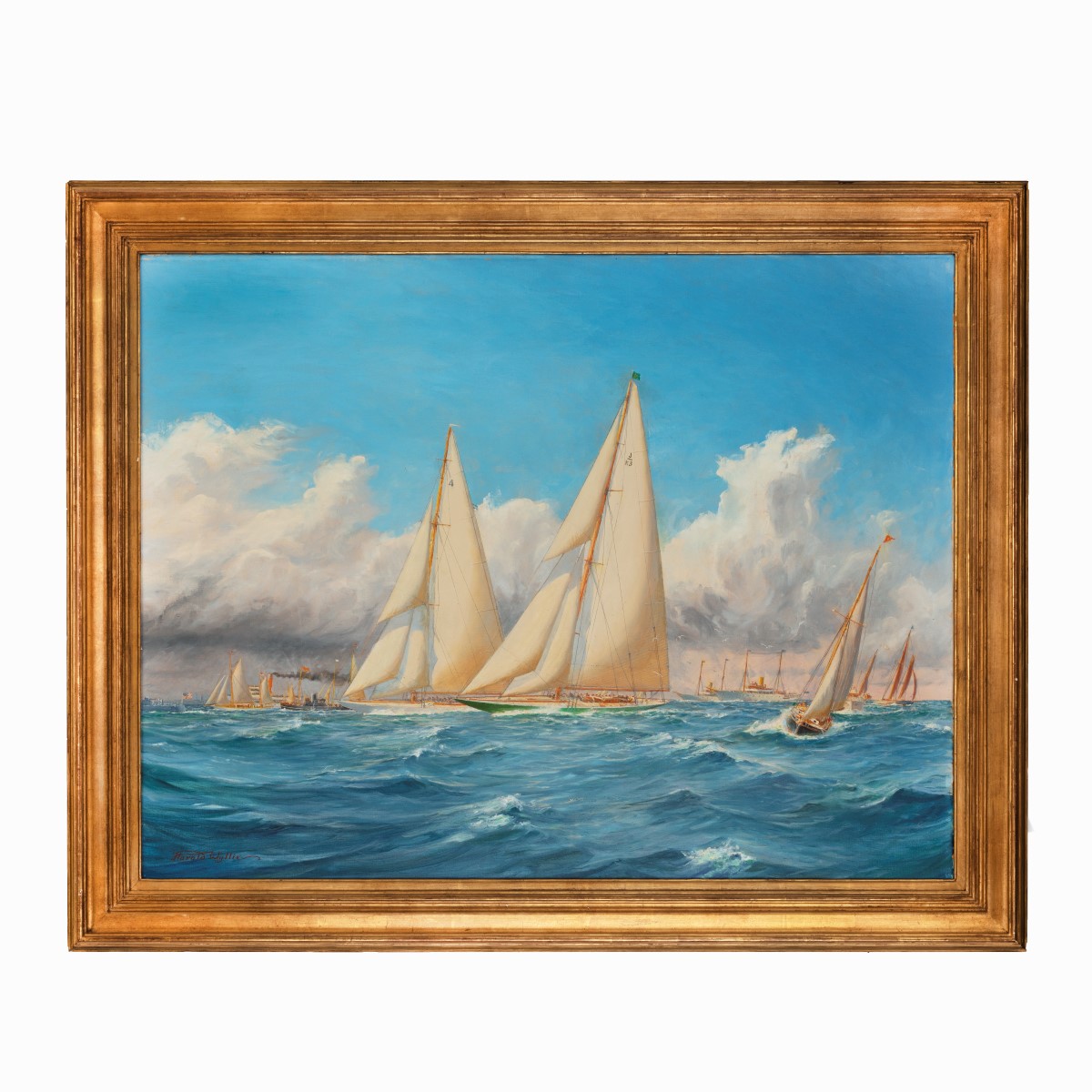 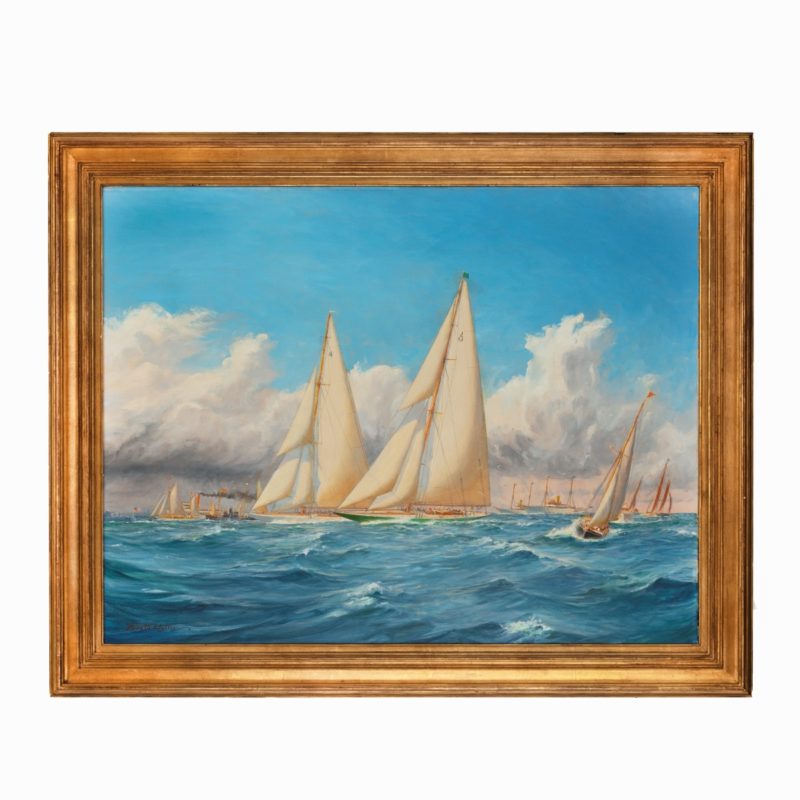 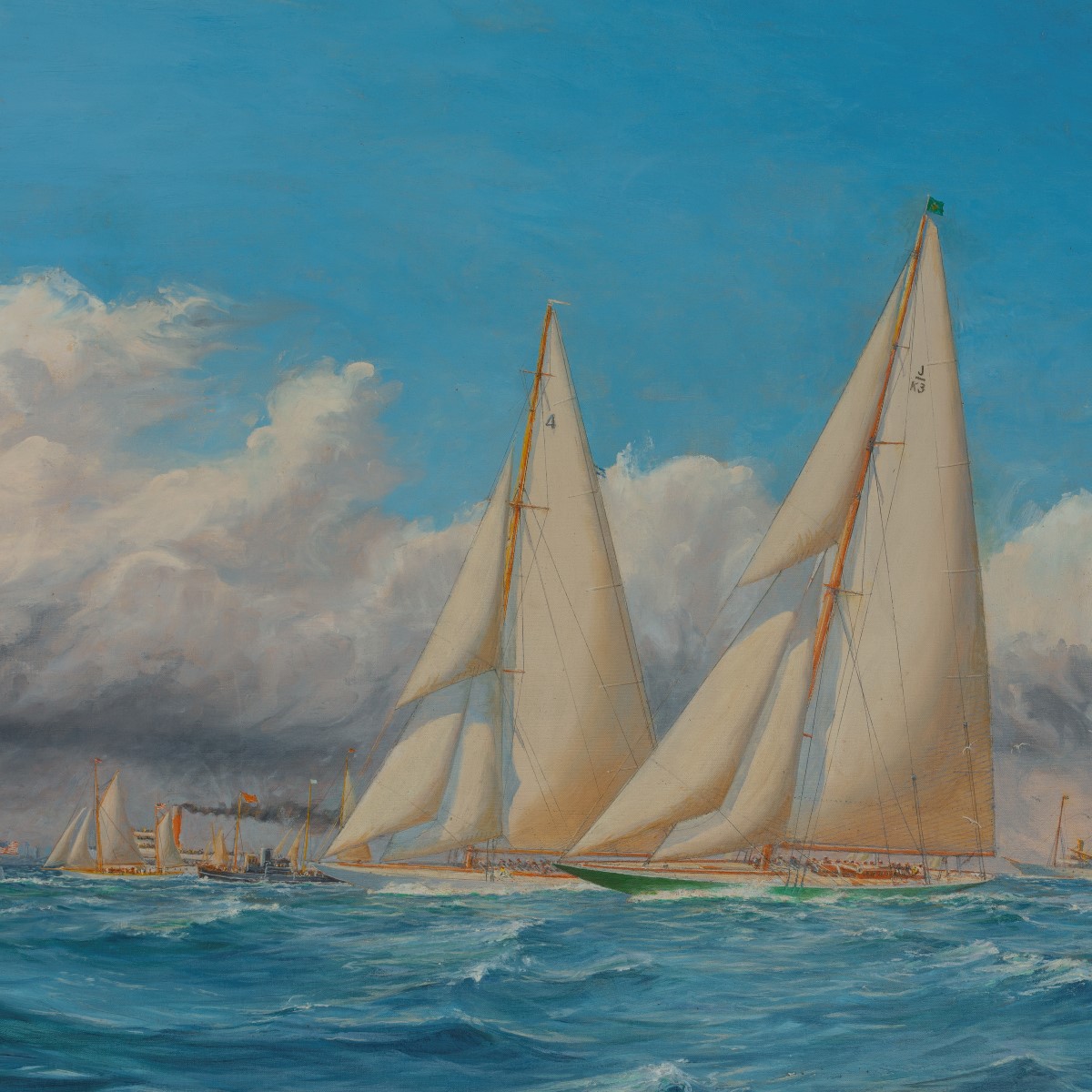 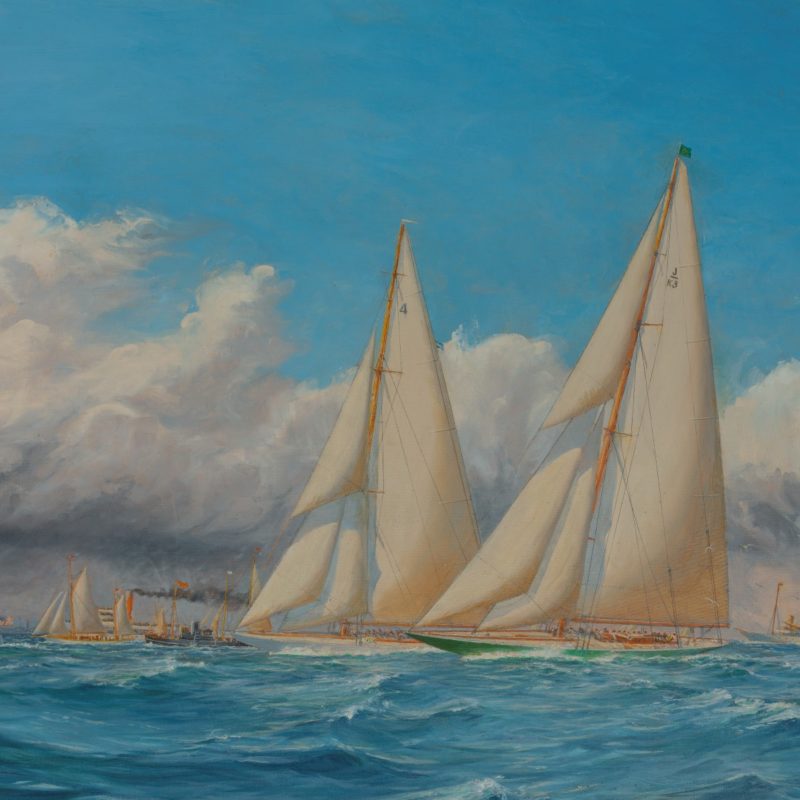 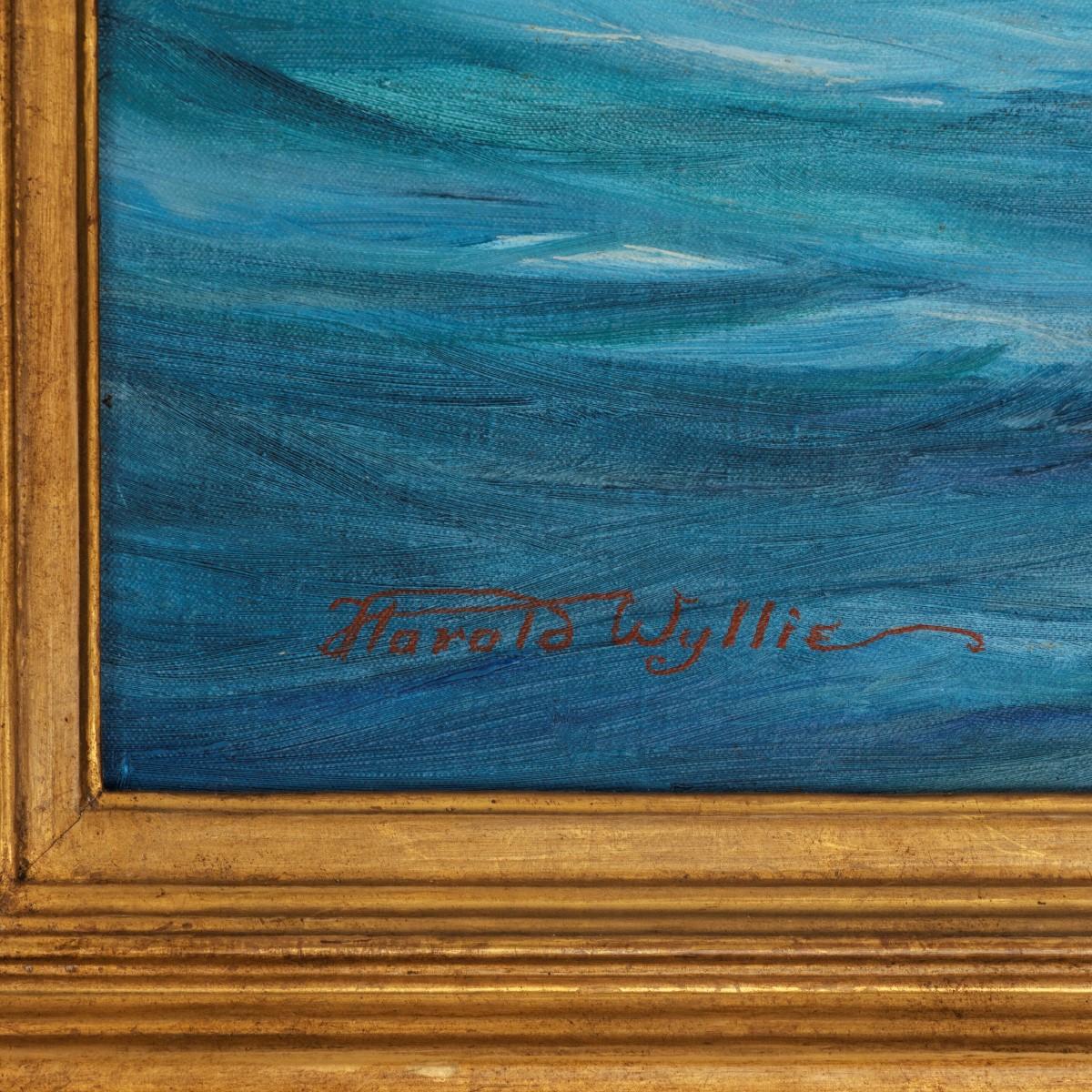 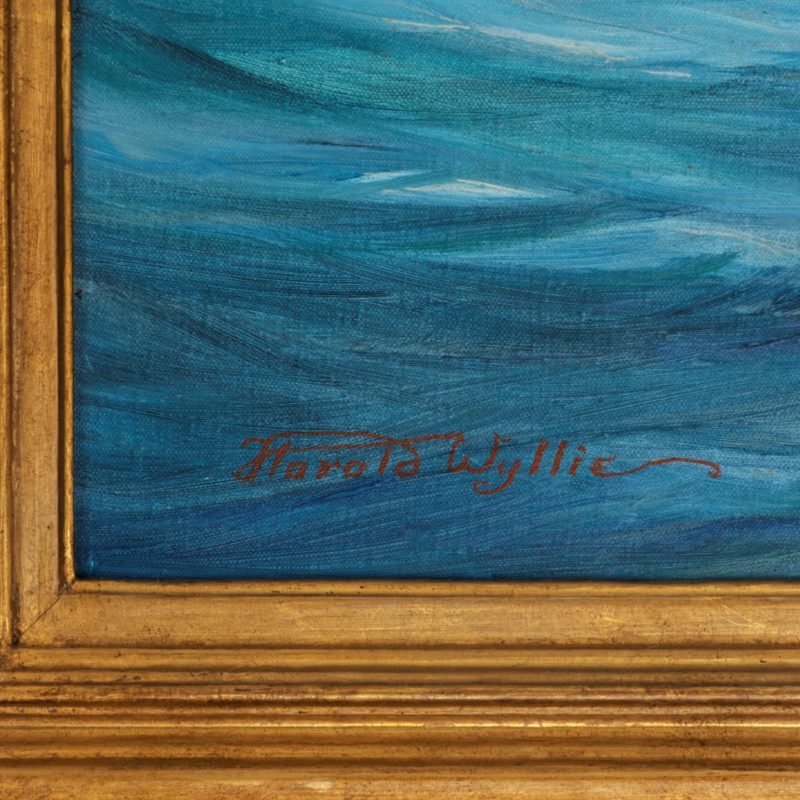 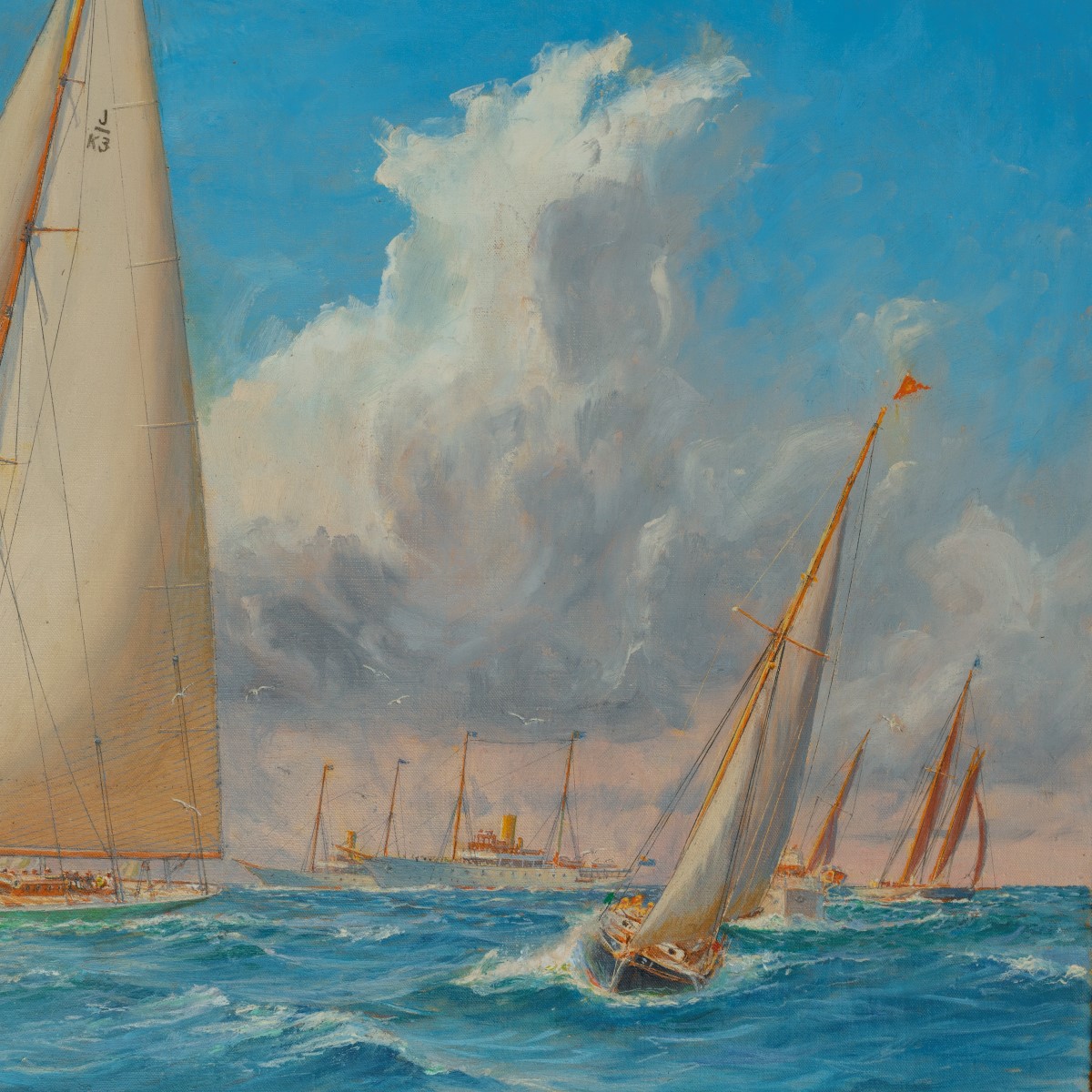 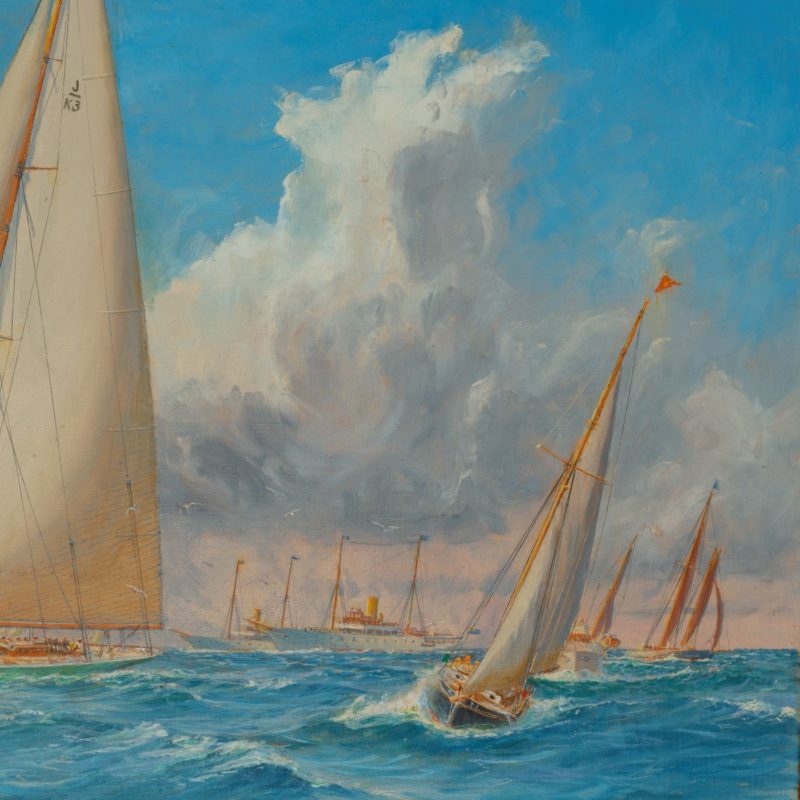 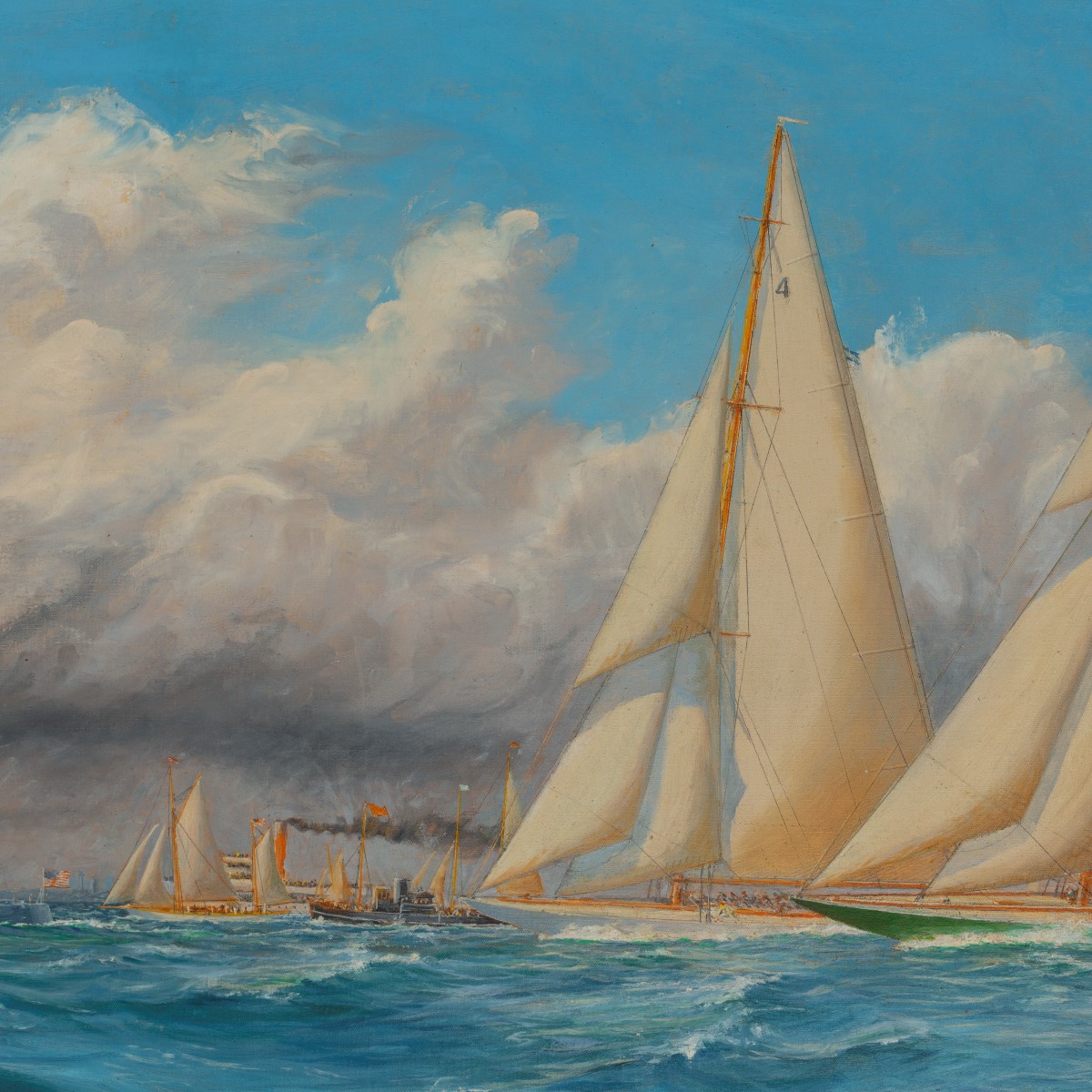 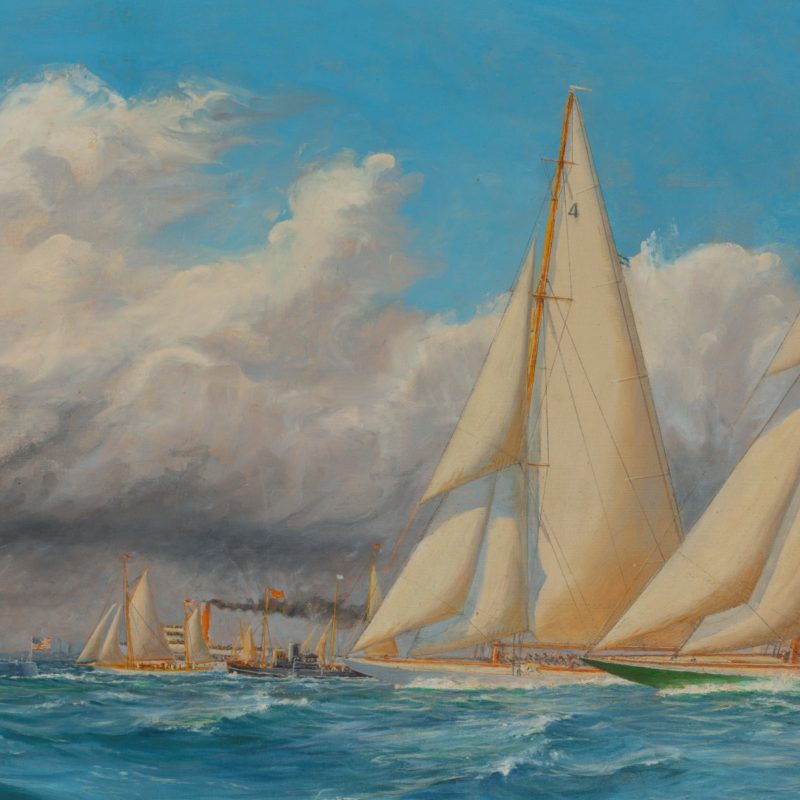 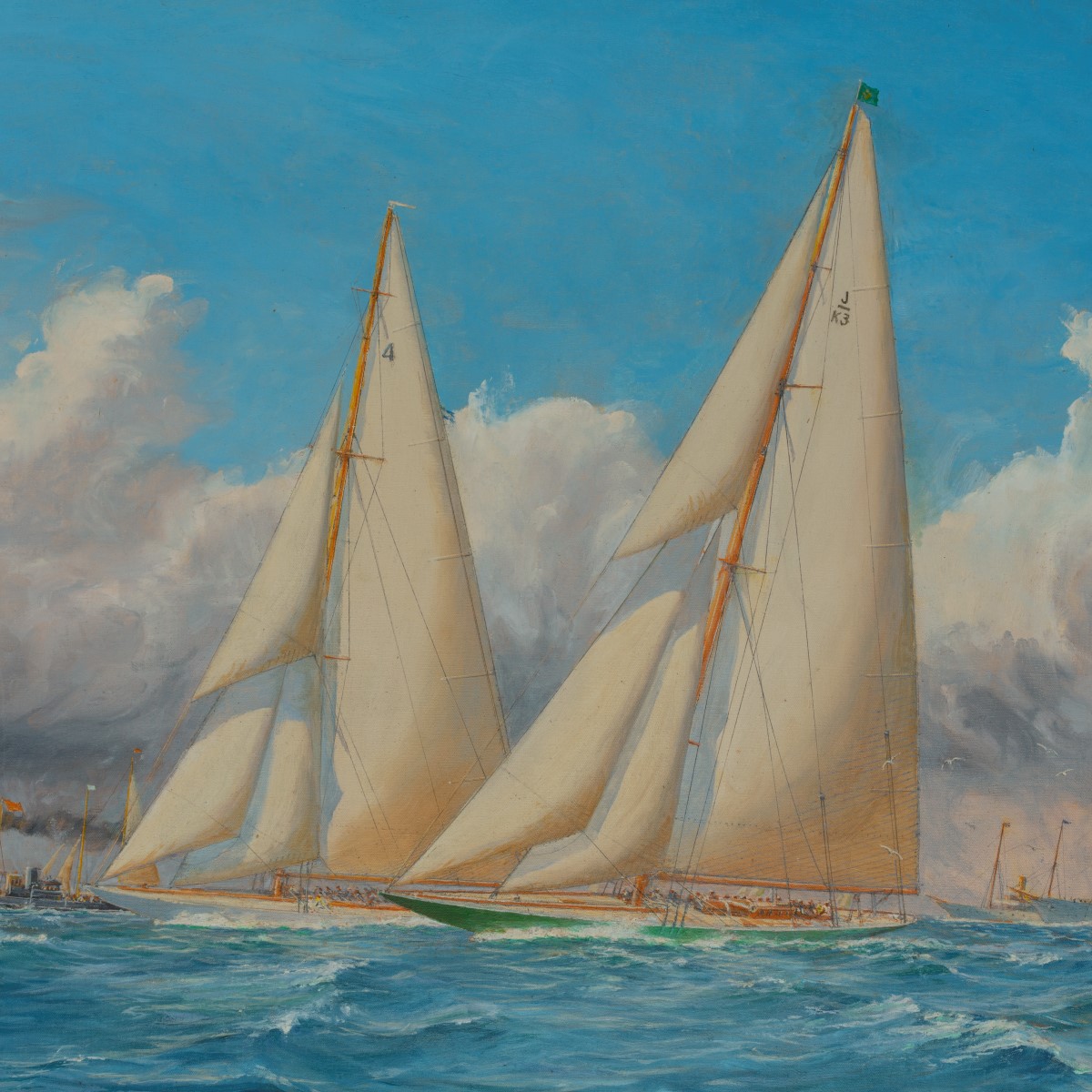 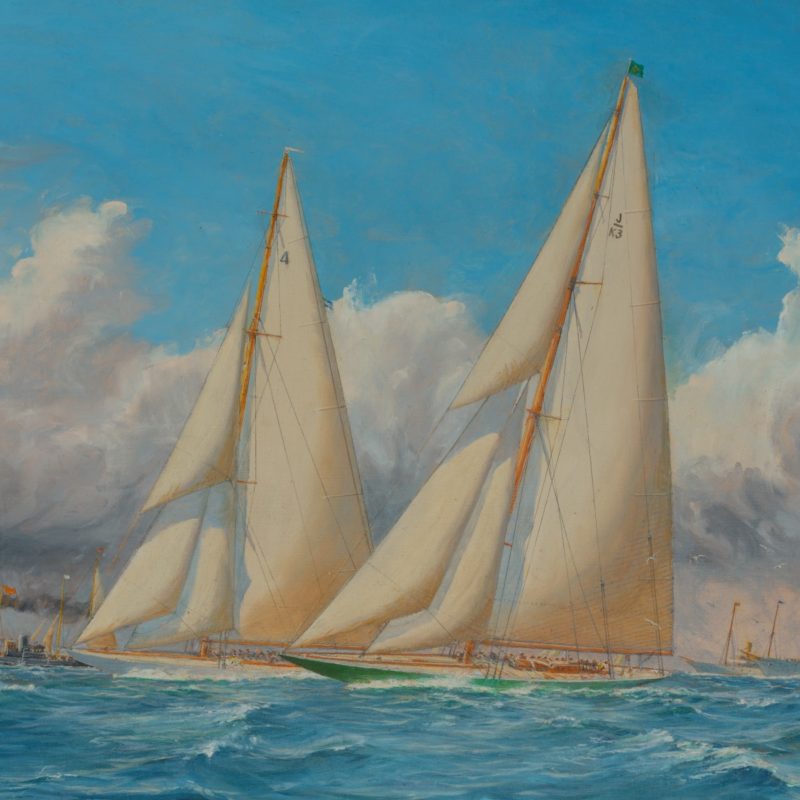 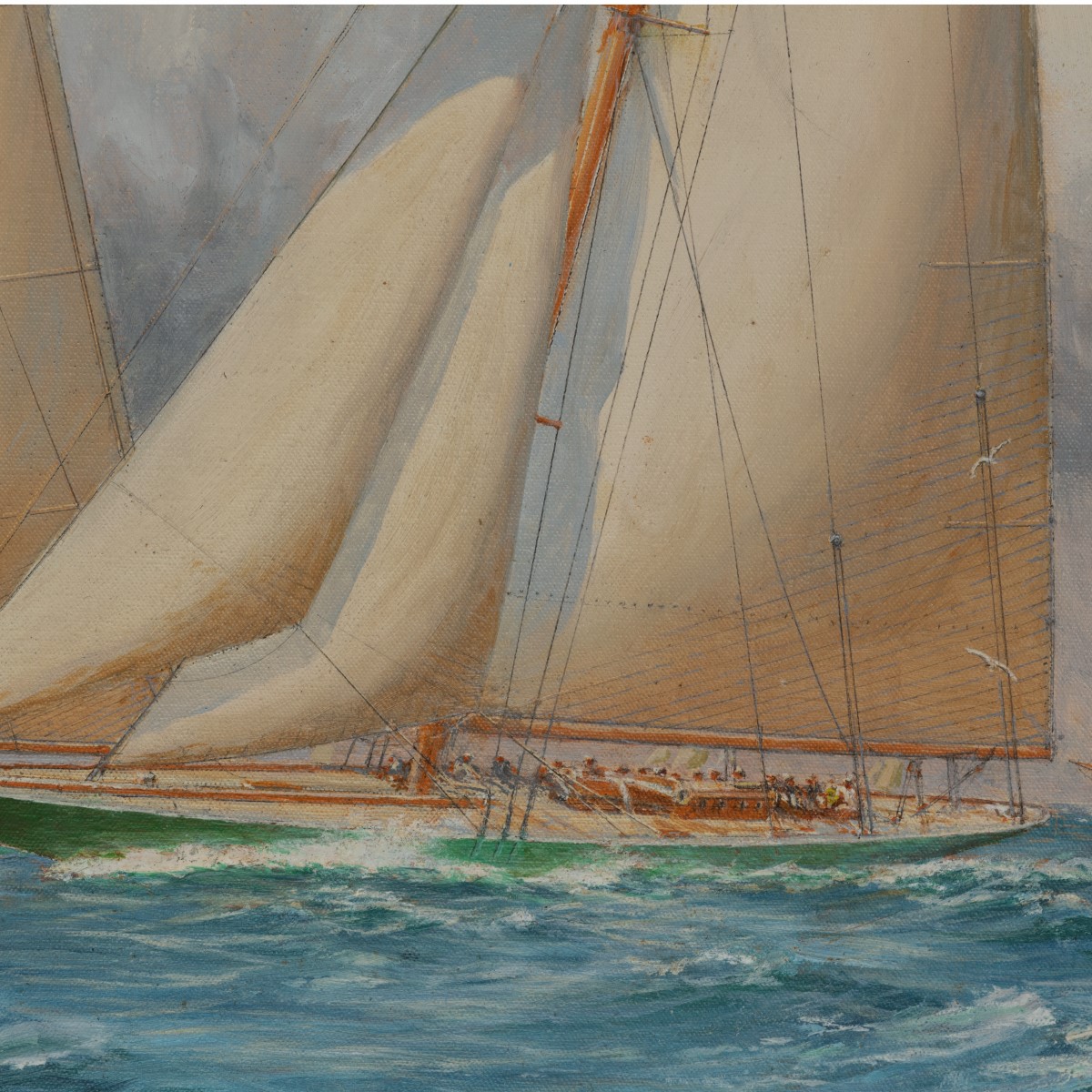 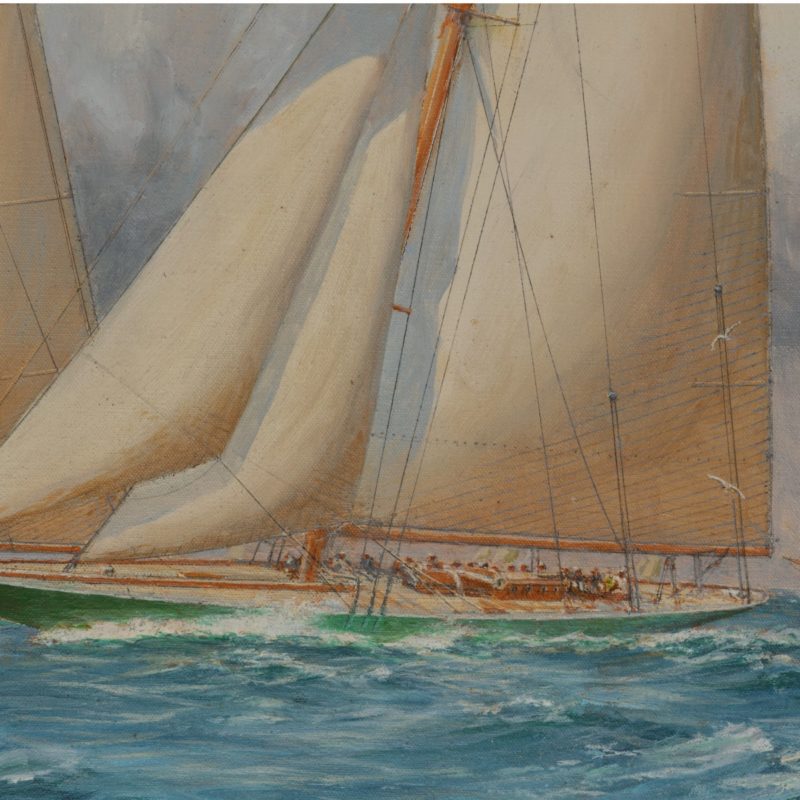 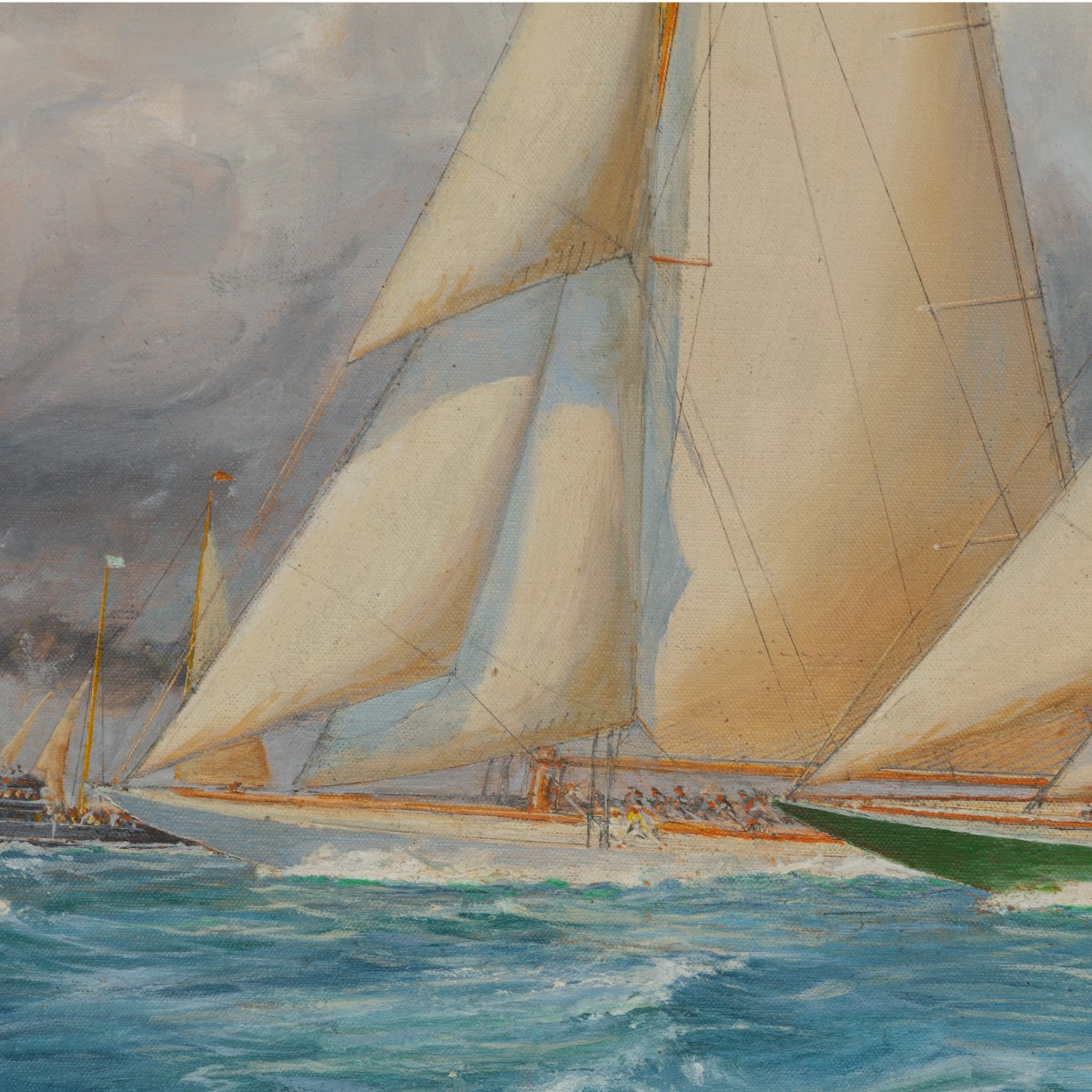 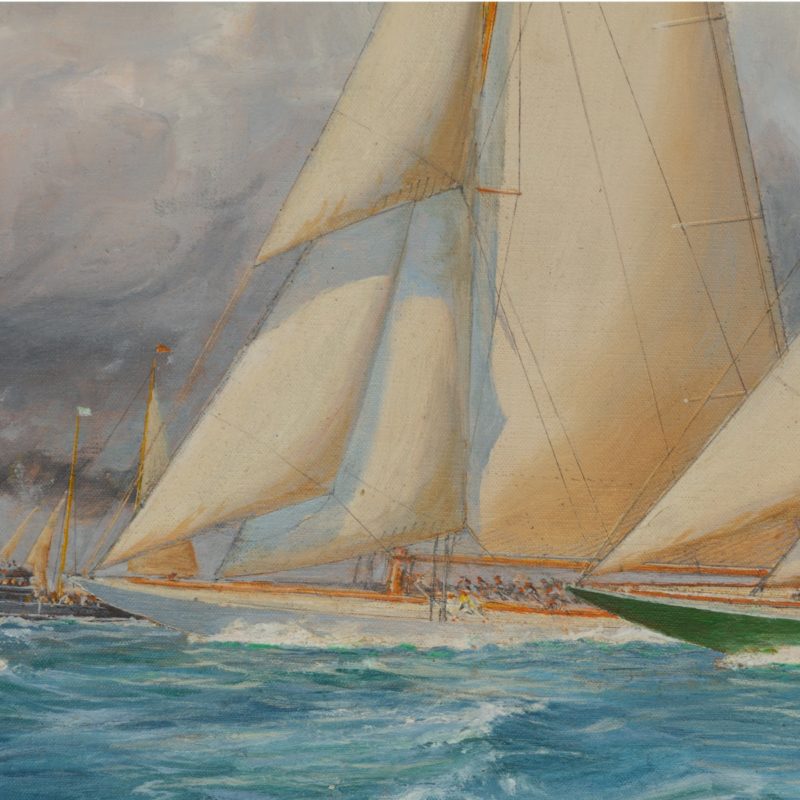 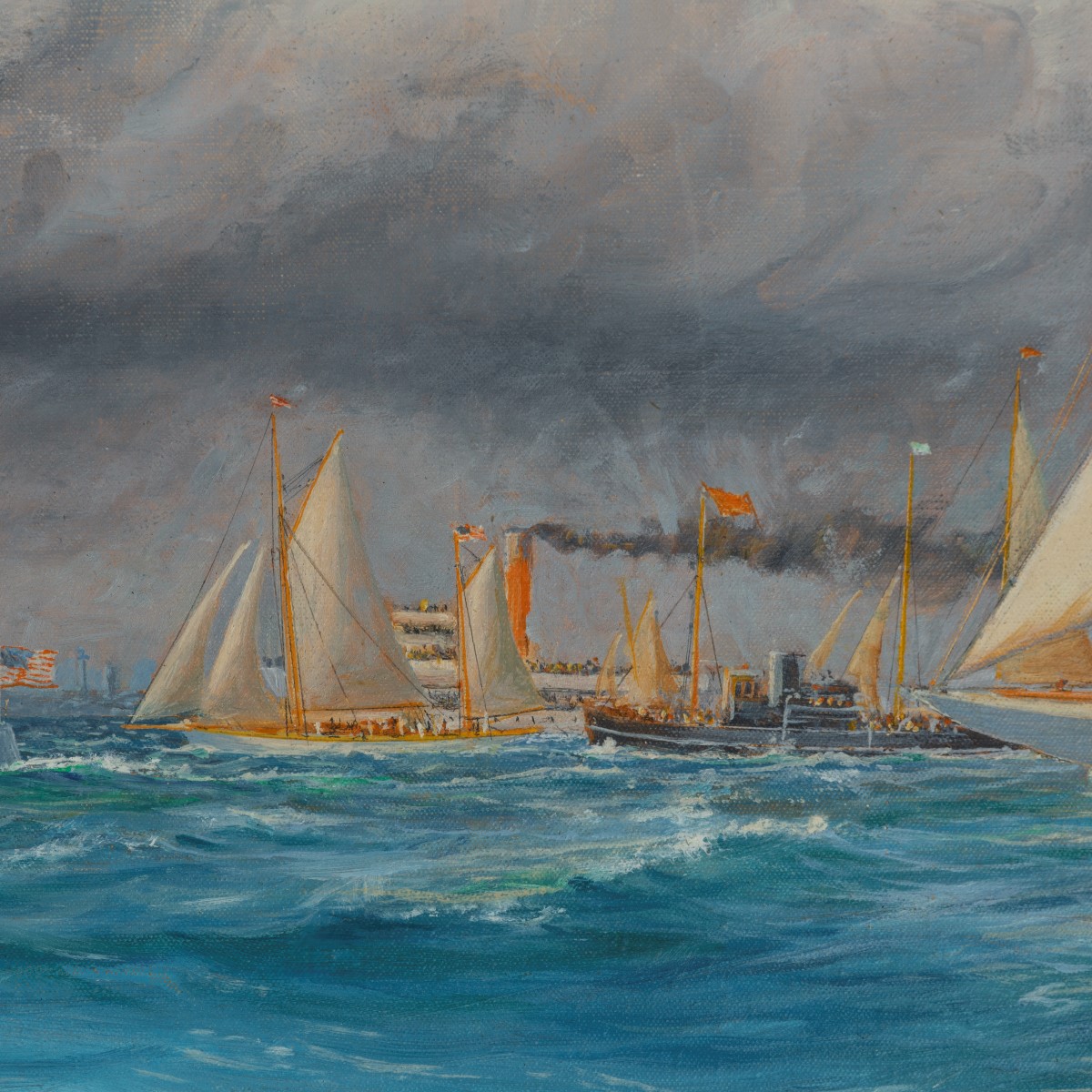 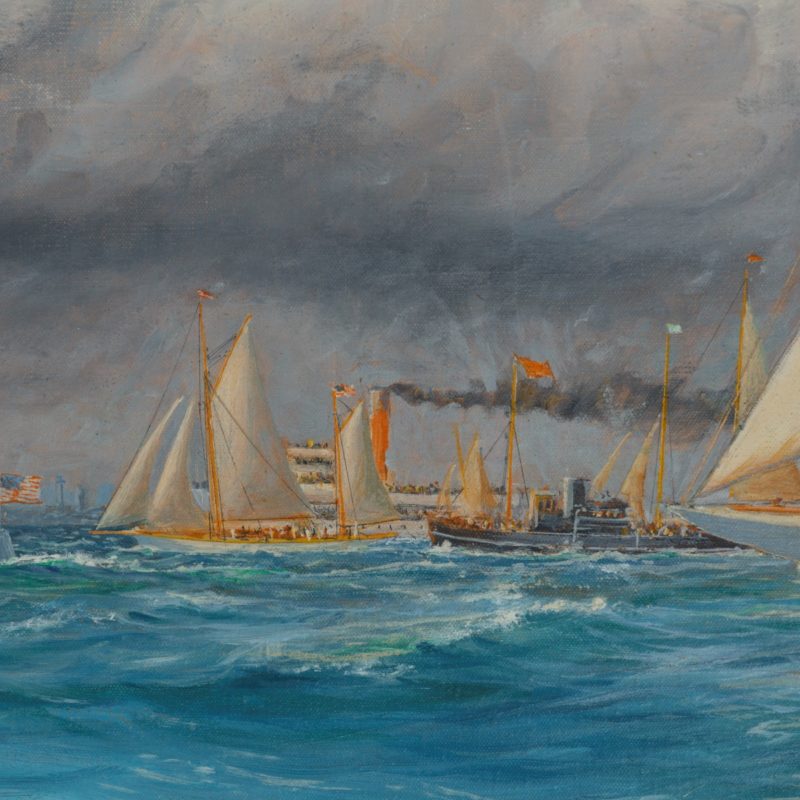 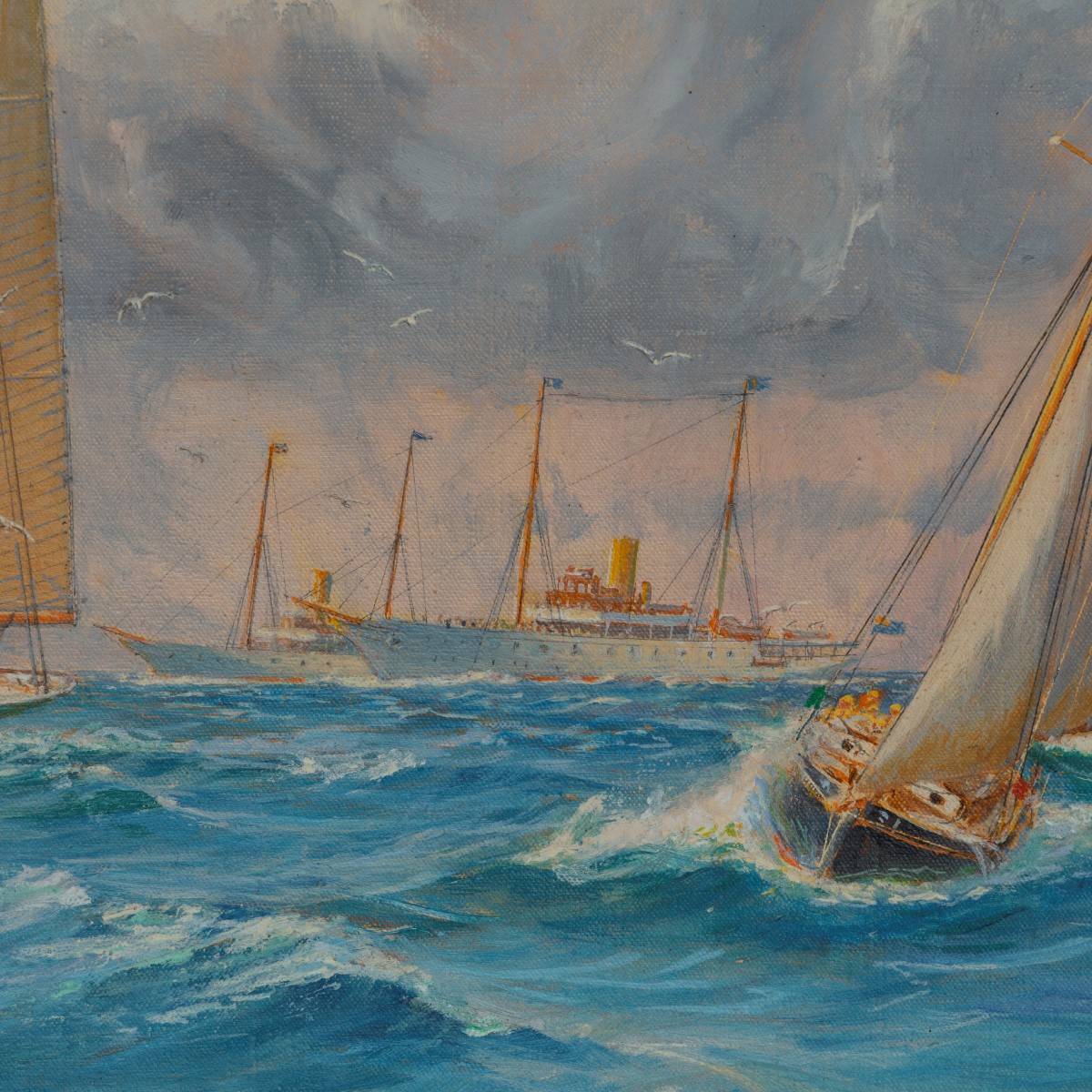 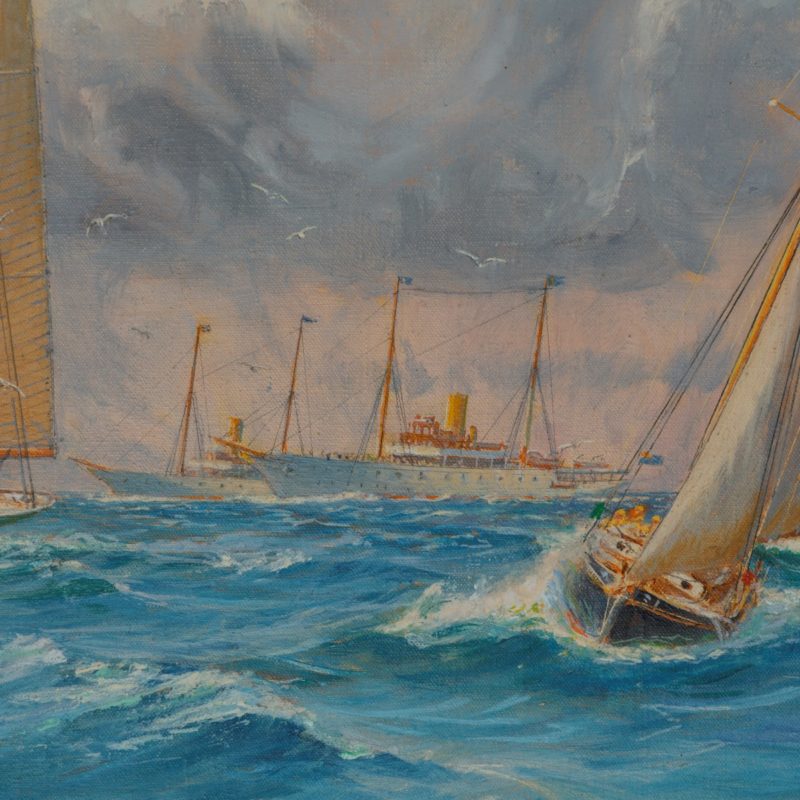 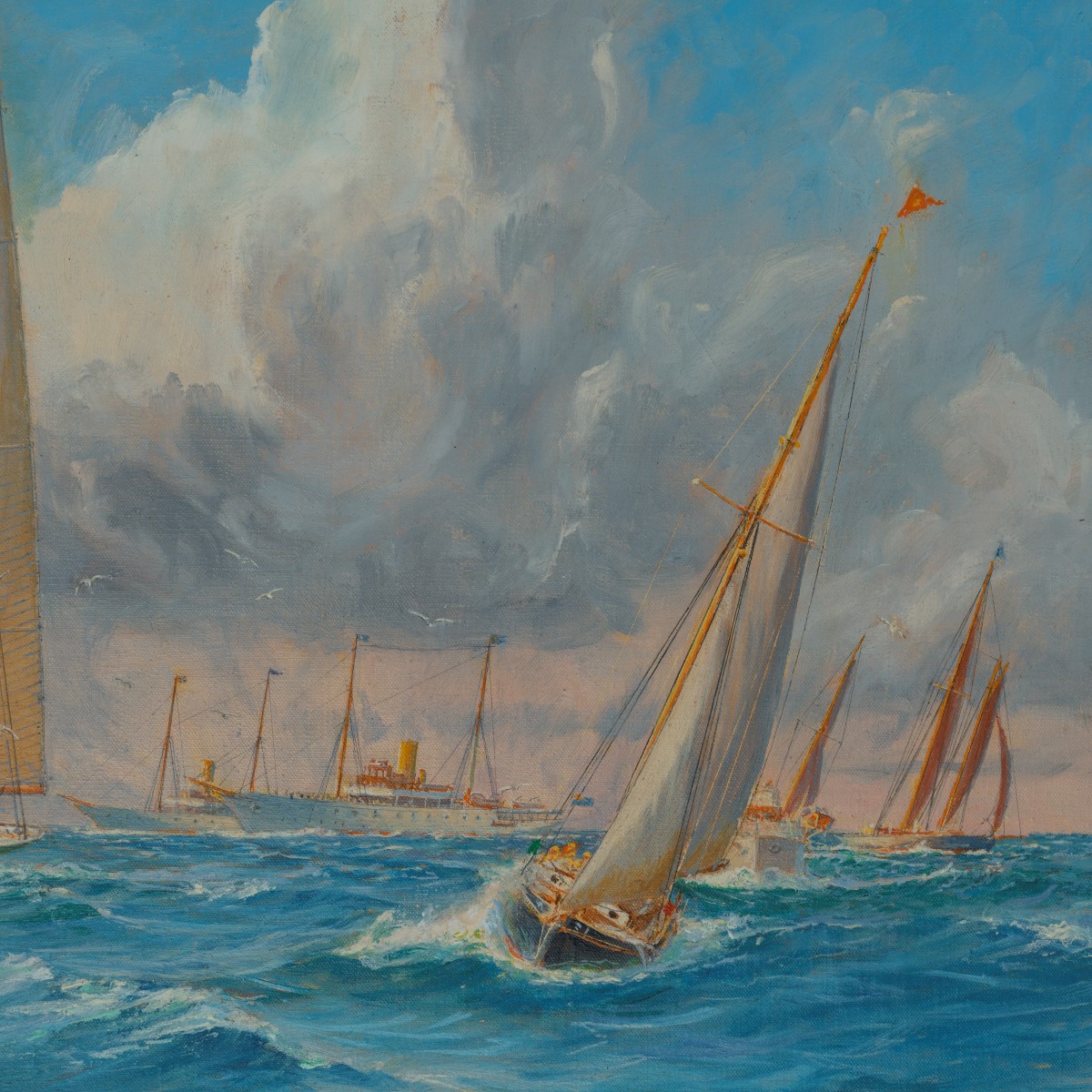 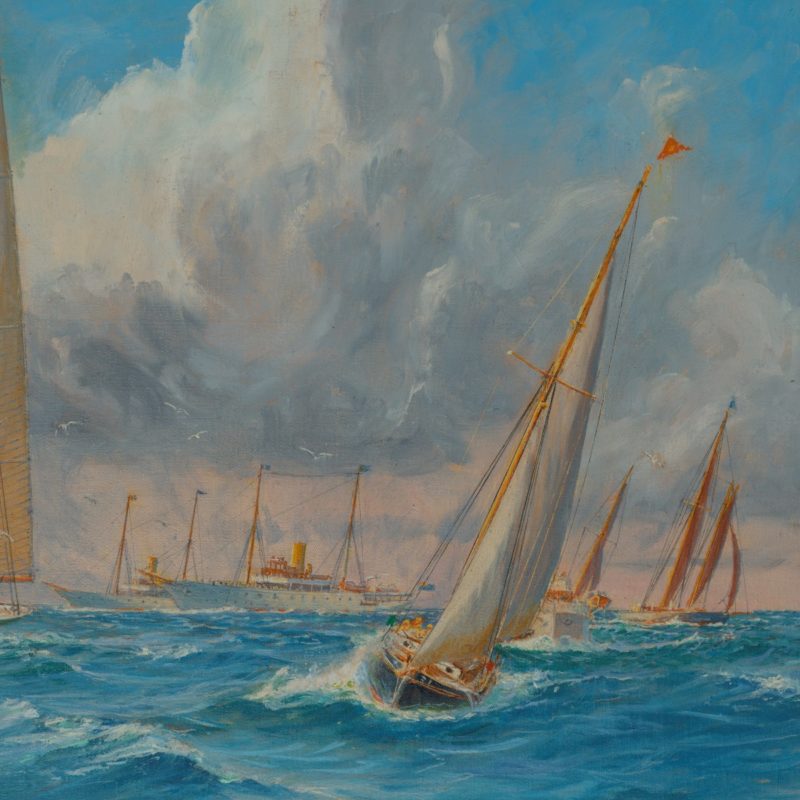 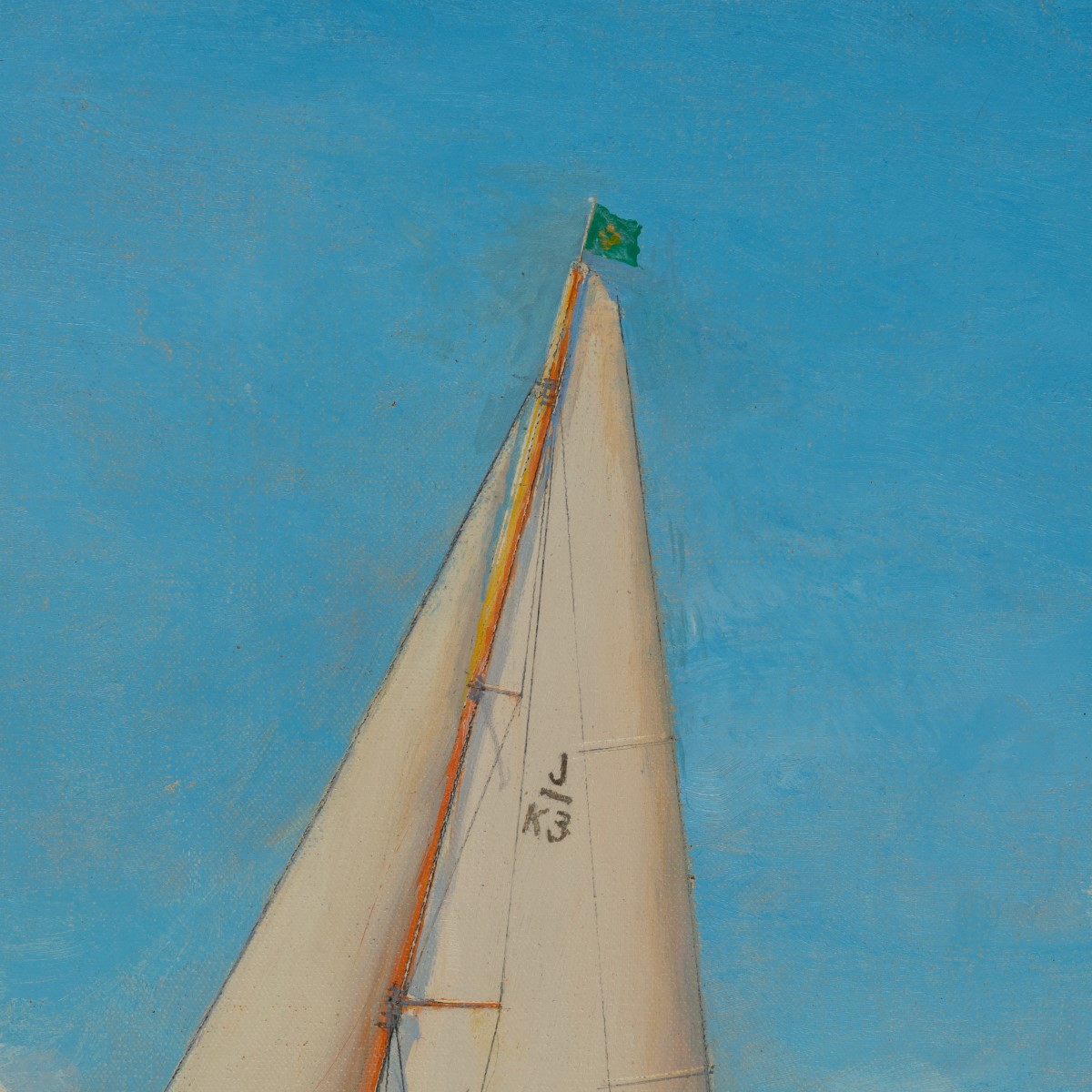 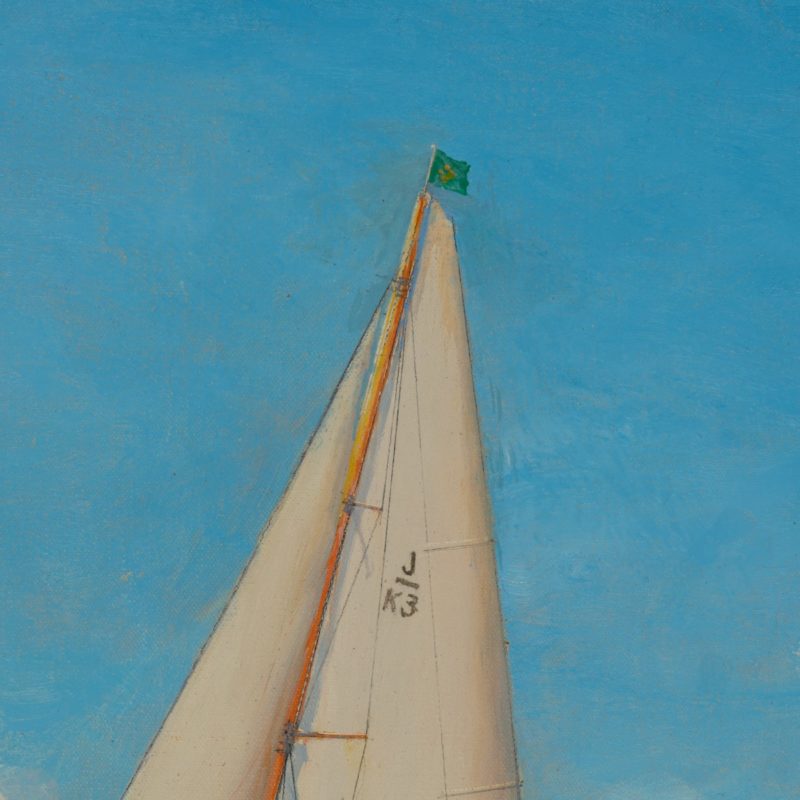 Footnotes: Harold Wyllie (1880-1973) was the eldest son of William Lionel Wyllie. He studied under his father and shared his fascination with naval history. Harold Wyllie was particularly interested in the development of the sailing ship and devoted himself to in-depth research eventually becoming a recognised expert on the subject. He exhibited at the Royal Institute, at the Royal Academy from 1905-1924, and was a founding member of the Royal Society of Marine Artists, of which he was vice-president in 1858.  He served as Honourable Marine Painter to the Royal Yacht Squadron, Cowes, from 1934-1946, although only a handful of his yachting paintings in oil are known to exist.  This is the only one of the America’s Cup as far as we are aware.

The 1930 America’s Cup was the first to be held off Newport, Rhode Island.  It was also the first Cup to be raced with the new and incredibly expensive J-Class yachts.  The previous year Sir Thomas Lipton had offered his fifth and final challenge on behalf of the Royal Ulster Yacht Club, and like all his other contenders he named his yacht Shamrock.  Four American J-Class yachts were launched in preparation for defence of the cup; Whirlwind, Yankee, Weetamoe, and Enterprise.  The last was eventually selected after a very competitive and hard-fought set of three trial races. Built of Tobin bronze by Nathaniel Herreshoff, Enterprise had a mast made of duralumin which was over a third lighter than Shamrock V’s heavy wooden mast.  However, Shamrock V had had an outstanding racing season during the summer of 1930, winning 15 races and coming second in four more, and she crossed the Atlantic with a great deal of expectation. Built mostly of steel by Camper & Nicholson, she was 81.1 feet on the waterline.  One major disadvantage was that her rigging and gear were not as high quality as that of Enterprise.  In addition, the crew of Shamrock V was a combination of professionals and amateurs, compared with the all professional crew of Enterprise.  The competition was organized as a best of seven races event. It began in hazy conditions off Newport, and Enterprise, skippered by Harold Vanderbilt, won the first two races, particularly the second, easily, but in the third race Shamrock V was leading until she lost her main halyard and had to be towed back to port.  In the fourth race Enterprise won by nearly 6 minutes and so retained the Cup.