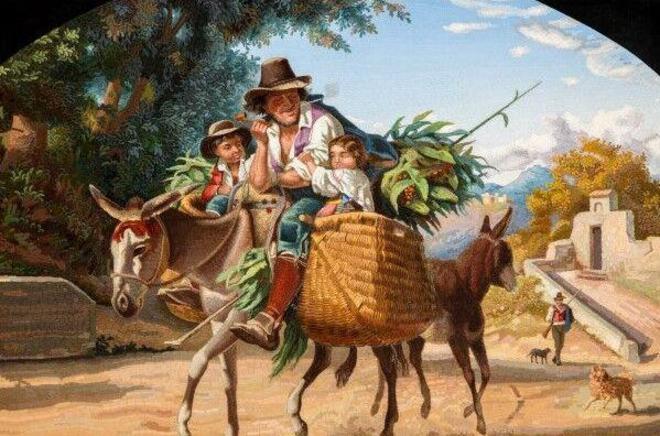 This weekend we are building the stand and papering the walls inside the huge and magnificent marquee that is home to Masterpiece for the next 10 days. Several of the pieces we are taking have already featured in newsletters but others we have kept under wraps until the last minute. Above is one of Charlie’s favourites – a stunning Italian 19th century micro mosaic of a farmer and his children riding on a donkey. I think he loves it because it is such a happy scene (perhaps not for the donkey) and the details are so incredible, right down to the smoke wafting out of the farmer’s pipe, when you think that it is entirely made from minute stones it is almost unbelievable – in fact we thought it was an oil painting.

Caroline’s choice also features a form of micro mosaic and a rural scene. This is a Japanese gold lacquer table screen showing a family running for cover from a rainstorm to a welcoming inn. The minute details in this technique, known as shibayama, are rendered in mother-of-pearl, stained bone and tortoiseshell rather than stone but it is nonetheless intricate and skillful work. Other pieces will include: