A Silver gilt bowl that was given by William IV as a prize for the Cowes Regatta in the 1830’s has been returned to Britain after being found in the United States. It will be sold at The Chelsea Antiques Fair in London next week, the dealer who tracked it down and brought it back.

Featured in The Telegraph 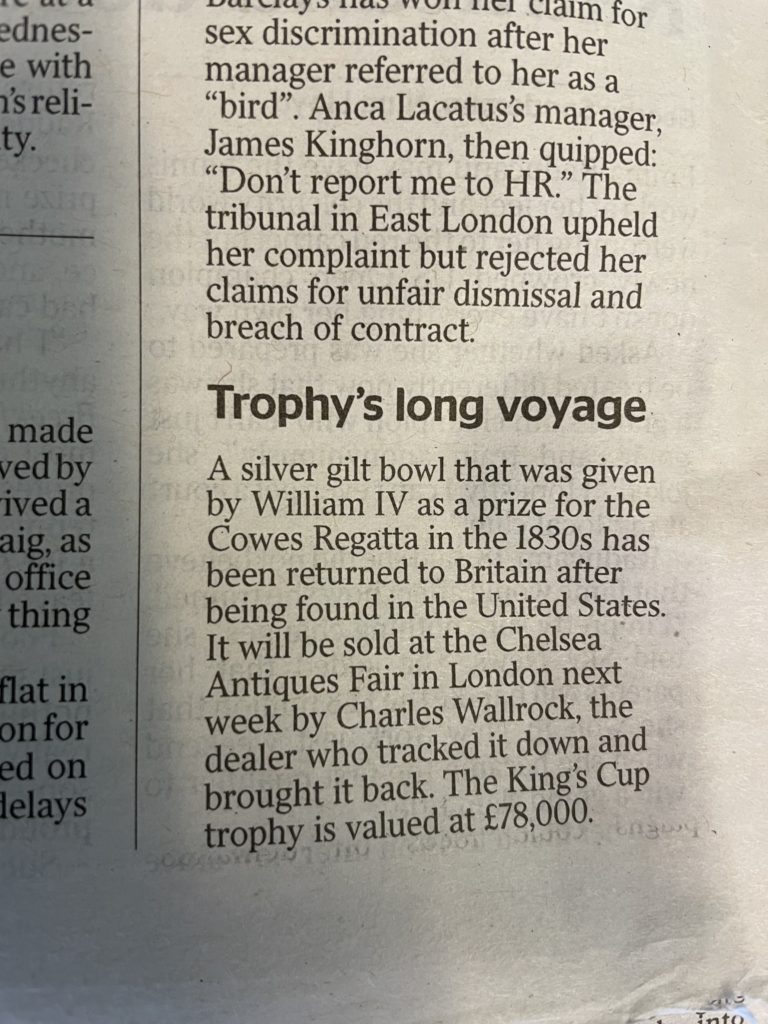