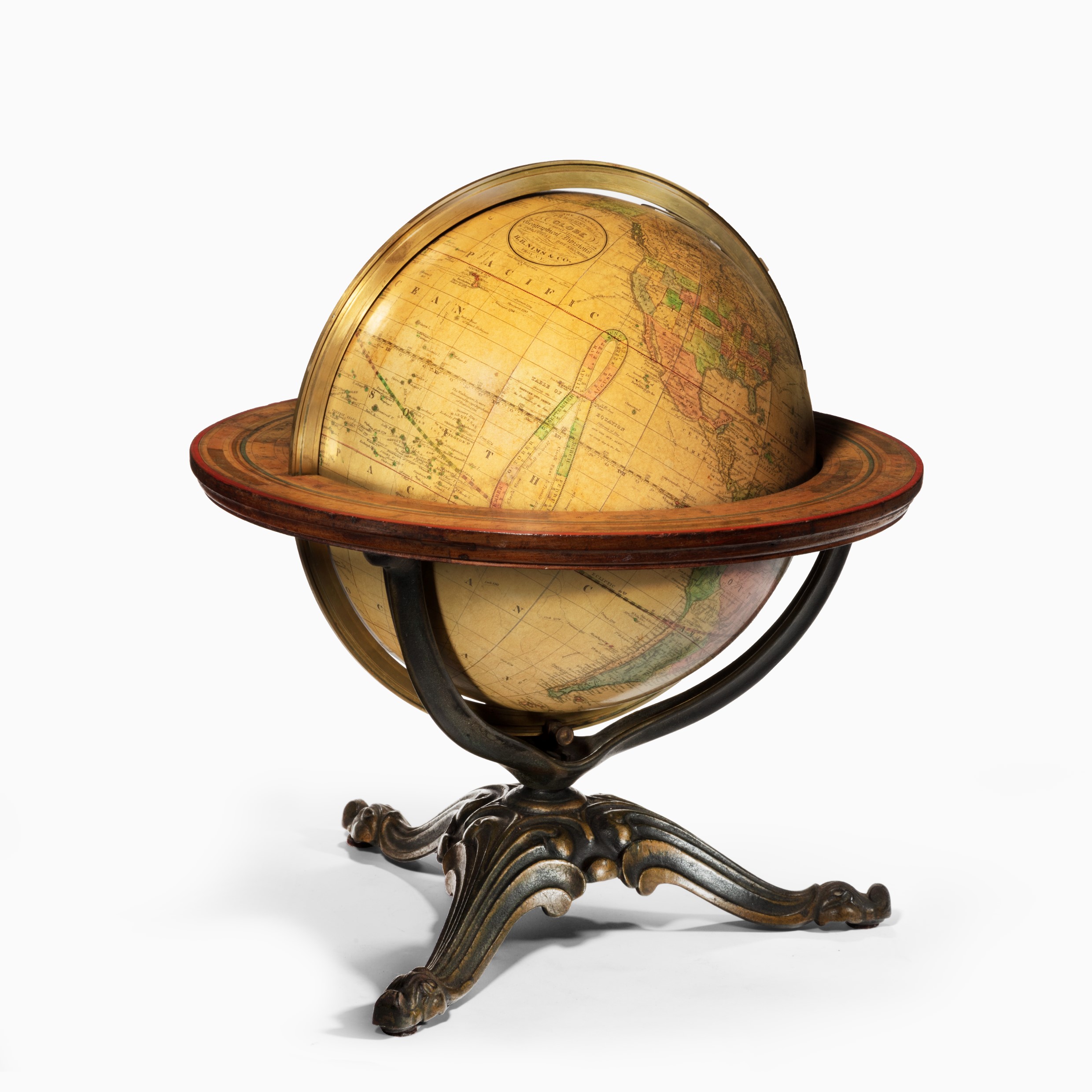 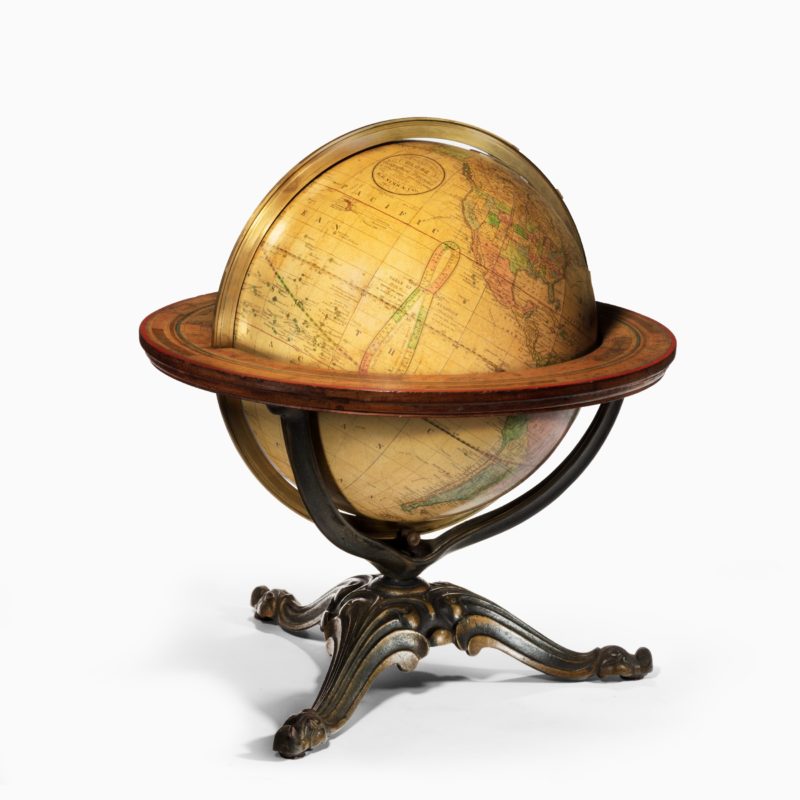 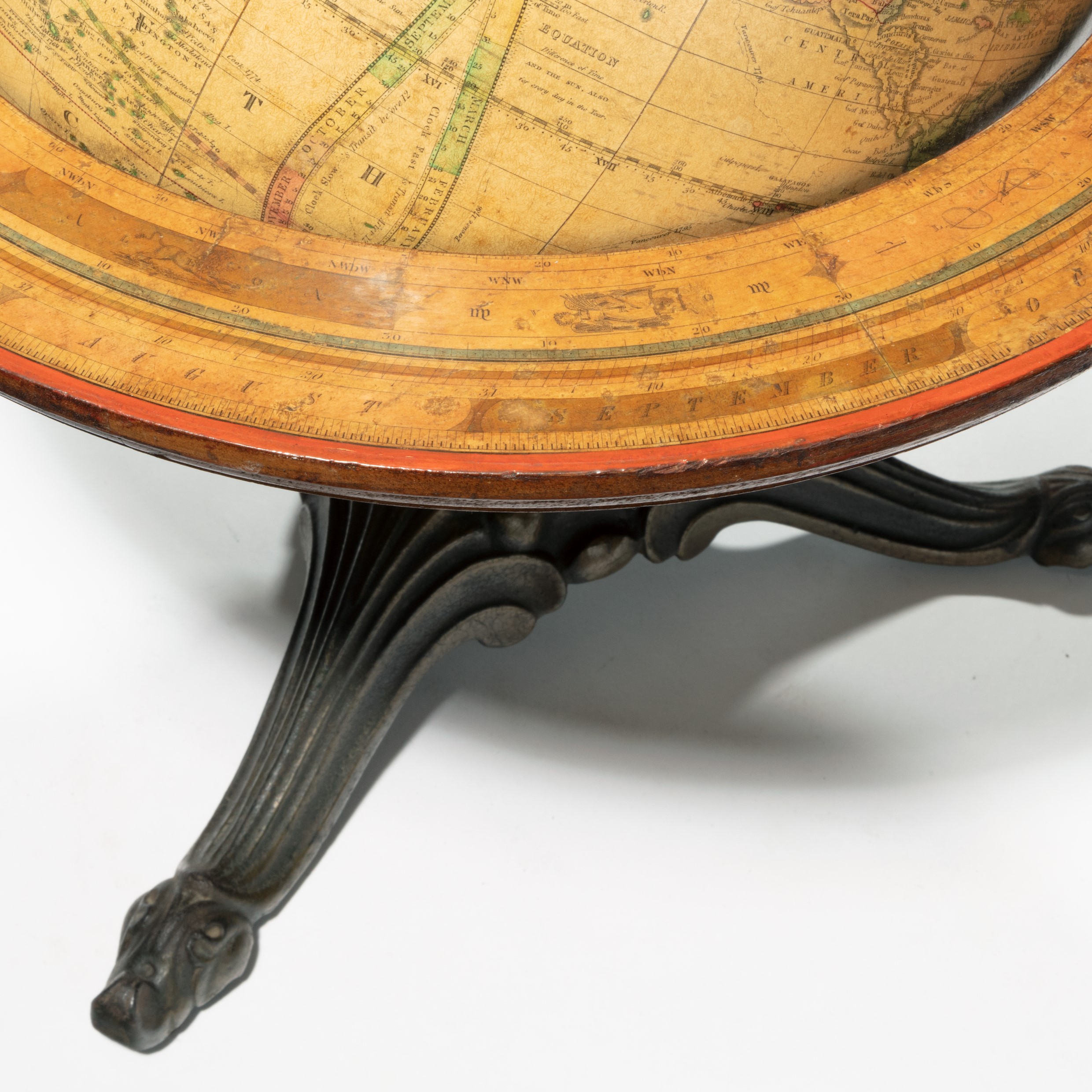 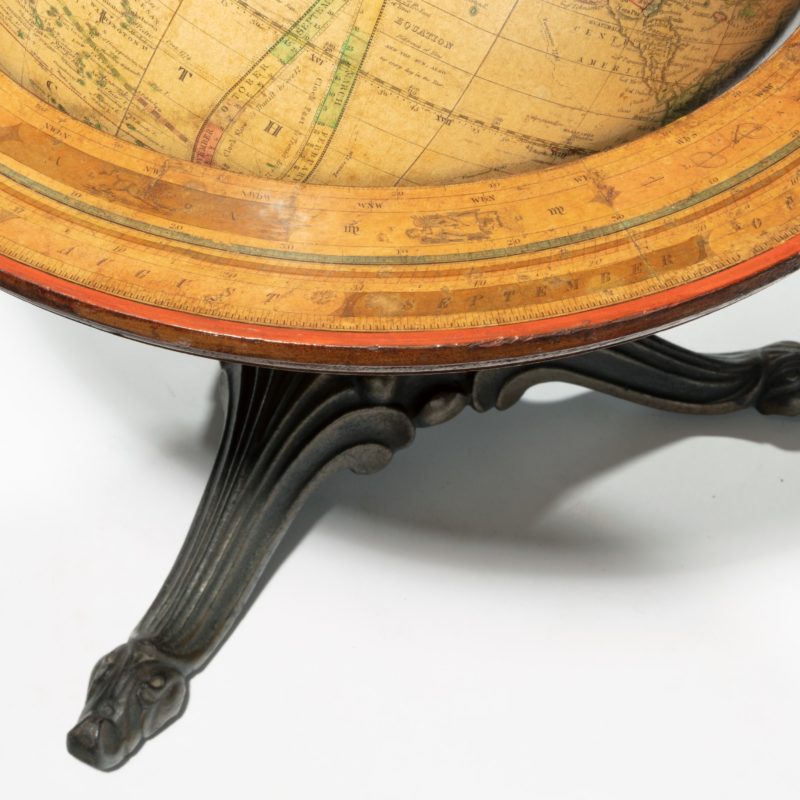 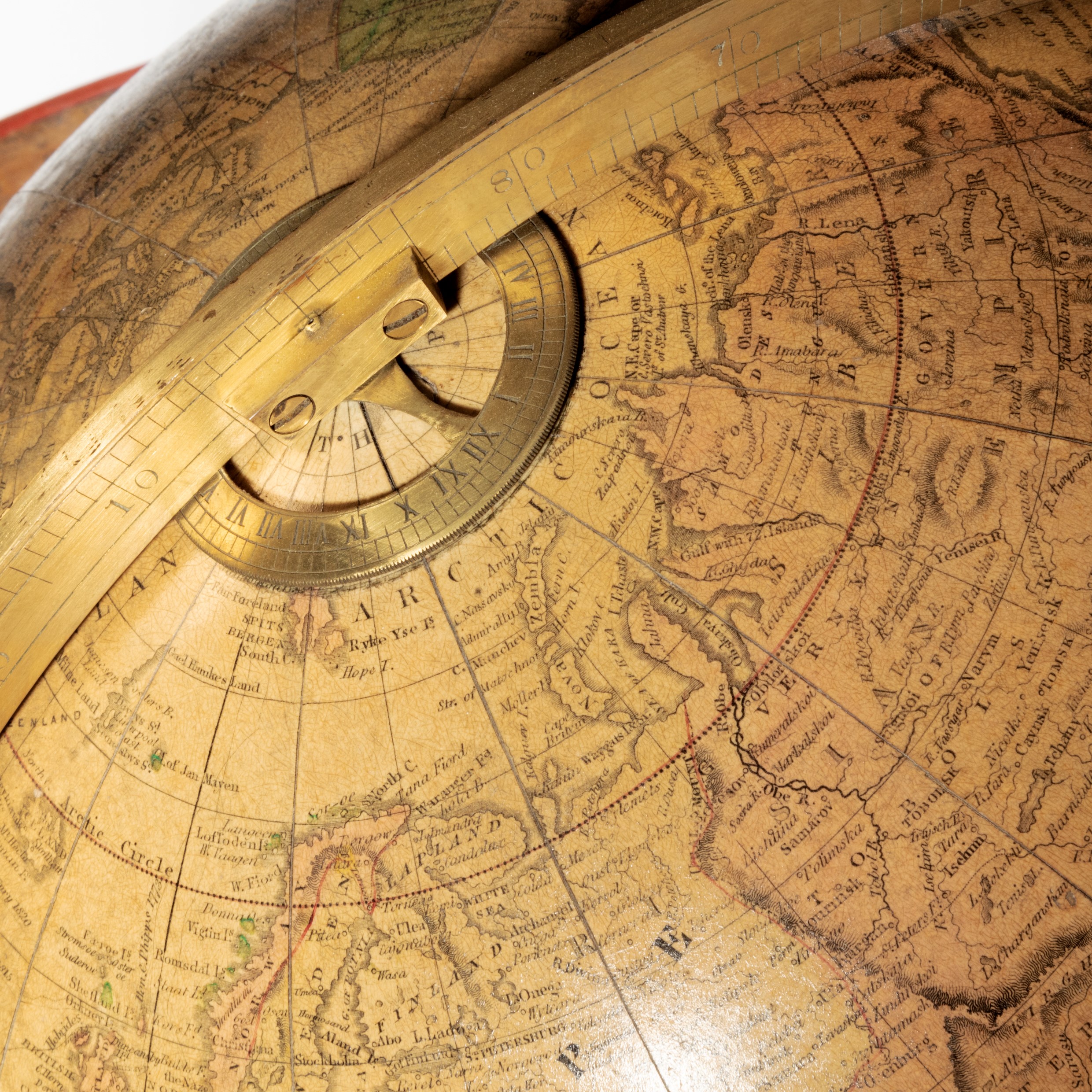 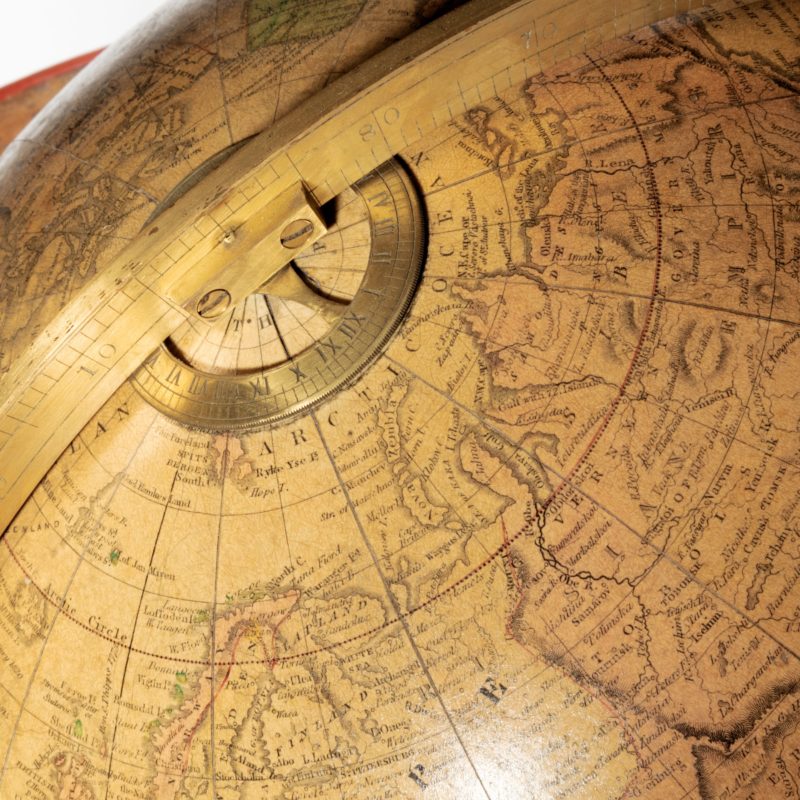 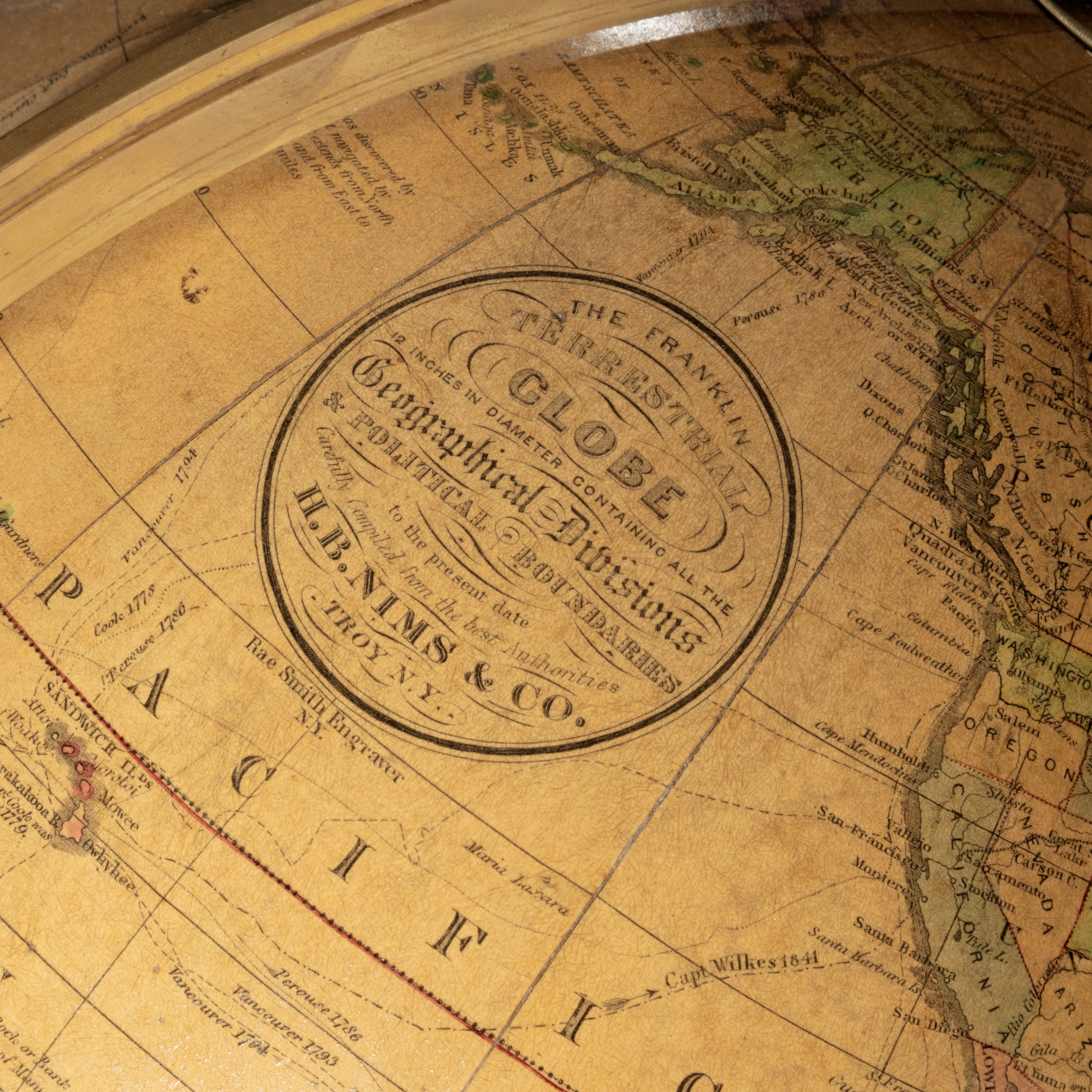 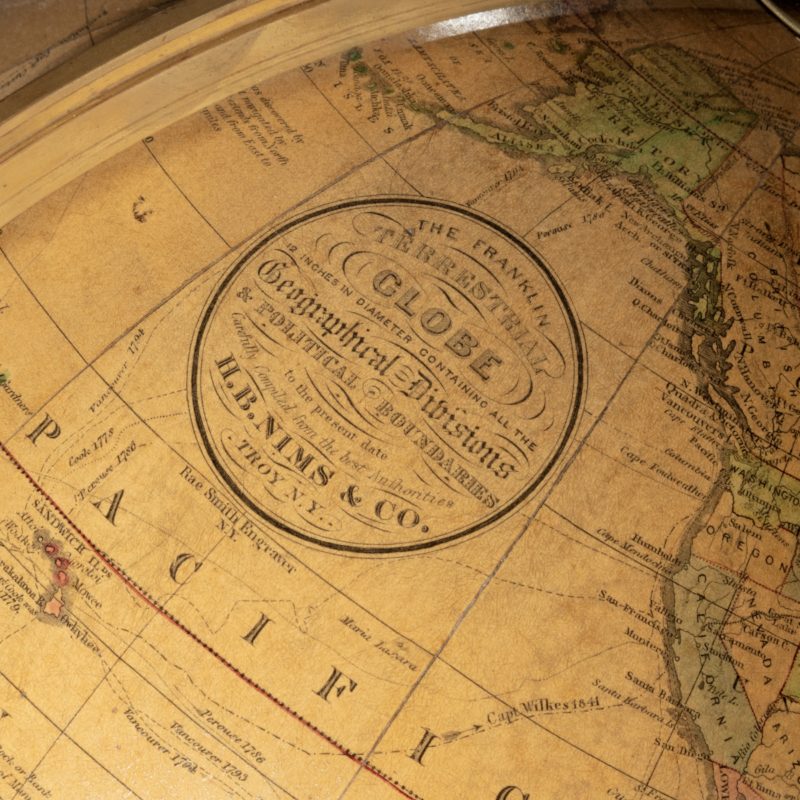 Footnote:  The first Franklin terrestrial globe was issued in the mid-1850s by Merriam & Moore, booksellers in Troy, N.Y. They would issue several new editions over the course of the next half century and were supplied by a succession of globe makers, including H.B. Nims & Co., later named Nims & Knight.