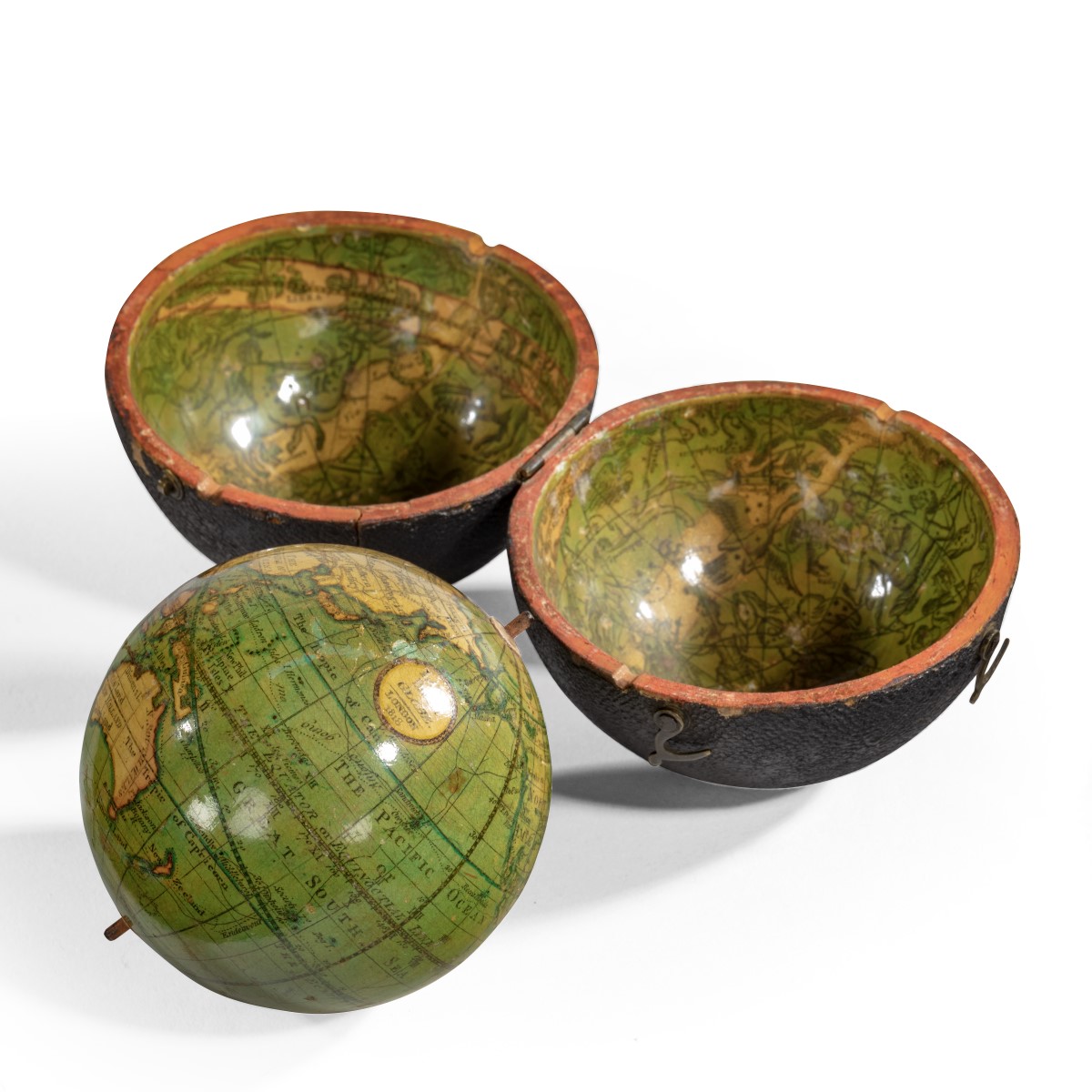 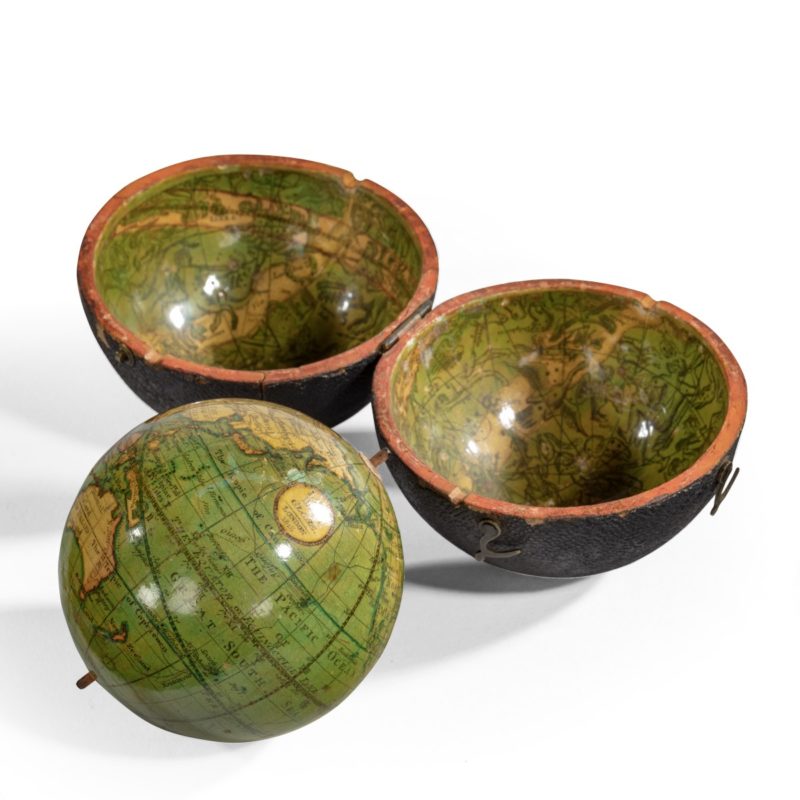 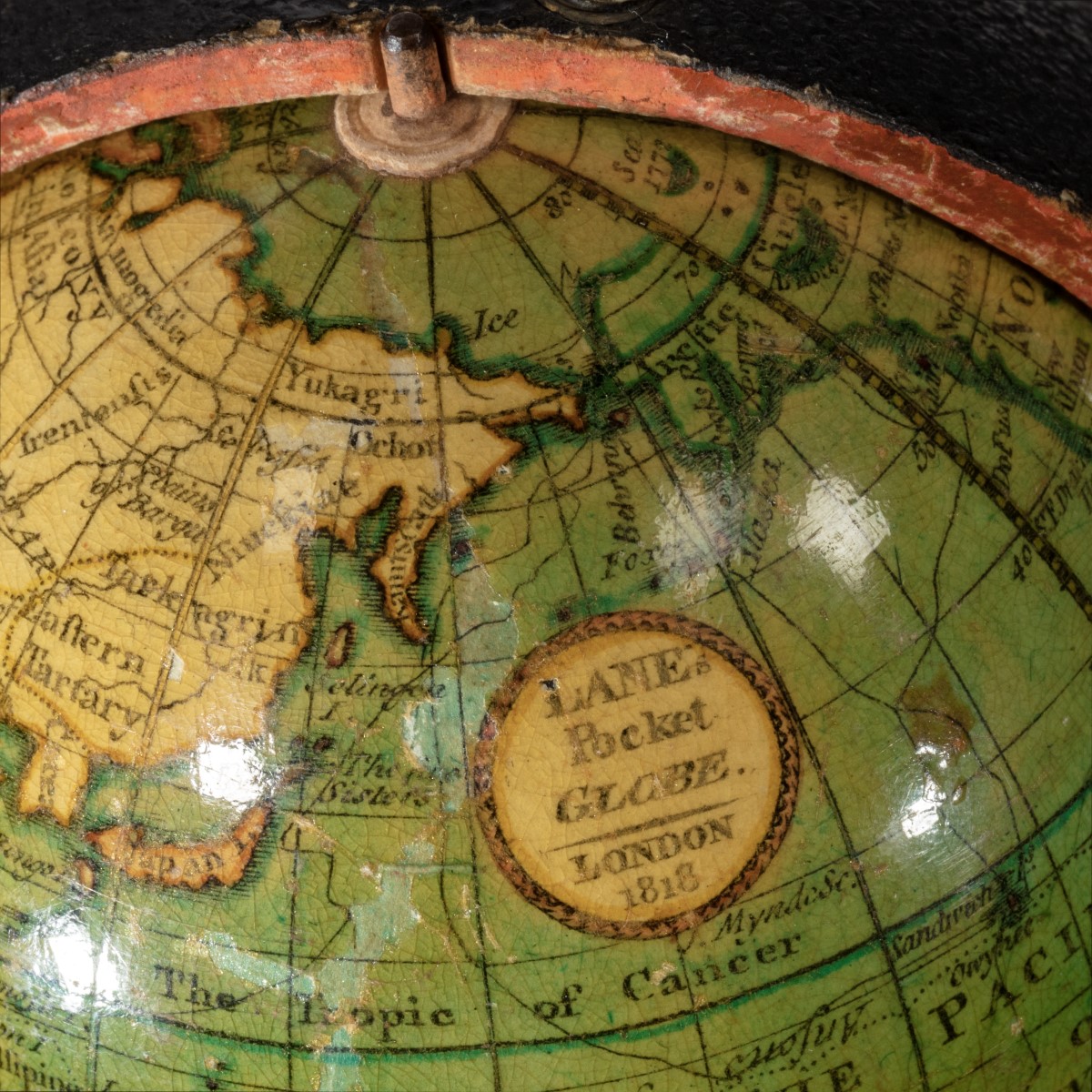 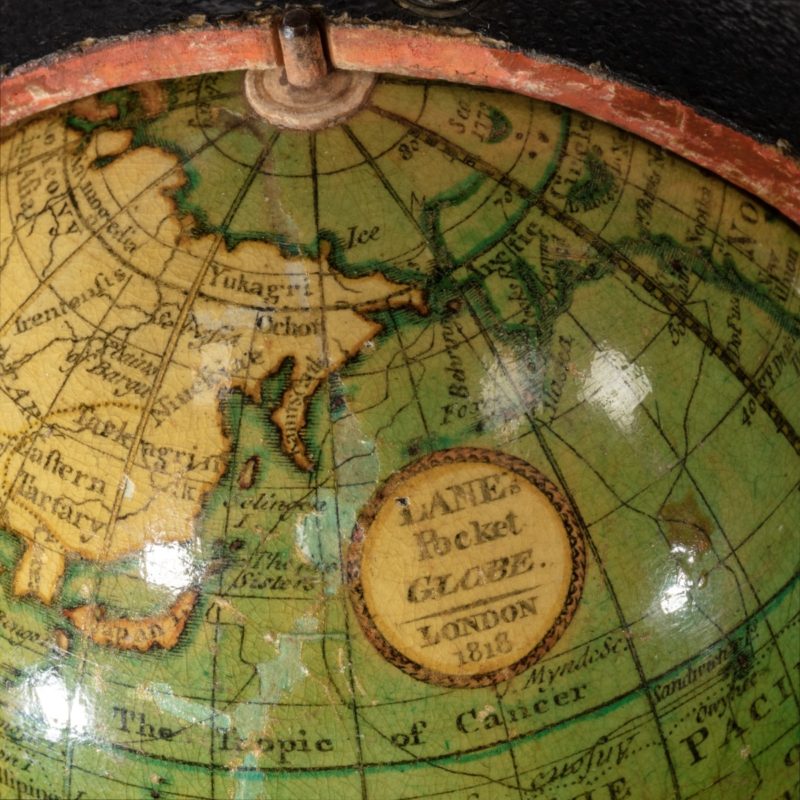 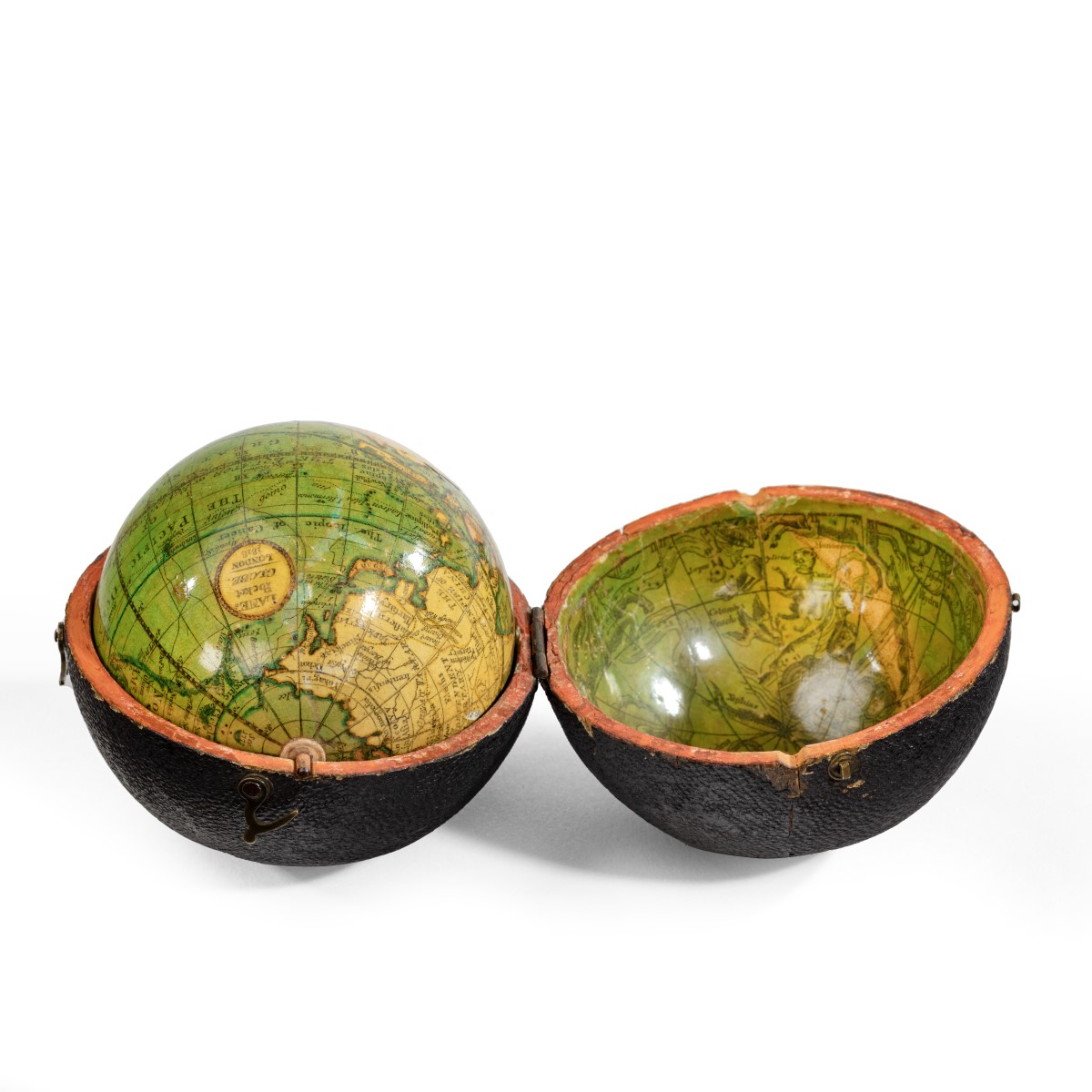 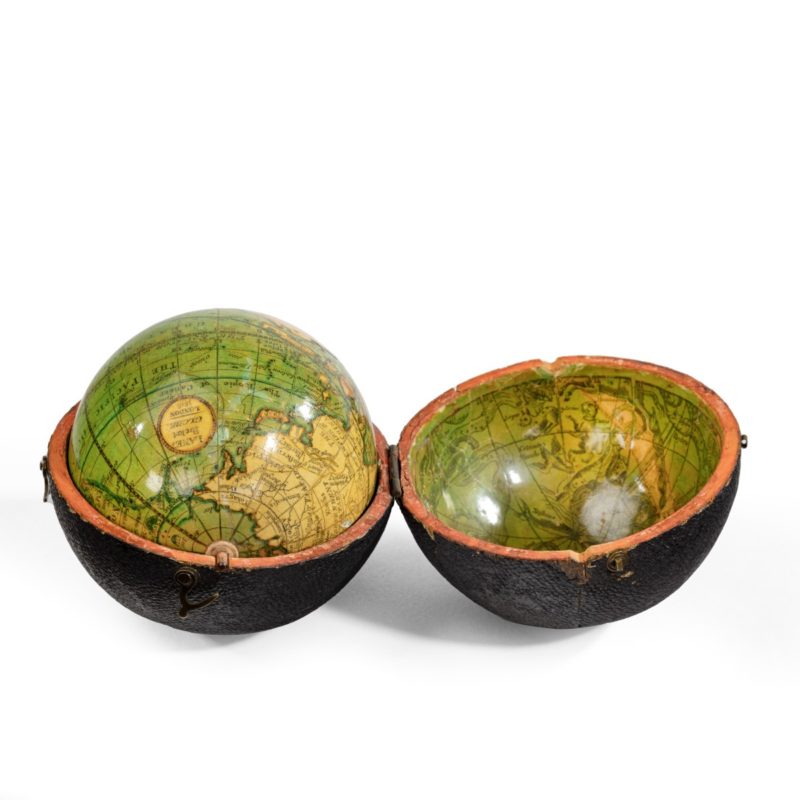 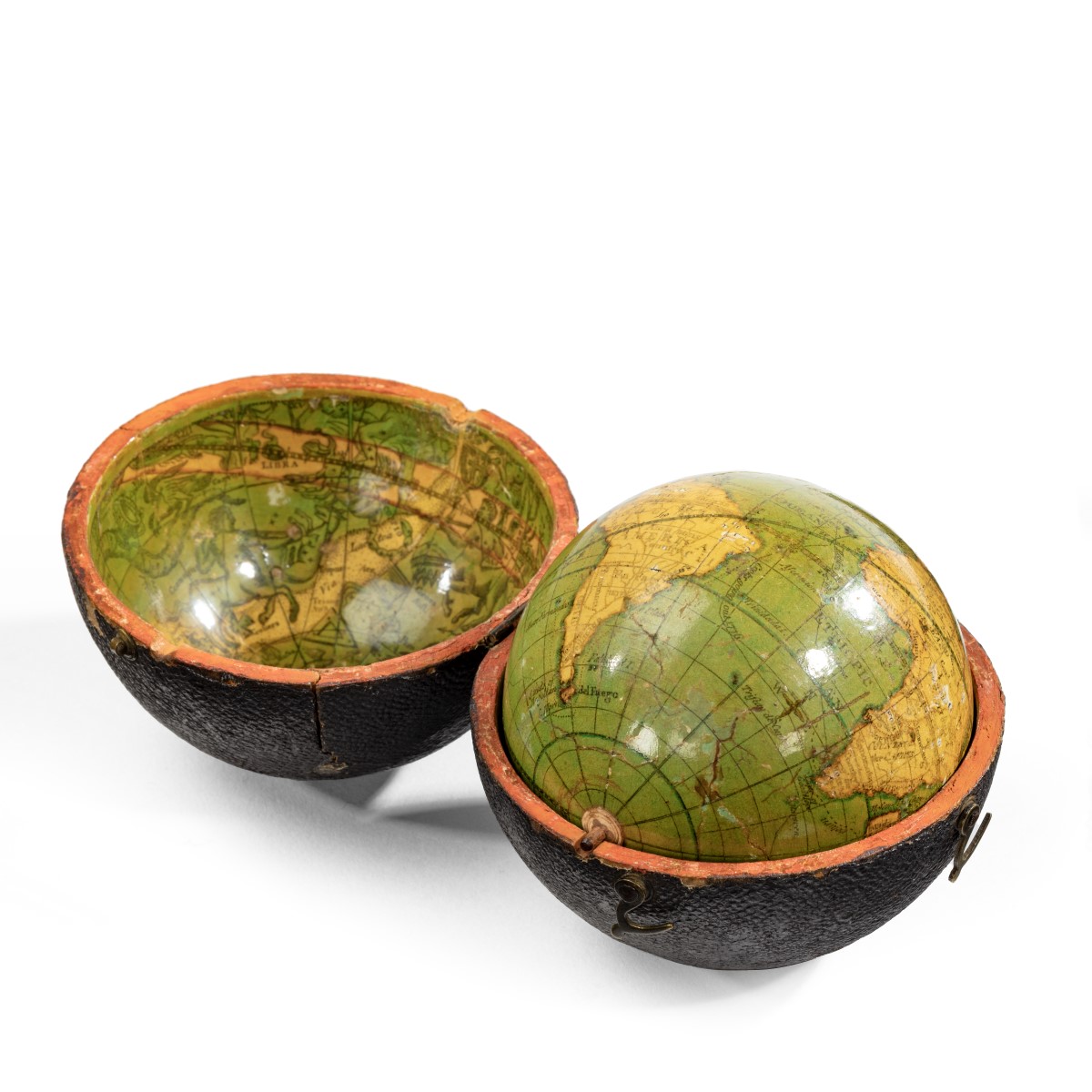 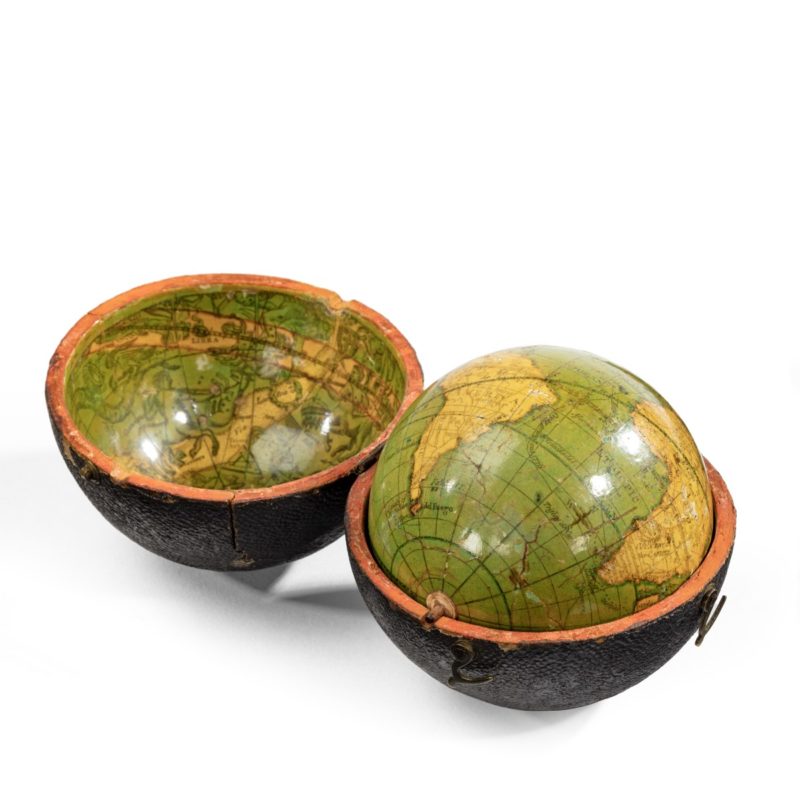 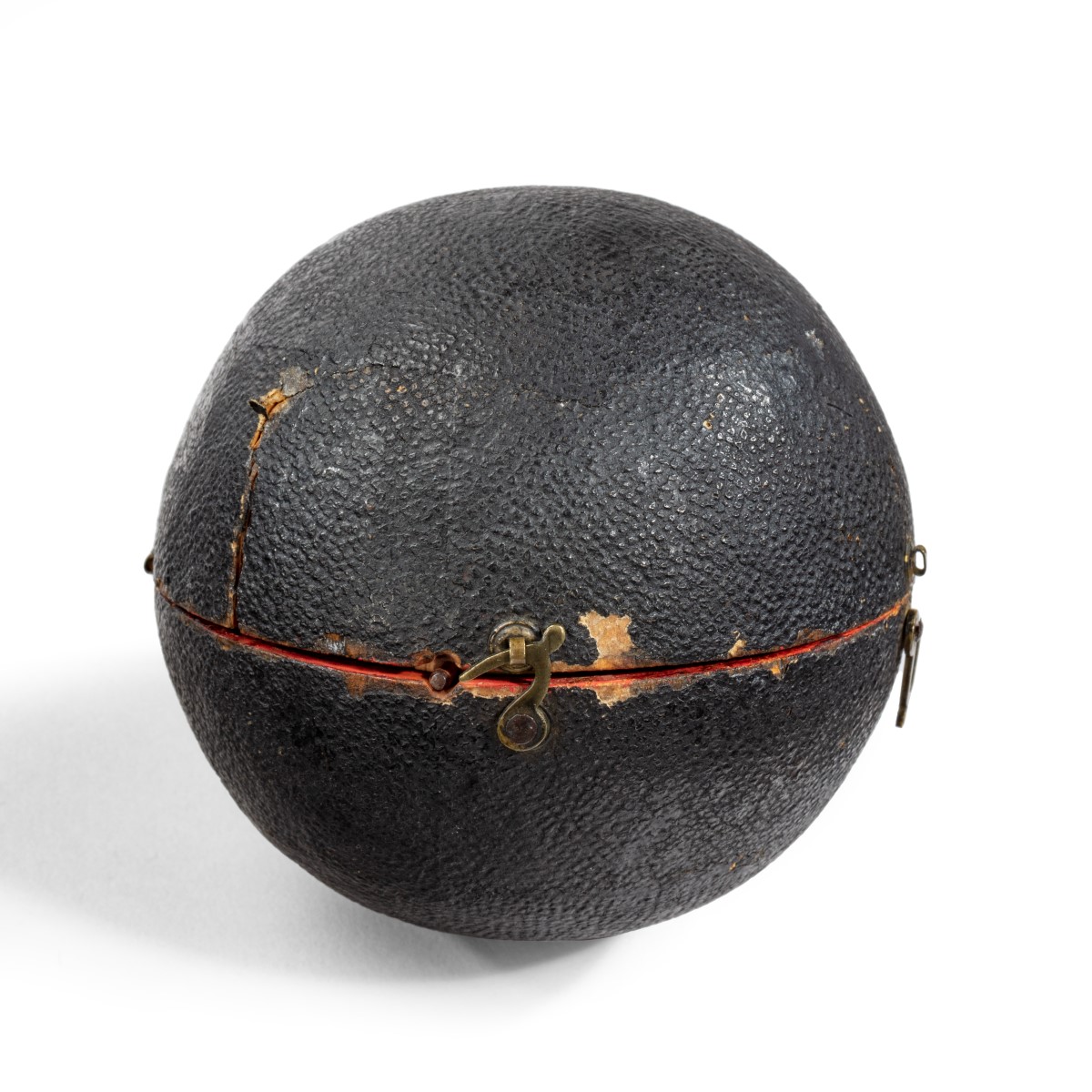 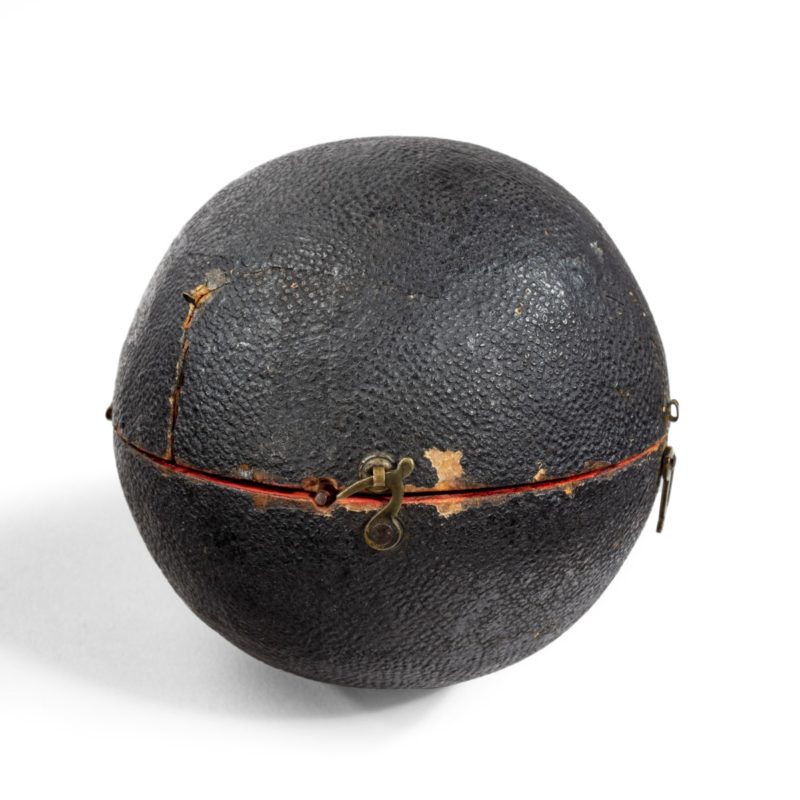 A 3 ½ inch Regency Lane’s pocket globe, dated 1818, the terrestrial globe with the seas in light green and the land masses outlined in darker green, contained within a hinged black shagreen case, the concave interior of the case applied with the engraved celestial charts of the Northern and Southern skies and symbols of the Zodiac and inscribed in a cartouche ‘Lane’s Pocket Globe, London, 1818’.  English.

Nicholas Lane (fl. 1775-1783) set up one of the major pocket globe manufacturers of the late 18th century.  His first globes may have used the copper plates for the celestial gores from the Cushee firm of globe makers, which was dissolved around 1775.  By 1783 he was recorded in Southwark, his globes continue to be highly sought after.