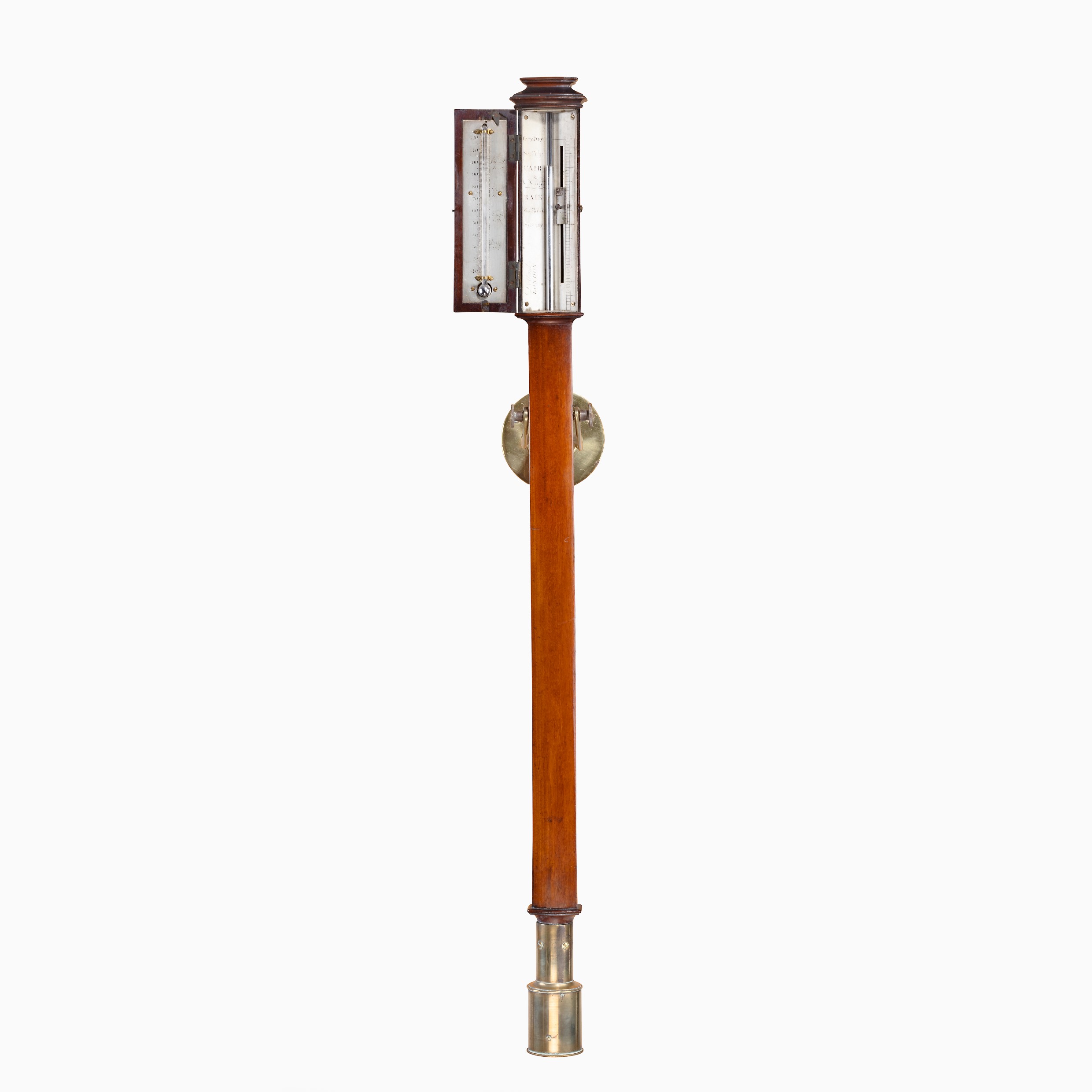 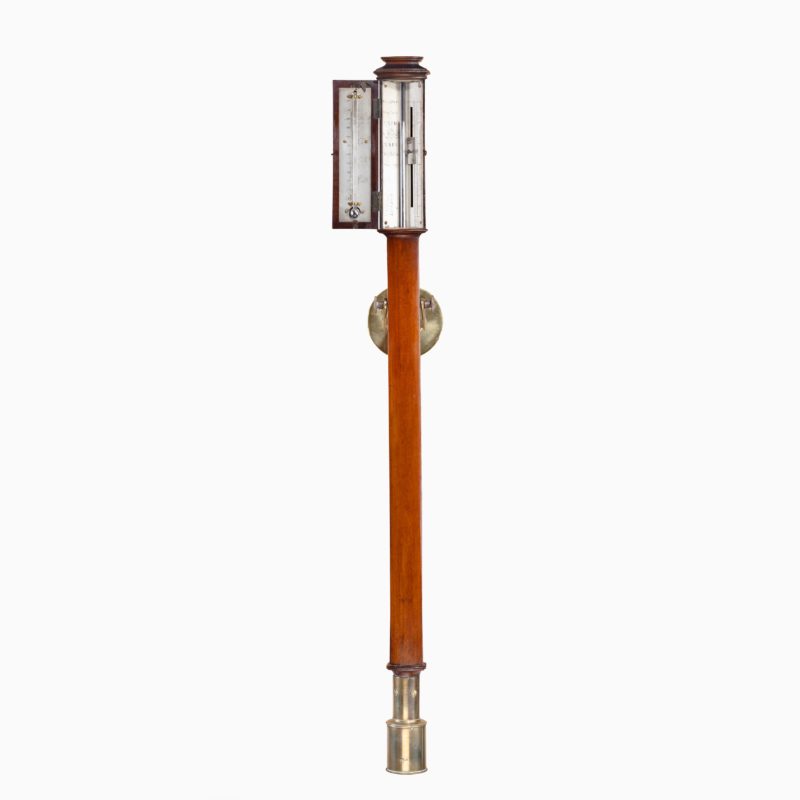 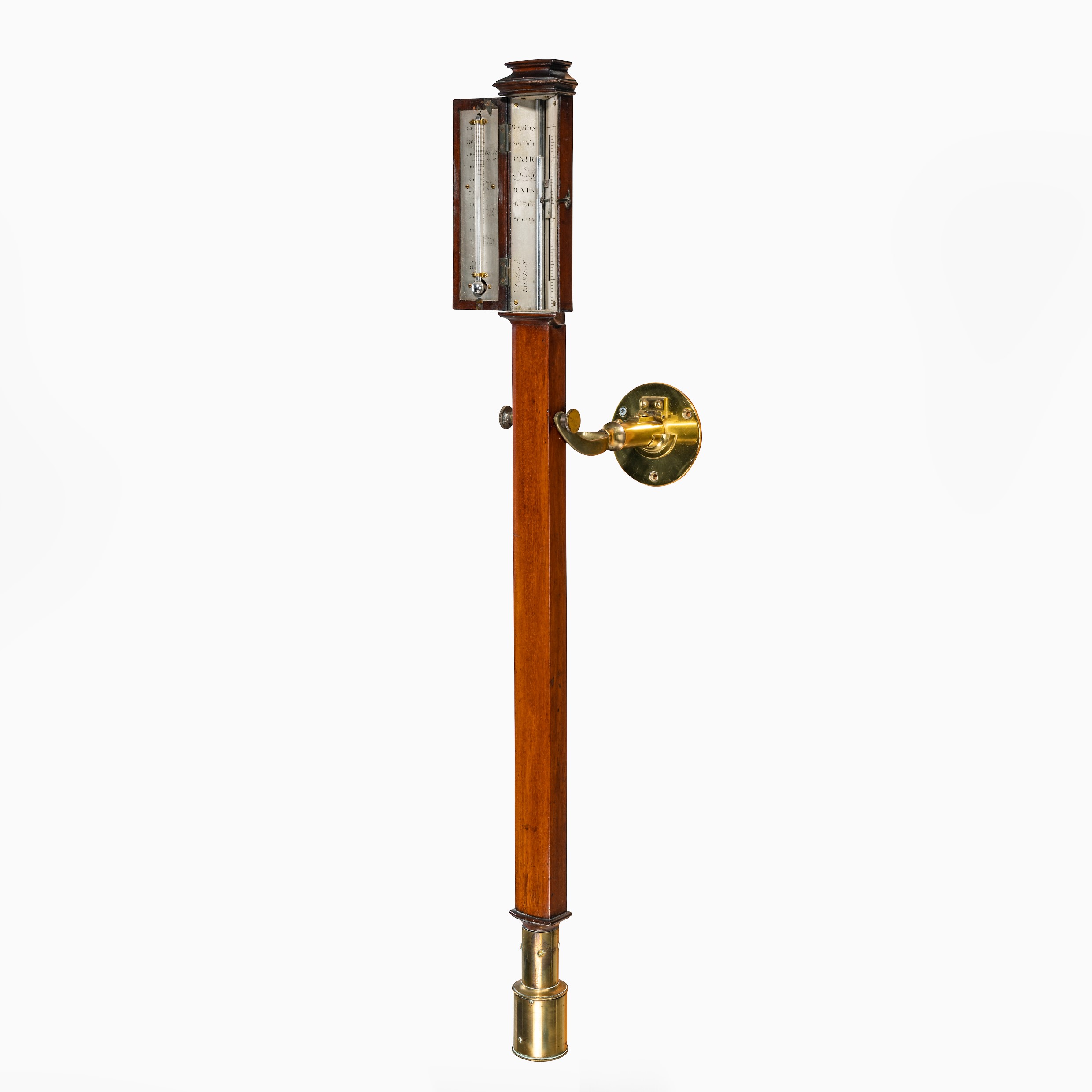 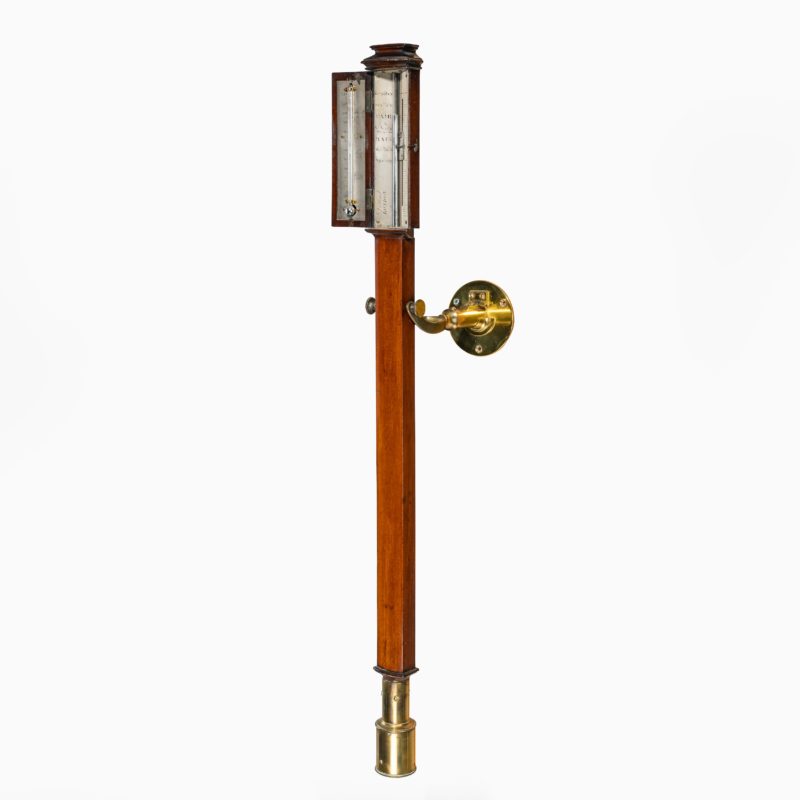 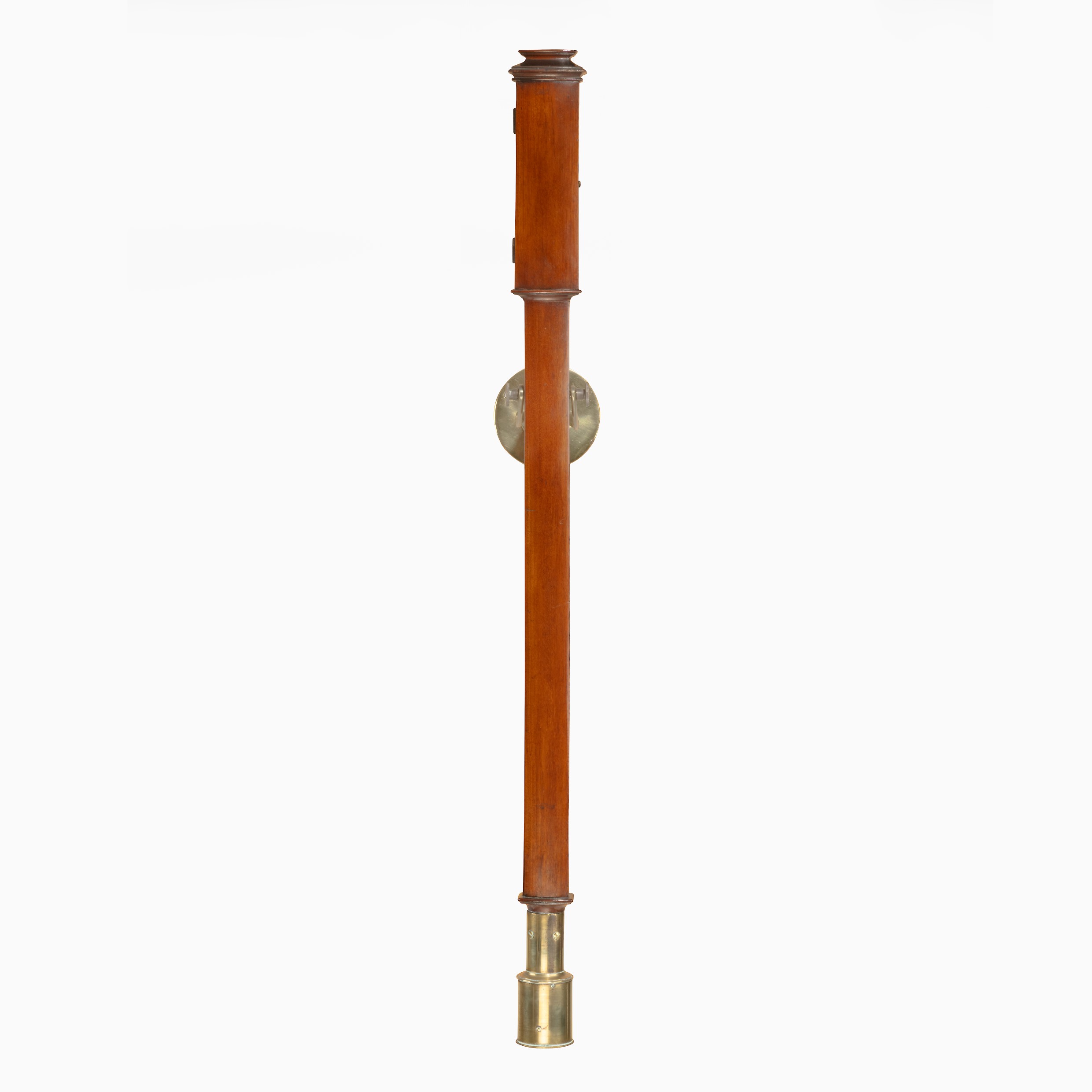 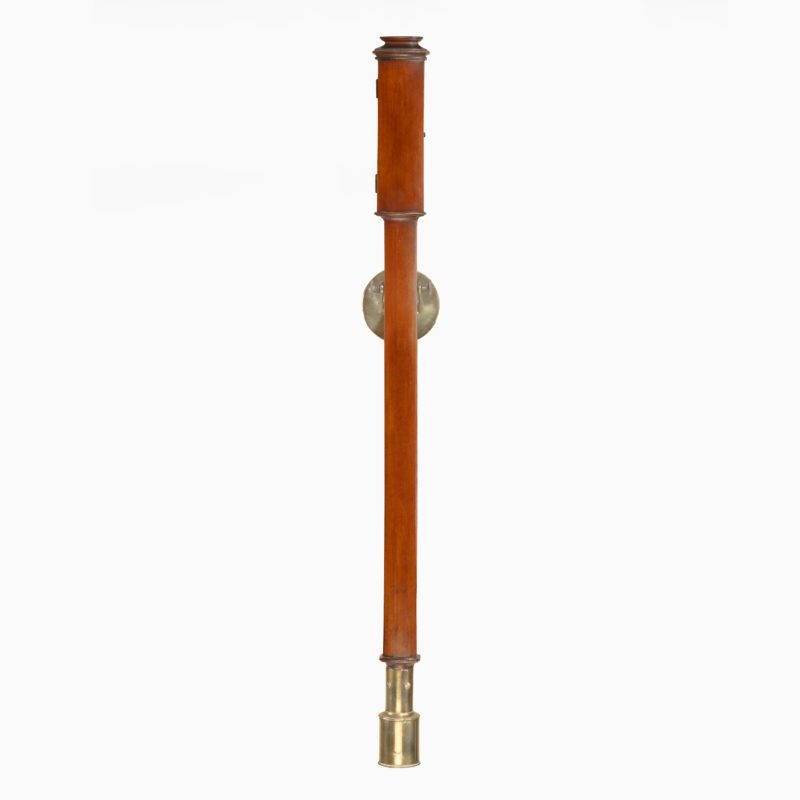 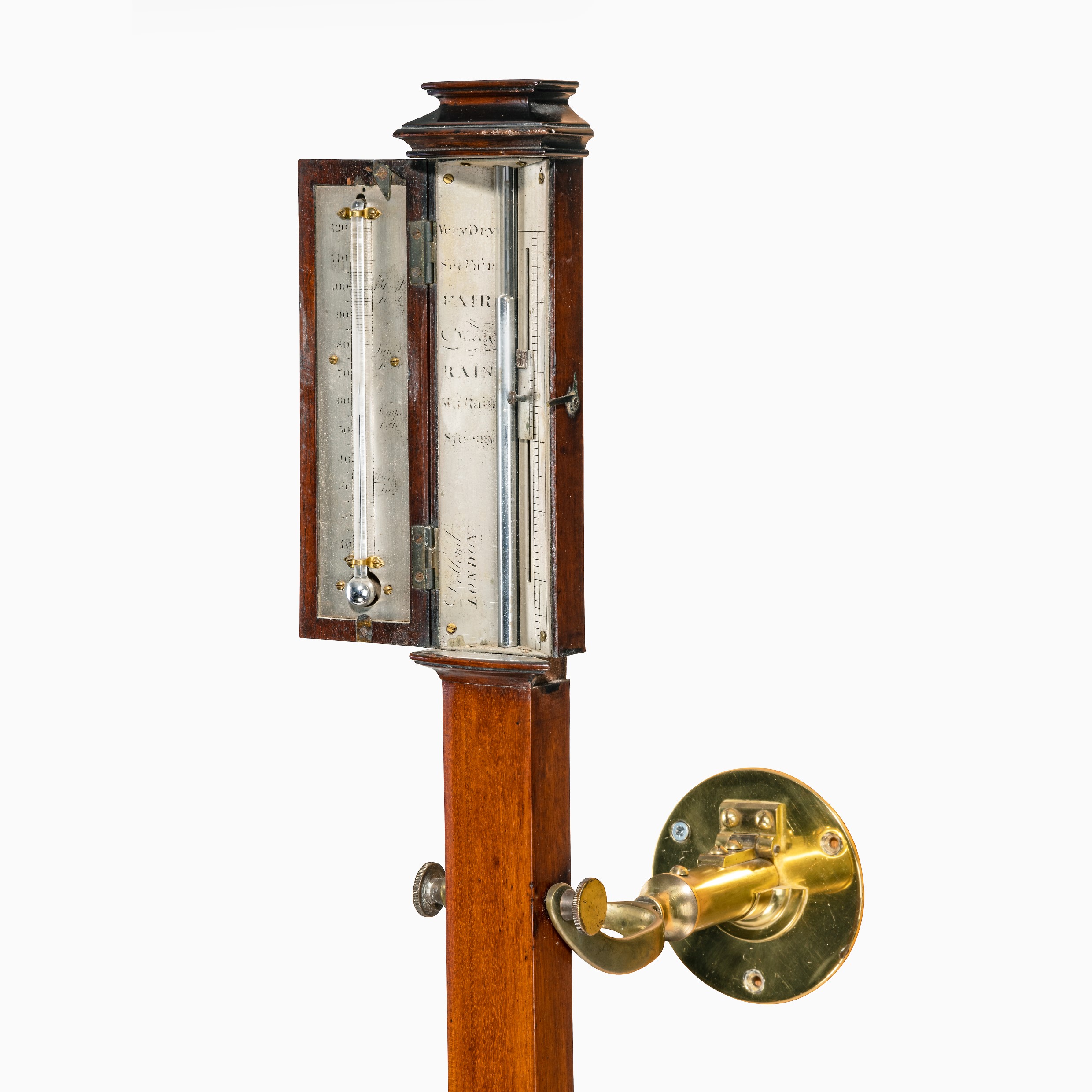 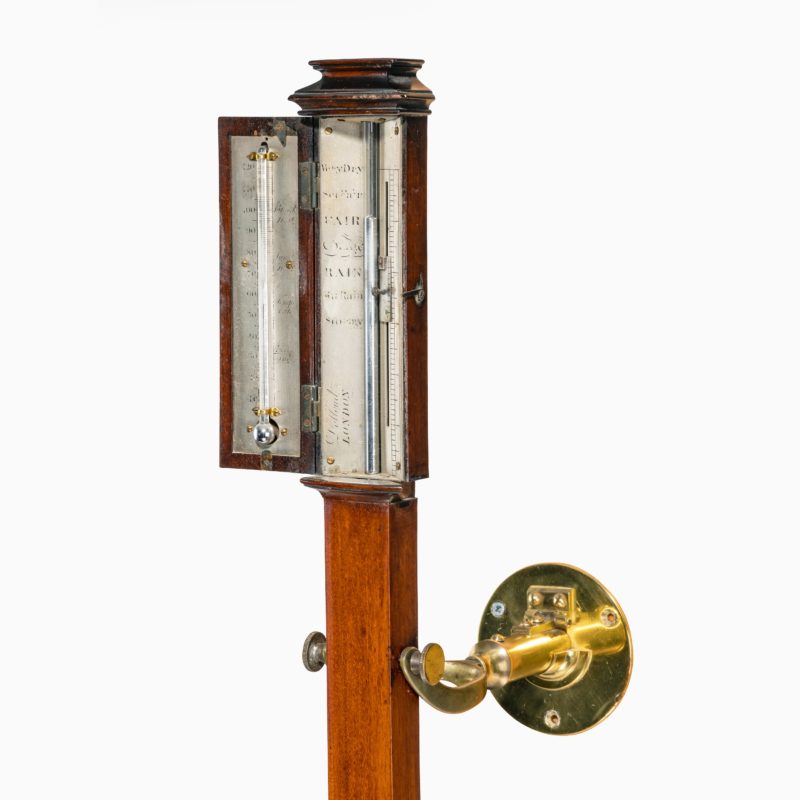 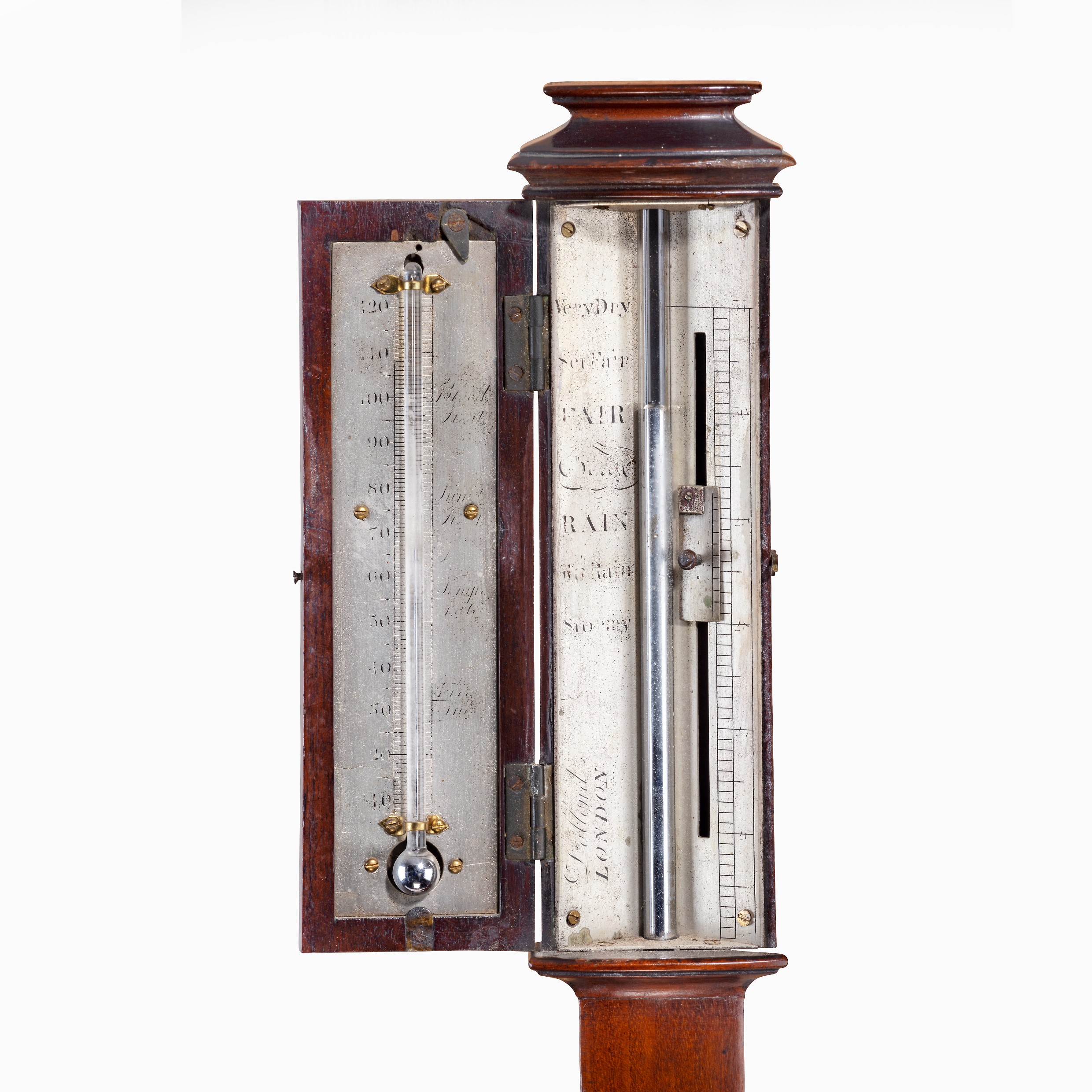 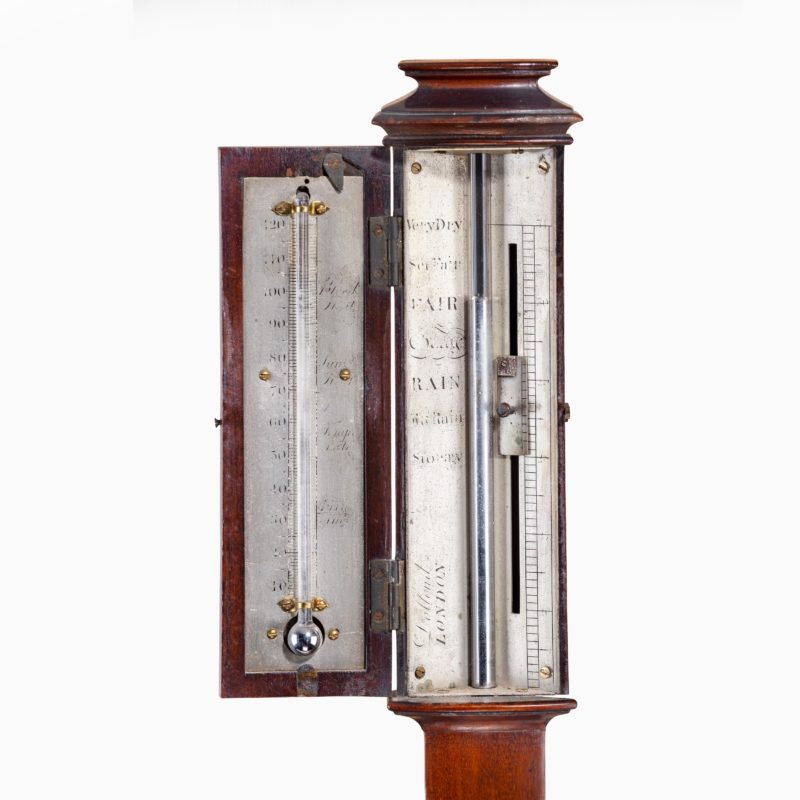 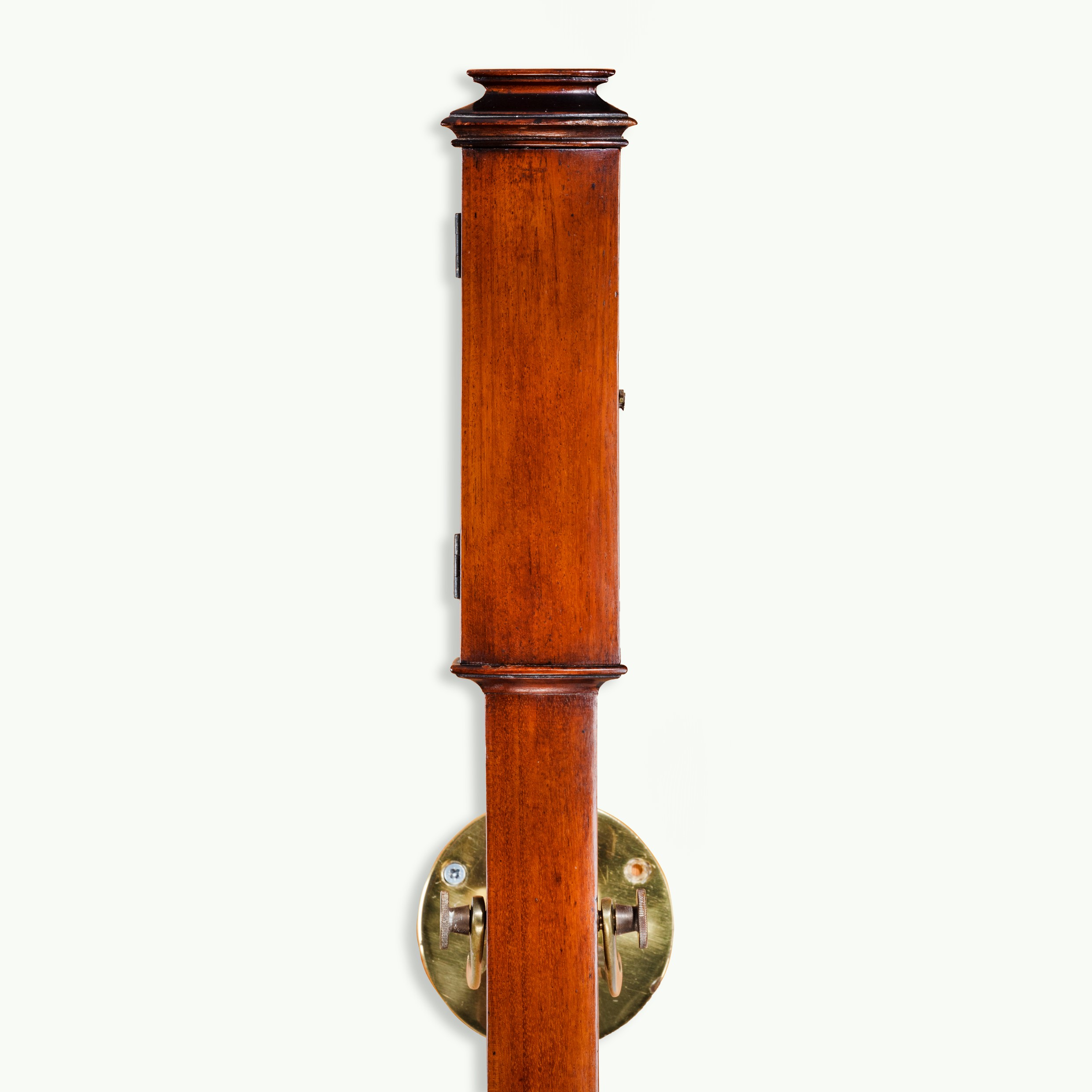 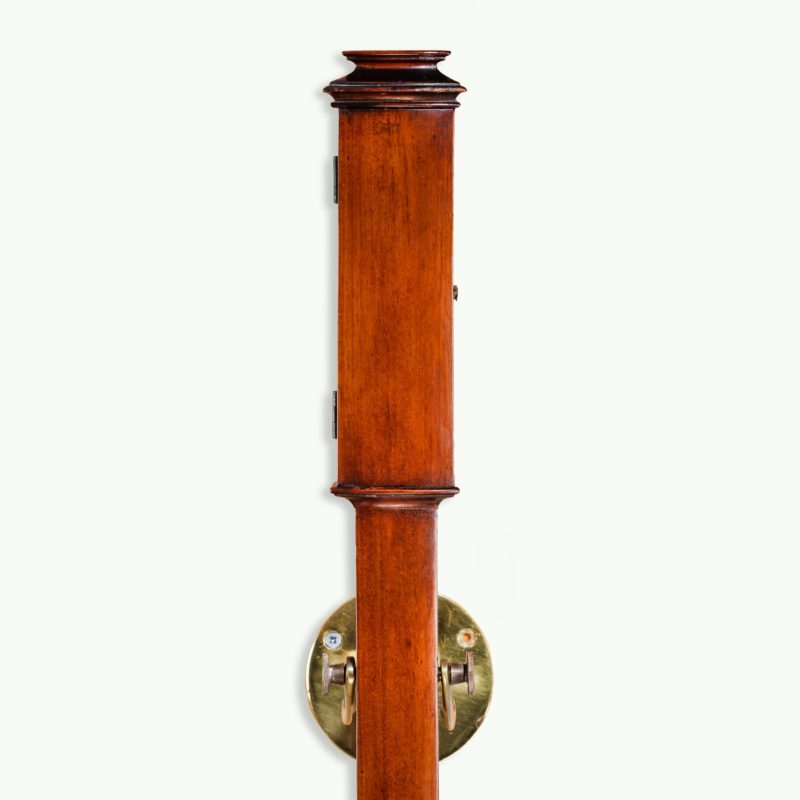 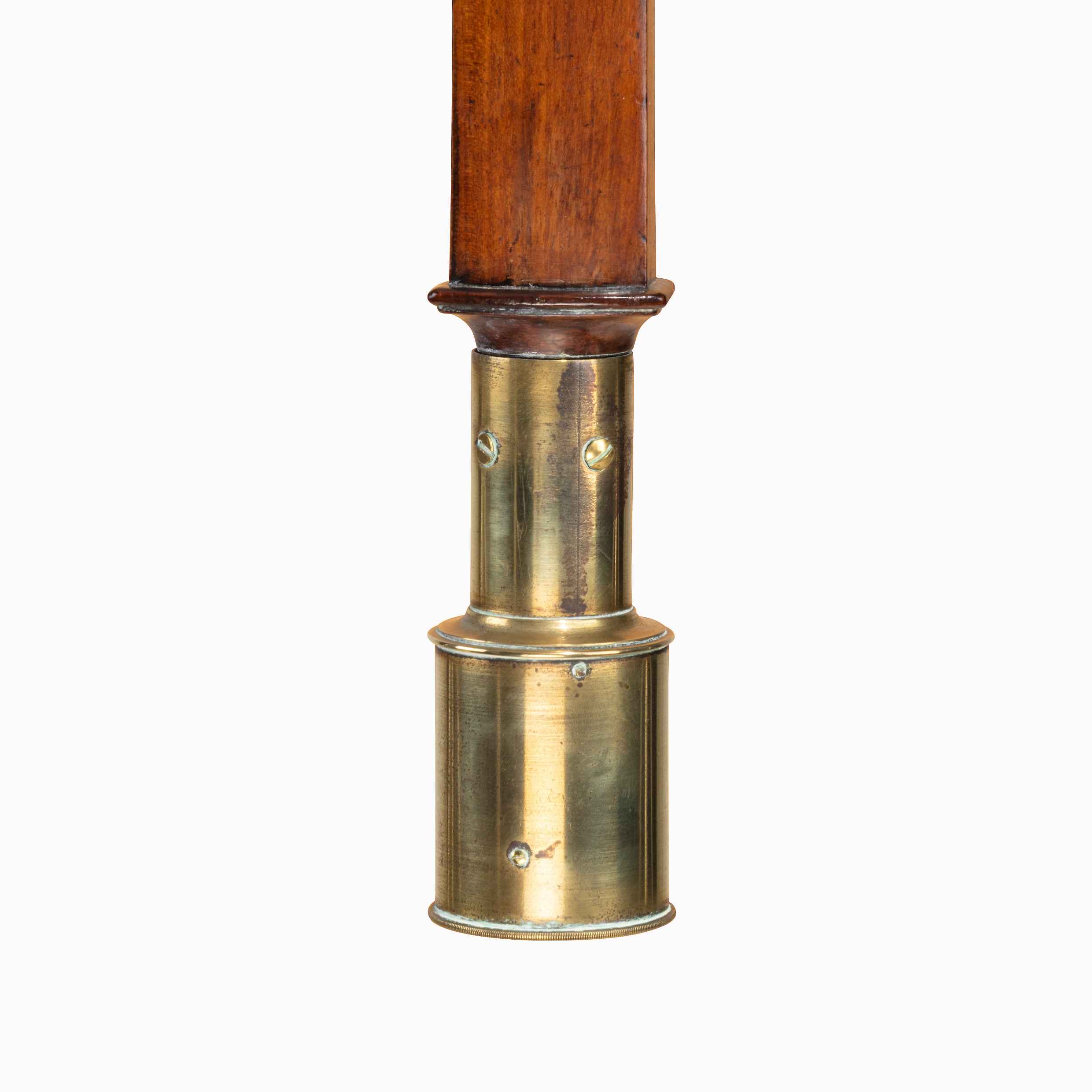 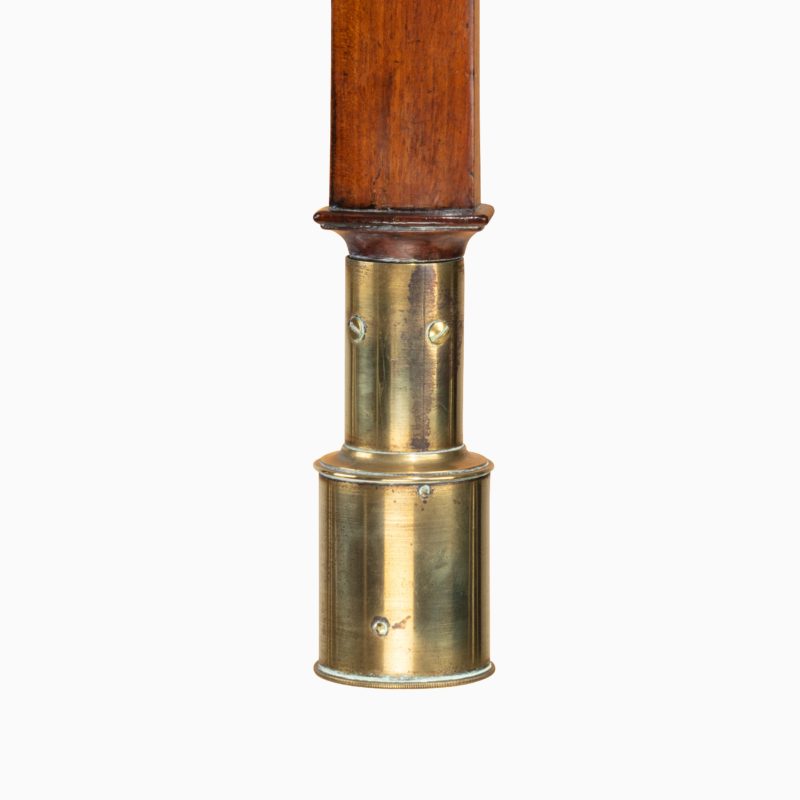 A bow-front marine barometer by John Dollond It is of slender cylindrical form with a silvered register plate enclosed by a hinged thermometer flap and mounted on a plain shaft. The brass gimbal weighted reservoir has pierced sides on the mounting.  The plate engraved ‘Very dry, Set Fair, Fair, Rain, Stormy, Dolland London’.  English, circa 1820.

Peter Dollond (1731-1820), the son of the Huguenot silk weaver John Dollond, set up as an optician at the age of 20 and became the most eminent optical instrument maker of the late 18th century.  Such was his success that his father gave up the silk industry and joined him in 1752.  The Dollonds became notable for the quality of their optical products.  John Dollond was appointed optician to King George III and the Duke of York and Albany, who granted him ‘His Majesty’s Royal Letters’ for his refracting telescope.  Other customers included Captain Cook, Vice-Admiral Lord Nelson, Frederick the Great and Thomas Jefferson.  At the Great Exhibition of 1851, the Dollonds were awarded a medal for excellence.  In 1763, Peter invented the apochromat and began the manufacture of bifocal spectacles in 1781.  Dollond & Co merged with Aitchison & Co in 1927 to form Dollond & Aitchison, the well-known British chain of opticians.