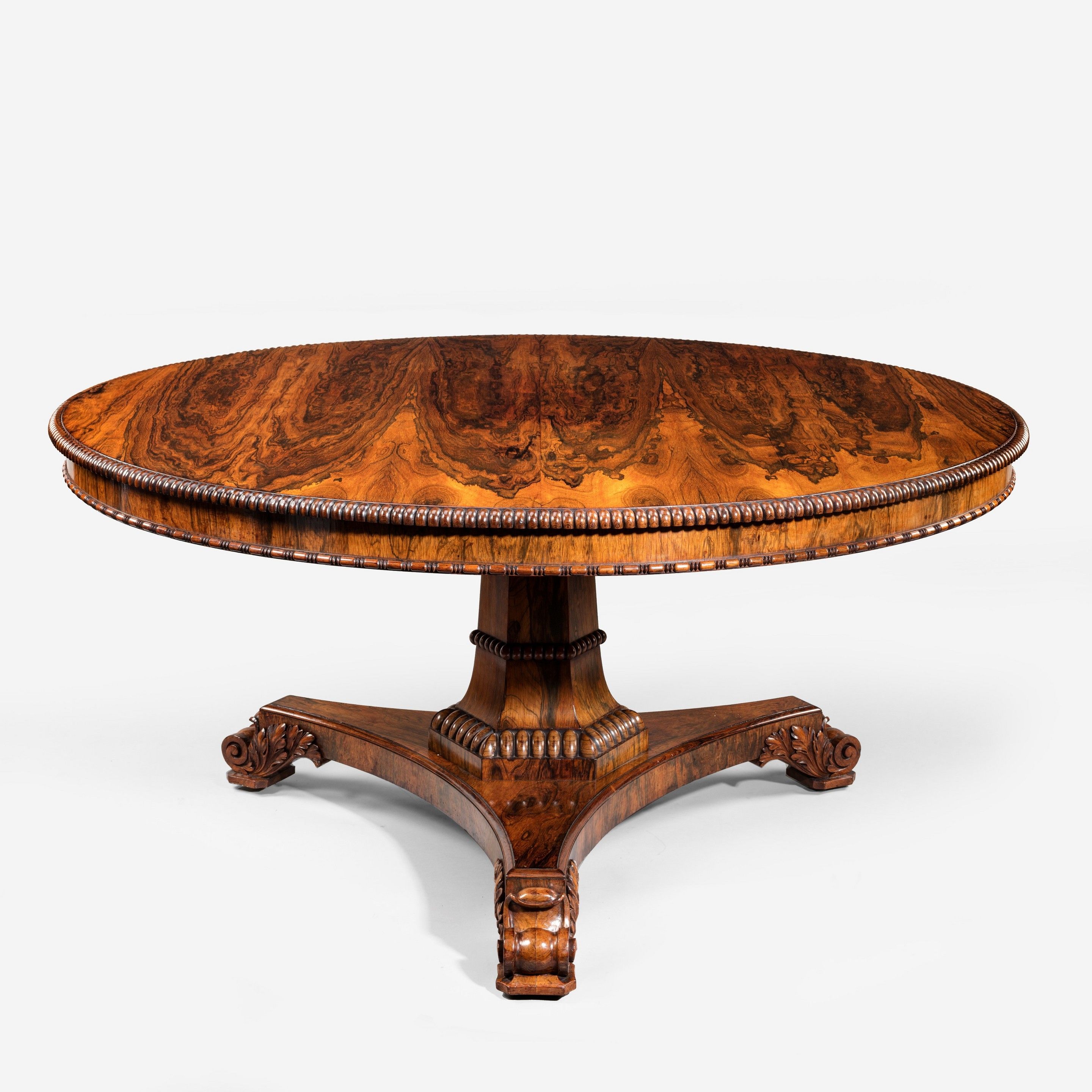 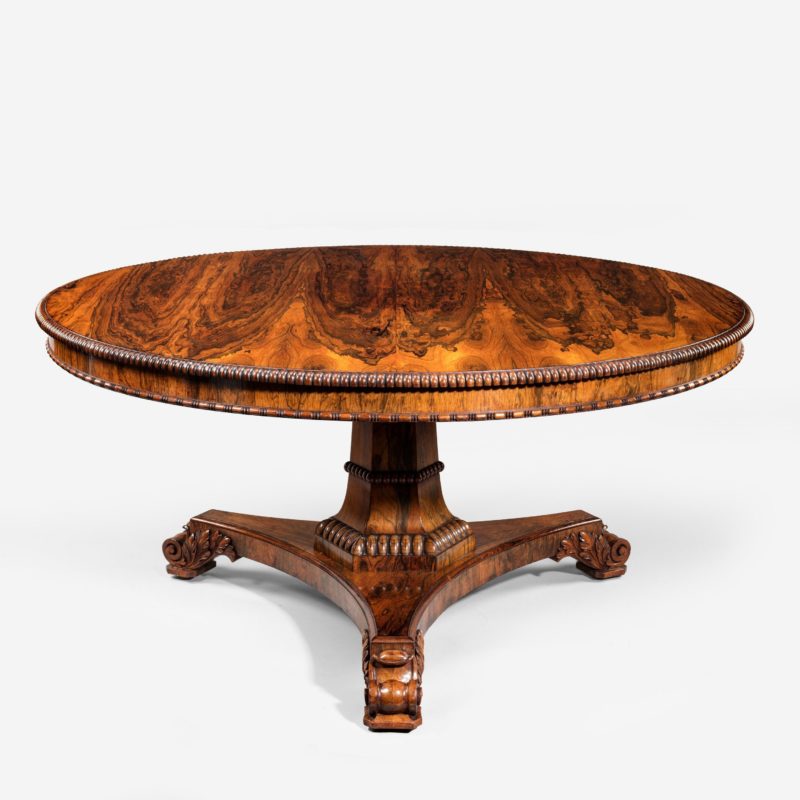 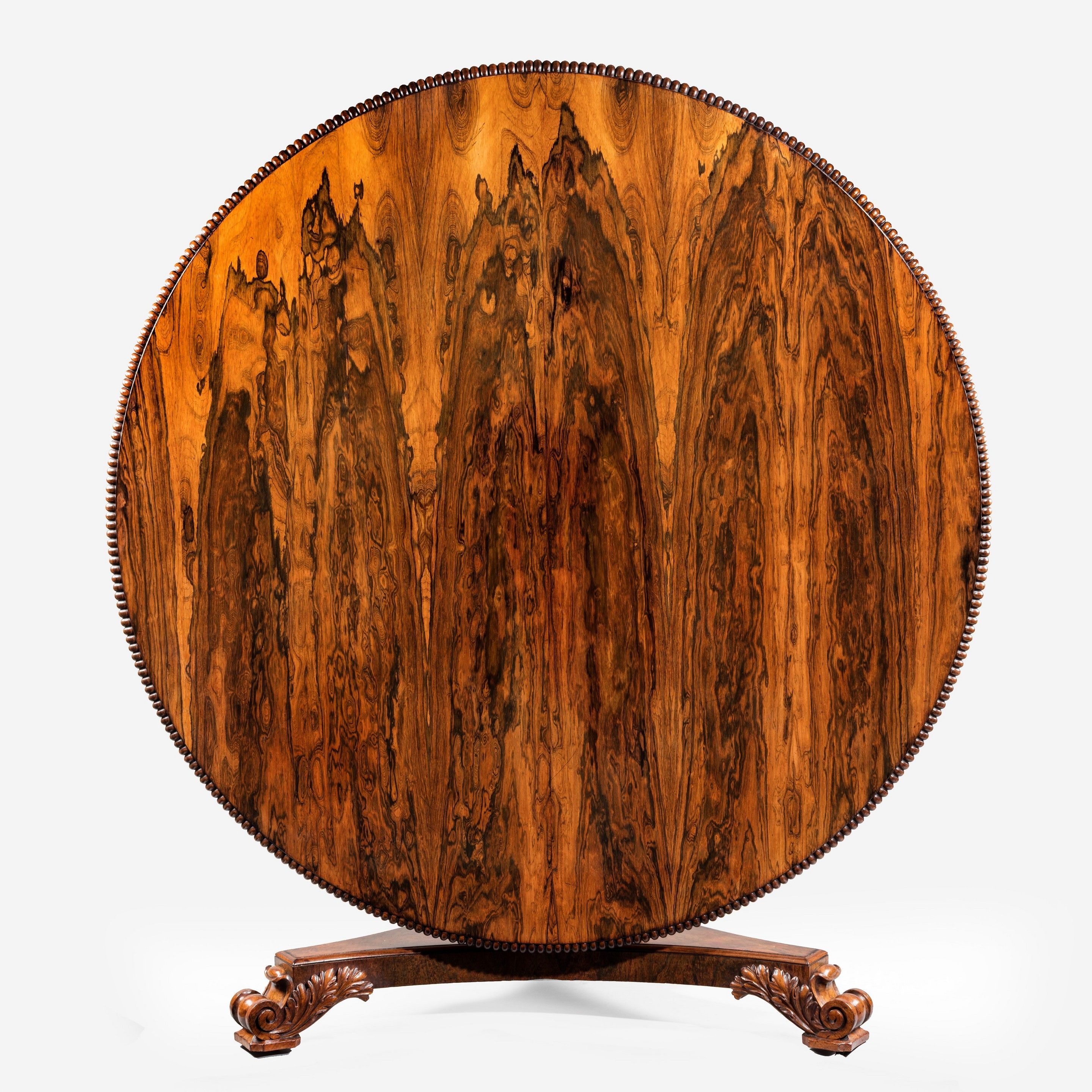 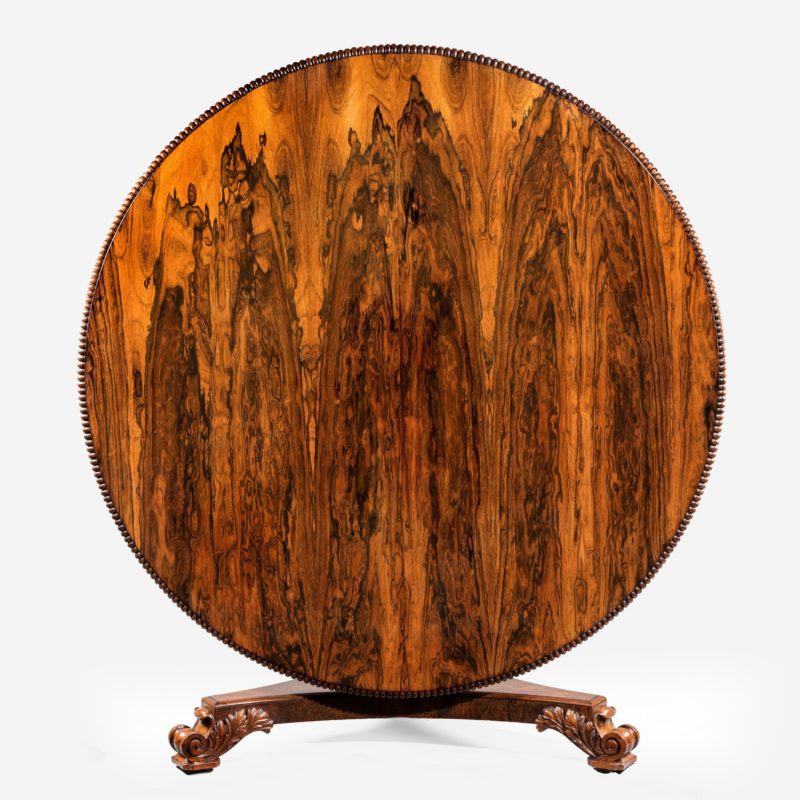 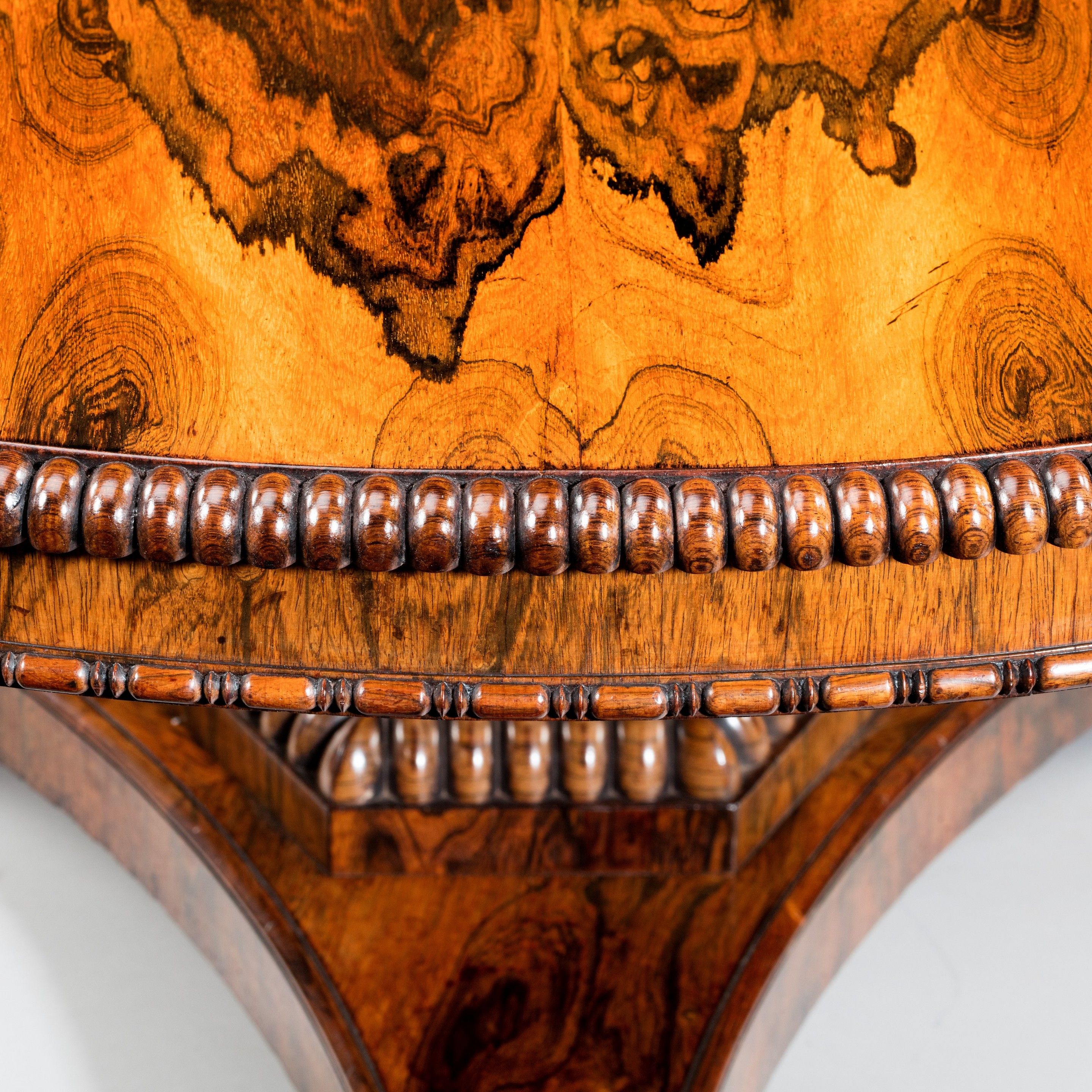 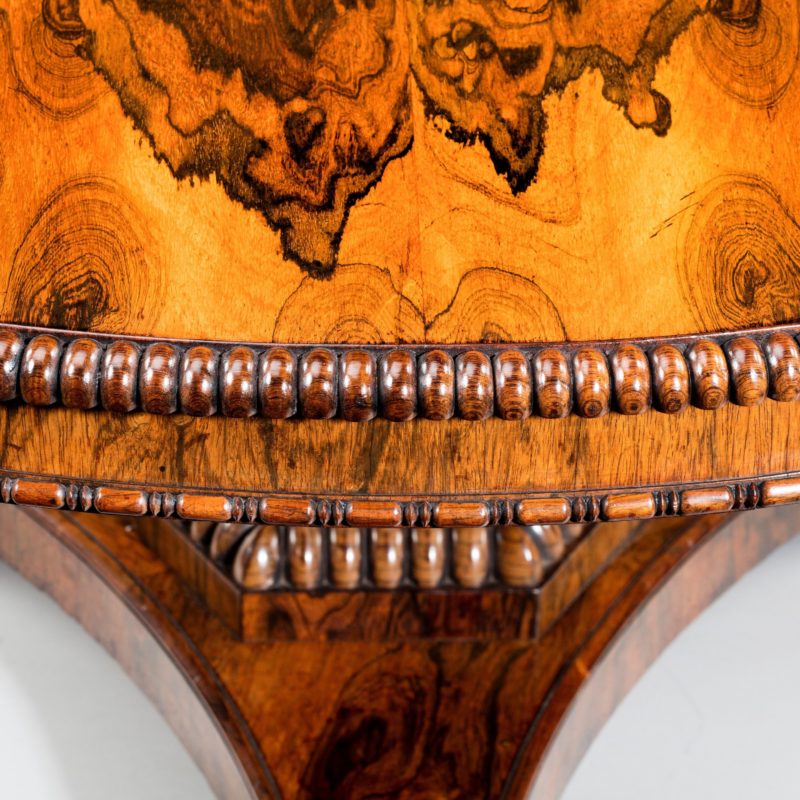 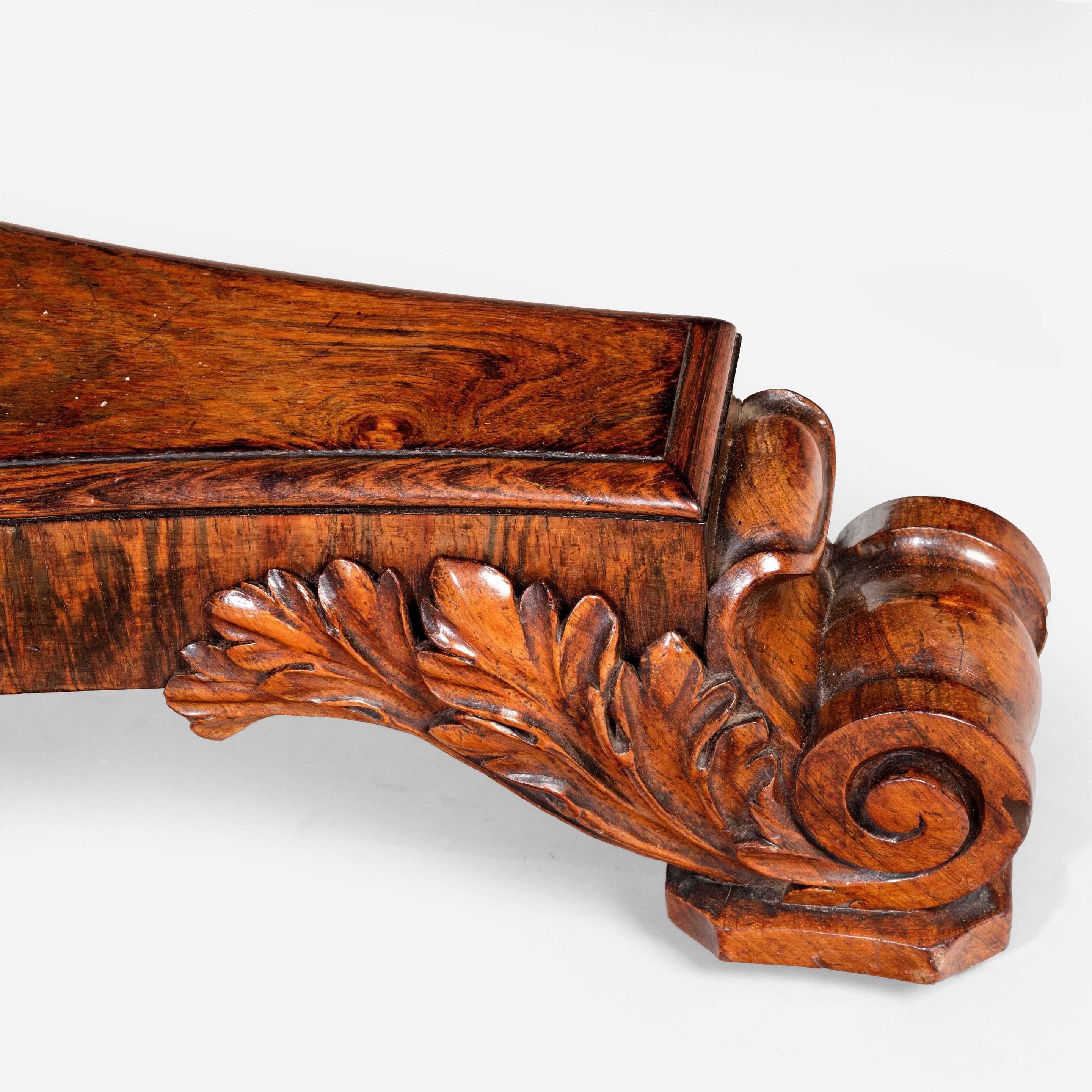 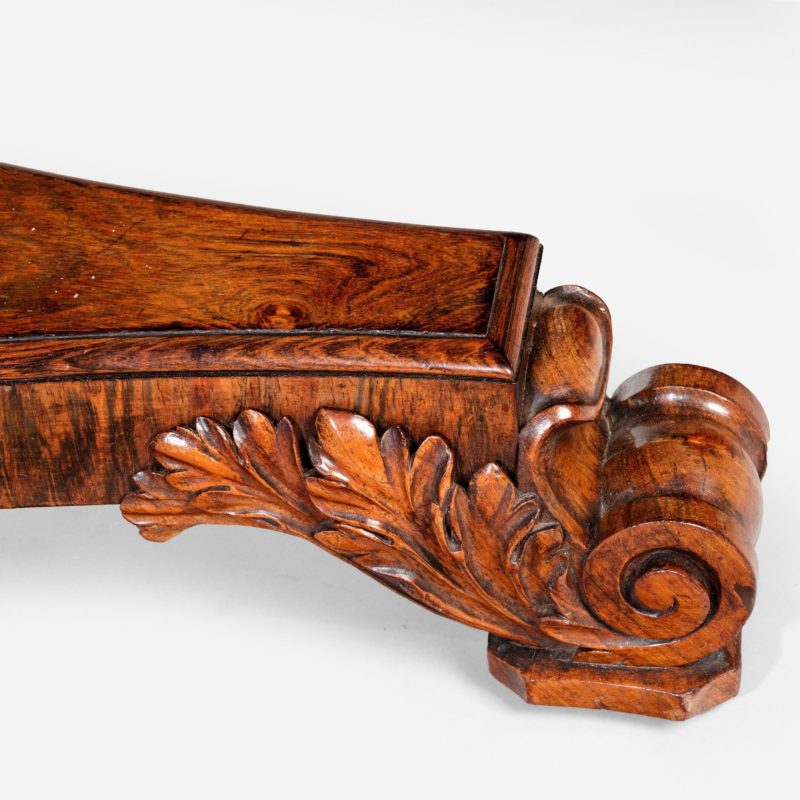 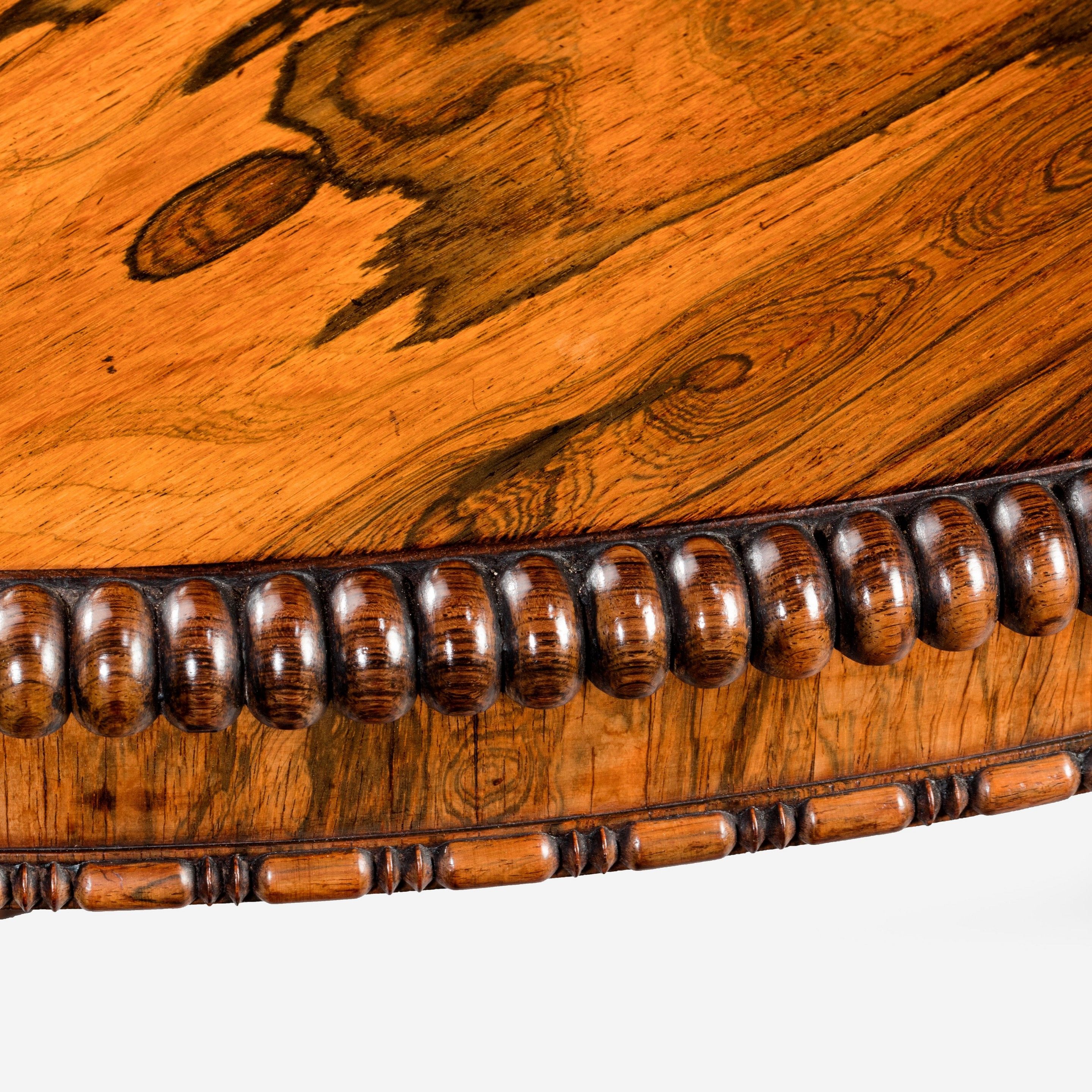 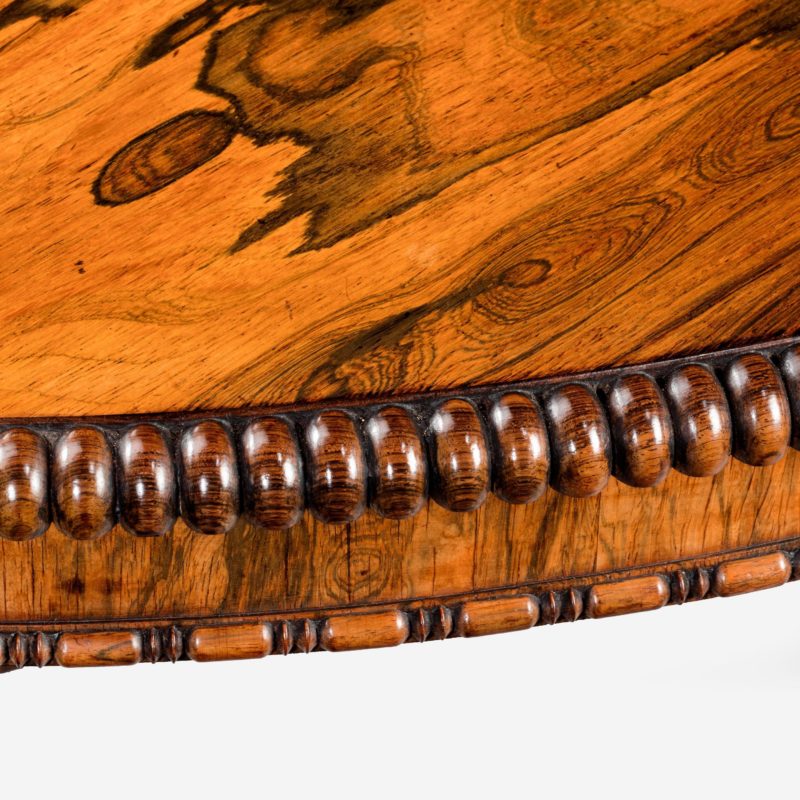 A fine late Regency centre table attributed to Gillows, the top veneered in rosewood flame veneers on Cuban mahogany with bobbin reel edges, supported on a tripod base with strongly carved scroll feet.

The cabinet-making firm of Gillows was founded in 1728 by Robert Gillow (1704-1772), who was a cabinet maker, architect, house-carpenter, funeral director and West Indies merchant. He laid the foundations for a successful firm which lasted over two hundred and fifty years, both in London and the provinces and rapidly rose to prominence among English furniture makers. Fortunately their output is well documented, largely thanks to pieces stamped ‘GILLOWS LANCASTER’, a practice which began about 1790, and the survival of a high proportion of the Gillows Archives, including estimate sketch books, letter books, and other business ledgers from circa 1730-1930.

The Gillow brothers and nephews also expanded their overseas trade during the second half of the eighteenth century. Between them they ran both the London and Lancaster shops, providing a comprehensive service including supplying and fitting carpets, curtains and wallpapers in addition to making all sorts of furniture.

The name Gillows has become synonymous with quality workmanship and stylish designs. Items from this family have retained their cachet for more nearly 300 years.