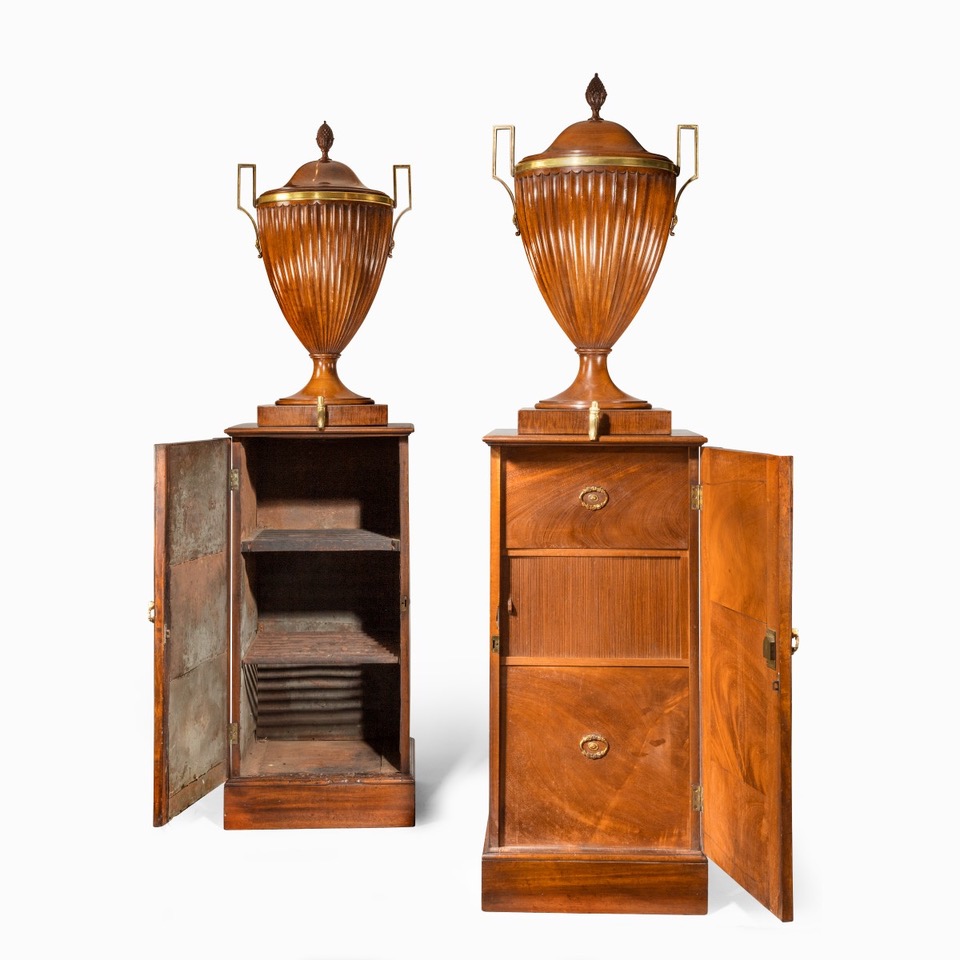 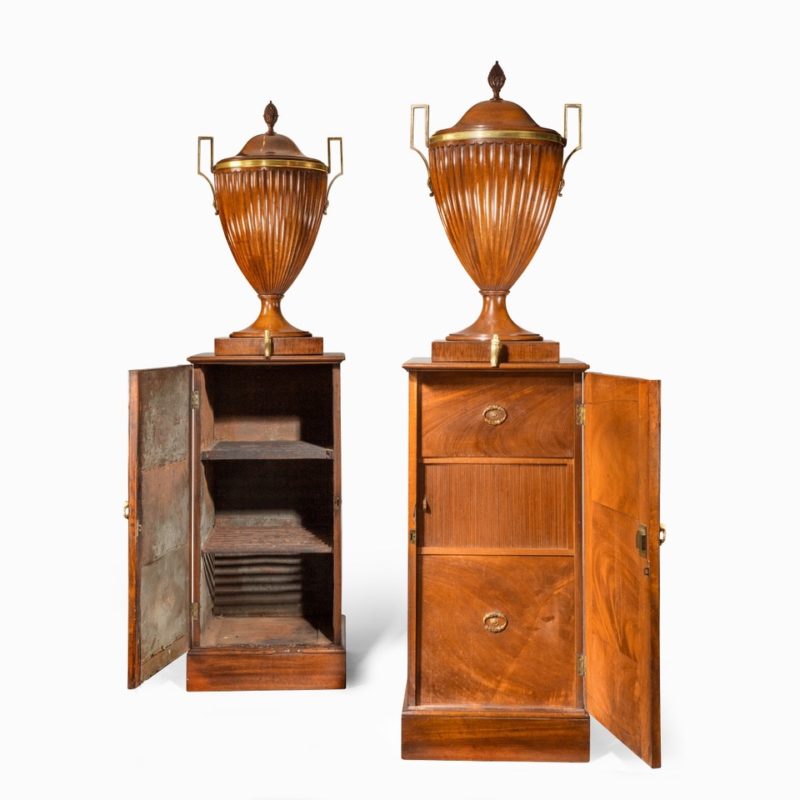 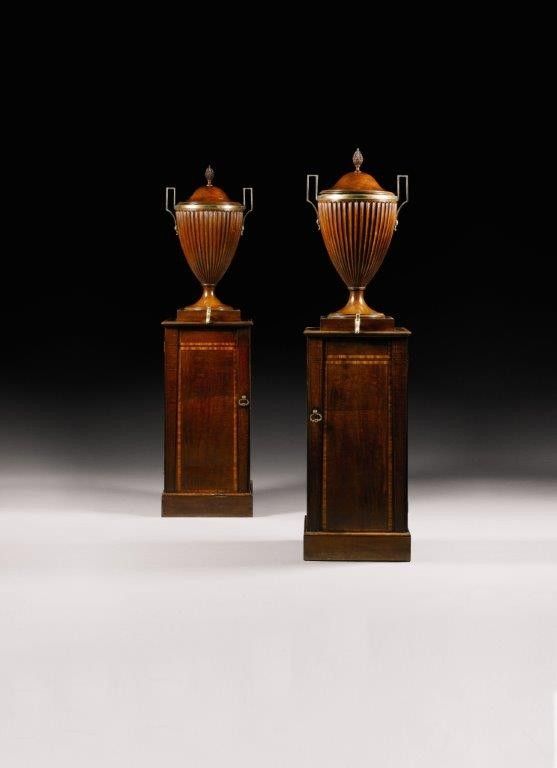 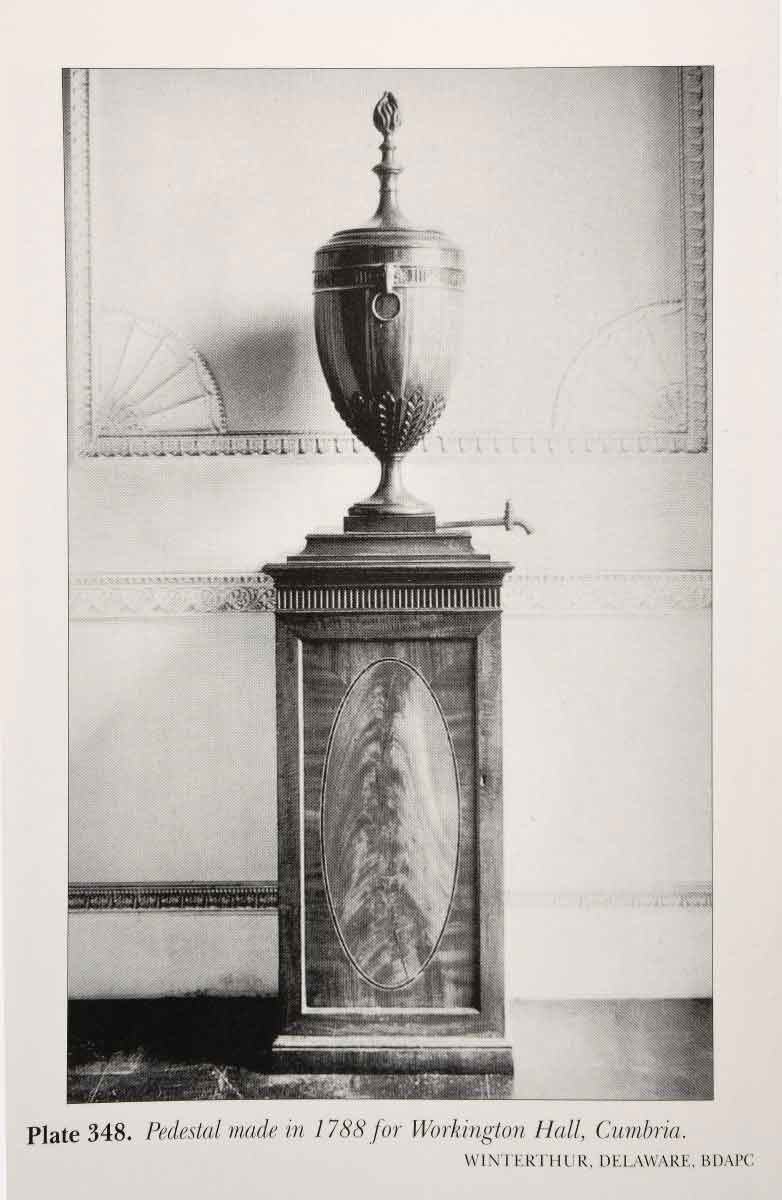 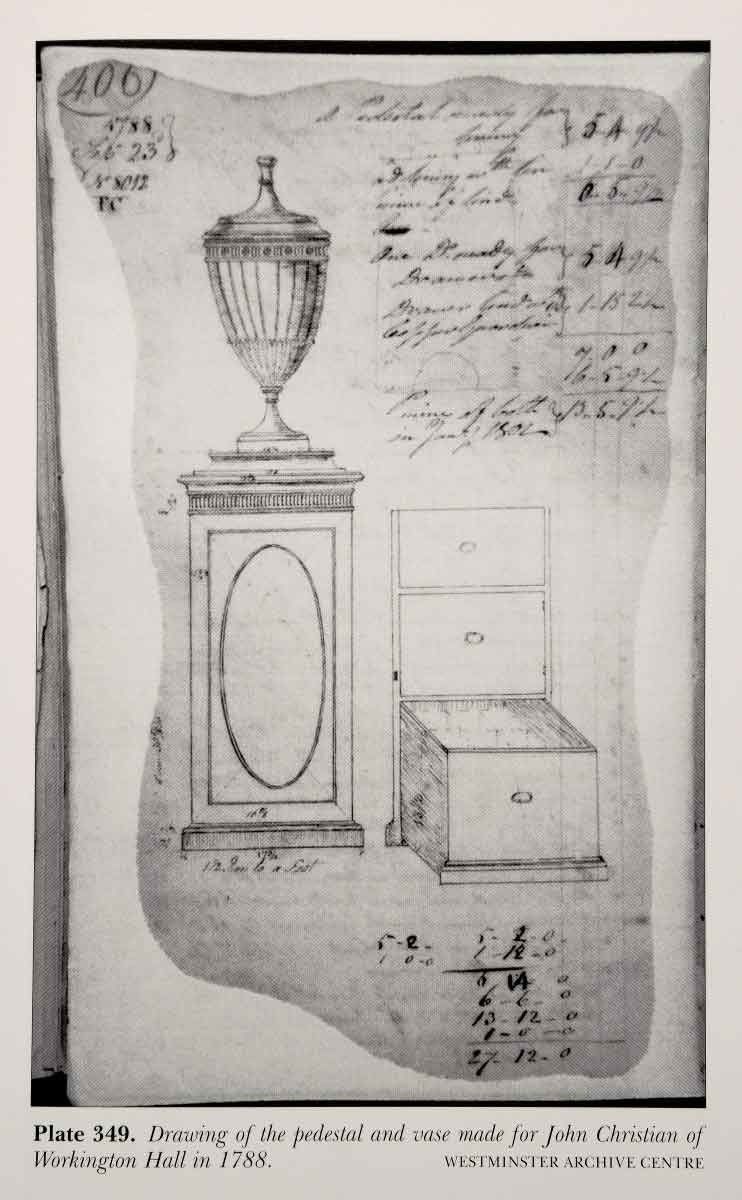 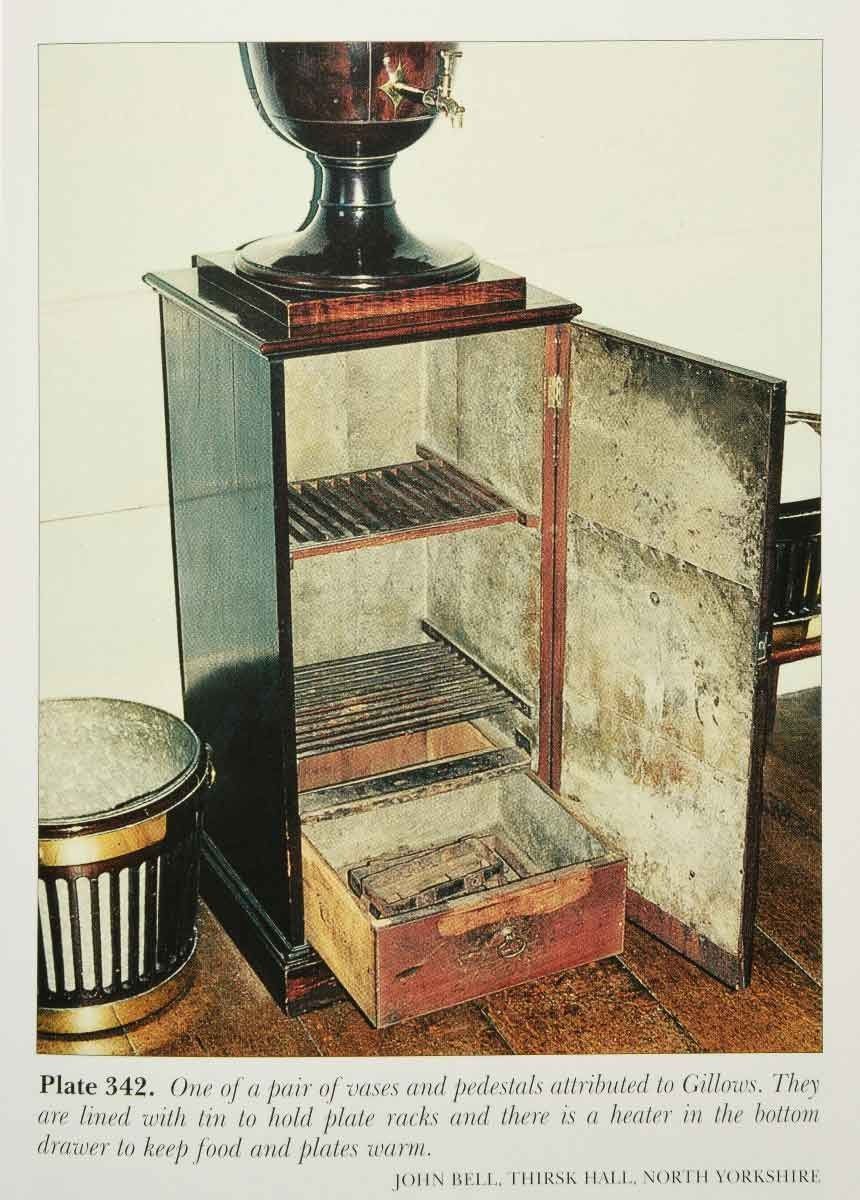 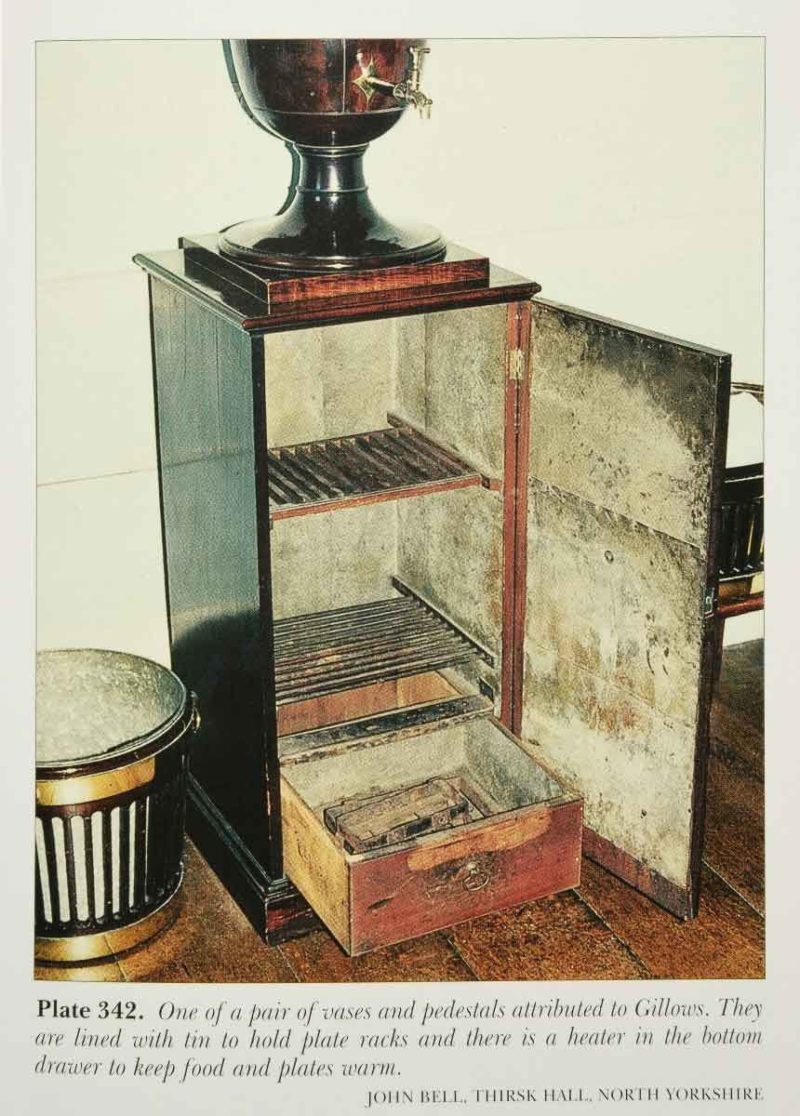 A fine pair of George III mahogany wine cisterns attributed to Gillows, each cistern is in the form of a fluted vase on a rectangular pedestal. The lead-lined vases have brass handles, removable lids with pineapple finials and taps. The cross-banded pedestals have cupboard doors enclosing slatted shelves for warming plates in one and a lead-lined slops drawers, a tambour fronted shelf and a cellaret in the other.

FOOTNOTE:
Susan Stuart, ‘Gillow of Lancaster and London’, 2008 vol 1 p308-315 illustrates many pedestal urns including the drawings for Workington Hall, Cumbria, dated 1788. PLates 342 and 343 show pedestals with a similar arrangement of shelves and drawers. Thomas Sheraton explained the functions of dining room pedestals in his ‘Drawing Book’ of 1793: ‘IN spacious dining rooms the sideboards are often made without drawers of any sort, having simply a rail, a little ornament and a pedestal with vases at each end which produces a grand effect. One pedestal is used as a plate warmer and is lined with tin, the other as a pot cupboard, and sometimes it contains a cellaret for wine. They are sometimes made of copper jappanned, but generally of mahogany.’