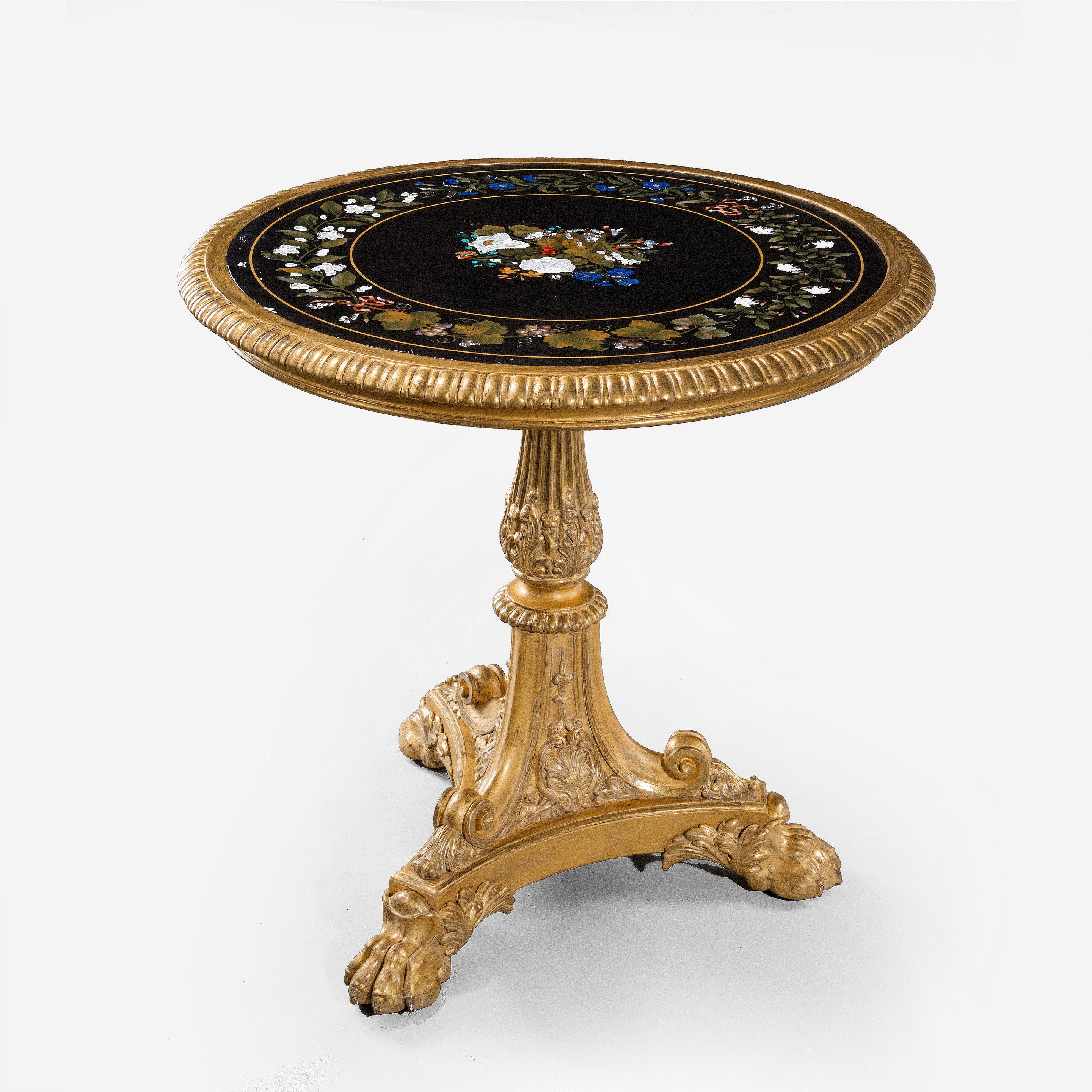 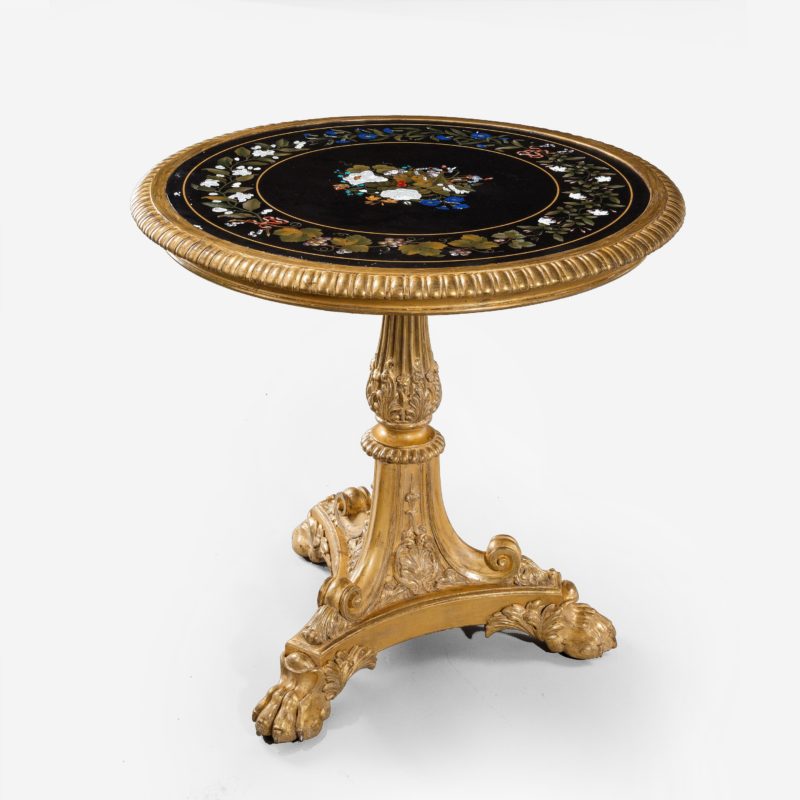 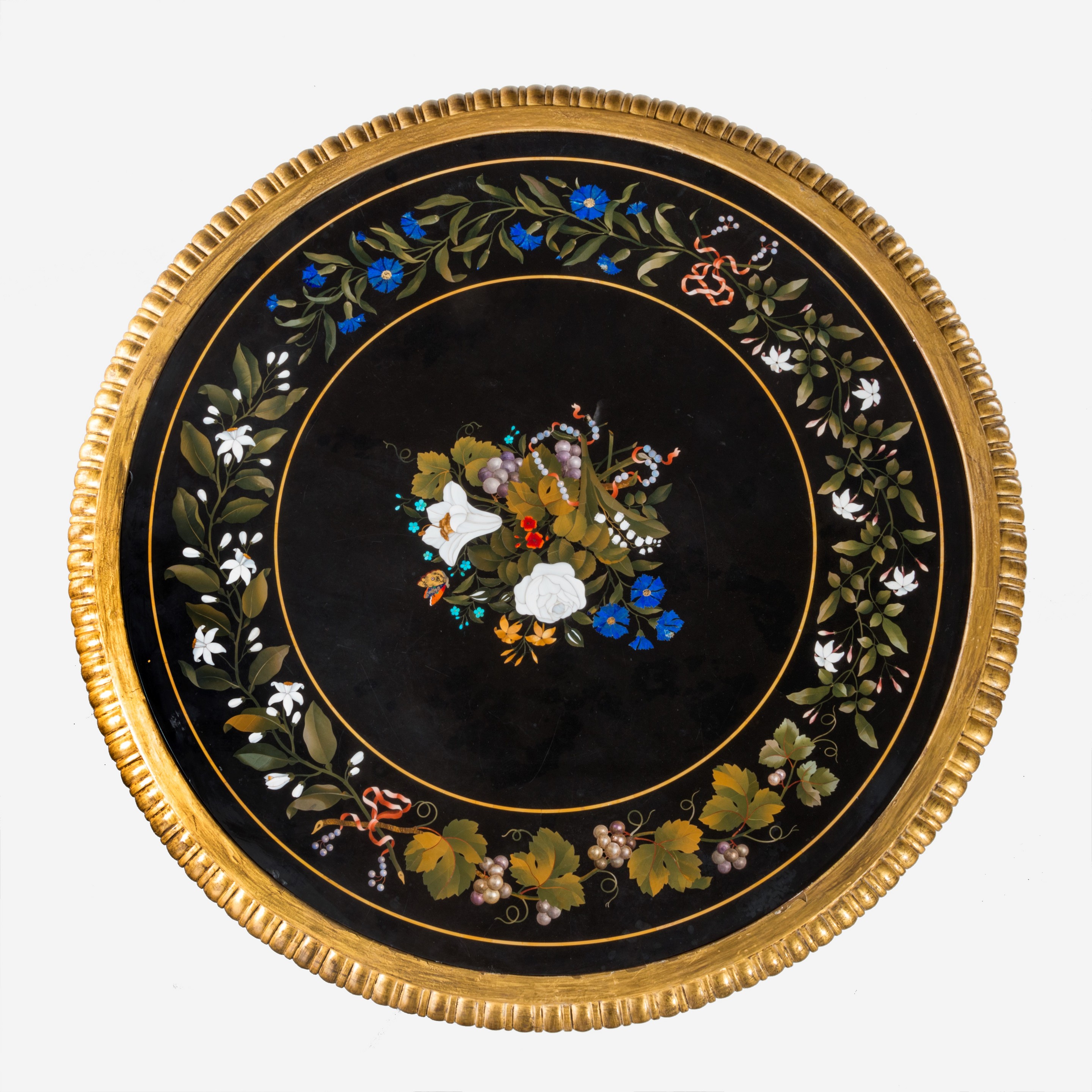 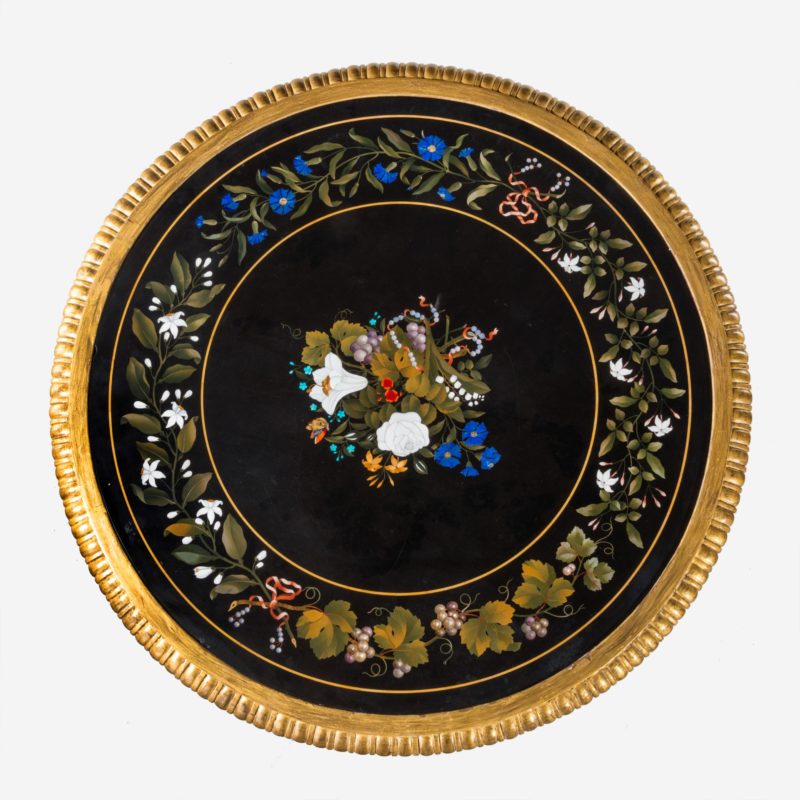 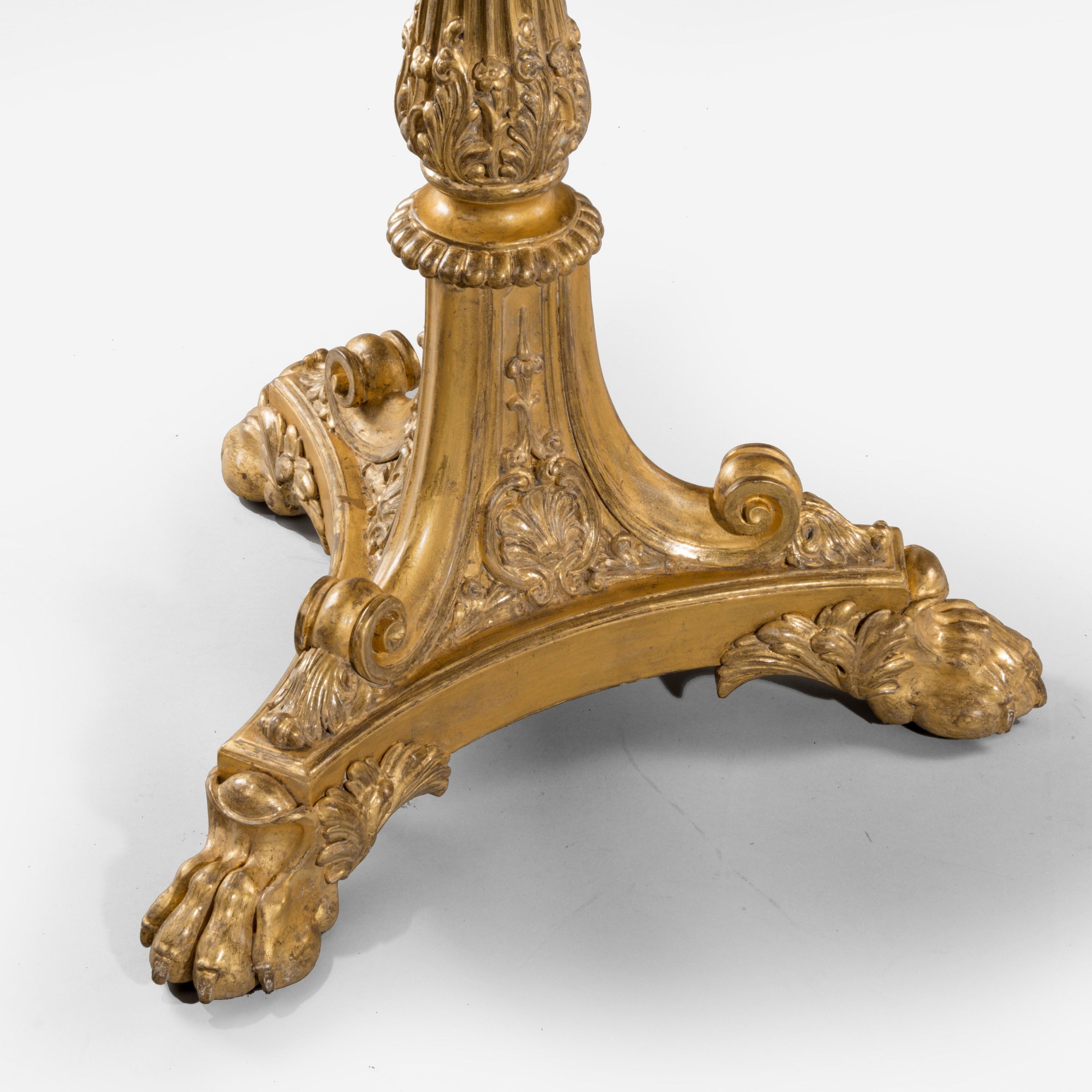 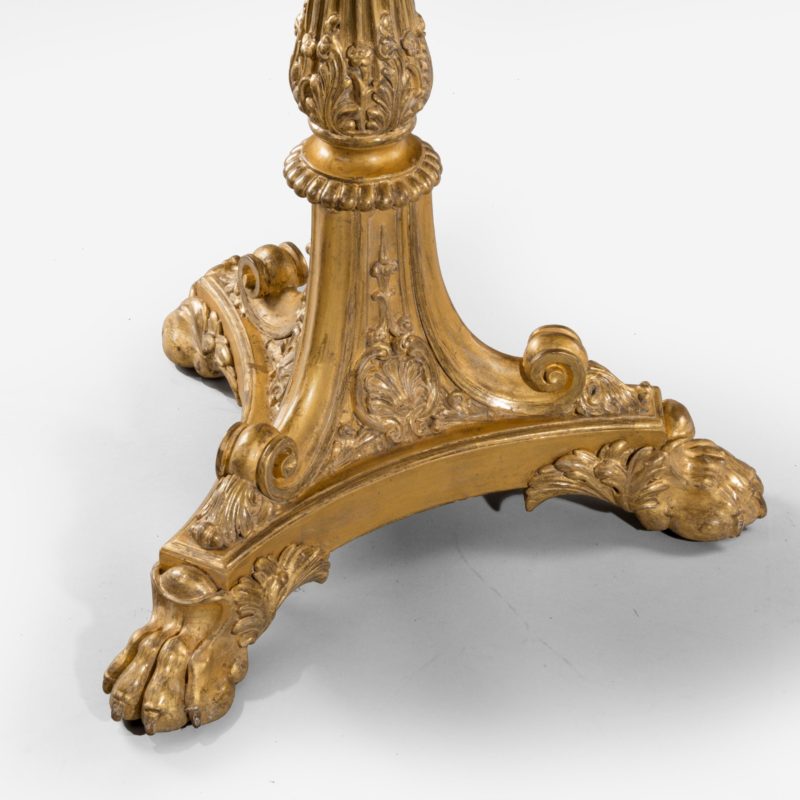 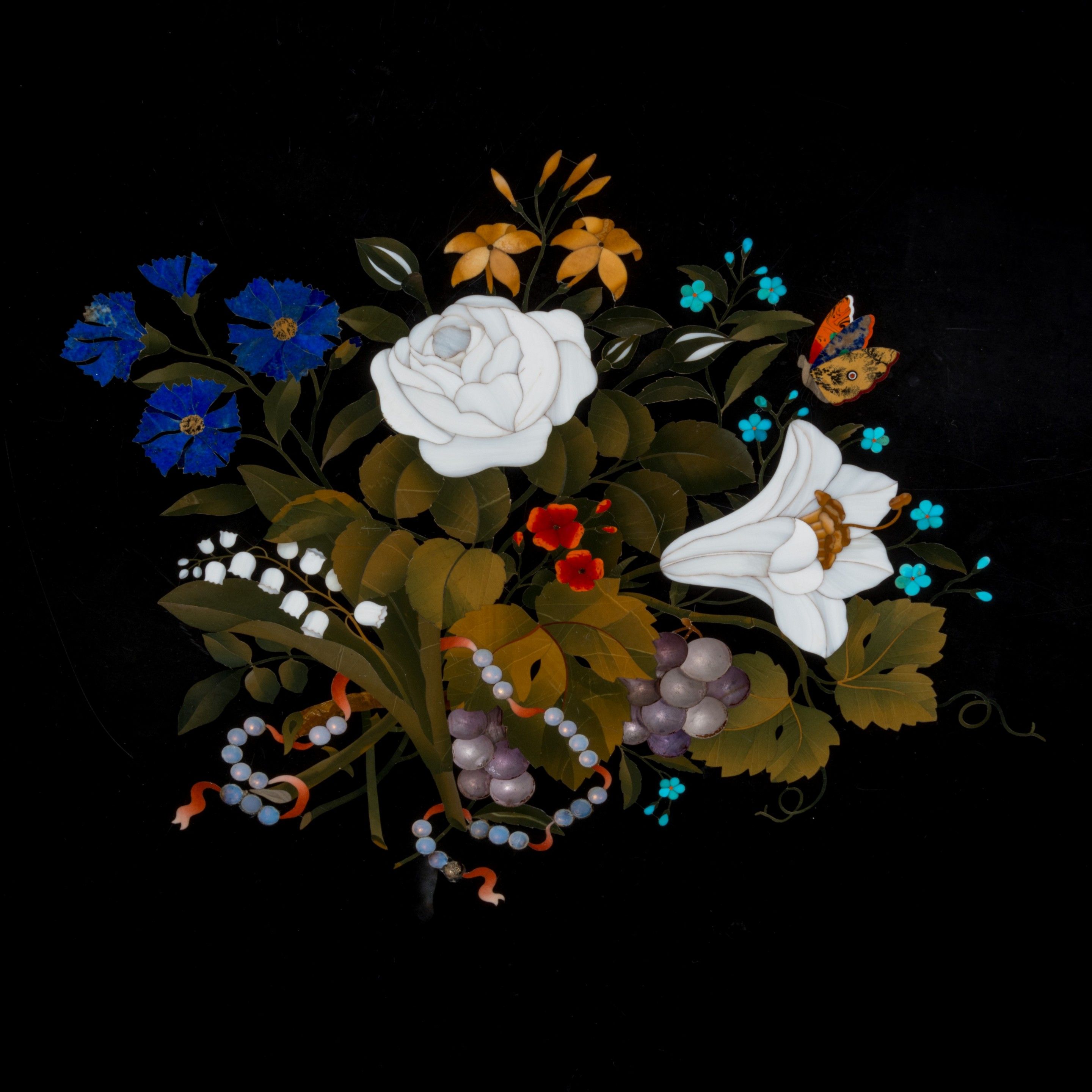 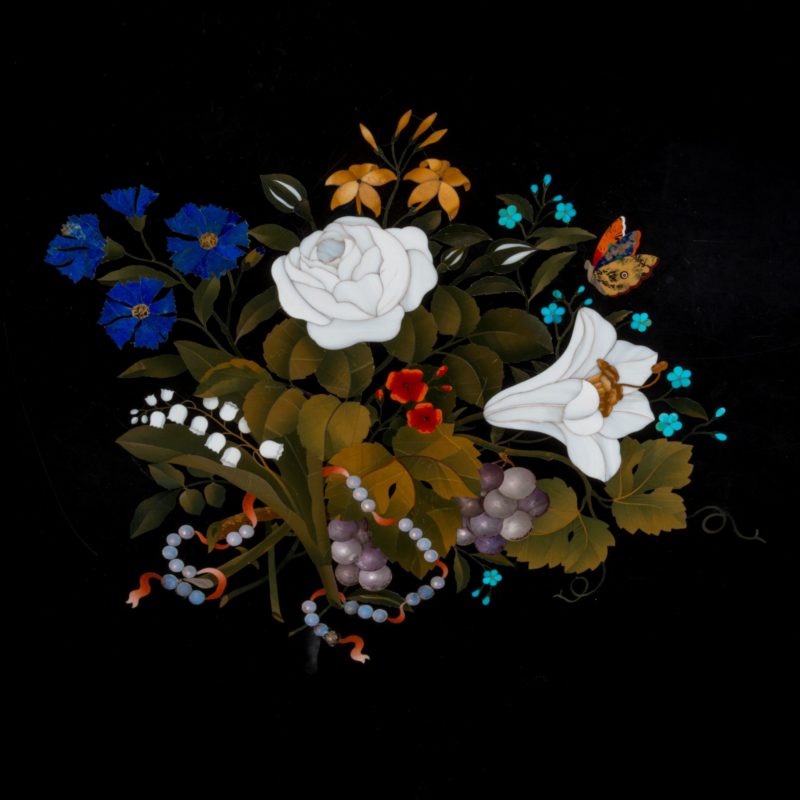 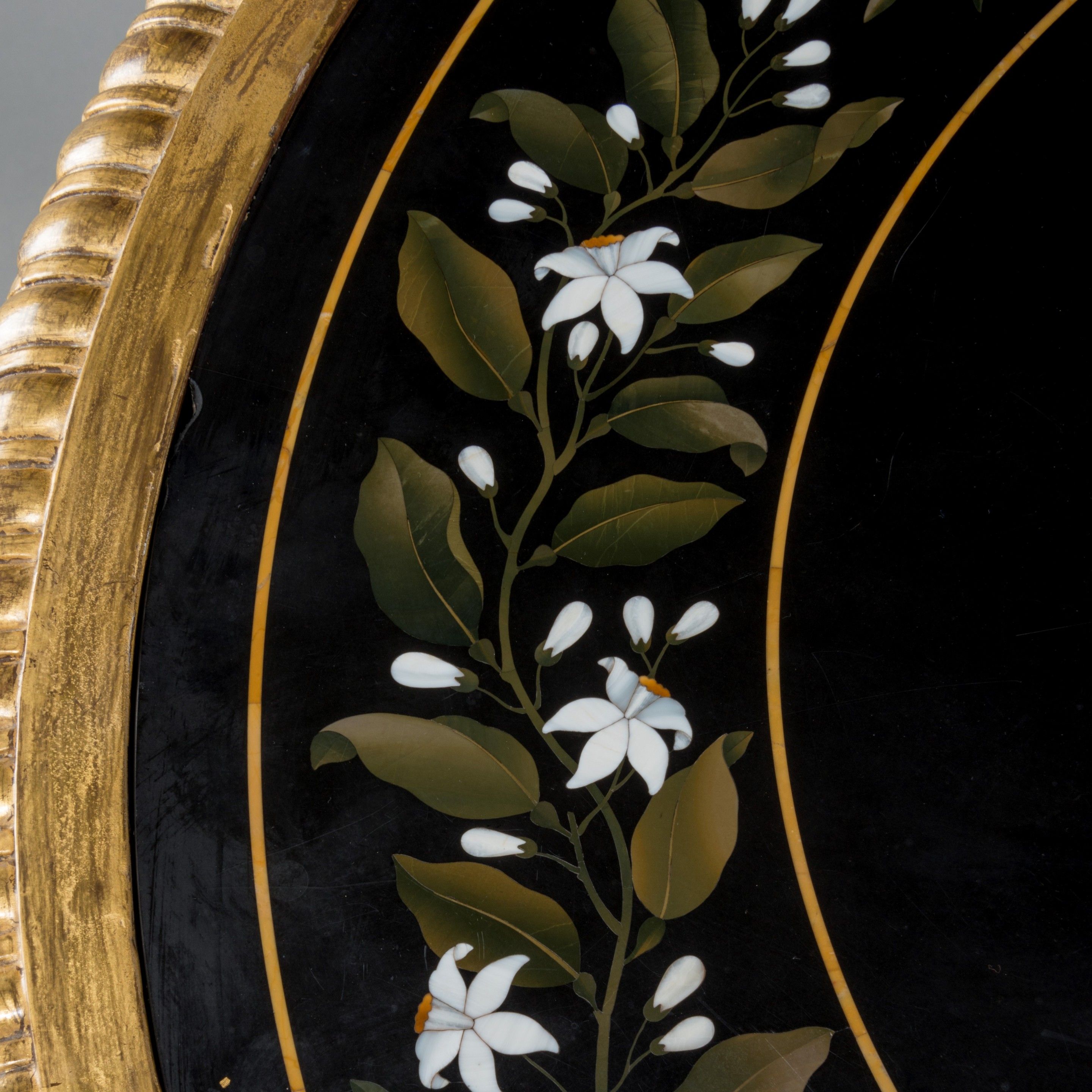 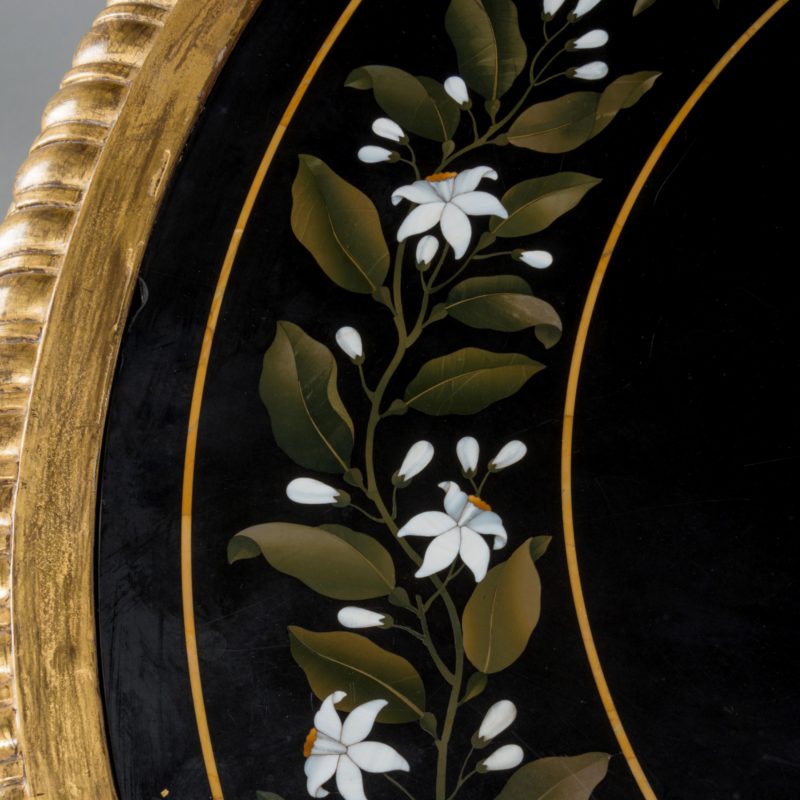 A fine Regency giltwood center table with an inlaid Ashford marble top in the manner of Gillows.

The marble set into a gadrooned circular top above a central fluted baluster stem, with a tri-form plinth base on lion paw feet, re-gilt.

Footnote:
Ashford marble is in fact a type of limestone rather than a marble, which when polished, turns a deep glossy black. It is produced from only two quarries near Ashford-in-the-Water, Derbyshire. It proved popular as a building material and as early as 1580, Bess of Hardwick commissioned a chimney piece for Chatsworth. In the 18th century it was a popular material for ornaments being developed by Henry Watson of Bakewell, but it was not until the 19th century that it really became fashionable as a material for both ornaments and furniture, promoted by William Spencer Cavendish, 6th Duke of Devonshire who encouraged this new development after admiring Florentine work in Italy.
Examples of this work were exhibited in the Great Exhibition of 1851 and included a table by Tomlinson of Ashford, illustrated in Jonathan Meyer, Great Exhibitions, London- New York- Paris-Philadelphia 1851-1900, 2006, p.46, which is of similar form to the present table. Another piece, useful for comparison, is a table made by Birley for the International Exhibition of 1862 in London, which won prizes in the furniture and the mining classes. The table, which can be found in the Victoria and Albert collection (museum number 157&A-1864), is inlaid with coloured marbles and other stones; it was designed by J. Randell. Another Samuel Birley from 1862 forms part of the collection of the Victoria and Albert Museum, London. For further comparison, The Duchess of Devonshire, Chatsworth, The House, 2002, p.108 illustrates a table of similar form in the Oak Room, Chatsworth. There is also a large urn in the same room featuring the same floral inlay found in this lot and in the Ashford marble ewers, lot 181.