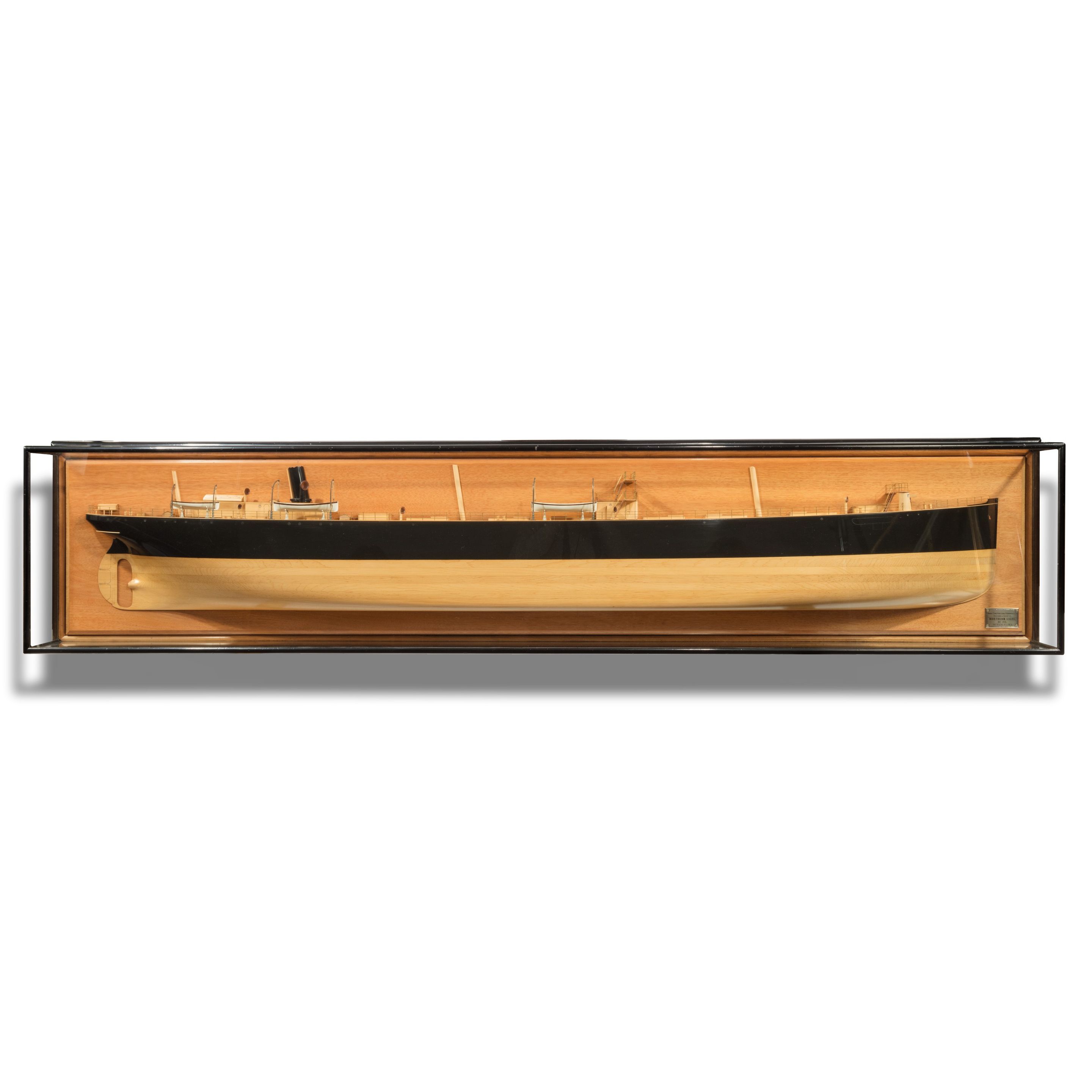 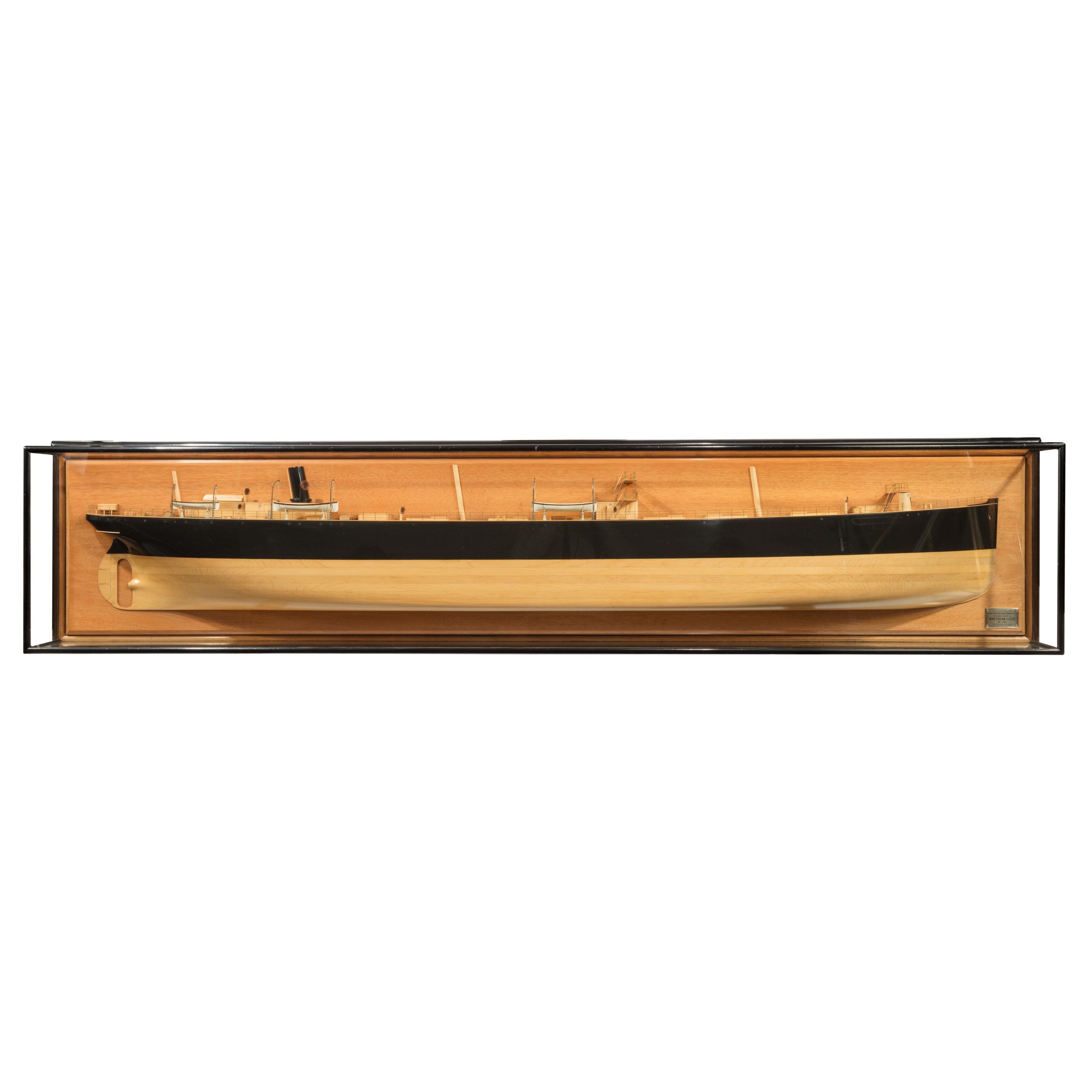 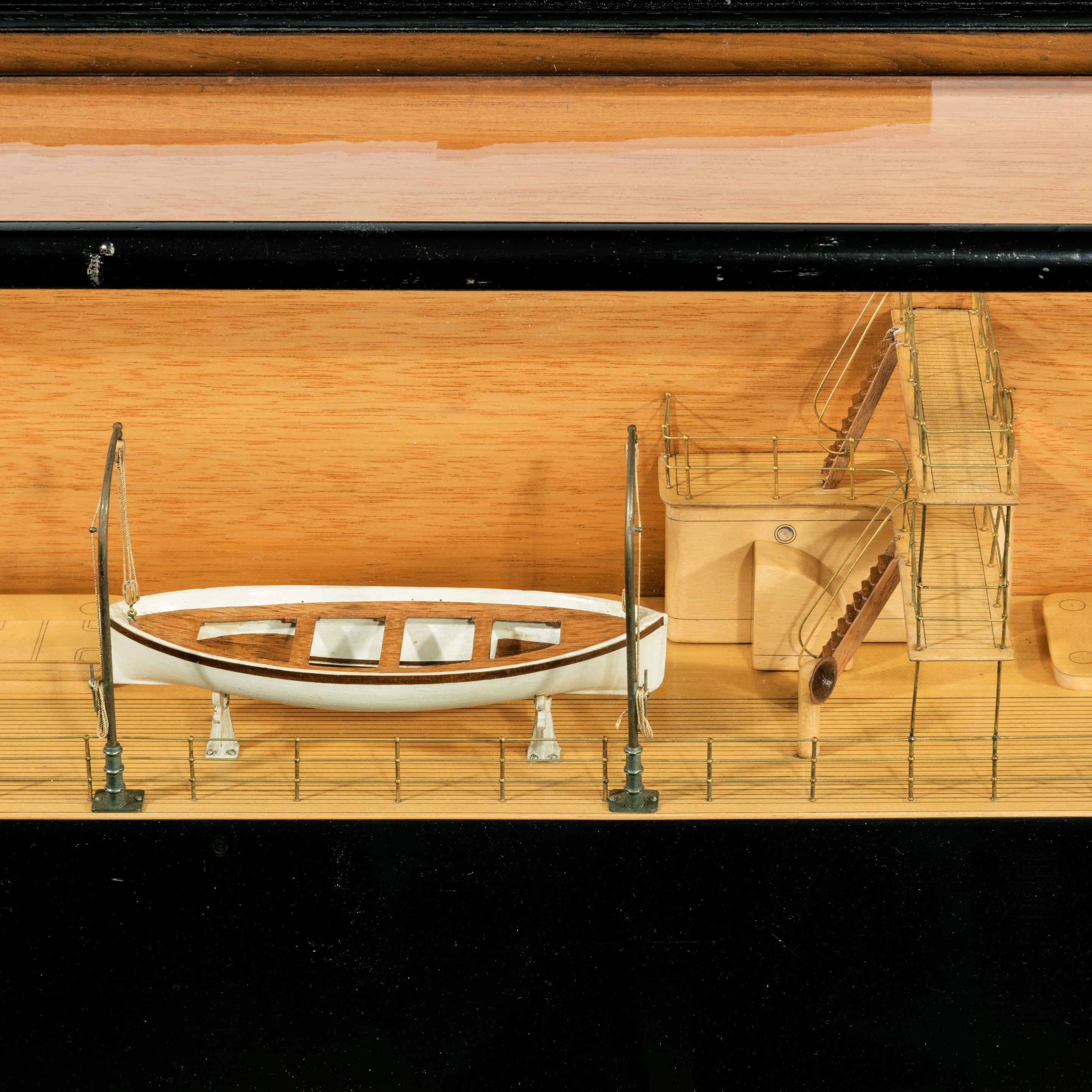 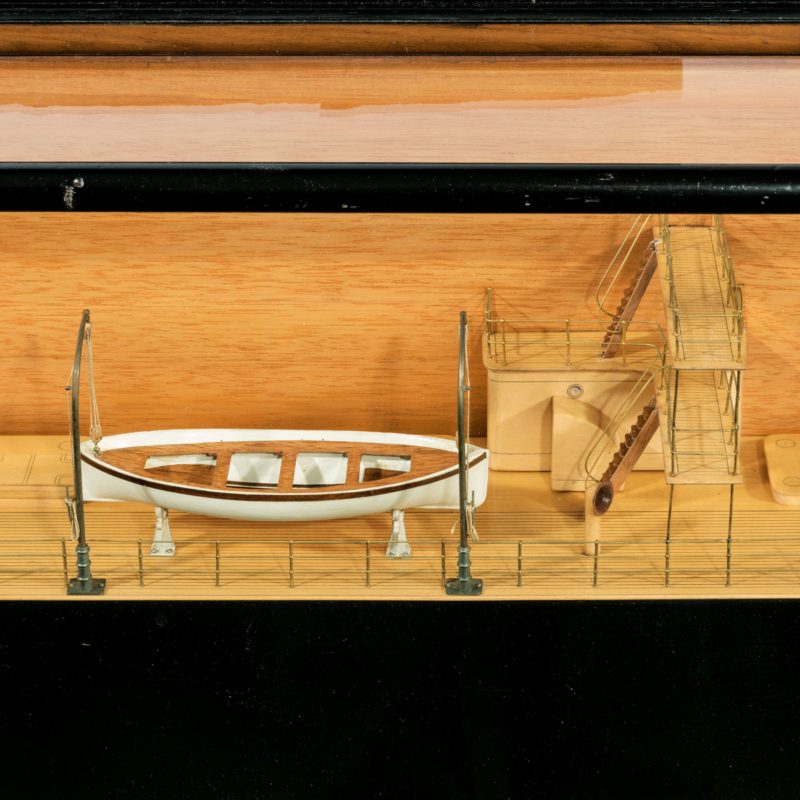 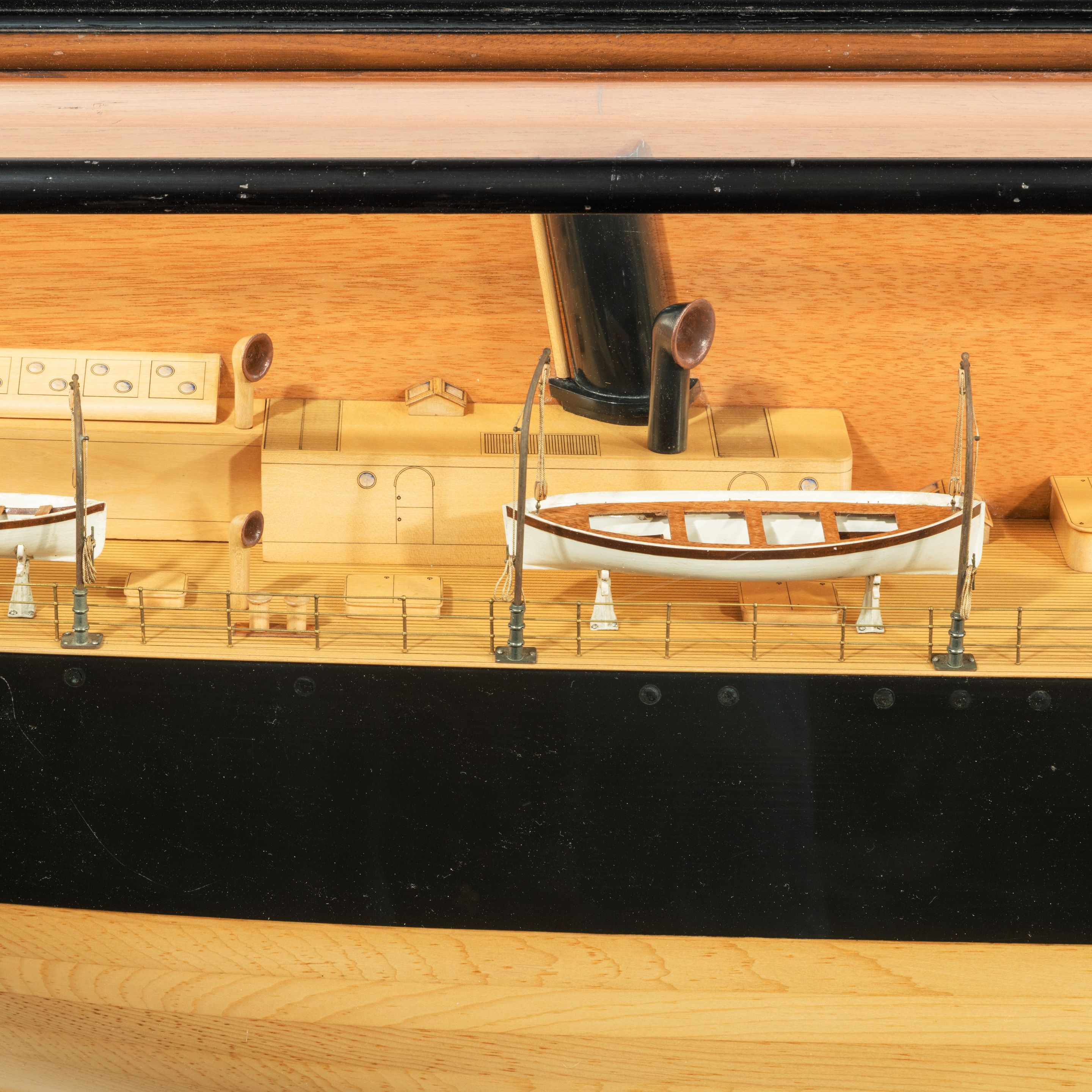 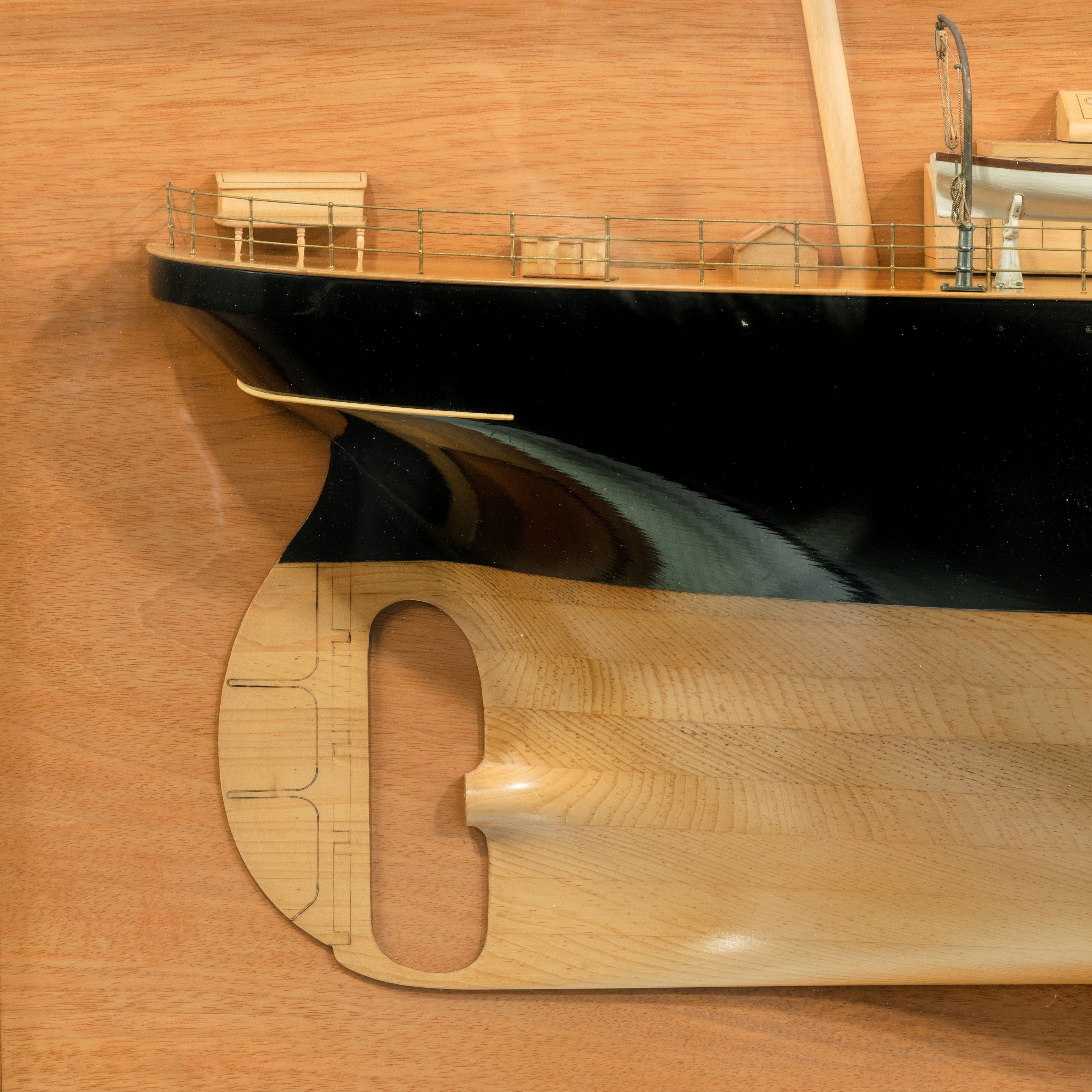 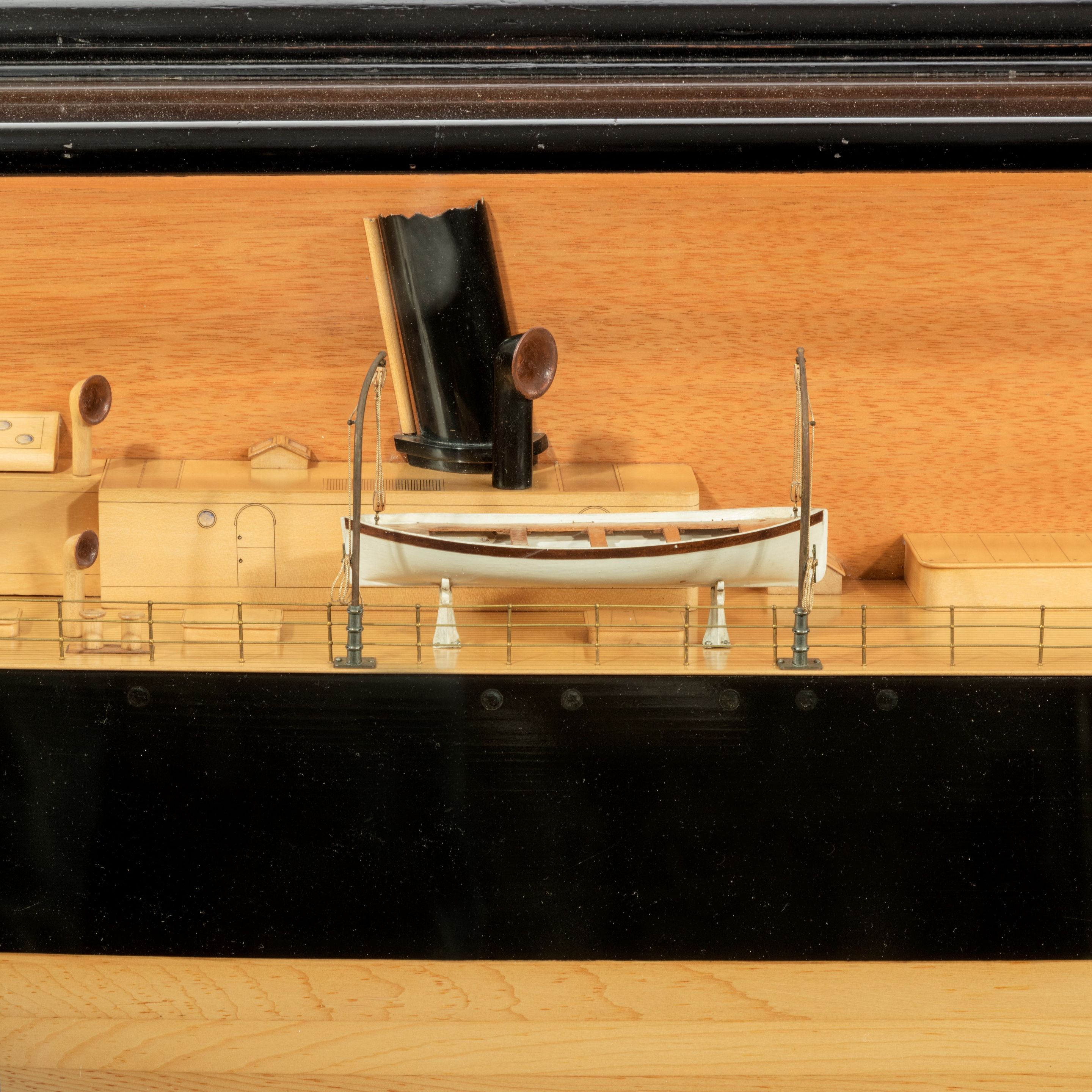 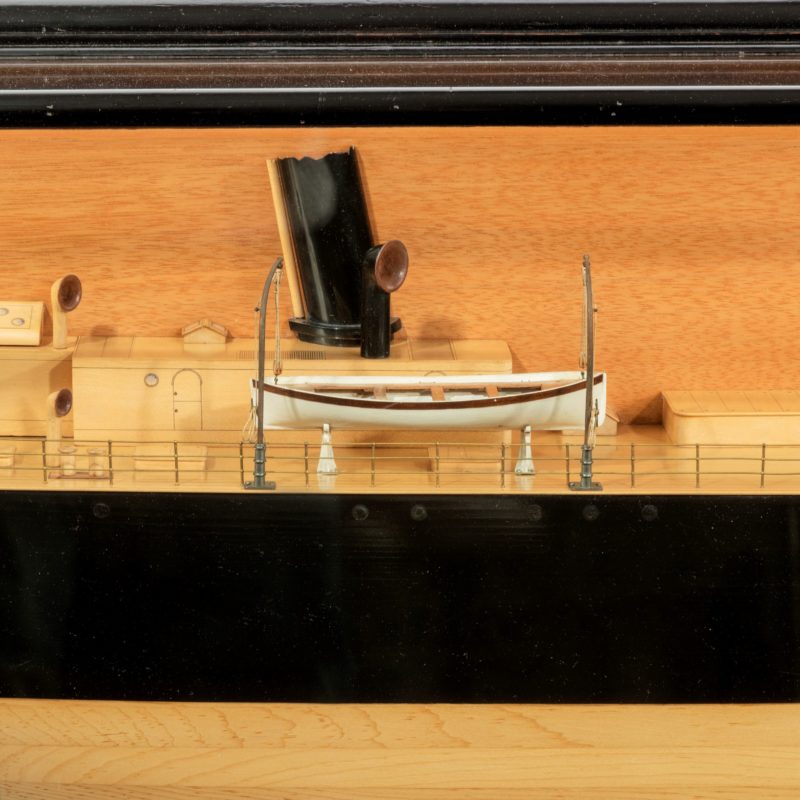 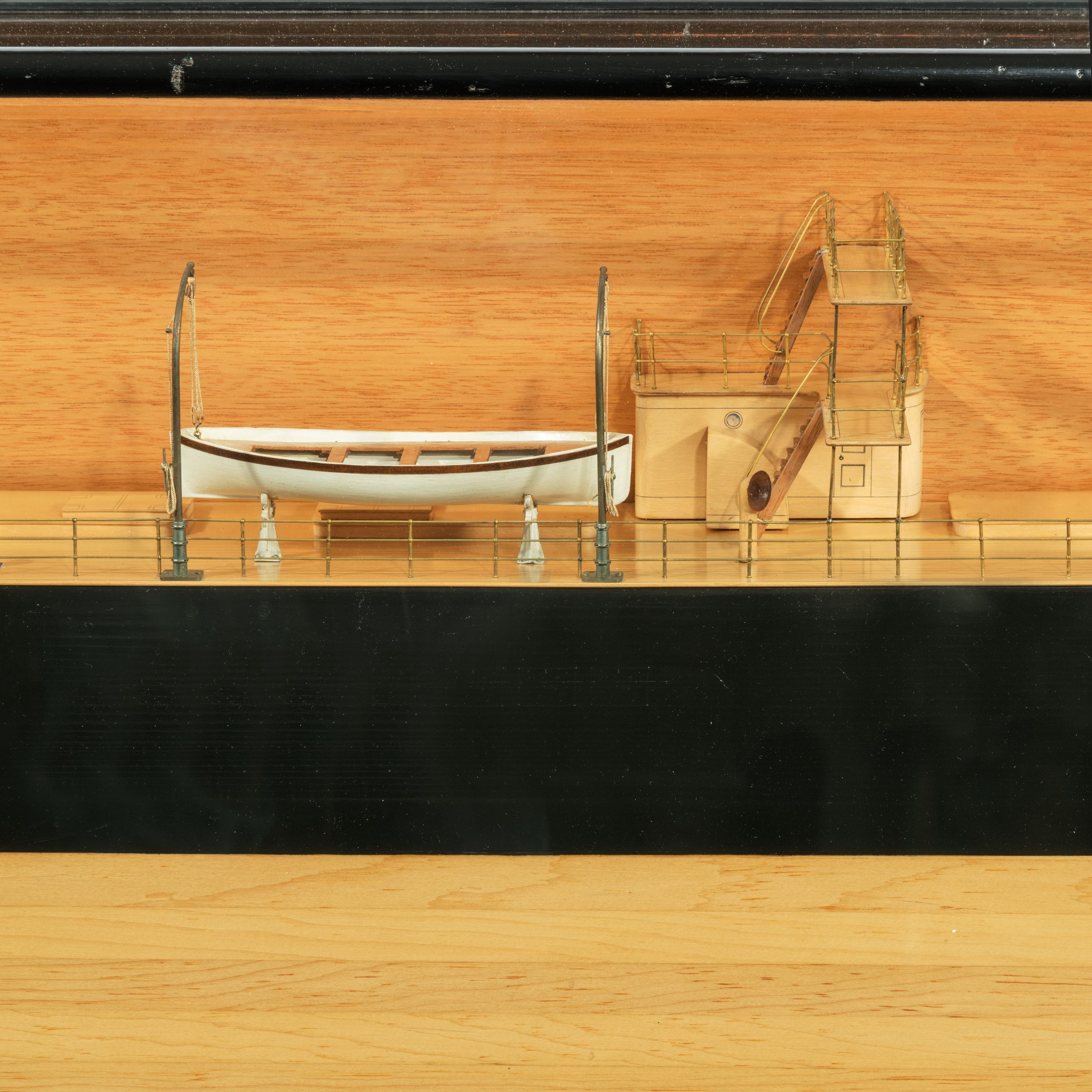 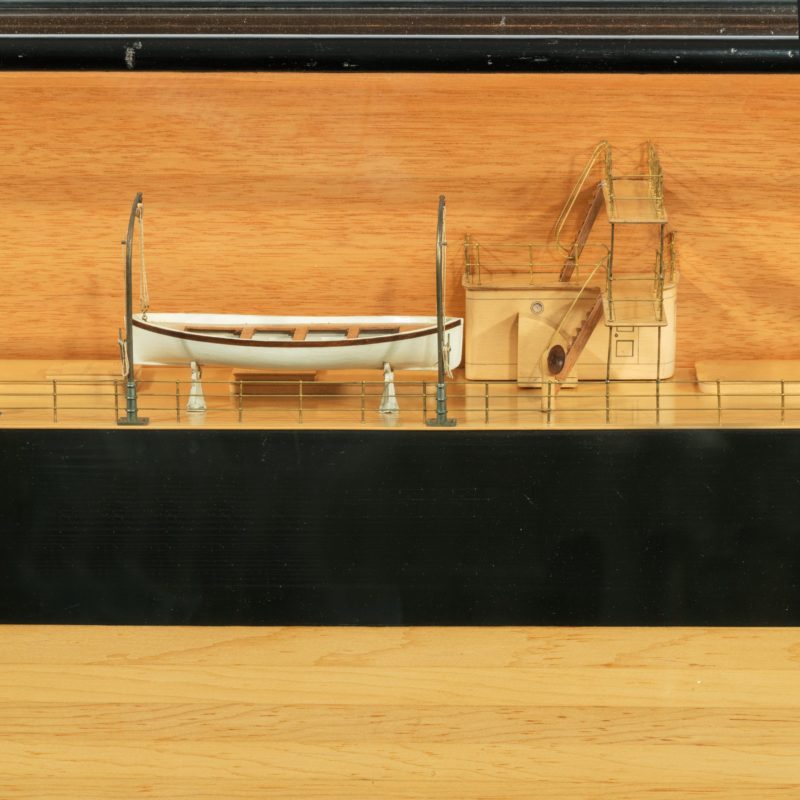 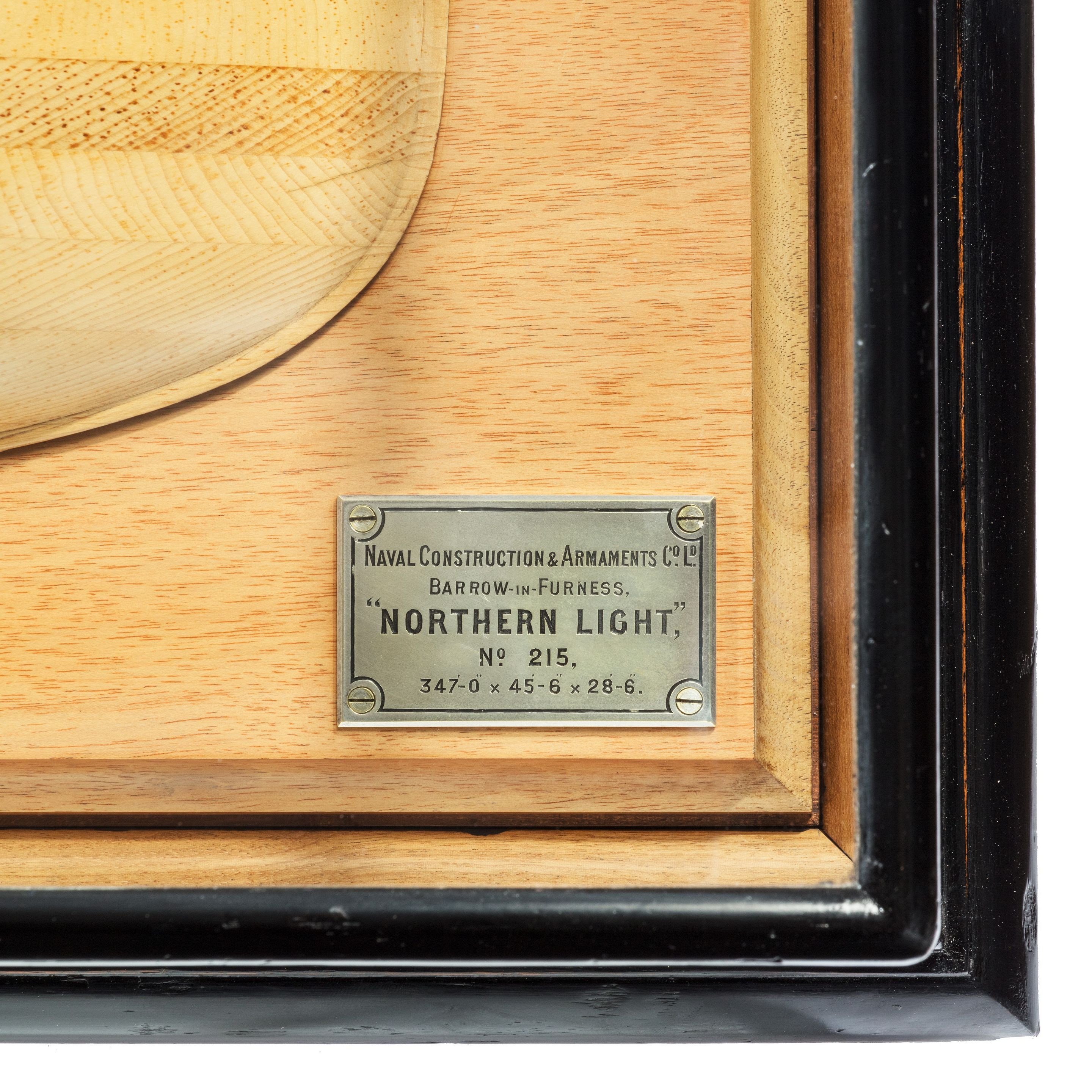 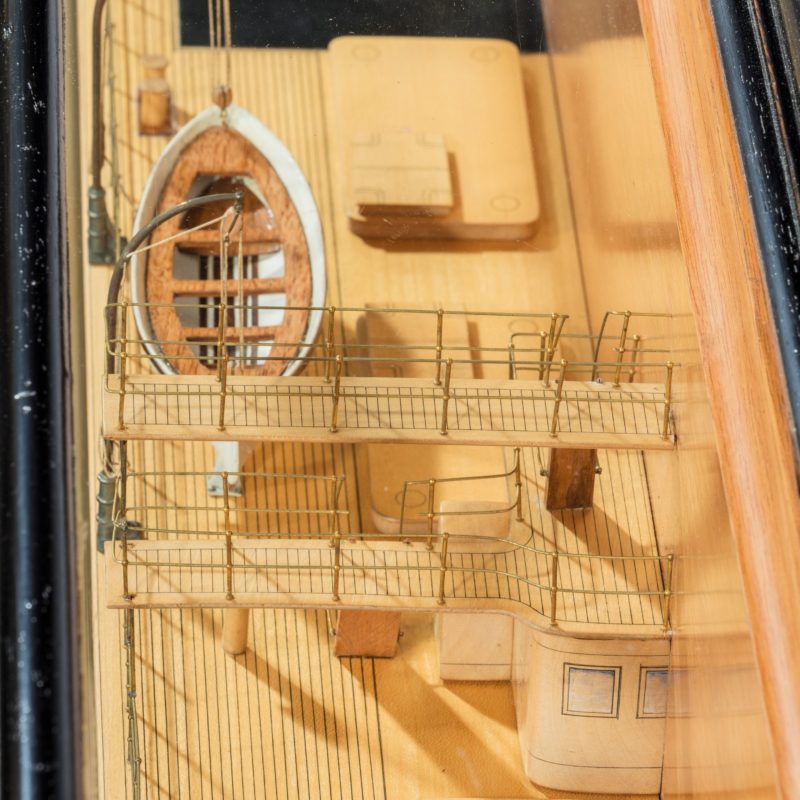 A fine Shipyard half hull model of the NORTHERN LIGHT

A fine Shipyard half hull model of the NORTHERN LIGHT. Still retained in its original case and set upon its original backboard.
The condition and quality of this lovely model is superb. The hull retains all its original paint, the deck fittings are also of similar quality.

BUITLT BY THE naval Construction and Armaments CoLtd.
Barrow- in – Furness. No 215