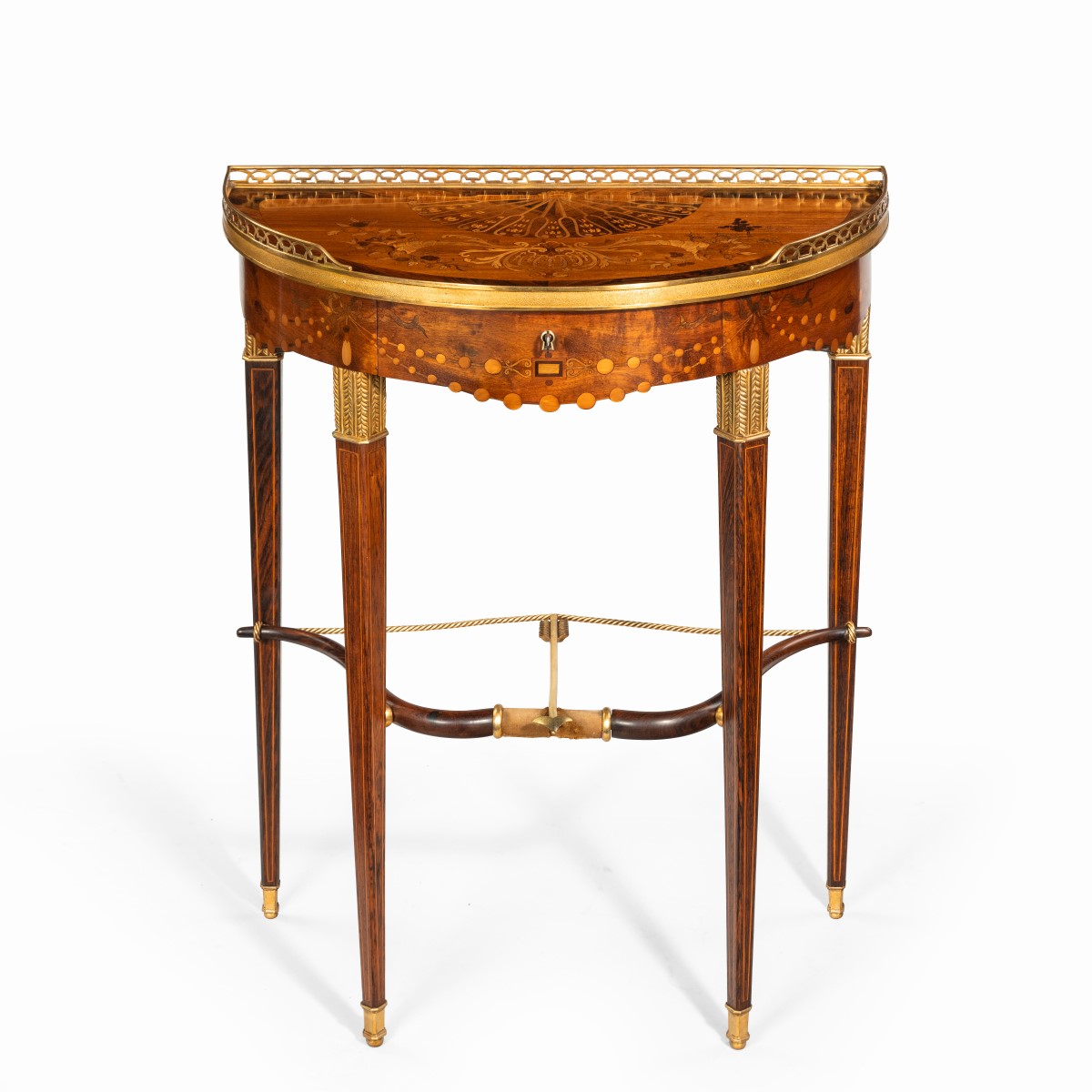 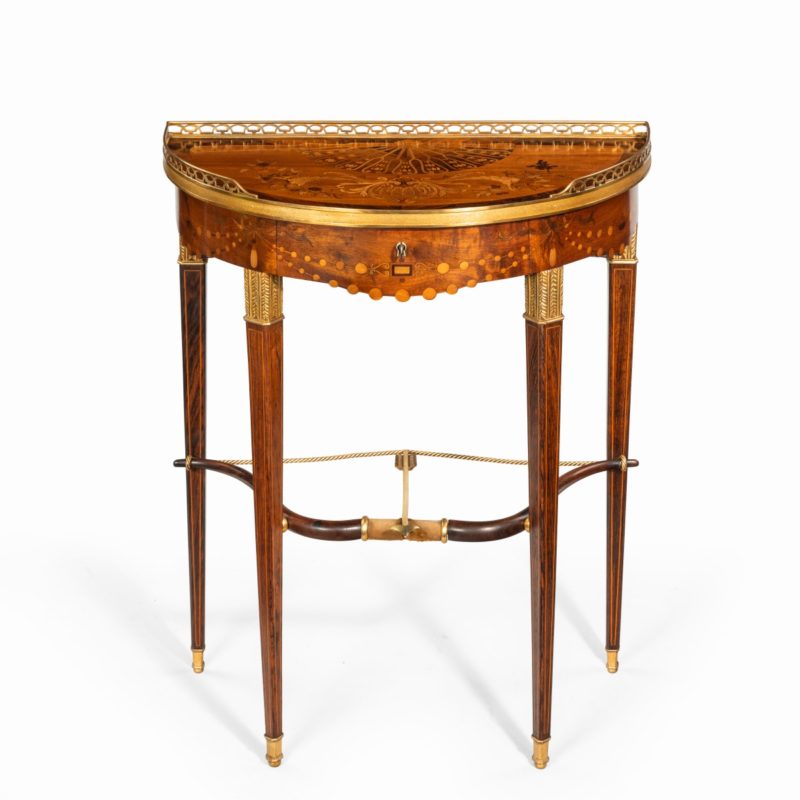 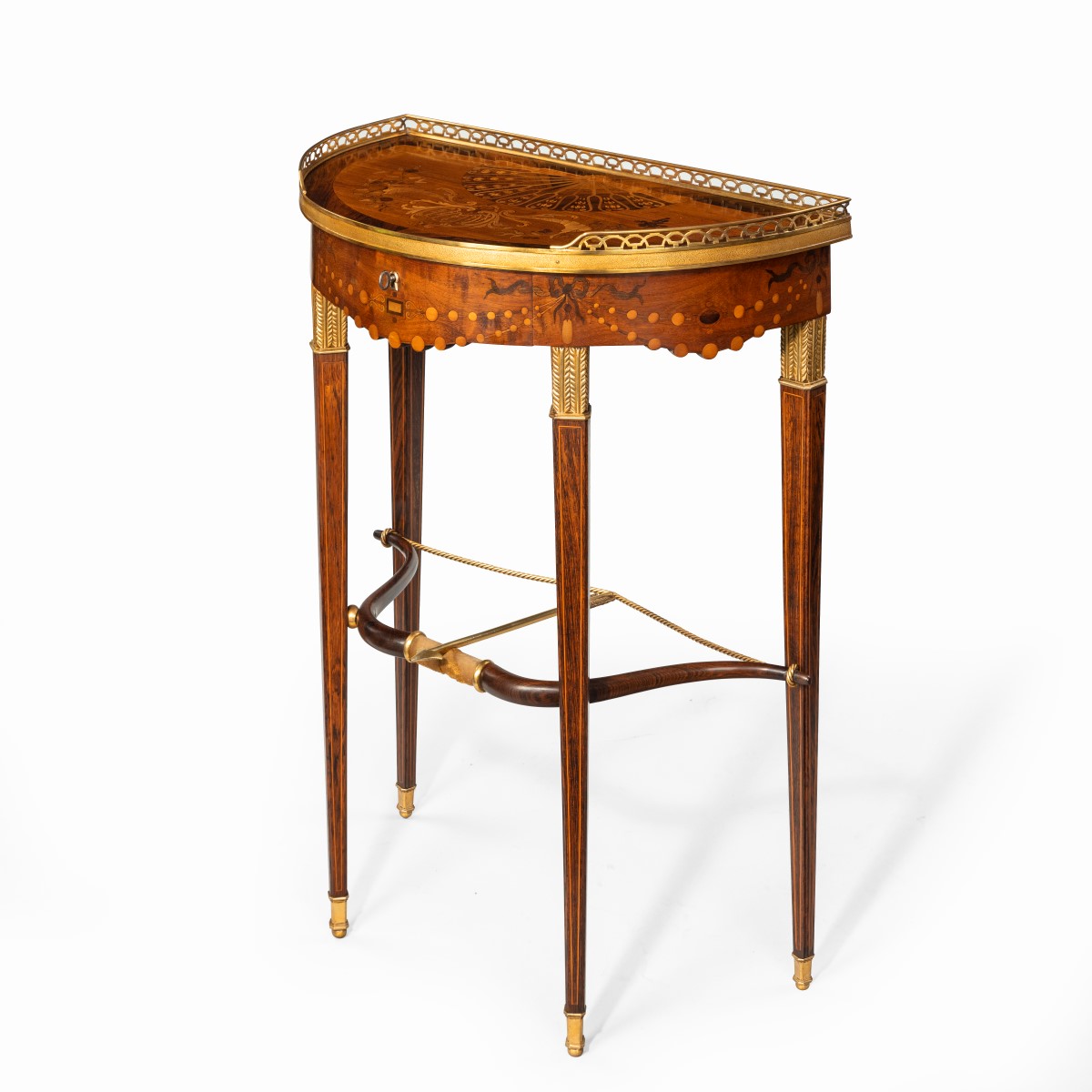 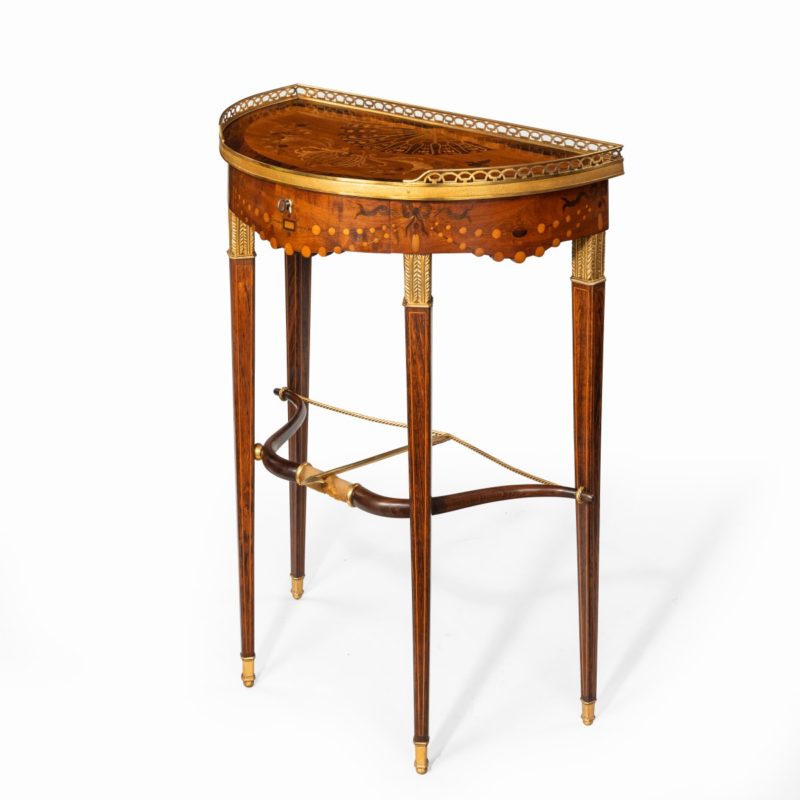 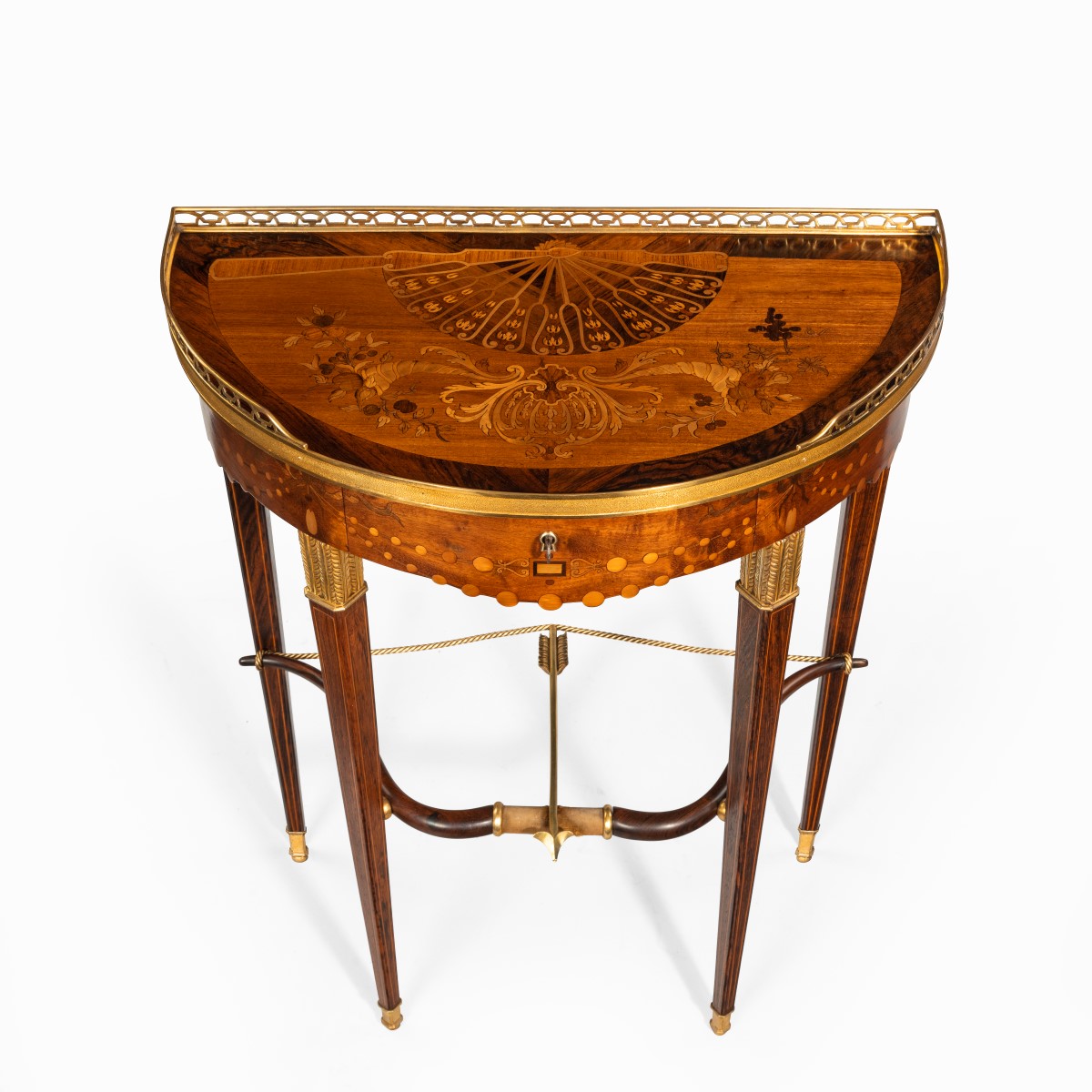 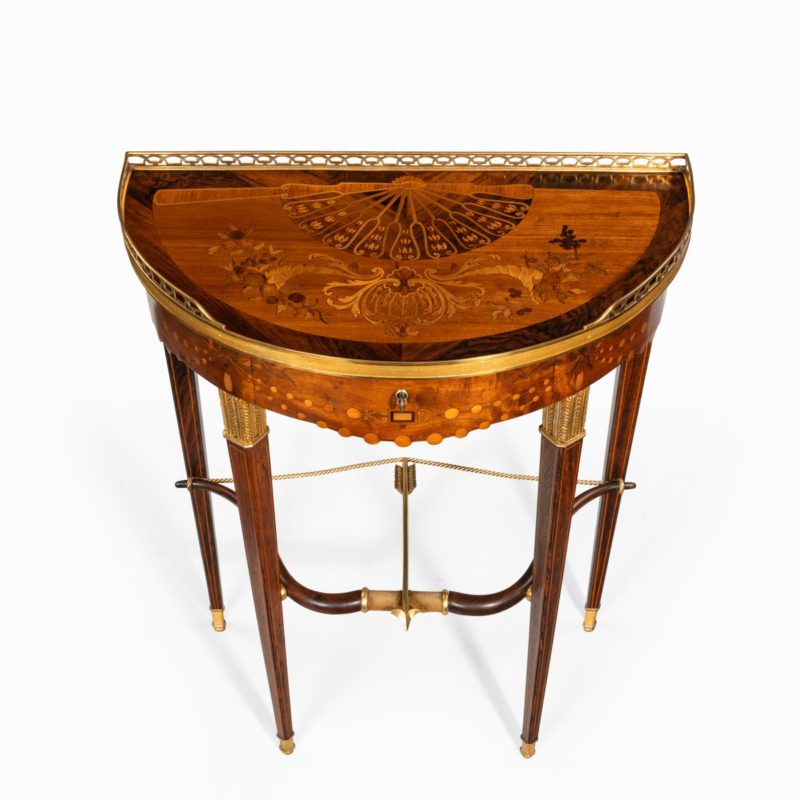 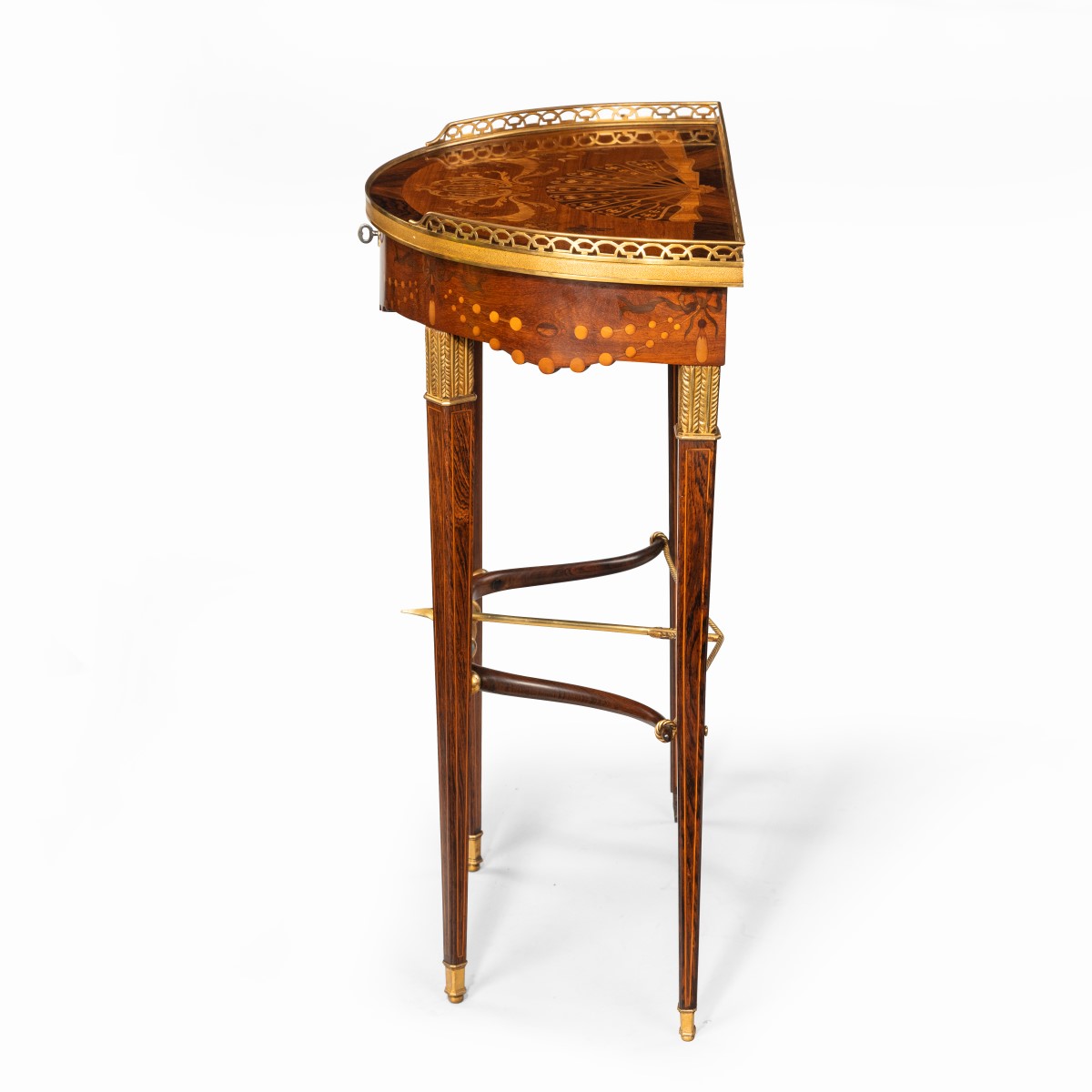 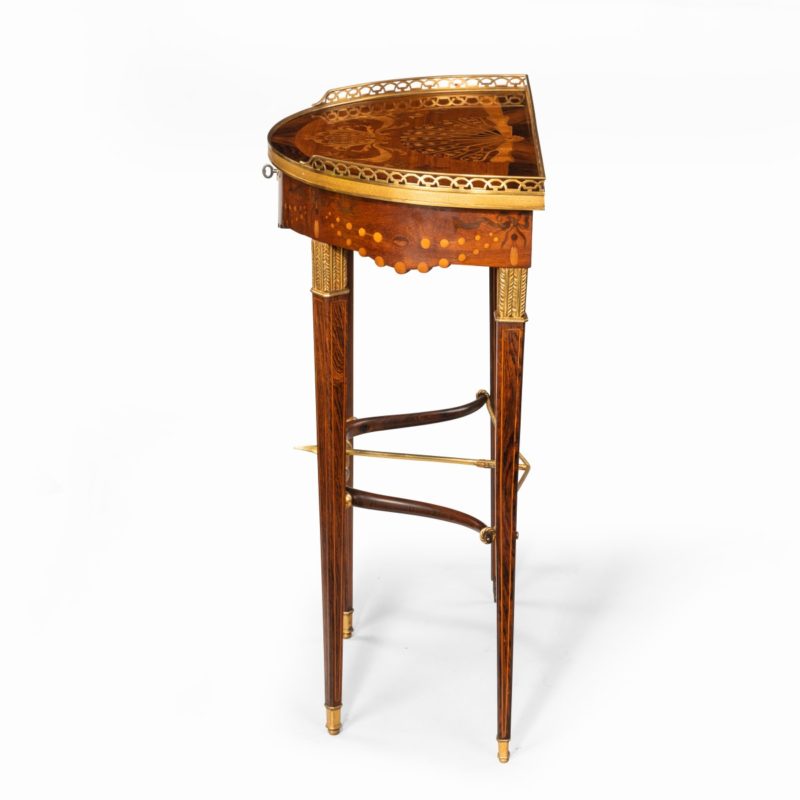 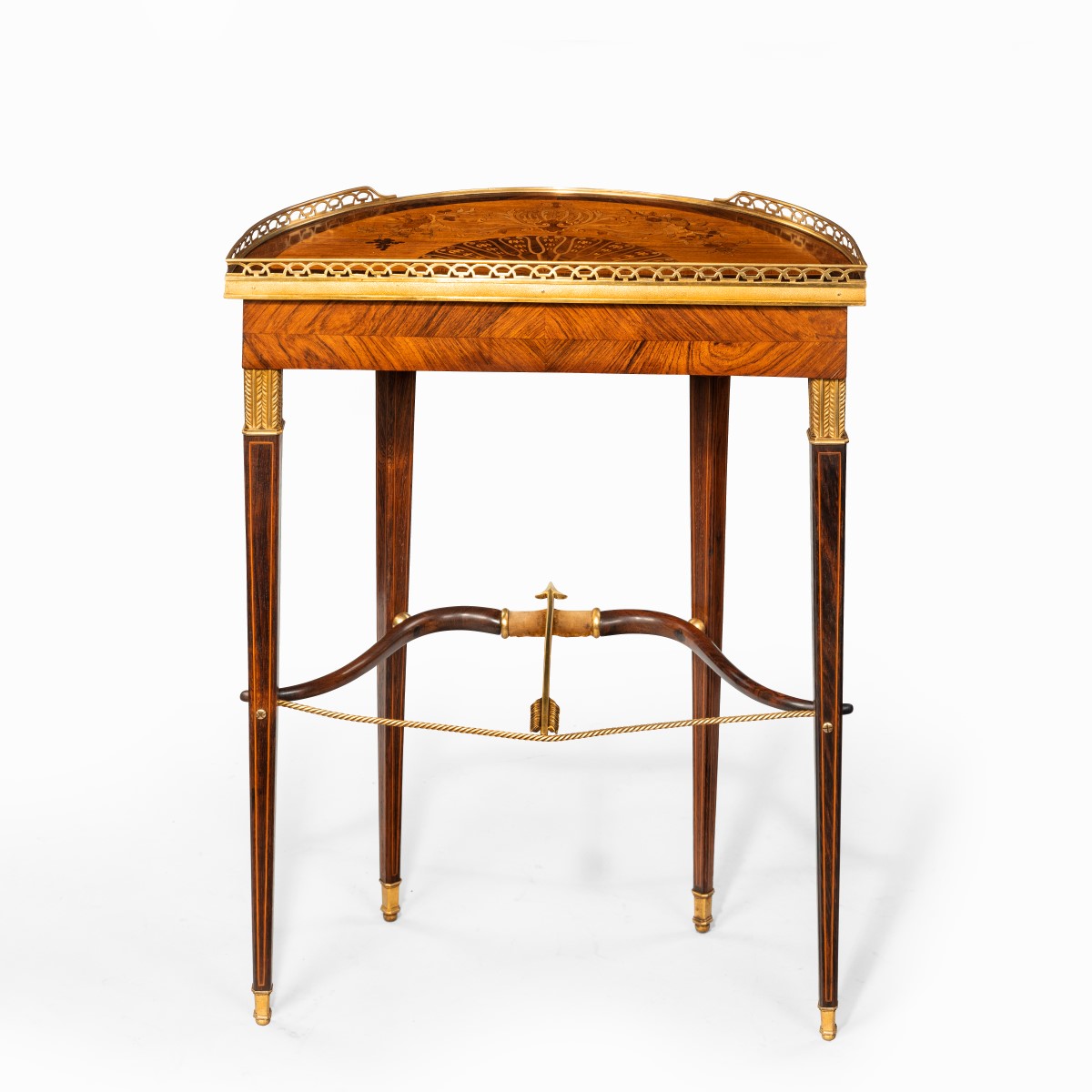 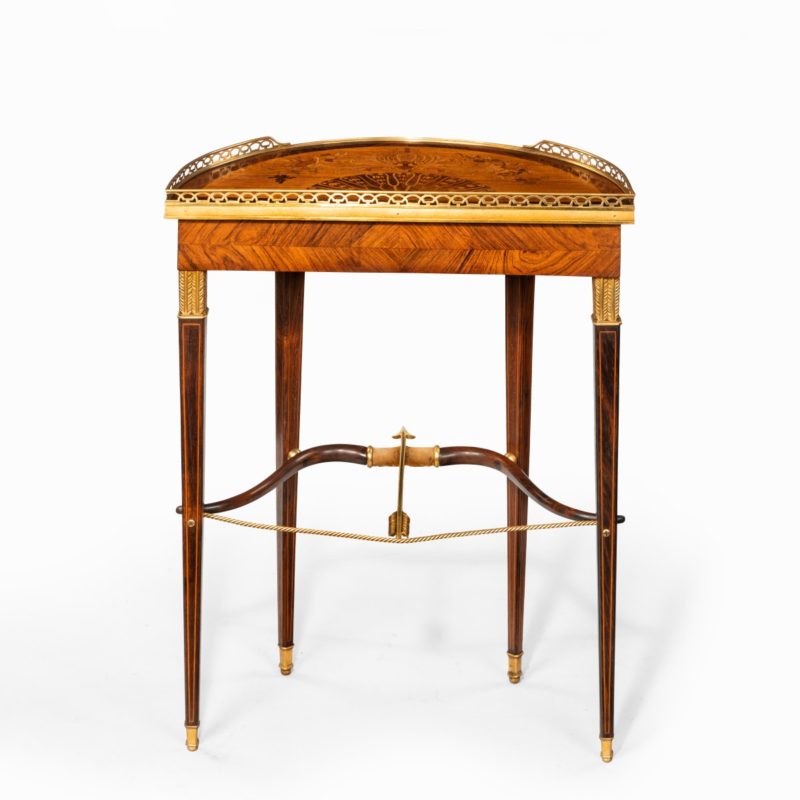 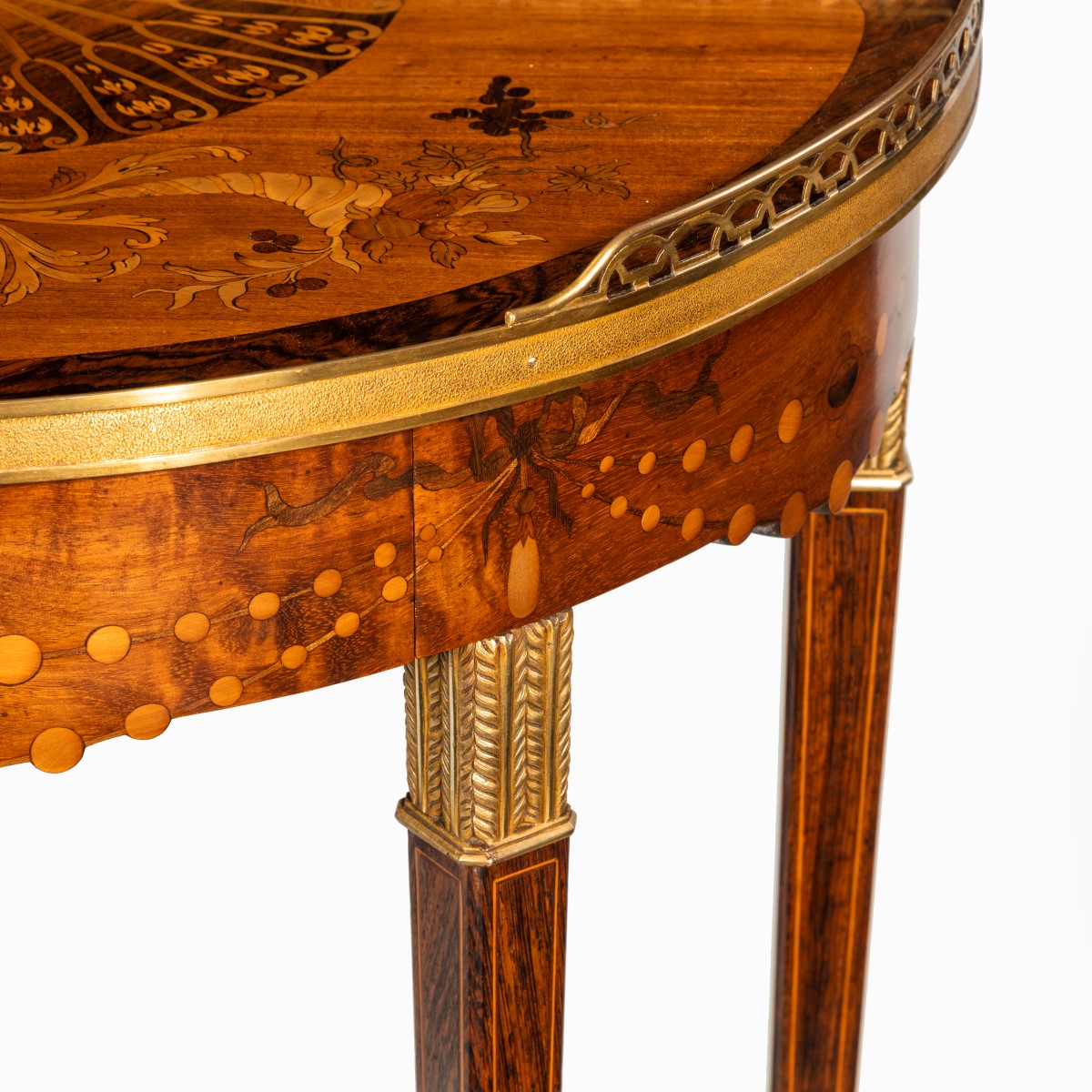 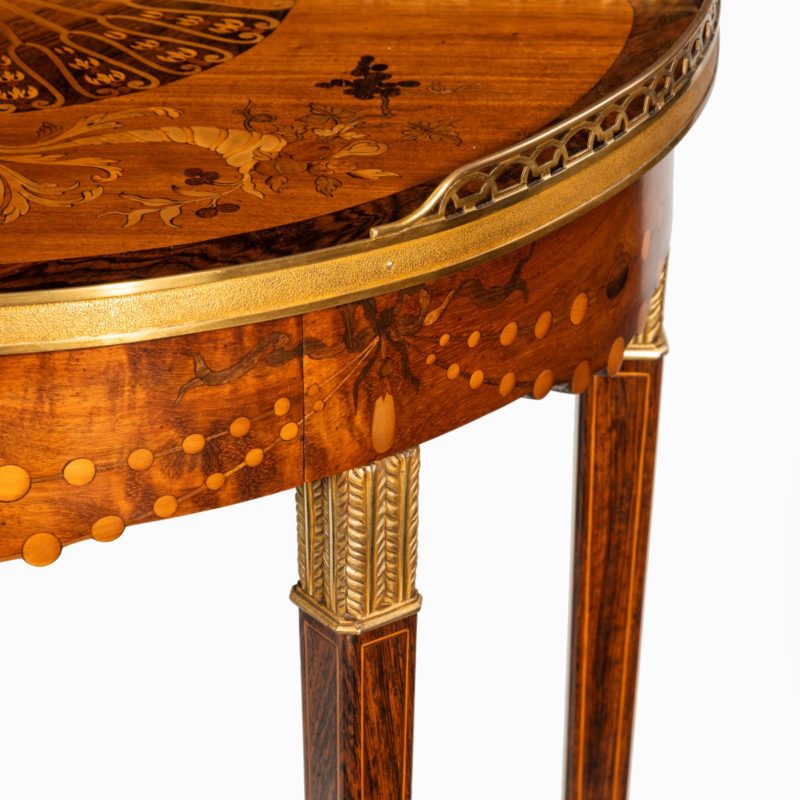 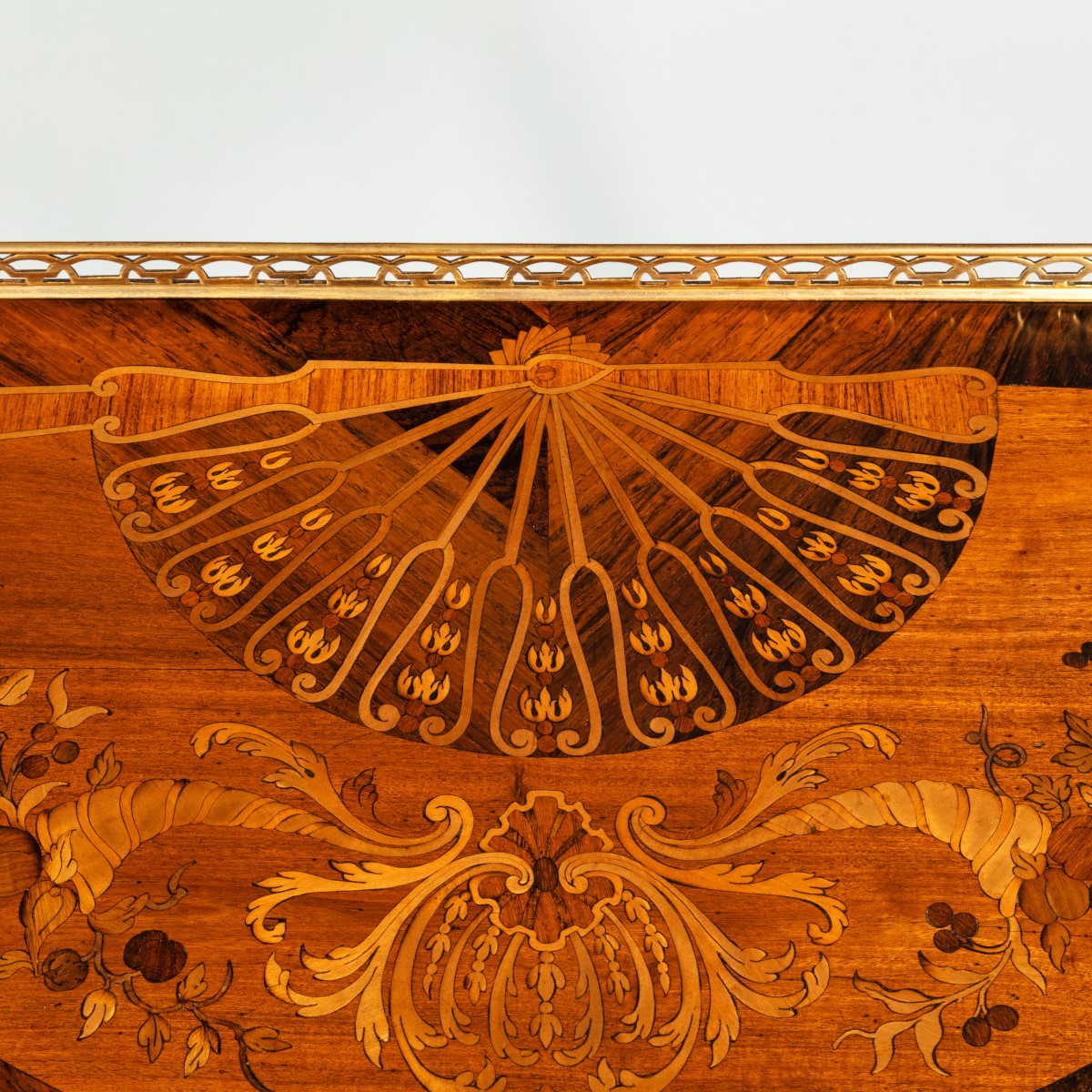 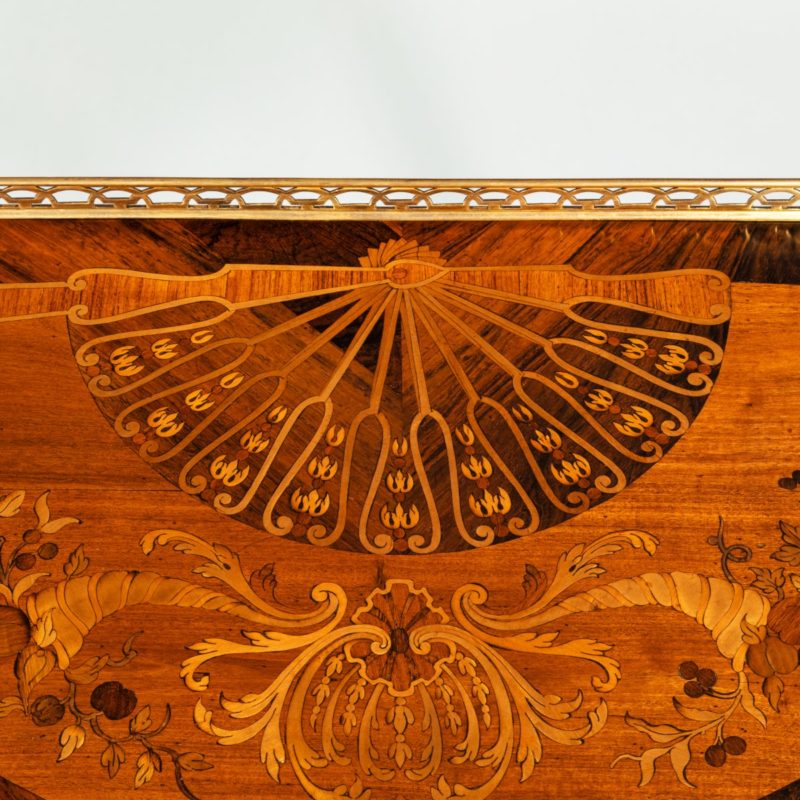 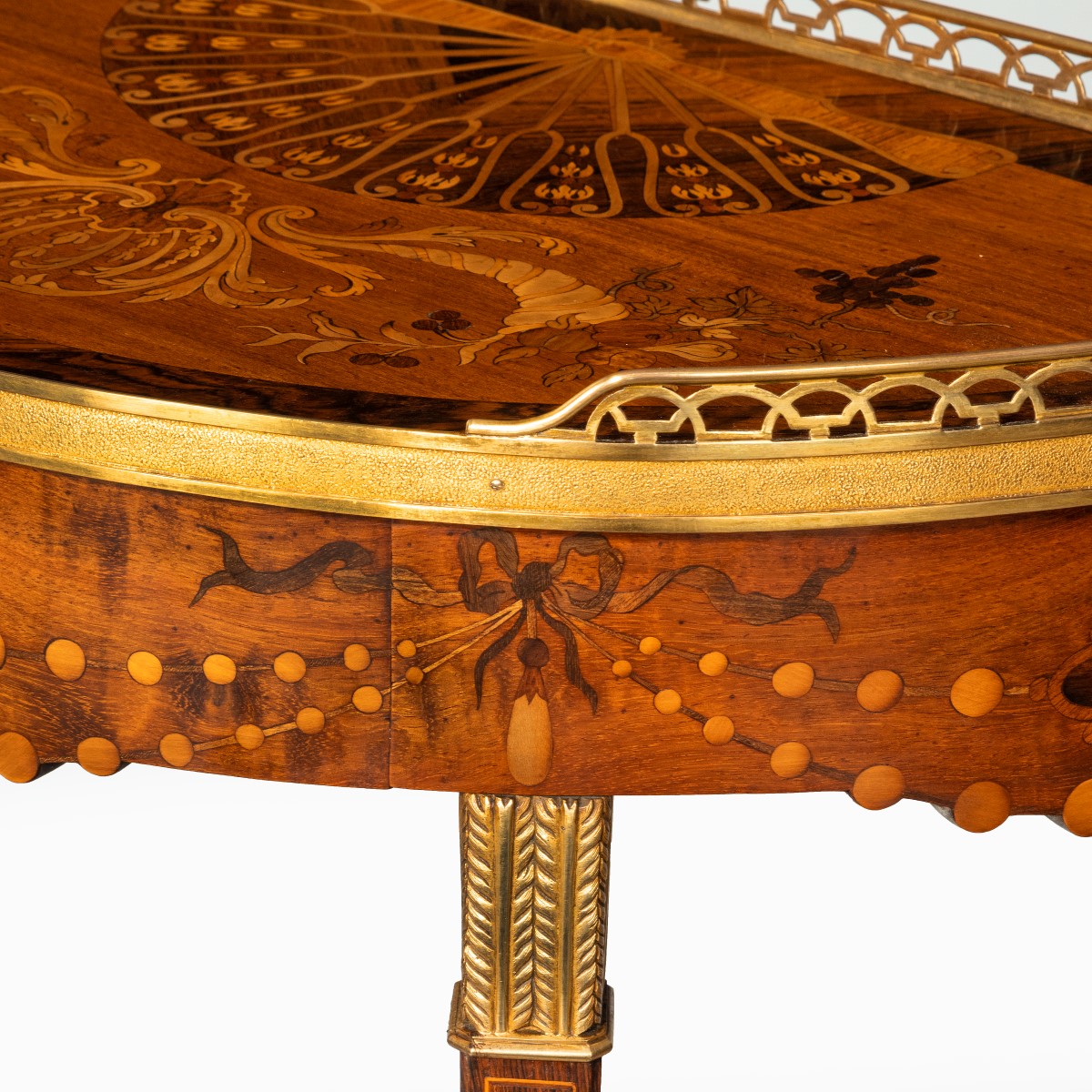 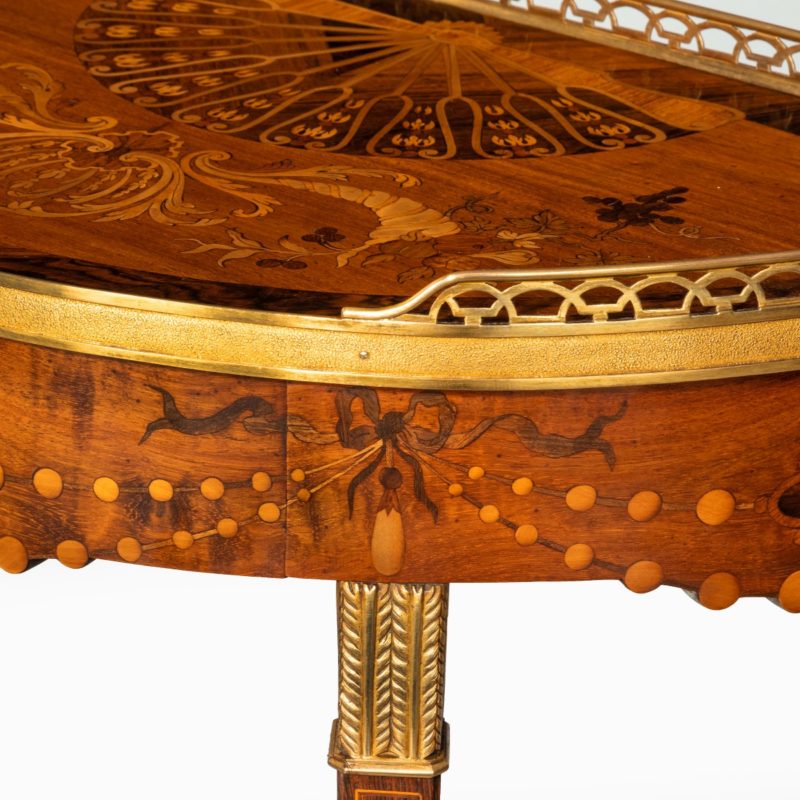 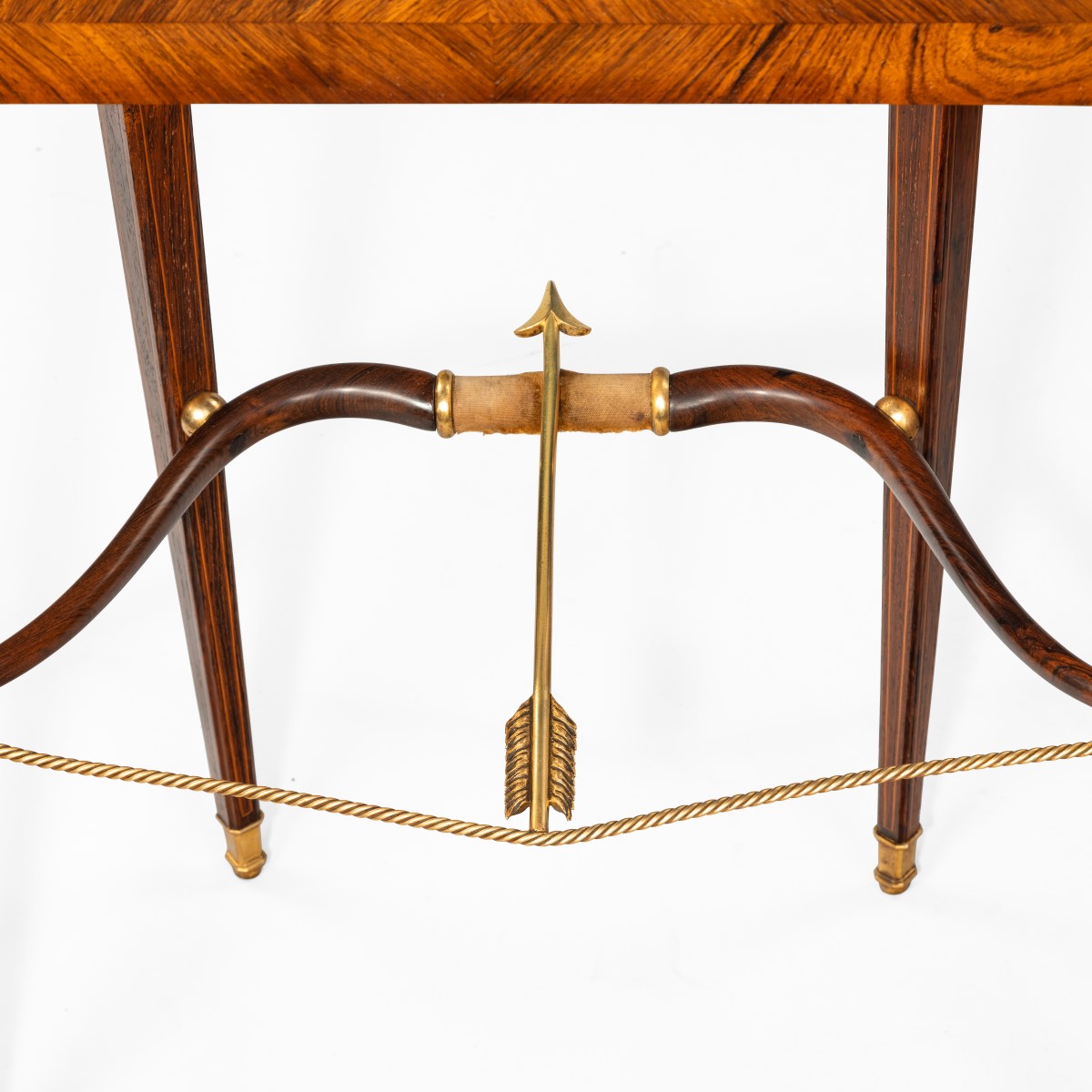 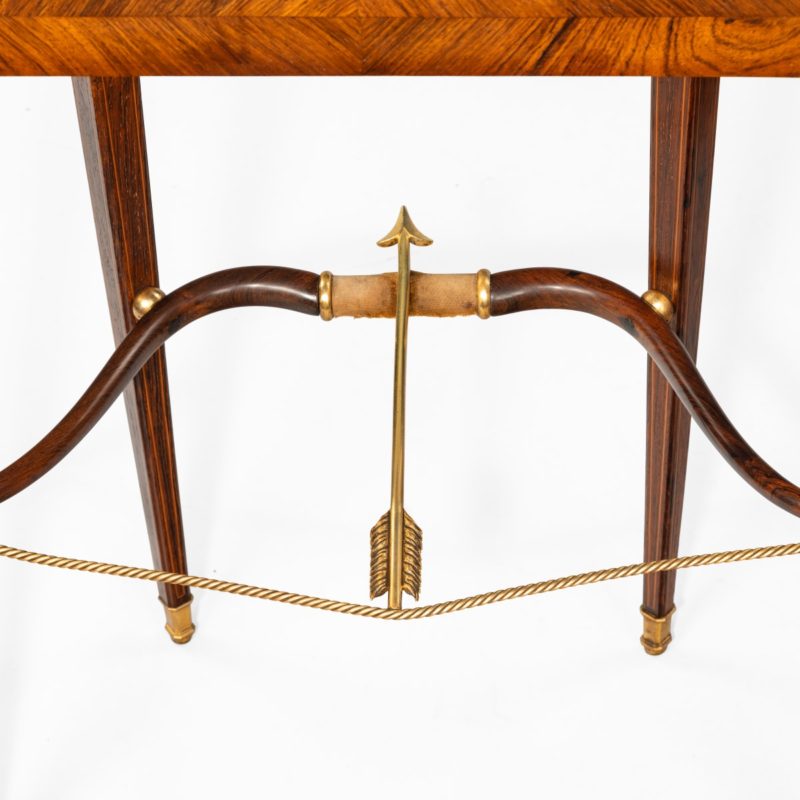 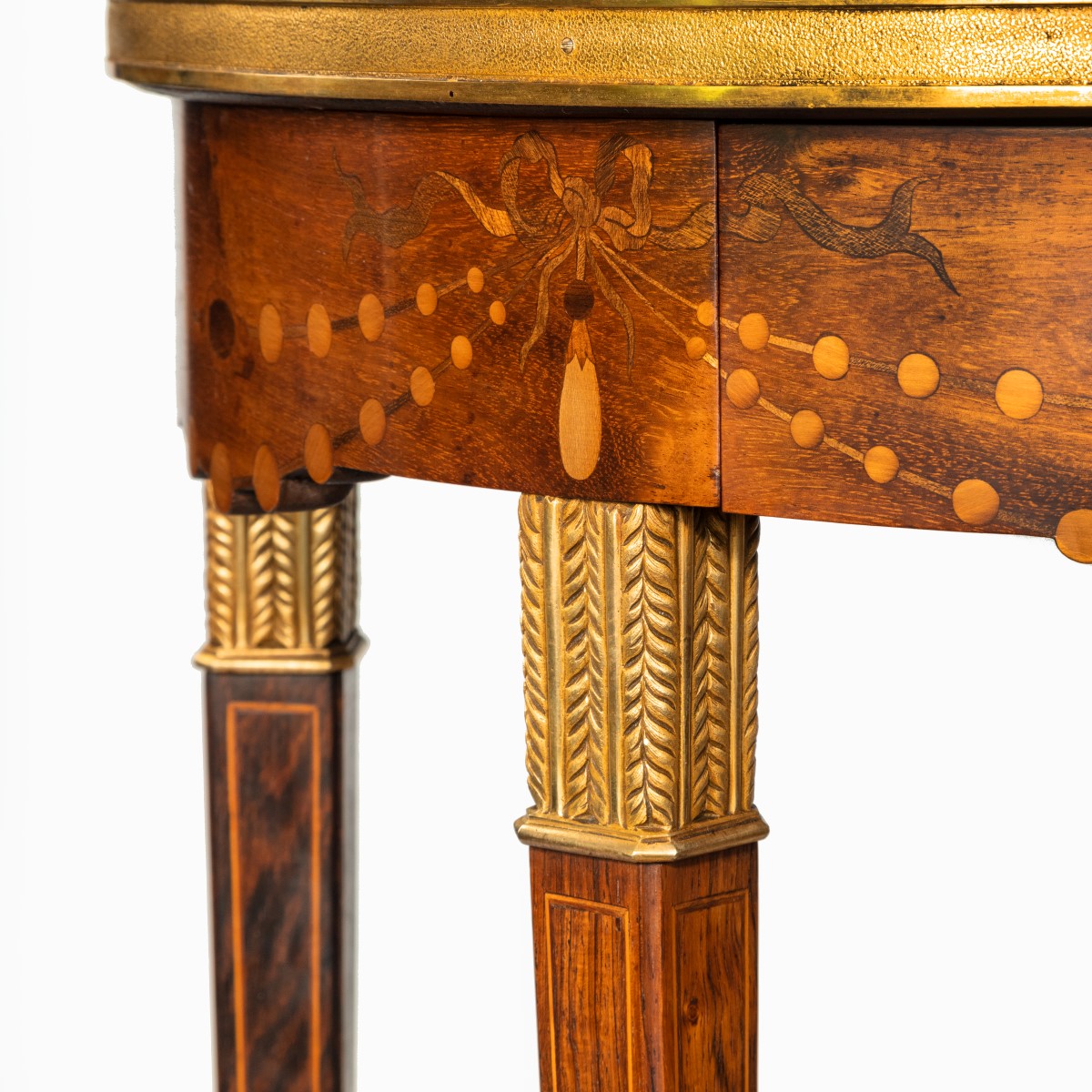 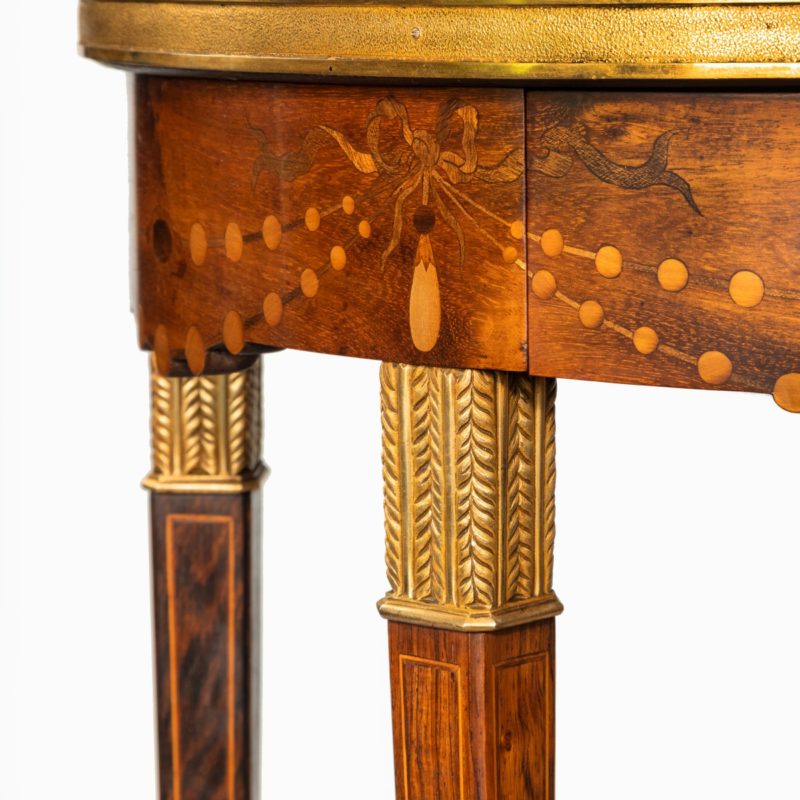 A French demi-lune rosewood bow and arrow table by Georges-François Alix, the hemispherical top with an ormolu gallery and disguised frieze drawer, all raised on four stylised quivers joined by a drawn bow and ormolu arrow, inlaid throughout with a variety of exotic woods with a fan and floral motifs. French, circa 1890.

See page No 240 In Christopher Paynes book Paris furniture . The luxury of the 19th century, for an identical pair of table by Ali’s.