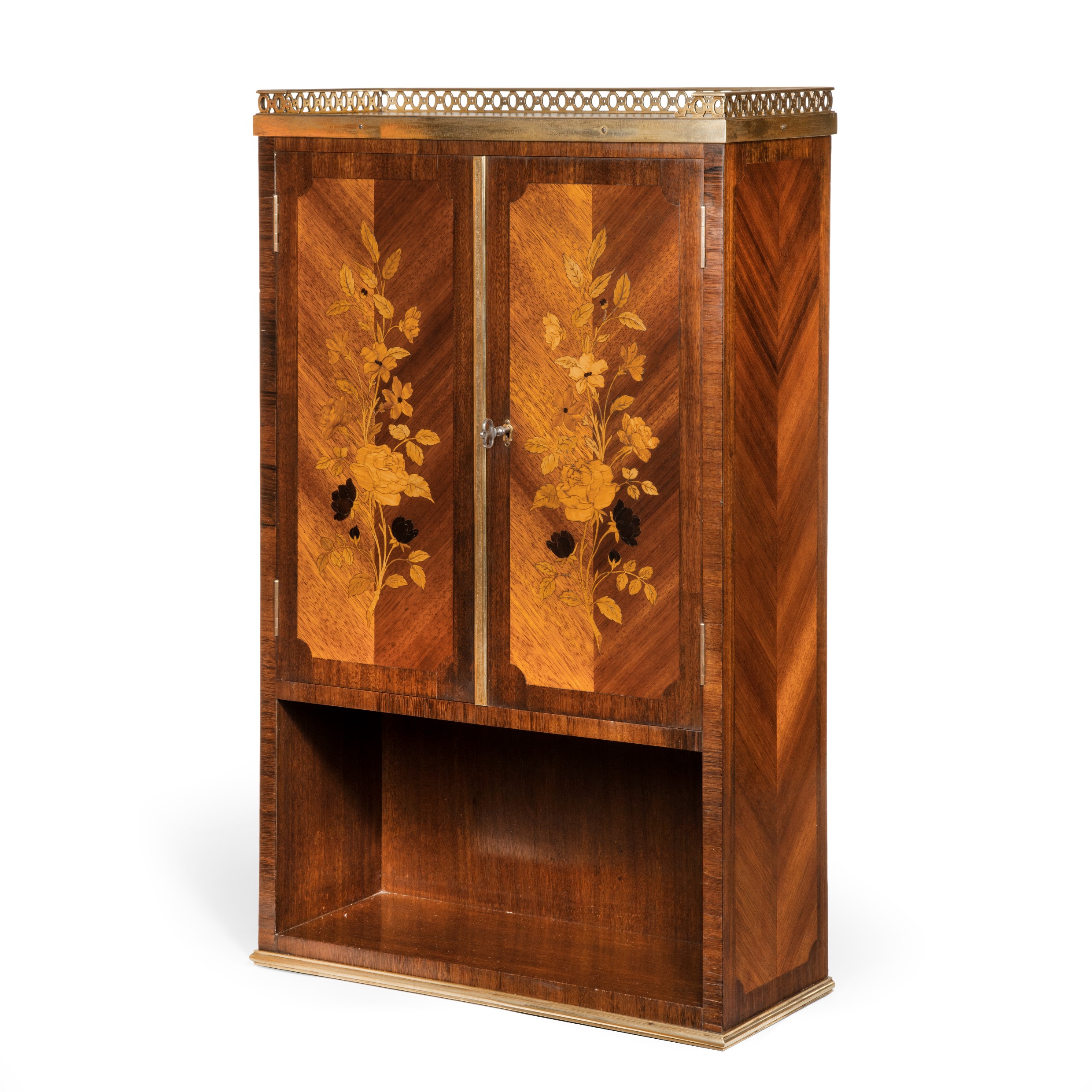 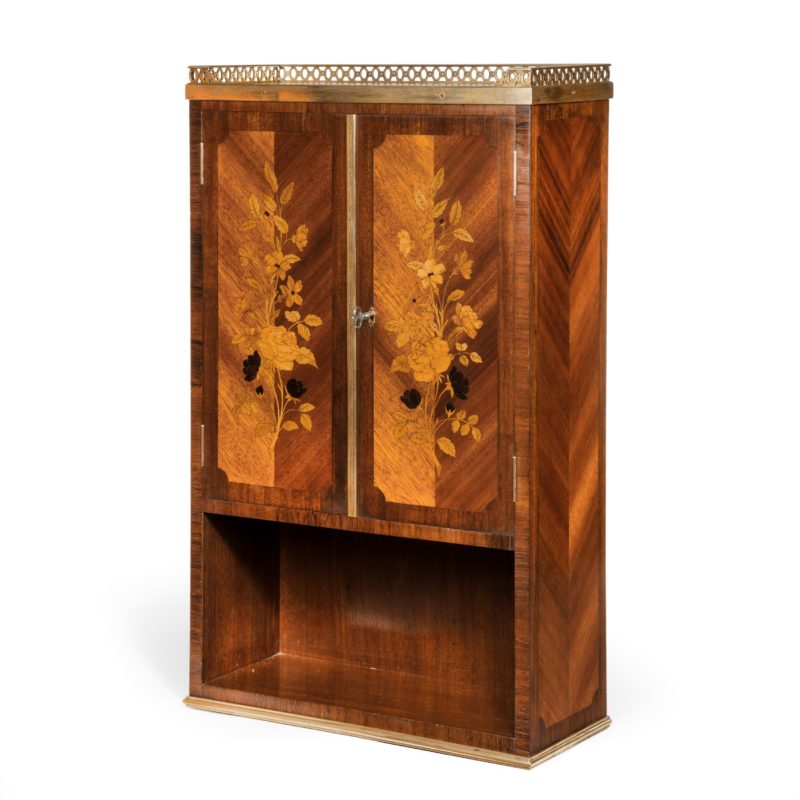 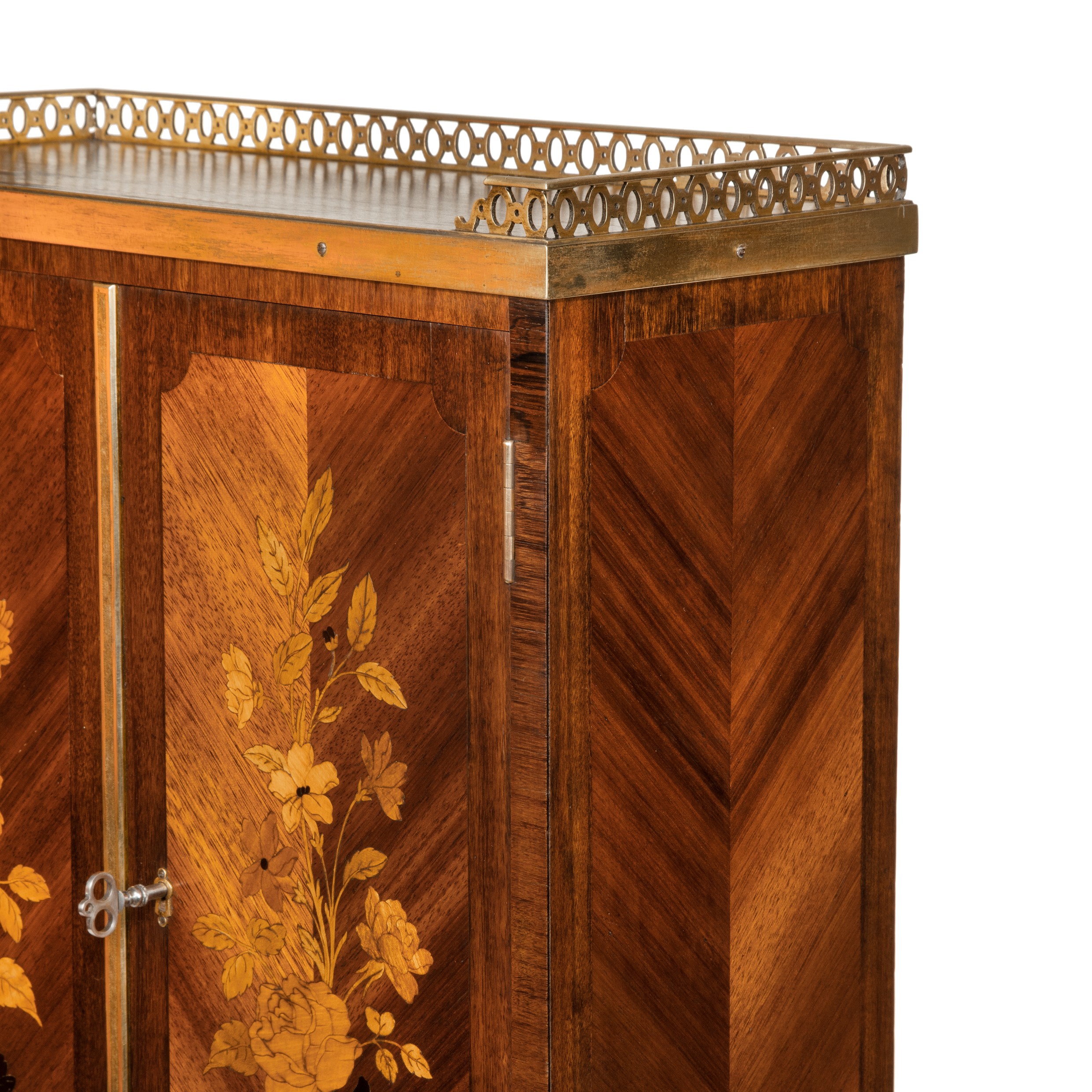 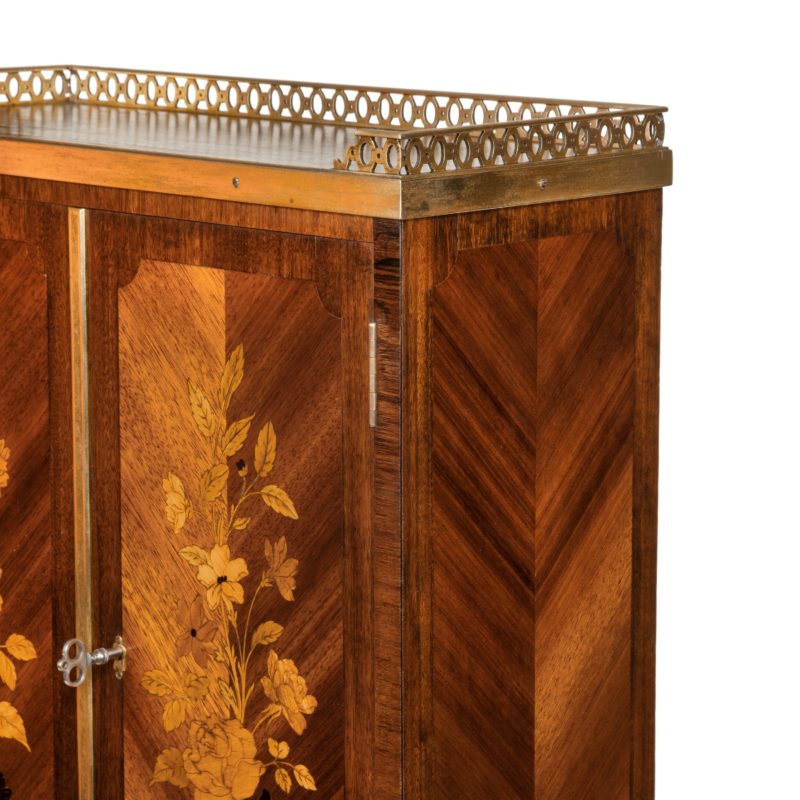 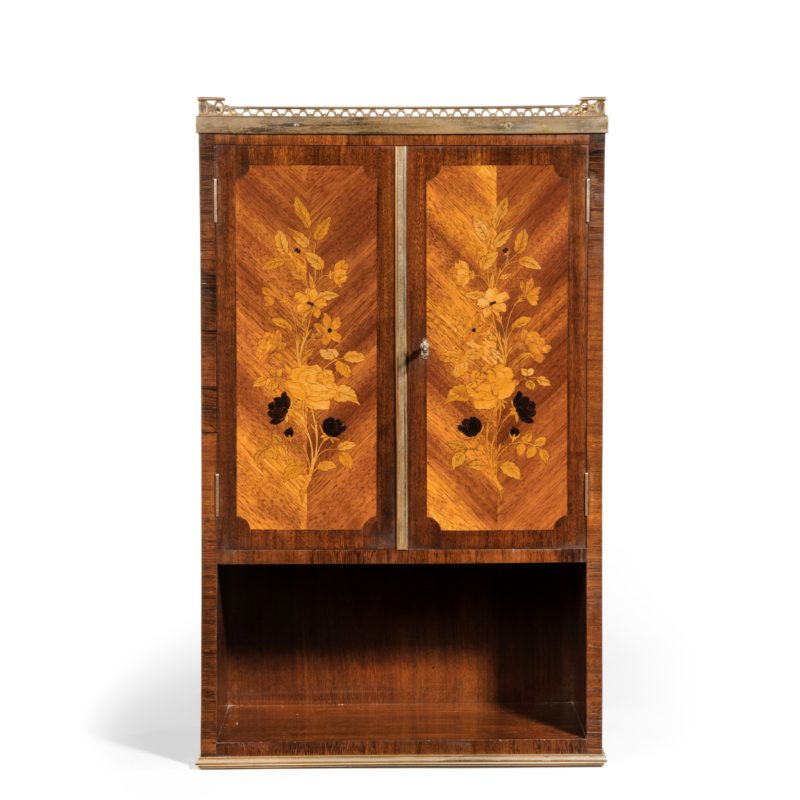 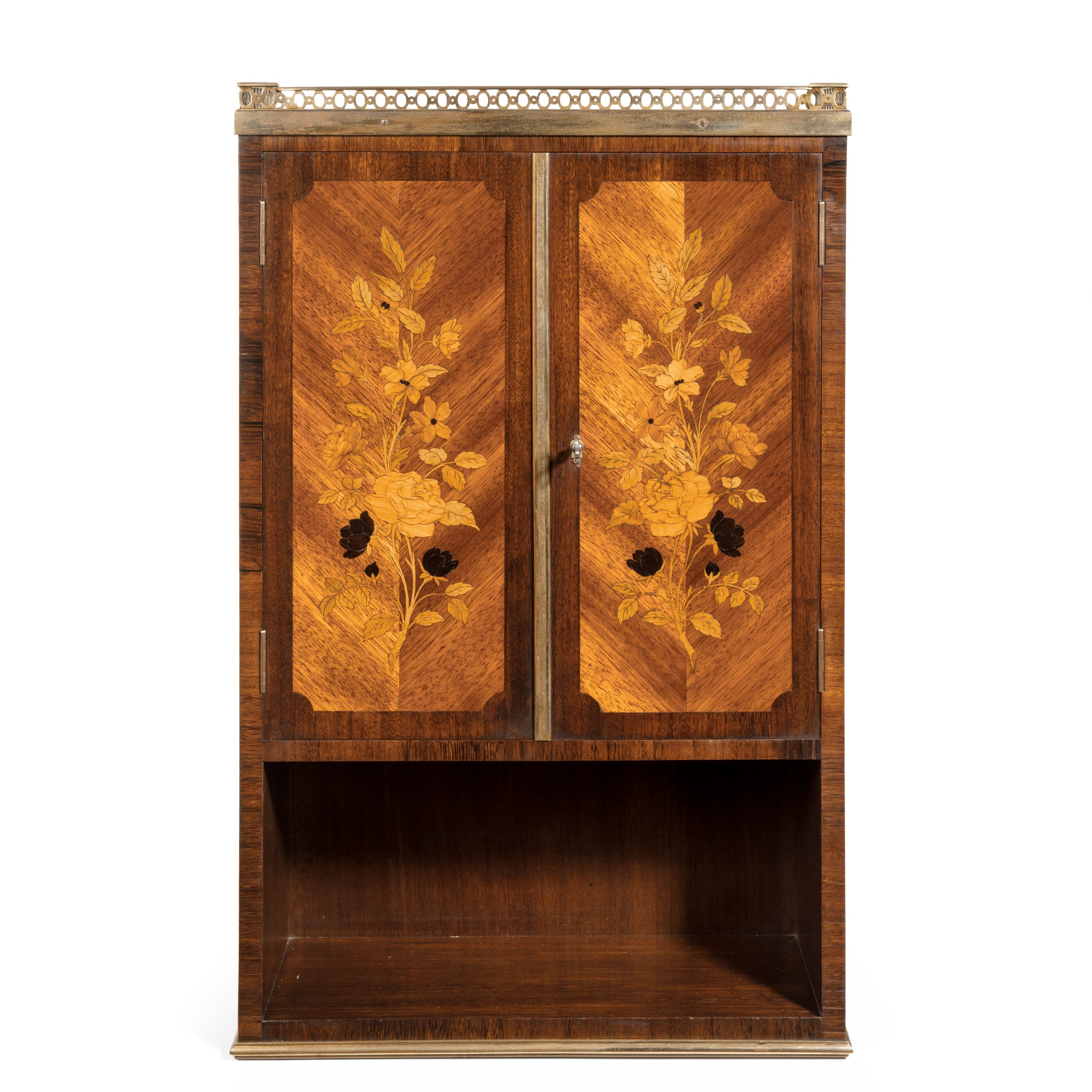 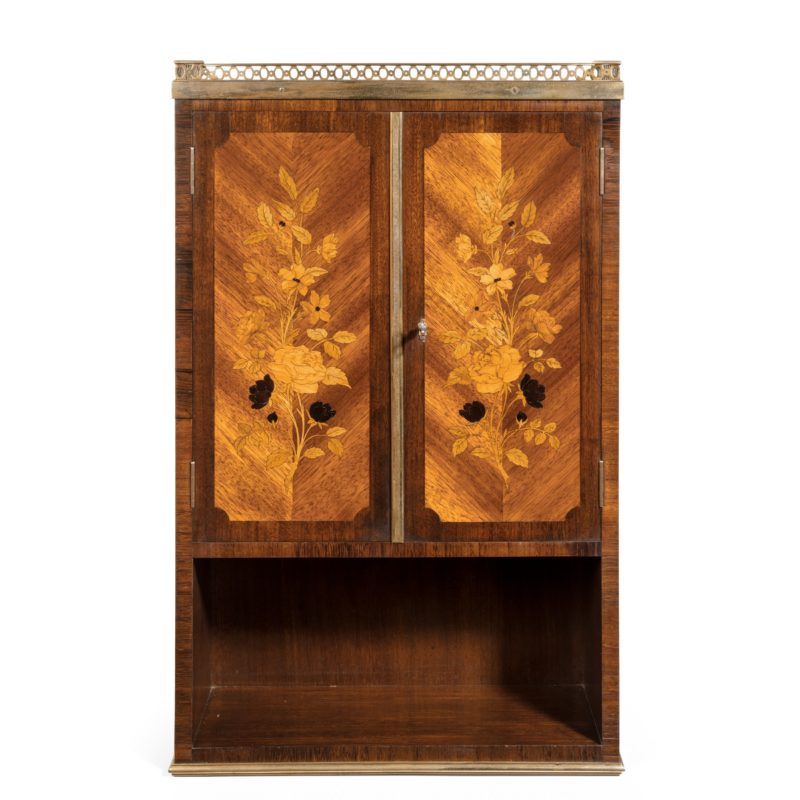 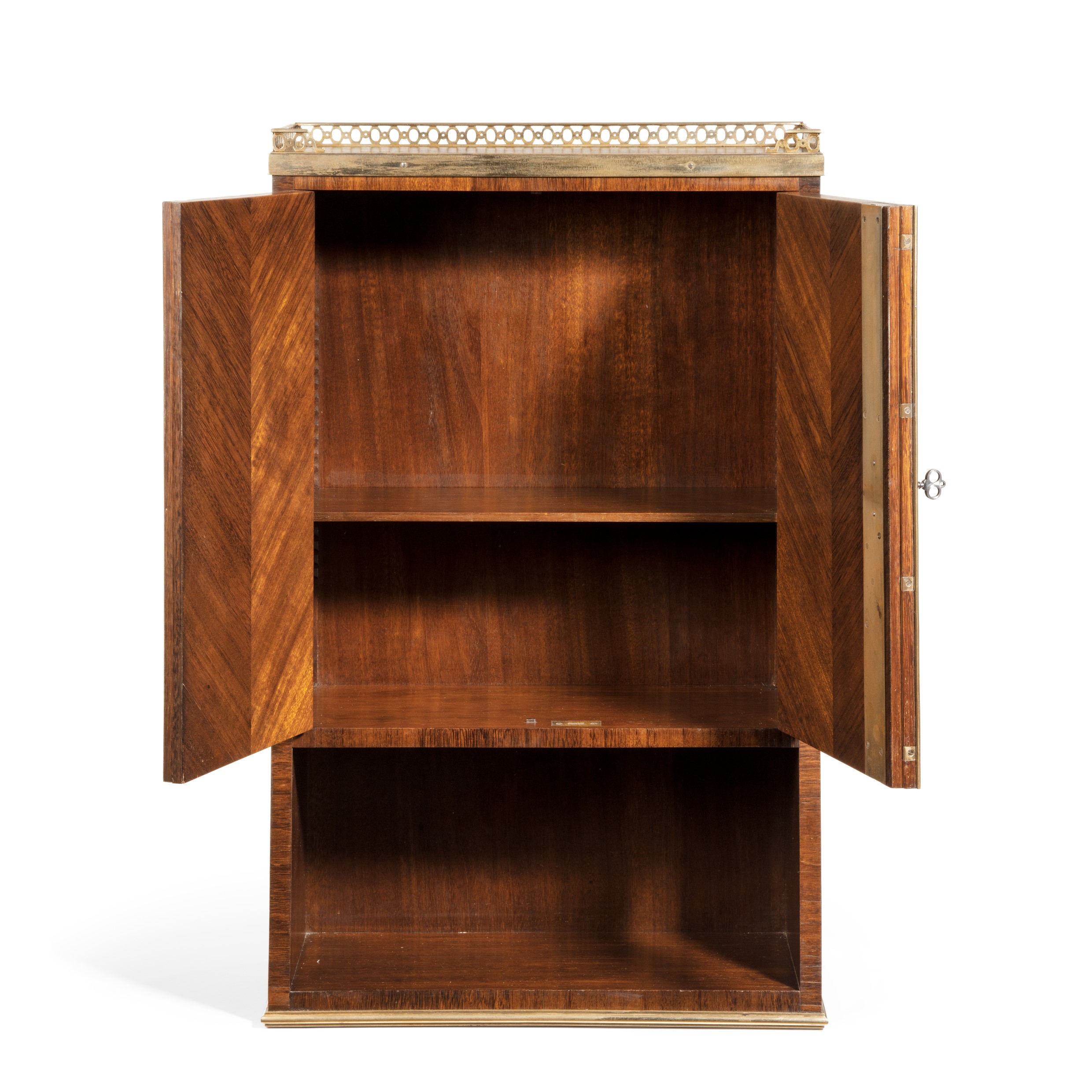 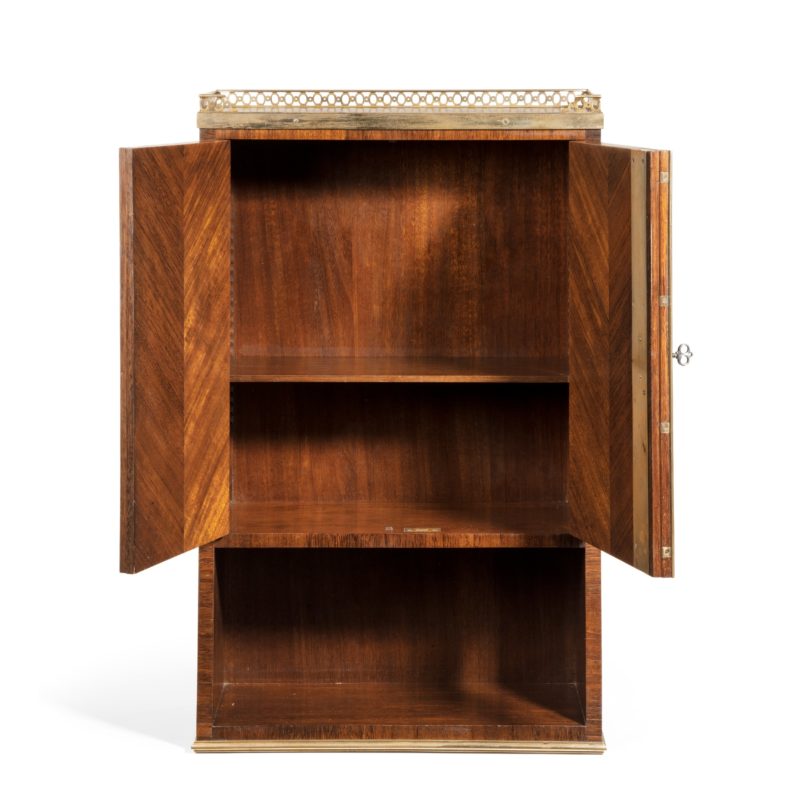 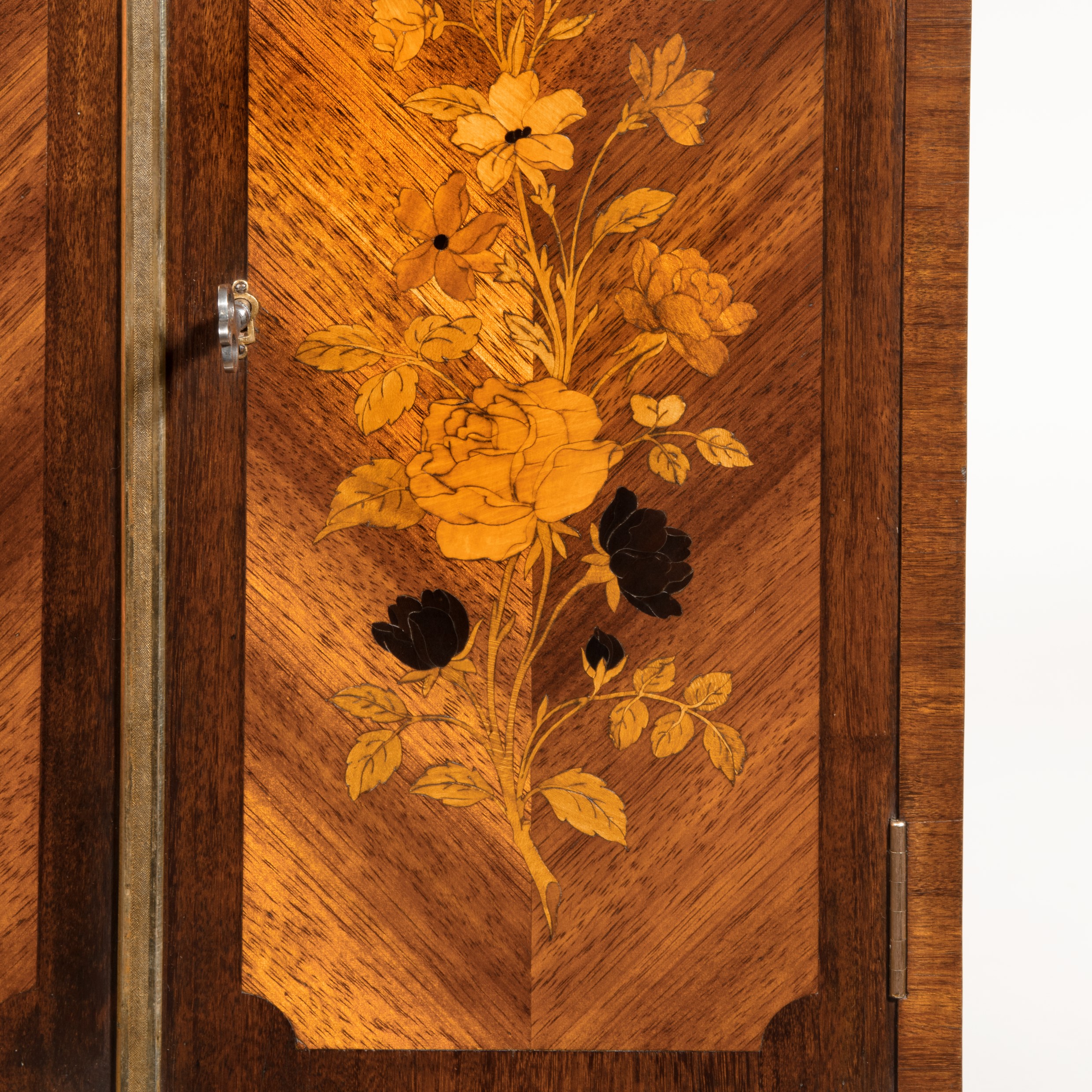 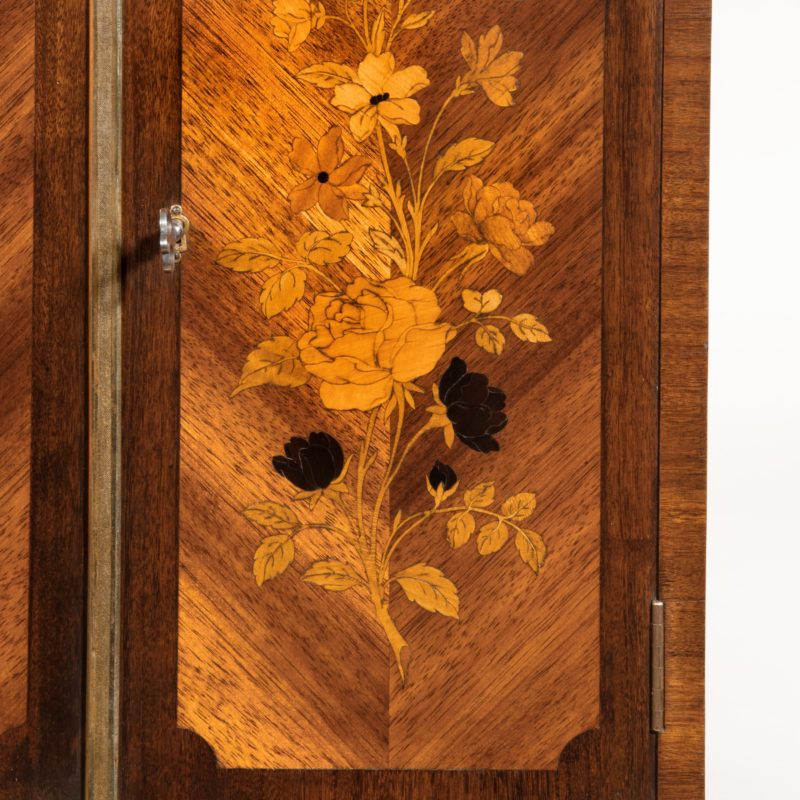 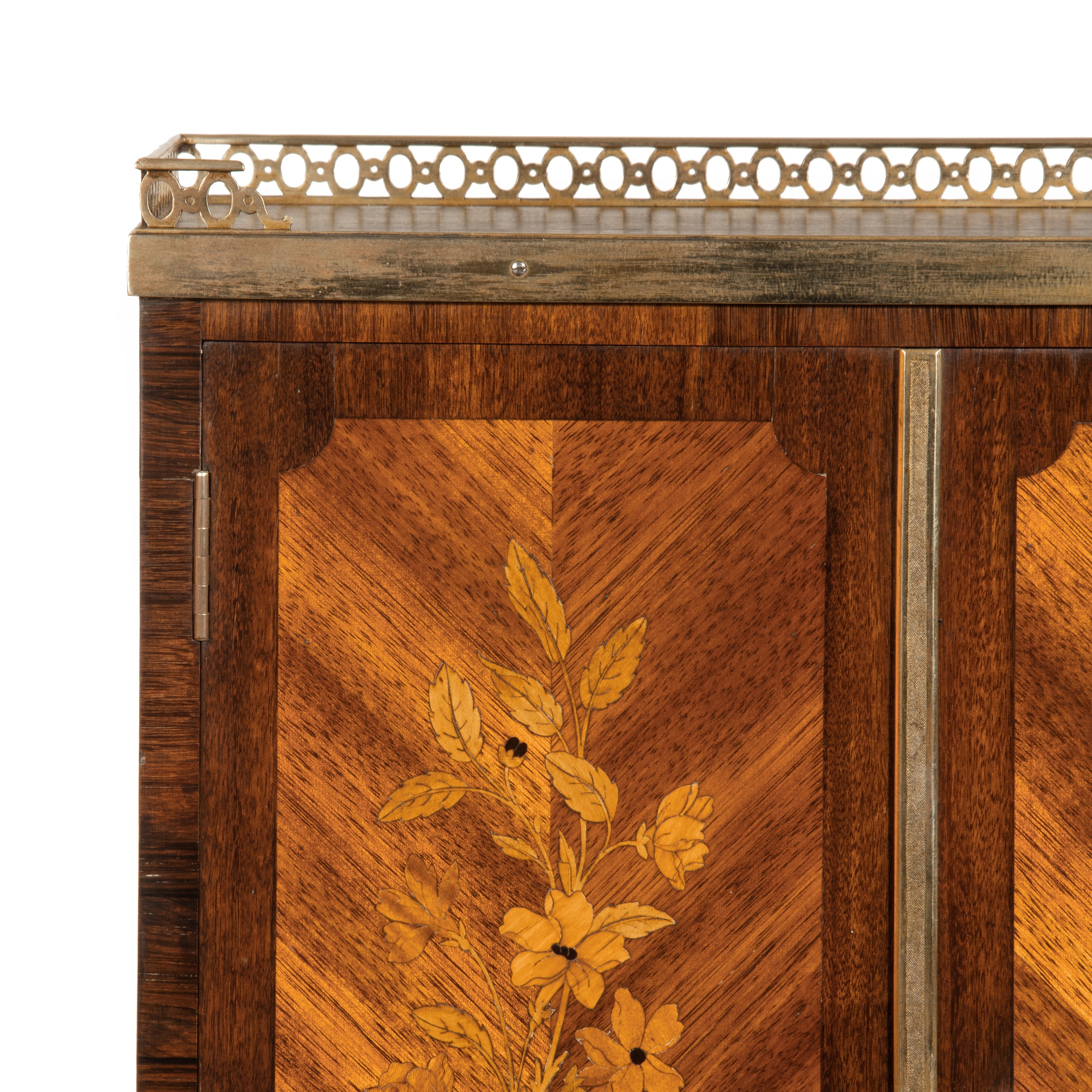 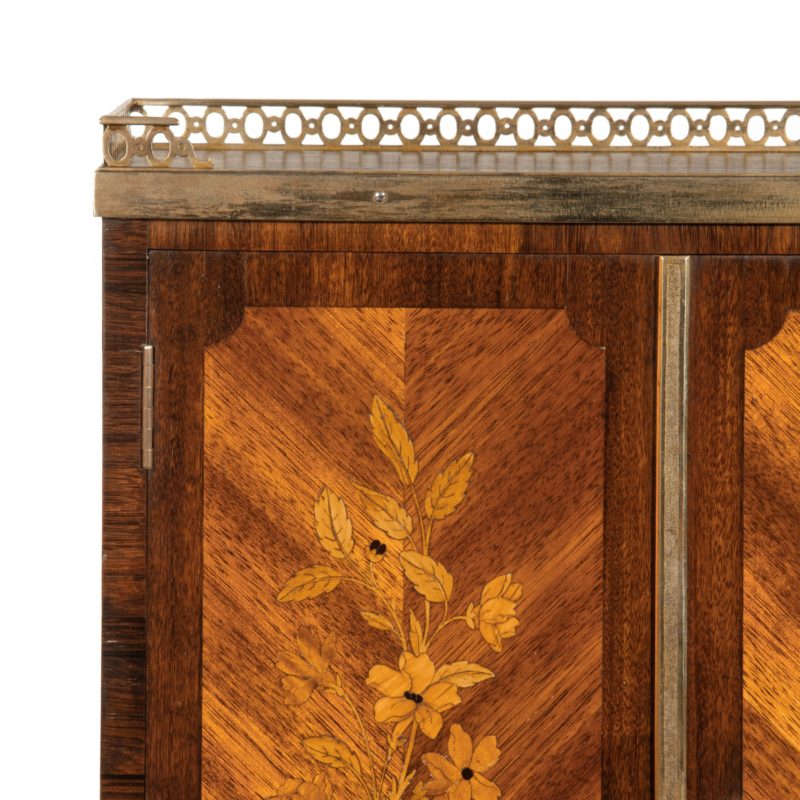 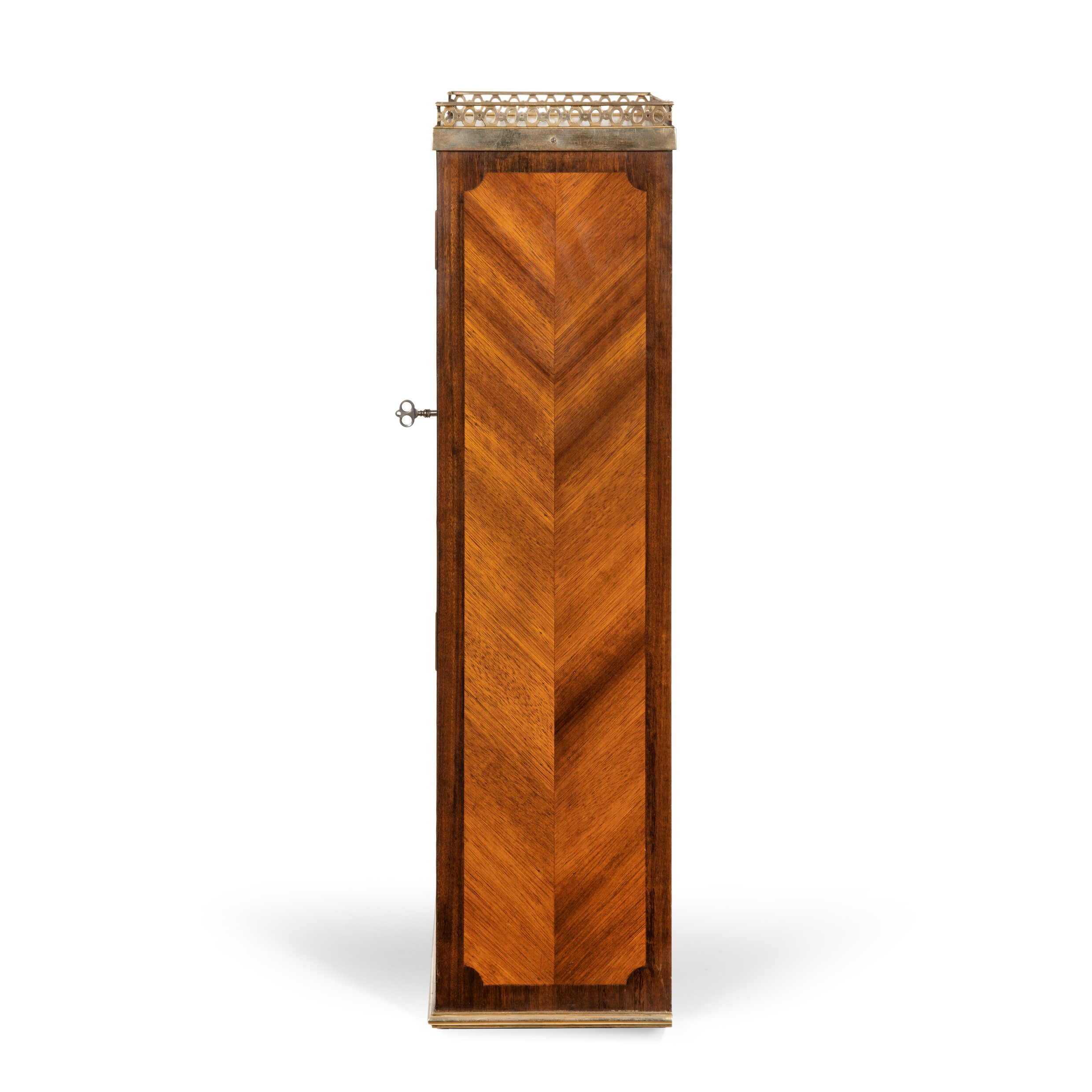 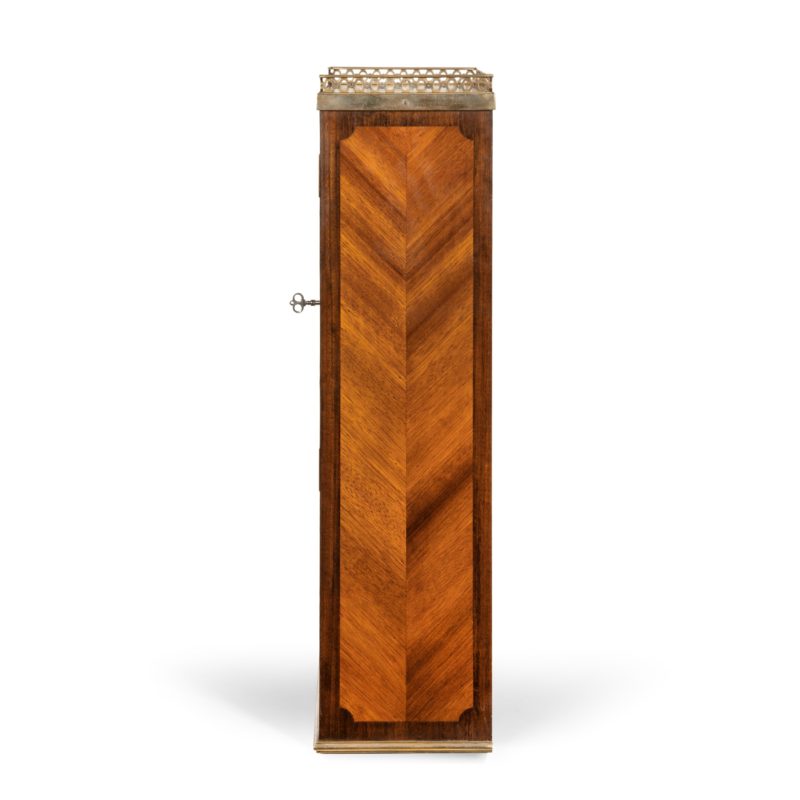 A French rosewood wall cabinet by G Durand, of rectangular form with two cupboard doors, enclosing a single adjustable shelf, surmounted by an ormolu guilloche gallery, above an open book-shelf, decorated with herringbone kingwood veneers and inlaid with  marquetry floral sprays, unusually the interior of the doors also with herringbone veneers, with ormolu edging, stamped G Durand. French, circa 1870.

Footnote: Gervais Durand participated in the 1889 Paris Exposition Universelle where he was awarded a silver medal. A. Picard’s exhibition report stated that, ‘Mr Durand, cabinet-maker, as skilful as modest, displays for the first time very fine furniture, which has been designed and made by him. He is walking in the footsteps of giants such as Beurdeley and Dasson’. Durand made almost exclusively reproductions of 18th century masterpieces.