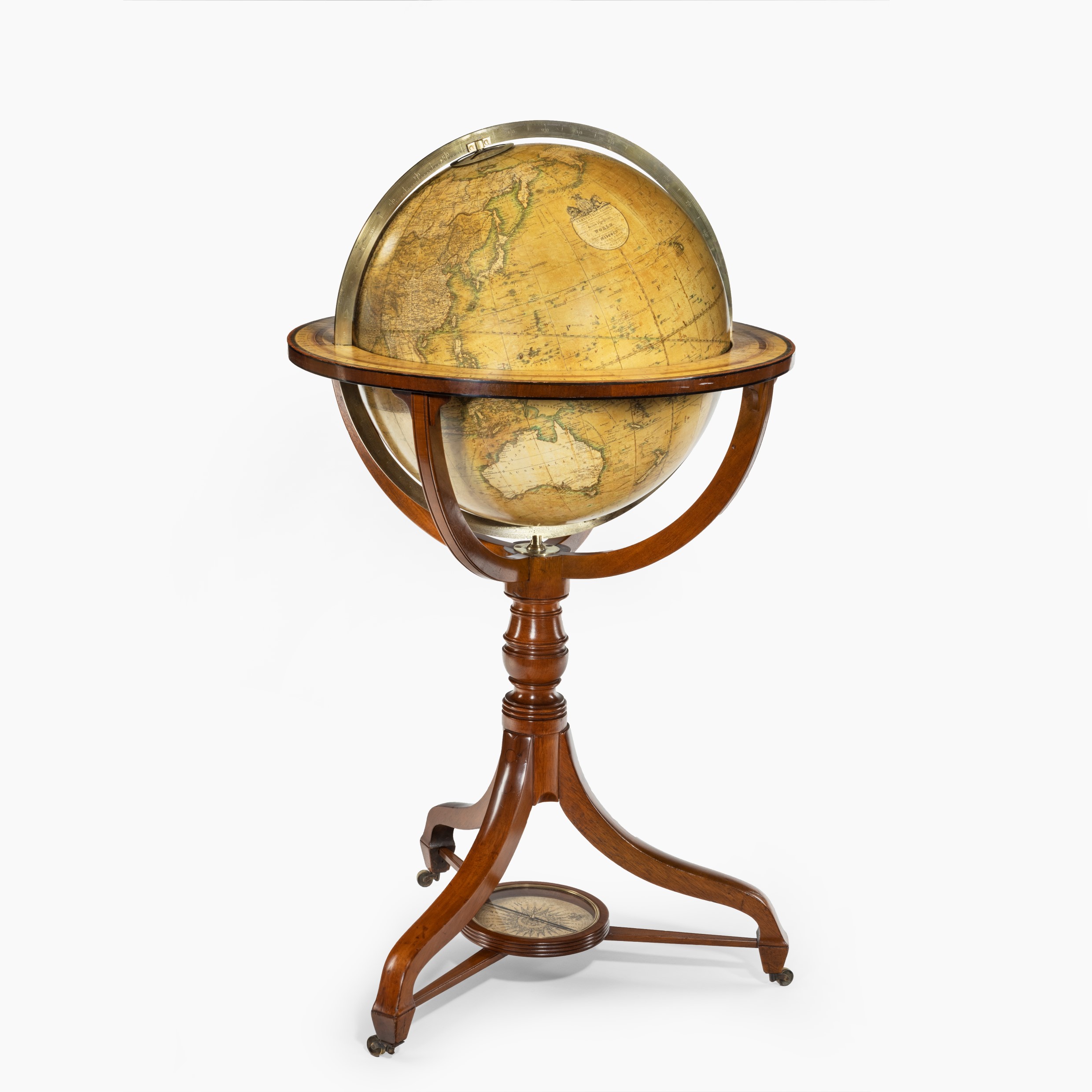 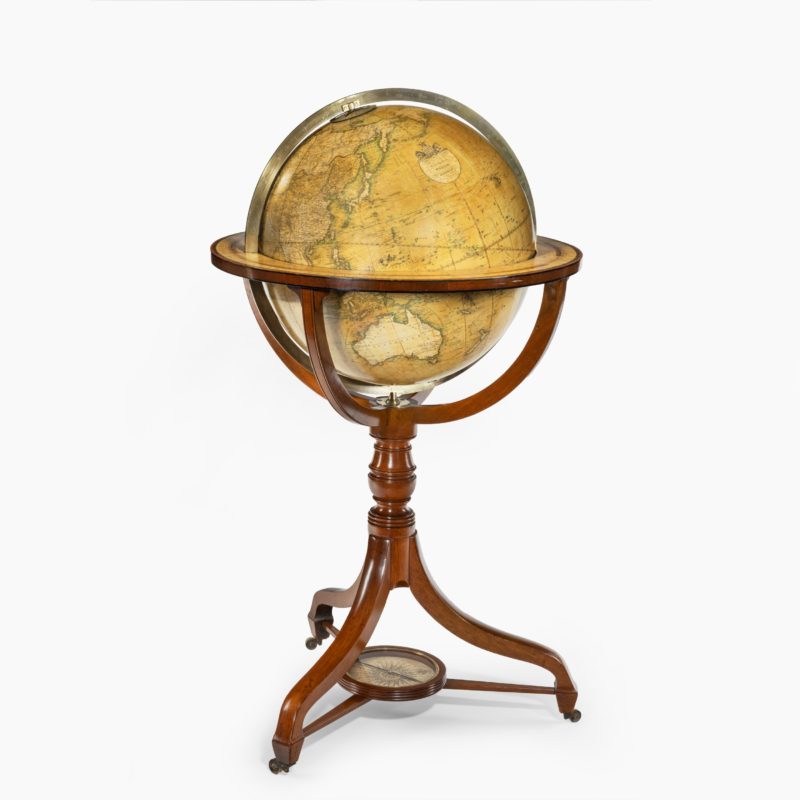 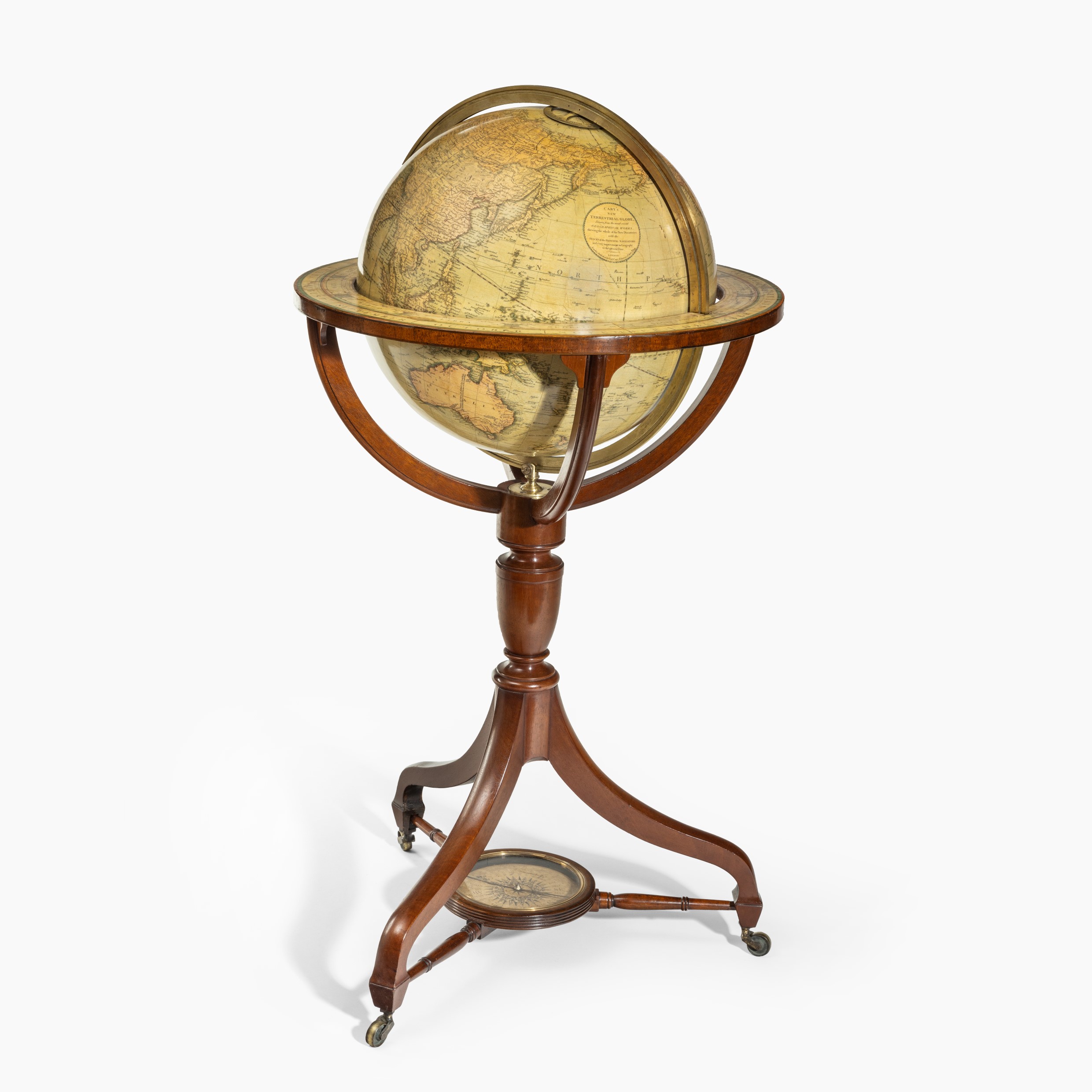 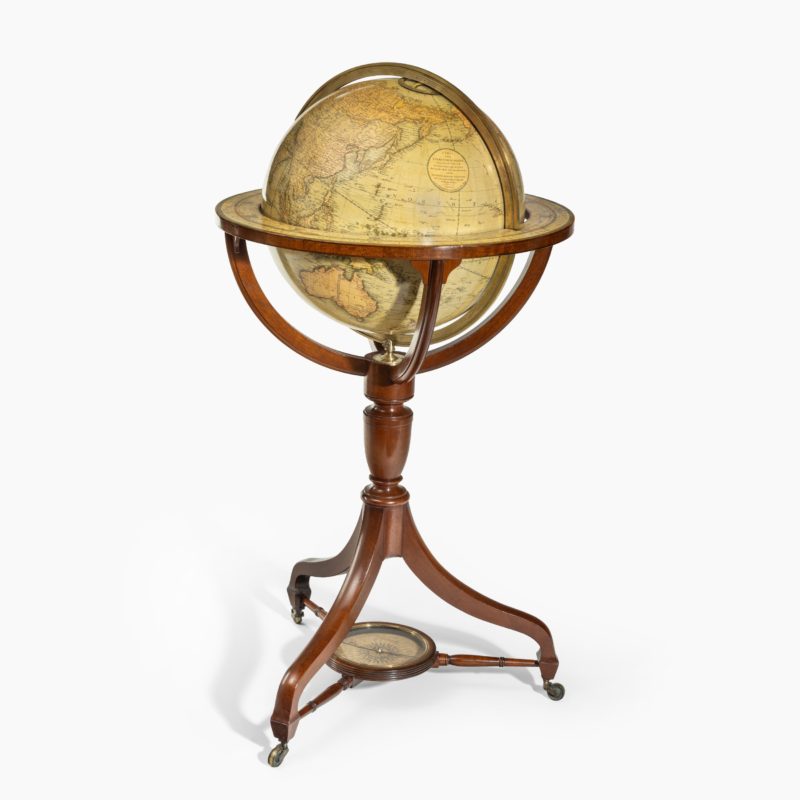 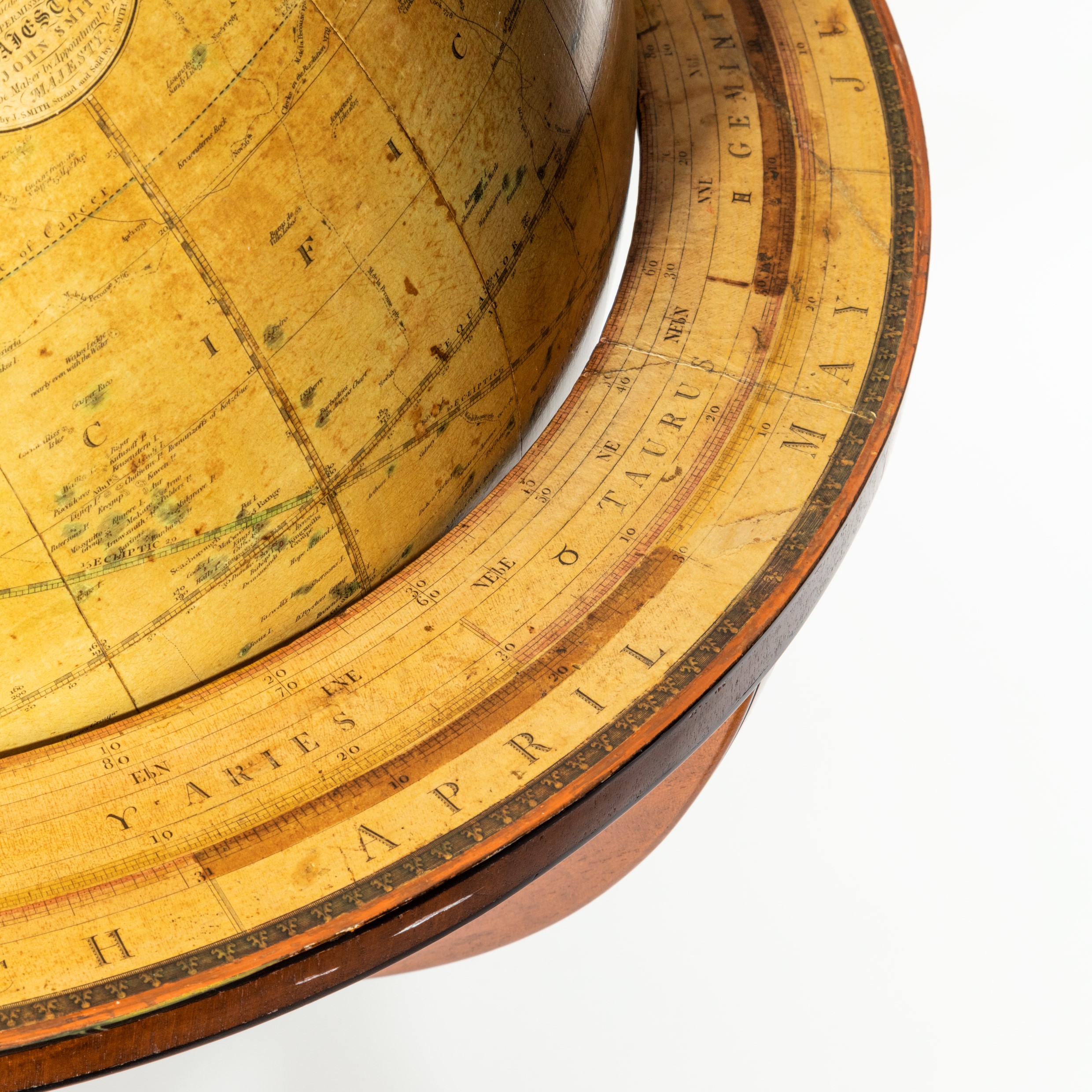 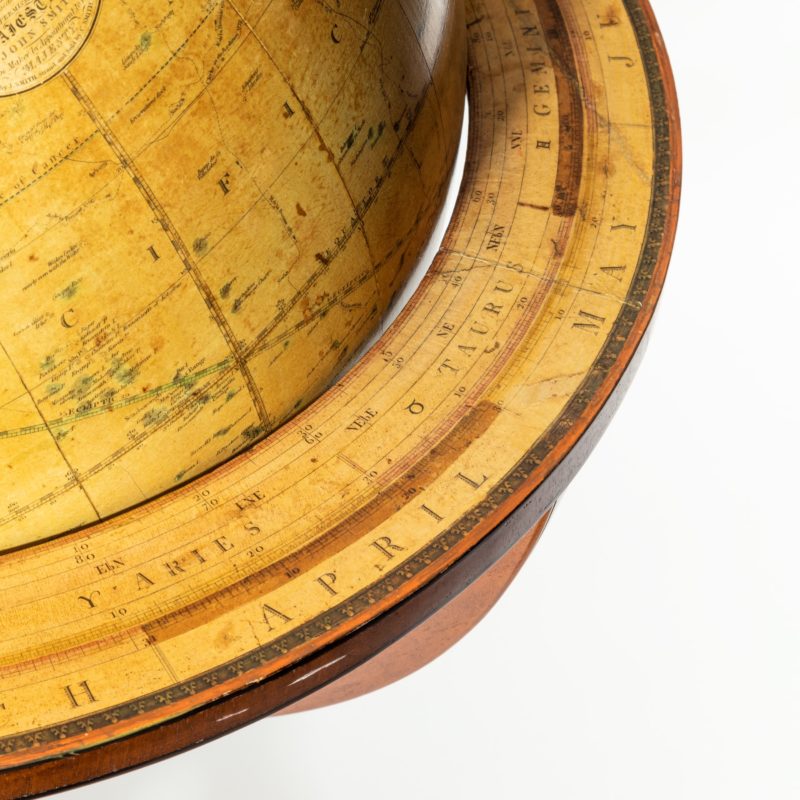 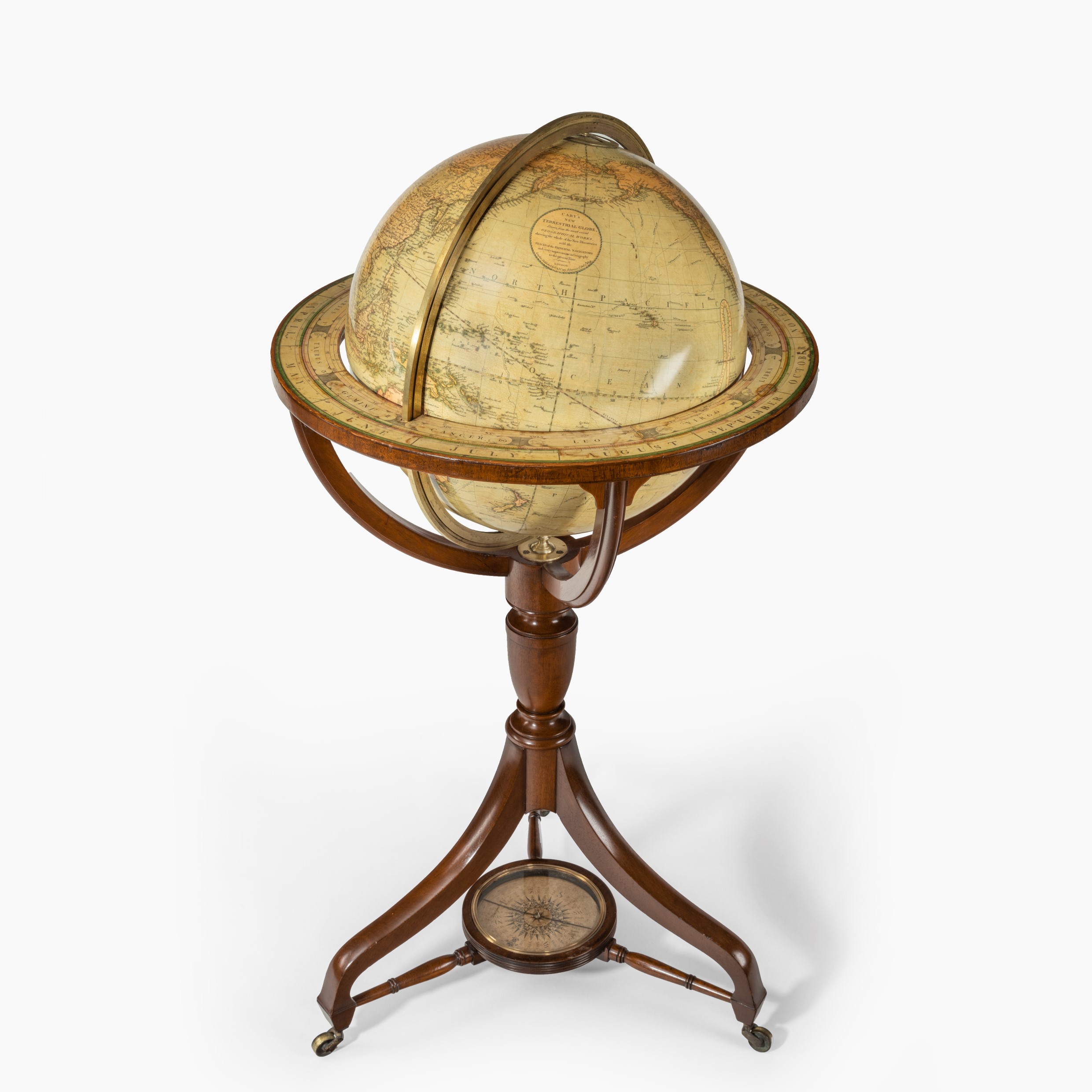 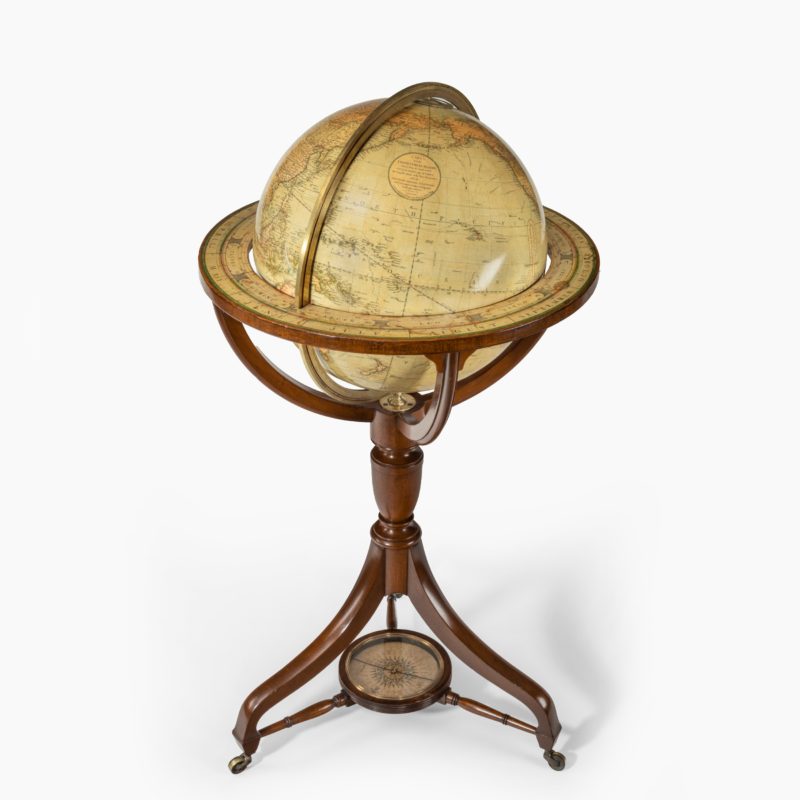 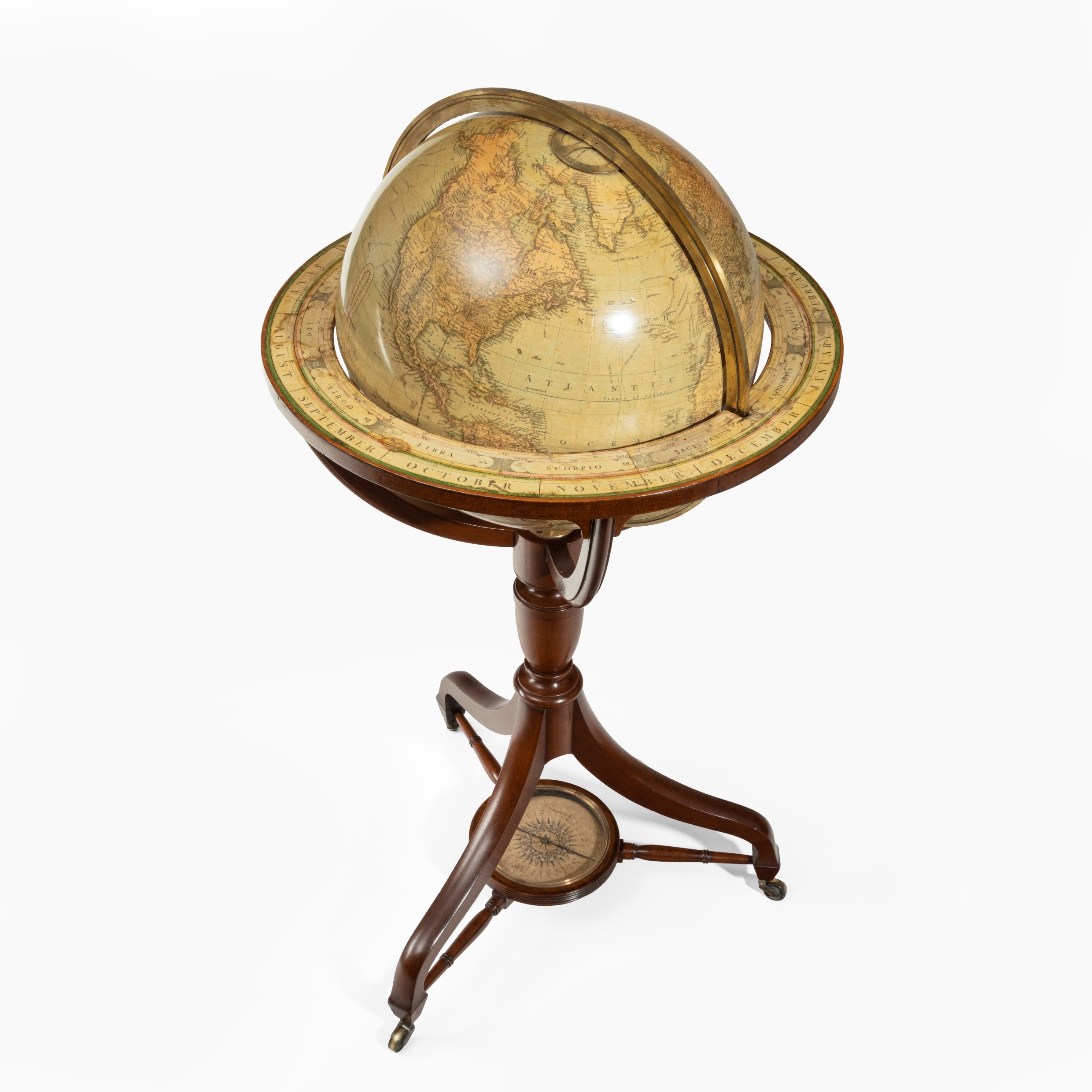 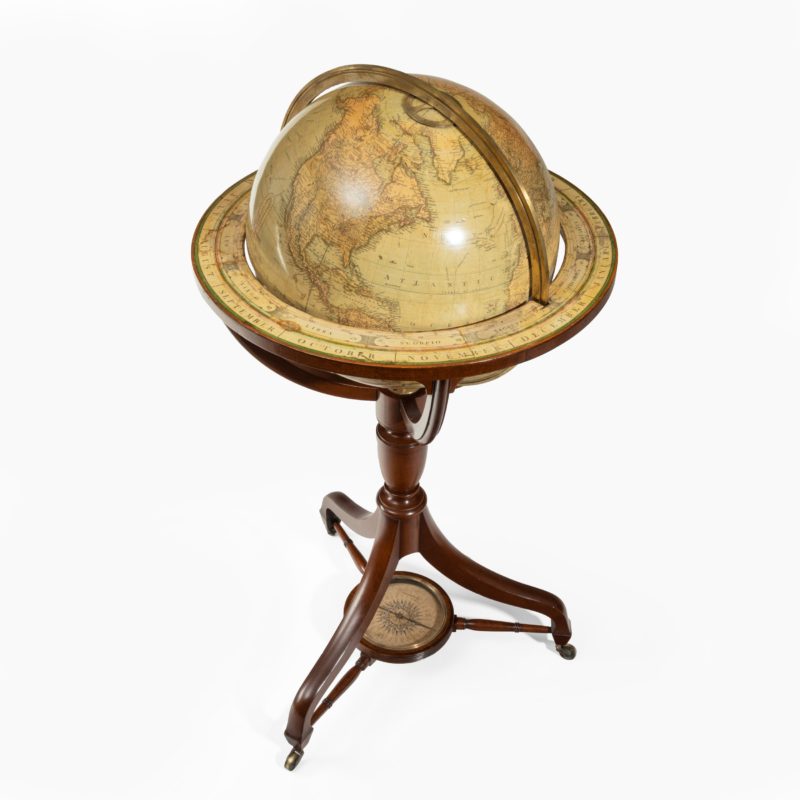 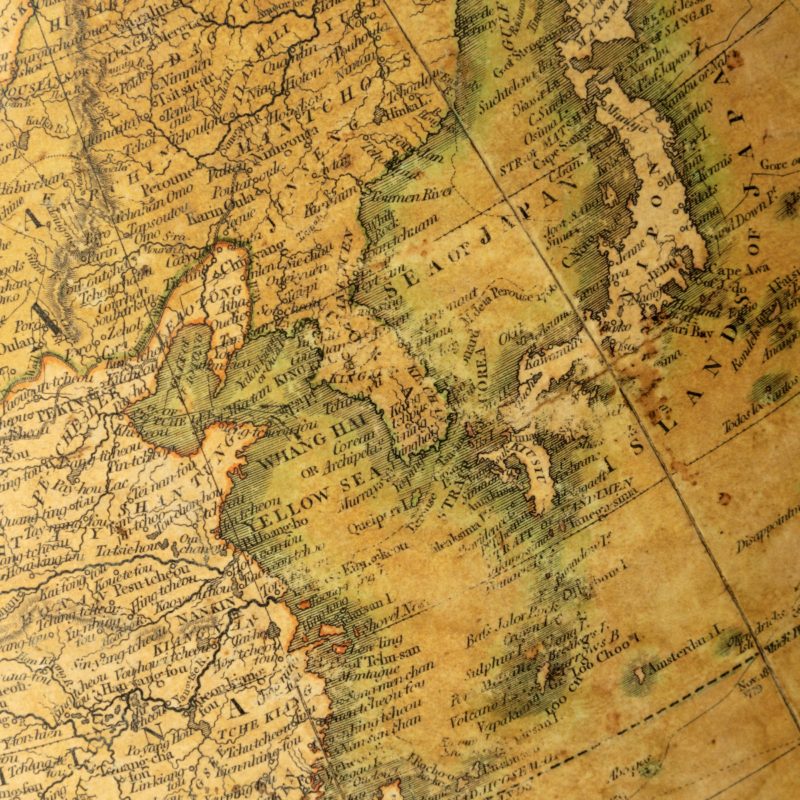 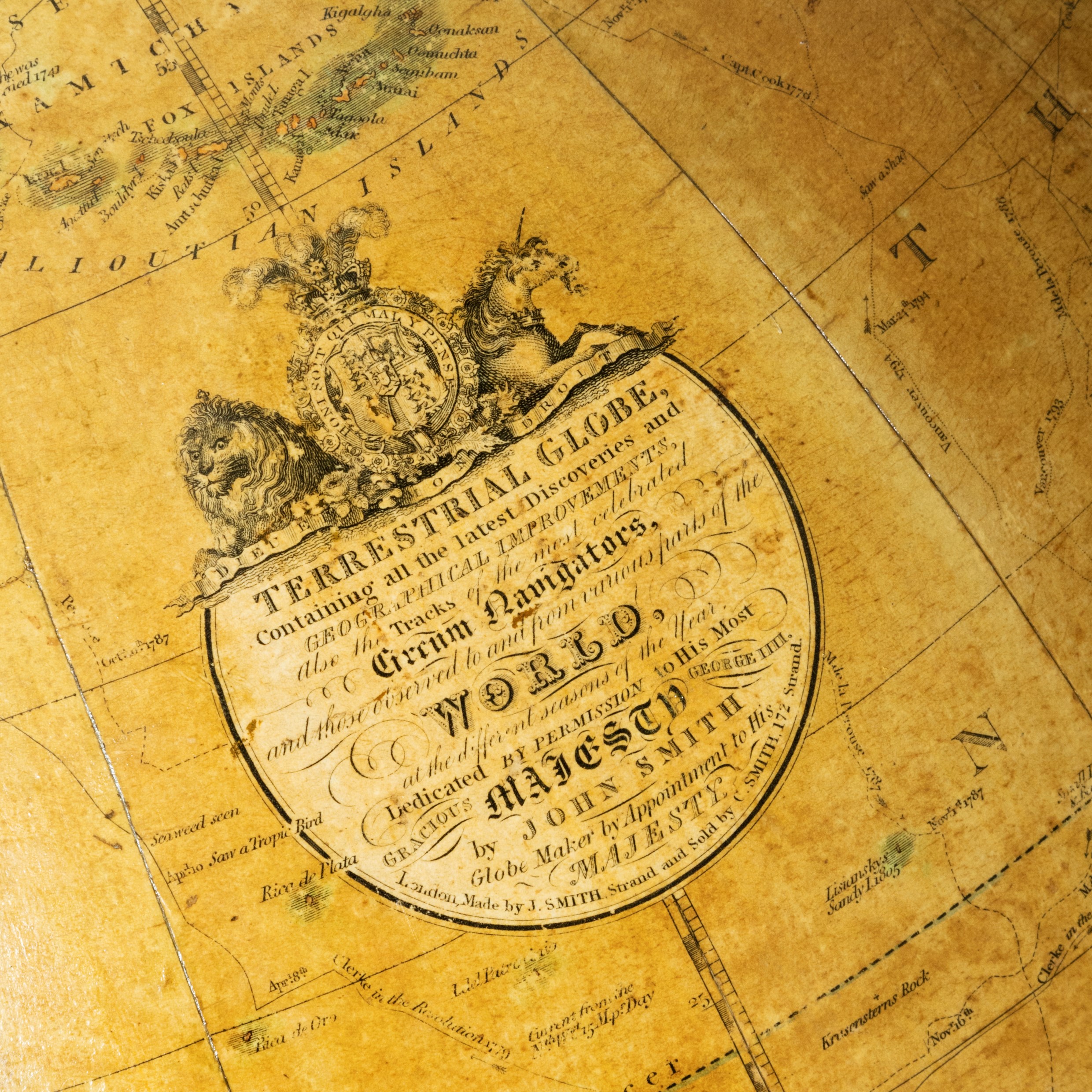 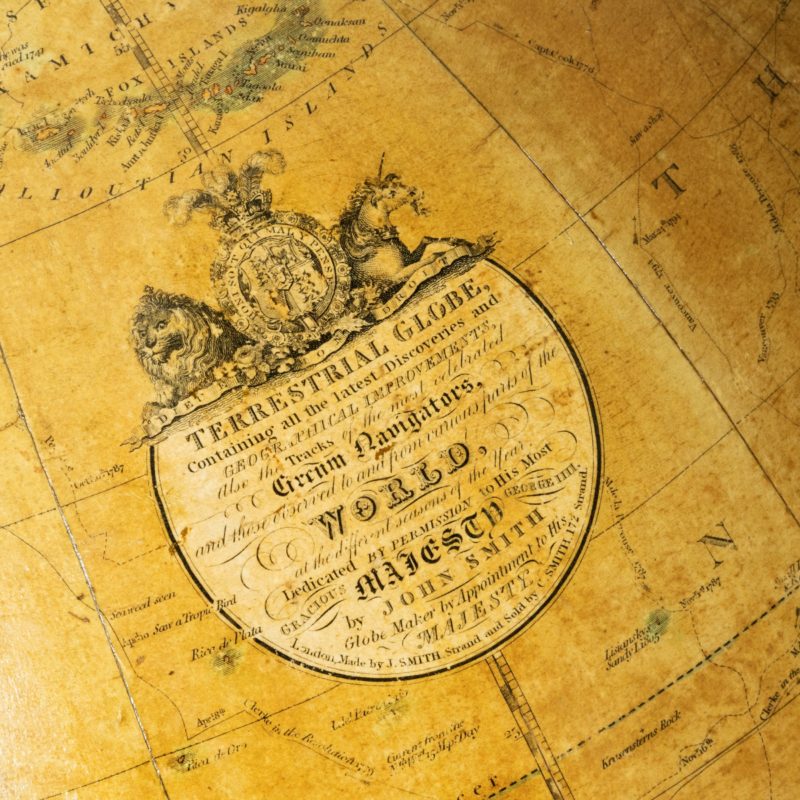 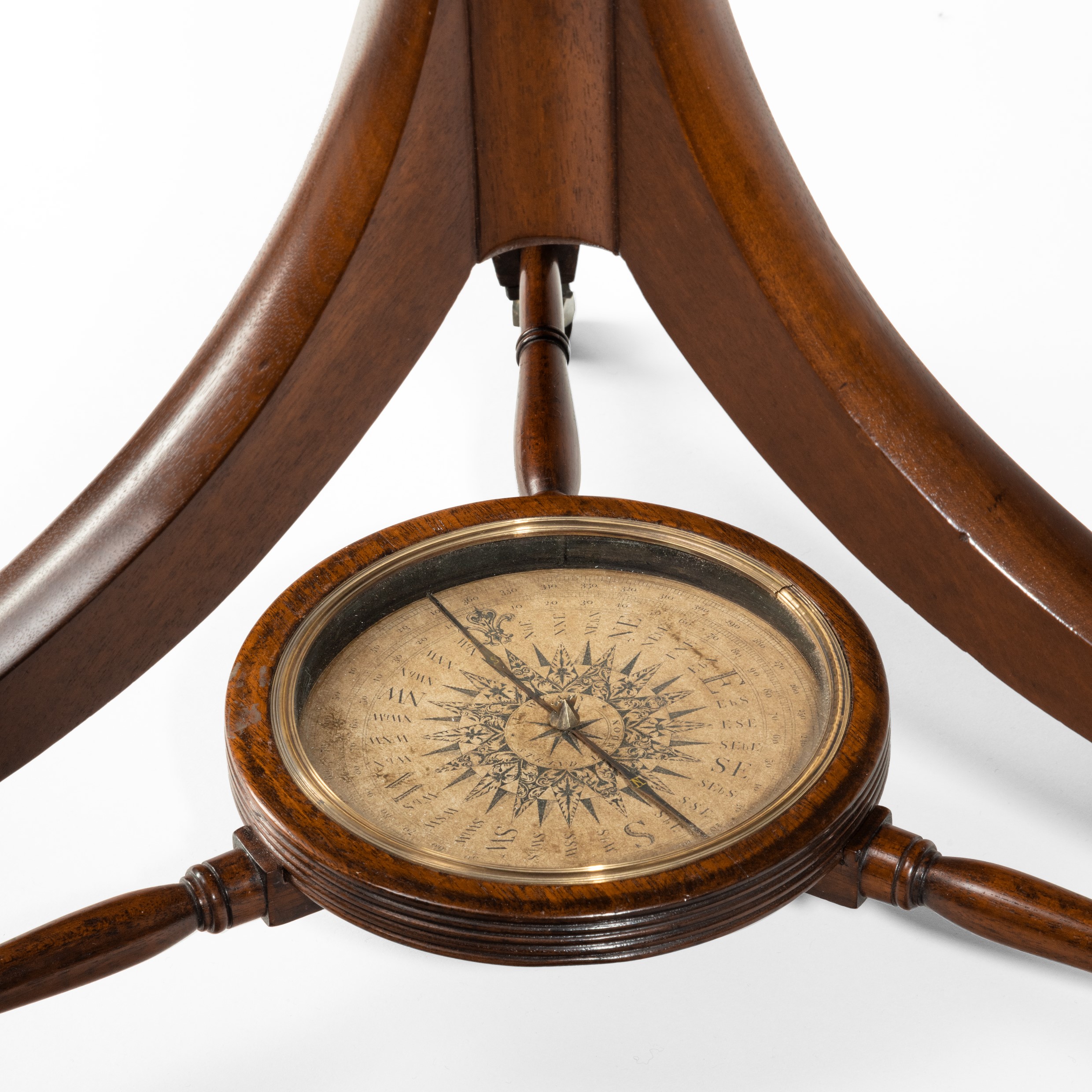 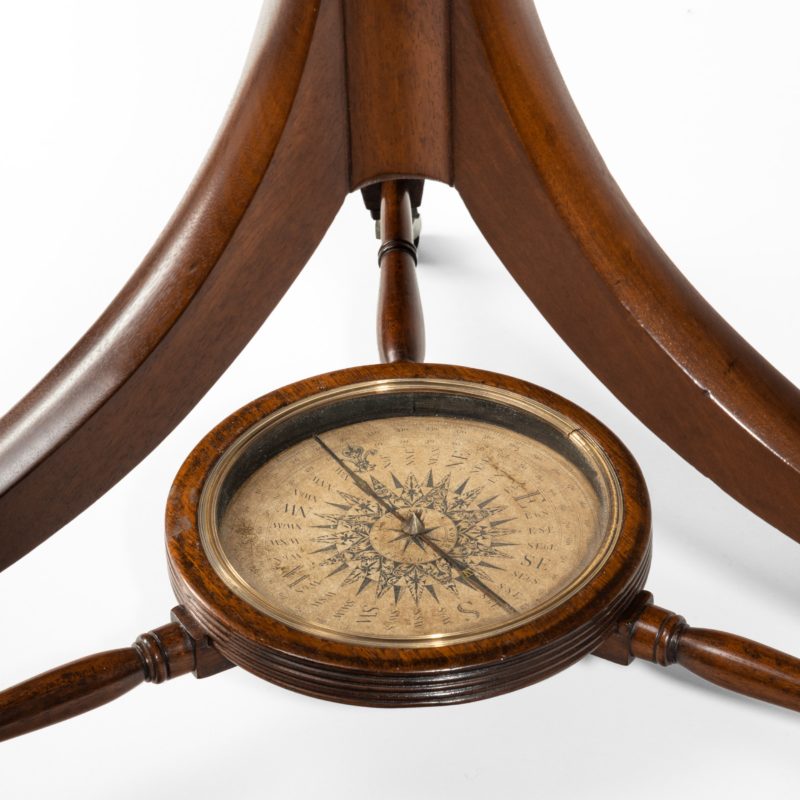 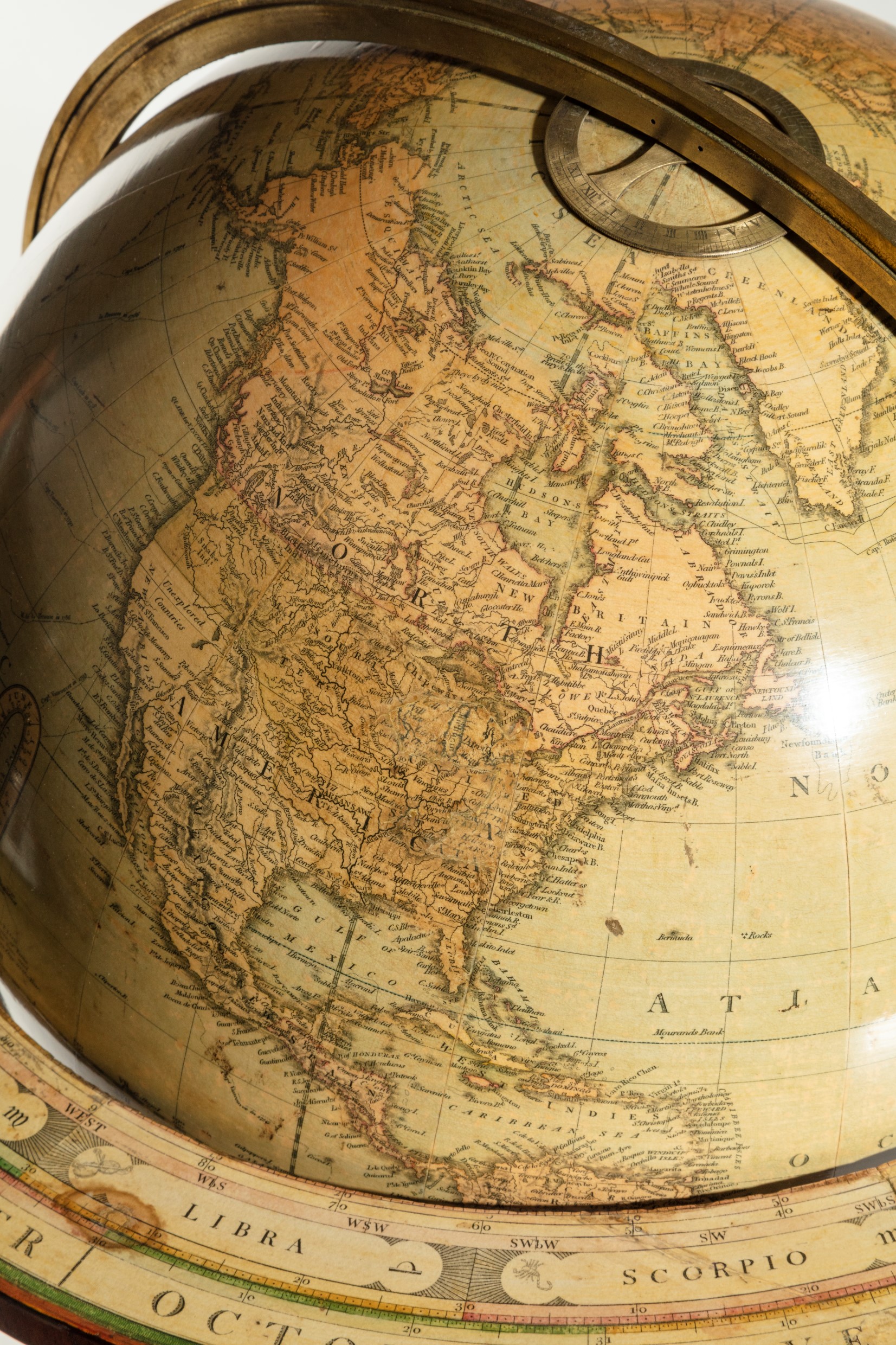 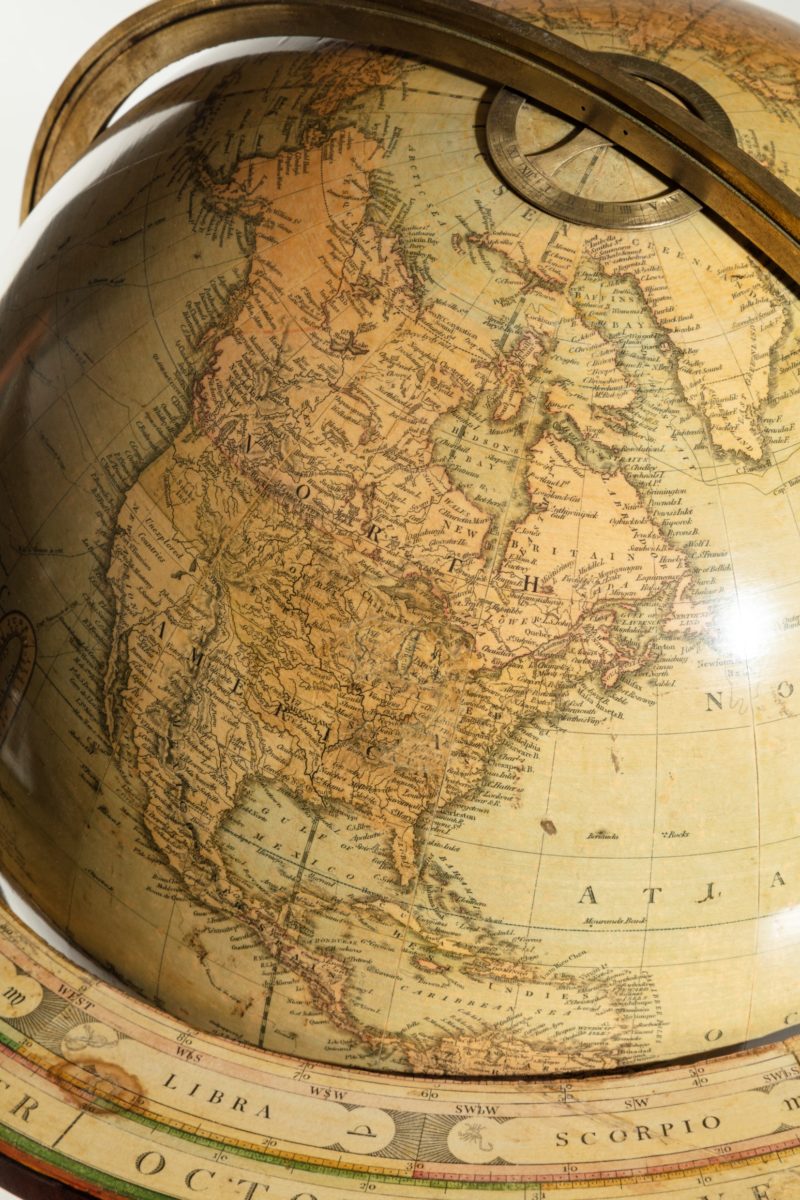 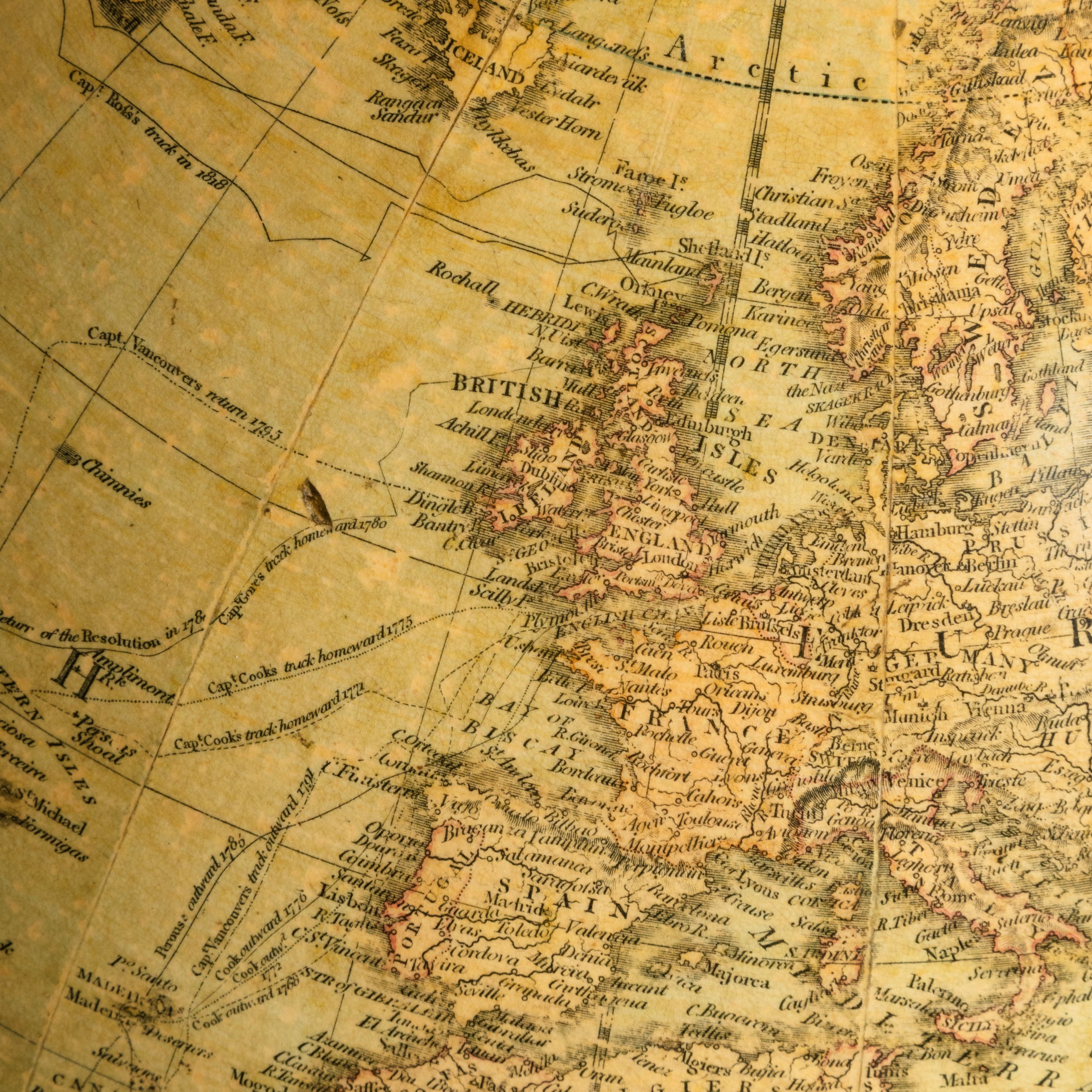 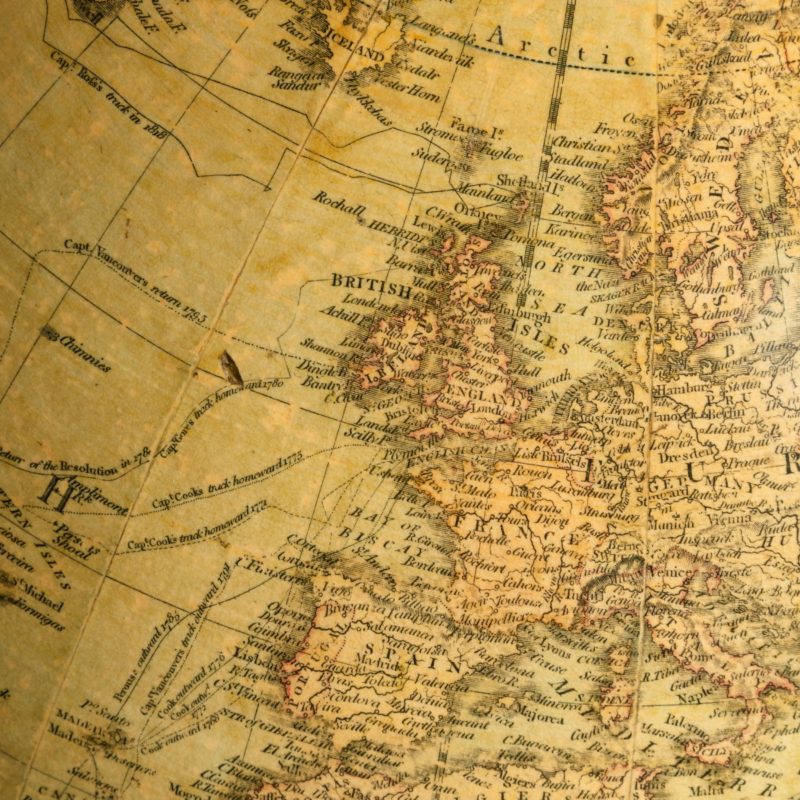 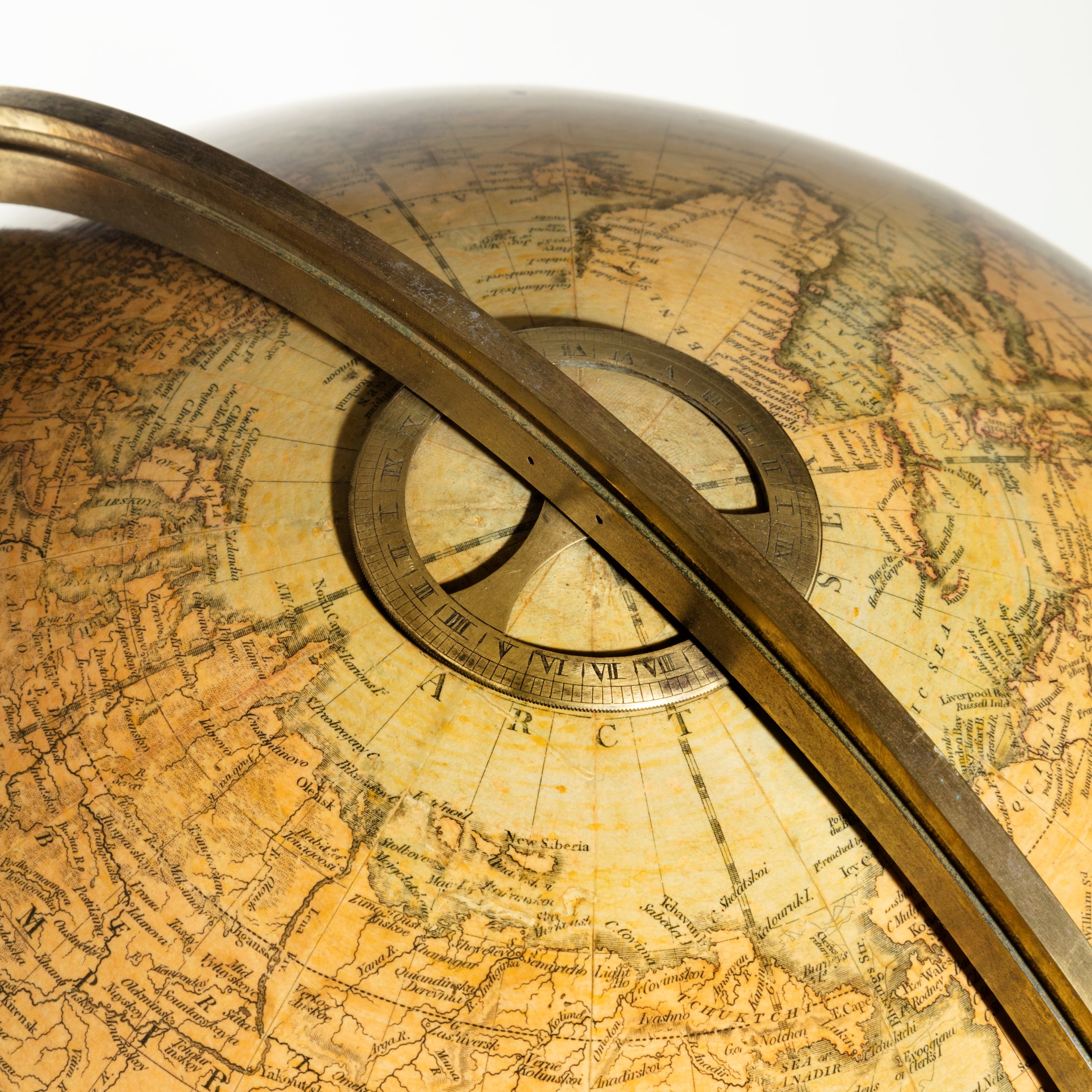 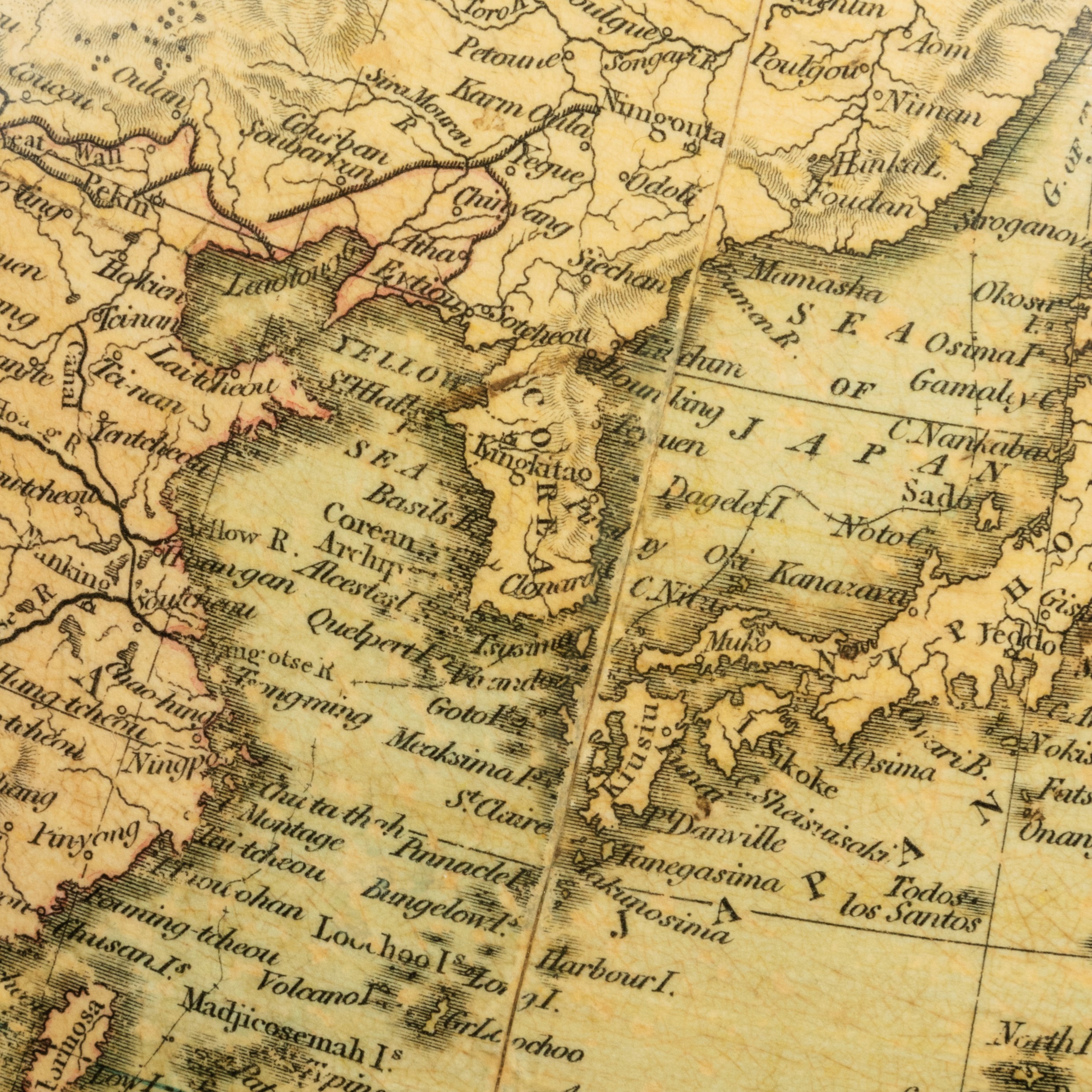 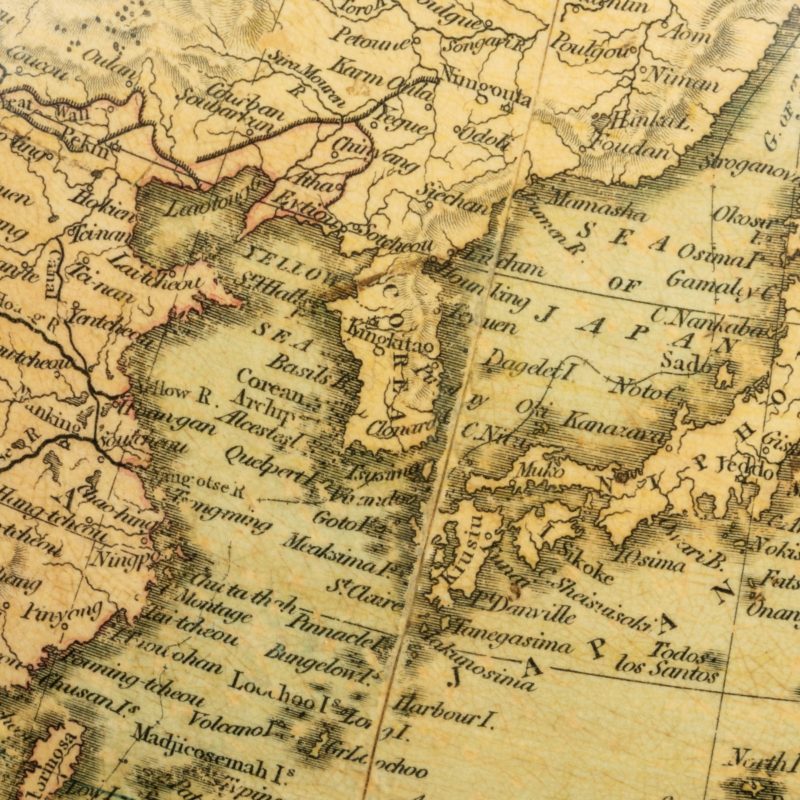 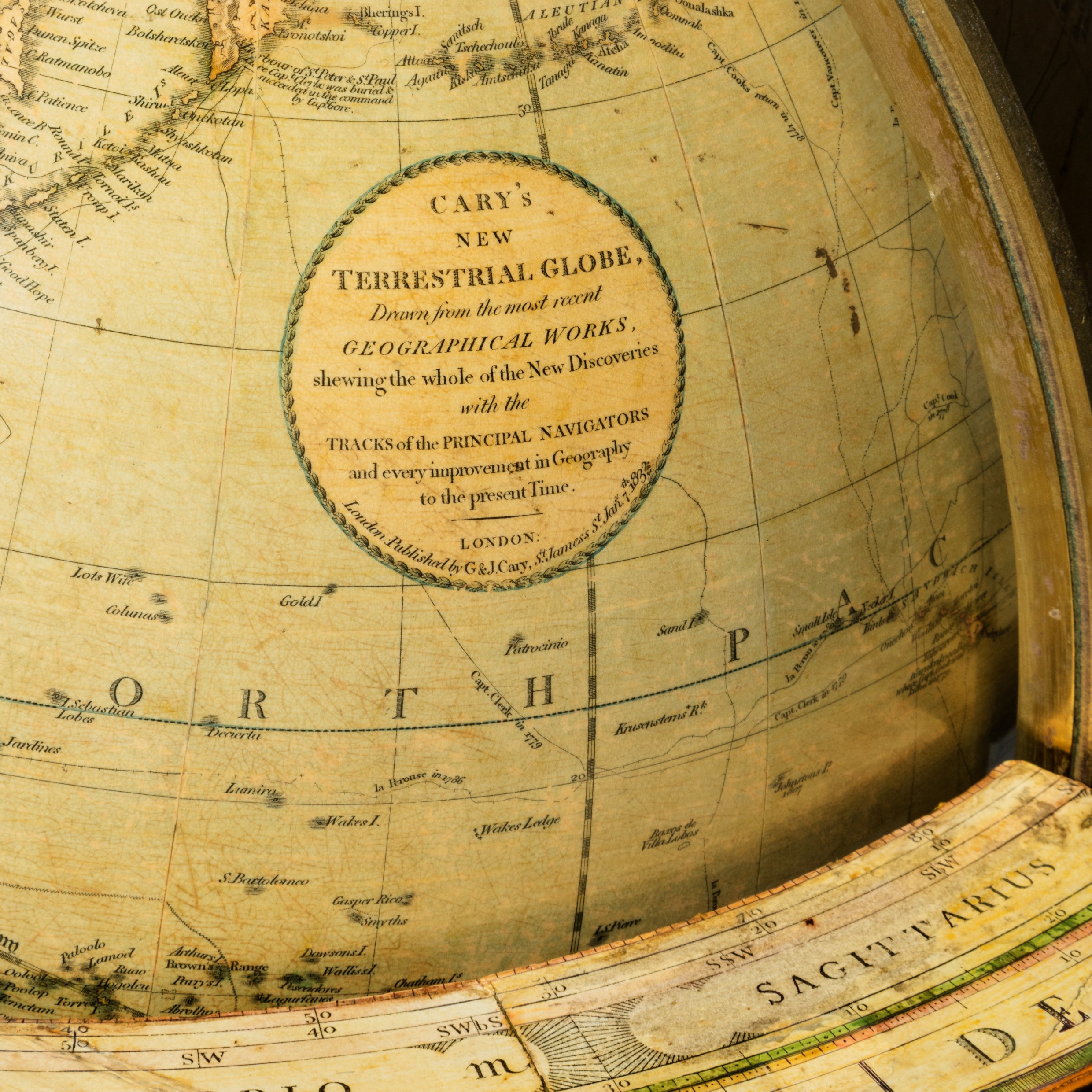 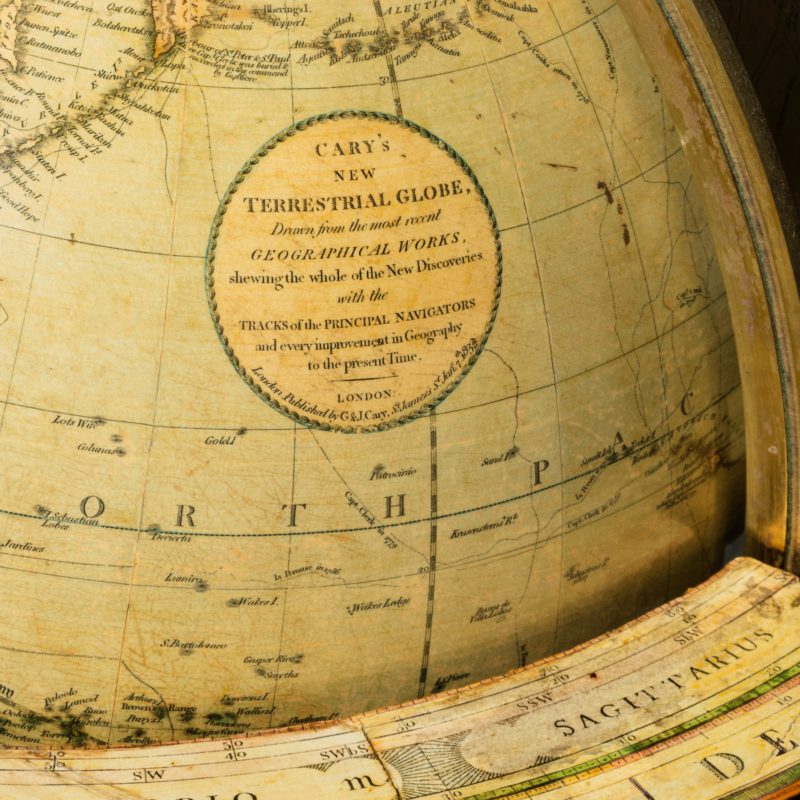 A George IV 18-inch floor-standing library globe by John Smith, set in a mahogany stand with a turned baluster support and three arched legs on brass castors joined by stretchers centred on a compass rose, the cartouche, surmounted by a royal crest, reading ‘Terrestrial Globe Containing all the Latest Discoveries and Geographical improvements ….. Dedicated by permission to His Most Gracious Majesty George IIII by John Smith, Globe Maker….  London. Made by J. Smith. Strand and sold by C Smith172 Strand.’  English, 1820.

Footnote:  Charles Smith, engraver to the Prince of Wales, founded a publishing firm specializing in maps in 1799.  Competition with the Cary family may have stimulated the addition of globes to his line of production.  From 1827-1852, the firm had a shop at 172 The Strand, but it moved to 63 Charing Cross in 1870.  In 1845, when Charles’ son entered the business, the range of published globes was extended.  The firm was eventually taken over by Philip and Son.