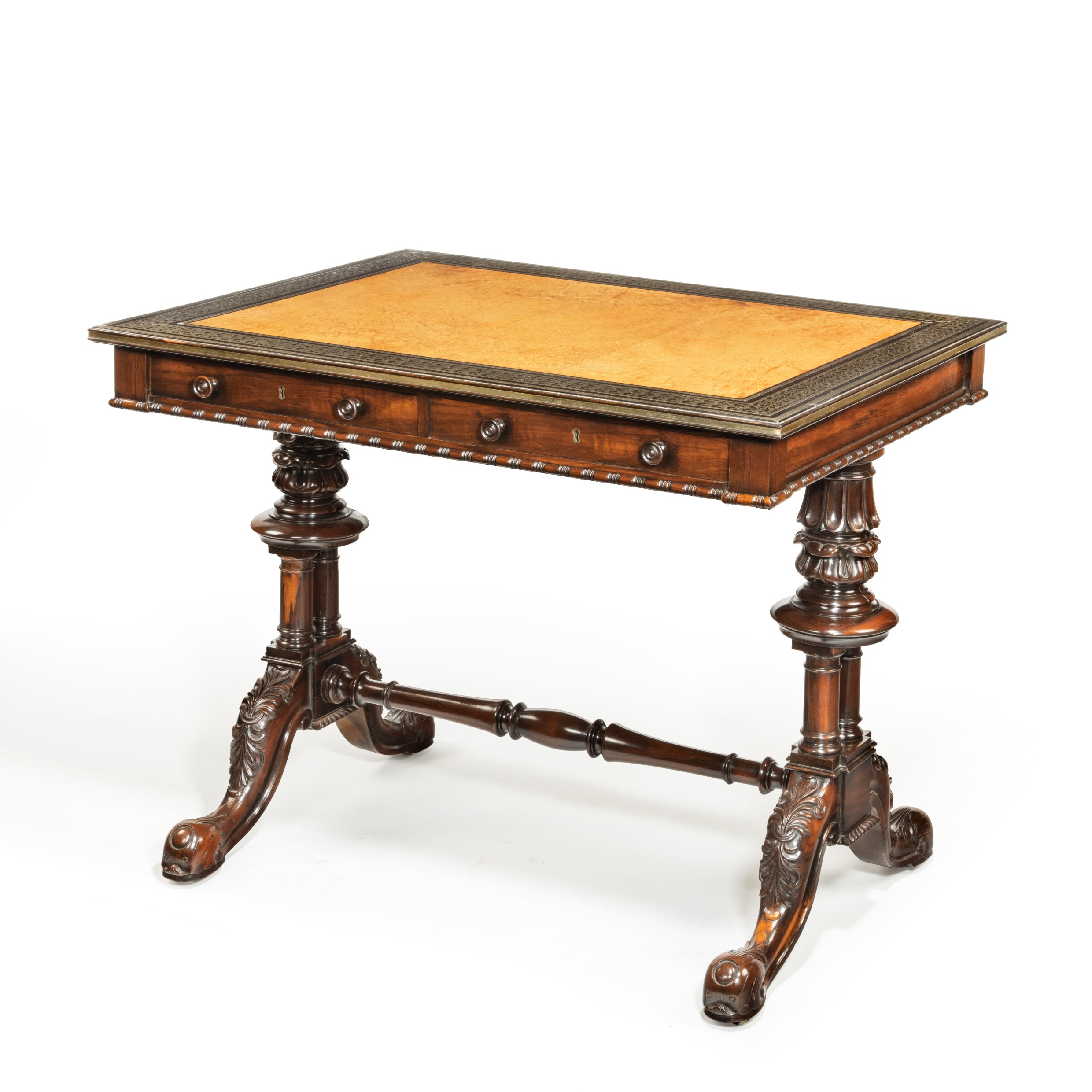 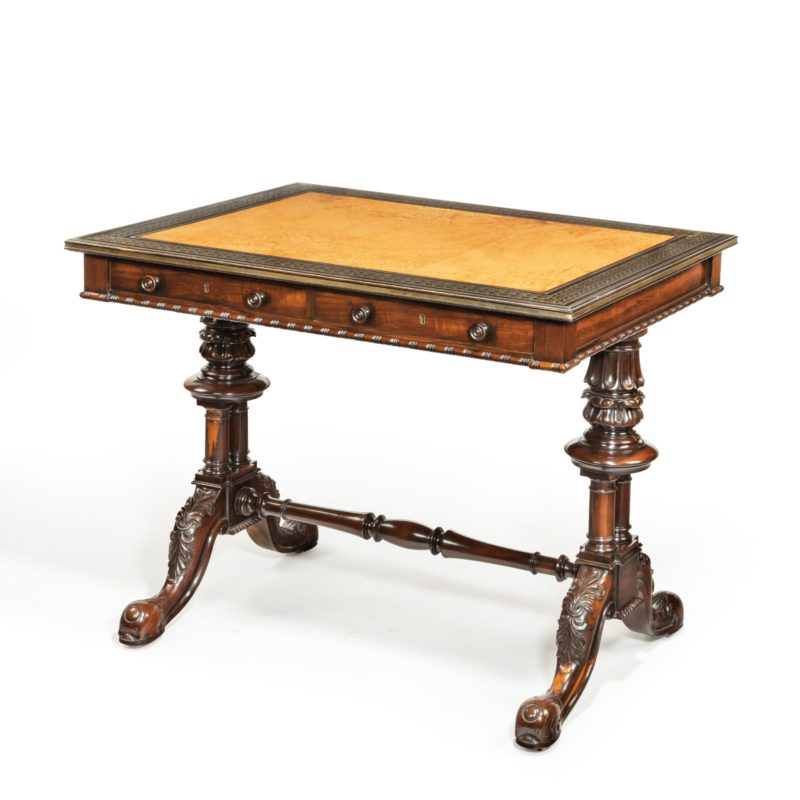 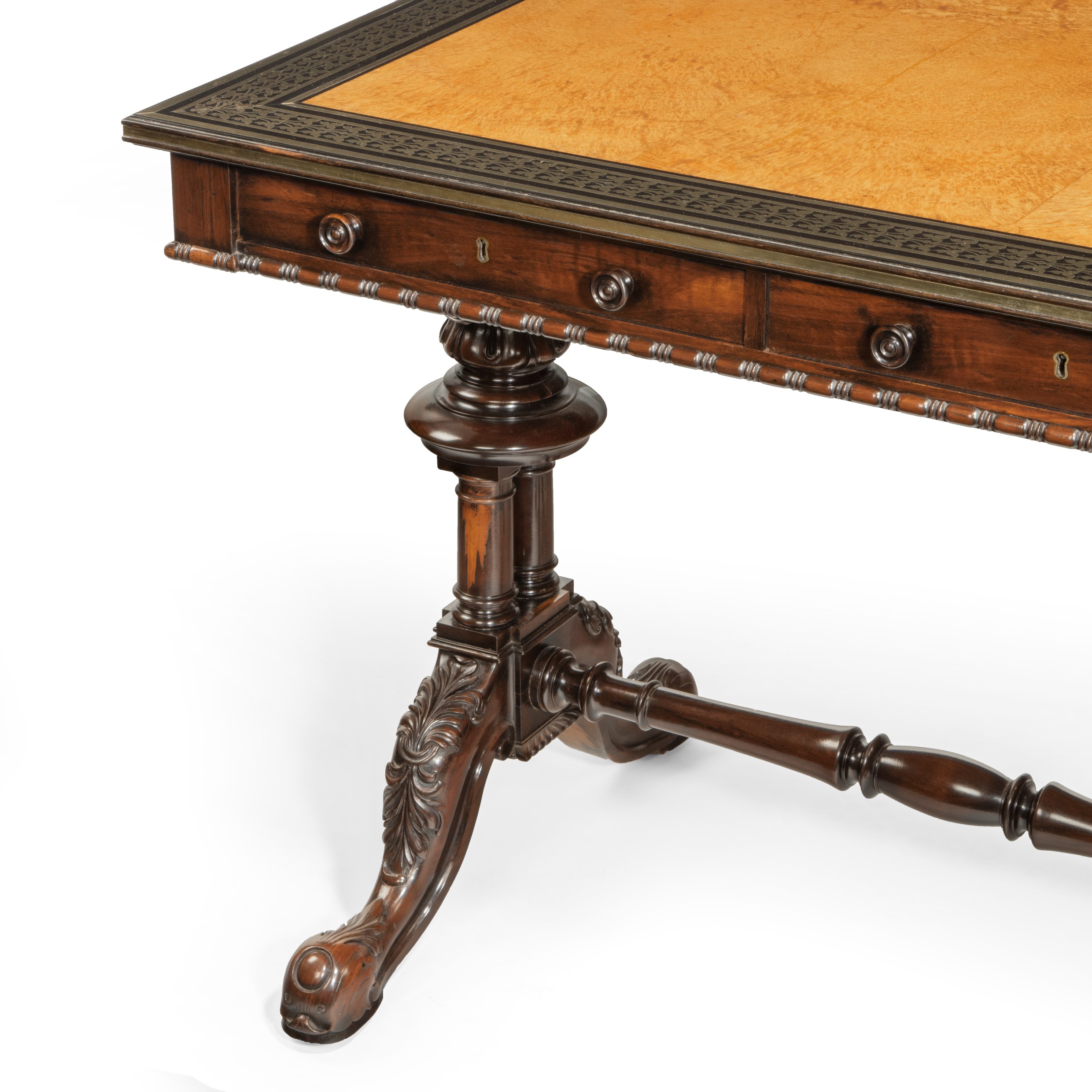 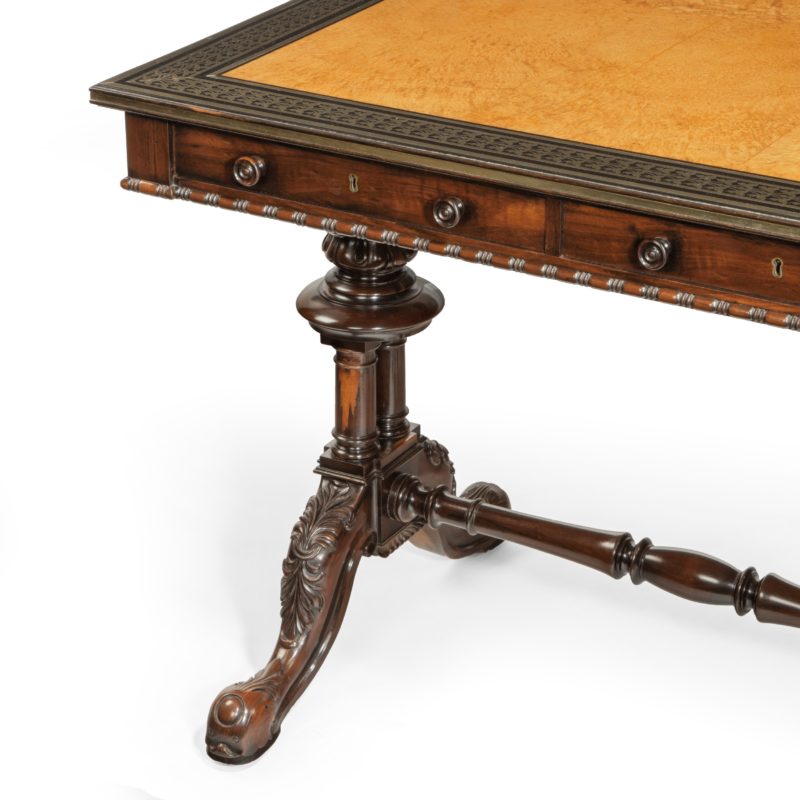 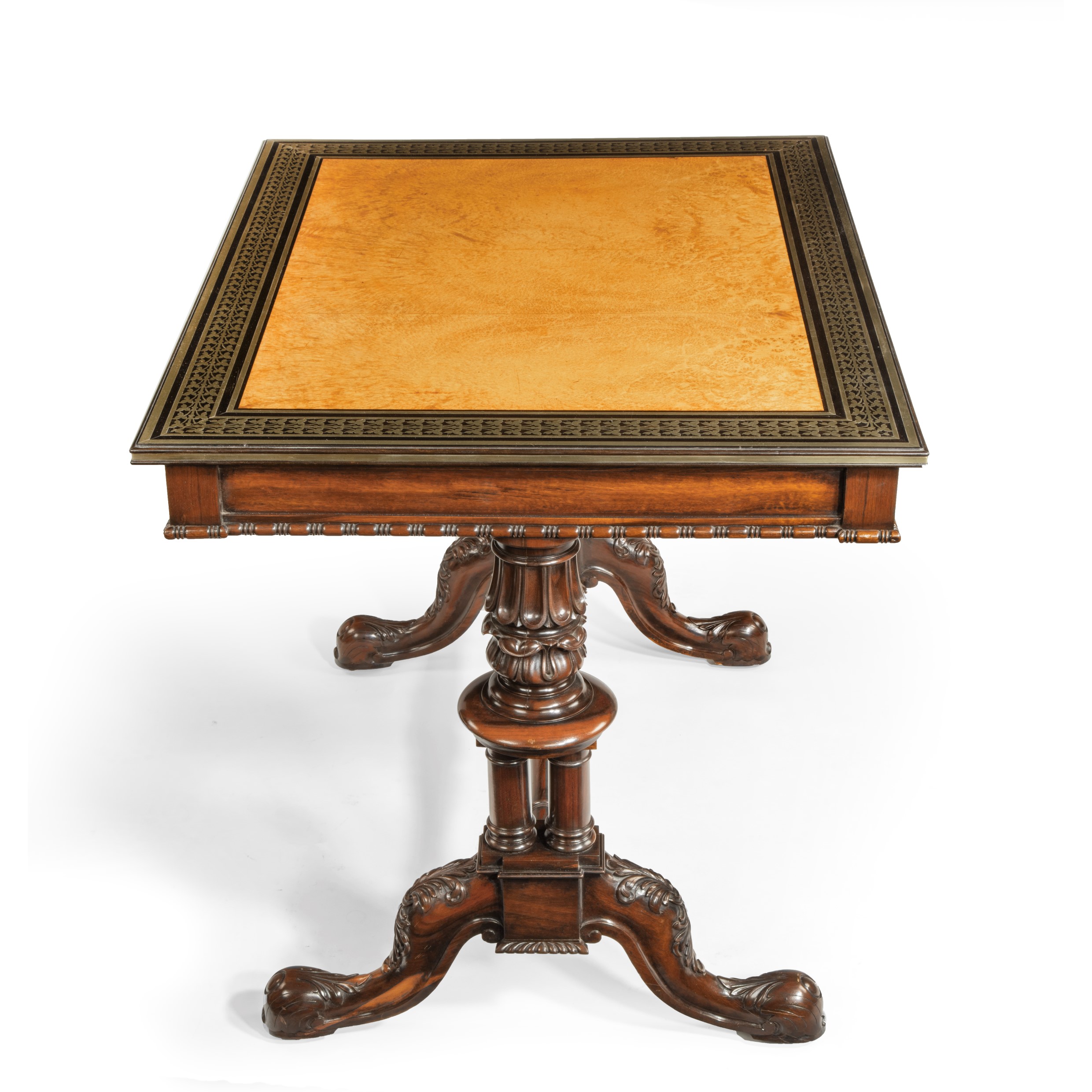 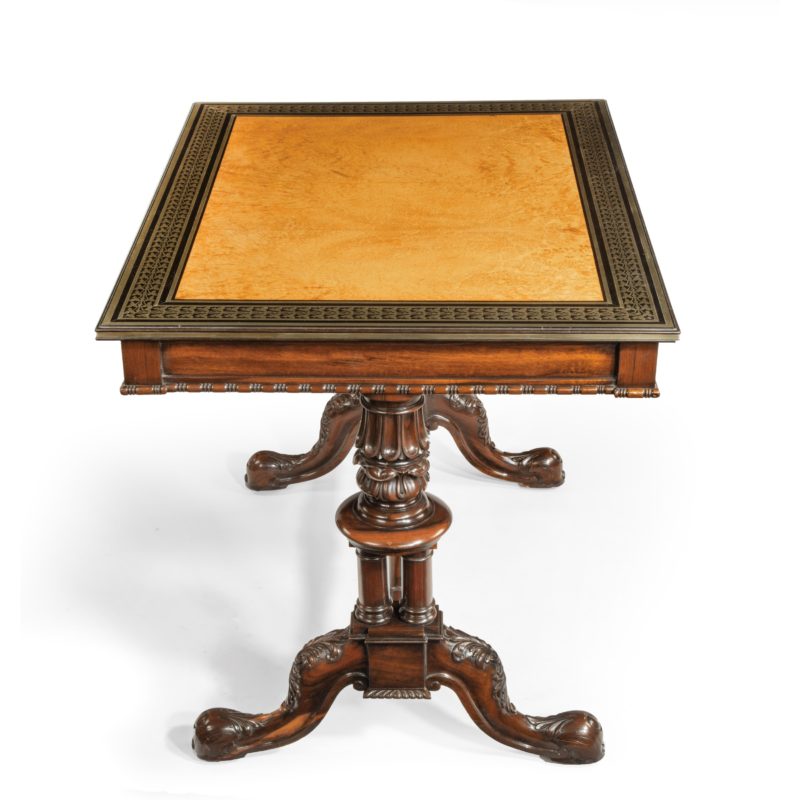 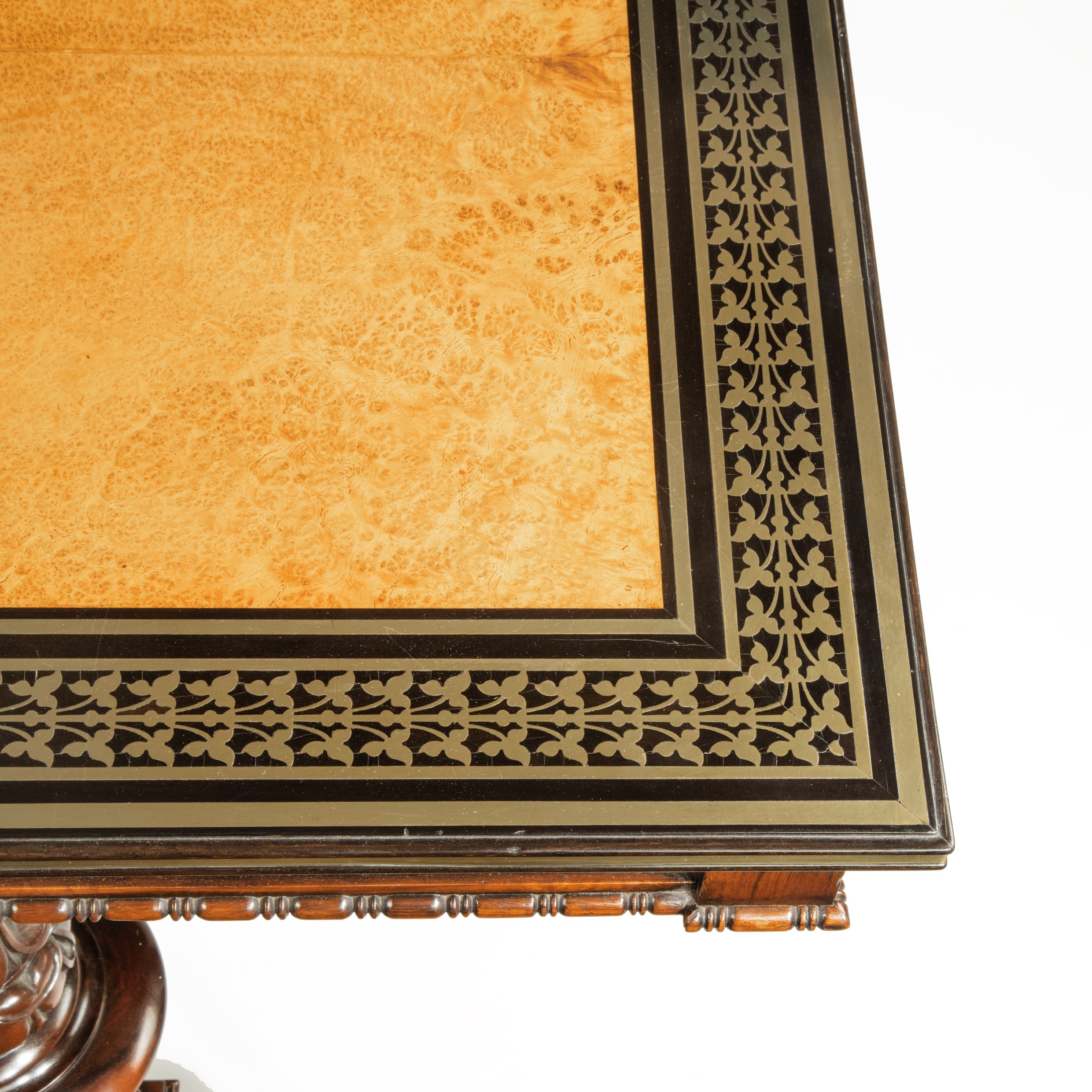 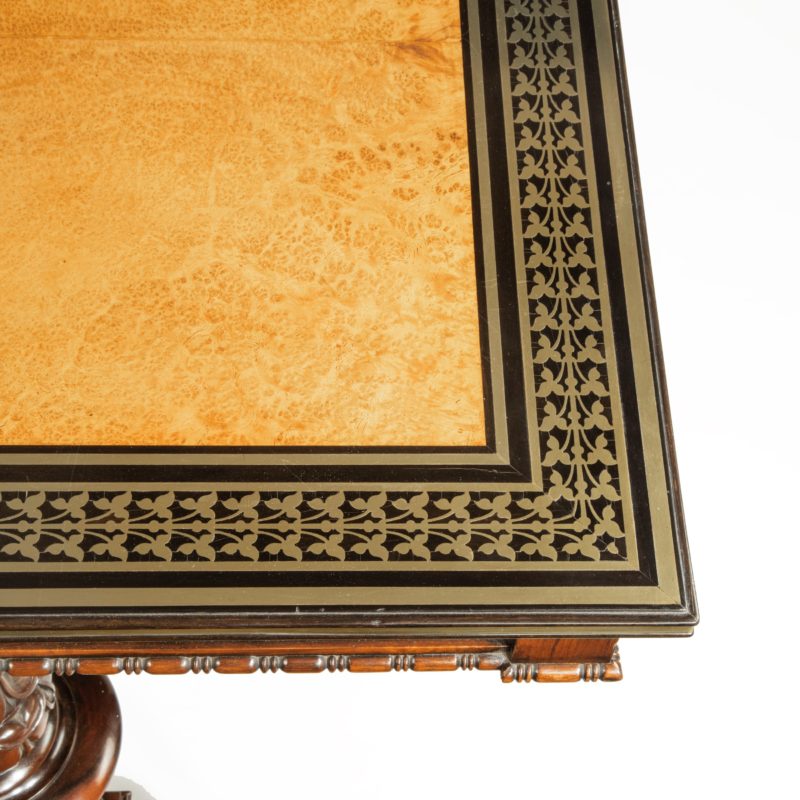 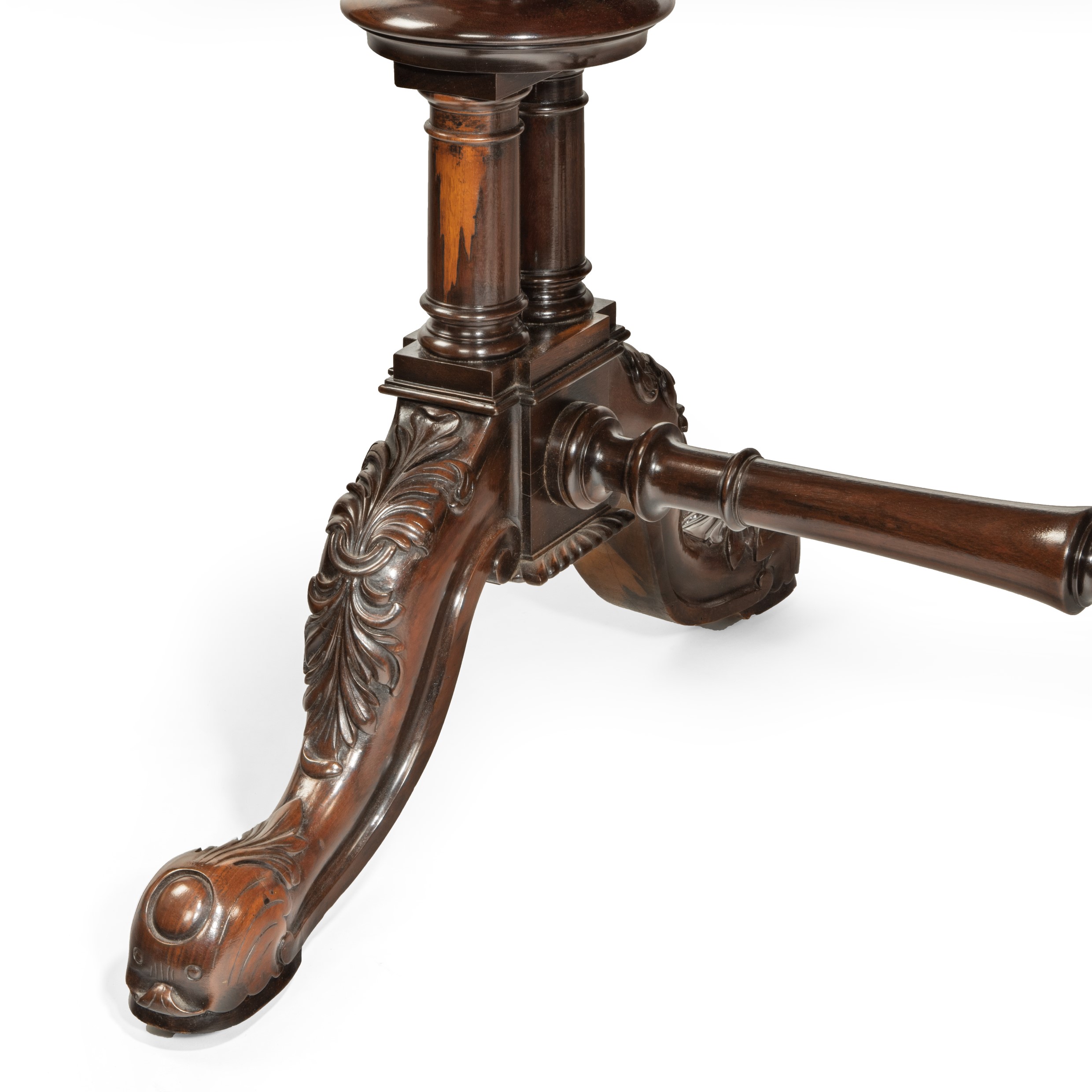 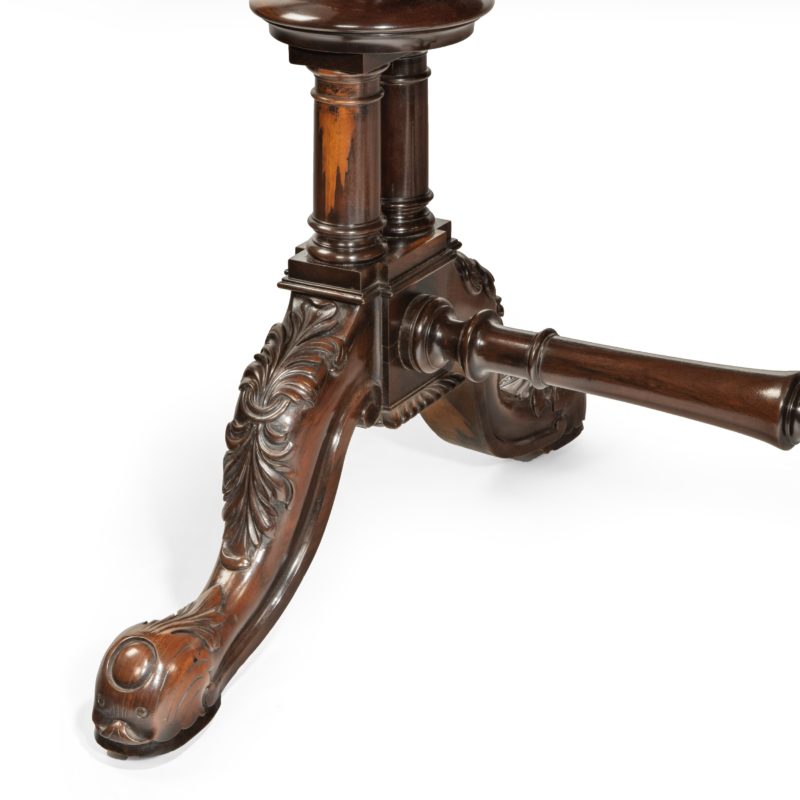 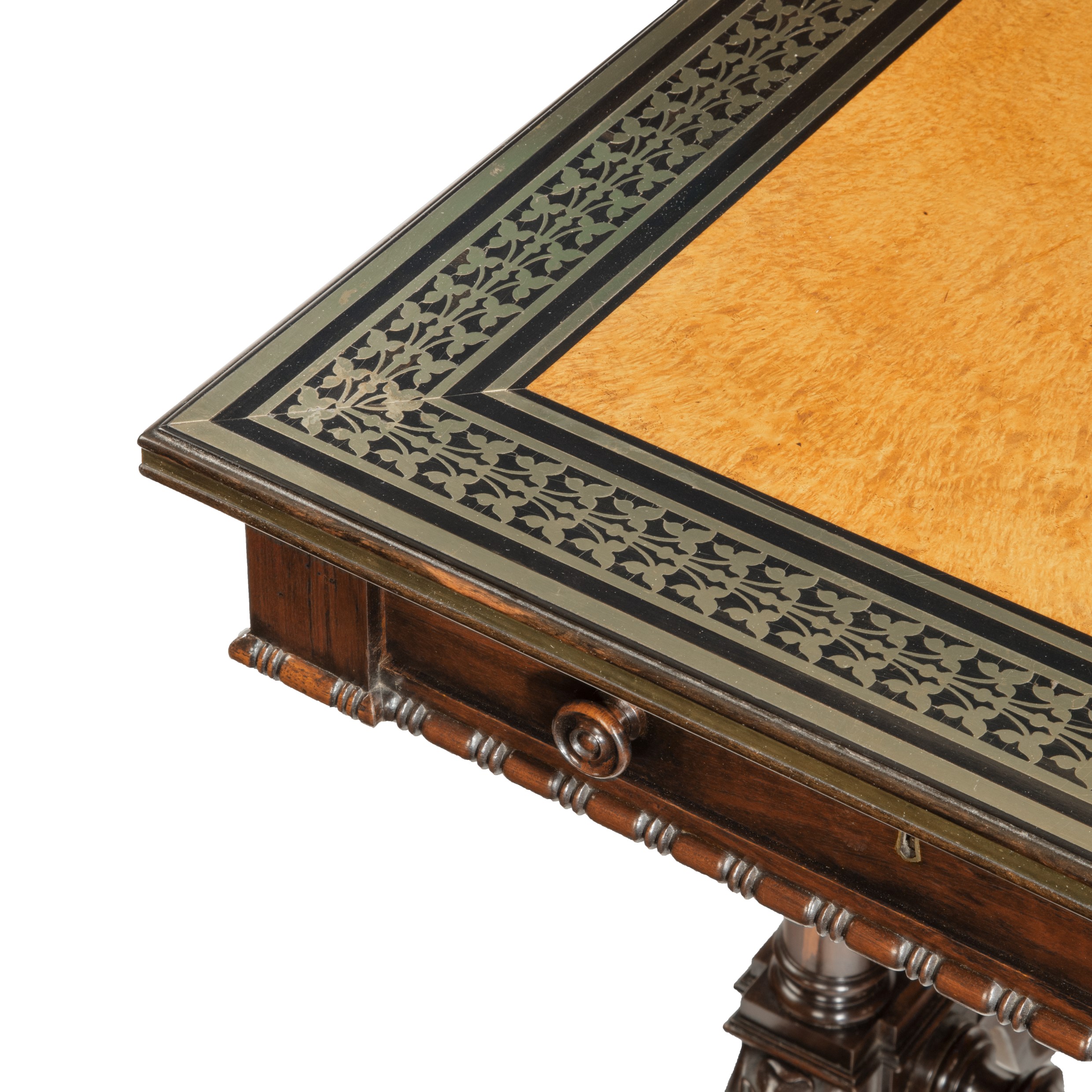 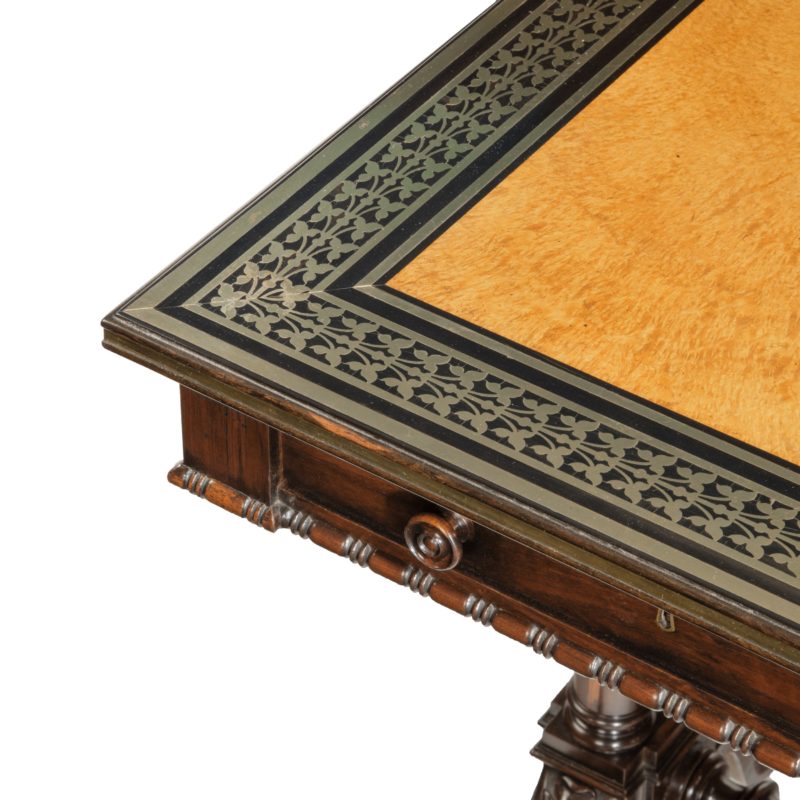 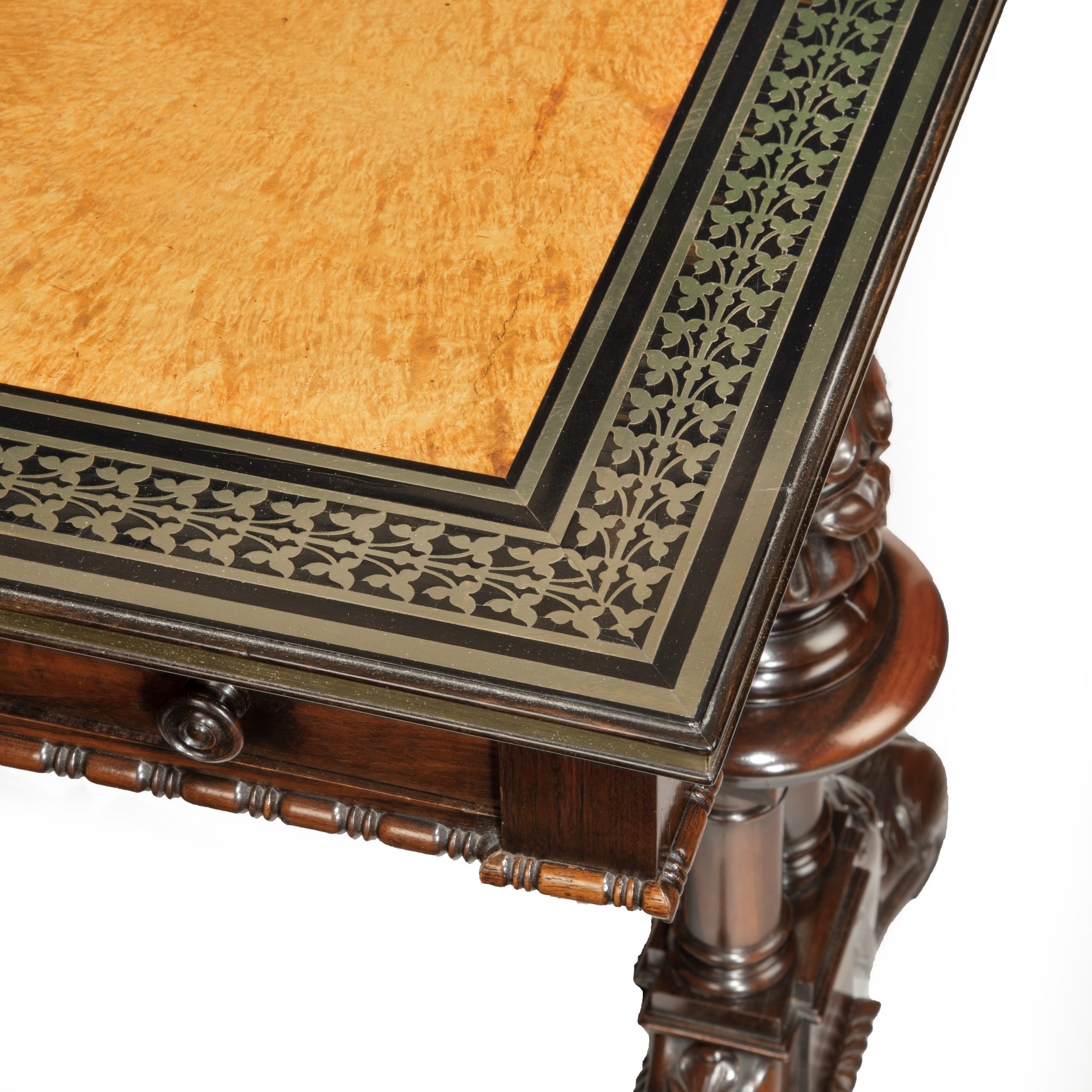 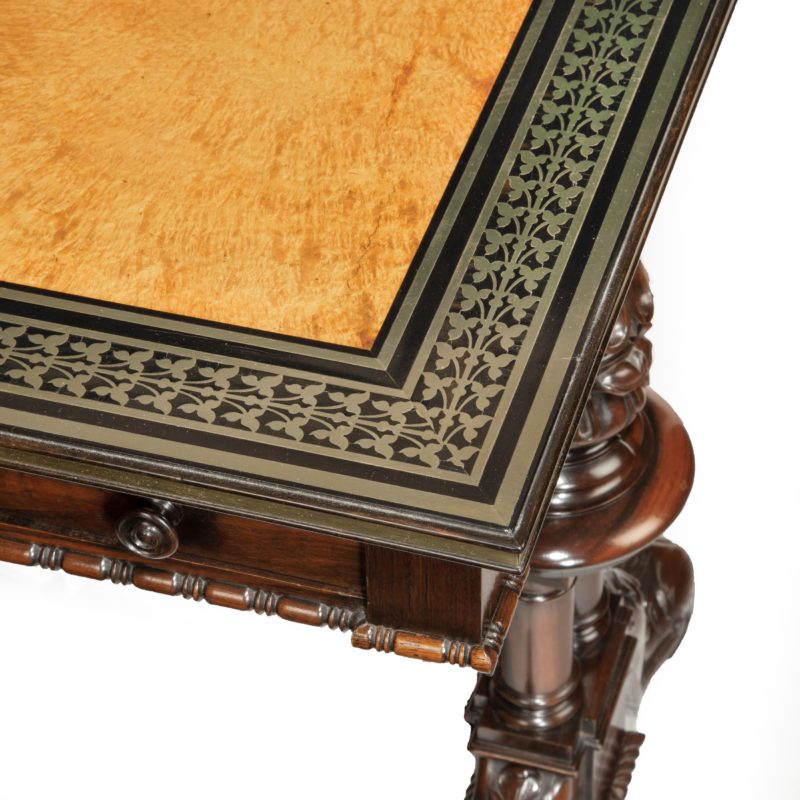 A Goncalo Alves (Albuera wood) writing table by Gillows and Bullock, the rectangular leather-inset top is inlaid with a wide band of paired ivy leaves and double borders in brass Boulle-work inlaid into ebony, probably by George Bullock, all above two frieze drawers.  The two end supports have turned and gadrooned upper sections above twin columns, all raised on acanthus carved cabriole legs joined by a turned stretcher and with their original castors.  English, circa 1825.

In describing this table (plate 275 above) Susan Stuart attributes it to Gillow & Co because of its similarity to a rosewood writing table in the Estimate Sketch Book of June 1825 (plate 274).  She also writes ‘the most intriguing thing about is piece is the brass inlay or boulle (buhl) work which forms a border on the table top’.  She then confirms that it was a pattern commonly used by George Bullock of Birmingham and later London, and that there had been a long history of co-operation between the two firms dating from the 18th century.  Two other pieces of furniture with brass Boulle-work are illustrated on the preceding pages.