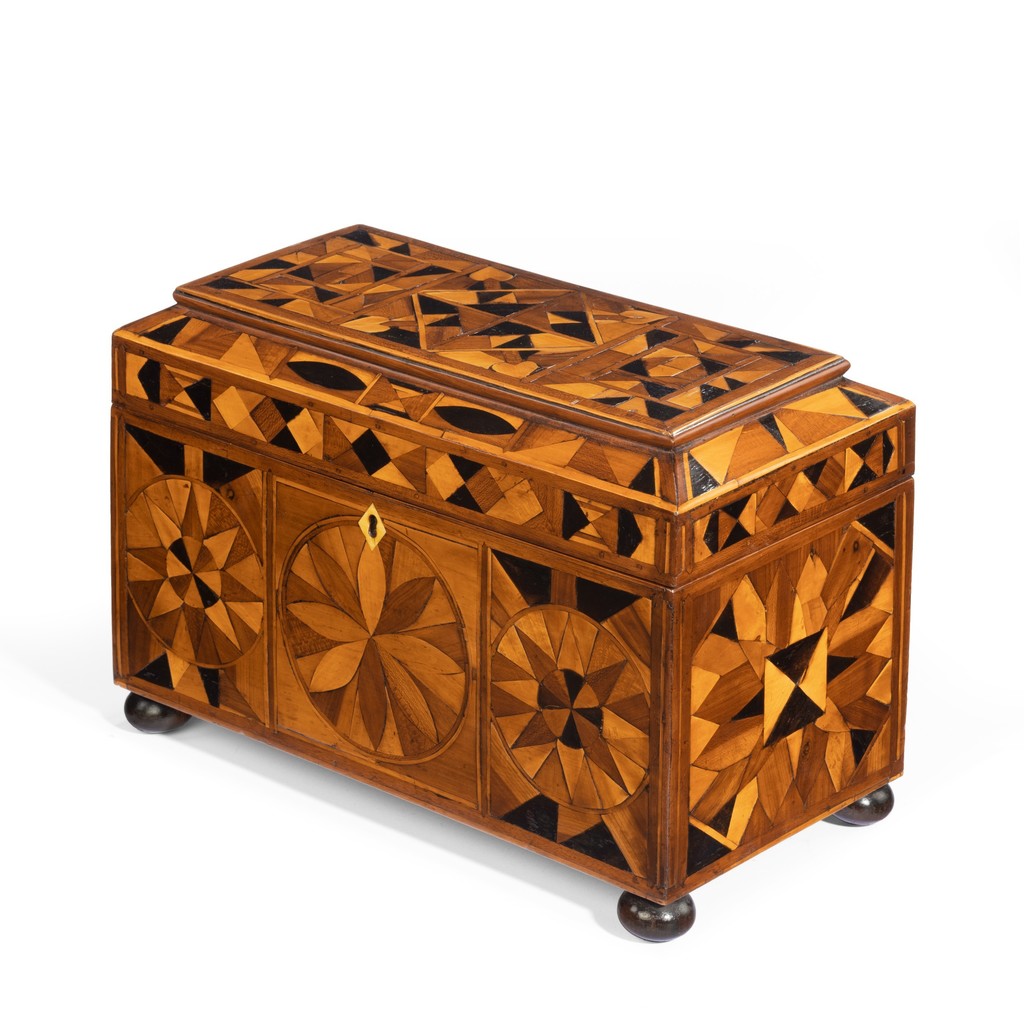 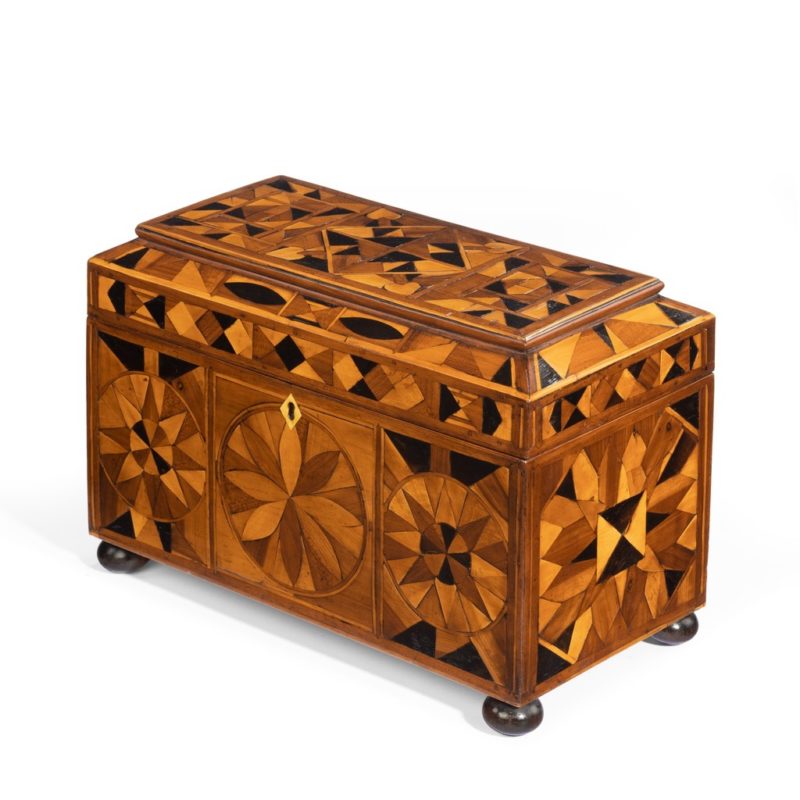 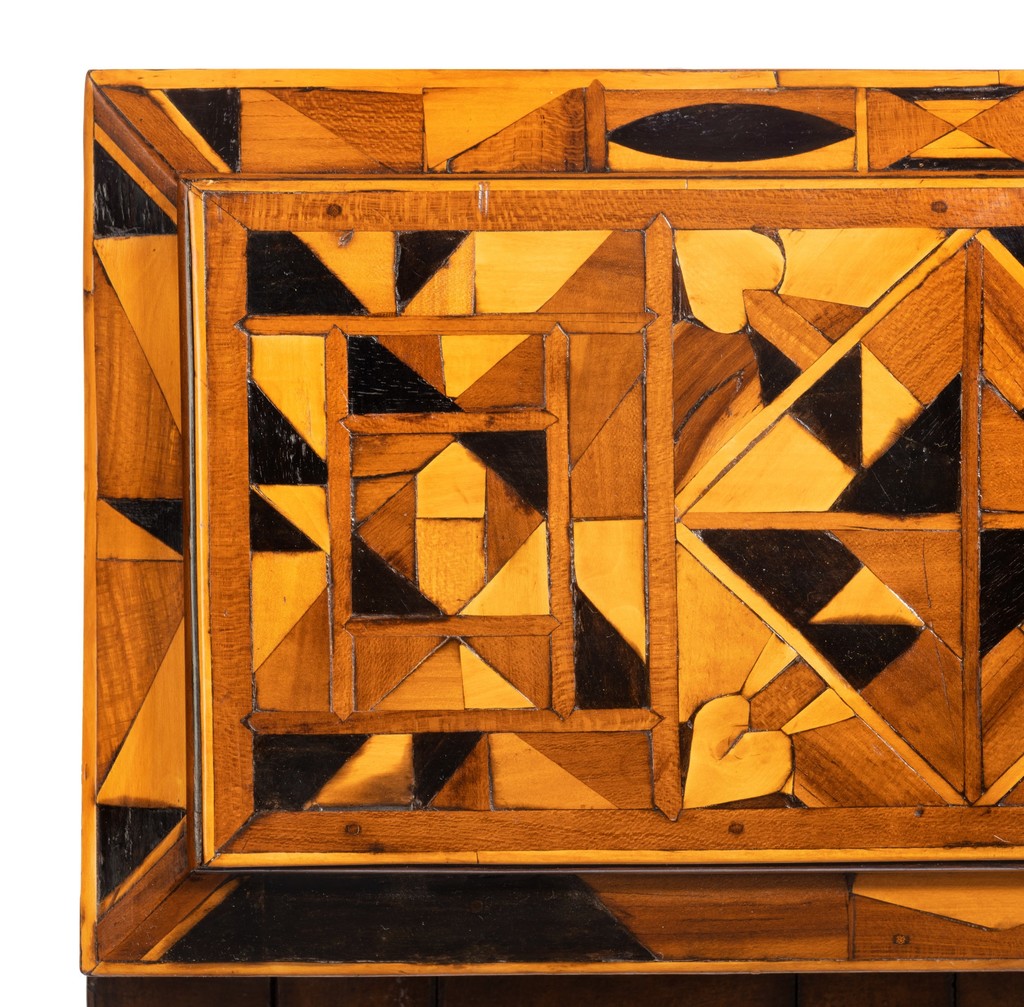 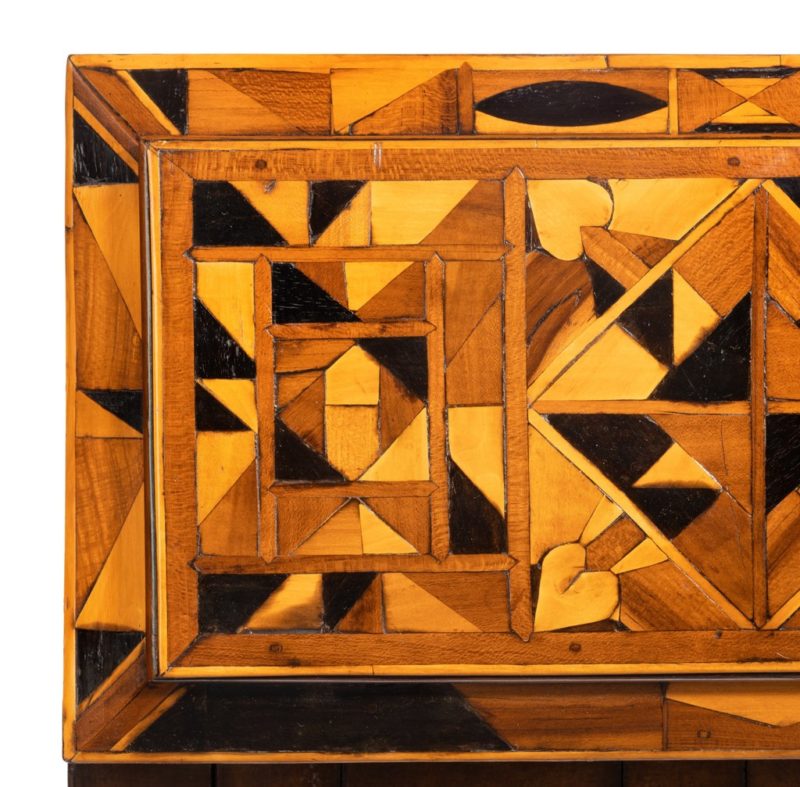 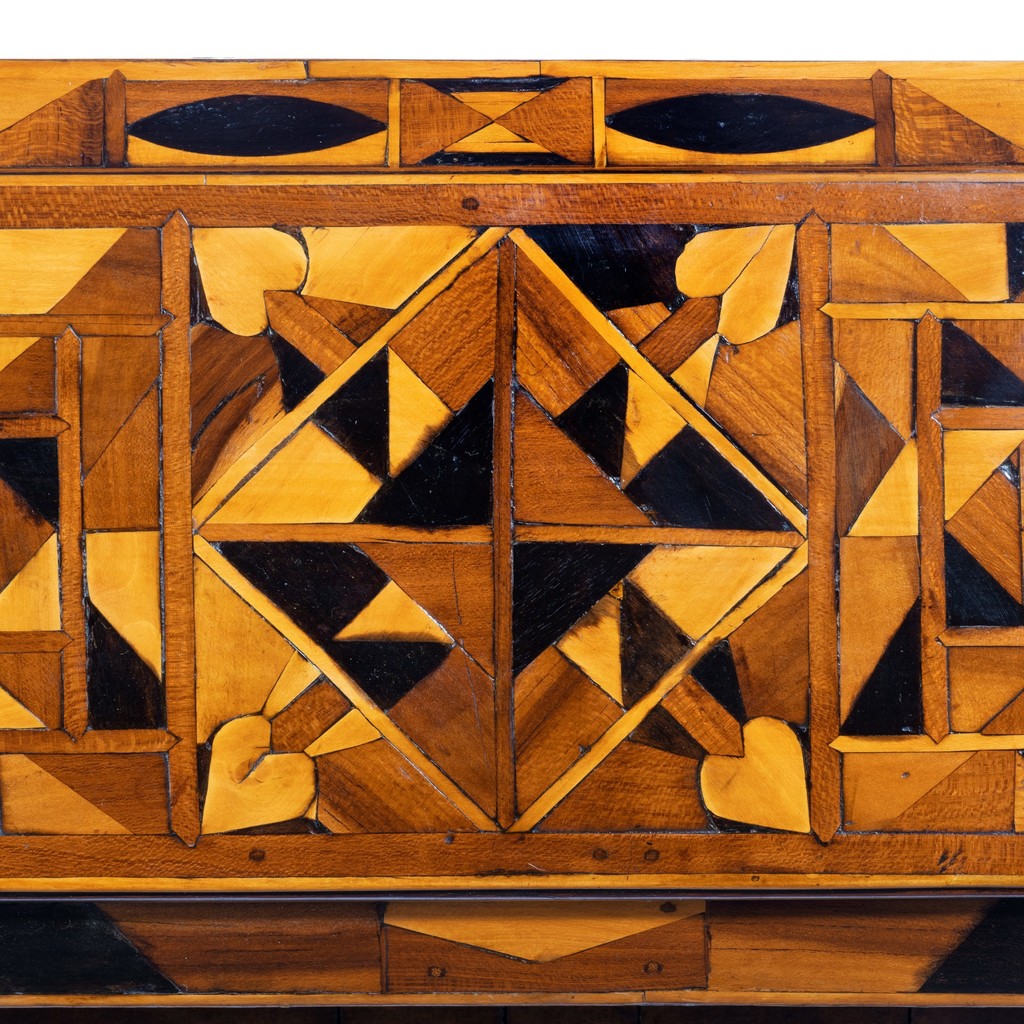 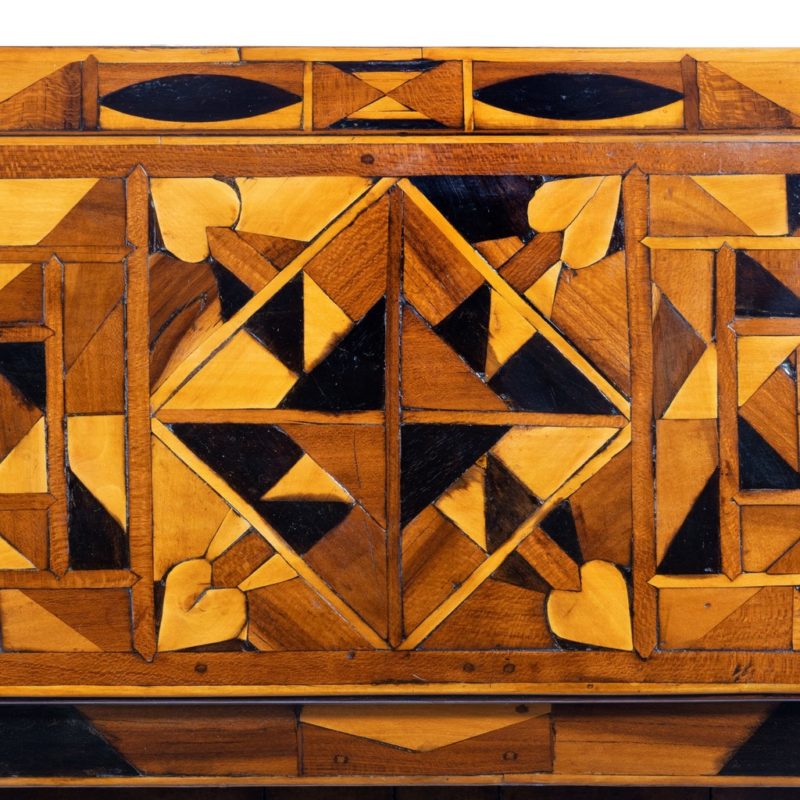 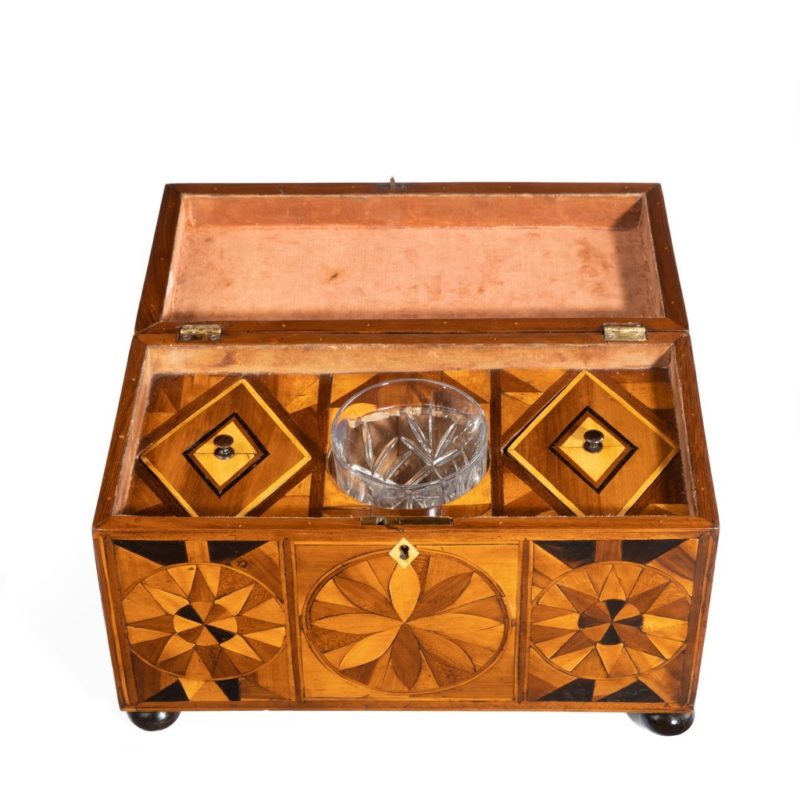 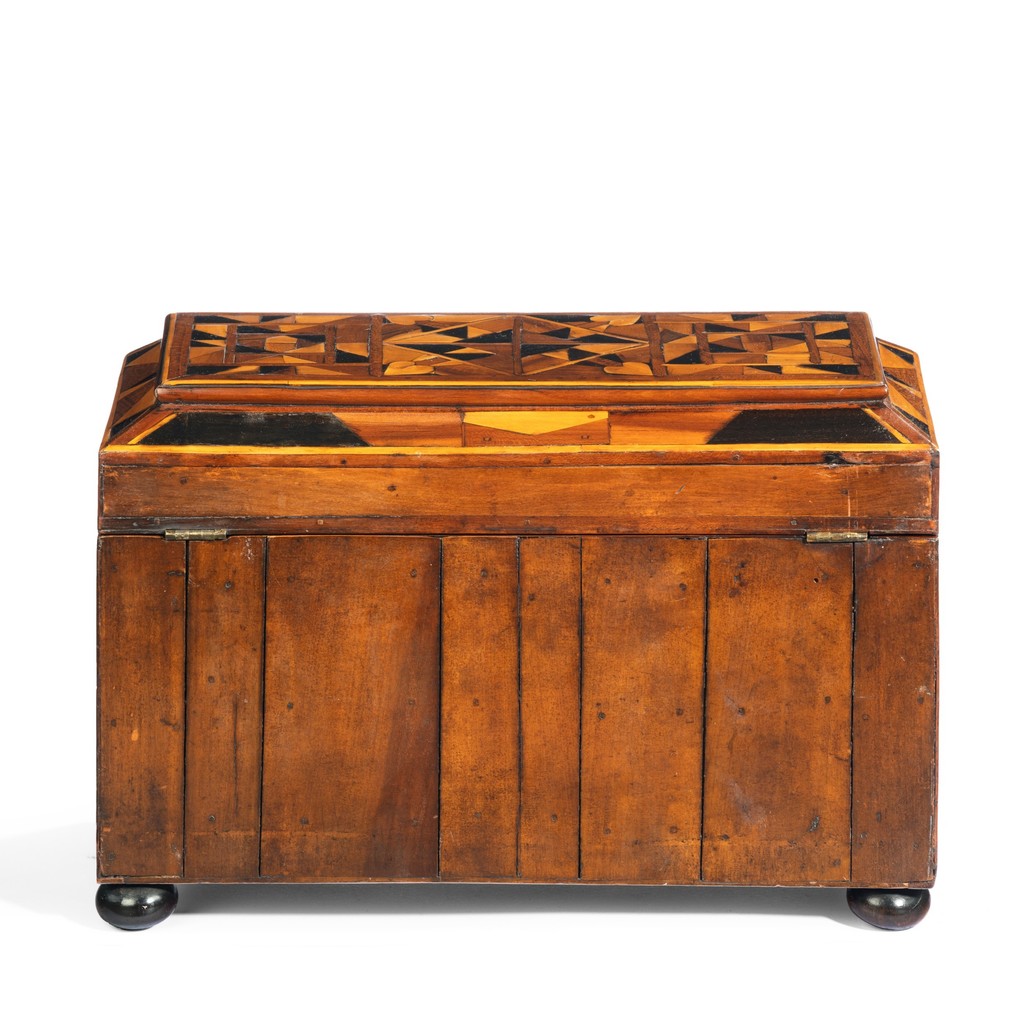 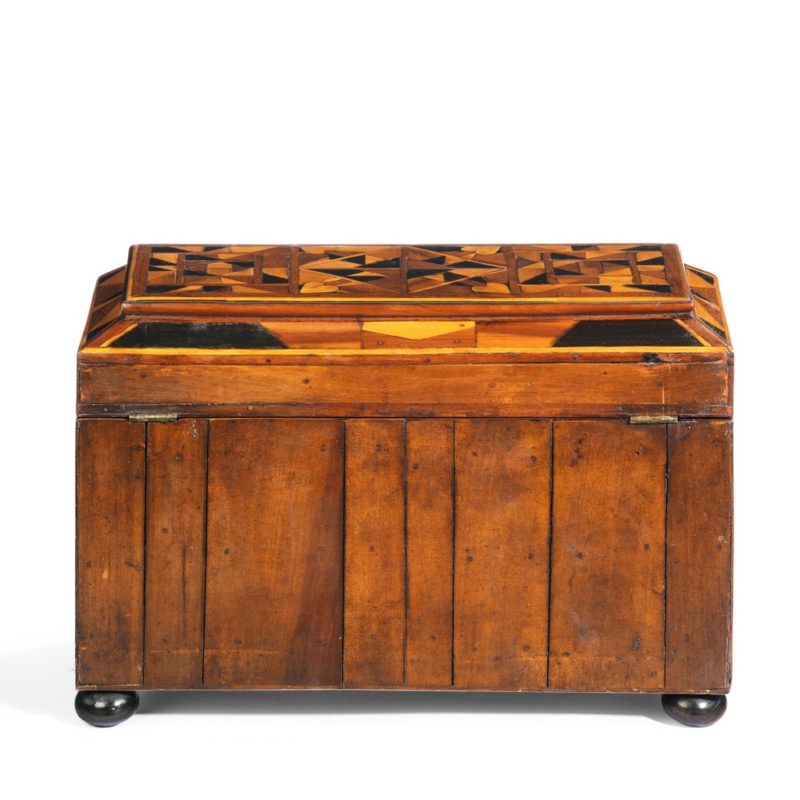 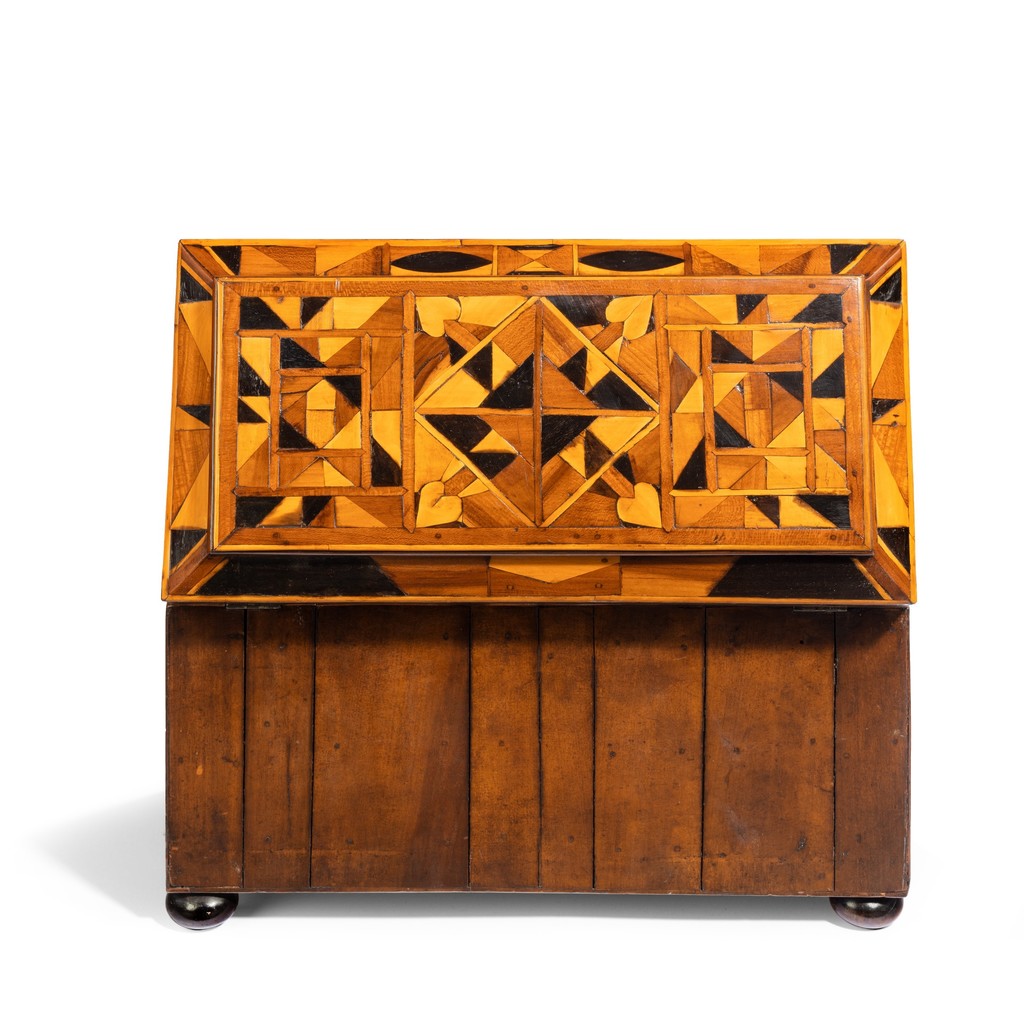 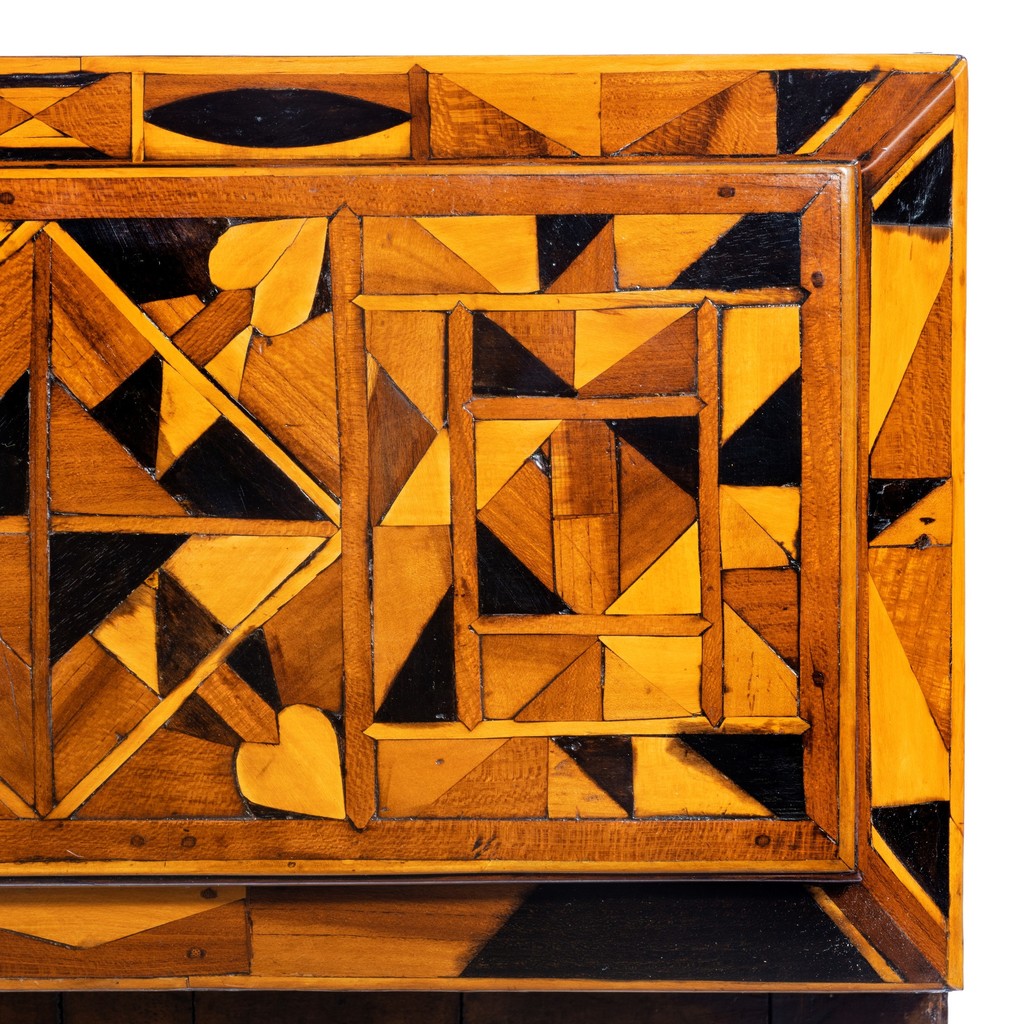 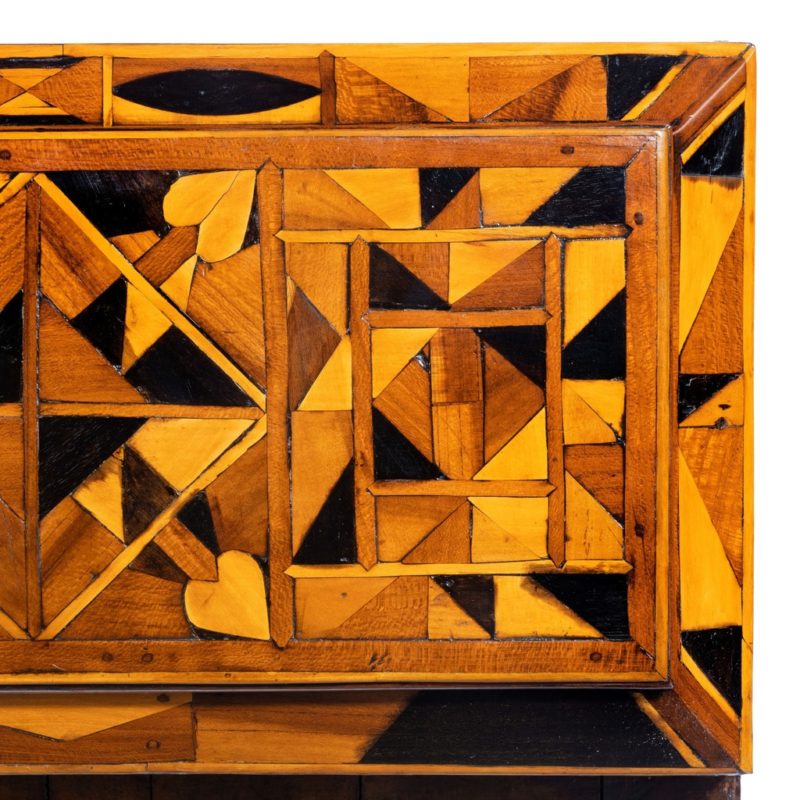 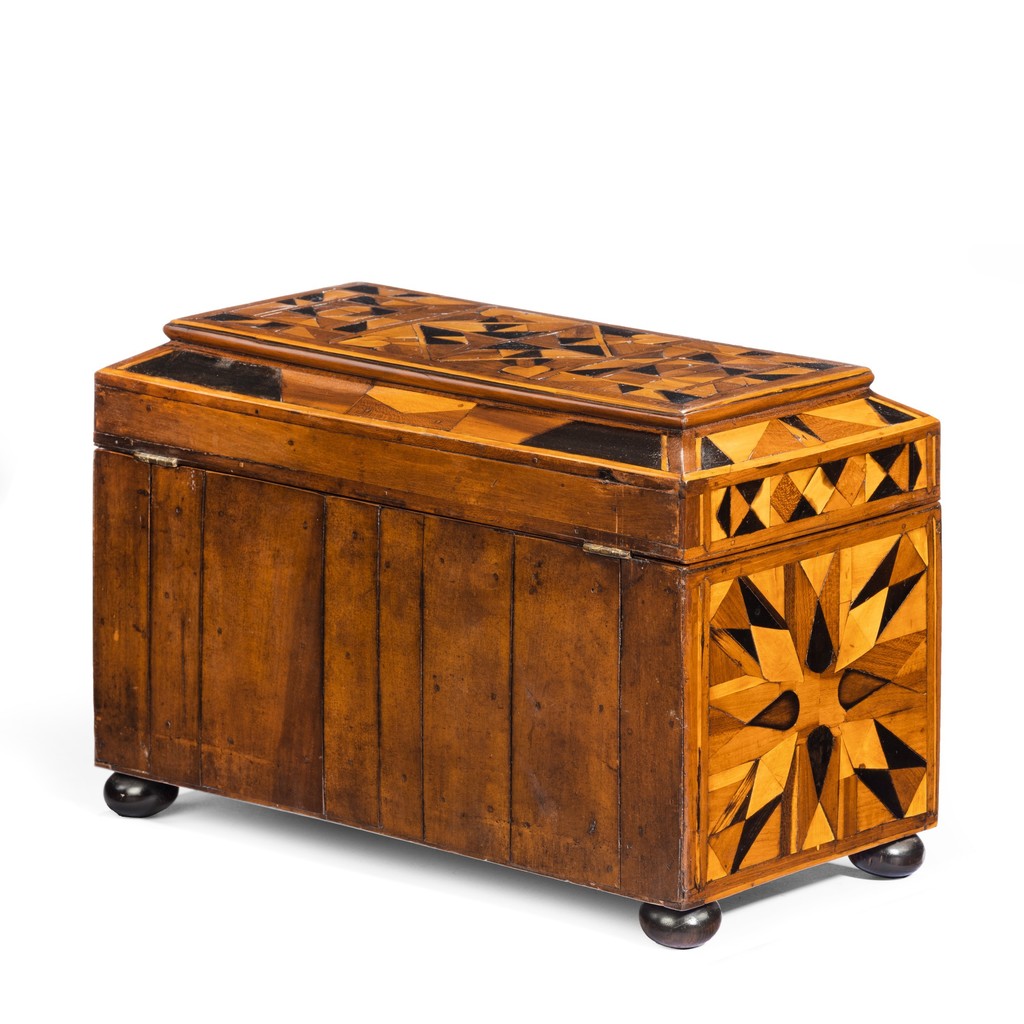 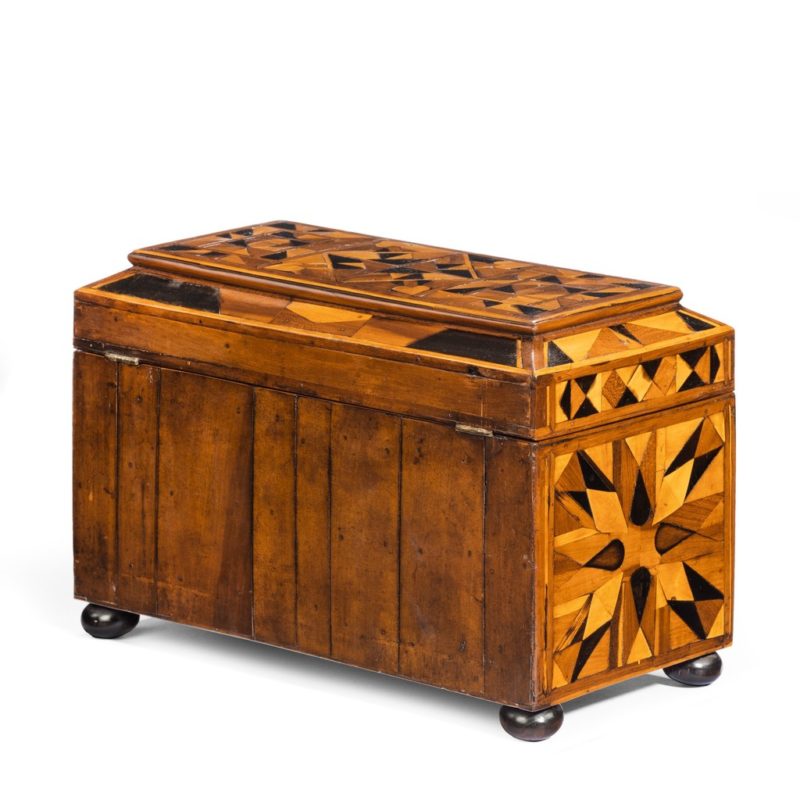 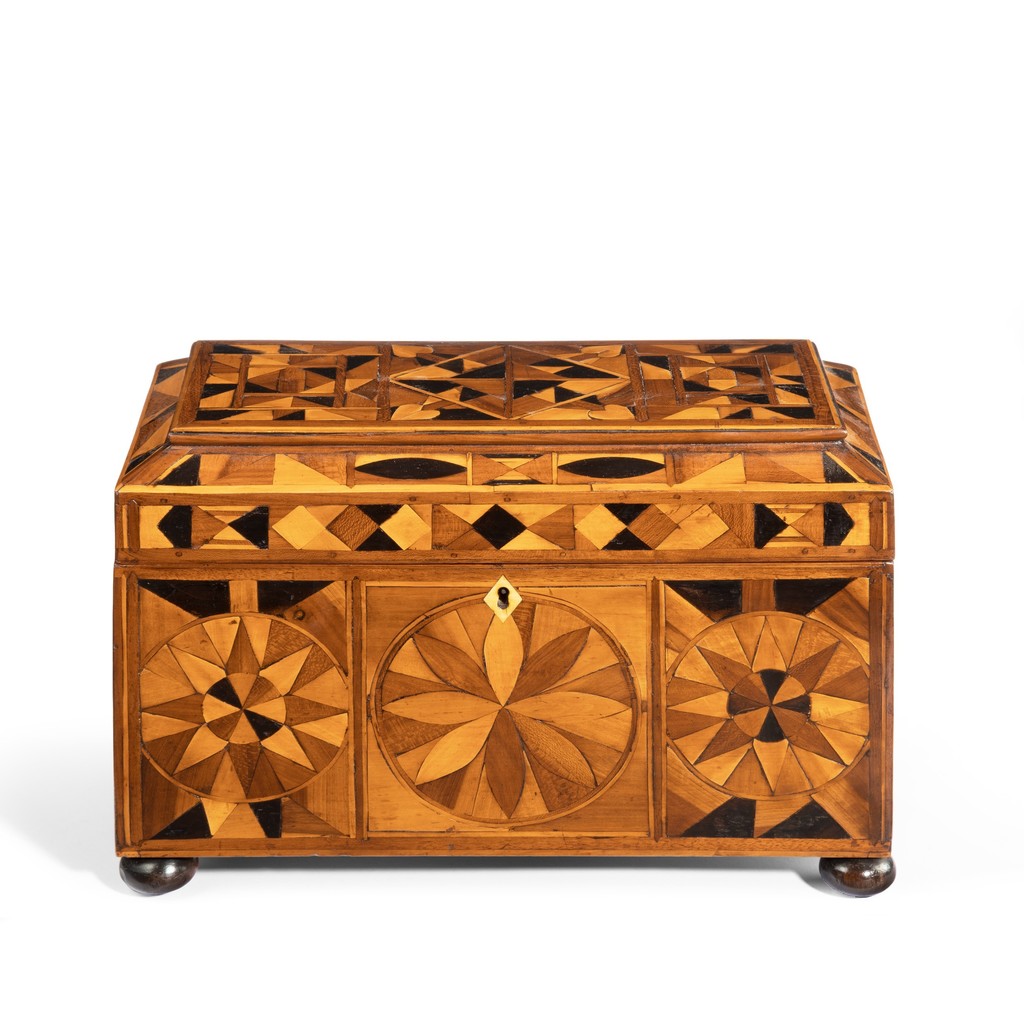 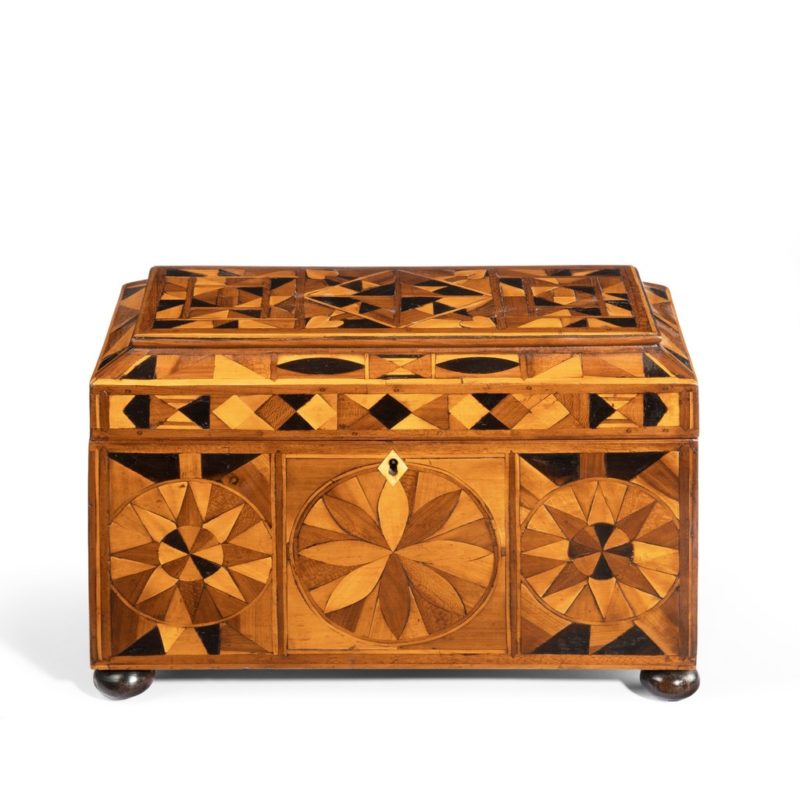 This tea caddy is of rectangular form with a stepped hinged lid, set on bun feet and worked in Caribbean timbers and wooden nails with compass roses and a central starburst roundel on the front, the sides and lid with diamonds, triangles and four hearts, the velvet-lined interior fitted with two caddies with diamond-shaped lids and a cut glass mixing bowl (later), the underside with an indistinct maker’s label ‘From Ralph Turnbull’s Cabinet and Upholstery Manufactory, Kingston, Jamaica’ . Circa 1835.

Ralph Turnbull (b.1788 – d.1865) is credited with the development of veneered pieces which are synonymous with colonial Jamaica. His output is easily recognisable, not only because he labelled his work, but also because his method of making and decorating furniture using the local woods of the Caribbean in dramatic geometric, often circular, patterns, was unique. It was very much admired at the time, by patrons and fellow cabinet makers alike, and is still sought after today. Unlike many of his competitors, it seems that Ralph Turnbull did not use slaves prior to emancipation, preferring to employ and train both black and white apprentices. When slaves were emancipated in the British Empire during the 1830s Turnbull applied to the Jamaican Parliament to fund sixty apprentices who had been former slaves. He was unusual in this, and it brought his work to the attention of the Marquis of Sligo, the Governor of Jamaica, who commissioned Turnbull to make a games table for his family seat in Ireland.