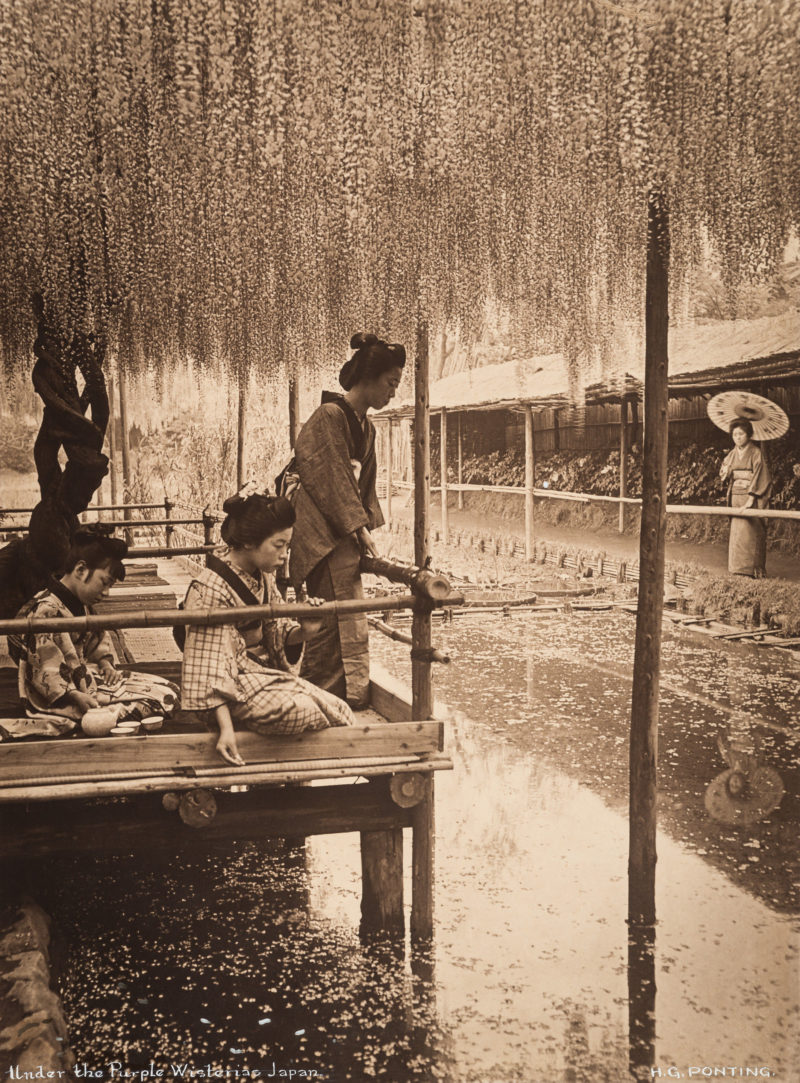 Cherry Blossom Time in Japan. carbon print,
captioned and signed in ink by Ponting in the bottom margin.

Biography Herbert George Ponting [1870 – 1935]
Born to a wealthy English West Country family, in the early 1890s Herbert Ponting
emigrated to California where he bought a fruit farm and also became a partner in a
gold mining enterprise. Both enterprises soon foundered; he was totally inept as a
businessman and he turned to photography, where he found a ready market for his
work. In the ten years preceding his appointment as photographer to Captain Scott’s
Polar Expedition (1910) which brought him fame, he travelled the world as a freelance.
Ponting’s first major commission was for Underwood & Underwood, the leading
publishers of stereo cards, who dispatched him to the Orient, where he remained to
cover the Russo-Japanese war. He spent a further two years in China, India and South
East Asia, before returning to Europe where in 1908 he photographed the Swiss and
French Alps. This image offered here fall within this defined period.
Ponting’s large-scale carbon prints (up to 40 x 60 inches) are first mentioned in H.J.P.
Arnold Photographer of the World, A Biography of Herbert Ponting in connection
with the Dresden International Photographic Exhibition, 1909, and thereafter they
continued to be produced on a smaller scale for other exhibitions and for public
sale. The prints offered here were Ponting’s own, inherited by the vendor from his
grandfather who purchased them in July 1935 at the executors’ sale of Ponting’s
cameras and photographs.