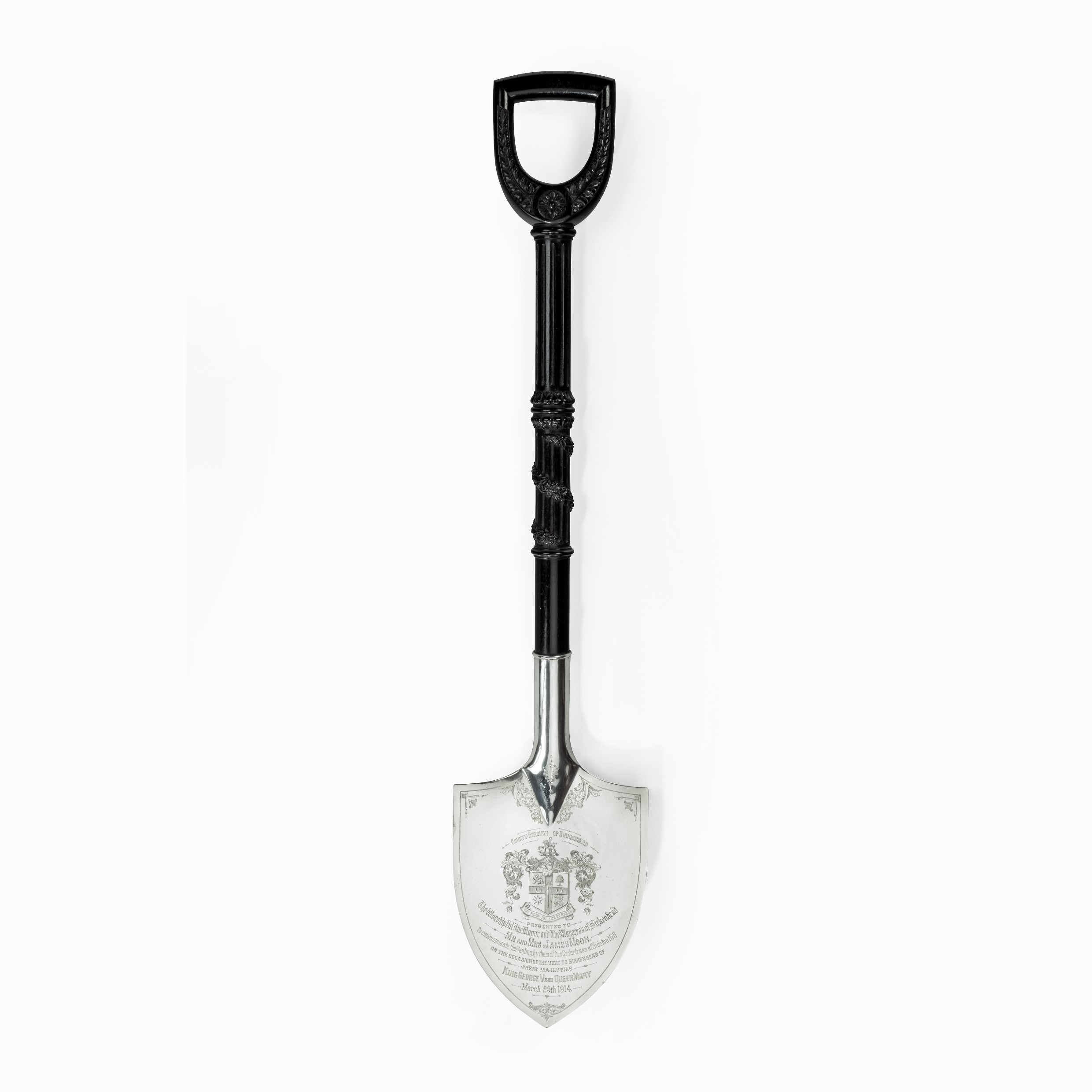 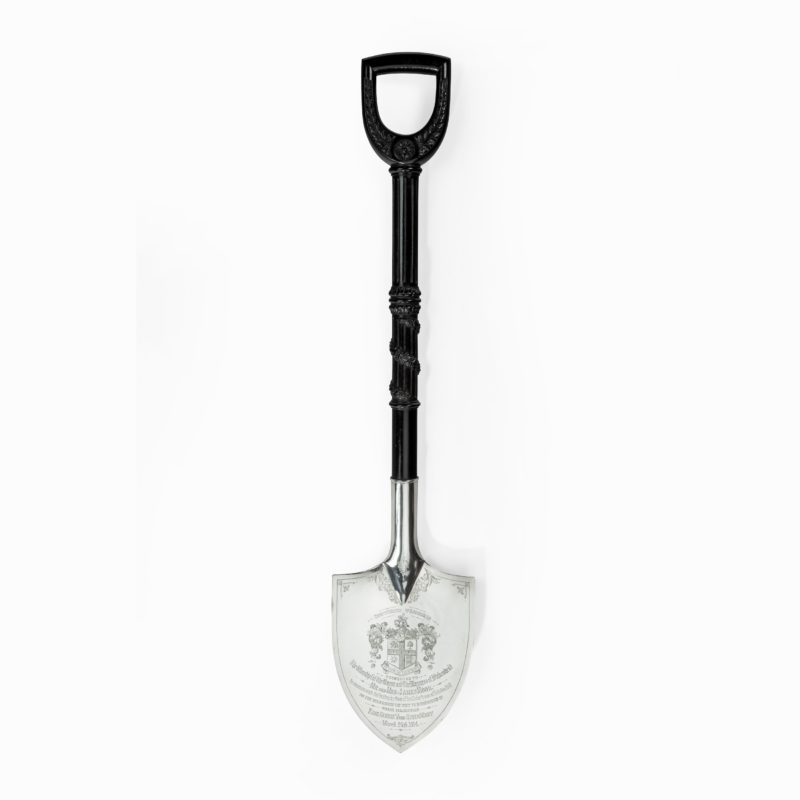 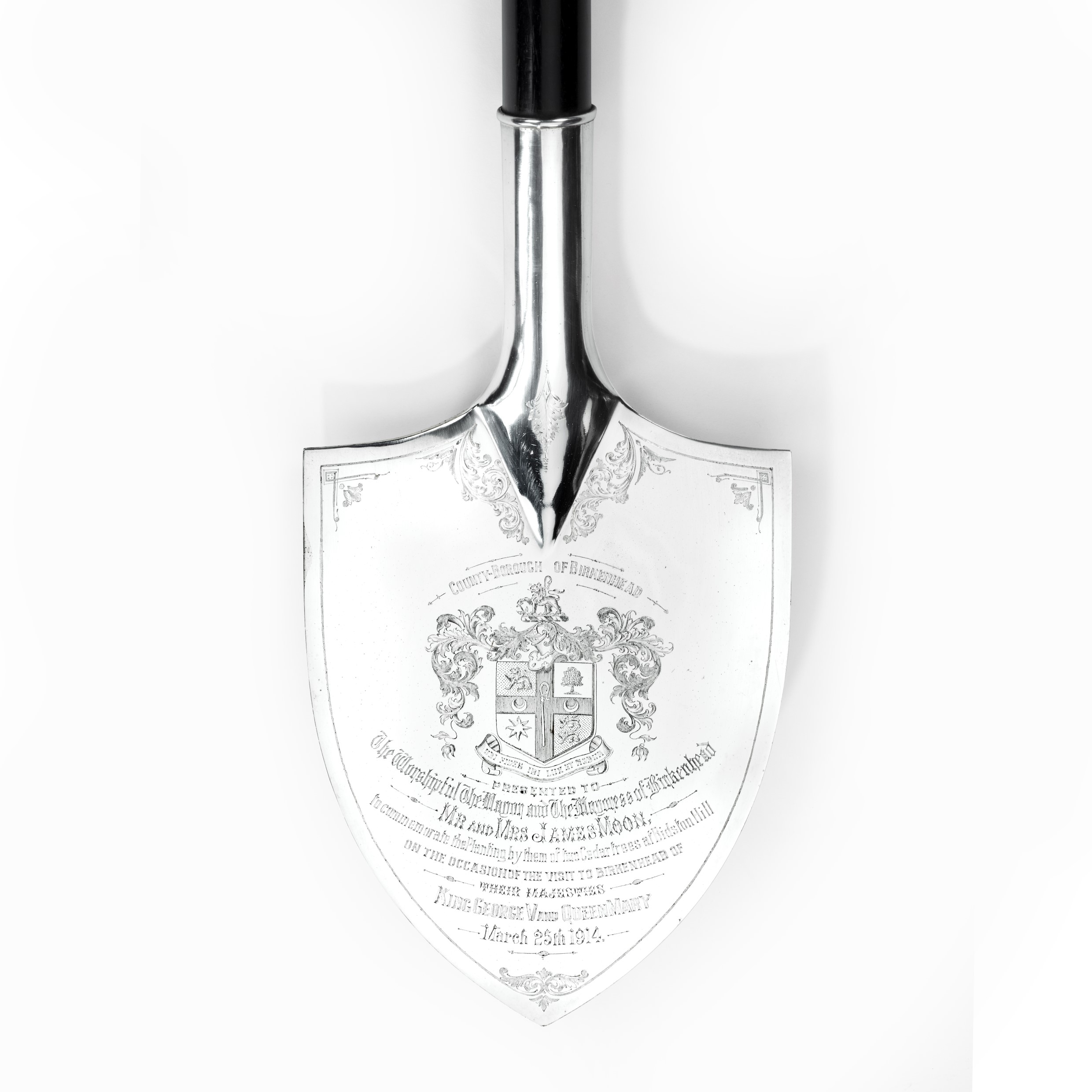 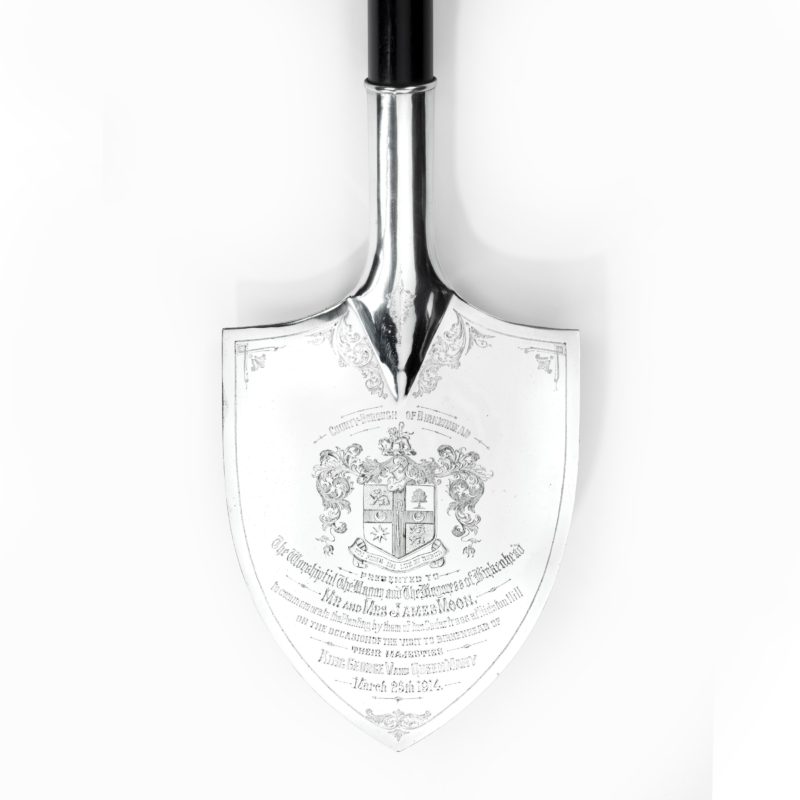 This ebony and silver-plated ceremonial spade commemorates tree planting at Bidston Hill during a visit by their Majesties King George V and Queen Mary. The carved ebony handle features a spiral garland entwined around a fluted shaft. The silver-plated blade is incised ‘County & Borough of Birkenhead, presented to the Worshipful the Mayor and the Mayoress of Birkenhead, Mr and Mrs James Moon, to commemorate the planting by them of two Cedar trees at Bidston Hill, on the occasion of the visit to Birkenhead of their Majesties King George V and Queen Mary, March 25th, 1914’.

George V and Queen Mary visited Birkenhead in 1914. The King opened the Hill by pressing a button at the town hall and a ribbon was cut at the beginning of ‘King George’s Way’. He was then driven up to Bidston Hill, where he waved to the waiting crowd, and carried on to Wallasey to open a hospital.

Bidston Hill was home to more than 100 flagpoles from 1763. Speed was of the essence when merchant vessels with valuable cargoes were due into port. High above Birkenhead the Hill was the ideal spot for flag runners to identity their company’s ships. They had just 11 minutes to raise the correct company and cargo flags, on the right pole, which warned the workforces waiting in the docks to prepare for action.

By the time of this visit, however, the main focus of royal interest, particularly for Queen Mary, would have been the multitude of rhododendrons. The “Chronicles of Bidston” (1407-1892) state that Robert Vyner planted the Rhododendron Gardens at Bidston in 1855/56. By 1894, according to Edward Quaile in Bidston Hill Preserved, “the rhododendrons, self-sown, and growing naturally, are in flower, and their abundant blooms are seen crowding and covering the dell side for fully a hundred feet high, then it is a remarkable sight, rare in England, but which enables us to realise better than any description, the effect of the rhododendrons when first they were seen by travellers”.