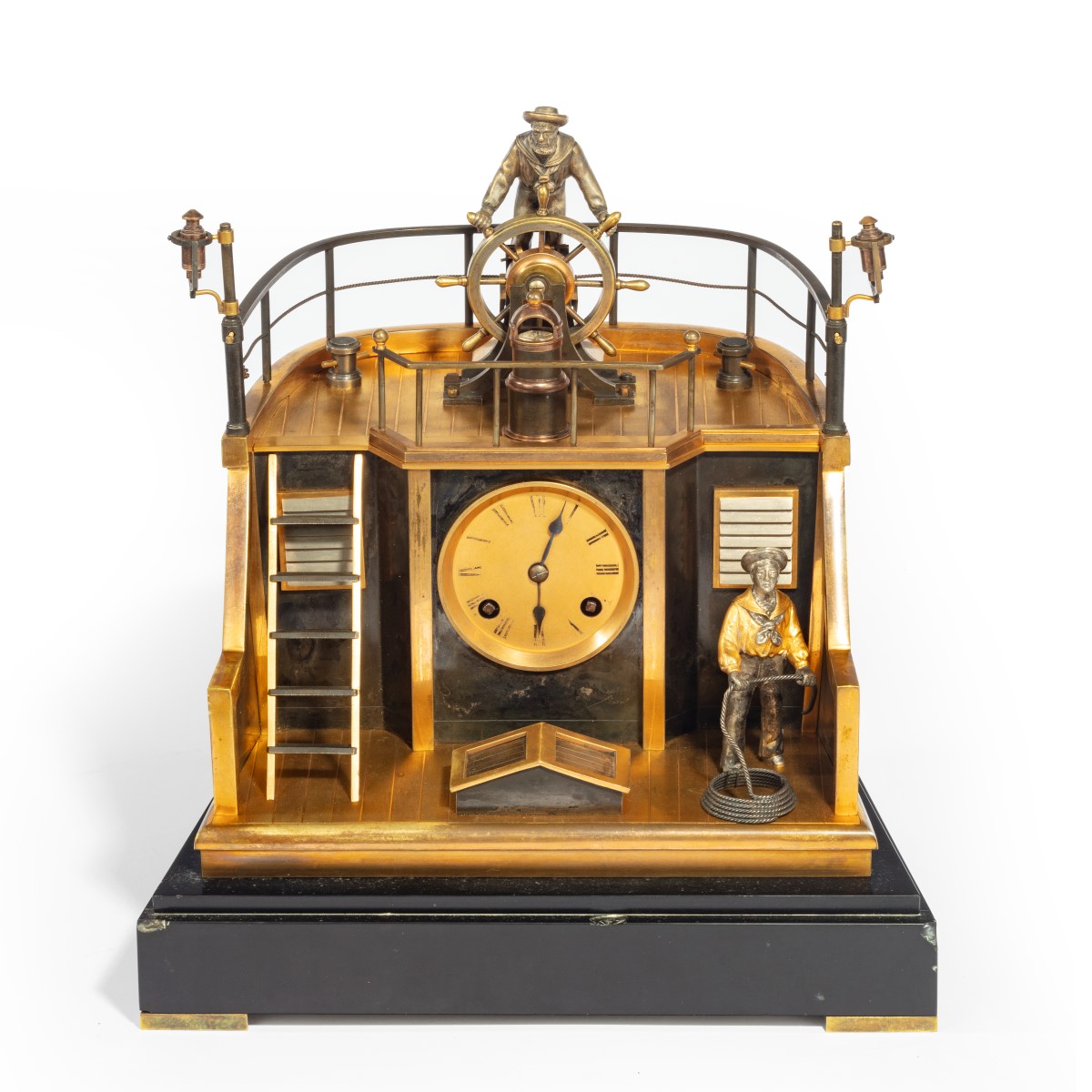 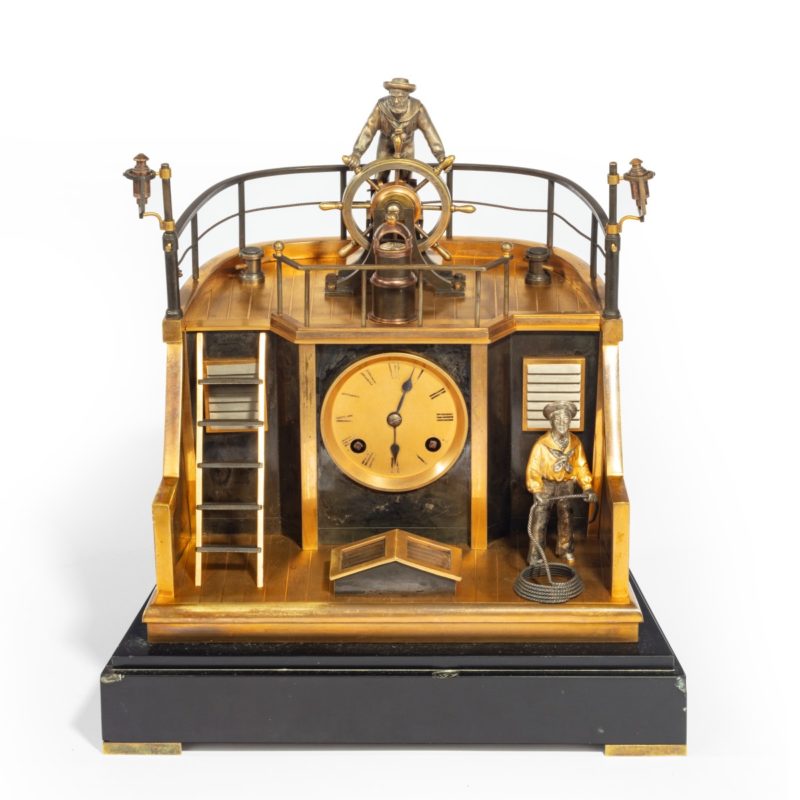 A late 19th century French gilt-brass and steel novelty ‘quarterdeck’ mantel clock by Guilmet, Paris, the eight-day gong striking movement with anchor escapement, circular gilt Roman numeral dial with steel spade hands, the case made as the stern of a ship with the upper poop deck applied with binnacle compass before a figure cast as a sailor at the helm rocking from side-to-side with the motion of the pendulum, with lantern posts to sides over lower deck accessed via a ladder to the left and with another figure of a mariner gathering rope from a coil to the right, on a moulded gilt base applied onto black marble plinth with gilt block feet.

Footnote: The Parisian maker Andre Romain Guilmet is best known for his ‘mystery’ clocks, which hide the movement, and ‘industrial’ clocks in which the technique is used in timepieces representing, for instance, his famous animated pieces such as the Foundryman and the Lighthouse clocks.