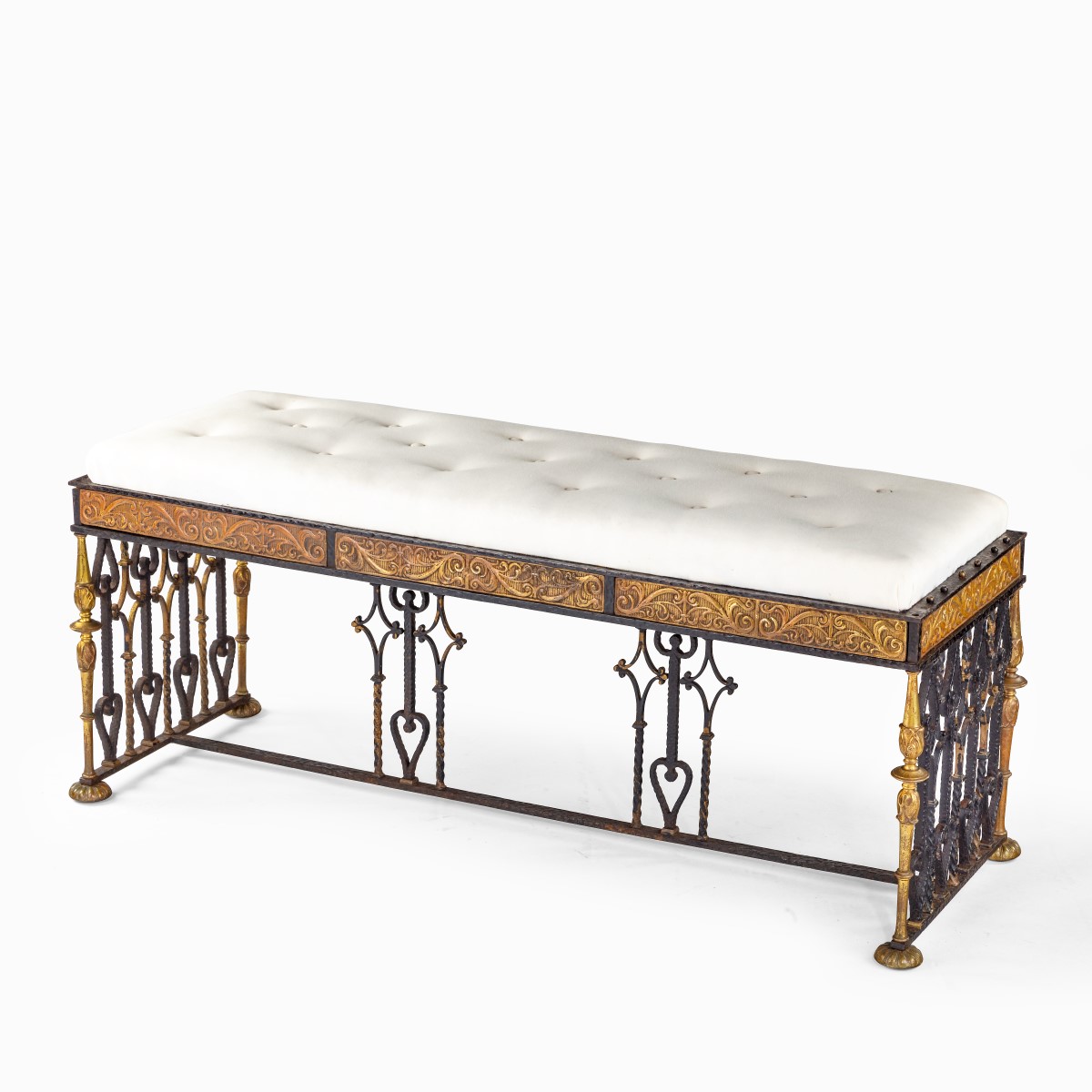 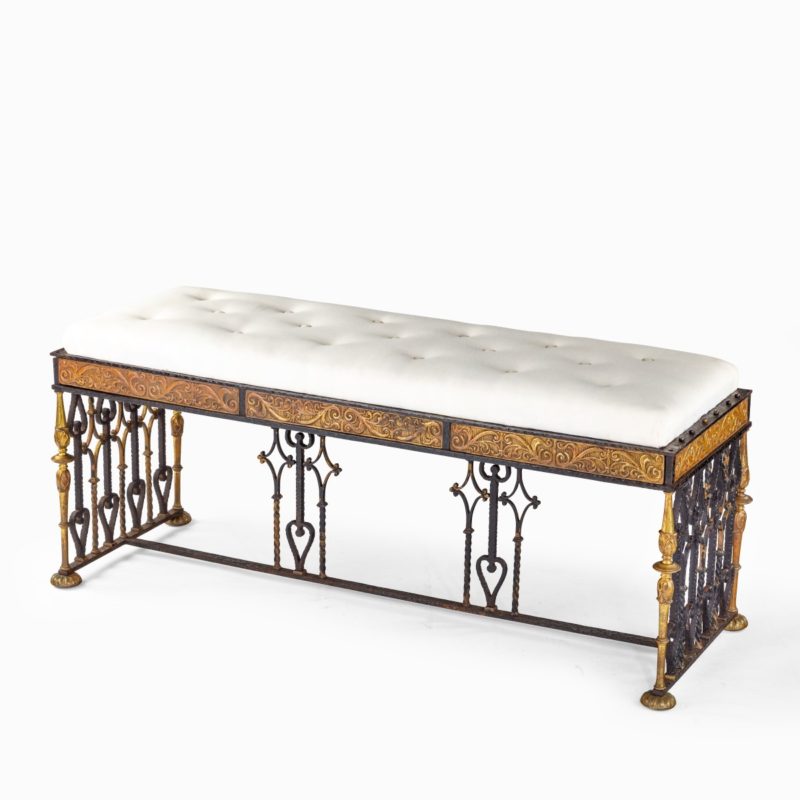 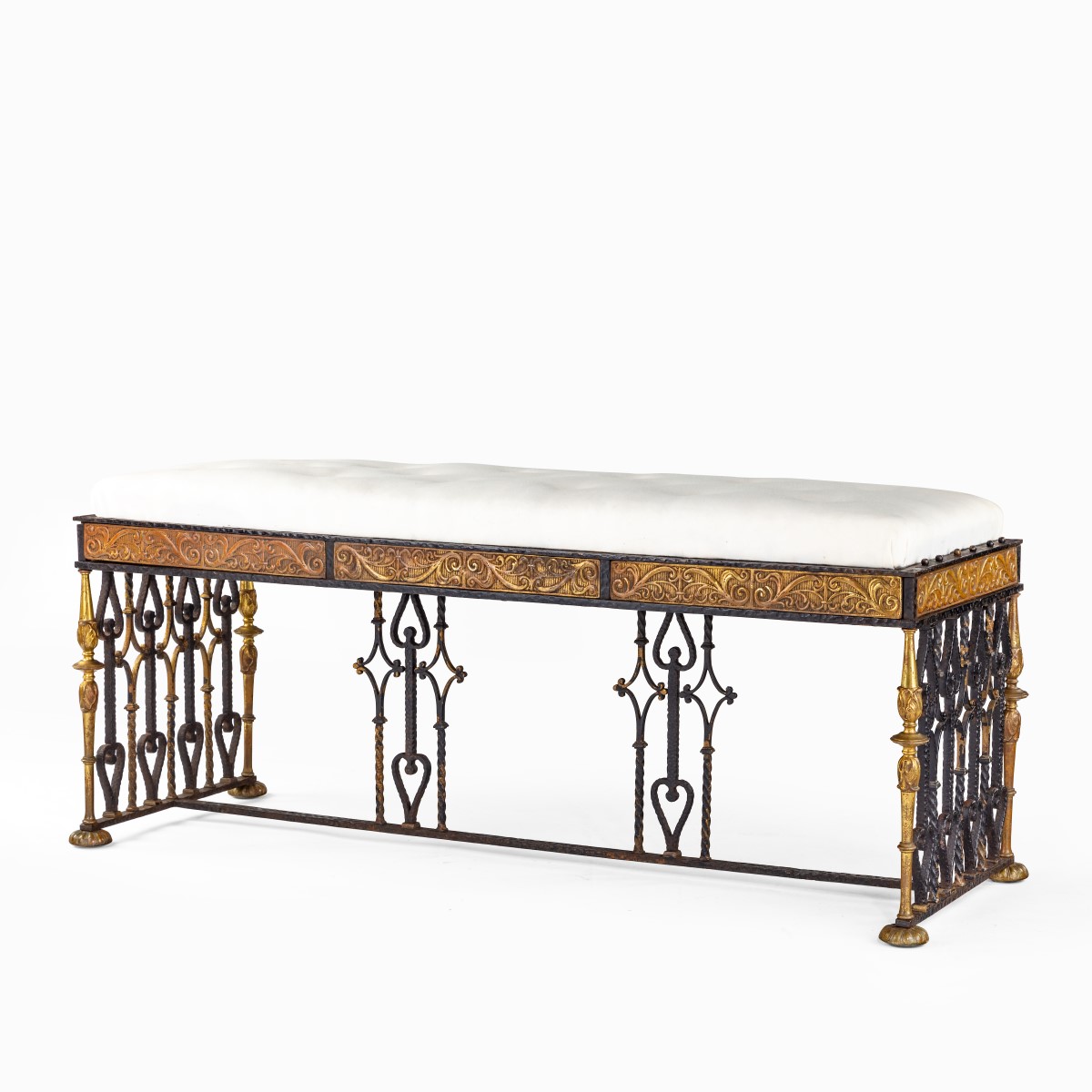 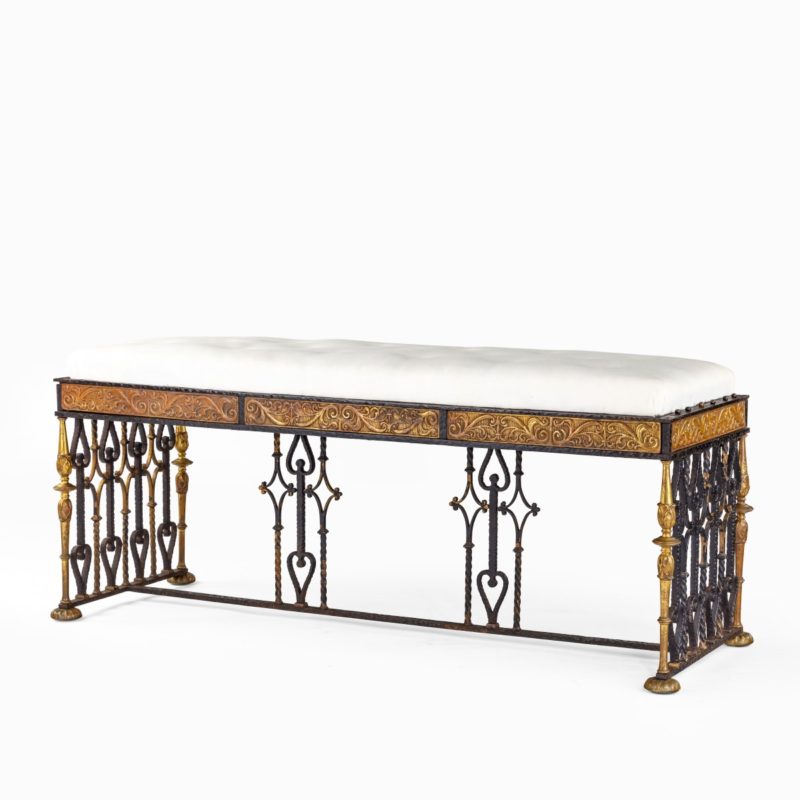 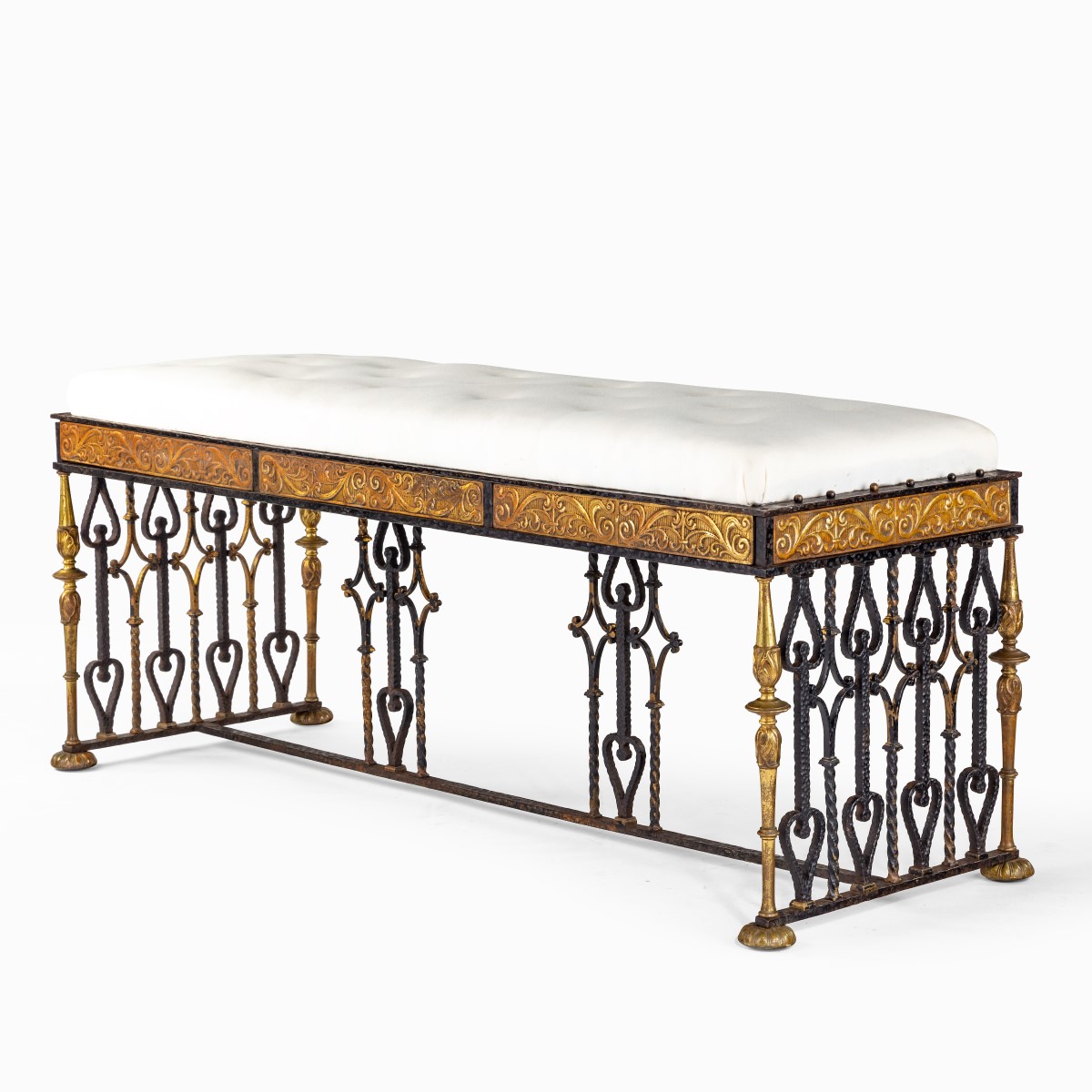 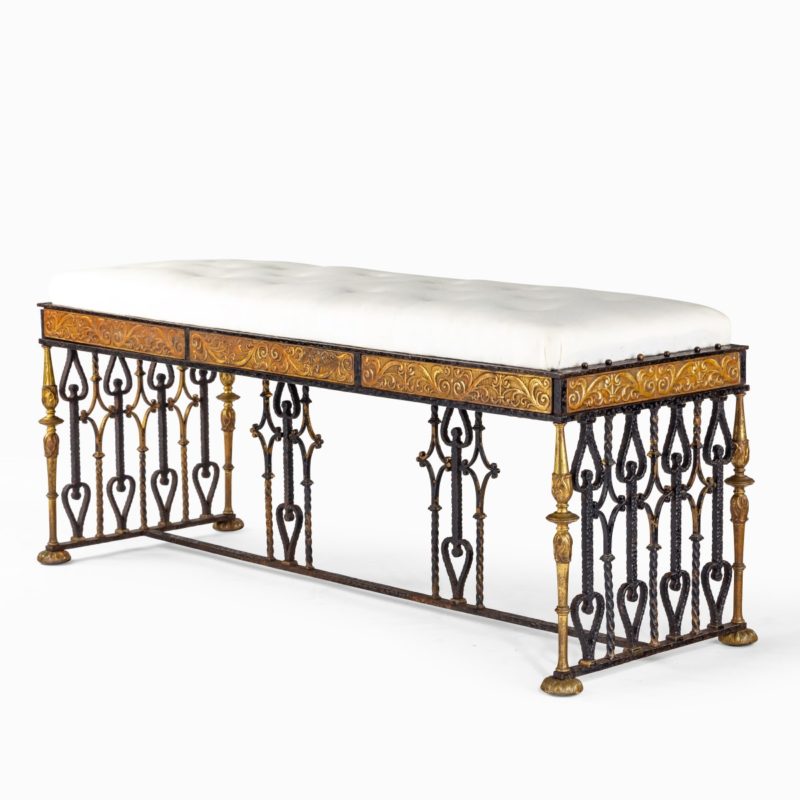 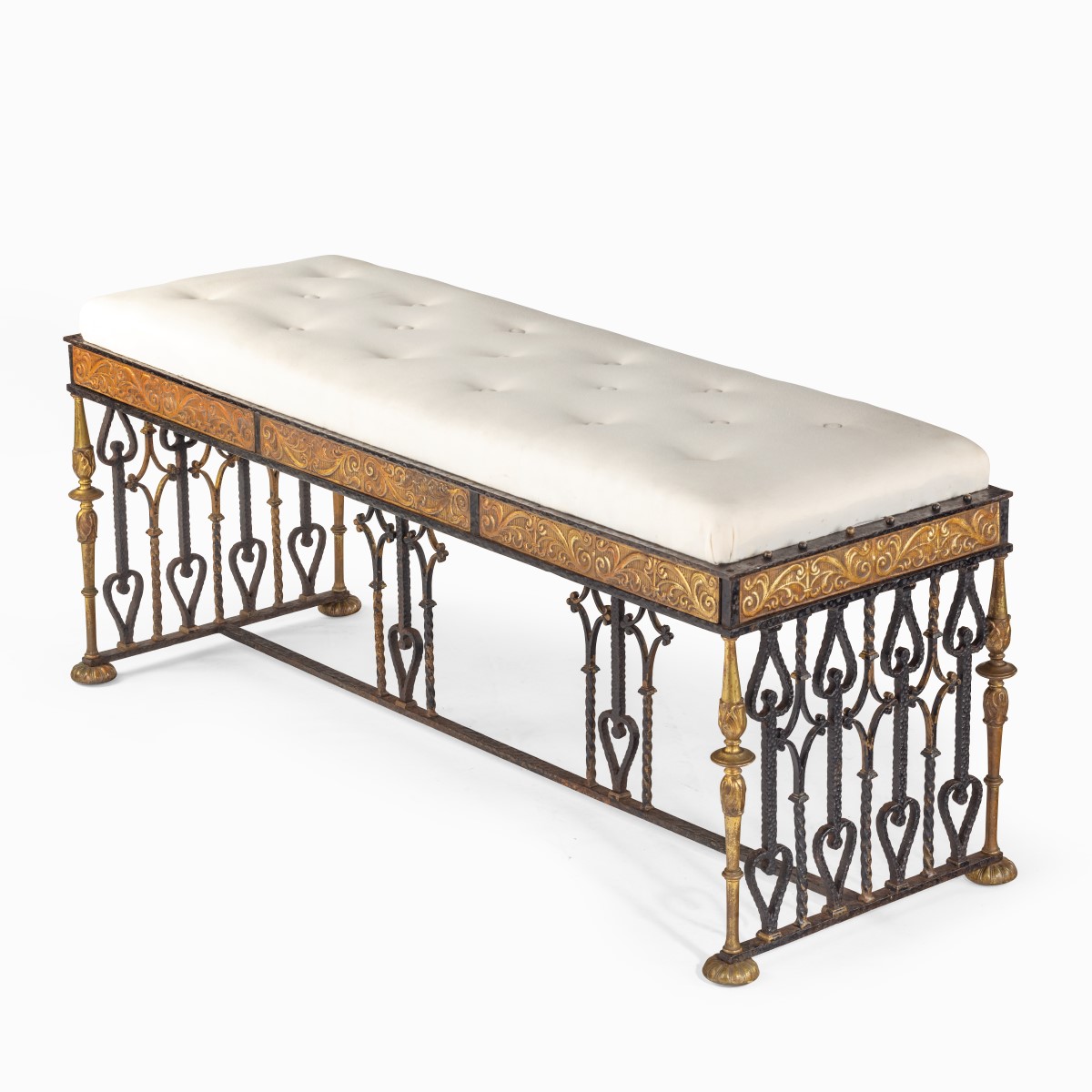 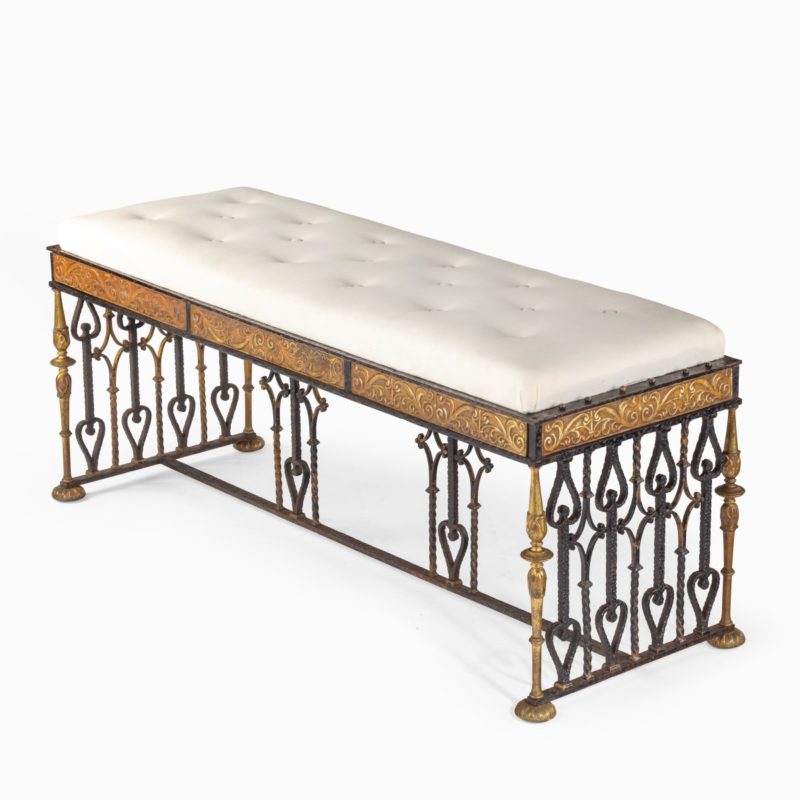 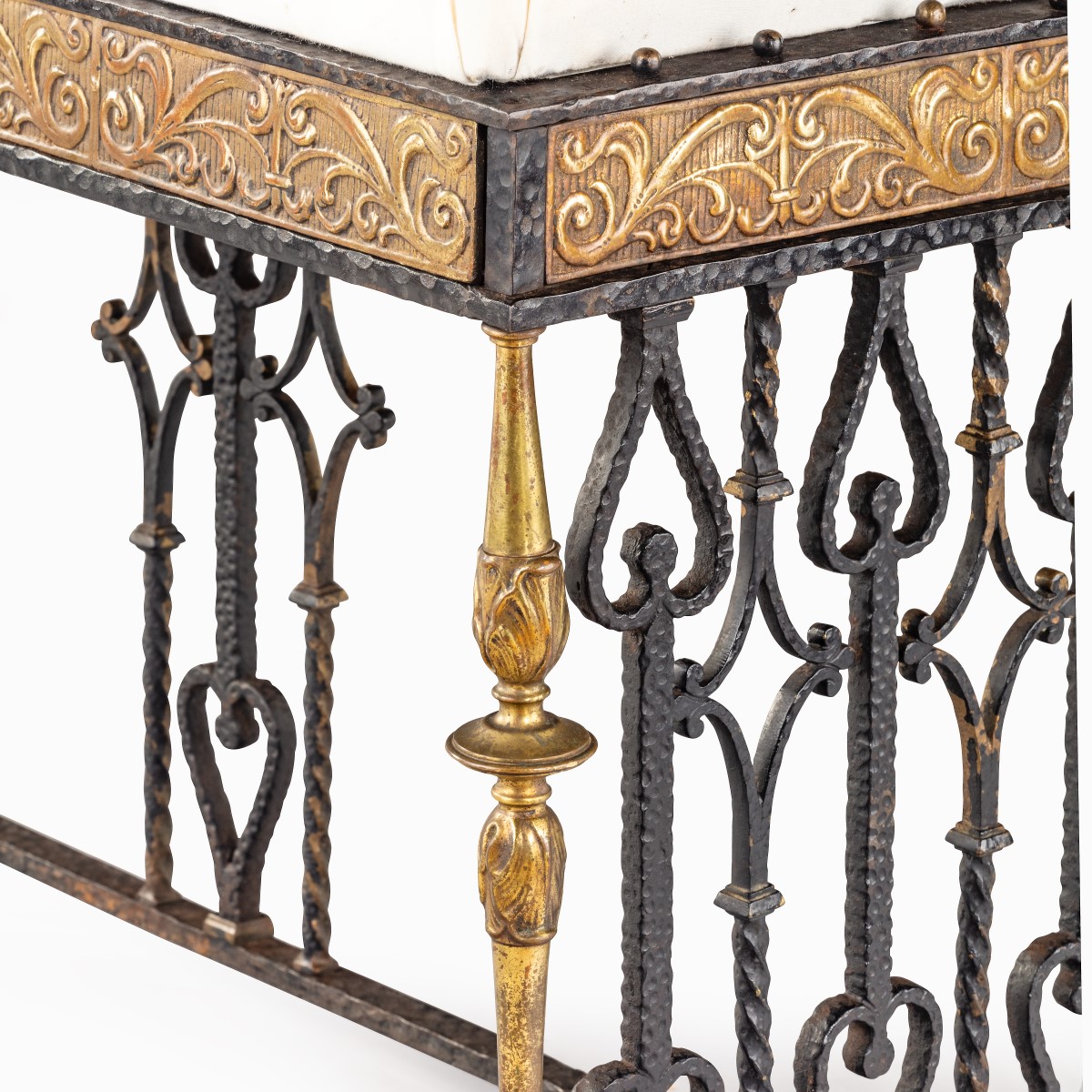 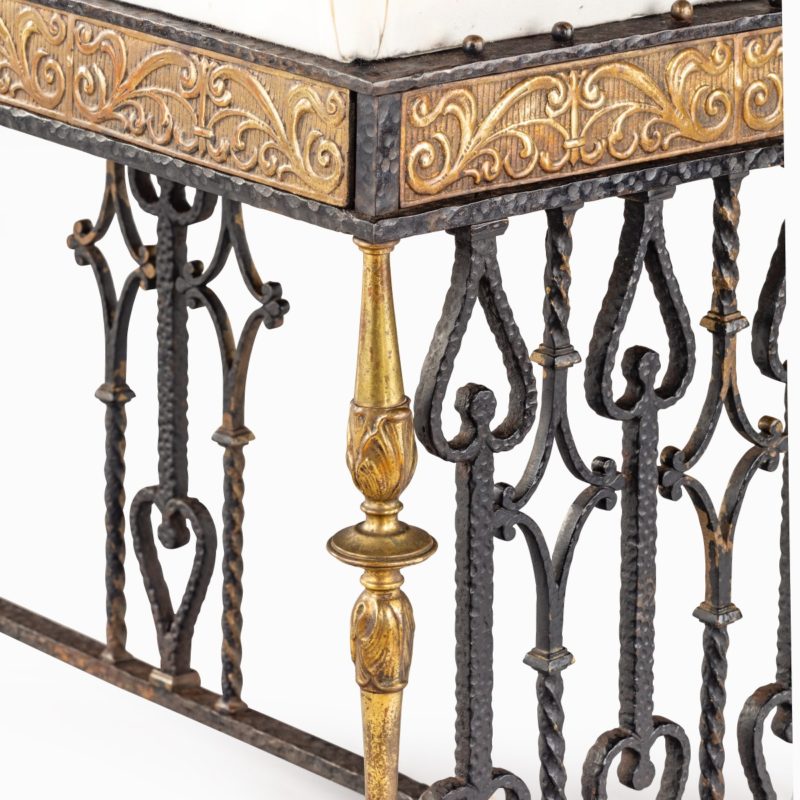 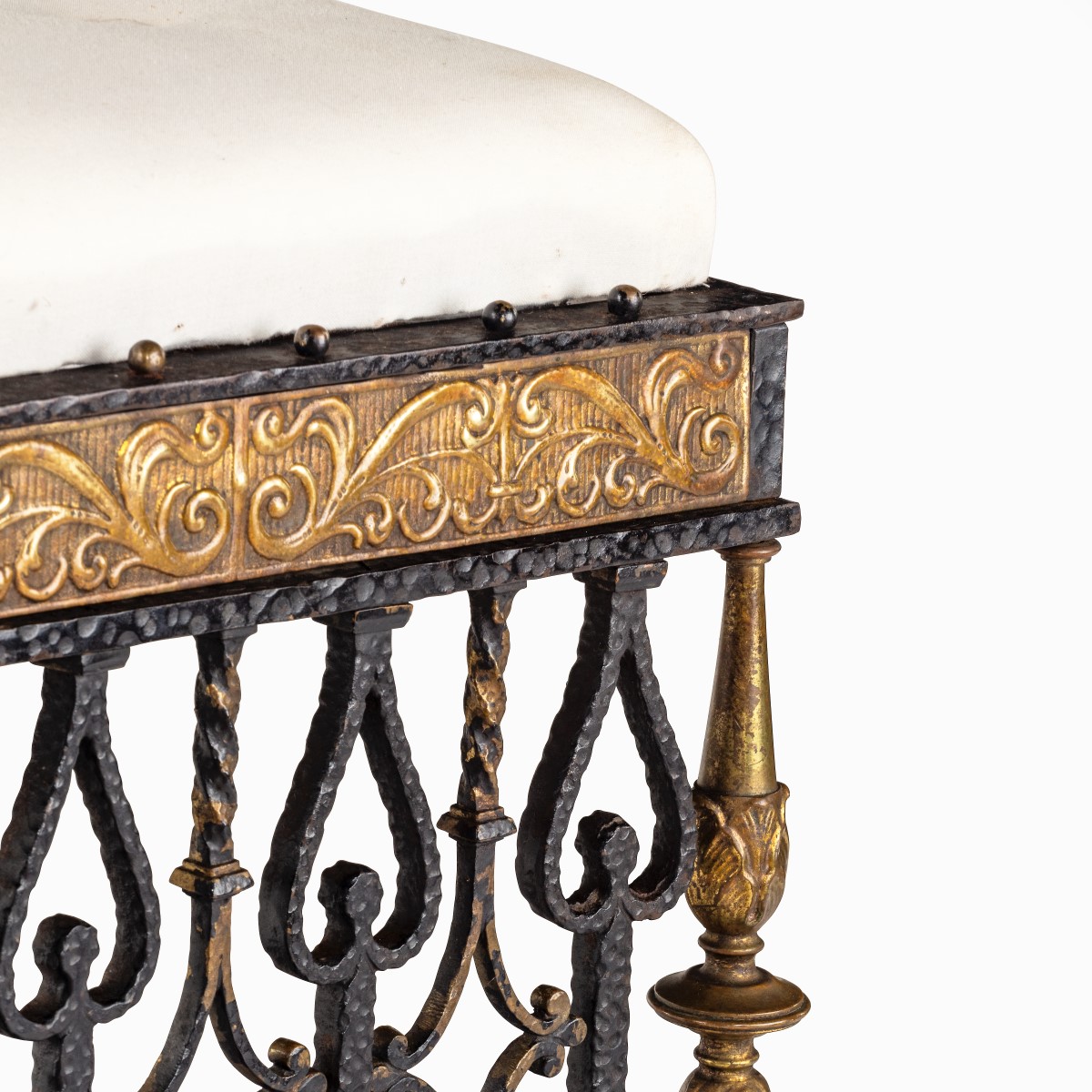 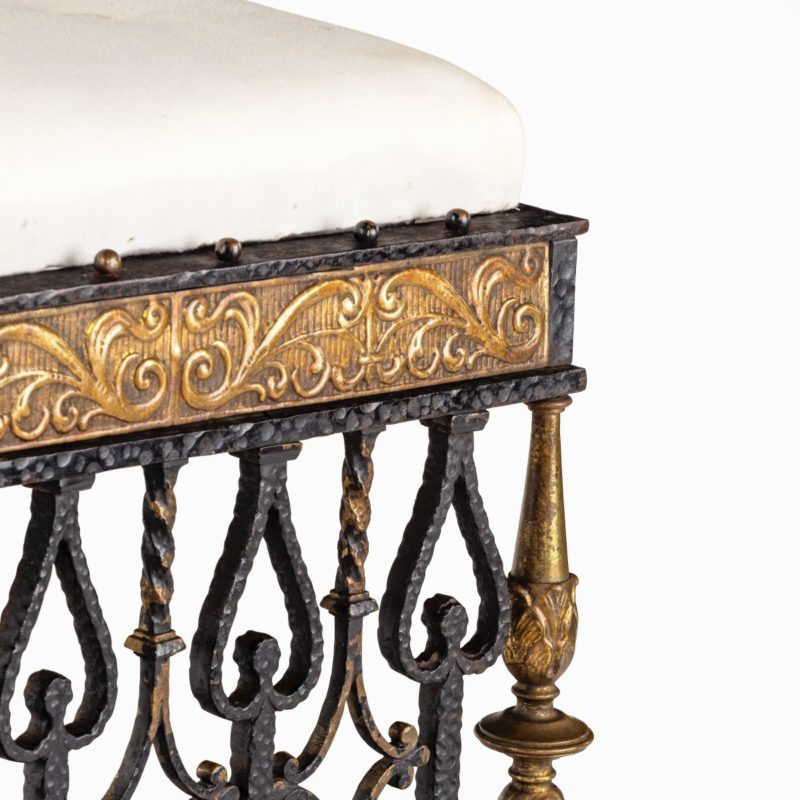 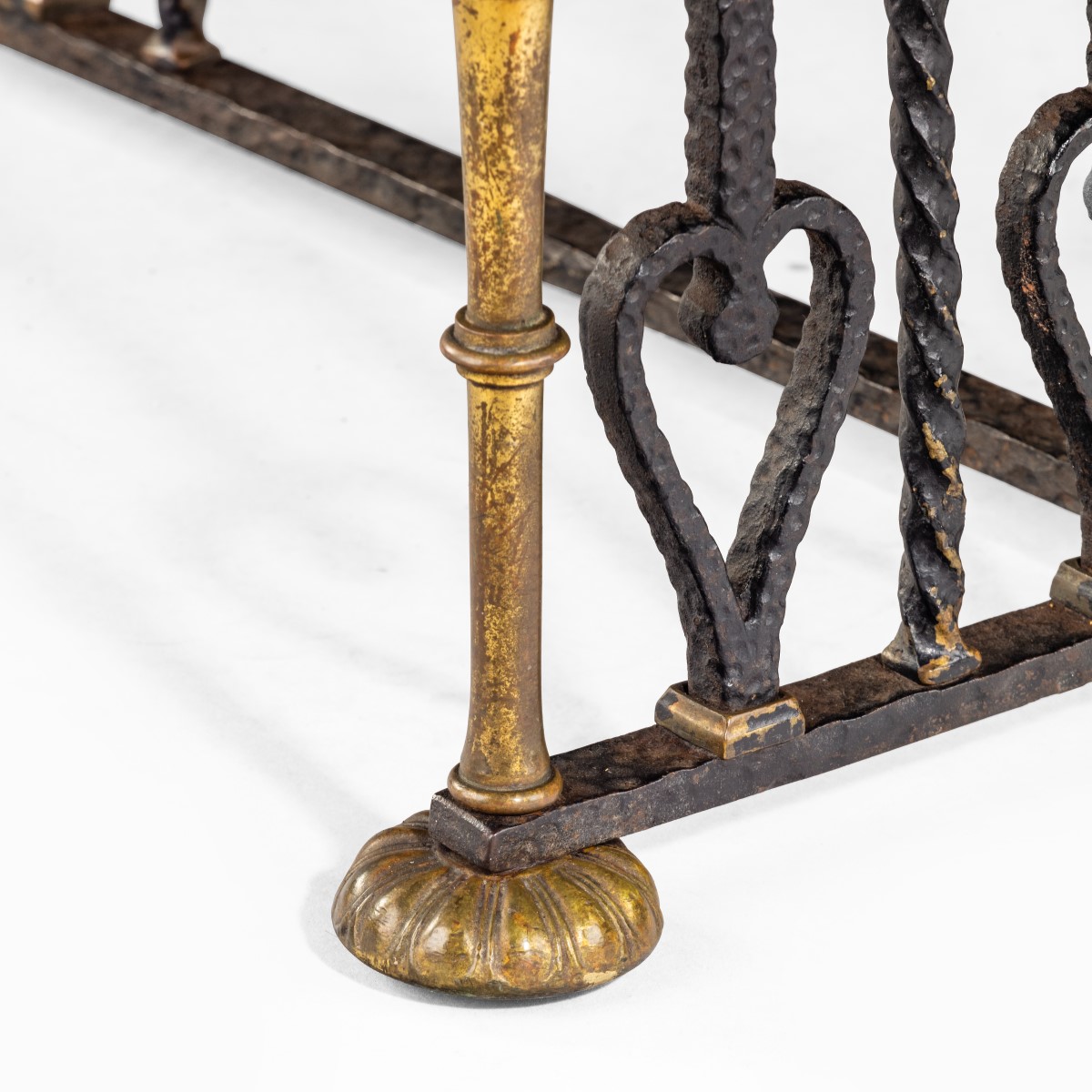 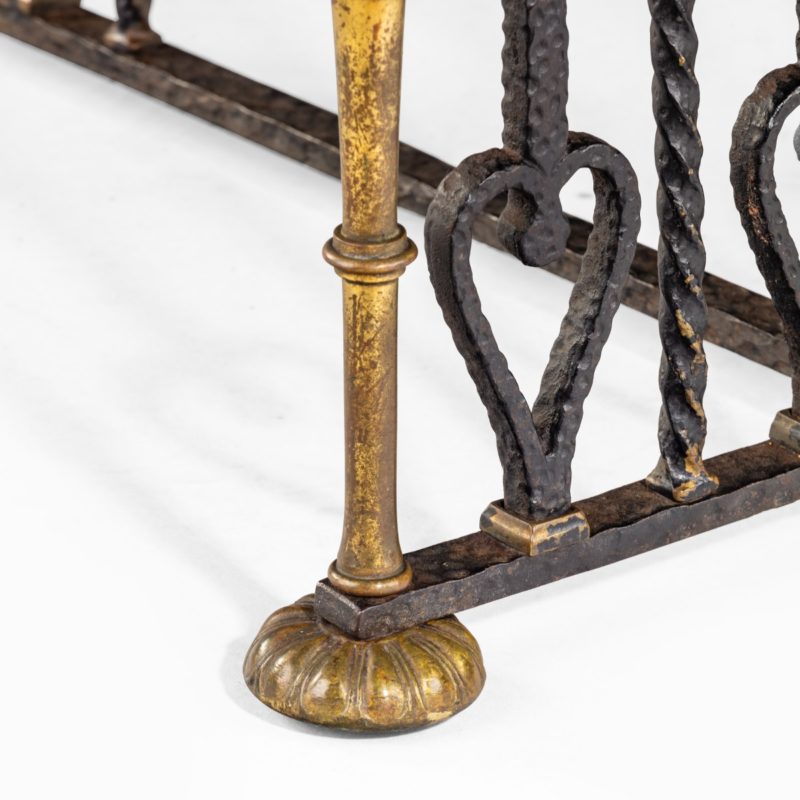 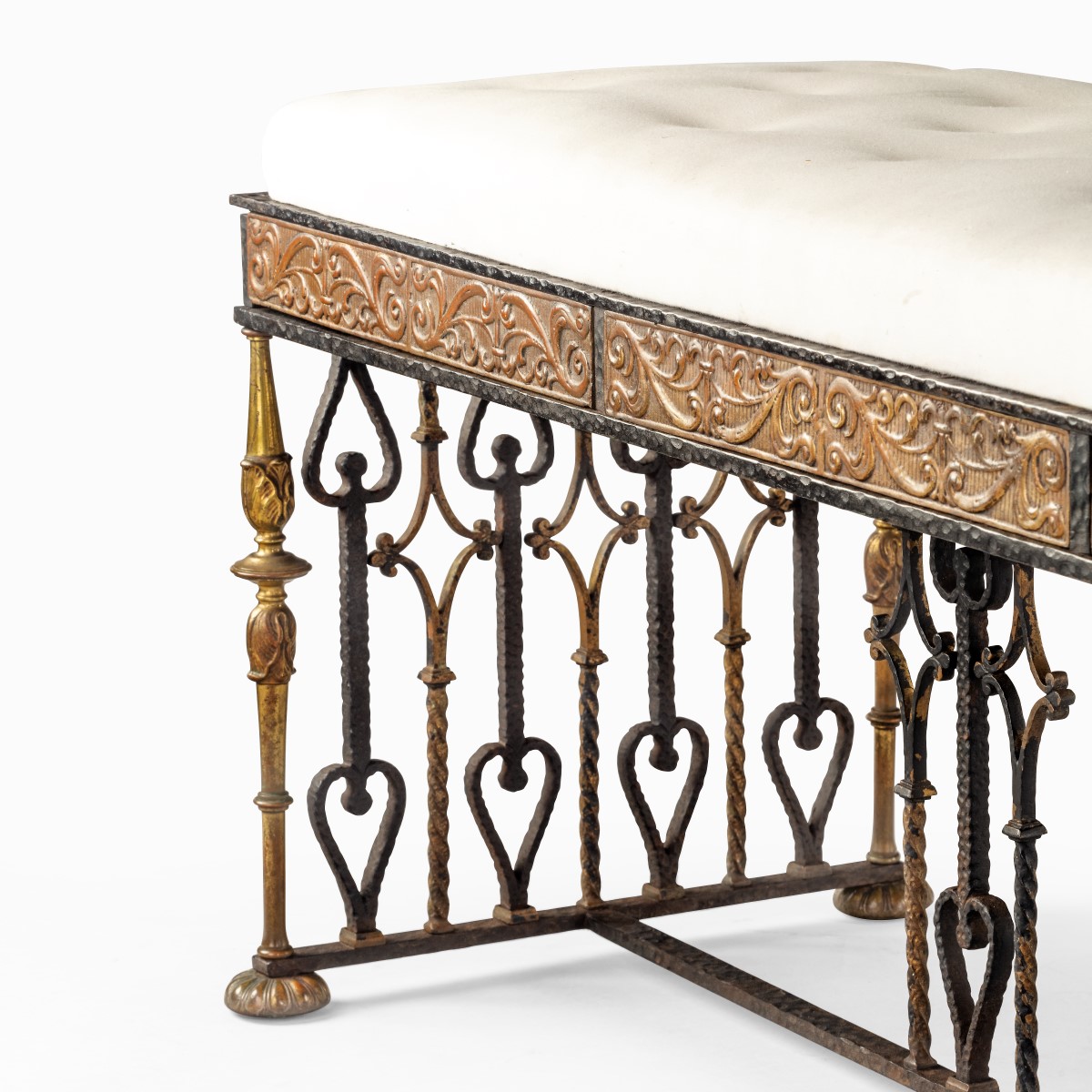 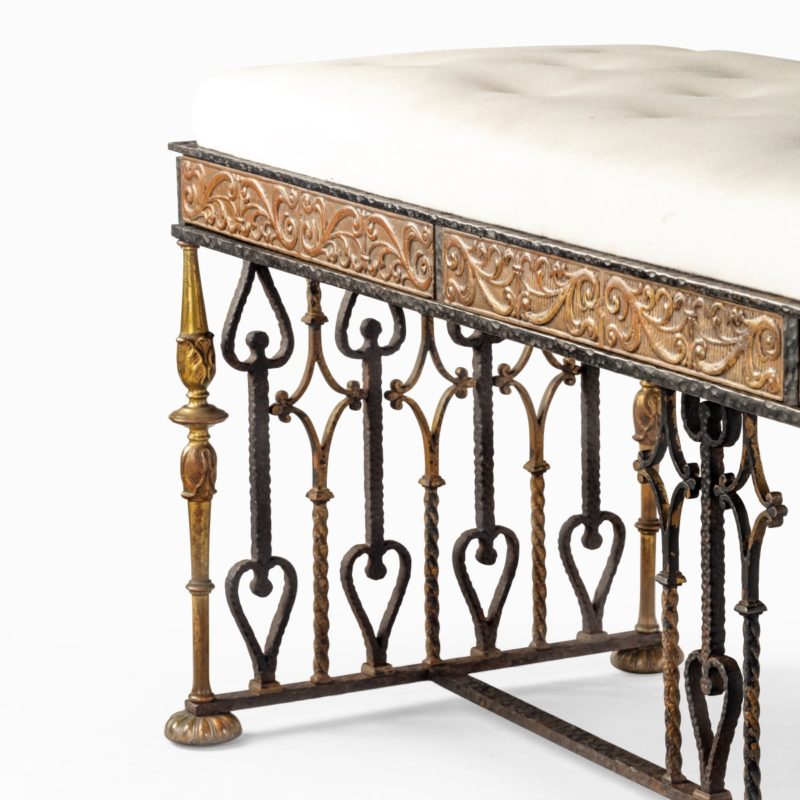 Footnote: Oscar Bruno Bach (1884 -1957) was born in Germany.  He was one of the most technically skilled and commercially successful decorative metalwork craftsman of the early 20th century. His output ranged from domestic to architectural pieces in styles as varied as Arts & Crafts, Gothic, Renaissance, Spanish Baroque, Tudor Revival and Art Deco. His recurring themes included the zodiac, scrolling grapevines, classical and grotesque references and mythological symbols.  His work is in The Metropolitan Museum of Art, The Minneapolis Museum of Art and The Wolfsonian, Florida.  1911 was an eventful year as he won the Grand Prix at the World’s Exposition in Turin, Italy, for a bed designed for Kaiser Wilhelm II, and established a business in New York City with his brother, Max.