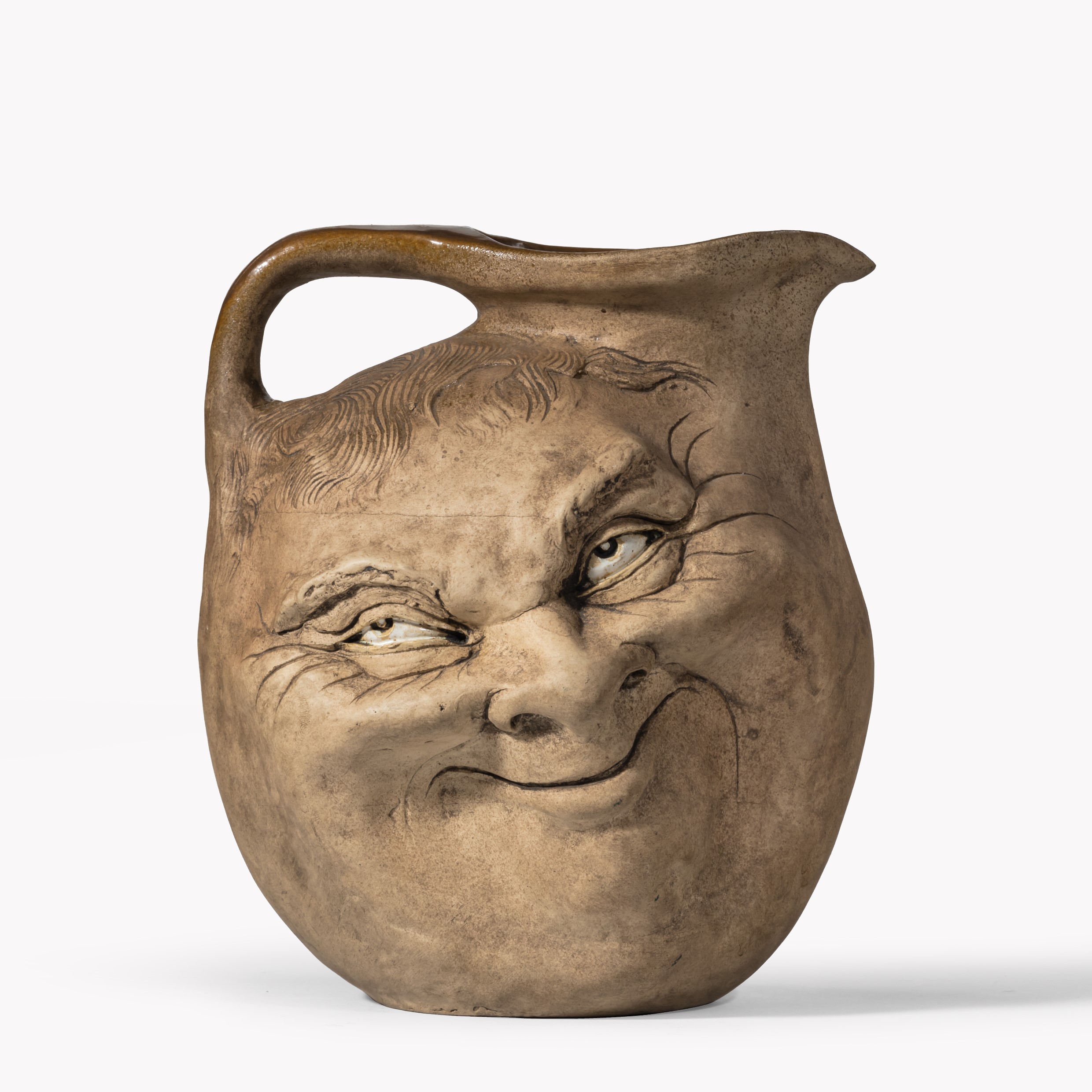 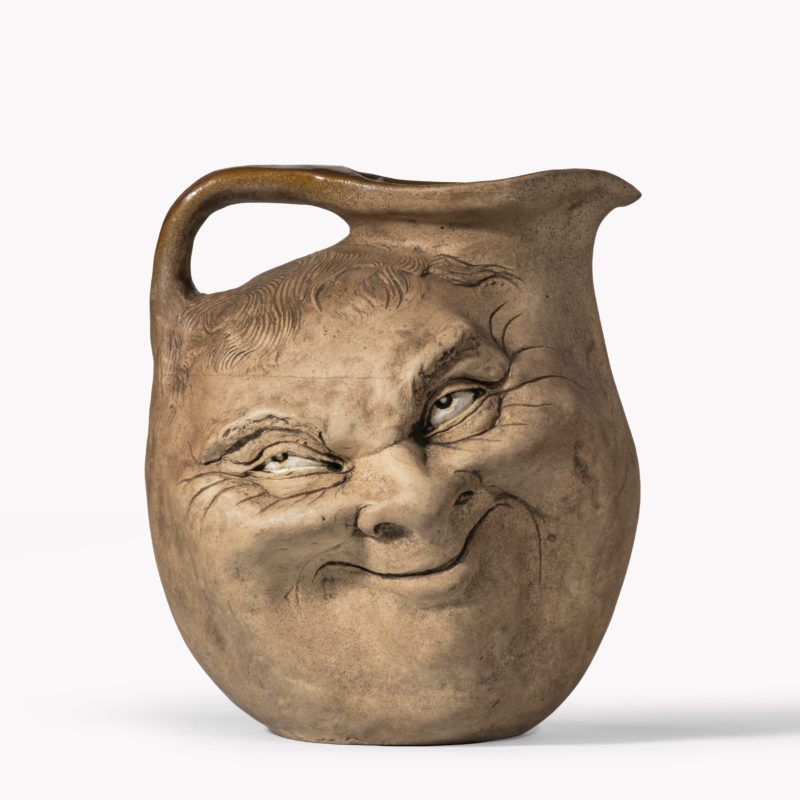 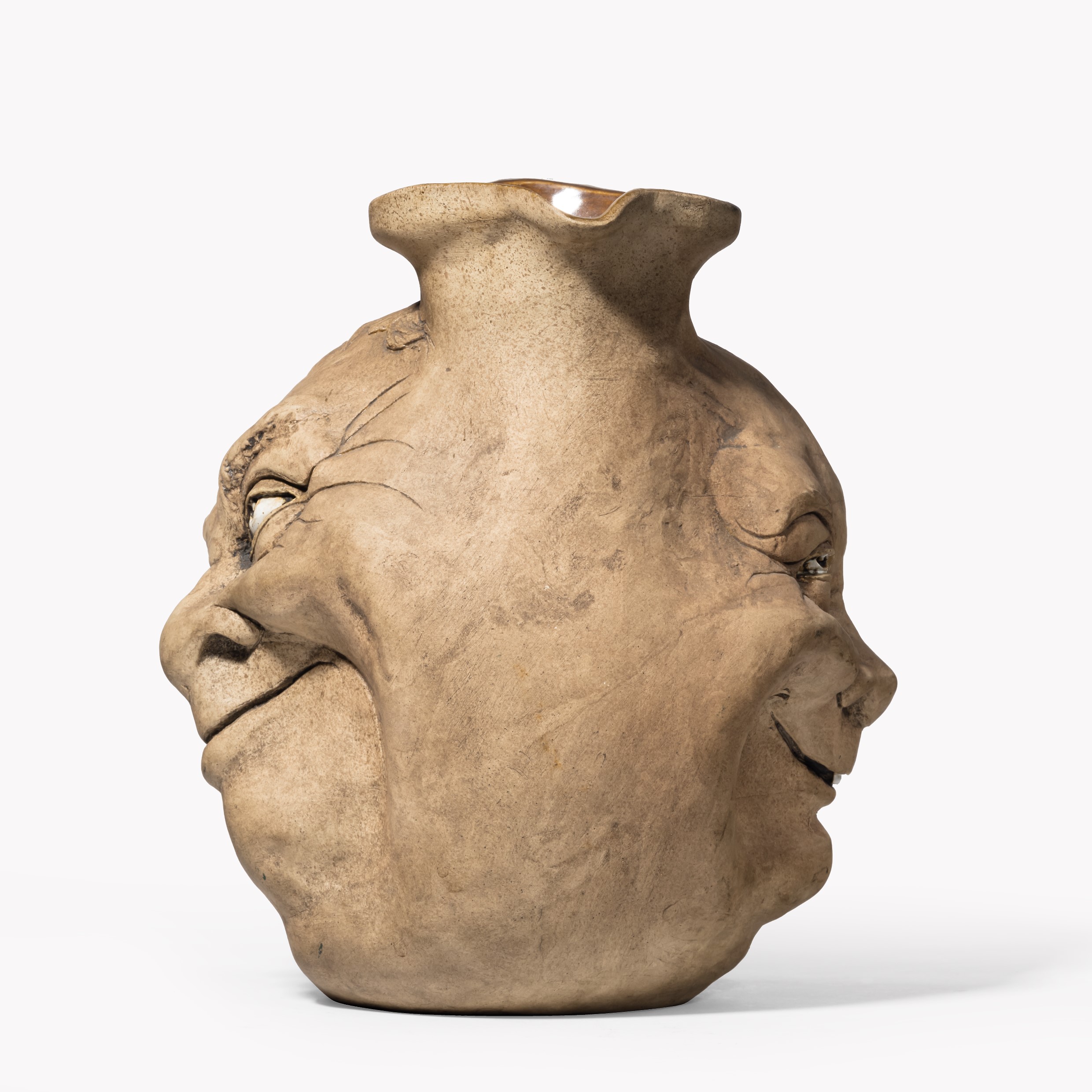 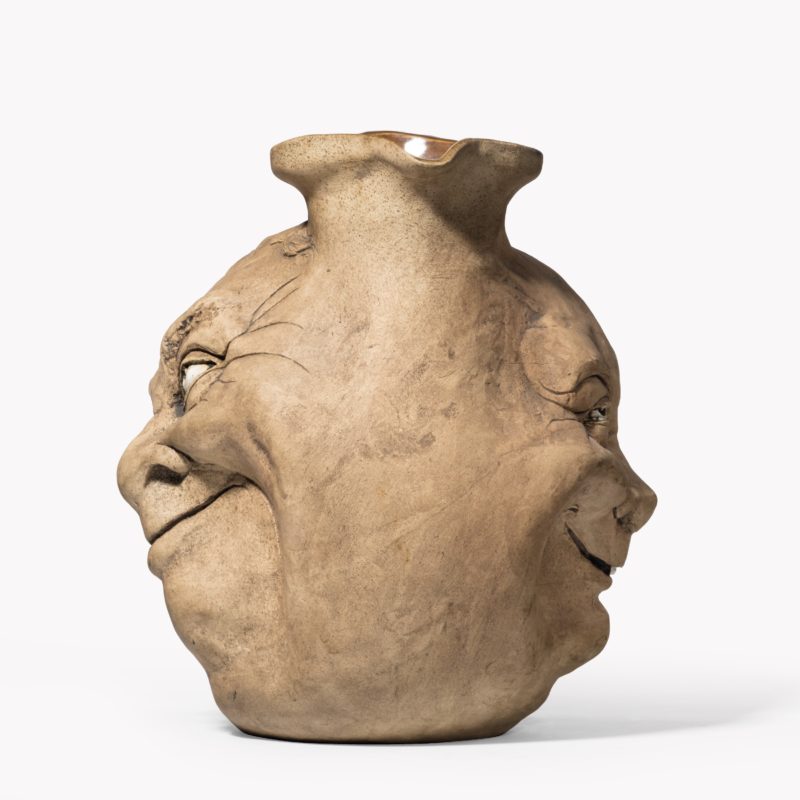 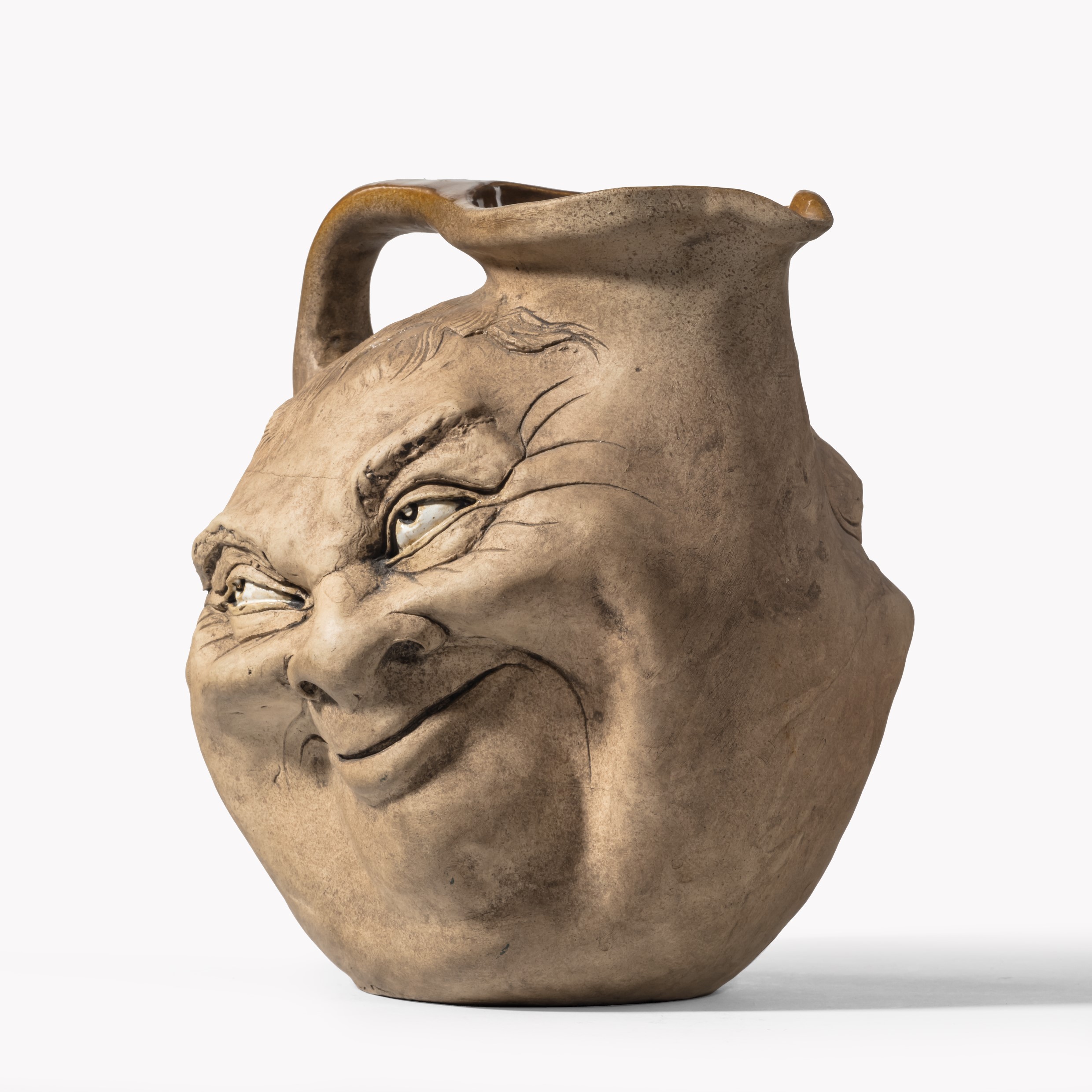 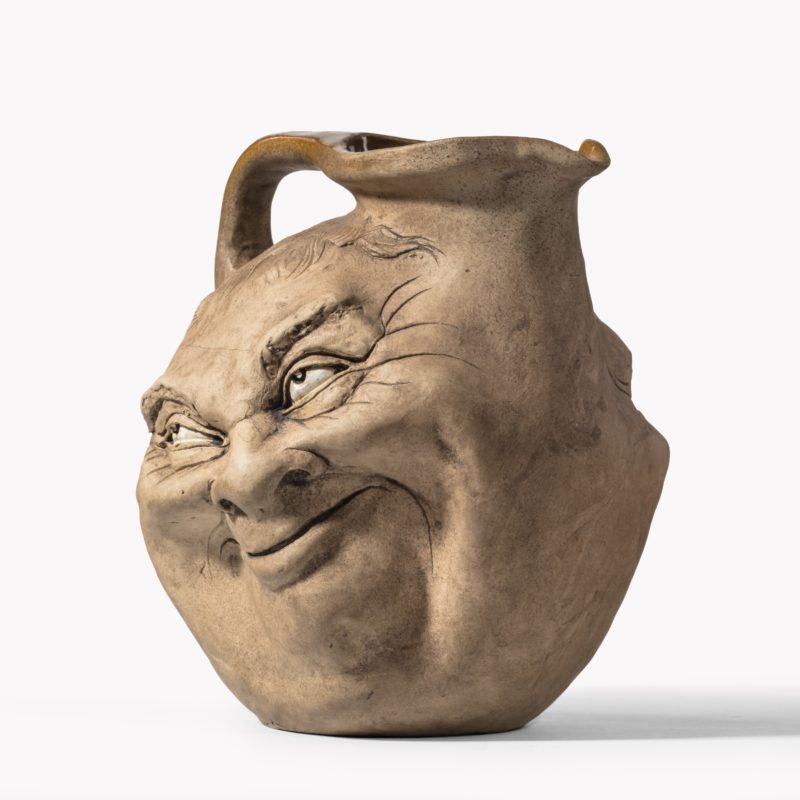 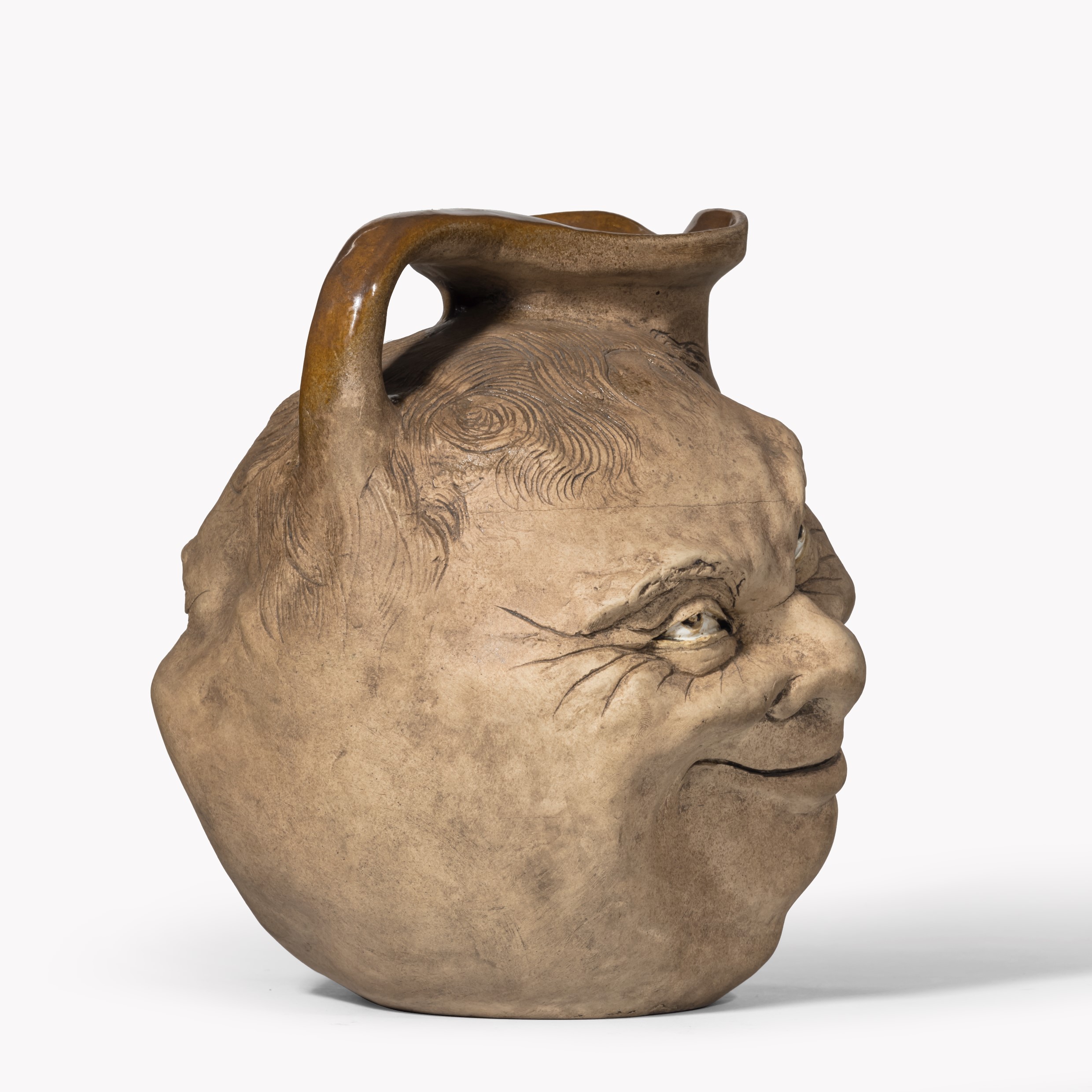 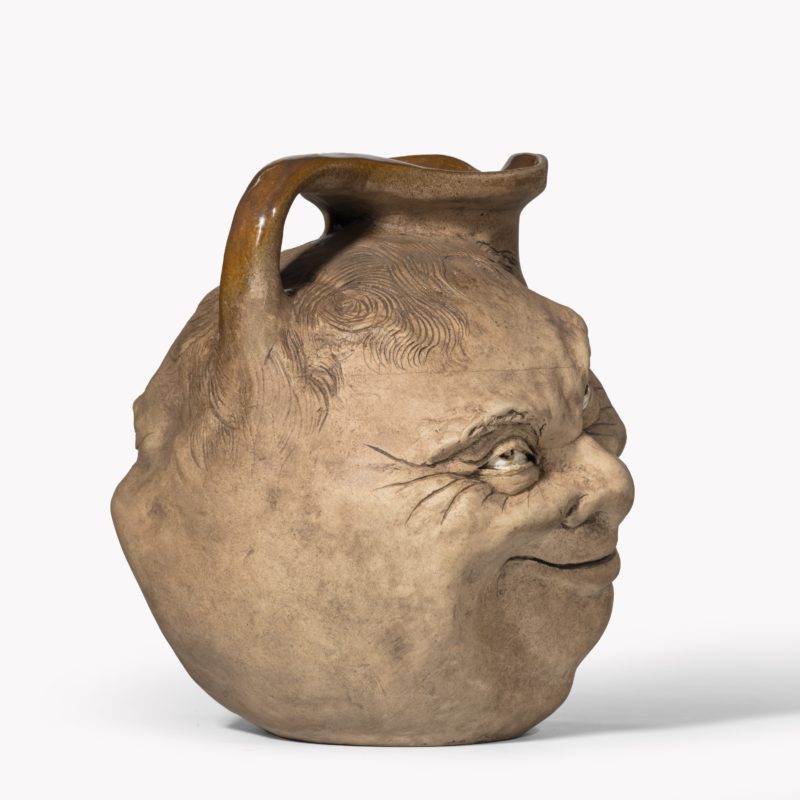 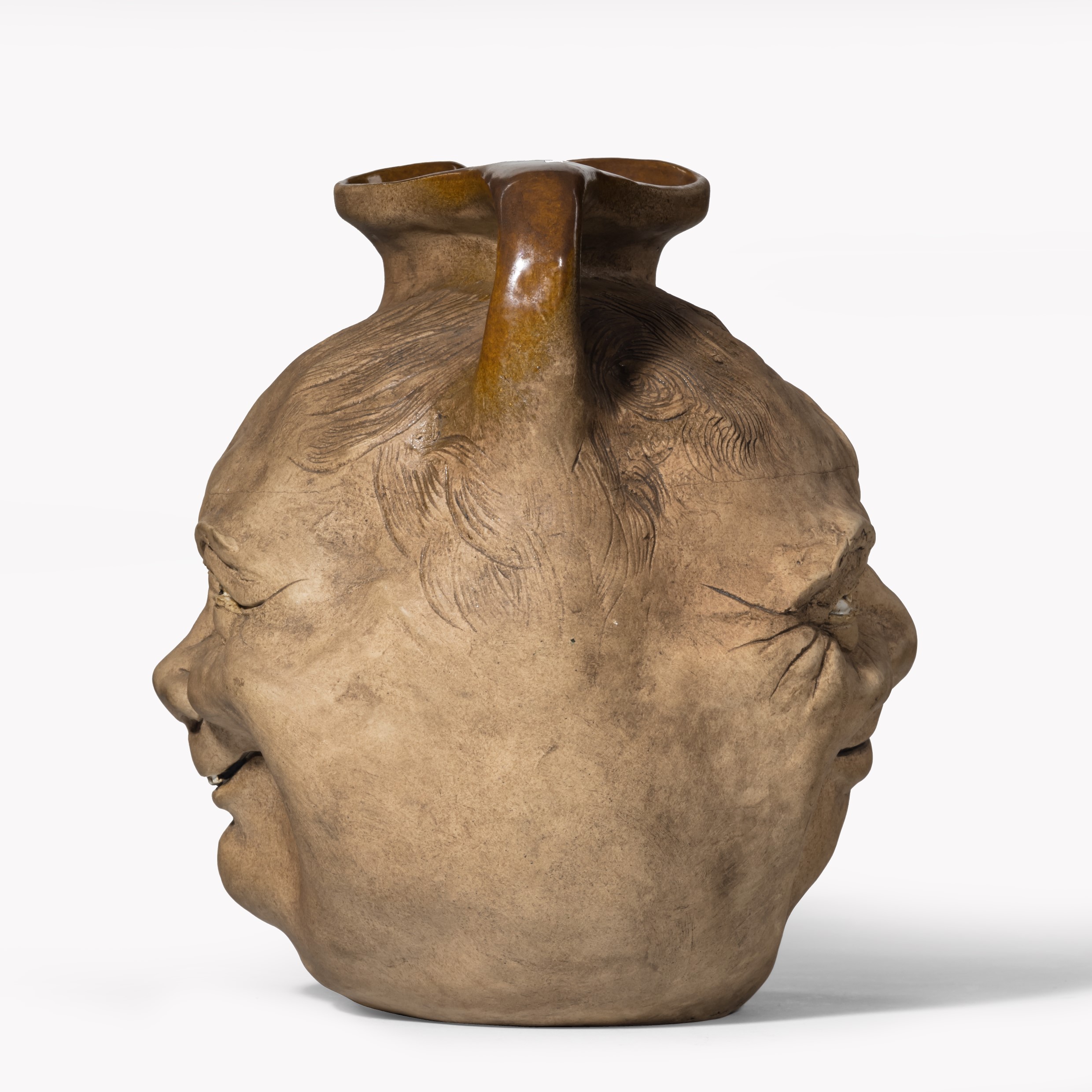 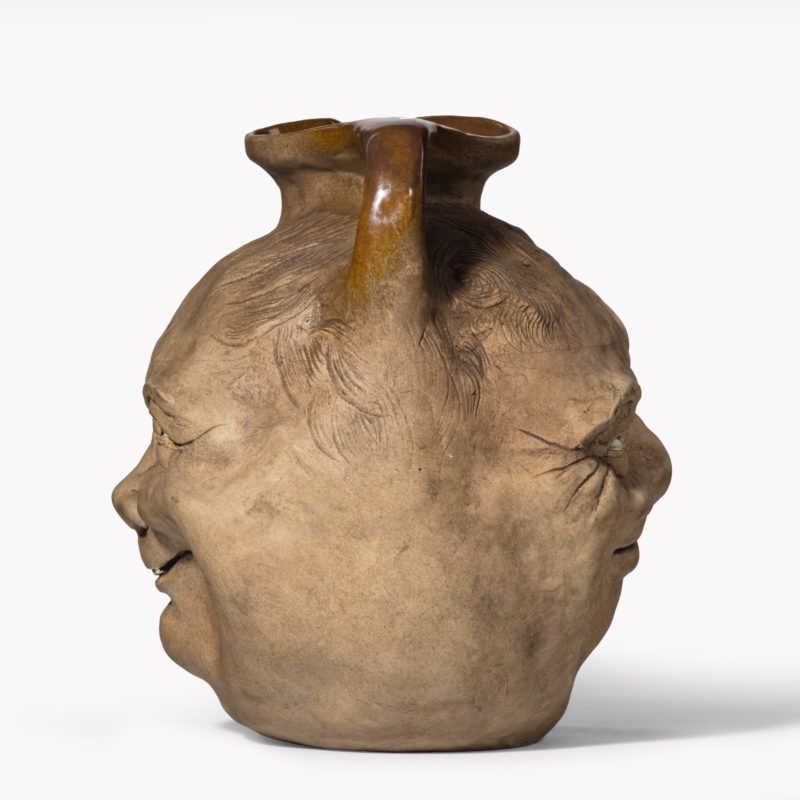 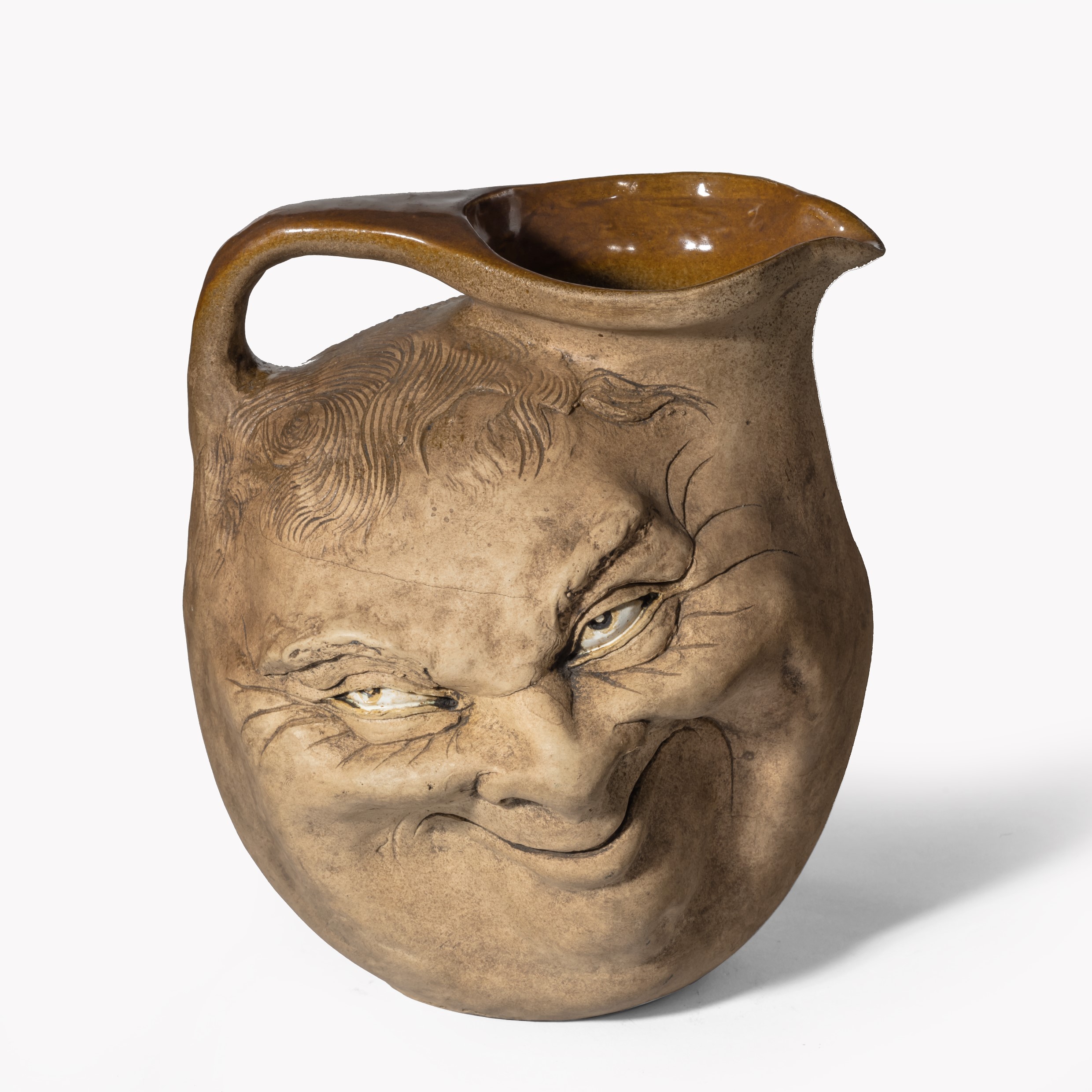 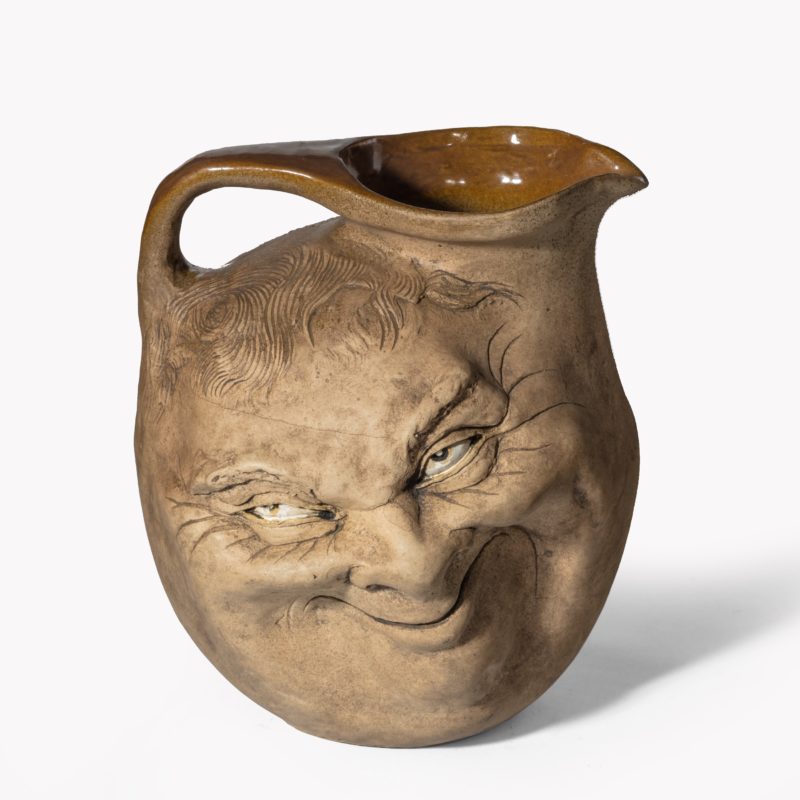 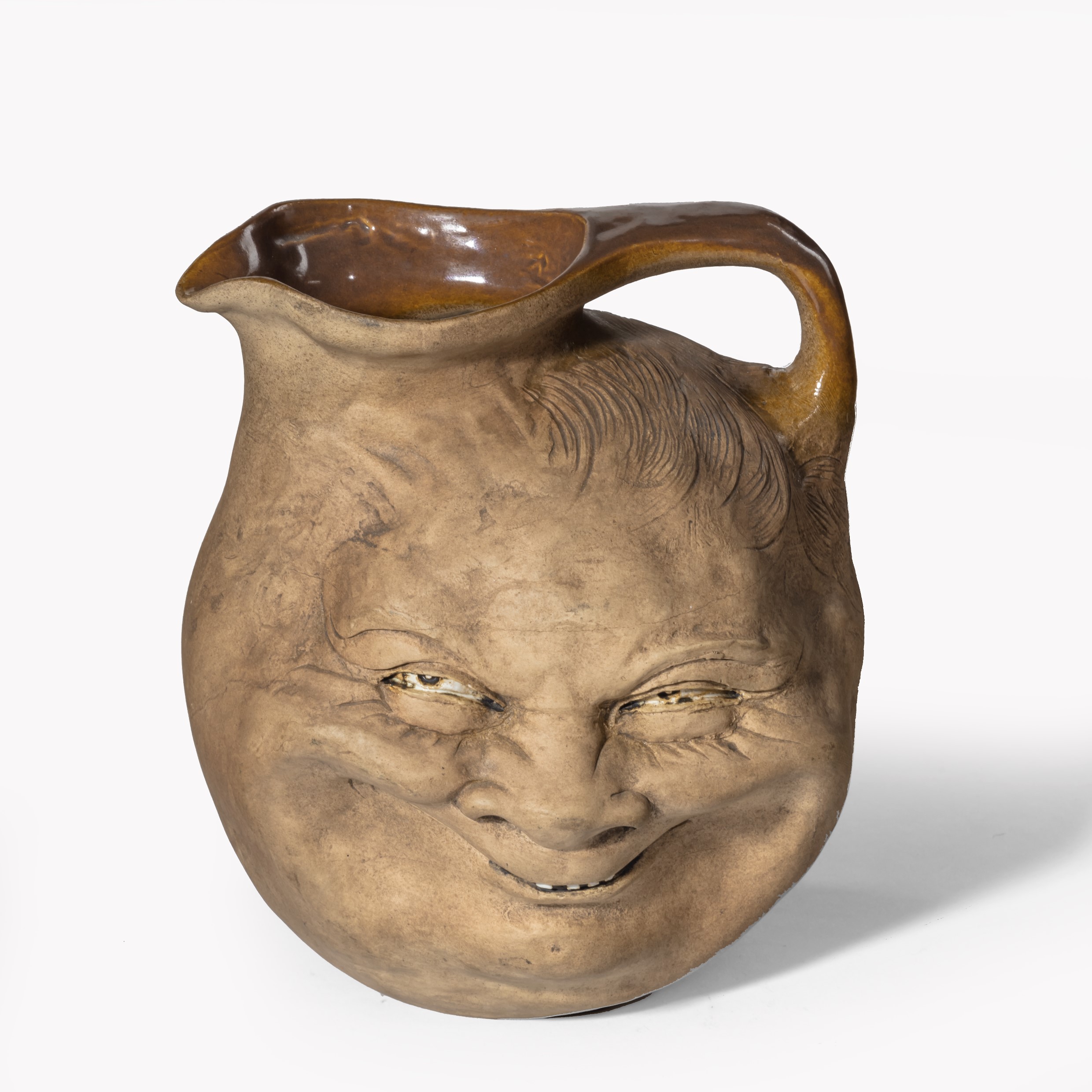 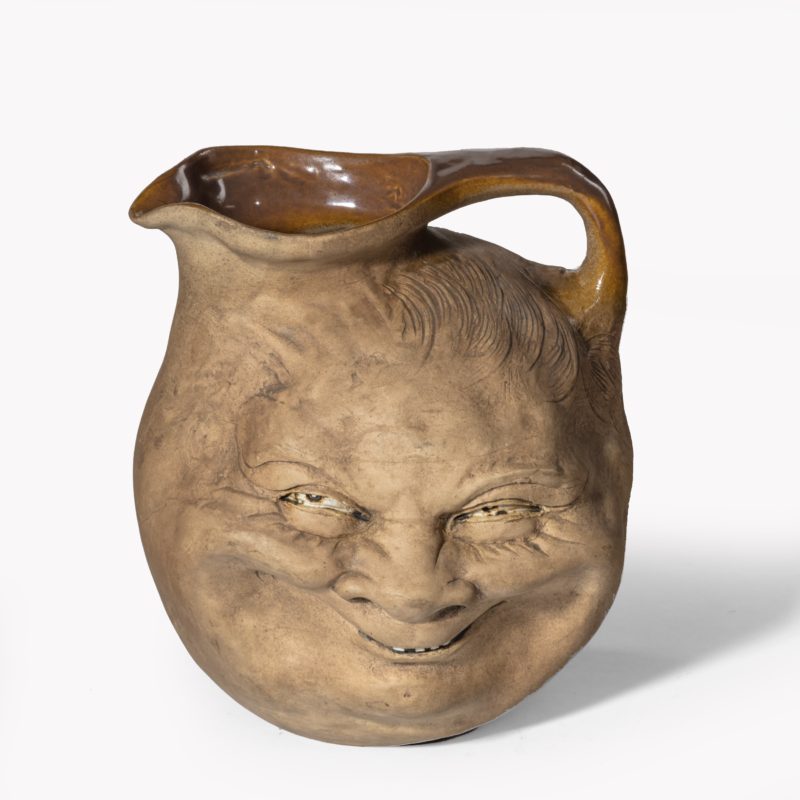 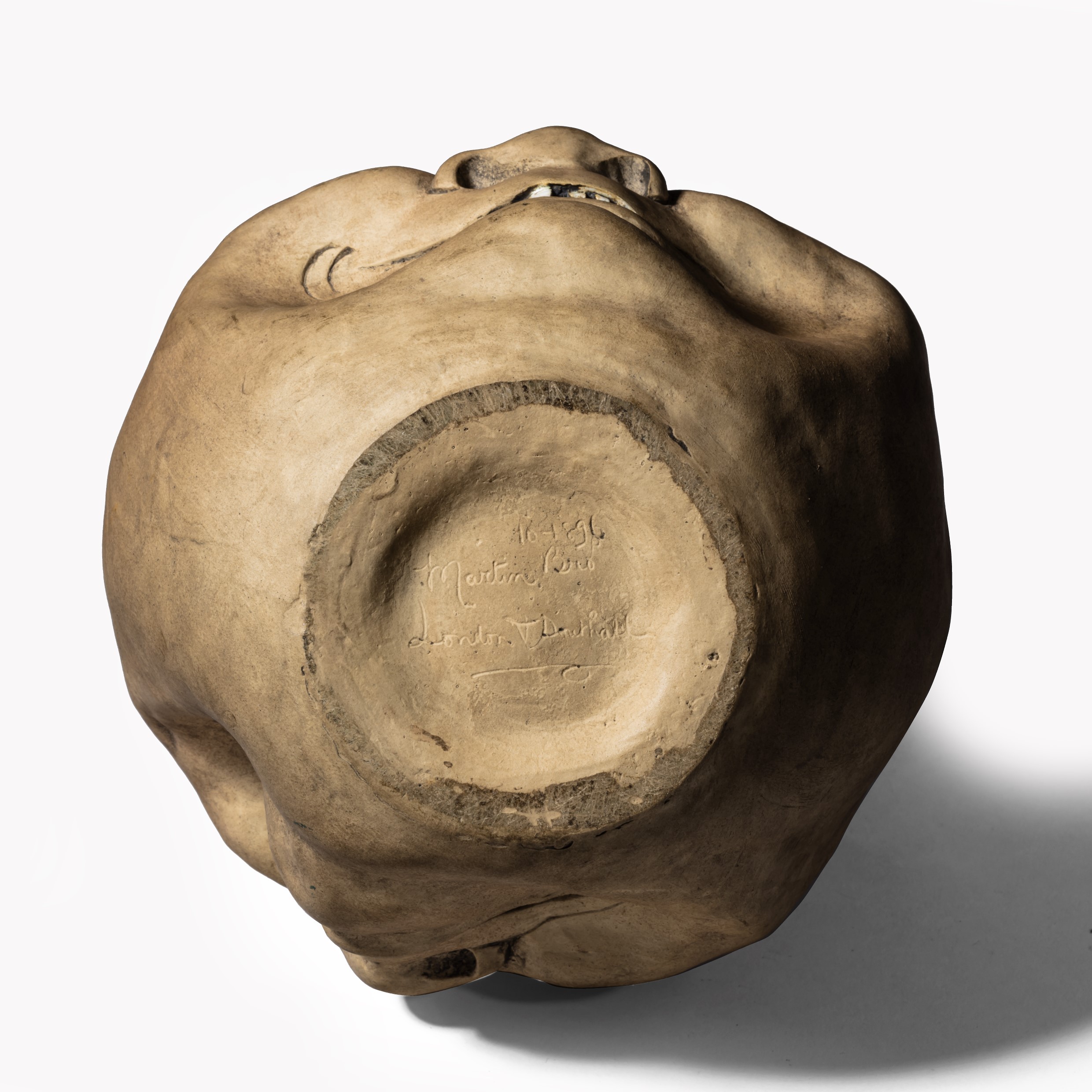 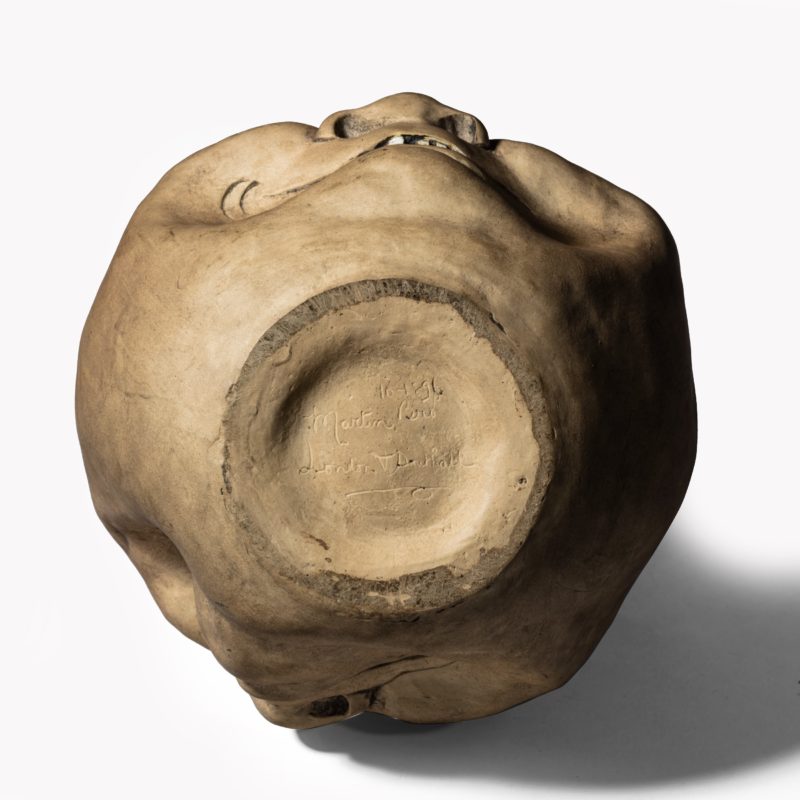 A Martinware double-sided stoneware pottery ‘face’ jug, dated 1896, of asymmetrical globular shape with a single handle, incised and salt-glazed on each side with a grinning face, one winking, the interior and handle glazed, signed ’10 1896, Martin Bros London & Southall’.  English, circa 1900.

Footnote:  There were four Martin brothers who produced a distinctive type of salt-glazed stoneware pottery in Fulham, London, from 1873 to 1914.  Robert Wallace (1843–1923), an architectural sculptor, founded the business.  Walter Fraser (1857-1912) supplied the technical expertise, specializing in pieces turned on the wheel and coloured glazes, Edwin Bruce (1860-1915) was the thrower and decorator and Charles Douglas (1846-1910) managed the shop, which opened in 1878 at 16 Brownlow St, High Holborn.  Both Walter and Edwin Martin had worked for a time at the Royal Doulton Pottery in Lambeth which influenced their output.  Their ‘art pottery’ (now termed ‘studio pottery’) is also known as ‘Martinware’ and included vessels, tiles, bowls and figures.  Their most famous pieces were ‘grotesque’ bird jars, probably for storing tobacco, which were generally rather fierce-looking with over-sized beaks, feet and talons.