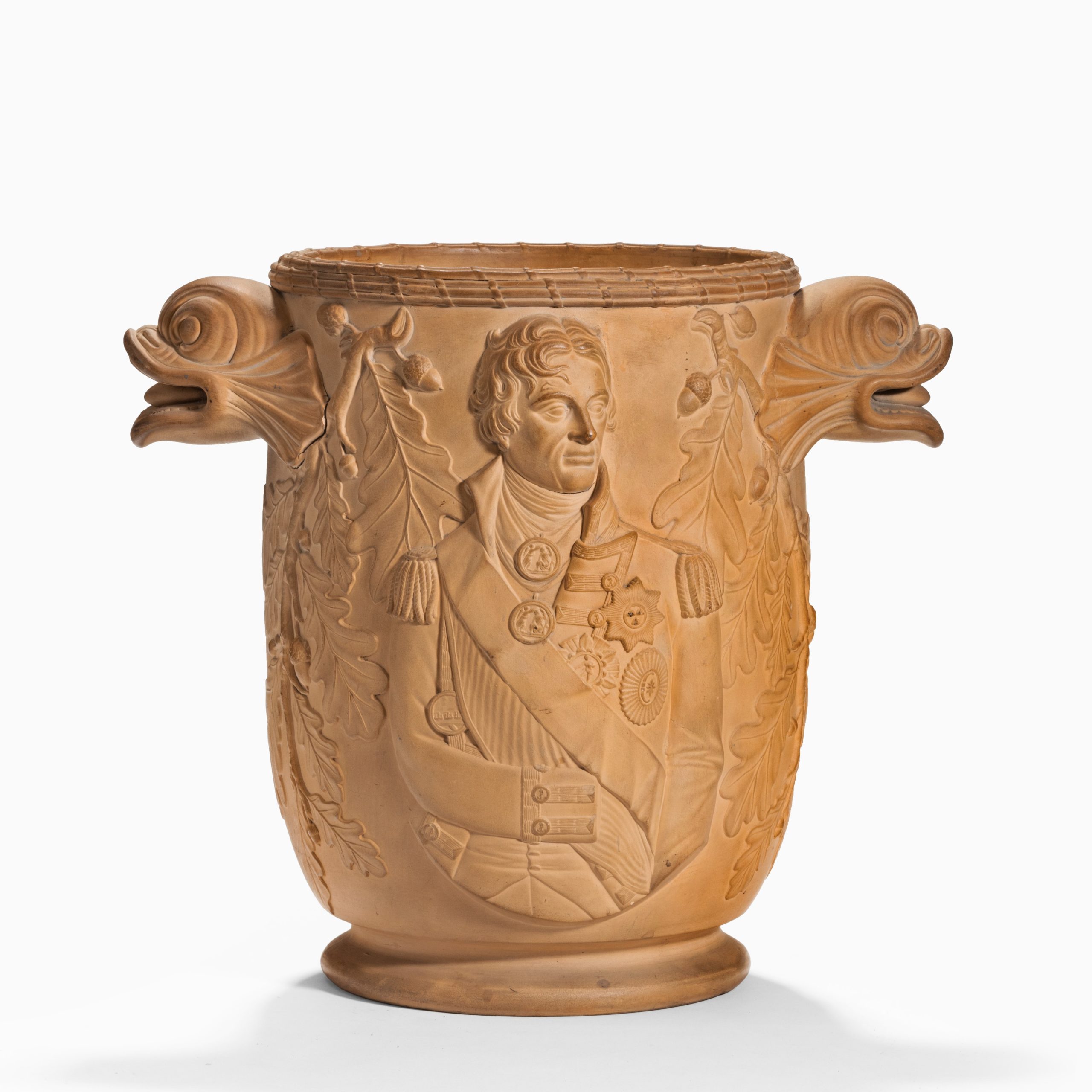 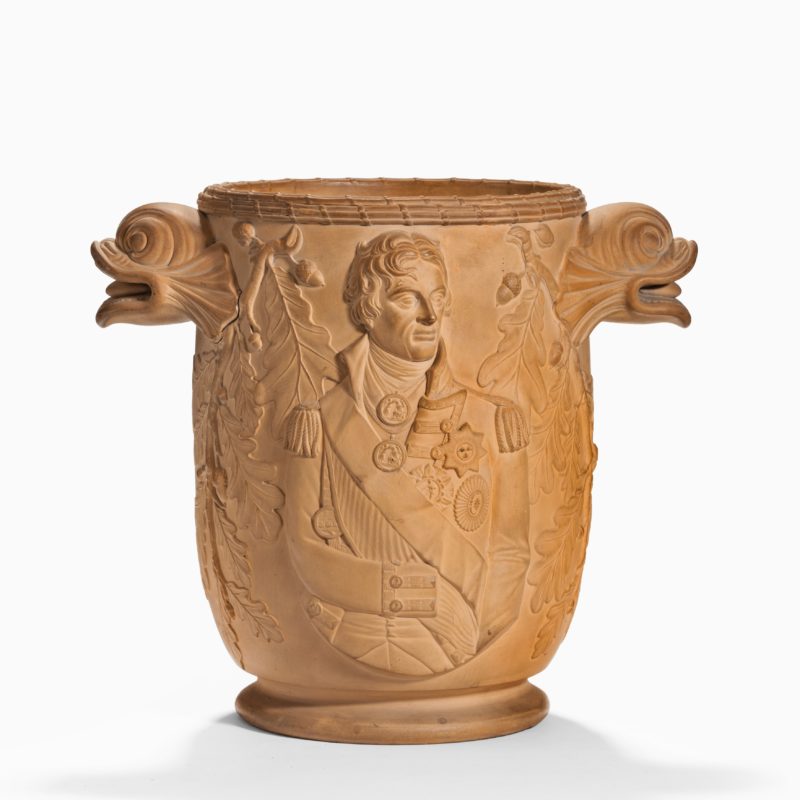 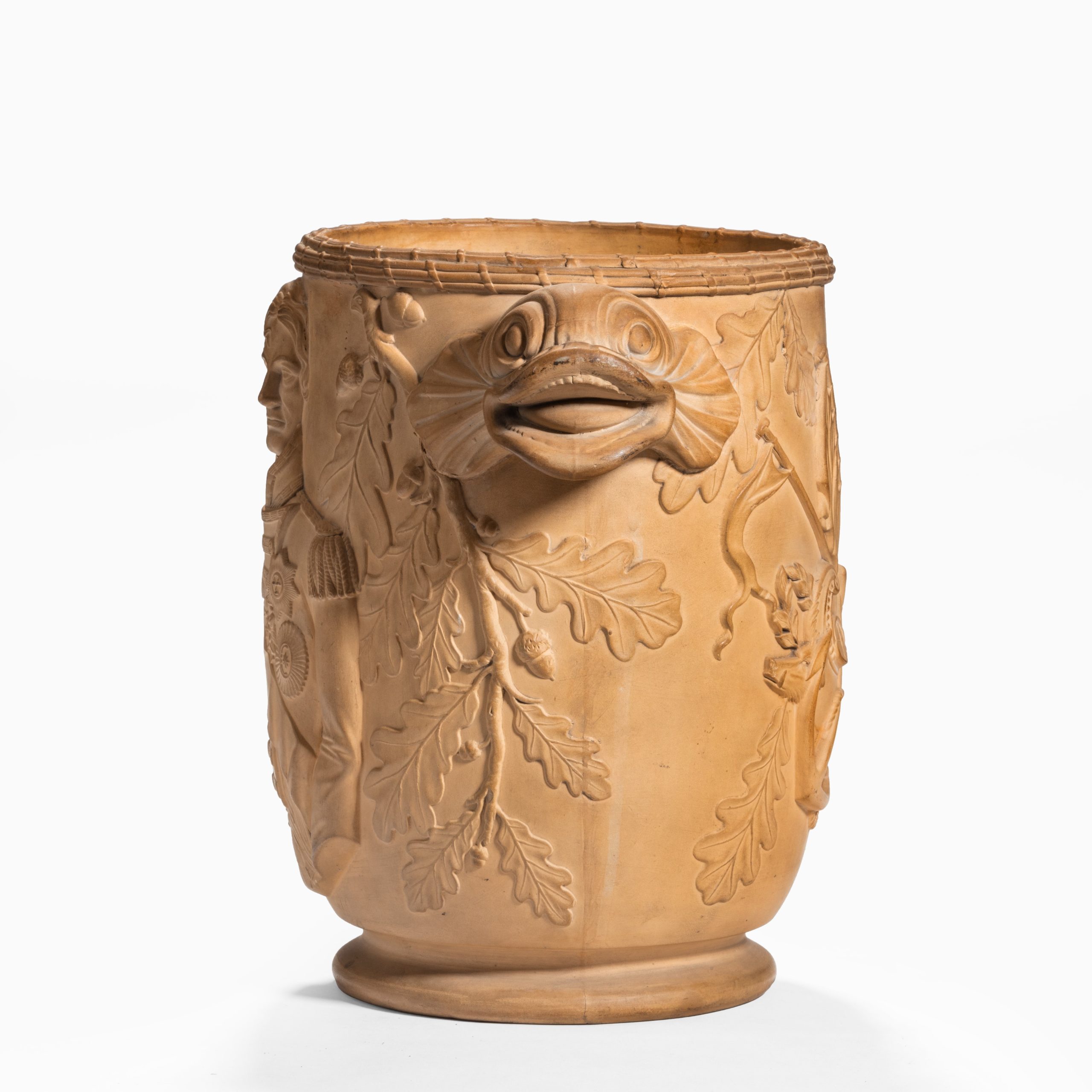 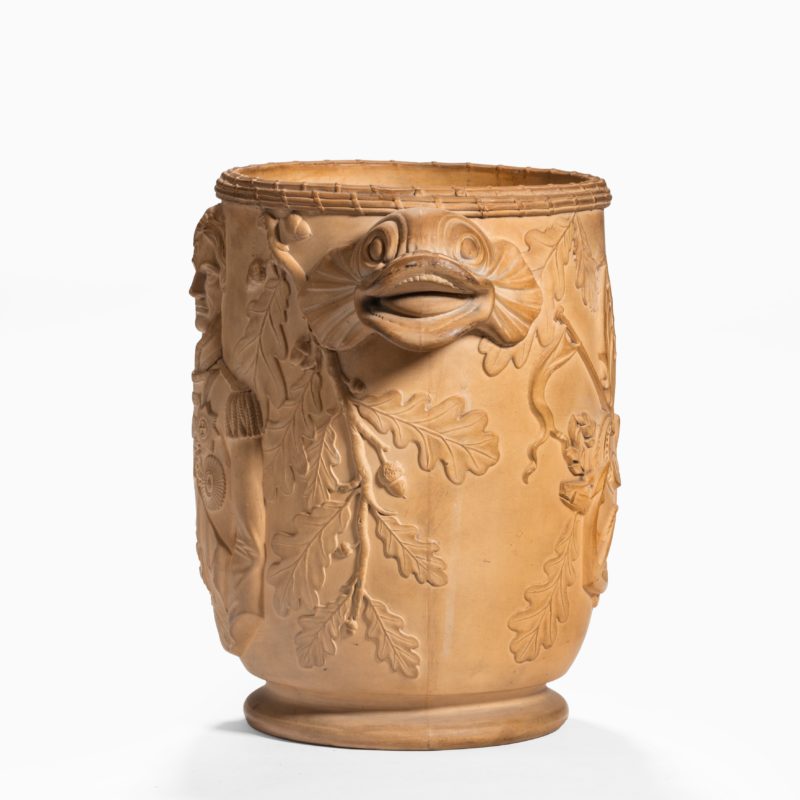 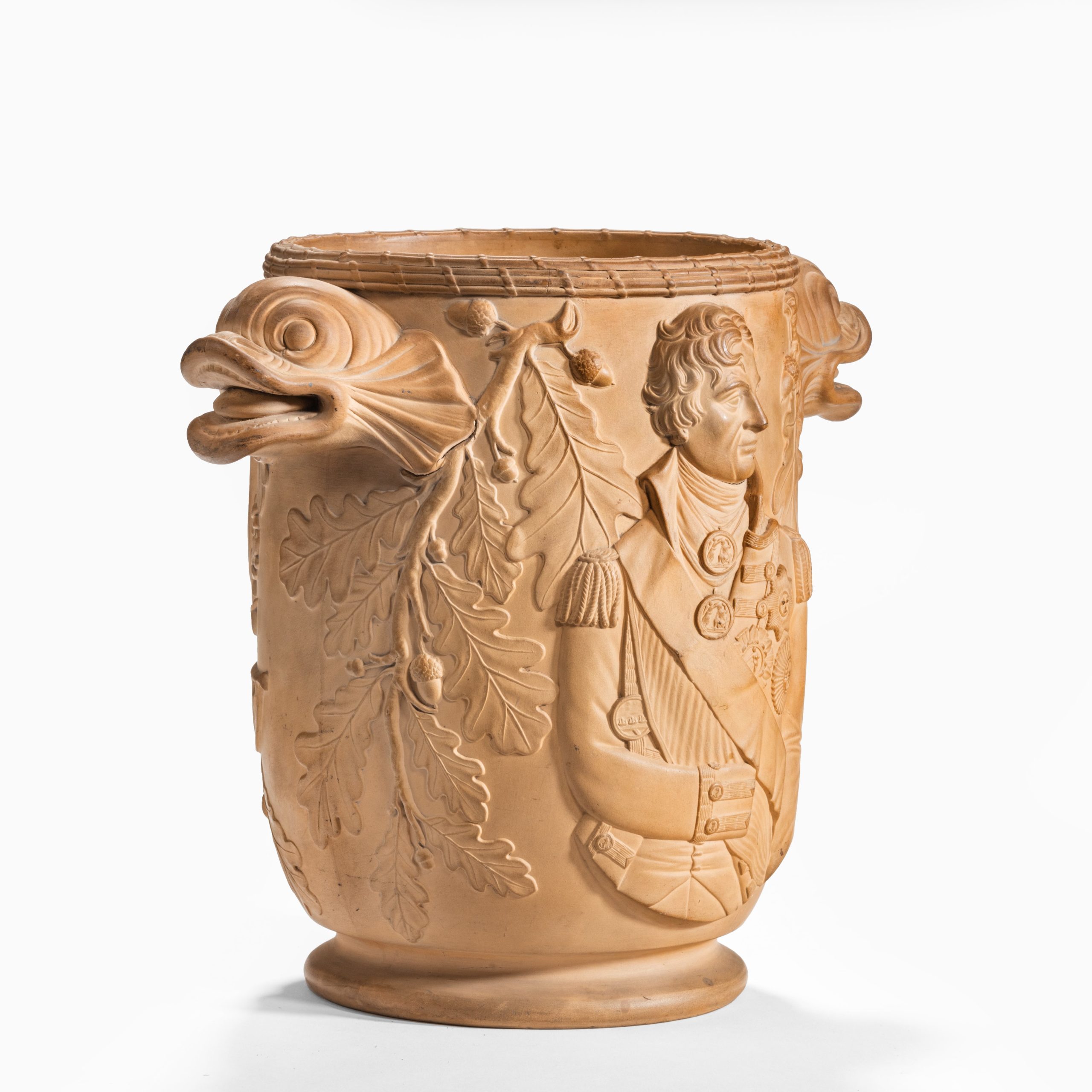 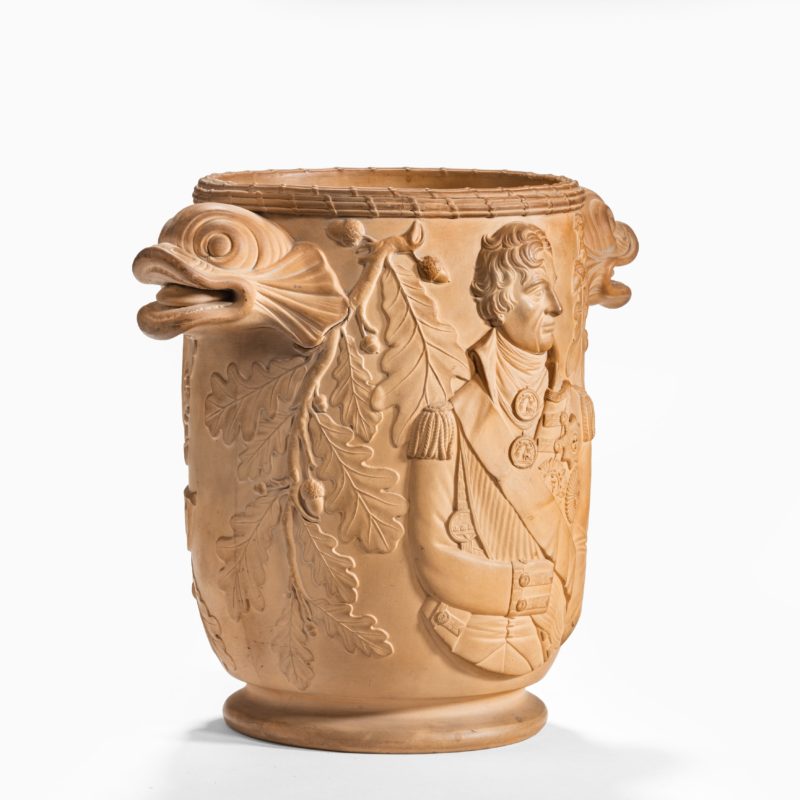 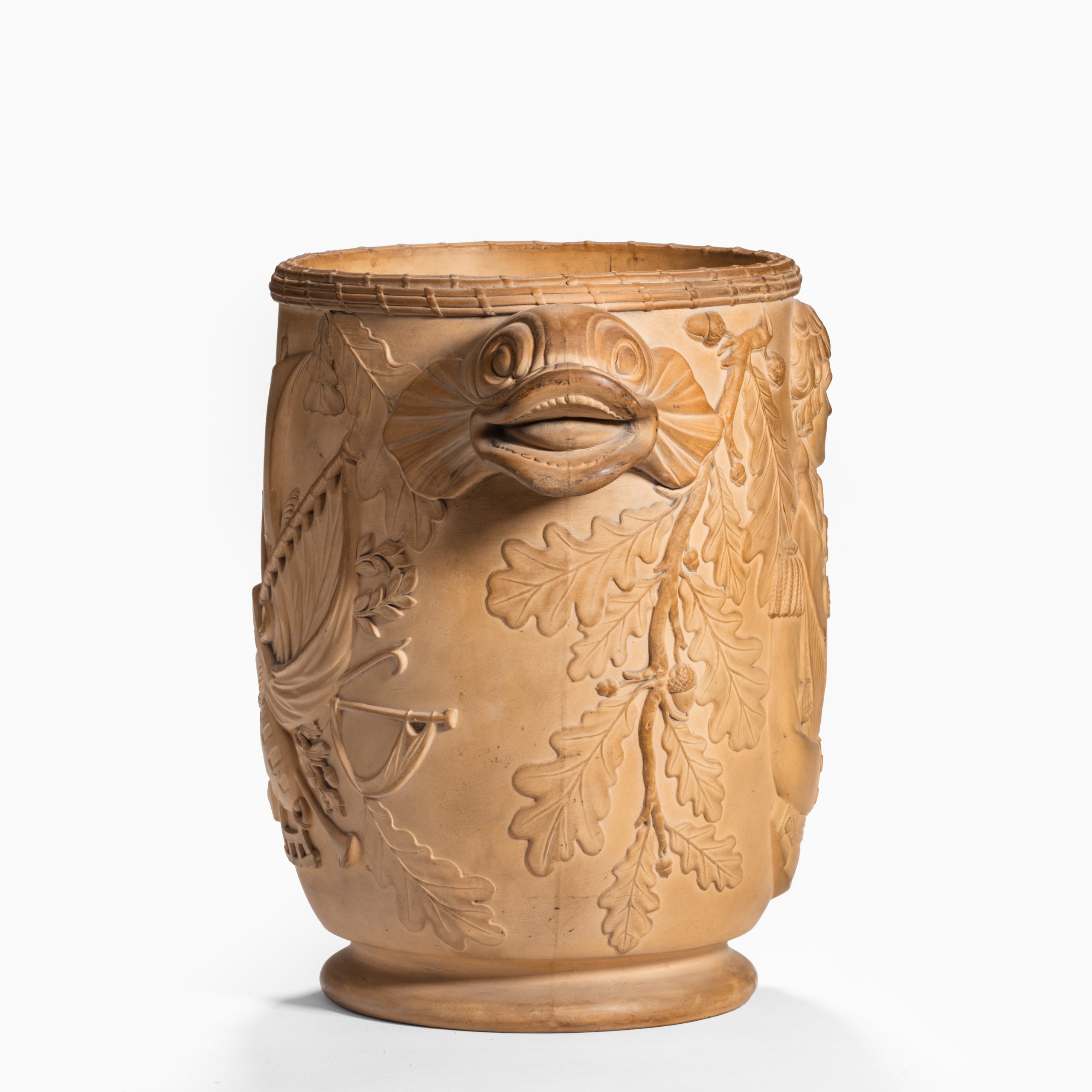 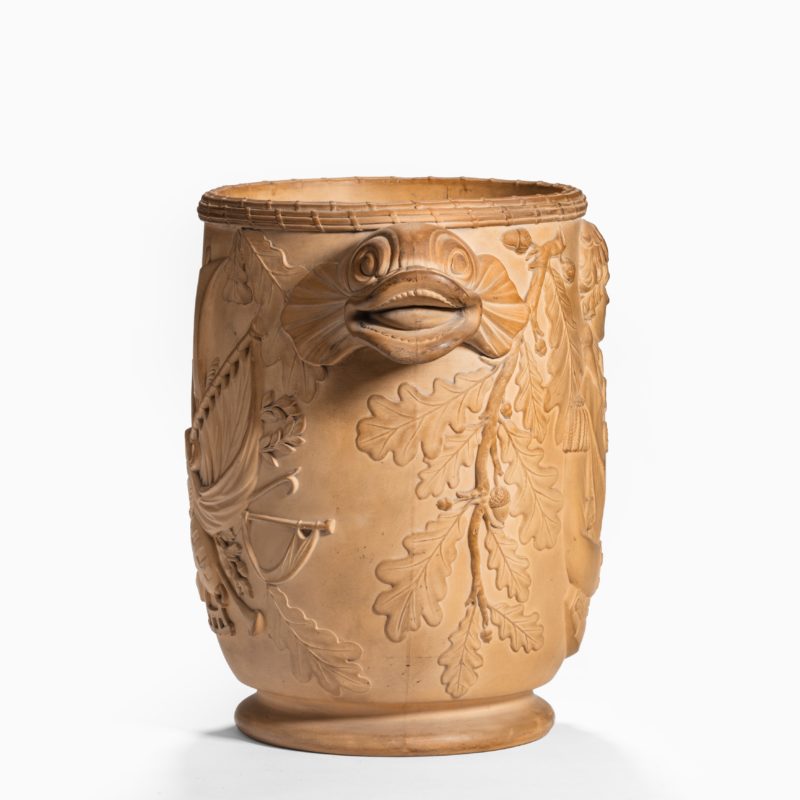 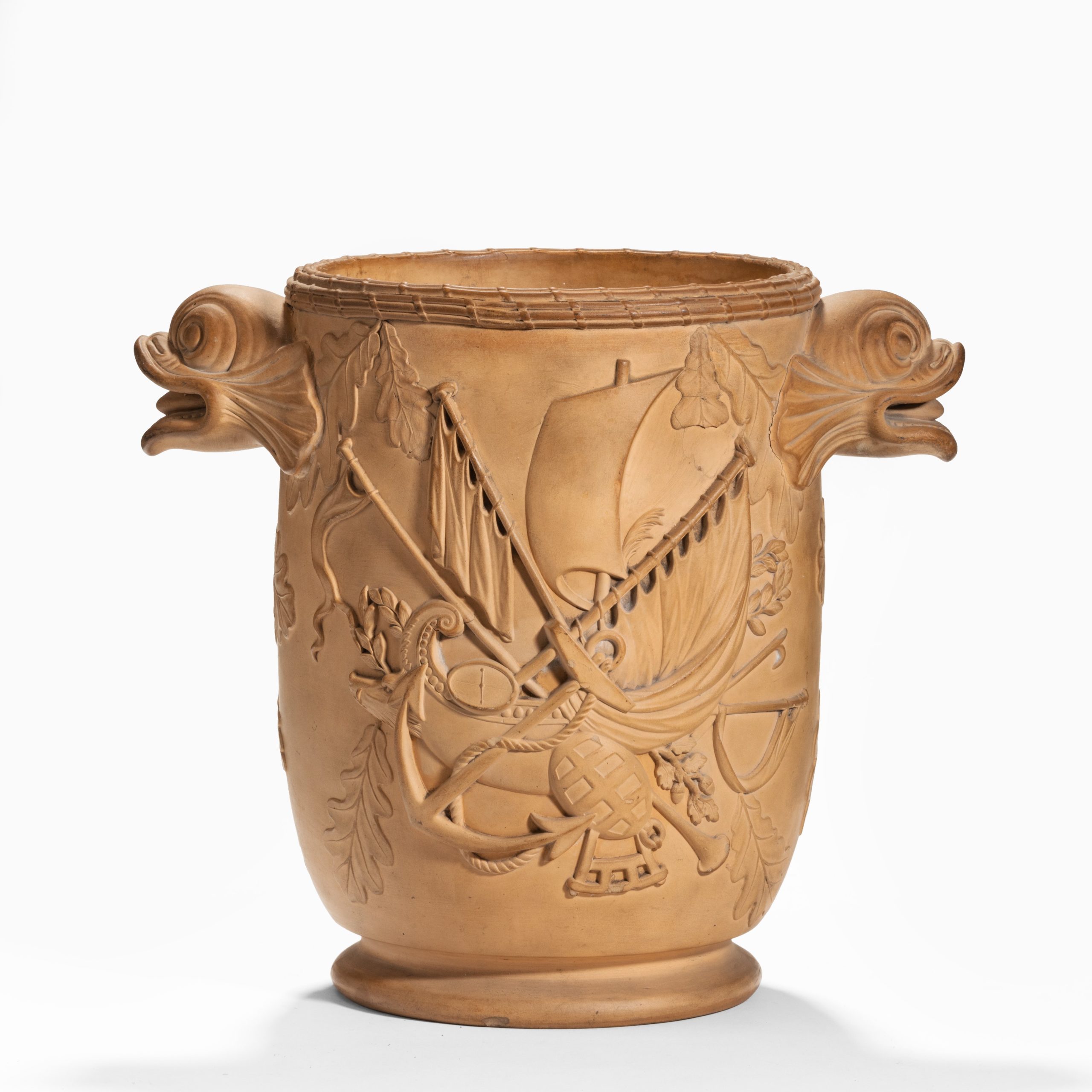 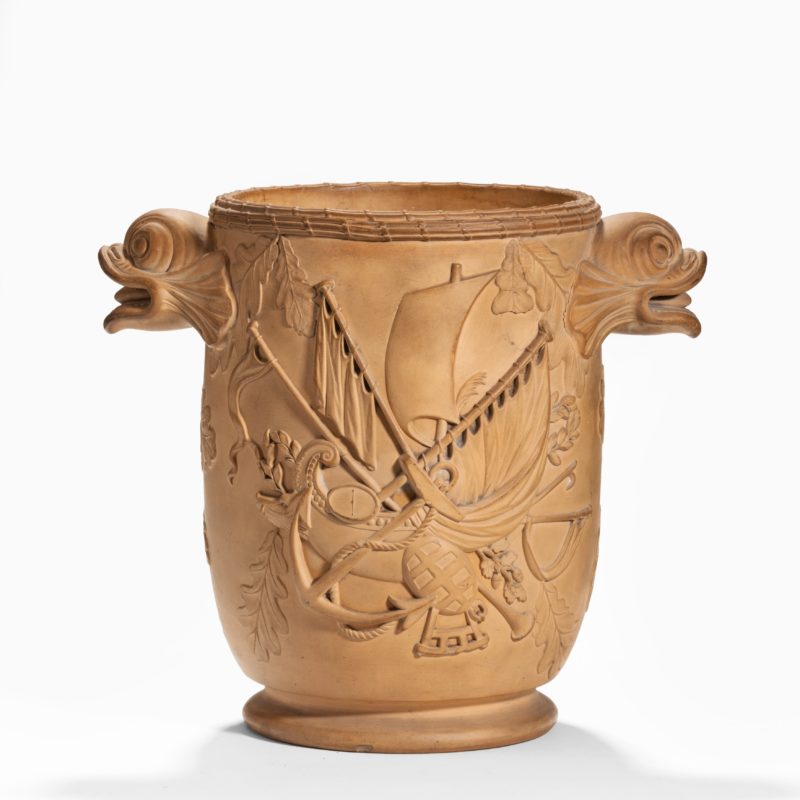 A Nelson commemorative wine cooler by Davenport. This terracotta cooler is relief moulded with a portrait of Admiral Viscount Nelson, in full uniform and medals, between two acorn-bearing oak boughs on one side and a naval panoply on the reverse.  The rim comprises tied reeds and twin dolphin-mask handles are attached to the sides.  English, circa 1815.

Two very similar examples from the collection of Horatio, third Lord Nelson, are illustrated in an article titled ‘Nelson Relics and Relic Hunters’ in The Windsor Magazine, Vol. XX. June-November 1904, p.519.  (See also page 4.)  A third with a paper label stating ‘Exceedingly rare (Lockett)’ was exhibited at the Hanley Museum, item No.1721 (see Britain on the High Seas, from Nelson to Churchill, p.71, Wick Antiques, 2019).

John Davenport (1765-1848) trained as a potter with Thomas Wolfe of Stoke, Staffordshire in 1785.  By 1794 he had founded his own pottery factory counting the Prince of Wales among his customers.  After Davenport’s retirement in 1830, his firm carried on under various family members until it was acquired by Burleigh Pottery in 1887.