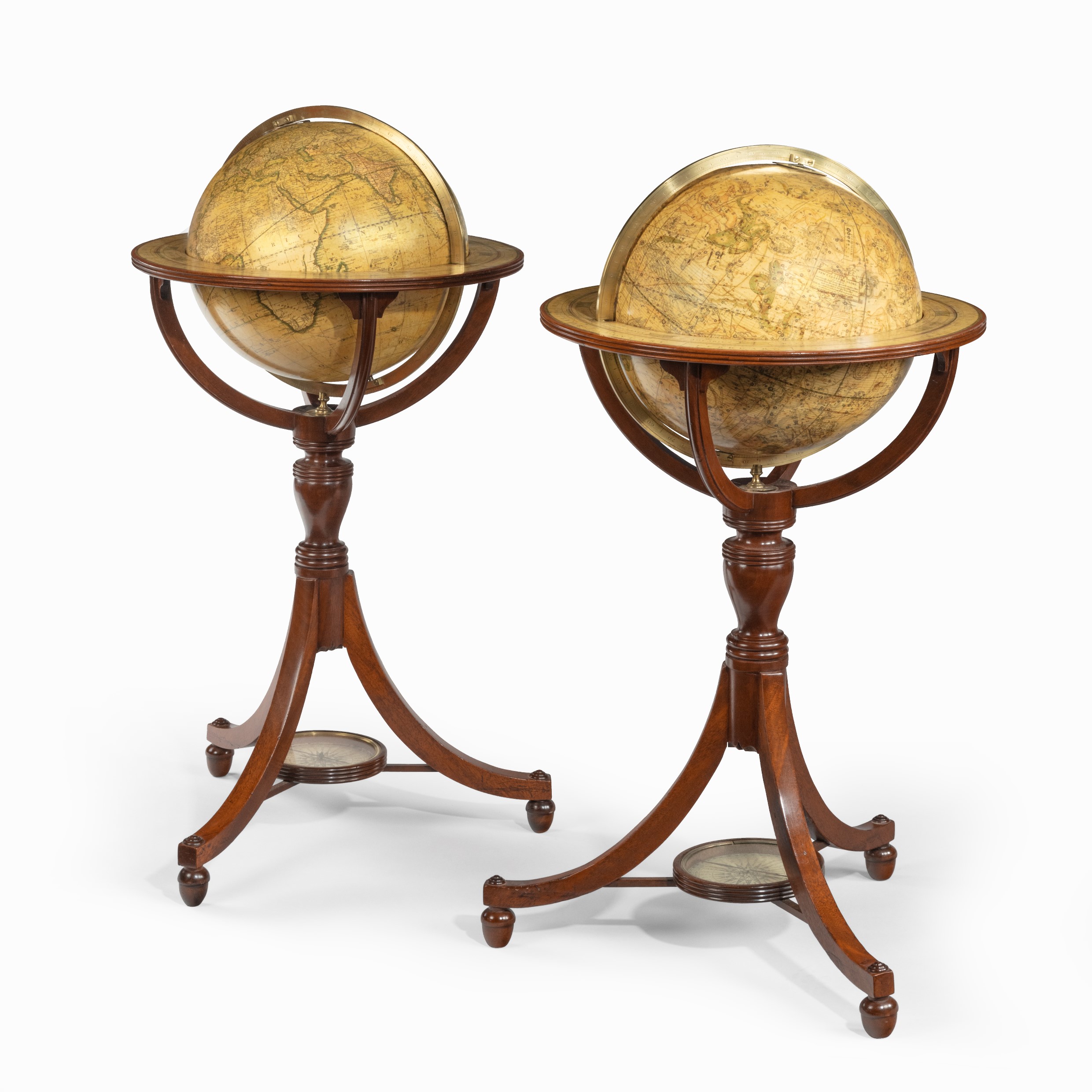 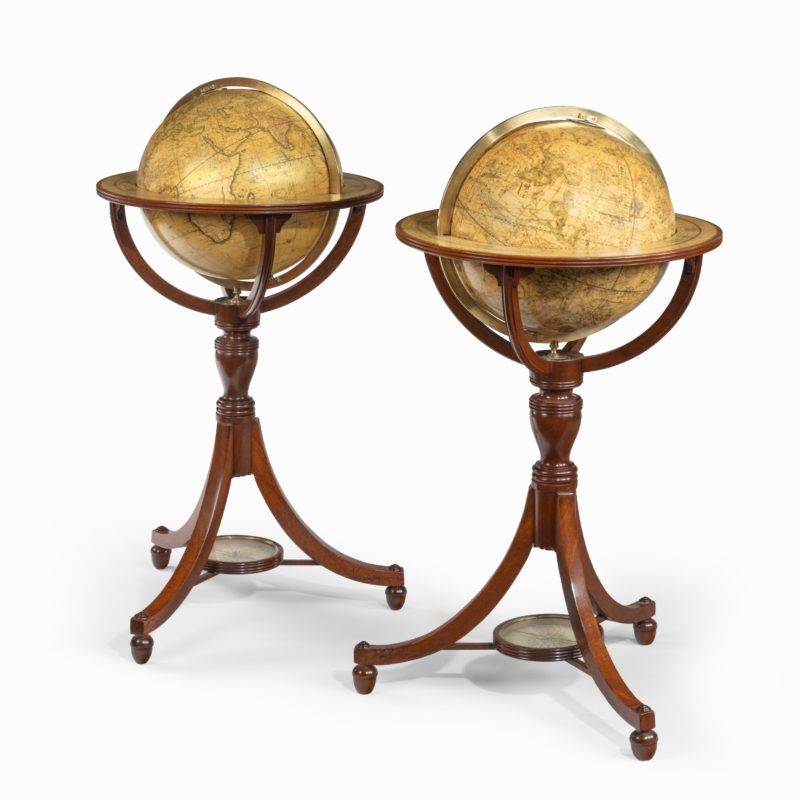 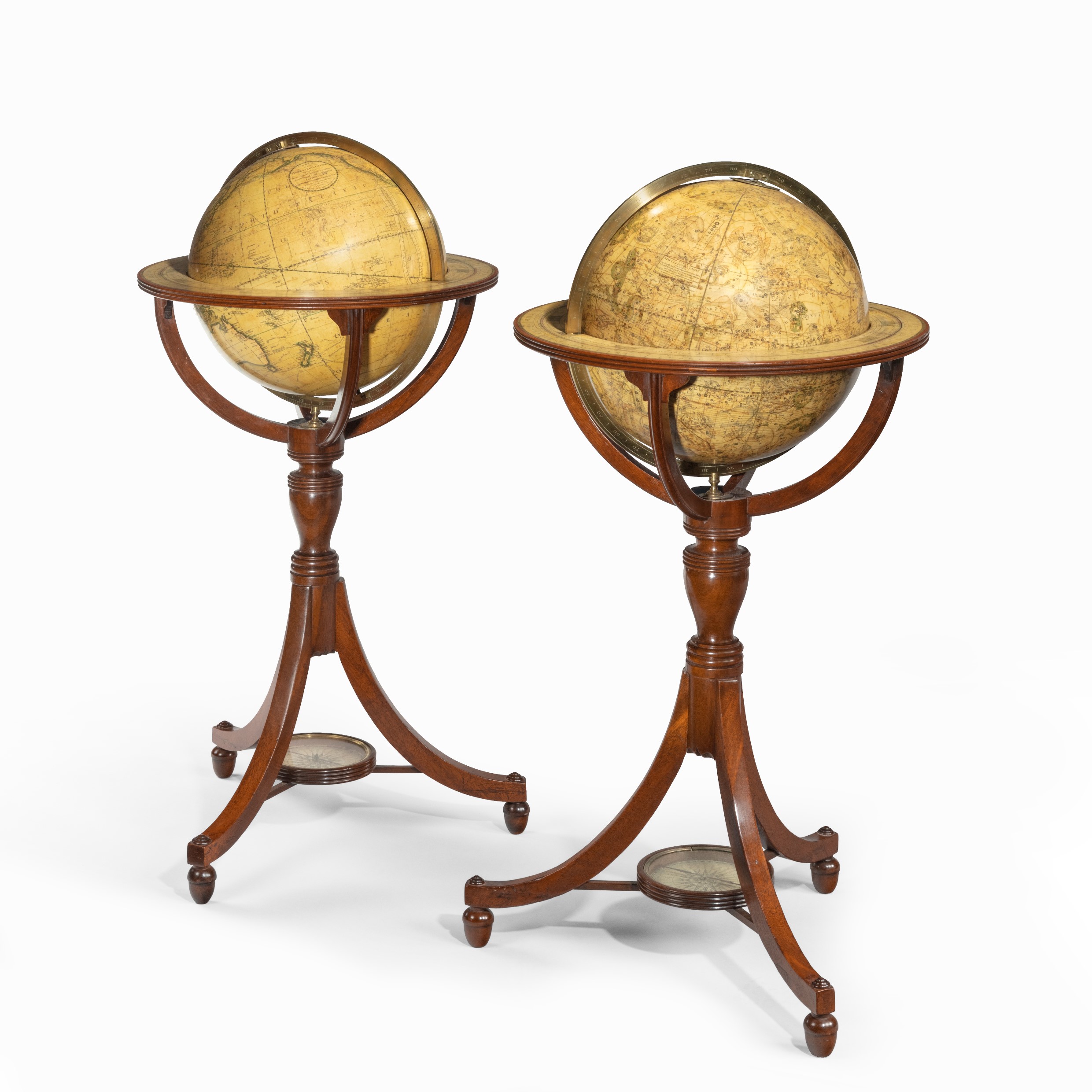 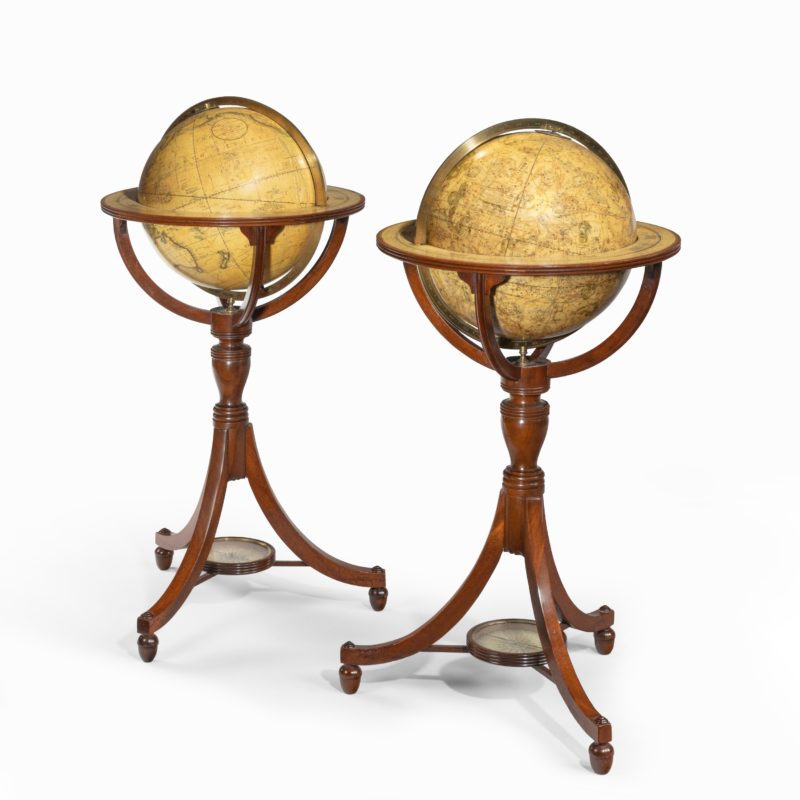 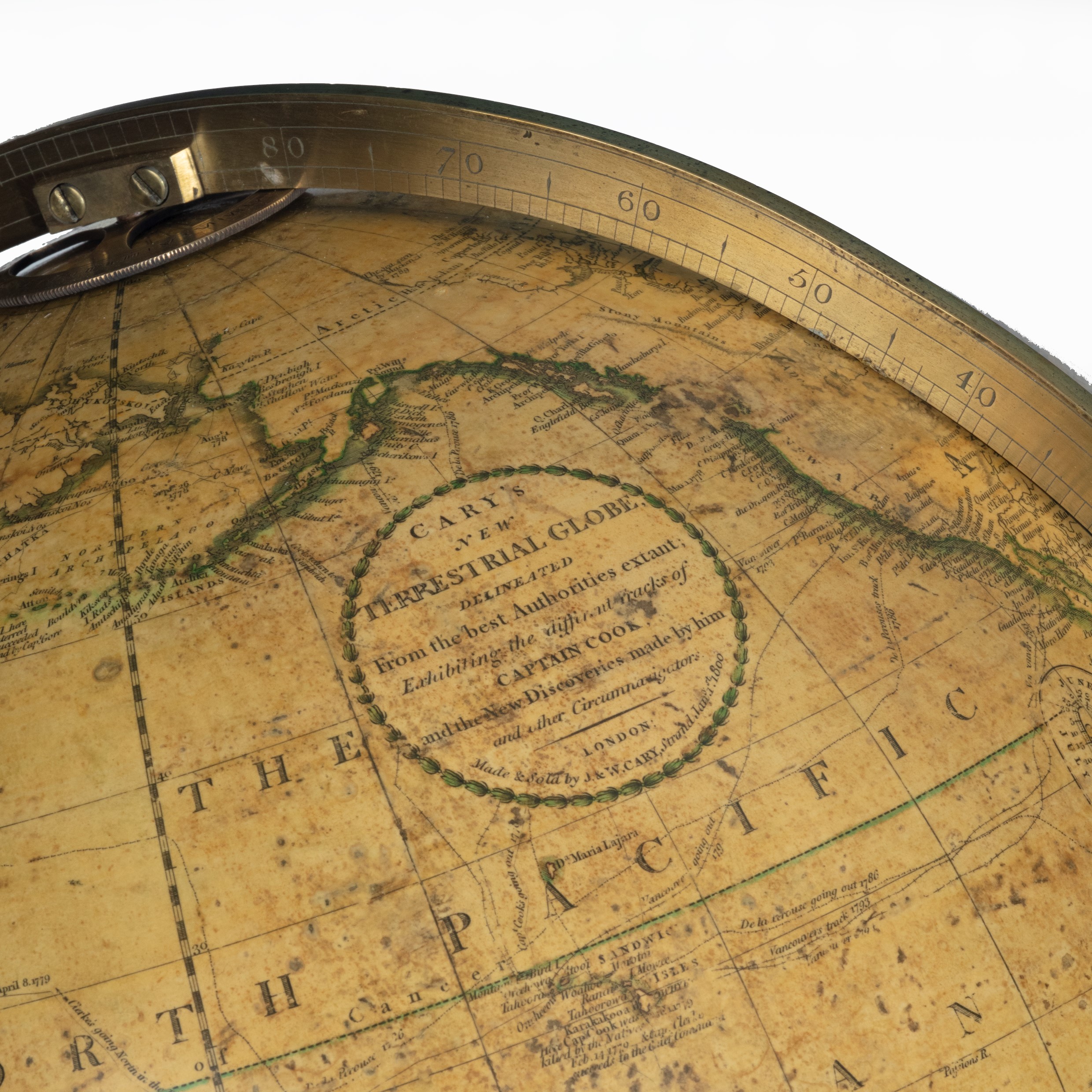 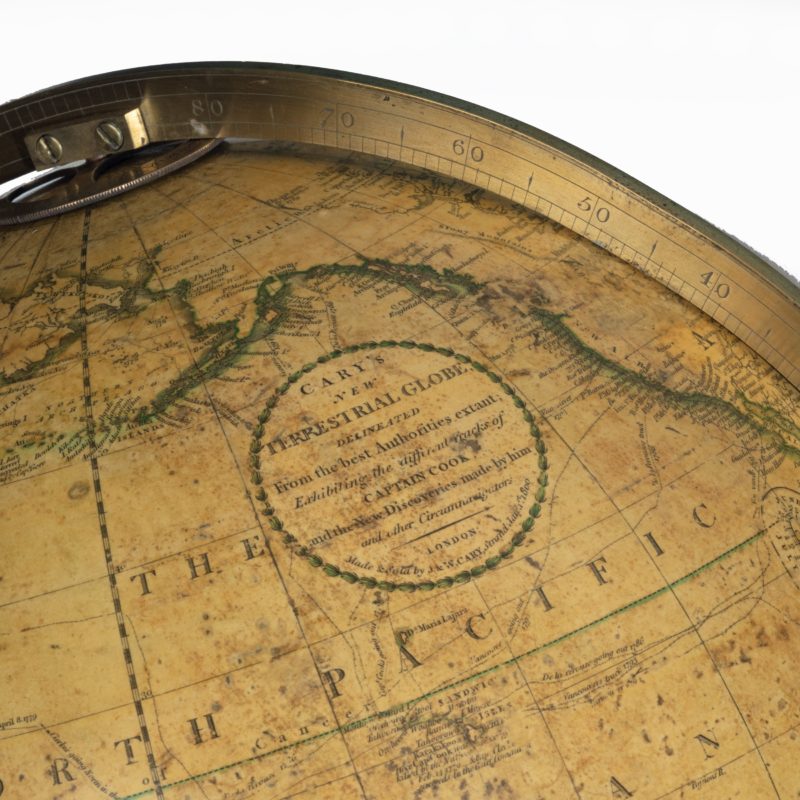 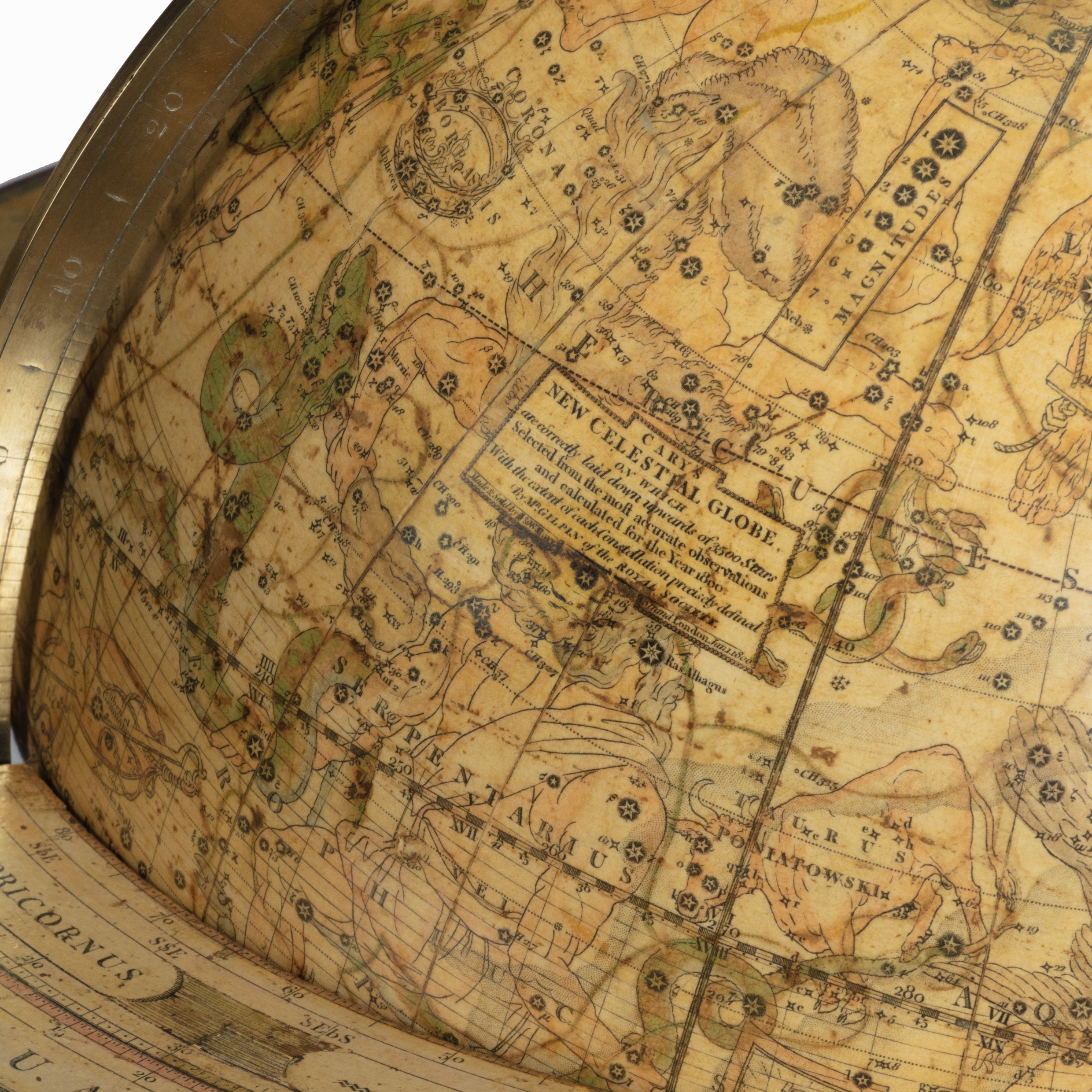 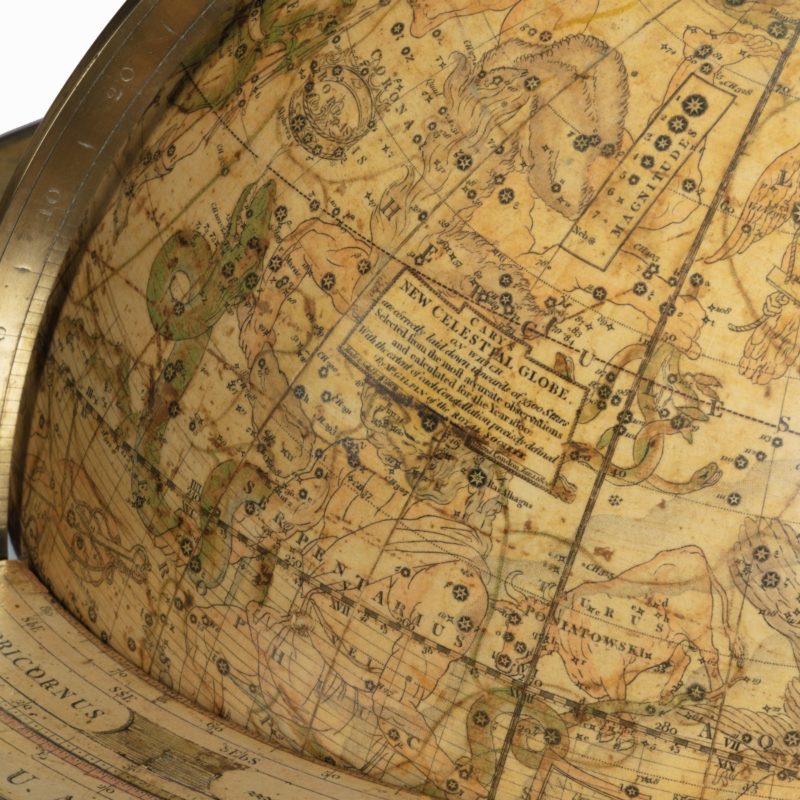 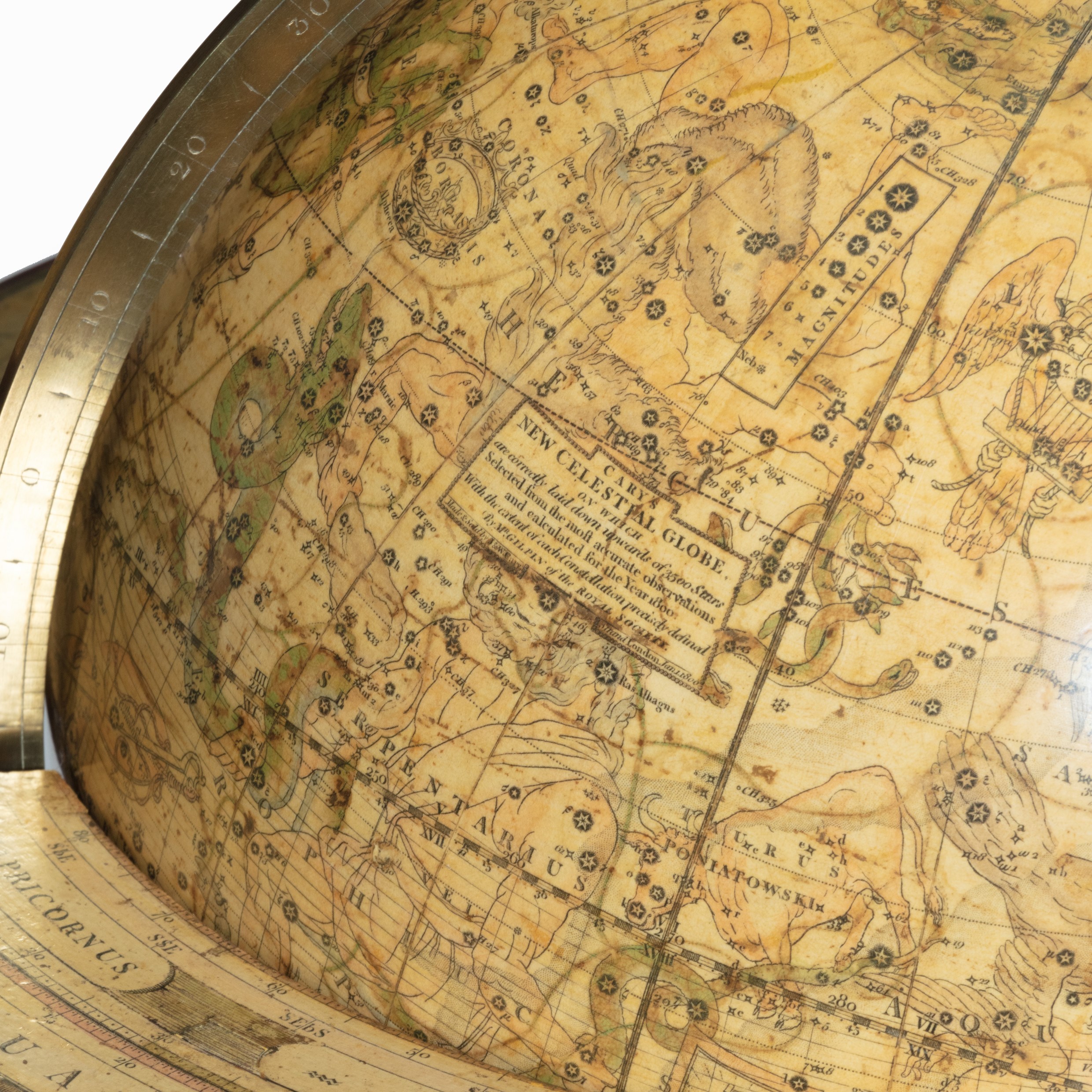 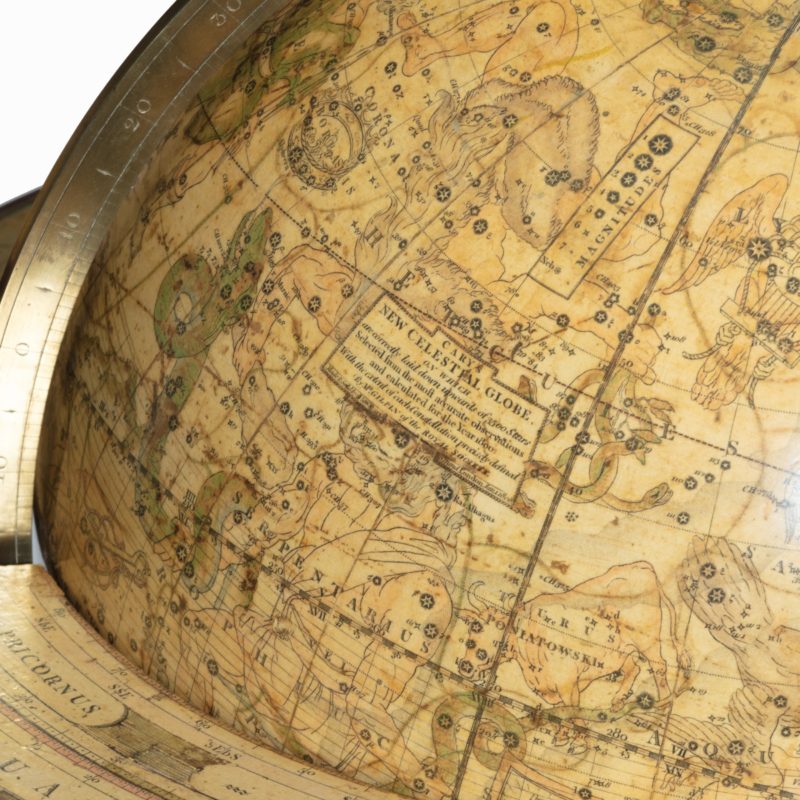 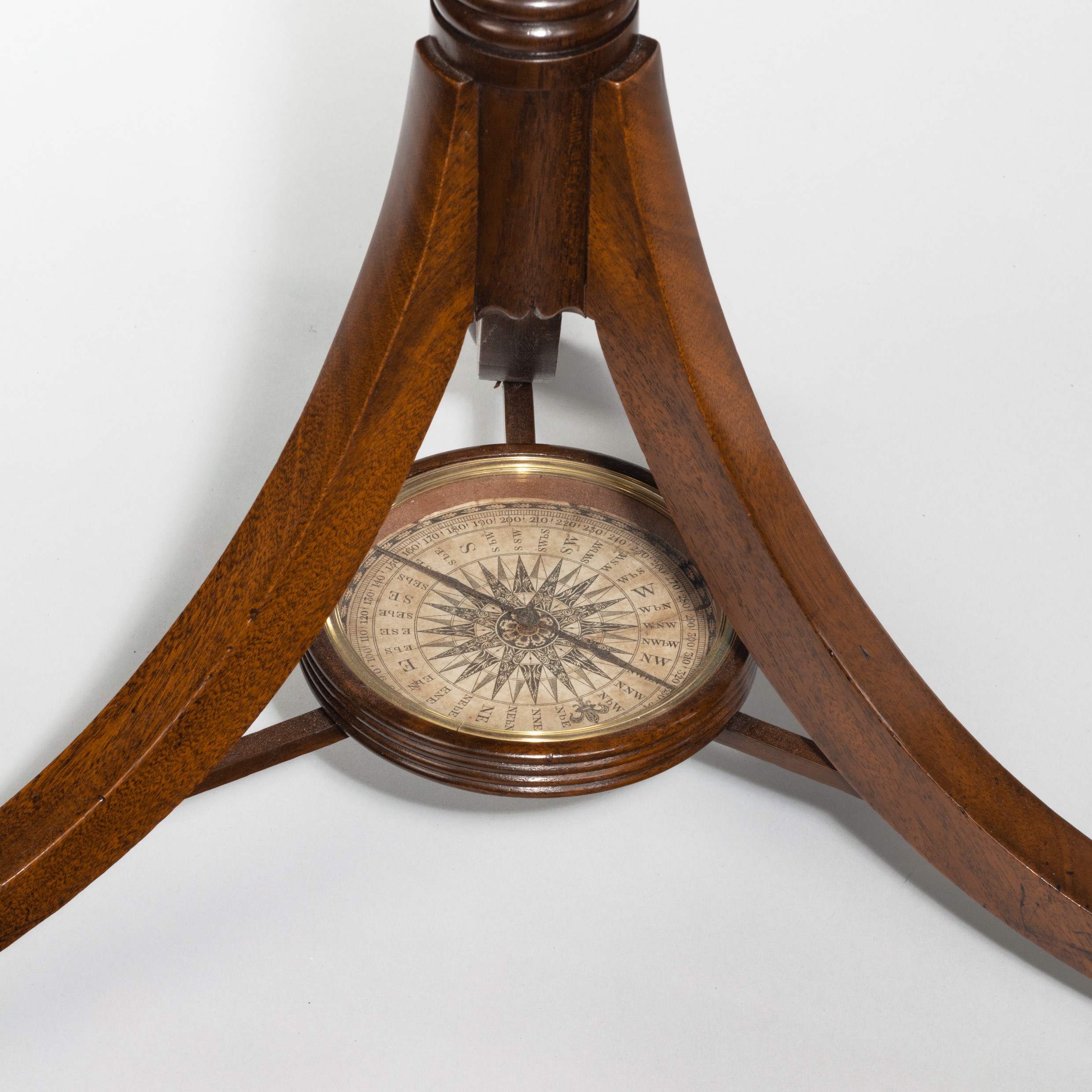 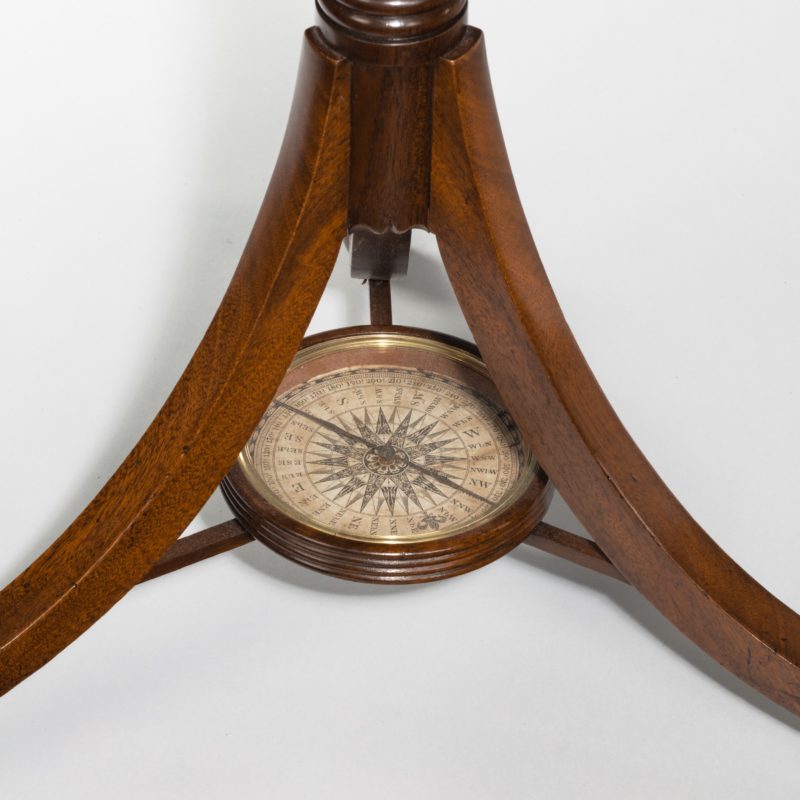 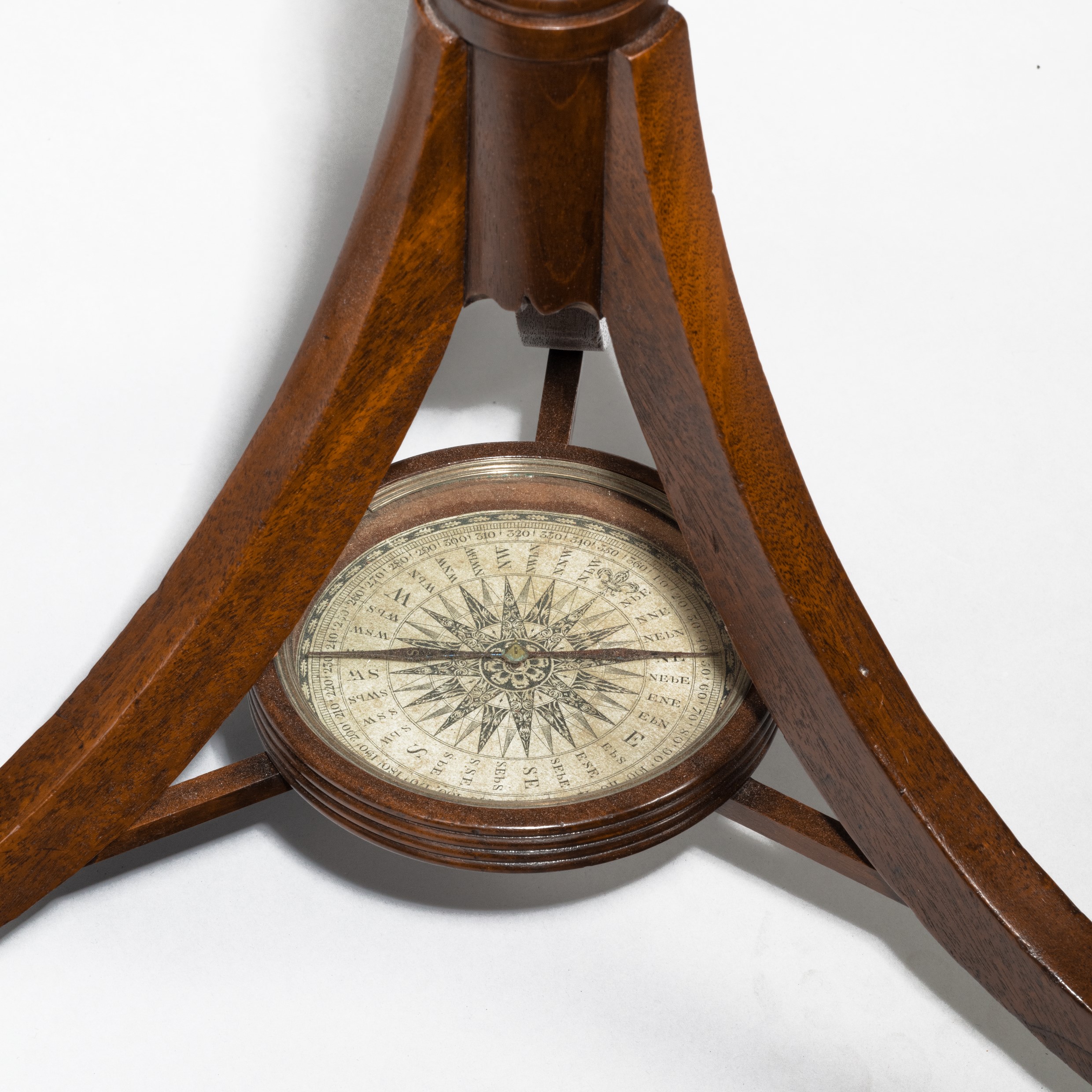 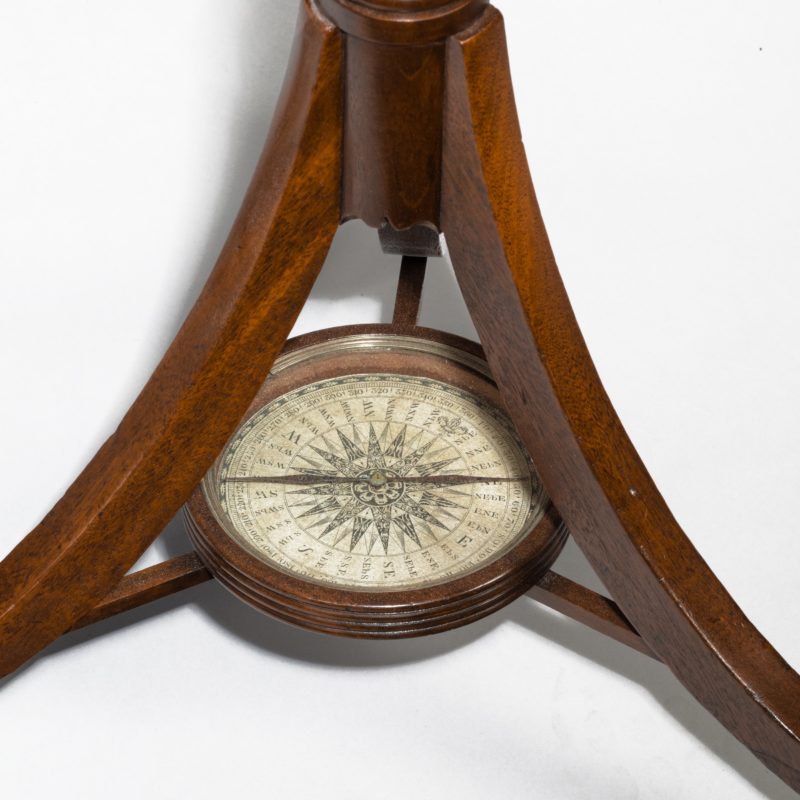 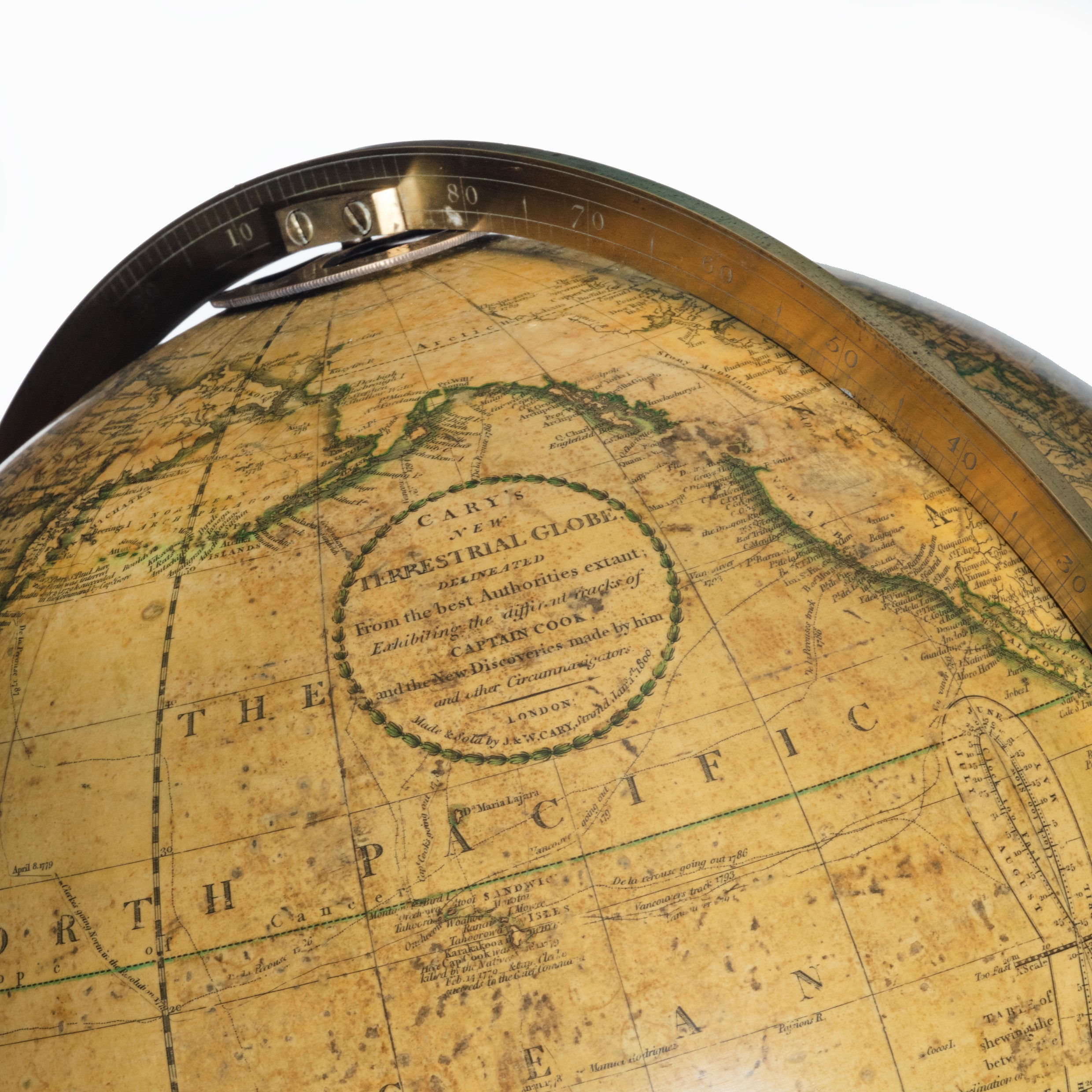 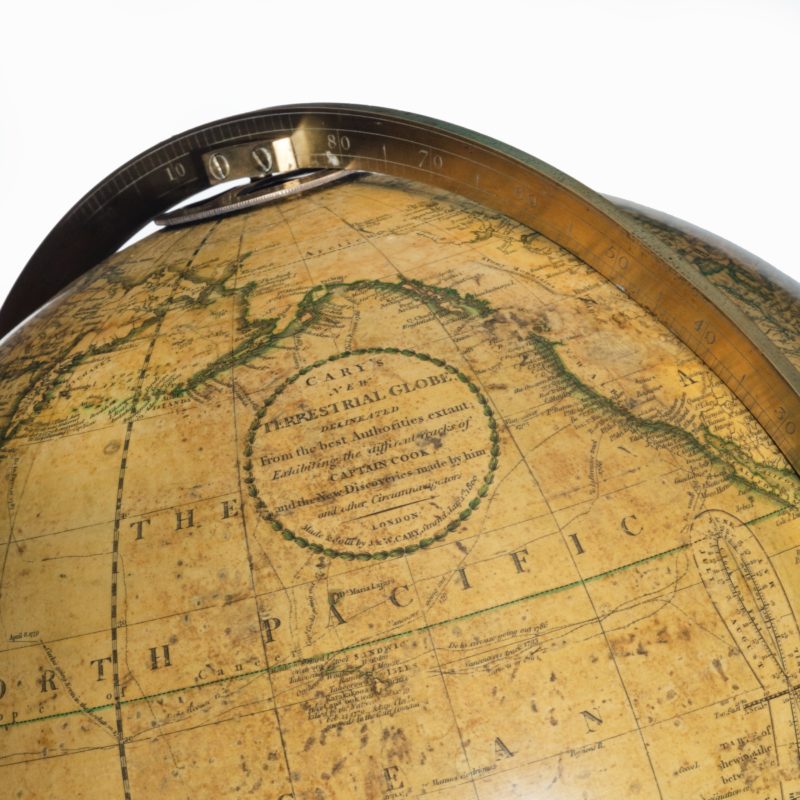 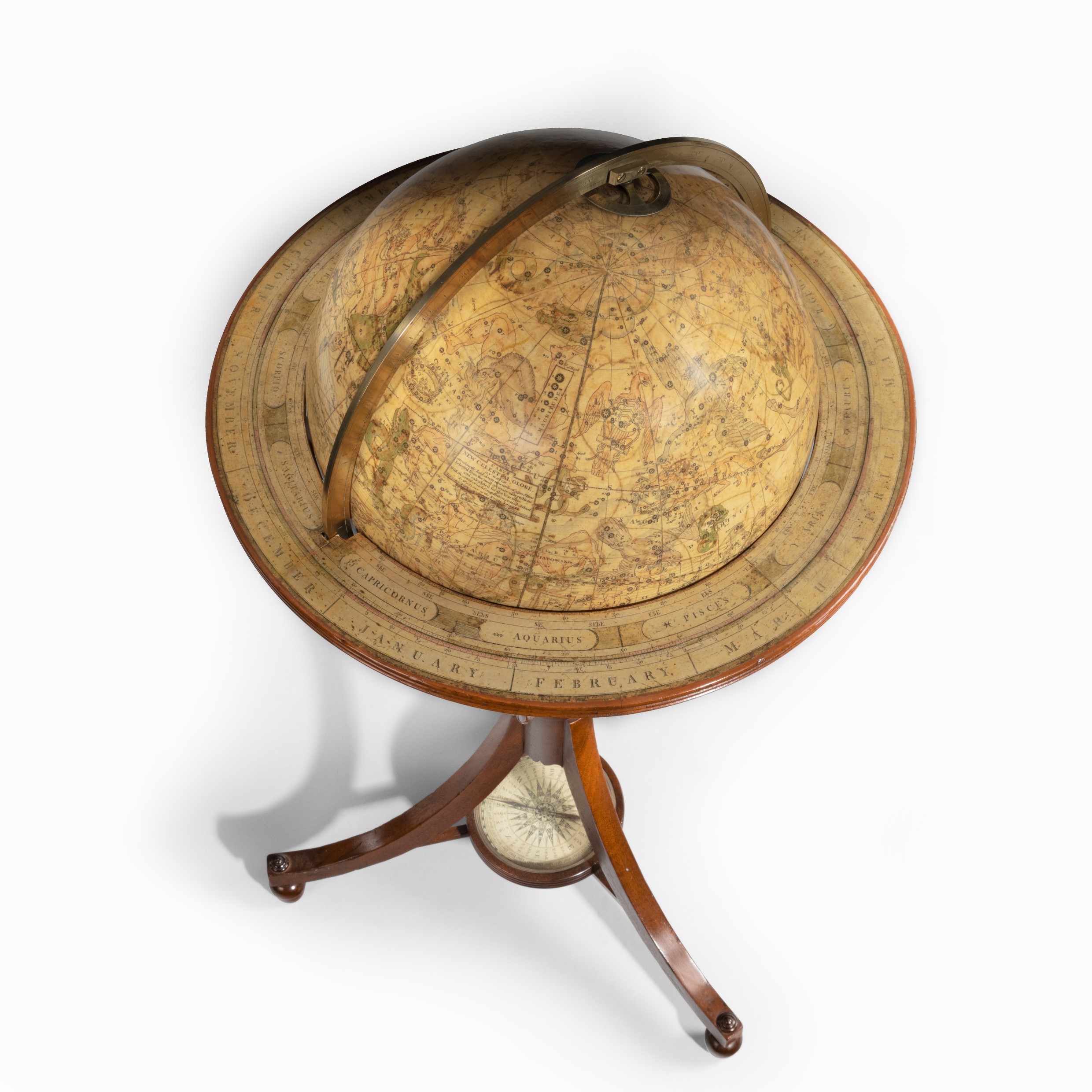 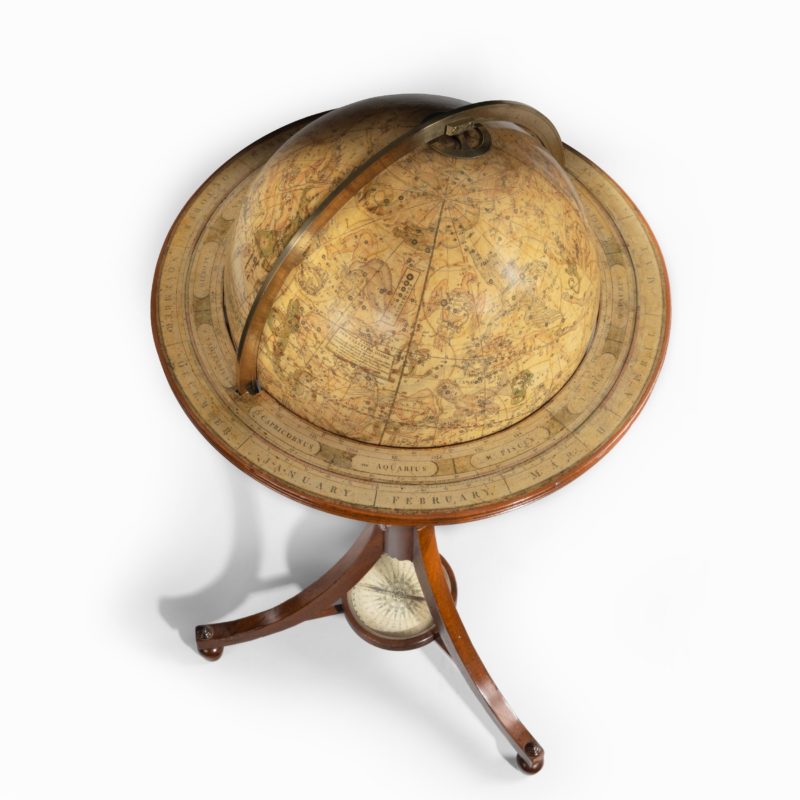 A pair of 12-inch floor globes by Cary

A pair of 12-inch floor globes by Cary, each set into a tripod walnut stand with a turned baluster support, outswept legs on acorn feet and stretchers centred on a replaced compass rose, the terrestrial globe stating ‘Cary’s New Terrestrial Globe delineated from the best Authorities extant; Exhibiting the different tracks of Captain Cook and the New Discroveries made by him and other Circumnavigators.  London: made and sold by J & W Cary, Strand, Jan.y 1st 1800’  and the celestial ‘Cary’s New Celestial Globe, on which are correctly laid down upwards of 35,000 stars selected from the most accurate observations and calculated for the Year 1800, with the extent of each constellation precisely defined by Mr. Gilpin of the Royal Society’.   English, circa 1800.

Footnote: The celebrated Cary family of cartographers and globe makers produced some of the greatest late Georgian globes.  The firm was started in London in the late 18th century by John Cary (c1754-1835), an engraver and dealer in maps who often worked in partnership with his brother, William Cary (c1760-1825), a scientific instrument maker.  John Cary concentrated on geographical excellence rather than on decoration.  In about 1820 the Cary brothers moved their business to 86 St. James’s Street, leaving the premises at 181 Strand to John Cary’s son George (c1788-1859) and John Jr. (1791-1852) who traded as G. & J. Cary until about 1850.