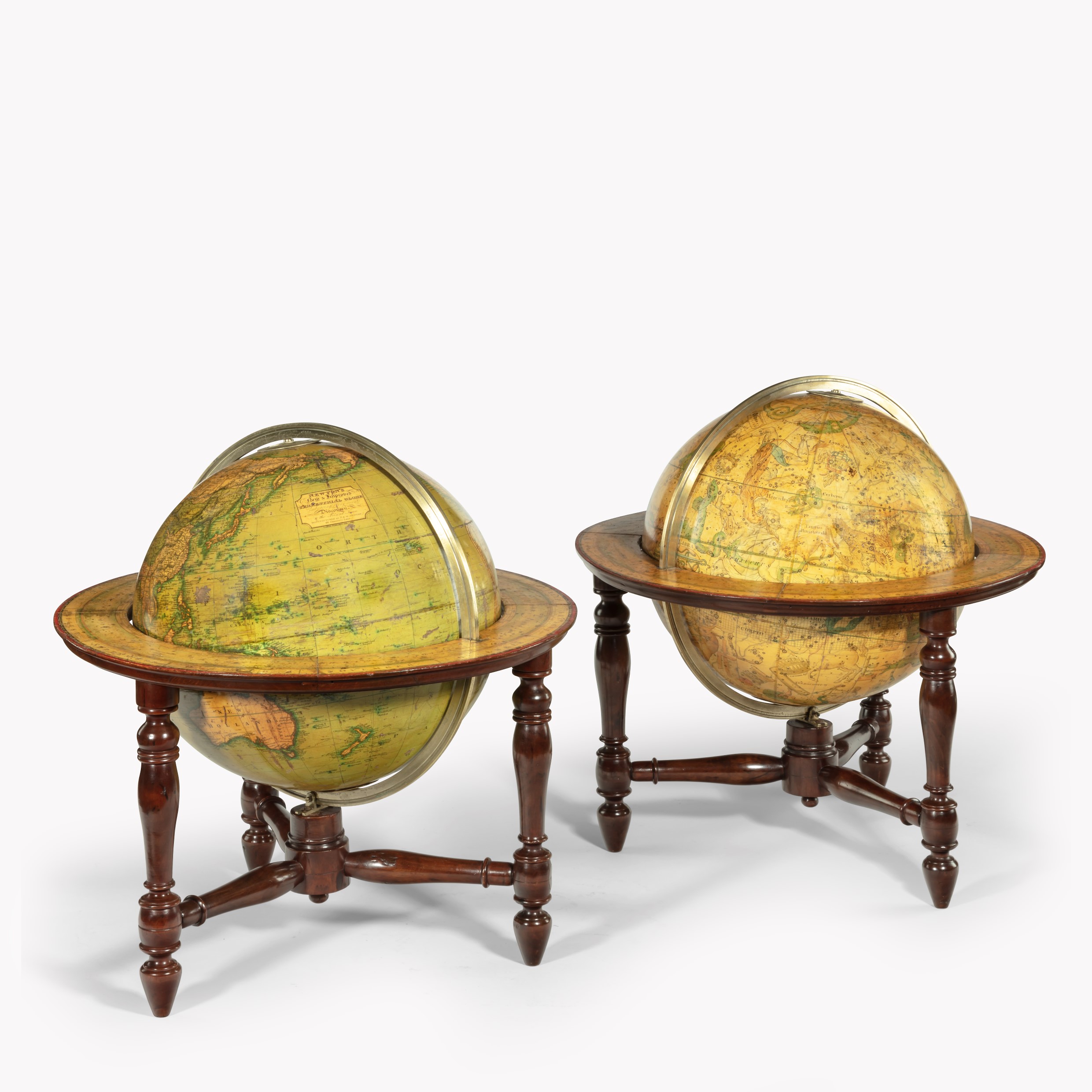 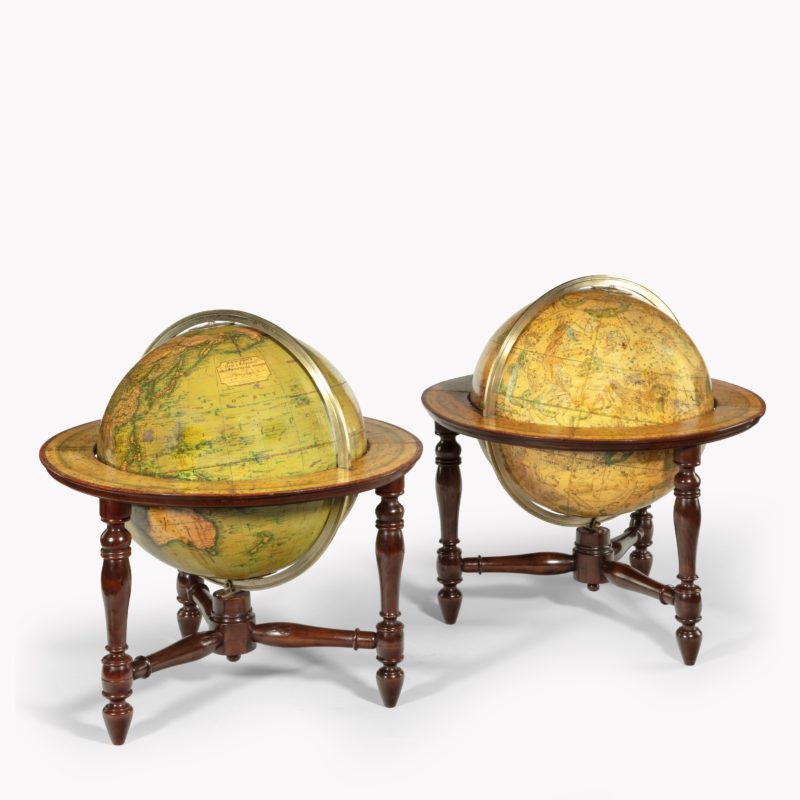 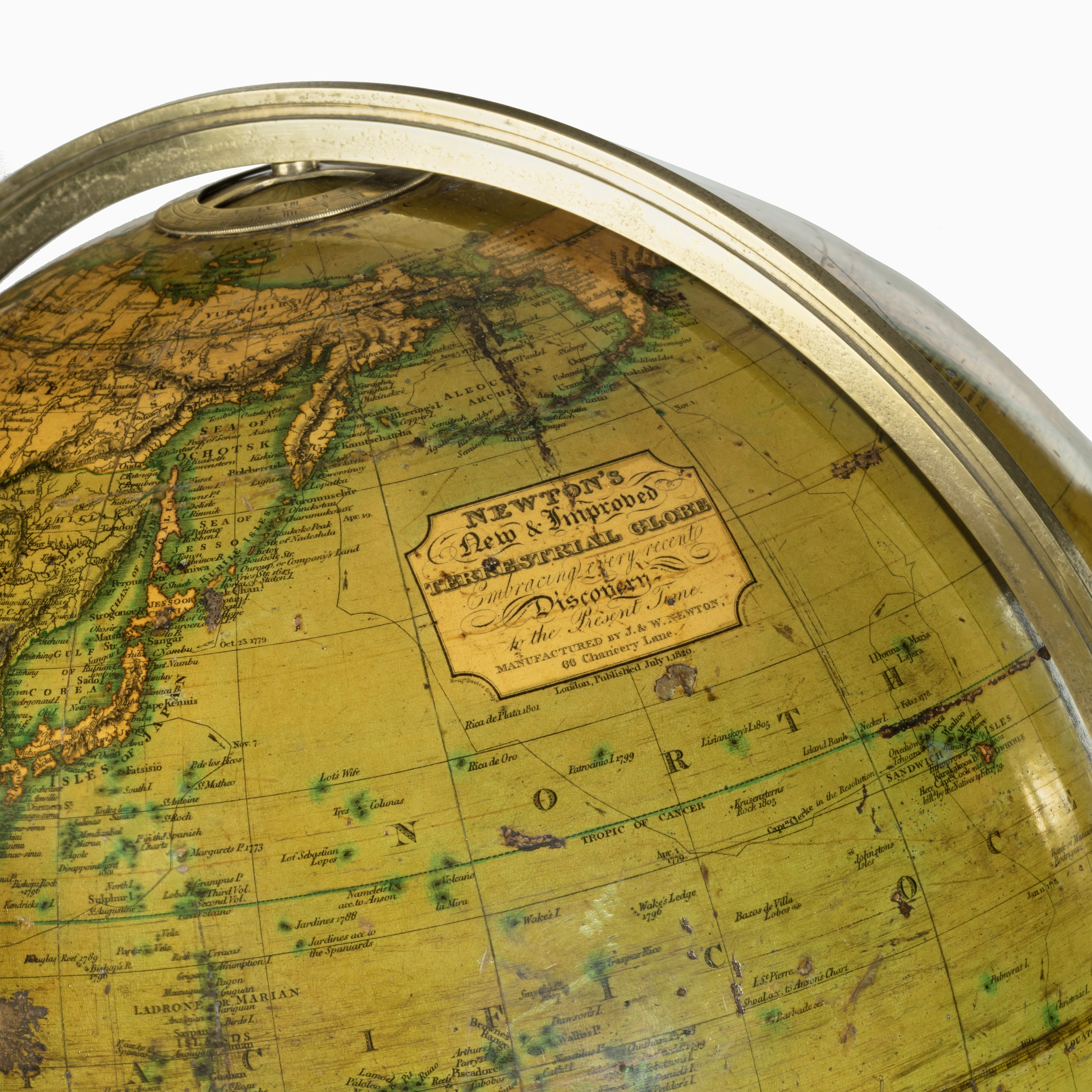 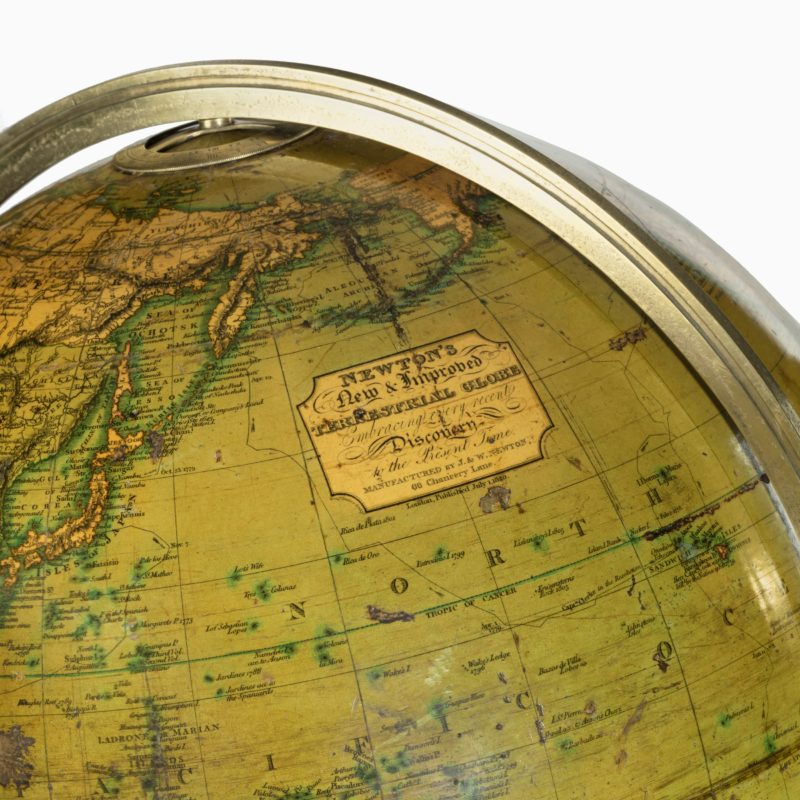 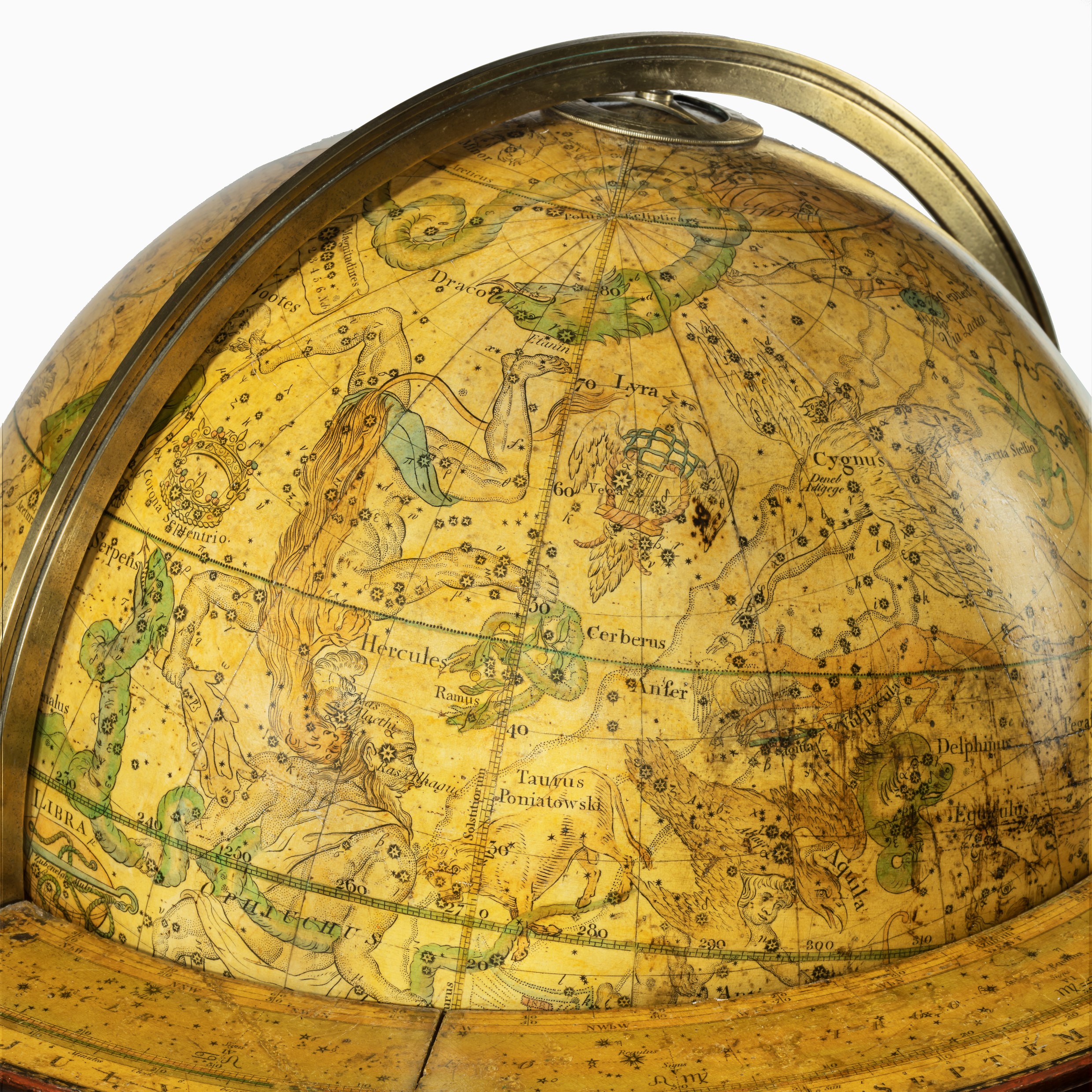 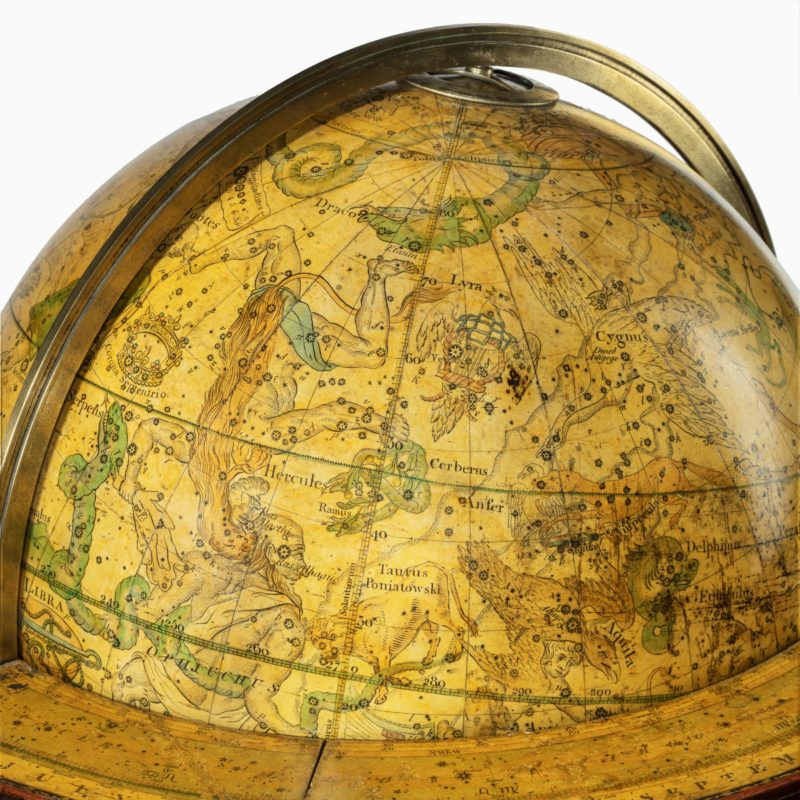 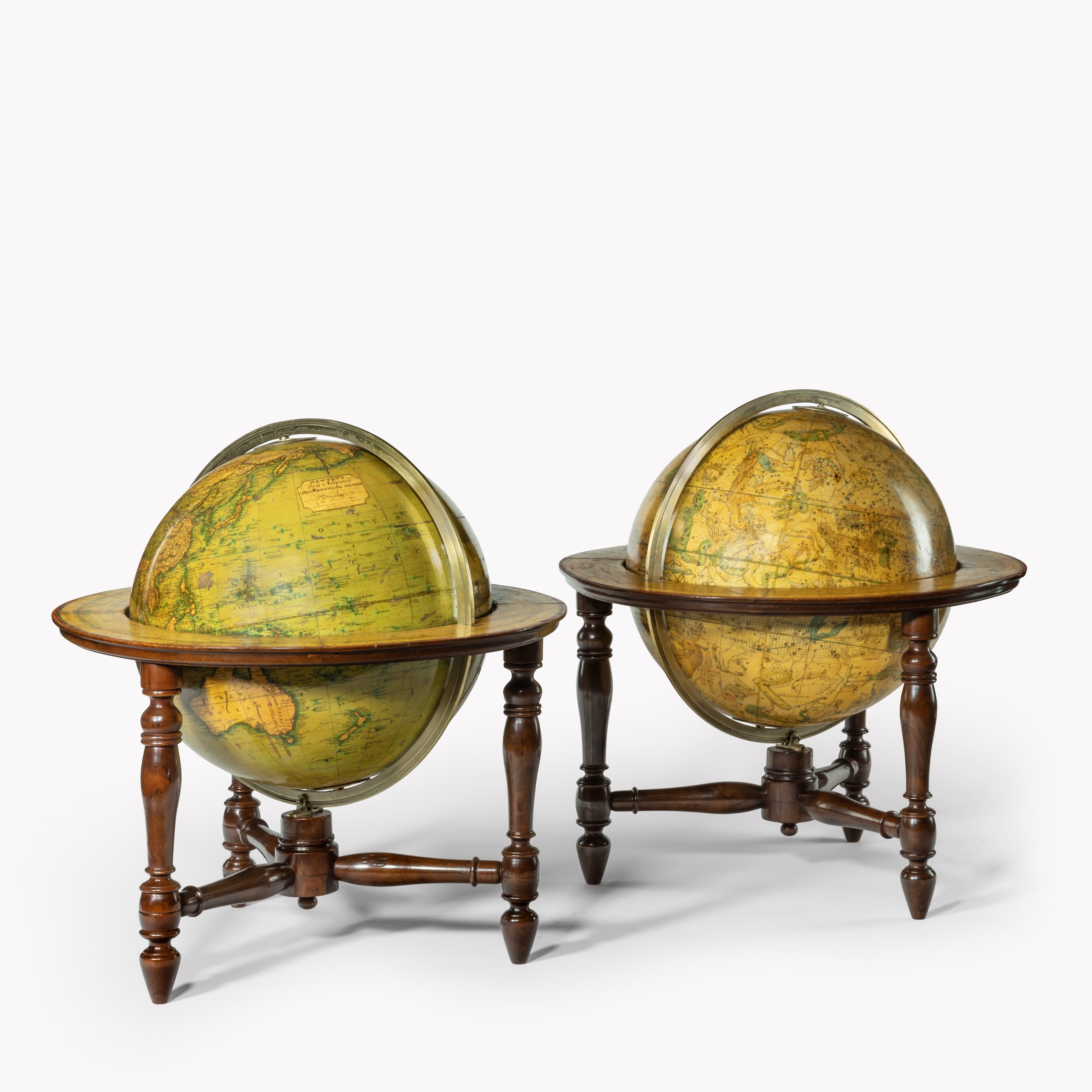 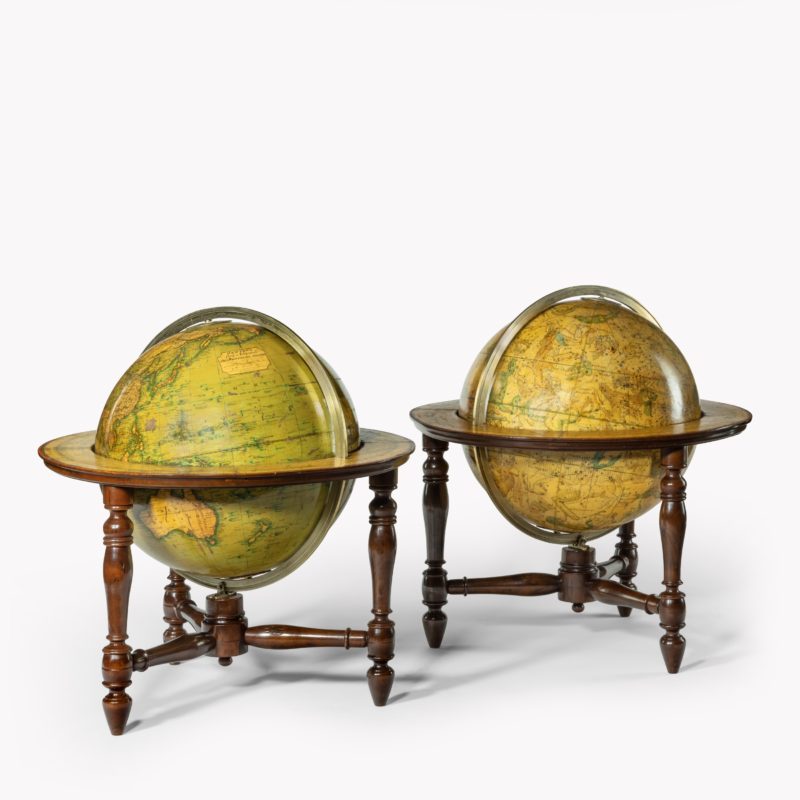 A pair of 12 inch table globes by J & W Newton, dated 1820, each with 12 hand coloured gores, graduated meridian rings, set within ebonised stands with three turned legs.  The terrestrial globe stating ‘Newton’s New & Improved Terrestrial Globe embracing every recent Discovery to the present time. Manufactured by J & W Newton, 66 Chancery Lane, London. Published July 1820’ and the celestial globe stating ‘Newton’s New & Improved Celestial Globe whereon the stars are laid down from the most accurate observations of the best astronomers to the beginning of the year 1820.’  English, 1820.