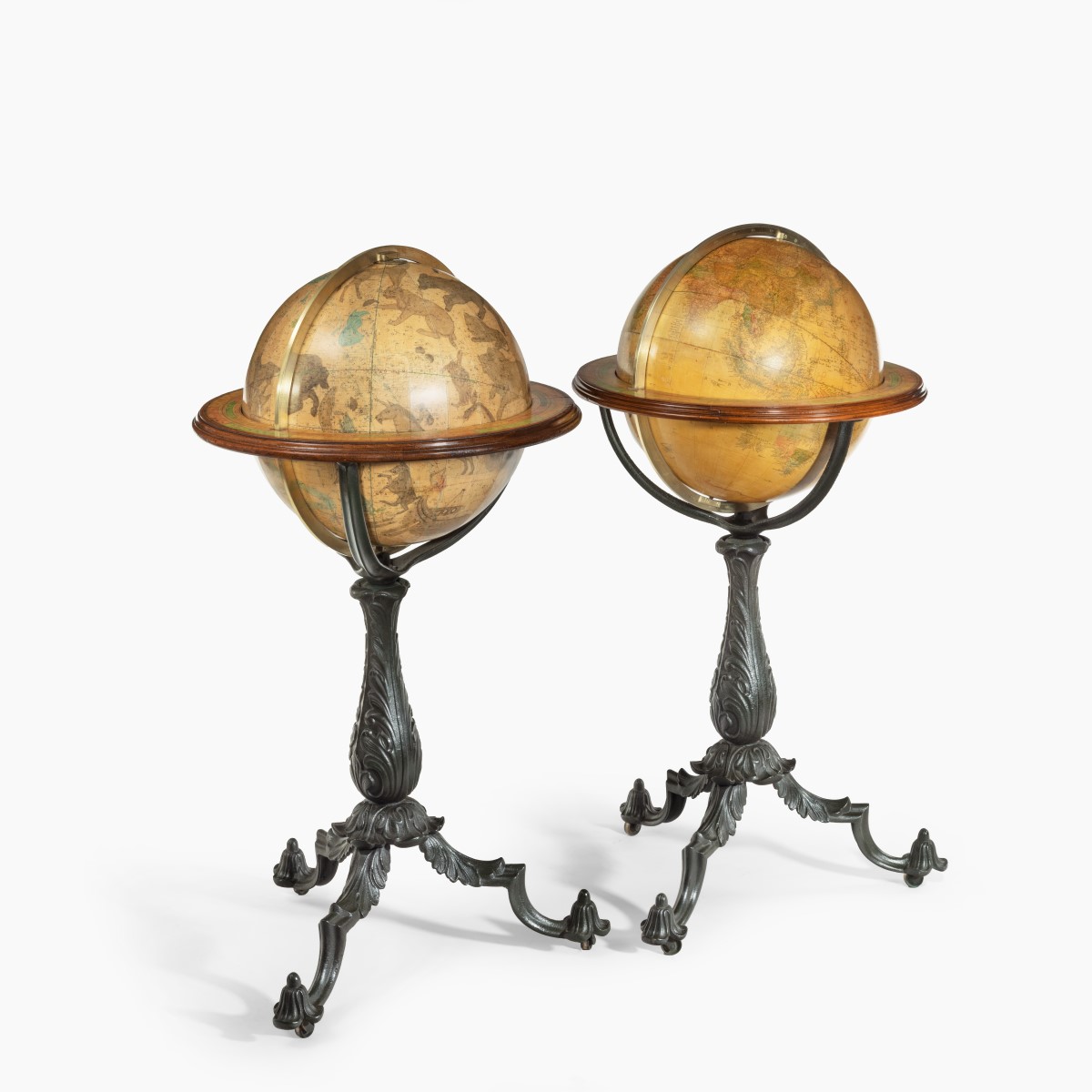 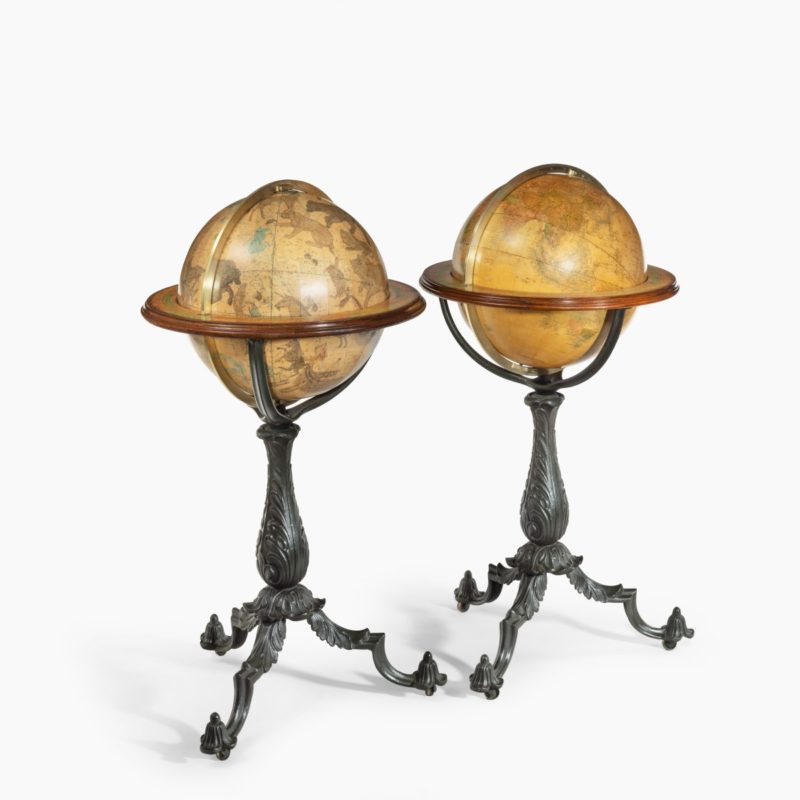 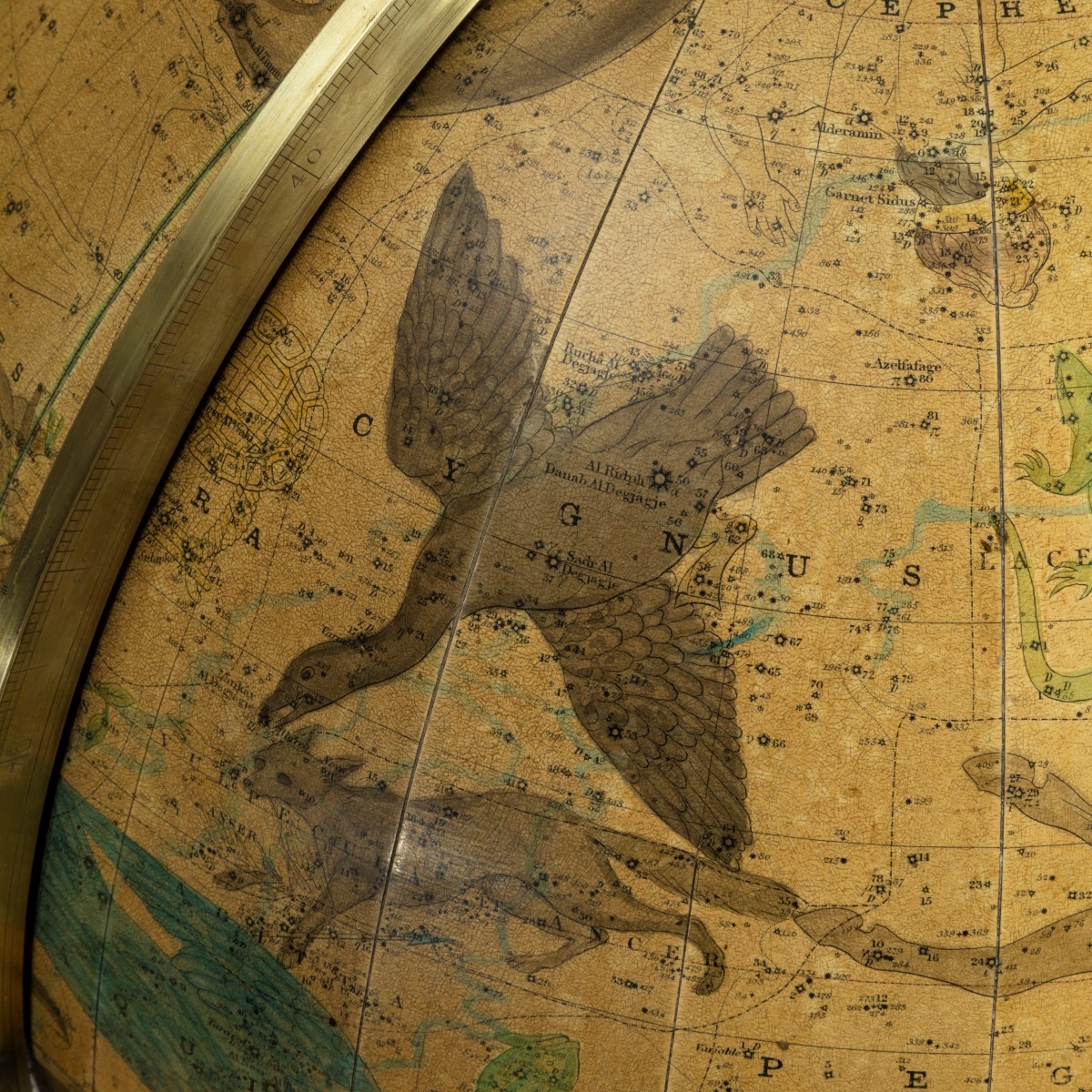 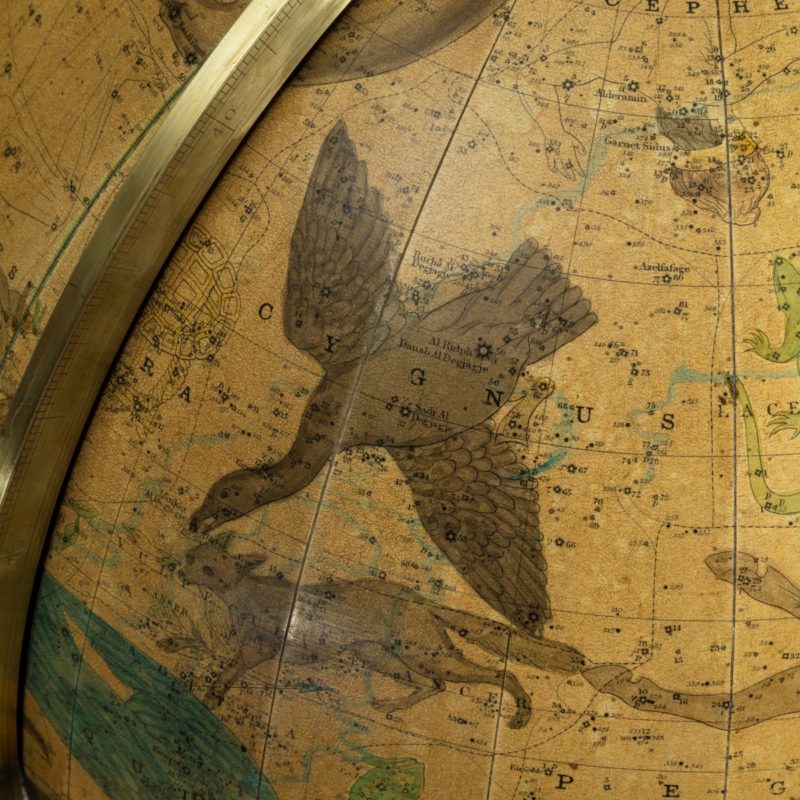 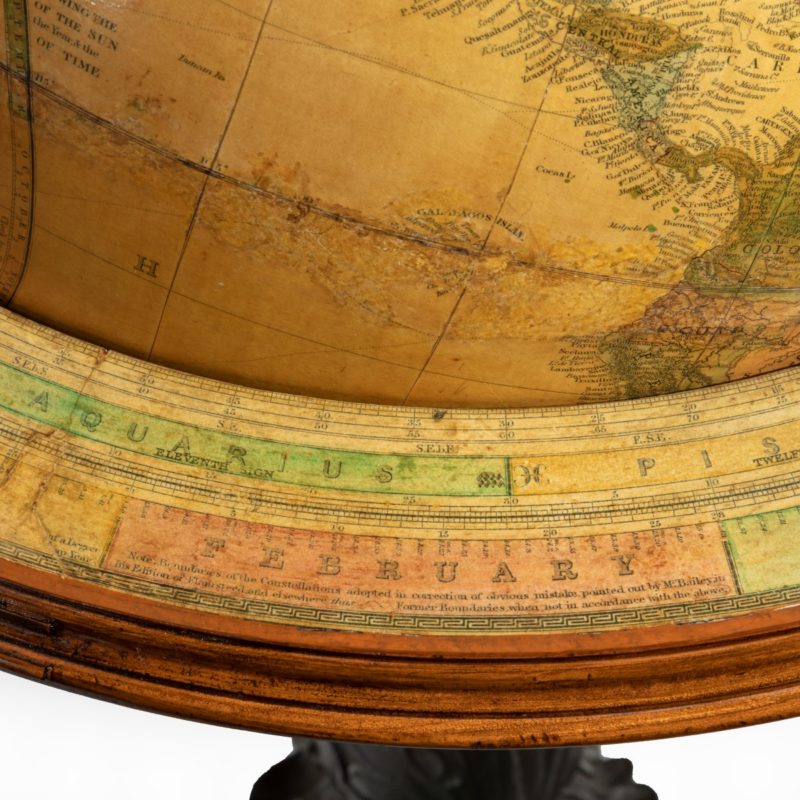 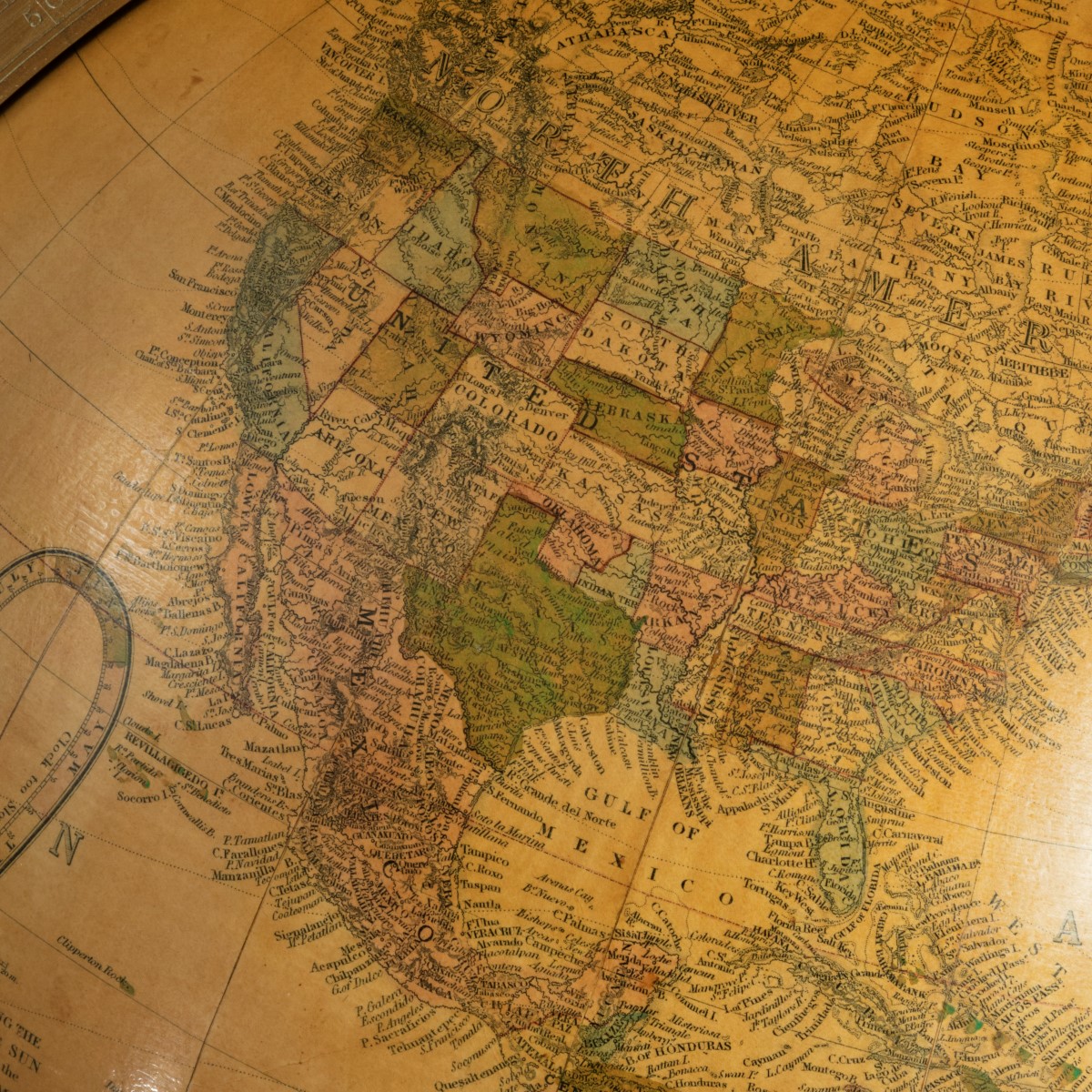 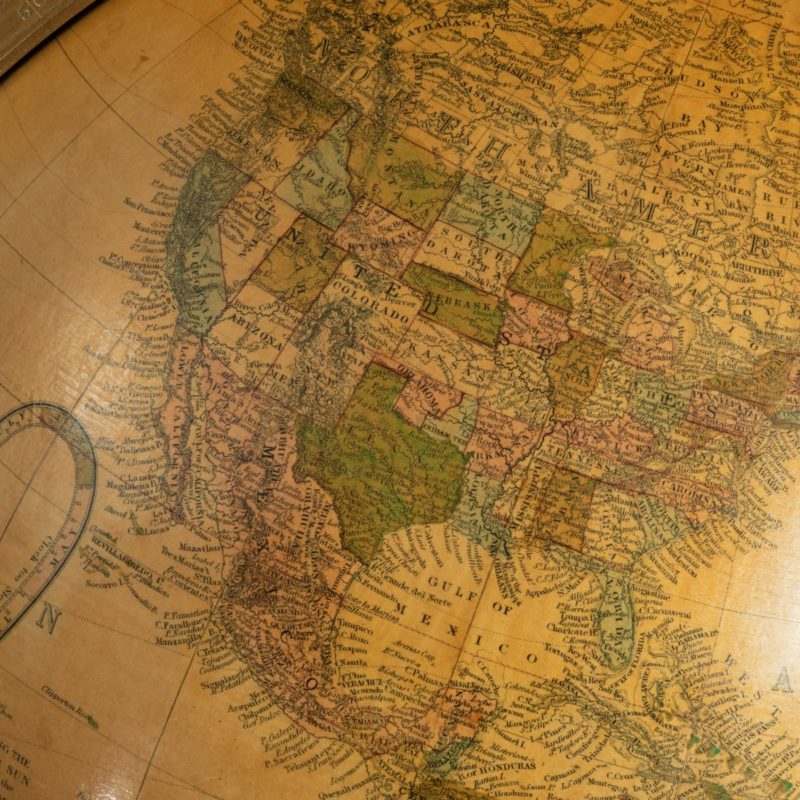 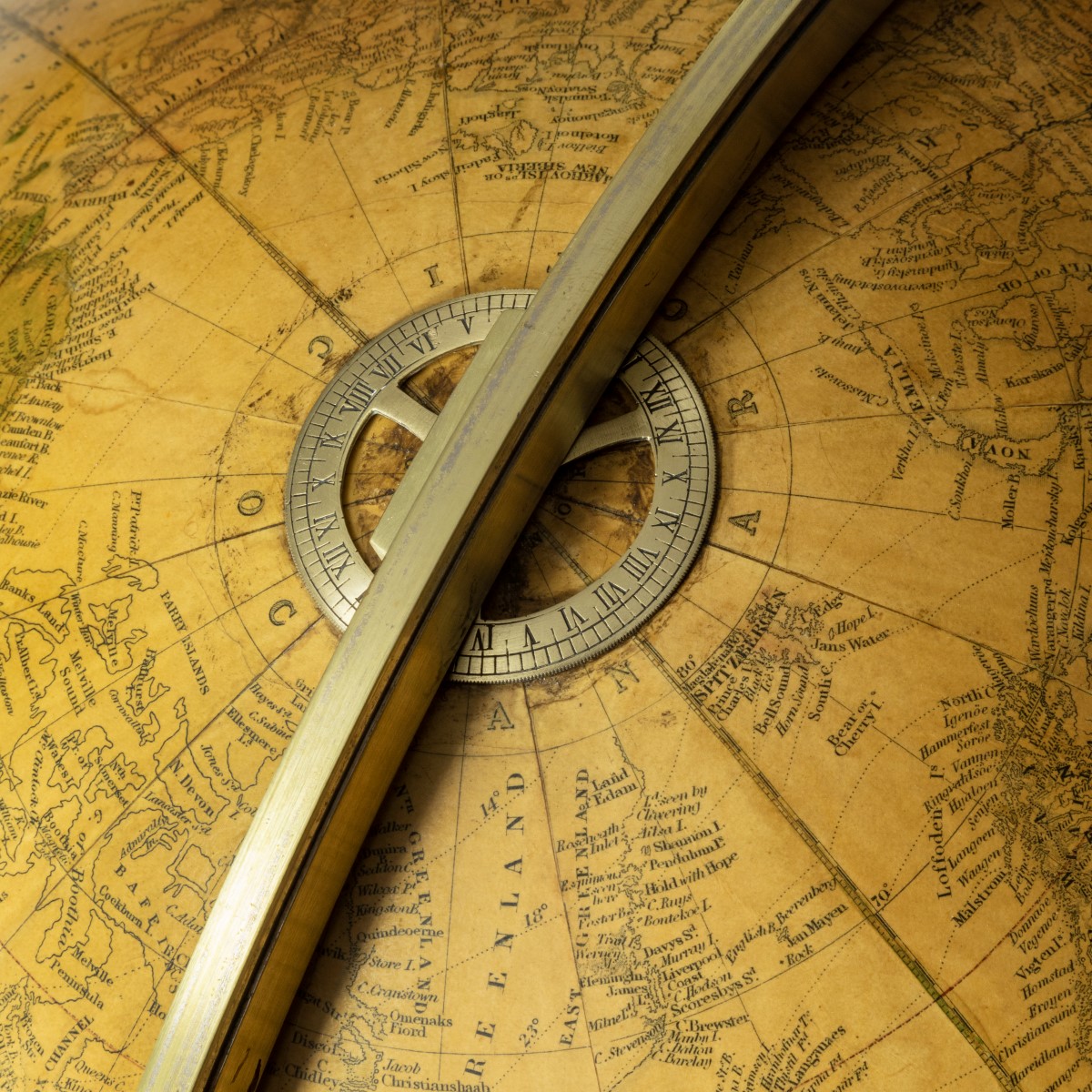 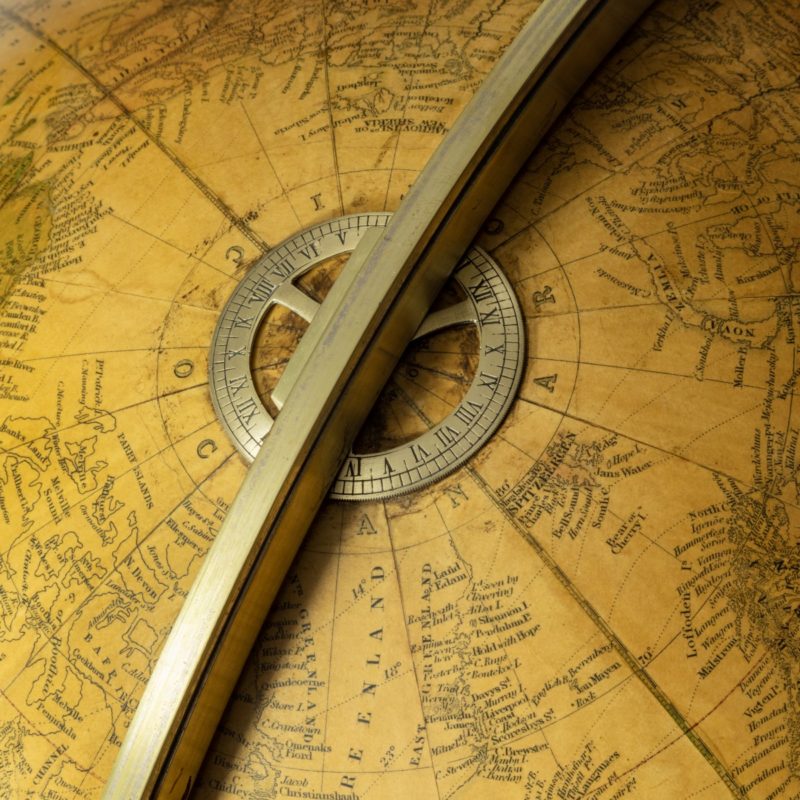 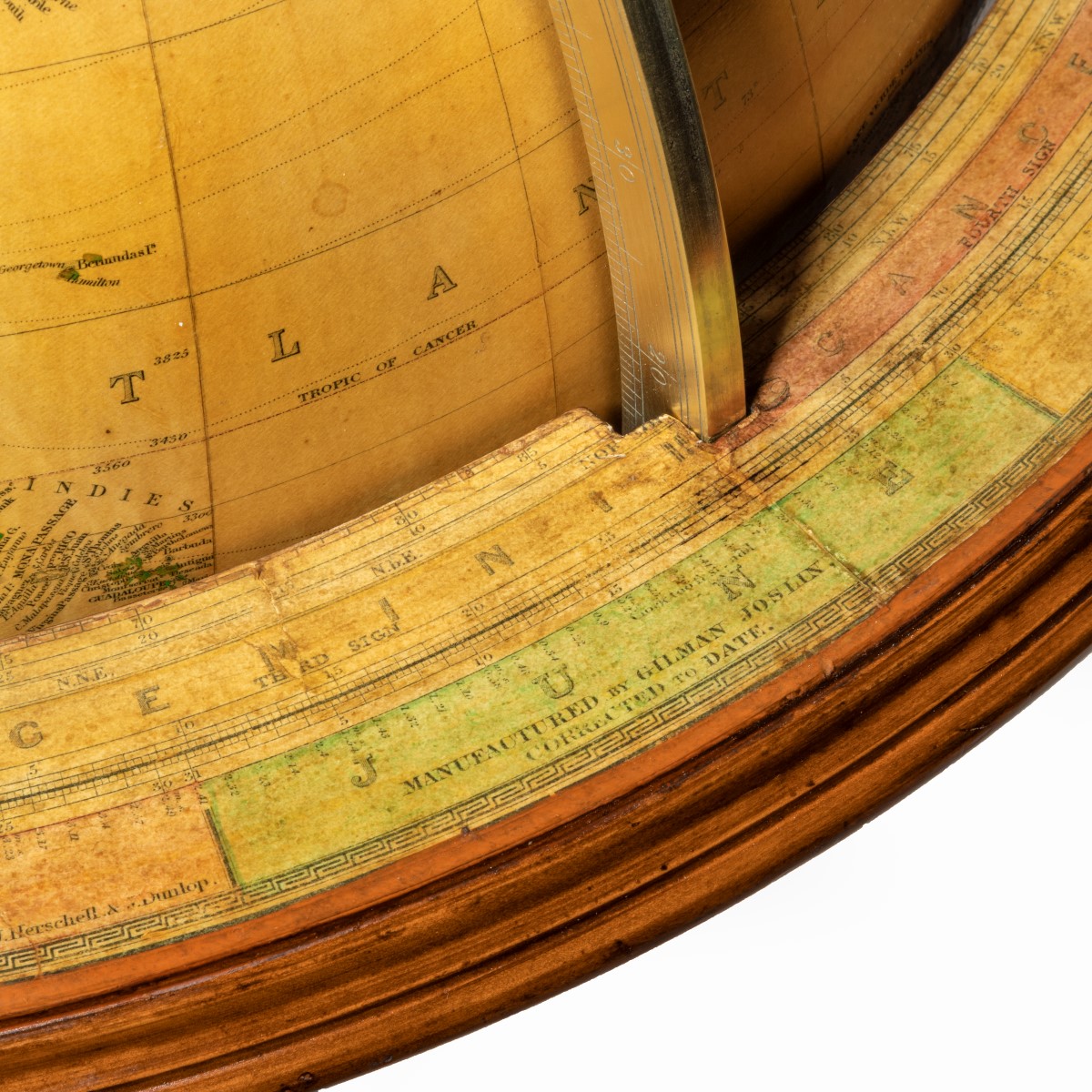 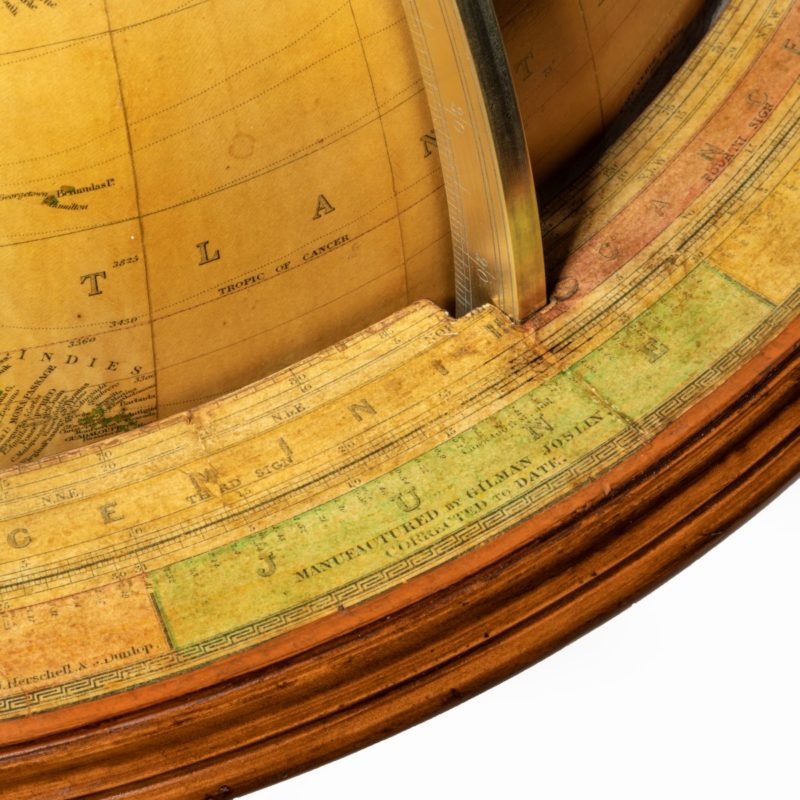 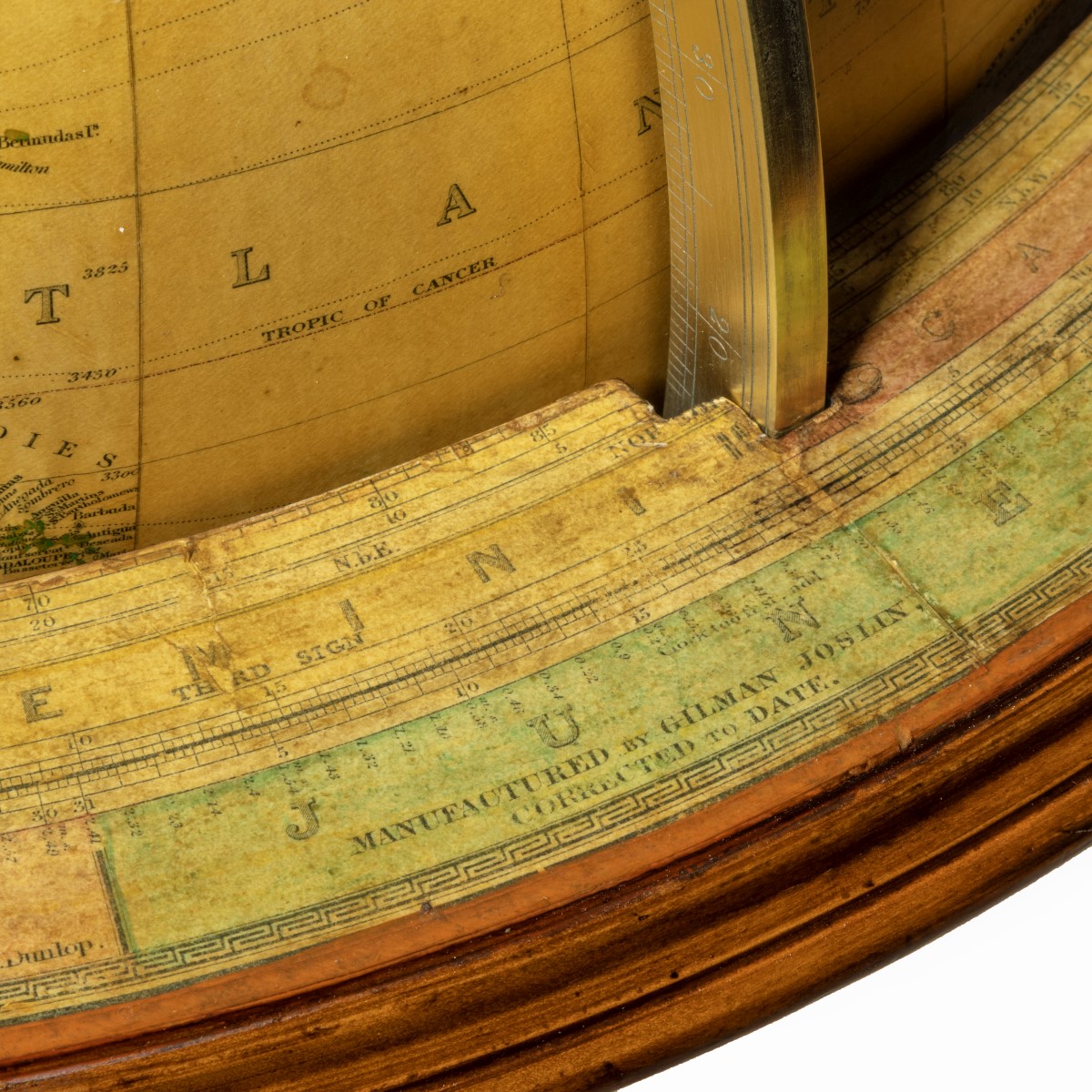 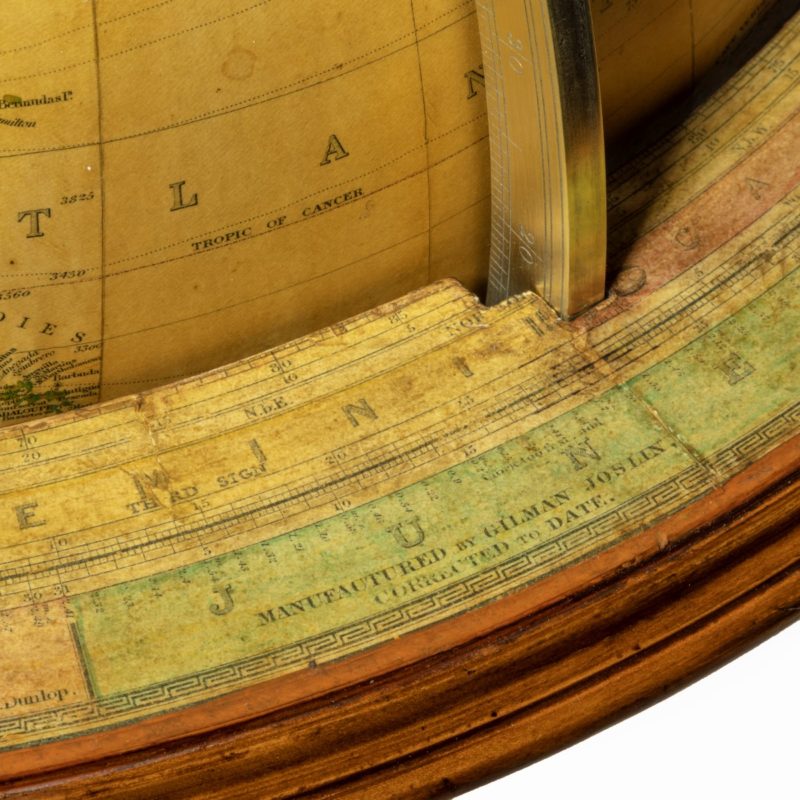 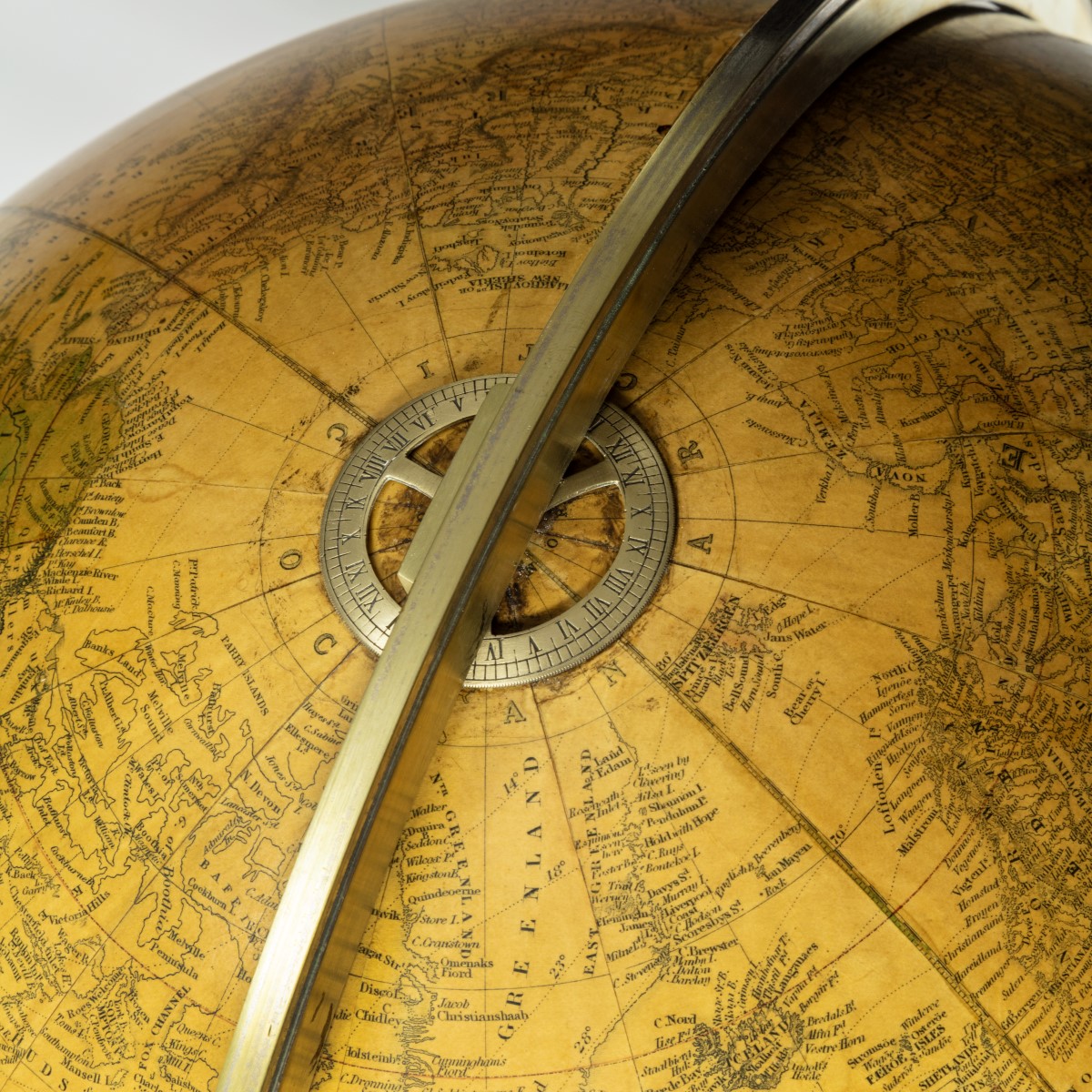 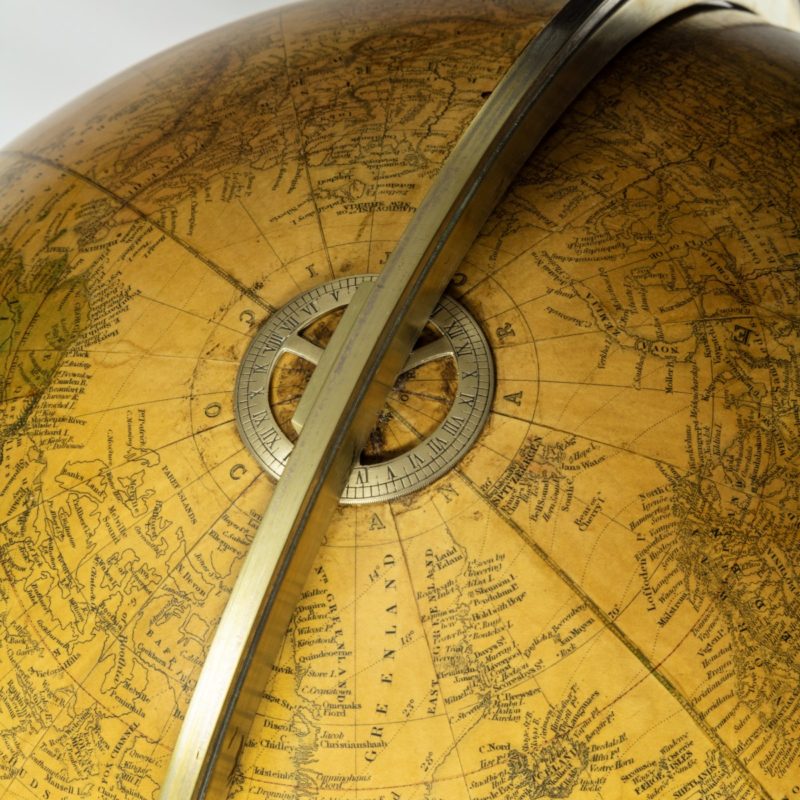 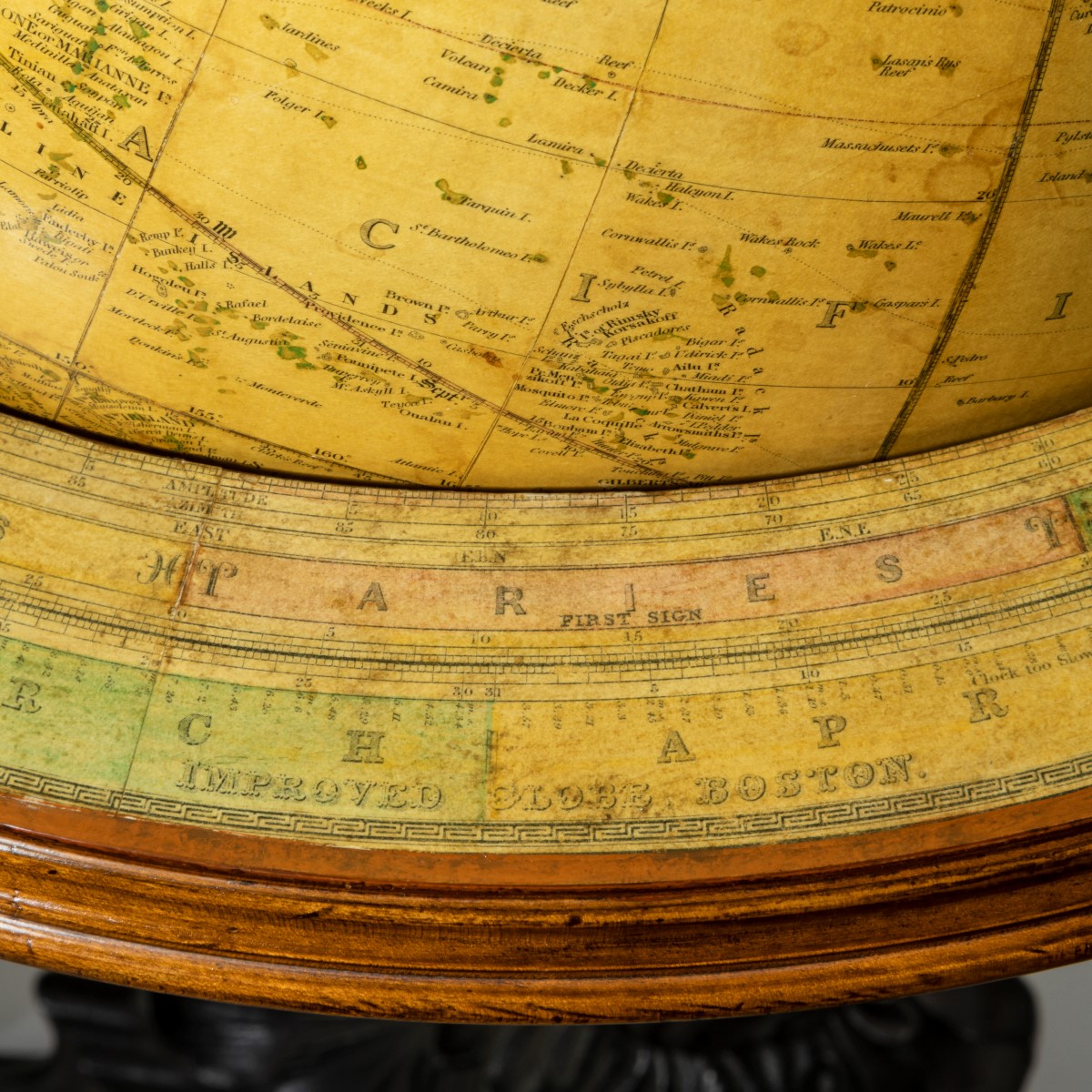 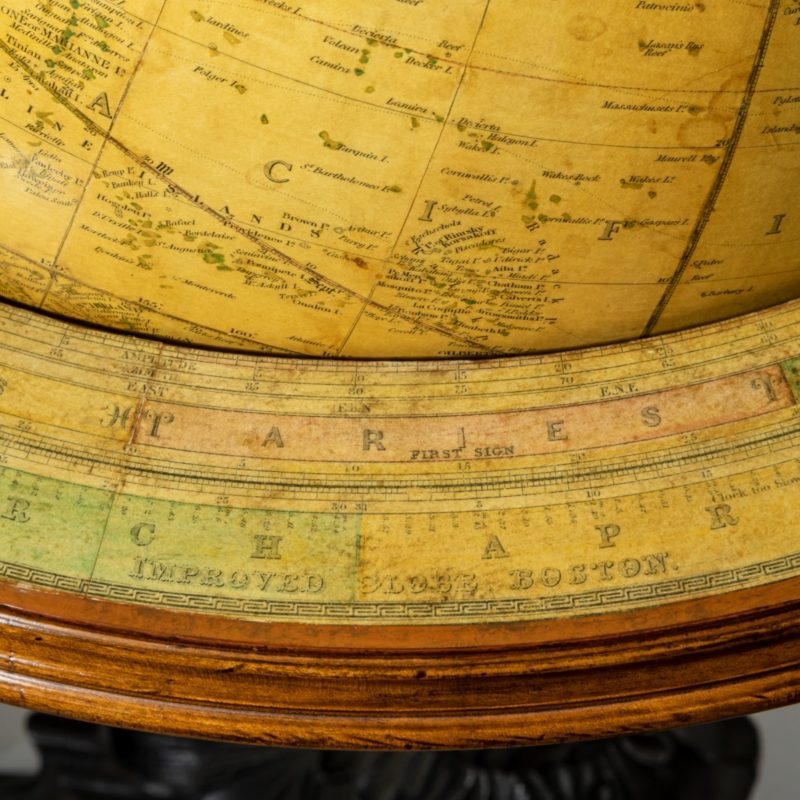 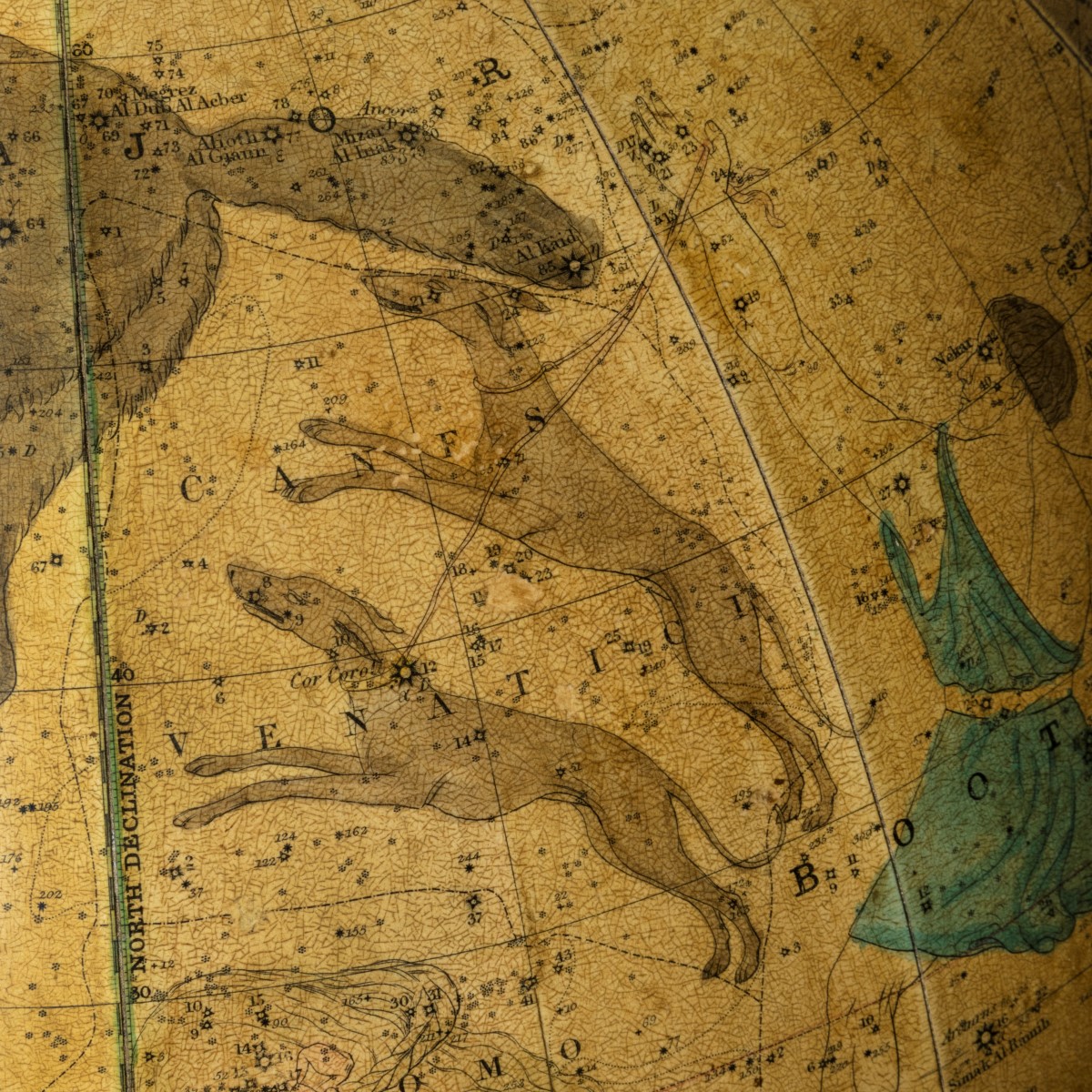 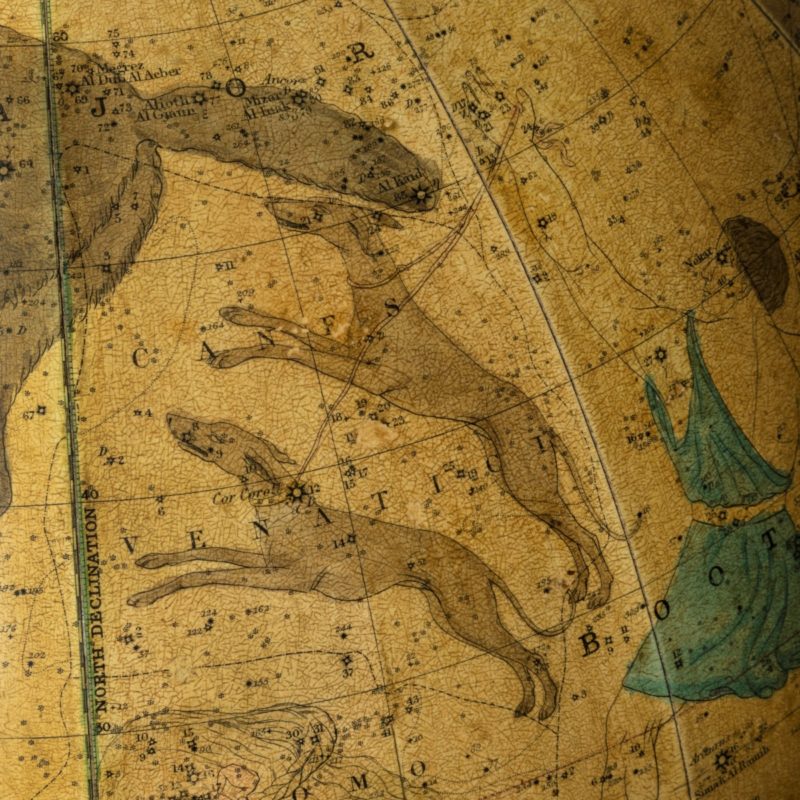 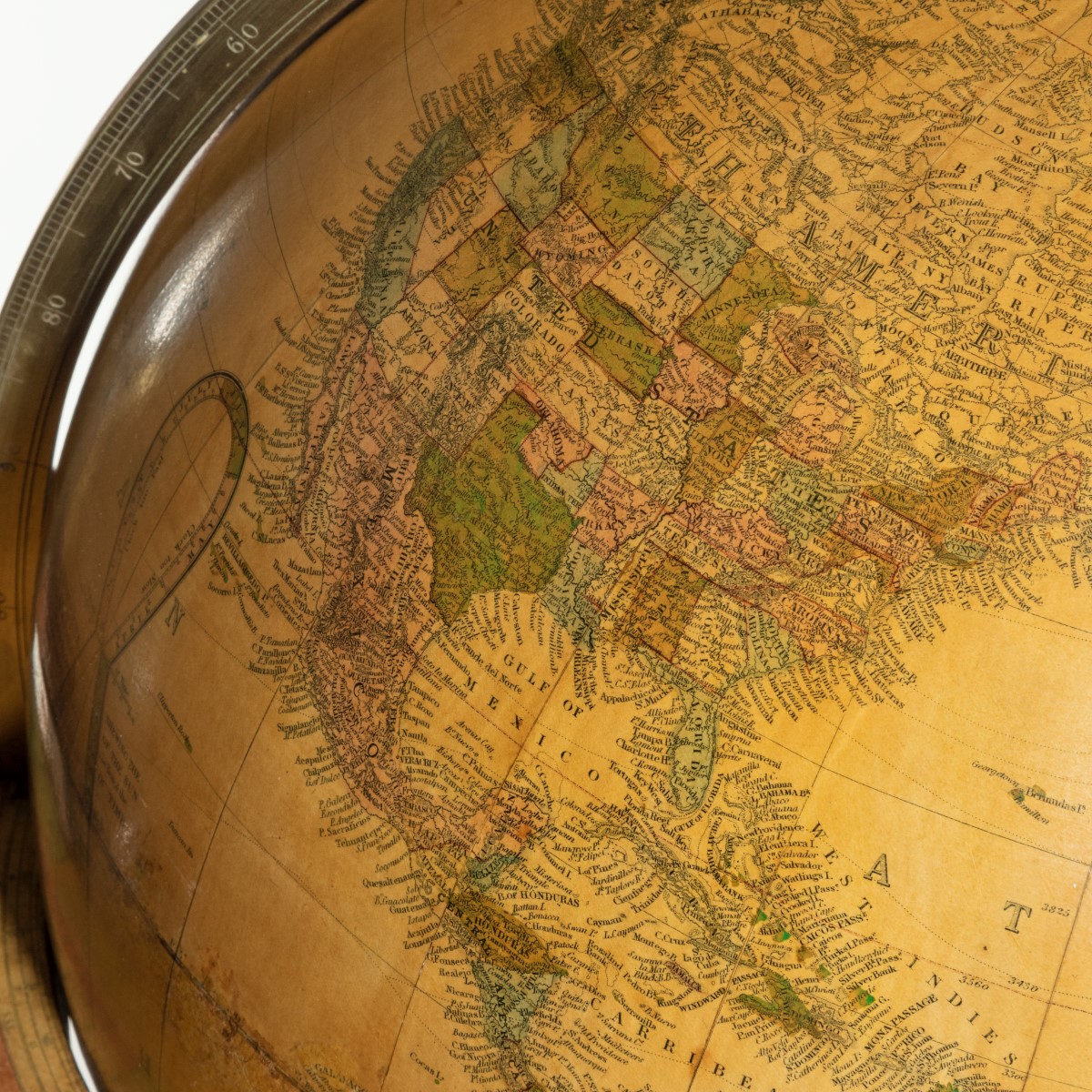 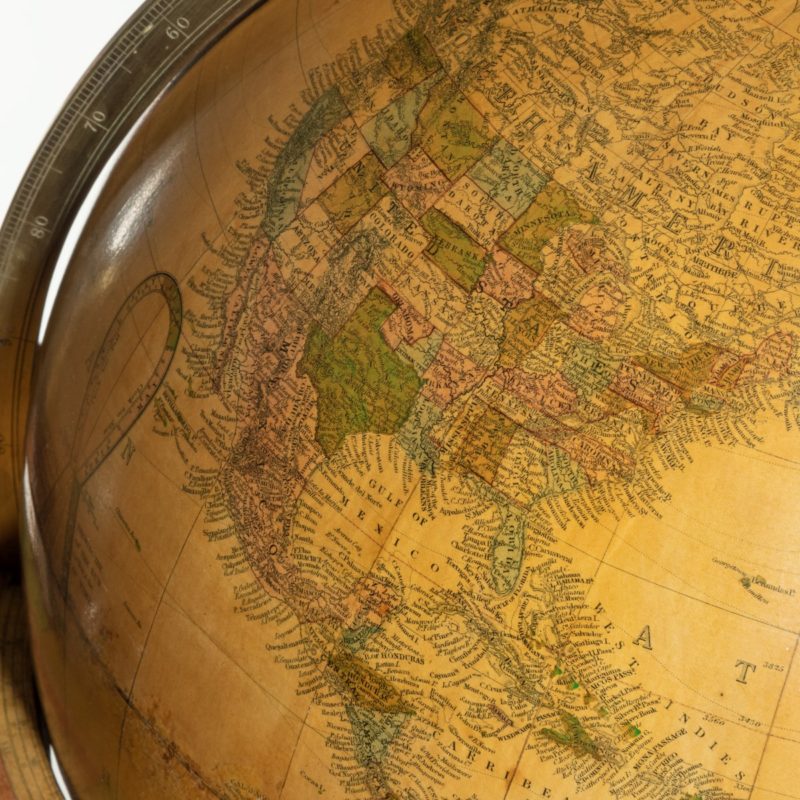 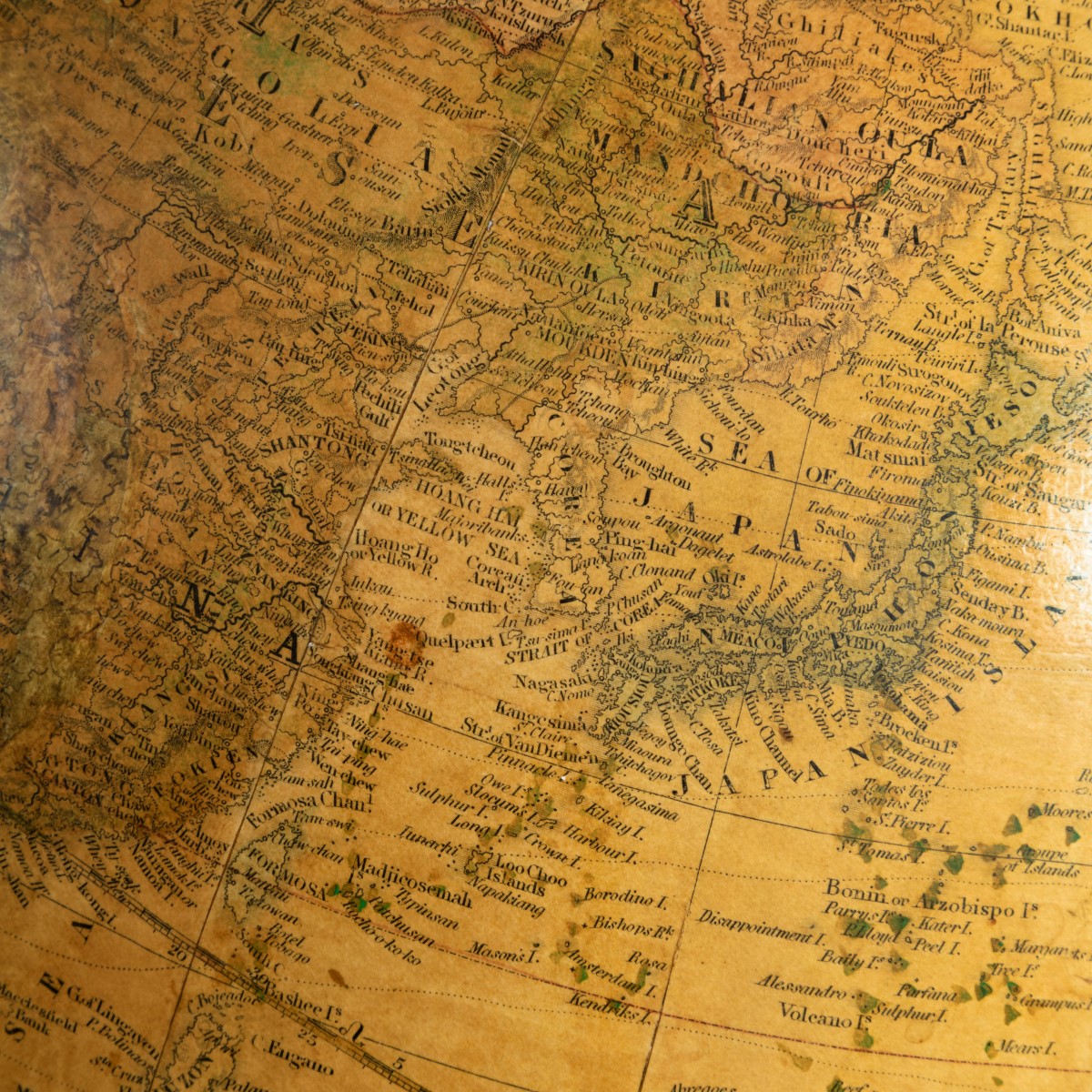 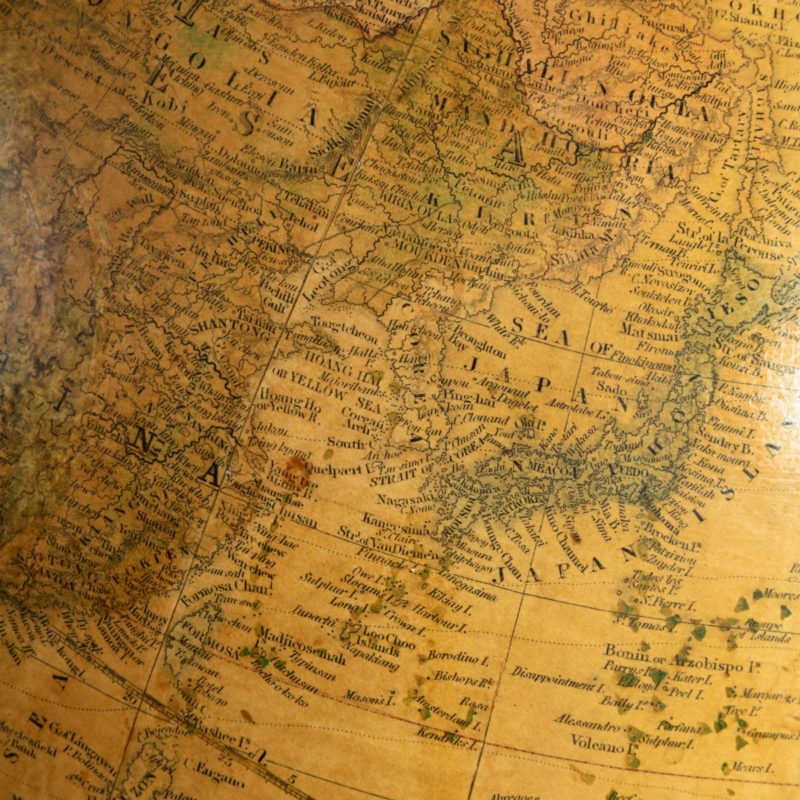 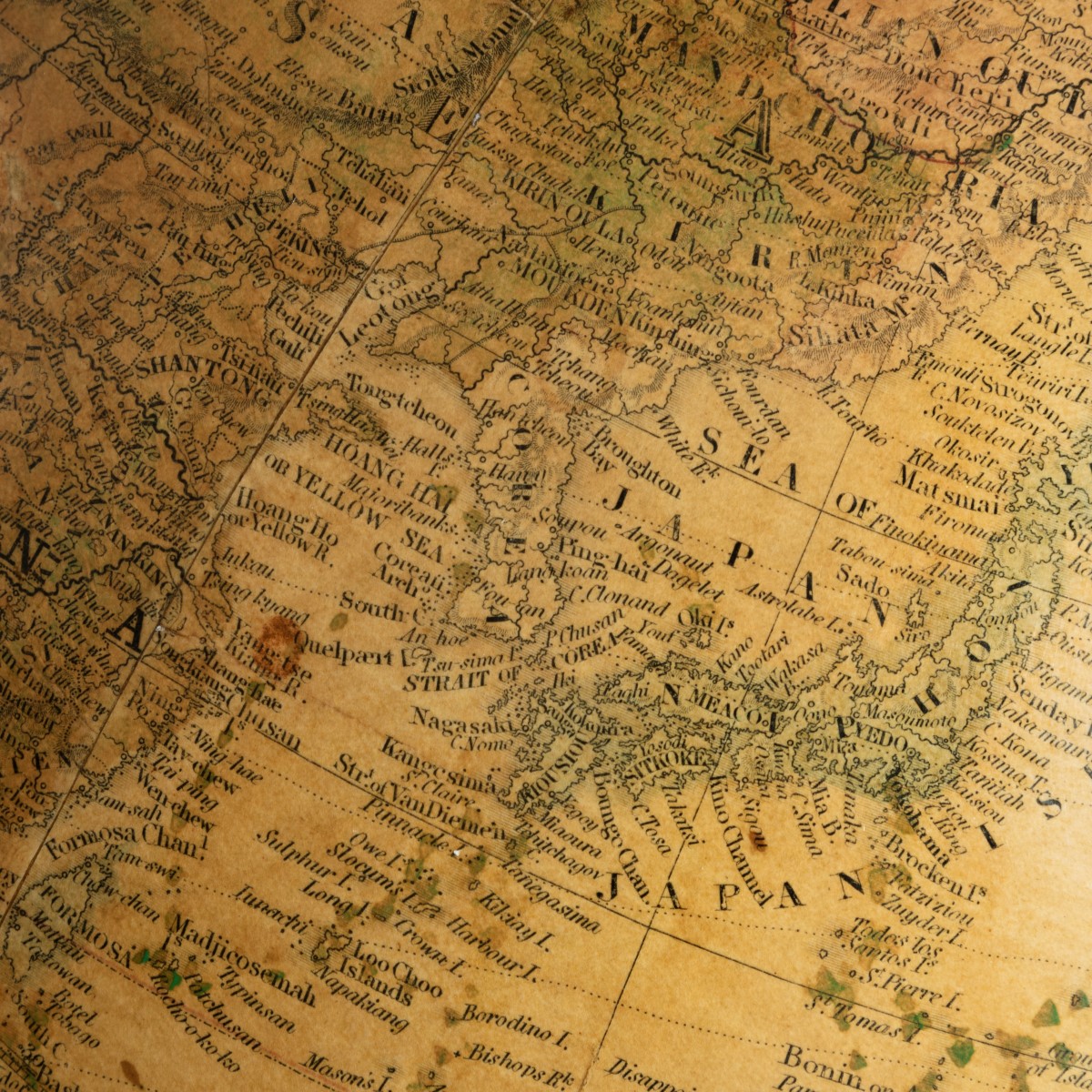 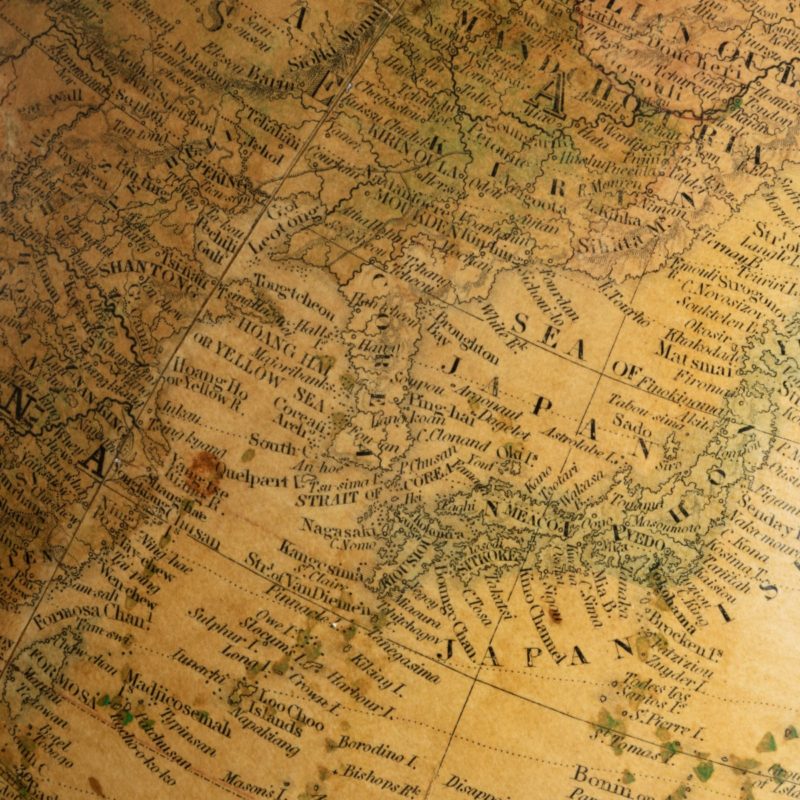 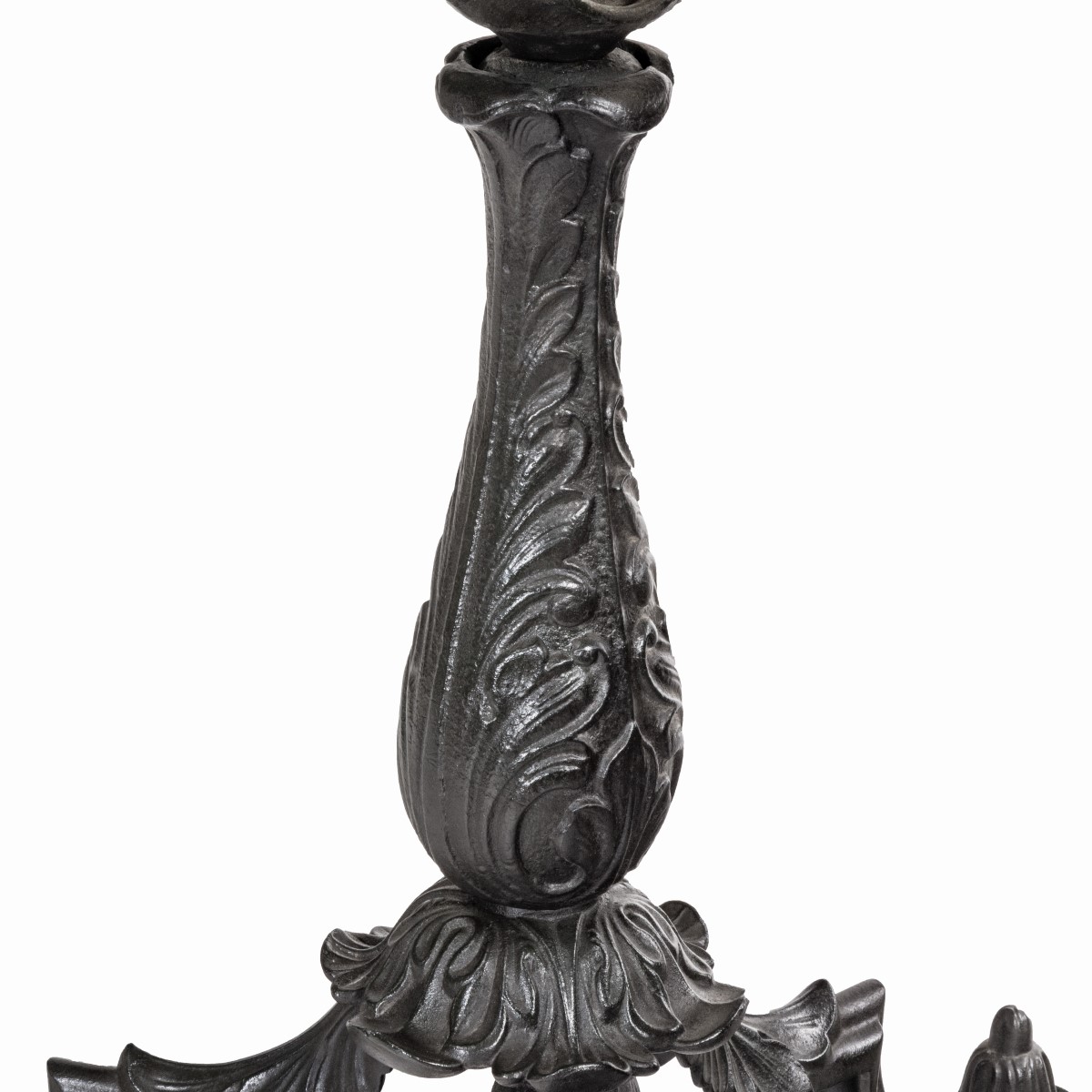 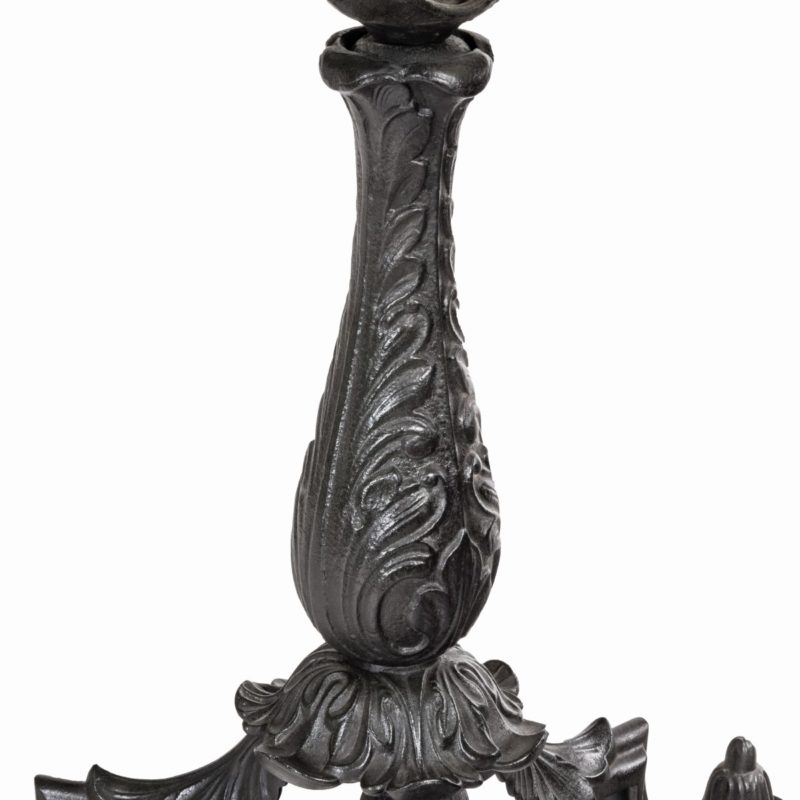 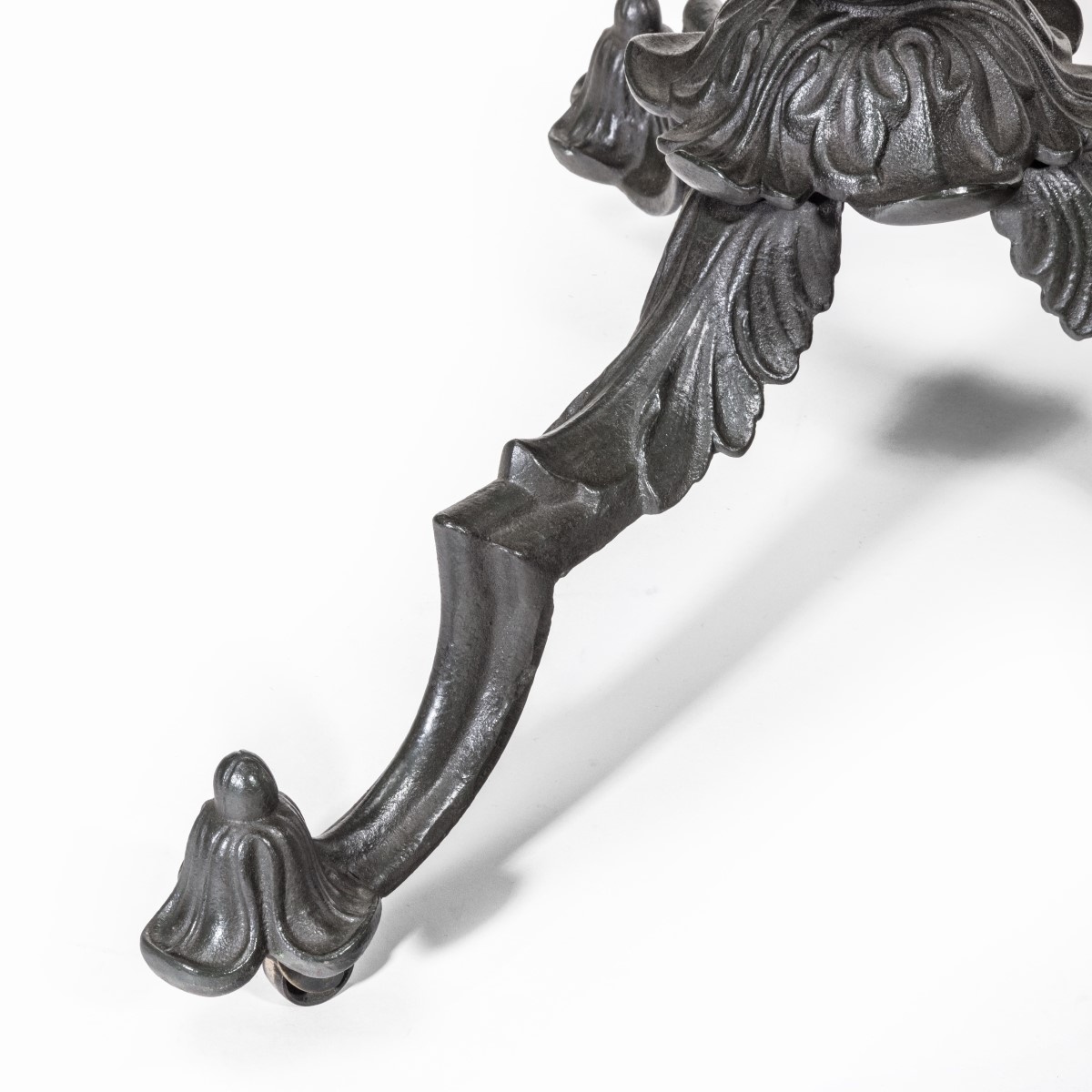 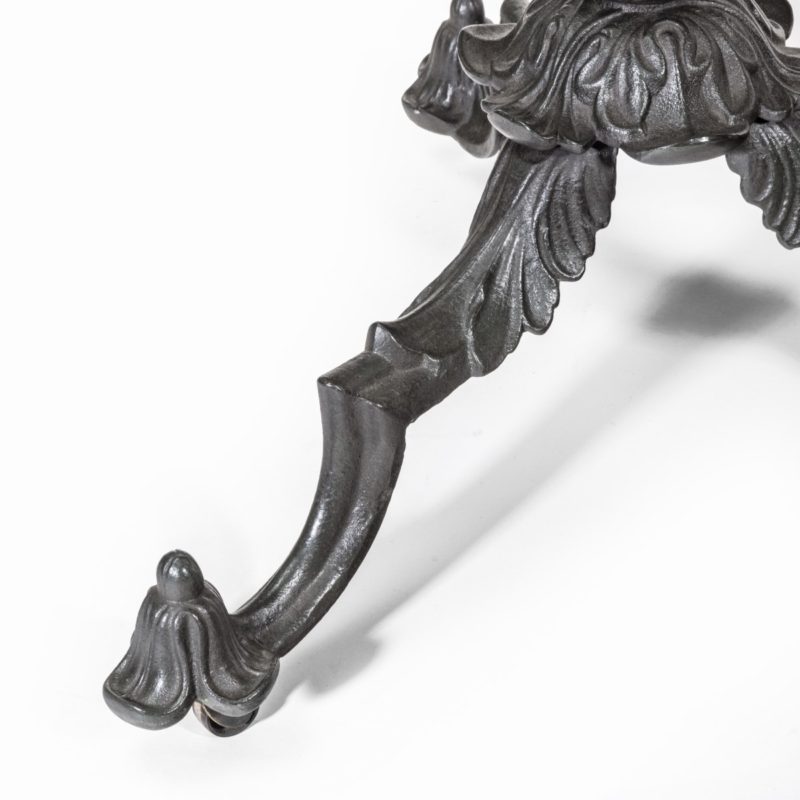 A Pair of 16-inch floor standing globes by Gilman Joslin

A Pair of 16-inch floor standing globes by Gilman Joslin, each set into a cast-iron tripod base with an acanthus-leaf baluster support on three bracket feet and a revolving horizon ring.  The terrestrial celestial globe inscribed ‘Manufactured by Gilman Joslin’ and ‘Improved Globe Boston’.  American, circa 1870.

Footnote: Gilman Joslin (1804-1886) trained as a wood turner and looking-glass make.  He went to work for pioneering Boston globe maker Josiah Loring in 1837. He took over Loring’s business by 1839, and that year he issued the first globes under his own name, a terrestrial and celestial pair 6” in diameter. By mid-century he was employing three men and two women and boasted a 3-horsepower steam engine for his production. Joslin was eventually succeeded by his son William, and their firm produced globes of various sizes until the end of the 19th century. Joslin worked in many fields, including shipbuilding, in addition to making globes and he was one of the first Americans to make a daguerreotype.