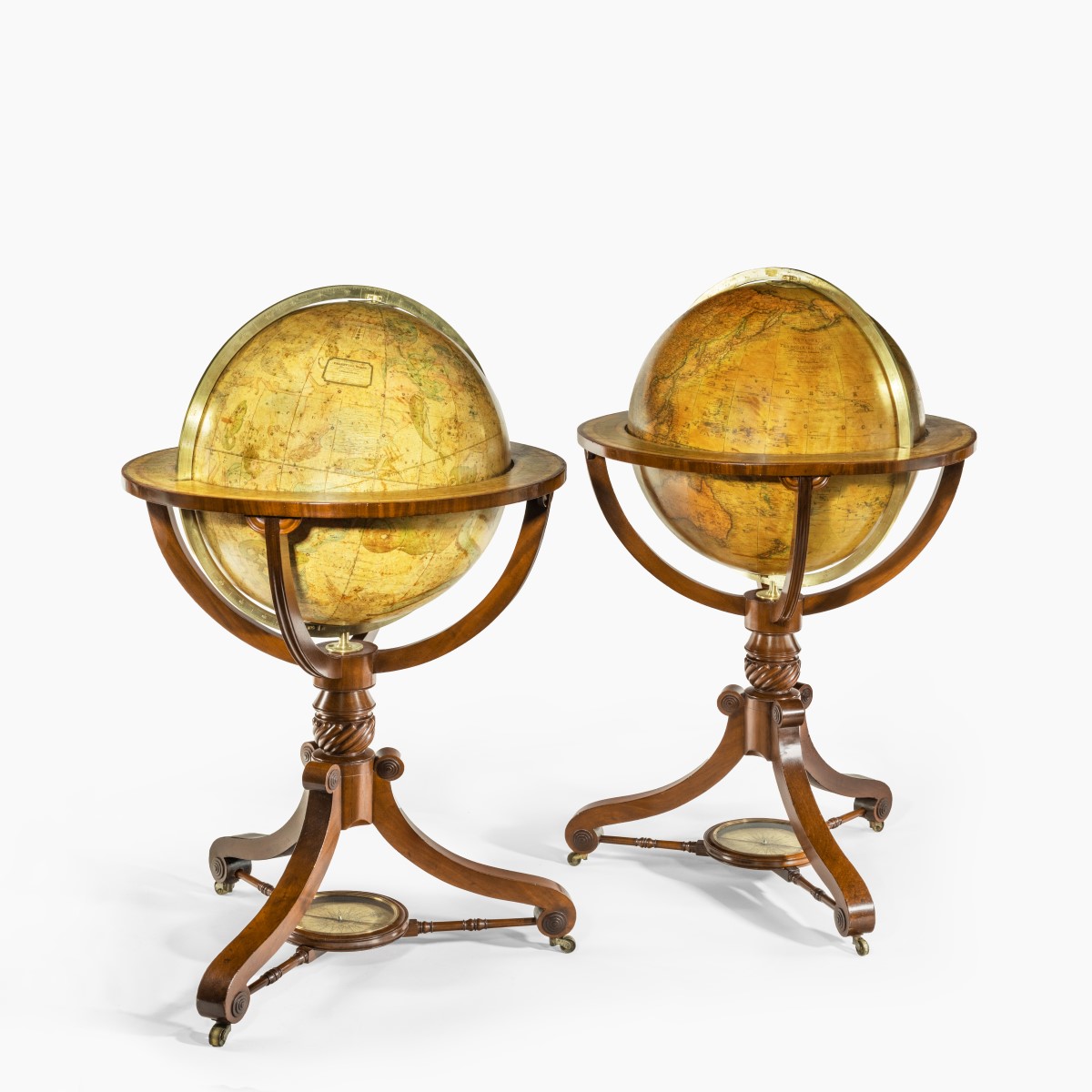 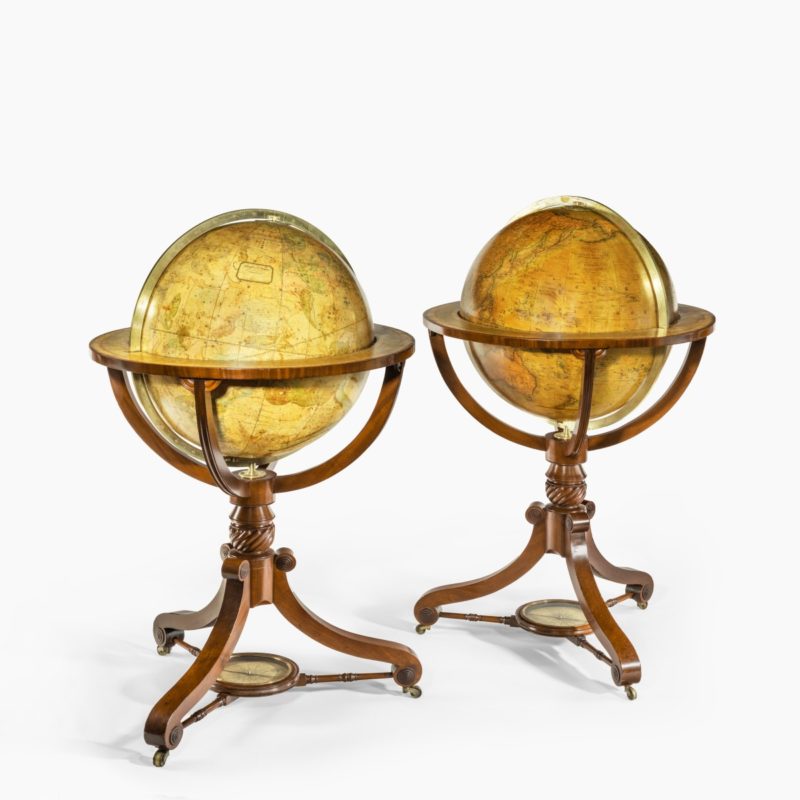 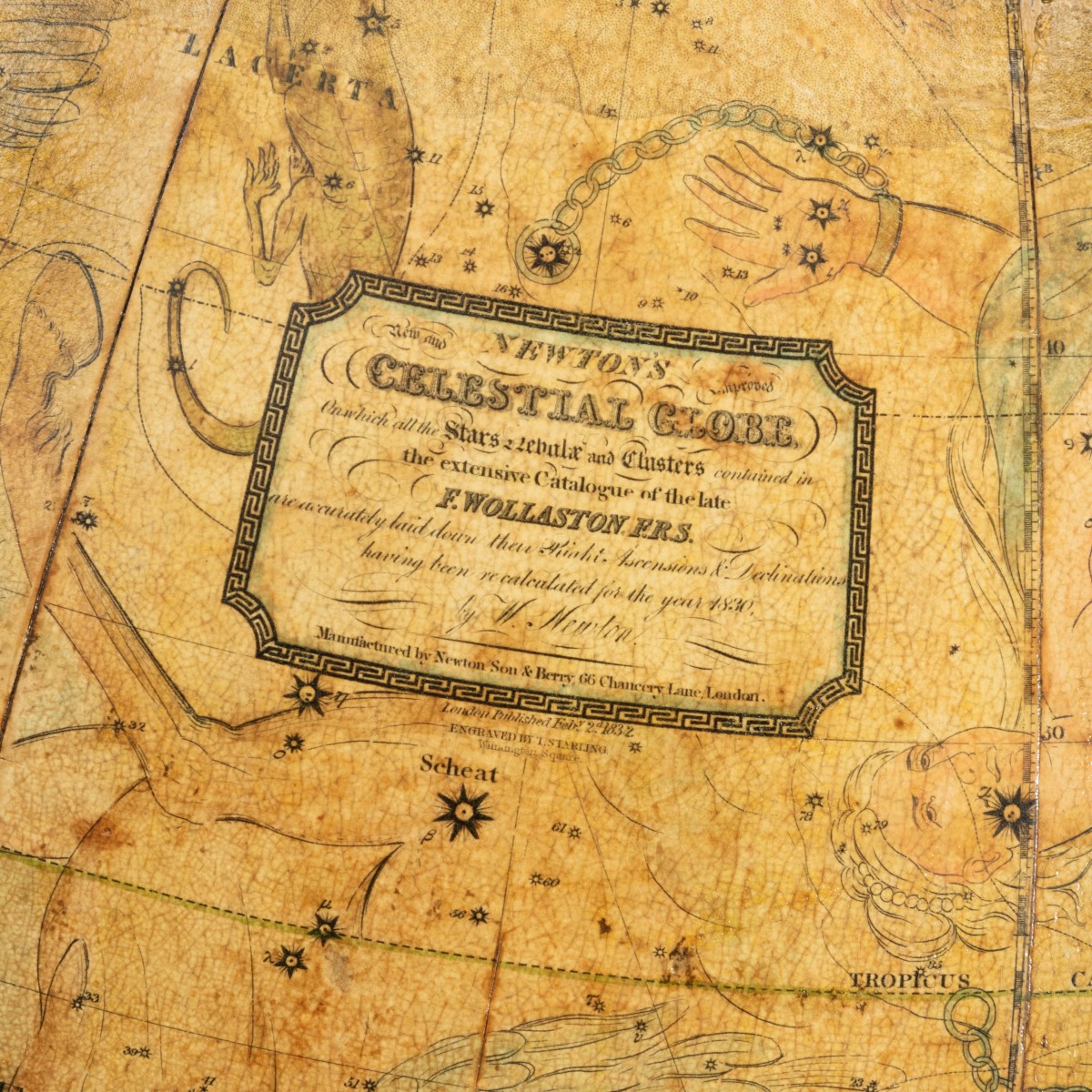 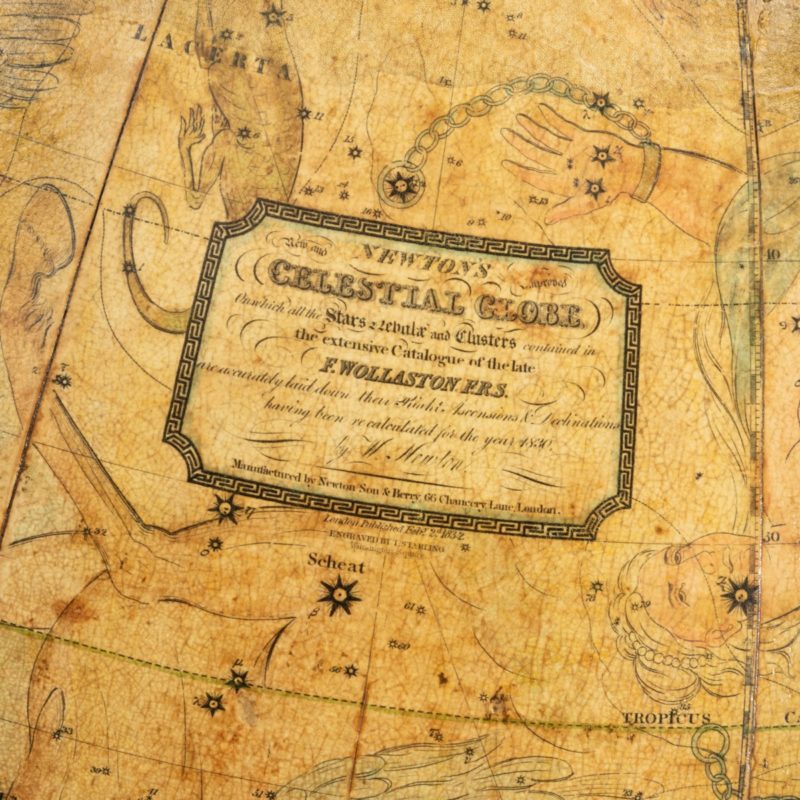 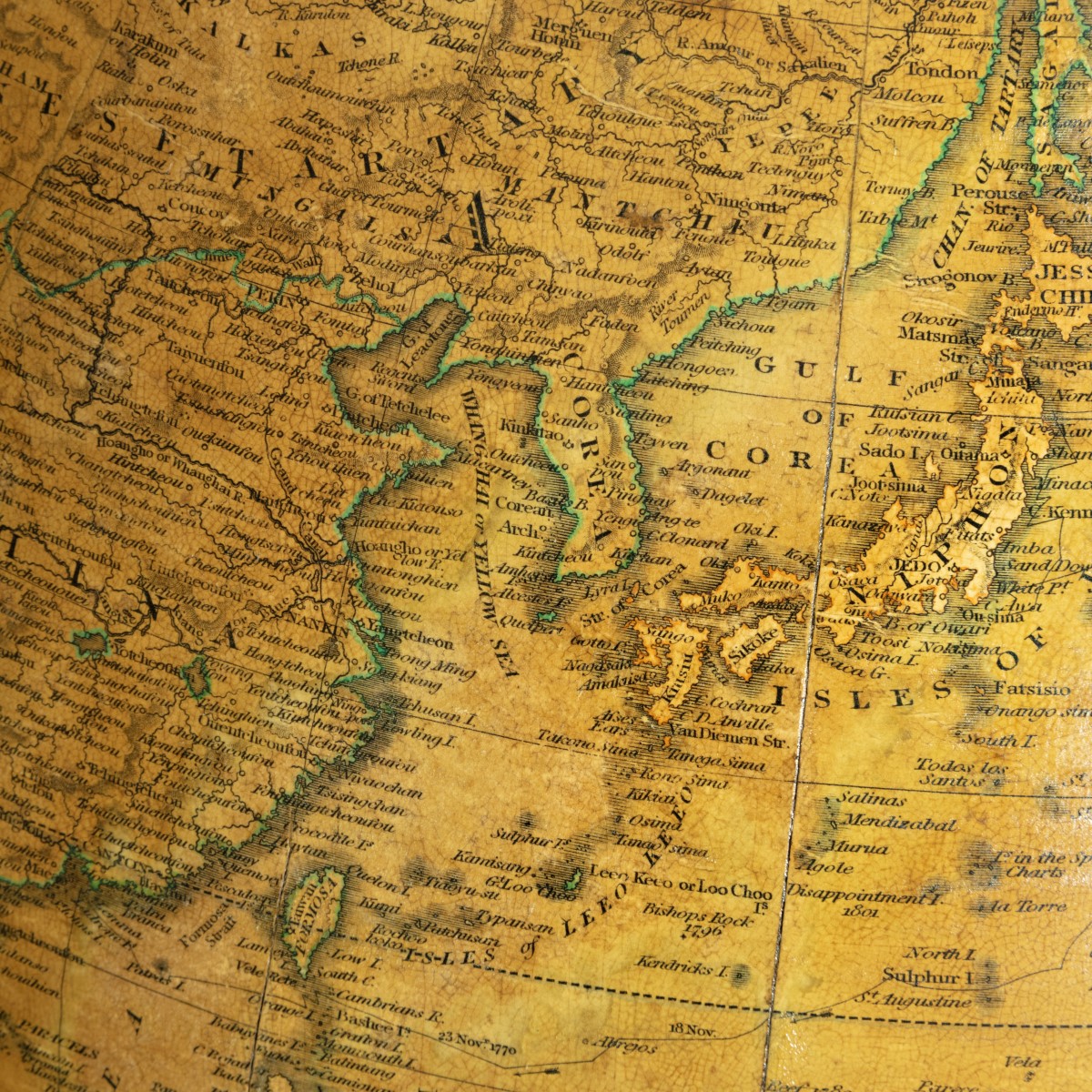 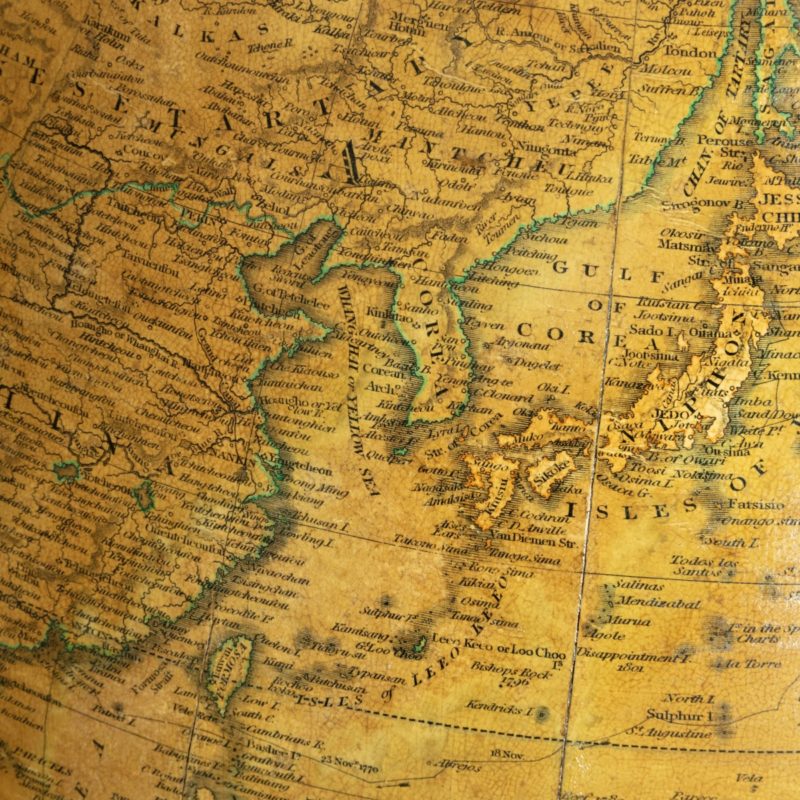 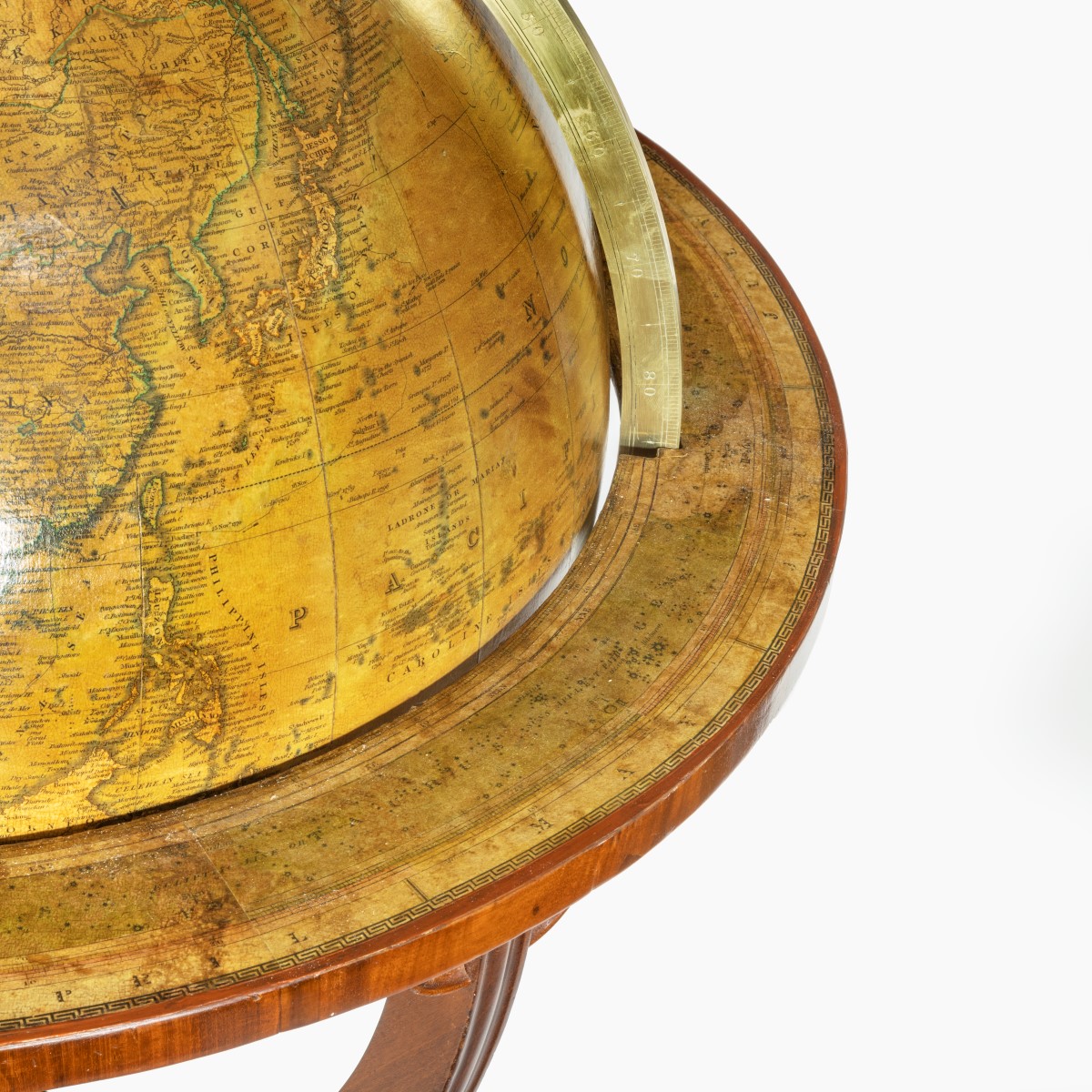 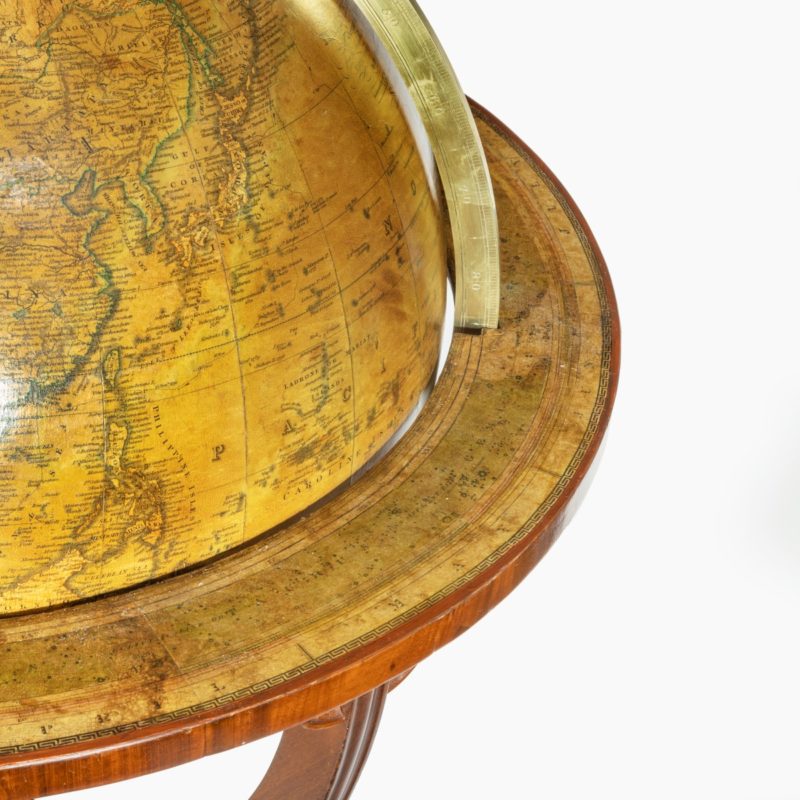 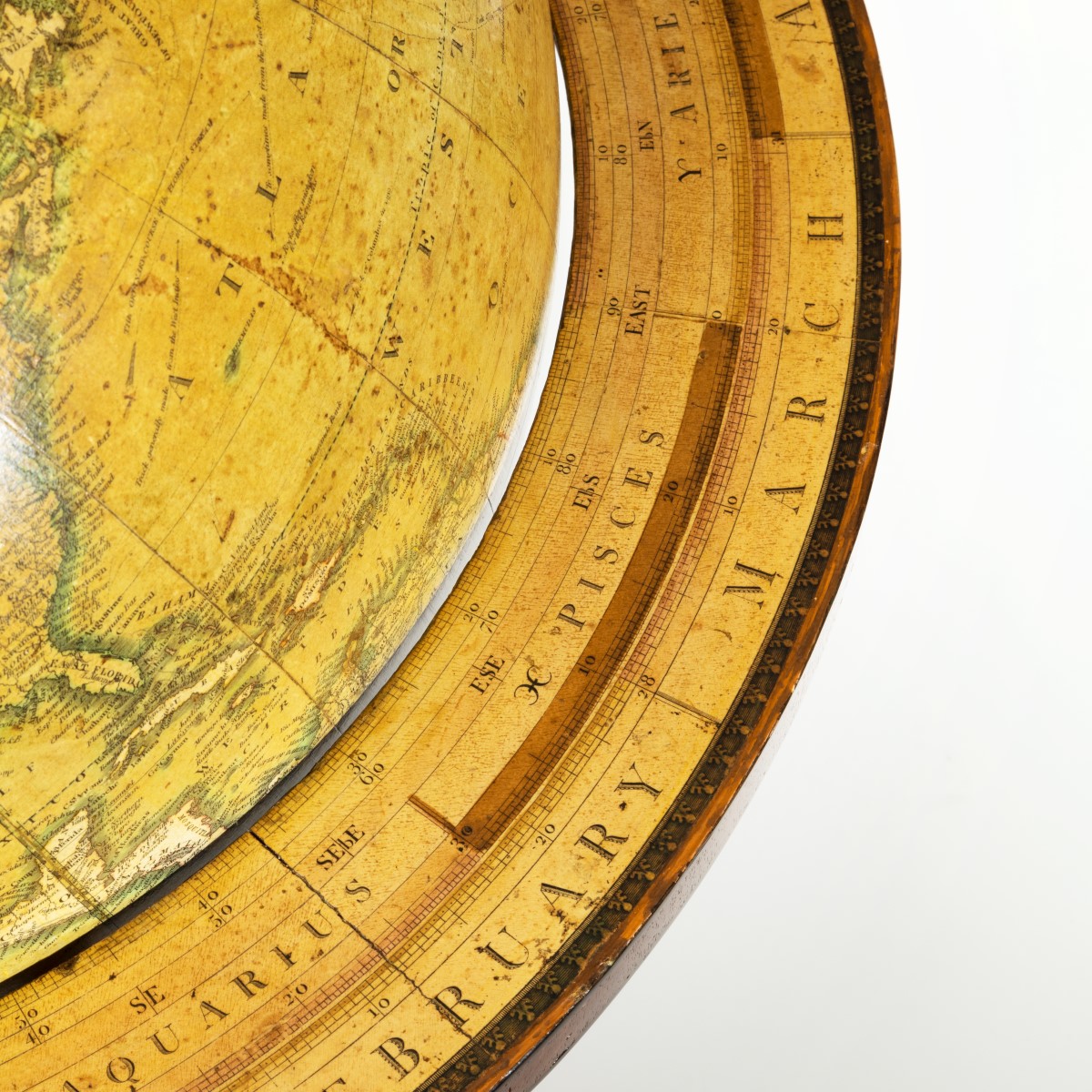 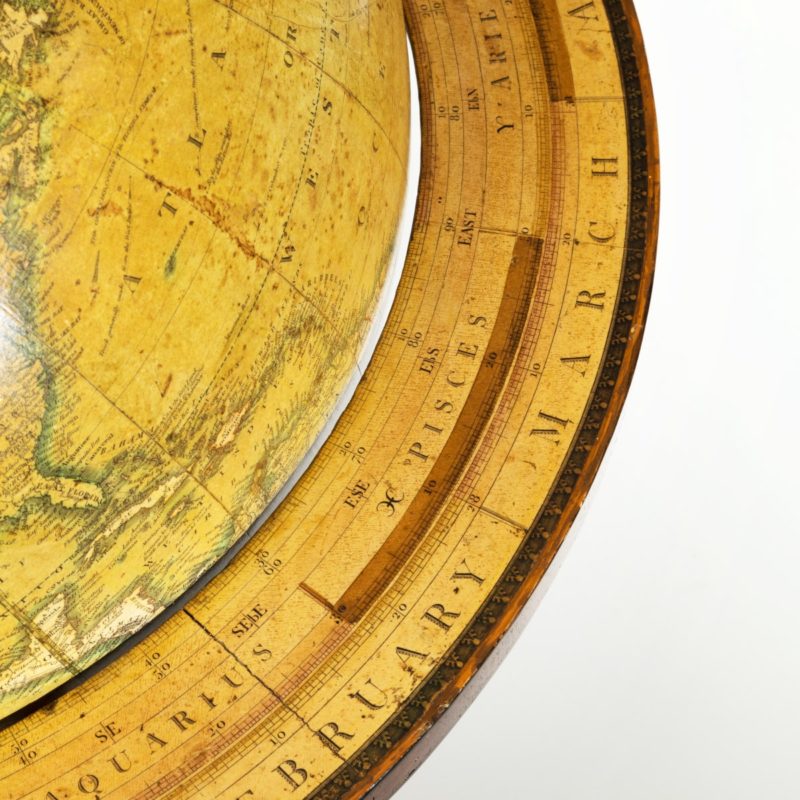 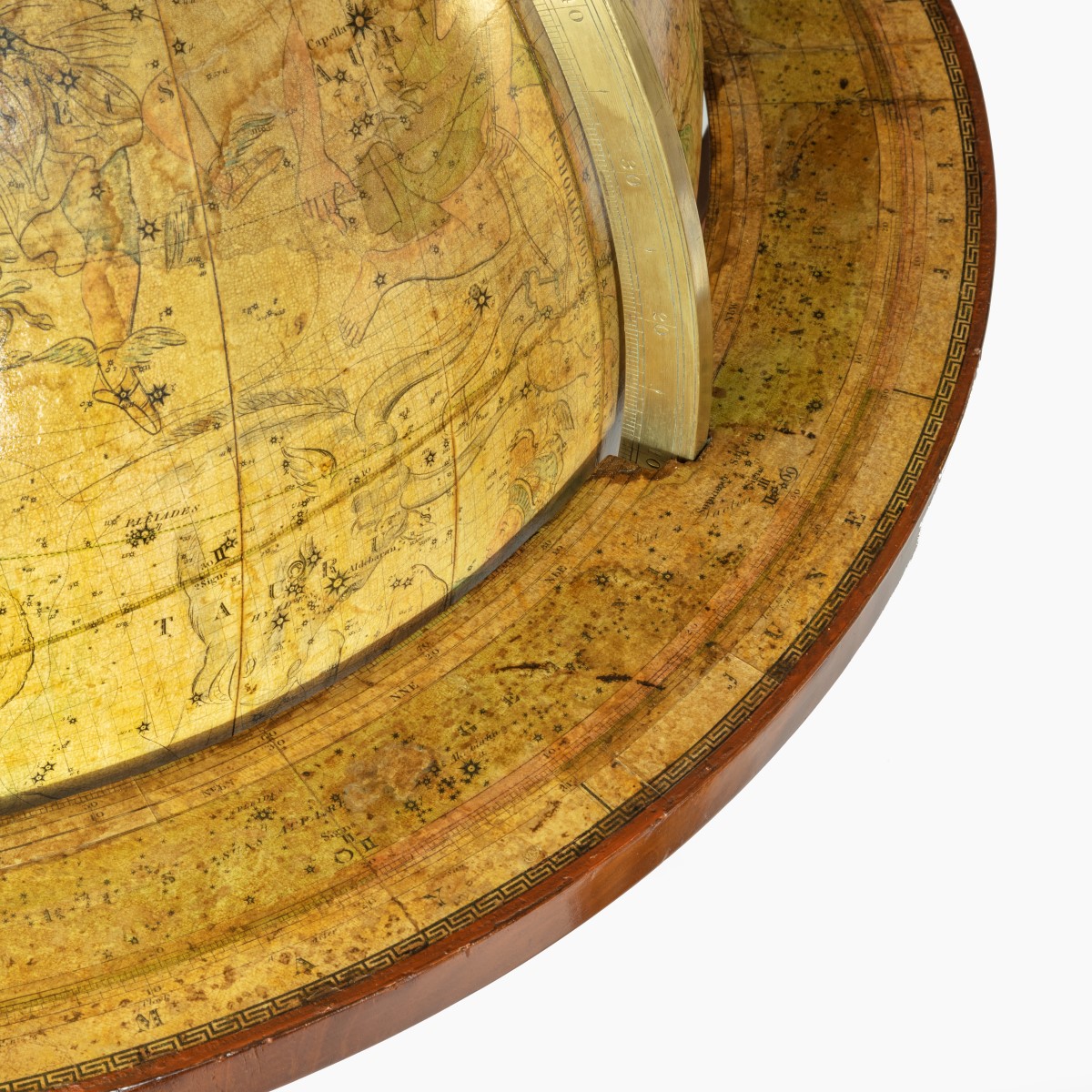 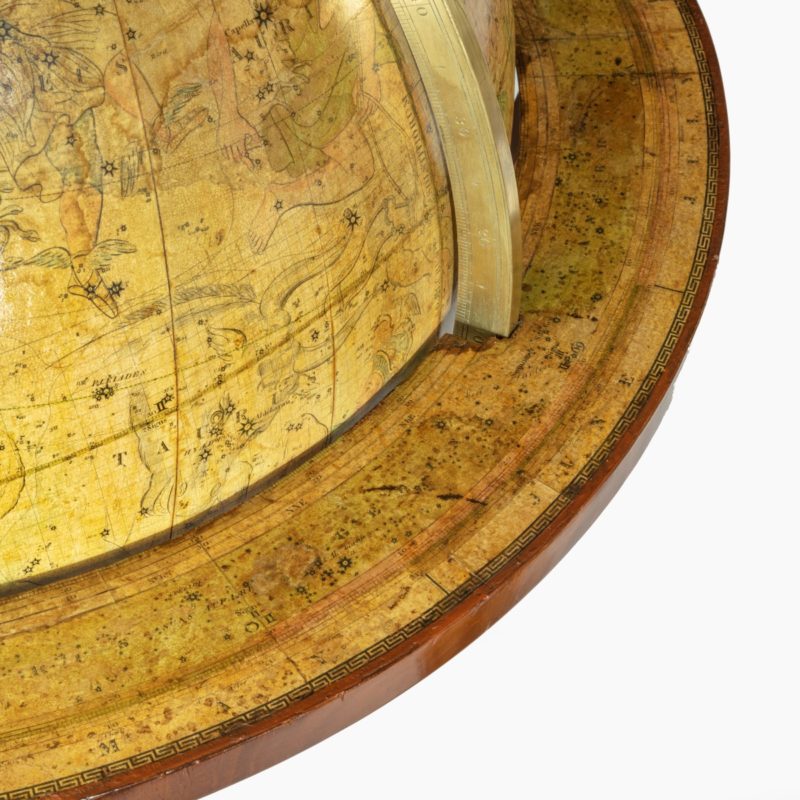 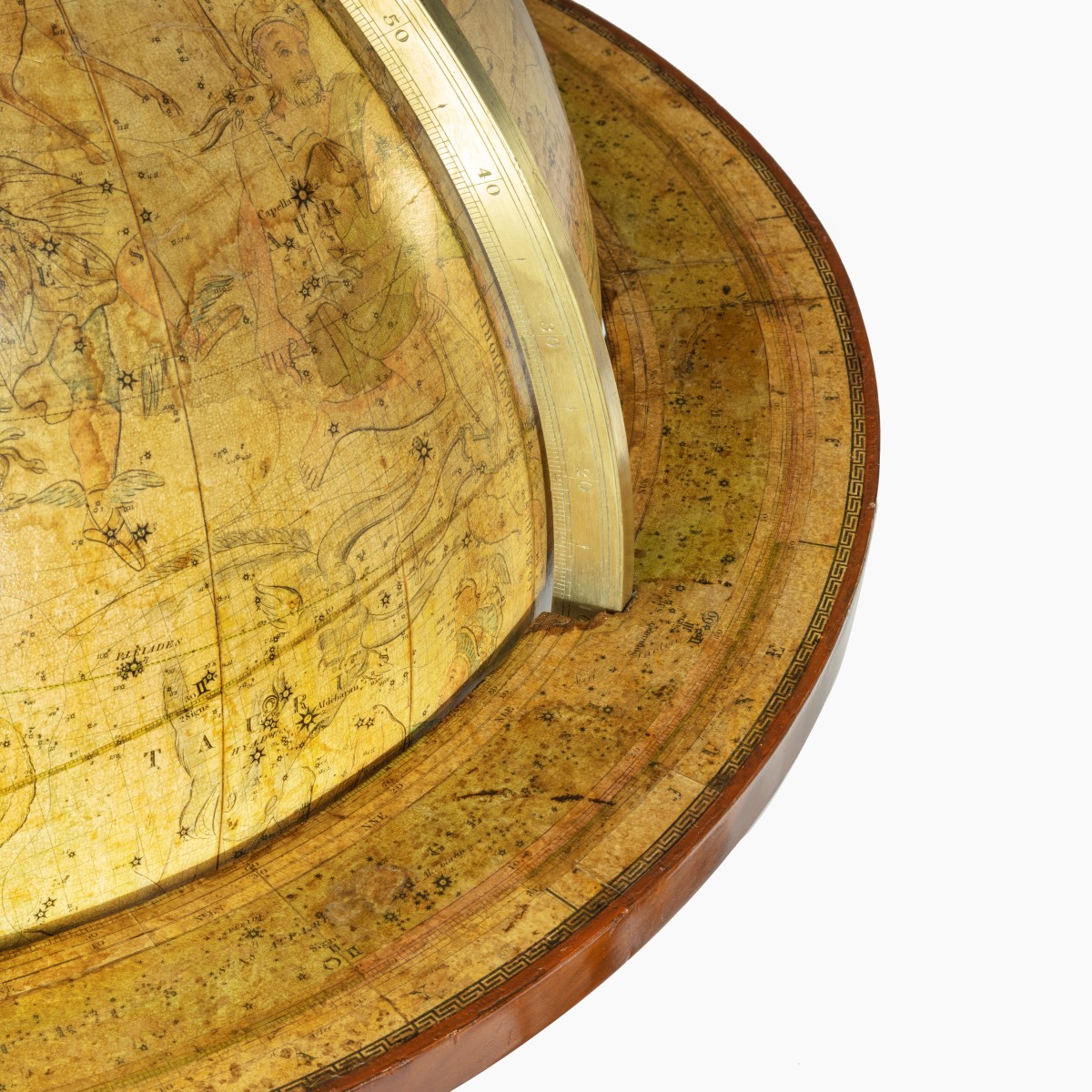 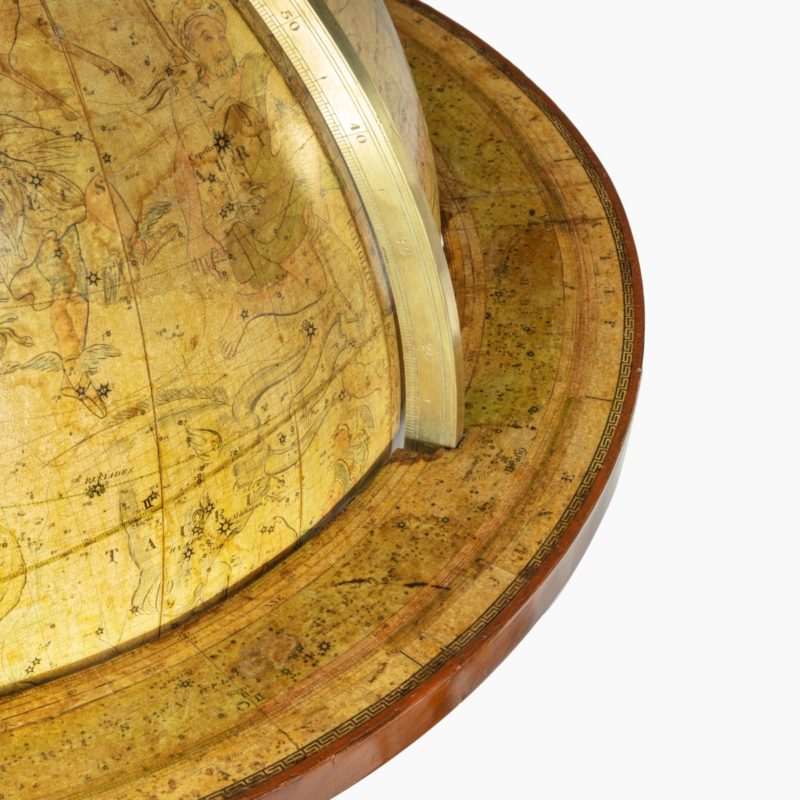 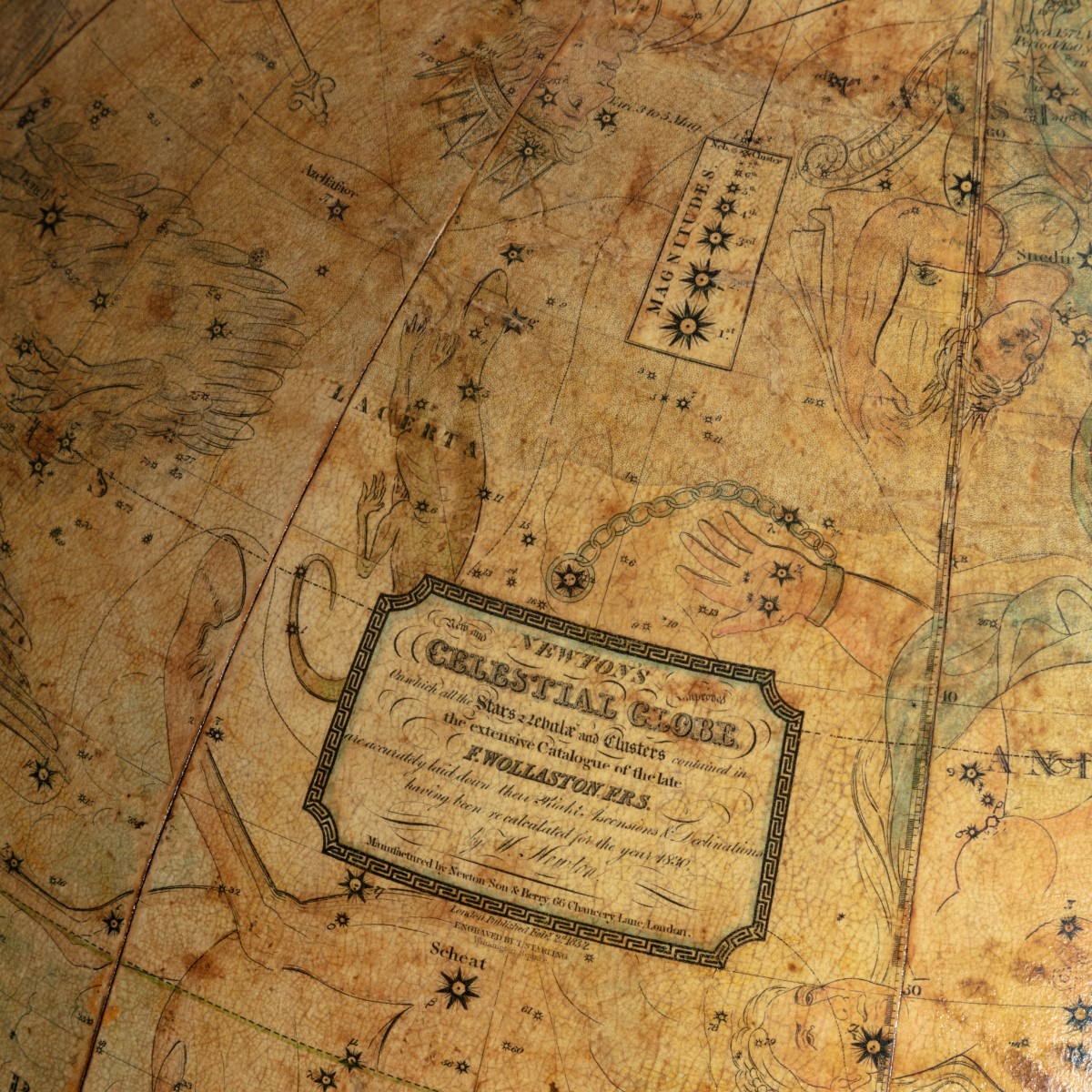 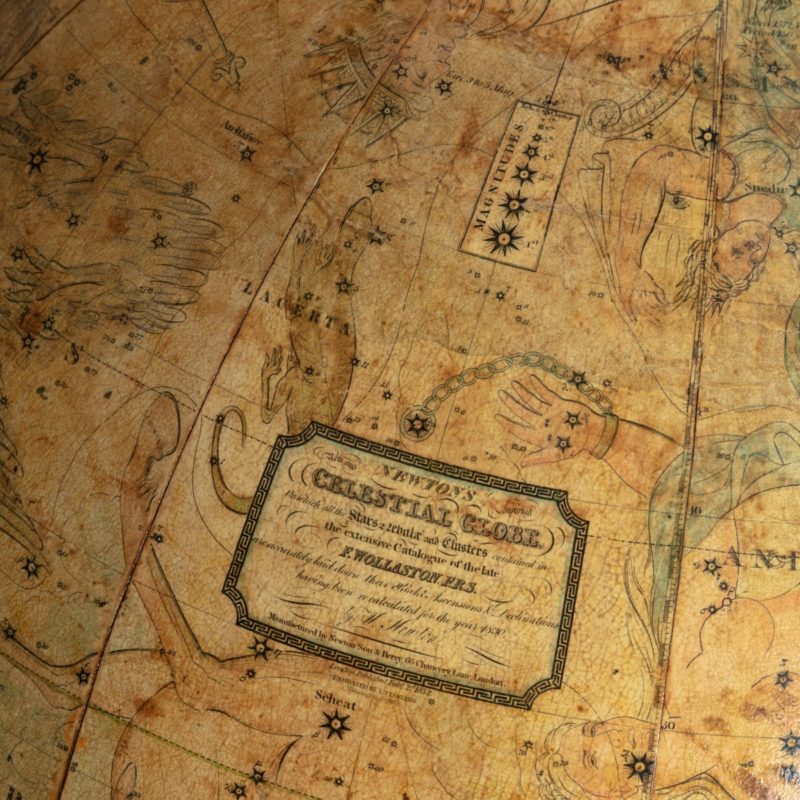 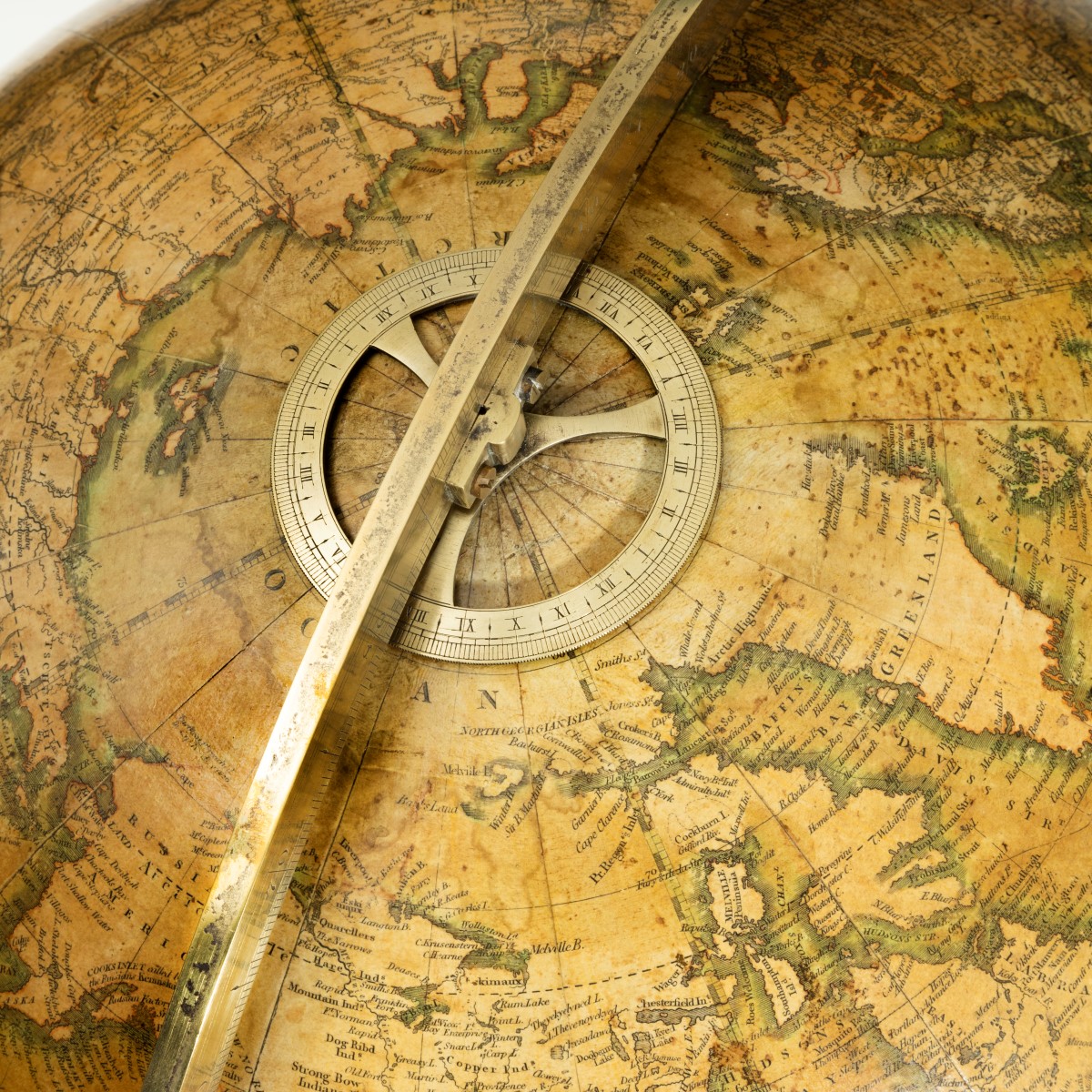 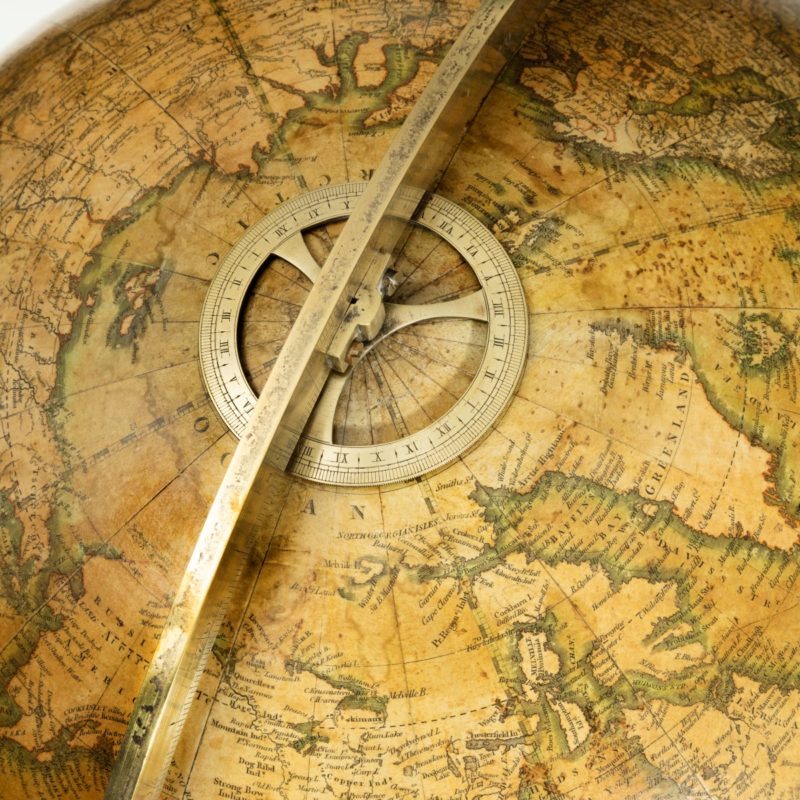 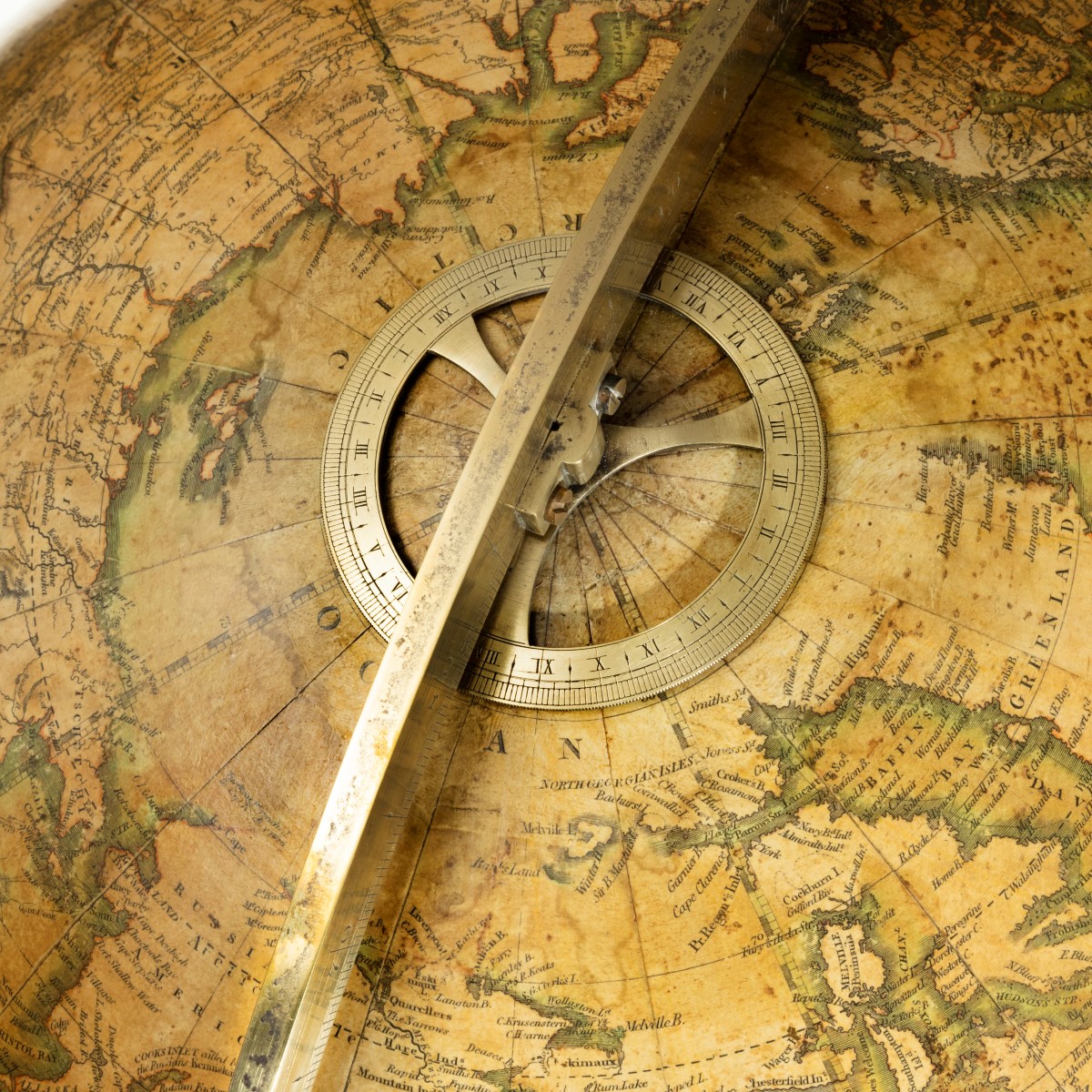 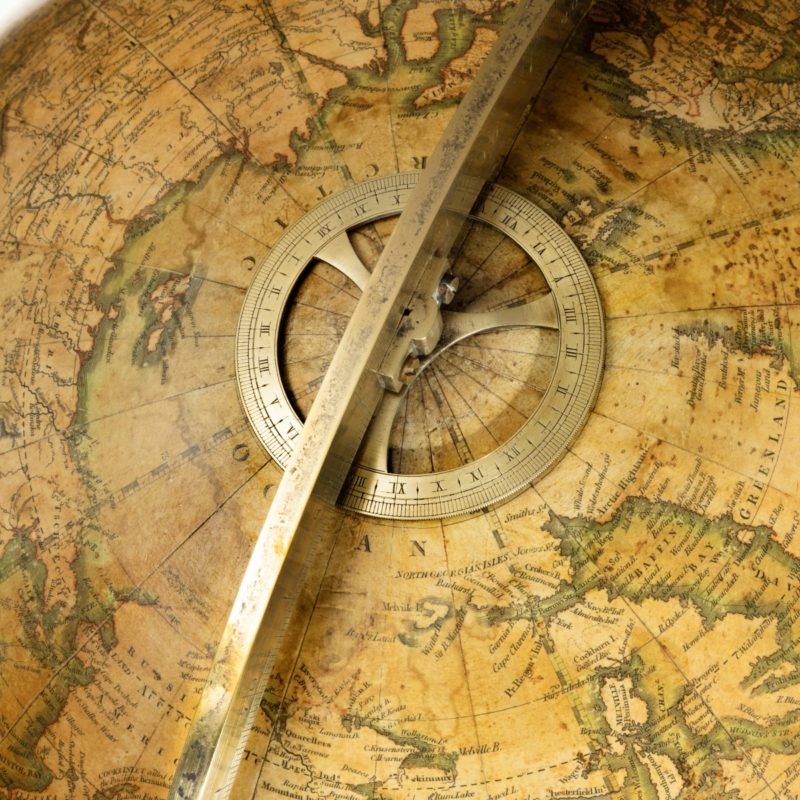 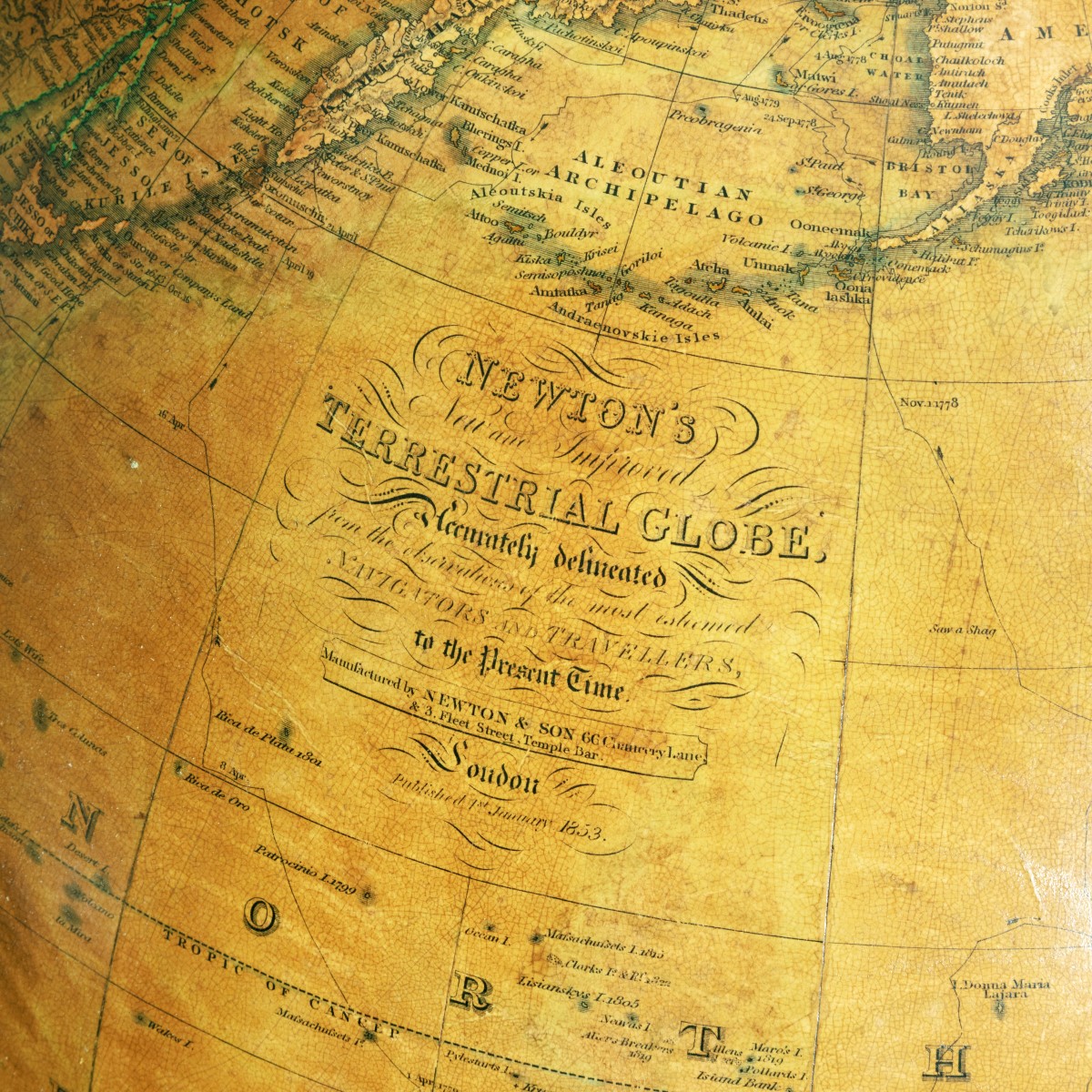 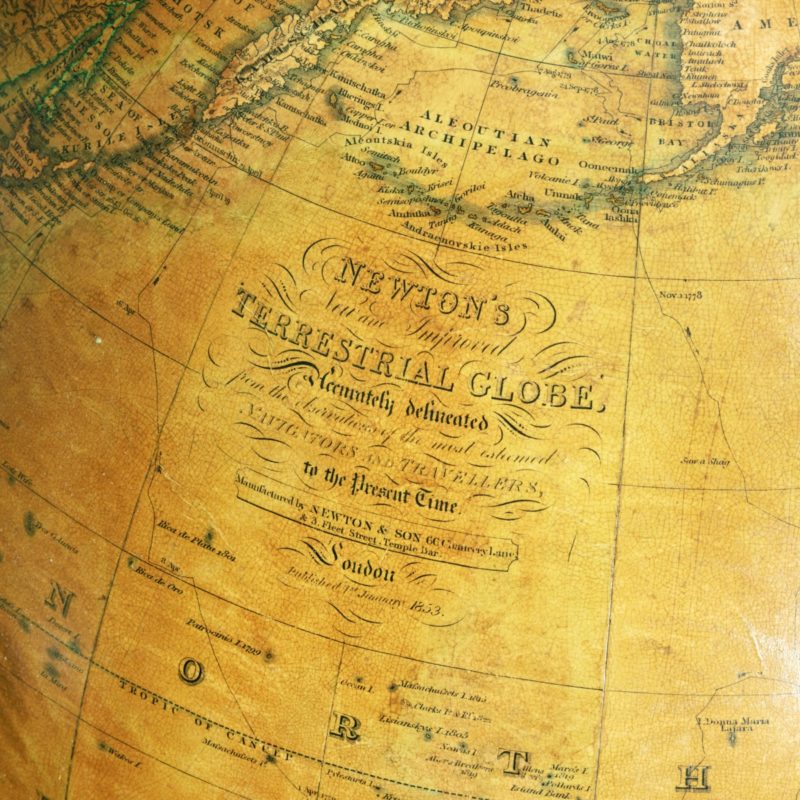 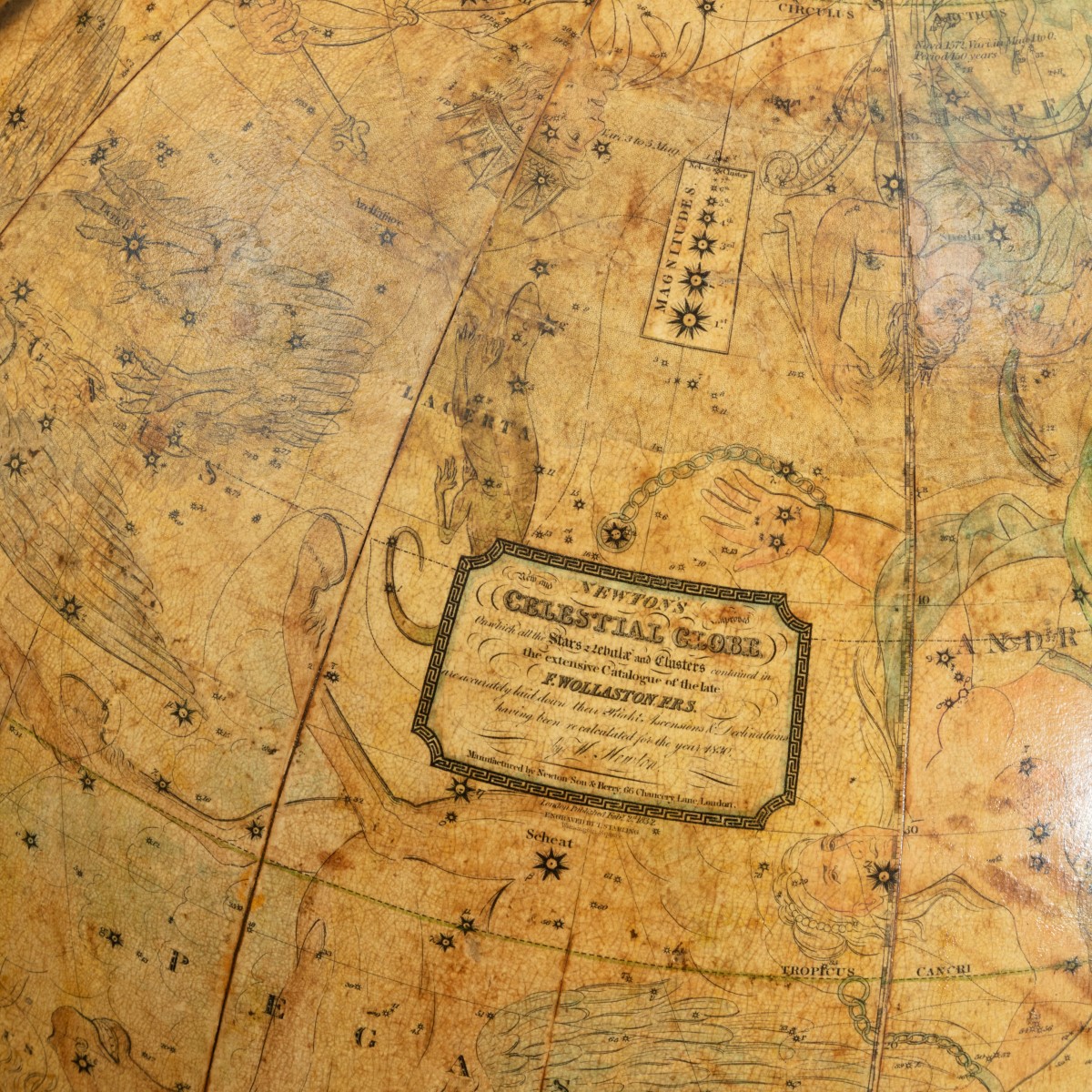 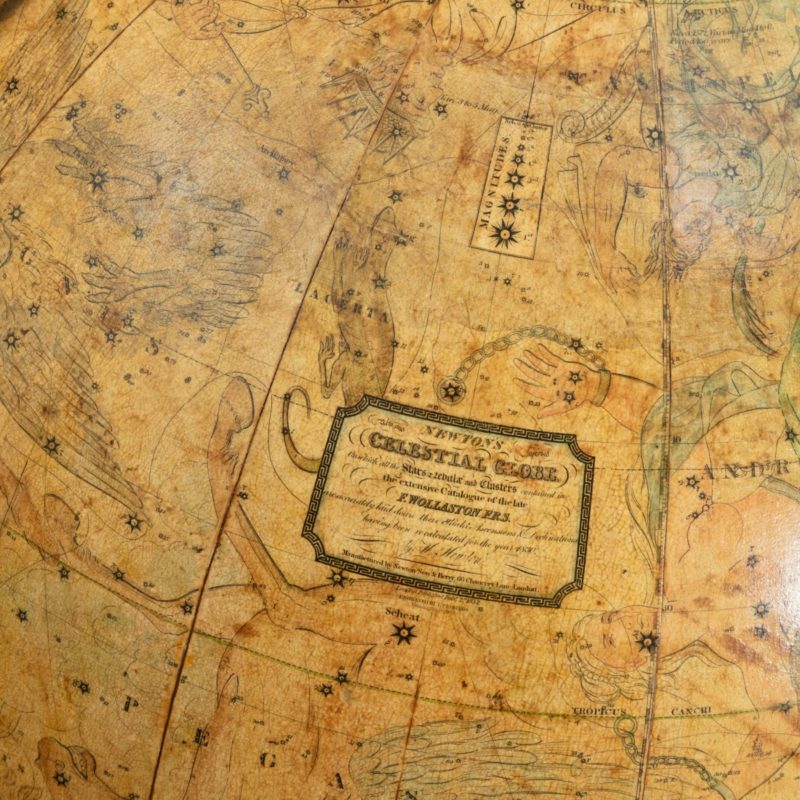 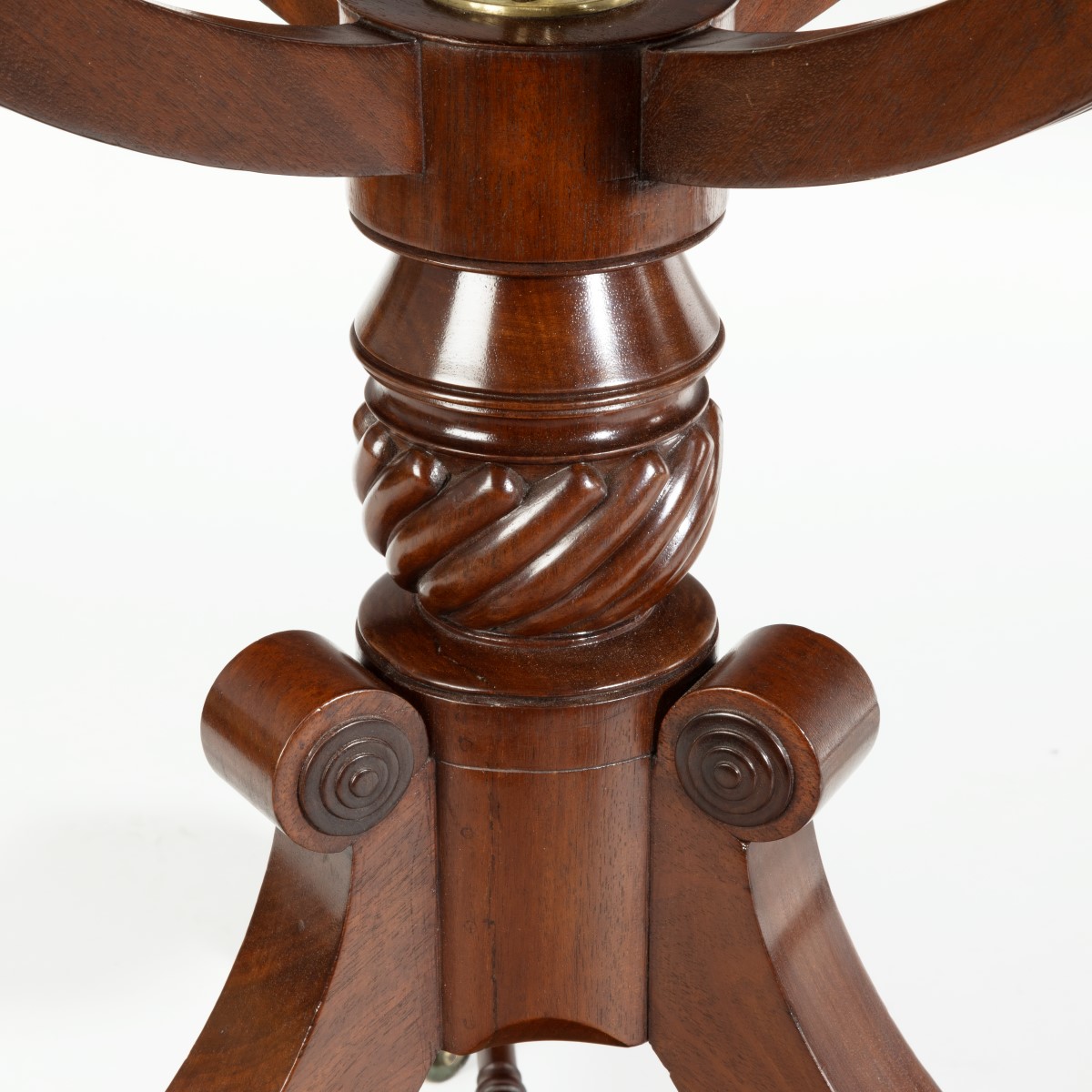 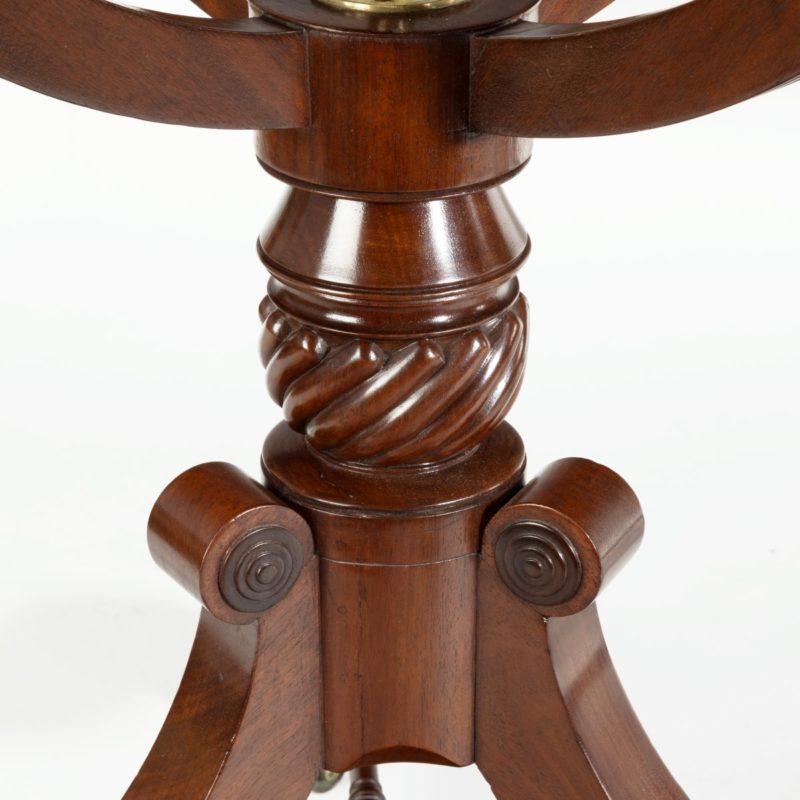 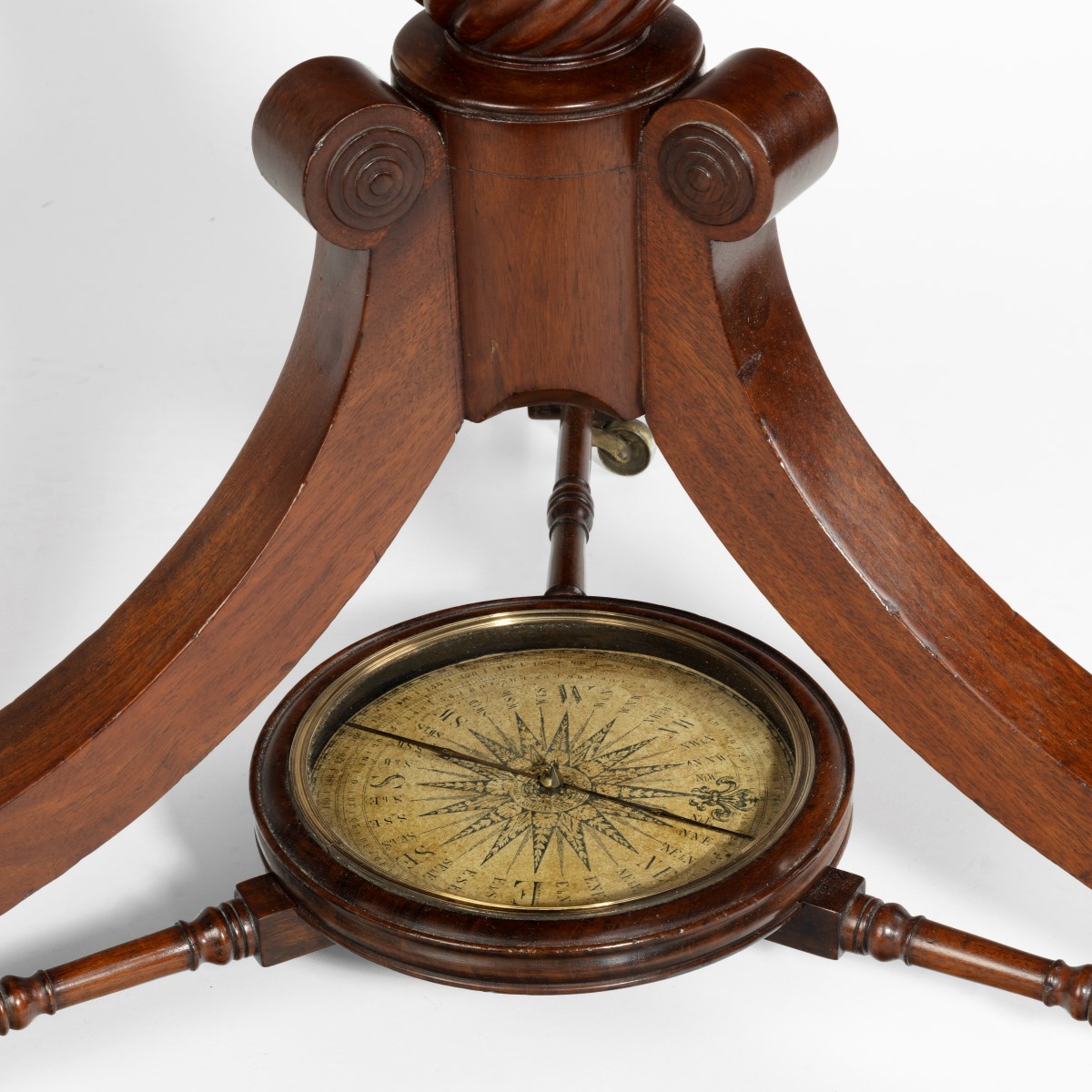 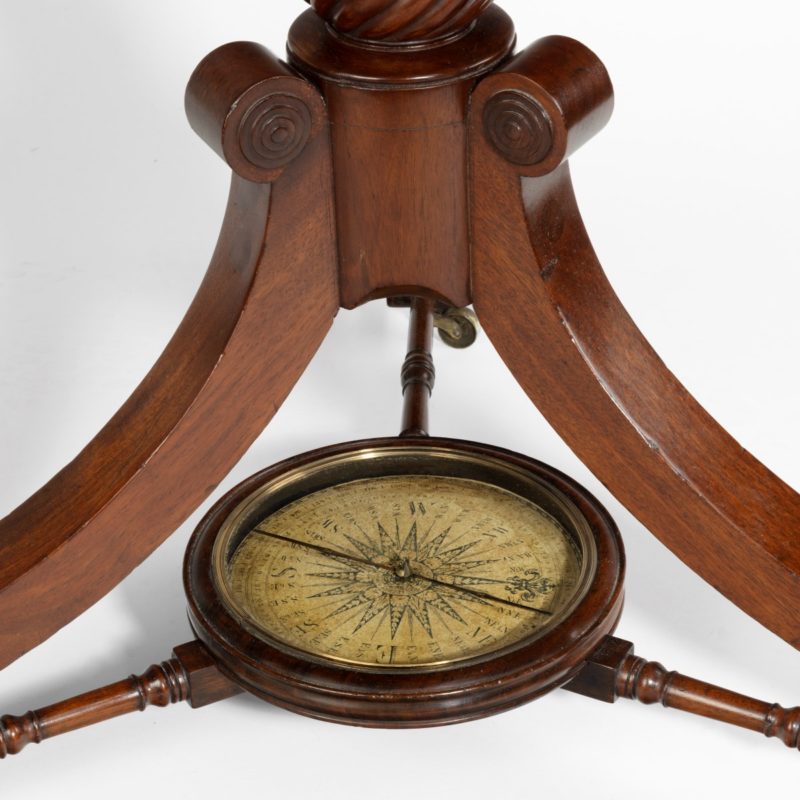 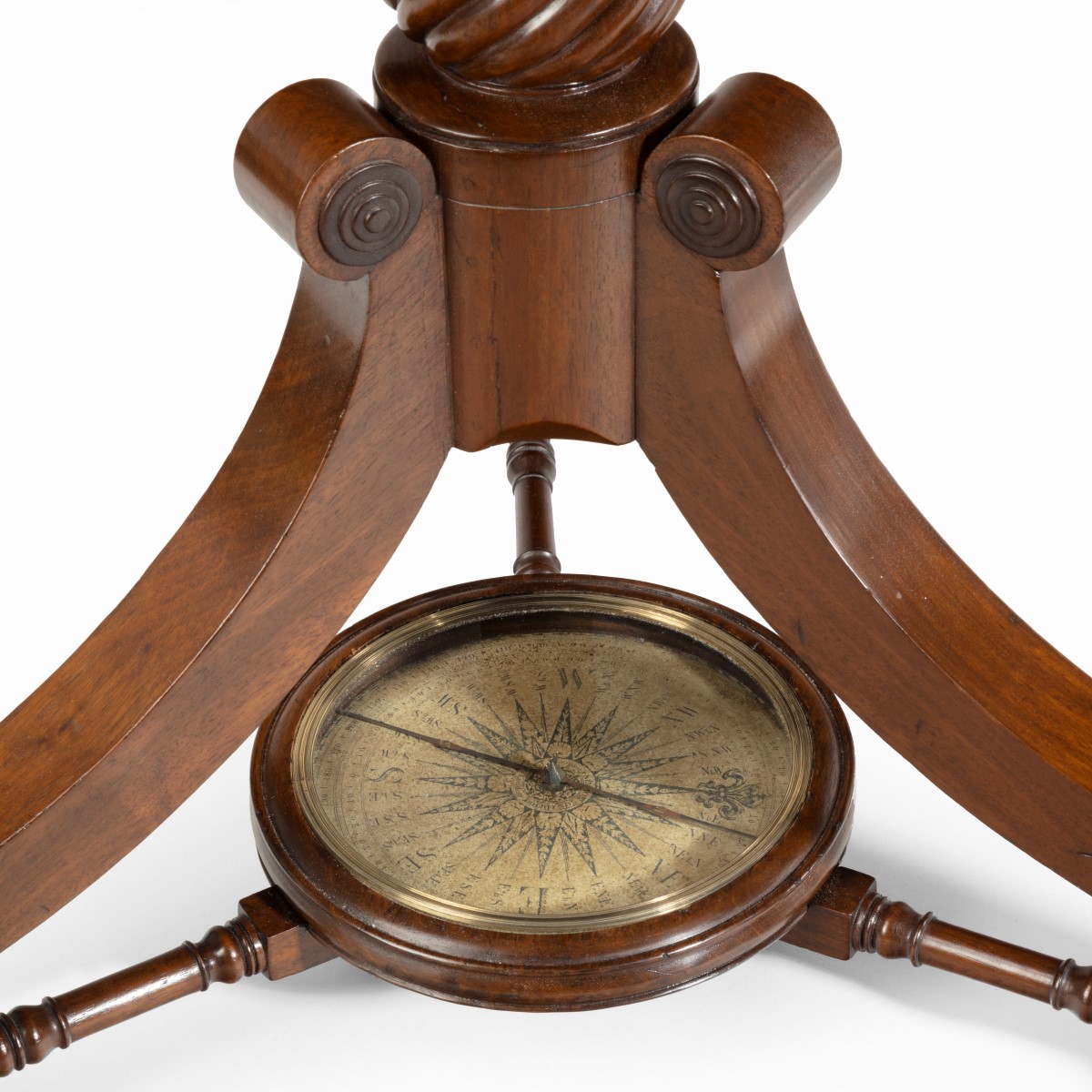 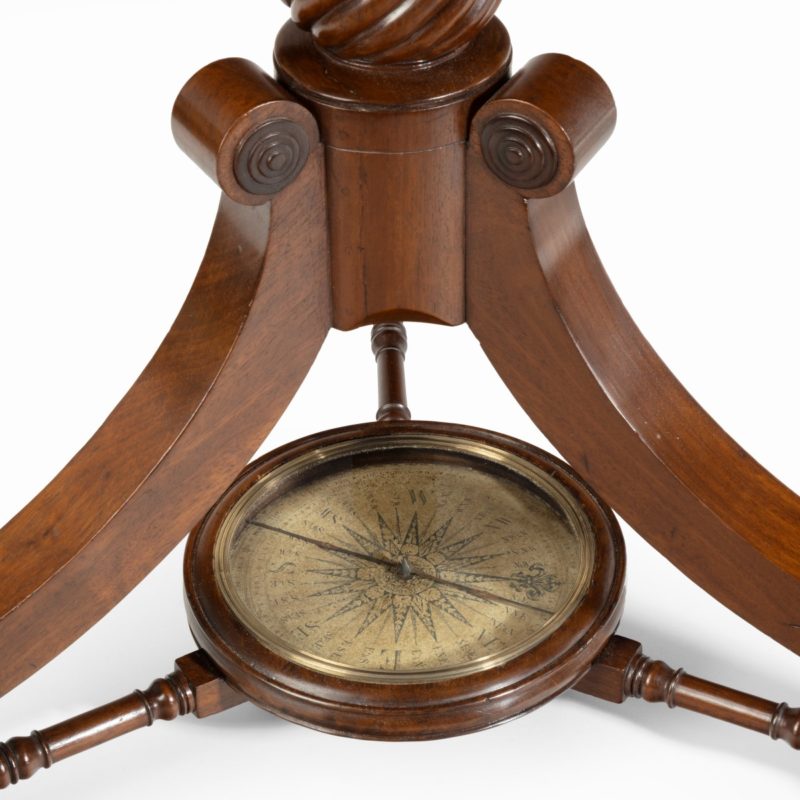 Each globe is set in a mahogany stand with spirally carved reeded knops above three scrolling legs joined by slender turned stretchers centred on a later compass rose. The terrestrial gores are updated with maps from 1853 and the celestial one from 1860. The terrestrial globe label reads ‘Newton‘s new and improved terrestrial globe accurately delineated from the observations of the most esteemed navigators and travellers to the Present Time, manufactured by Newton and Son 66 Chancery Lane and 3 Fleet Street, Temple Bar, London, Published Ist January 1853‘. The celestial globe label reads: ‘Newton‘s Celestial Globe on which all the Stars, Nebulae and Clusters contained in the extensive catalogue of the late F. Wollaston F.R.S. are accurately laid down their Right Ascensions & Declinations having been recalculated for the year 1830. By W. Newton. Manufactured by Newton, Son & Berry, 66 Chancery Lane, London.‘ English, circa 1831.

The Newton family were ranked among the leading English globe makers in the early 19th century. John Newton (1759–1844) trained under Thomas Bateman before founding his own company in 1780. In the early 1800s John, and his second son William (1786–1861), relocated to 97 Chancery Lane and traded under the name] & W Newton. From 1831 to 1841 another partner was added, civil engineer Miles Berry, and the company became Newton, Son and Berry. After 1841 ownership passed to the eldest son William Edward Newton (1818–79). It was customary to update globes with the latest discoveries and stars by applying new papers as soon as they were published, hence the varying dates on these globes.