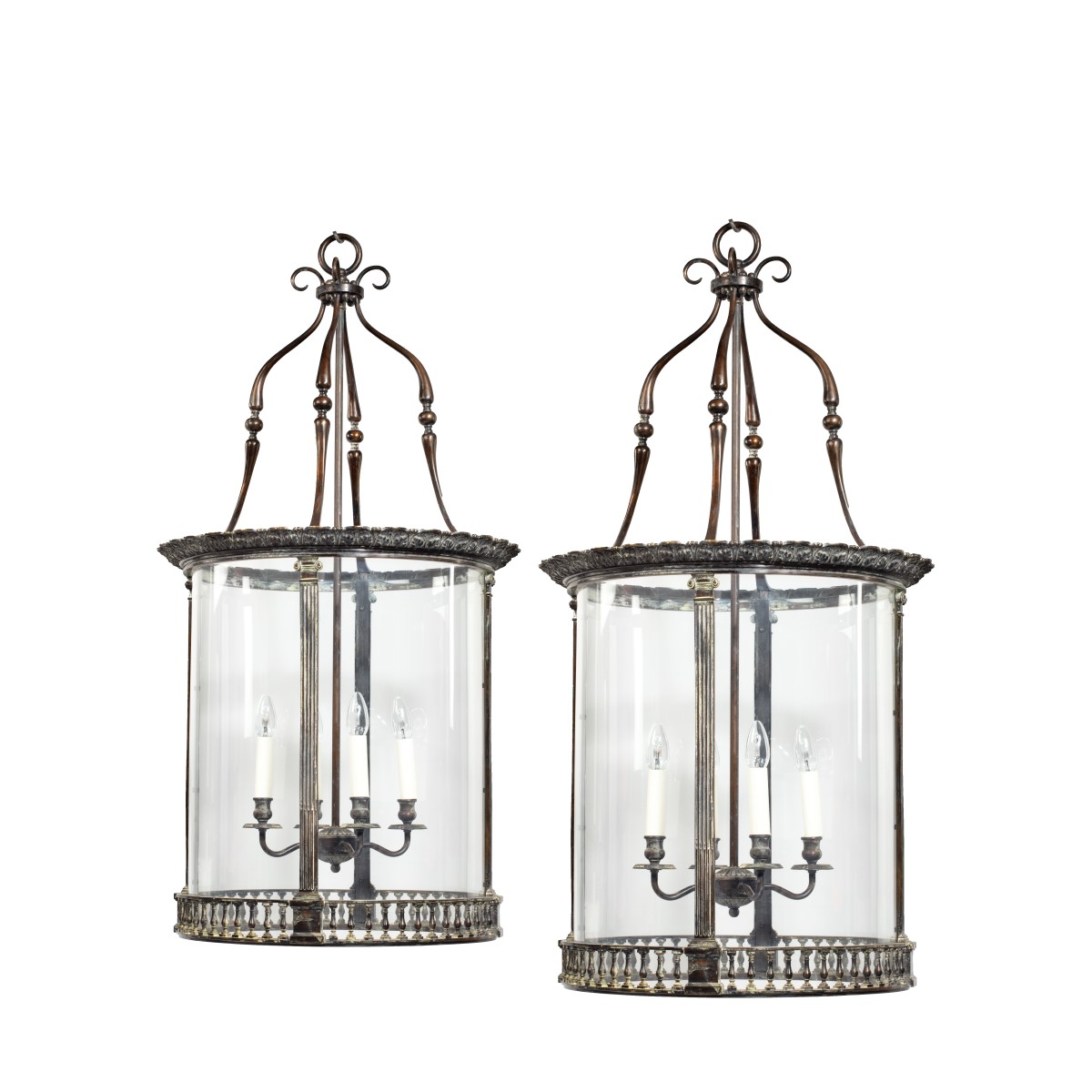 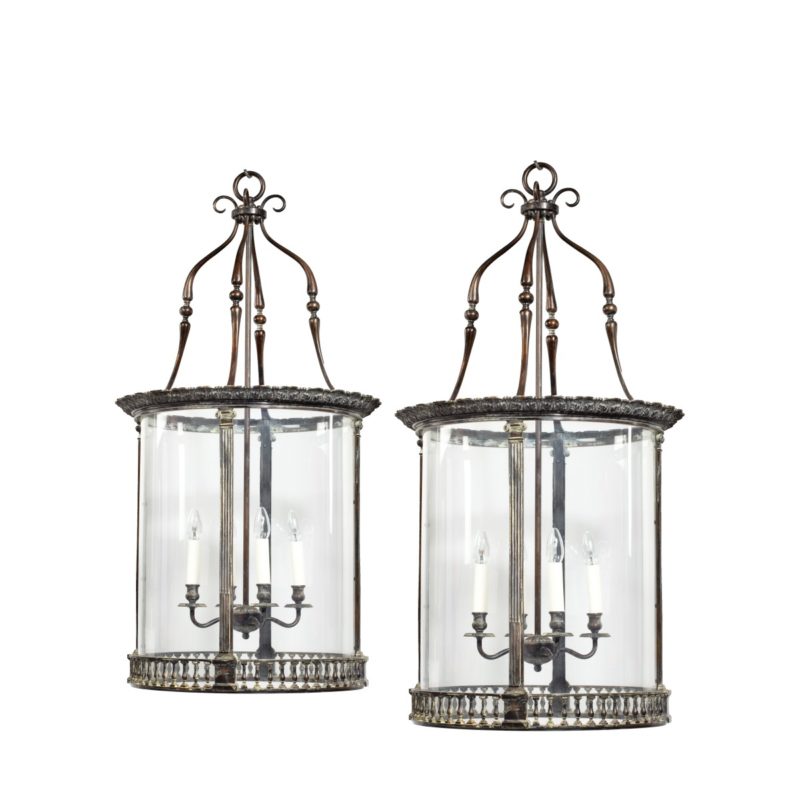 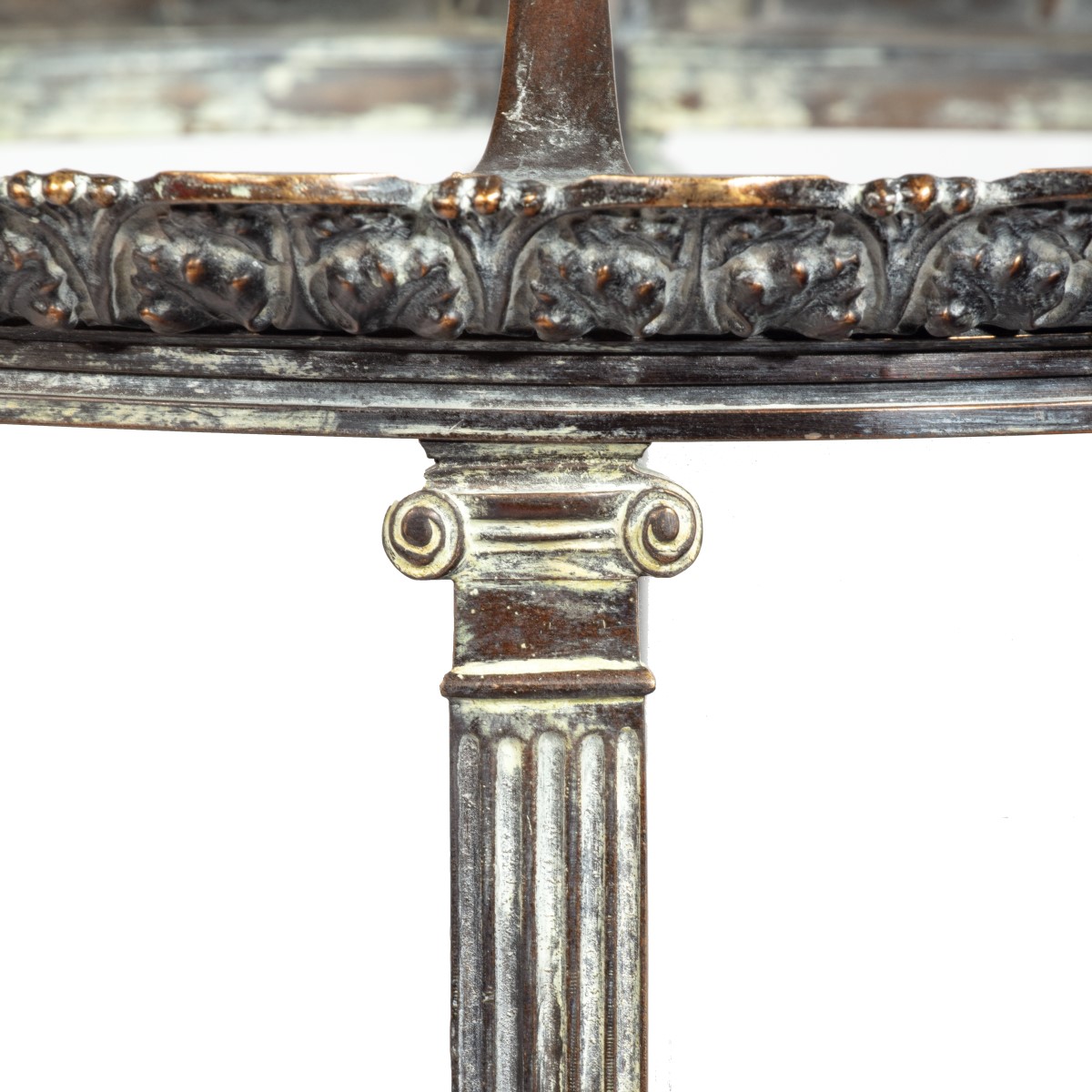 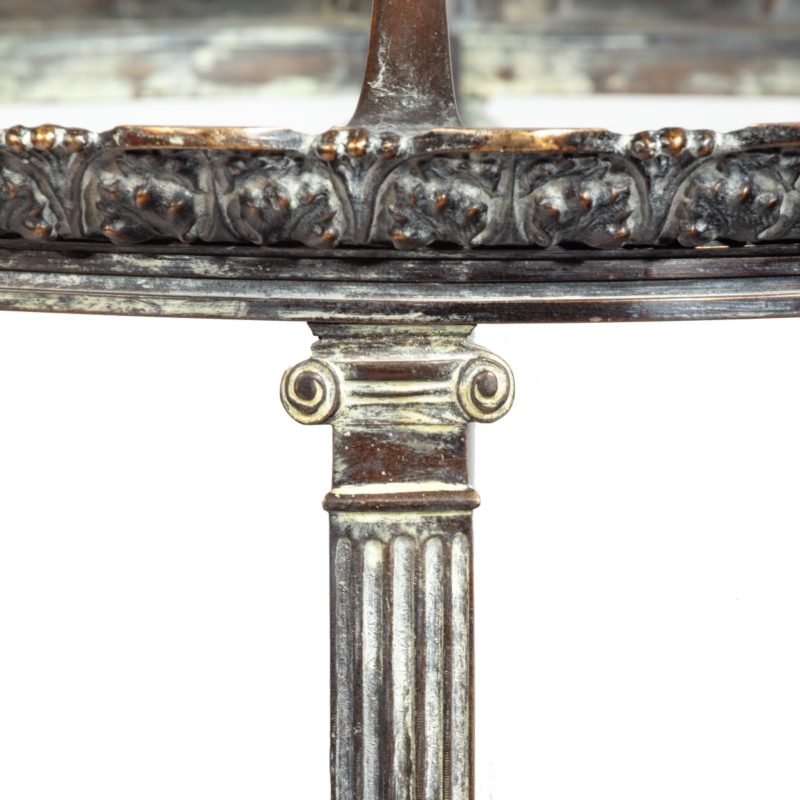 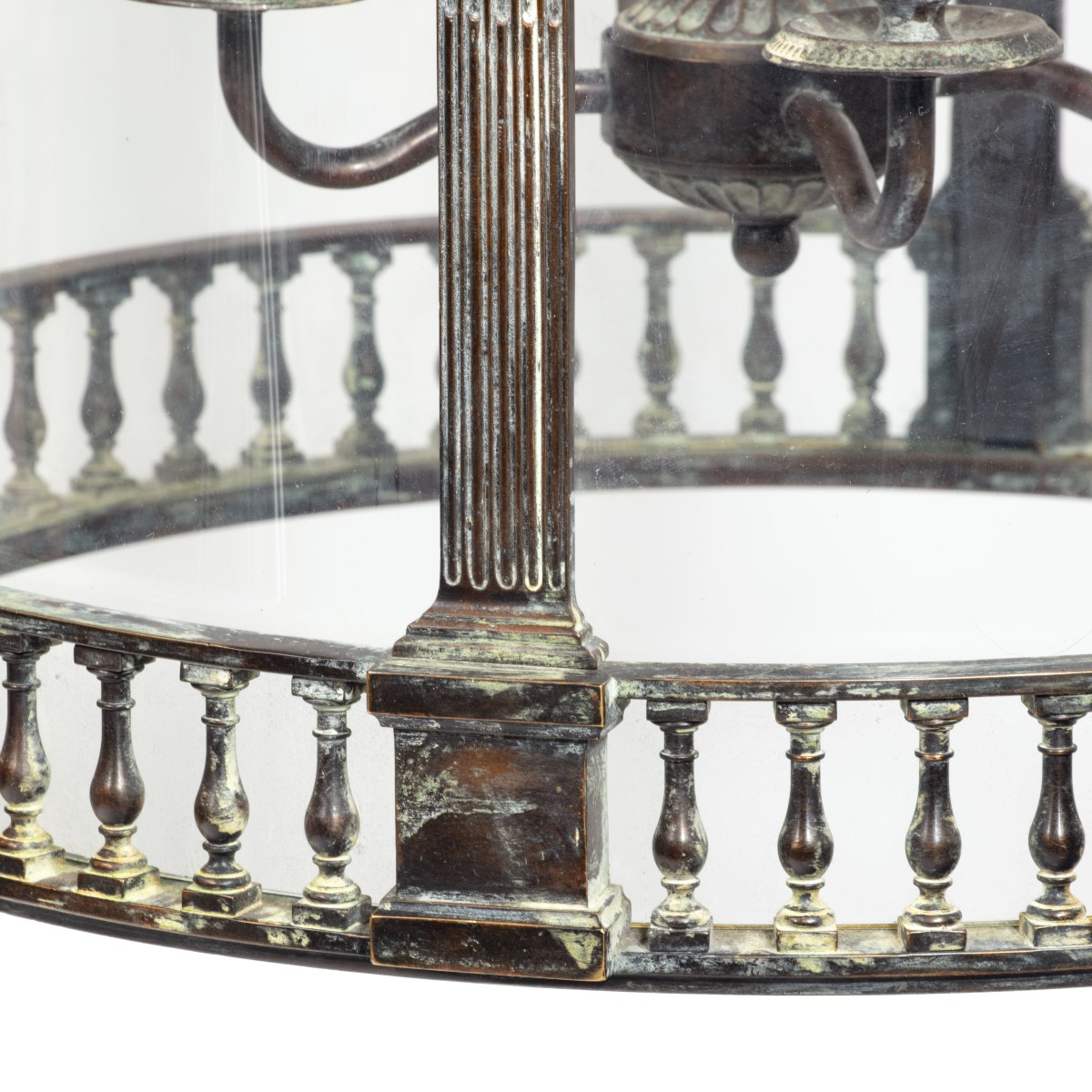 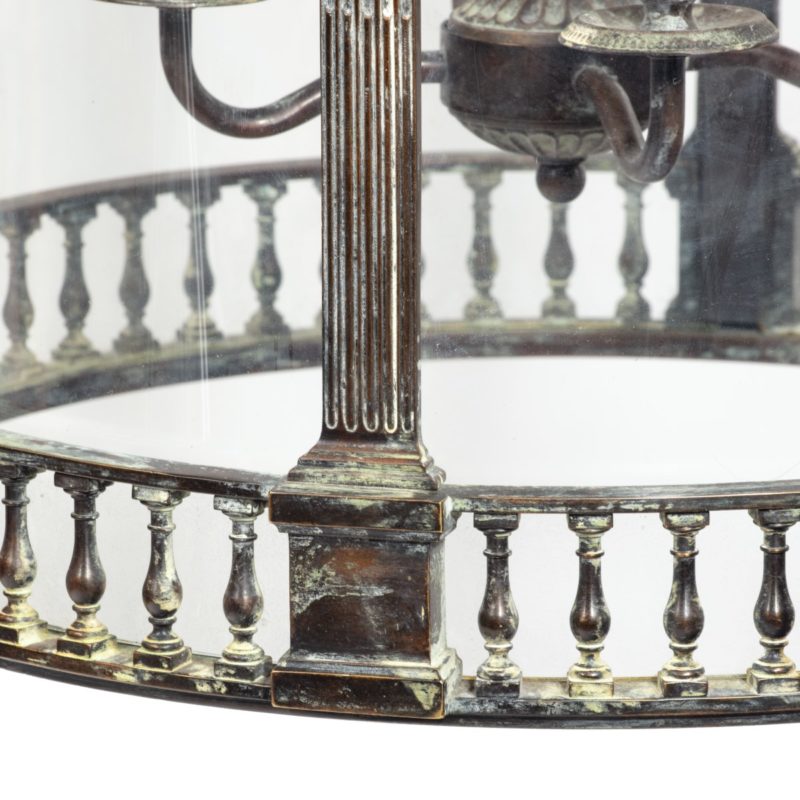 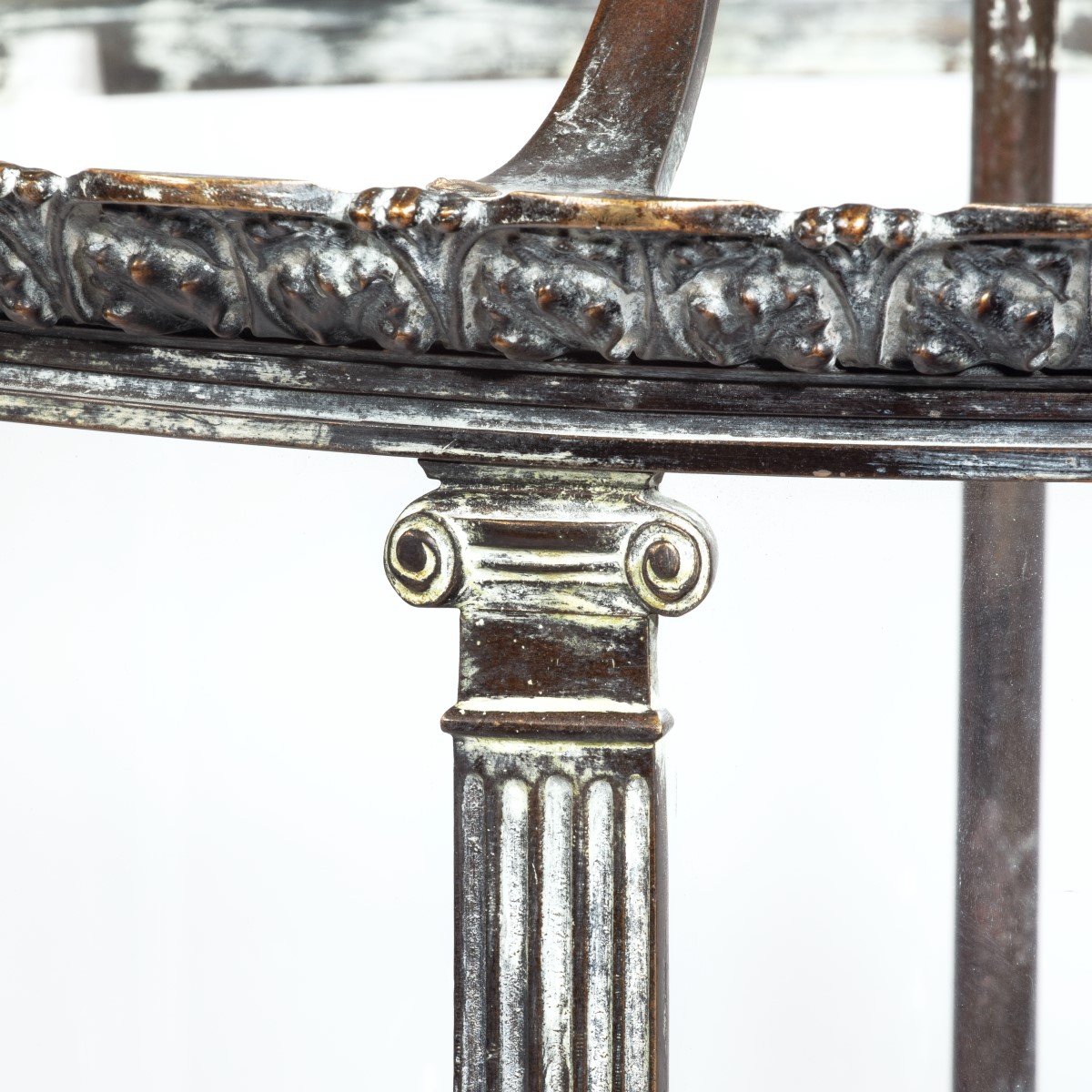 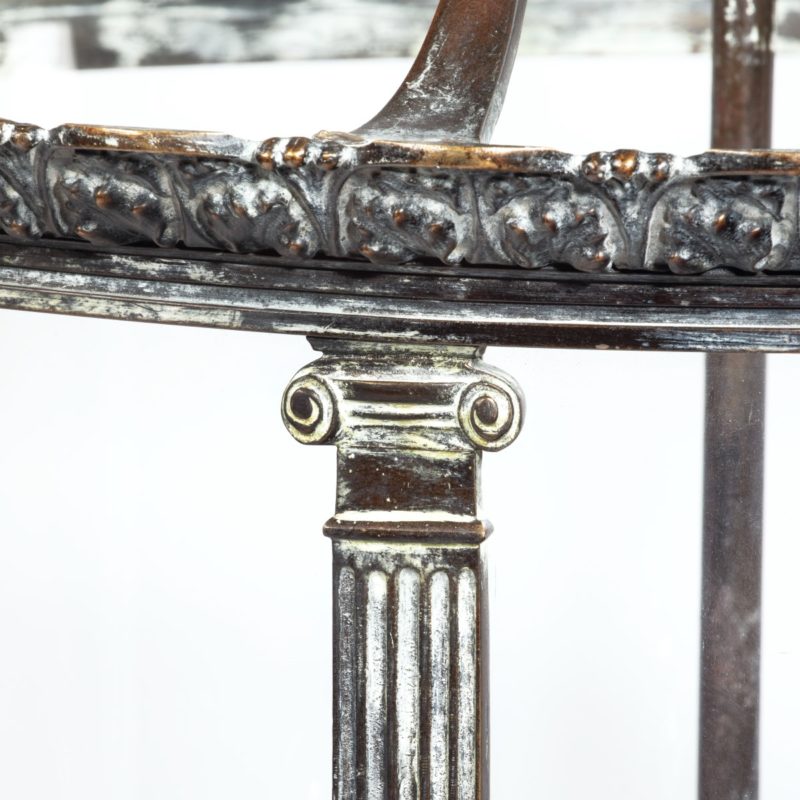 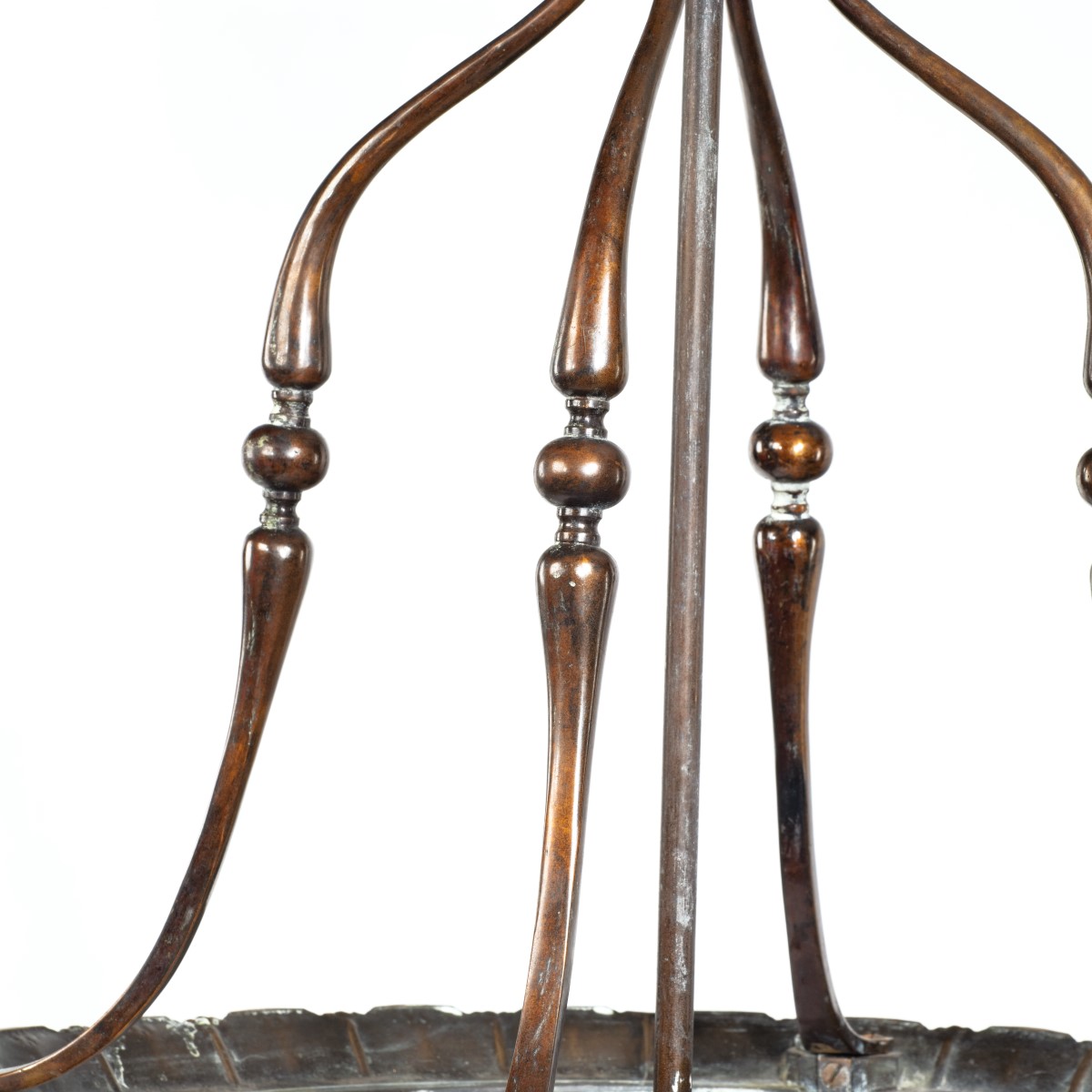 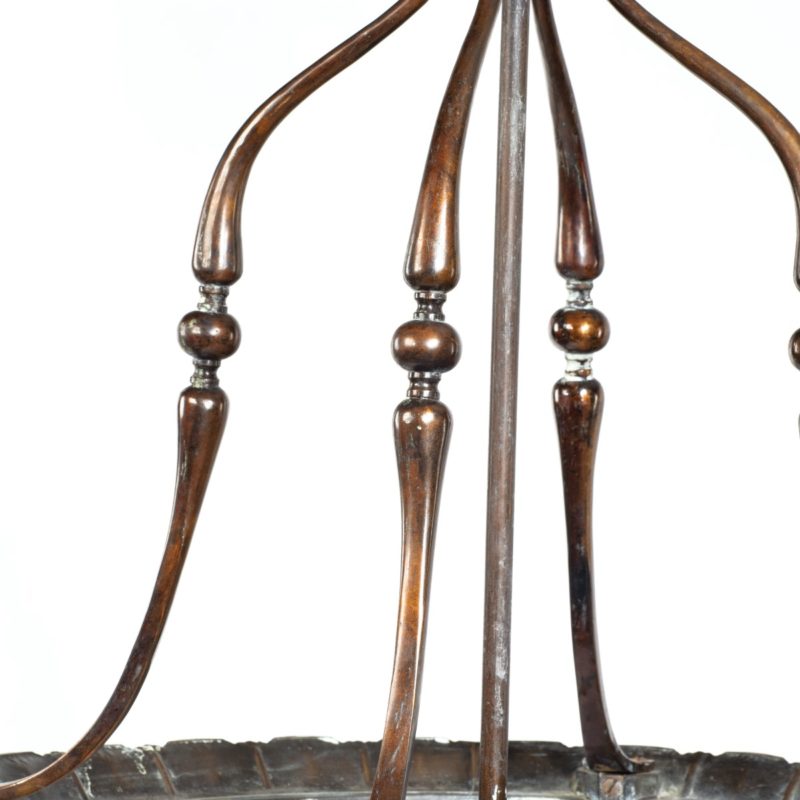 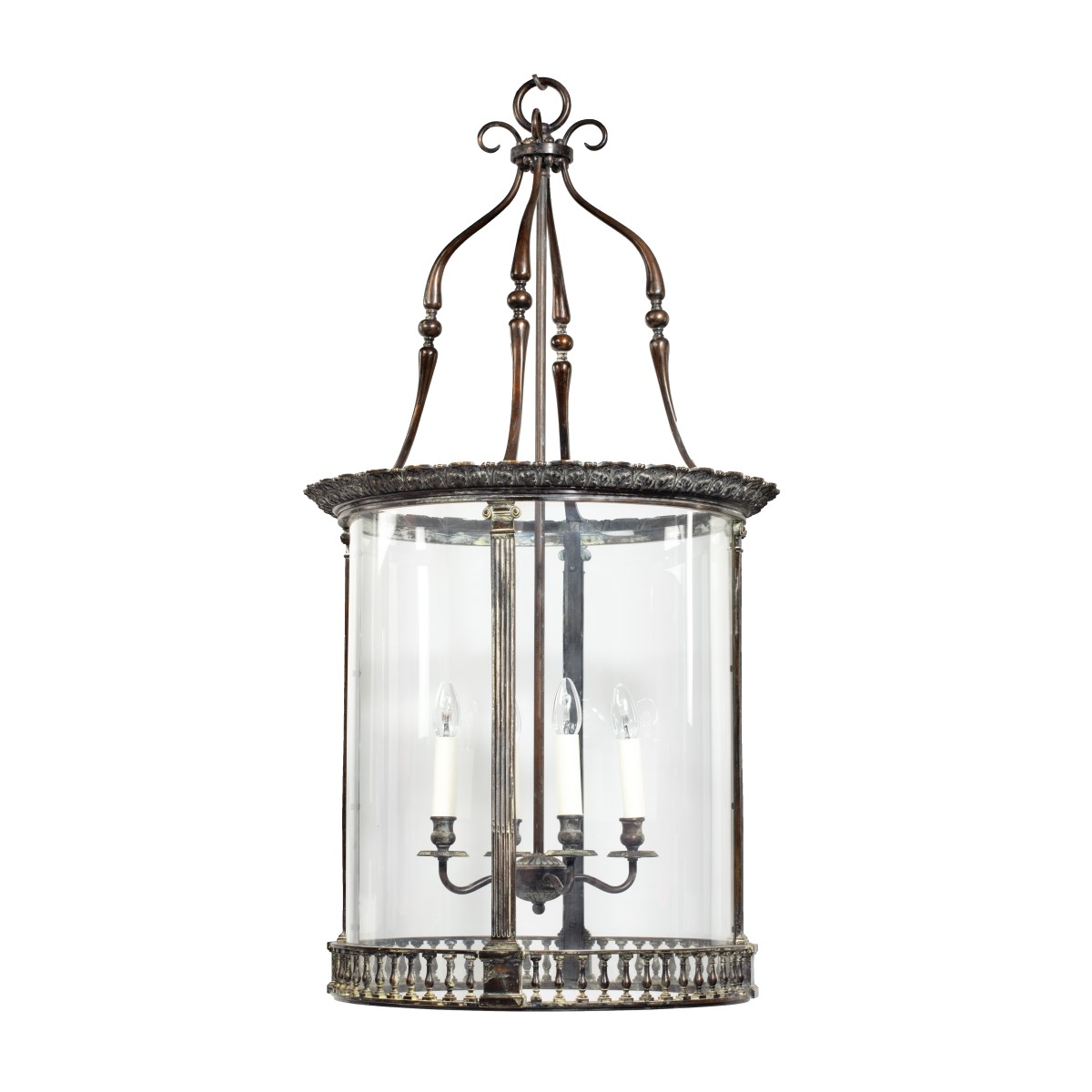 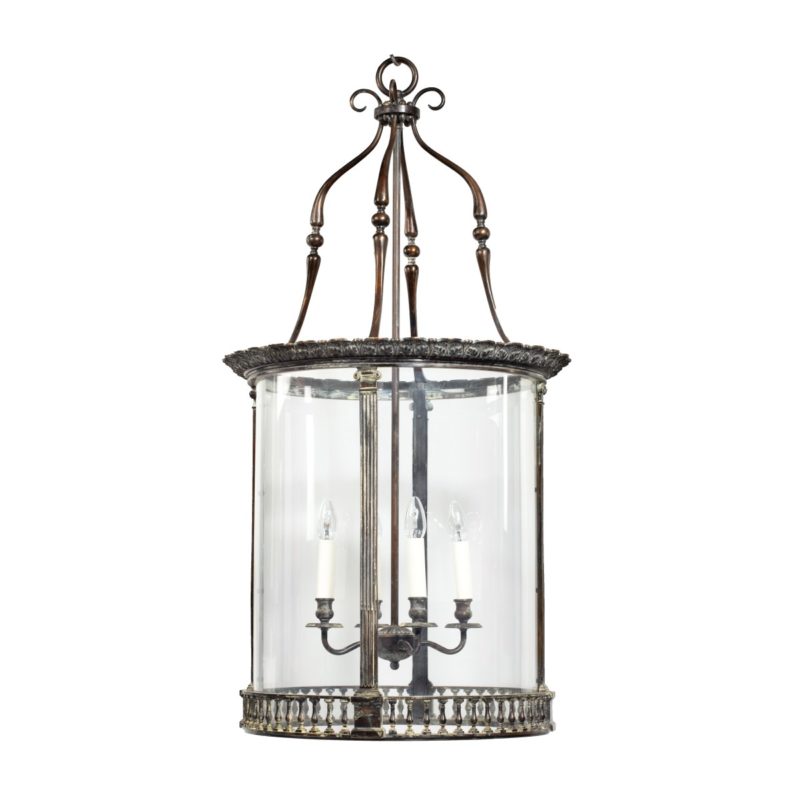 A pair of 20th century brass hanging lanterns in the style of Lutyens, each of cylindrical form with four candle-arms suspended inside on a single tubular support, the four curved glass plates held within a frame with an everted shaped rim embossed with floral scrolls, classical fluted columns and a baluster gallery, all suspended by four knopped serpentine arms centred on a ring, re-wired for electricity. English 20th Century.

Sir Edwin Landseer Lutyens (29 March 1869 – 1 January 1944) was an English architect known for English country houses, war memorials and public buildings. In his biography, the writer Christopher Hussey wrote, “In his lifetime (Lutyens) was widely held to be our greatest architect since Wren if not, as many maintained, his superior”. Also, in collaboration with Sir Herbert Baker, he designed and built a considerable section of New Delhi, which would later on serve as the seat of the Government of British India.