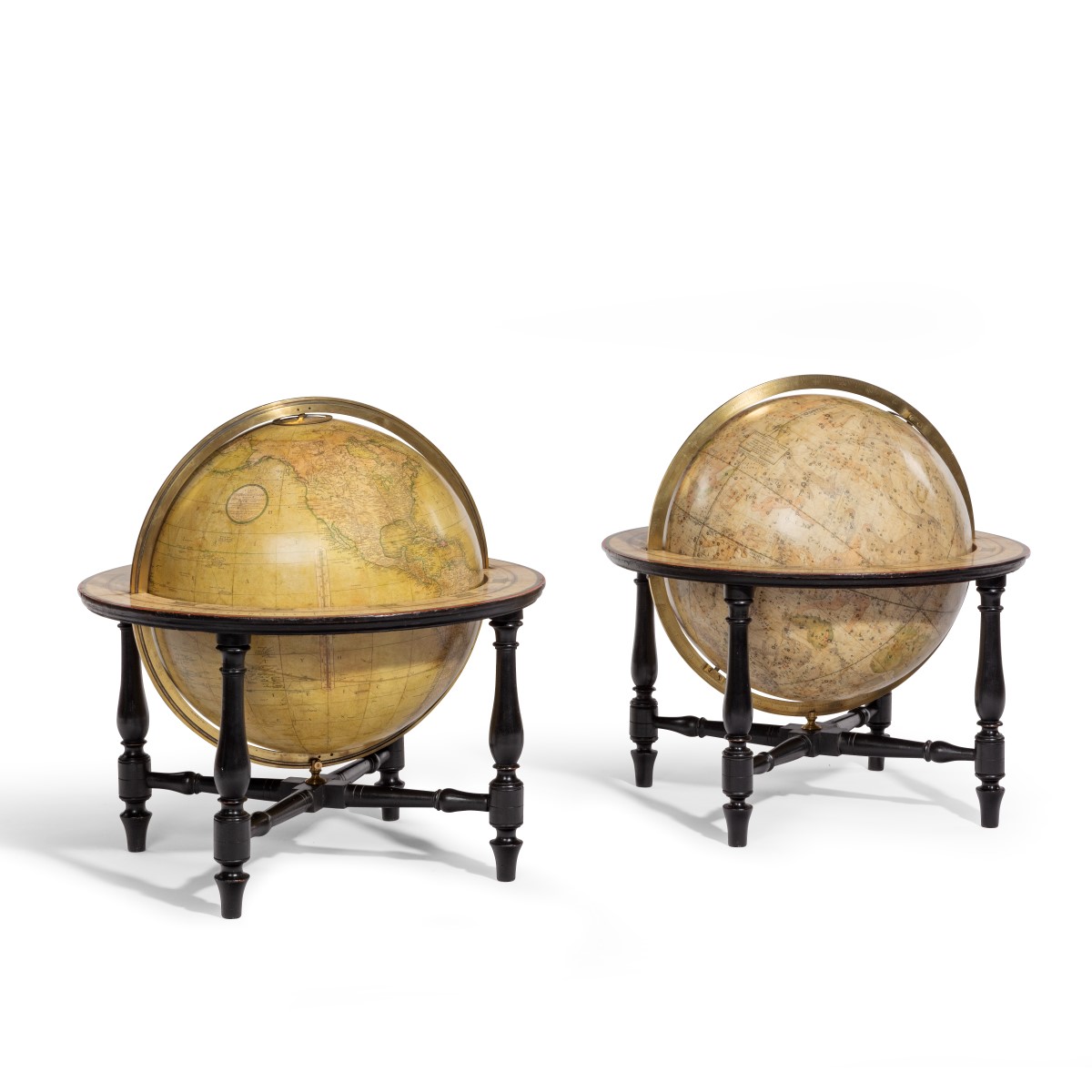 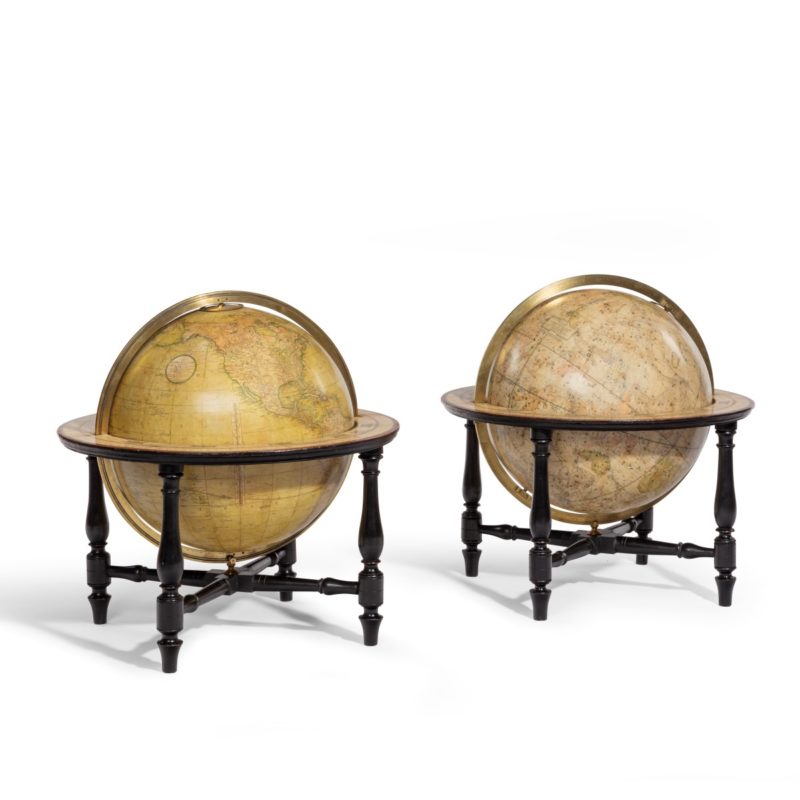 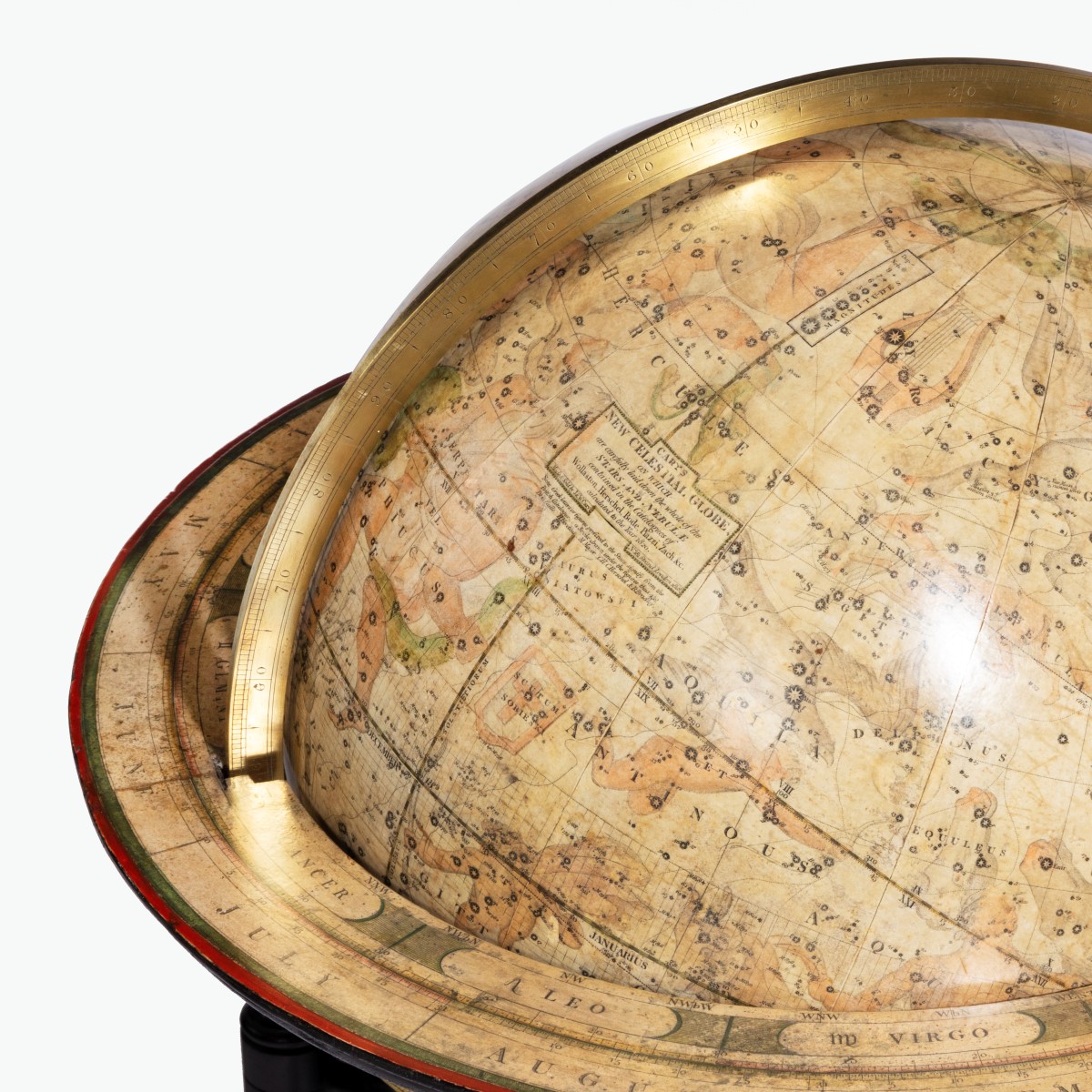 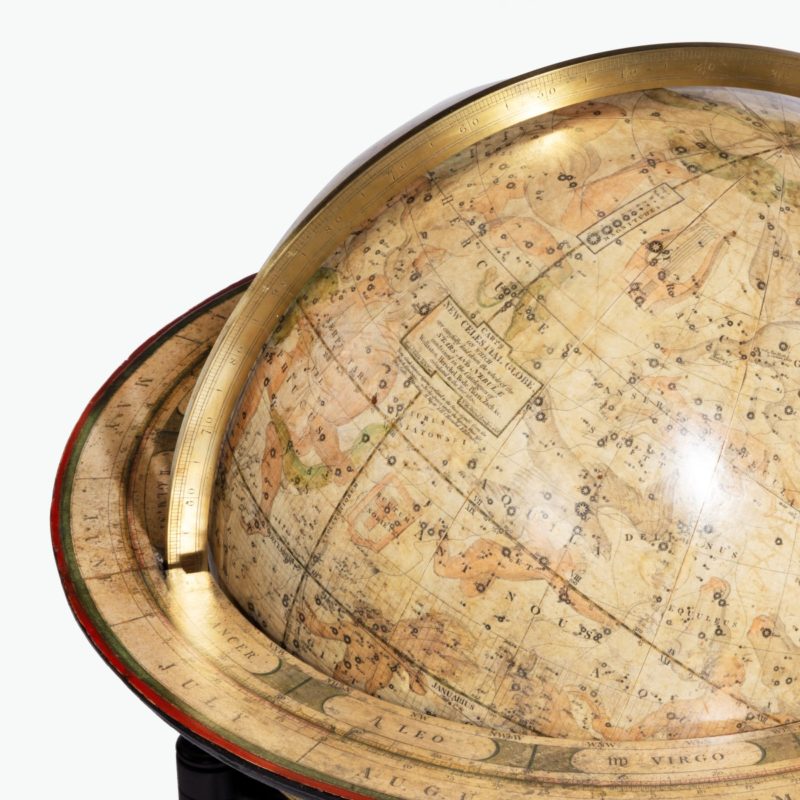 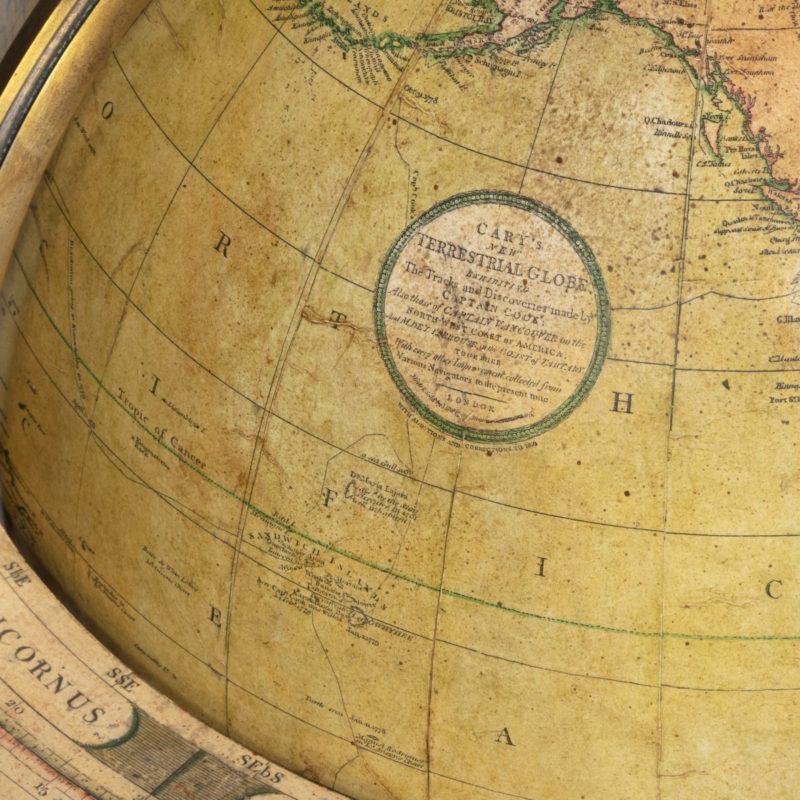 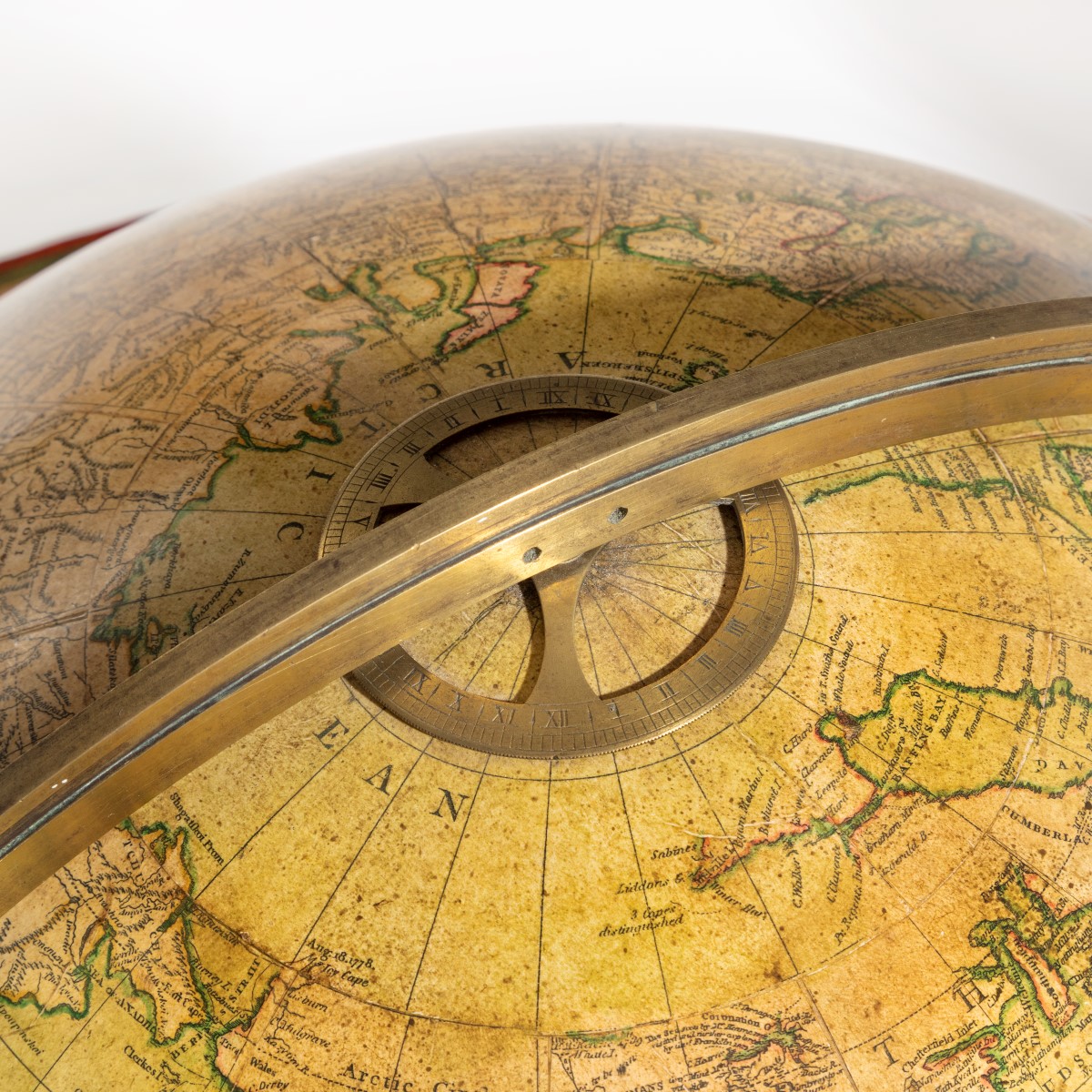 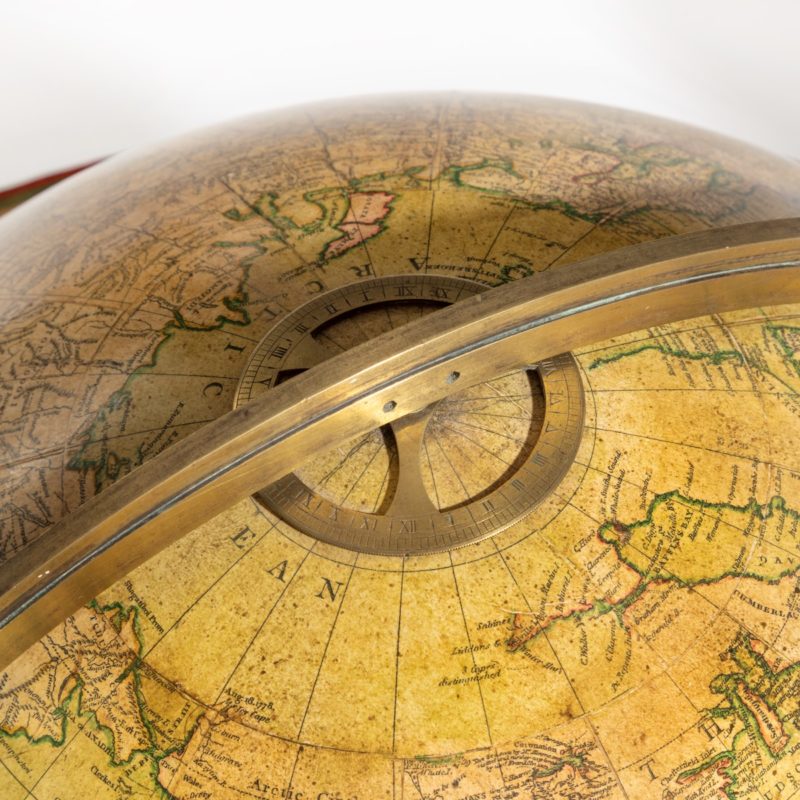 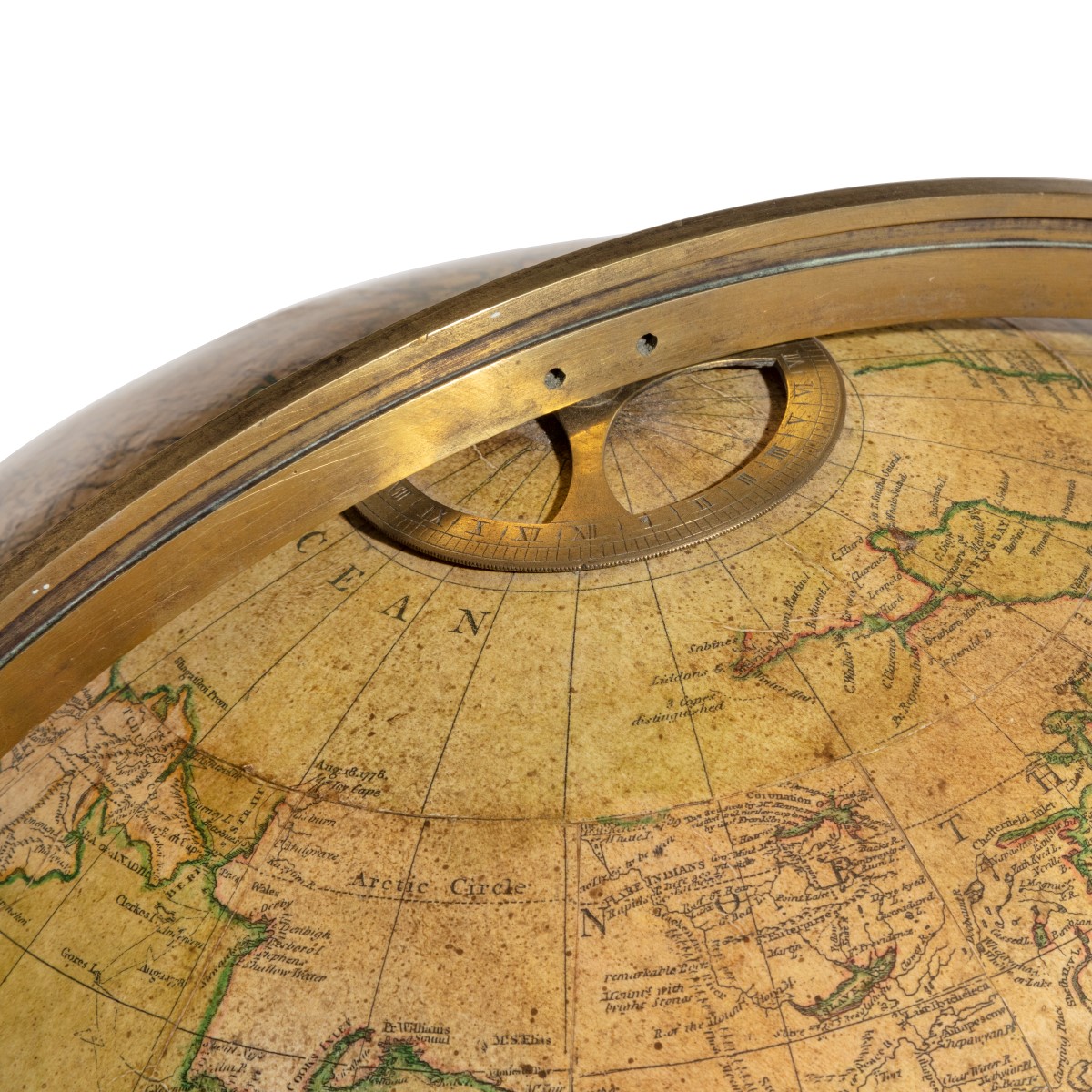 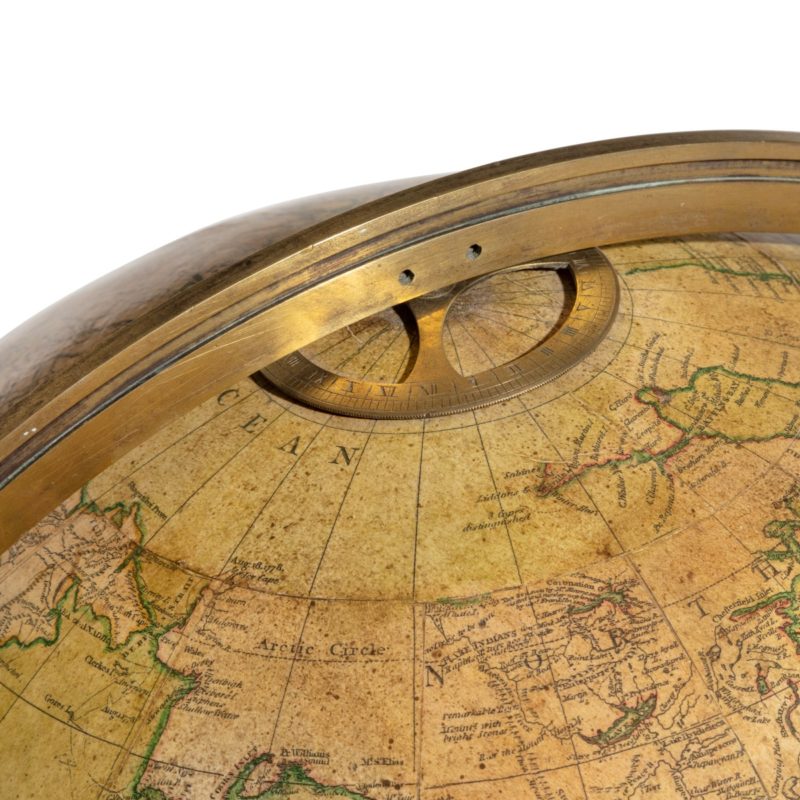 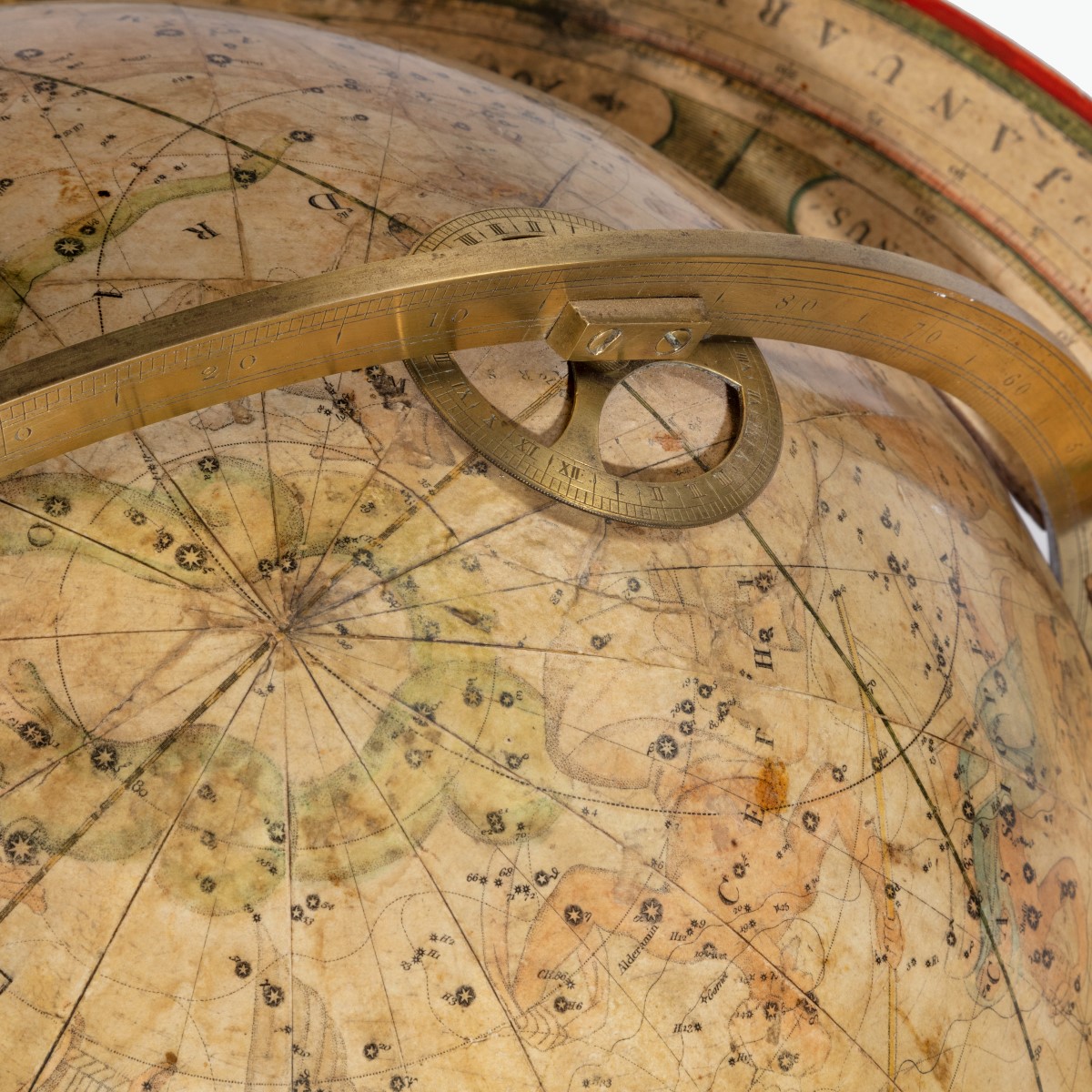 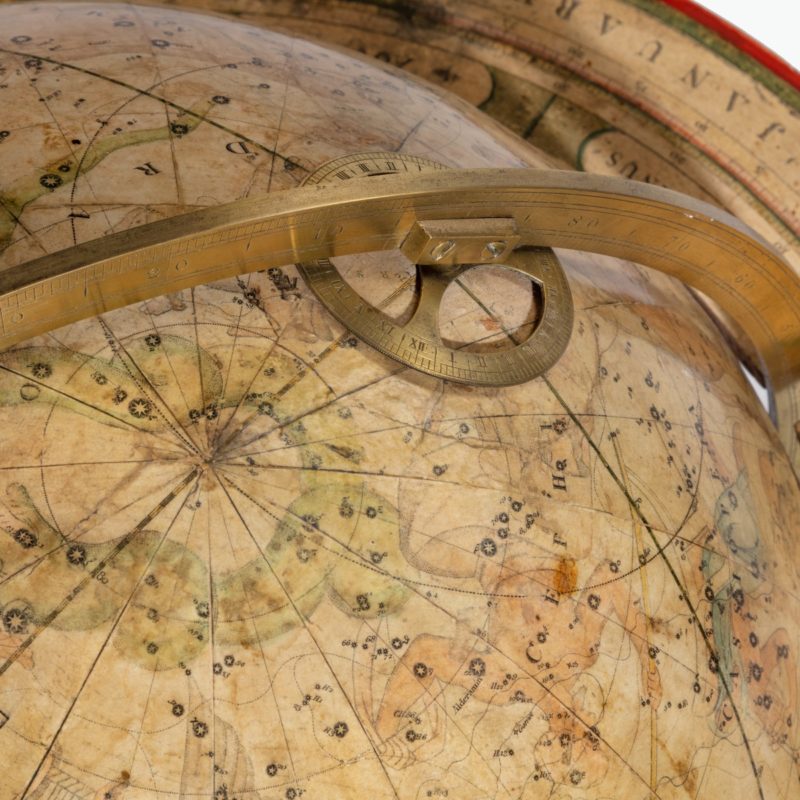 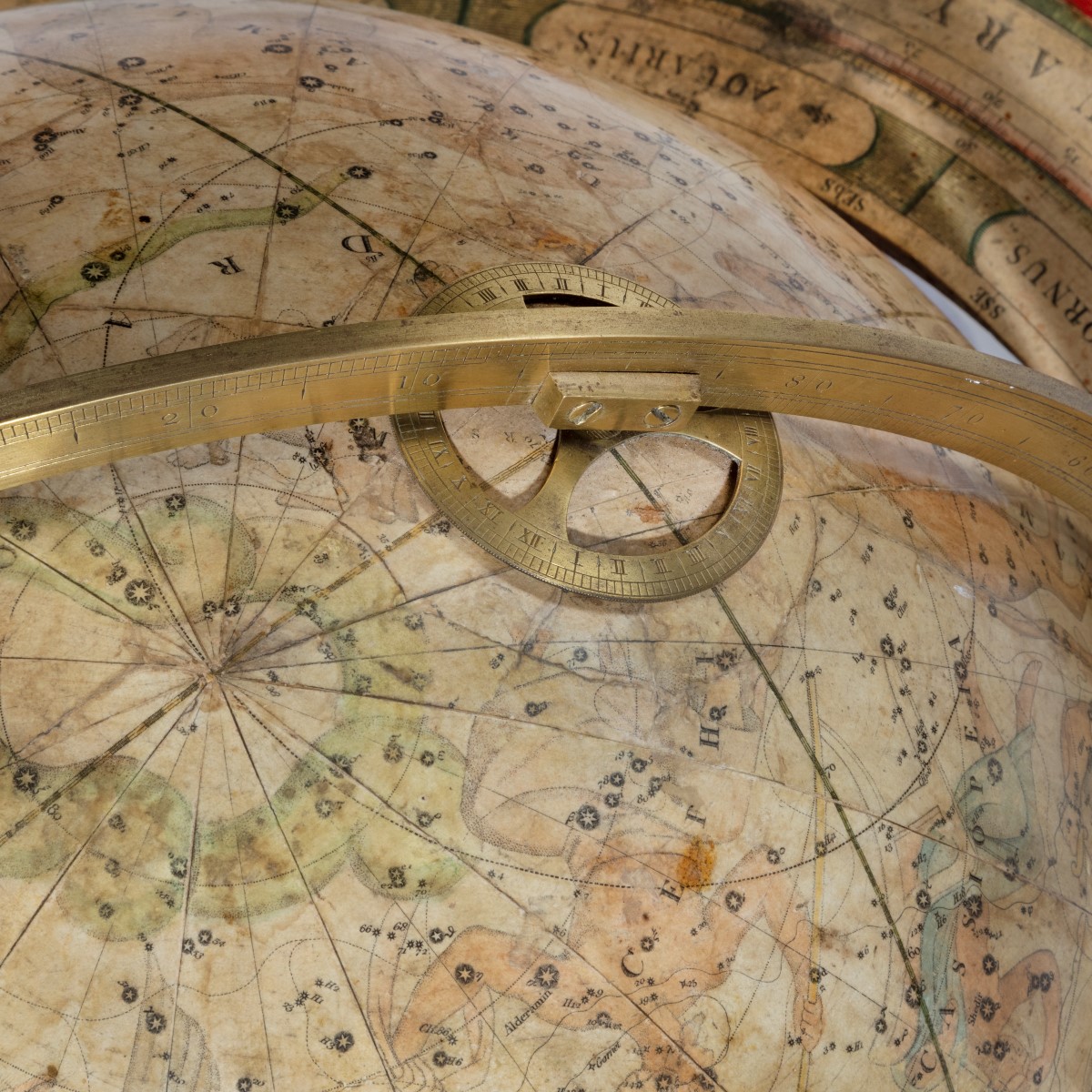 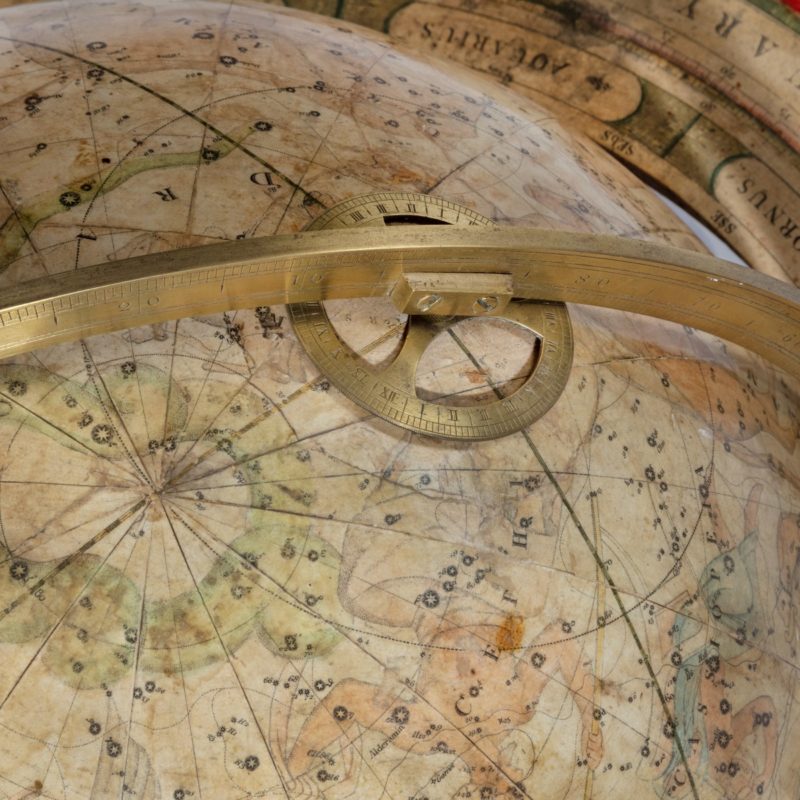 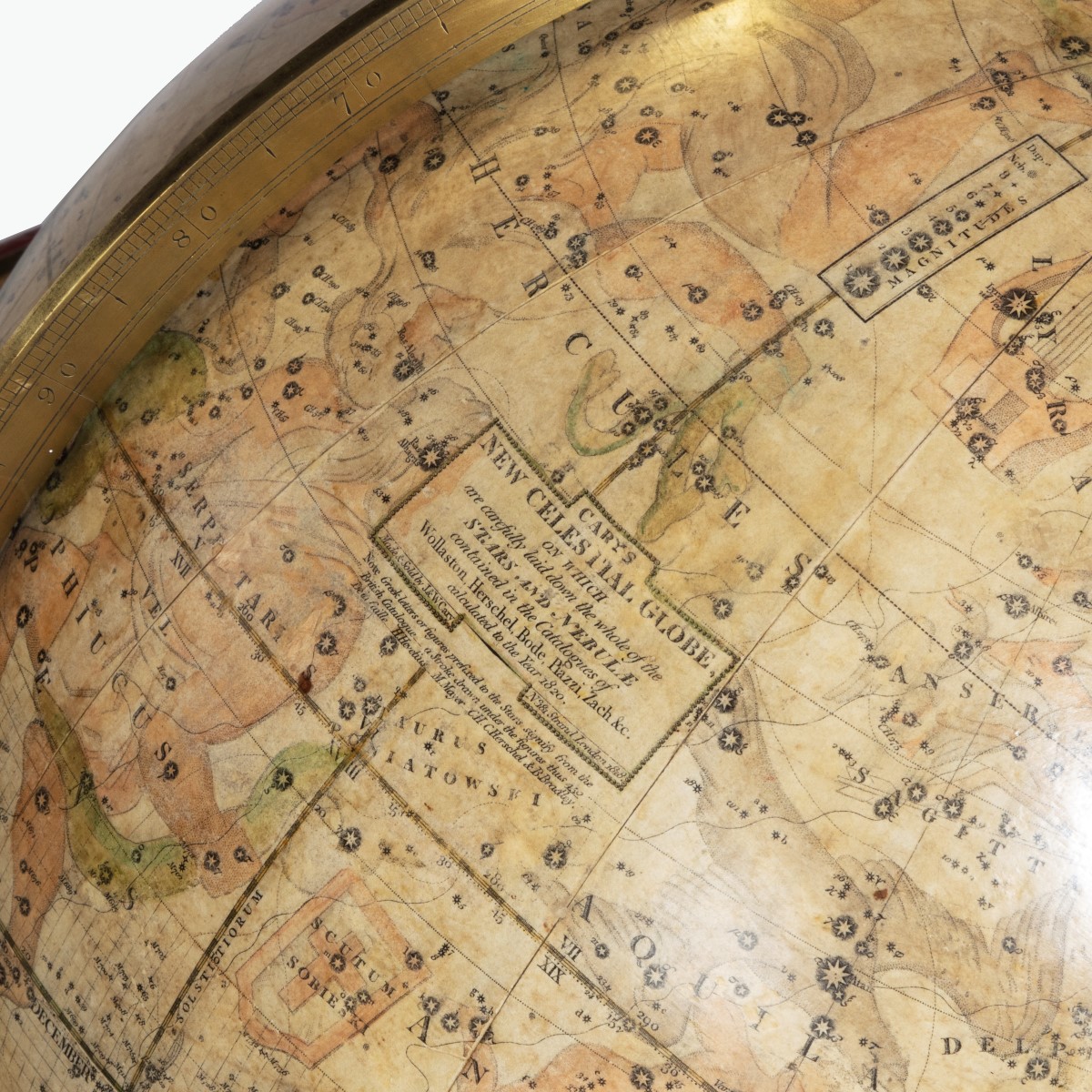 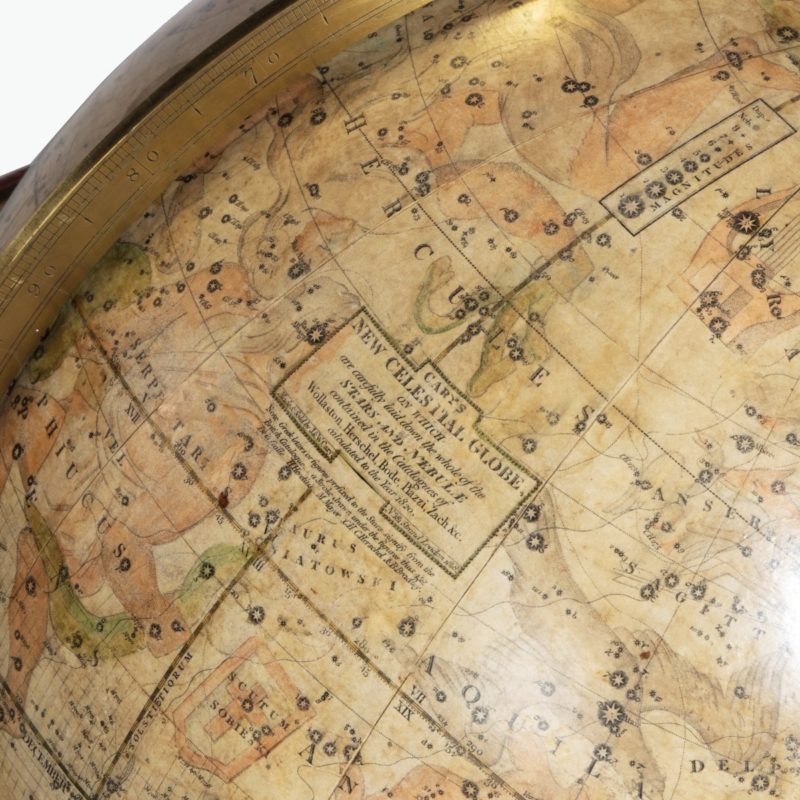 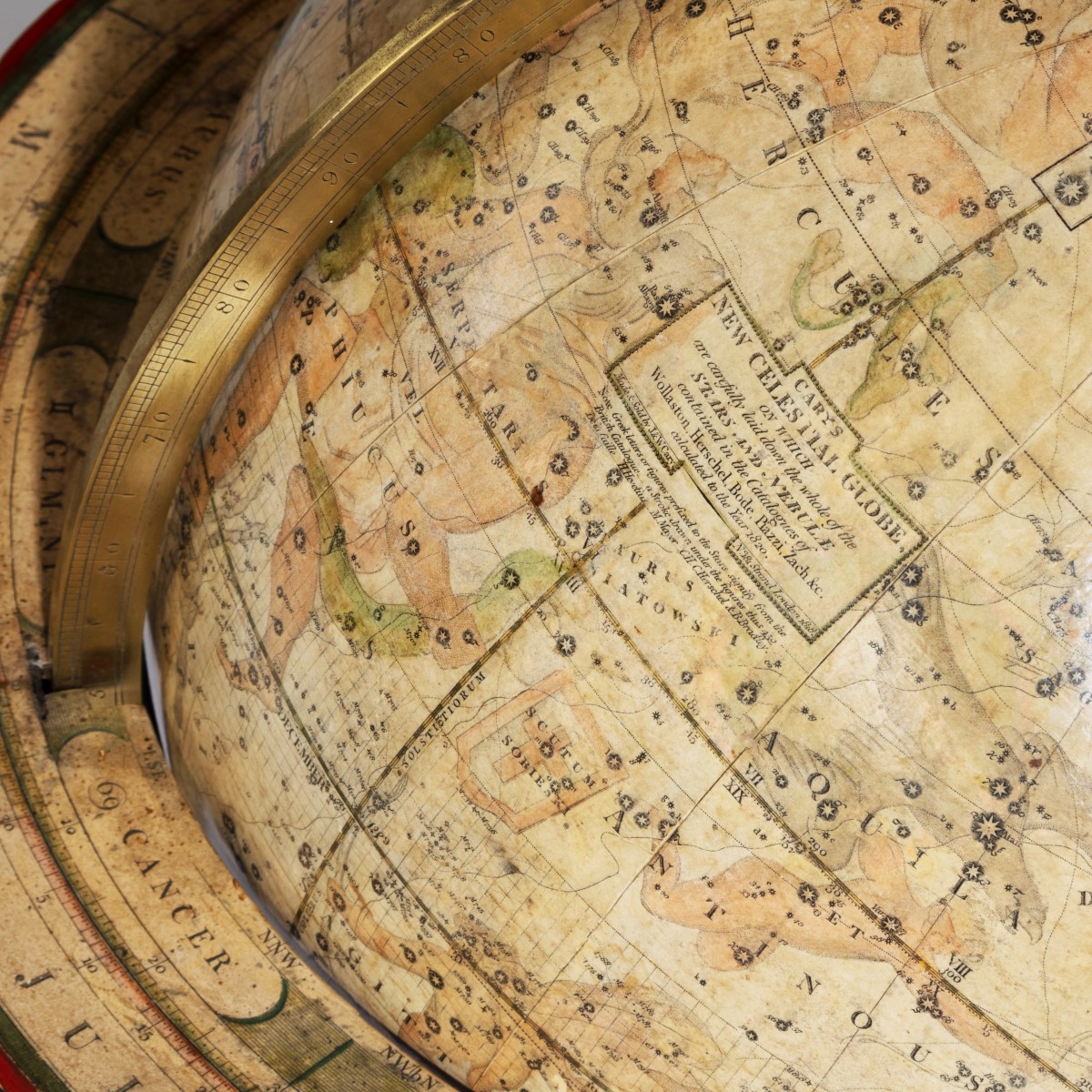 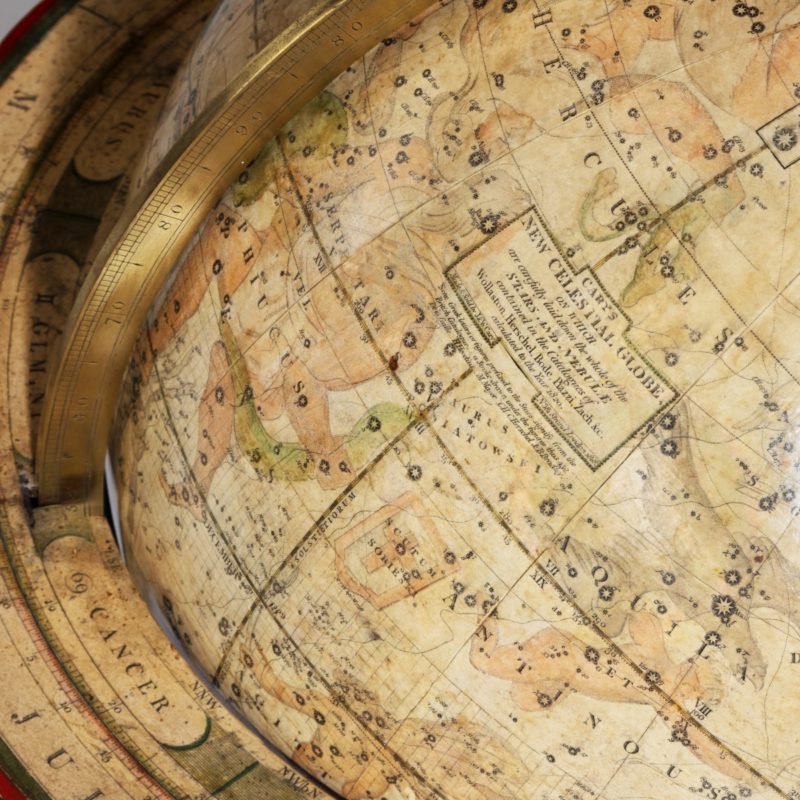 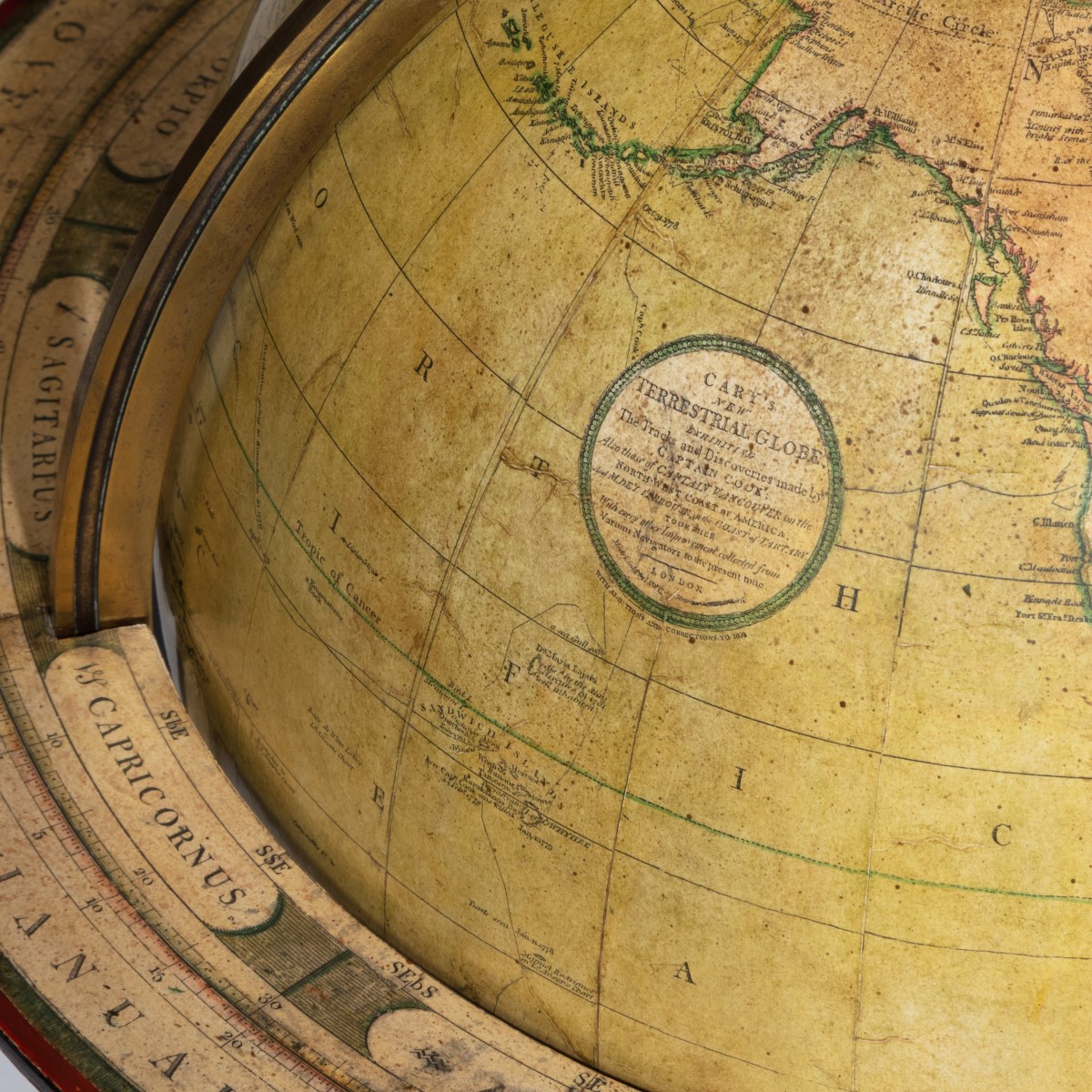 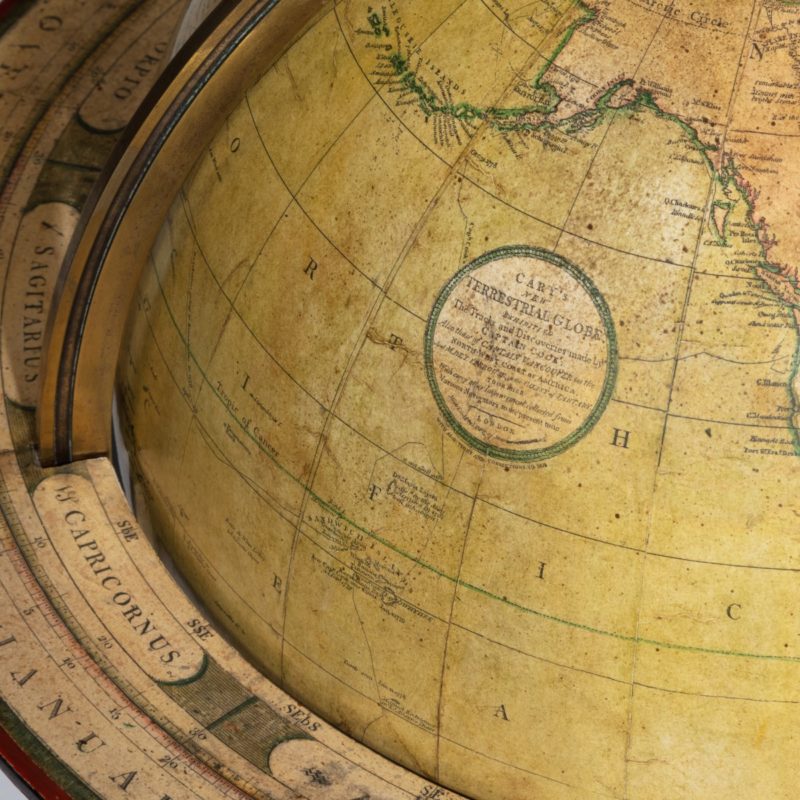 A pair of Cary’s 15-inch table globes, each set into an ebony stand with four turned legs and stretchers, the terrestrial stating “Cary’s New Terrestrial Globe exhibiting the tracks and discoveries made by Captain Cook and those of Captain Vancouver on the North West Coast of America; and M de la Perouse on the coast of Tartary, together with every other Improvement collected from Various Navigators to the present time”, “London, made and sold by J & W Cary, Strand, March ….with additions and corrections to 1831” .  The celestial ‘Cary’s New Celestial Globe on which are carefully laid down the whole of the Stars and Nebulae contained in the Catalogues of Wollaston, Herschel, Bode, Piazzi, Zach, etc. calculated to the Year 1820. Made & sold by J & W Cary, 381 Strand, London 1818.’ English, c1808.