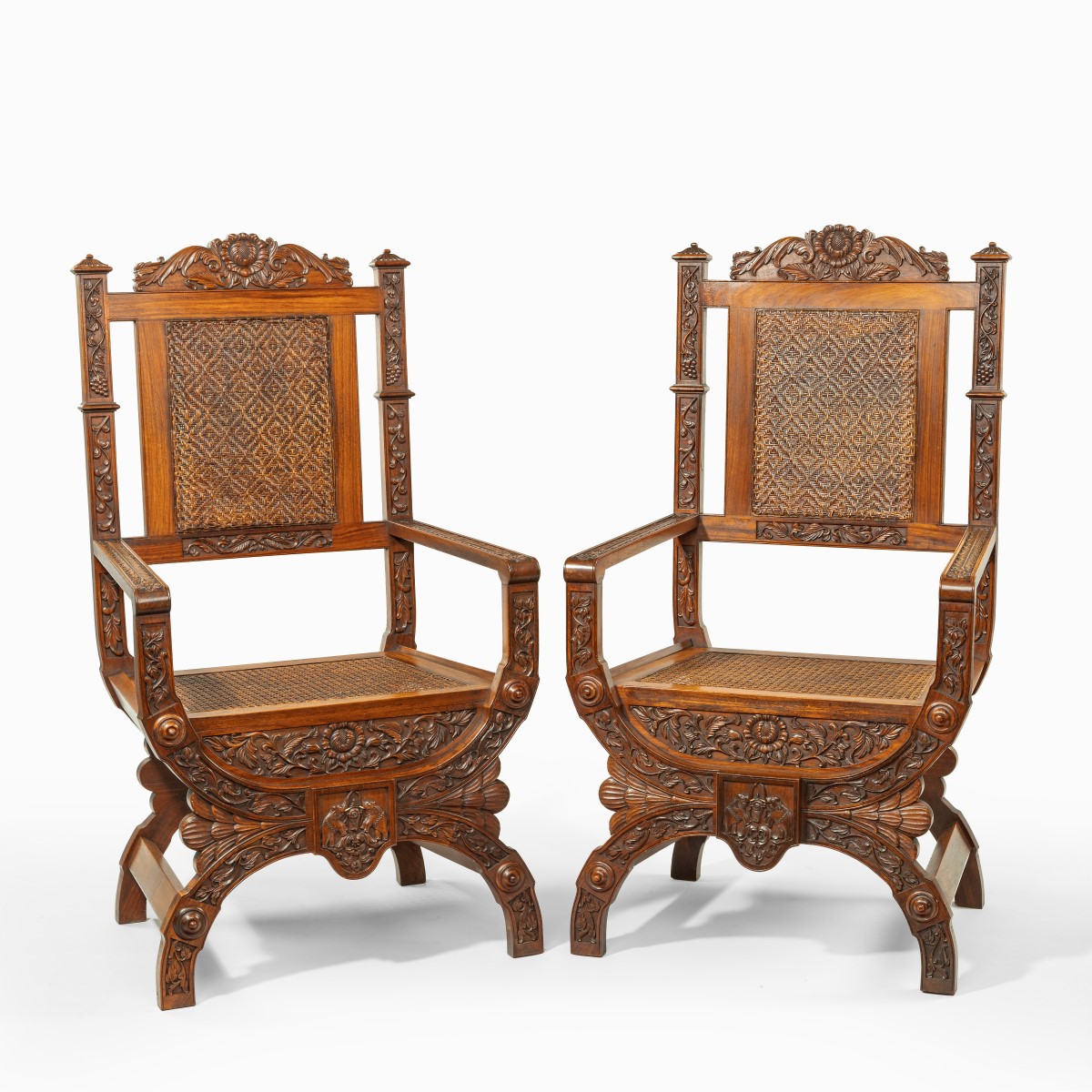 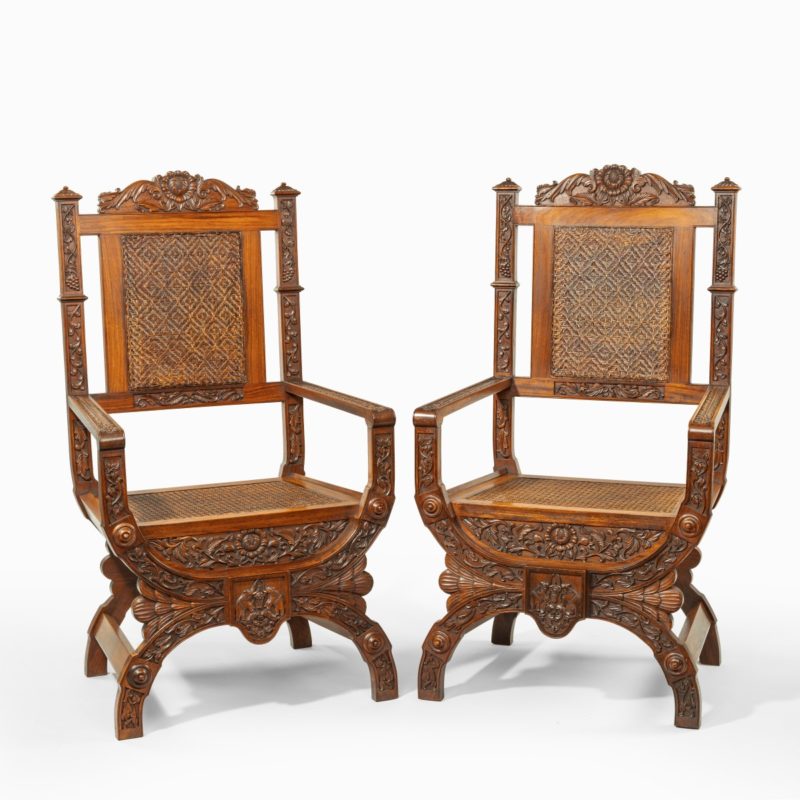 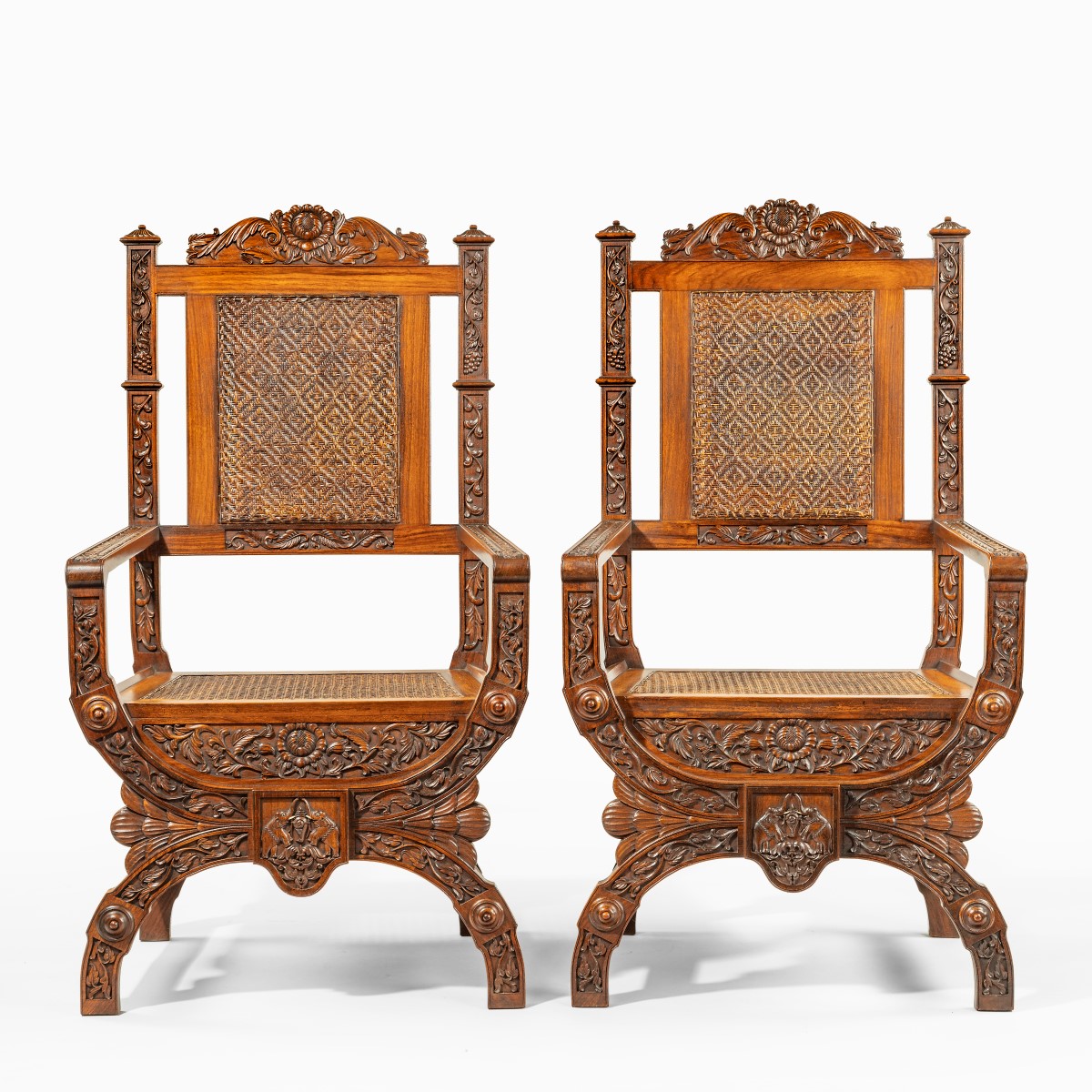 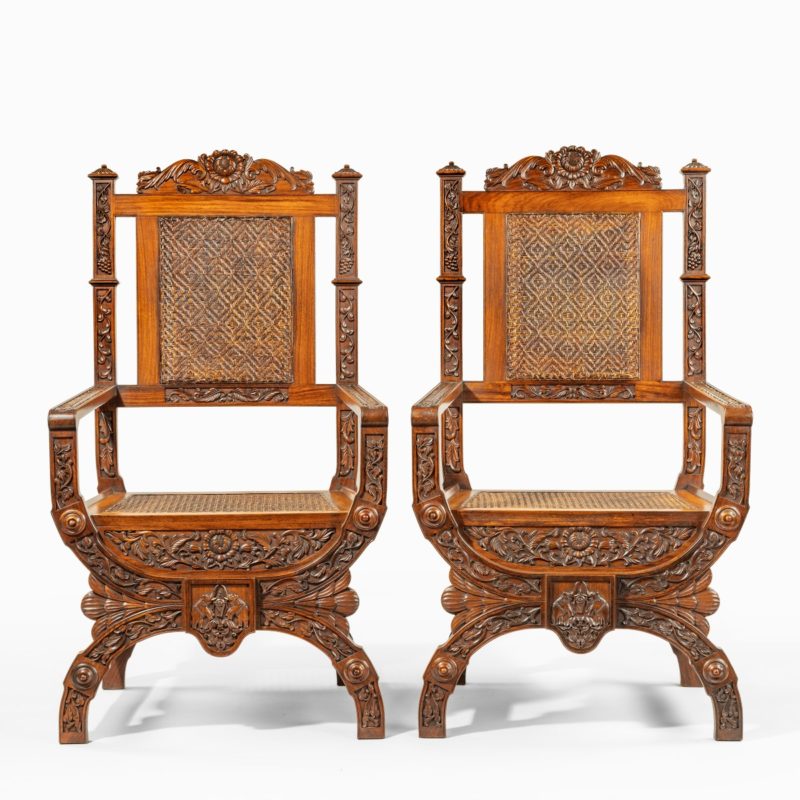 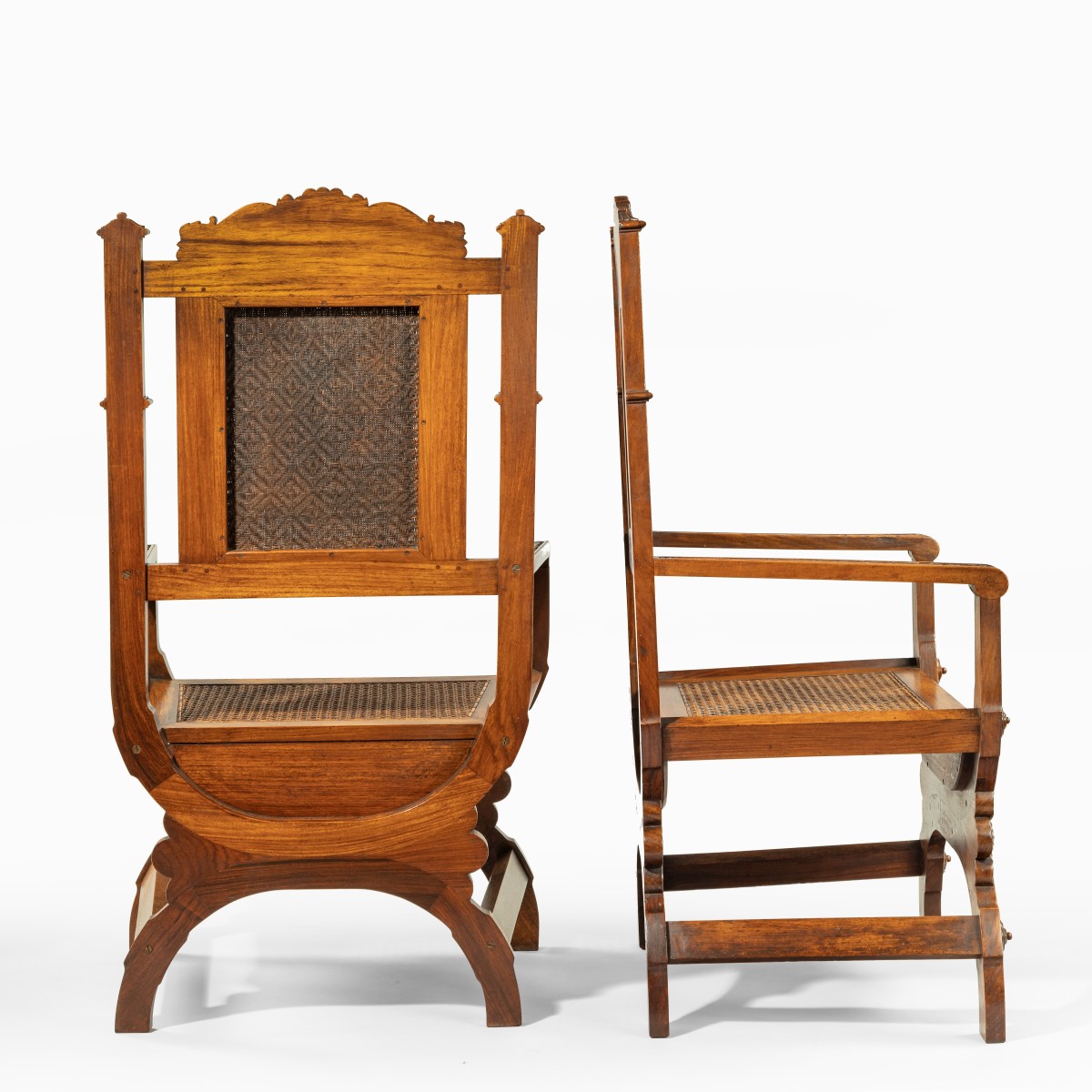 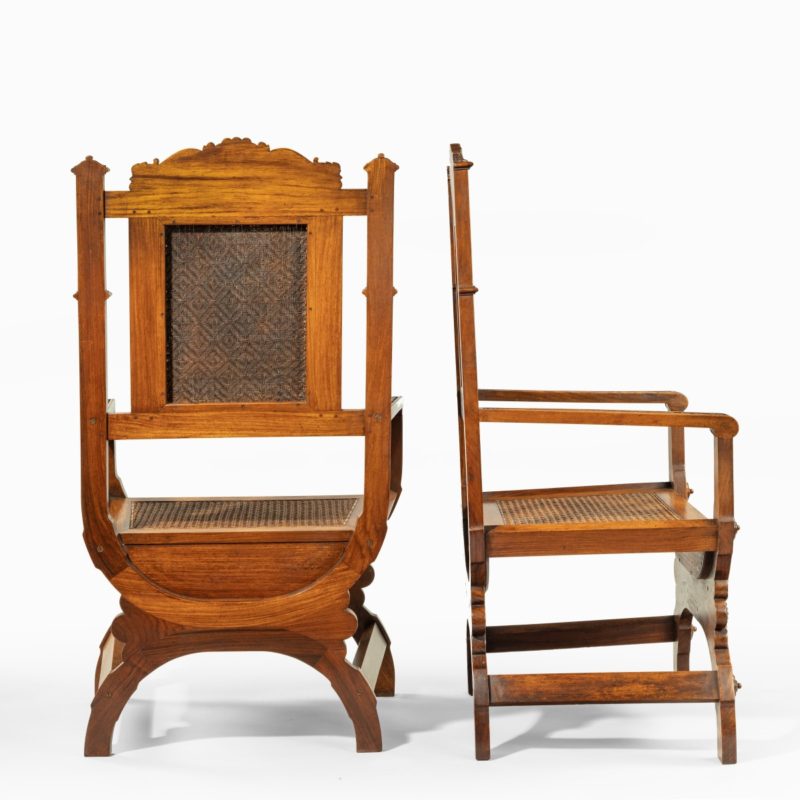 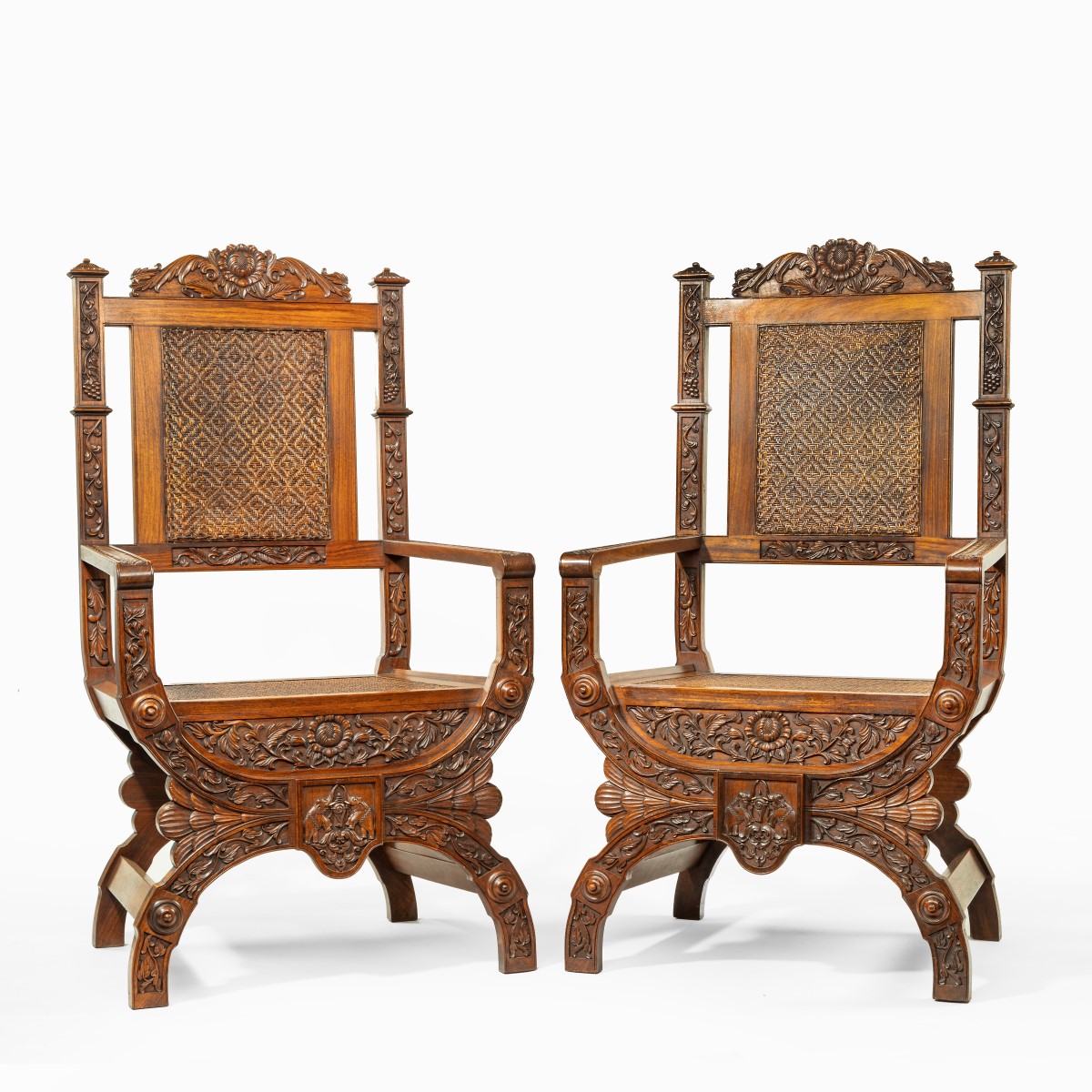 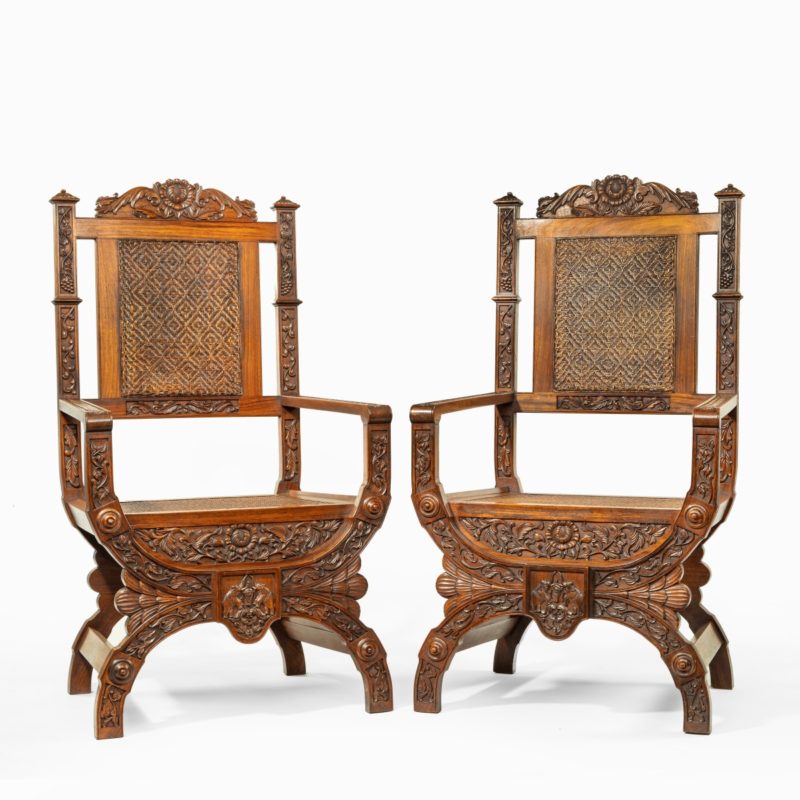 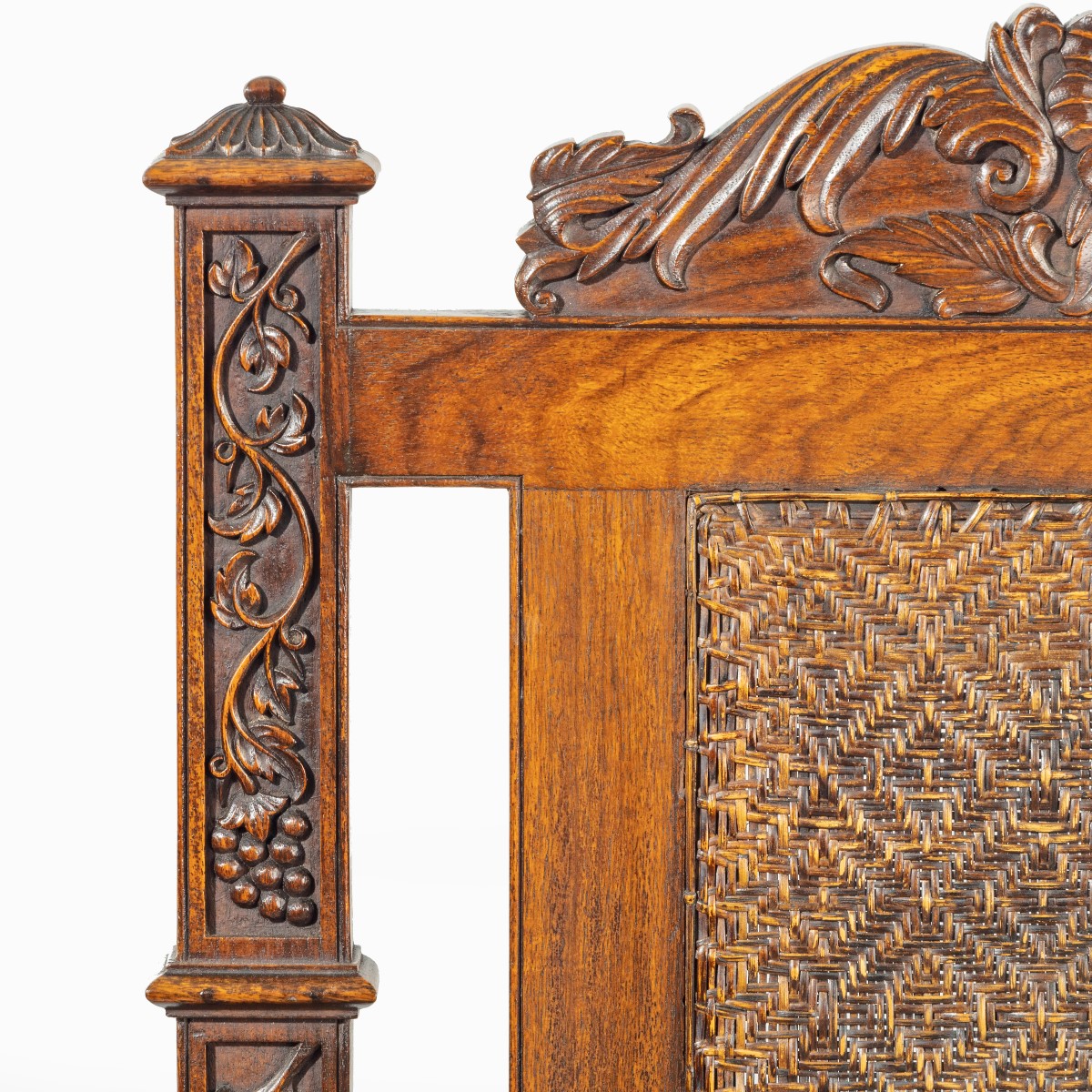 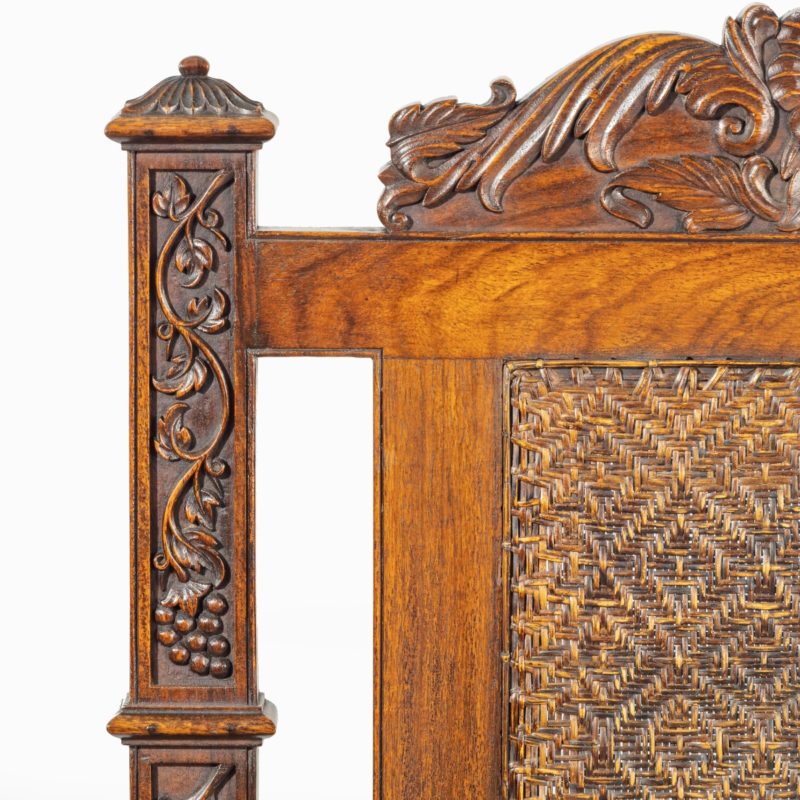 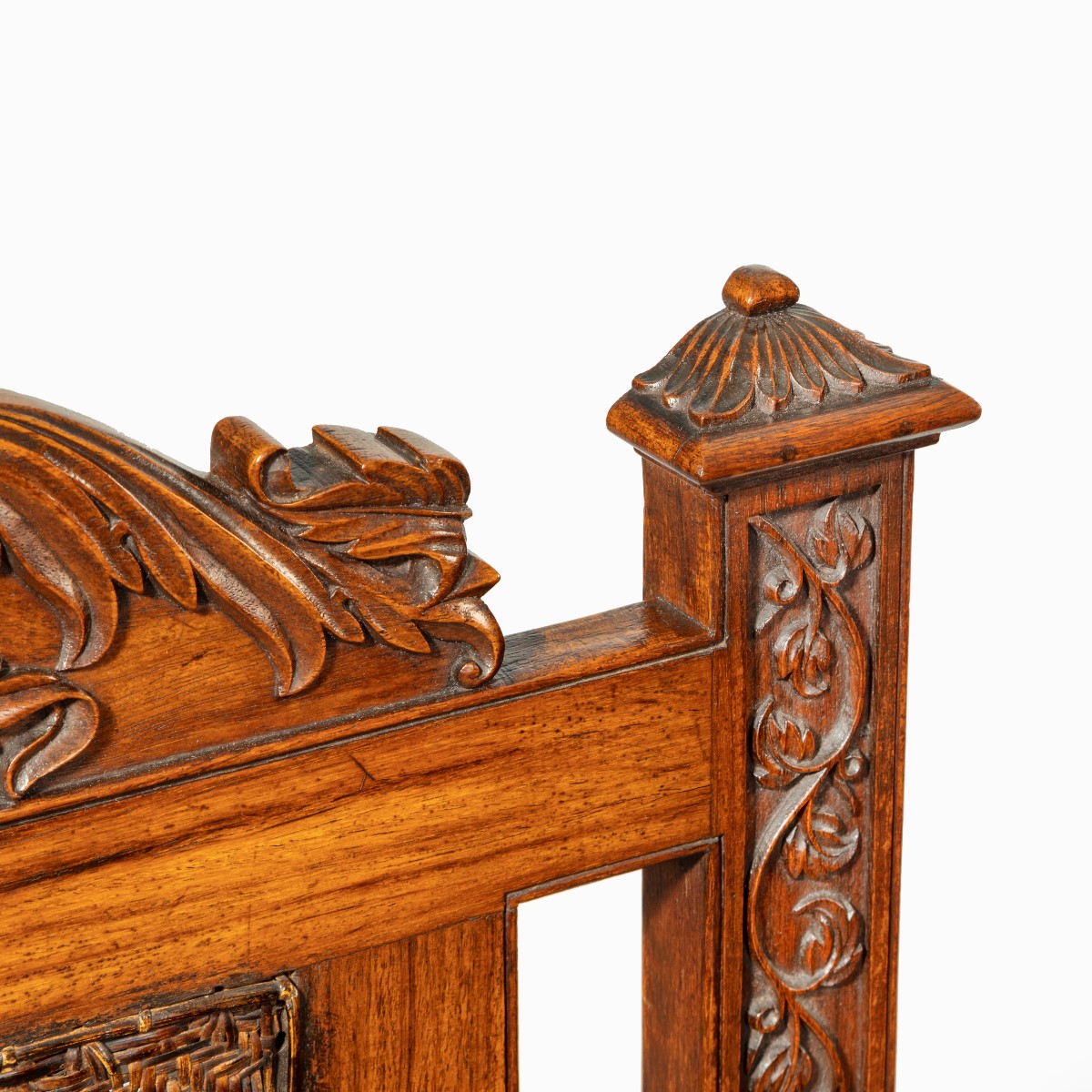 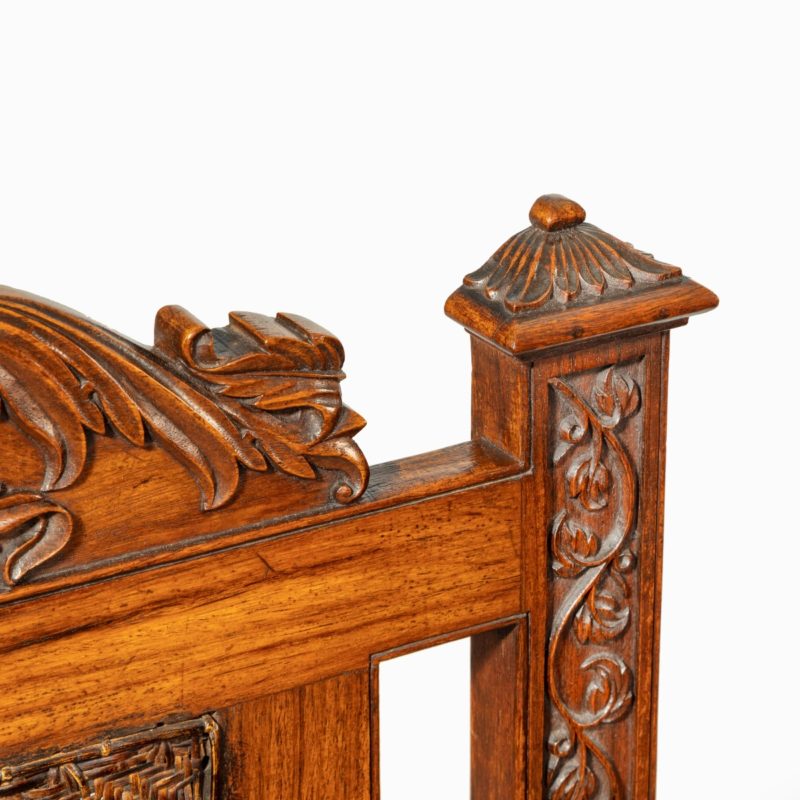 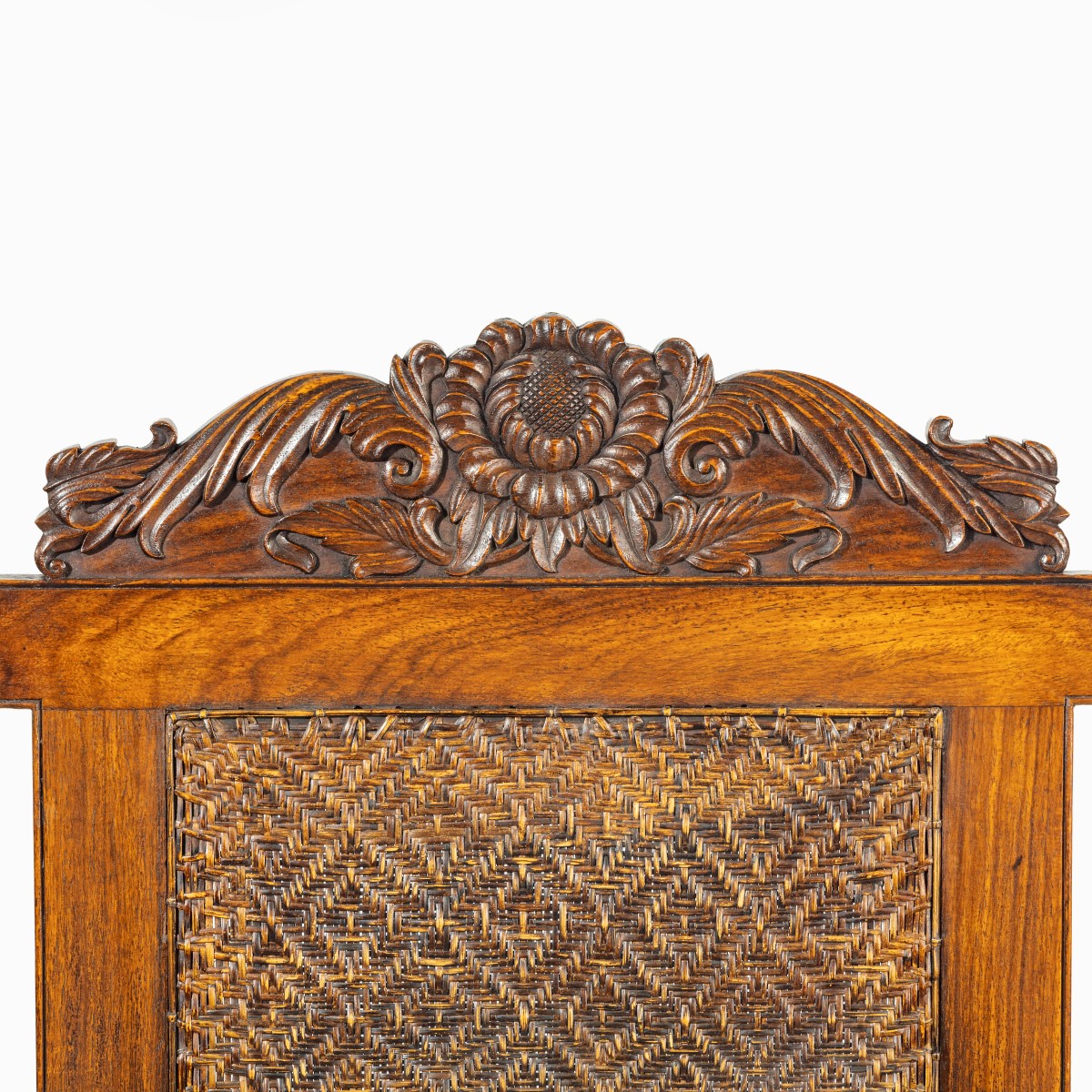 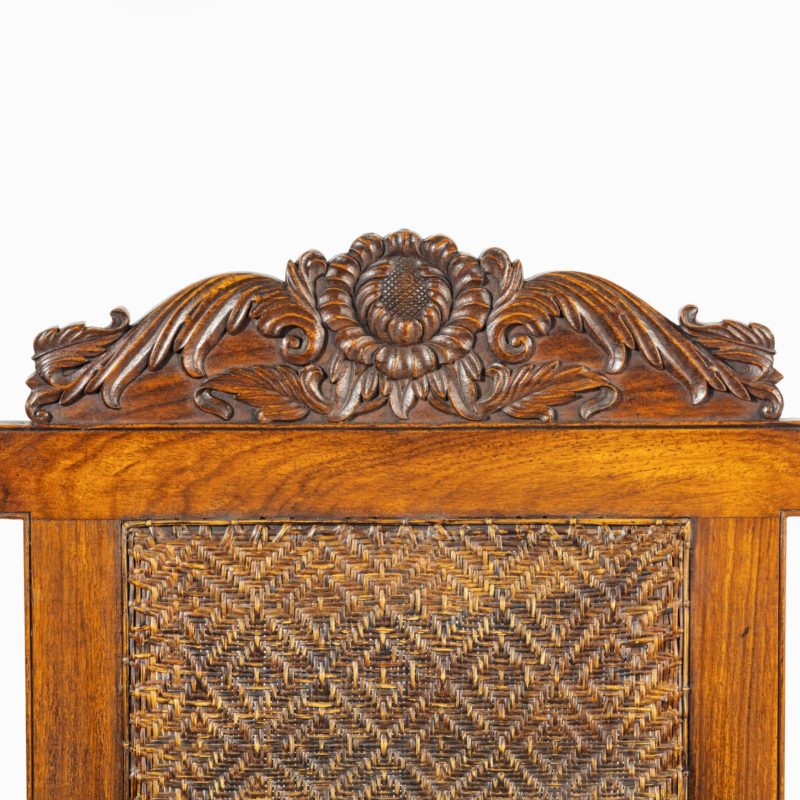 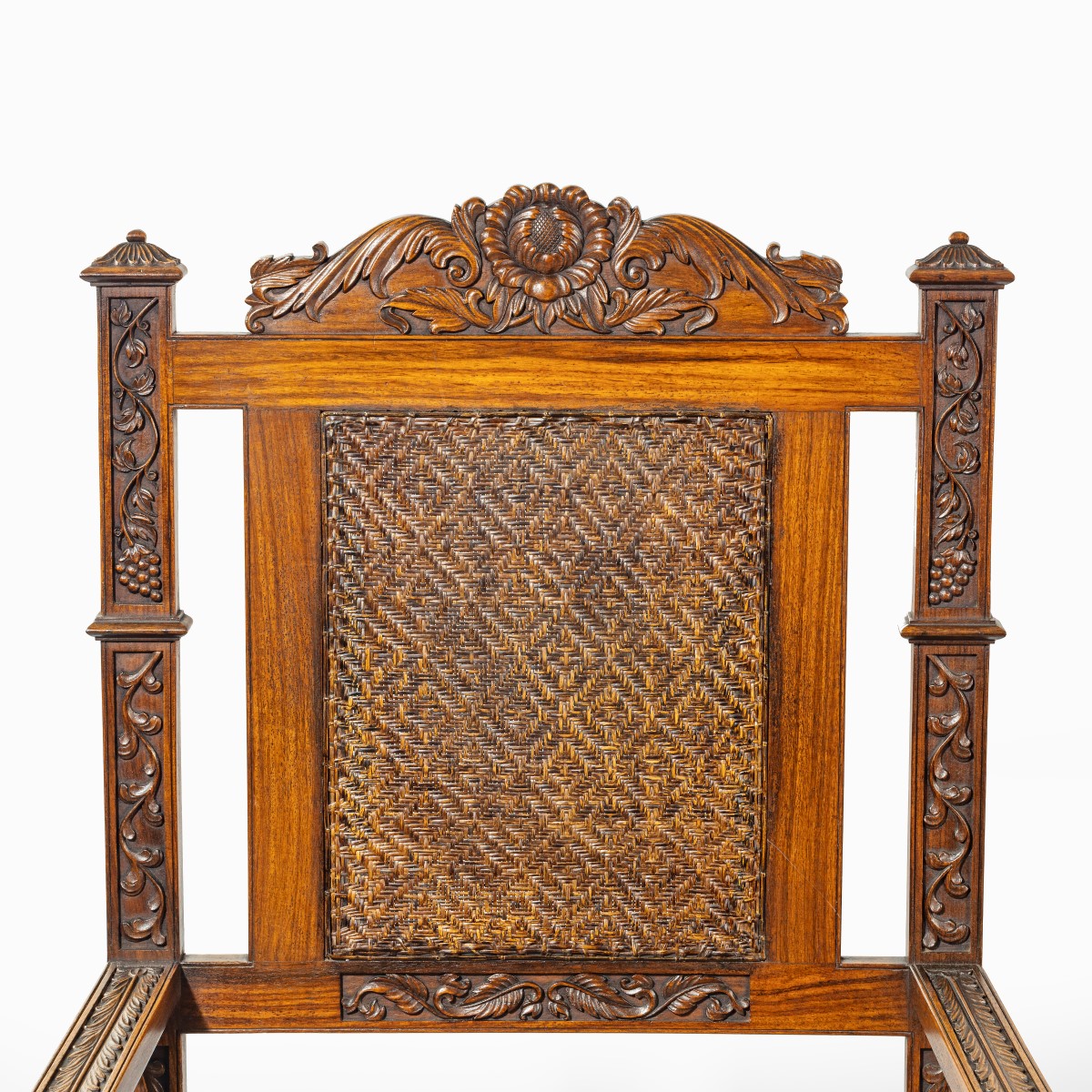 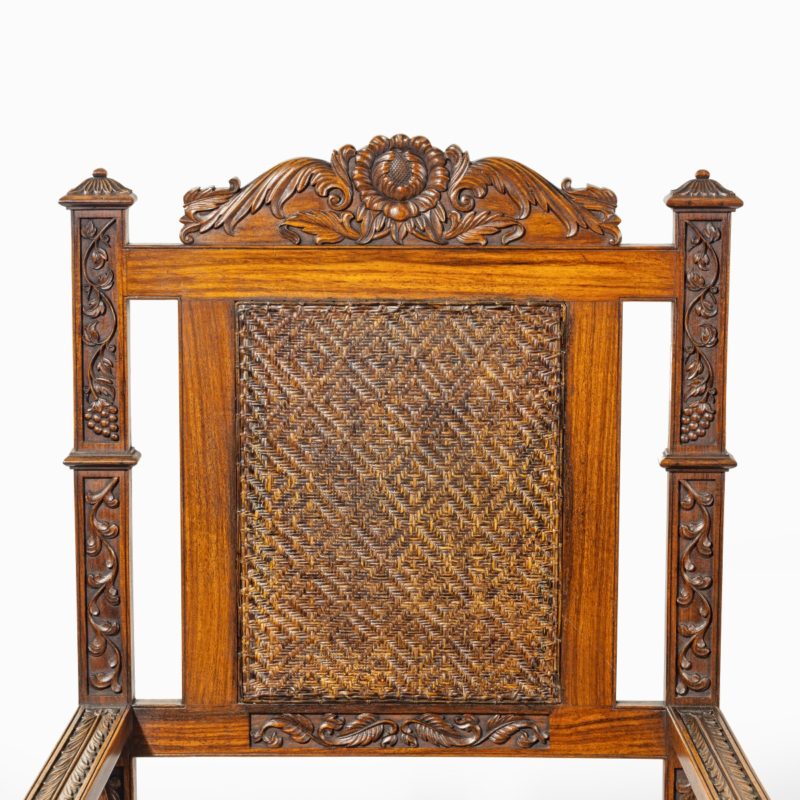 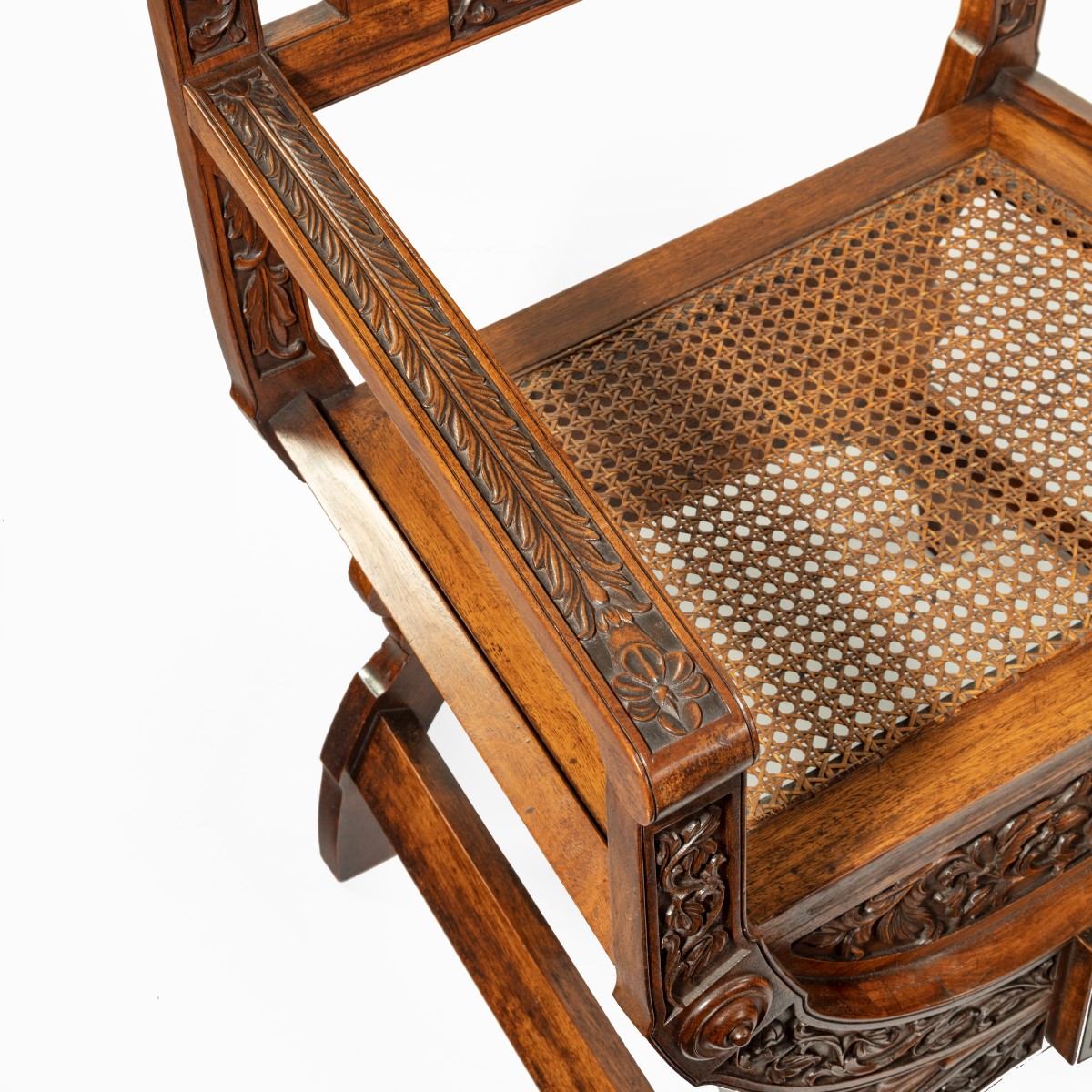 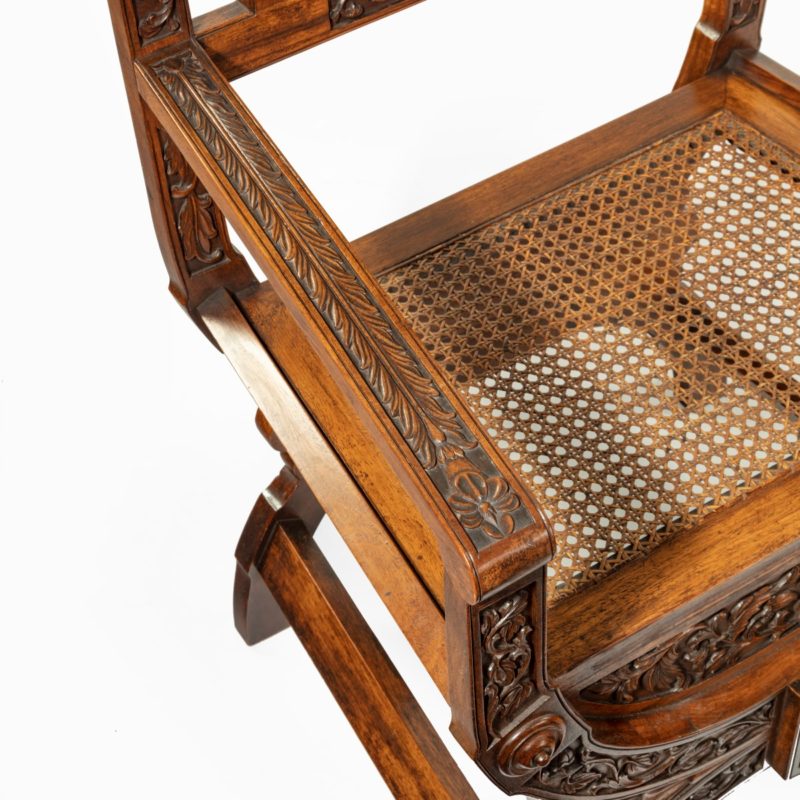 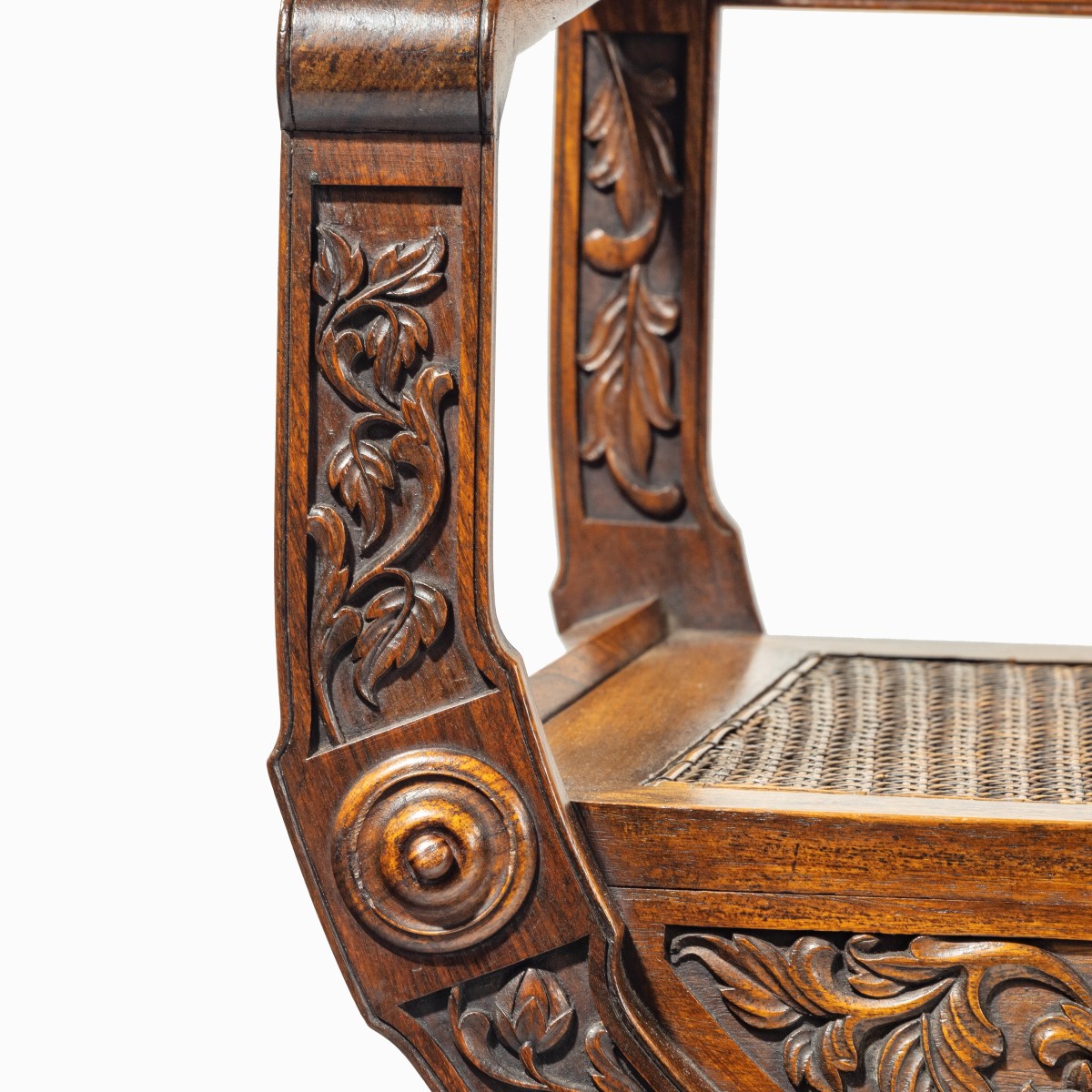 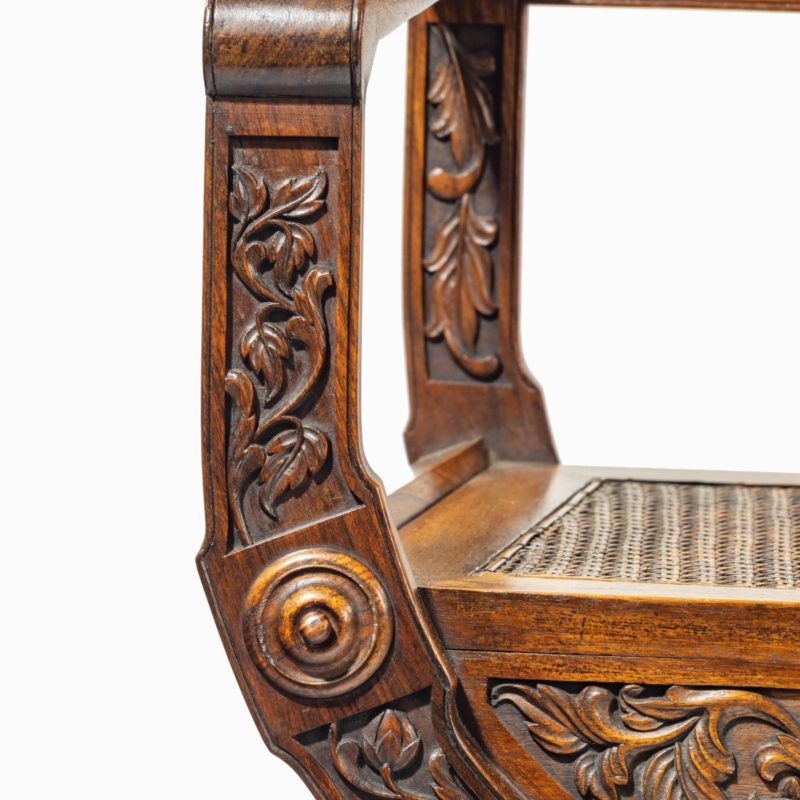 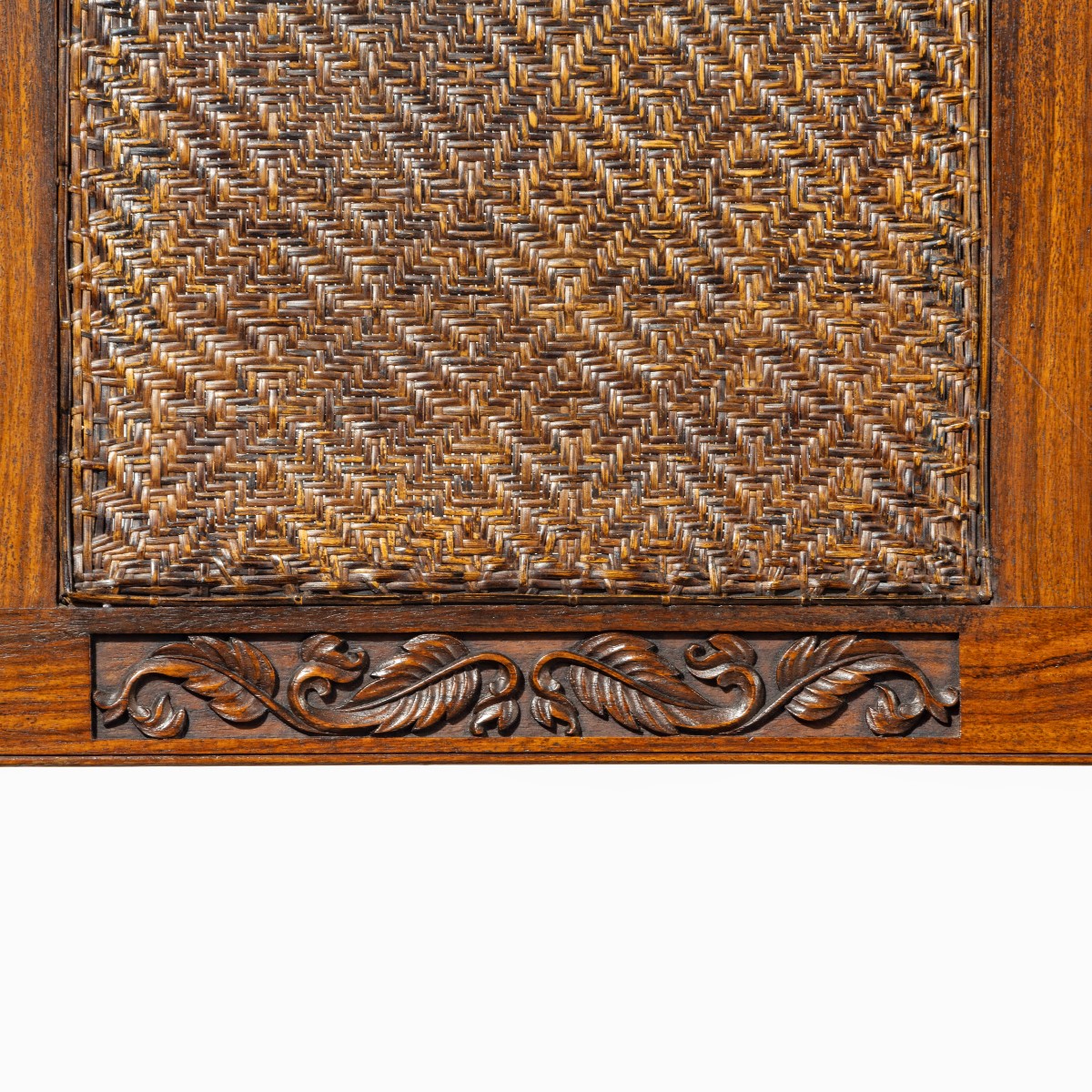 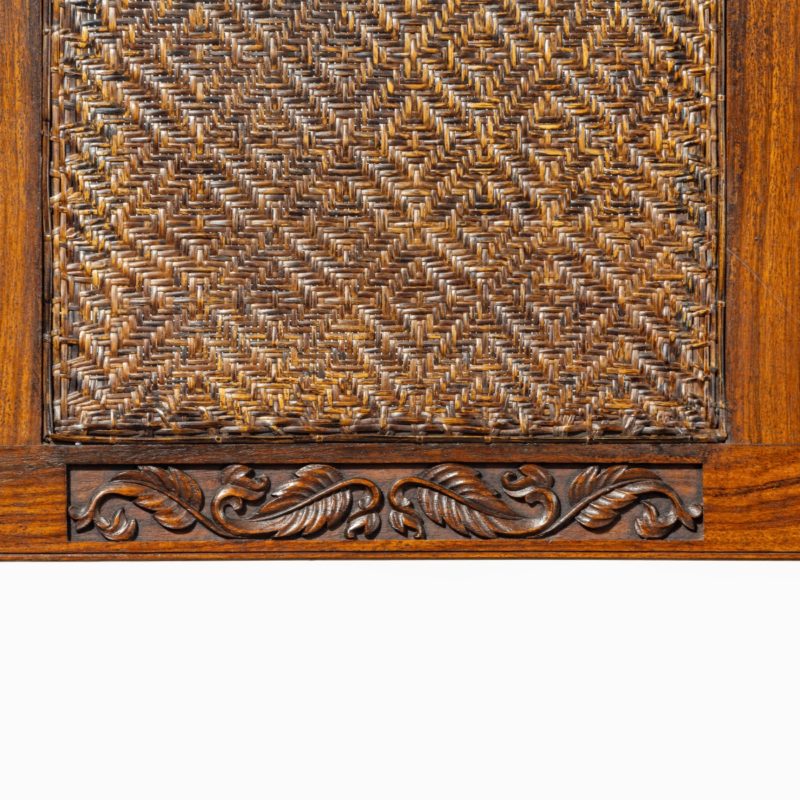 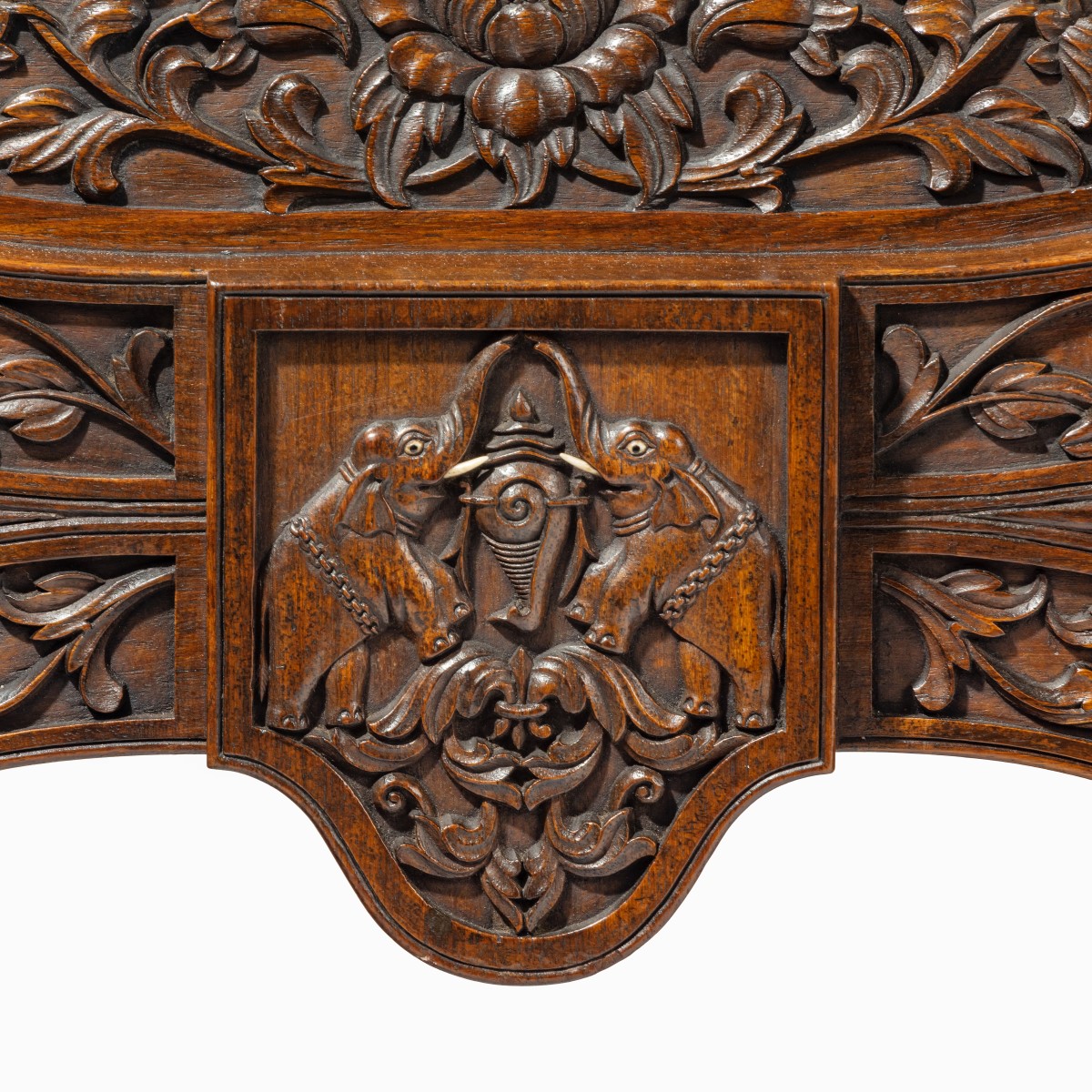 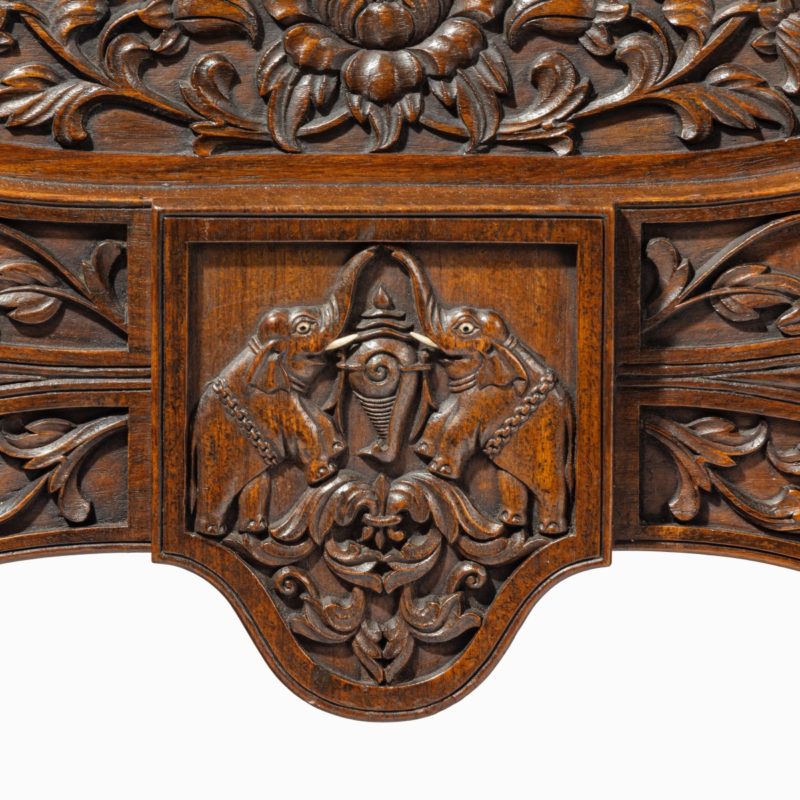 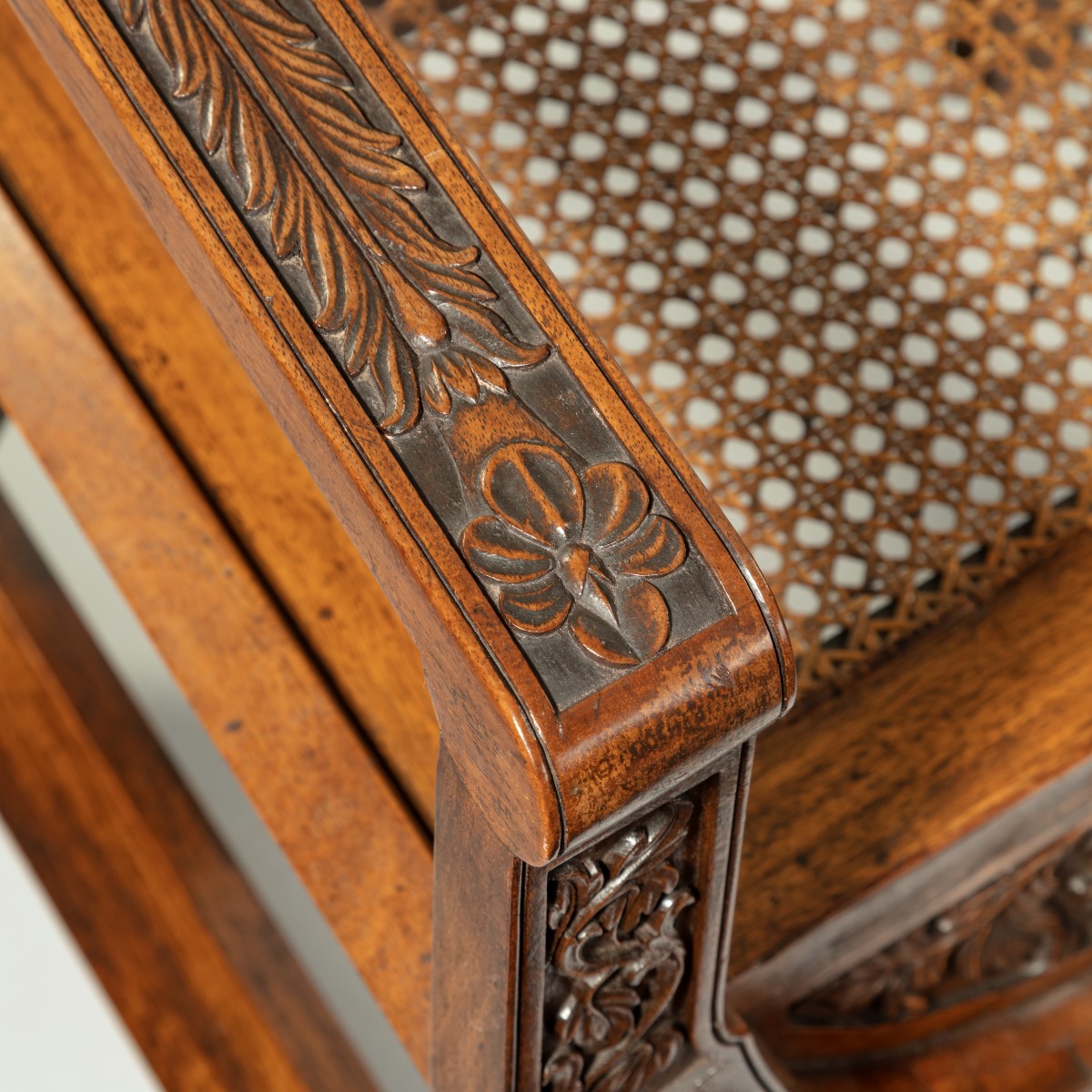 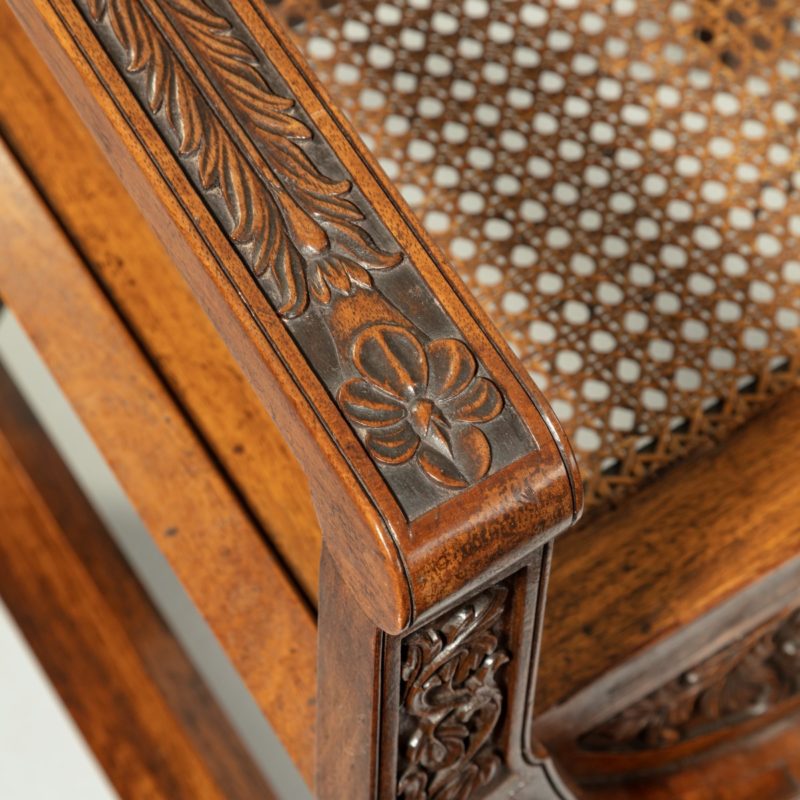 A pair of Indian throne chairs, carved with the arms of the Kingdom of Travancore

A pair of Indian throne chairs, carved with the arms of the Kingdom of Travancore, each of curule or “x-framed” form carved with fleshy naturalistic flowers, tendrils, vines and foliage, the seat and back with rattan panels, the X centred on an escutcheon showing a spiral conch flanked by confronting elephants.  Indian, circa 1910.

The Kingdom of Travancore (or Thiruvithamkoor), was an Indian kingdom from c. 1729 until 1949.  It was ruled by the Travancore Royal Family and, at its zenith, the kingdom covered most of the southernmost part of modern-day Kerala and Tamil Nadu.  The coat of arms had two elephants flanking a spiral conch.  King Marthanda Varma inherited the small feudal state of Venad in 1723 and built it into Travancore, one of the most powerful kingdoms in southern India by defeating, first the Dutch, then most of the principalities of the native rulers and finally the powerful Zamorin of Kozhikode in 1755.  In the early 19th century, the kingdom became a princely state of the British Empire.