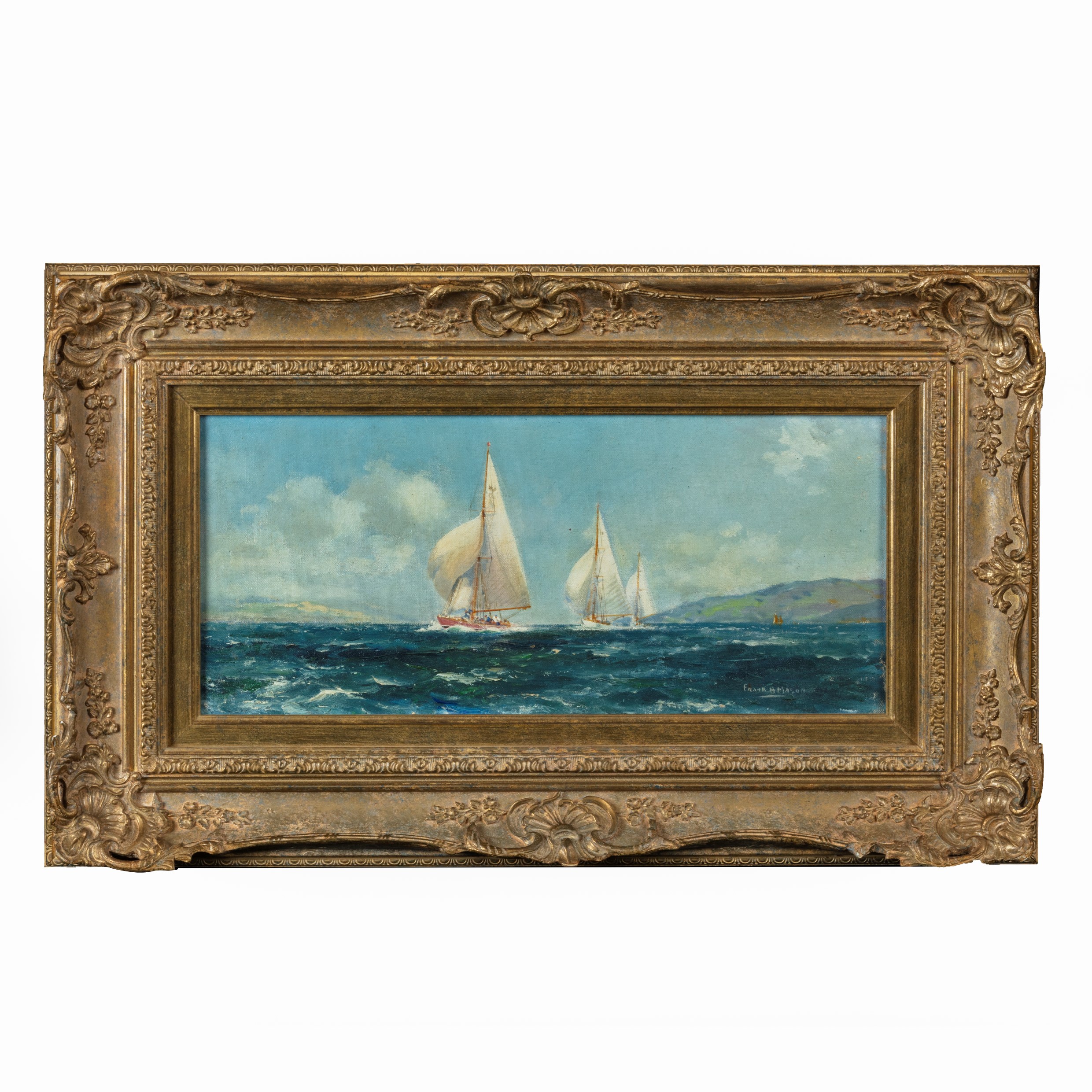 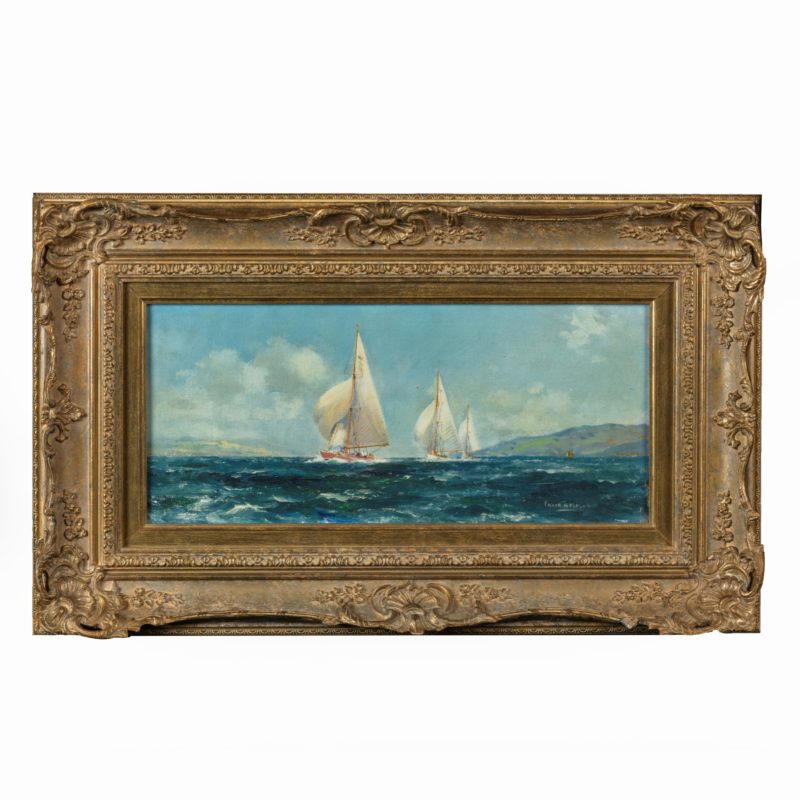 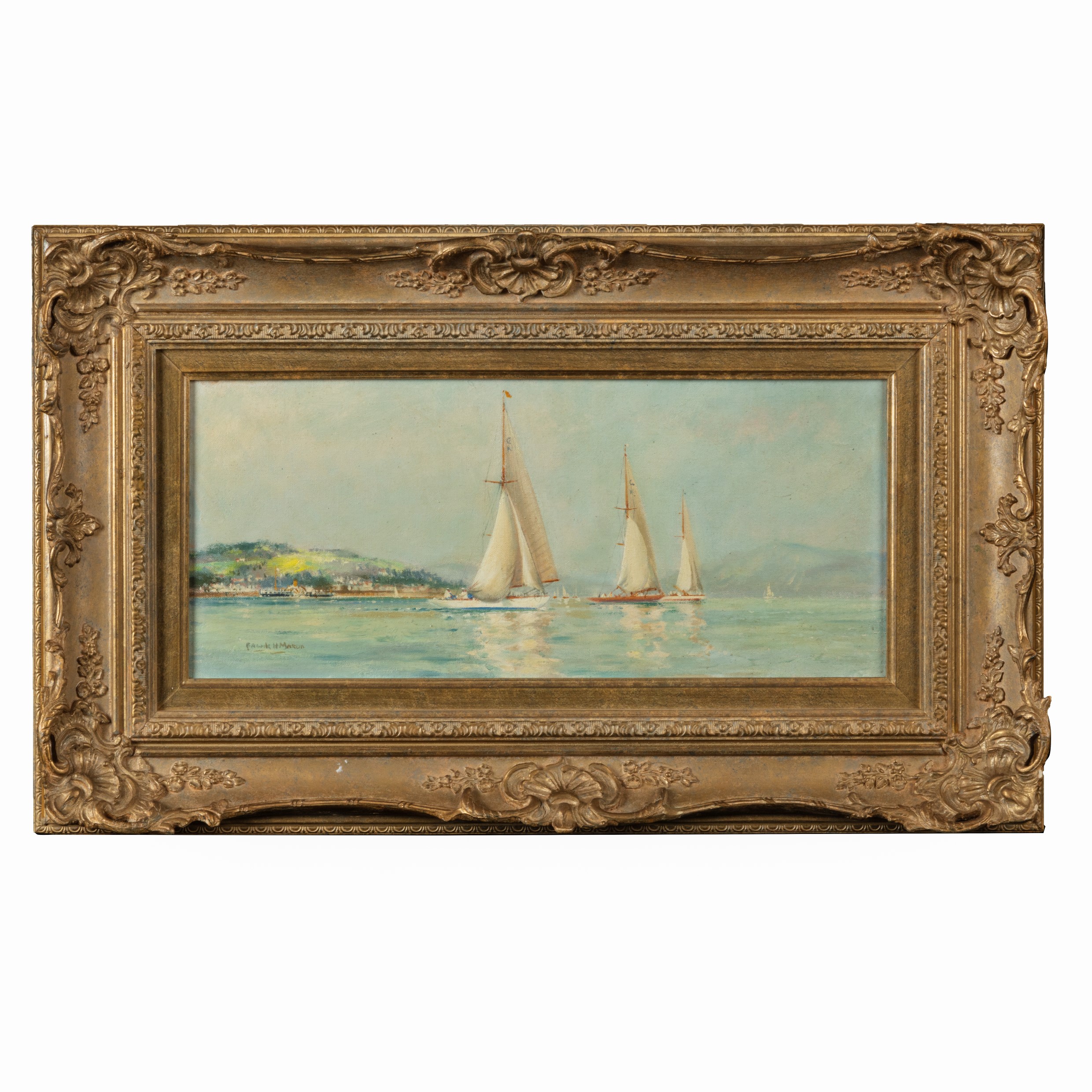 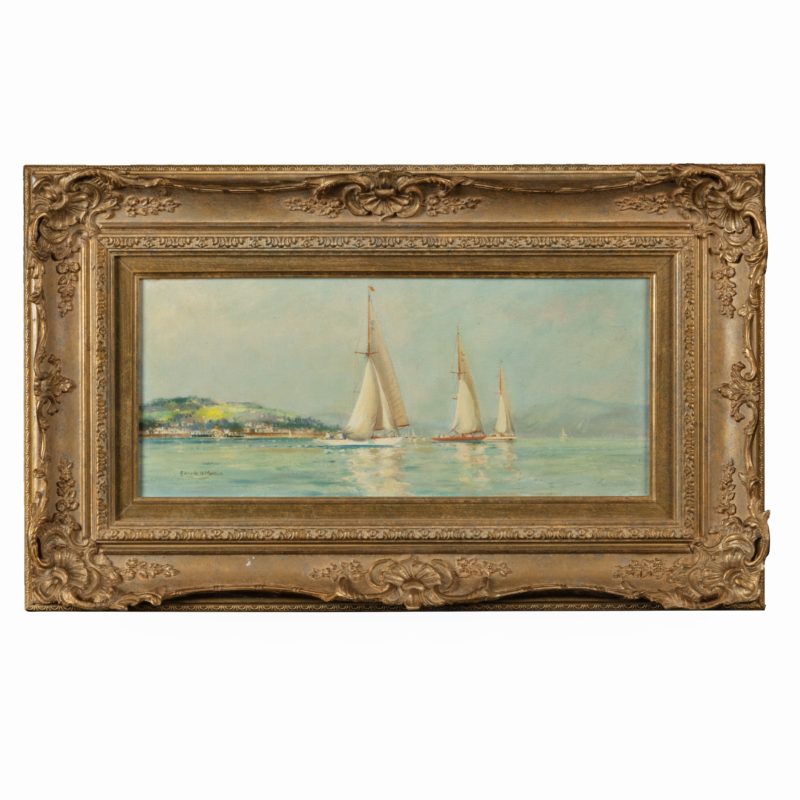 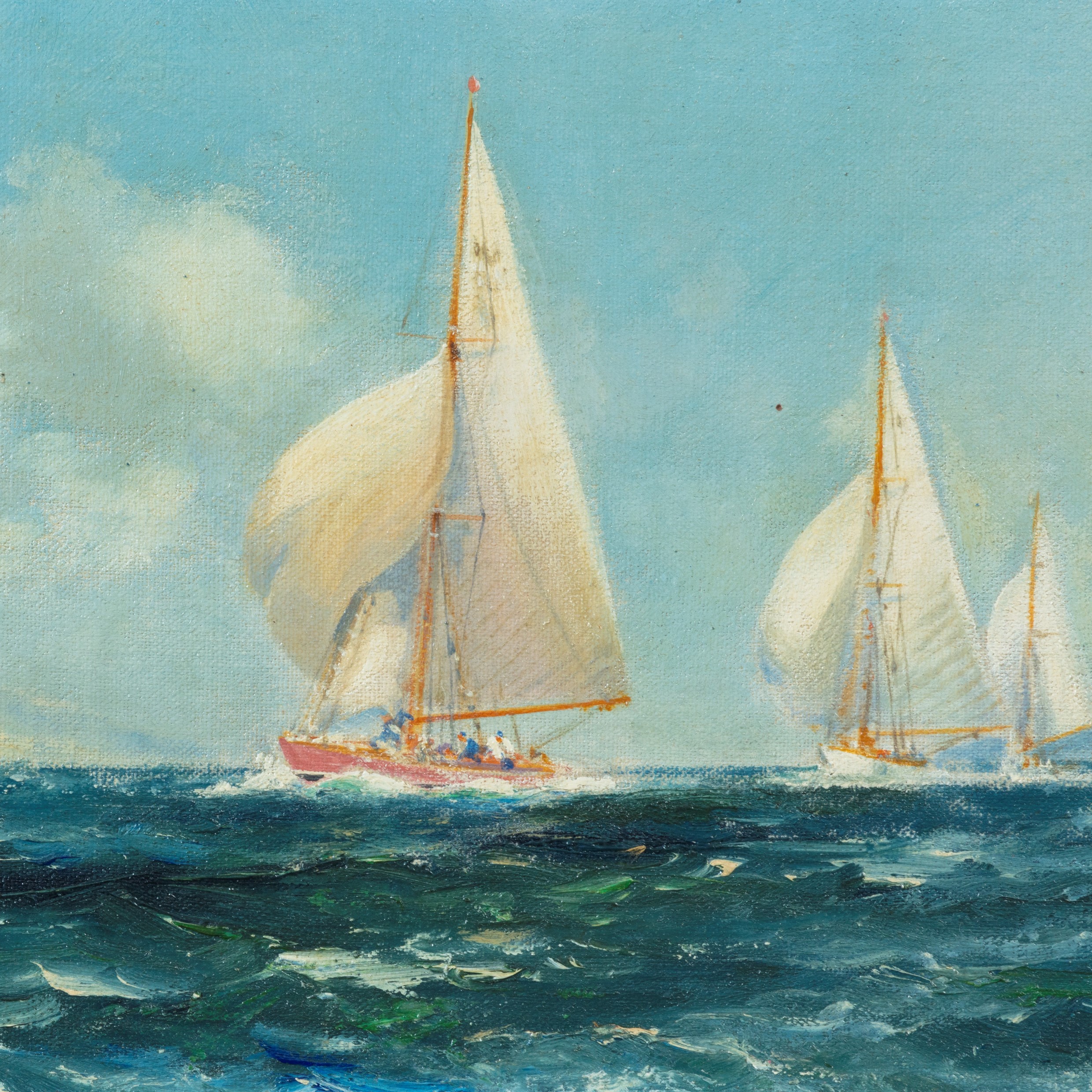 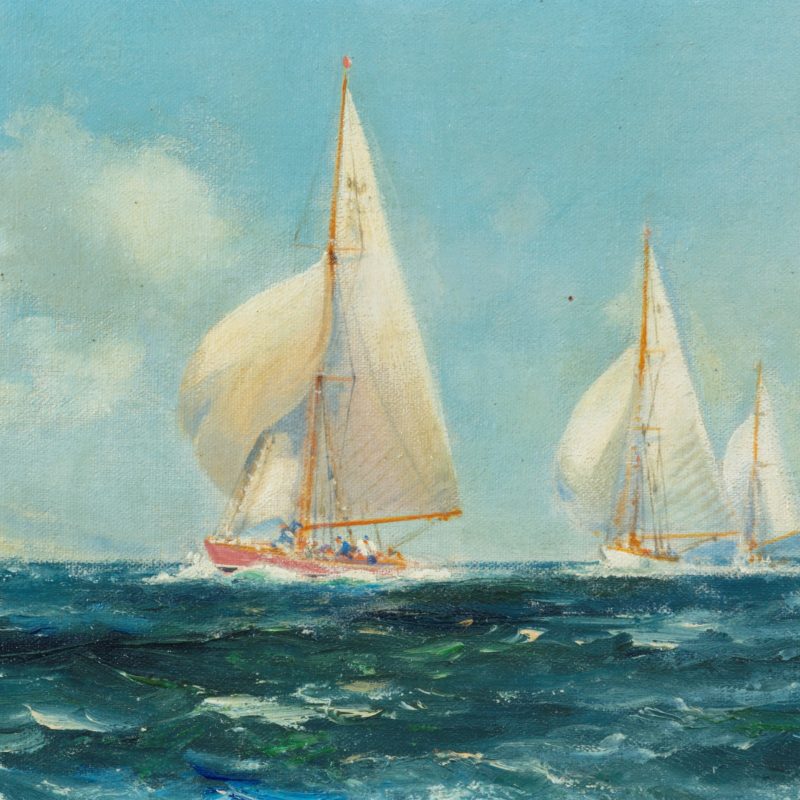 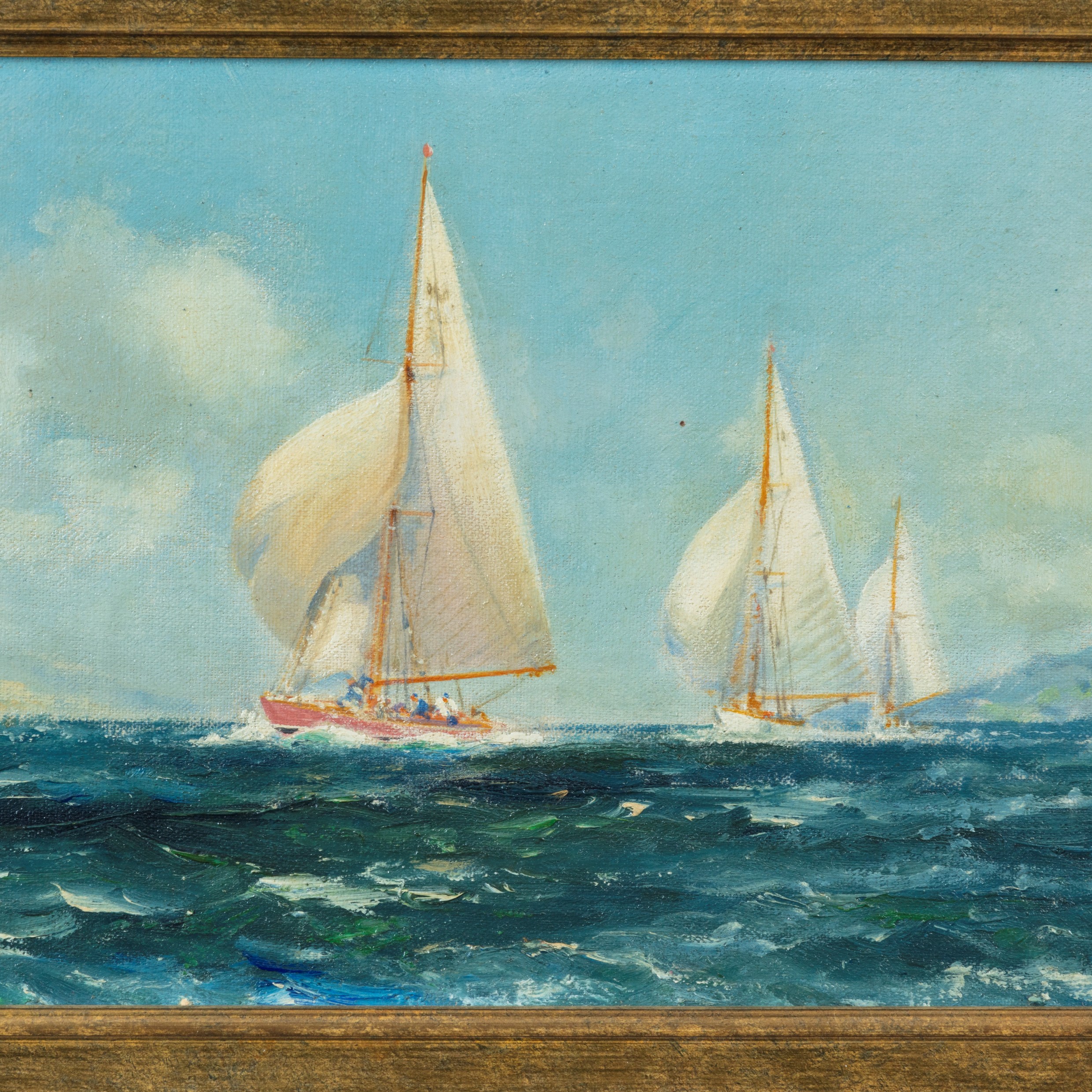 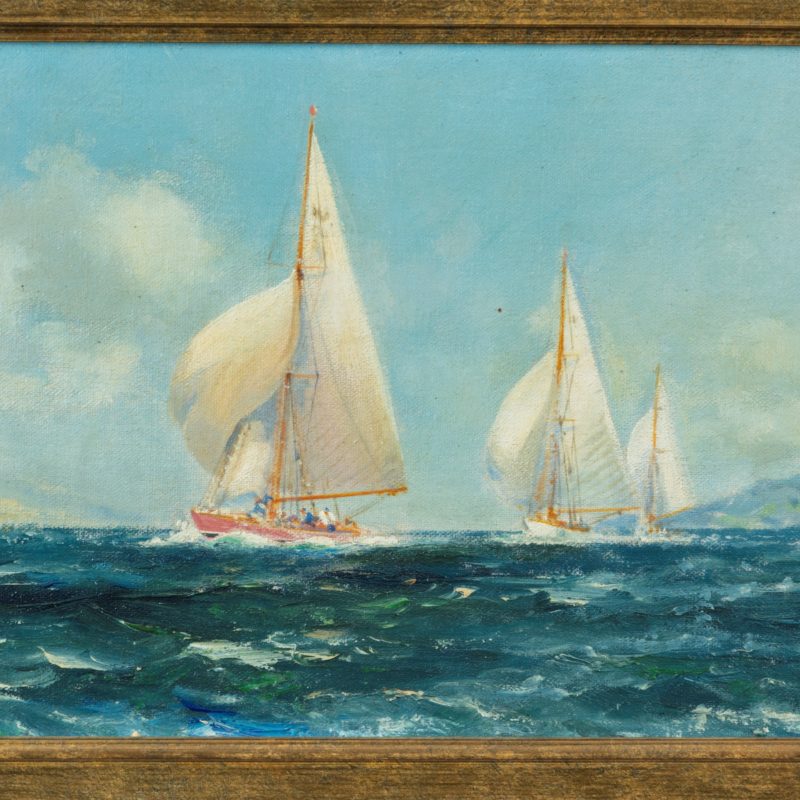 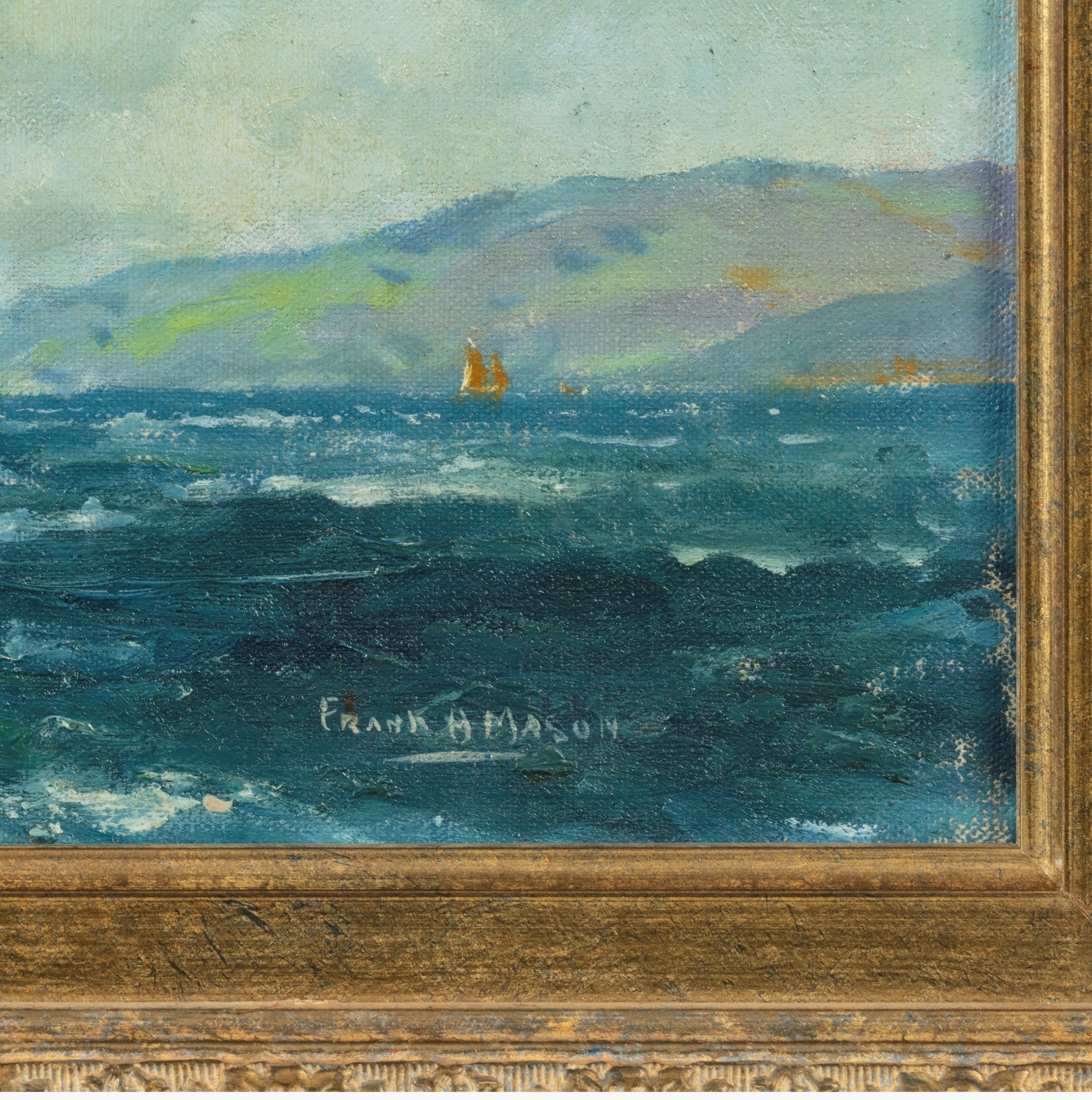 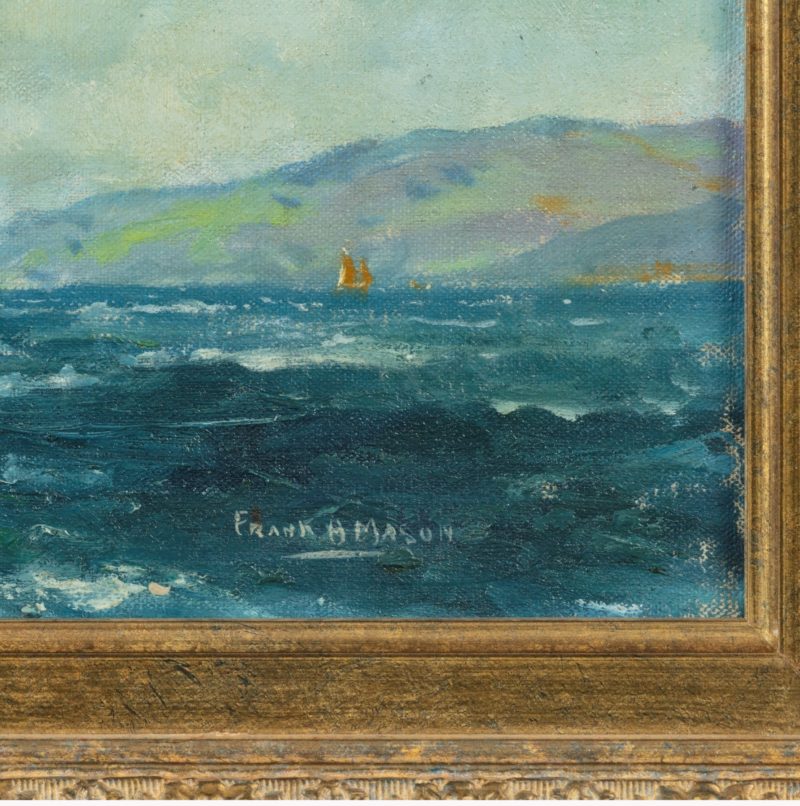 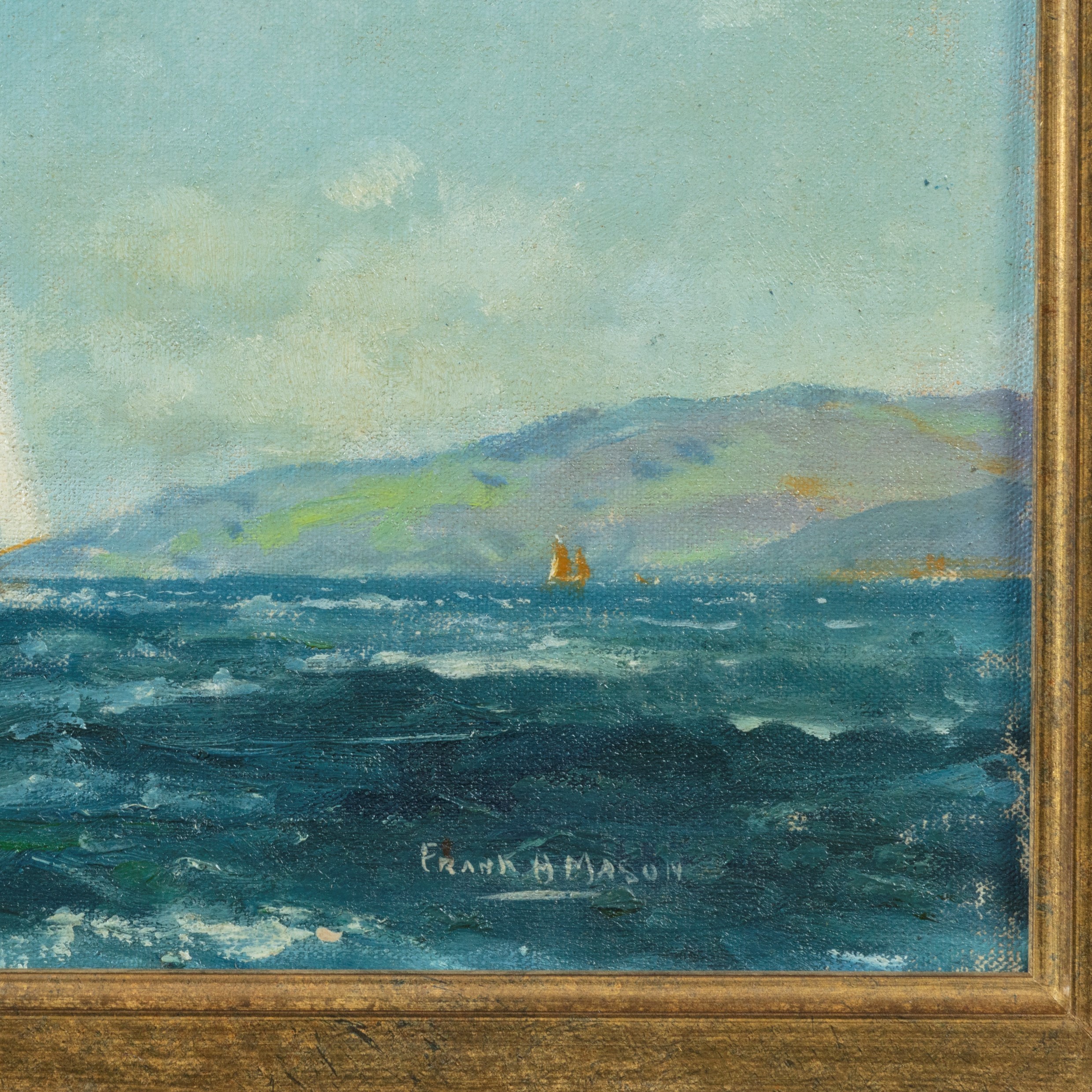 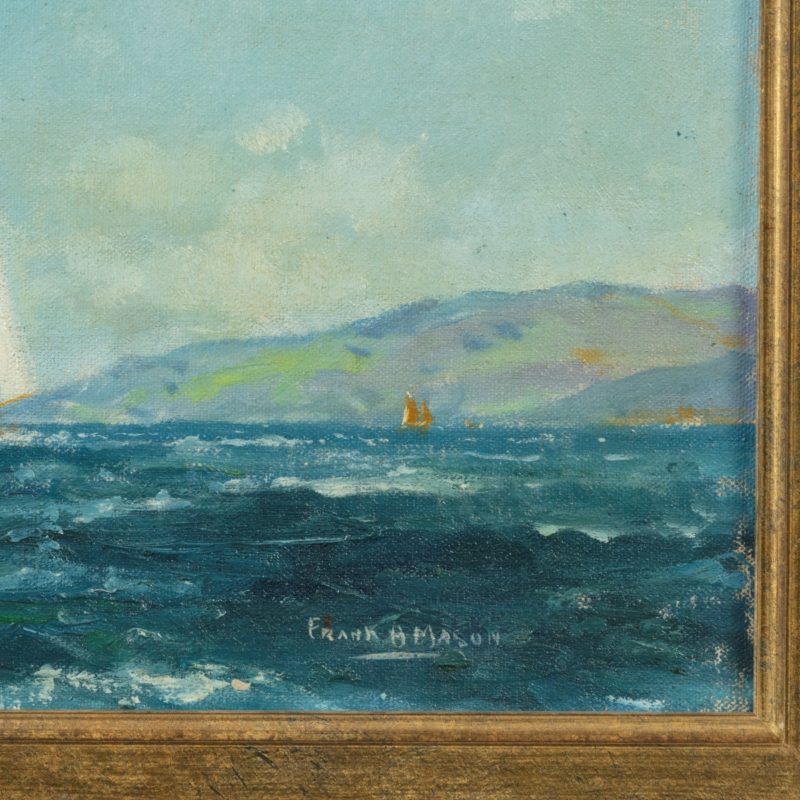 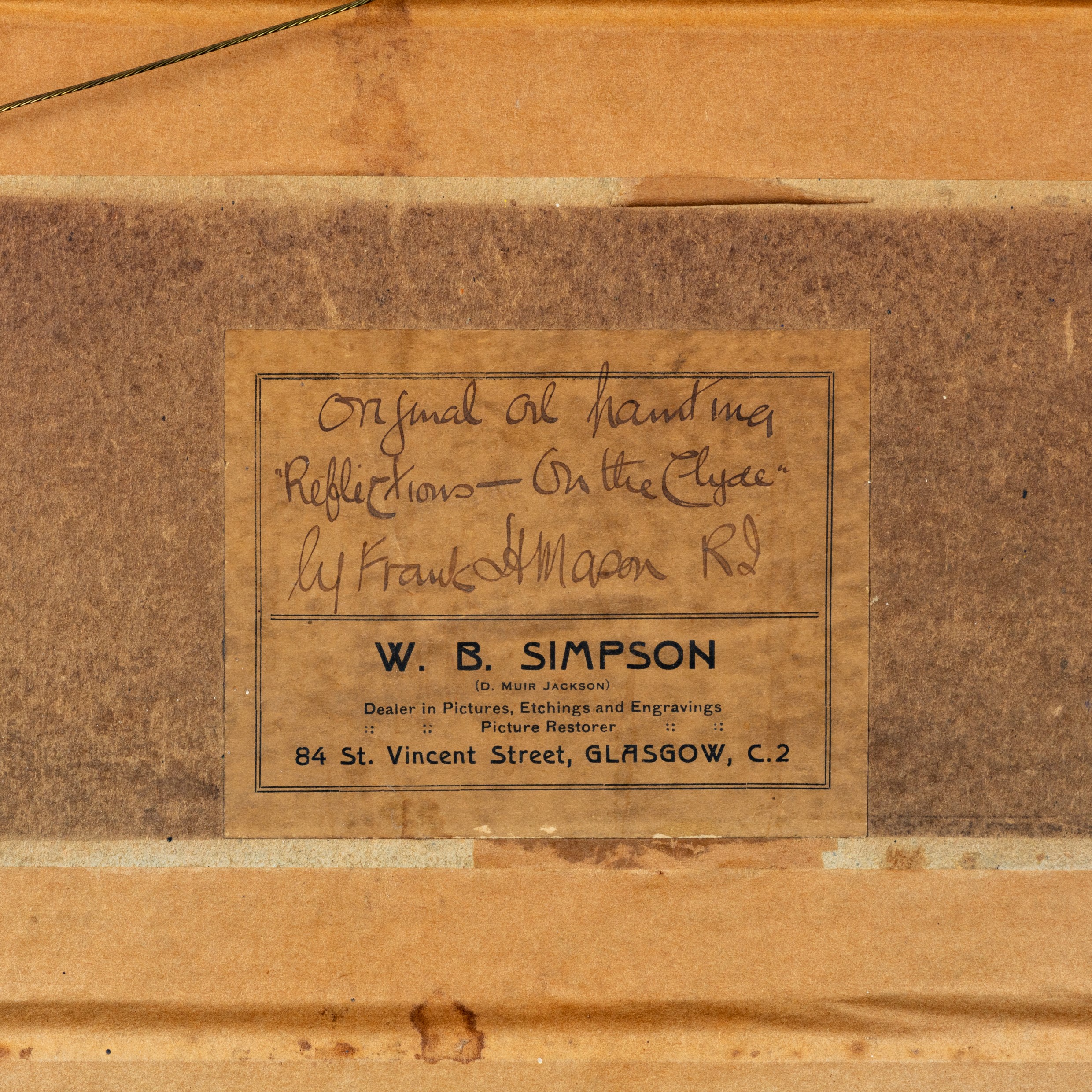 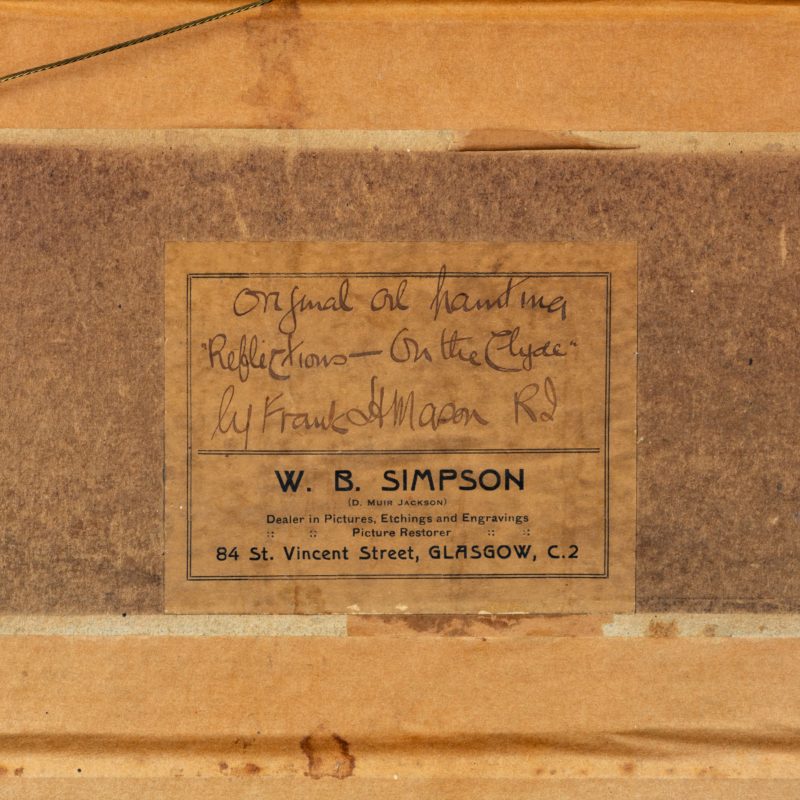 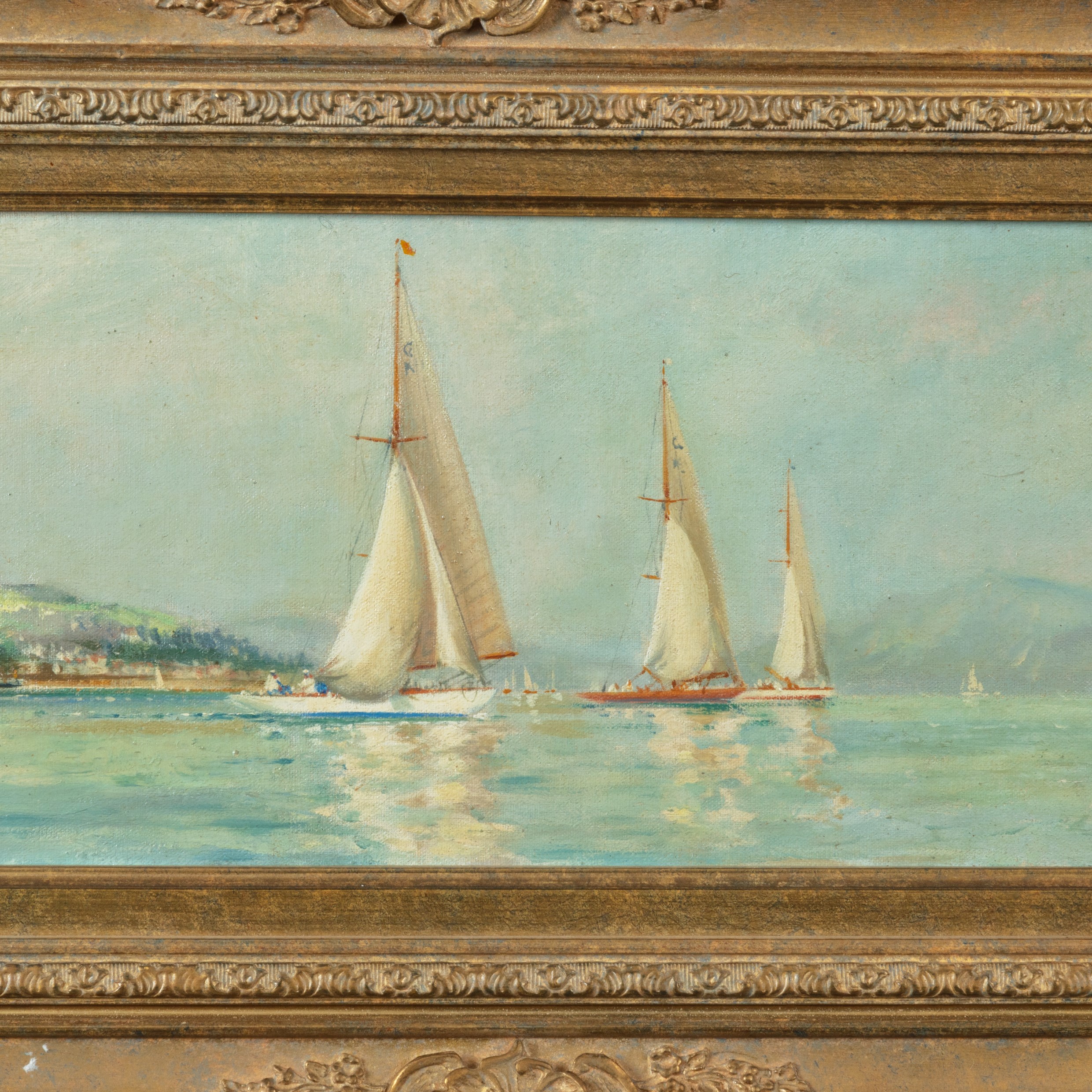 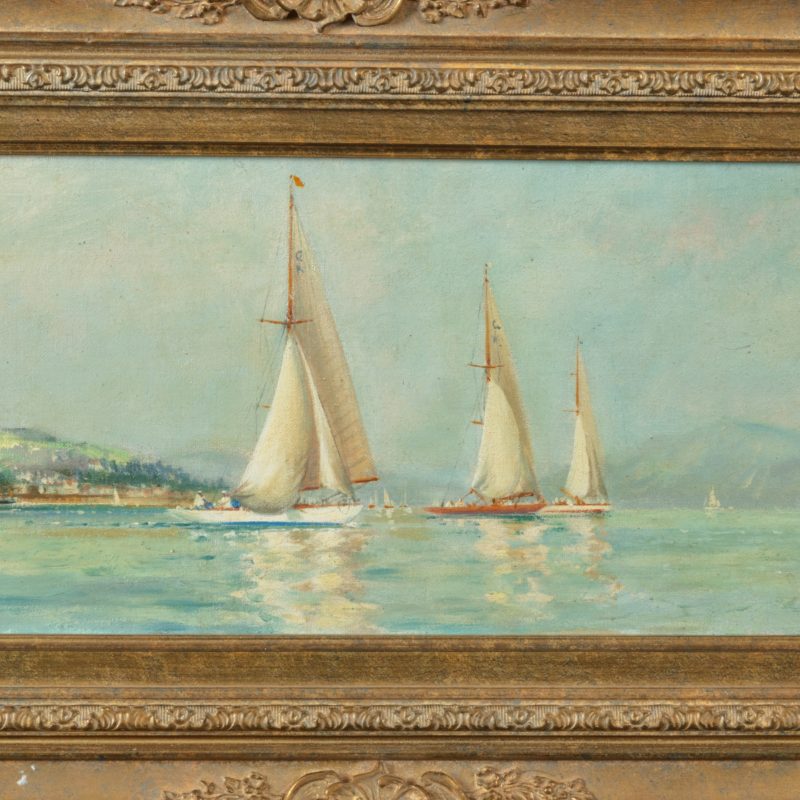 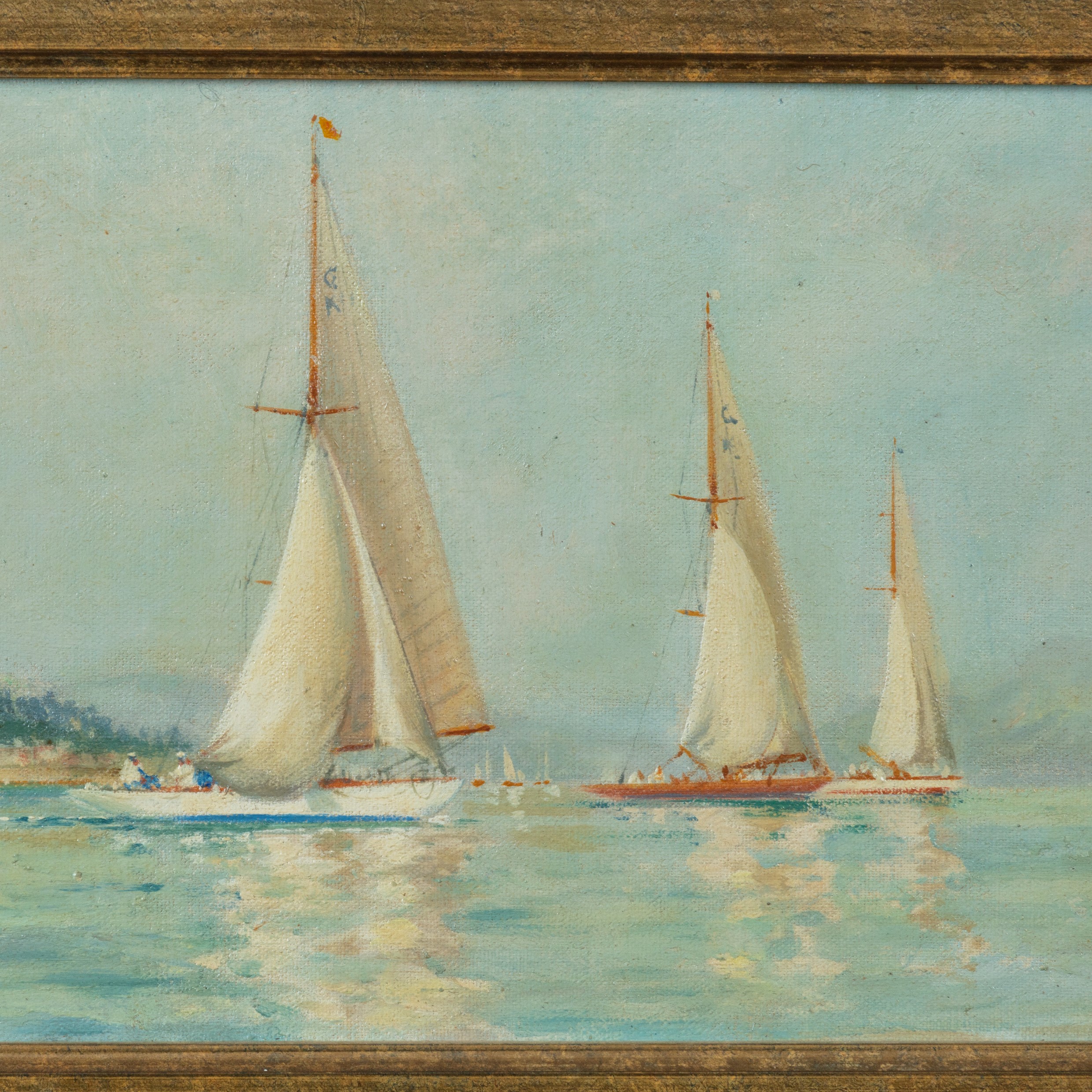 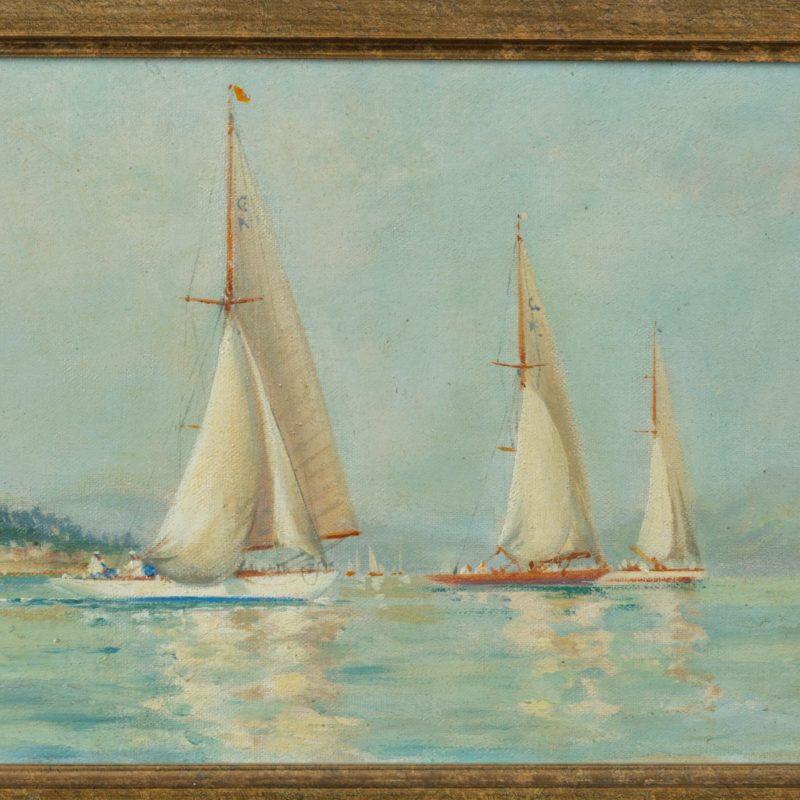 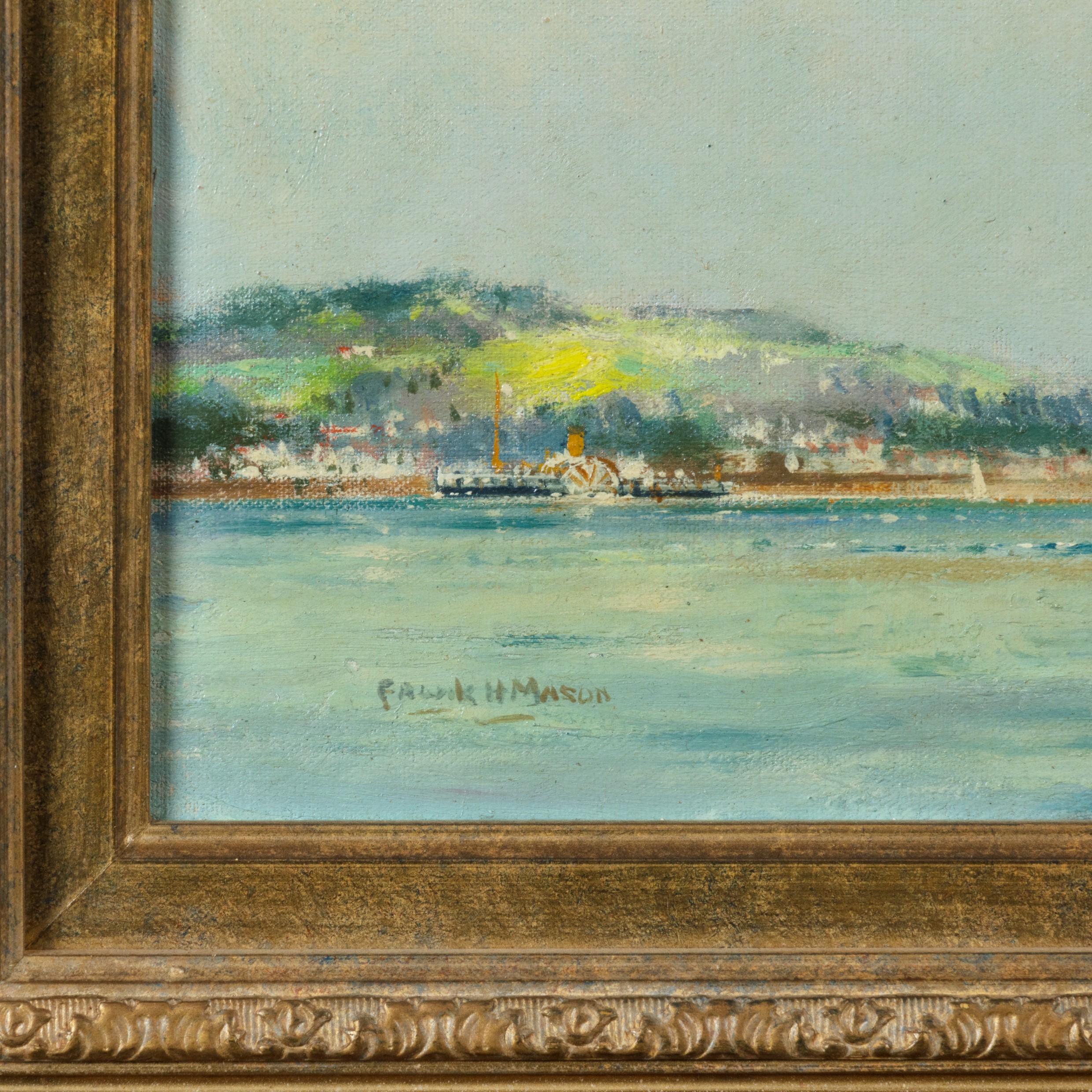 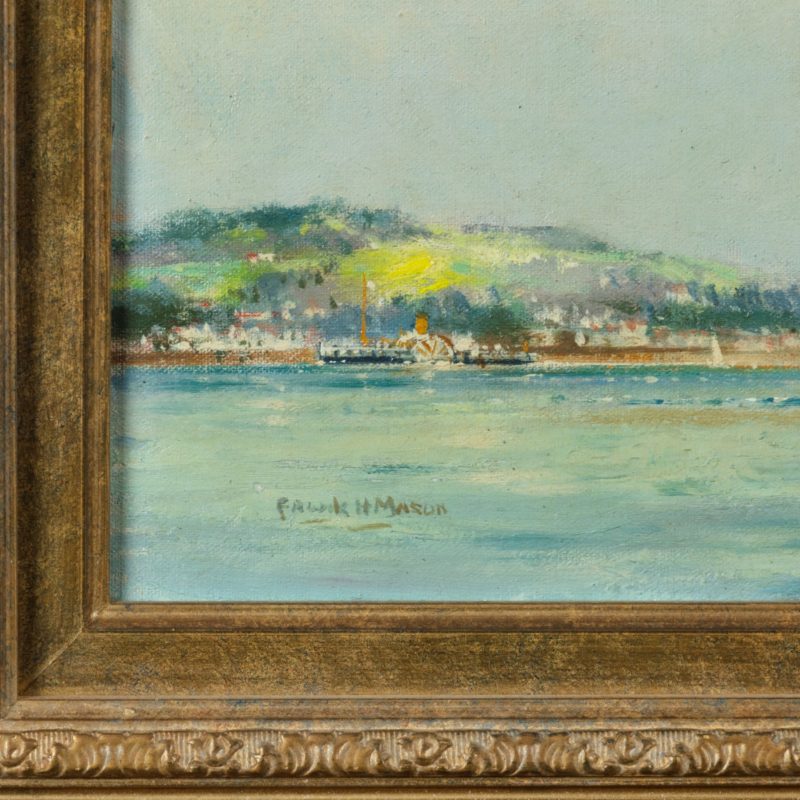 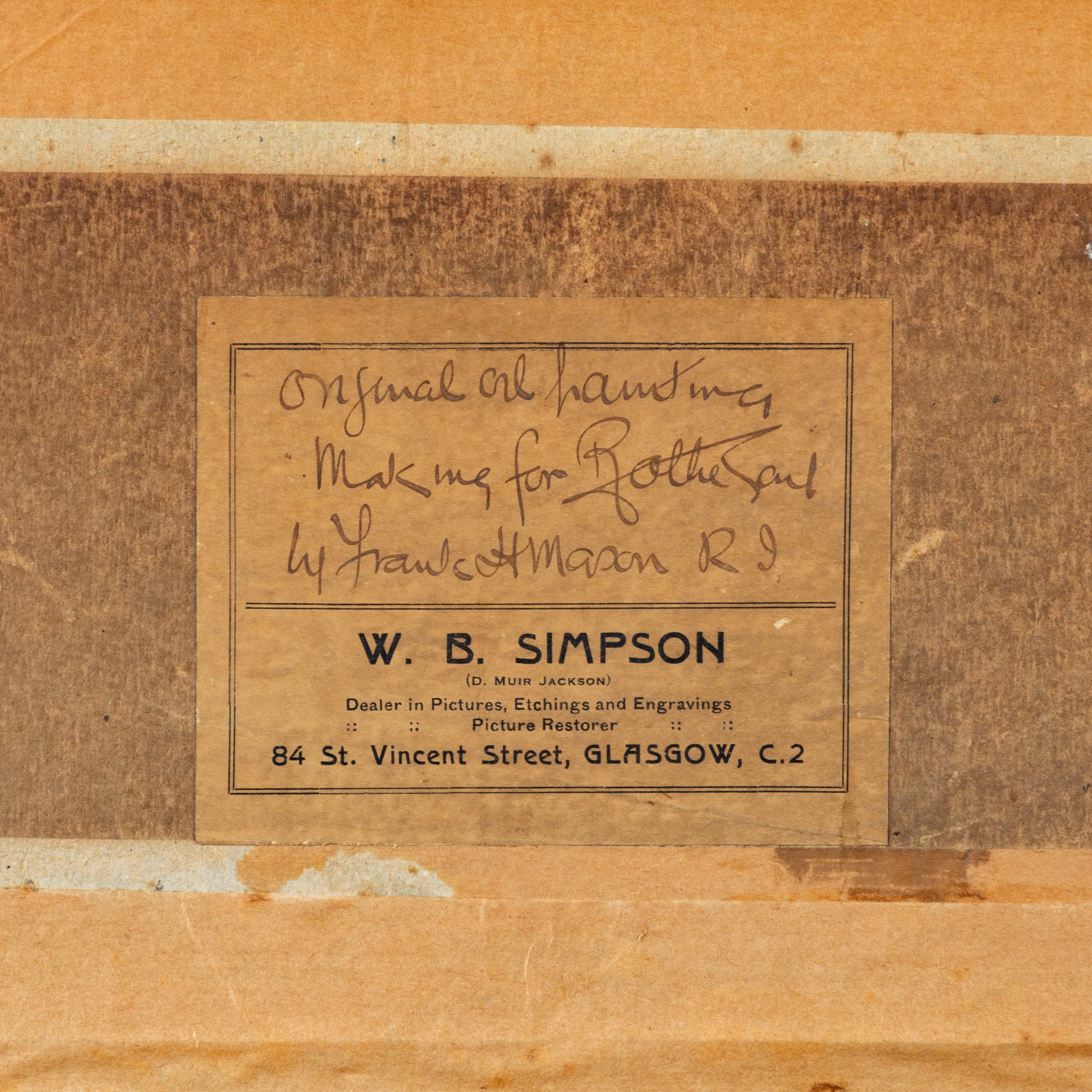 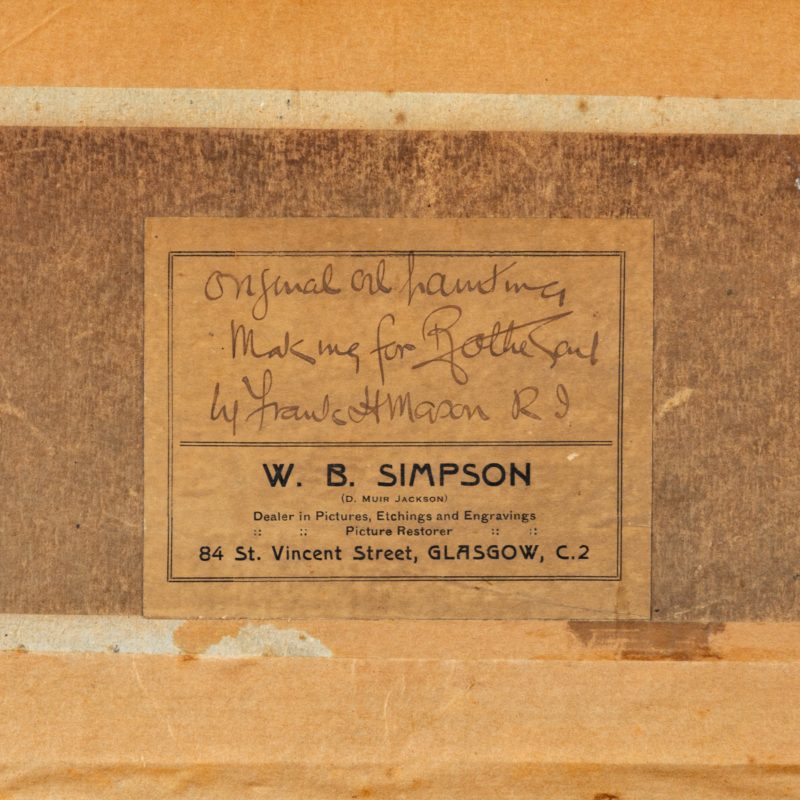 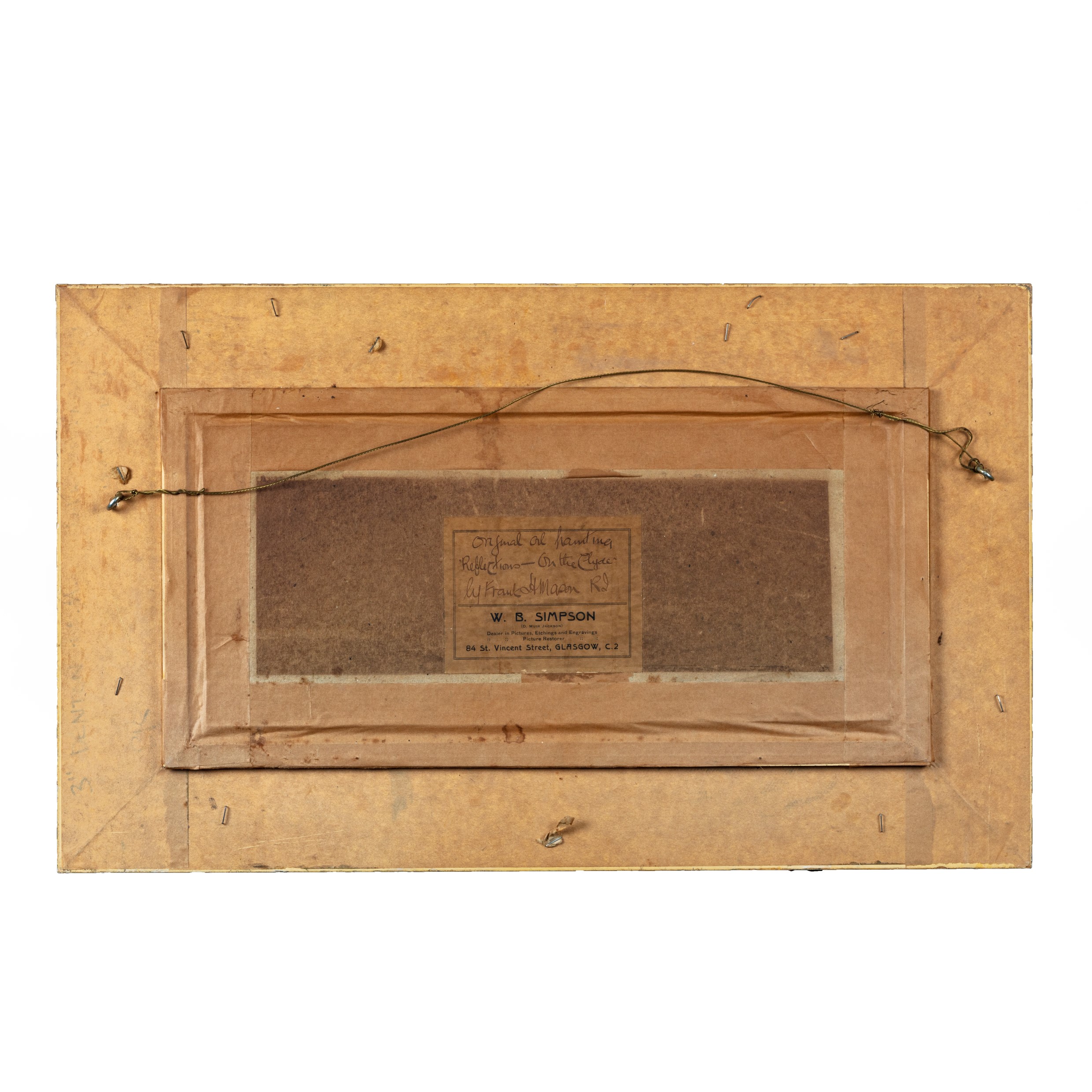 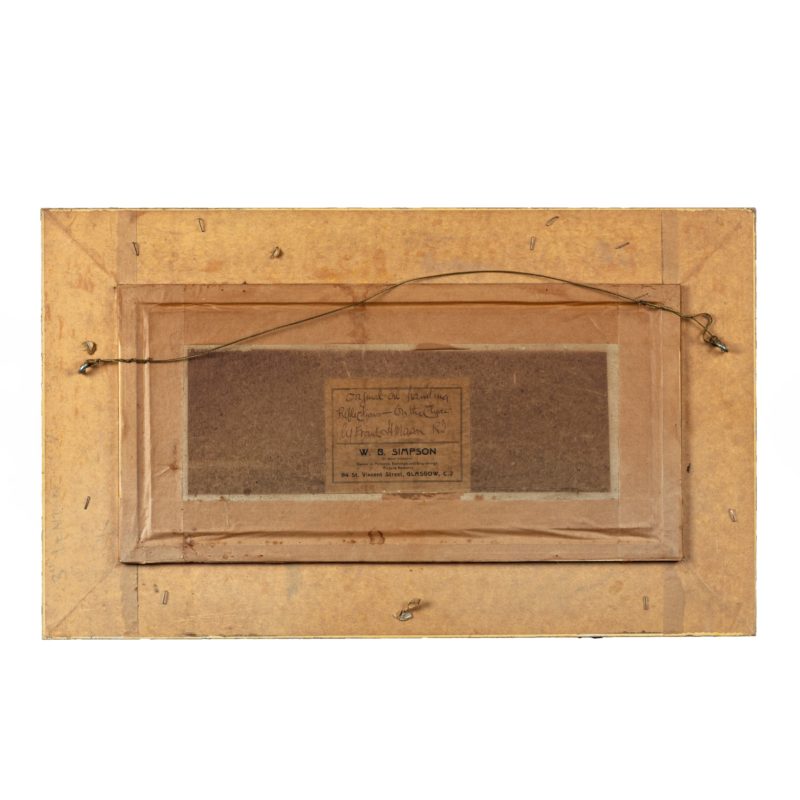 A pair of oil paintings of Clyde One Design yachts racing by Frank Henry Mason, oil on canvas each of rectangular form, both signed and with paper gallery labels from W.B. Simpson of Glasgow on the reverse, one, showing yachts under spinnaker on a choppy dark blue sea, stating ‘Original oil painting “Making for Rothesay” W Frank Mason Rd’ and the other, depicting yachts reflected on calm turquoise waters, ‘Original oil painting “Reflections on the Clyde” W Frank Mason Rd’, in matching gilt frames.

Footnote:  Frank Henry Mason (1875-1965) RBA, RI, RSMA was an artist noted for his maritime, shipping and coastal paintings and for his Art Deco travel and railway posters.  He was a founder member of the Staithes Art Club whose members are known today as the Staithes group of artists, or the Northern Impressionists.  Mason began his career as a marine engineer for steam powered ships at the naval school ship HMS Conway.  However, he also studied at Scarborough School of Art and around 1898 decided to take up art full-time. During the First World War, he was appointed shipping war artist in command of a motor launch in the North Sea and Egypt. Later, his work was part of the painting event at the 1932 Summer Olympics and the subject of an exhibition at the National Maritime Museum.