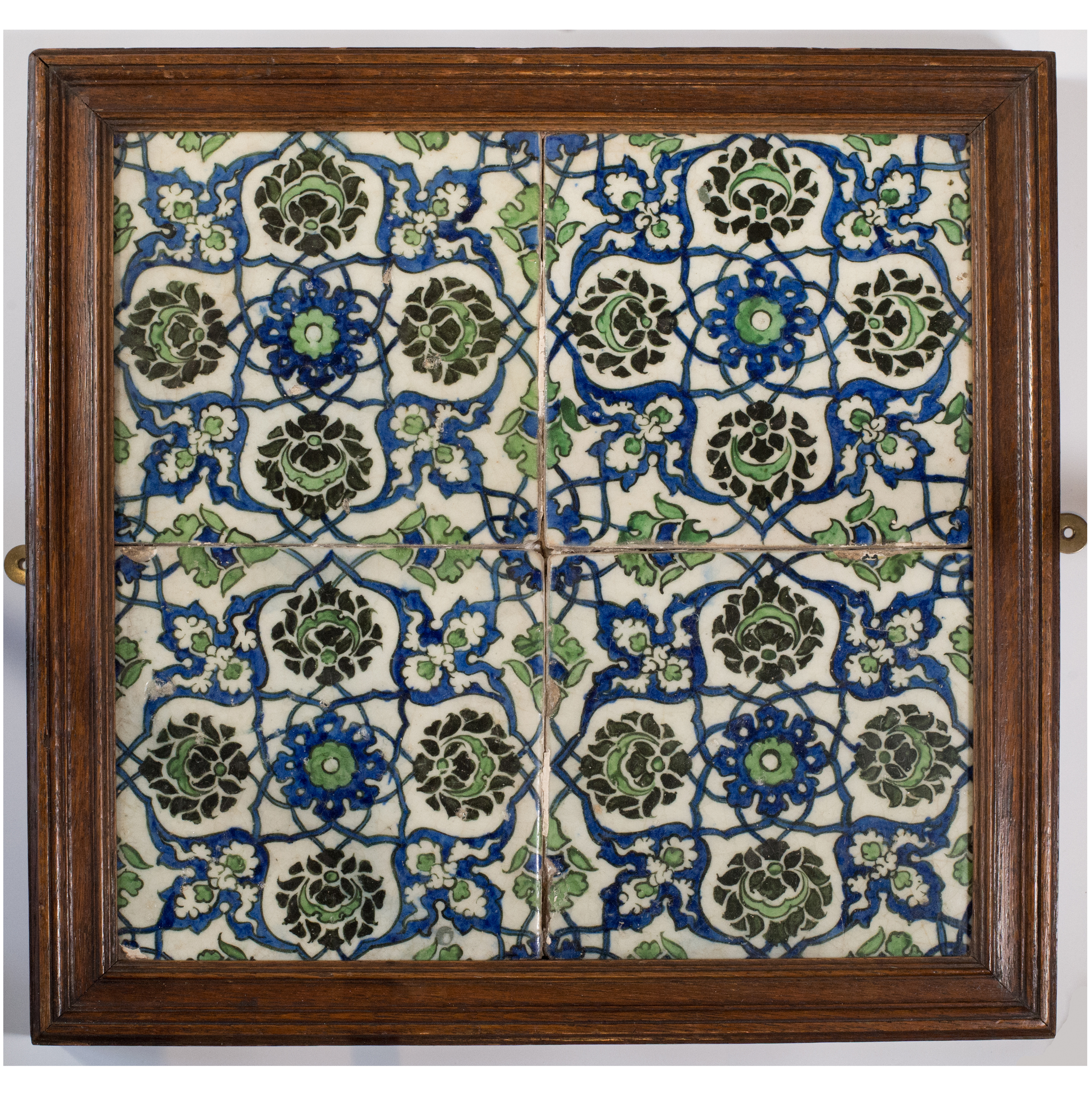 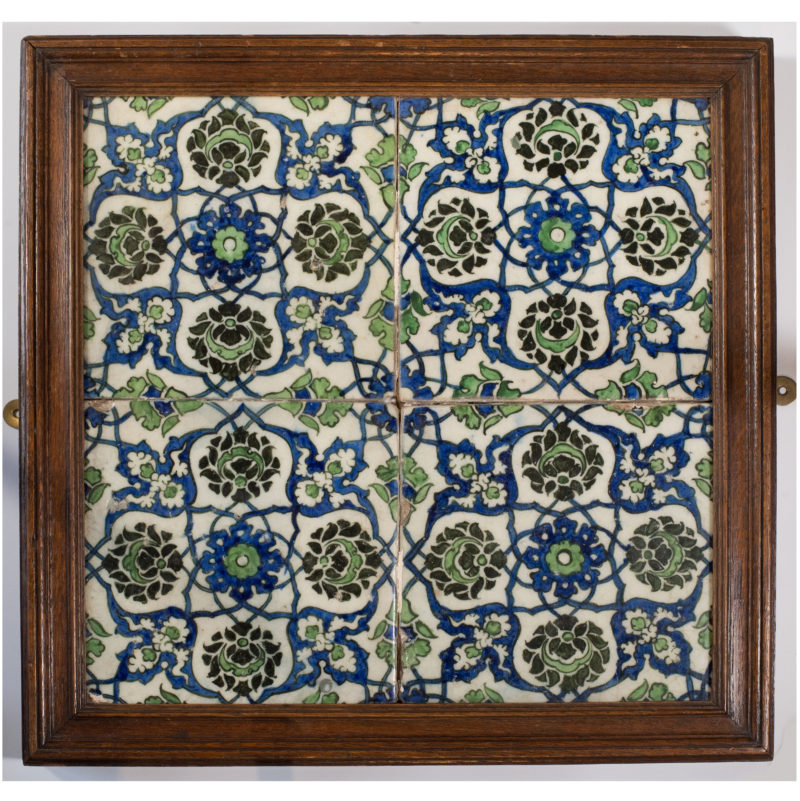 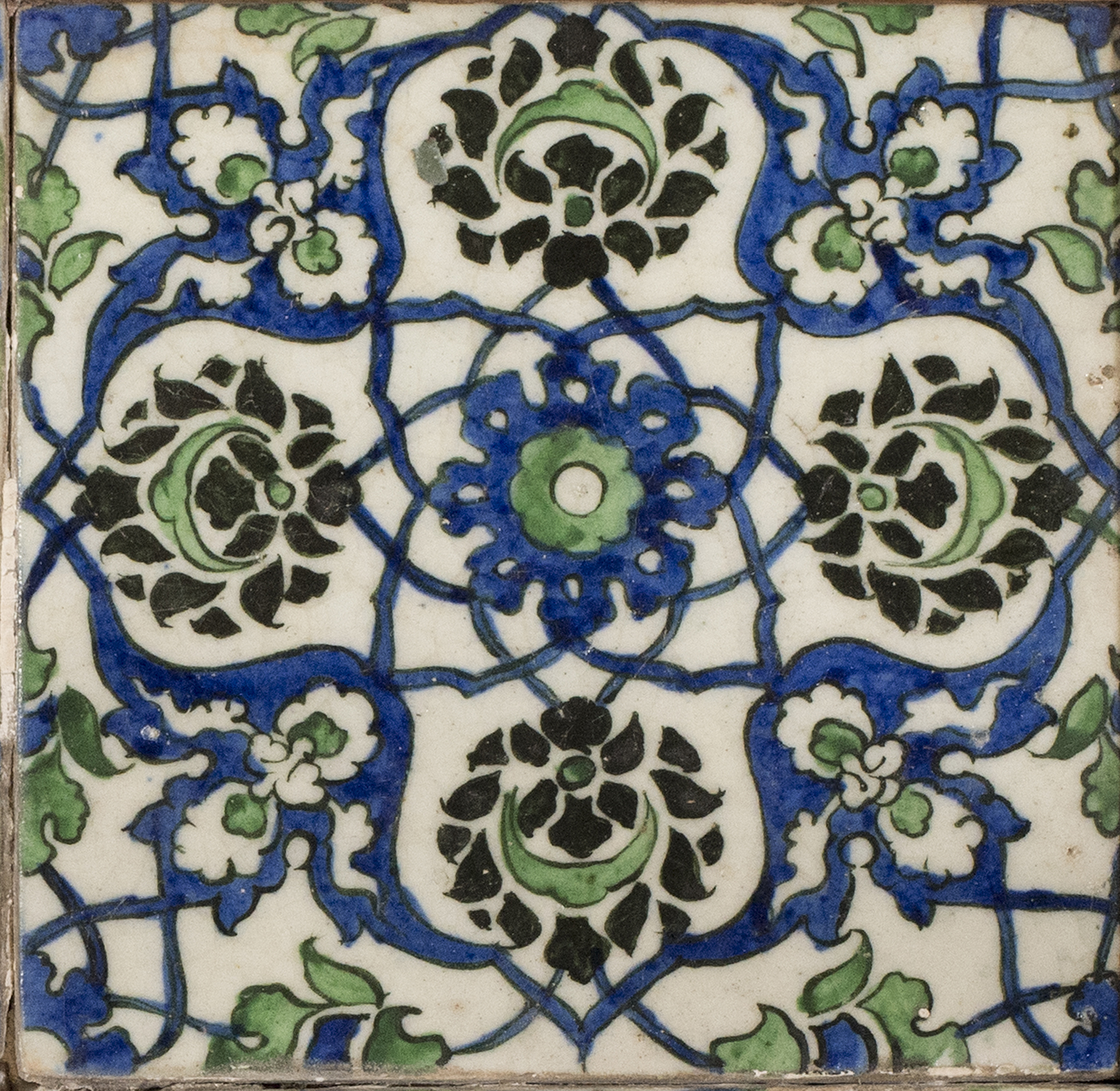 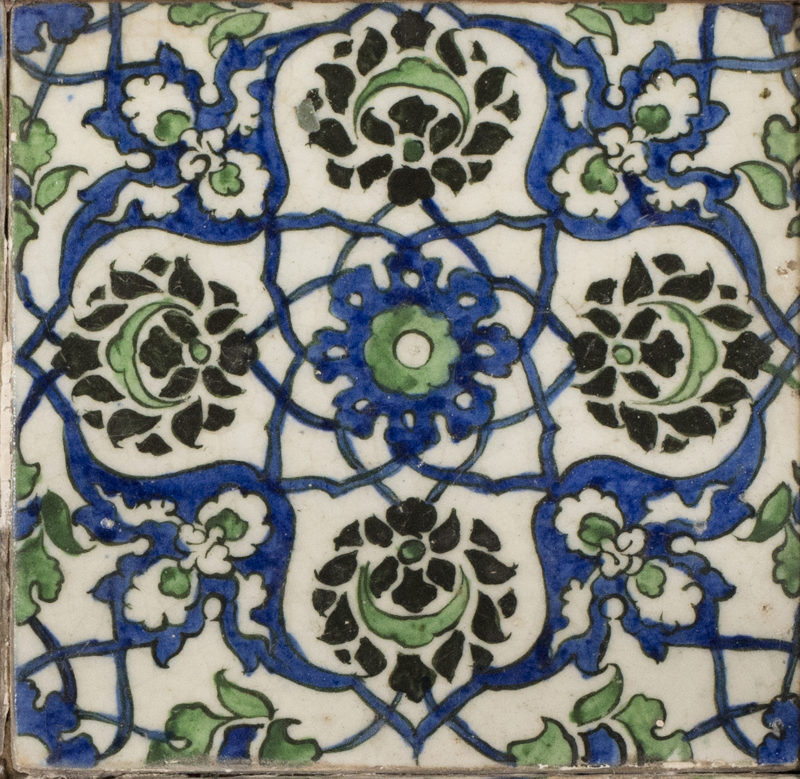 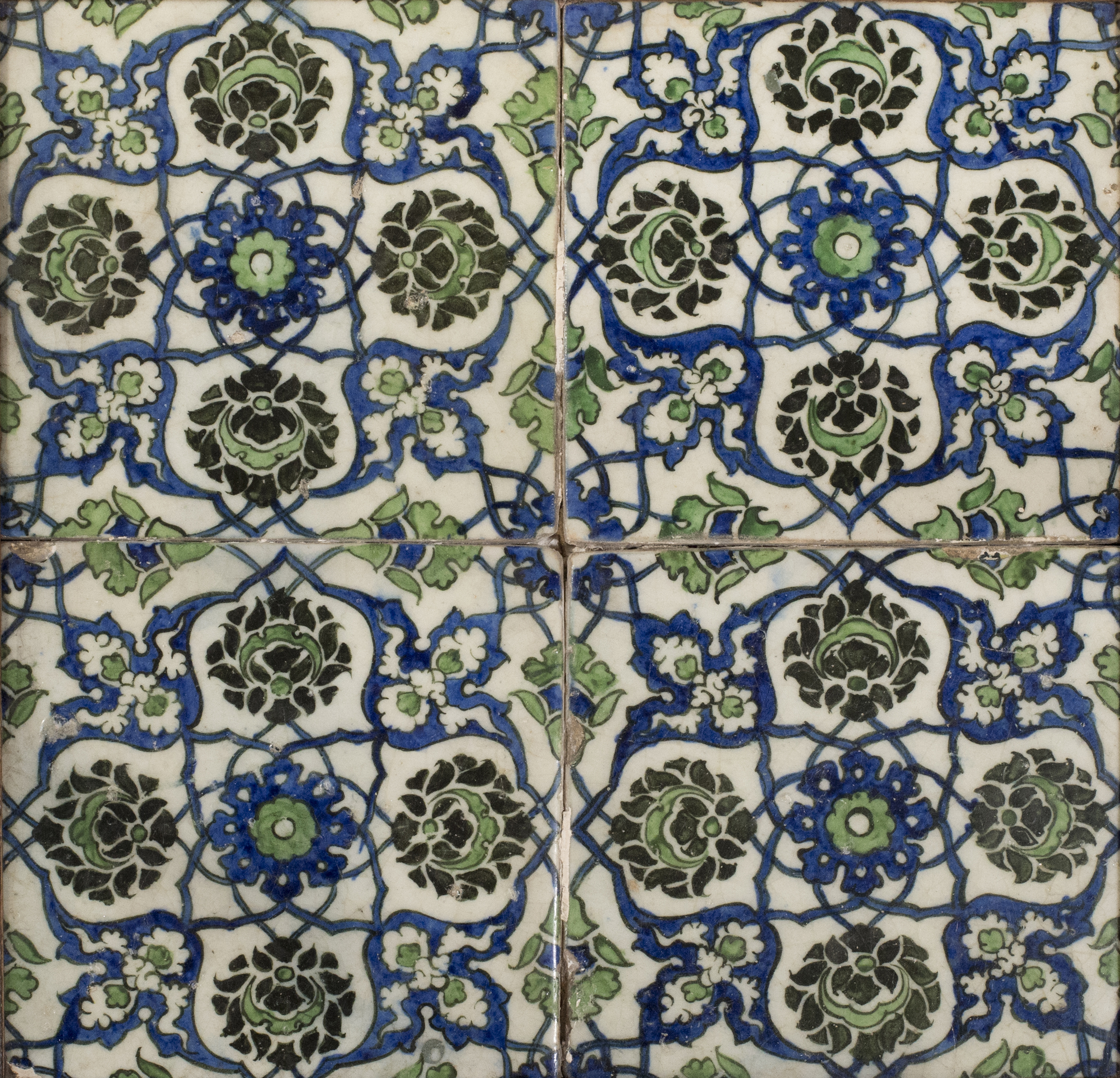 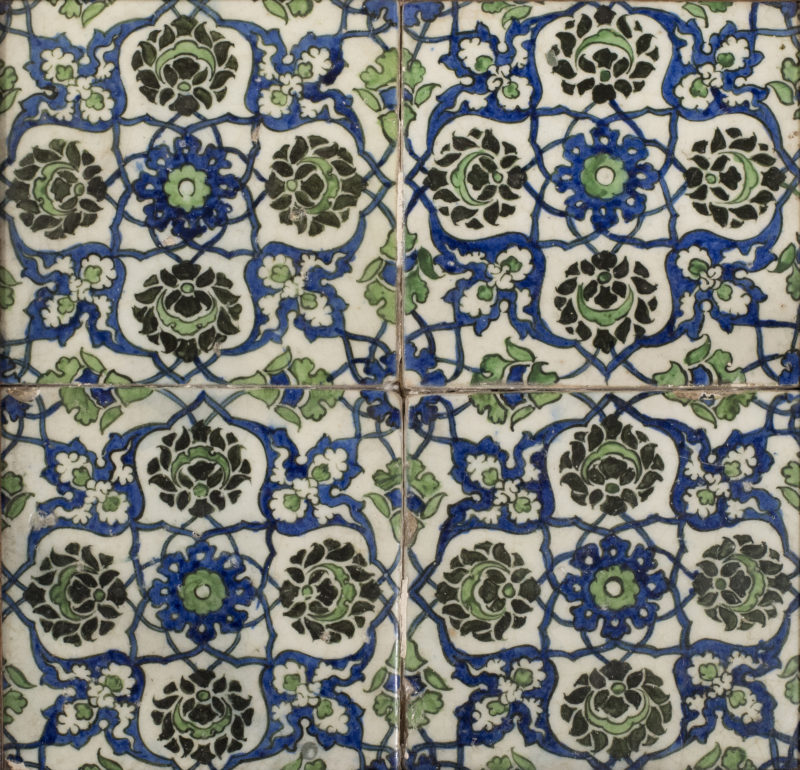 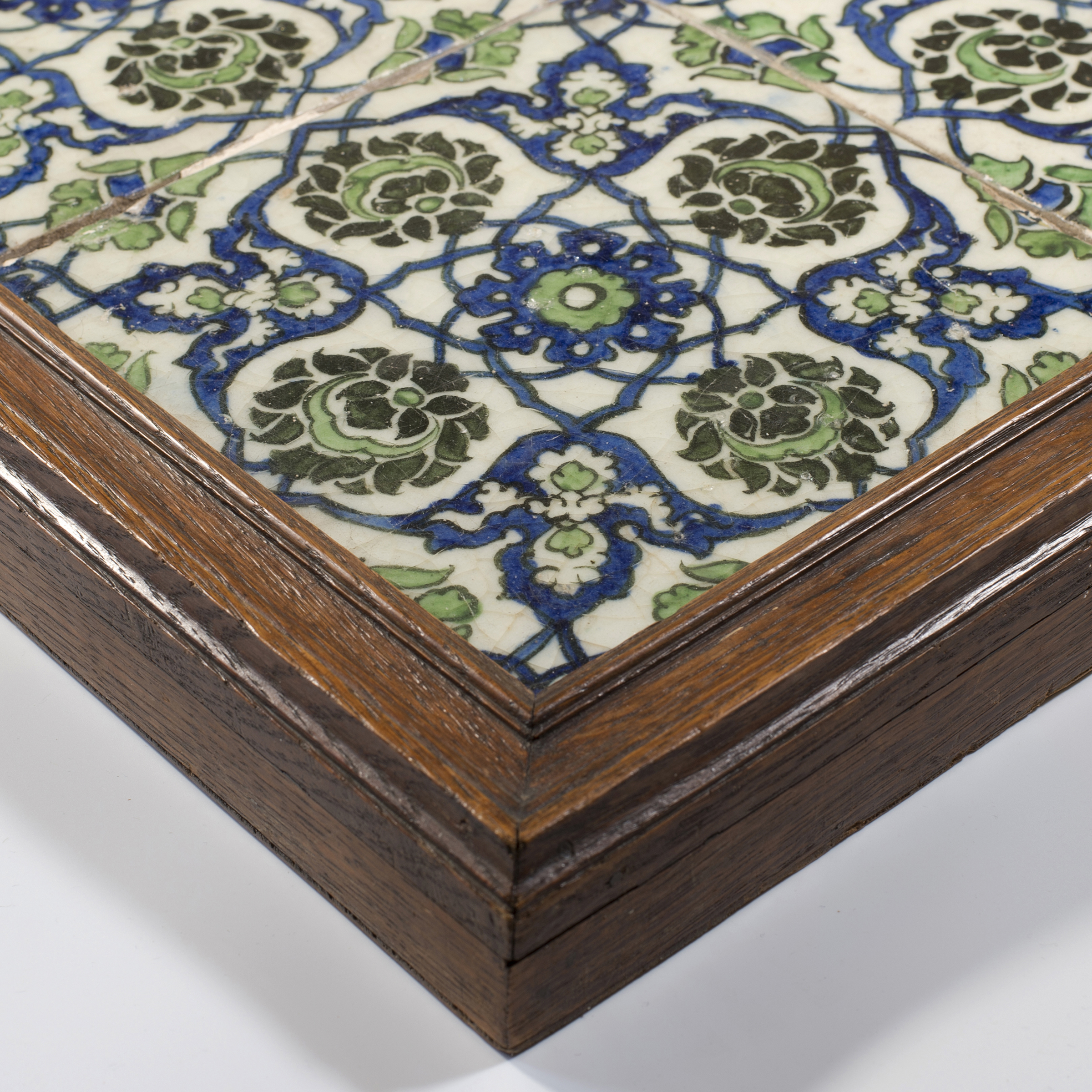 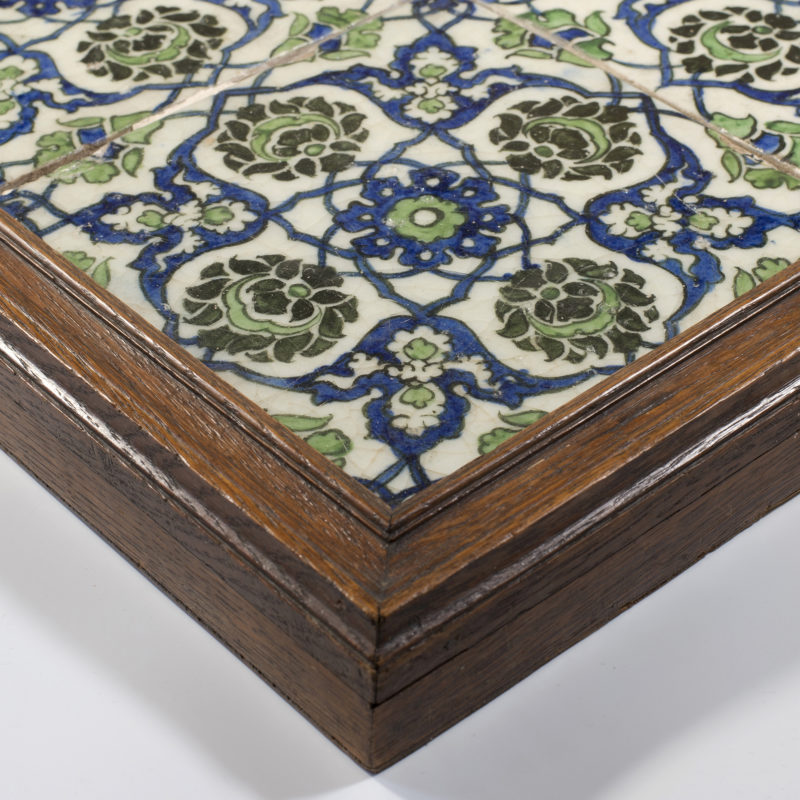 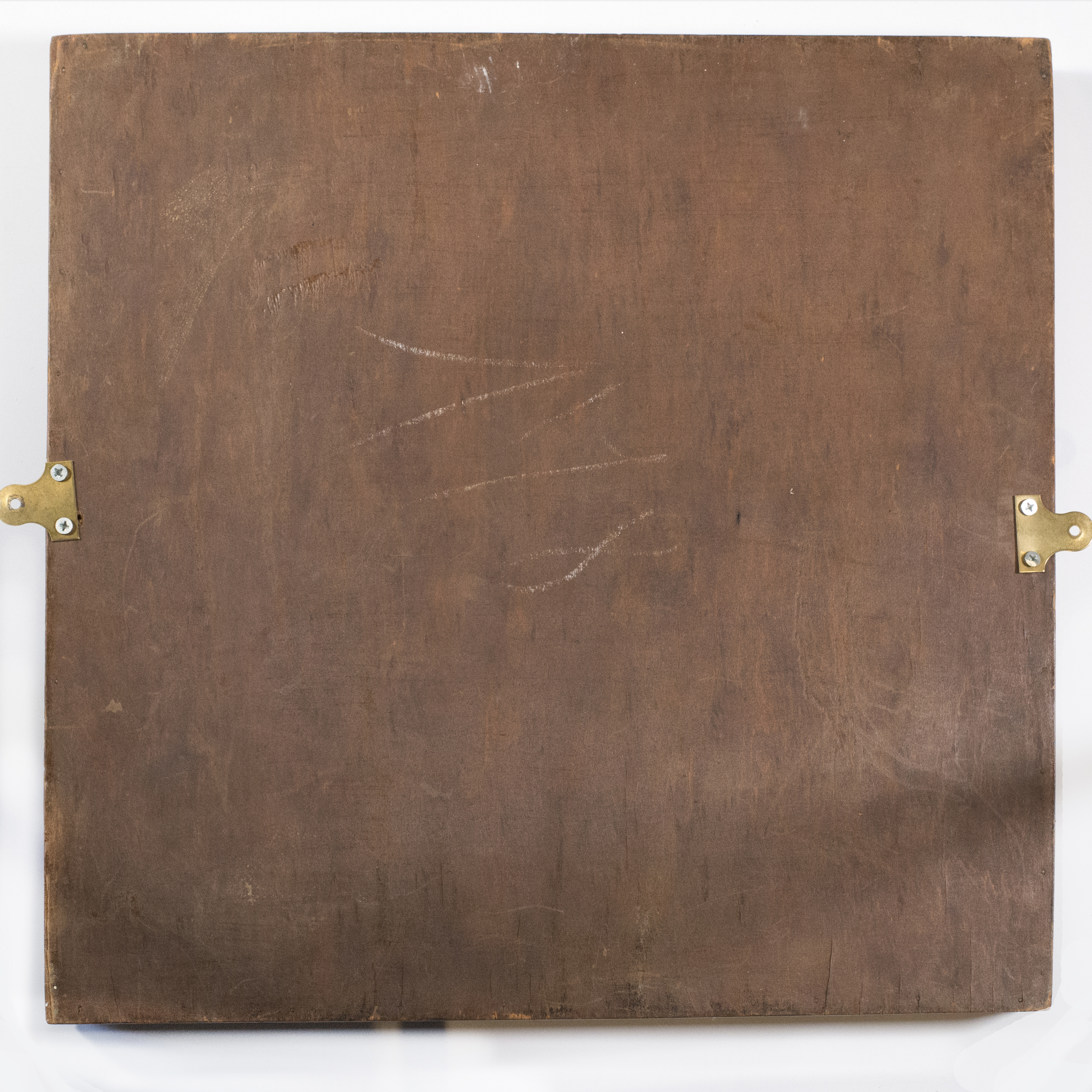 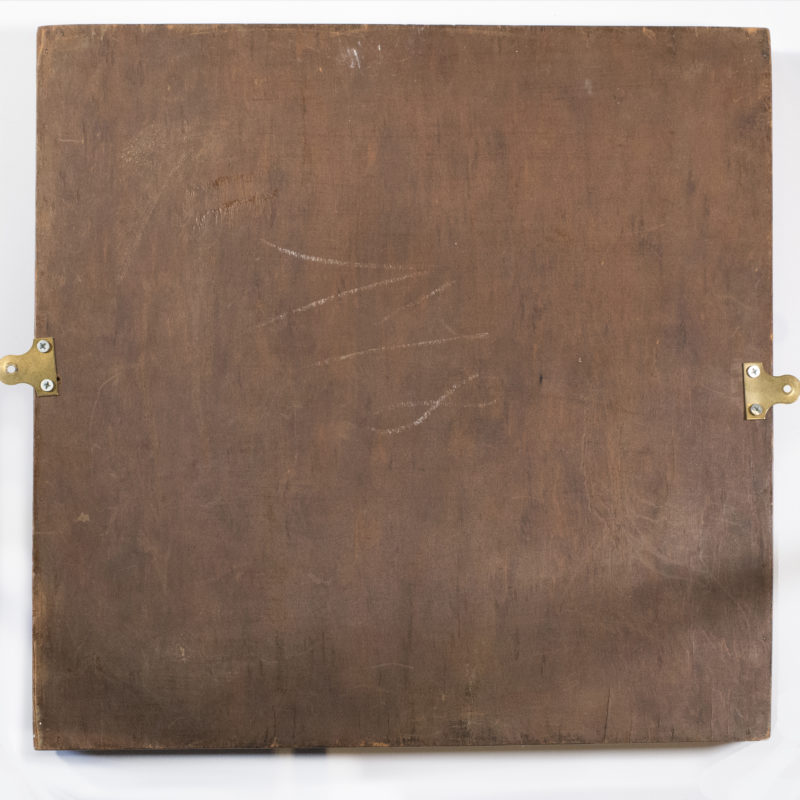 Footnote:  Tiles of this design can be seen in the mausoleum of Mohi al-Din Arabi in Salhiyya. Damascus, and a very similar tiles but without the green is in the Church of St. James in Jerusalem.  Several others feature in museums and collections such as the Victoria and Albert Museum, (inv. No. 506-8 -1900) ad the Robert Mousawad Museum in Beirut.  See Arthur Miler ‘Damascus Tiles’, Munich, London, New York. 2015, p. 168, fig. 4.60.