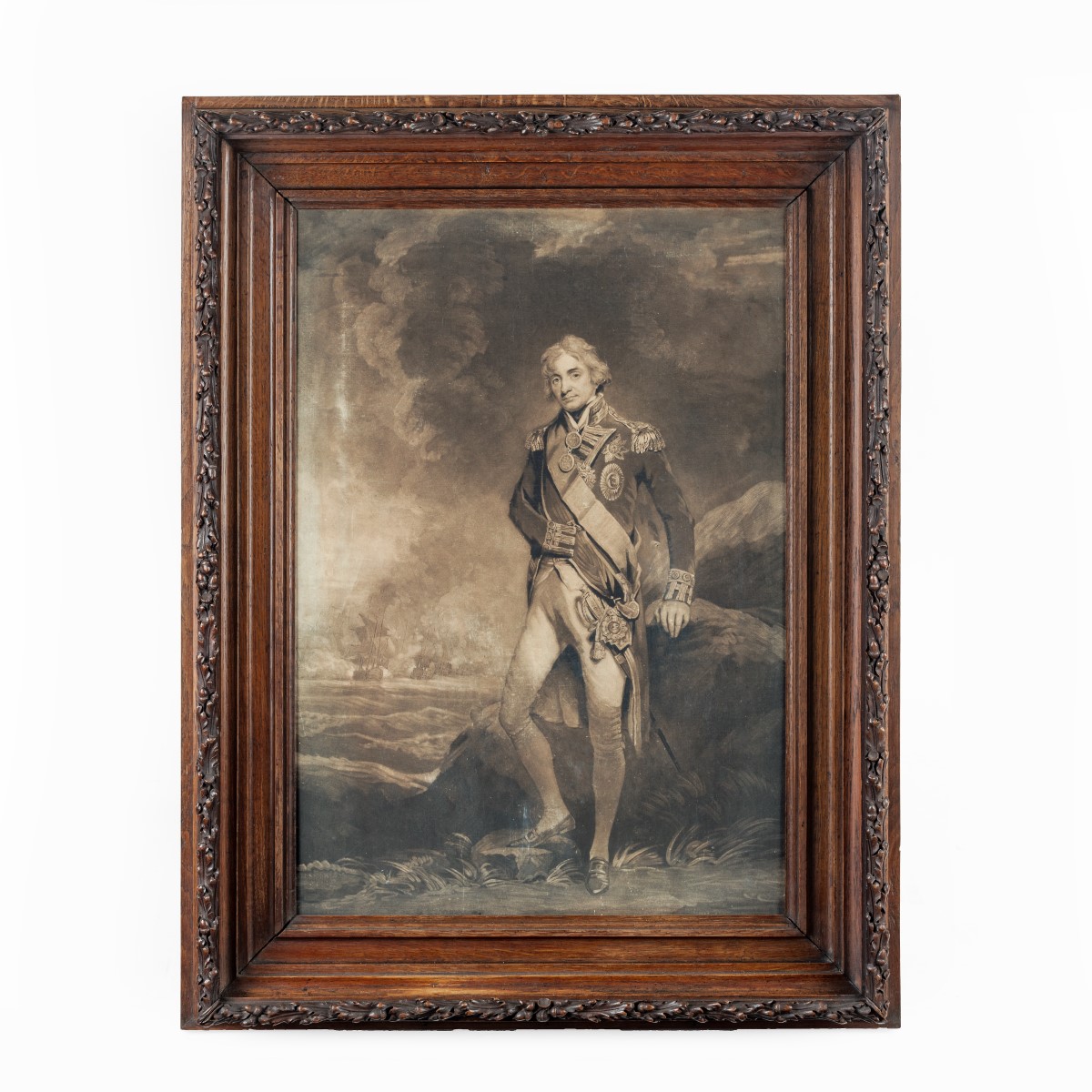 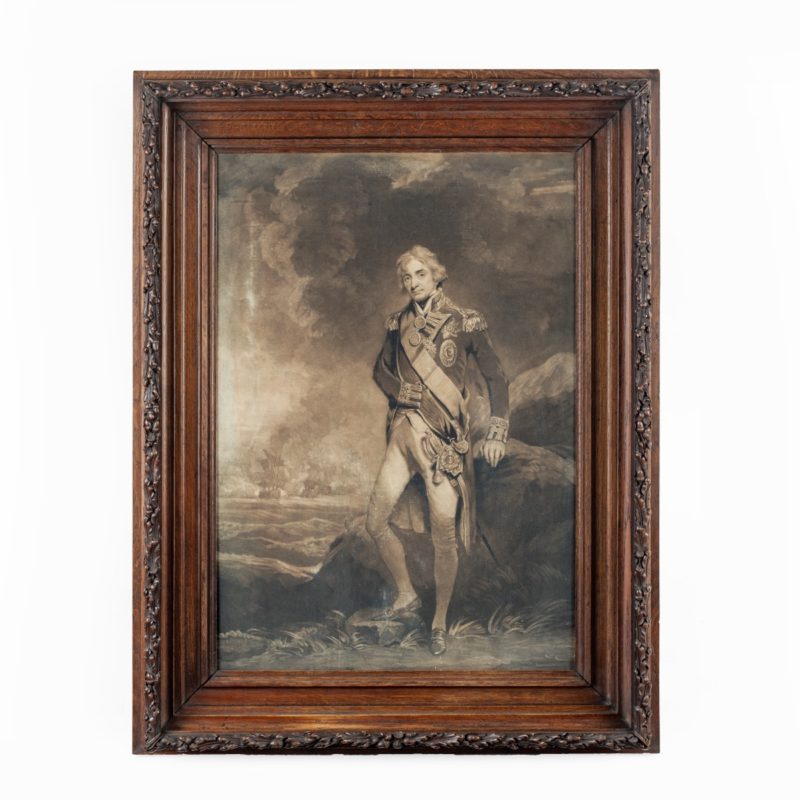 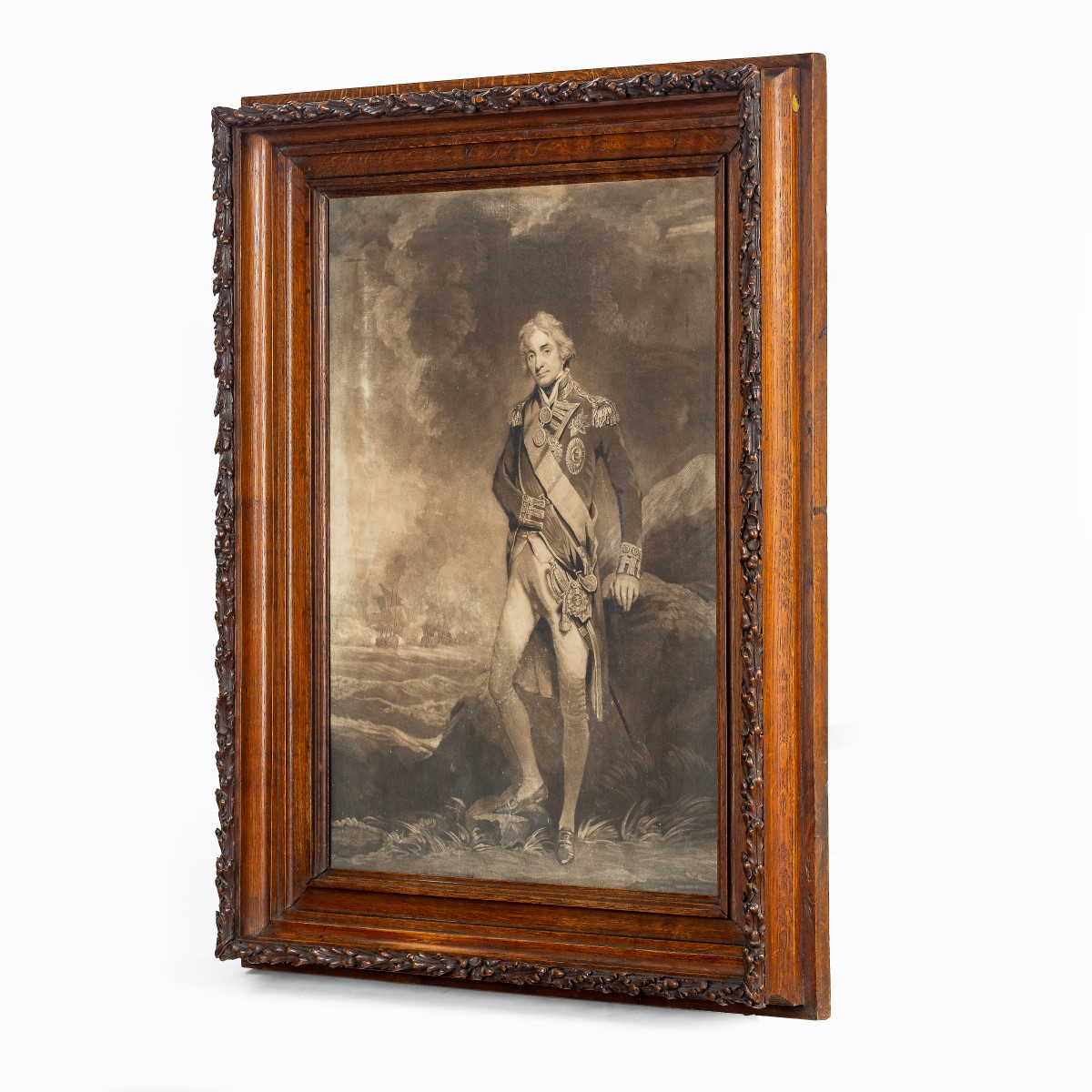 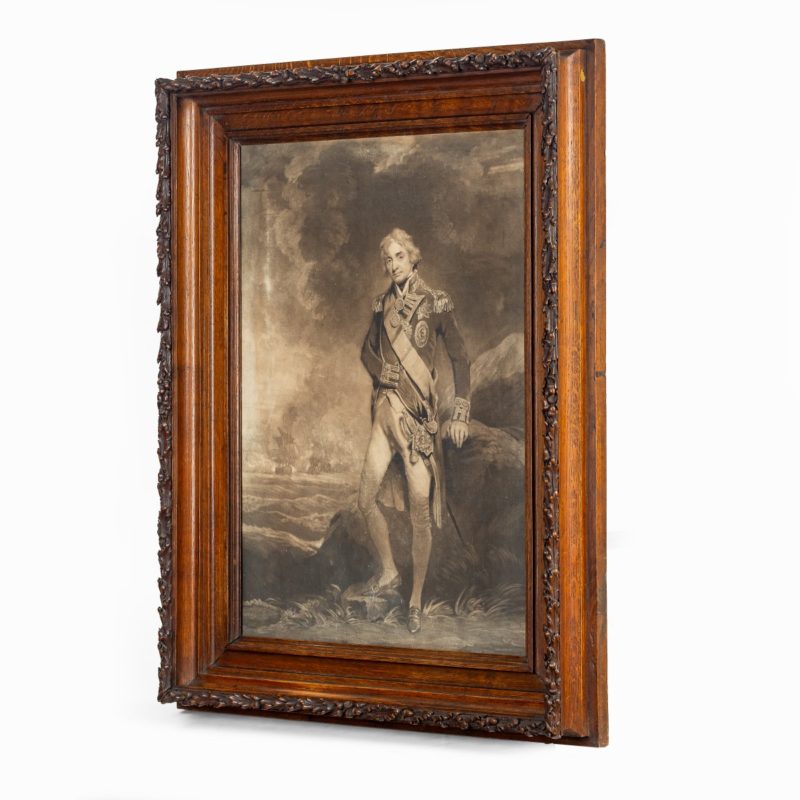 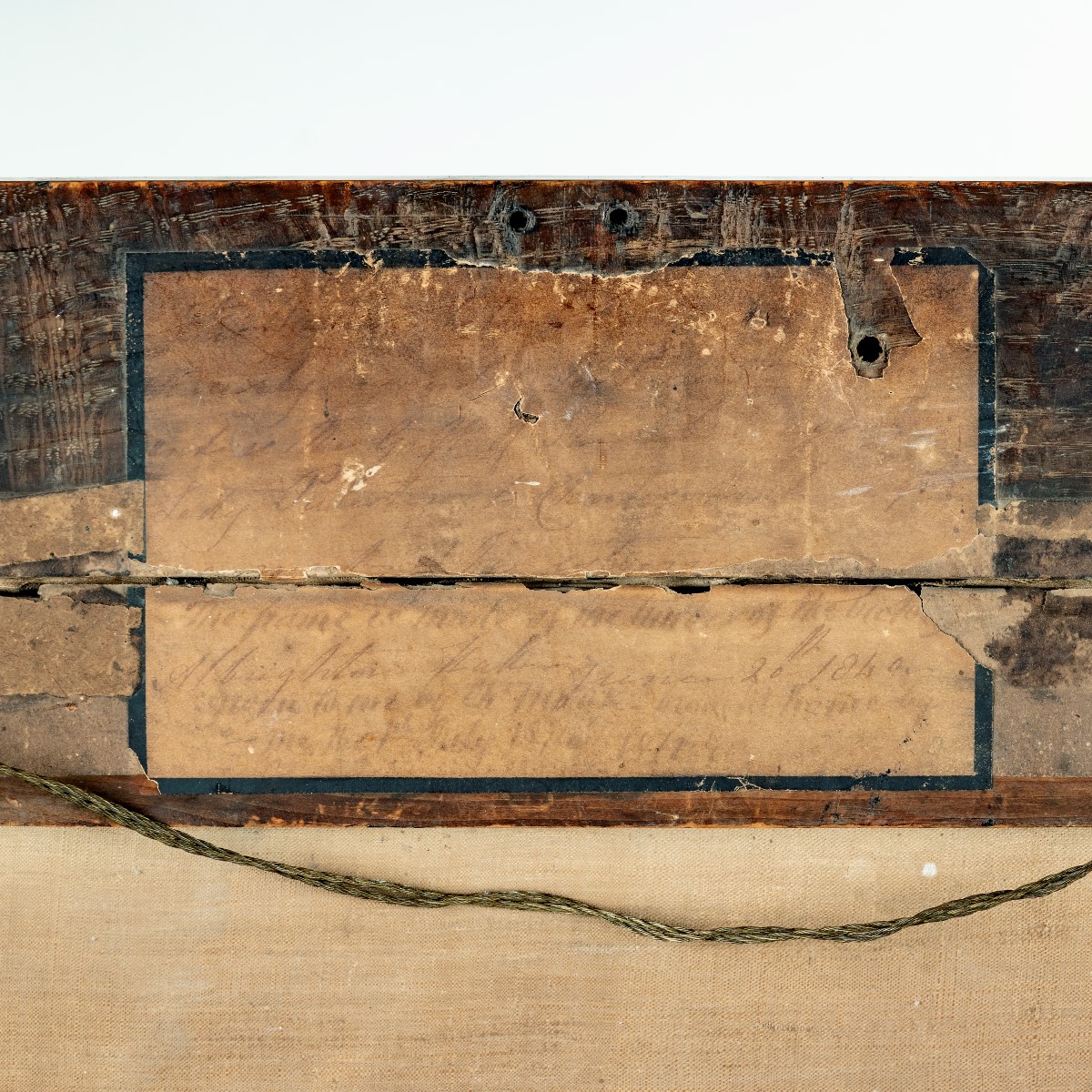 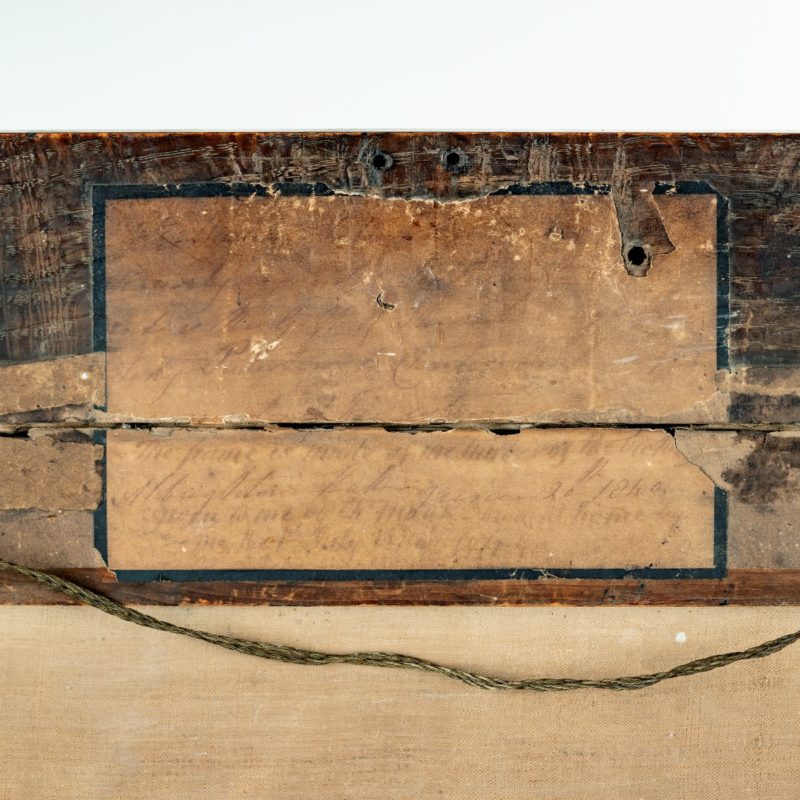 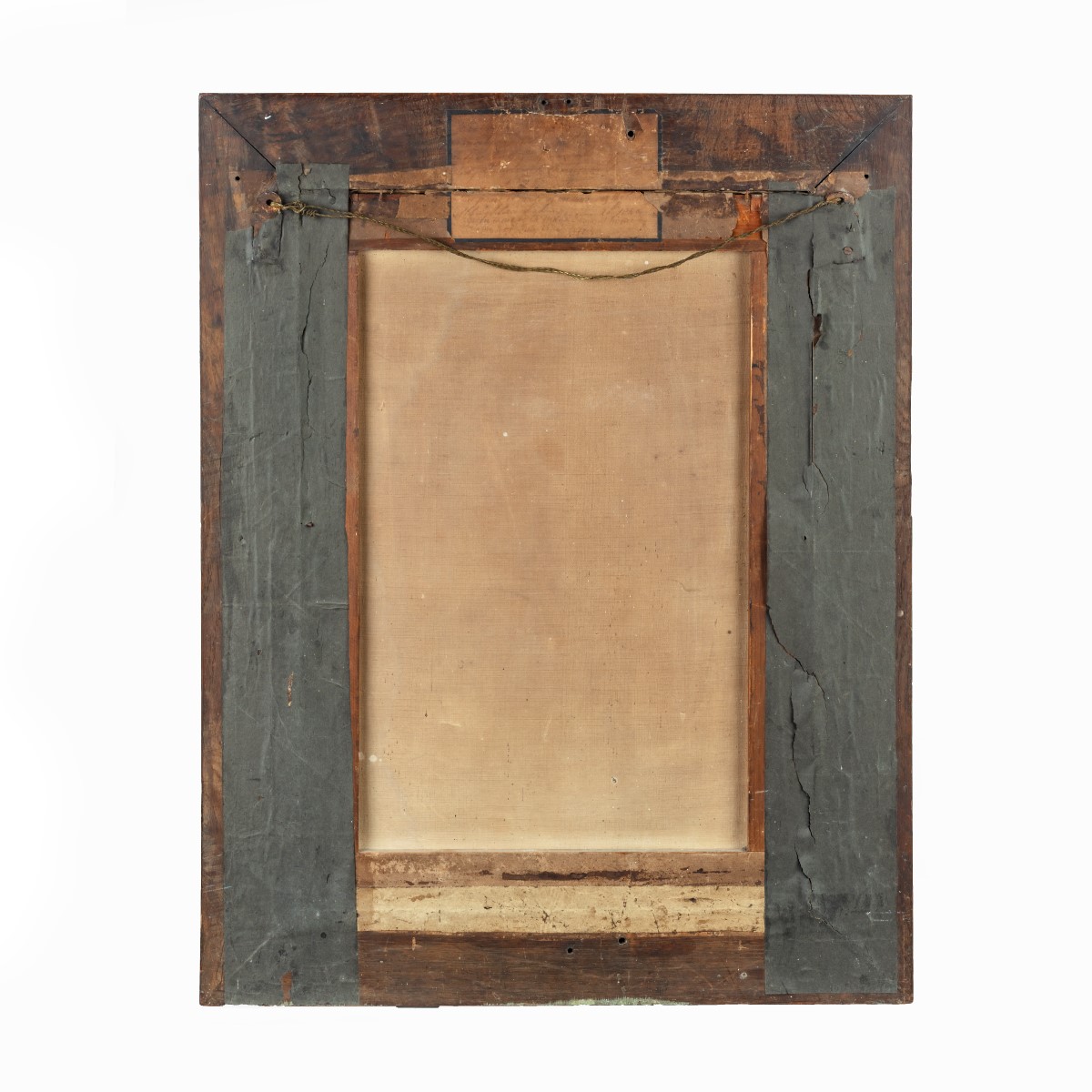 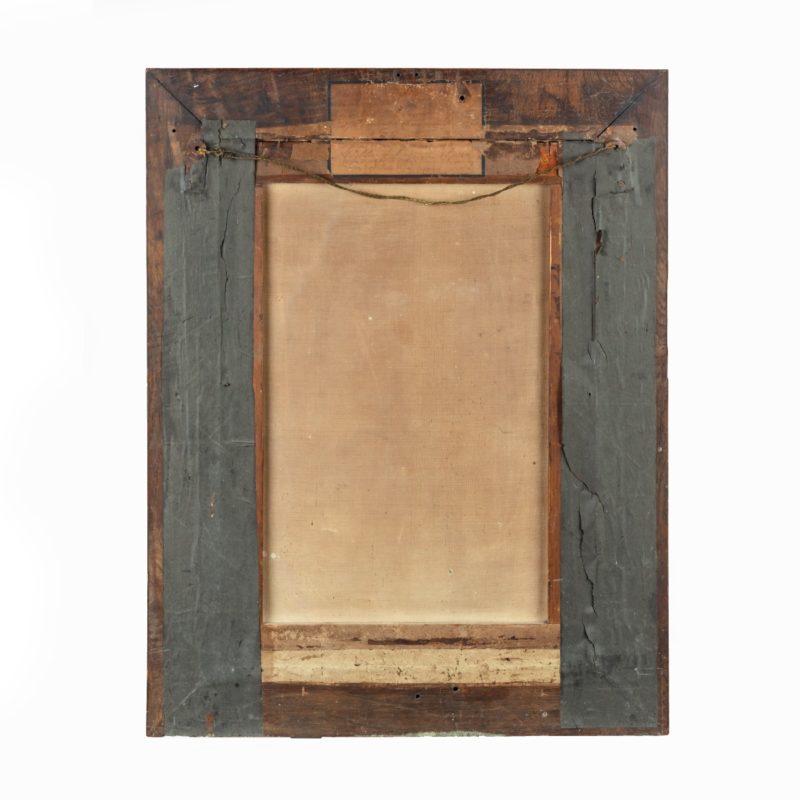 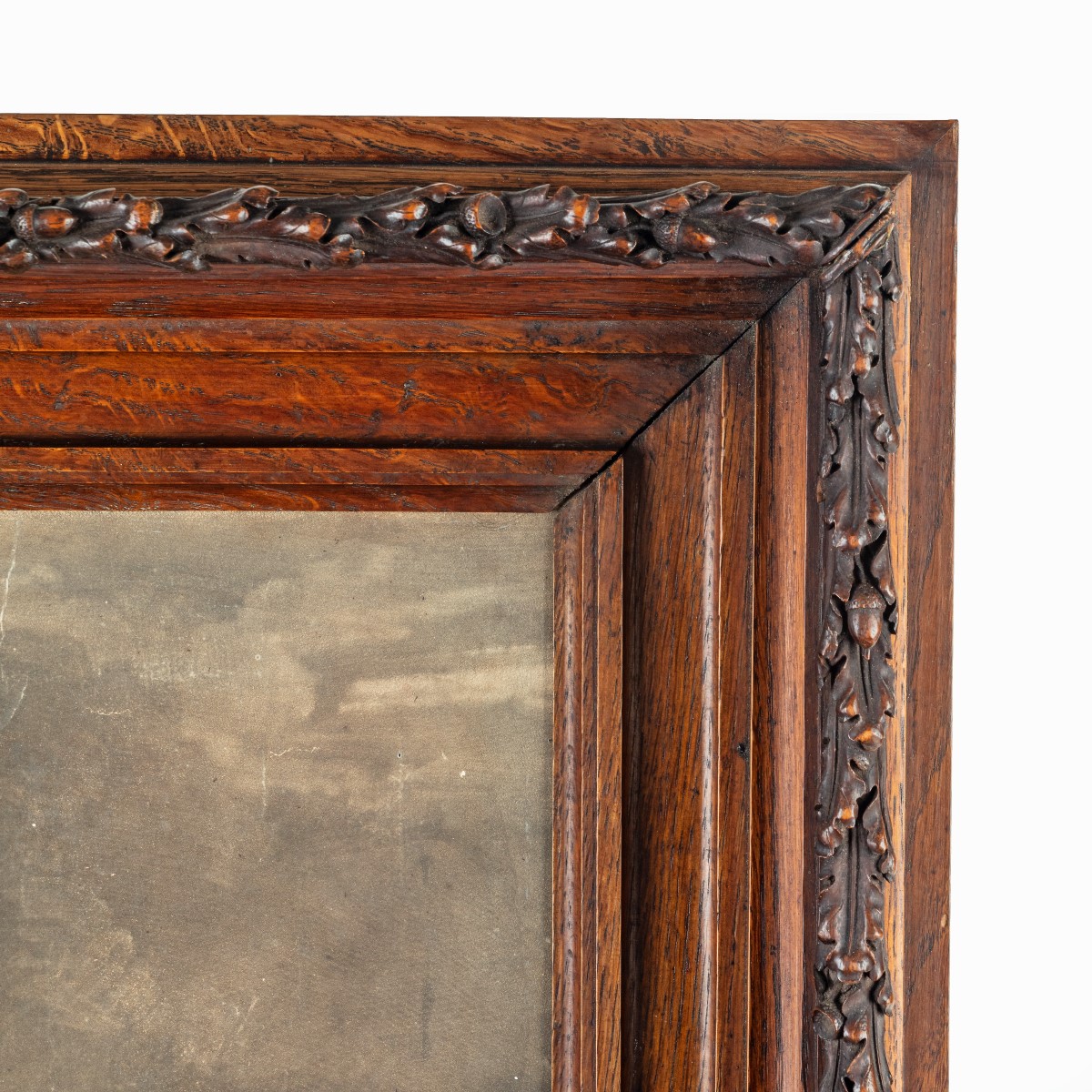 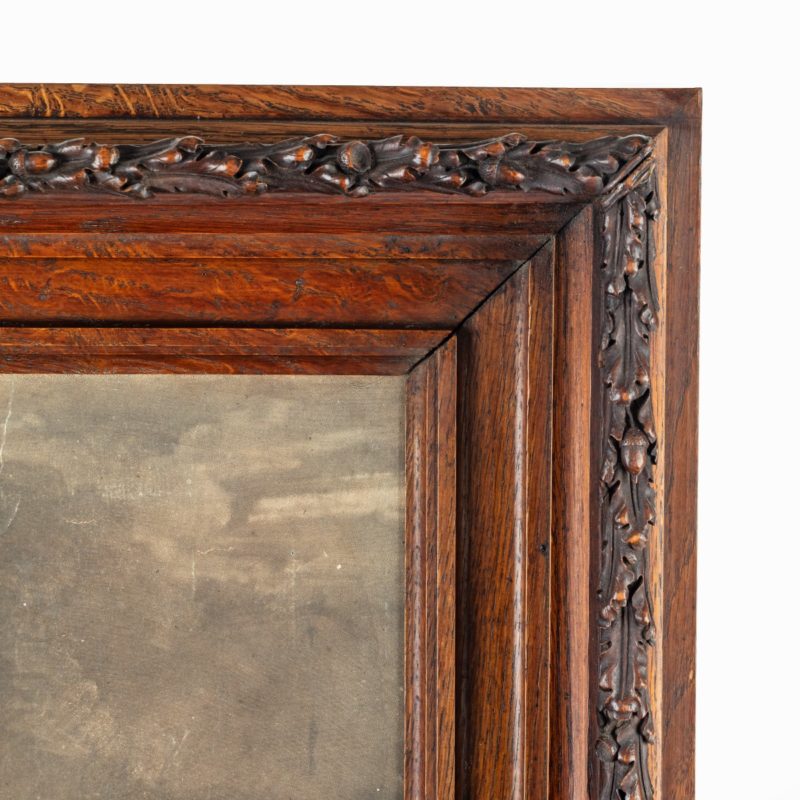 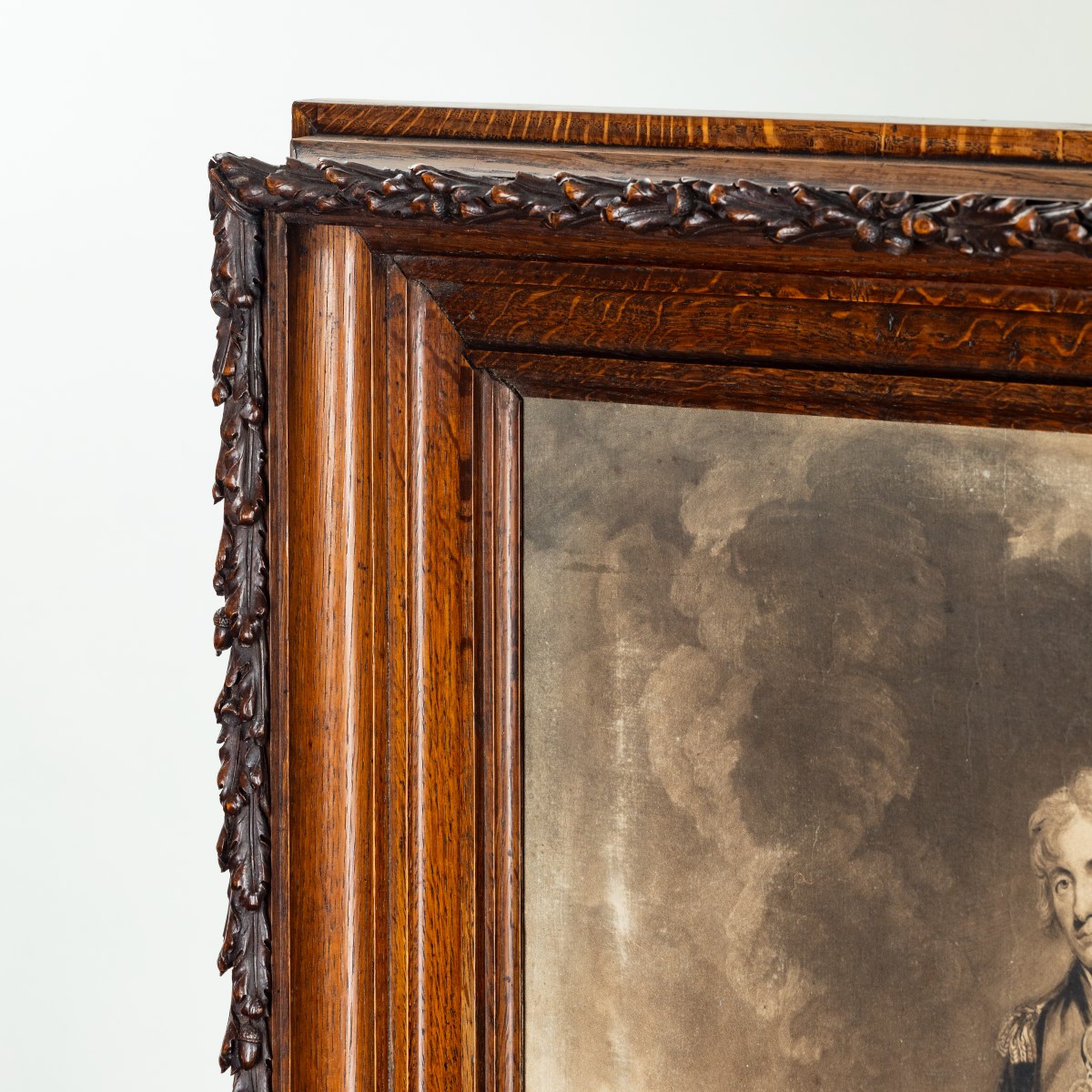 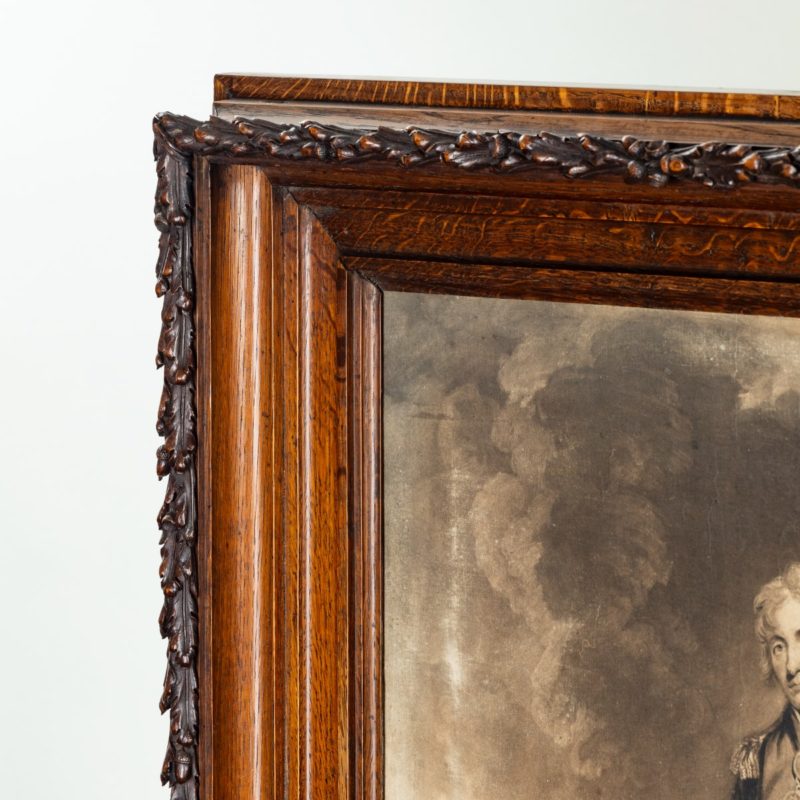 A picture frame made of oak from H.M.S. Victory

This rectangular frame is carved around the rim with acorns and oak leaves and encloses a mezzotint of Admiral Lord Nelson after John Hoppner R.A., published 9th January 1806 and laid on canvas.  The reverse has an indistinct label stating:  ‘This frame is made of the timbers of the Victory…”, later annotated: “The Gift of Lady Puleston to Charles Watkin [Wynne Eyton] Albrighton Hall June 20th 1840’.

Sir Richard Puleston was an admirer and close friend of Emma, Lady Hamilton.  He supported her during her confinement for debt in 1813 and assisted in her subsequent escape to France.  In their highly charged correspondence, Puleston described himself to Emma ‘as among millions, your bequeathed Guardian and Protector‘ (Flora Fraser, Beloved Emma (1986).  Puleston’s estate was situated near to Emma’s birthplace in Cheshire, suggesting an earlier acquaintance.  He may have acquired this print of Nelson, published on the day of the Admiral’s state funeral and fittingly framed in Victory timber, from the sales of Emma’s possessions in 1813.