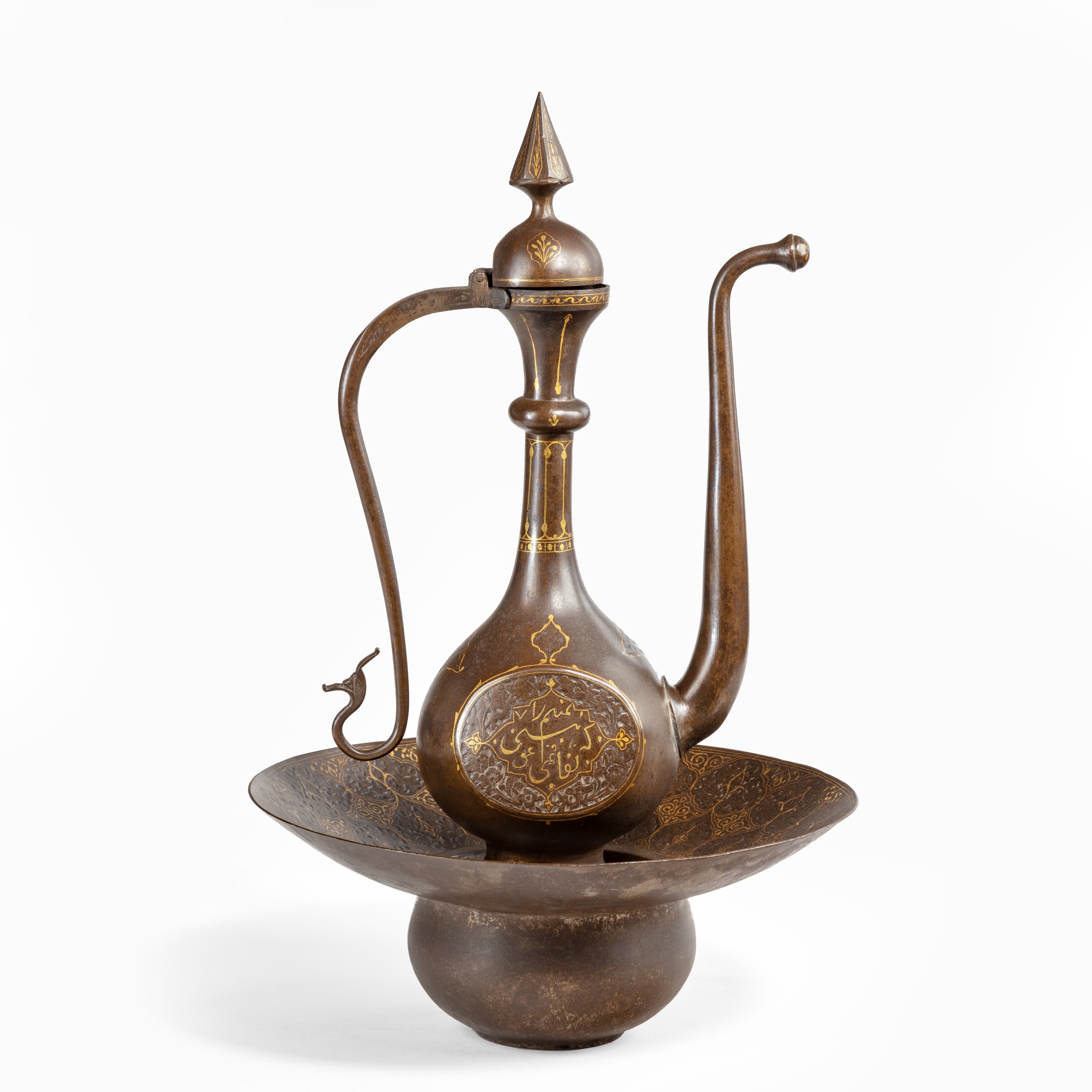 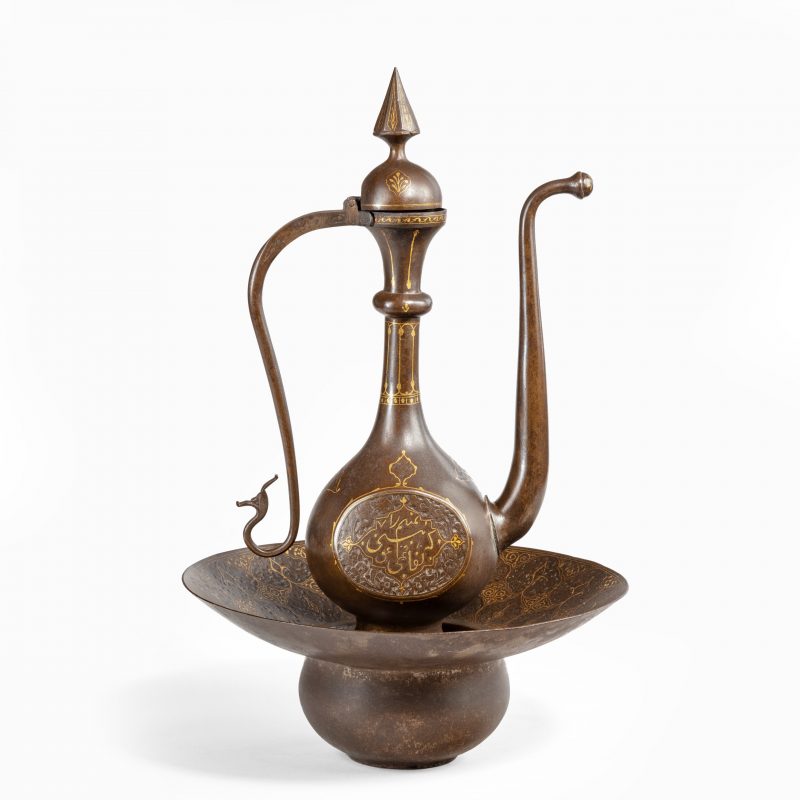 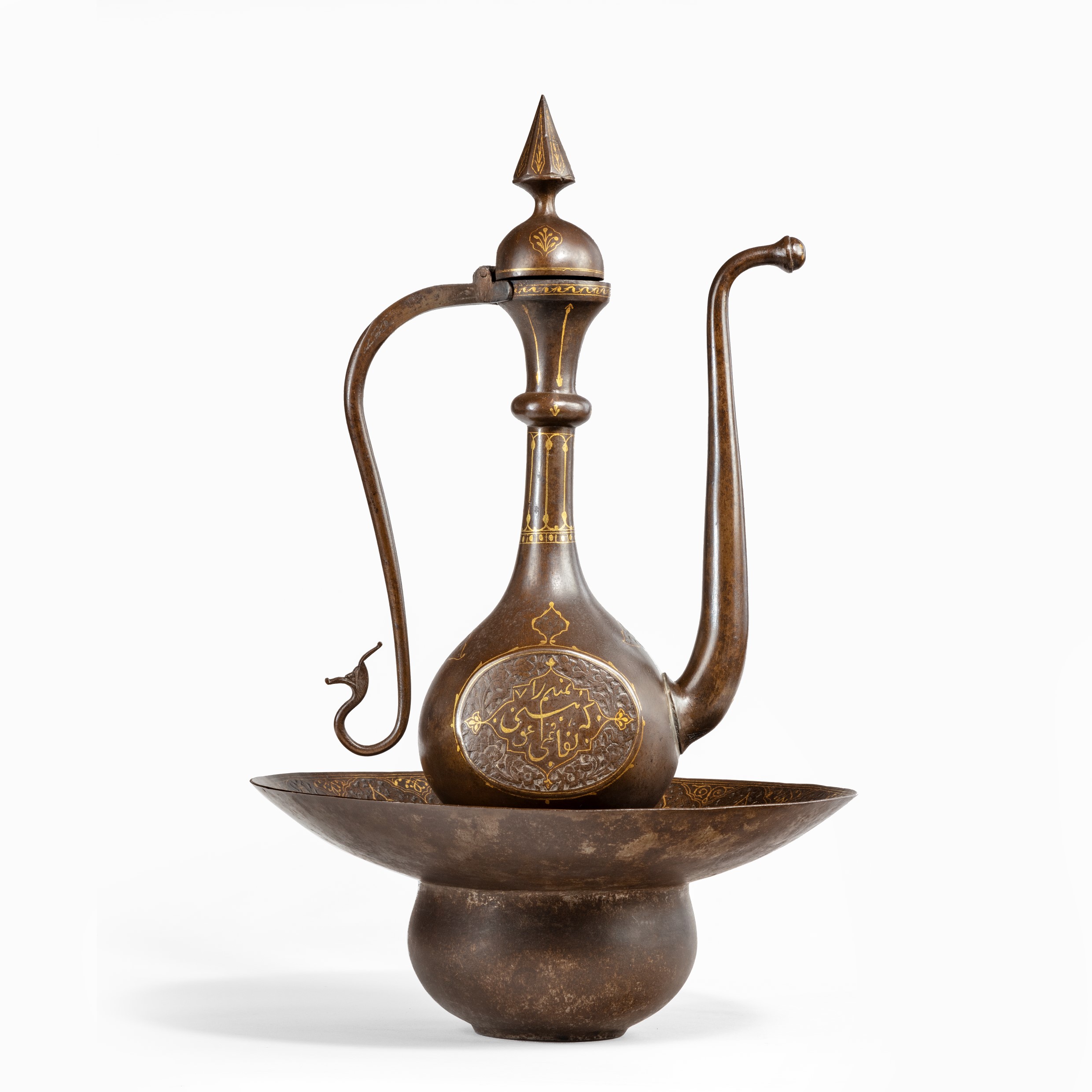 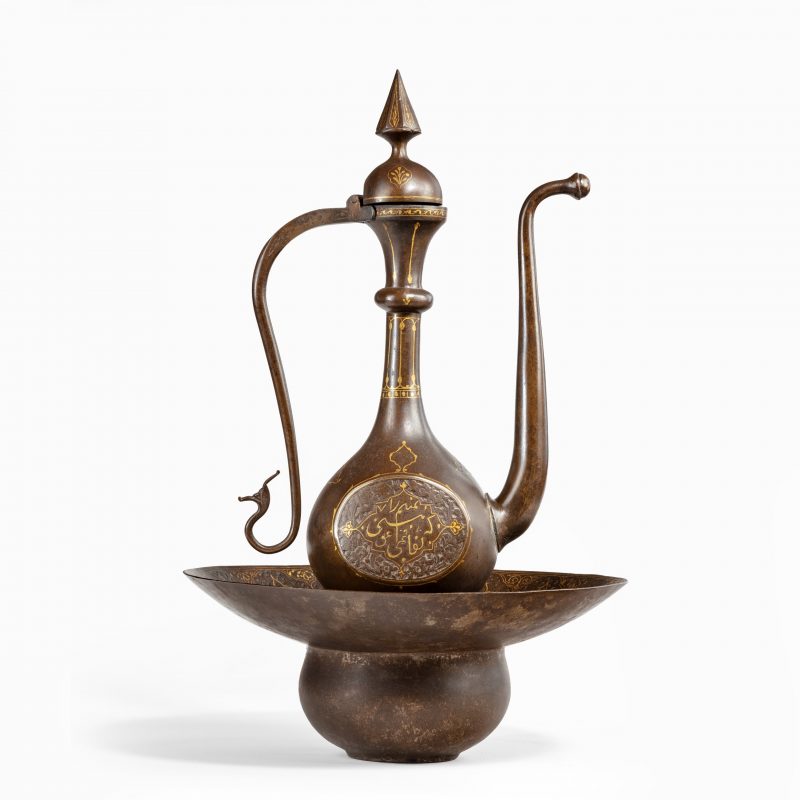 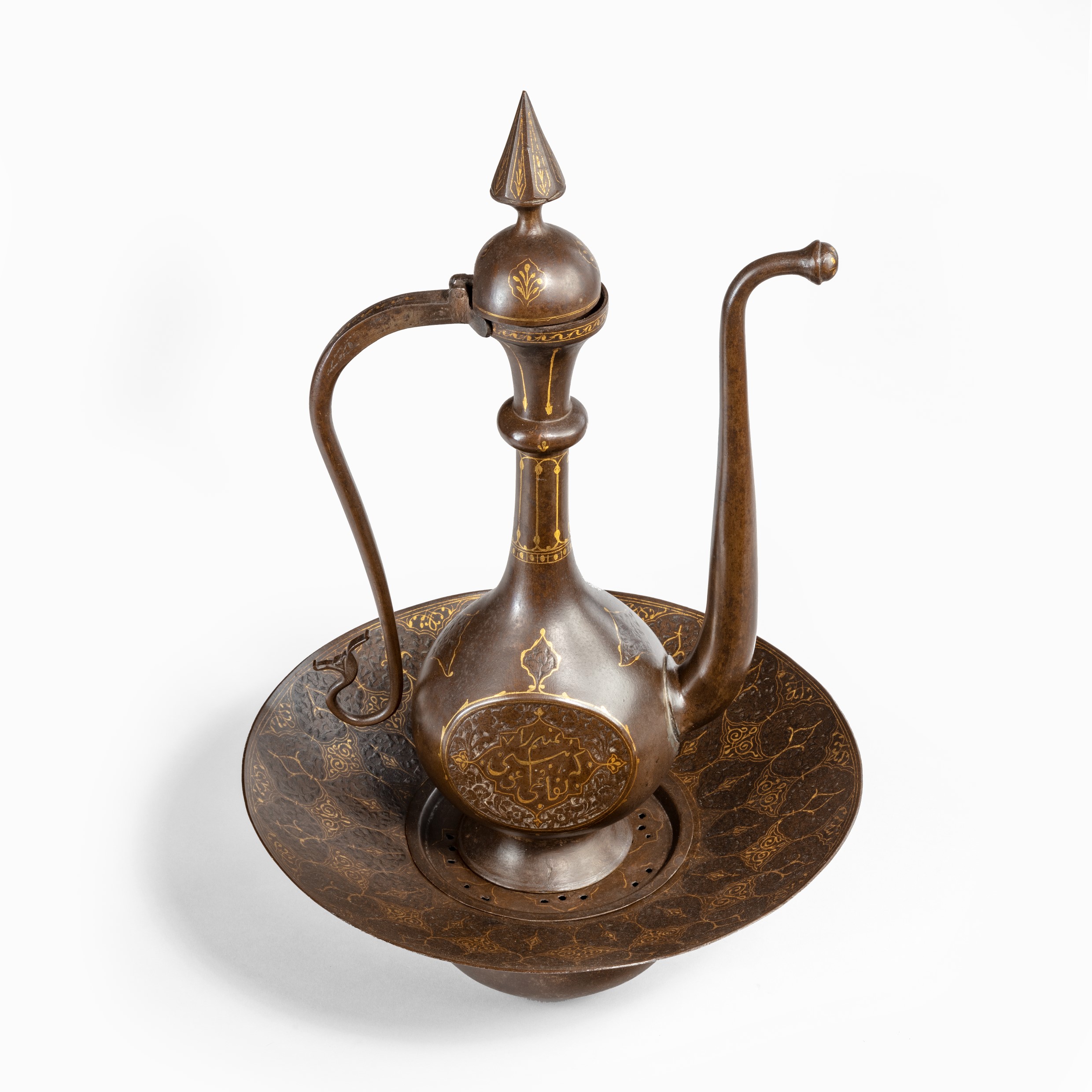 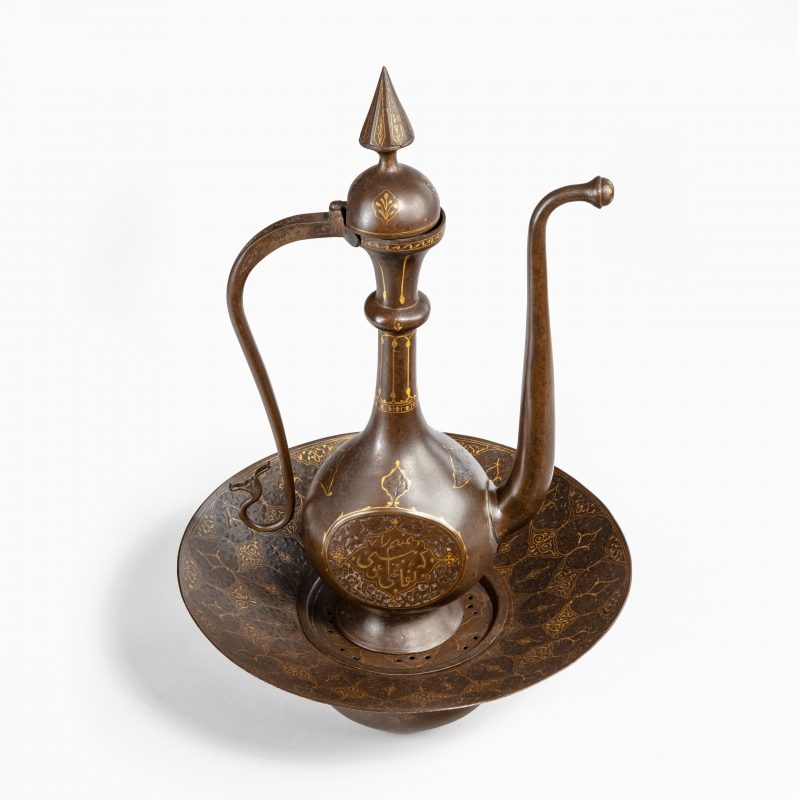 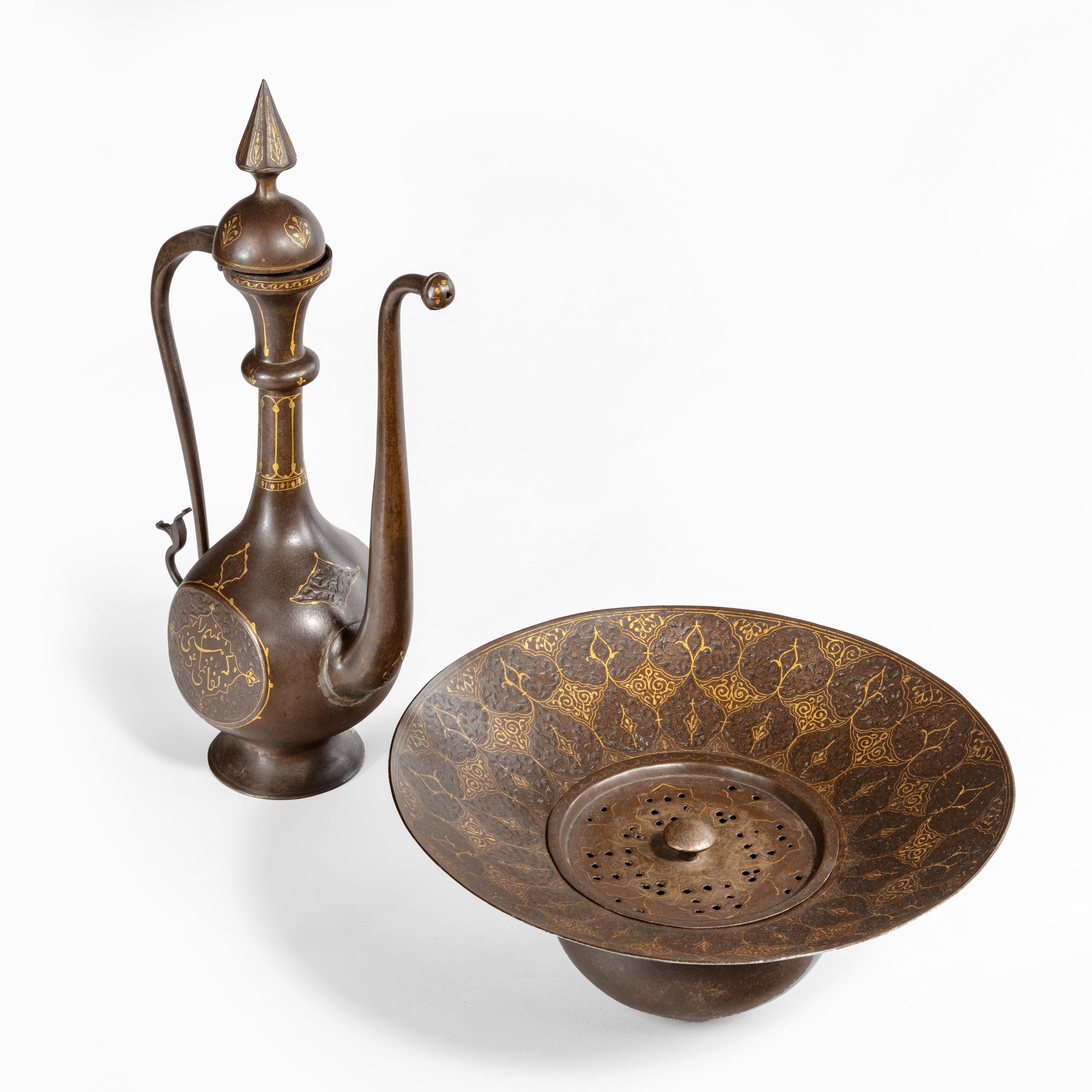 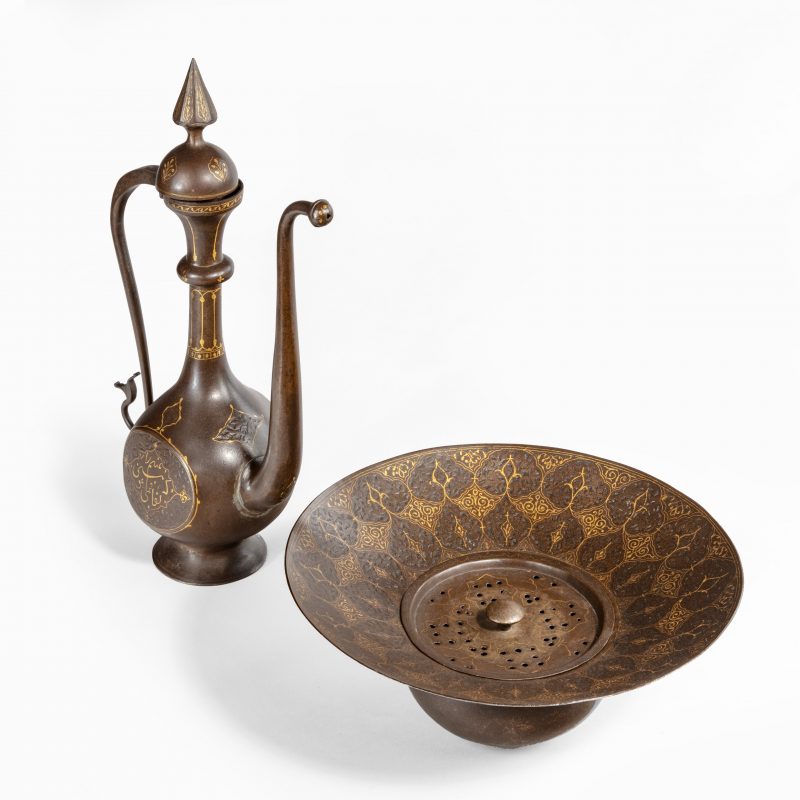 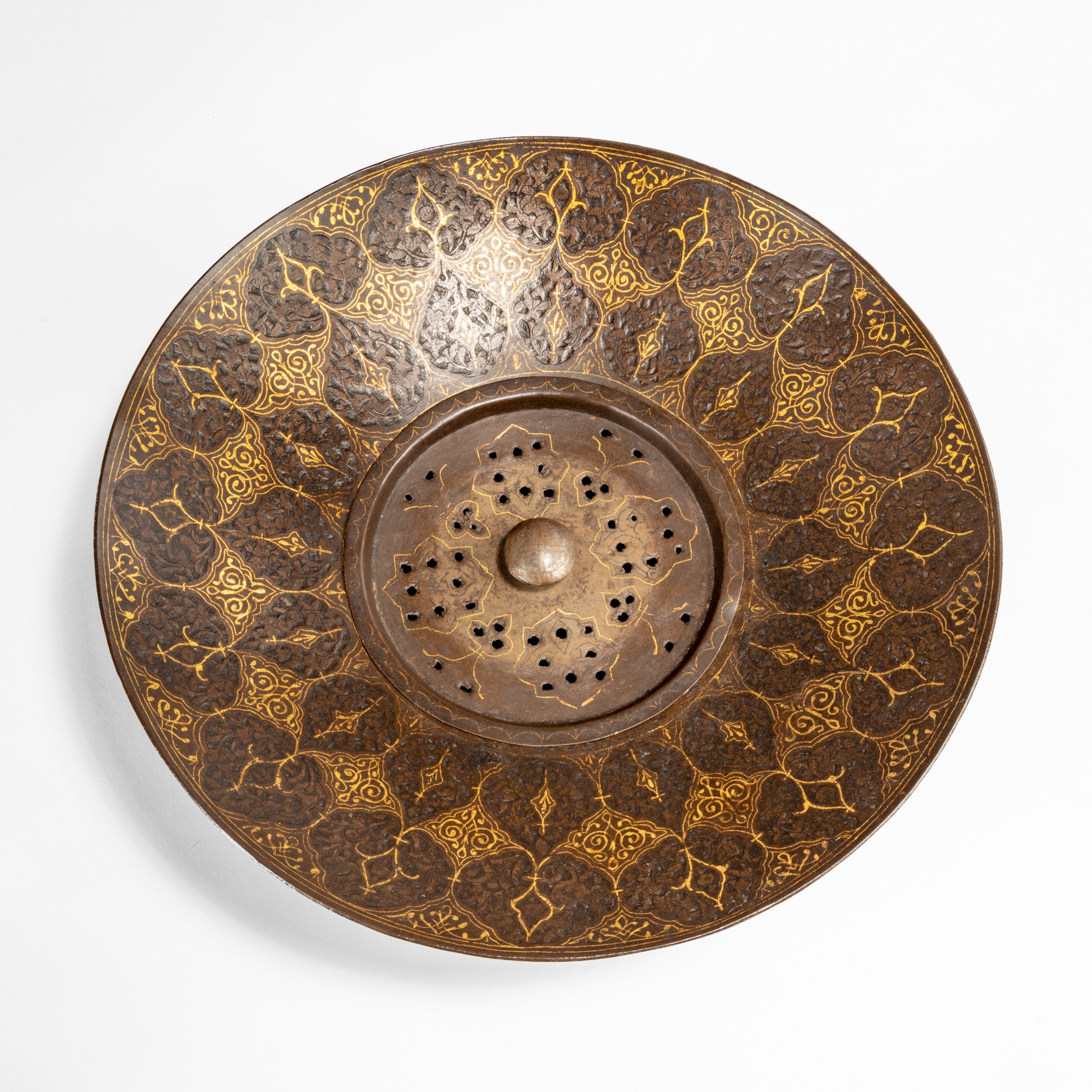 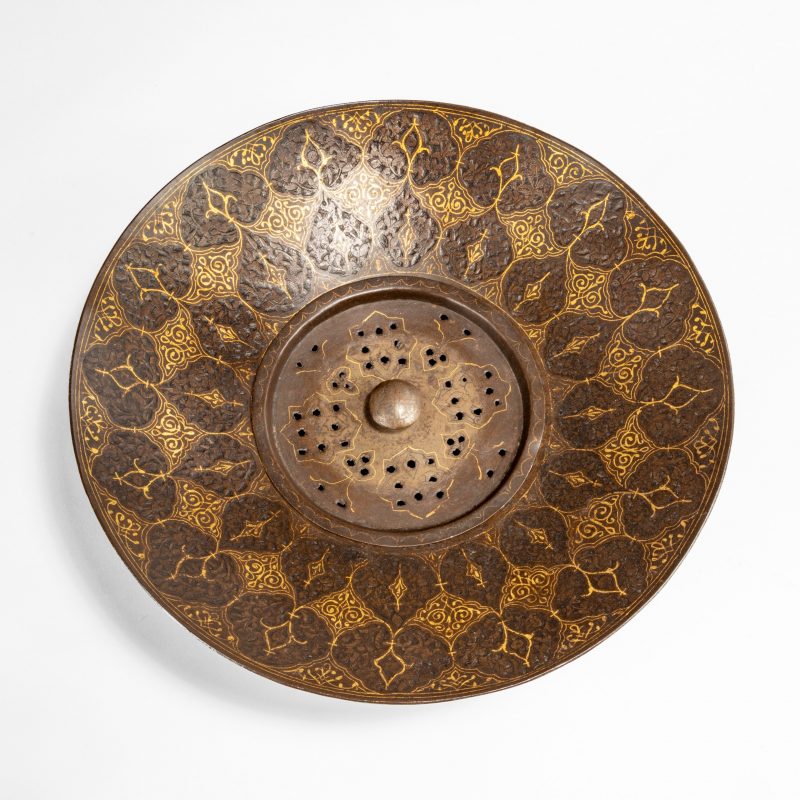 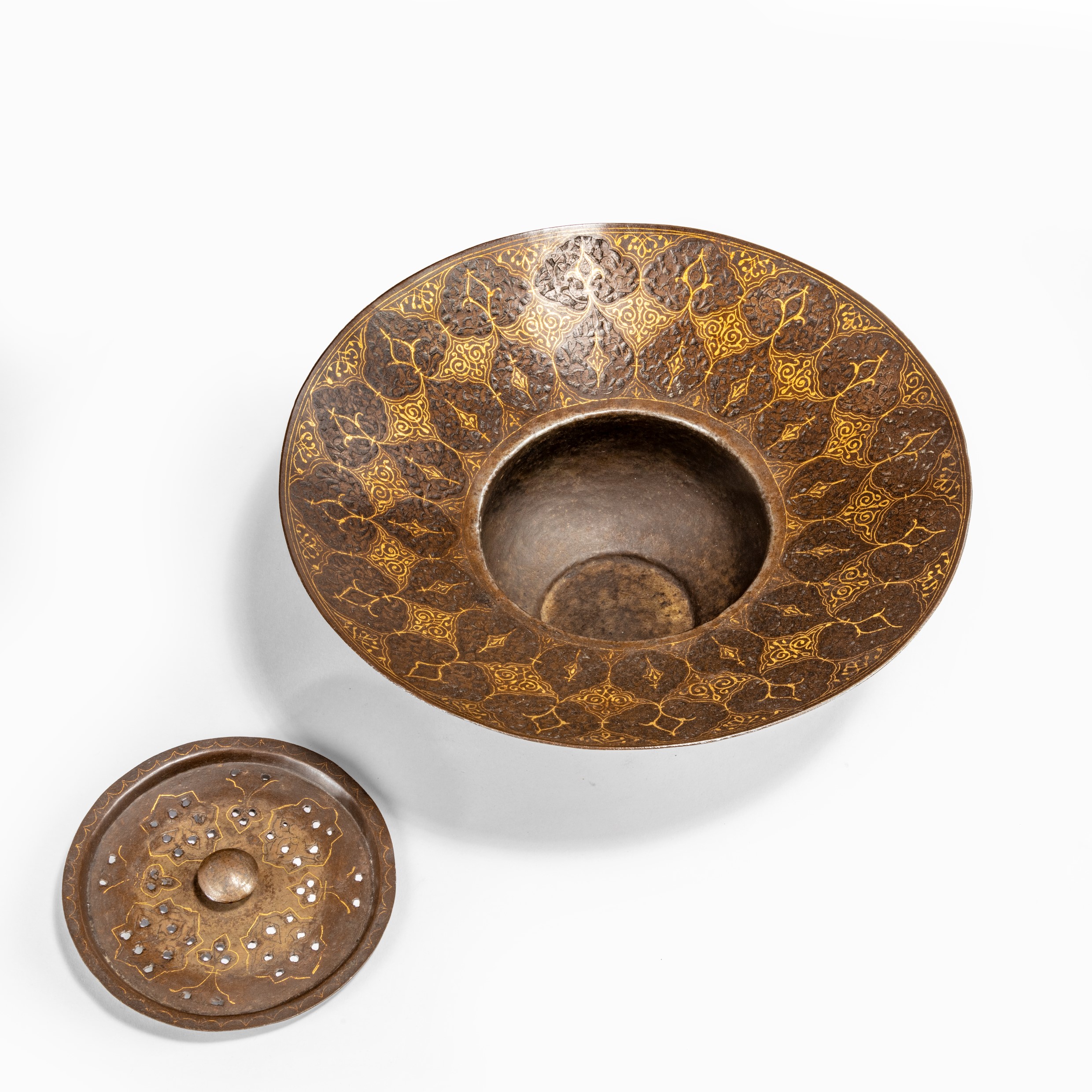 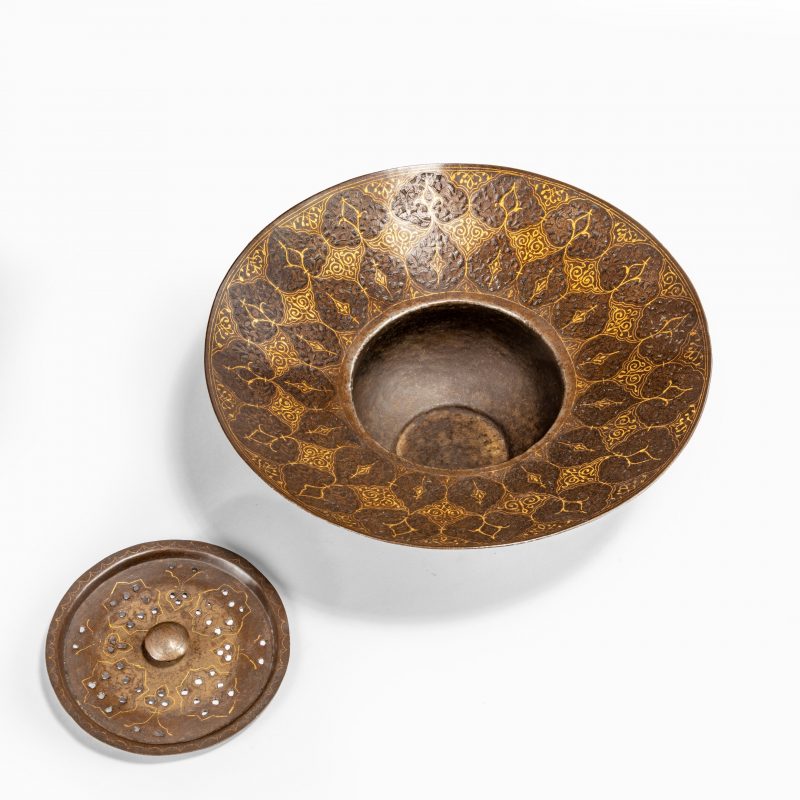 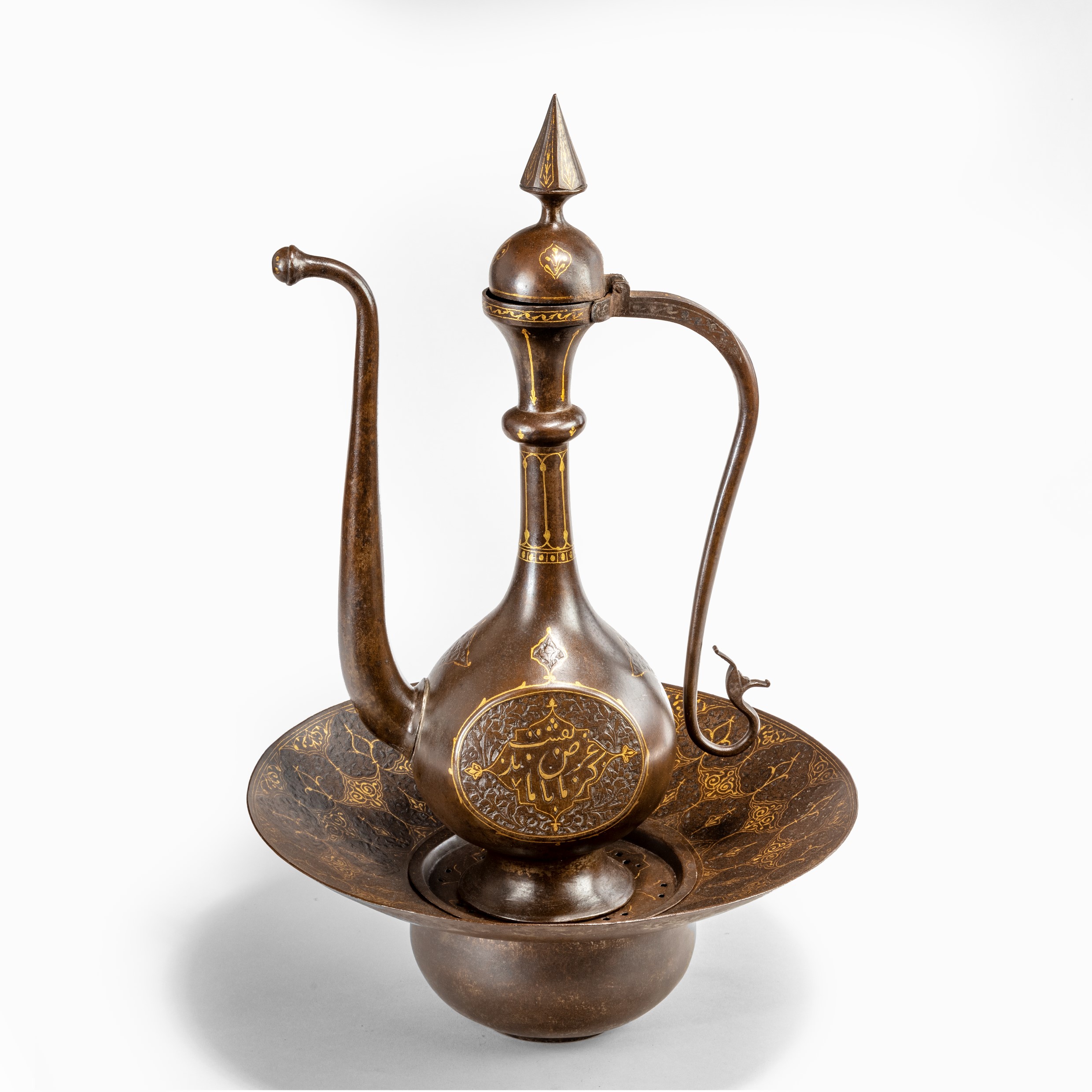 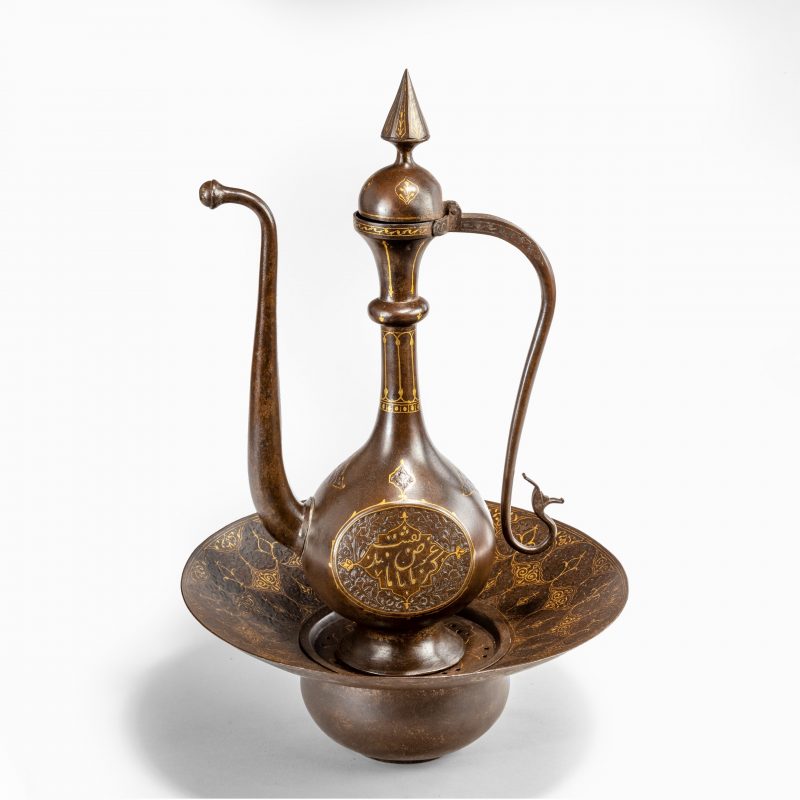 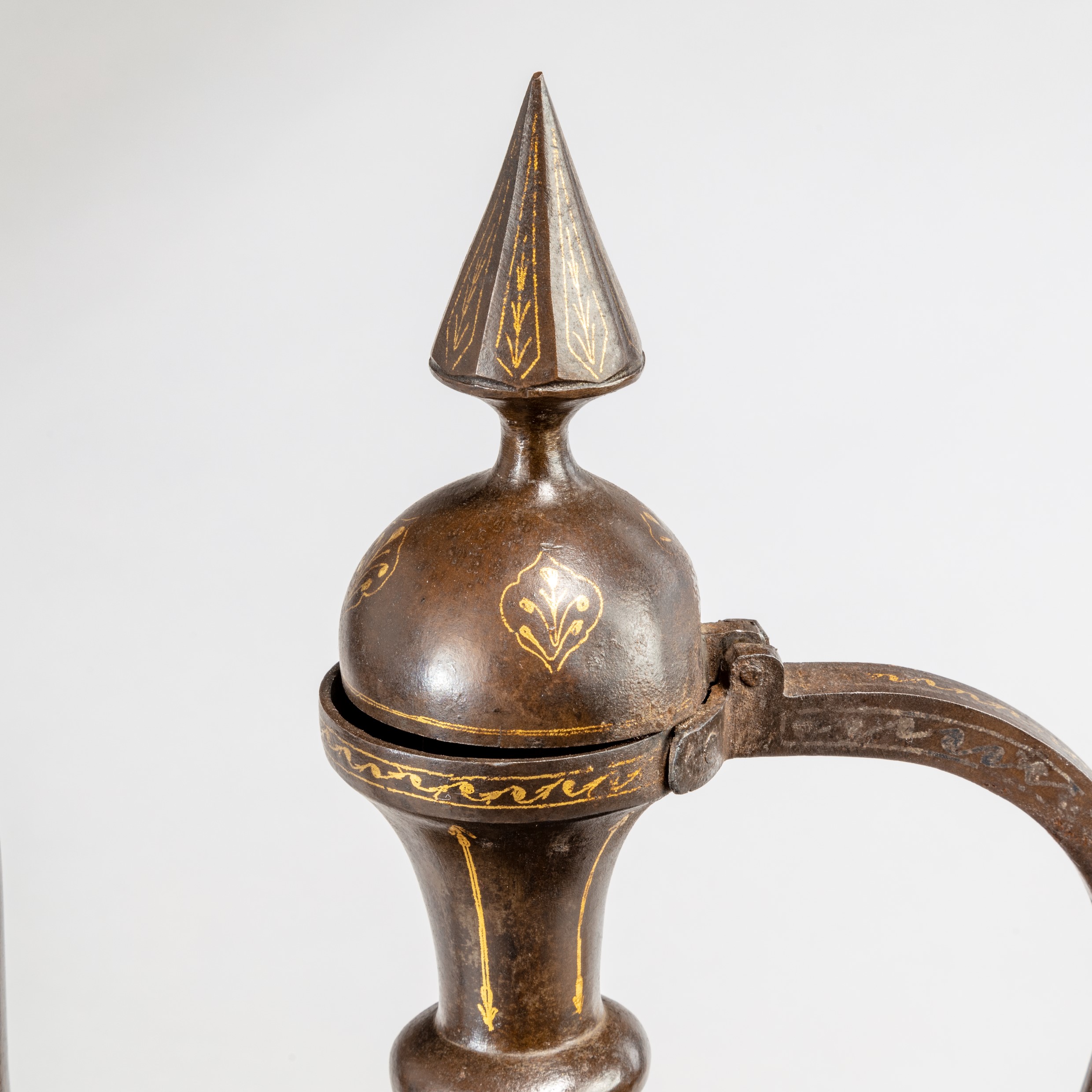 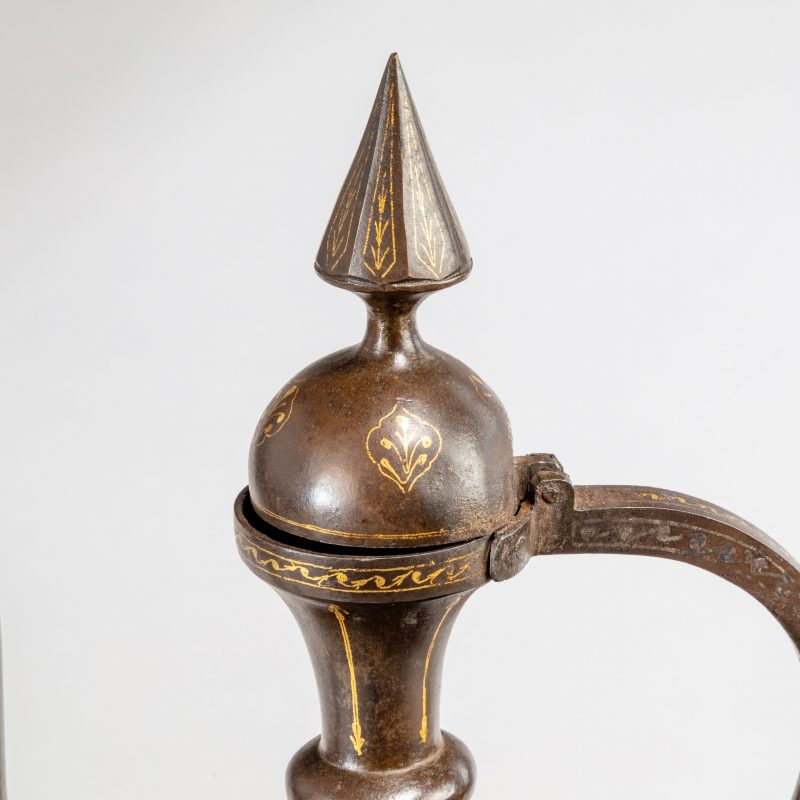 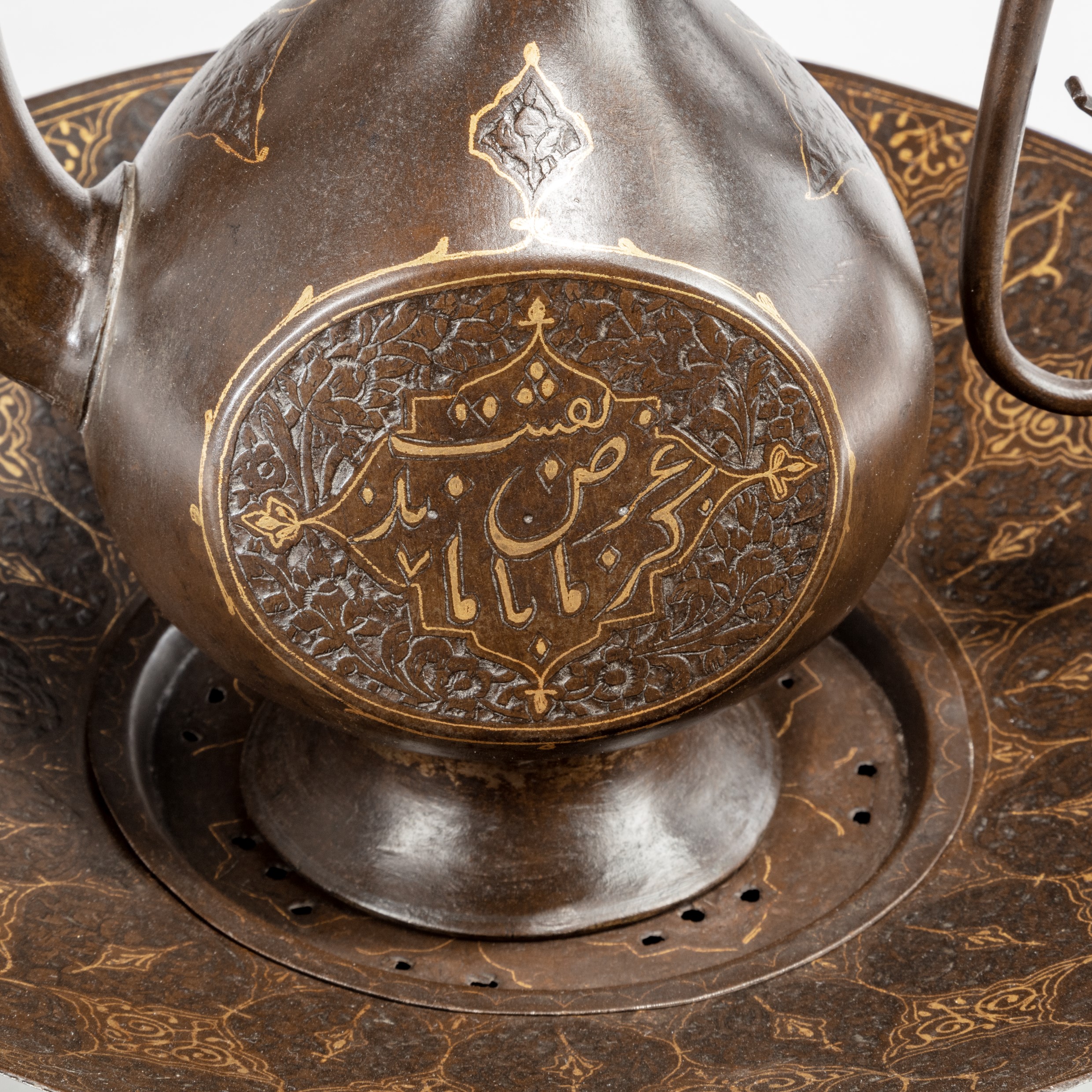 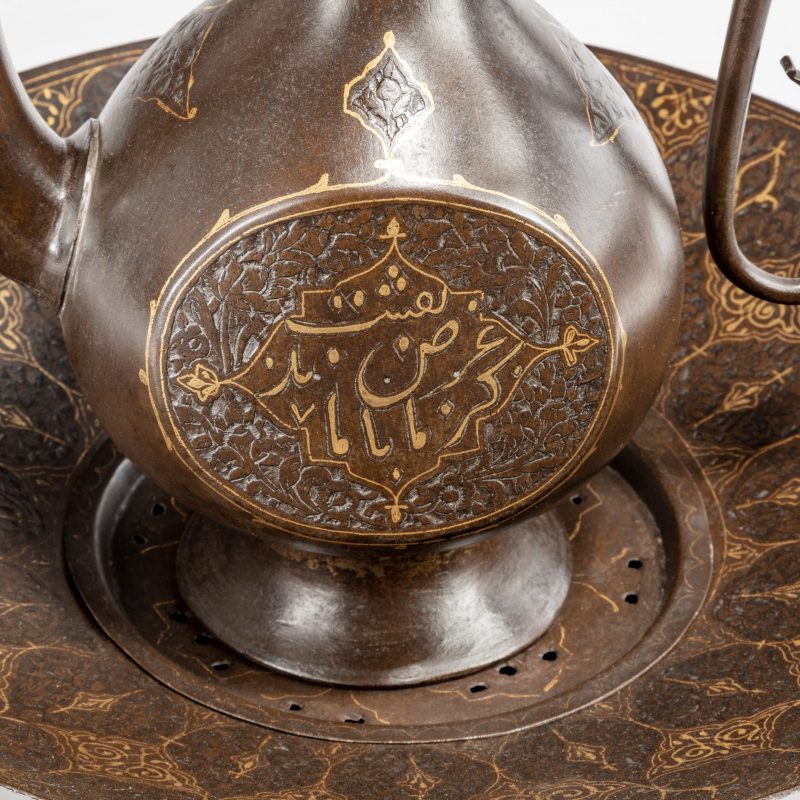 A Qajar gold-damascened steel ewer and basin the pear-shaped body with curved spout termination in a flowerhead and an S-shaped spout, the hinged cover with a pointed octagonal finial, accompanied by a deep bowl with widely flaring rim and pierced drainer, all decorated with panels of gilt inlay on an incised foliate ground, the ewer with two oval cartouches stating…… and the basins with a continuous band of lobes and spandrels.

A Qajar gold-damascened ewer and basin, 19th century, the ewer on spreading foot, the bulbous body damascened each side with script, beneath a slender neck and hinged cover, the basin of squat form with flared decorated with foliate medallions, with pierced insert, ewer 41cm. high, basin 31cm. diameter. Illustrated.