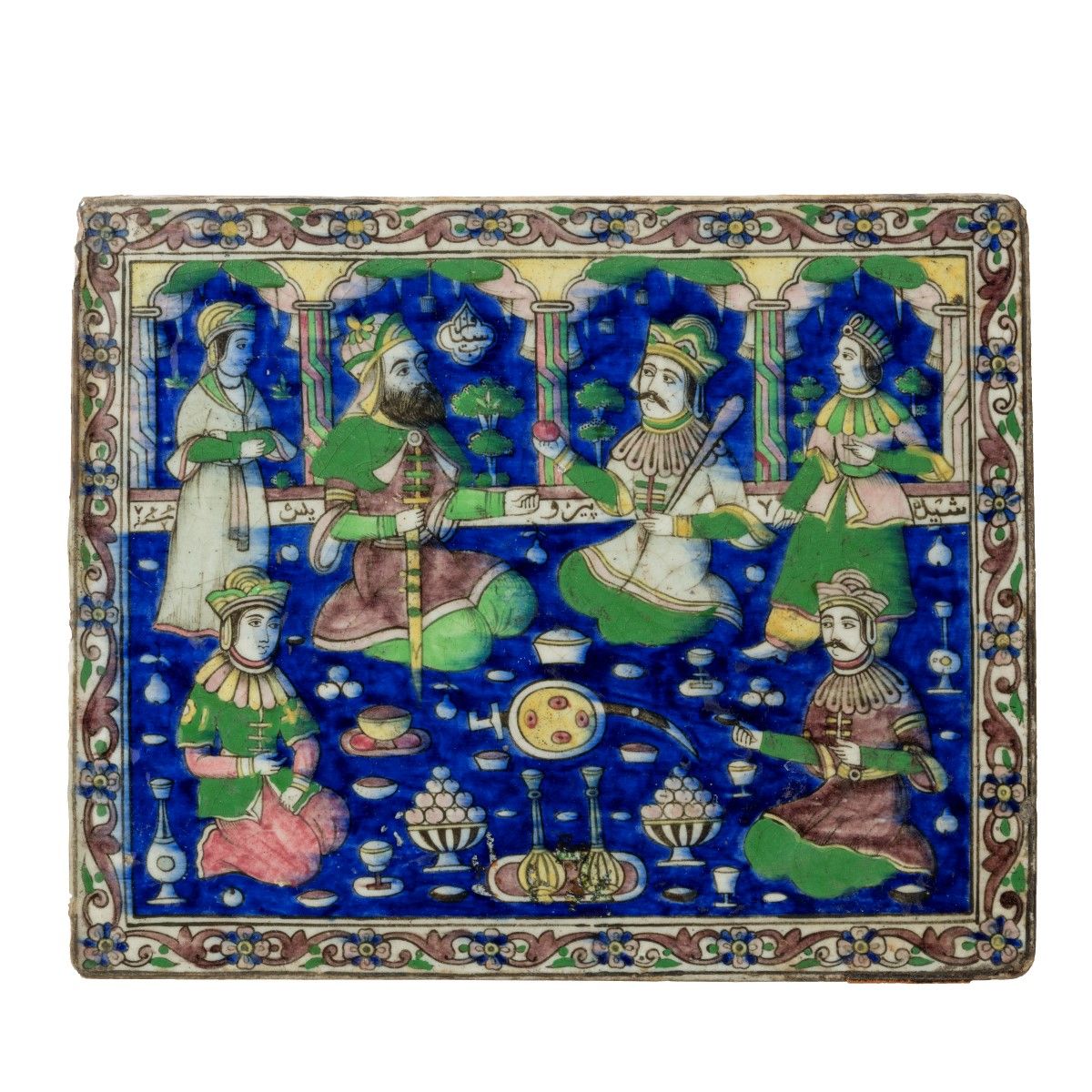 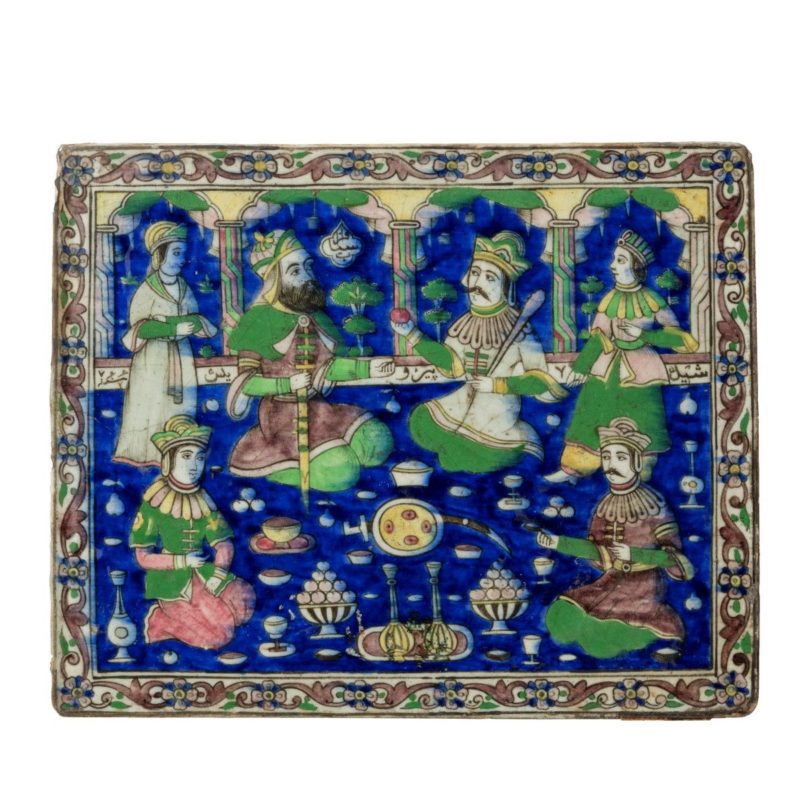 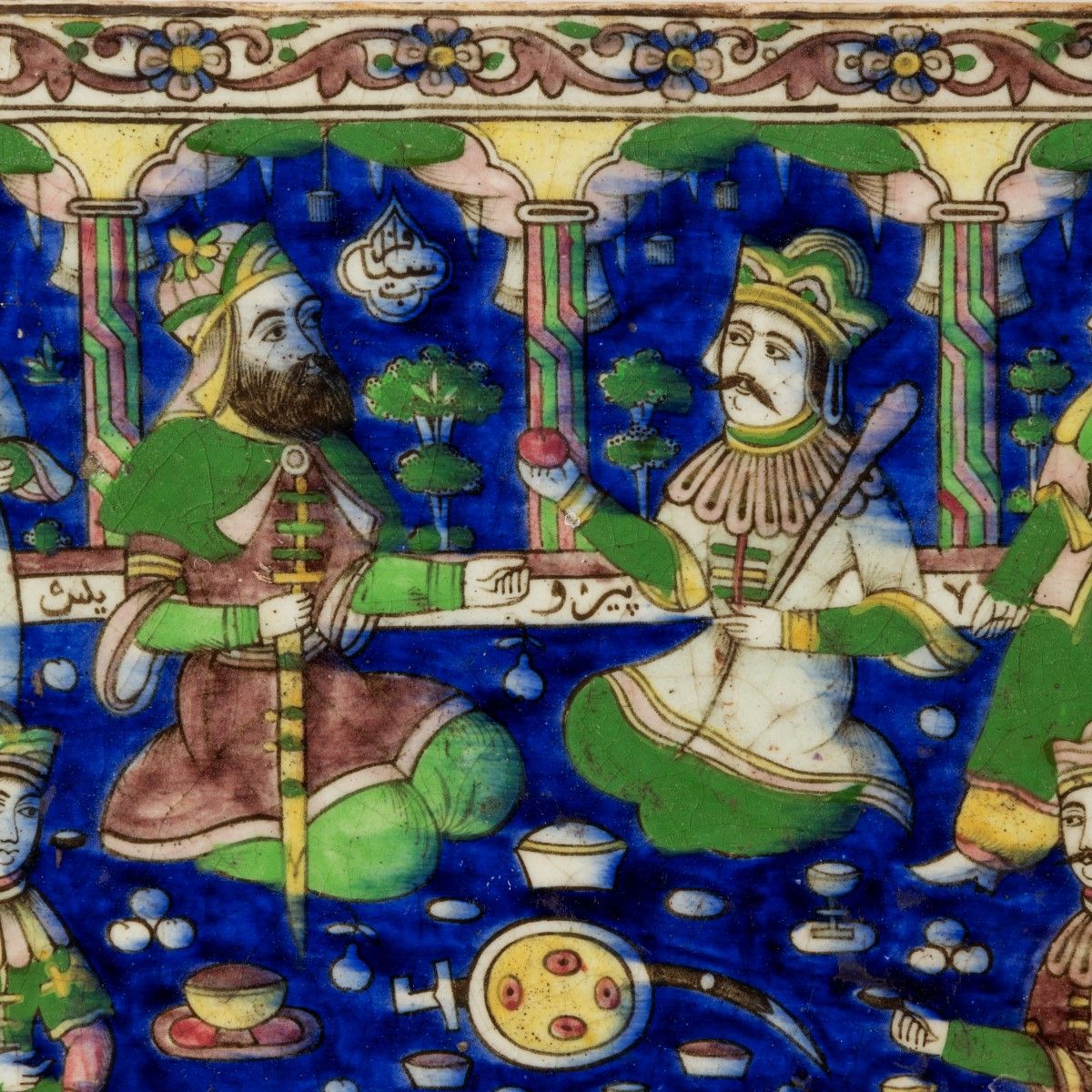 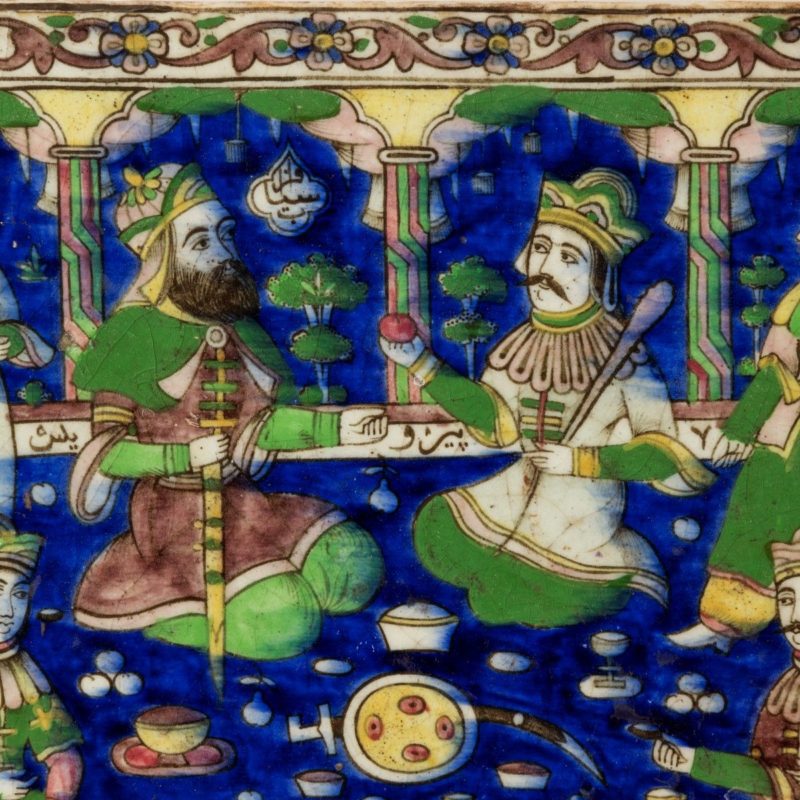 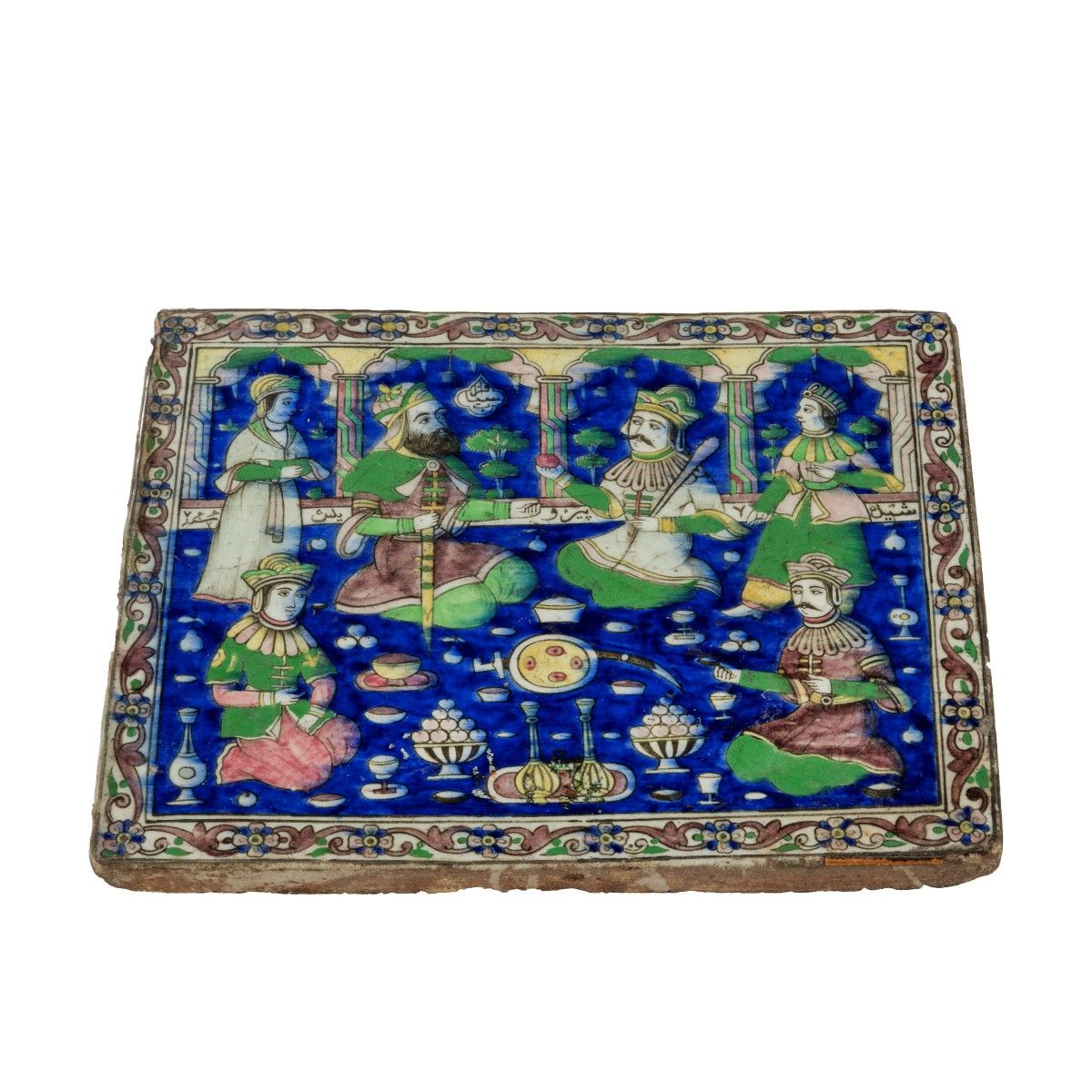 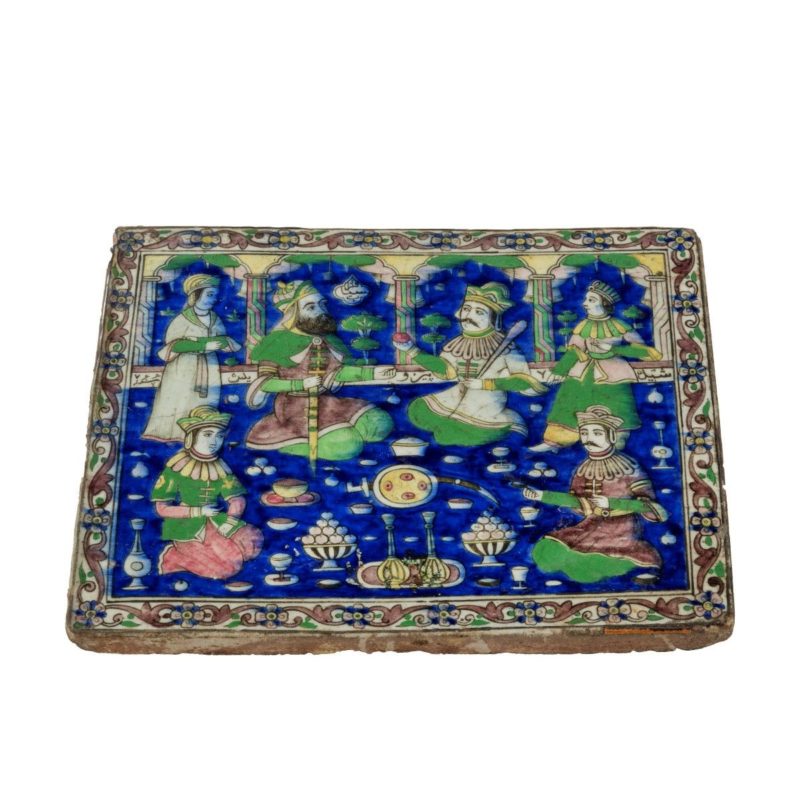 A Qajar polychrome tile, of rectangular form with moulded decoration painted in underglaze blue, magenta and green showing a scene from the Shahnameh of kings, with attendants, enjoying a banquet in an arcaded pavilion. Inscribed under the arches and in a tear-drop cartouche in cursive script Afrasiyab, Shideh, Piru[z] and y[a]nes the year 766 (1364-5). Persian, late 19th century.

Footnote: The Shahnameh is a long epic poem (50,000 couplets) by Firdousi describing the part mythical and part historical history of the Persian Empire until the Arab conquests in the 7th century. Apart from many beautifully illustrated manuscripts of the story, it is also the inspiration for the other decorative arts, such as this tile.