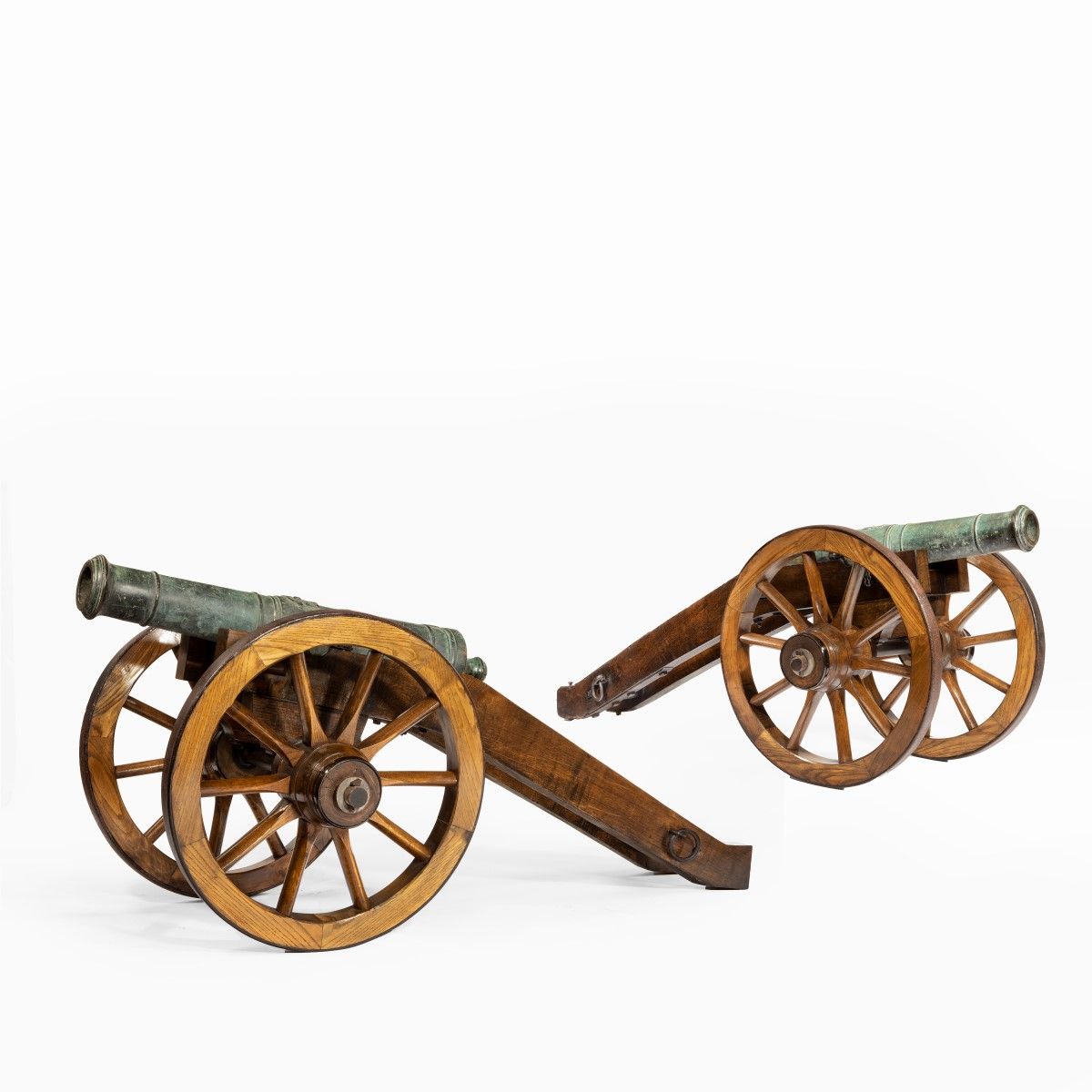 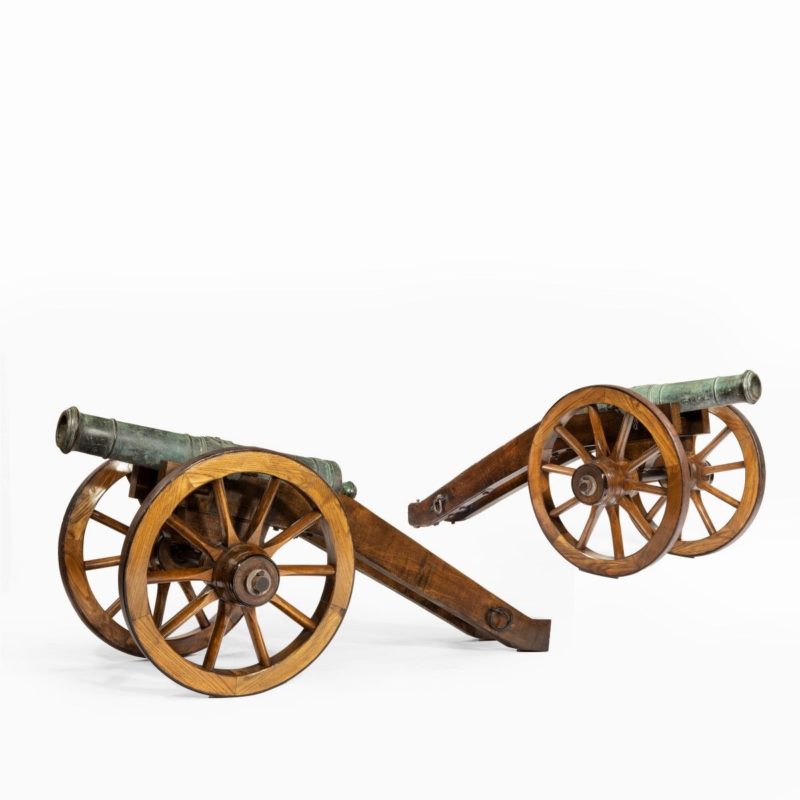 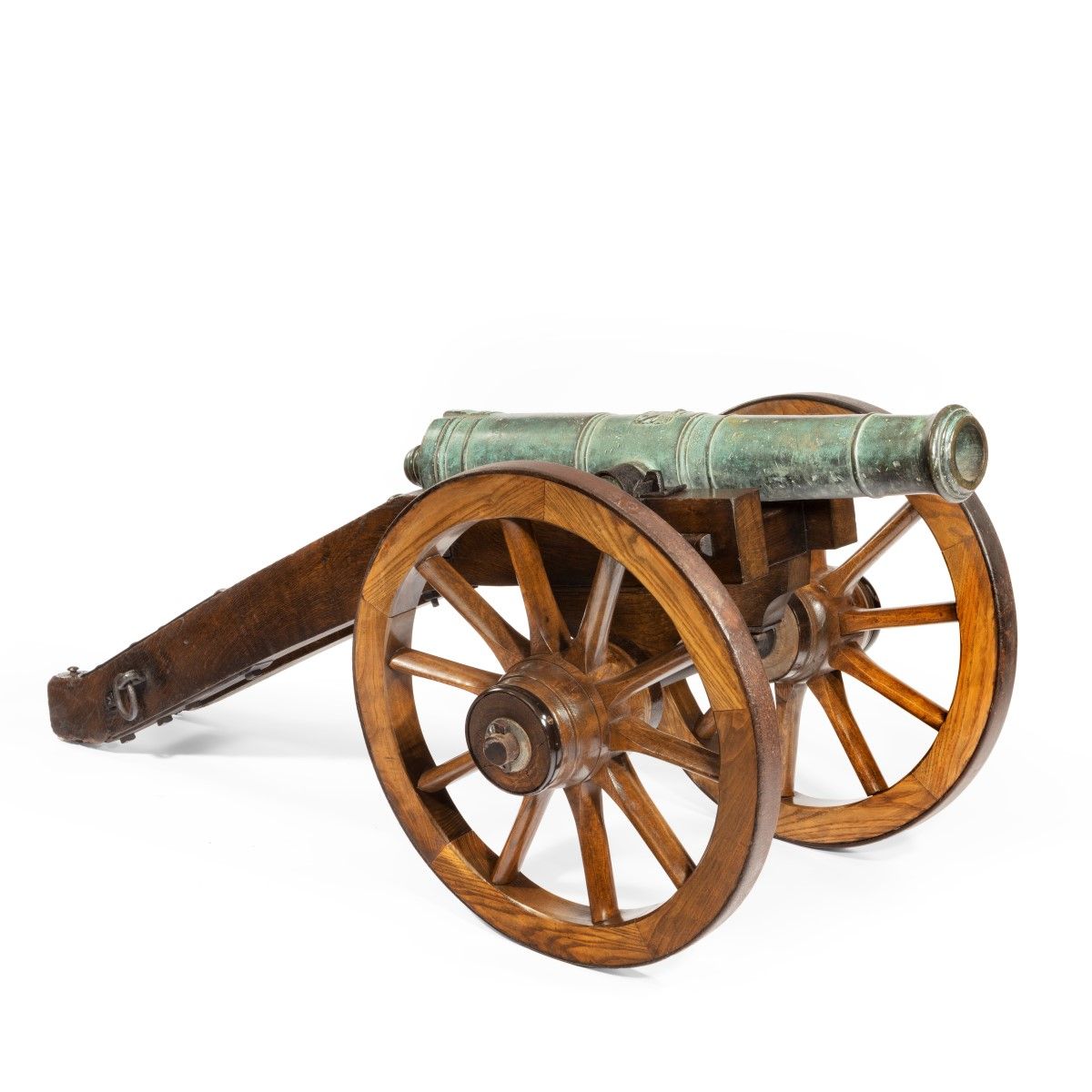 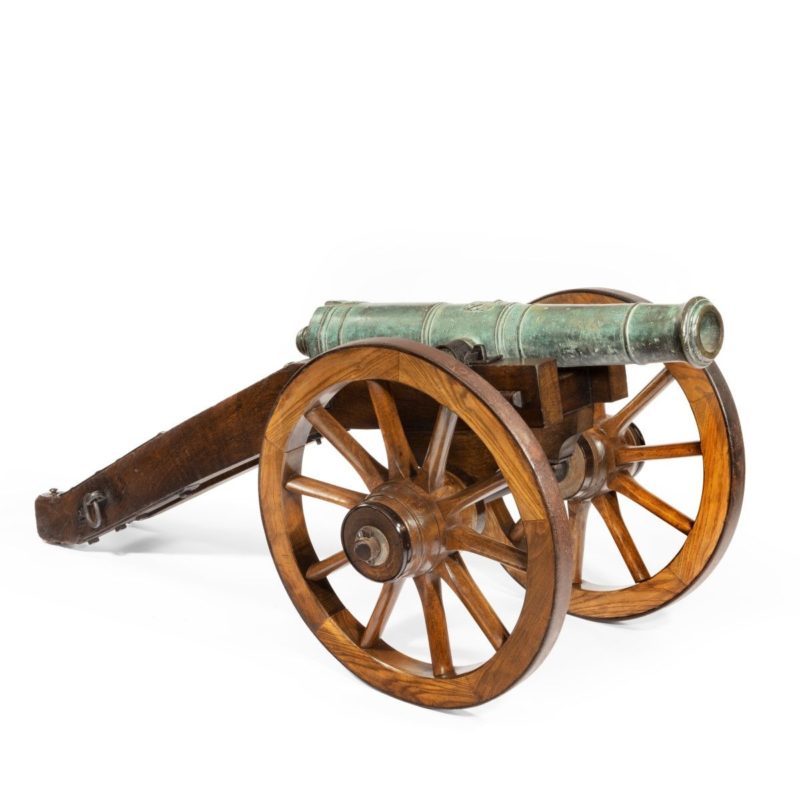 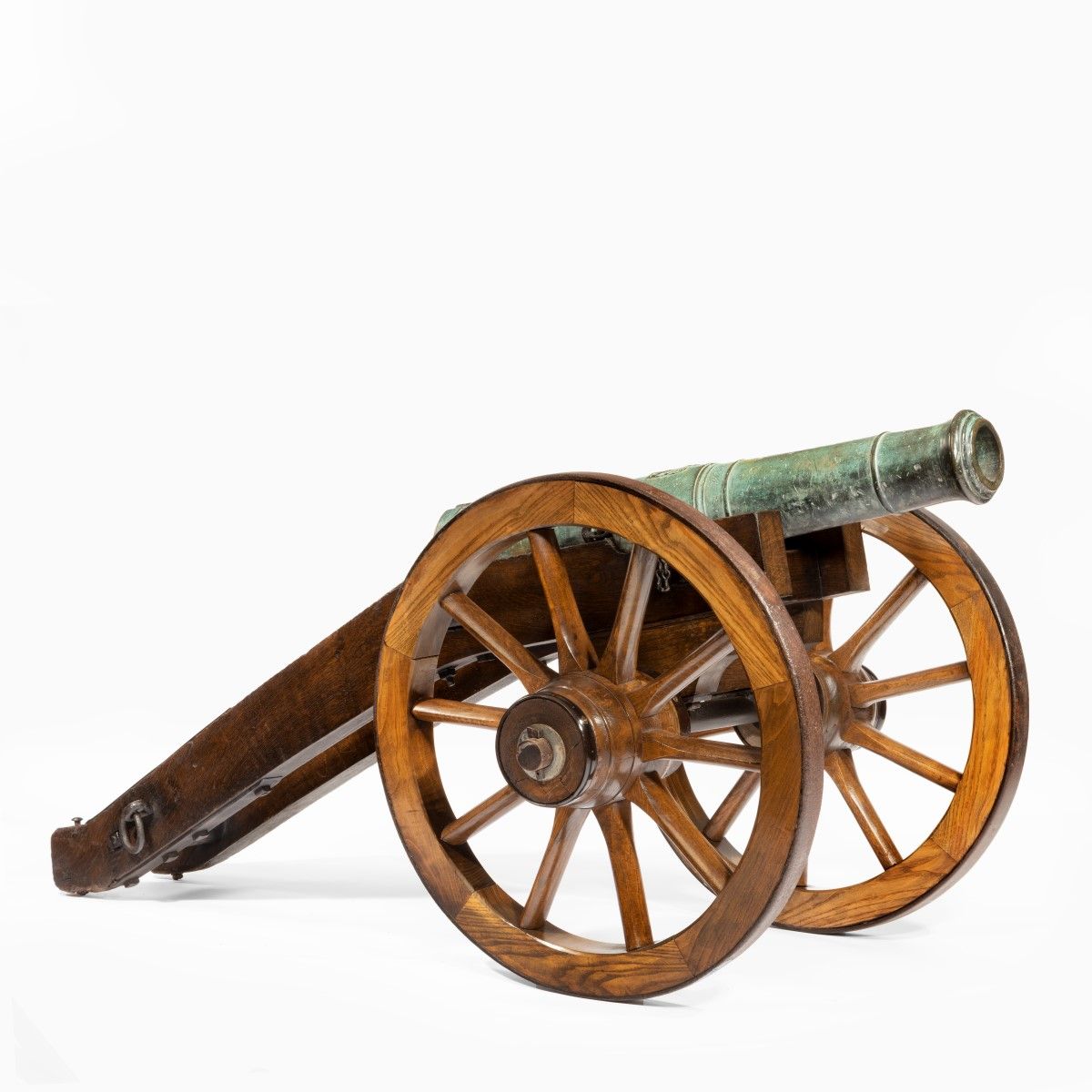 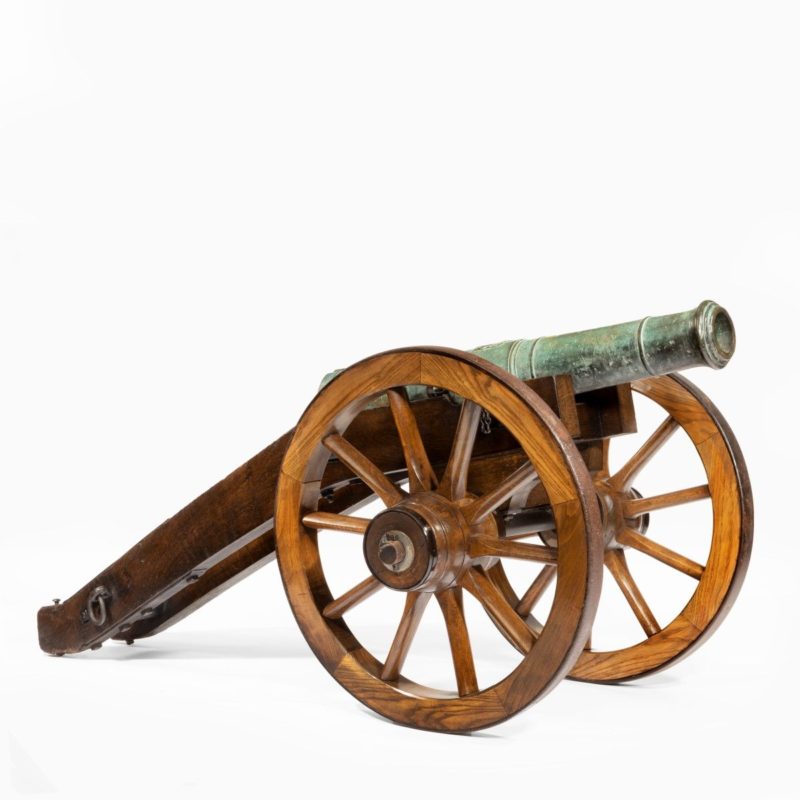 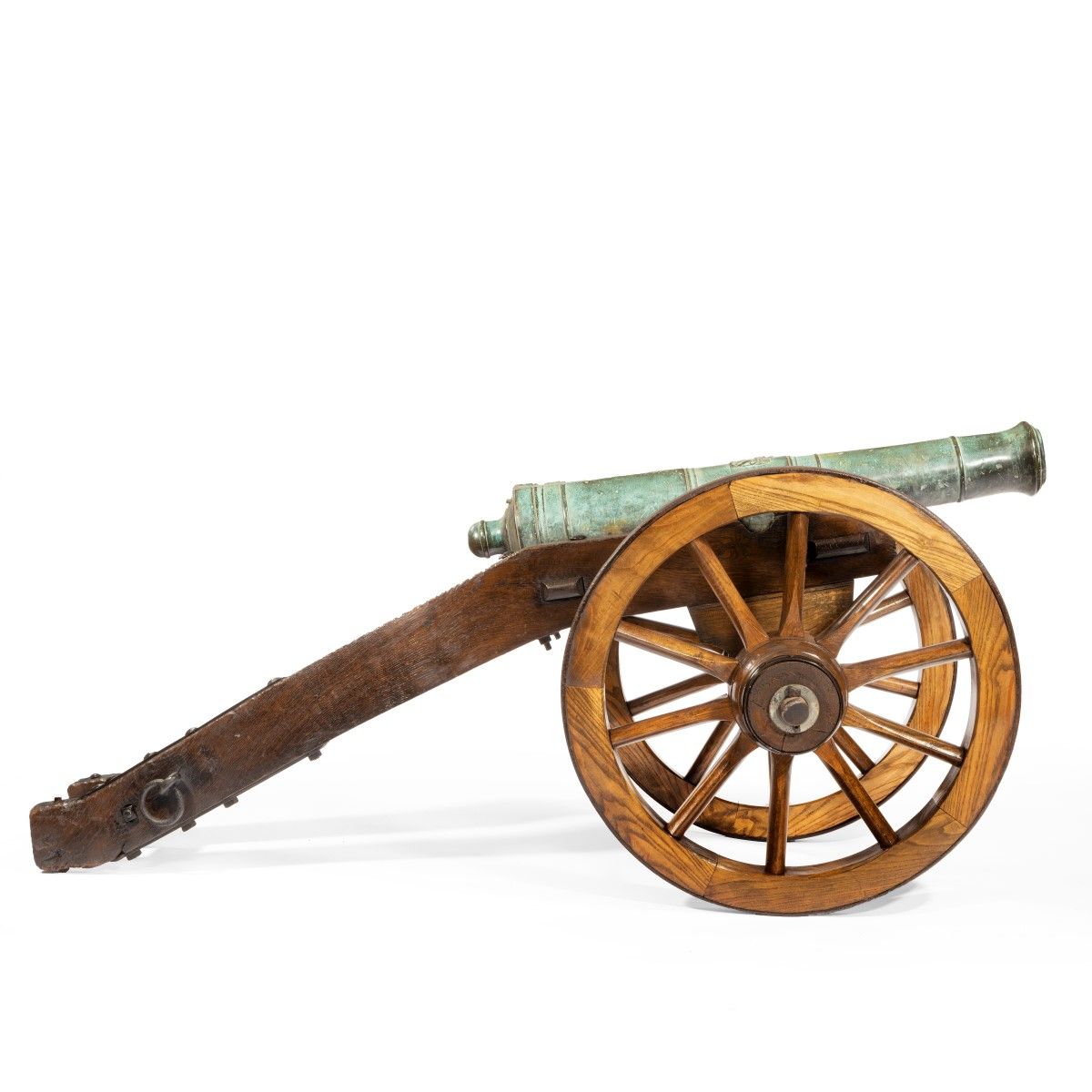 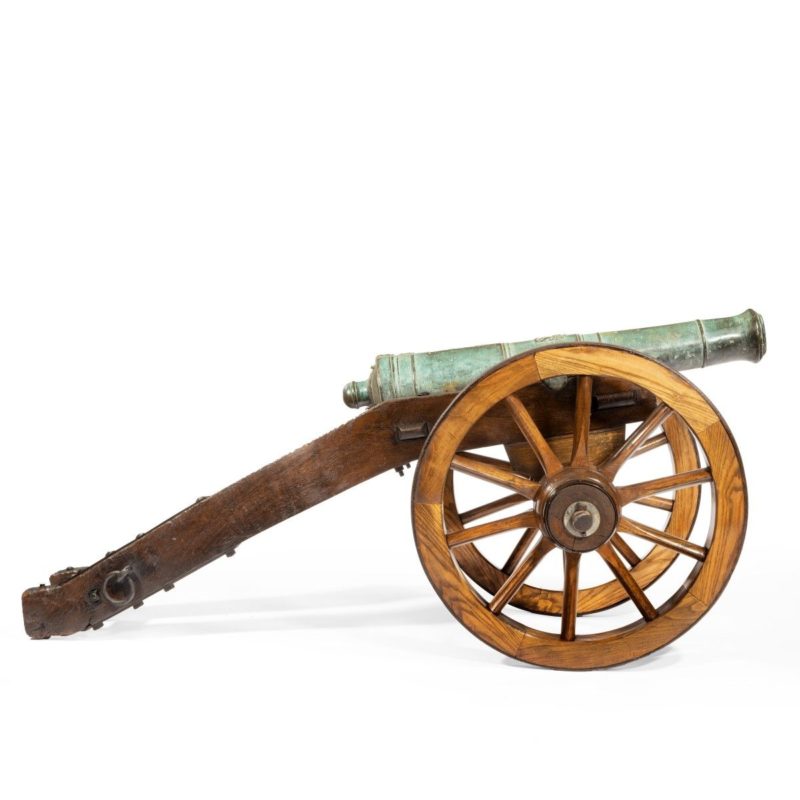 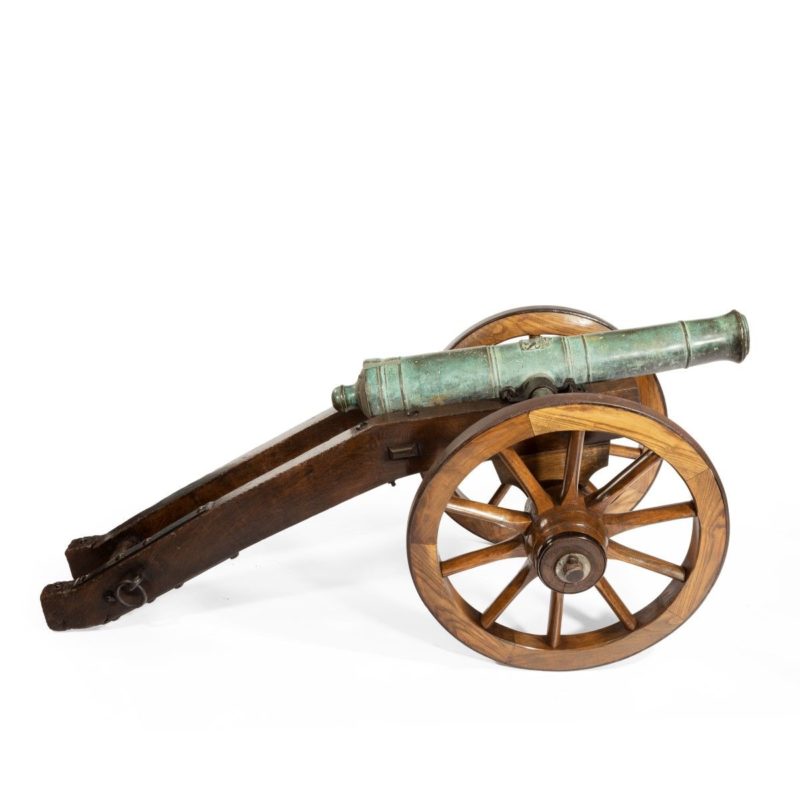 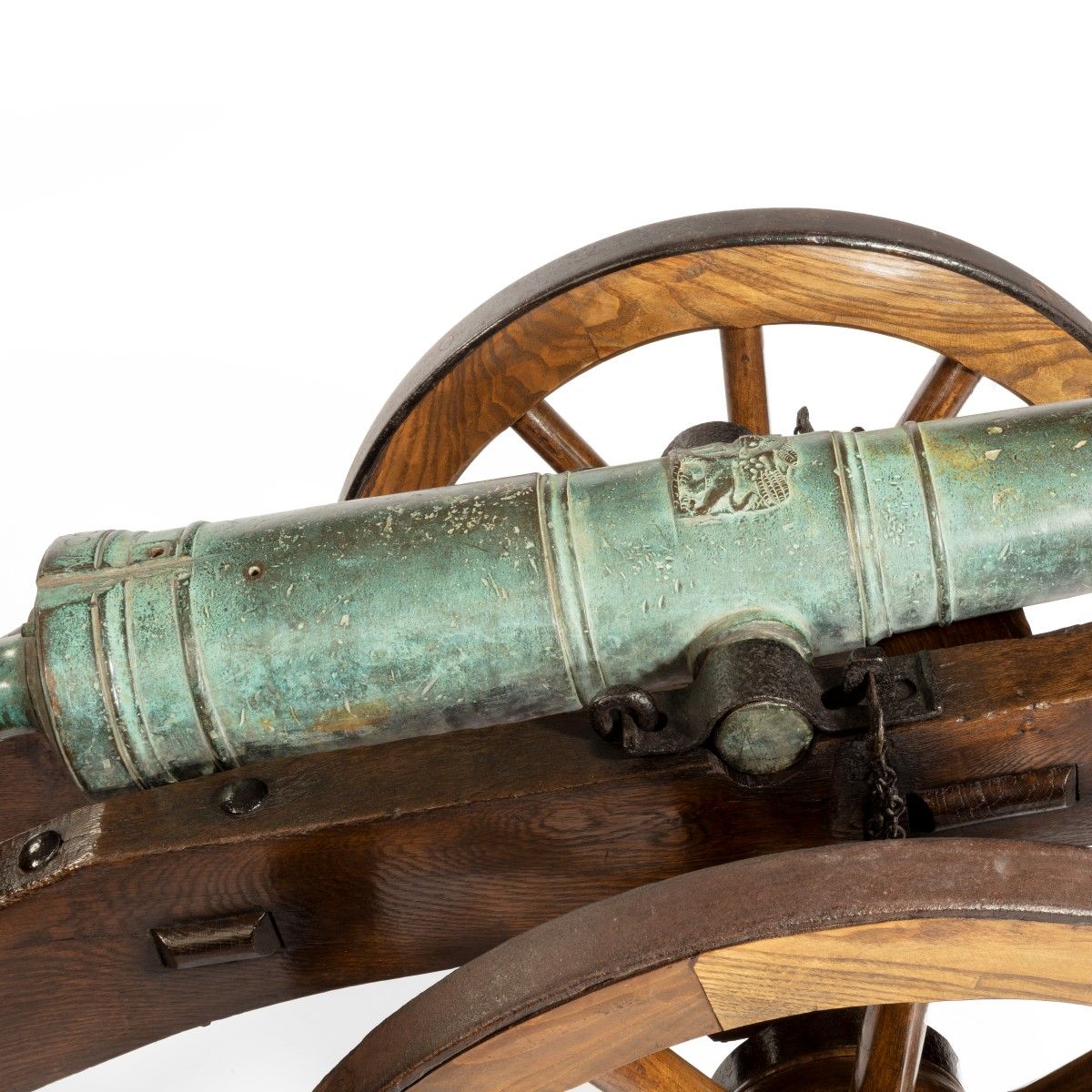 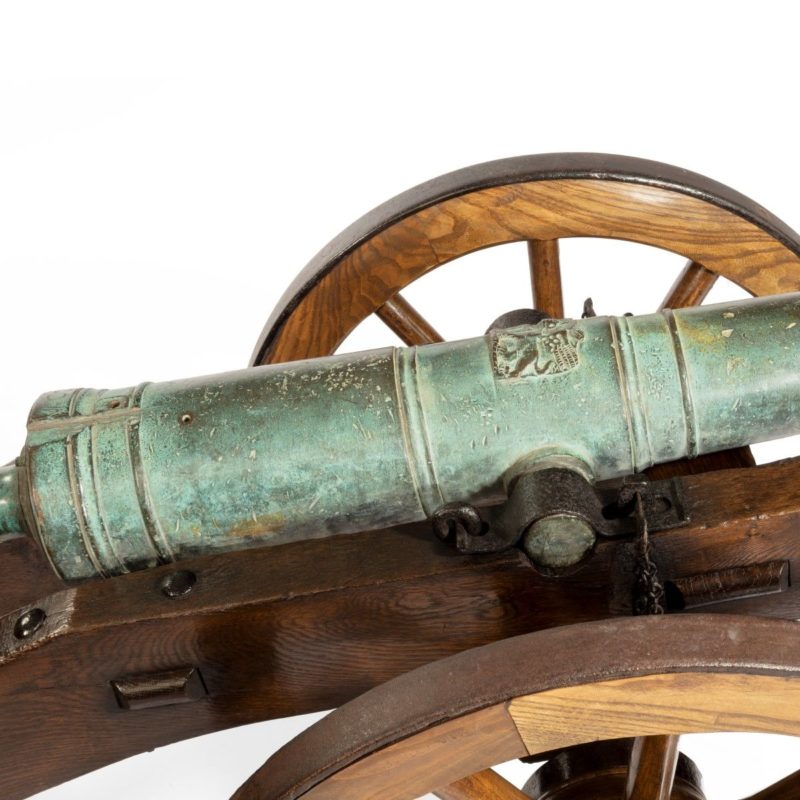 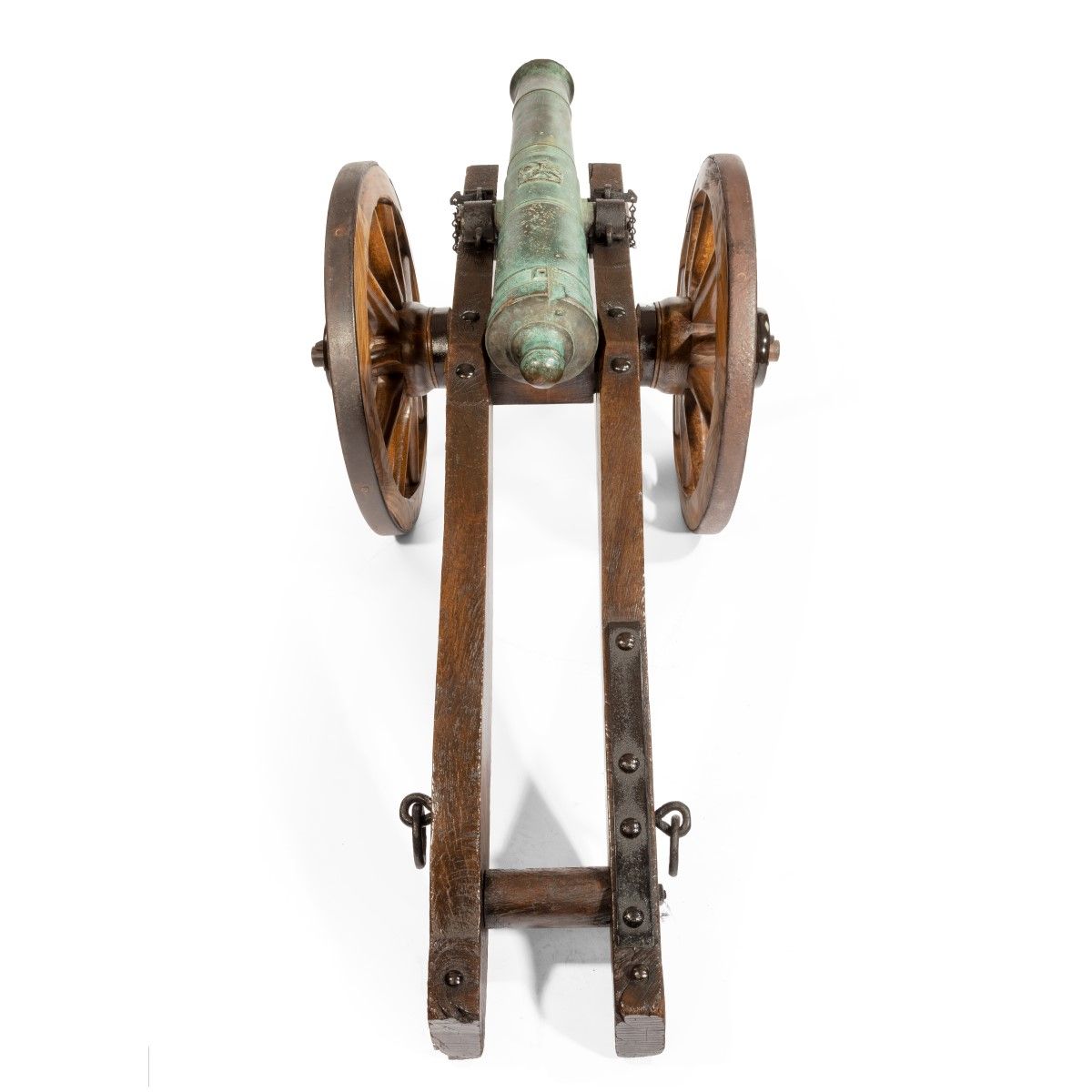 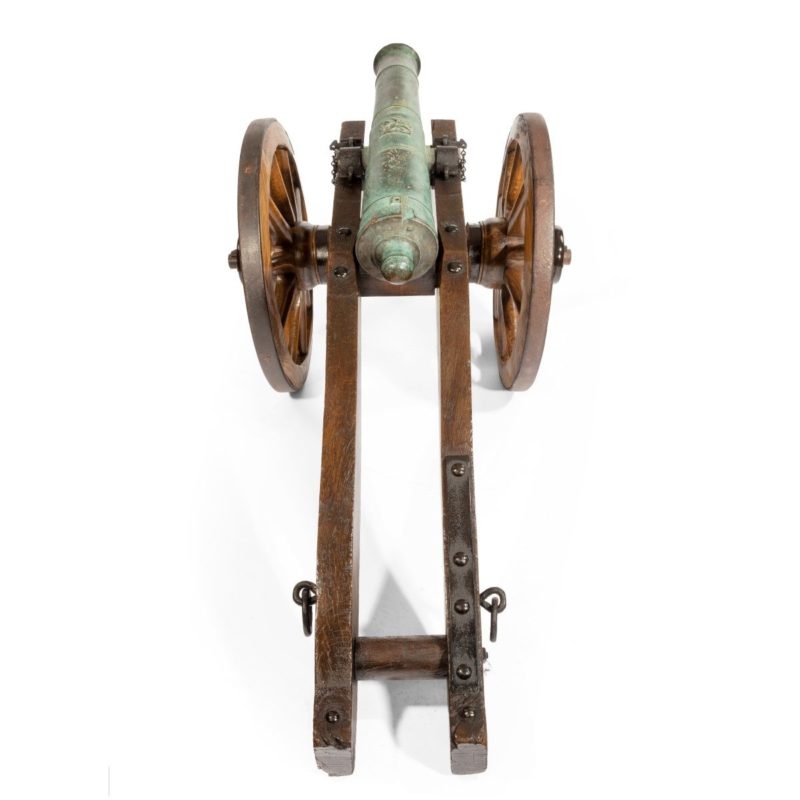 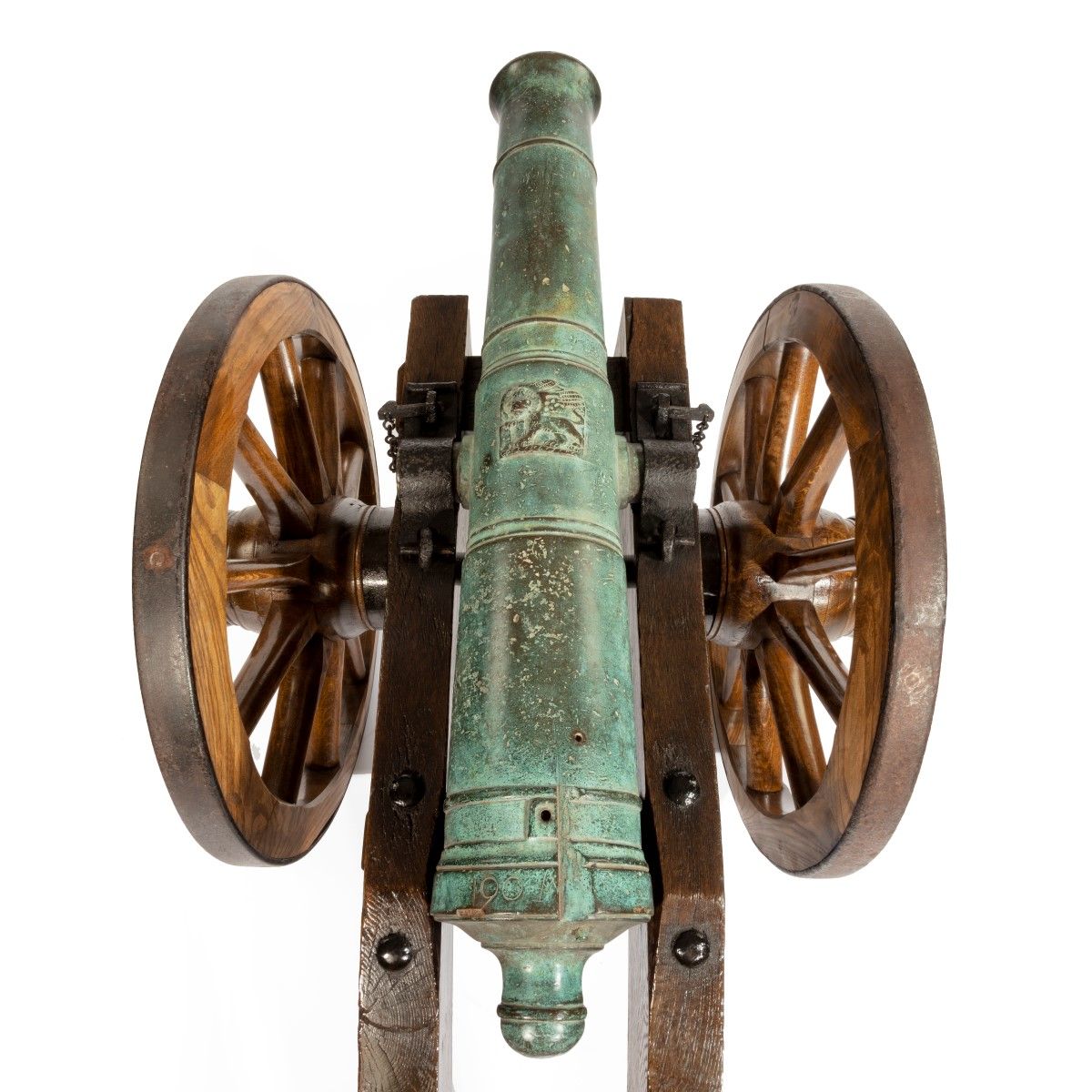 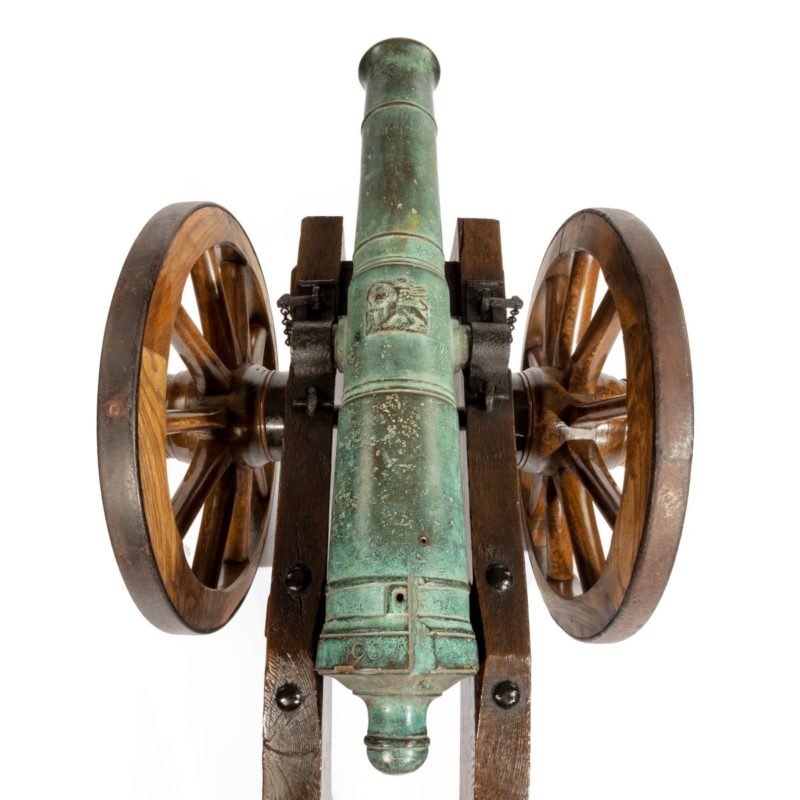 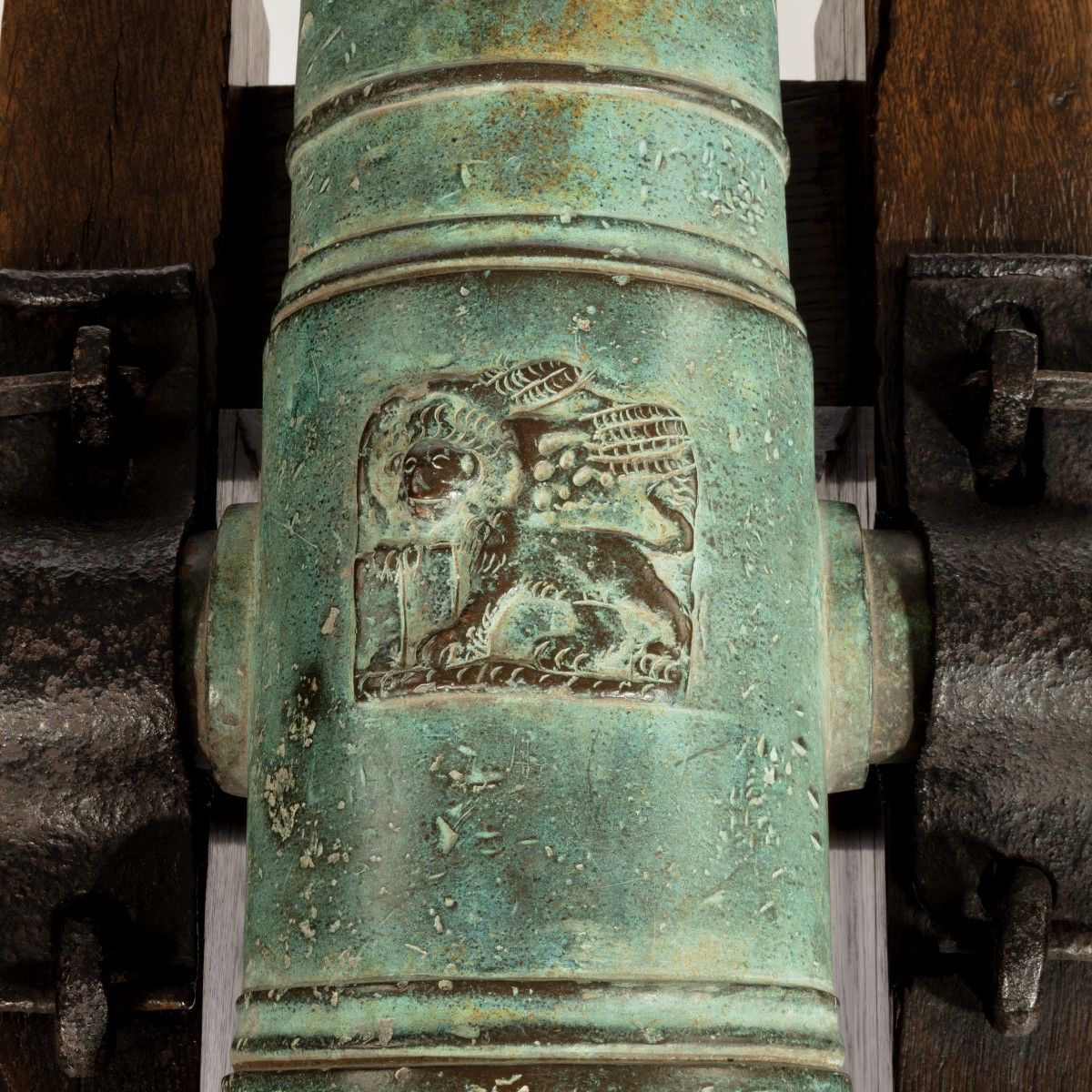 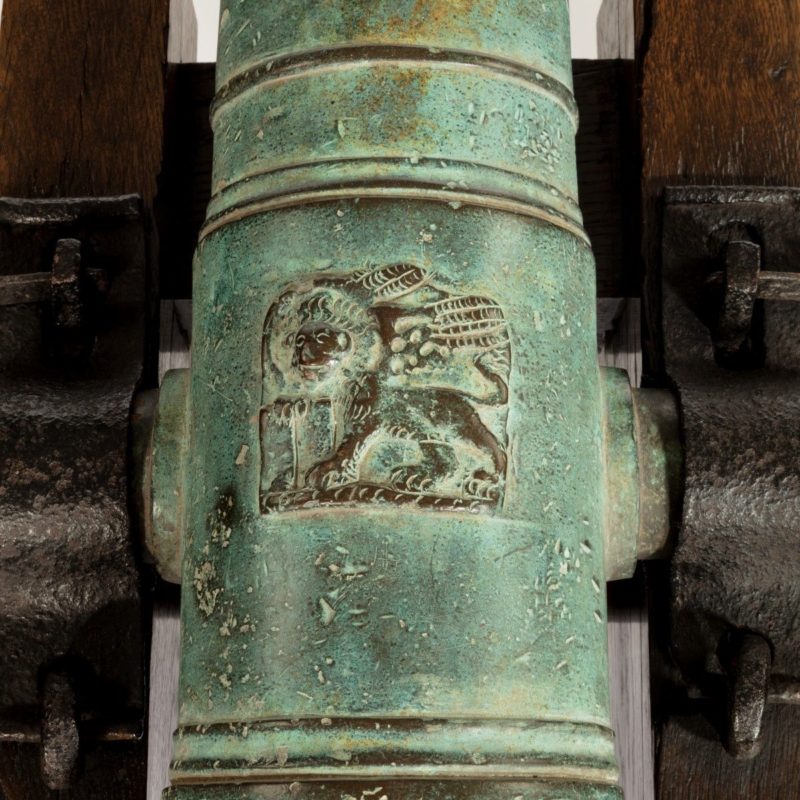 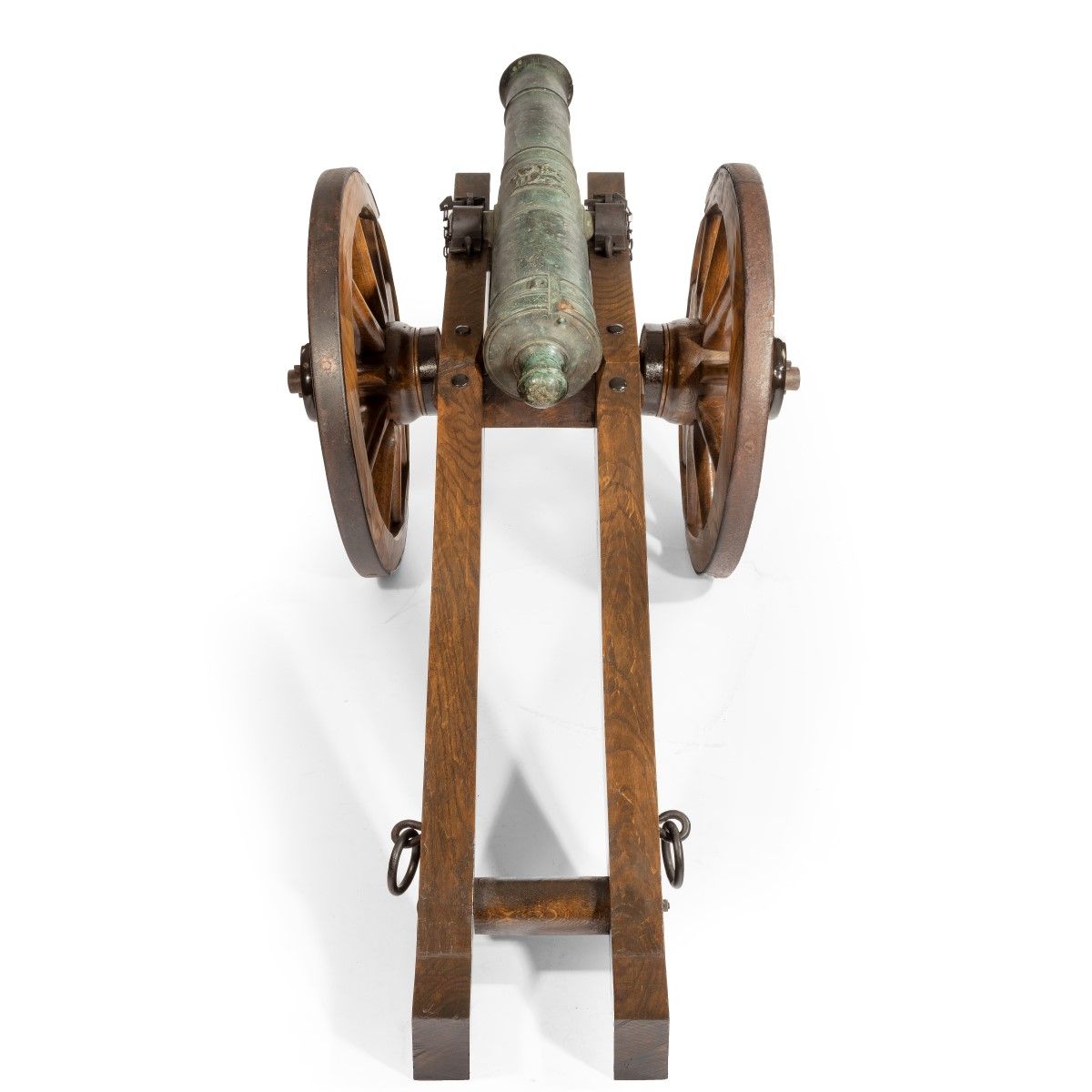 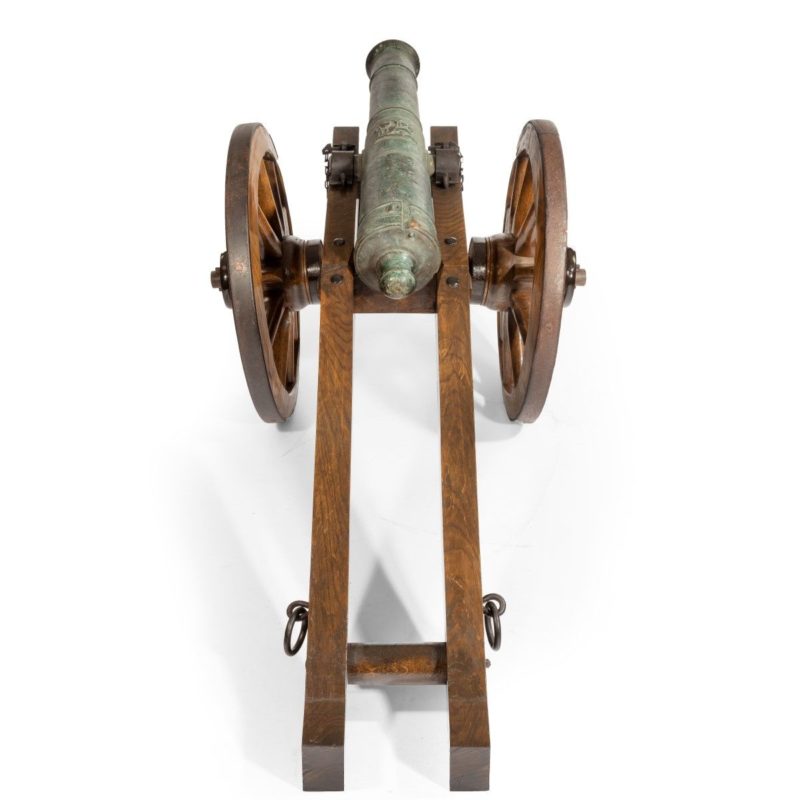 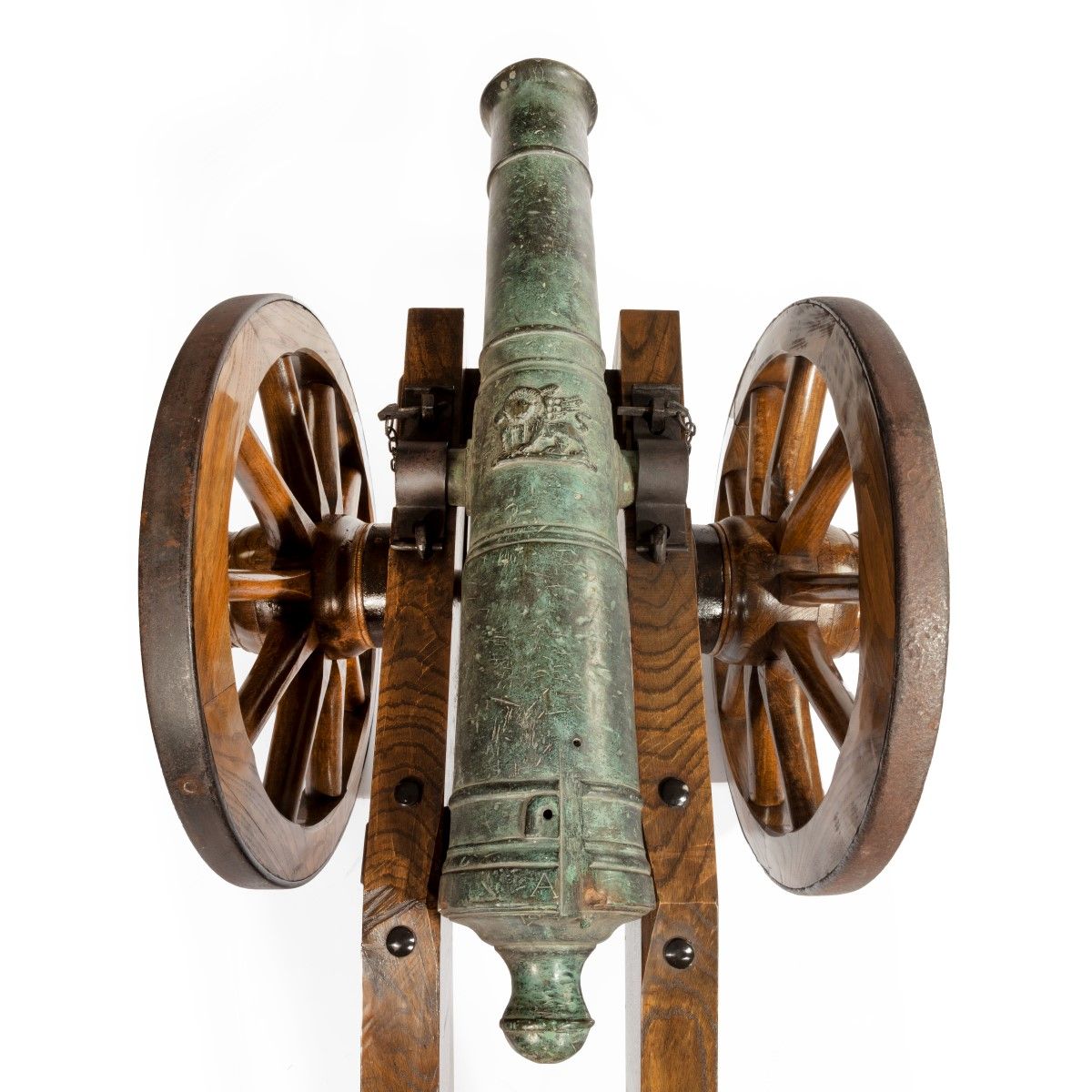 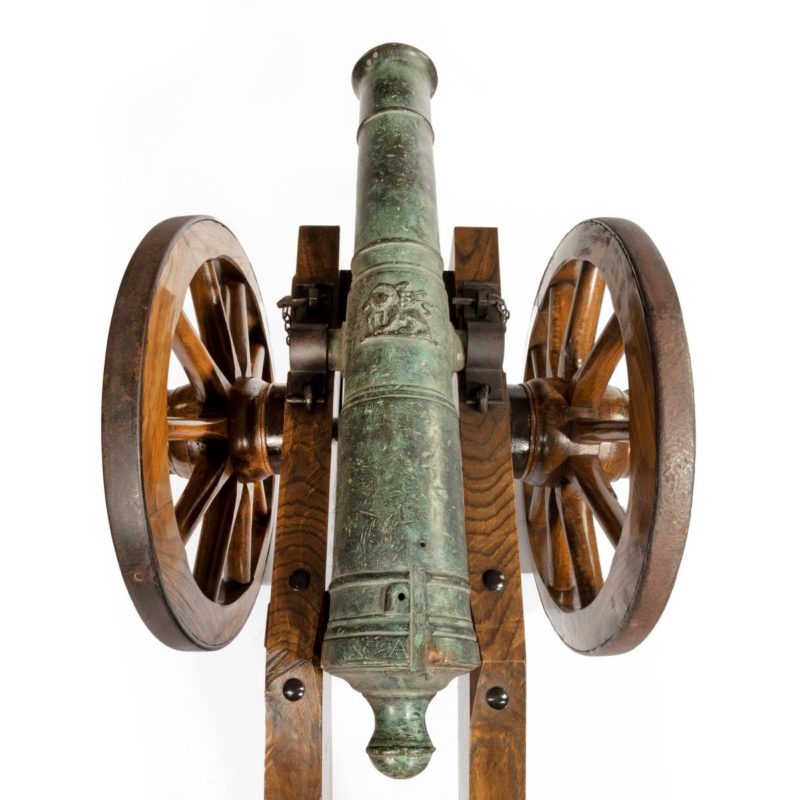 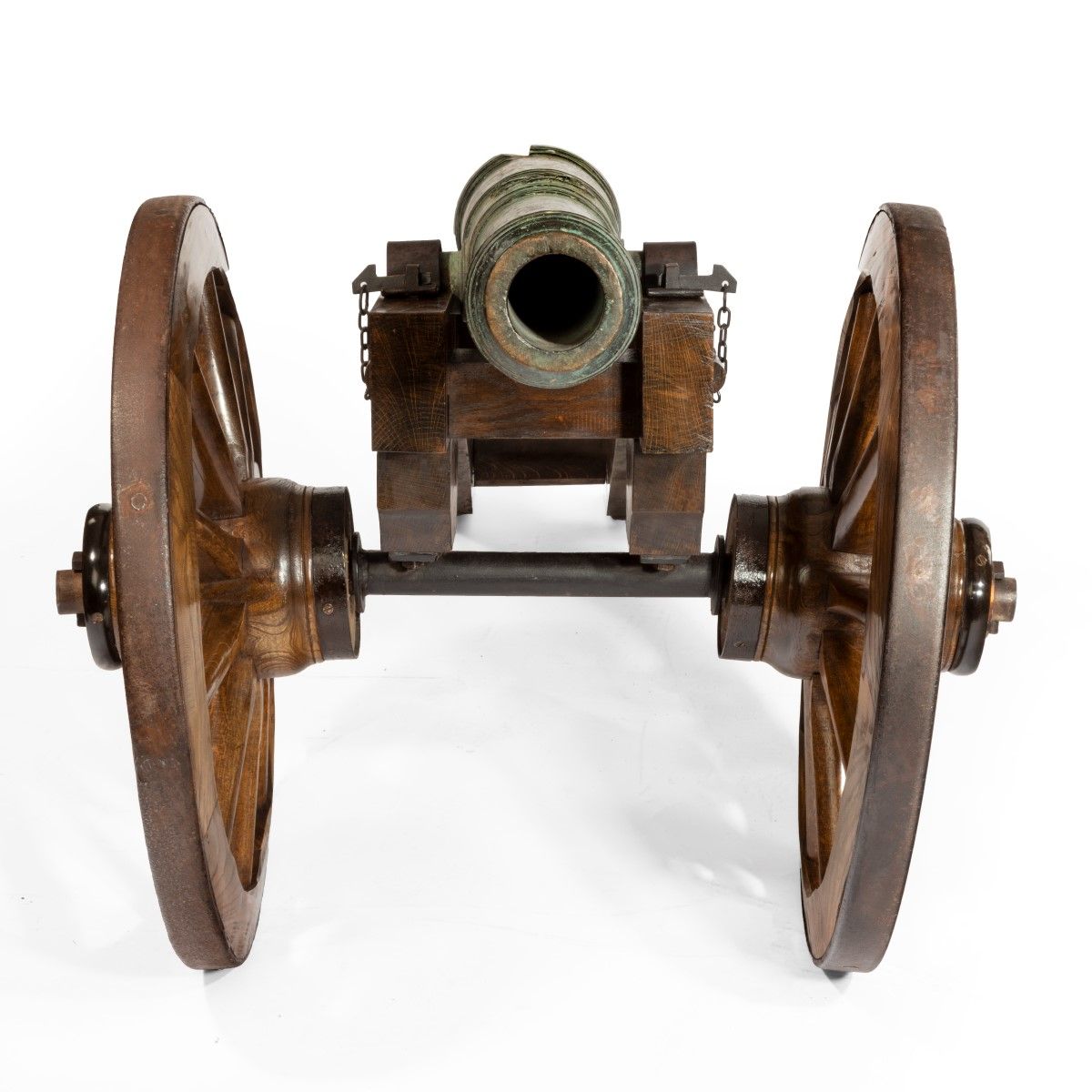 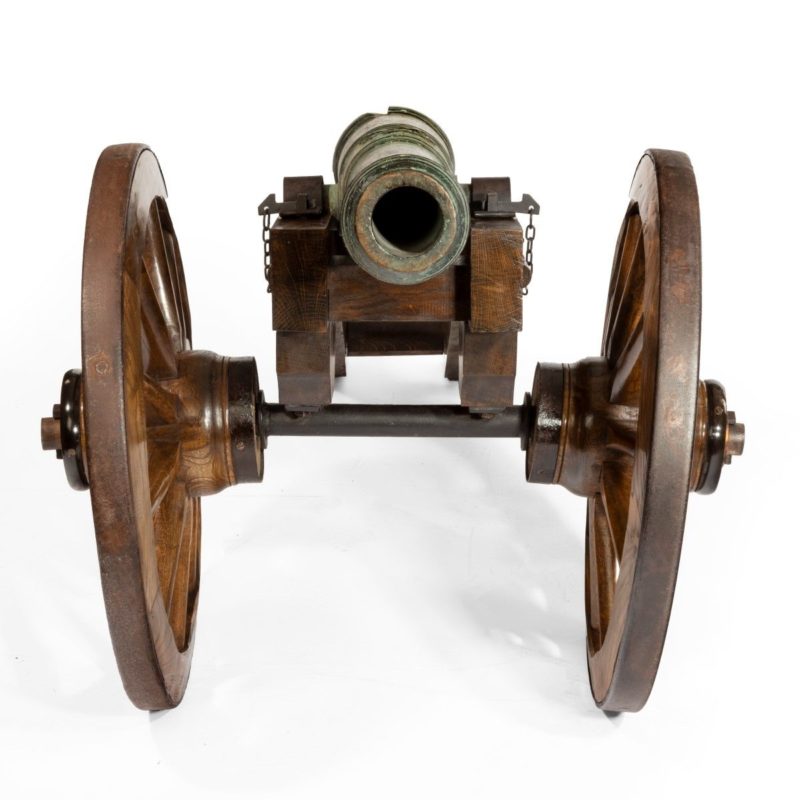 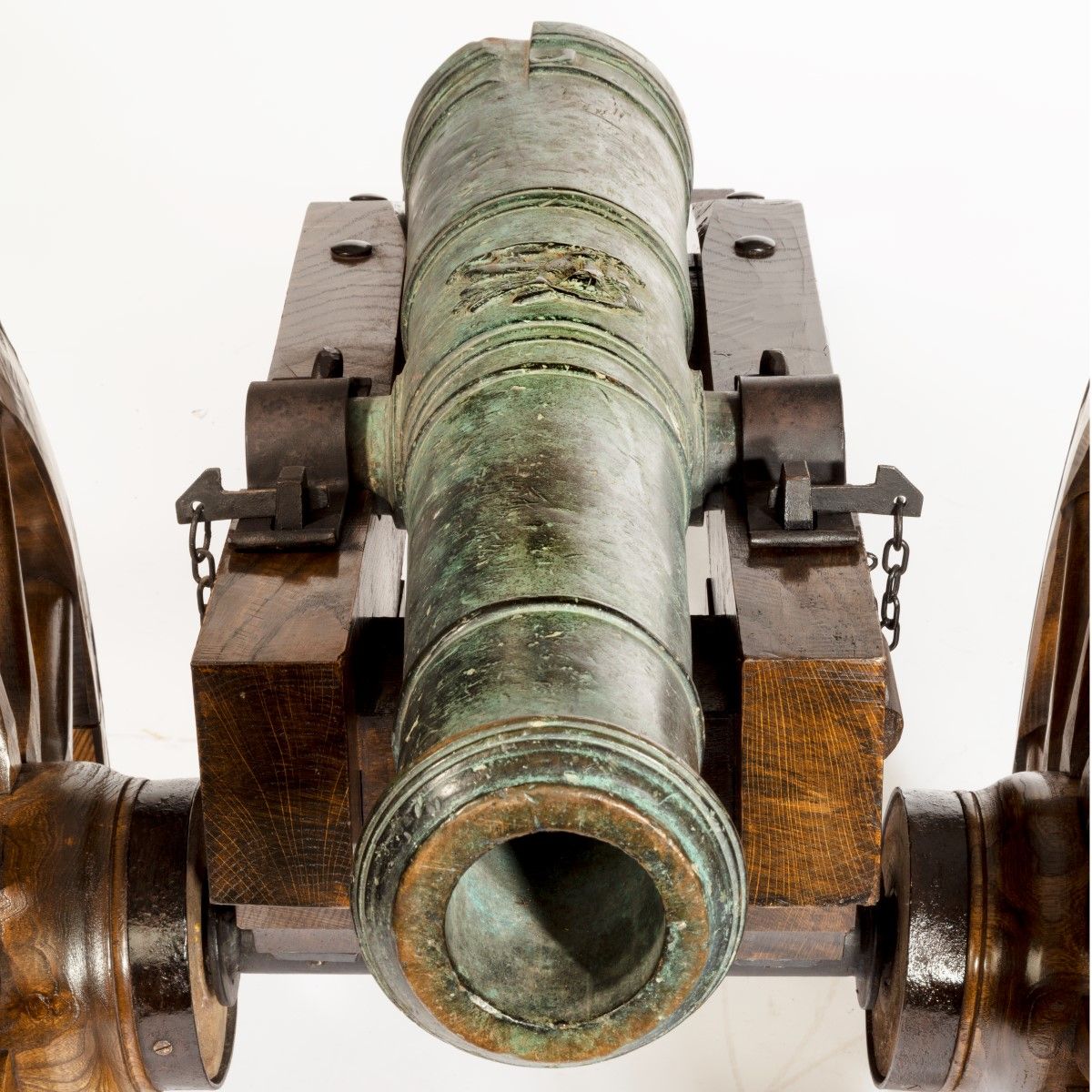 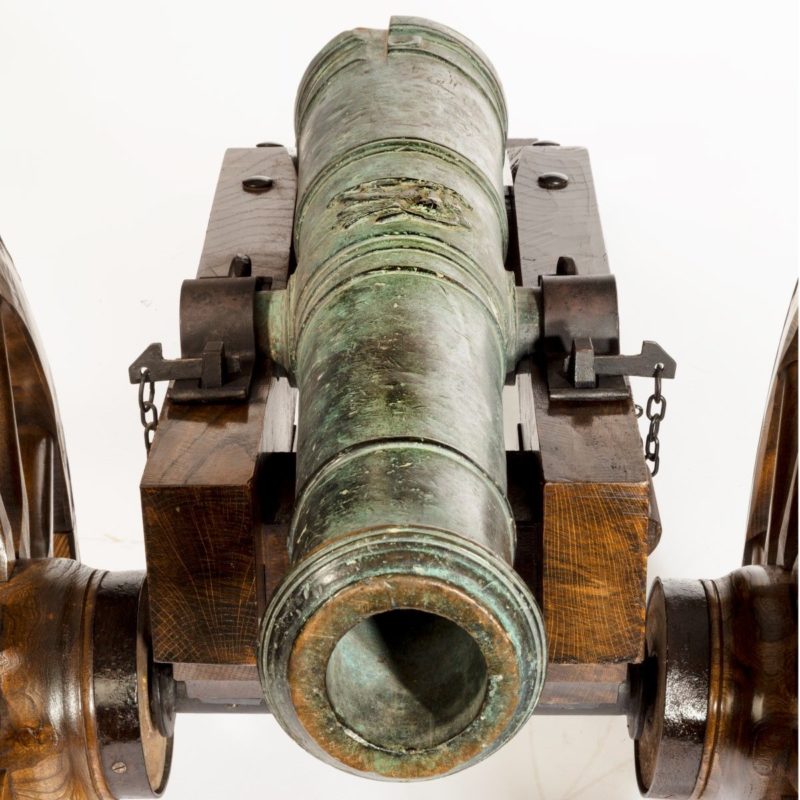 A rare pair of early 18th century Venetian Cannon, cast in bronze, with the insignia of the Lion of St Mark on the barrels, mounted on later carriages. Venice, circa 1720.

Footnote: The Venetians organised the production of cannons primarily at Clanezzo, near Bergamo, taking their designs from the Ottoman Empire, who, at the time were the leaders in cannon manufacture.