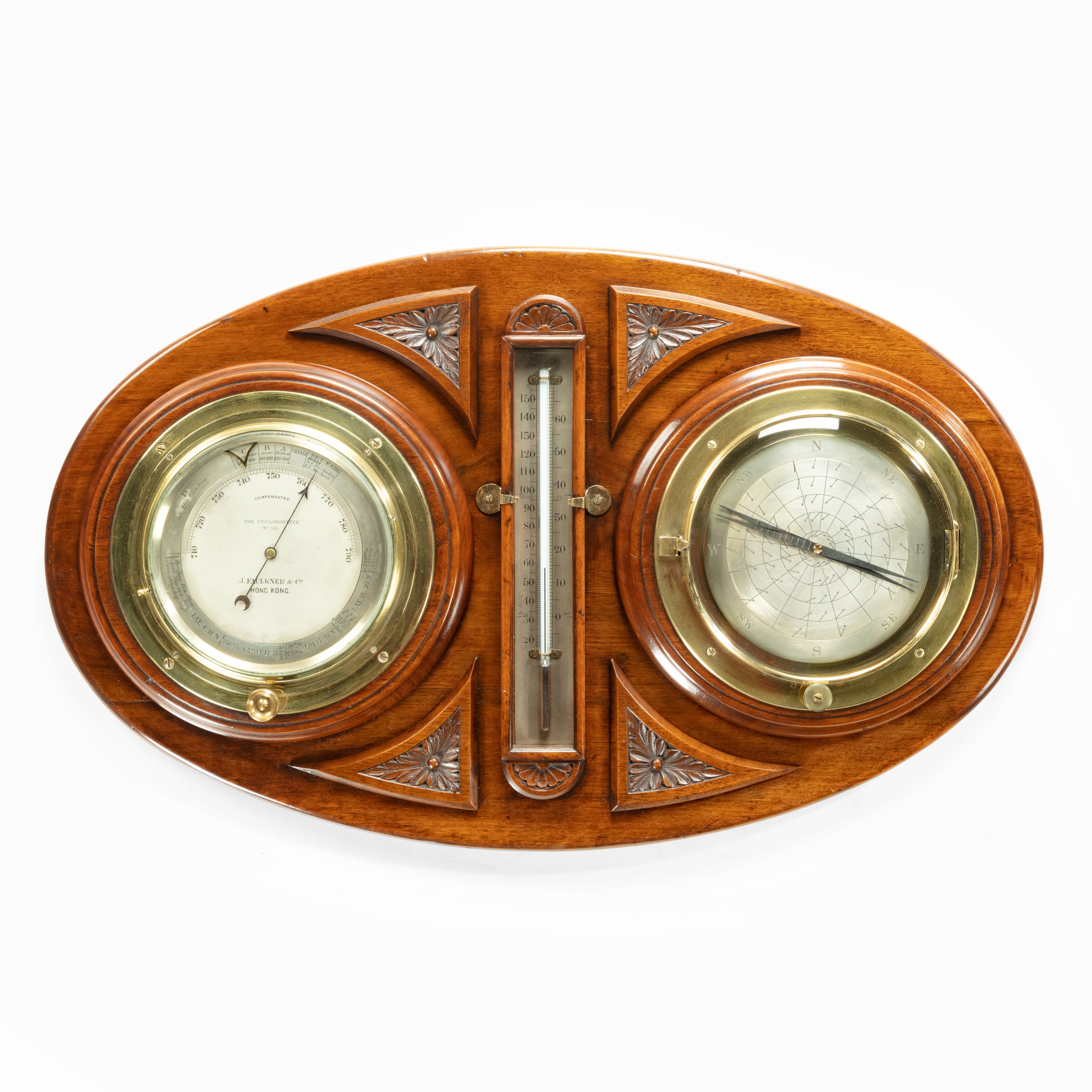 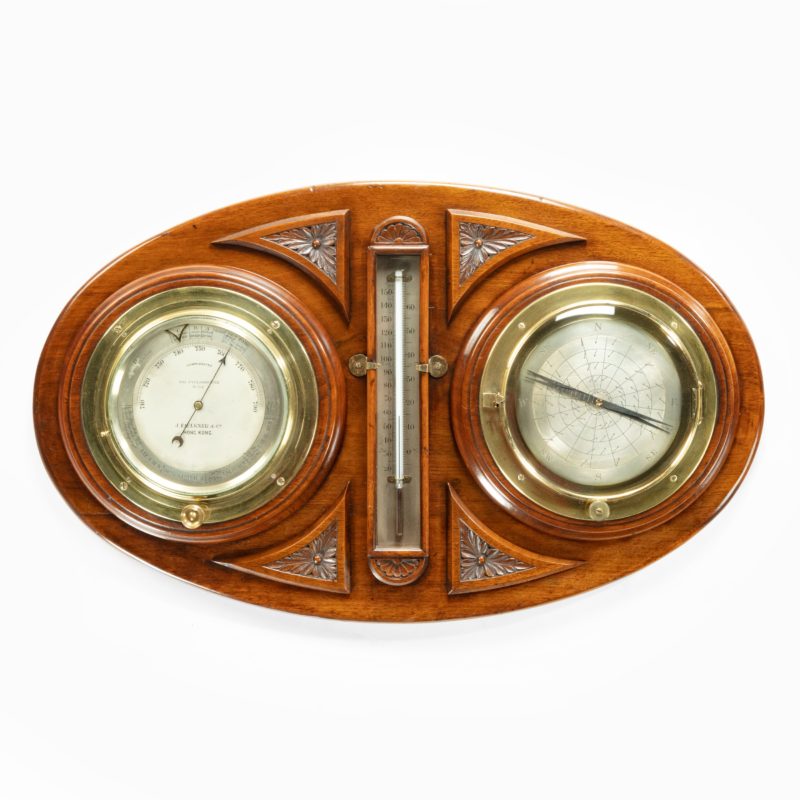 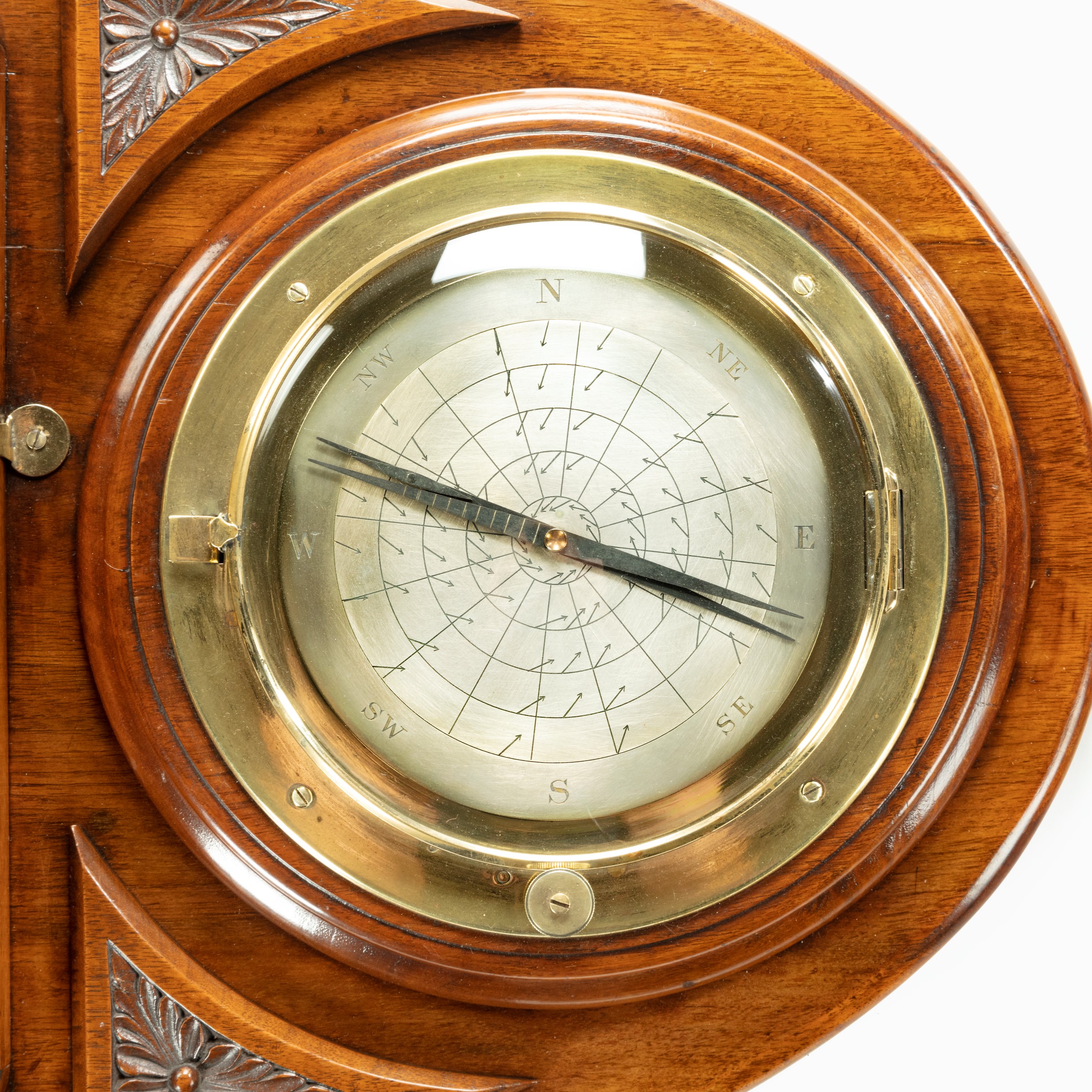 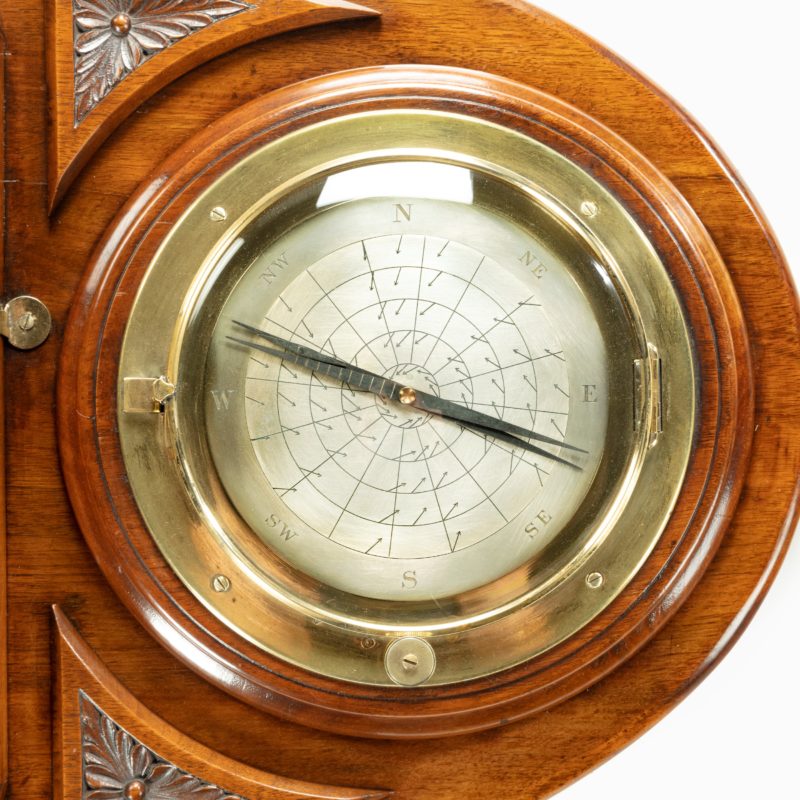 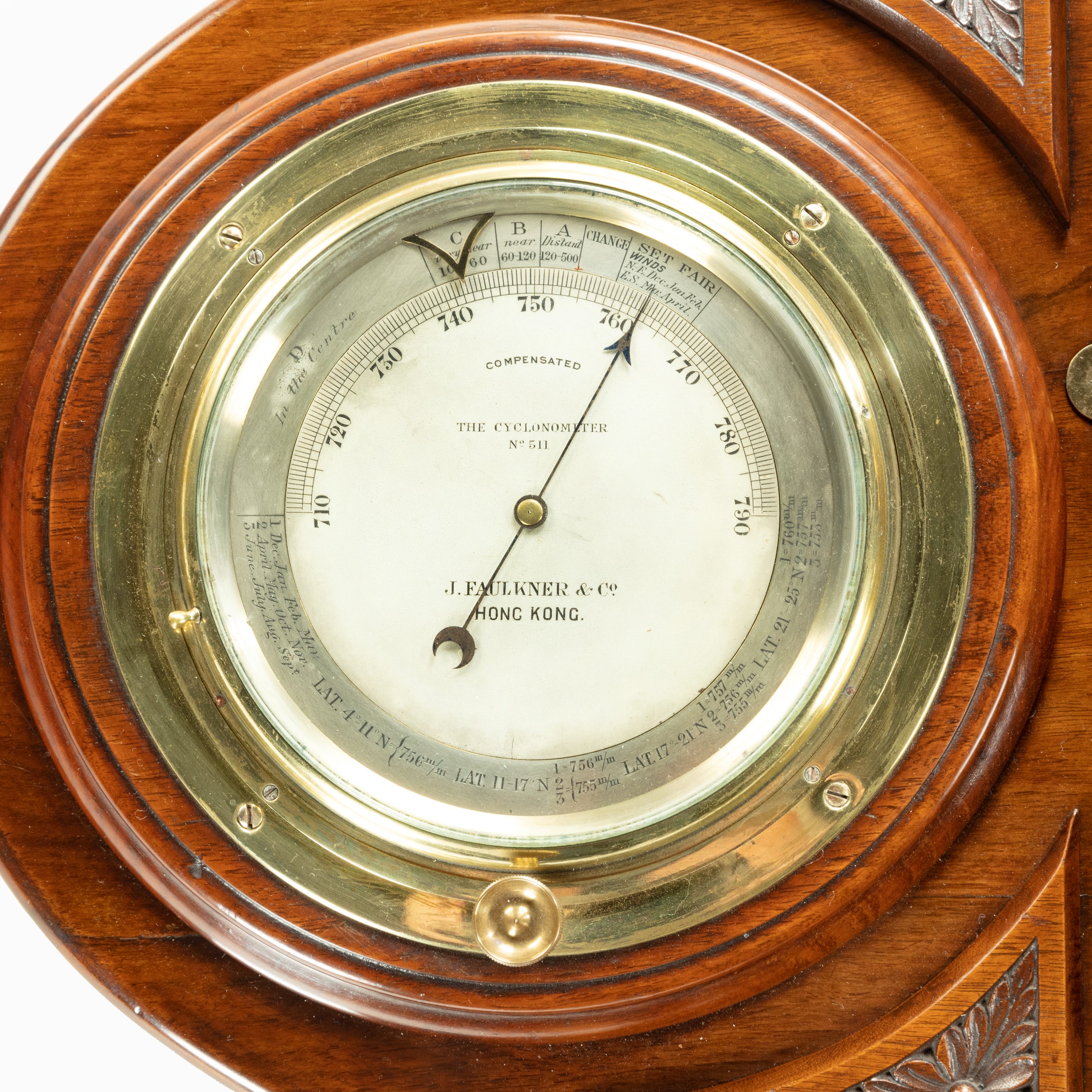 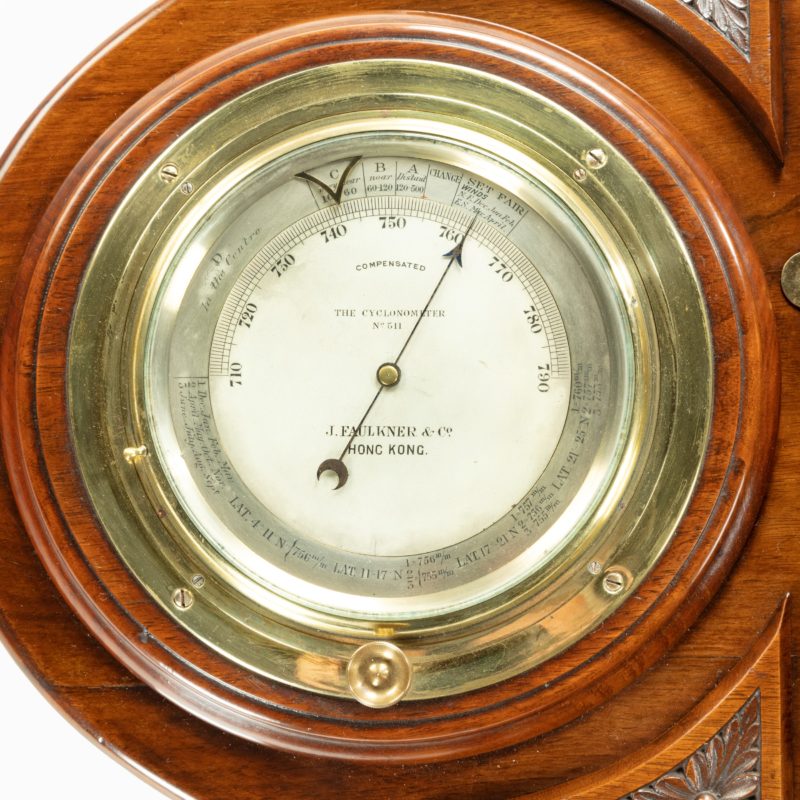 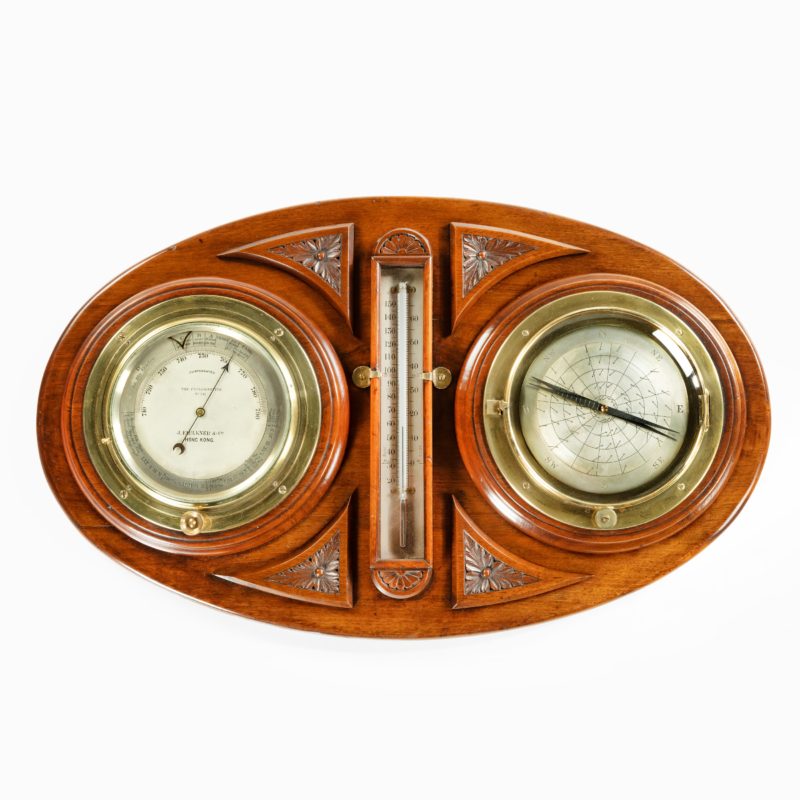 A rare walnut barocyclonometer by J Faulkner & Co, Hong Kong, the oval backboard with a central thermometer flanked by two silvered dials, the barometer on the left showing air pressure and the dial on the right with the points of the compass around radiating segments incised with a profusion of arrows representing the movement of a tropical cyclone.  The barometer incised  J Faulkner, Hong Kong. Circa 1910.

The inventor of this fascinating instrument (and also the nephroscope) was the Jesuit priest Jose Maria Algue (1856-1930) who worked as a meteorologist in the Observatory of Manila and released his first publication on his instrument in 1898.  He was made an honorary membership of The Royal Society and the Pontificia Accademia Romana.  The US Navy eventually adopted the barocyclonometer as standard in their warships around the start of the First World War.