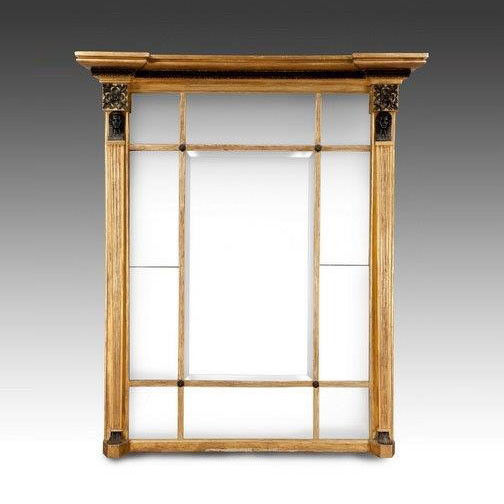 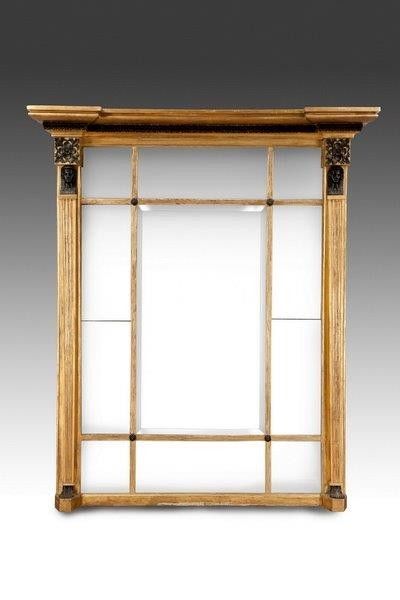 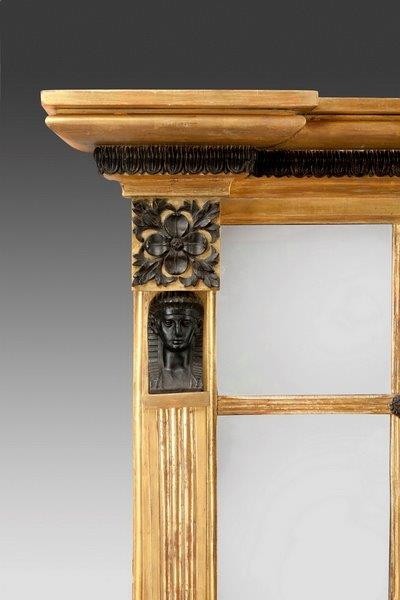 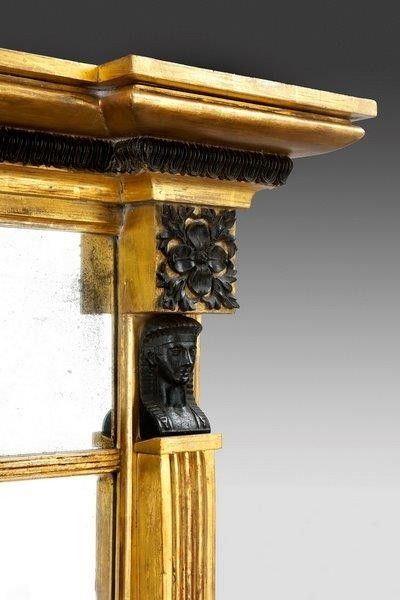 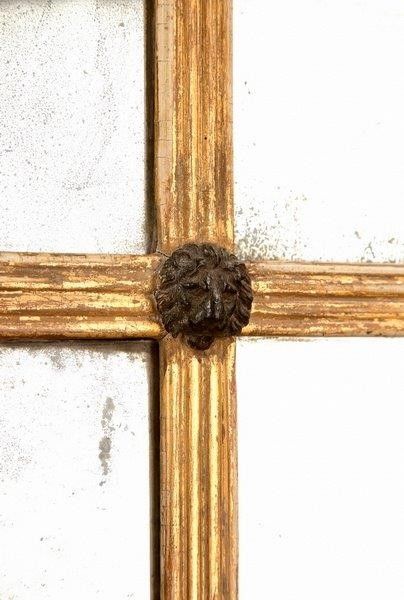 This attractive mirror retains all its original plates including the bevelled central plate and the six long and four square mirrors which surround it. The gilt frame has a stepped cornice edged with a bronze egg-and-dart moulding. The sides consist of two reeded pilasters terminating in bronze pharaoh masks and paired feet. English, circa 1810.

Georgie Fame (born Clive Powell 26th June, 1943, Leigh, Lancashire) is a British rhythm and blues artist, jazz singer and keyboard player. The one-time rock and roll tour musician, who had a string of 1960’s hits, is still a popular performer. His career began at Butlins Holiday Camp, Pwllheli and his first band was called the Dominoes. Later, working in Soho with Cat Stevens and on the Motown review tour with the Supremes, Stevie Wonder and Martha Reeves and the Vandellas, he was heavily influenced by American Jazz and blues music. Ronan O’Rahilly, Fame’s manager at the time, claims that he started the offshore pirate radio station, Radio Caroline in 1964, to promote Fame’s records which he could not get played on English radio. Fame has collaborated with some of the most successful performers in the world of popular music, most recently Van Morrison, Count Basie, Eric Clapton and as a founding member of Bill Wyman’s Rhythm Kings. Last year he performed a benefit concert at the Twickenham Stadium with his two sons on guitar and drums.

Provenance: Formerly in the possession of Georgie Fame.