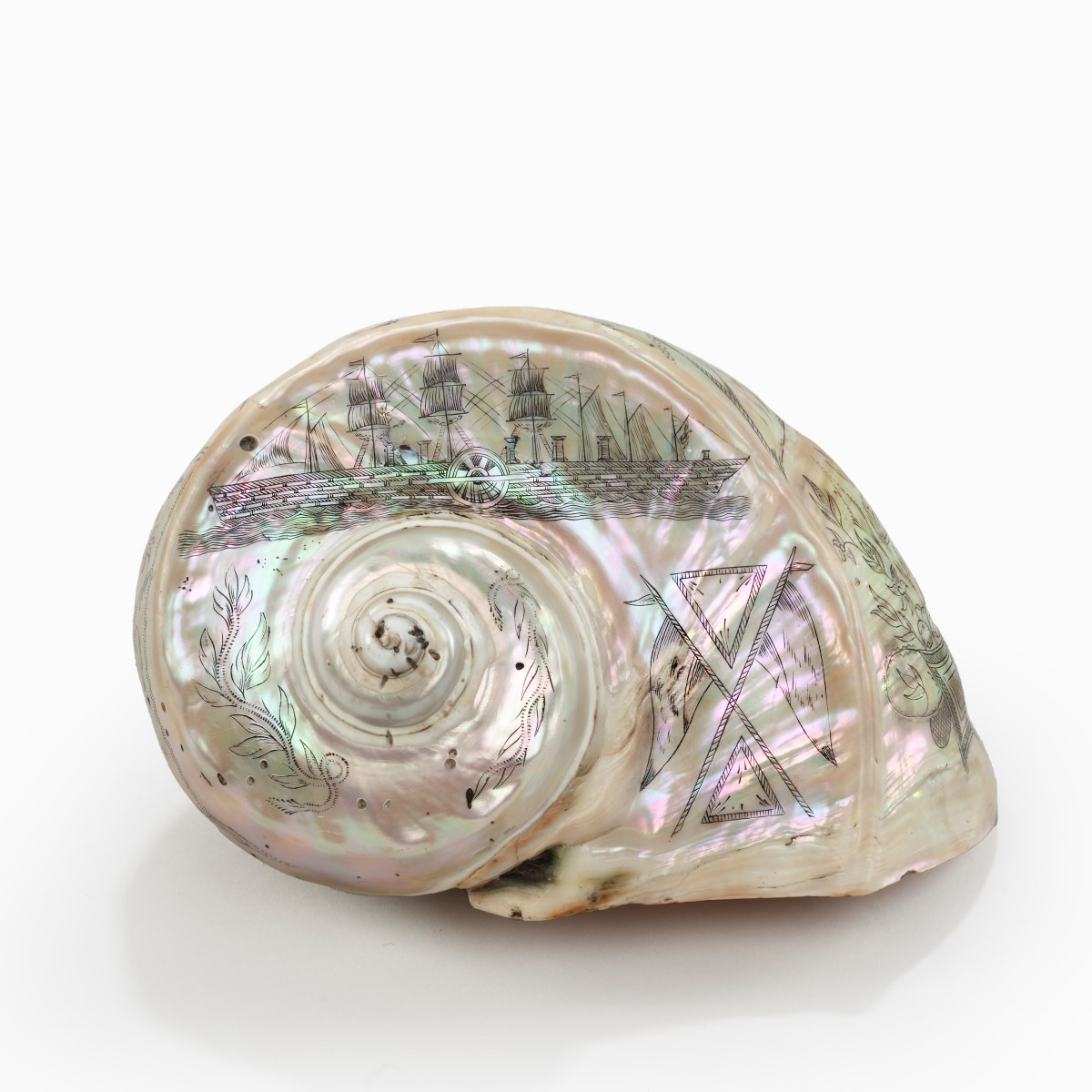 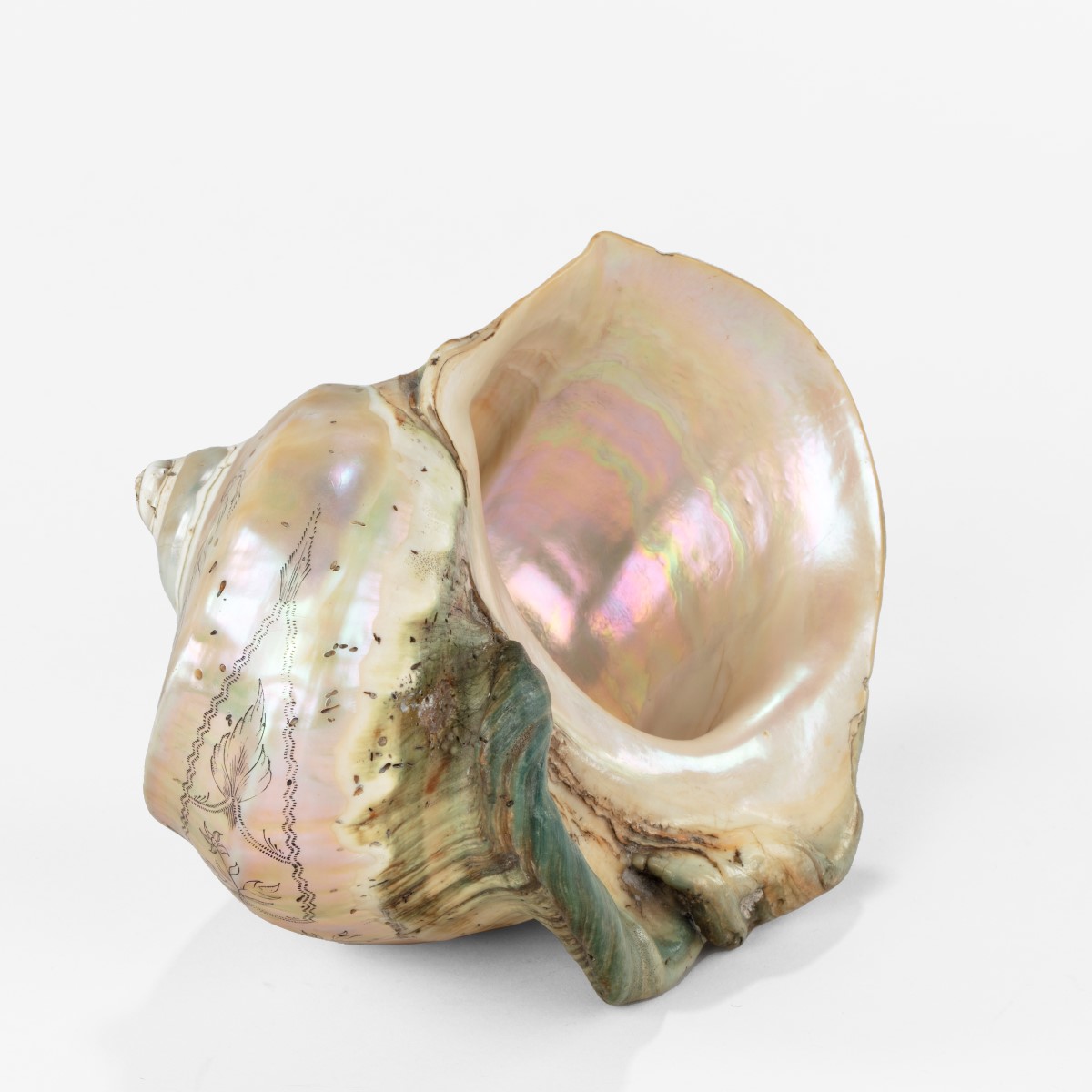 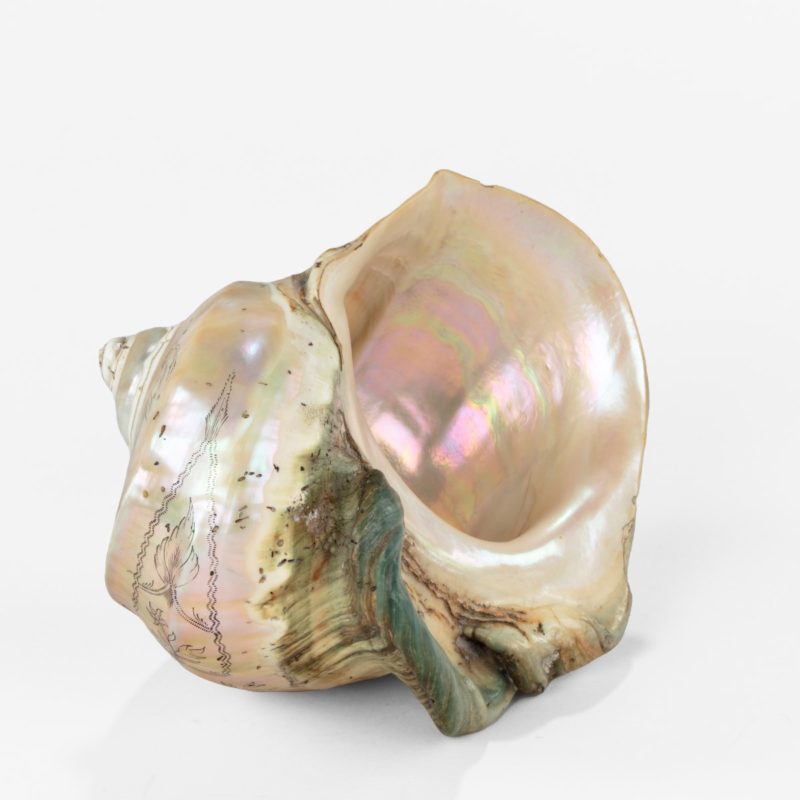 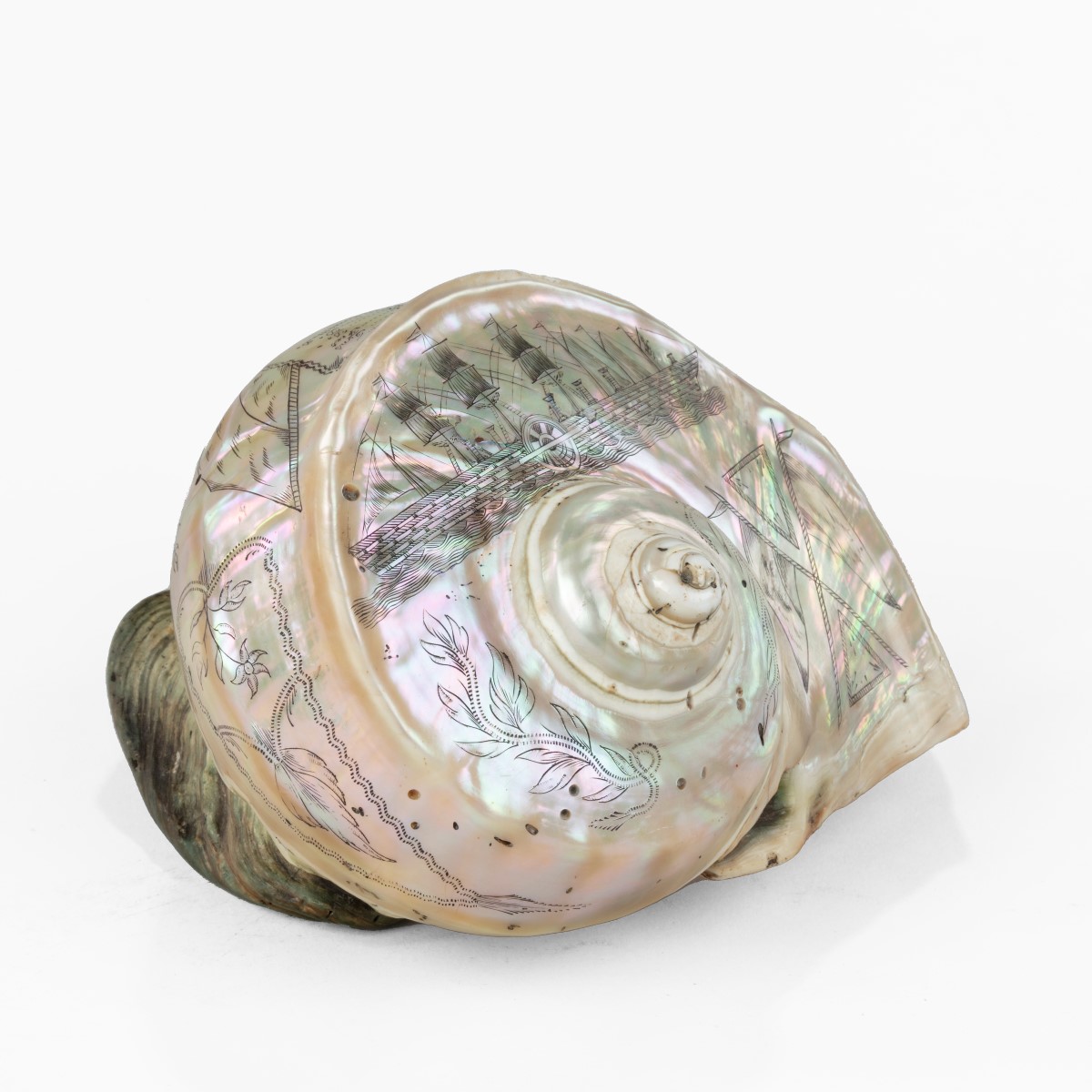 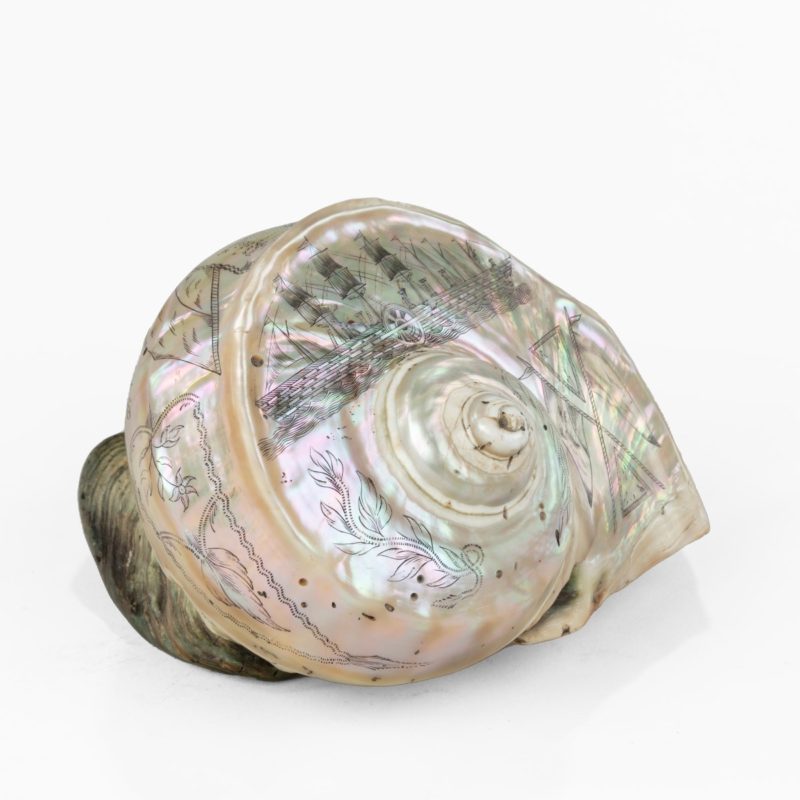 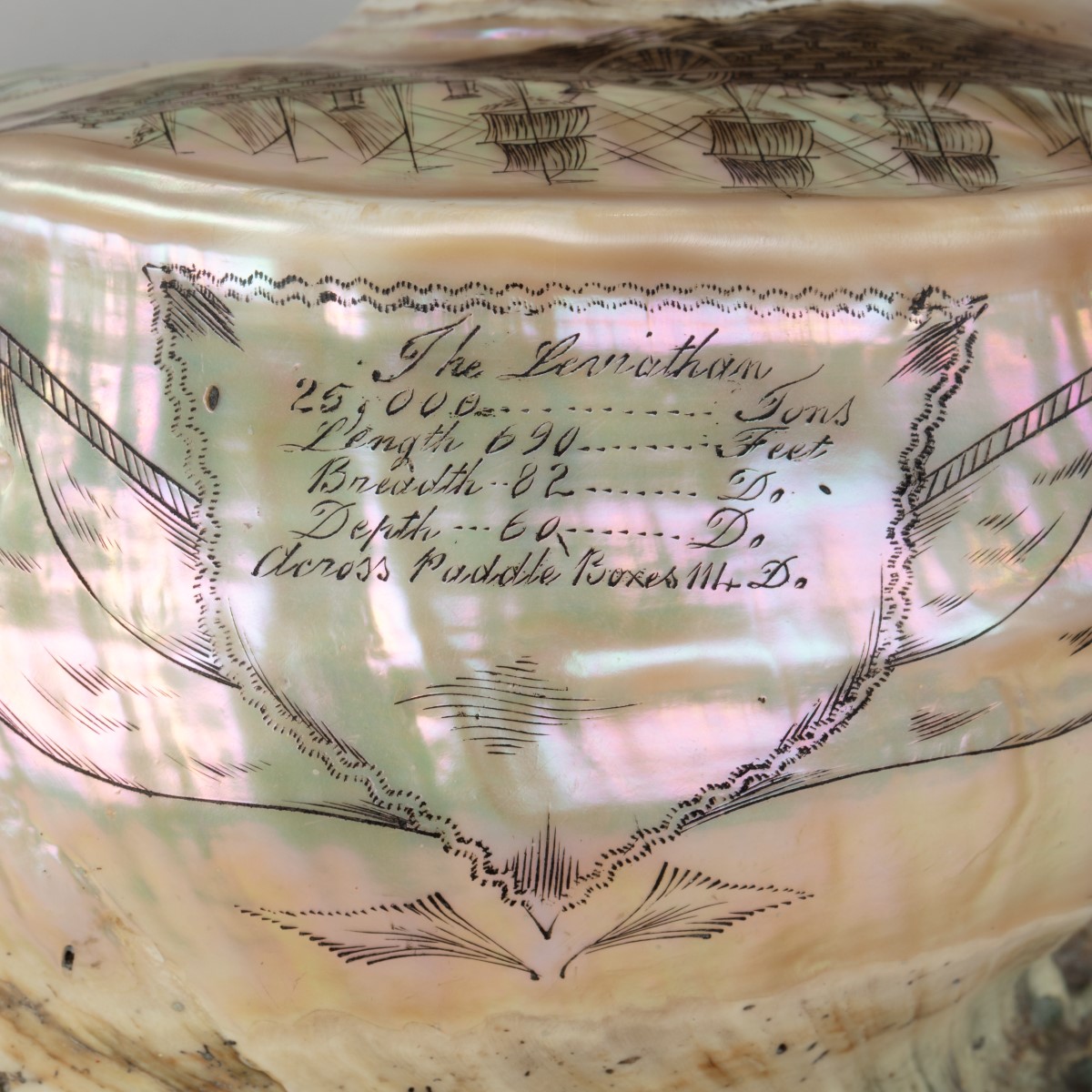 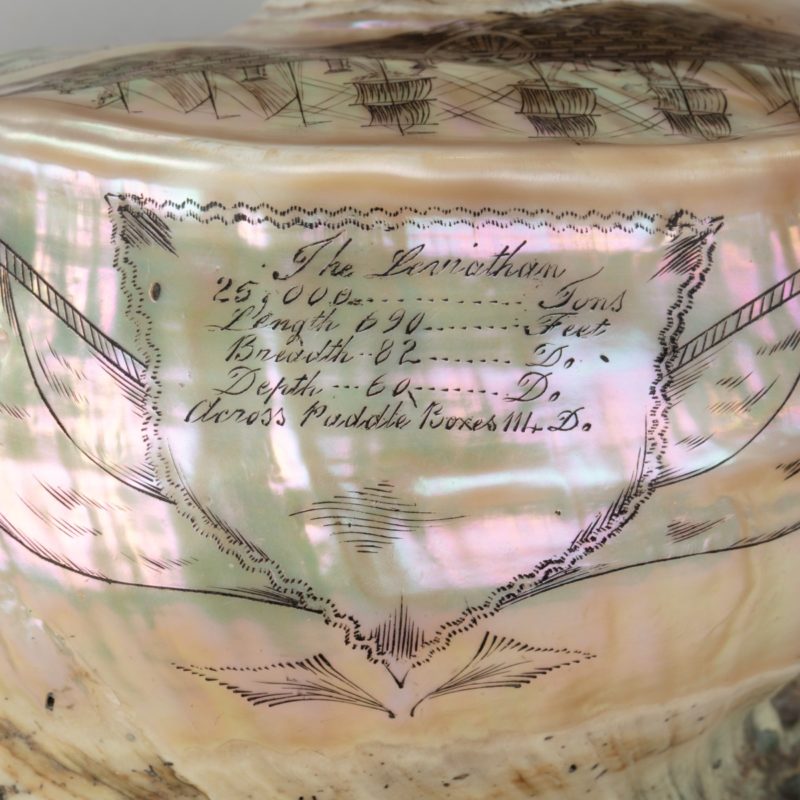 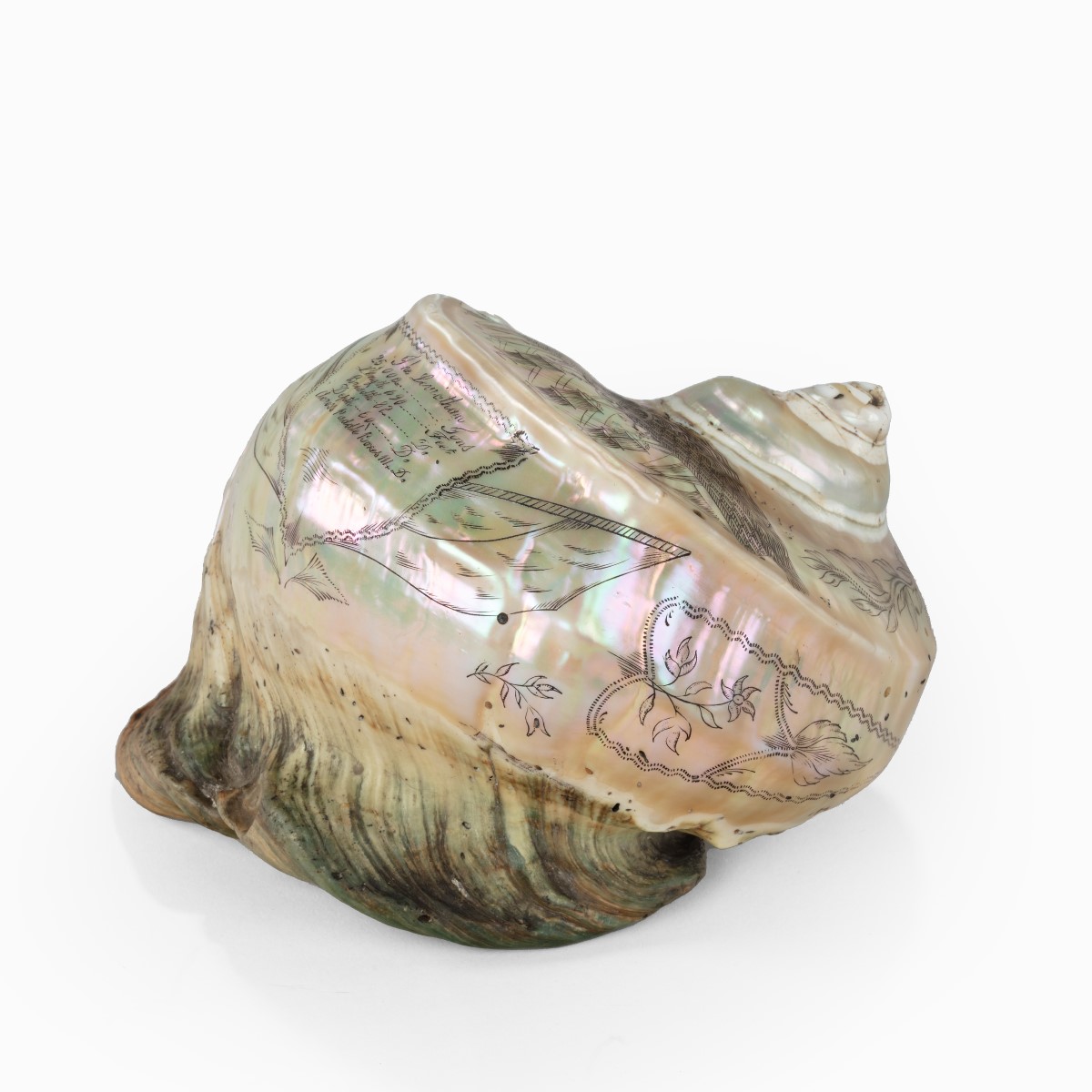 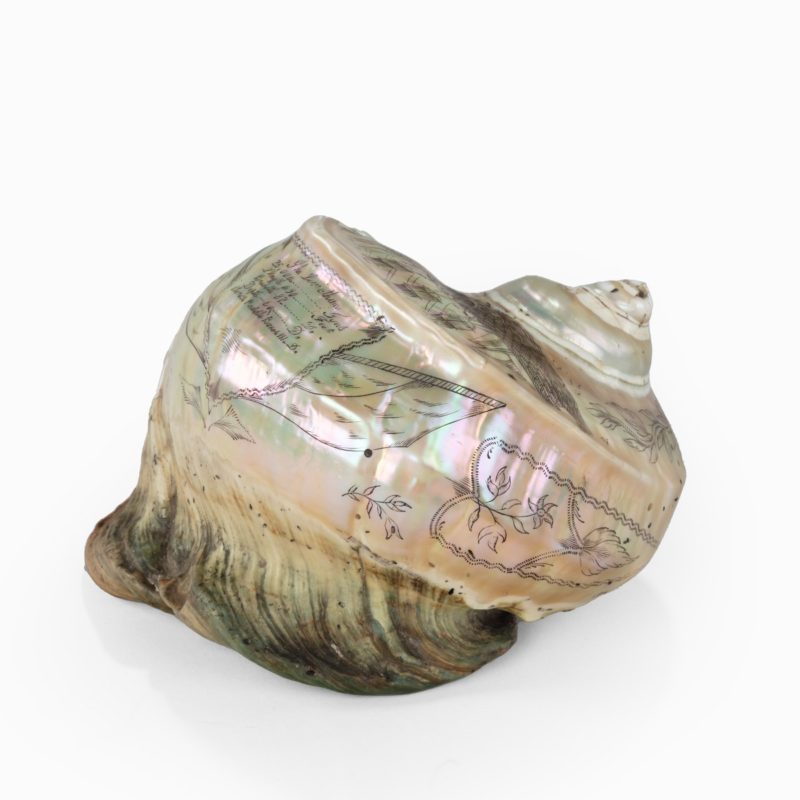 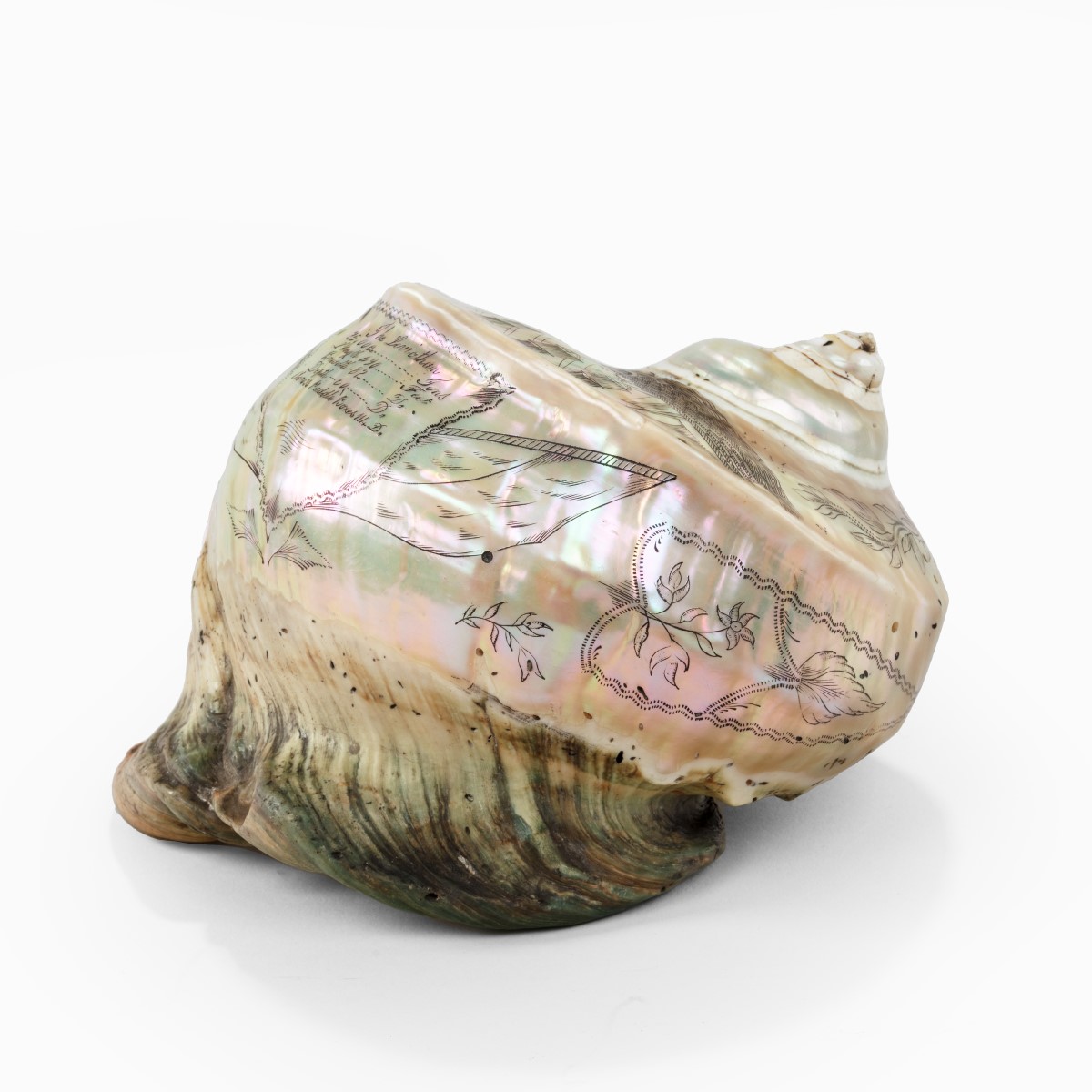 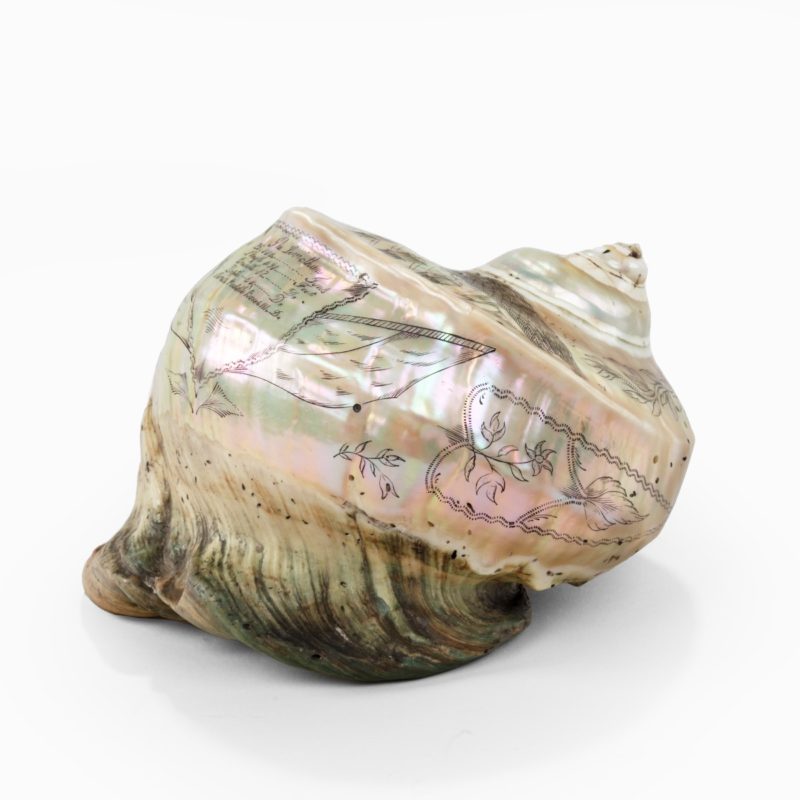 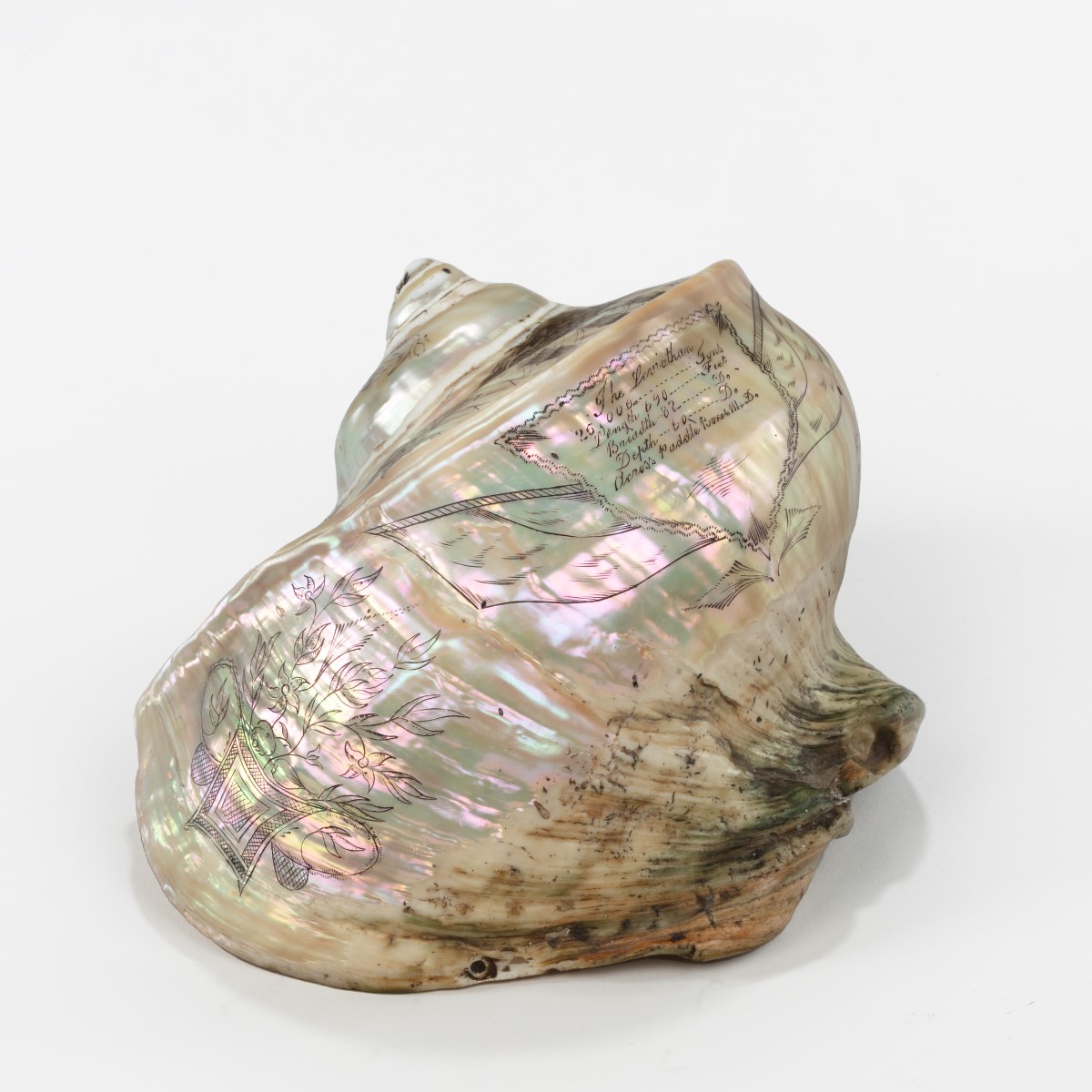 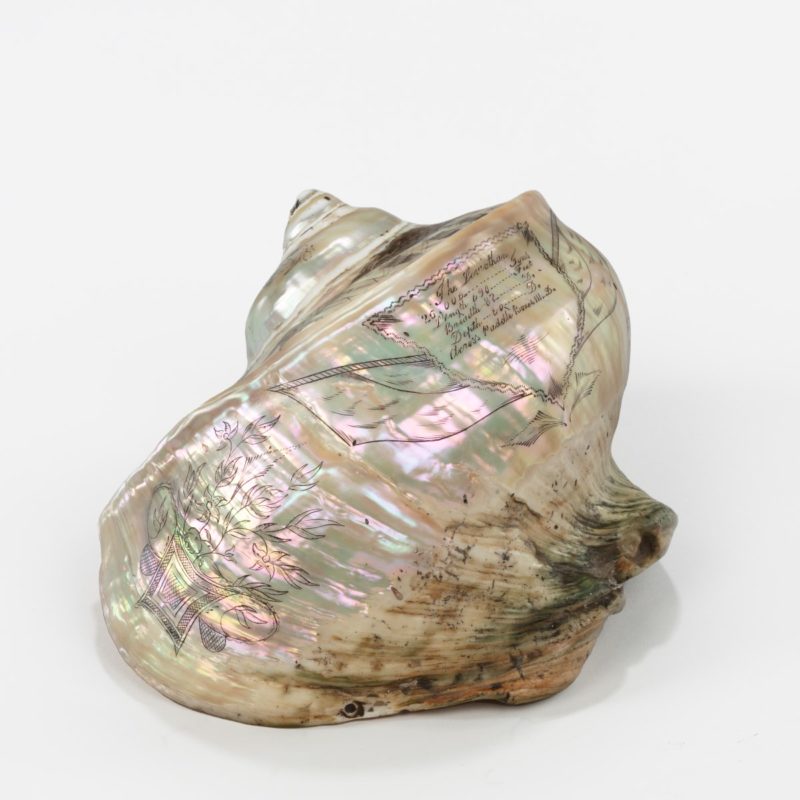 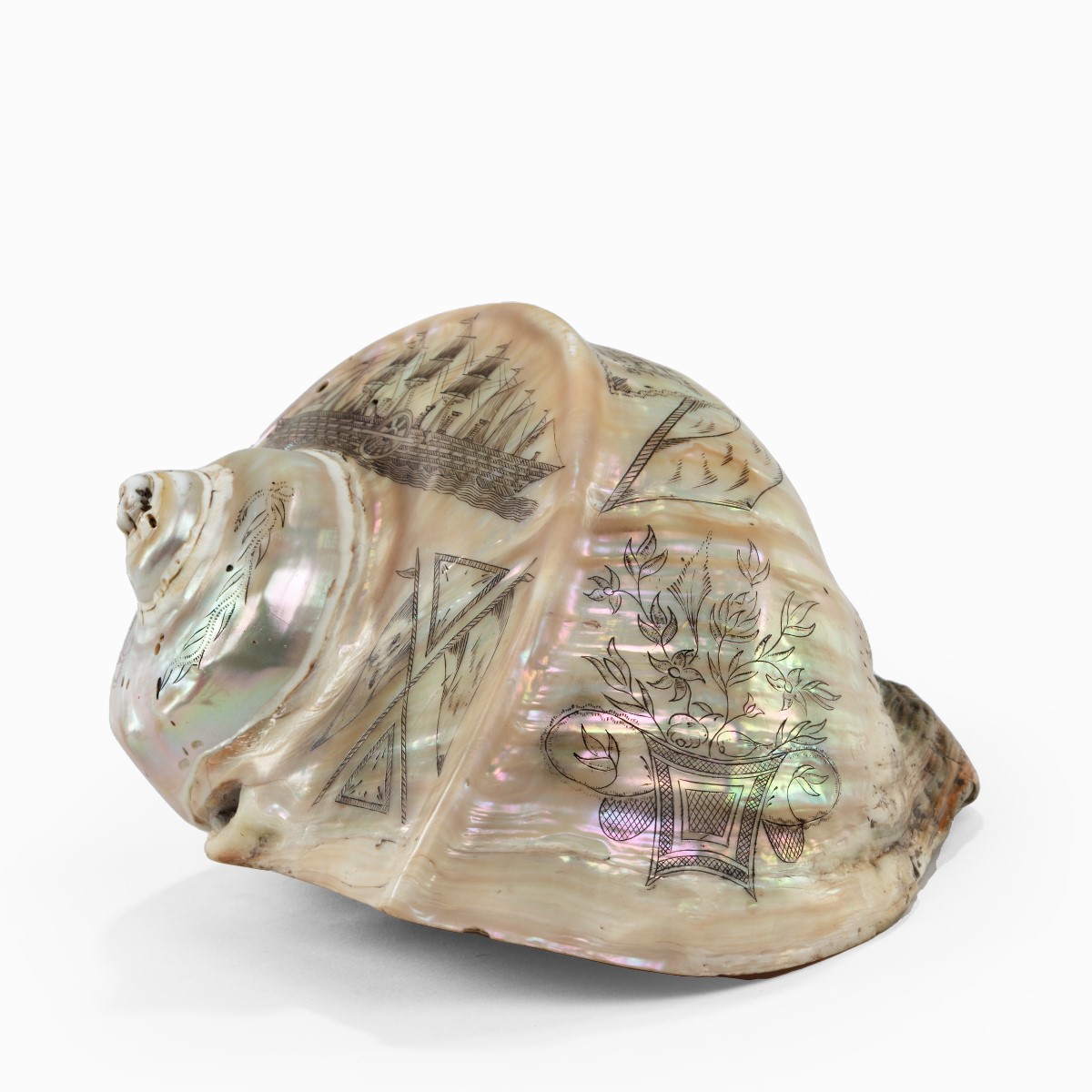 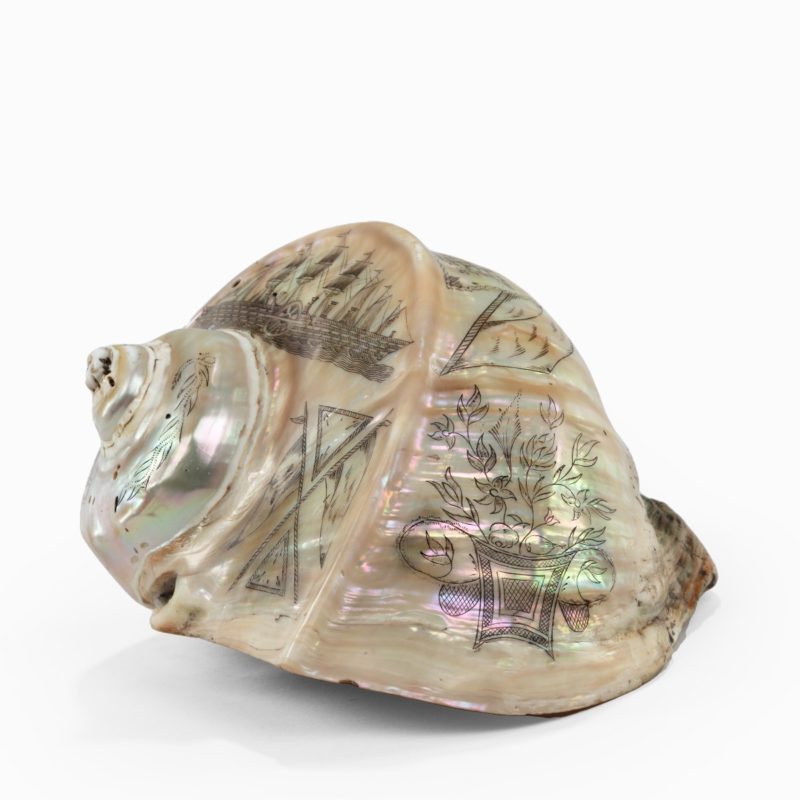 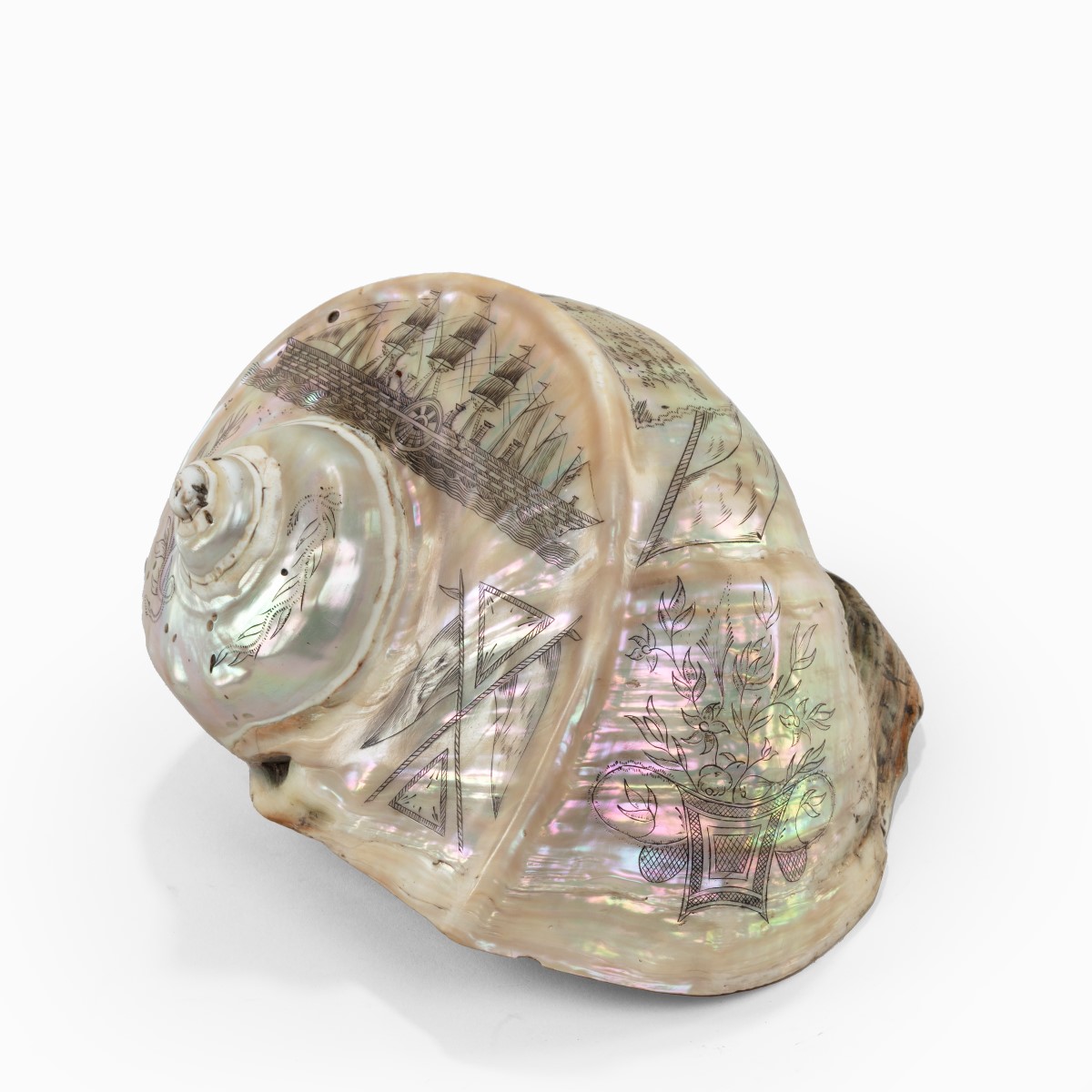 A scrimshaw turban shell carved with the Leviathan

A scrimshaw turban shell carved with the Leviathan, the polished mother-of-pearl shell incised throughout in black penwork with a full-width image of the paddle-steamer ‘Leviathan’ against decorative floral scrolls, vases and flags, a panel on the back within the outline of a ship’s stern reads ‘The Leviathan  25,000 tons, Length  690 feet, Breadth  82 Do., Depth  60 Do., Across paddle wheels 111 Do.’  English, circa 1858.

Originally named ‘Leviathan’ this huge ship, the brainchild of Isambard Kingdom Brunel, is more famous as the ‘SS Great Eastern’.  She was an iron sail-powered, paddle wheel and screw-propelled steamship built by John Scott Russell & Co. on the Isle of Dogs, and the largest ship ever built at the time.  She had the capacity to carry 4,000 passengers from England to Australia, via India, without refuelling.  Brunel died shortly after her maiden voyage, but she continued as a passenger ship until 1866, when she was converted to a cable-laying ship and laid the first lasting transatlantic telegraph cable in 1866.