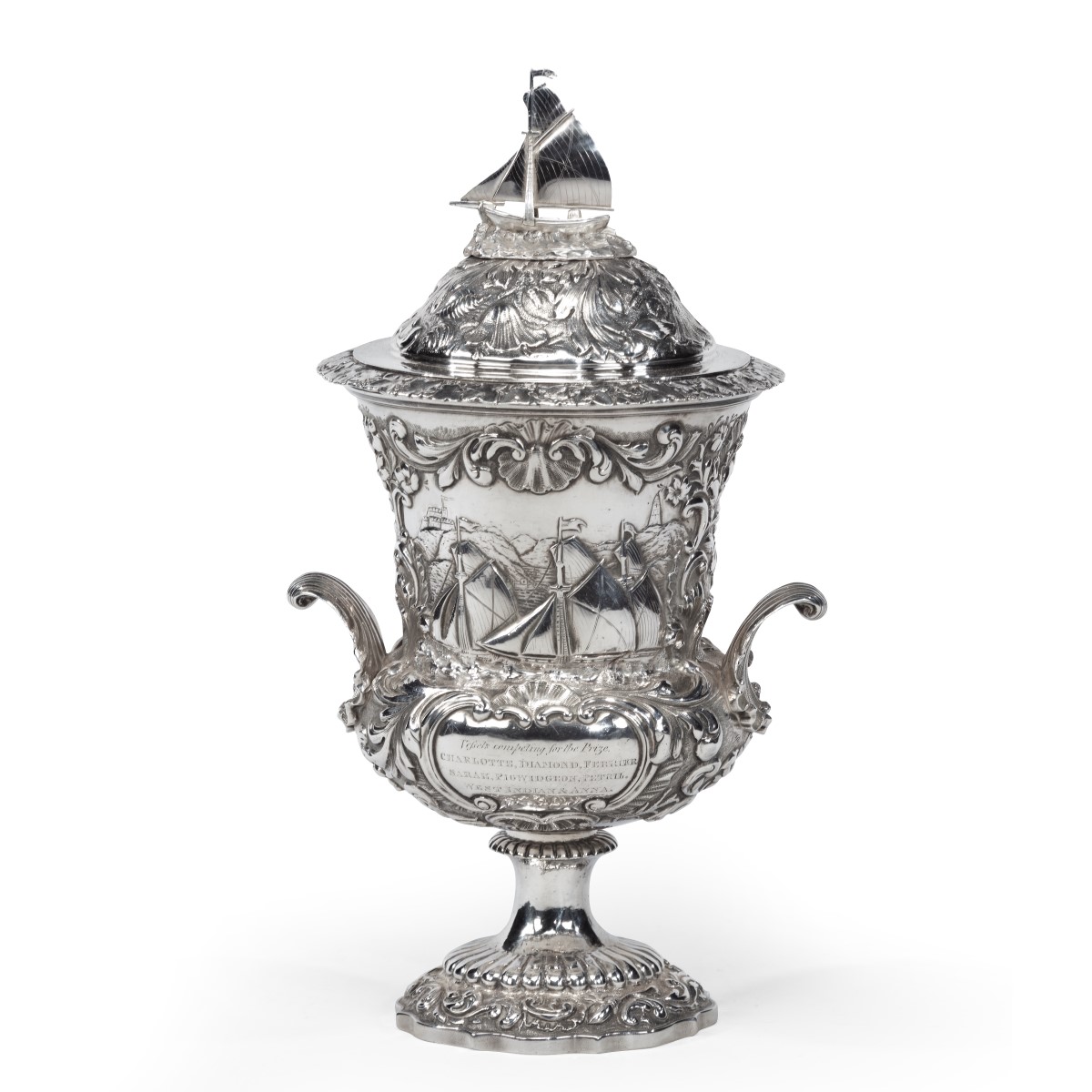 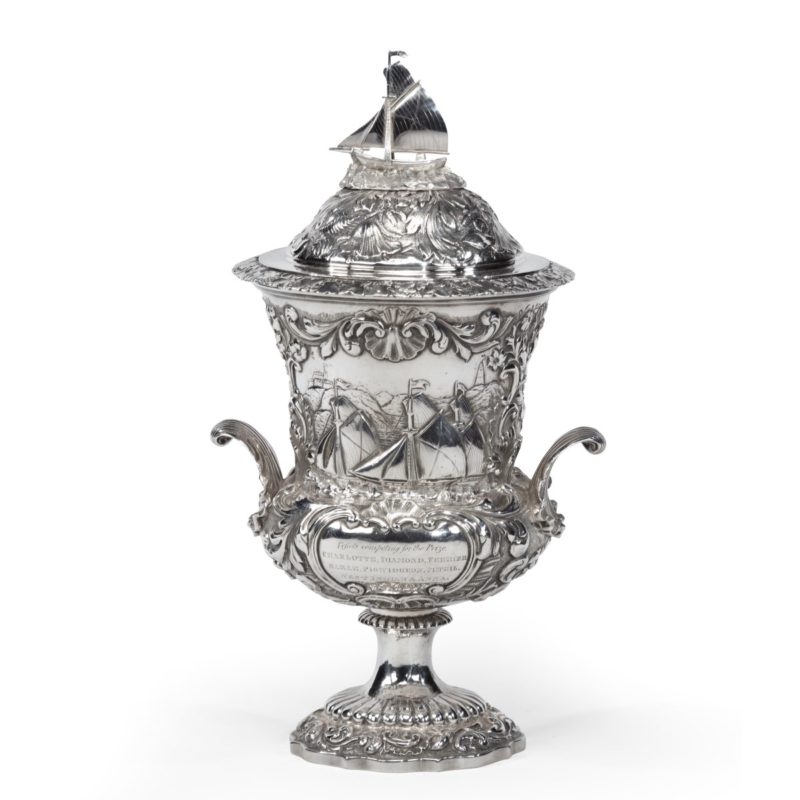 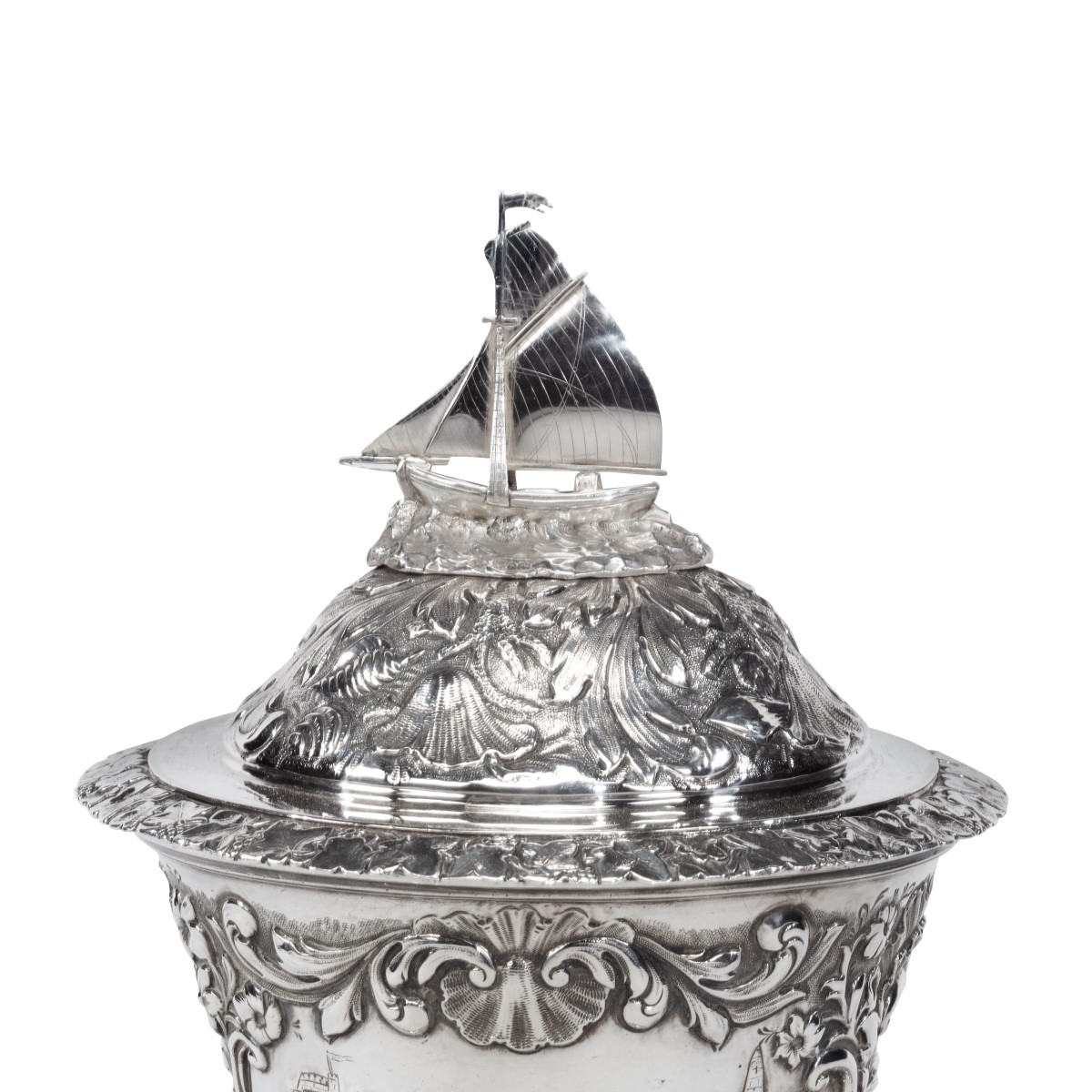 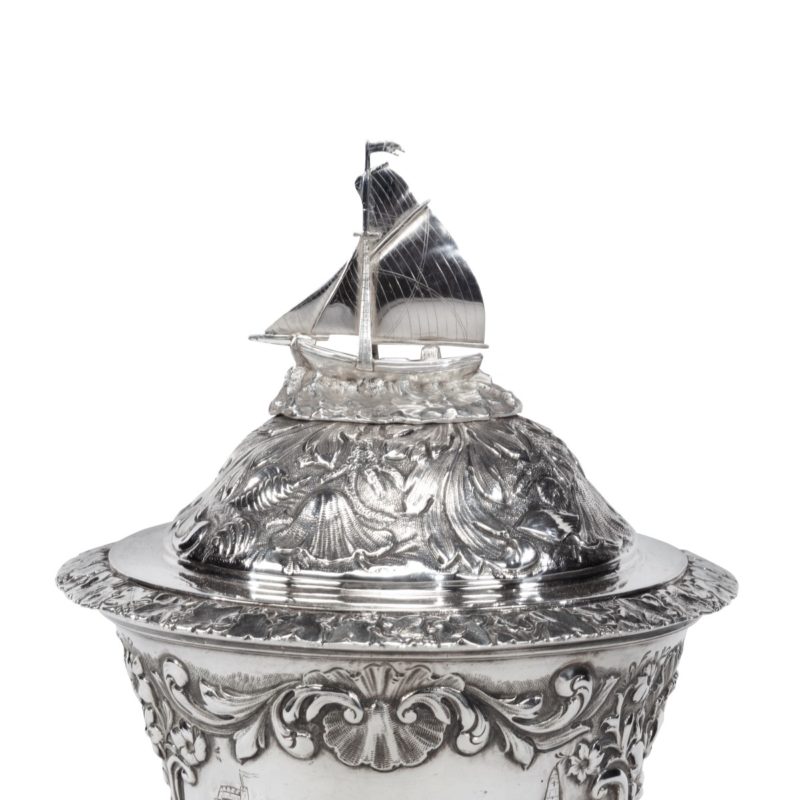 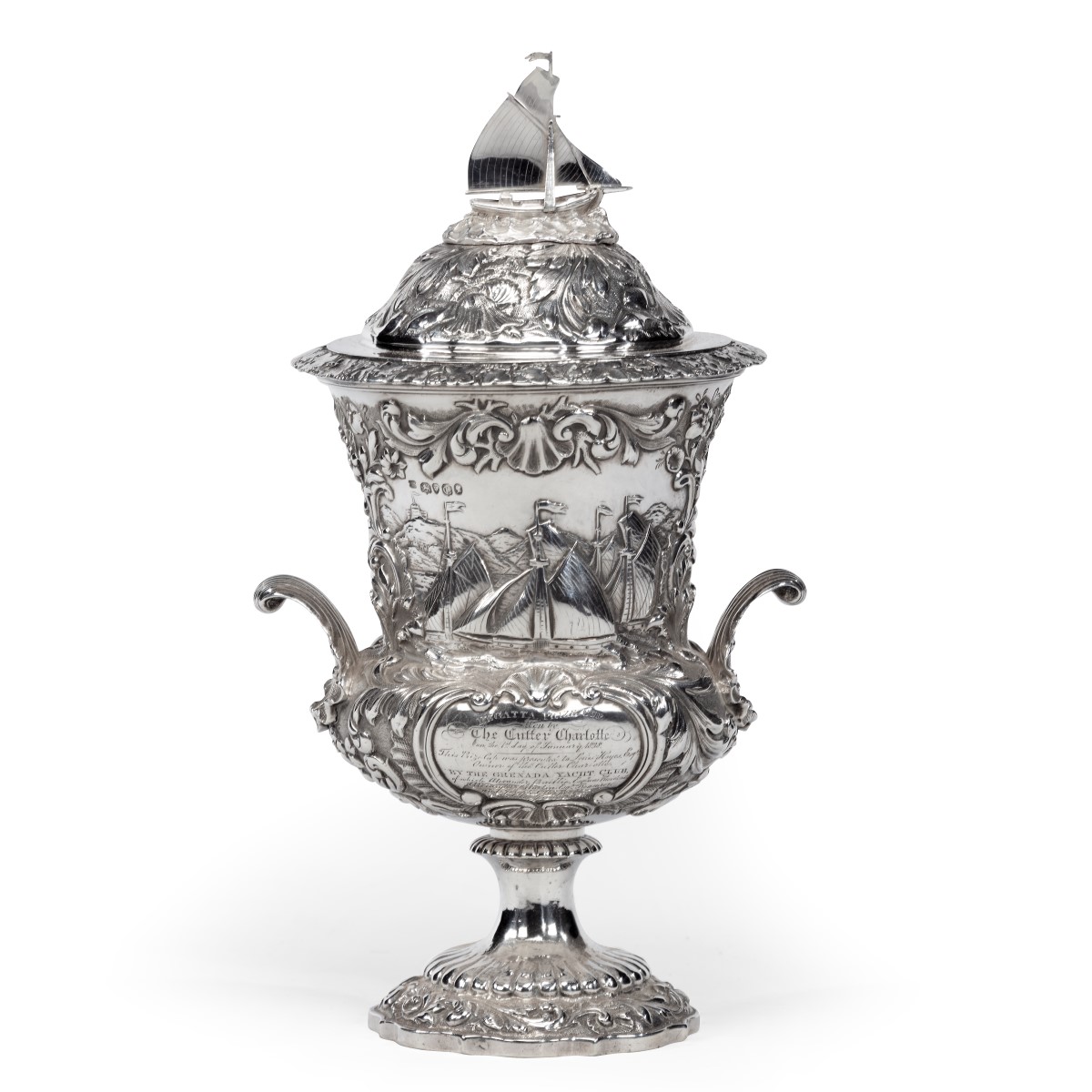 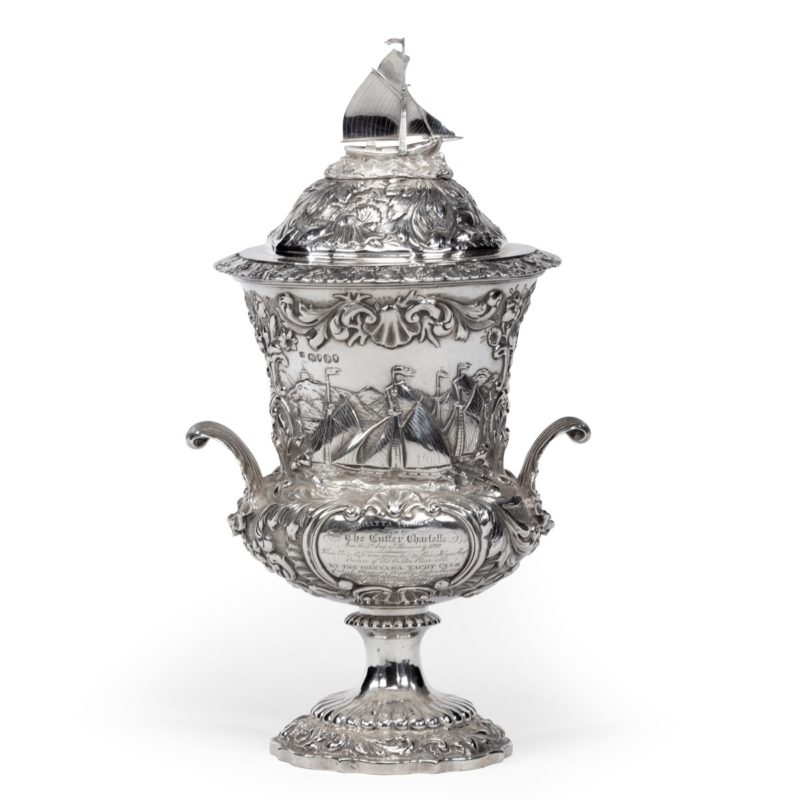 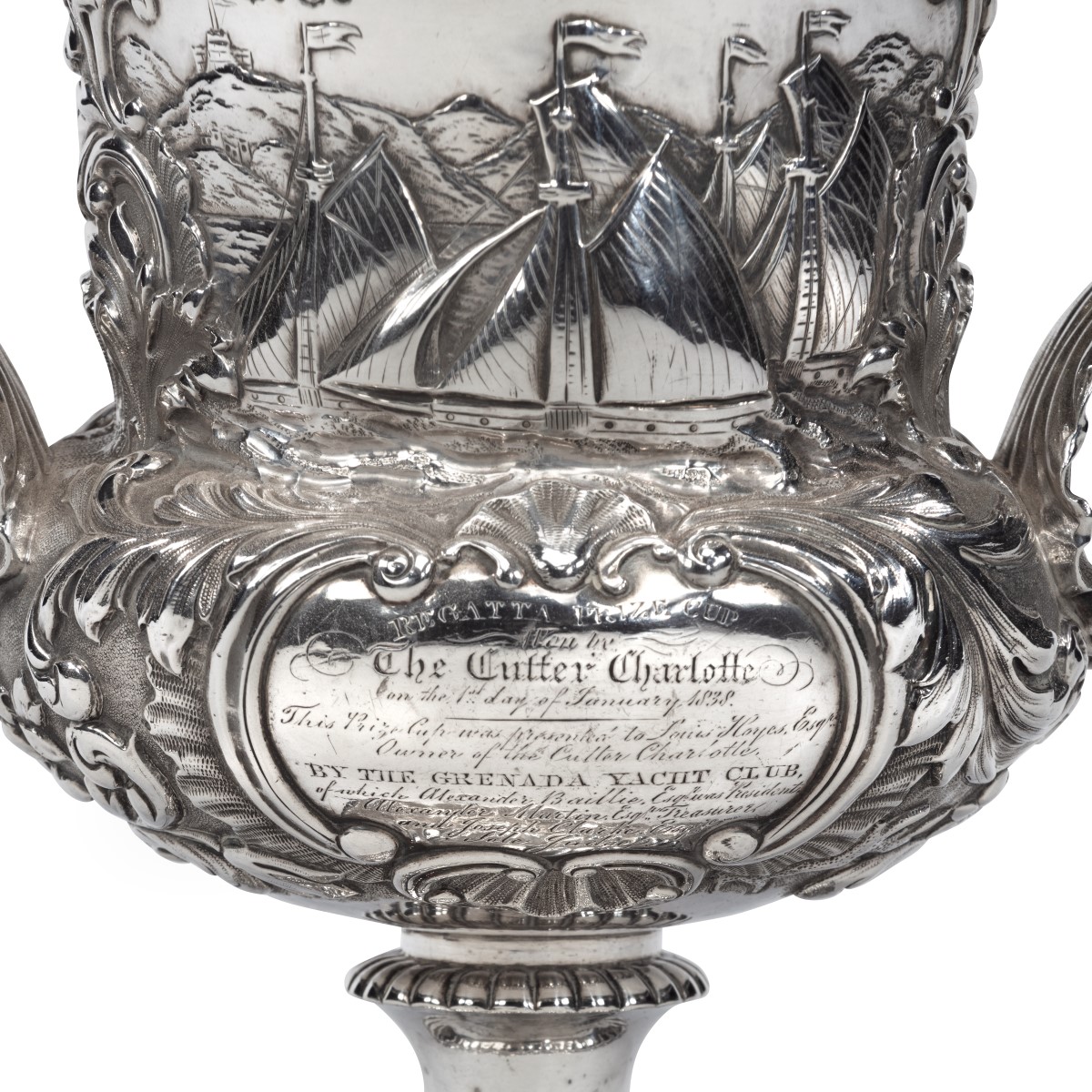 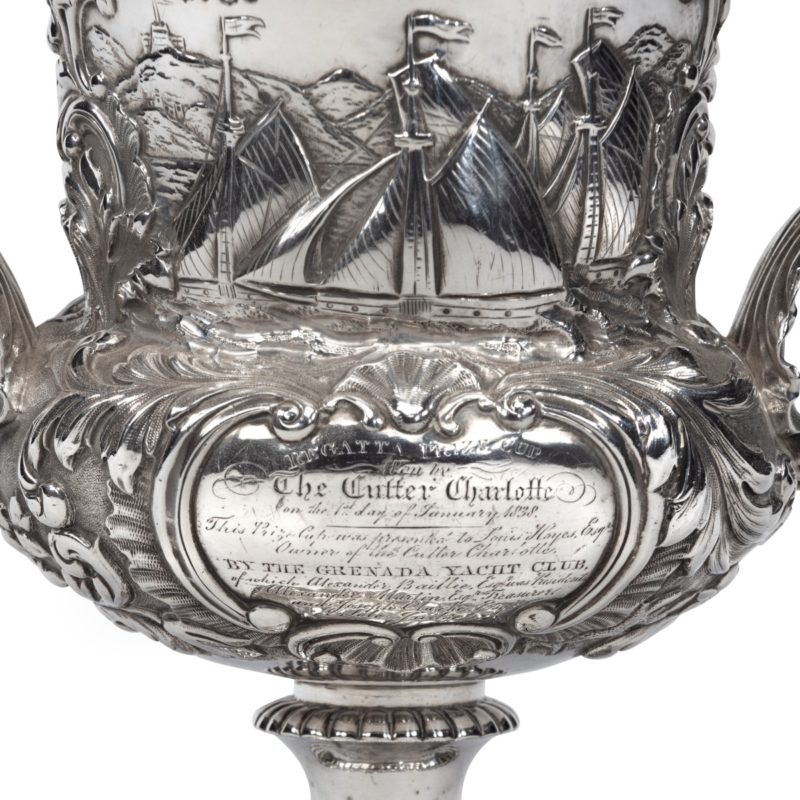 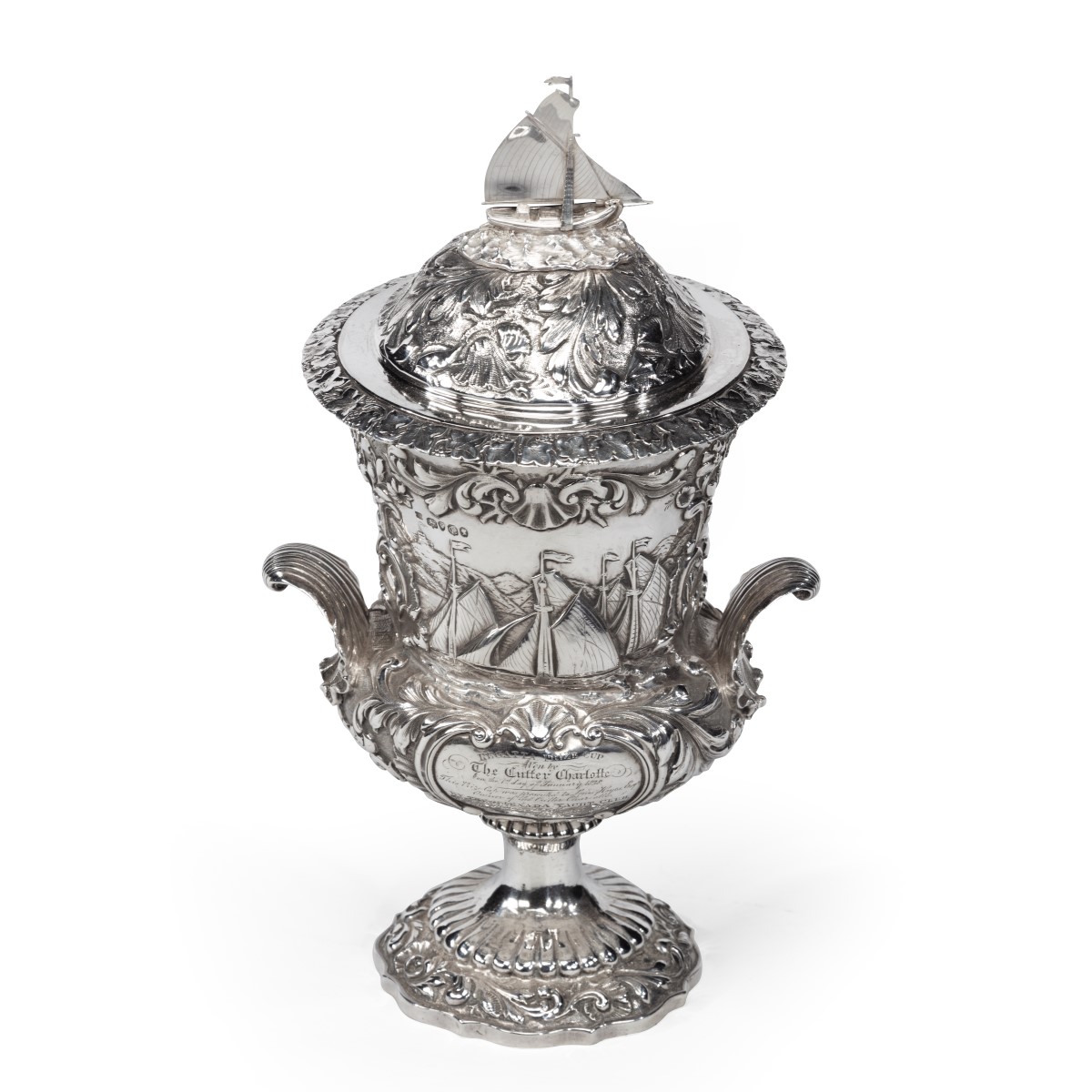 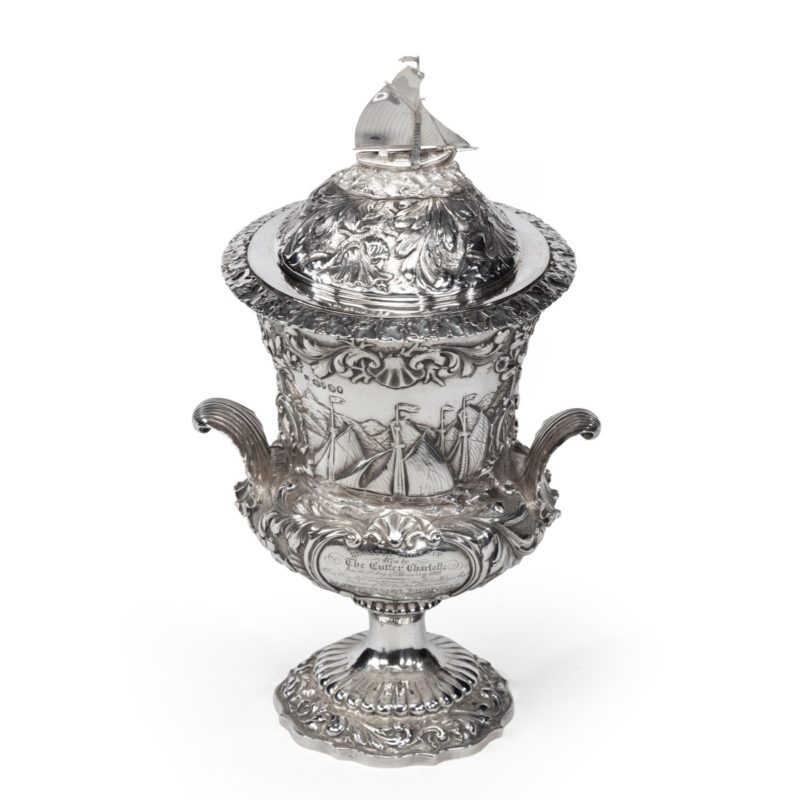 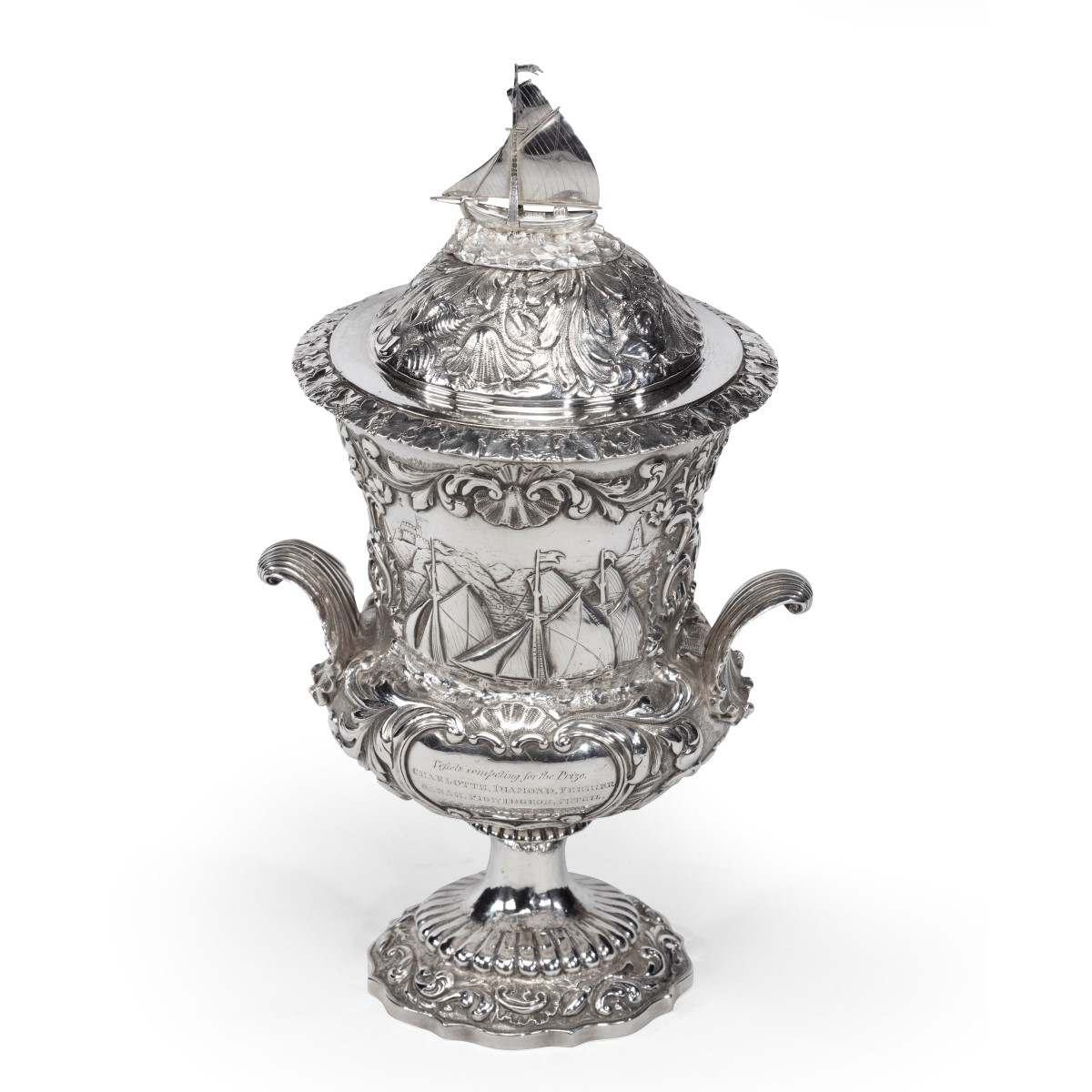 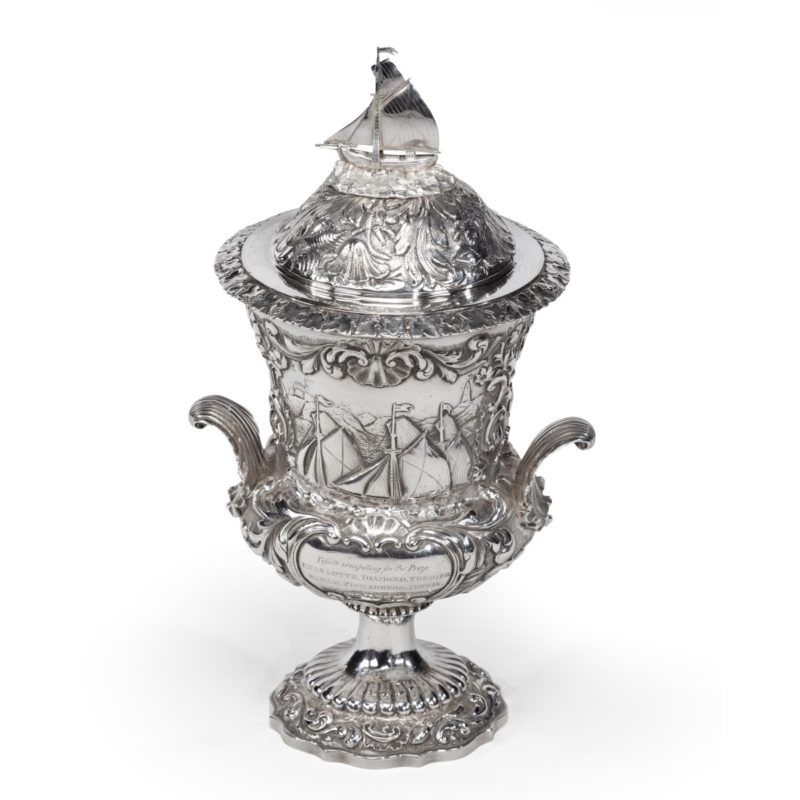 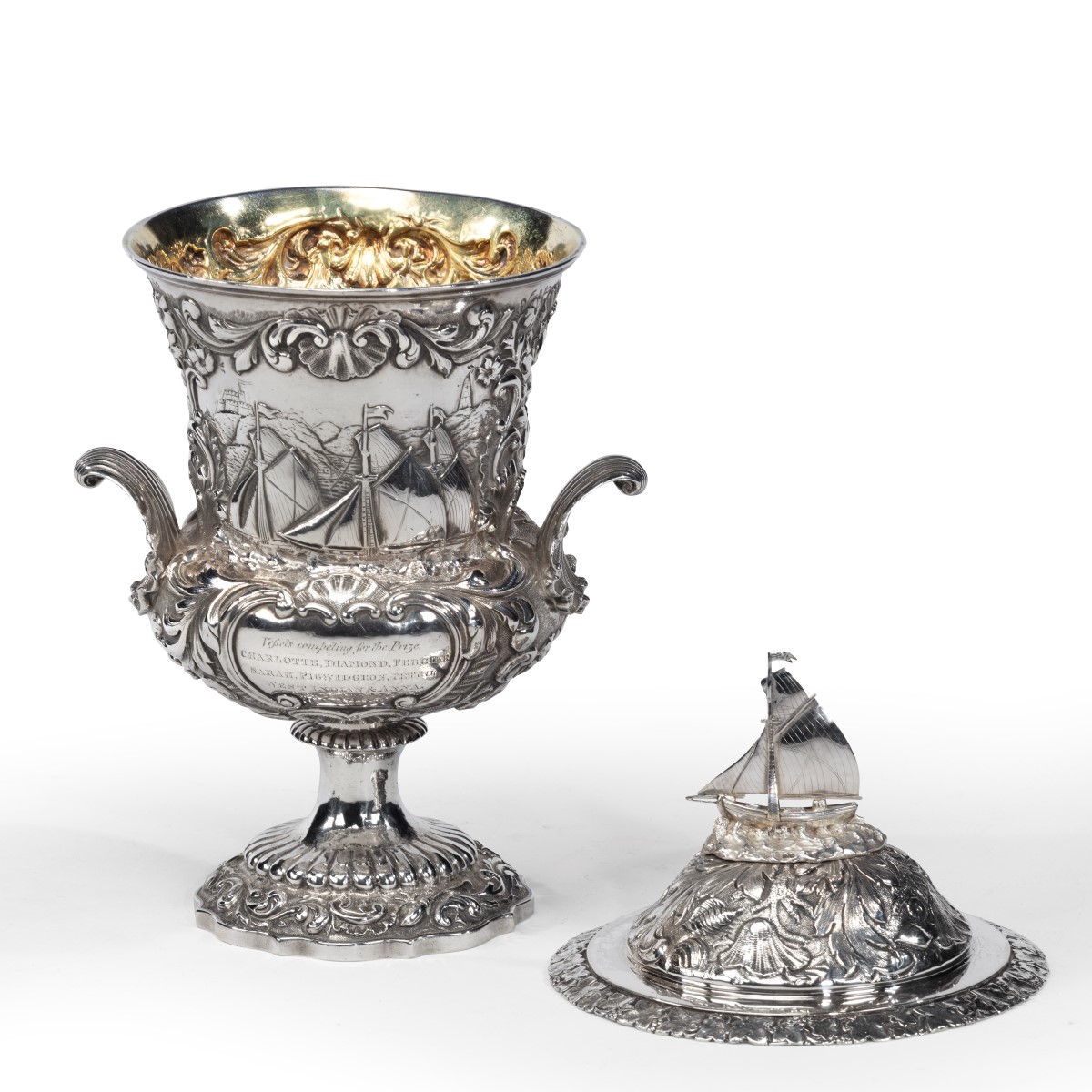 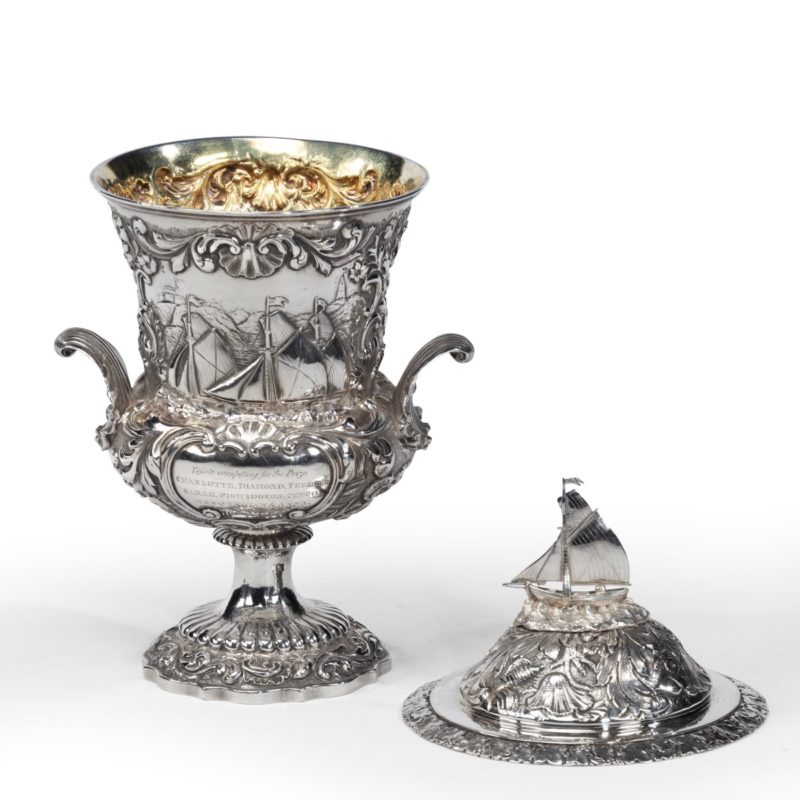 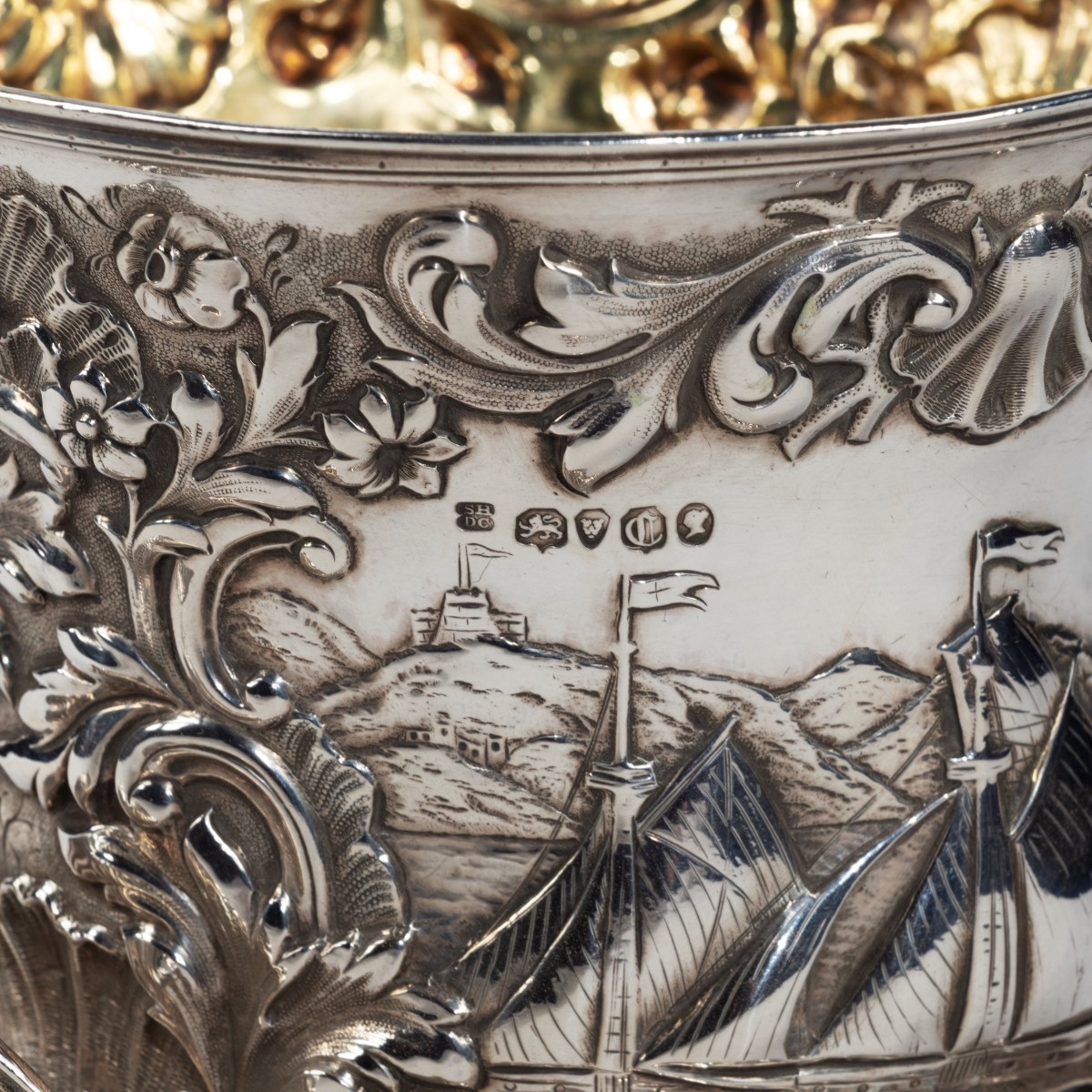 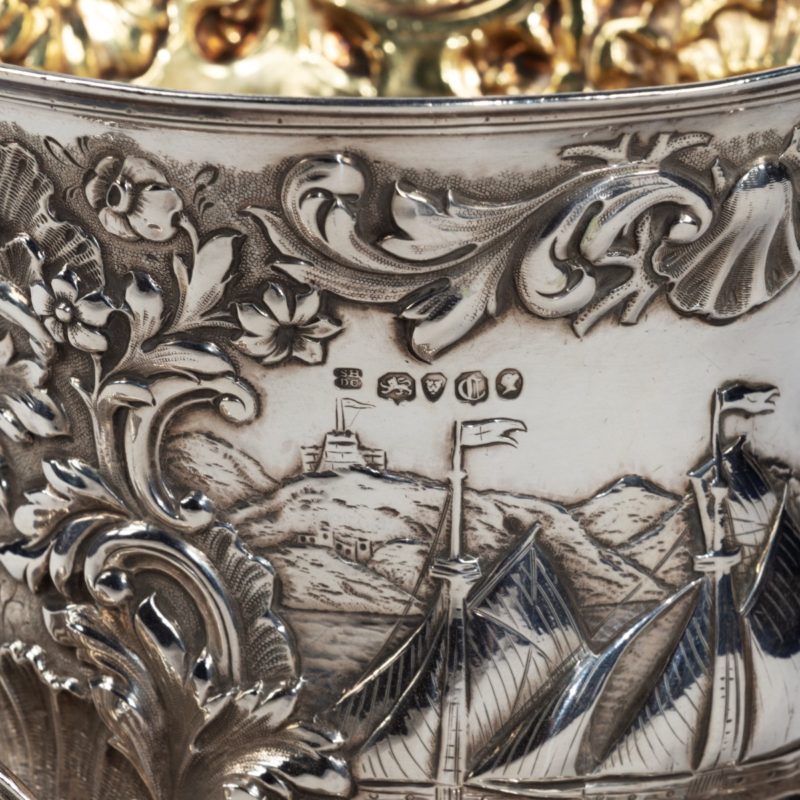 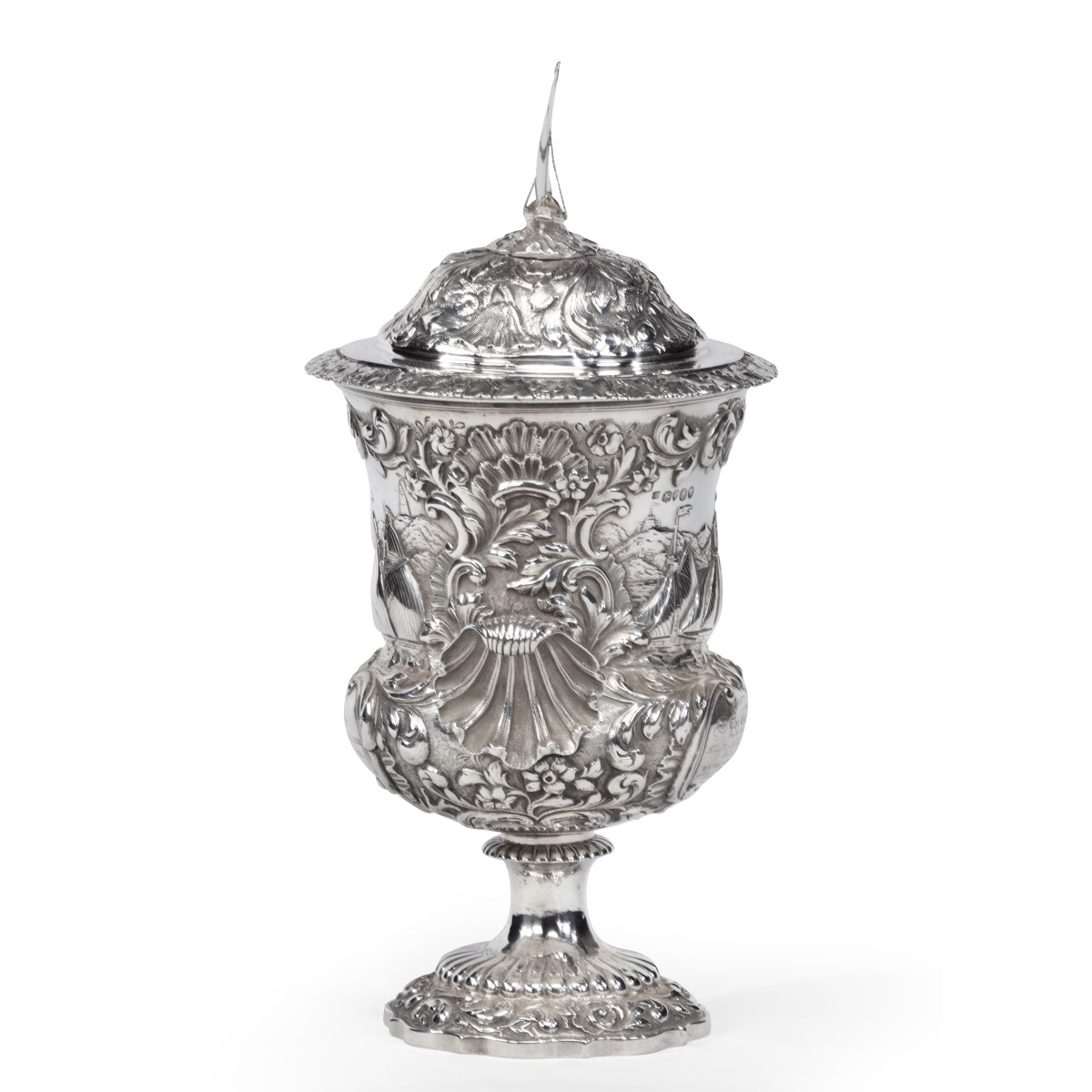 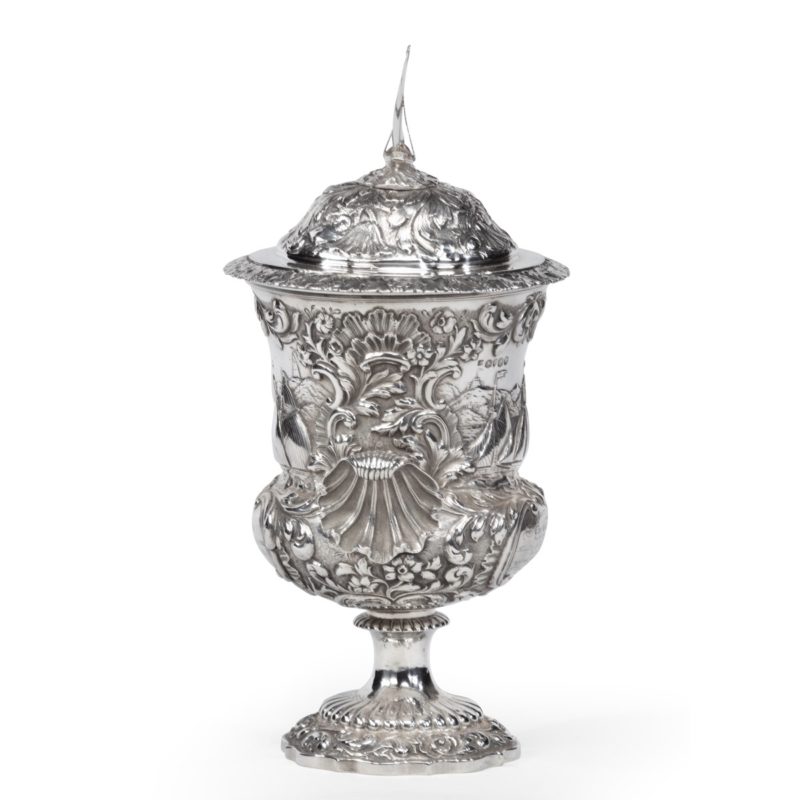 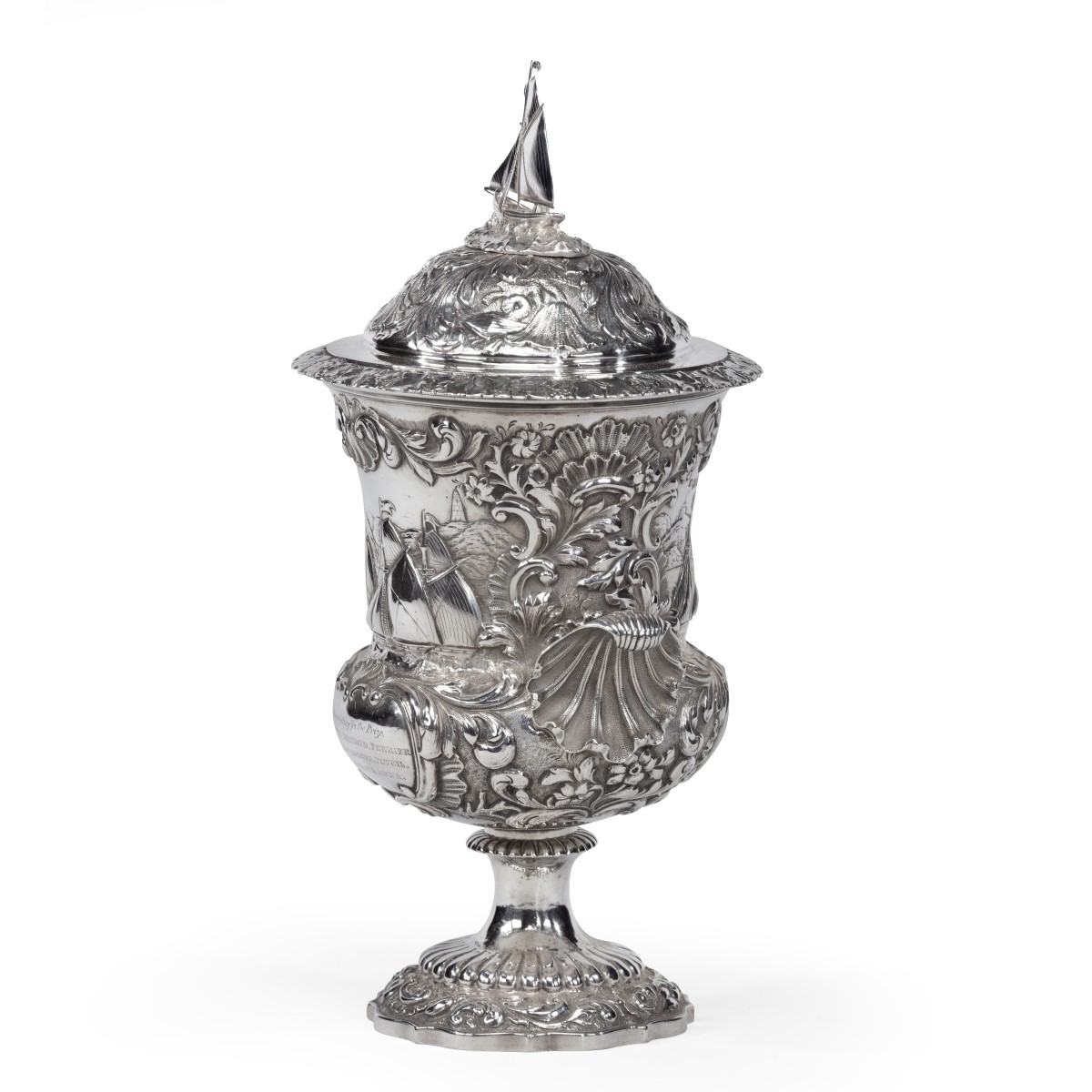 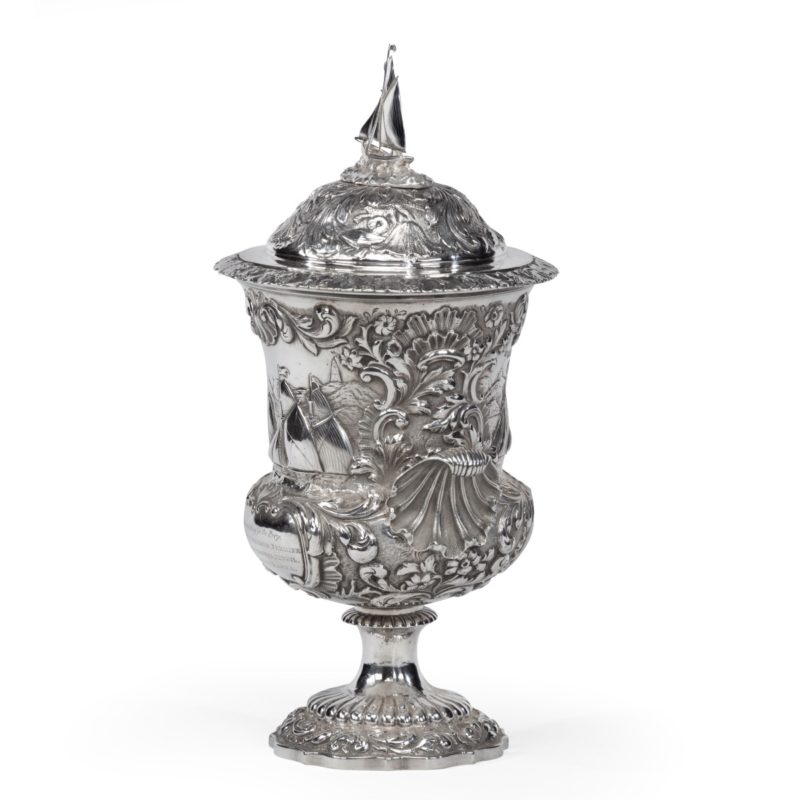 A silver and silver-gilt sailing regatta trophy by Samuel Hayne and Dudley Cater, 1838

A silver and silver-gilt sailing regatta trophy by Samuel Hayne and Dudley Cater, 1838, embossed on each side with gaff cutters racing above a presentation inscription and surrounded by scrolling acanthus, shells, scrolls and flowers, with shell handles, the cover surmounted by a racing yacht, the interior gilded, inscribed ‘Regatta Prize Cup won by Cutter Charlotte on the 1st day of January, 1838’ and continuing with a list of the club’s officers.  Fully marked for Samuel Hayne and Dudley Cater, London, 1838.

Restoration: the sails and spars of the finial replaced

Footnote: Thomas Perkins (1932 – 2016) was an American businessman, venture capitalist and ‘Silicon Valley Billionaire’ who was one of the founders of Kleiner Perkins.  His second wife was the romantic author Danielle Steel.  He amassed a considerable fortune in the technology and media industries and was thus able to indulge in his passion for sailing and the seas.  In July 2006, he launched his 289-foot sailing yacht, The Maltese Falcon, at the time the world’s largest privately owned sailing yacht.  The yacht was listed for sale in 2006 on Yachtworld.com, the asking price being €99,000,000 with engine hours listed at 1,890 hours.  He also used an “adventure” yacht with a submarine named Dr. No to video encounters with Humpback whales at depth in Tonga.  His book Mine’s Bigger: The Extraordinary Tale of the World’s Greatest Sailboat and the Silicon Valley Tycoon Who Built It won the Gerald Loeb Award for best business book of the year in 2008.