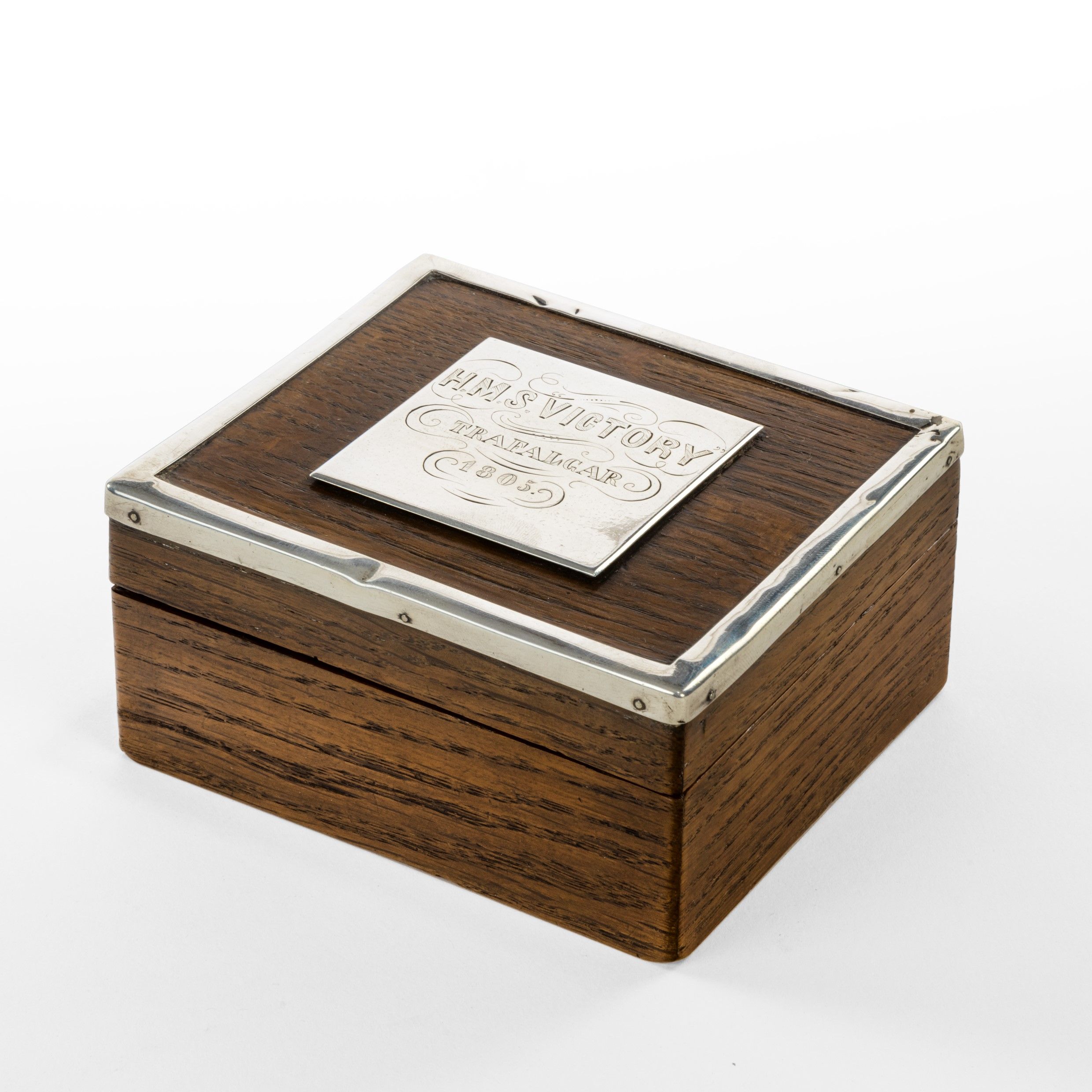 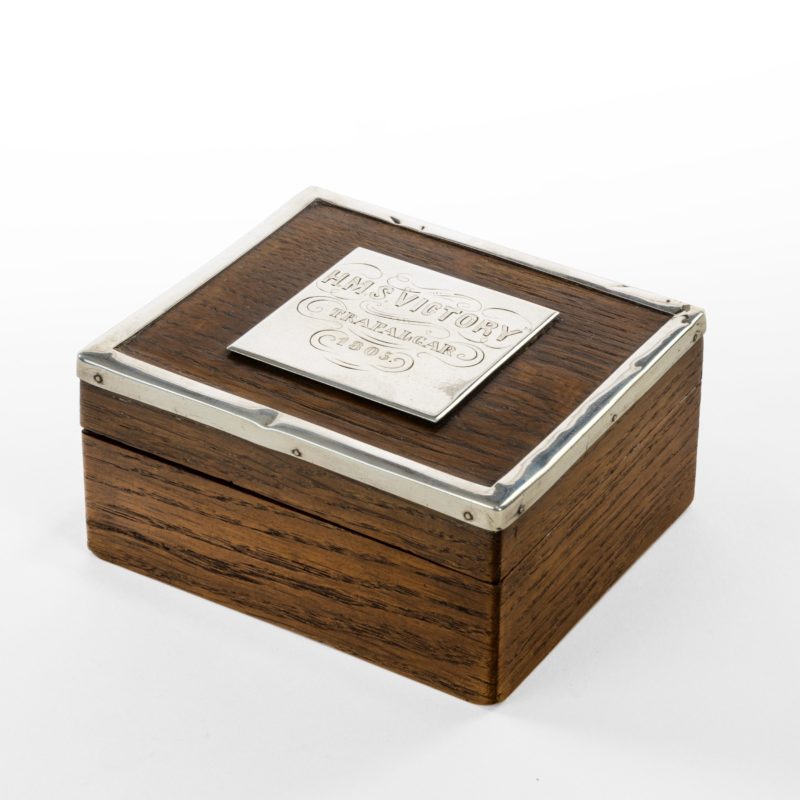 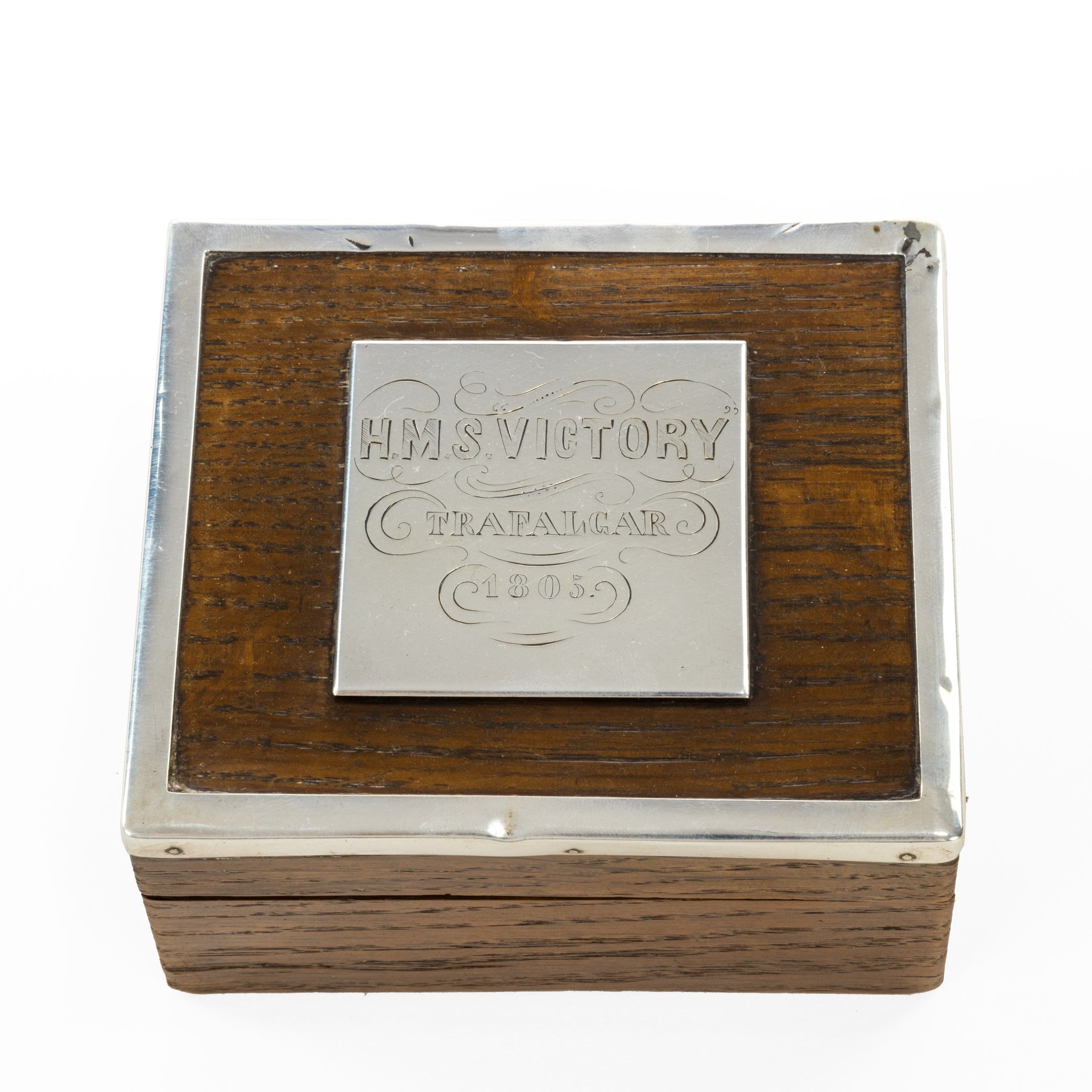 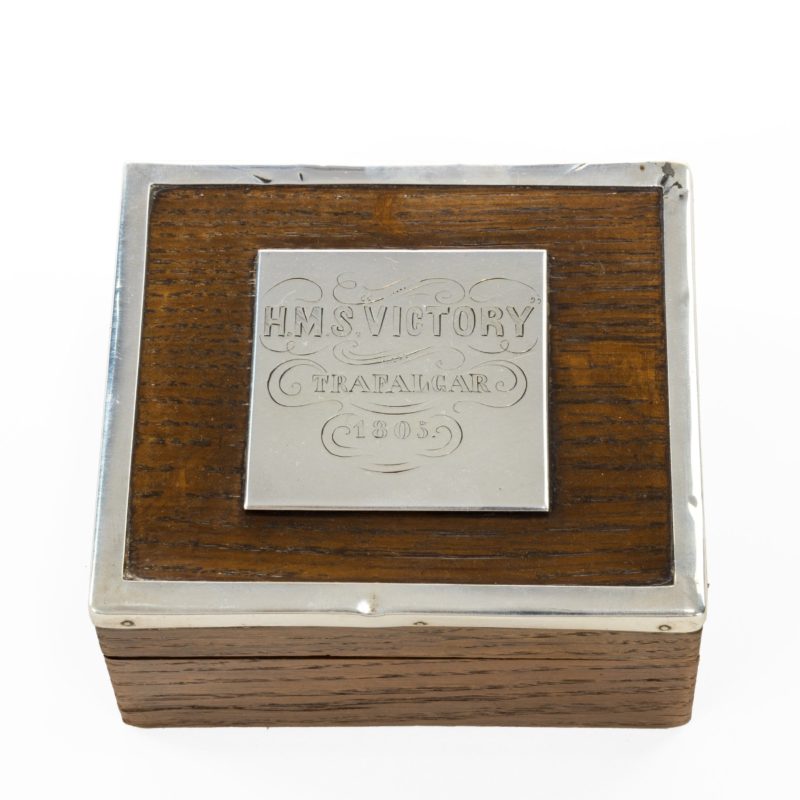 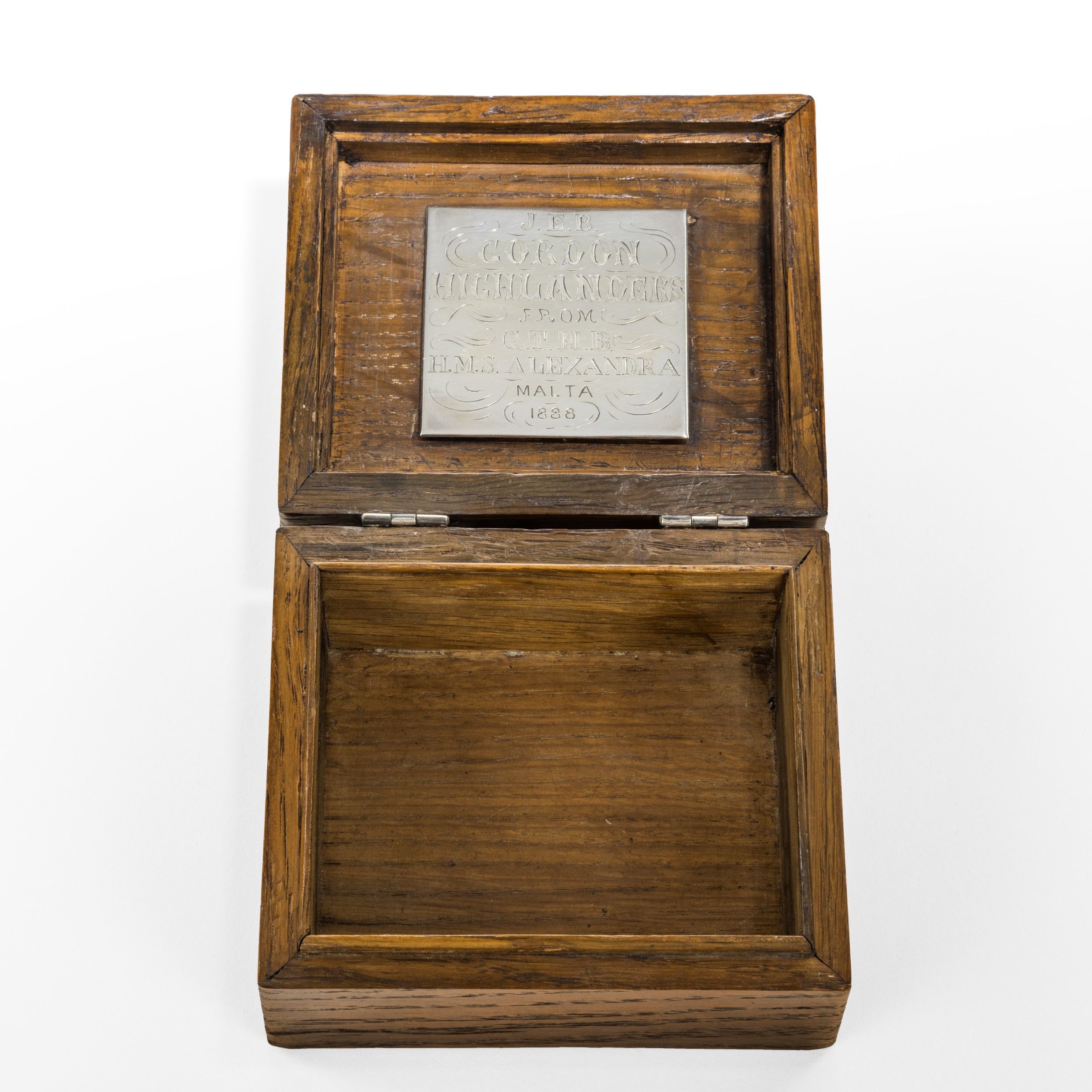 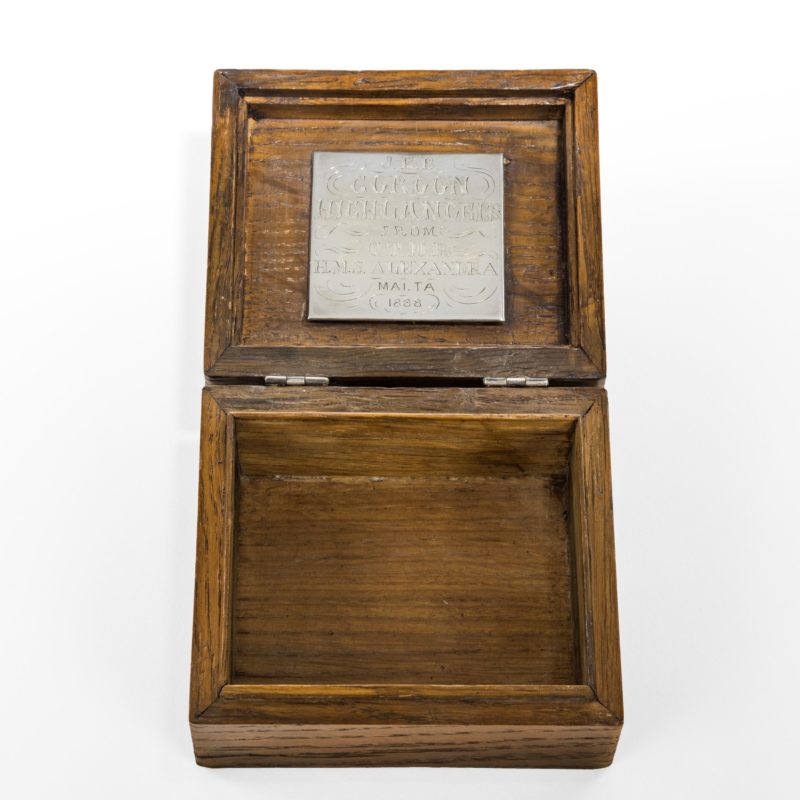 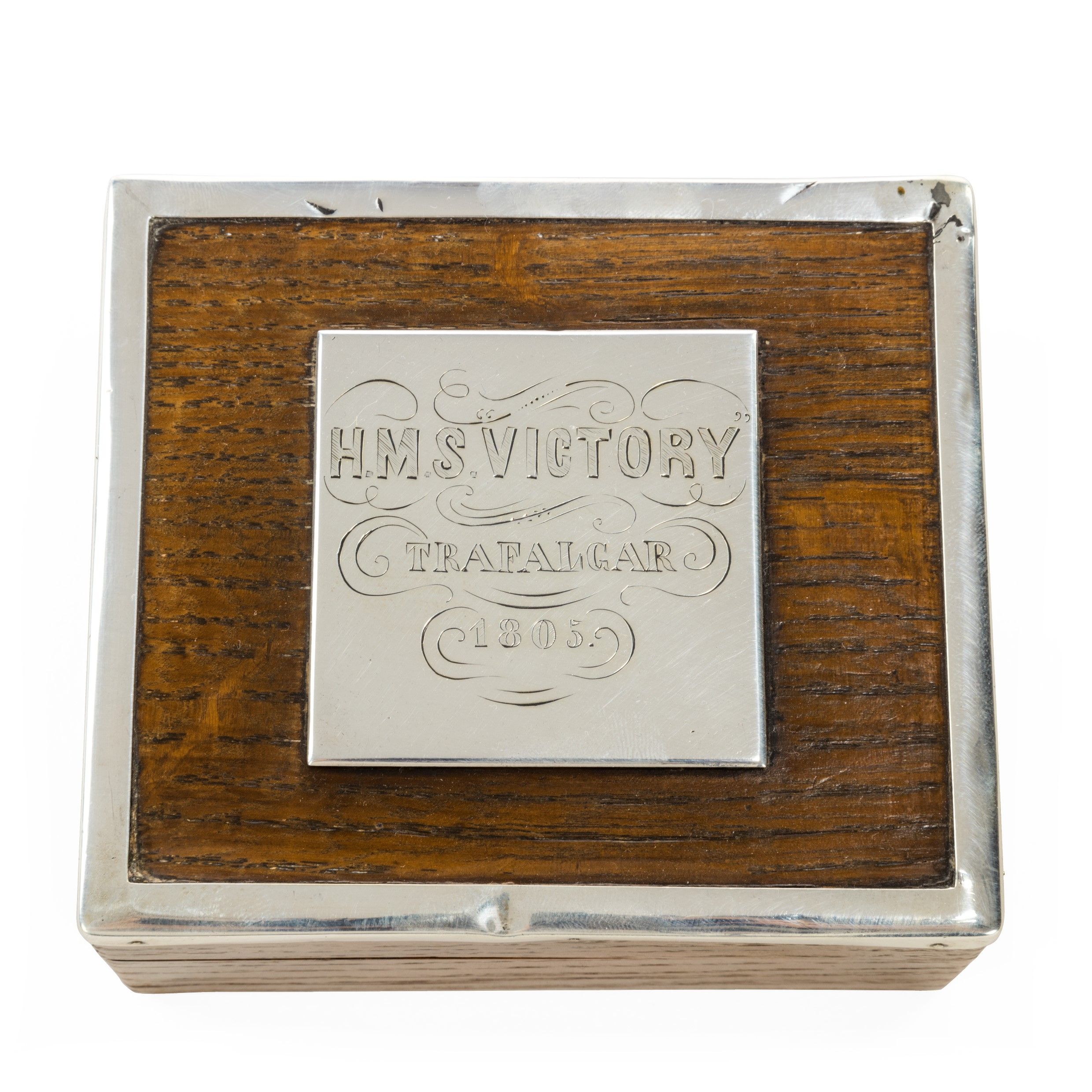 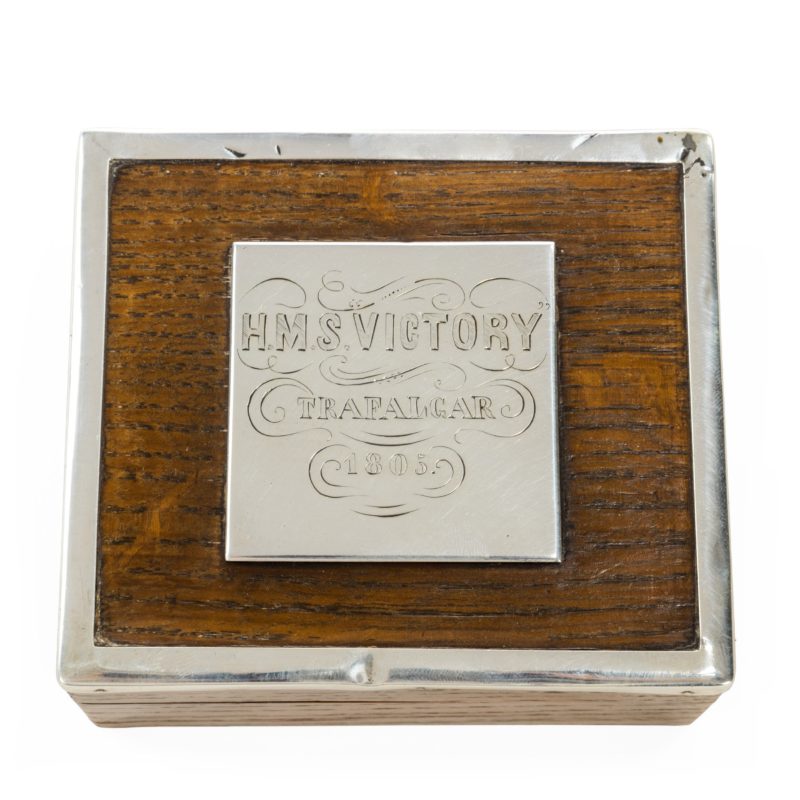 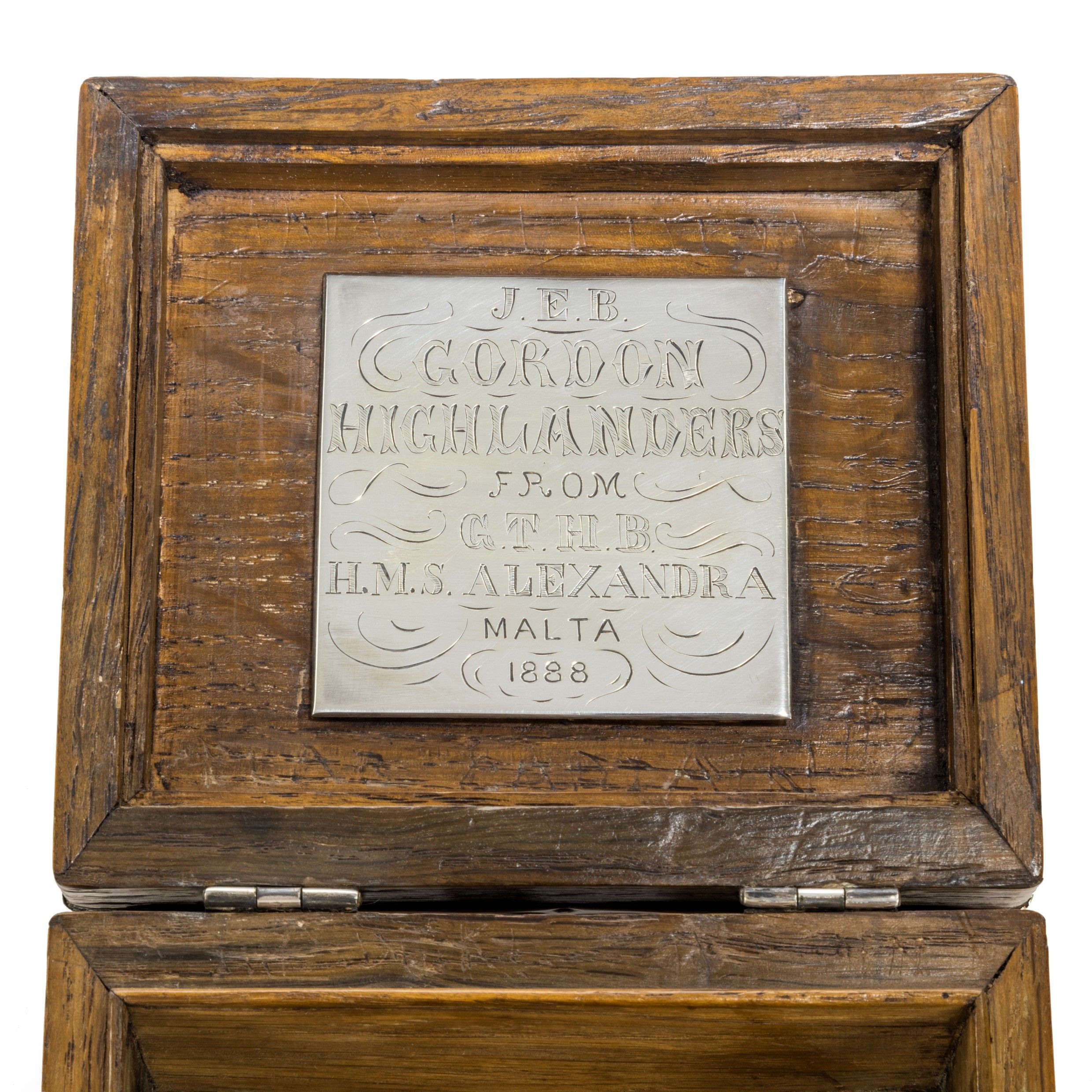 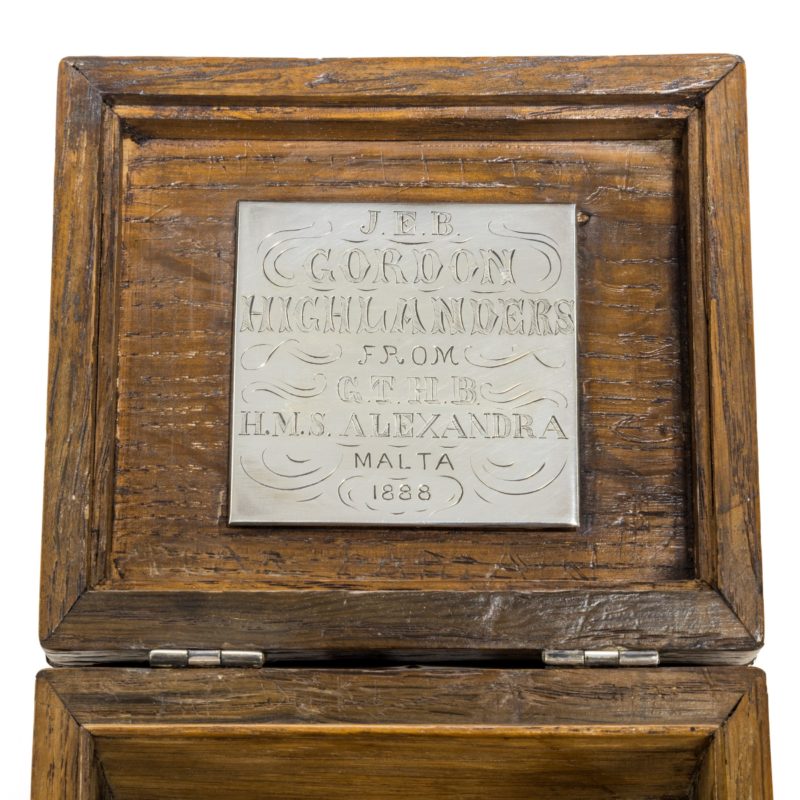 A silver mounted commemorative box made from ‘Victory’ oak

A silver mounted commemorative box made from ‘Victory’ oak, the hinged lid bearing a silver plaque on the outside stating ‘HMS Victory, Trafalgar, 1805’ and another on the inside reading ‘J.E.B. Gordon Highlanders from G.T.H.B. HMS Alexandra, Malta 1888.’

John Edward Boyes obtained the rank of Major General of the Gordon Highlanders in 1882 while Sir George Thomas Henry Boyes was appointed captain of HMS Alexandra on 16th January 1888.