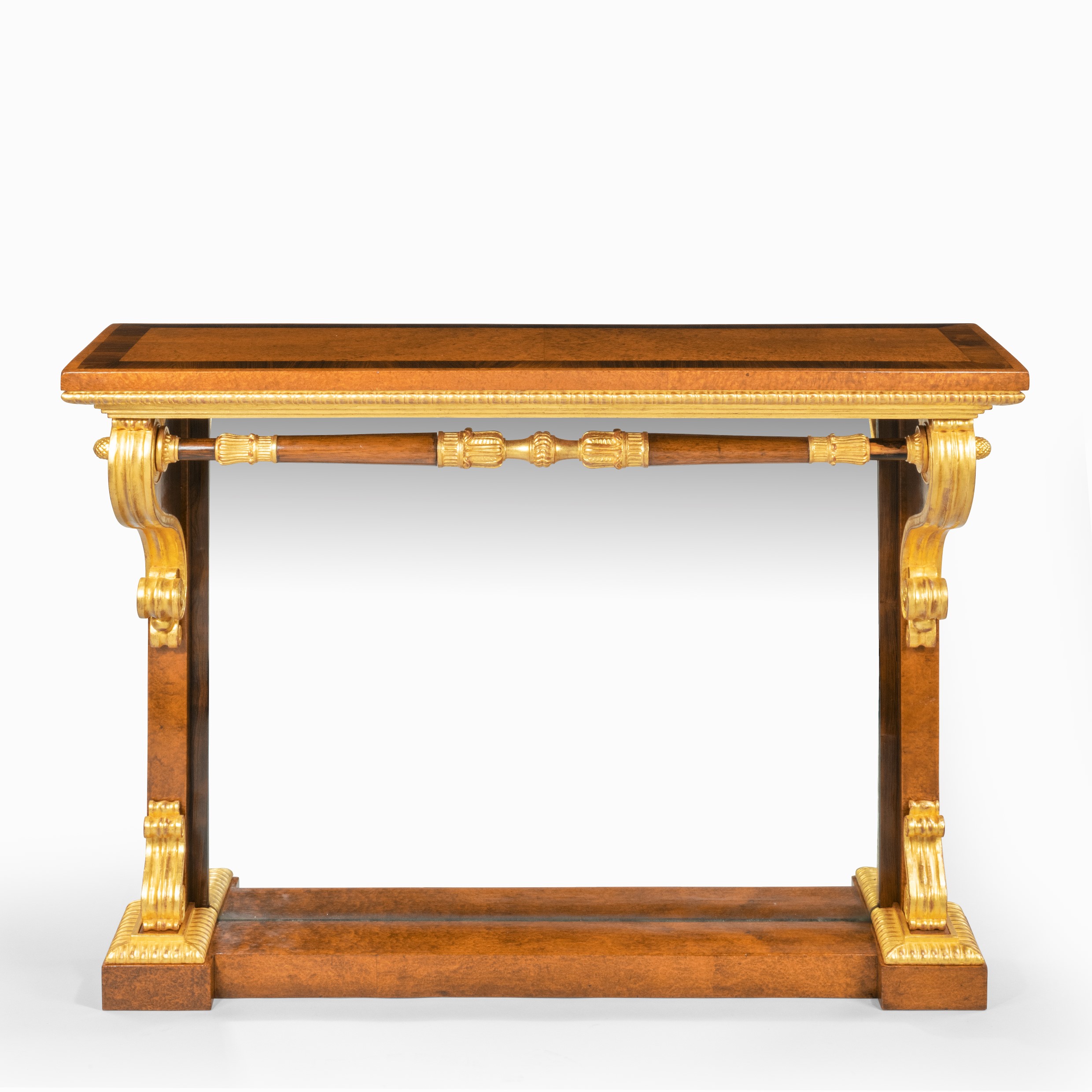 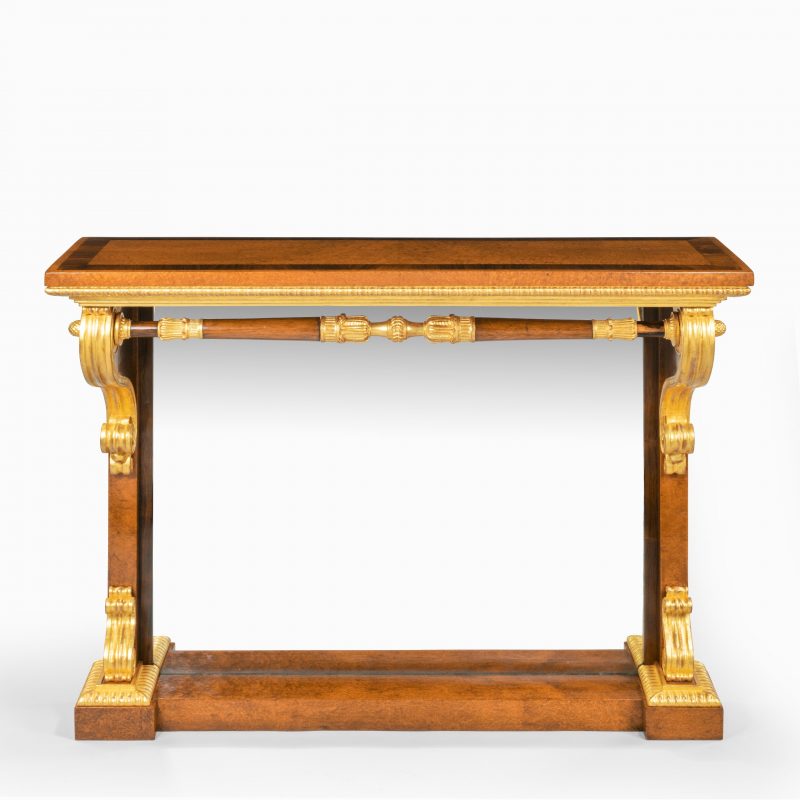 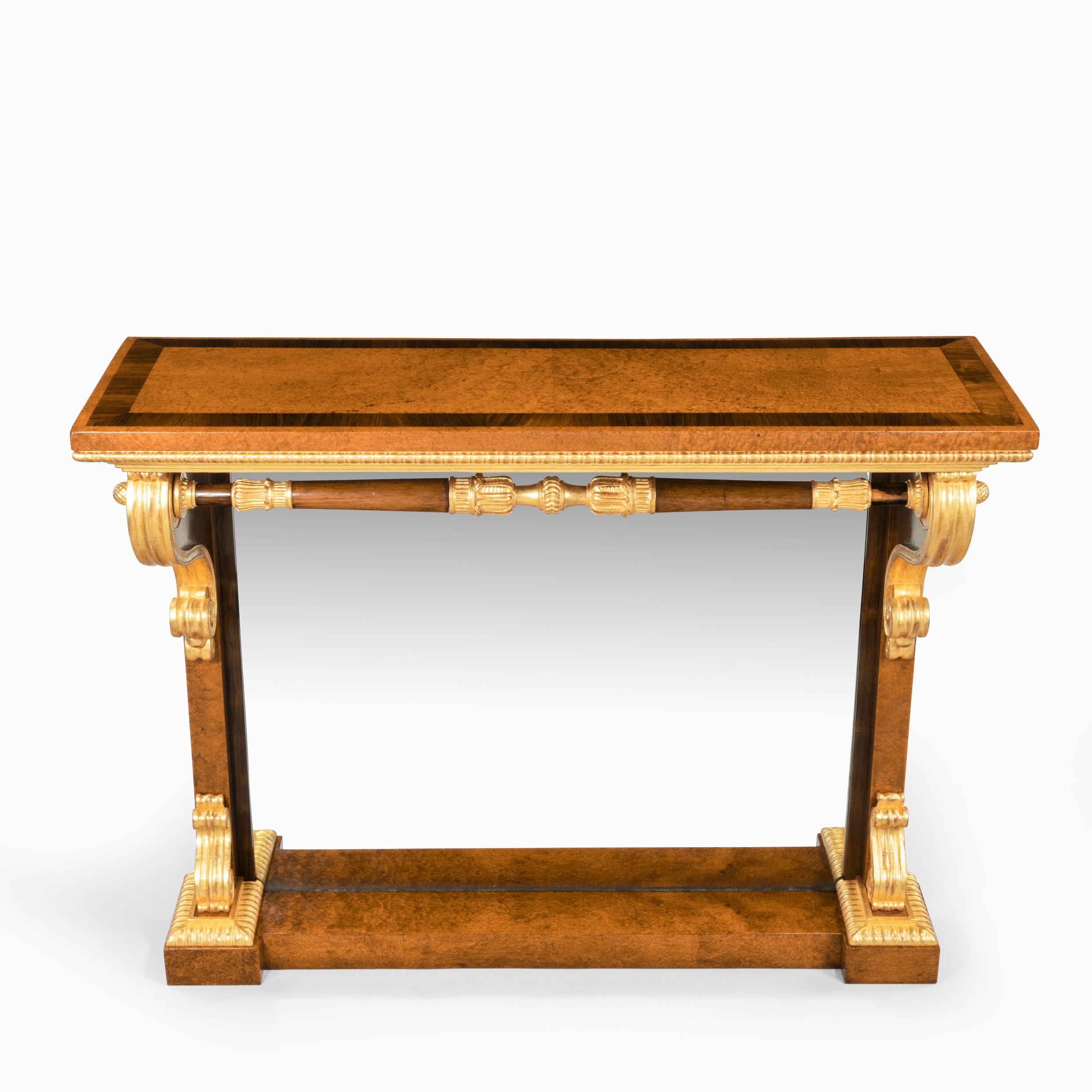 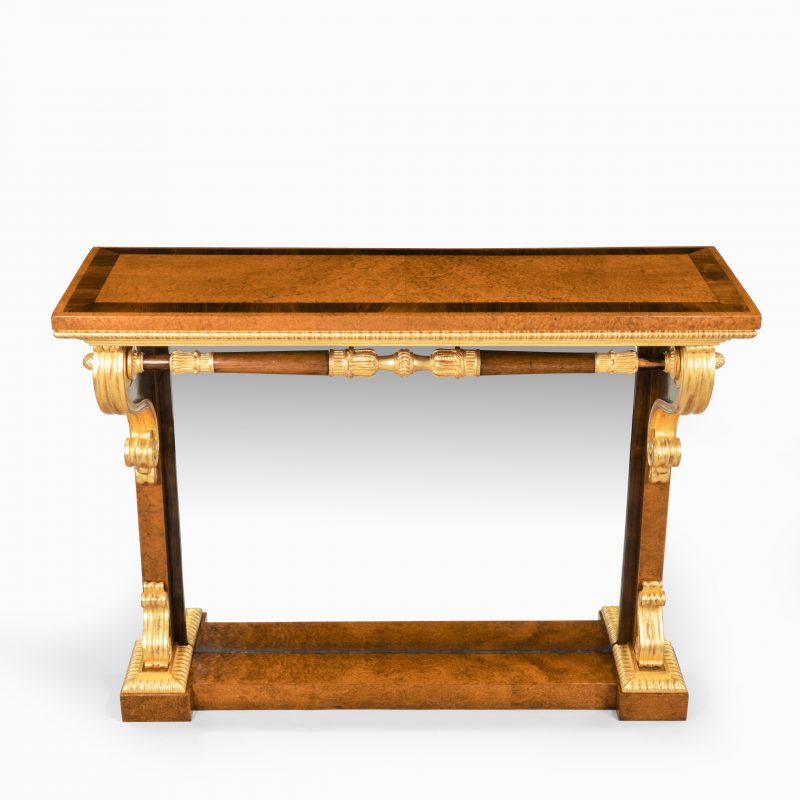 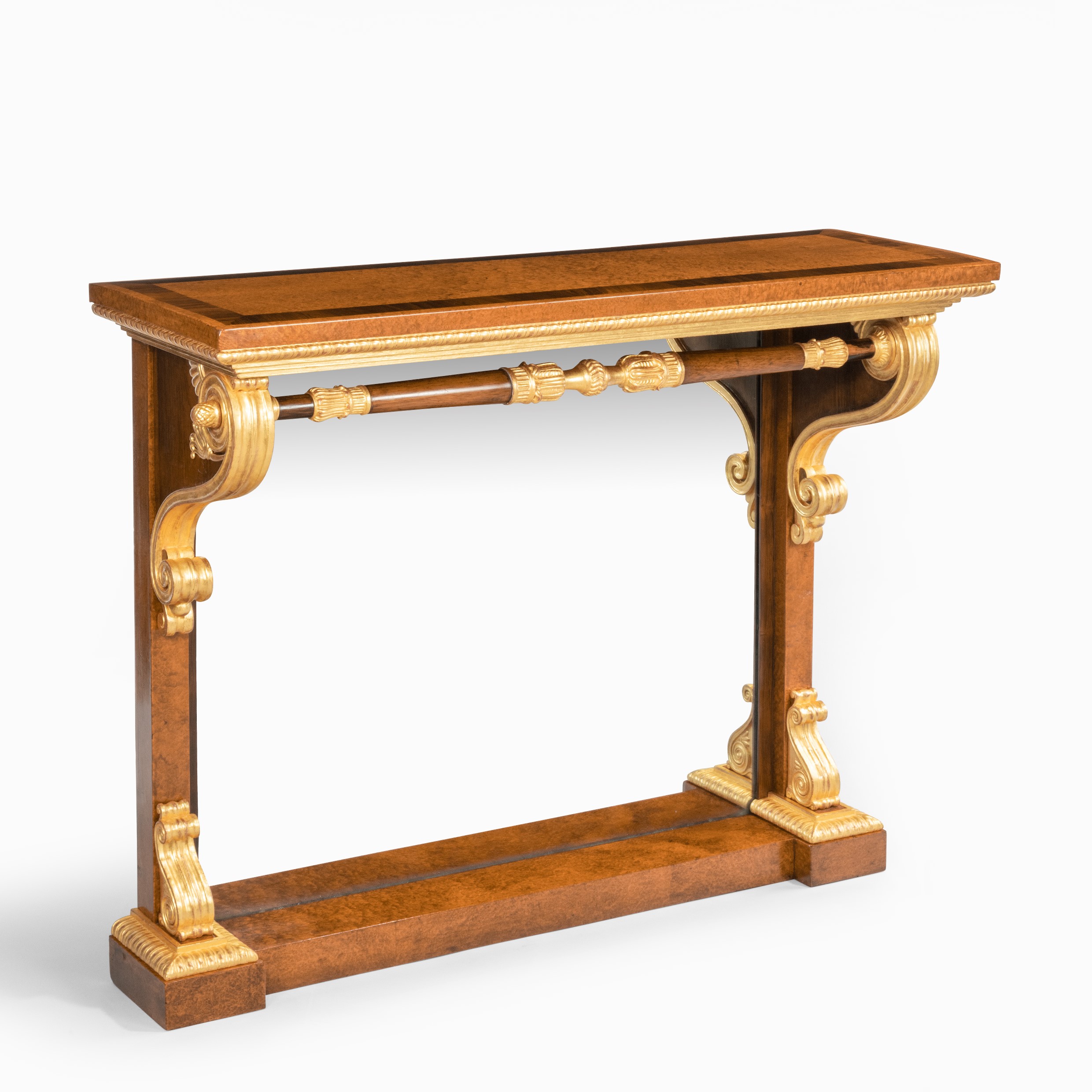 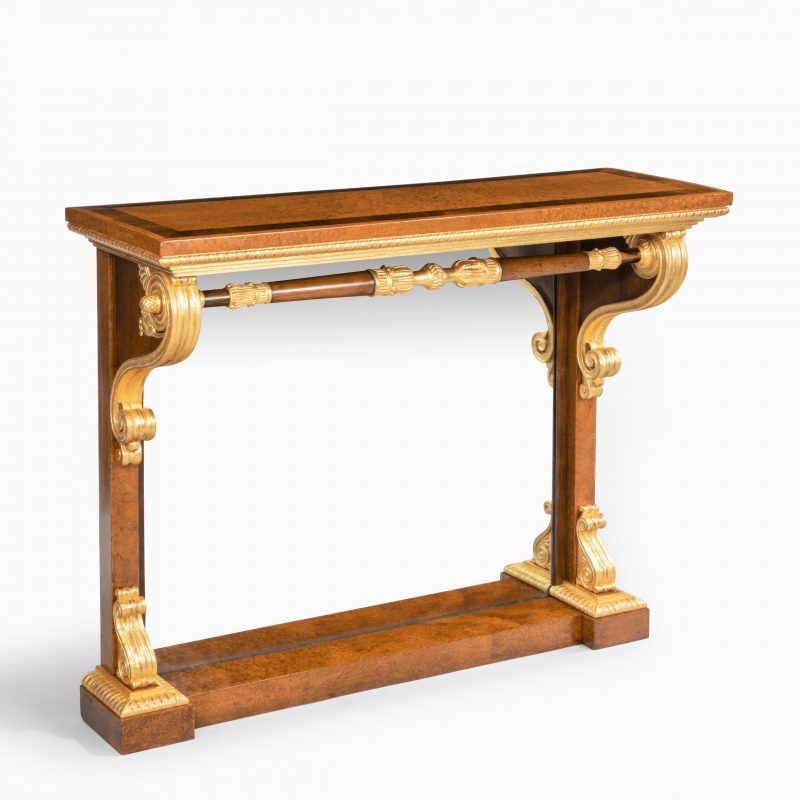 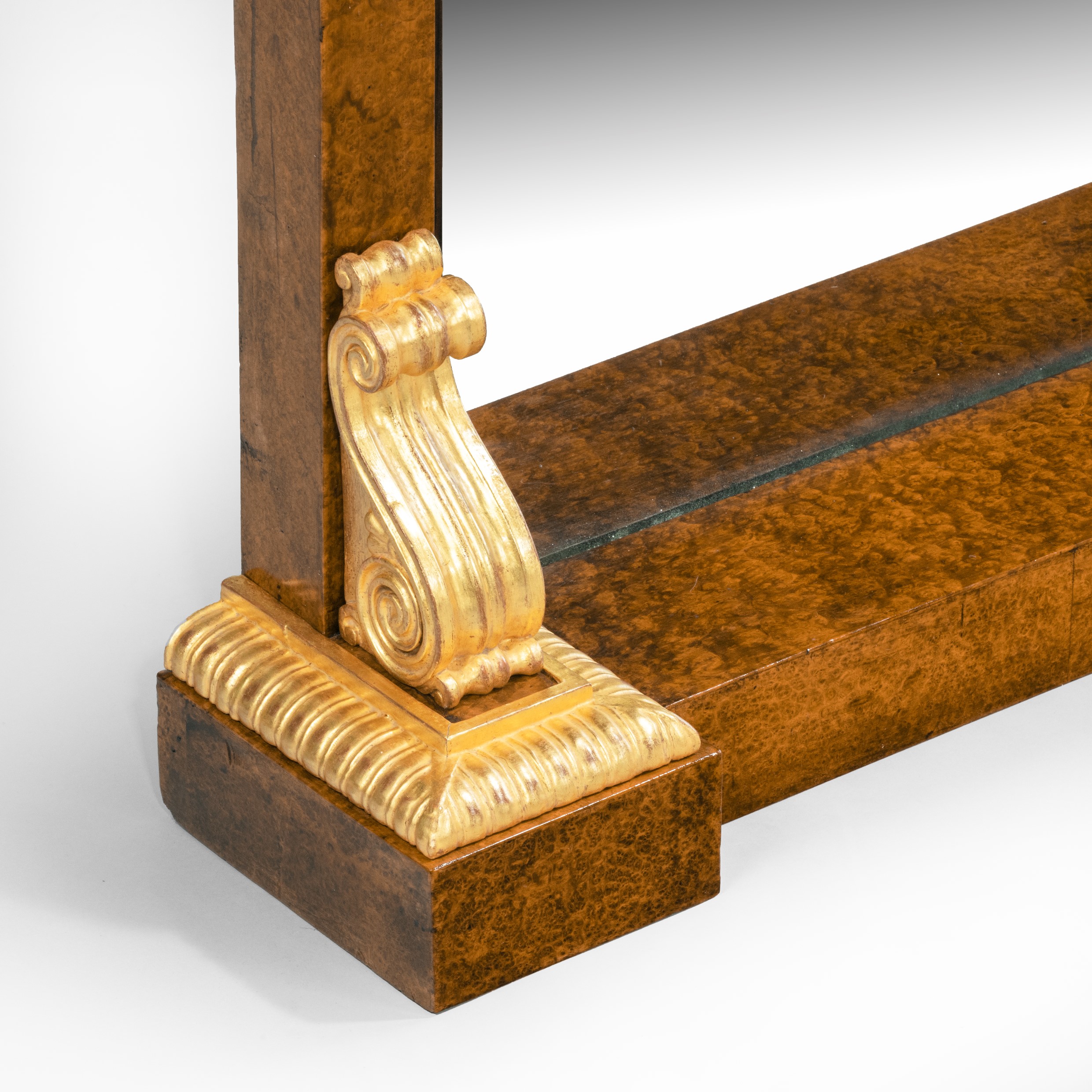 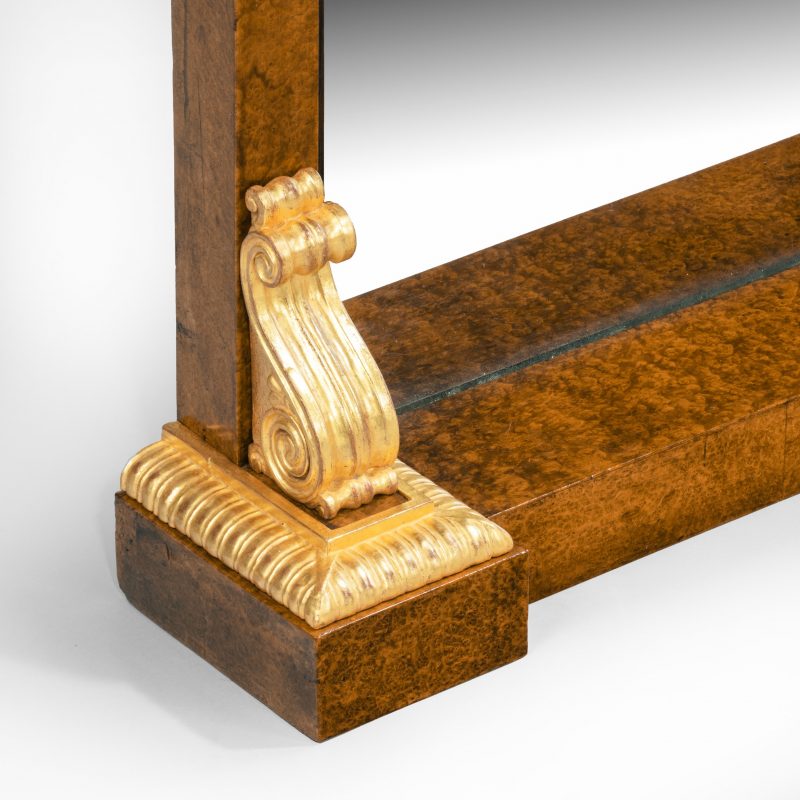 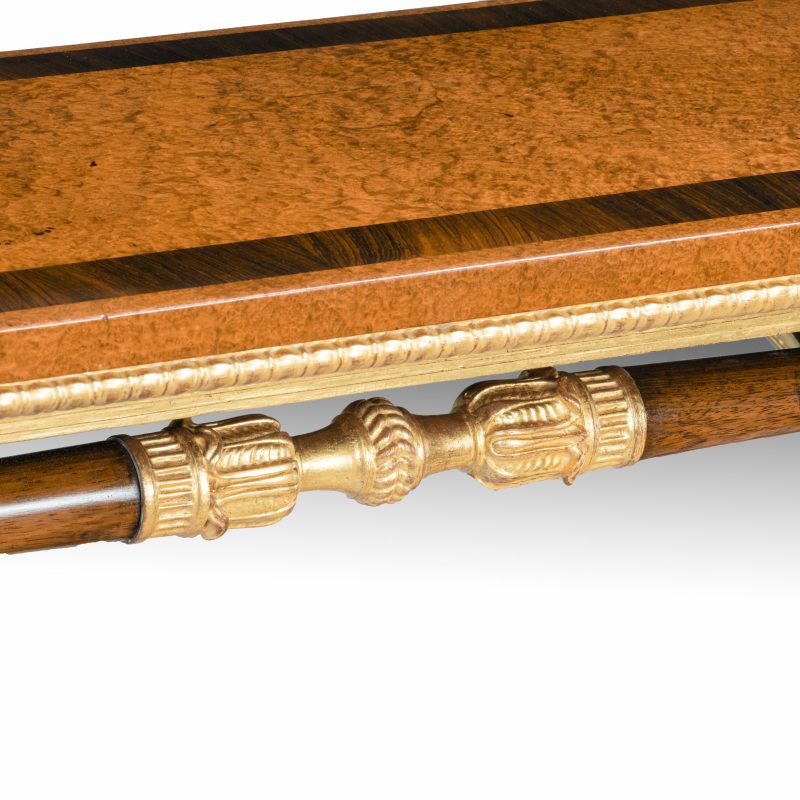 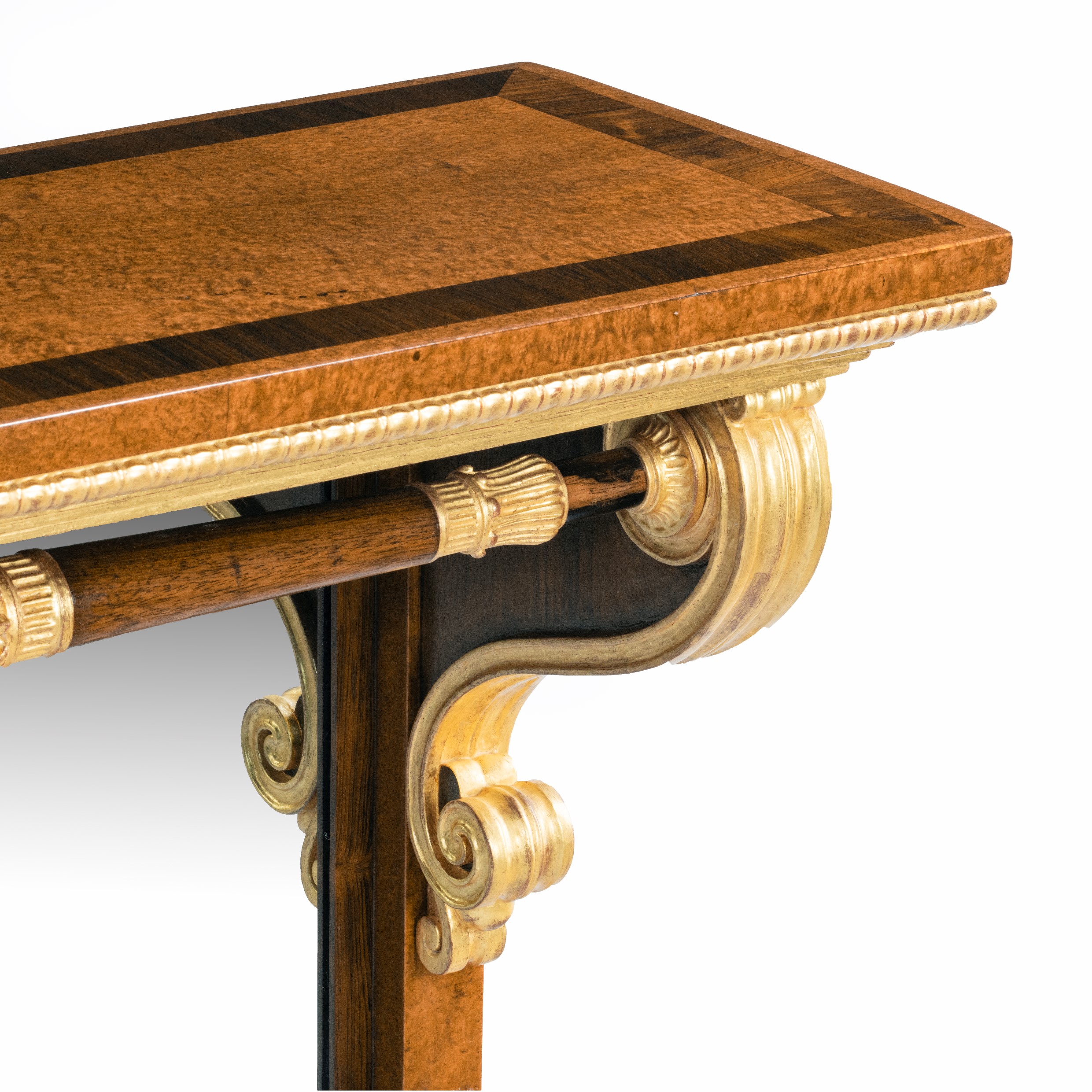 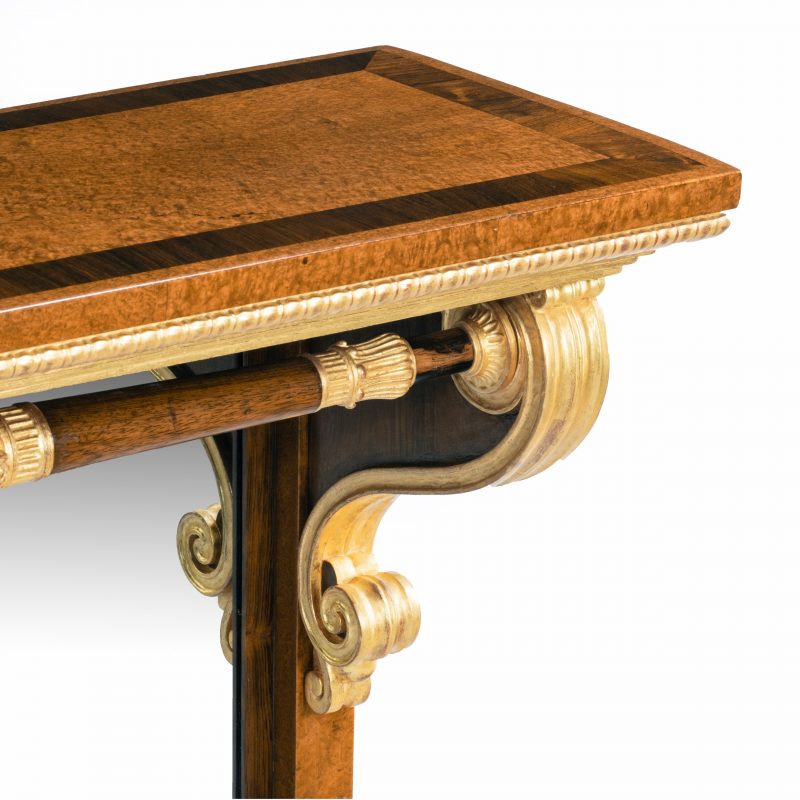 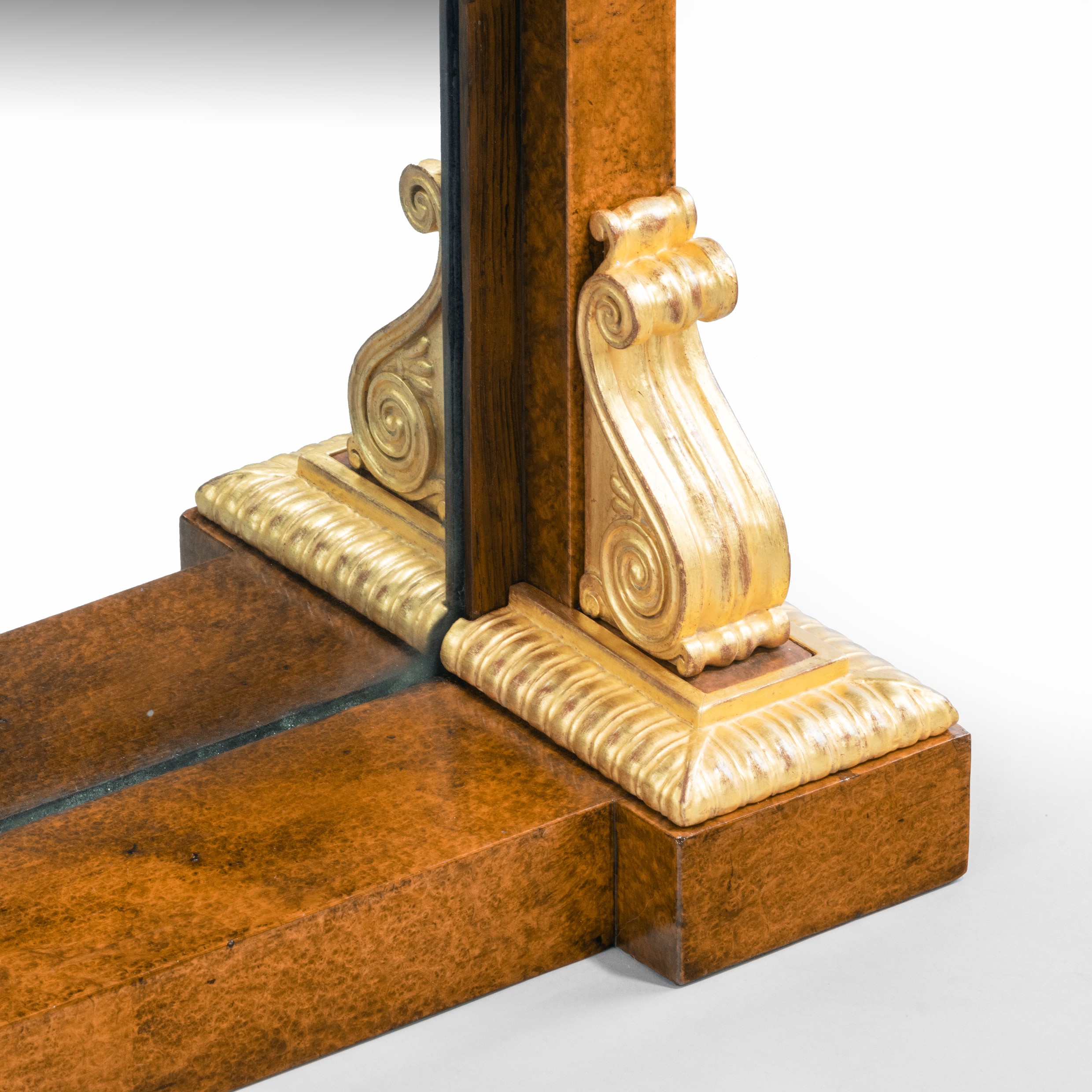 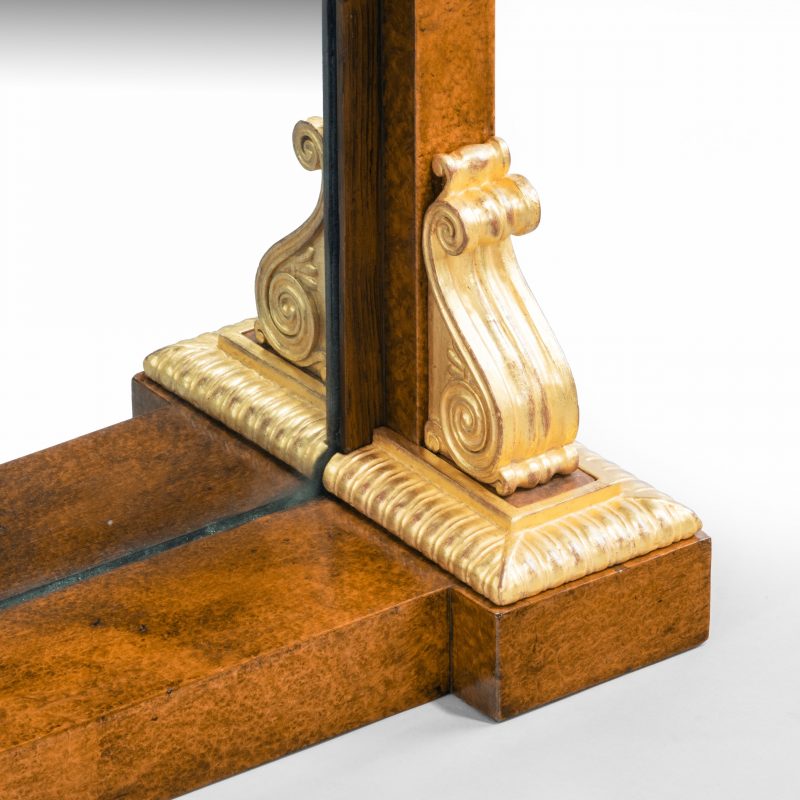 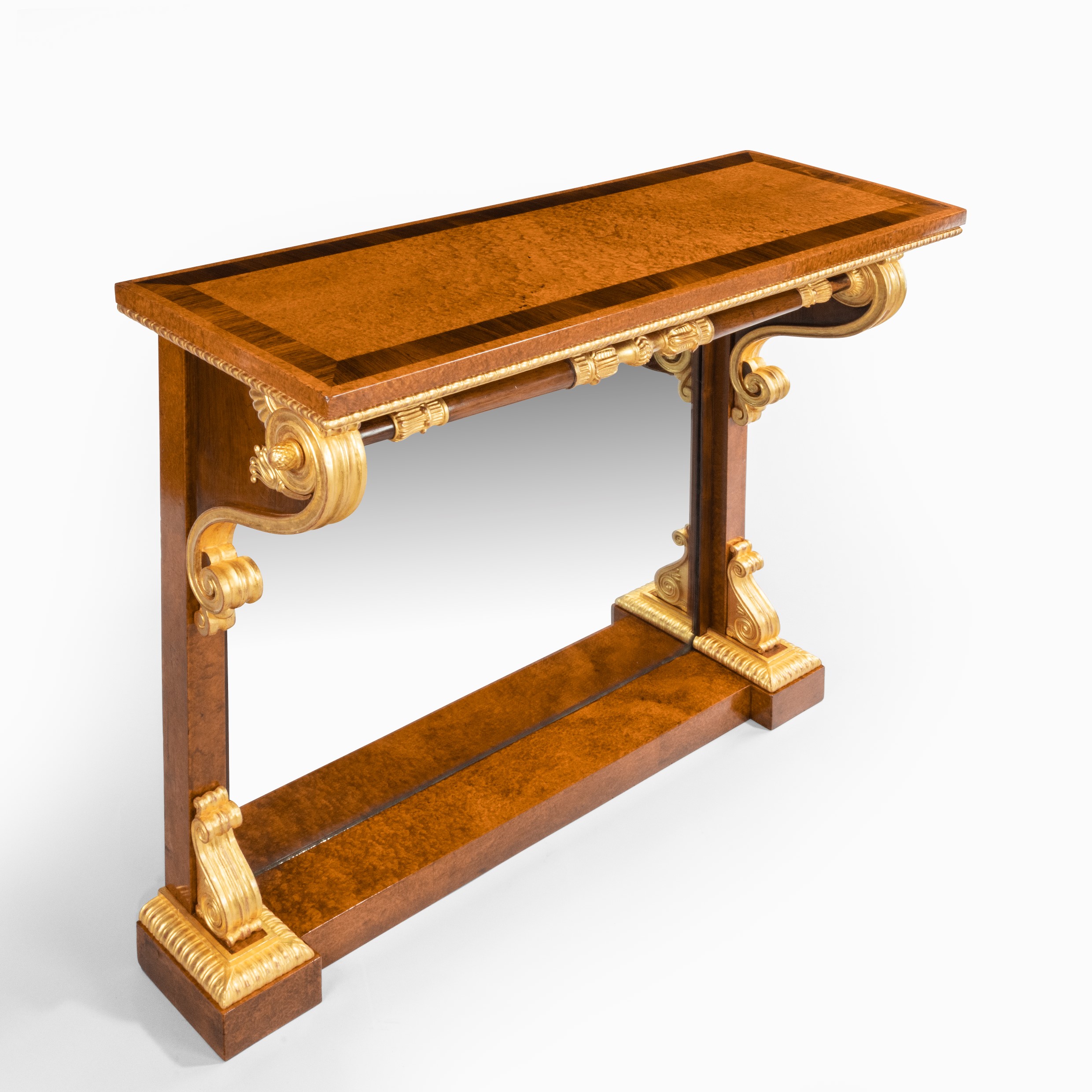 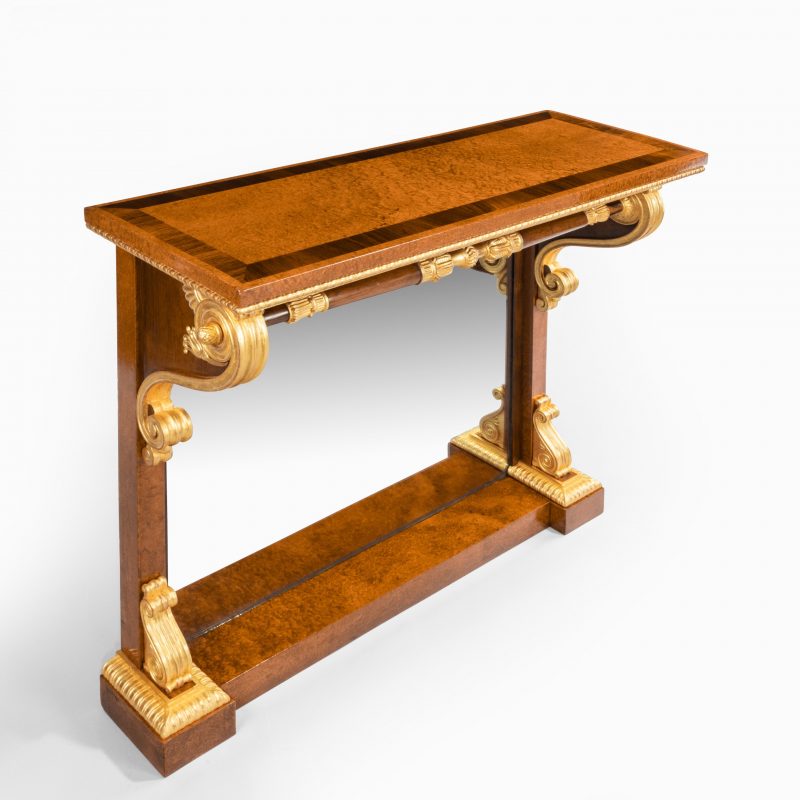 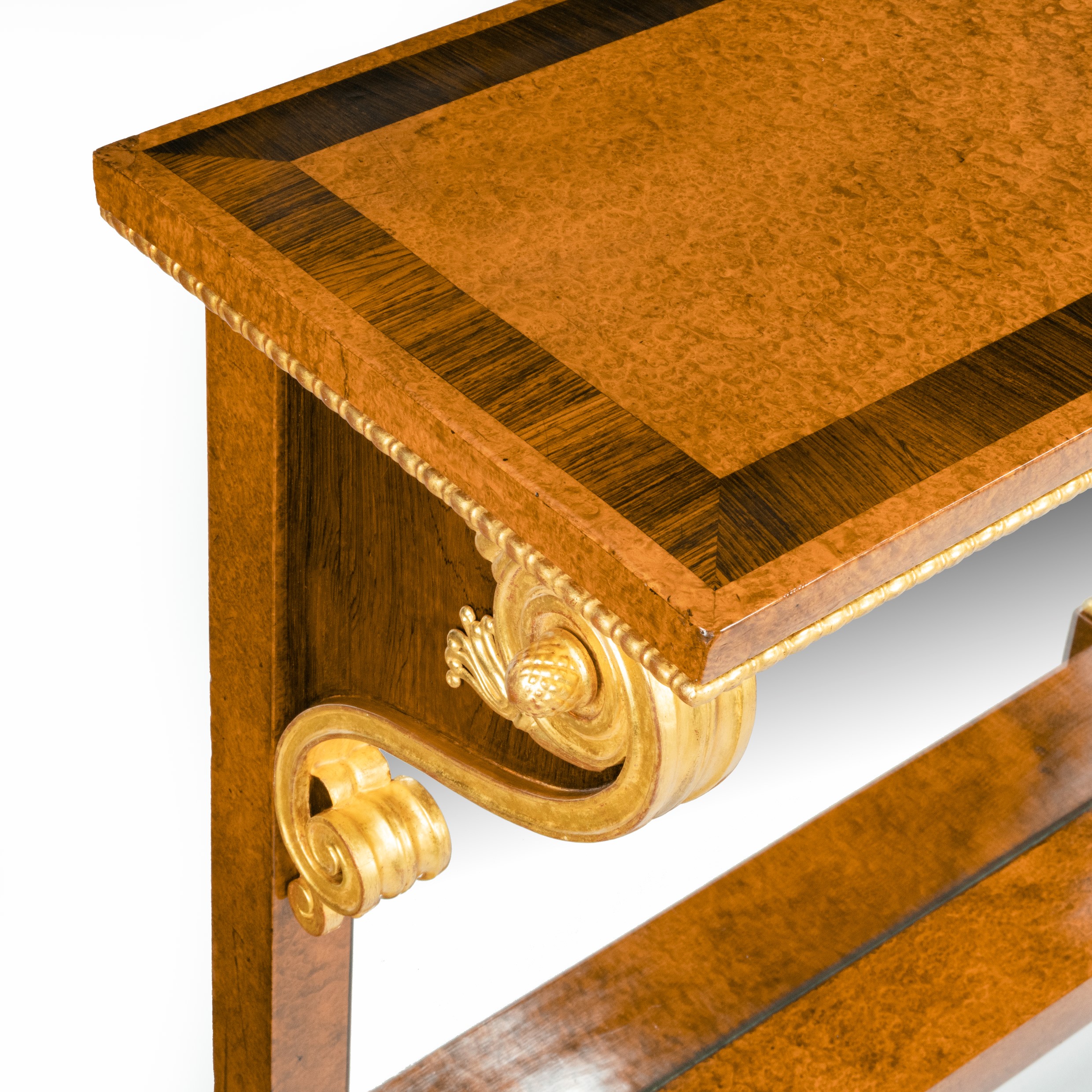 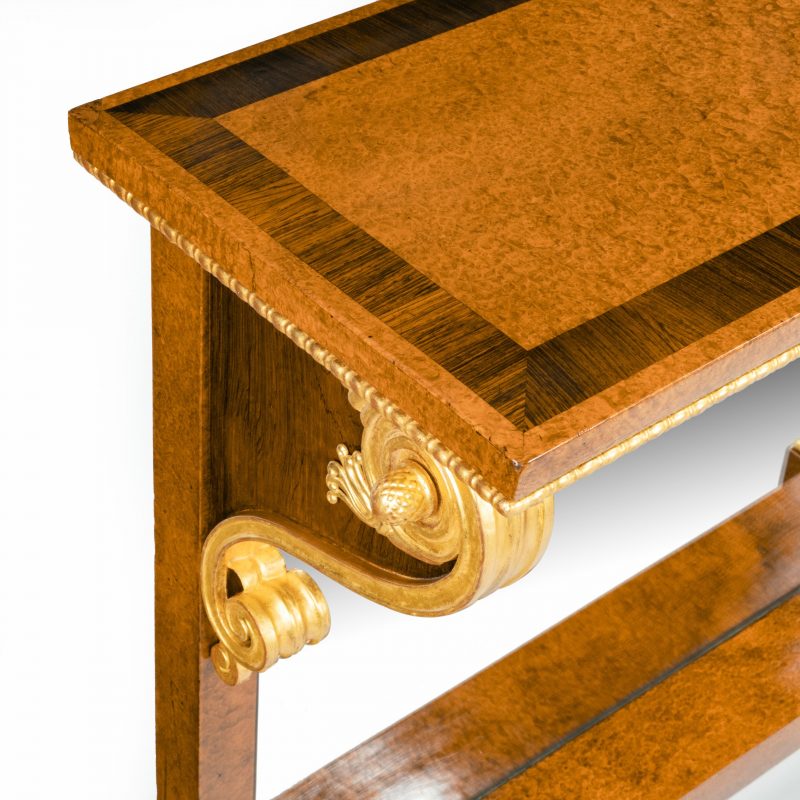 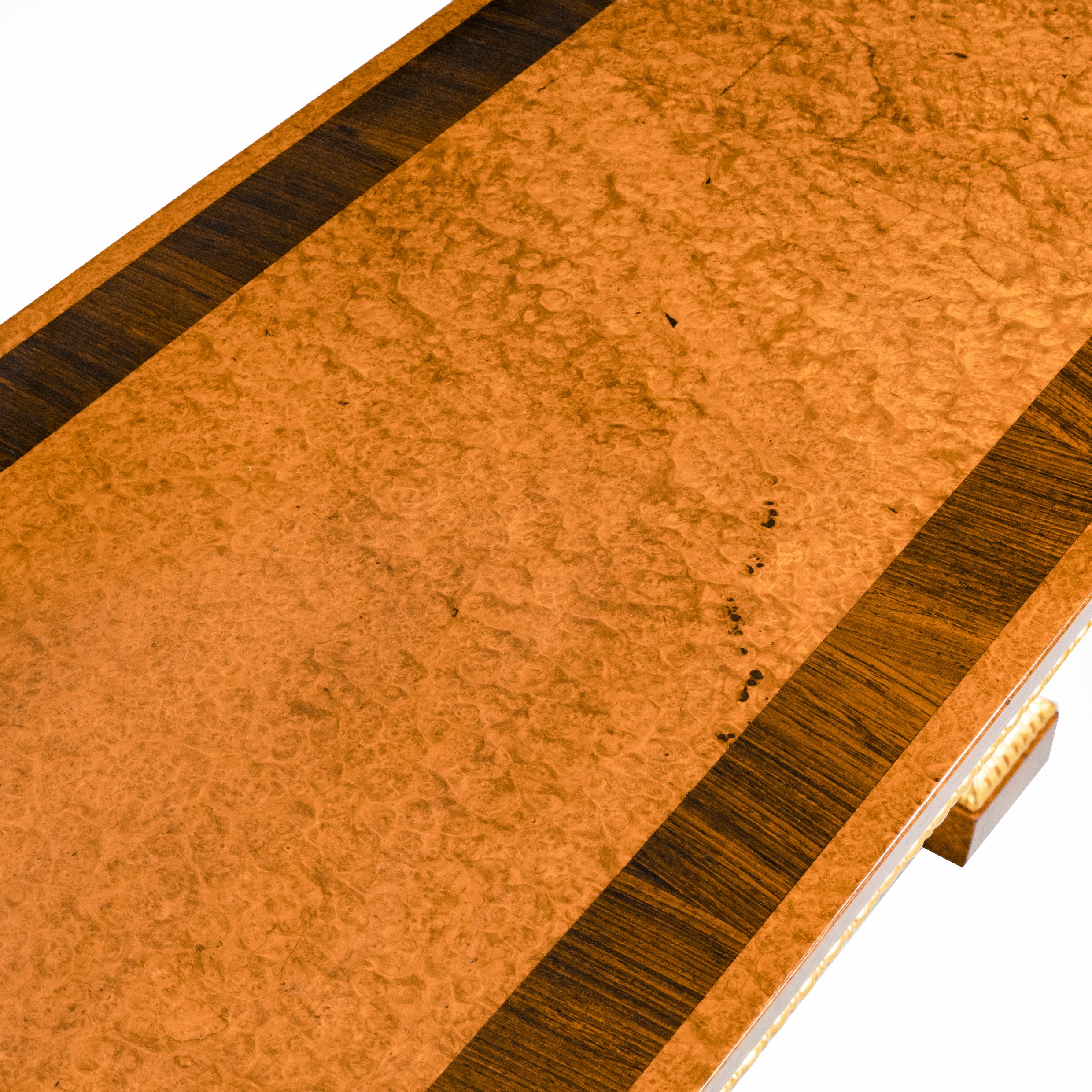 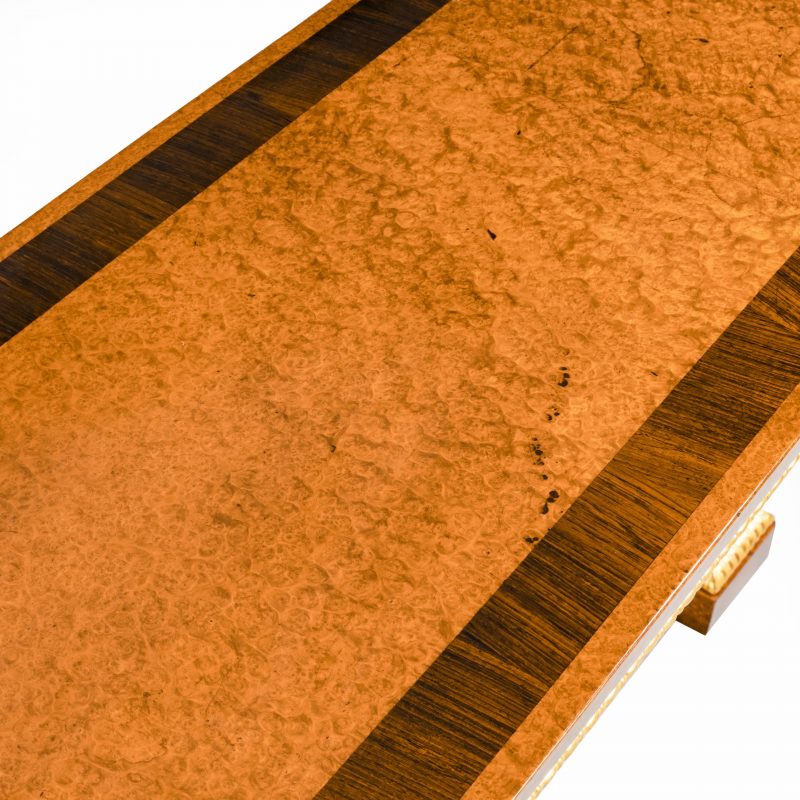 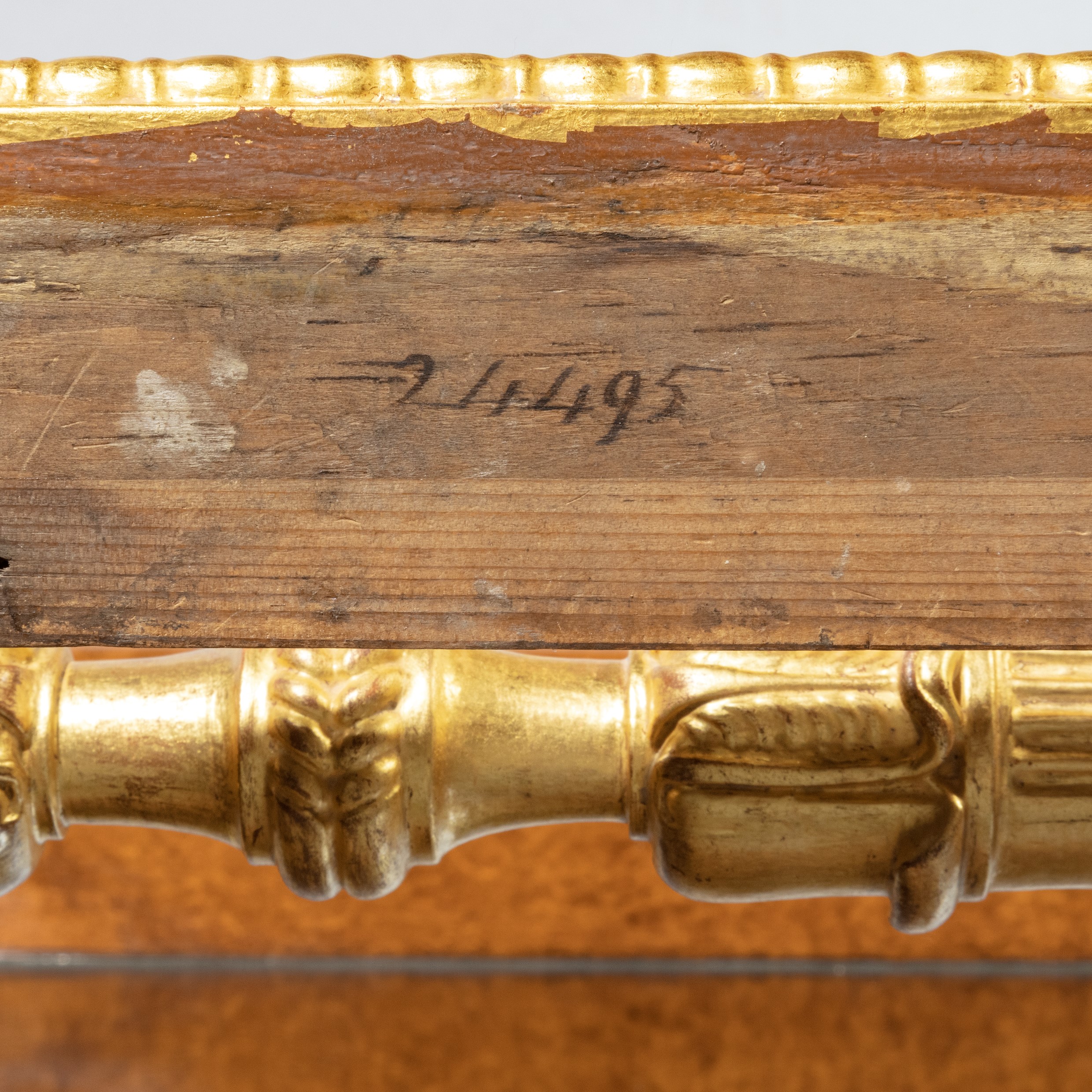 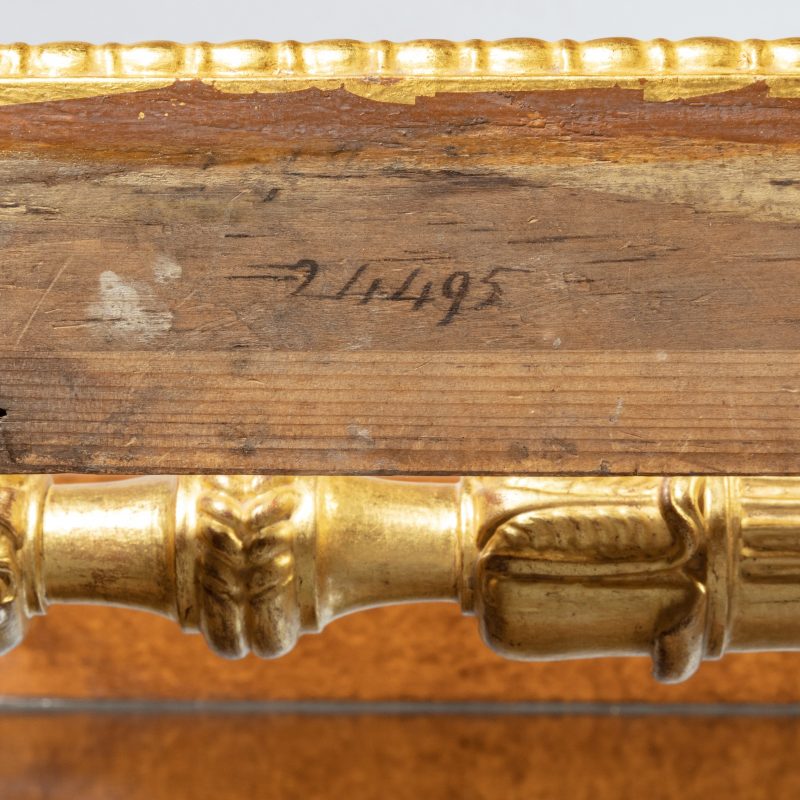 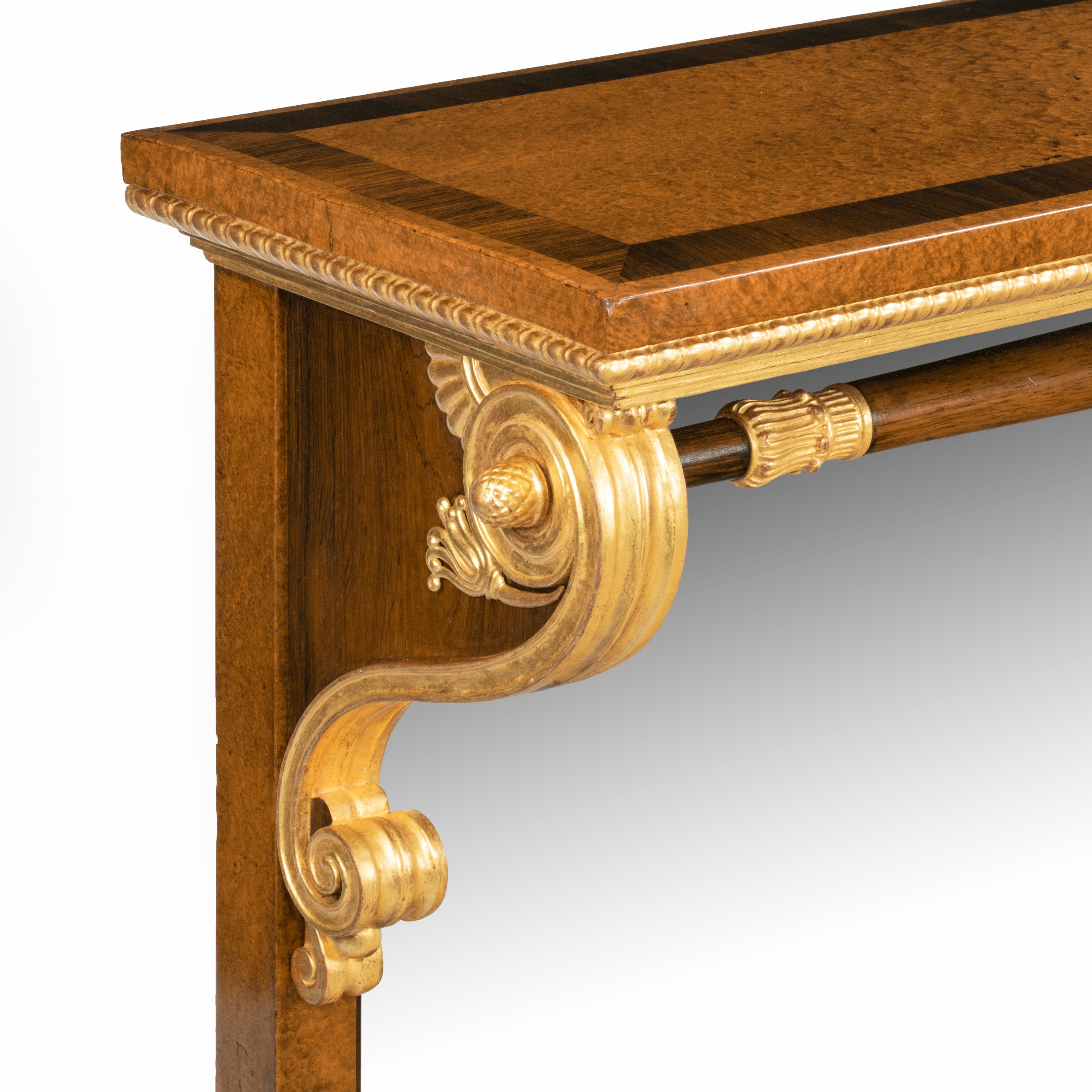 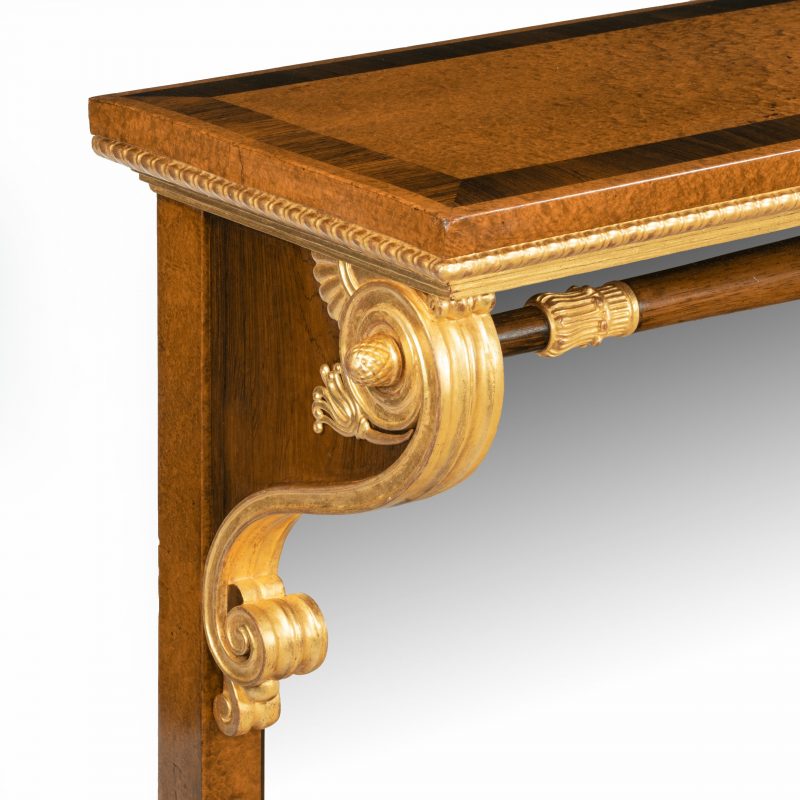 A striking George IV amboyna, rosewood and gilt console table attributed to Morel and Seddon, the rectangular top set above two monopodia with bold scrolling corbels and feet in giltwood joined by a turned and parcel stretcher set into the corbels, decorated with fields of amboyna and rosewood crossbanding and a mirror back.  Inscribed in pen 24495.  English, circa 1820.

Footnote:  George Seddon, 1796-1857, was the grandson of George Seddon of Aldersgate Street (the largest furniture manufacturer of the 18thcentury).  Nicholas Morel was of French extraction and a protégé of the architect Henry Holland and the marchand-mercier Dominique Daguerre.  Under Holland’s direction he worked on the decoration of Carlton House, official London residence of the Prince of Wales.  In 1827 Seddon and Morel formed a partnership to undertake the refurbishment of Windsor Castle for King George IV, with an enormous budget at that time of £200,000.  Numerous examples of furniture in this characteristic combination of amboyna and gilt are illustrated by Hugh Roberts in For the King’s Pleasure, The Furnishing and Decoration of George IV’s Apartments at Windsor Castle, London 2001.  This commission inevitably encouraged other patrons, from the Marquess of Stafford to Liverpool Town Council and the firm continued successfully until Seddon devoted himself to painting.  He trained in Paris in 1841 and then travelled widely in Egypt and the Holy Land with the Pre-Raphaelite William Holman Hunt. He had a picture accepted by the Royal Academy in 1852.