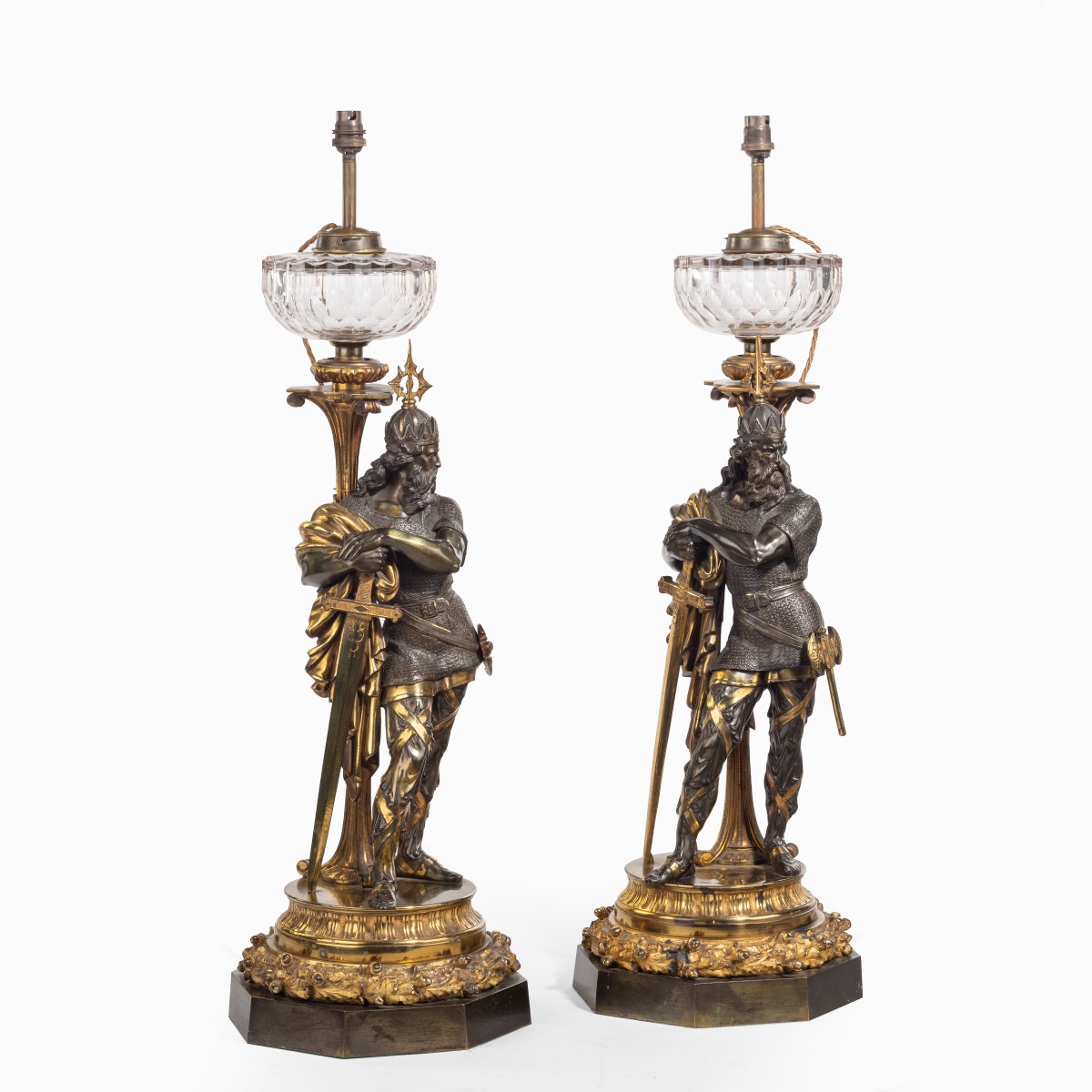 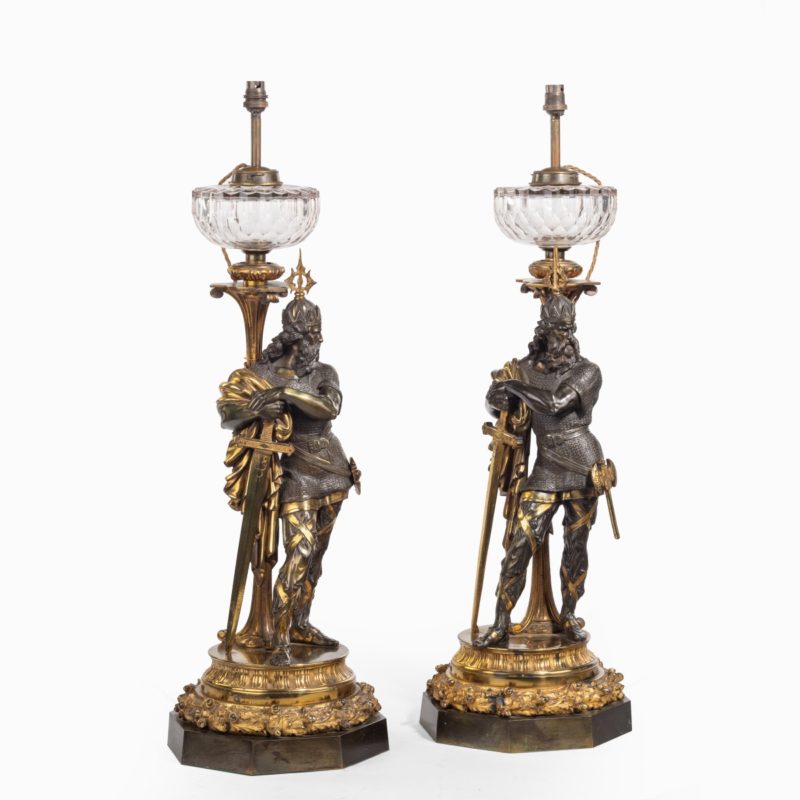 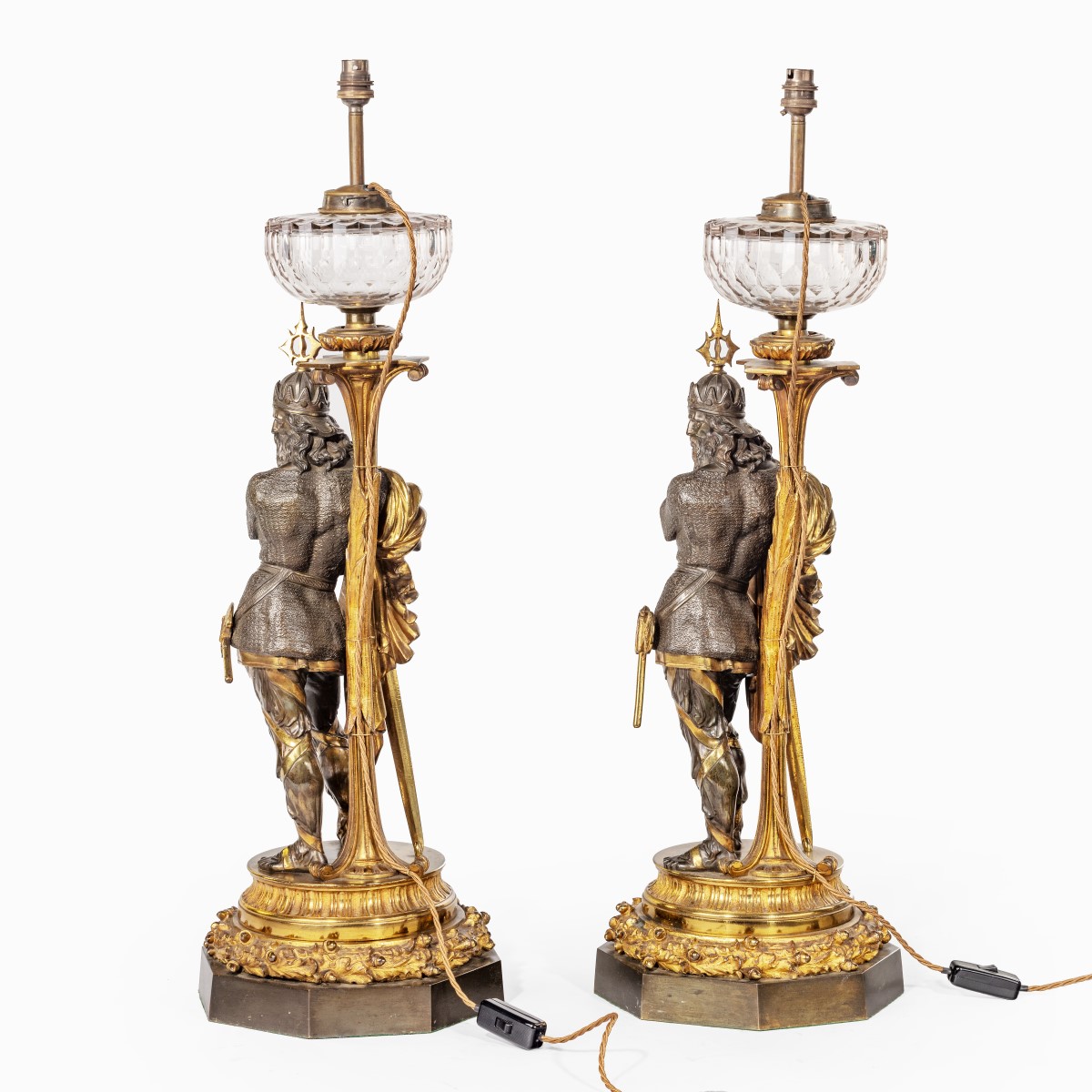 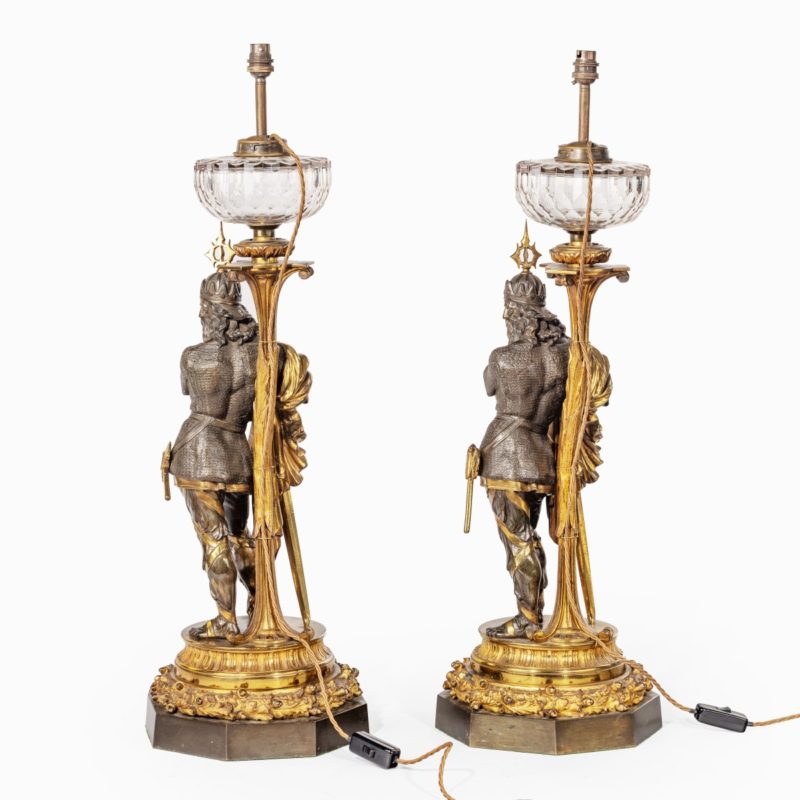 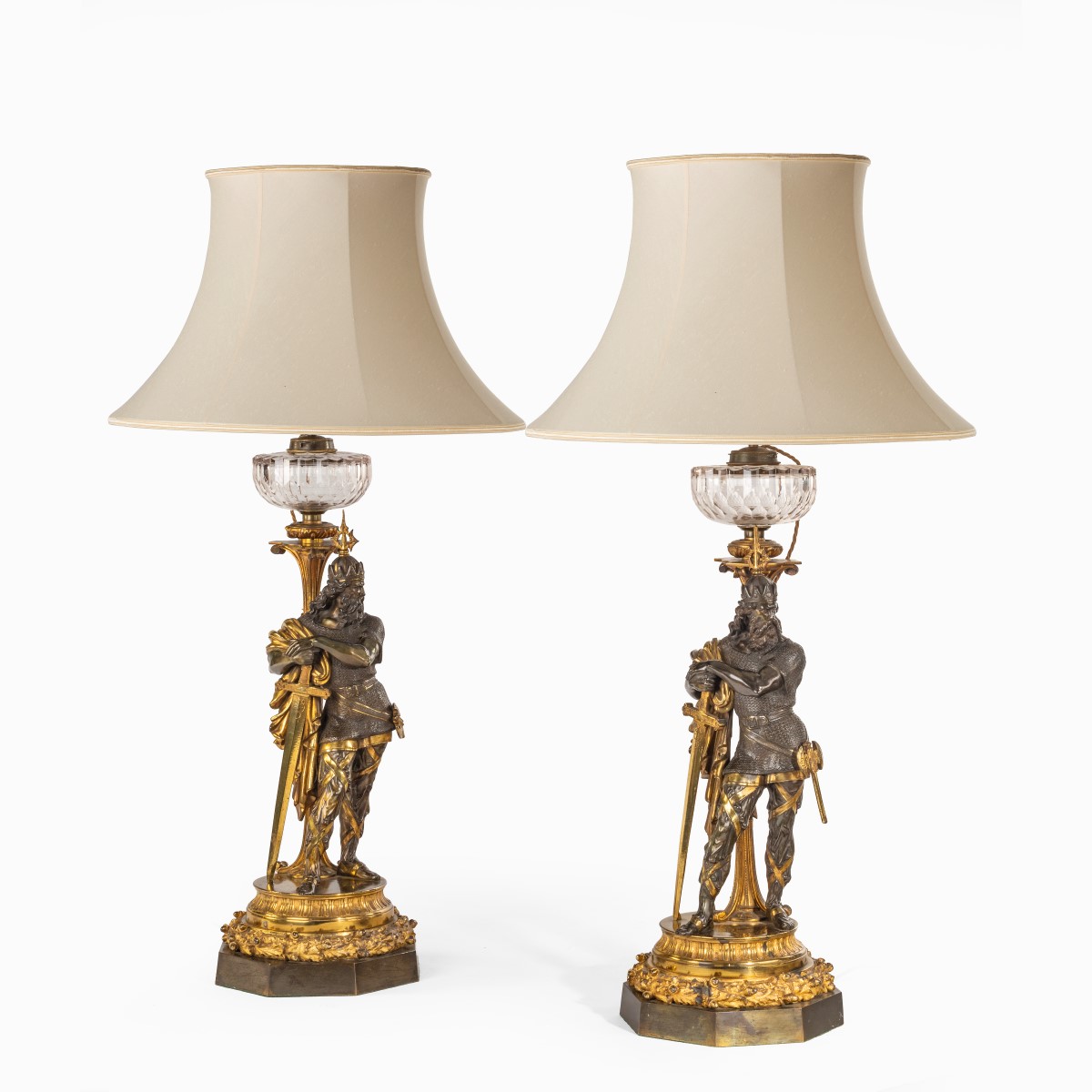 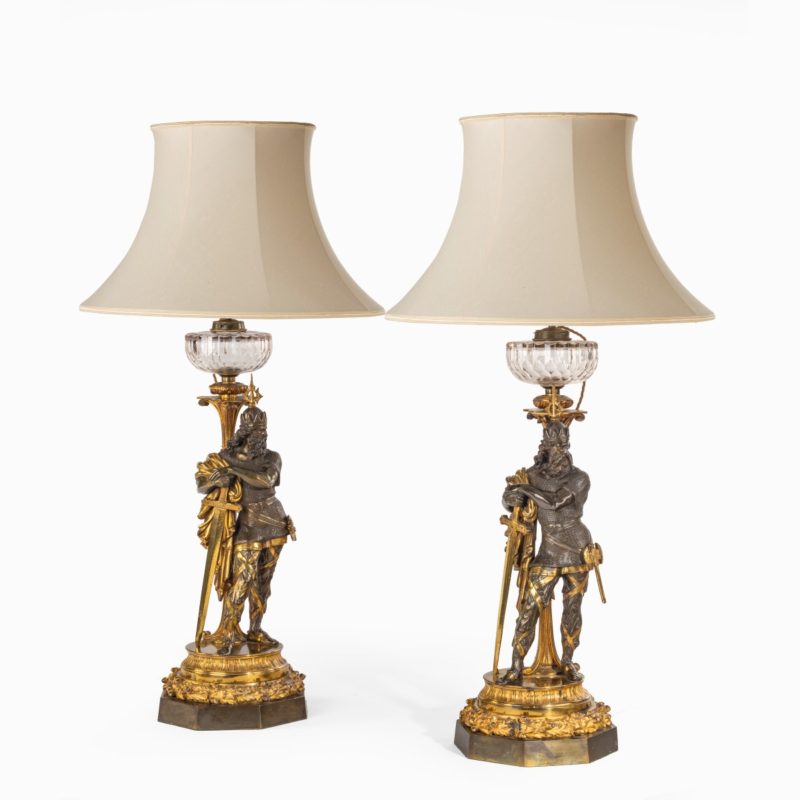 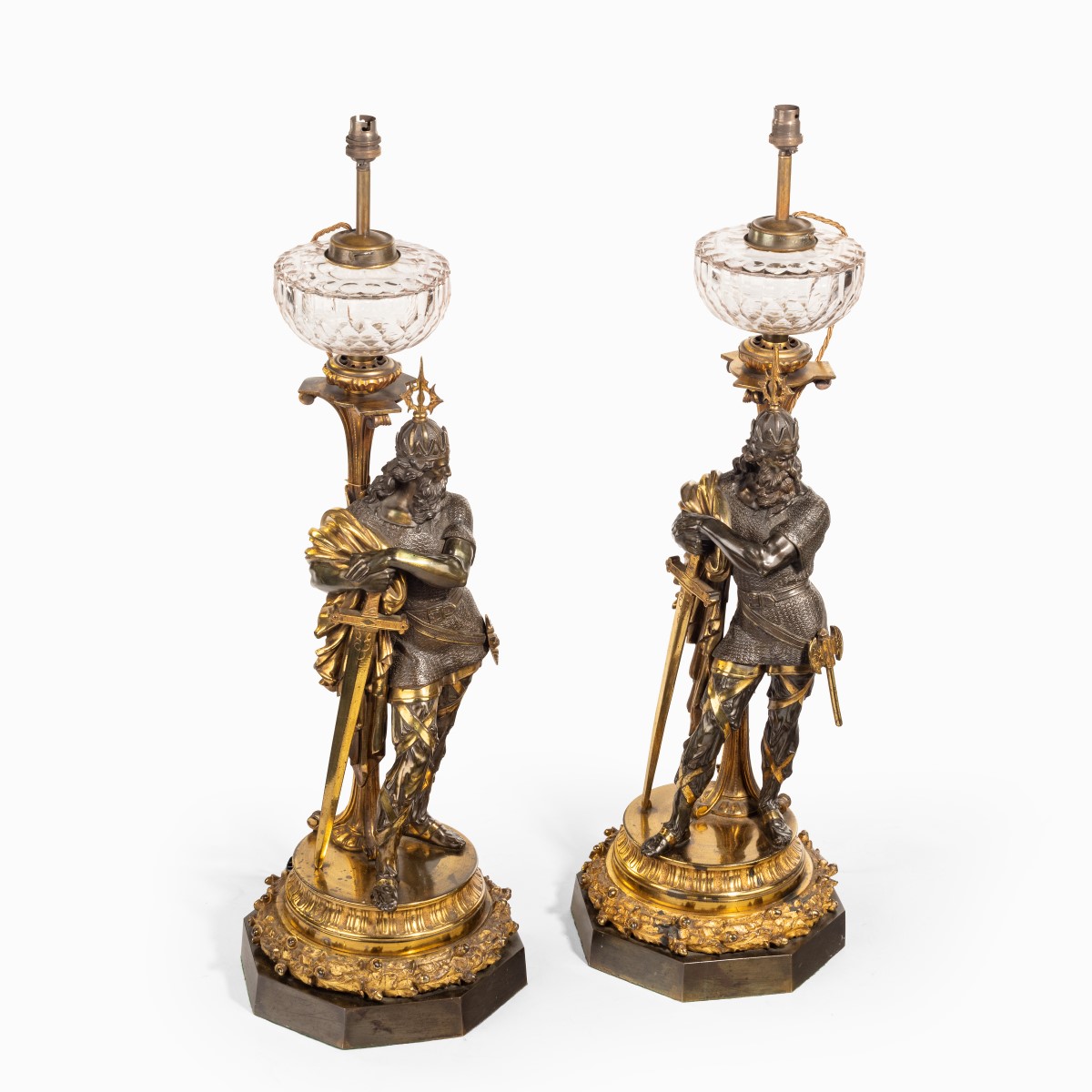 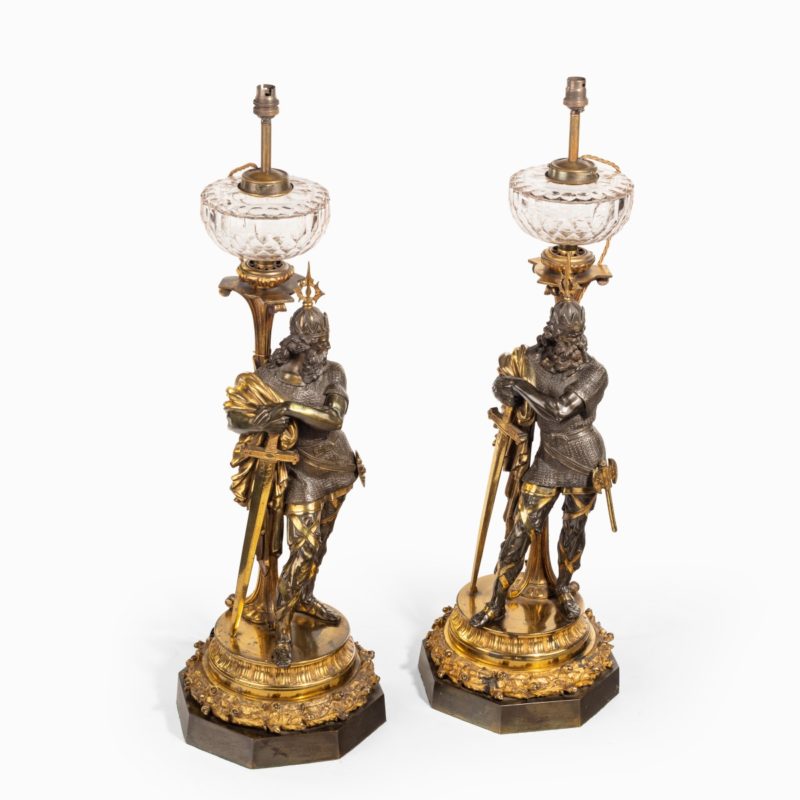 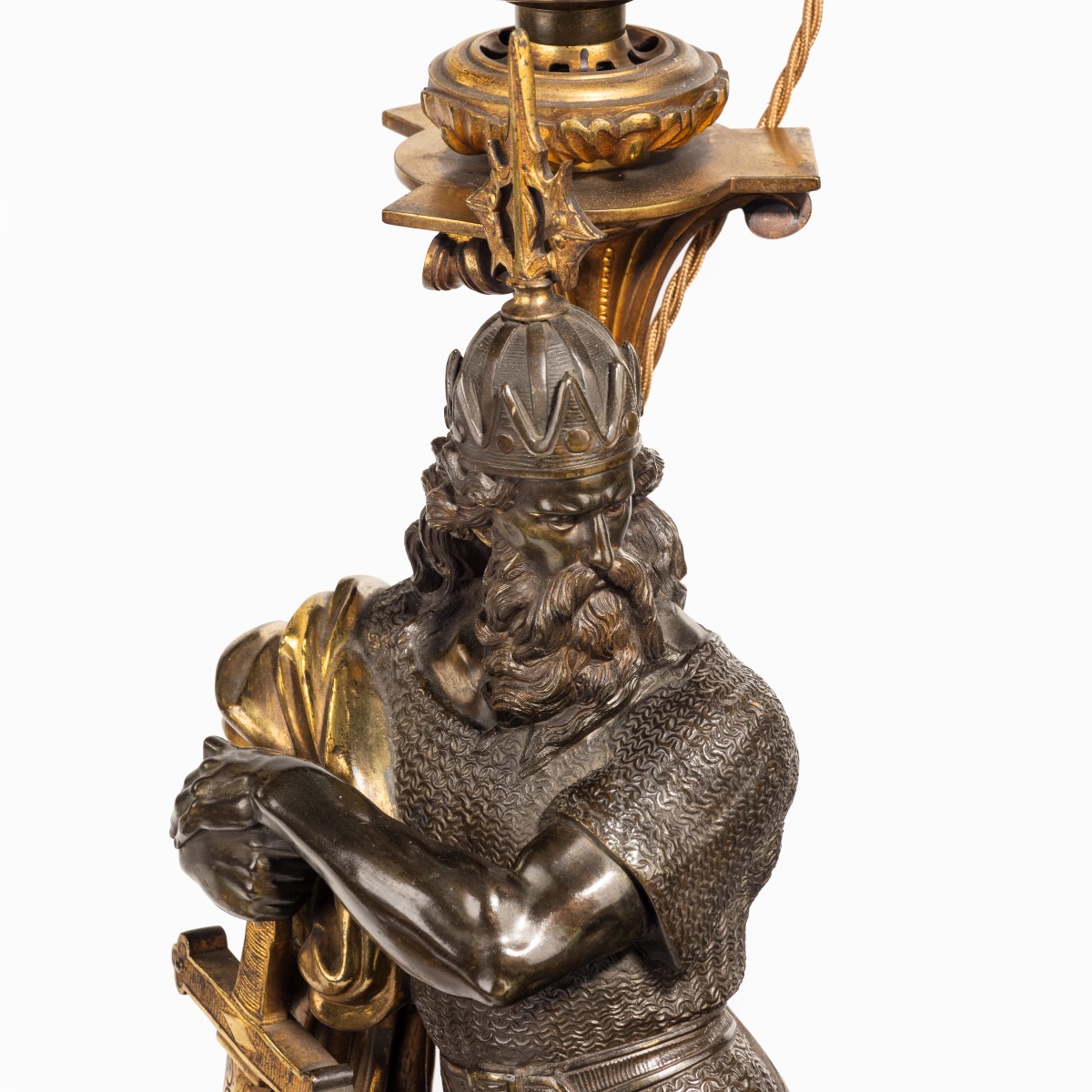 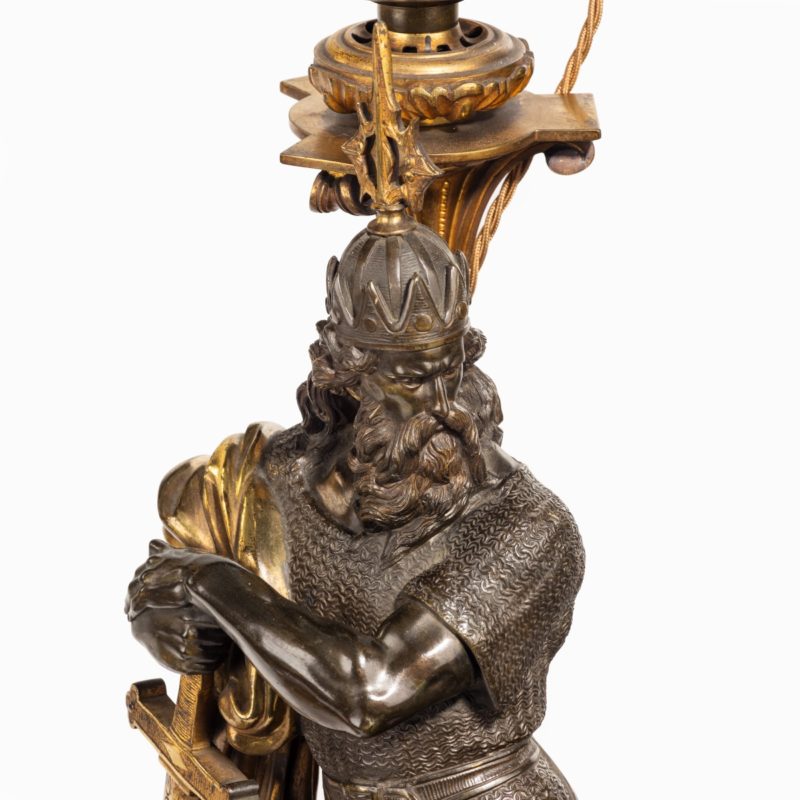 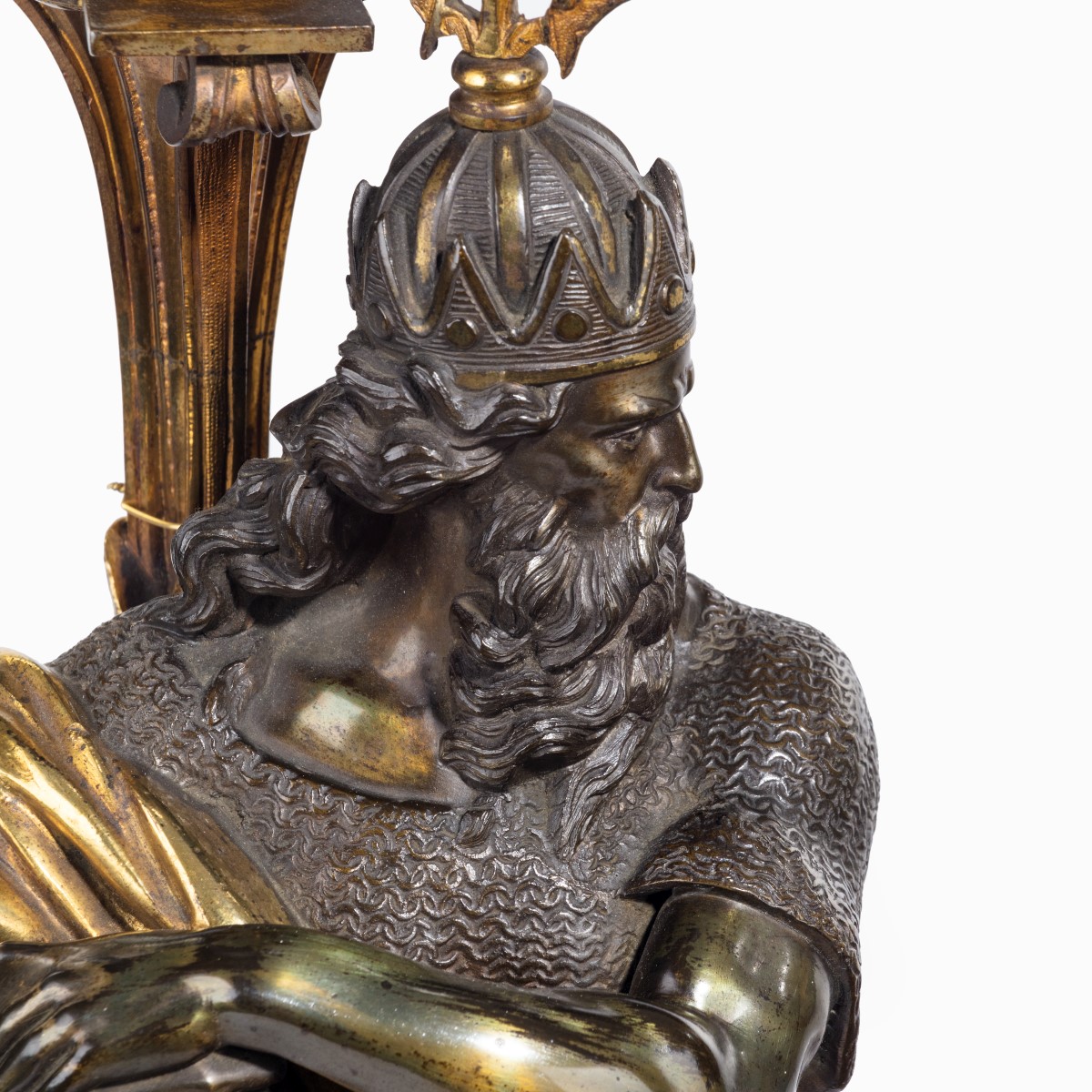 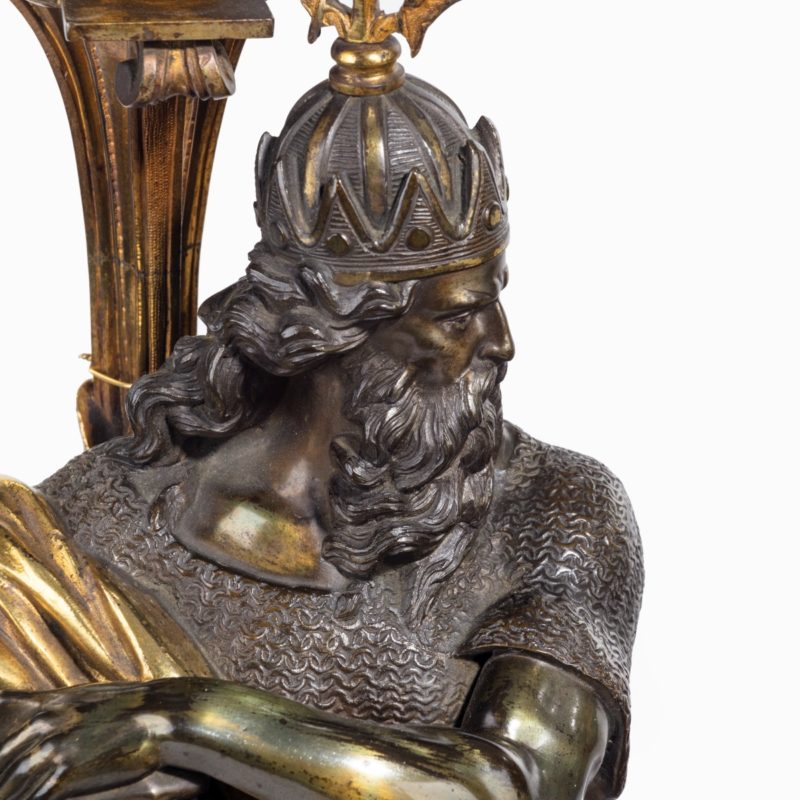 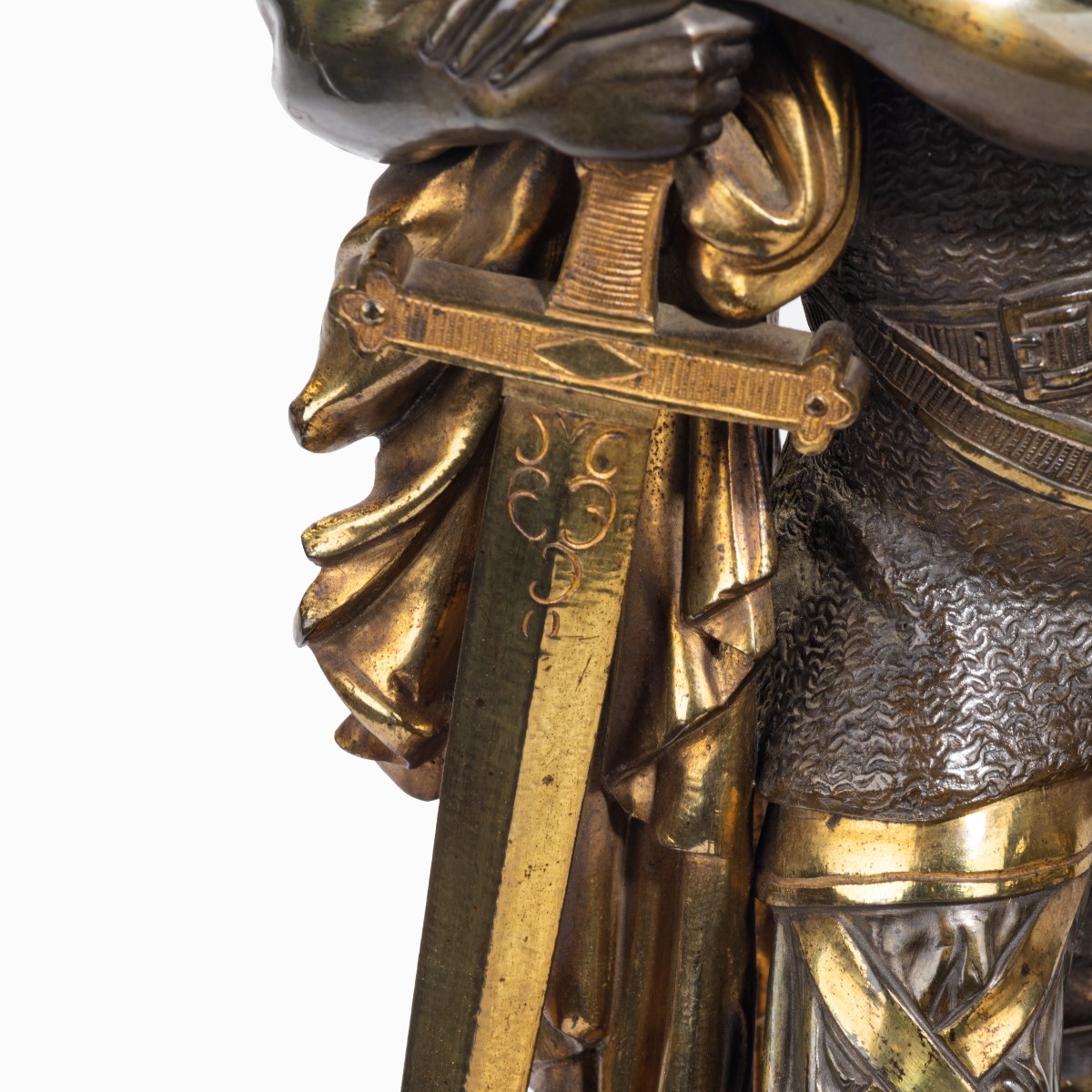 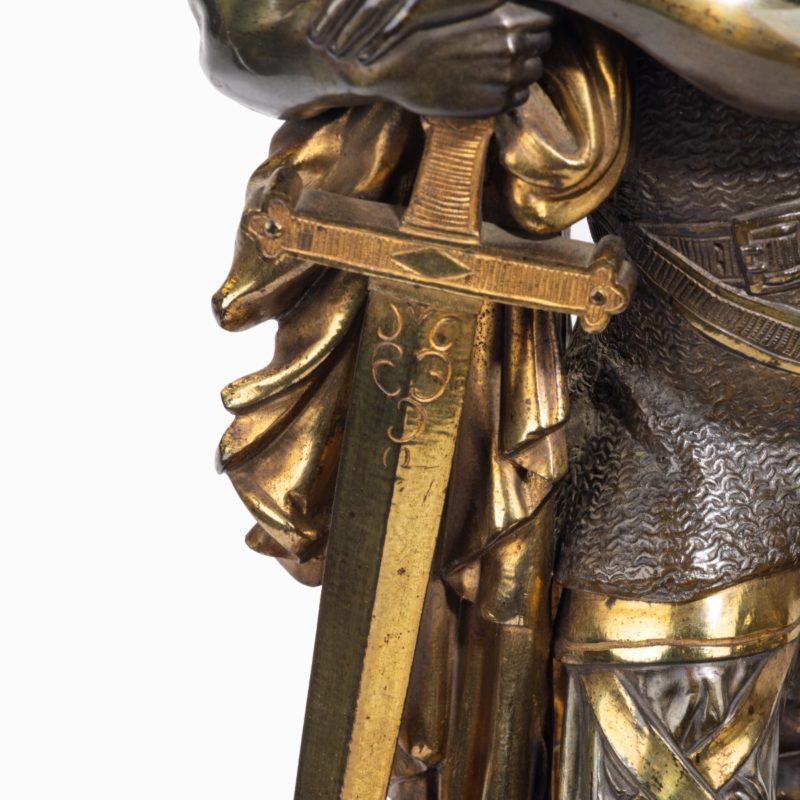 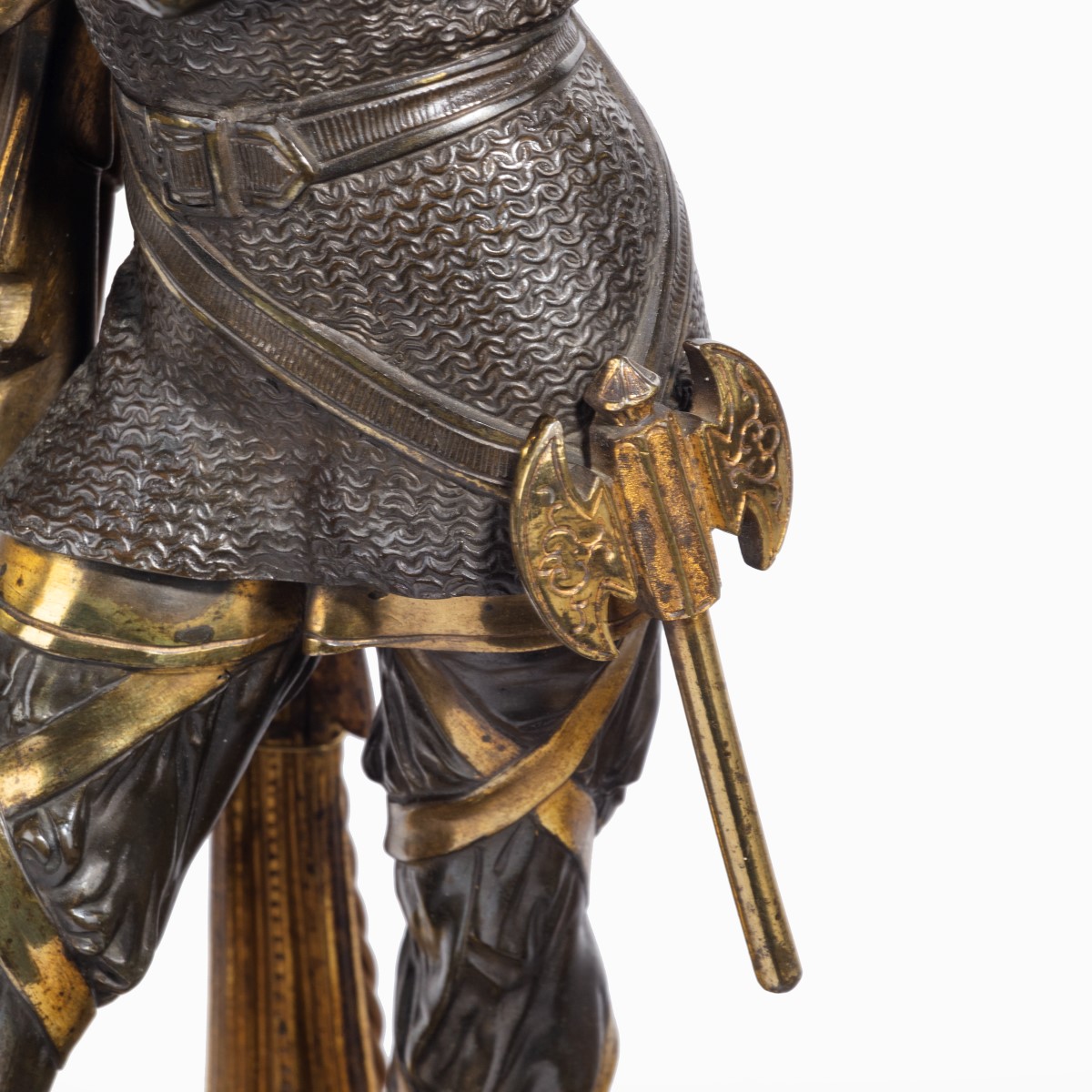 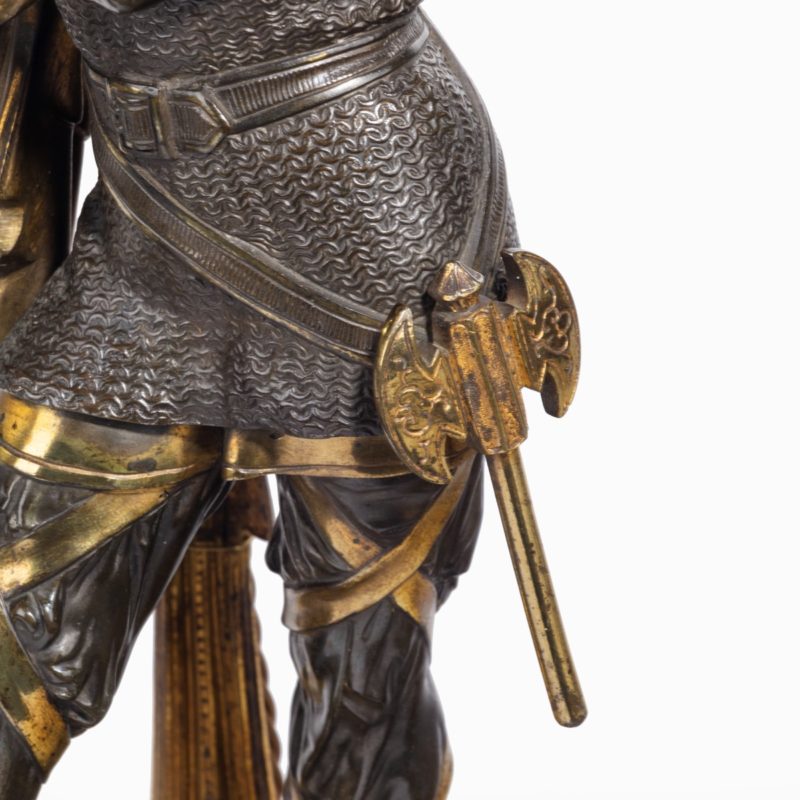 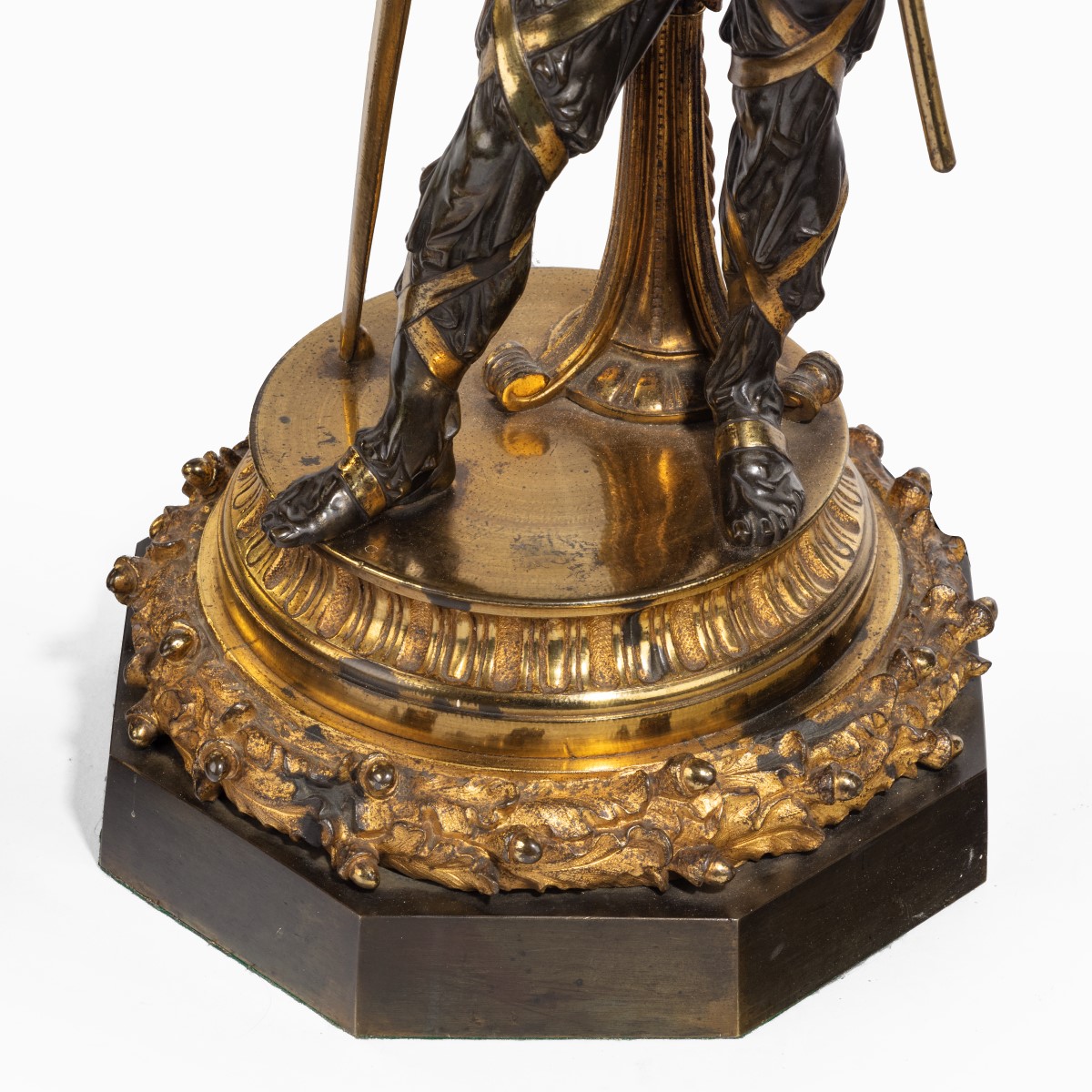 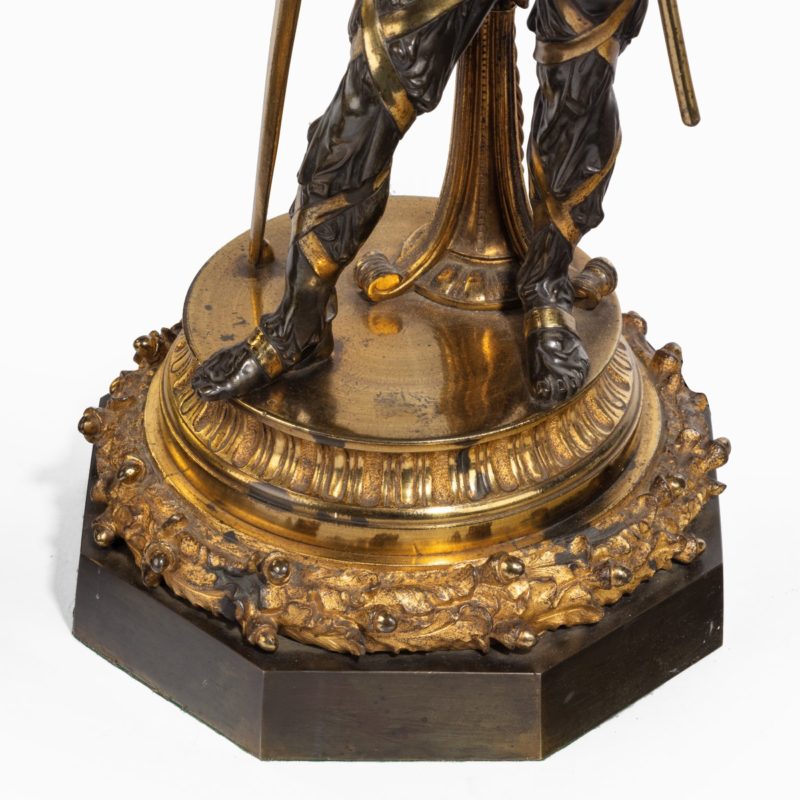 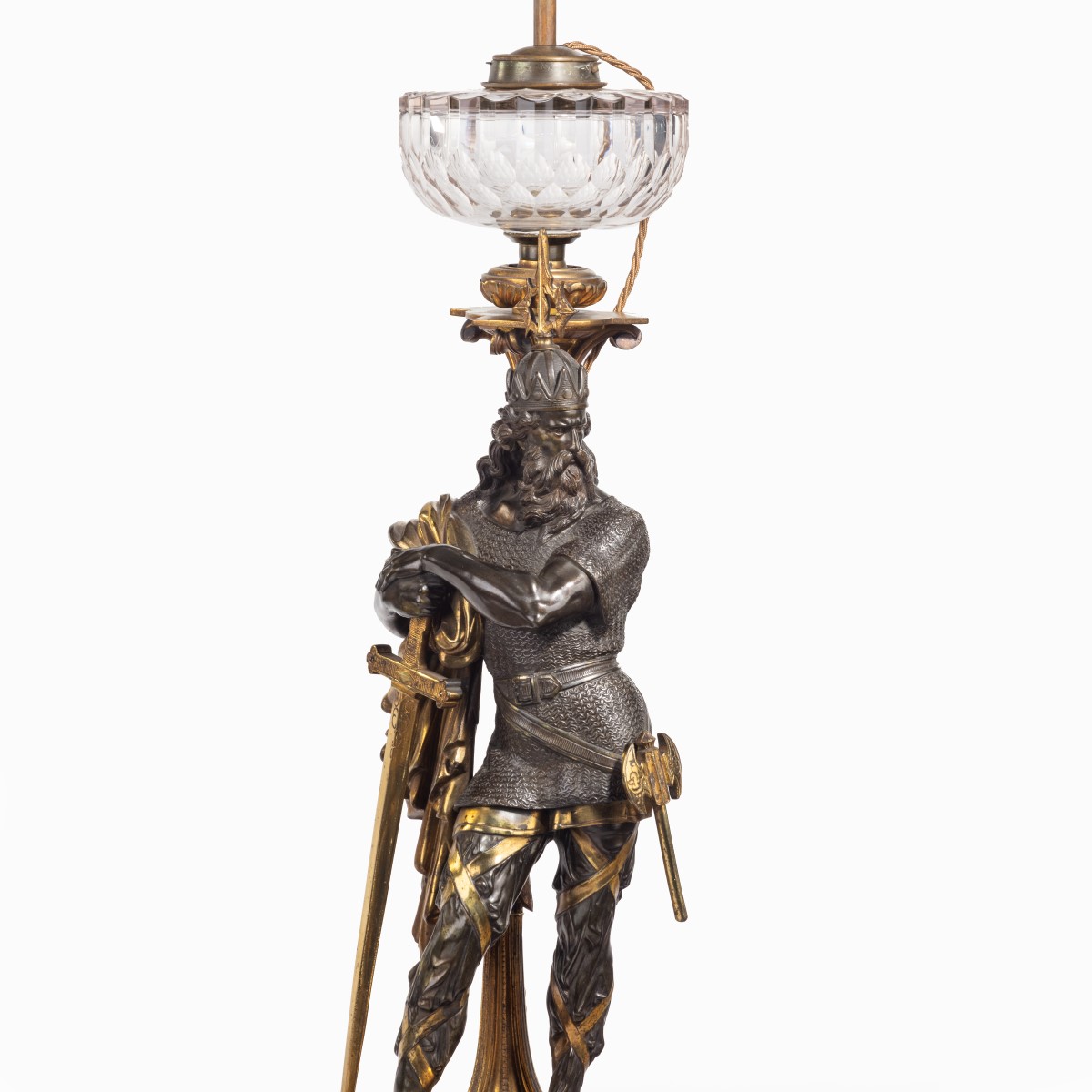 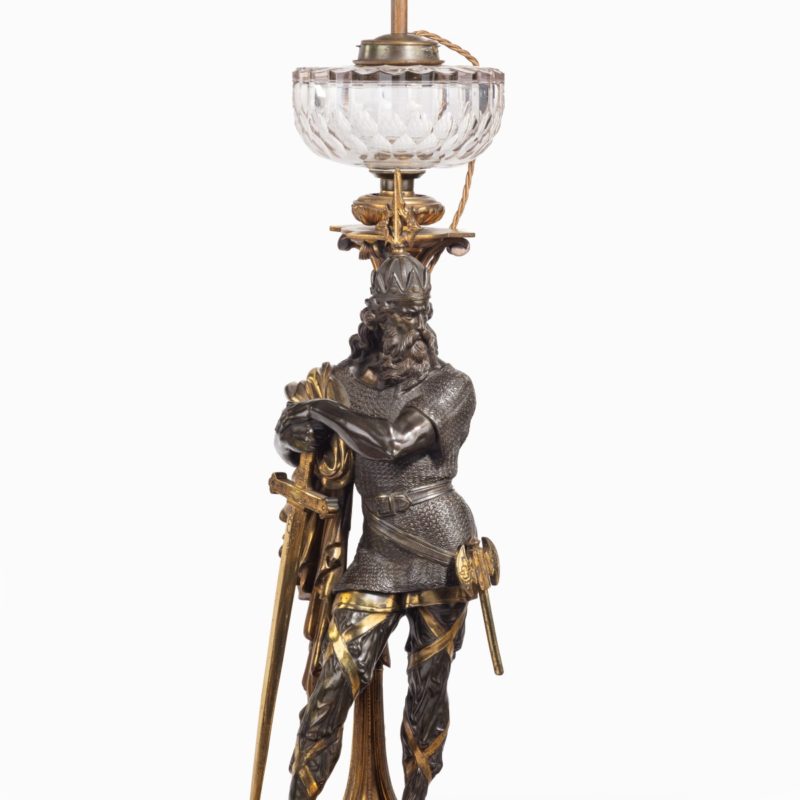 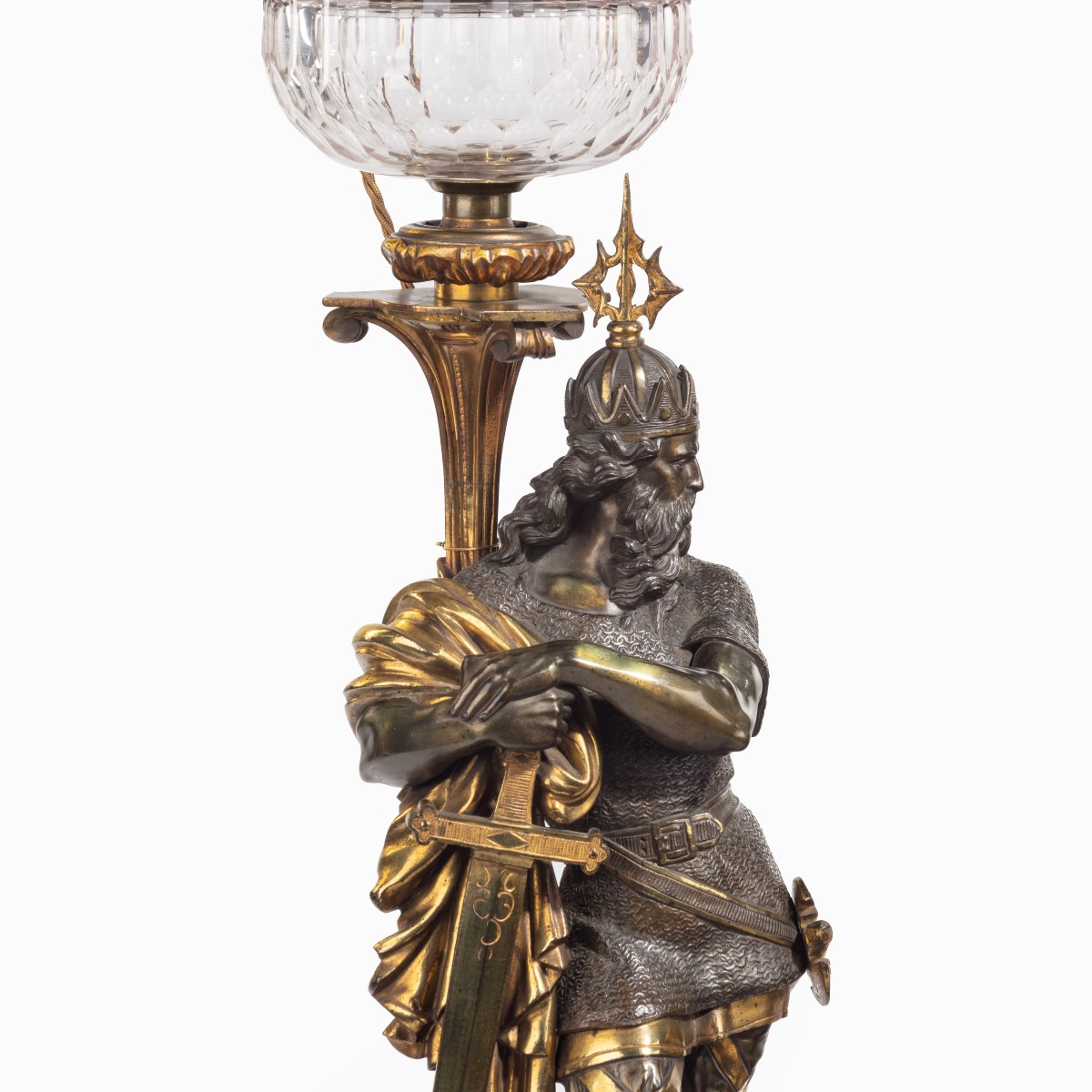 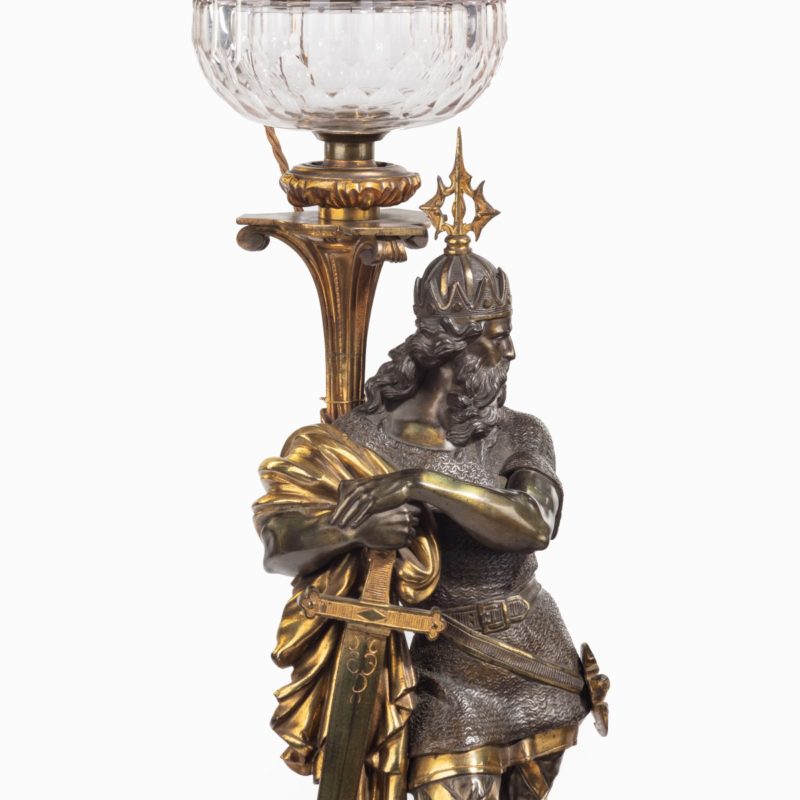 A very fine pair of mid-Victorian parcel gilt bronze oil lamps, by Hinks, each modelled as a bearded warrior dressed in the style of a Saxon king with a crowned helmet, broadsword and double-headed battle axe, standing in front of a slender scroll support surmounted by a cut glass oil reservoir, all set on a shaped ormolu base encircled with a victor’s wreath of oak leaves, and raised on an octagonal bronze base, converted to electricity, stamped ‘Hinks & Sons Patent’ on the fitting. English, circa 1860.

Footnote: James Hinks (1816-1905).  Leaving home at 16 he tried many trades from wood turning, japanning, brush making, die sinking, medal making and even being a pub landlord, before manufacturing oil lamps. Working from the Crystal Lamp Works, Great Hampton Street, Birmingham, he was joined by his son Joseph and renamed the company ‘James Hinks and Son in 1862’.  They won a patent for ‘improvements in lamps’ the following year and swiftly launched the ‘Patent Duplex Lamp’, which using two wicks instead of one, gave out twice the light.  By the turn off the century the company had bases in London and Birmingham, supplying railway companies for trains, stations and signals. To the domestic market, Hinks’ lamps were ‘a byword for domestic beauty’.