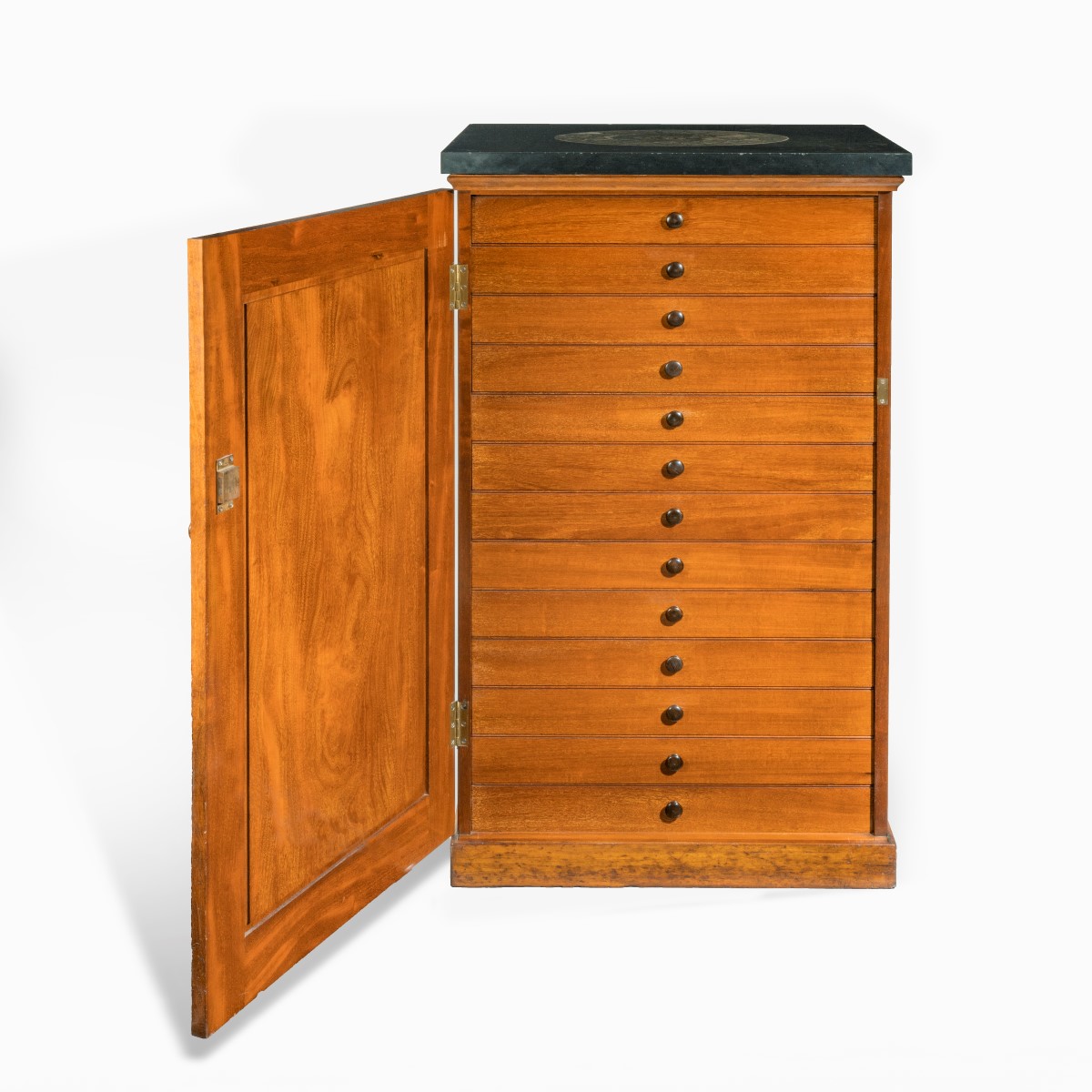 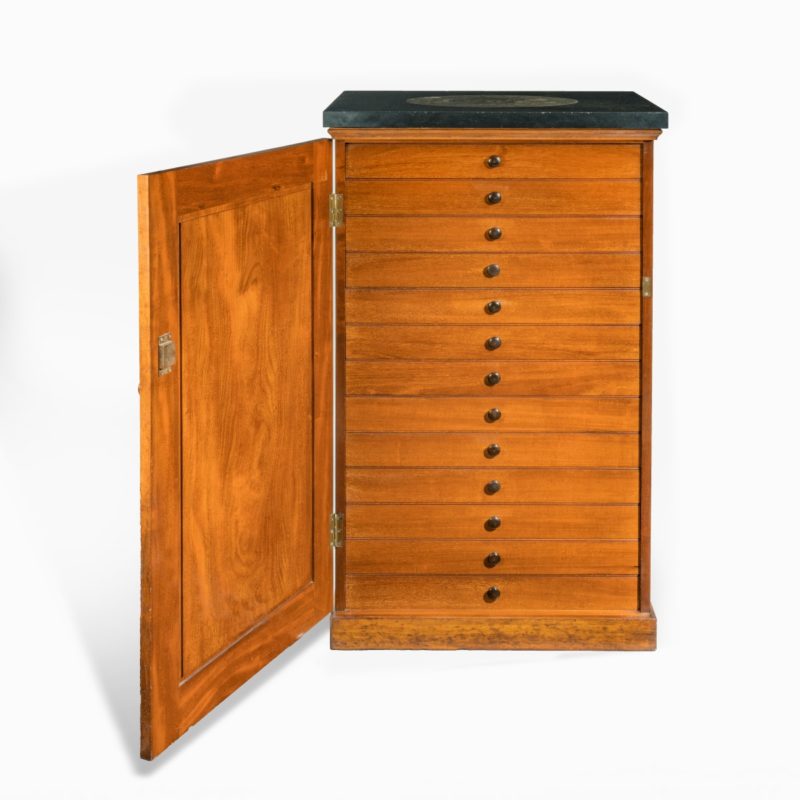 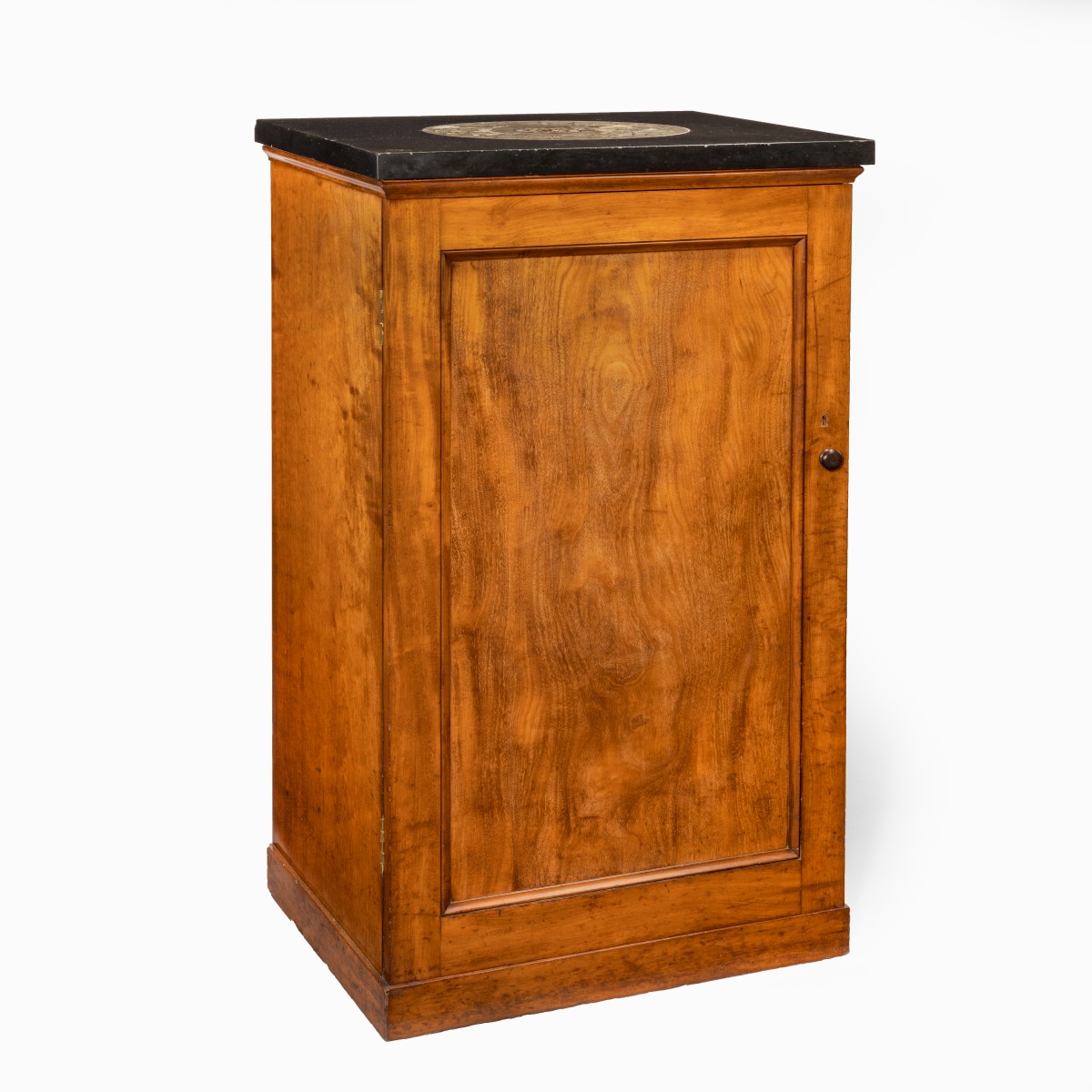 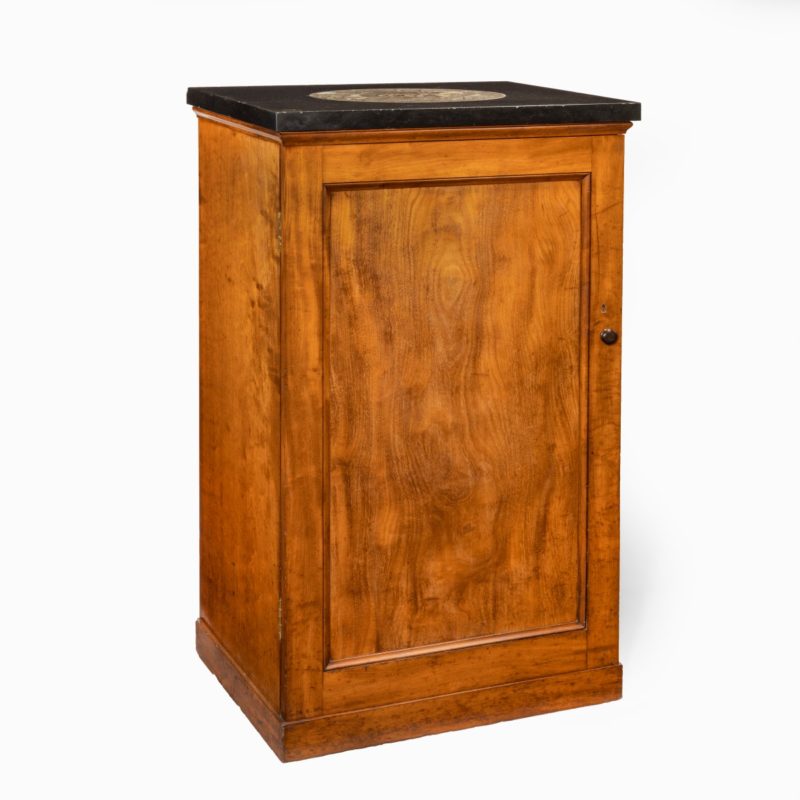 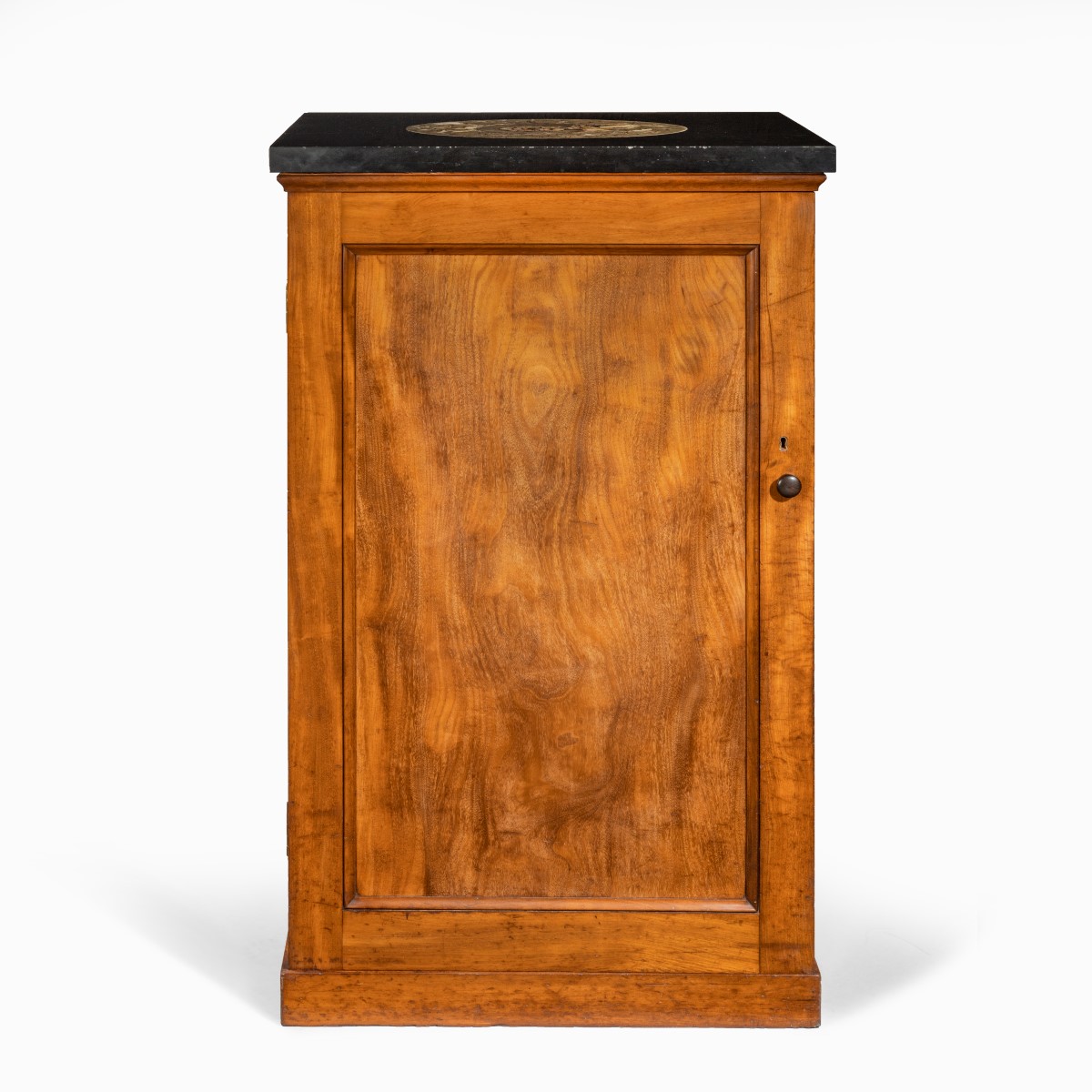 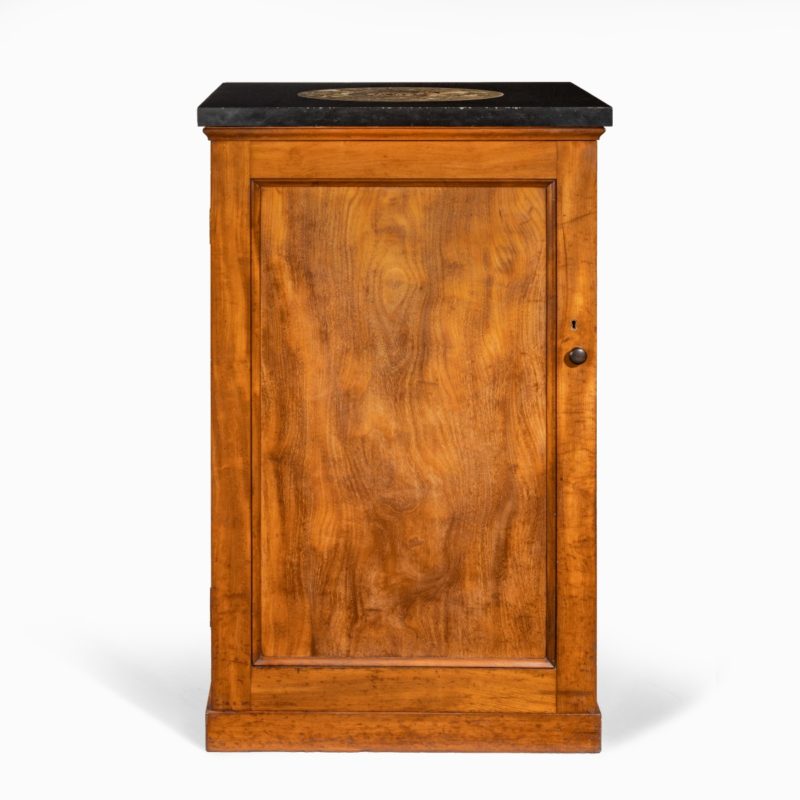 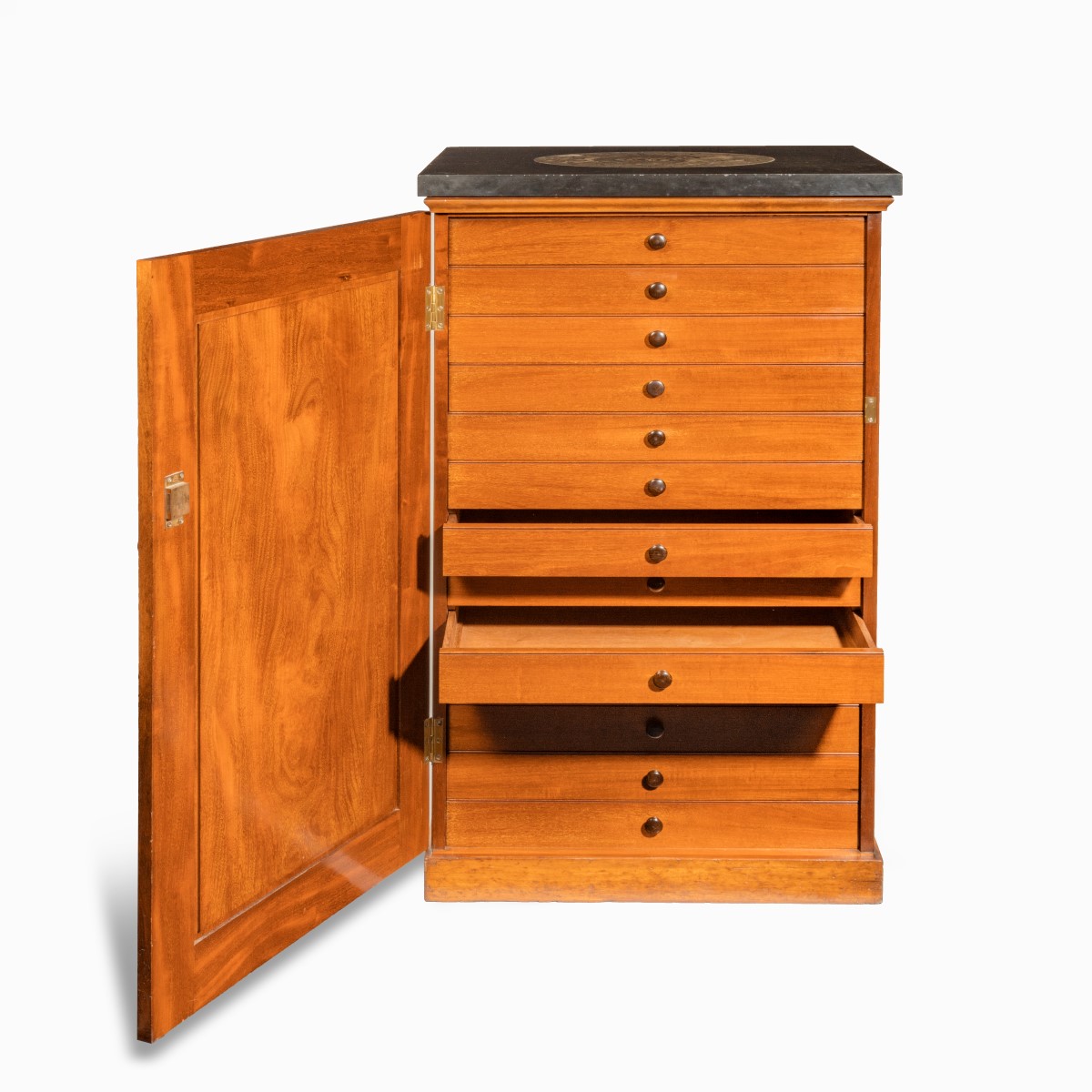 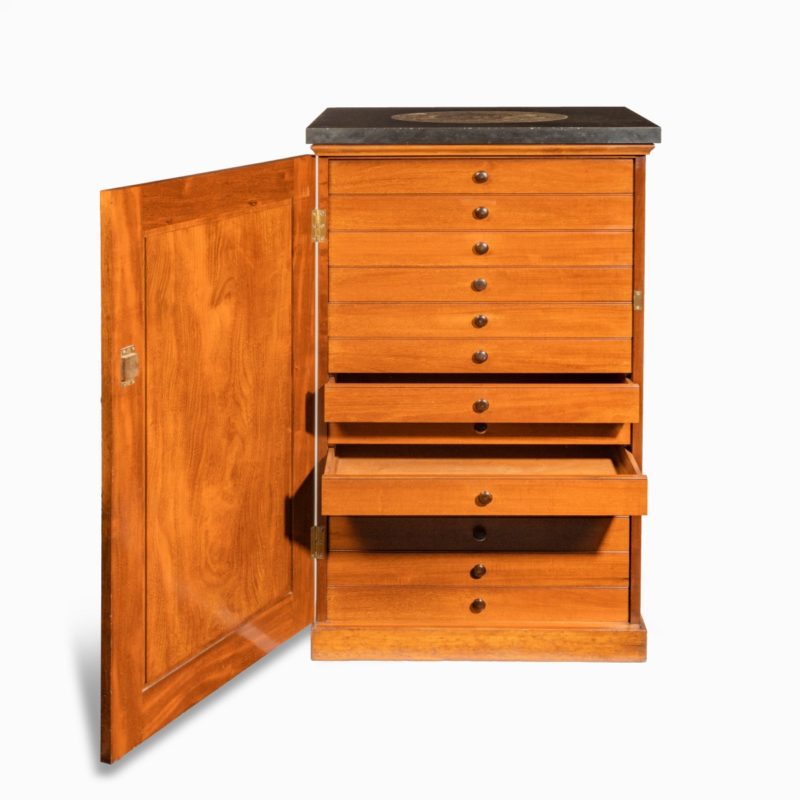 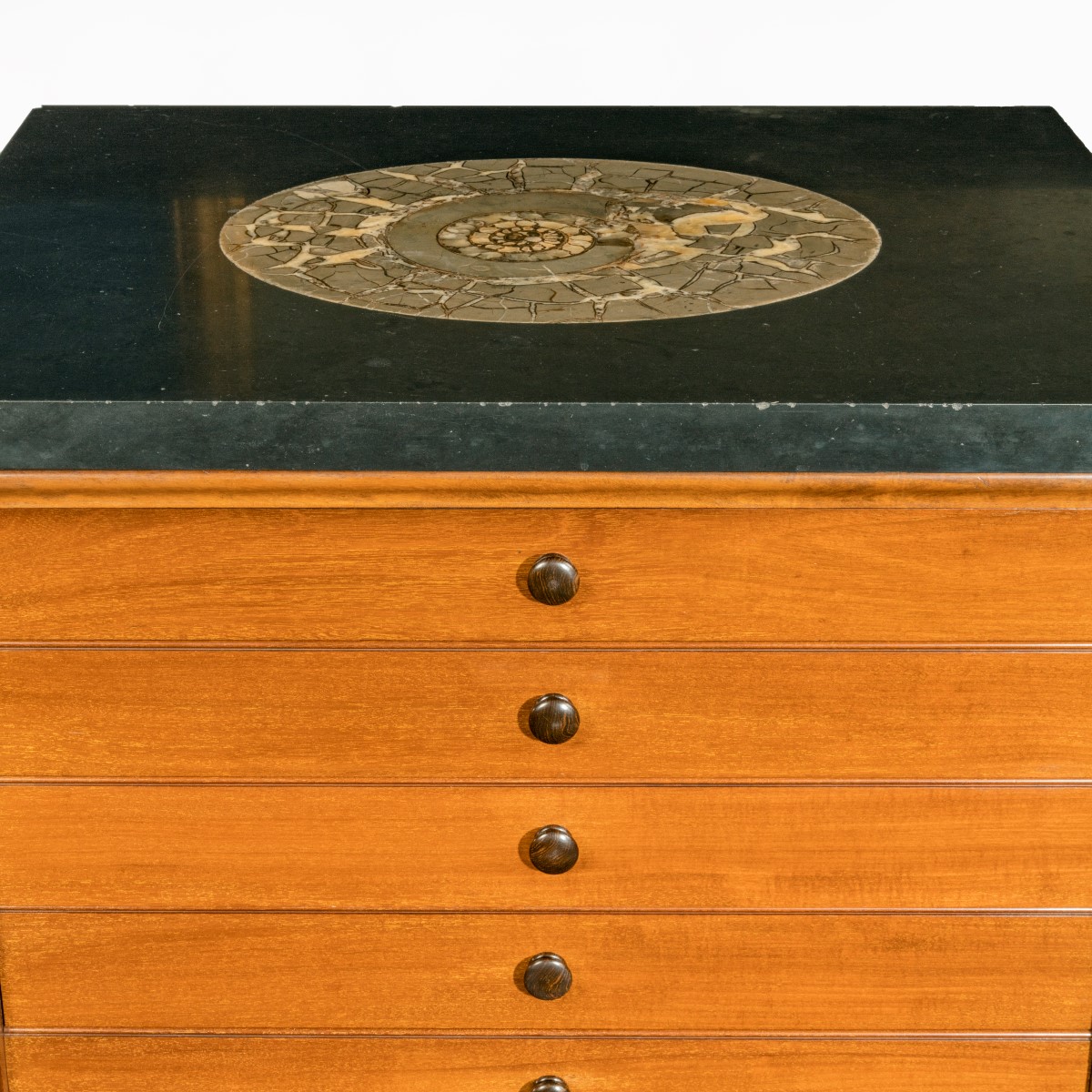 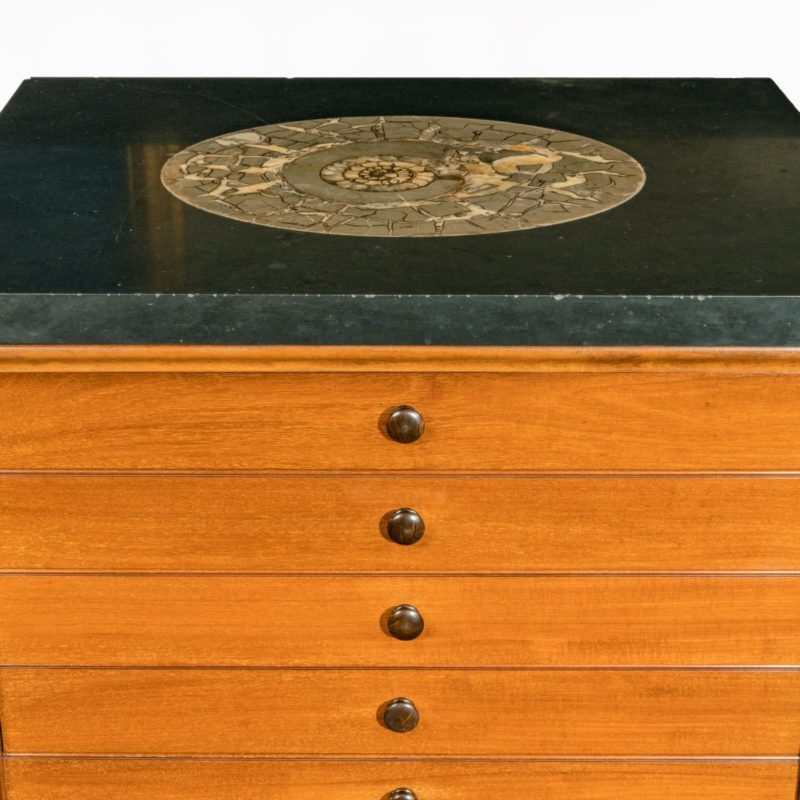 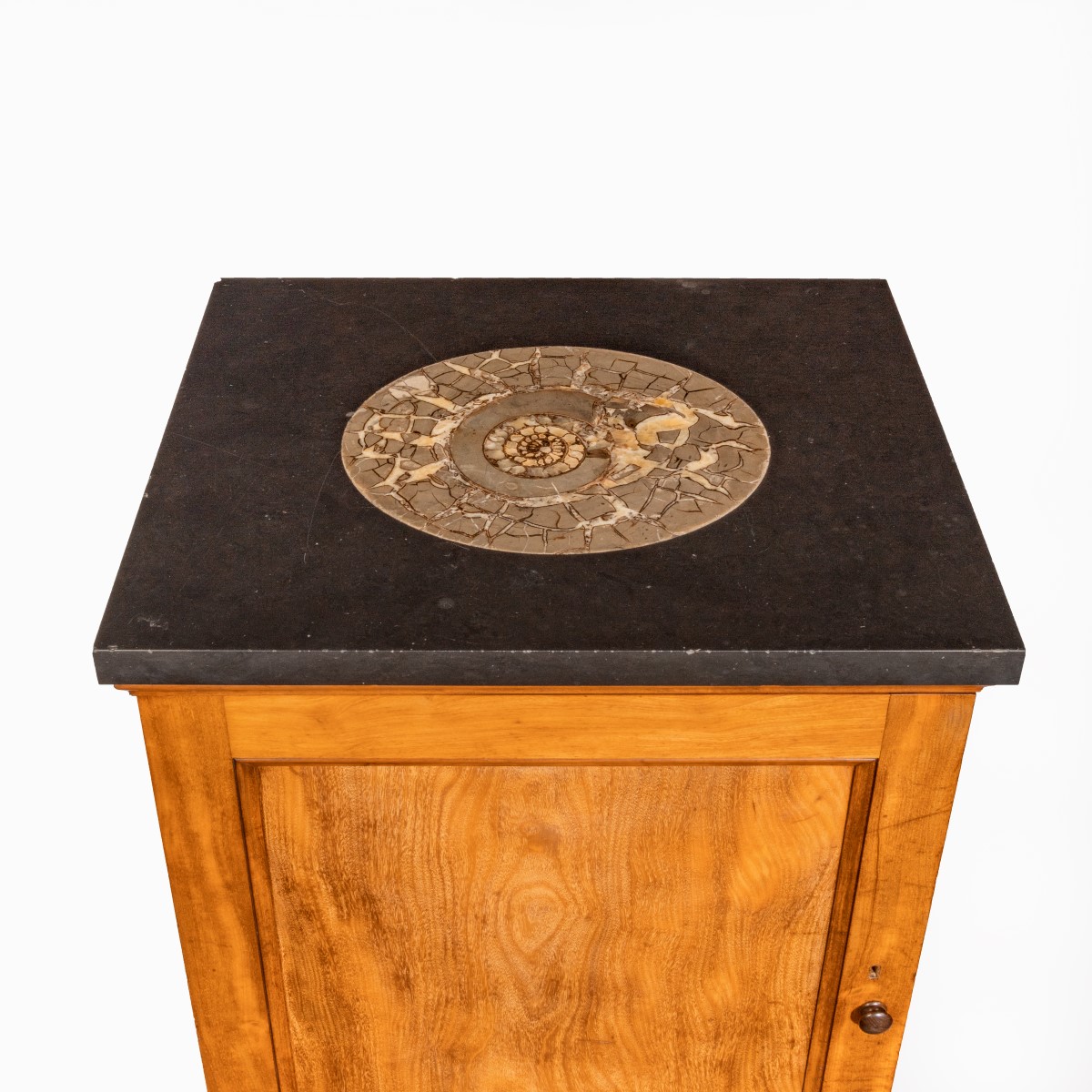 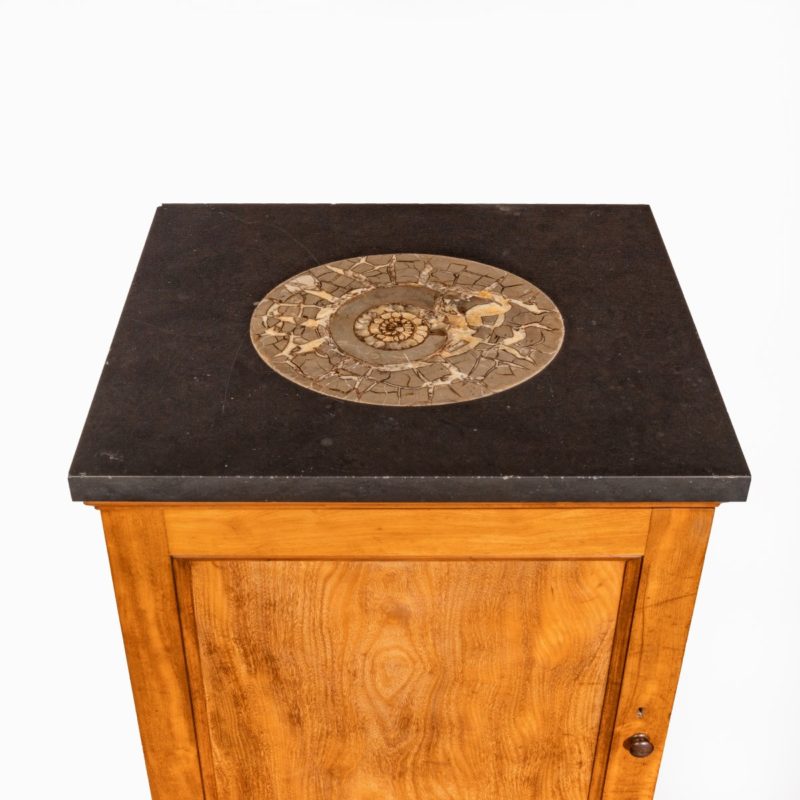 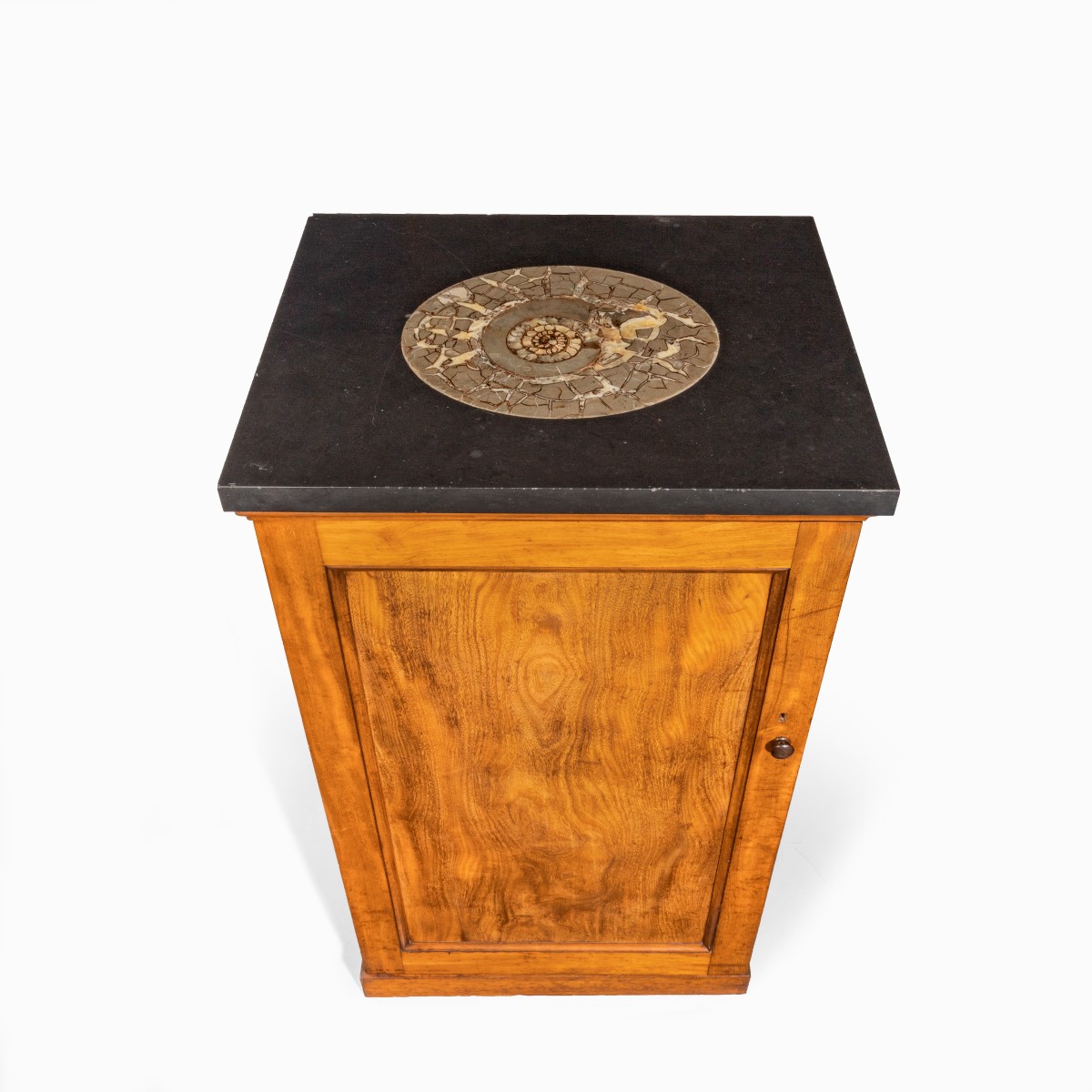 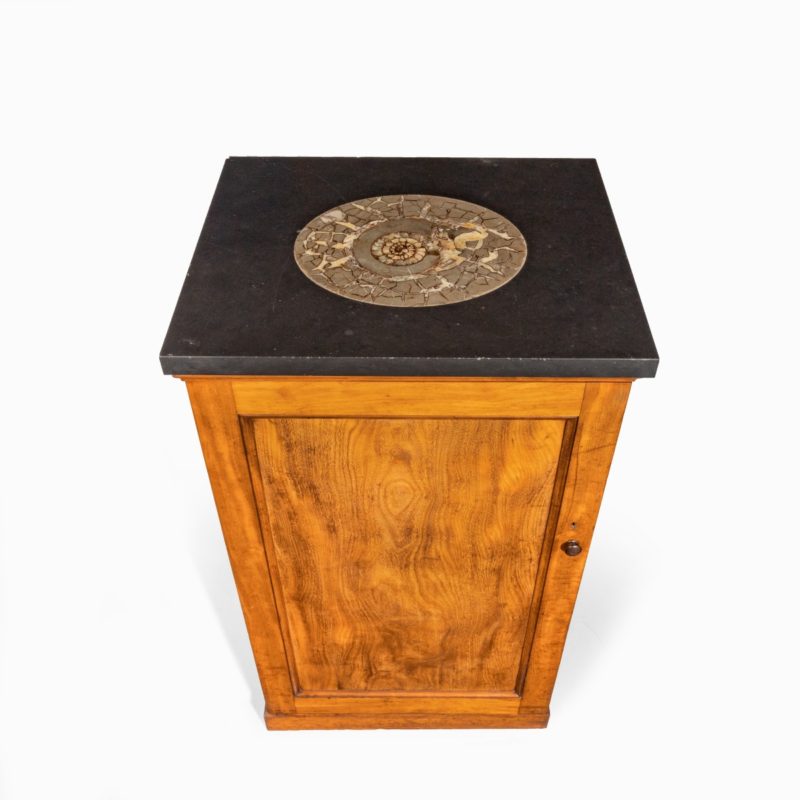 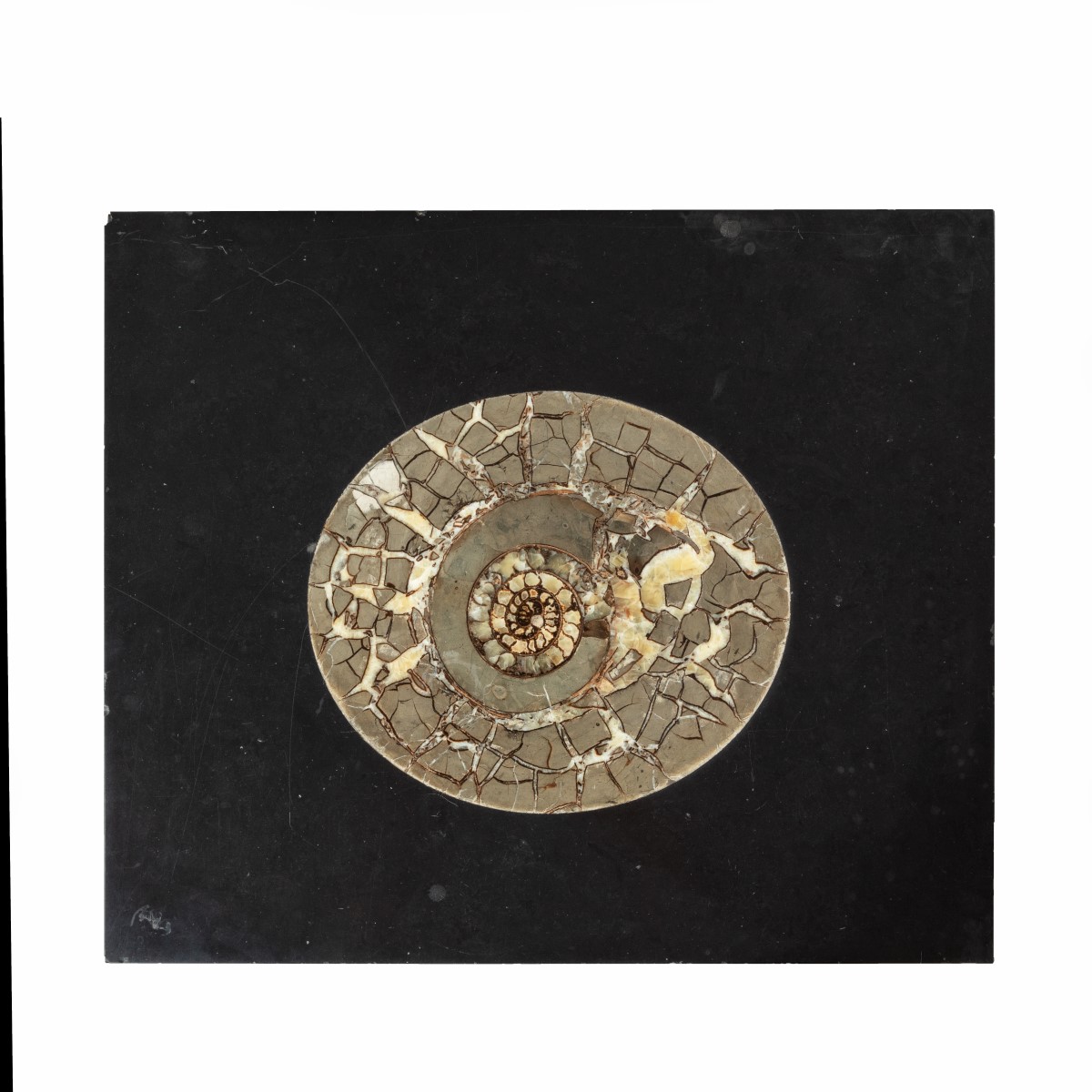 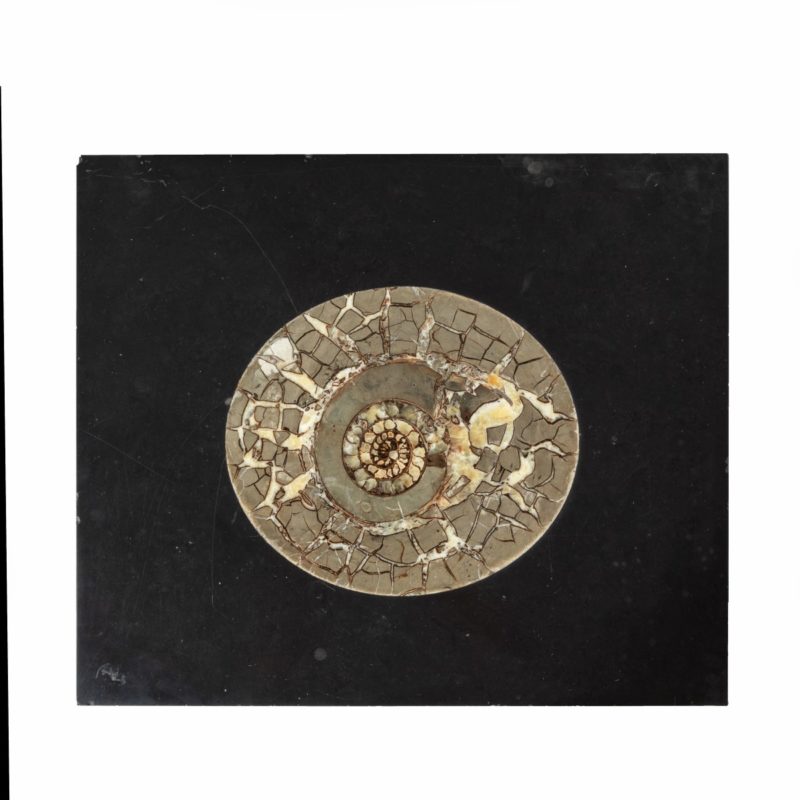 A Victorian mahogany collector’s cabinet with a fossil marble top

A Victorian mahogany collector’s cabinet with a fossil marble top, of rectangular form with a single panelled door opening to reveal 13 drawers, the black marble top set with a large central nautiloid, with the original key. English, circa 1850.

Provenance: Lord Rosebery of ‘The Durdans’, Epsom until 1959 thence by descent to the present owner.

Footnote: The shell is a nautiloid, rather than an ammonite, most probably Jurassic from the typical matrix rock of the Dorset fossil beds as at Lyme Regis.

Archibald Philip Primrose, 5th Earl of Rosebery, (7 May 1847 – 21 May 1929) was Prime Minister of the United Kingdom from March 1894 to June 1895.  In 1878 he married Hannah de Rothschild the wealthiest British heiress of her day.  He was known as a brilliant orator, an outstanding sportsman and marksman, a writer and historian, connoisseur, collector and successful racehorse owner.  ‘Despite not having a degree, Rosebery was considered to be one of the most widely read young men of his time and it was at the Durdans that he followed his greatest love, that of books; throughout his lifetime he built up one of the finest libraries in private hands in the country.  His collection of rare Scottish books, pamphlets and broadsheets was second to none; he presented over 3,000 items to the National Library of Scotland, including numerous letters from Burns and the personal records of Mary Queen of Scots.’  The Durdans was remodelled around 1959 by Rosebery’s heirs and items, including this were sold off at this time.