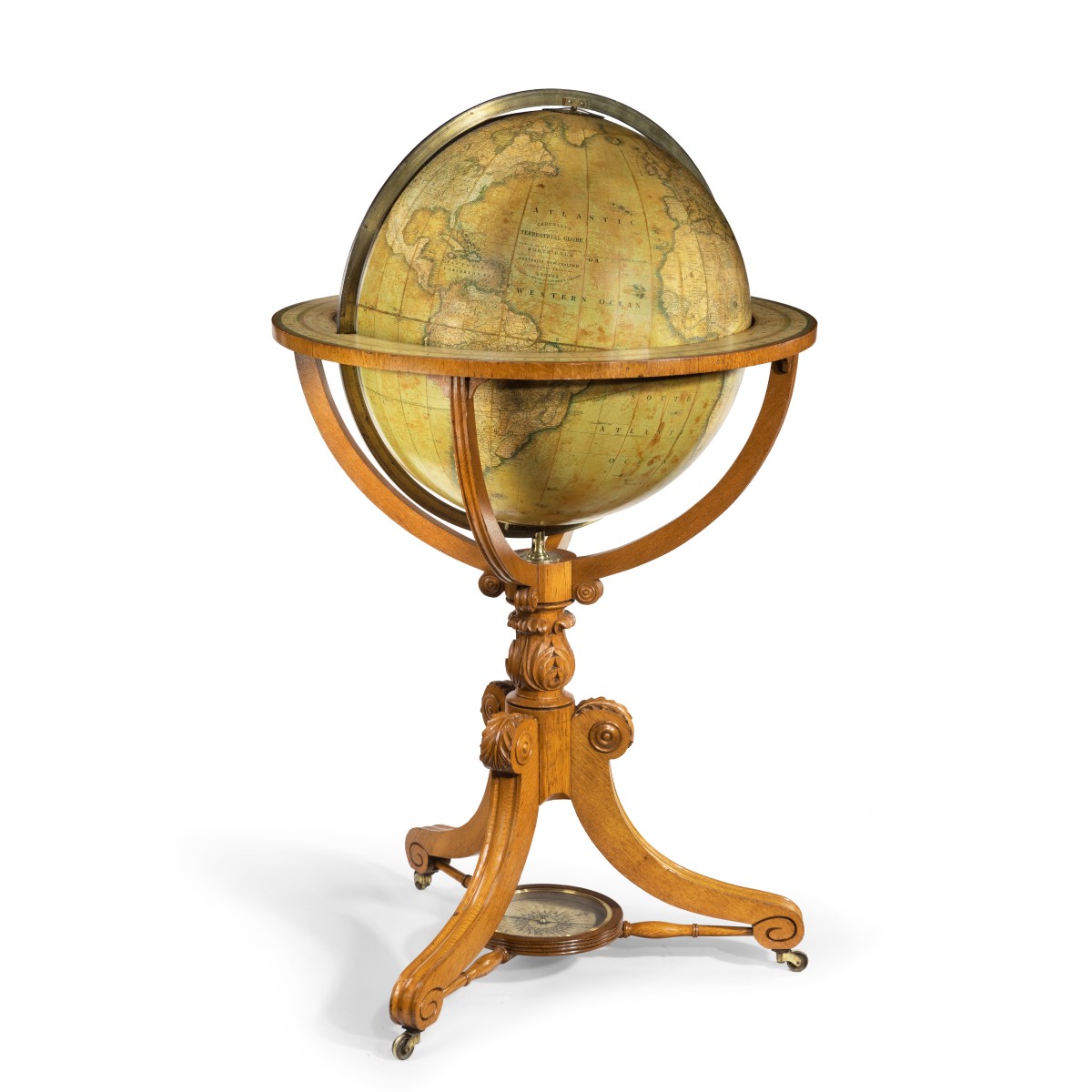 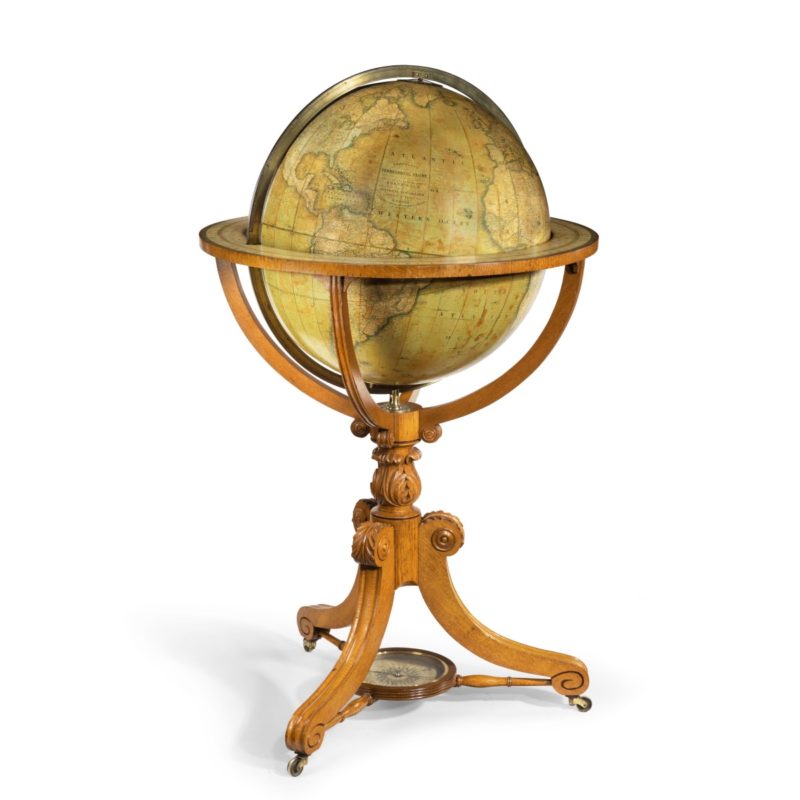 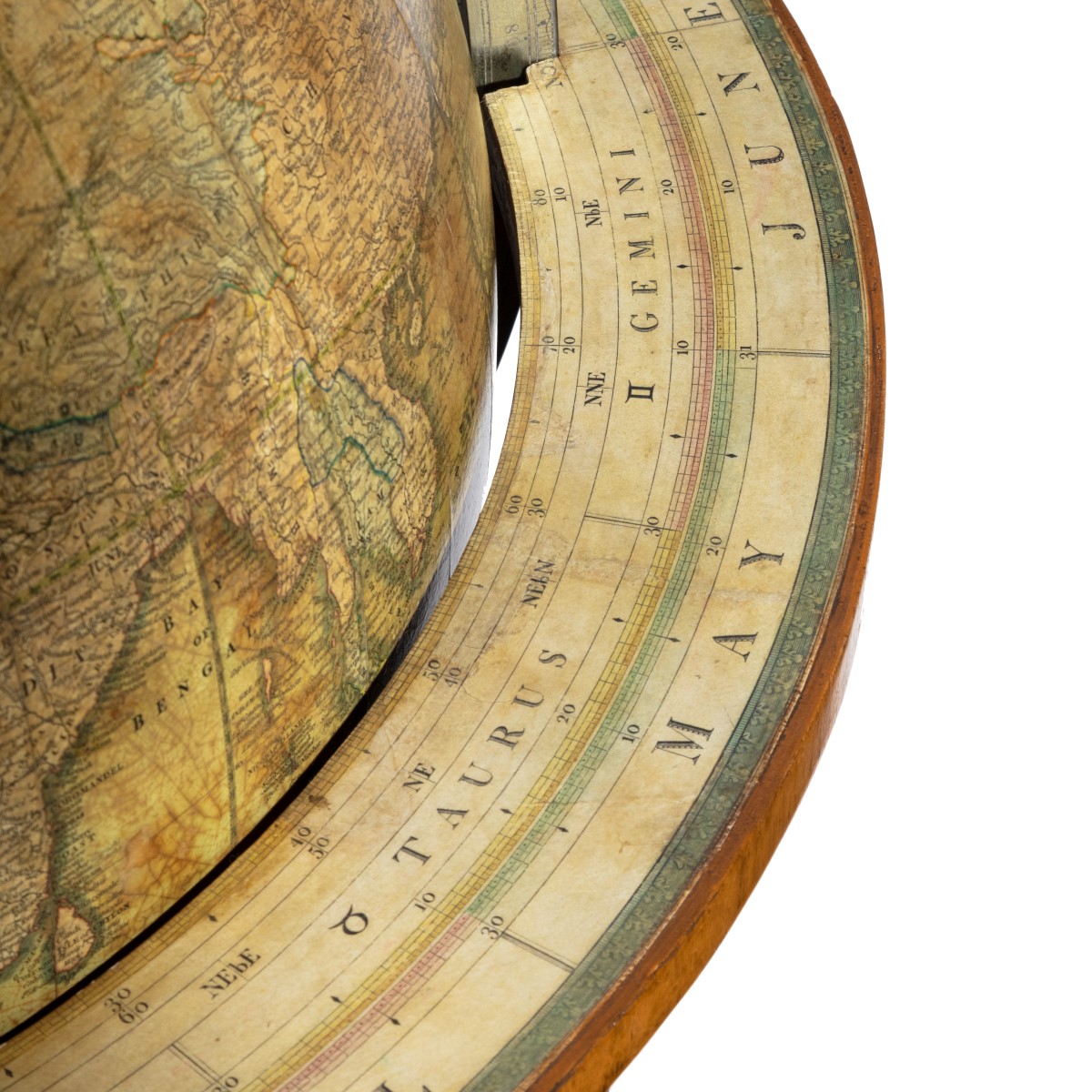 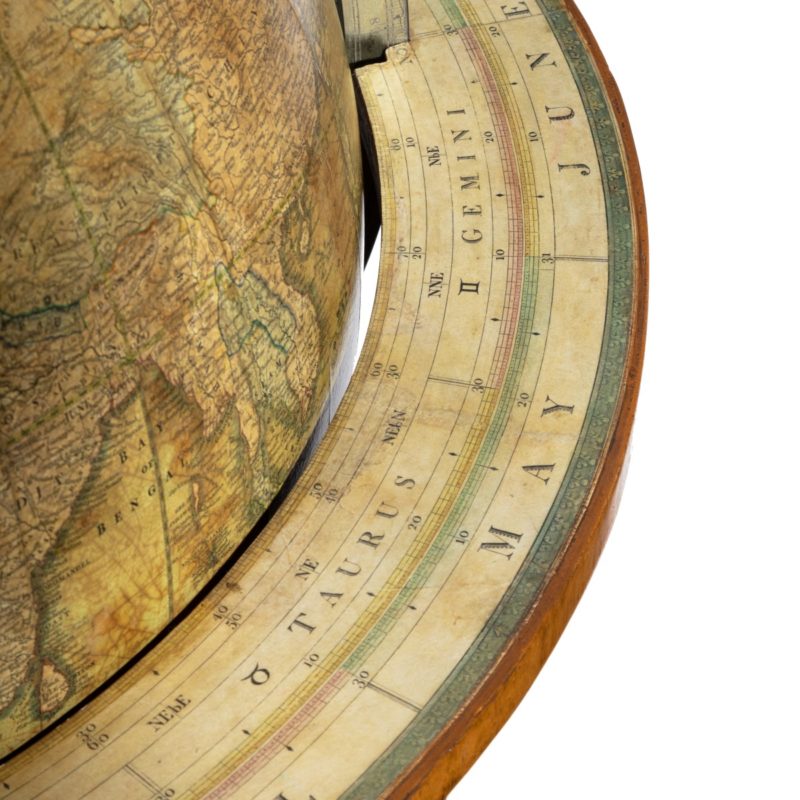 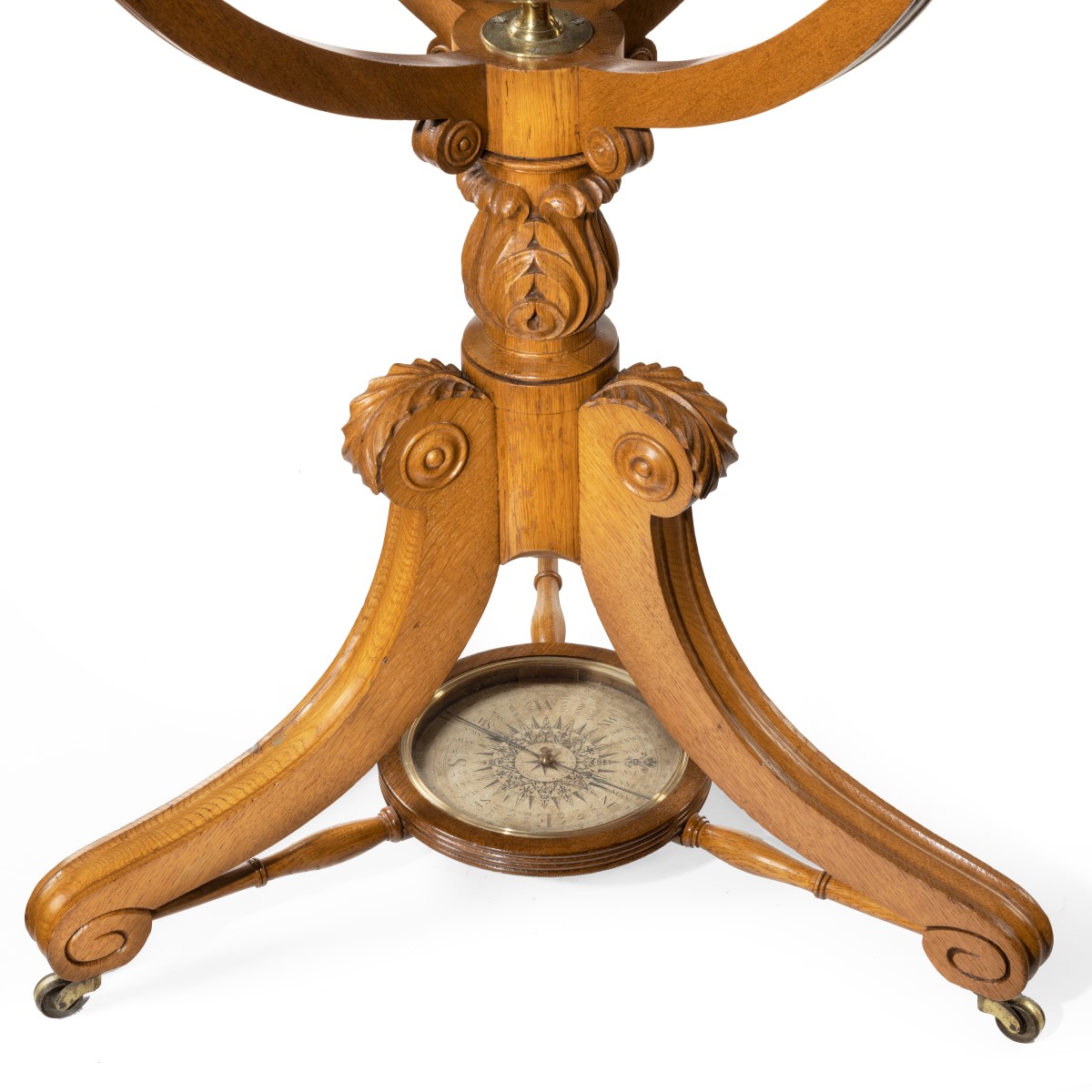 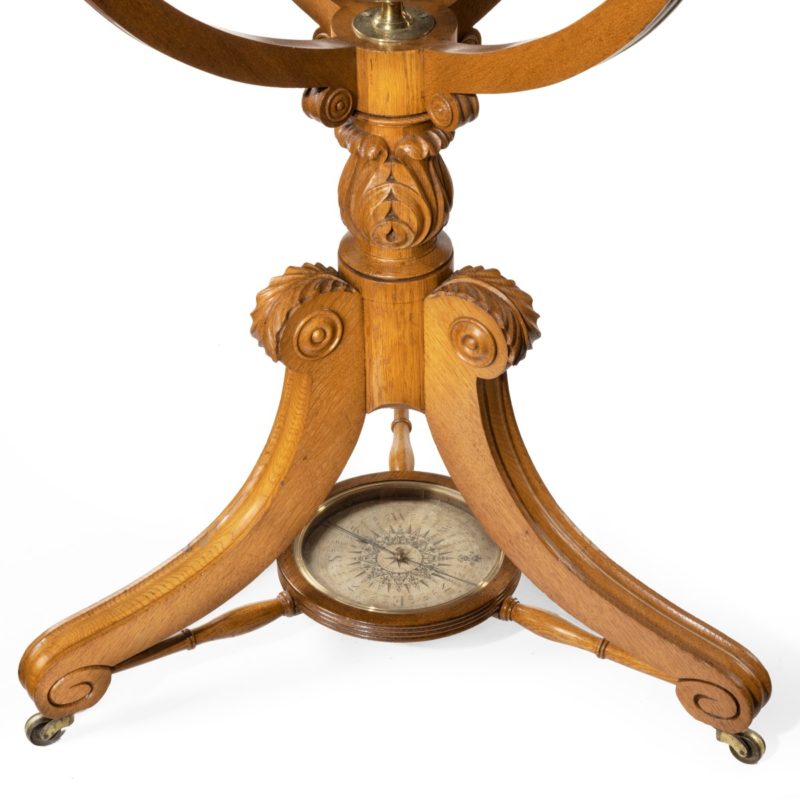 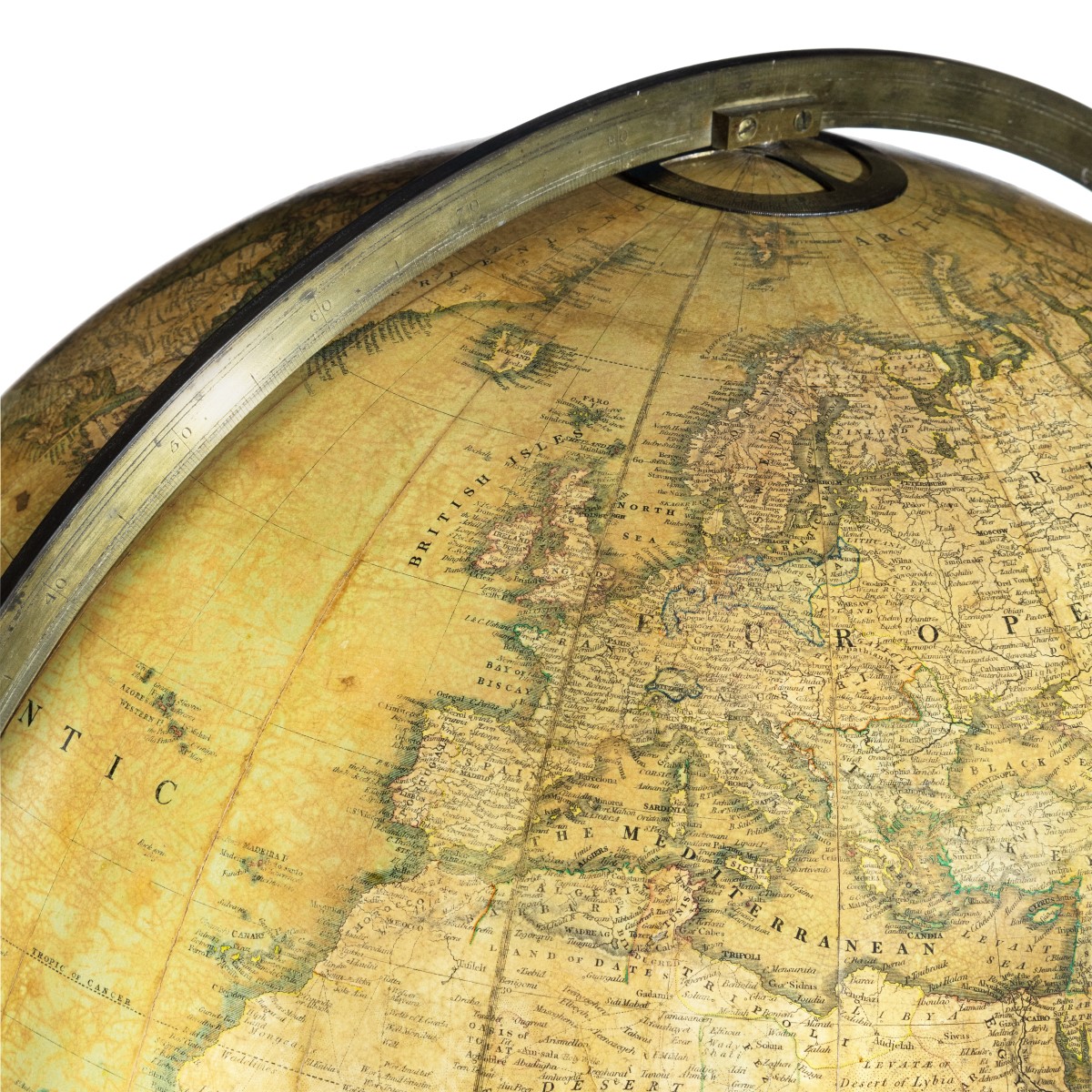 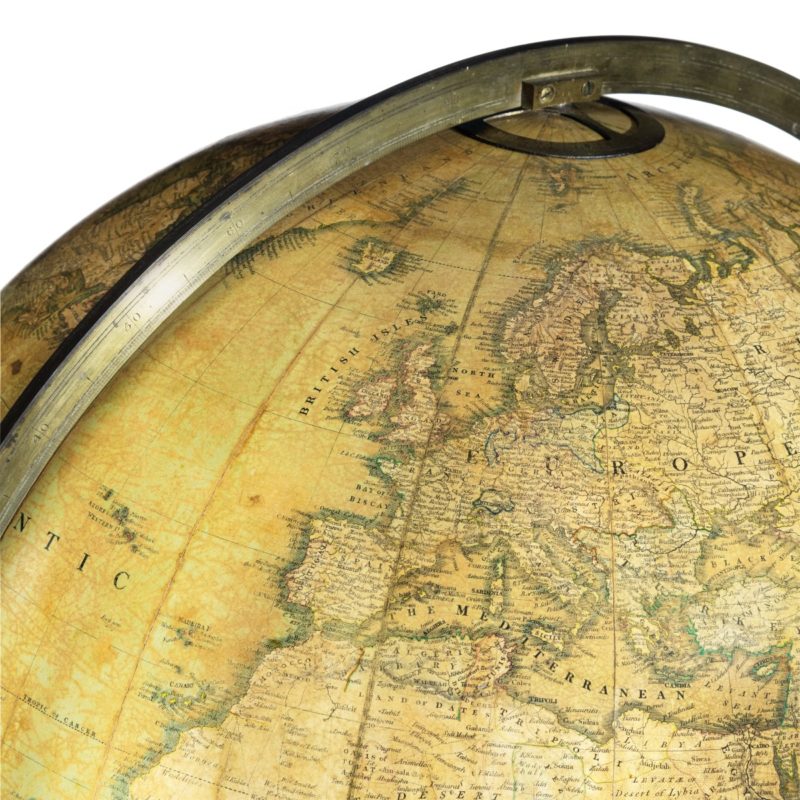 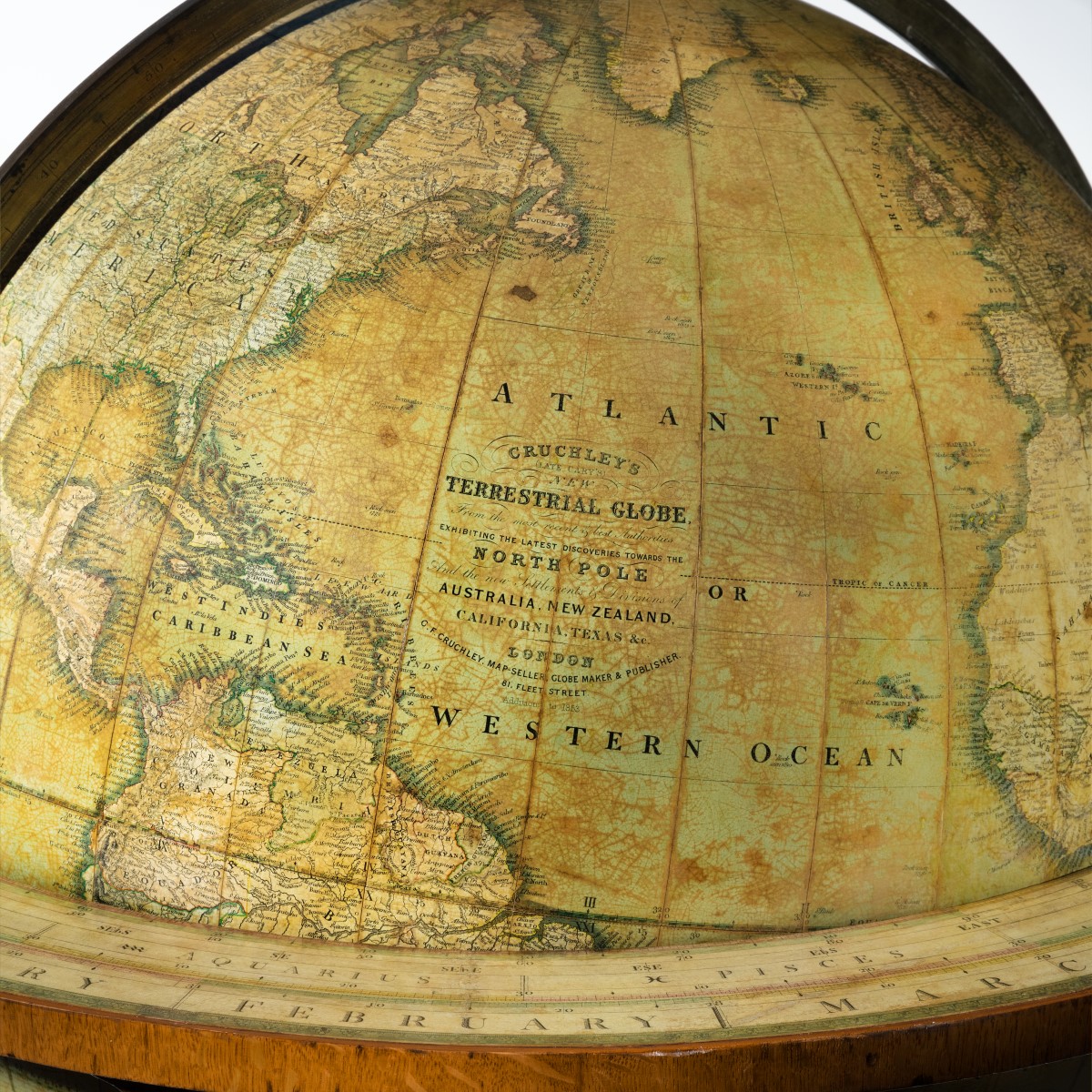 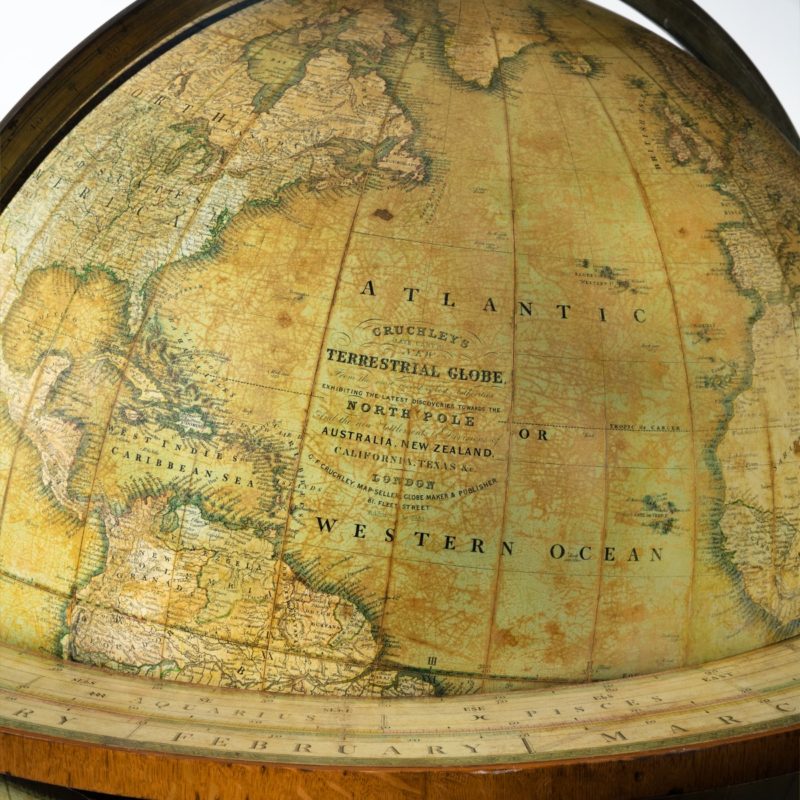 Footnote: George Frederick Cruchley (1796-1880) trained as an apprentice to the mapmaker Aaron Arrowsmith and opened his own firm in 1823. Alongside his own successful business as an engraver, globe and map seller and publisher, he produced maps and globes under the Cary name between 18844 and 1876.  Some of his most popular publicatons included travel maps and guides of London, the British Isles and Europe.