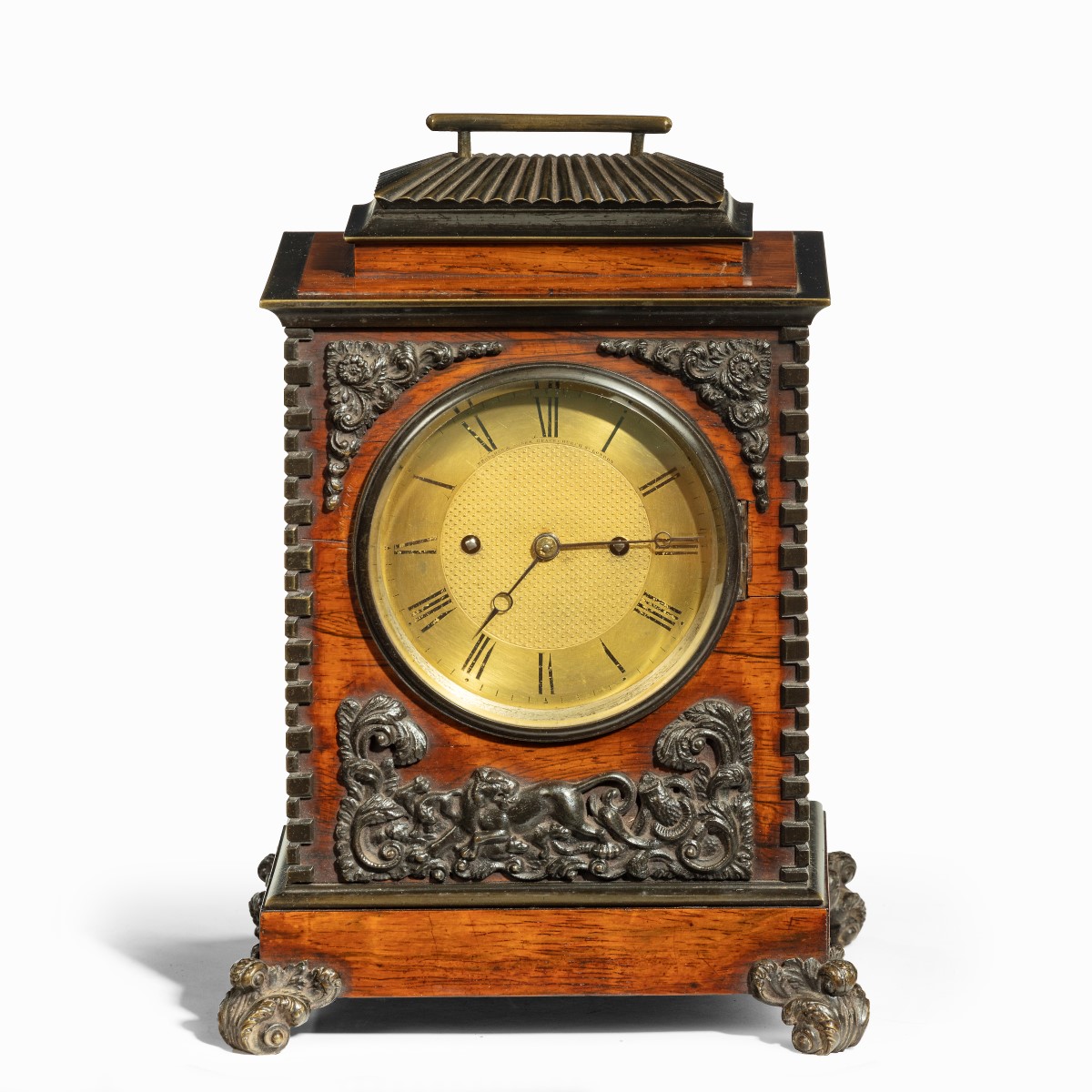 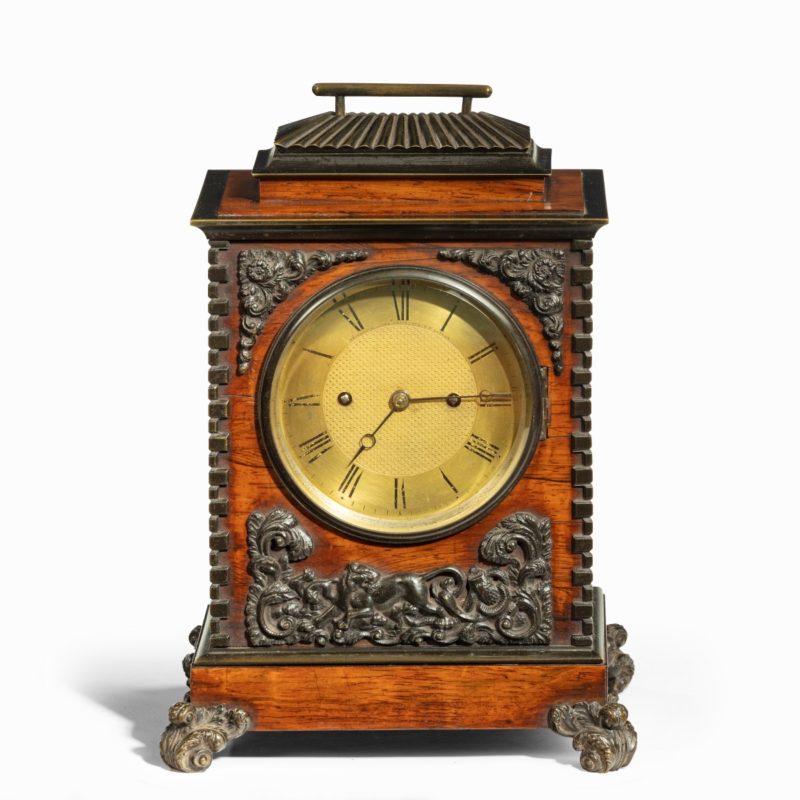 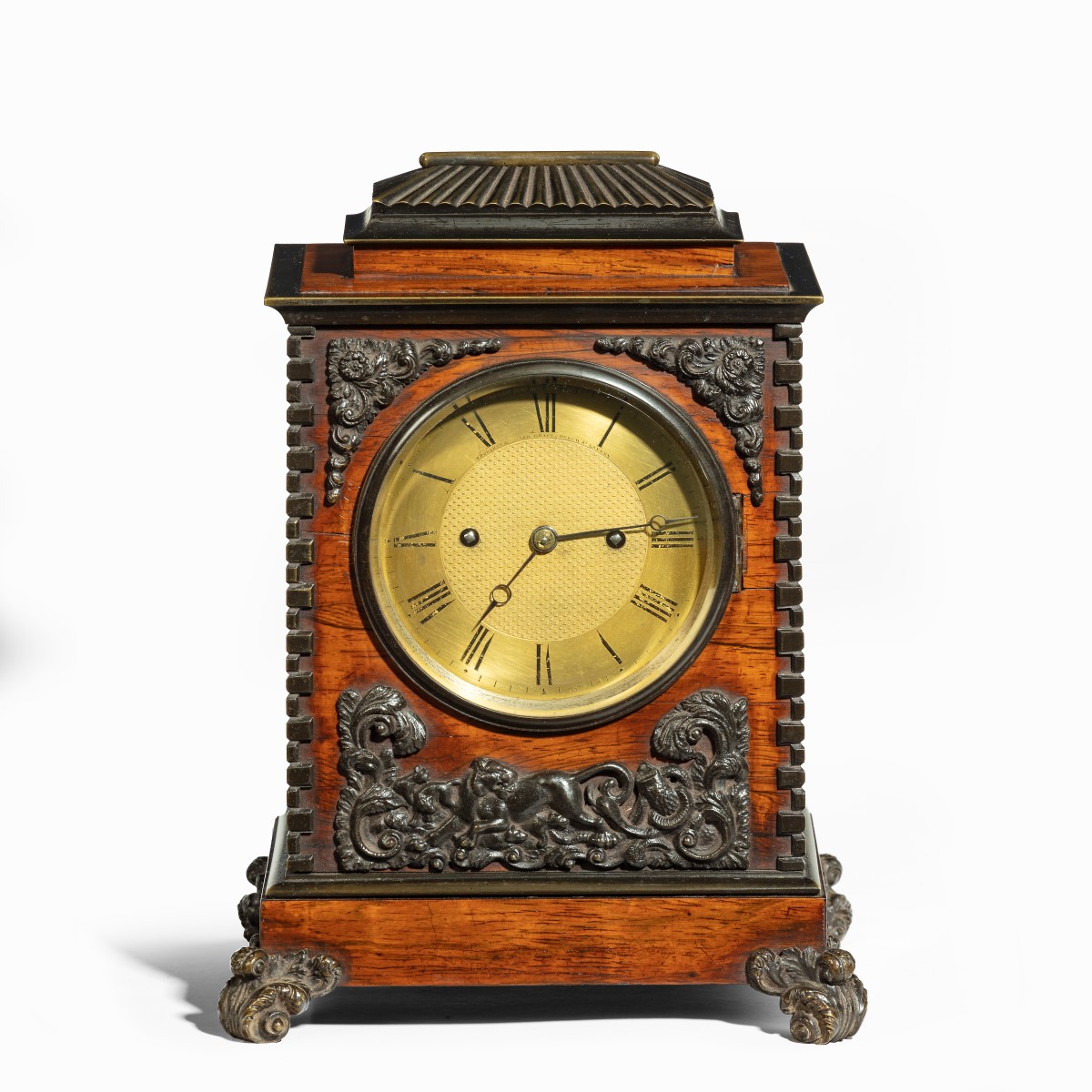 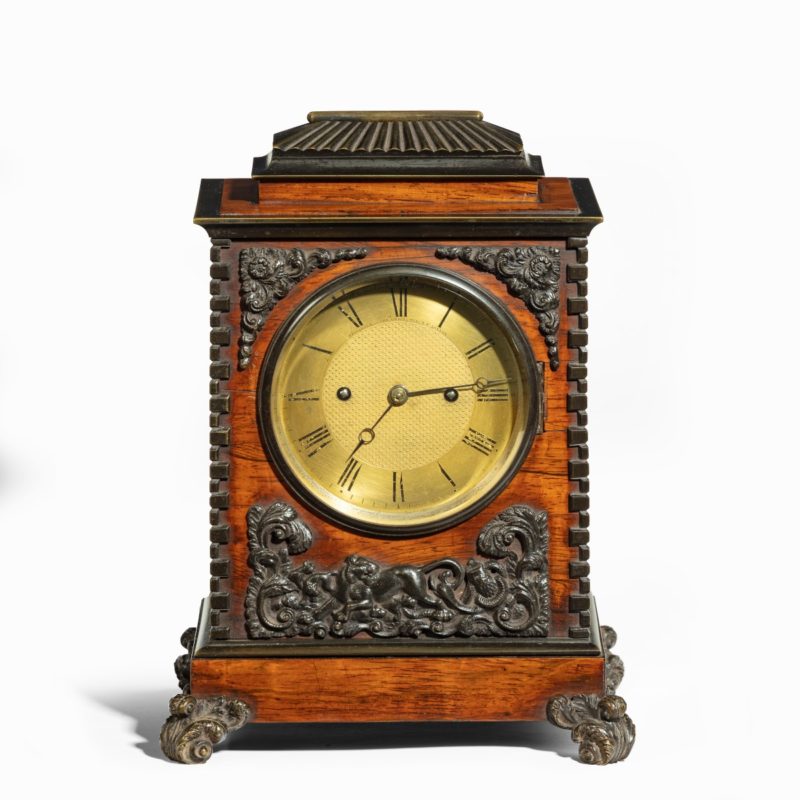 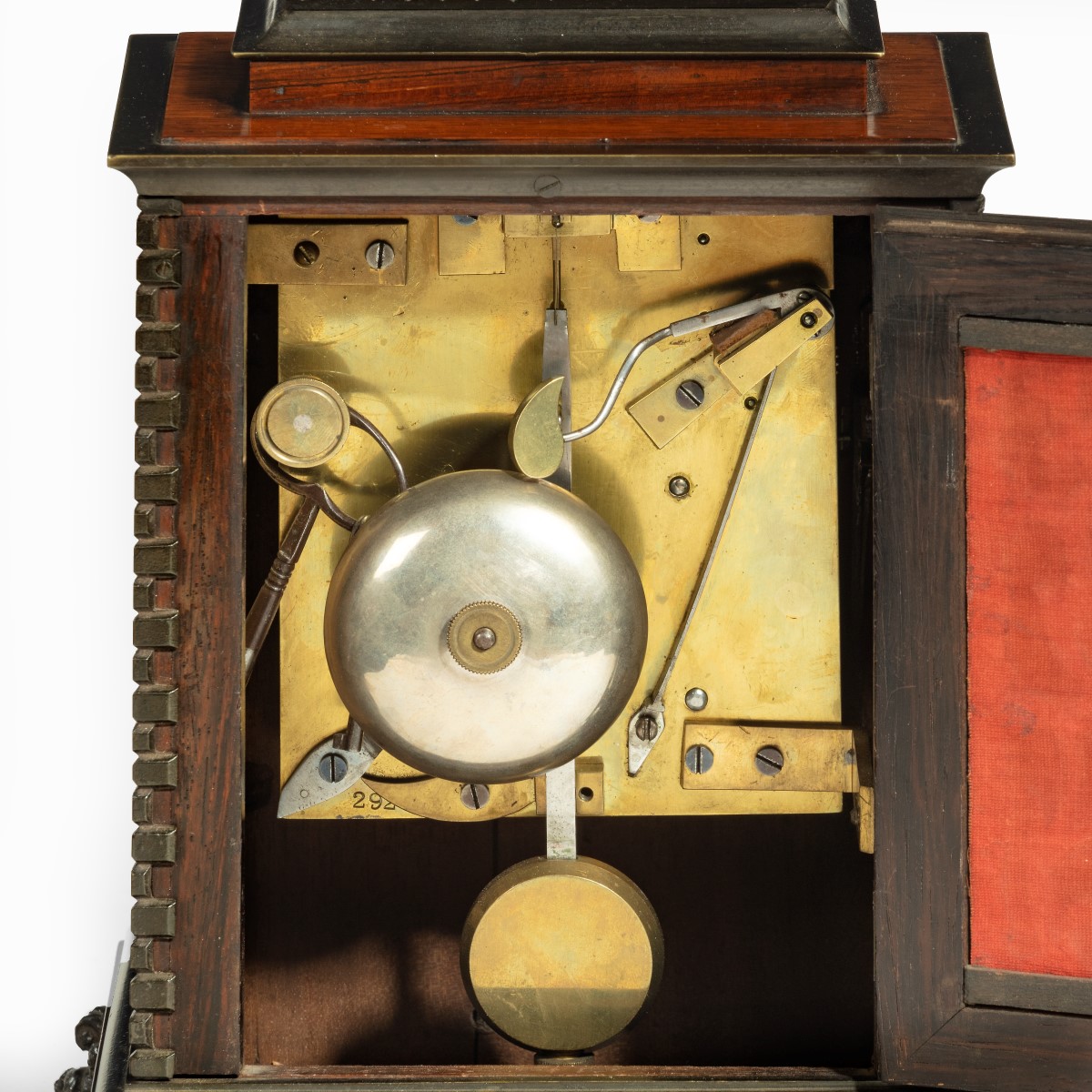 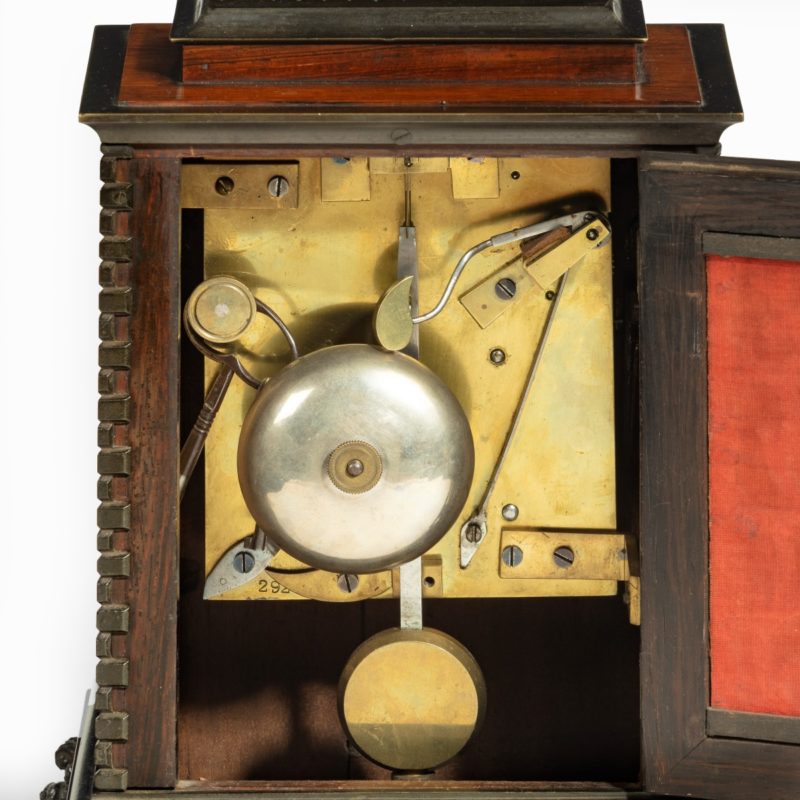 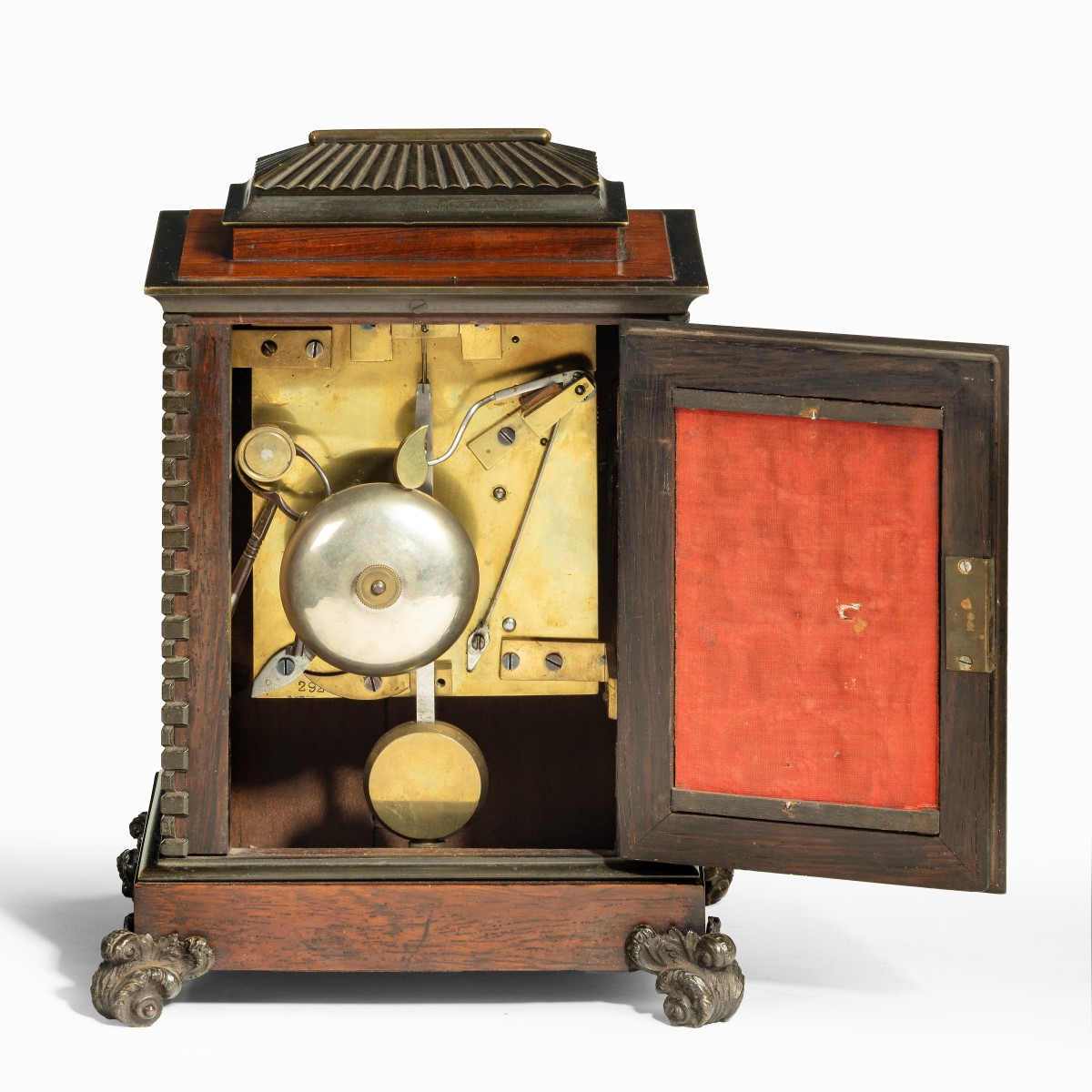 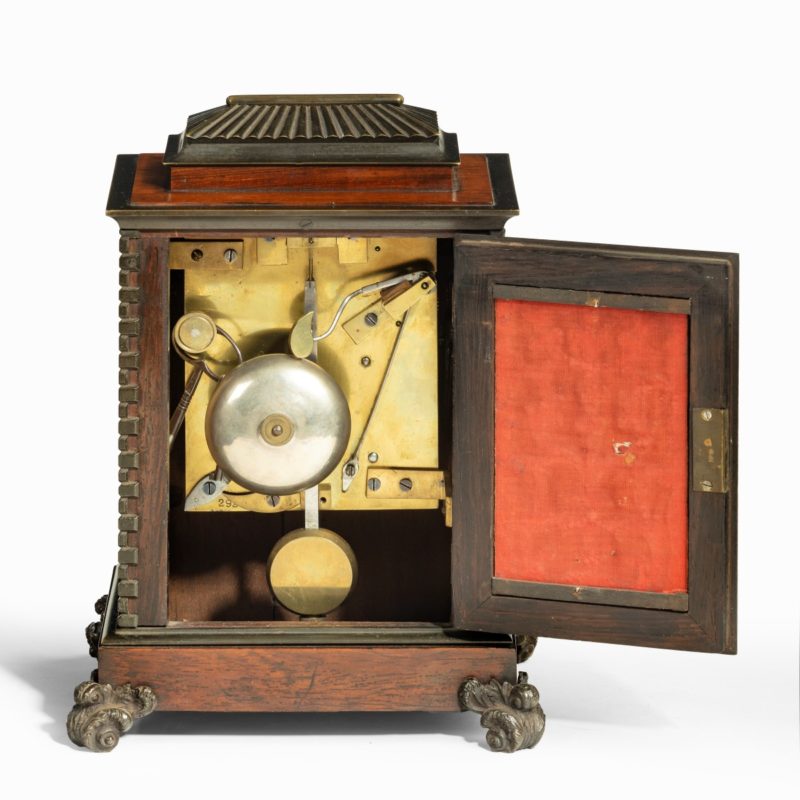 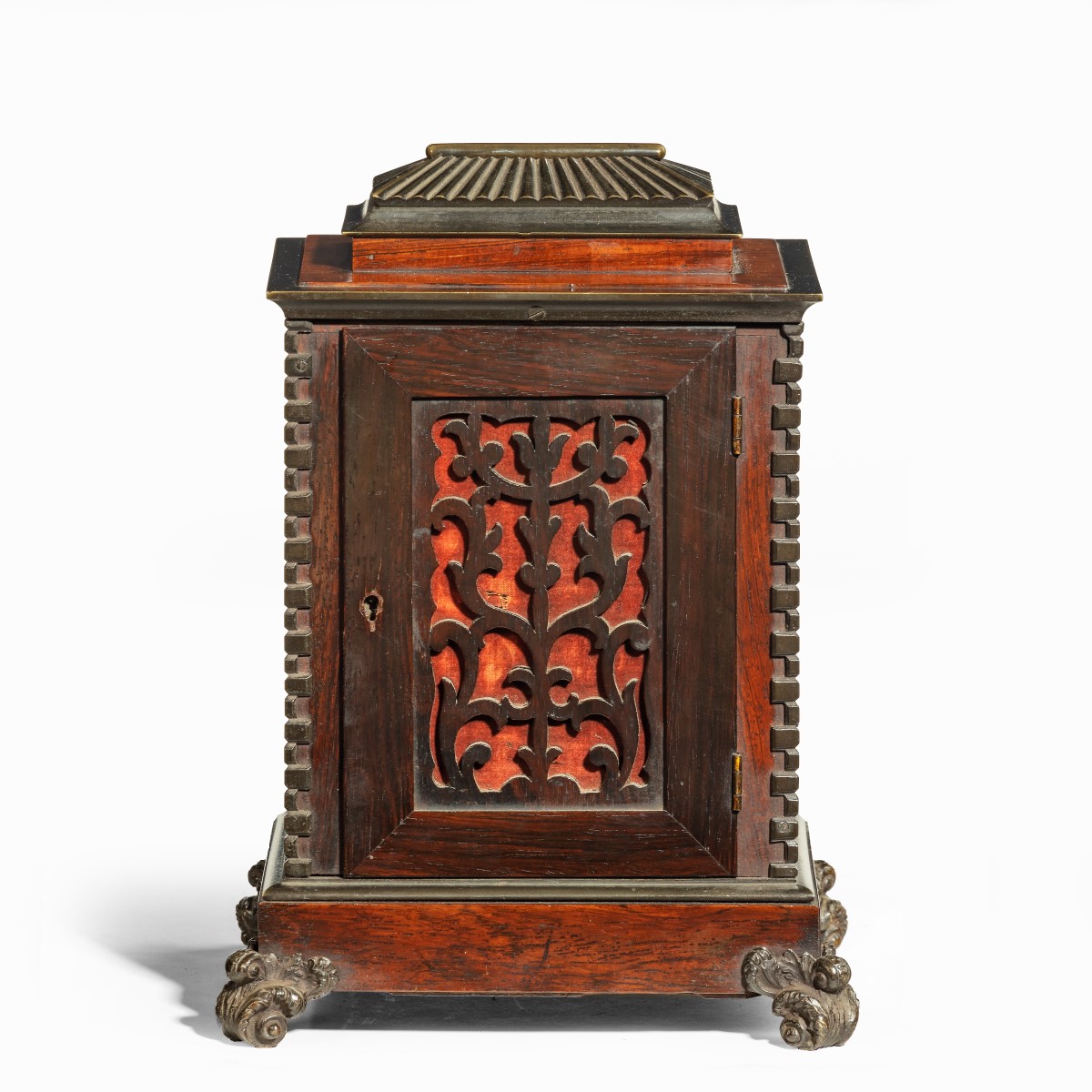 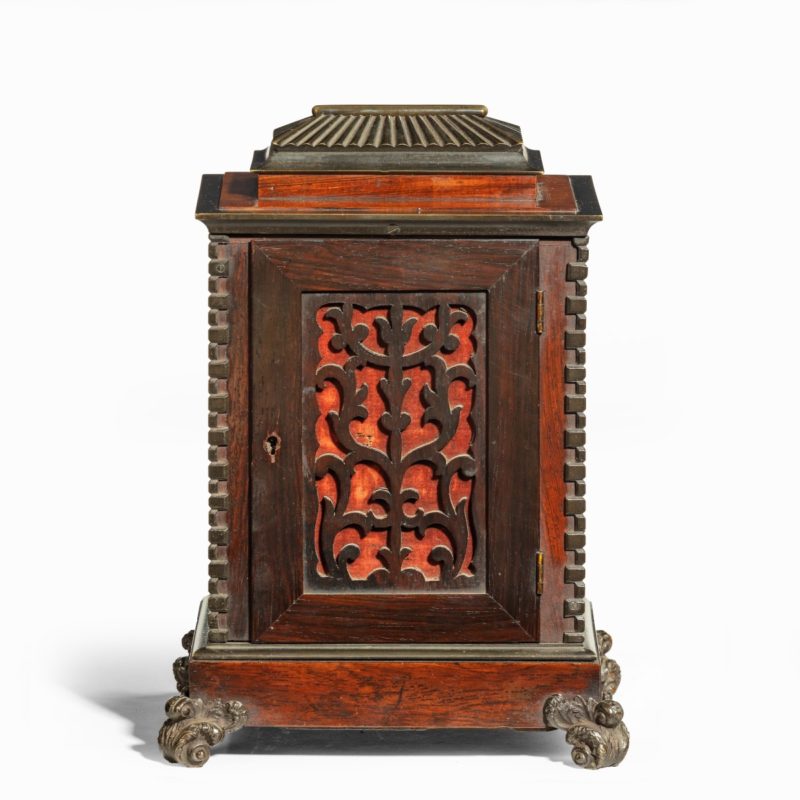 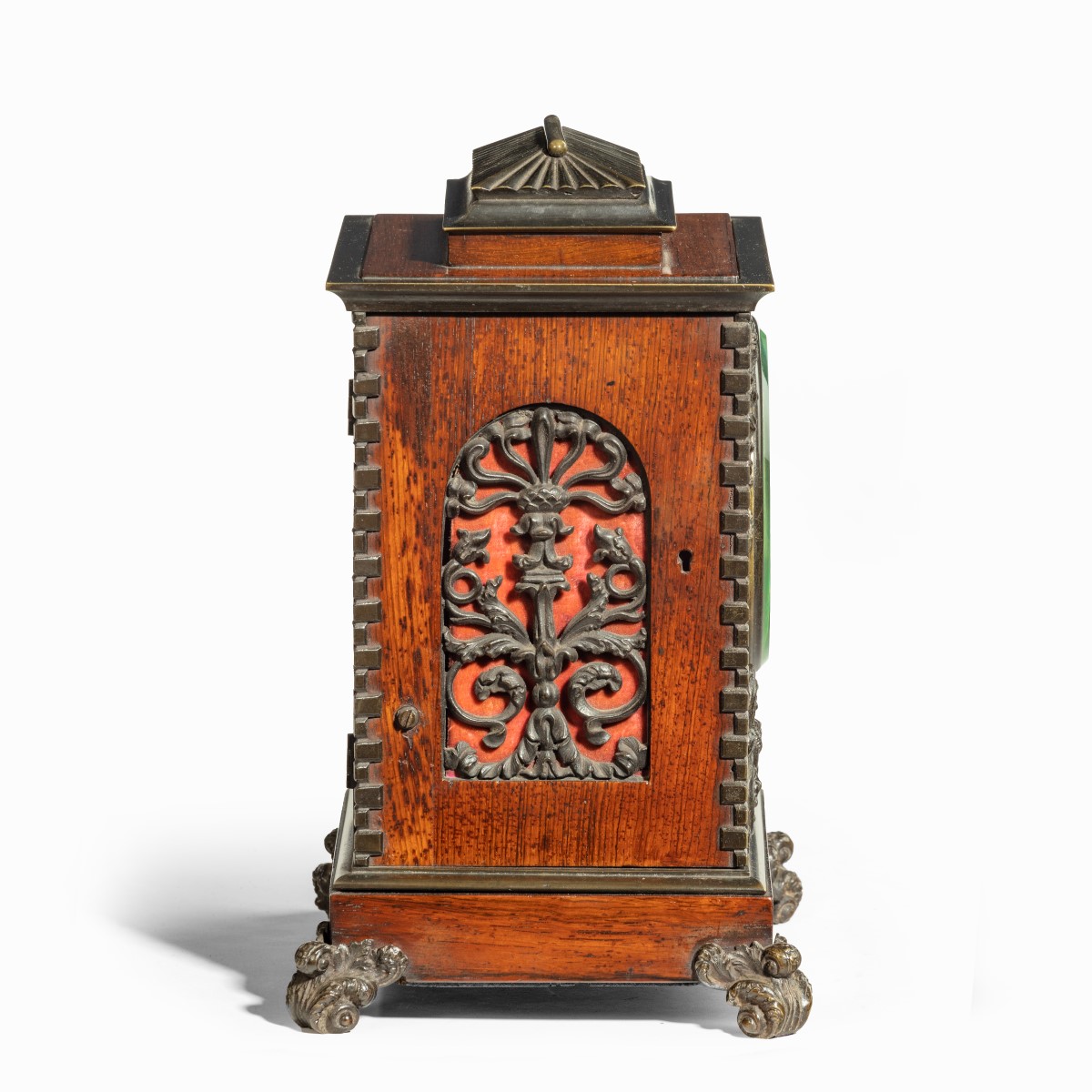 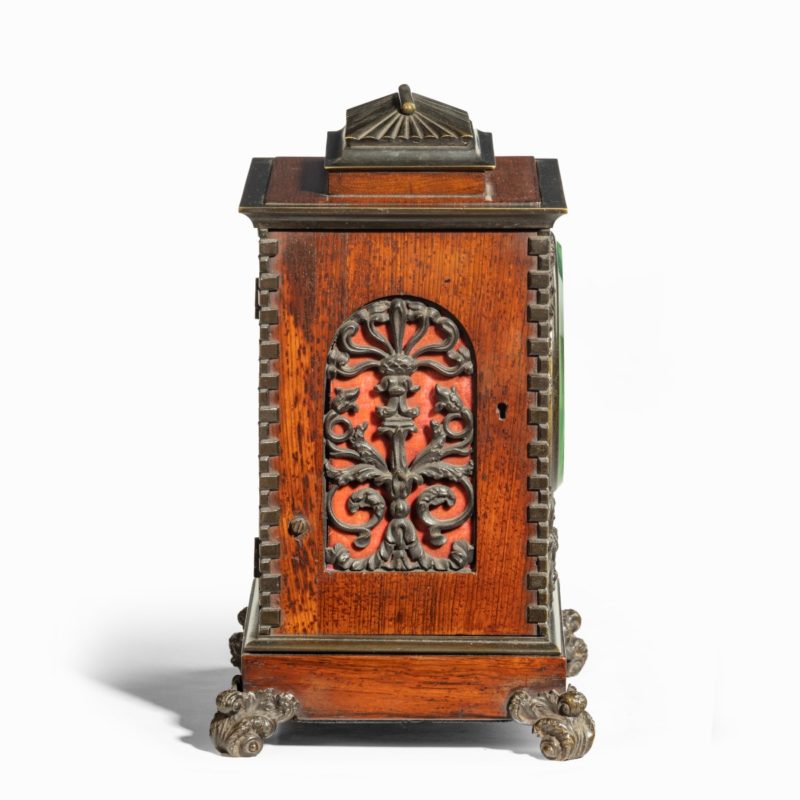 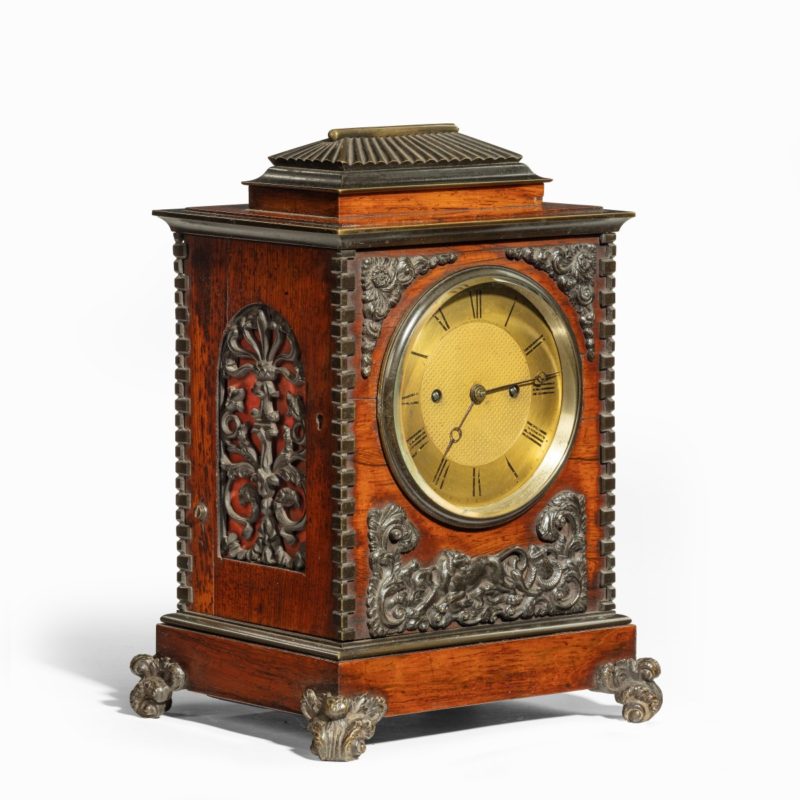 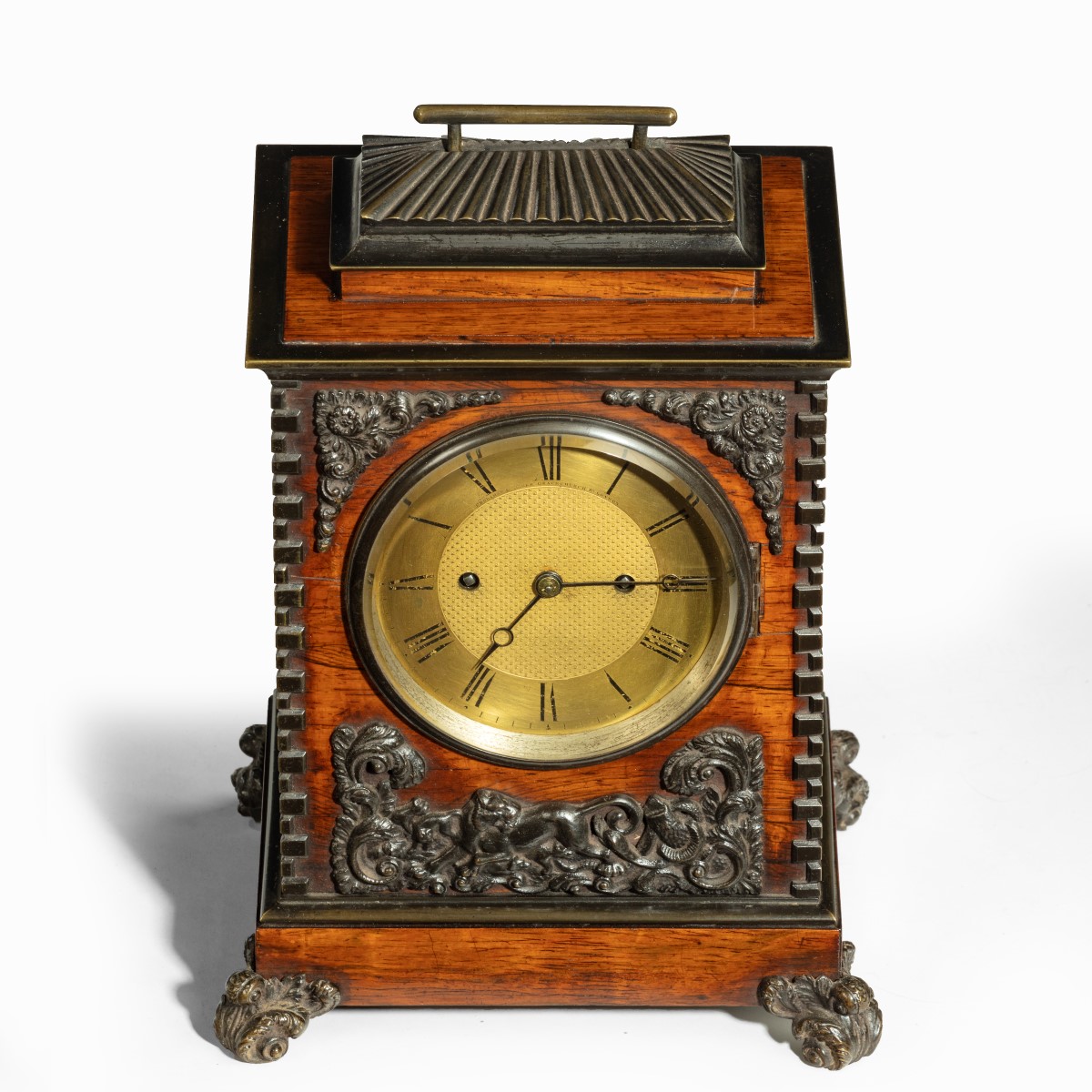 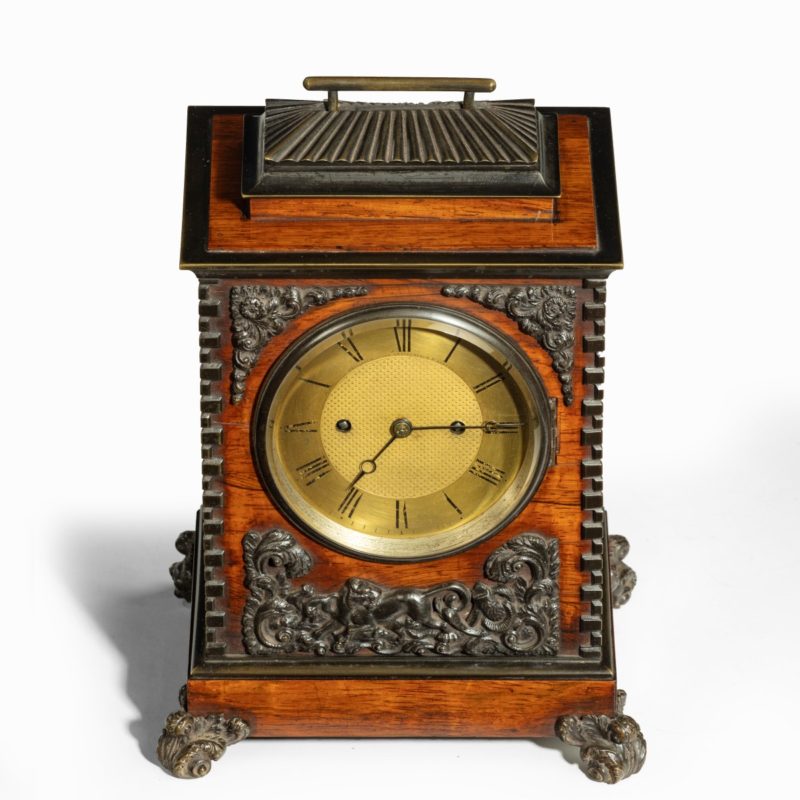 A William IV rosewood and bronze bracket clock by Frodsham 185 & Baker, the brass eight-day movement striking on a bell, the backplate numbered ‘292’, the circular brass dial with roman numerals and an engine turned centre, signed ‘Frodsham & Baker Gracechurch St. London‘, in an architectural case with applied panels, the front decorated with a lion and foliage, the corners with quoins, the sides with scrolling leaves and palmettes, with a fan pagoda top with a retractable oriental gateway handle, on leaf scroll feet, with pendulum, winding key and case key. English, circa 1830.

William Frodsham was an established London clockmaker.  One of his sons, John Frodsham (1785-1849), went into partnership with Baker to form ‘Frodsham and Baker’ in 1809’. They were chronometer makers to the Admiralty and also made wall regulators.  John had two sons; Henry John and George Edward.  Henry John died in 1848 and George Edward succeeded to the business.  Meanwhile, another of William’s sons, Charles (1810-71) established his own business Charles Frodsham & Co., which is the longest continuously trading firm of high-quality watches, clocks and regulators.