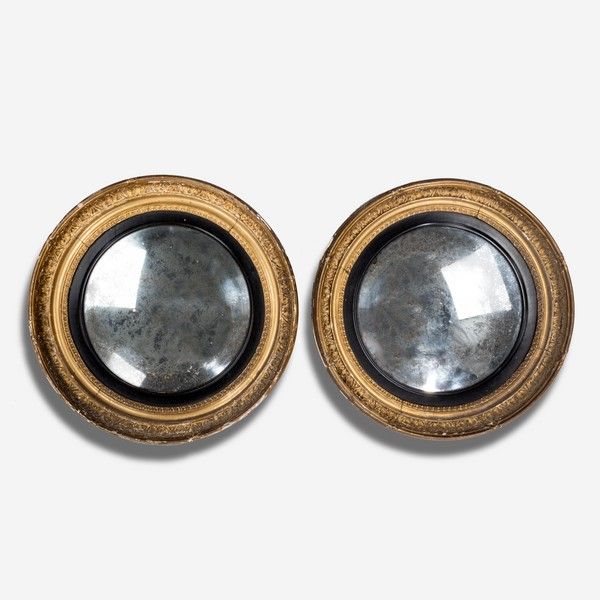 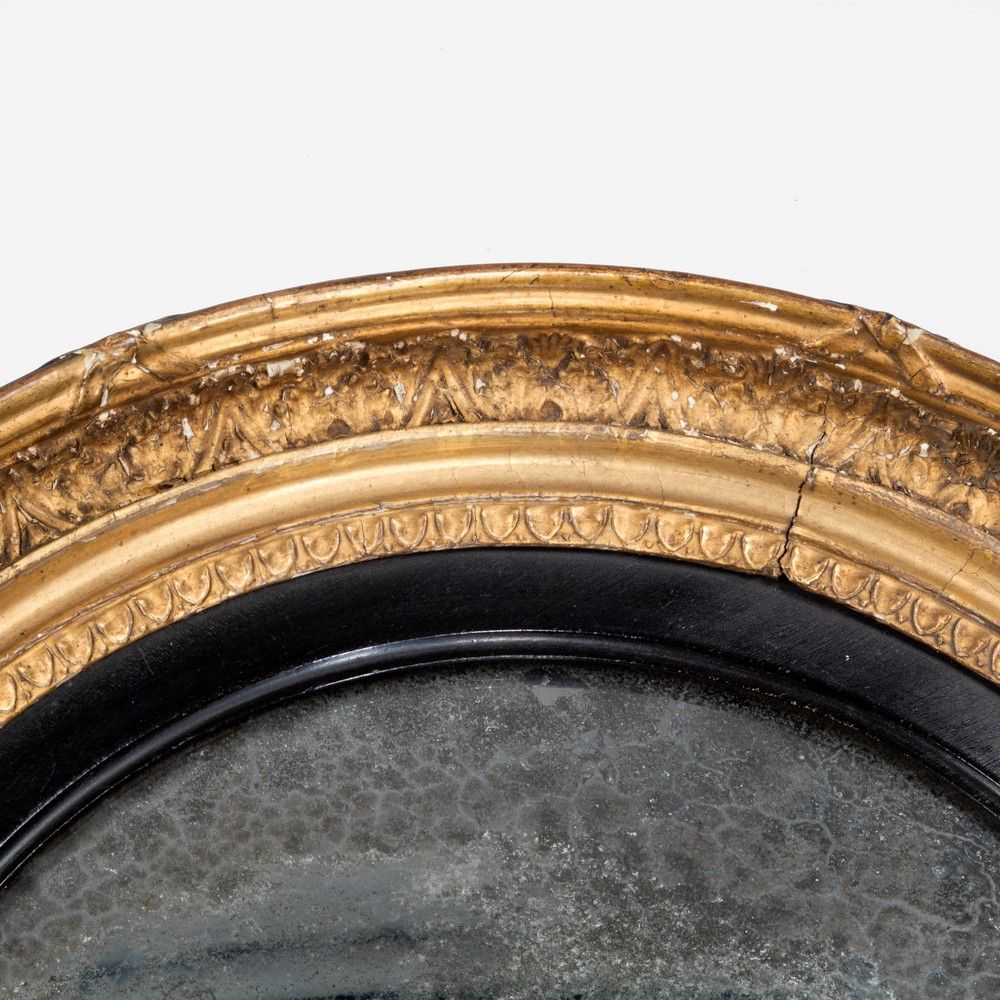 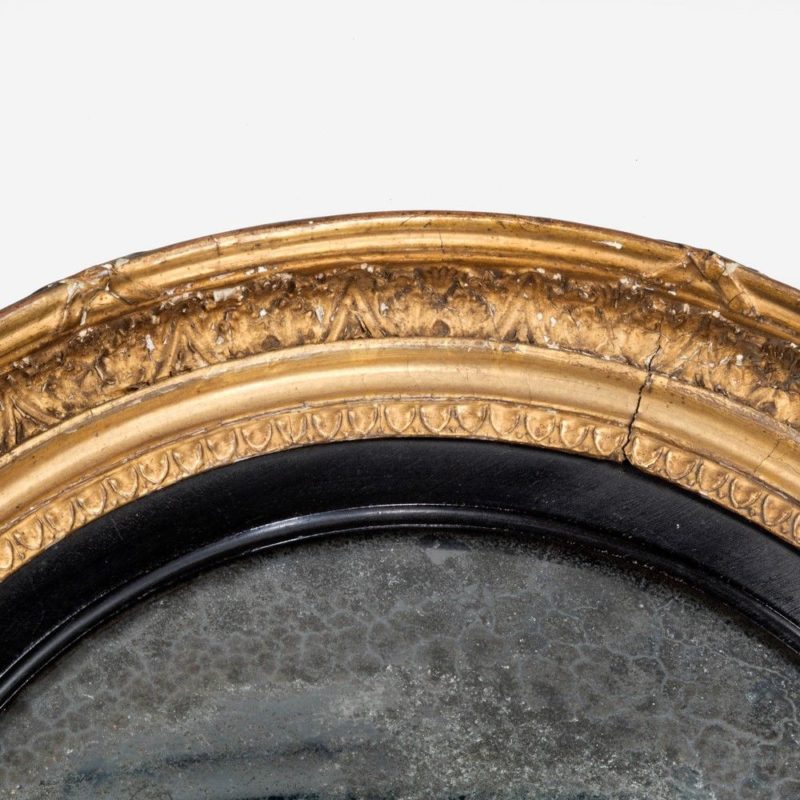 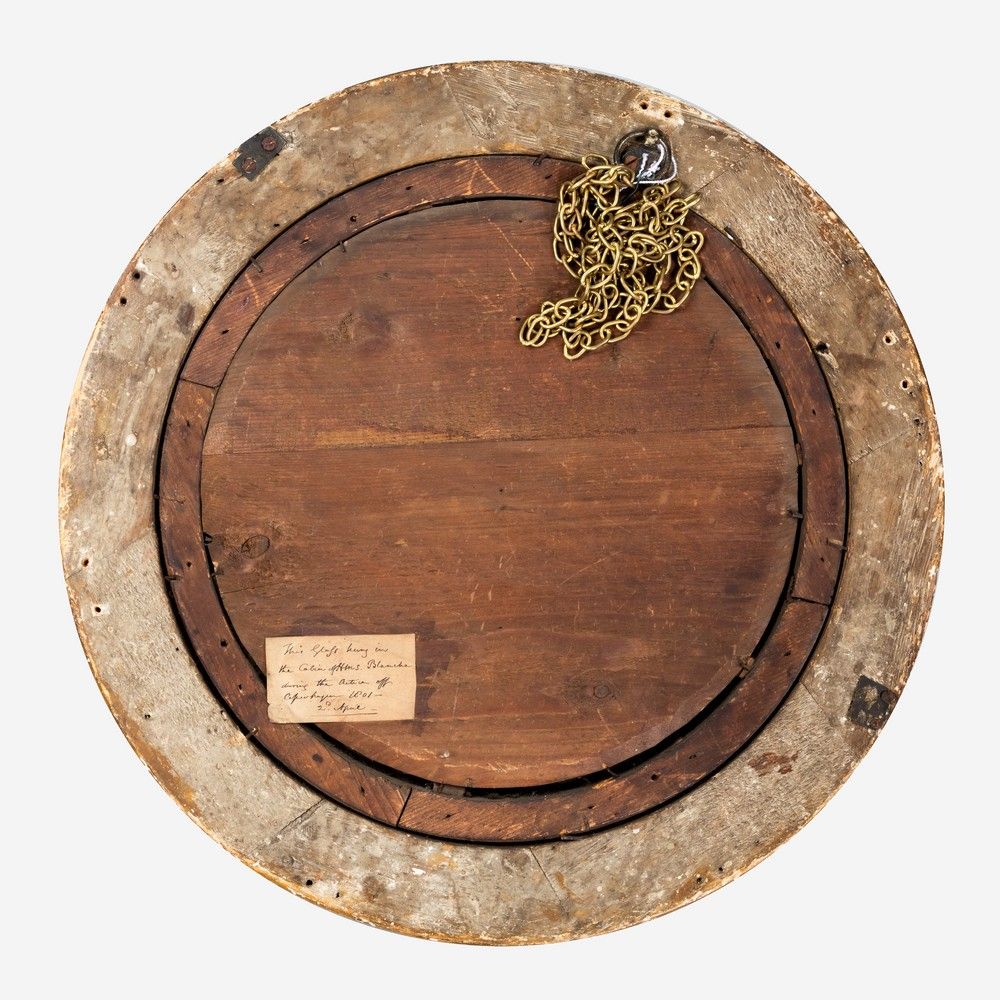 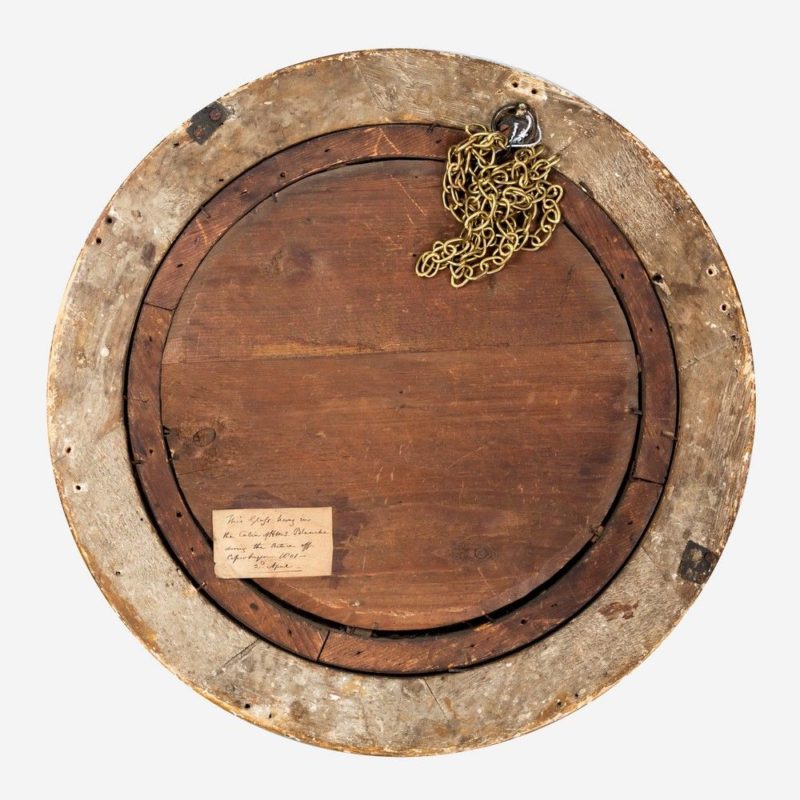 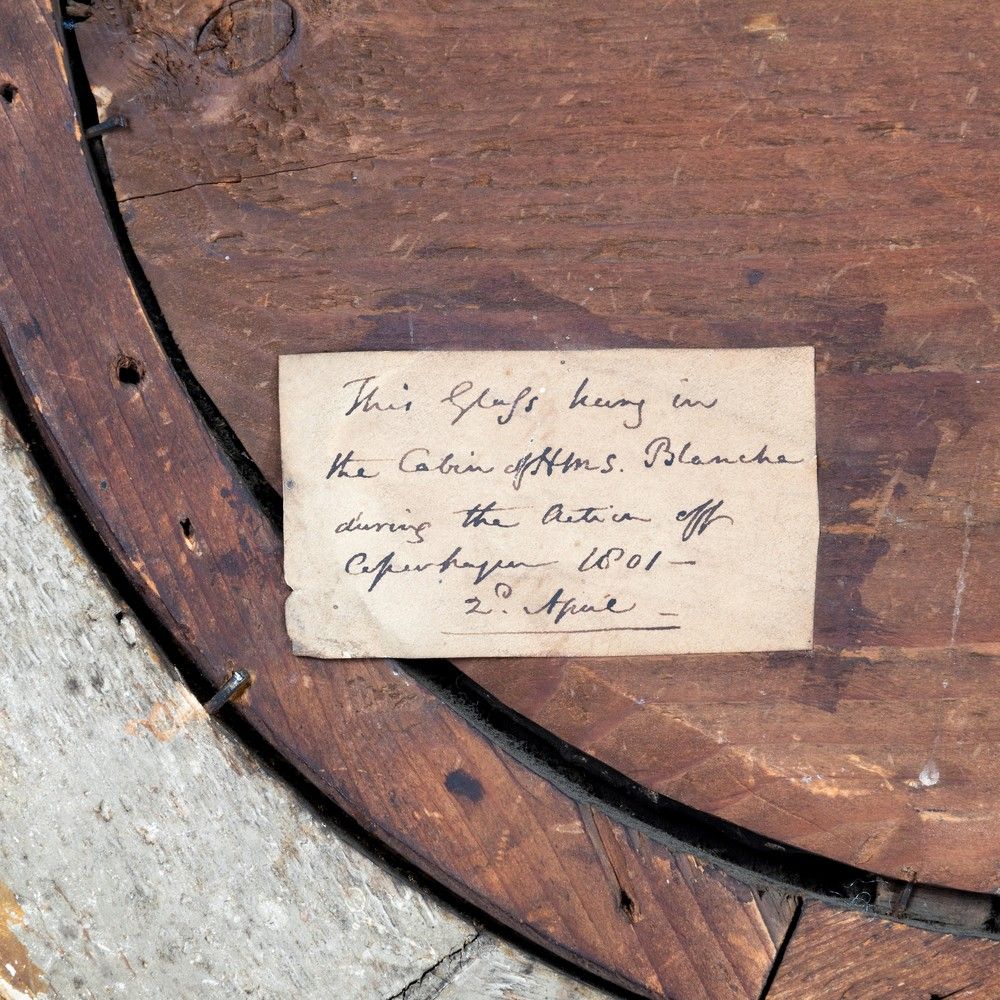 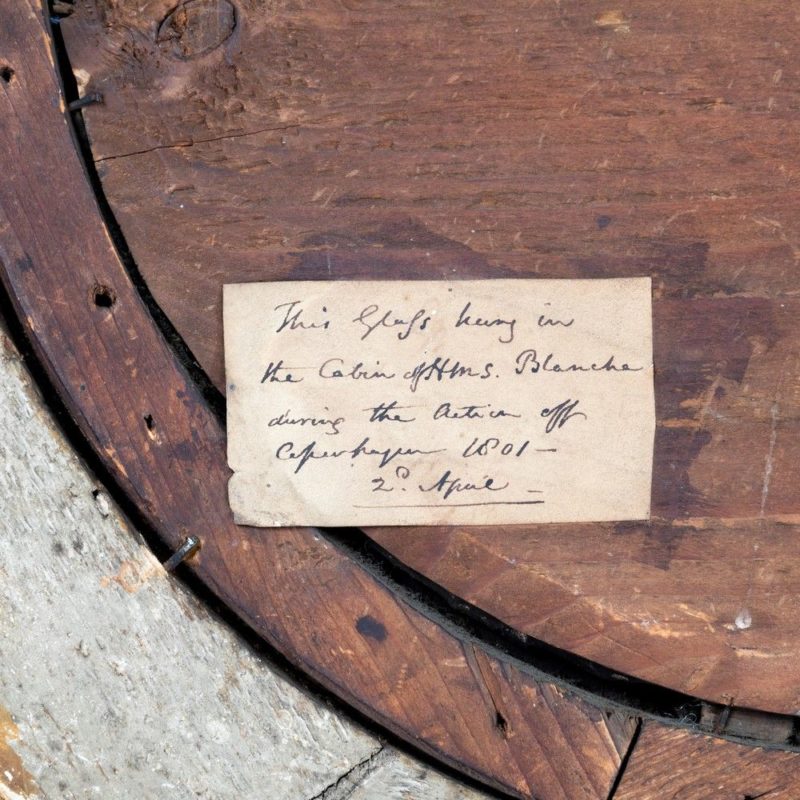 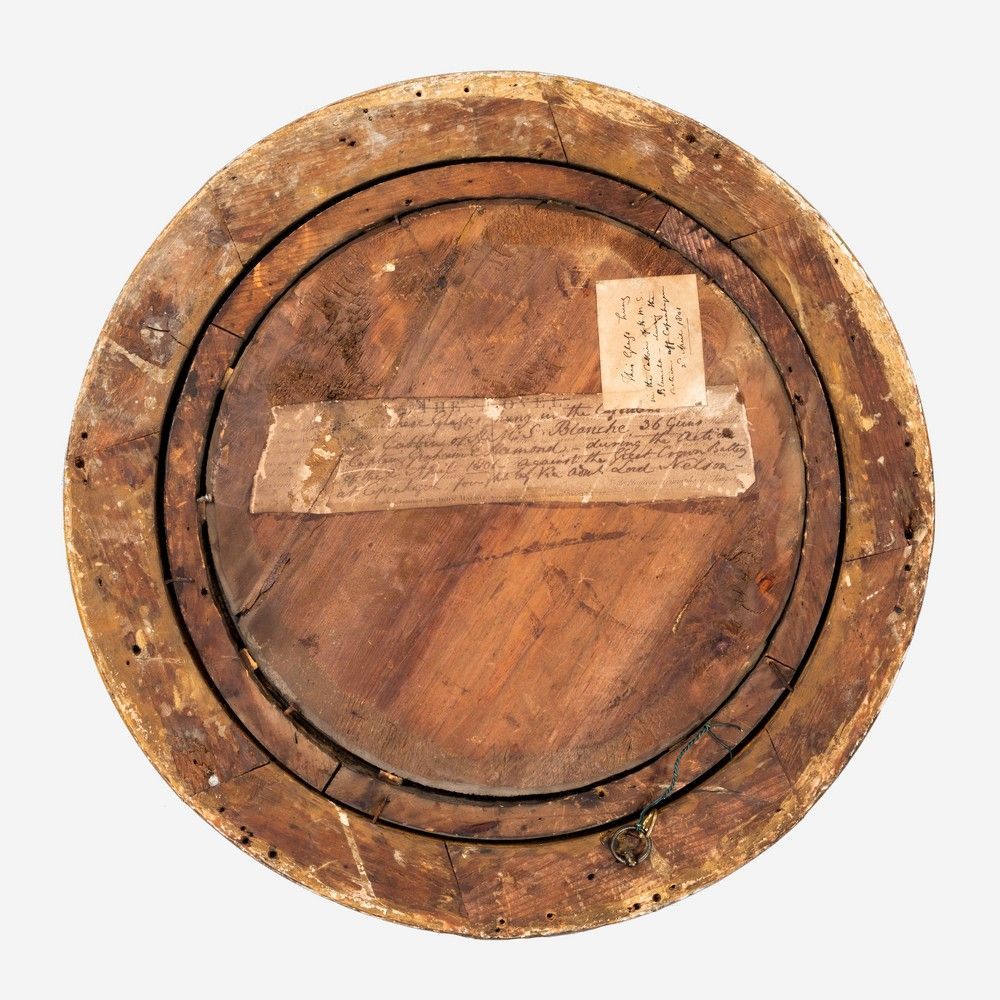 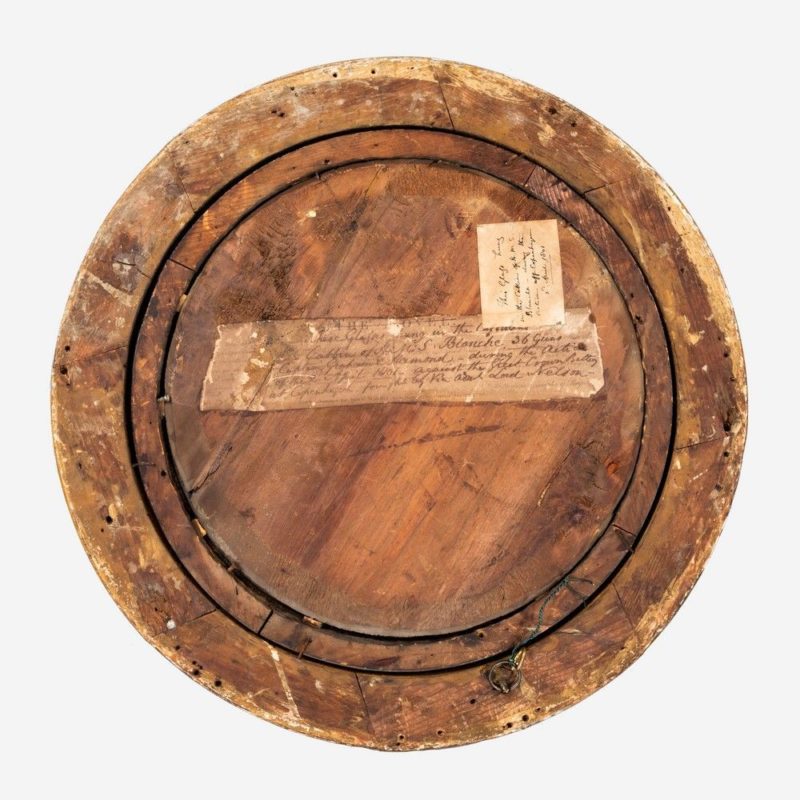 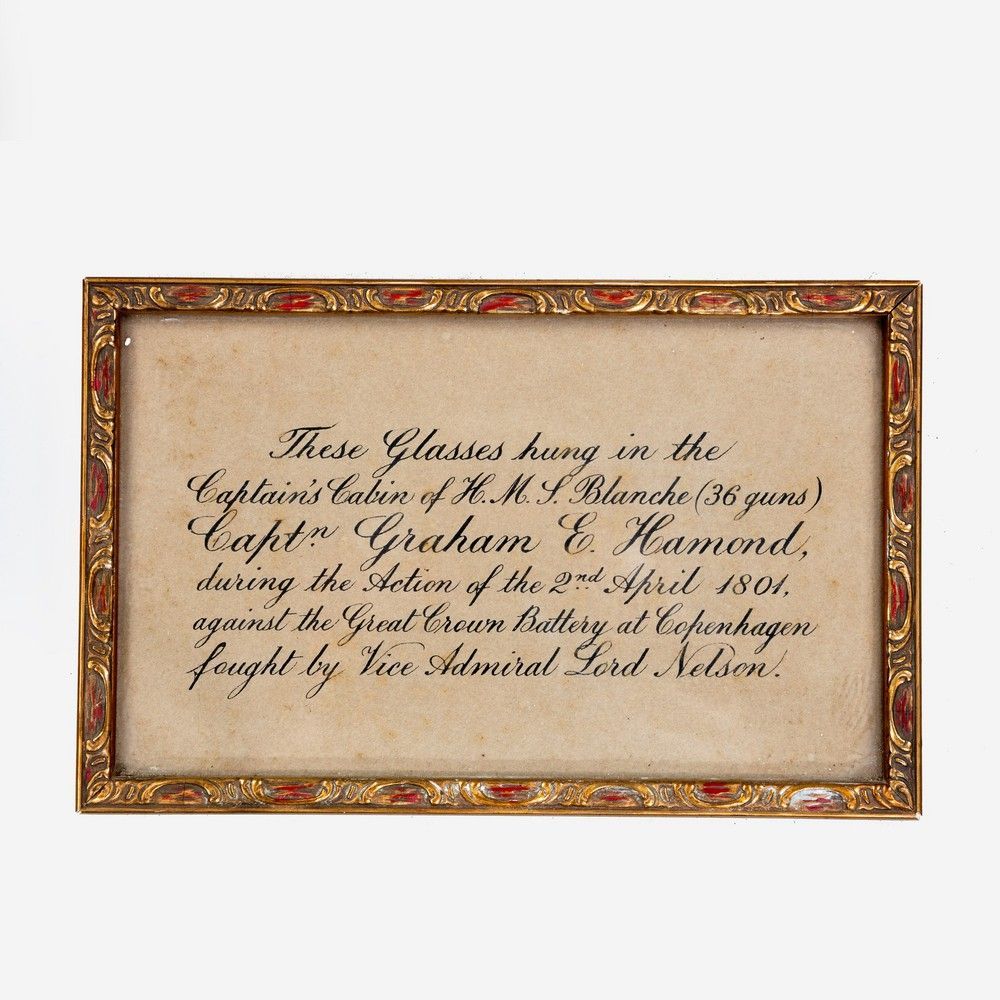 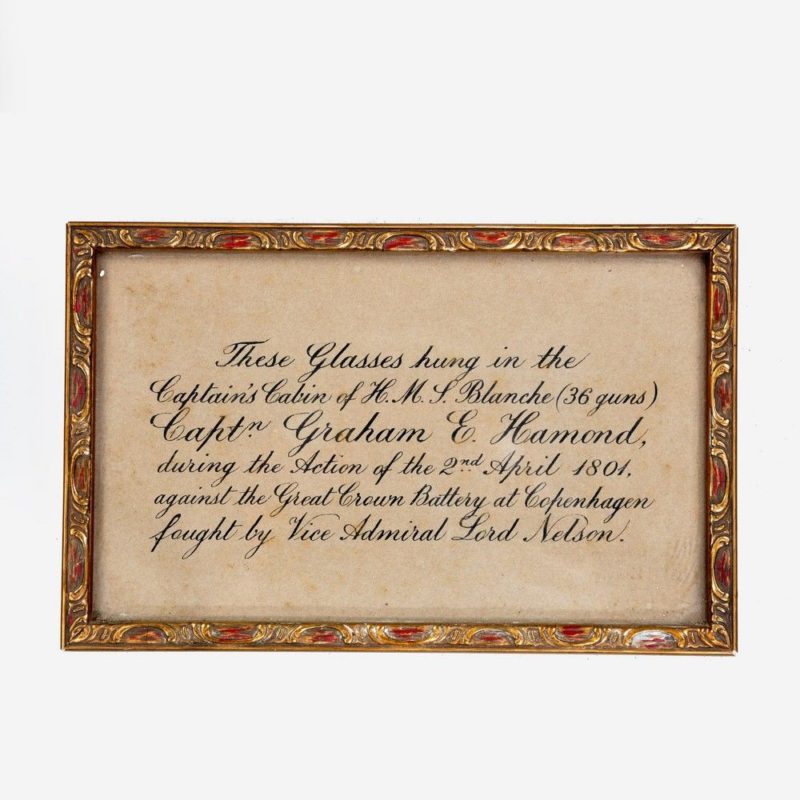 Admiral Hamond’s Mirrors from HMS Blanche as The Battle of Copenhagen, 1801

Each of these mirrors has a circular convex plate within a carved giltwood frame and a hand-written paper label on the reverse which has been transcribed onto a framed card stating ‘These Glasses hung in the Captain’s Cabin of HMS Blanche (36 guns) Captn. Graham E. Hamond, during the Action of the 2nd April 1801, against the Great Crown Battery at Copenhagen fought by Vice Admiral Lord Nelson.’
English, circa 1800.

Admiral of the Fleet Sir Graham Eden Hamond (1779- 1862) saw action as a junior officer at the Battle of the ‘Glorious First of June’ and then at the Battle of Toulon. He commanded the fifth-rate Blanche at the Battle of Copenhagen on the northern part of the line facing the Tre Kronor Battery, positioned between Alcmene and Amazon (Captain Edward Riou who was killed at
the action). Obscured by smoke they missed Nelson’s celebrated “Blind Eye” signal to pursue the action and were the only part of the fleet to obey Admiral Sir Hyde Parker’s order to retreat. After a period of leave from the Navy, Hamond became commanding officer of the third- rate Wellesley which conveyed the diplomat Lord Stuart de Rothesay to Brazil to negotiate a commercial treaty with the Emperor Pedro I. Hamond’s final position was Commander-in-Chief, South American Station.