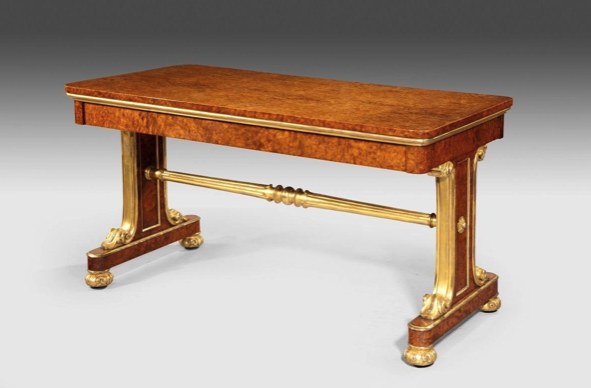 We are delighted to offer four pieces of furniture (two illustrated) attributed to Morel and Seddon, one of the most important makers of the 19th century. Three of these pieces are library or writing tables and the fourth is a console table. Her Majesty Queen Elizabeth II has been filmed behind an almost identical table in Buckingham Palace during several of her annual Christmas messages to the Nation (see image above and inside the front cover).

Below: A very similar Regency Amboyna and gilt library table attributed to Seddon and Morel, but with scroll feet. English, circa 1815. 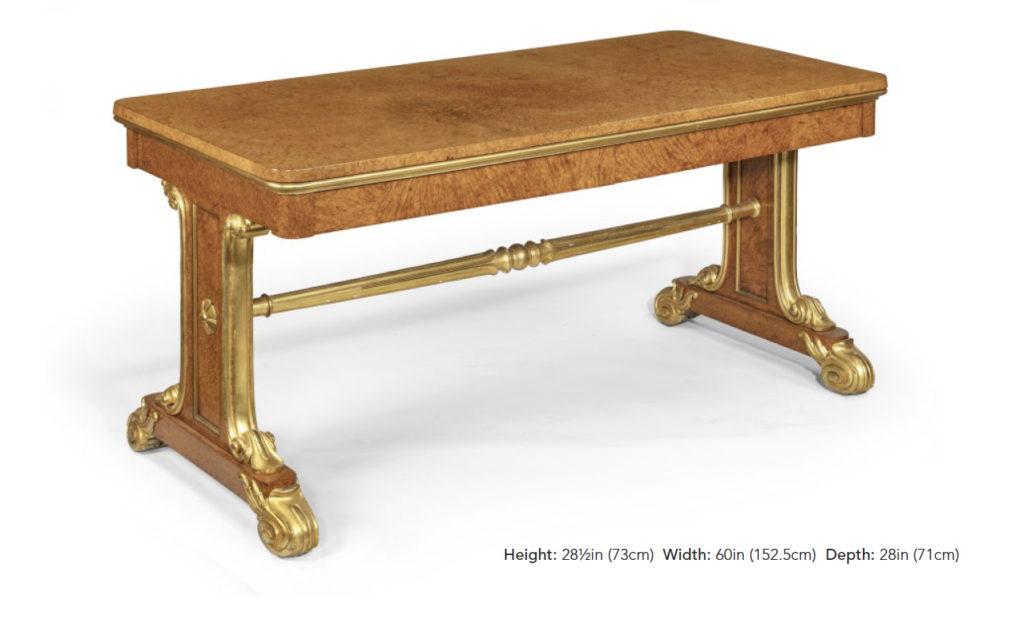