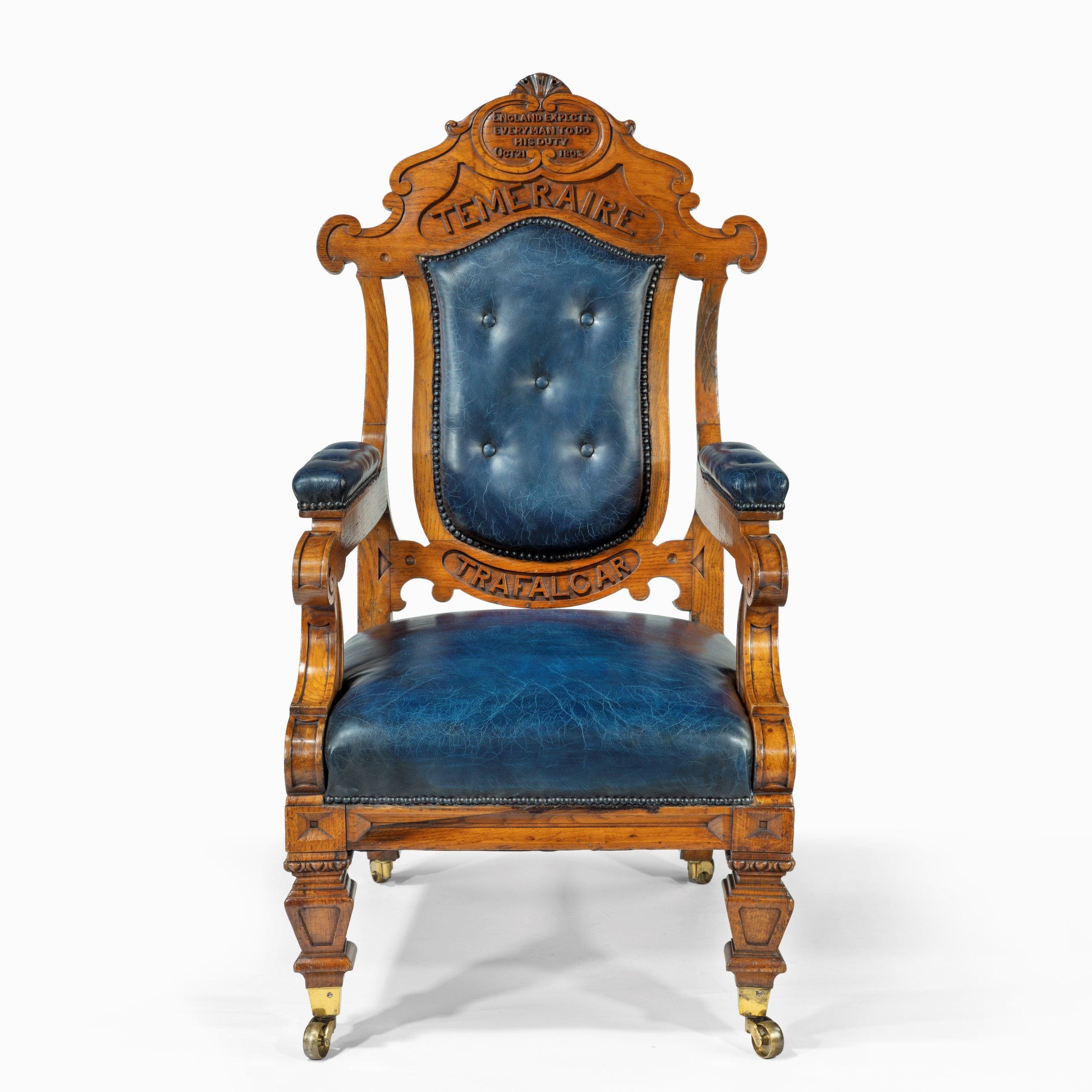 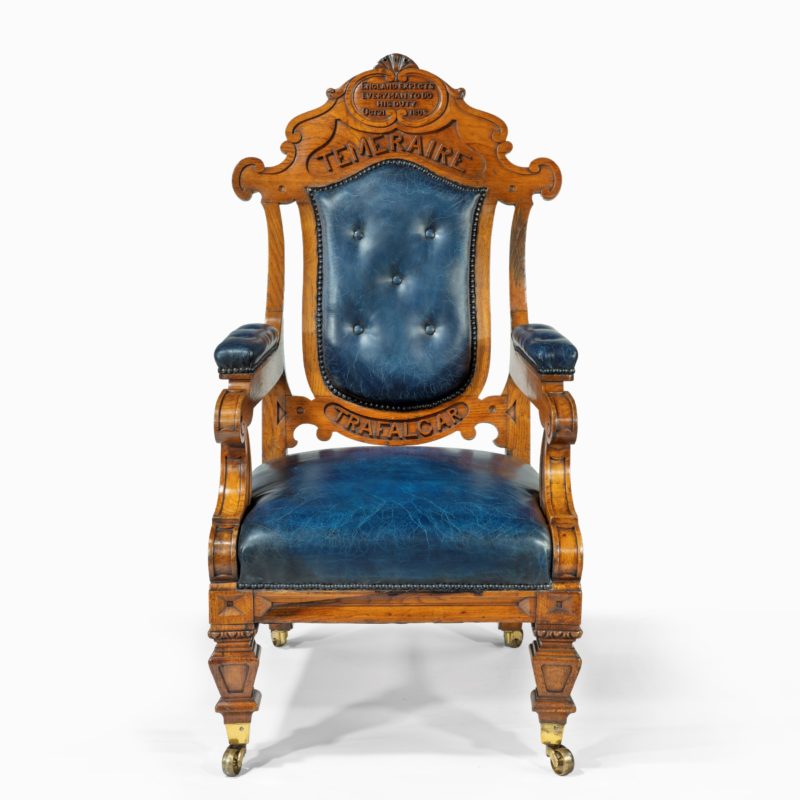 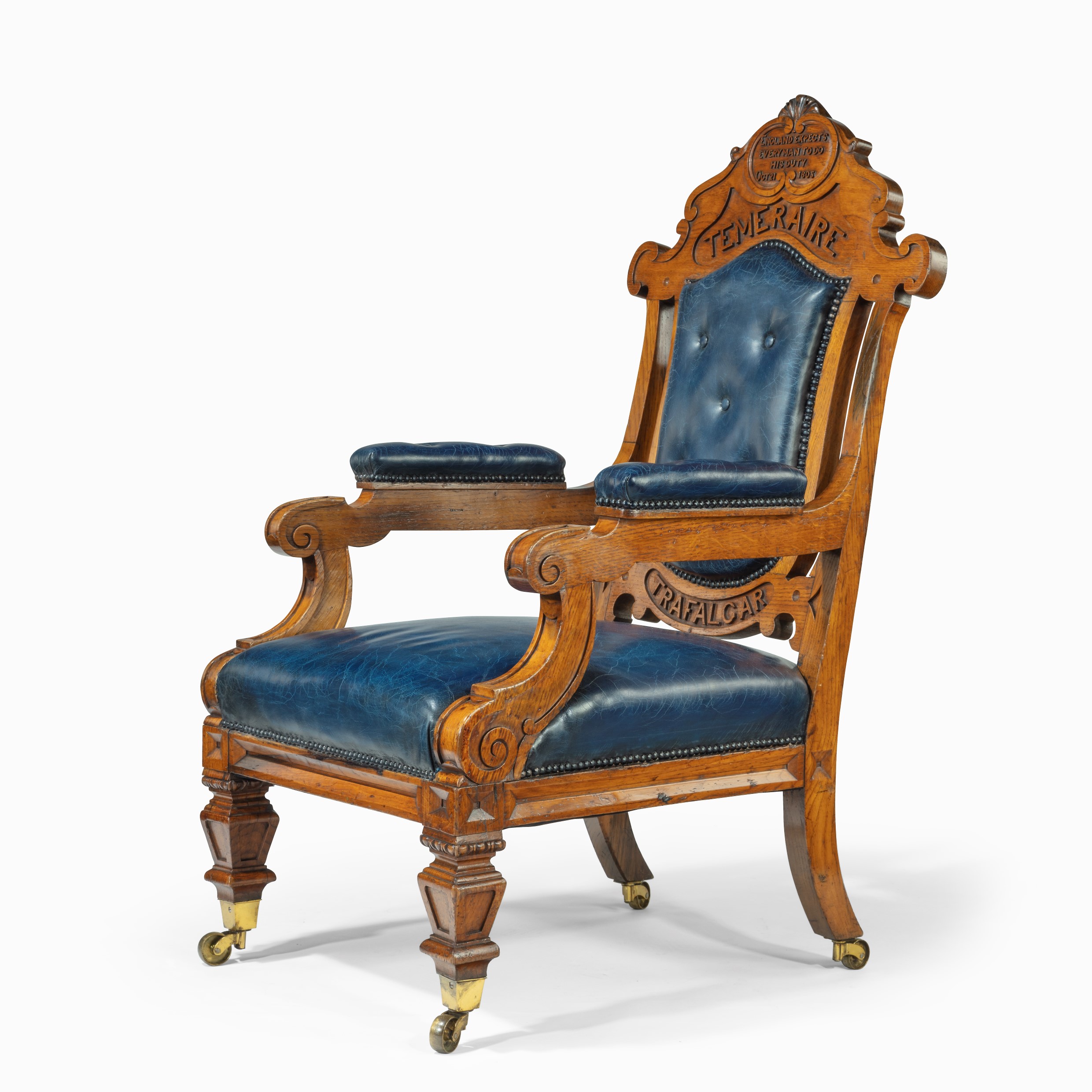 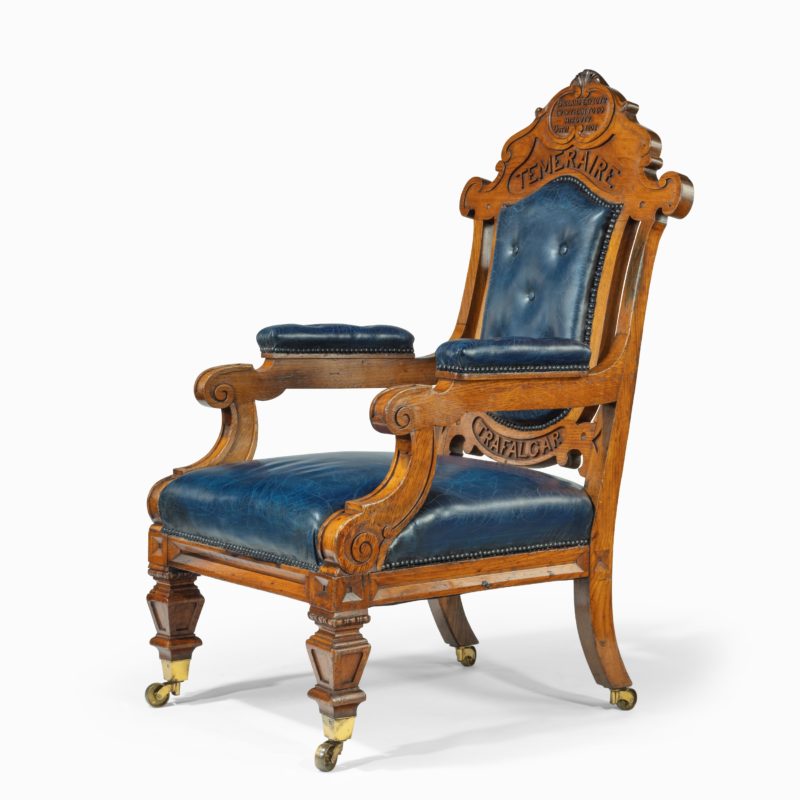 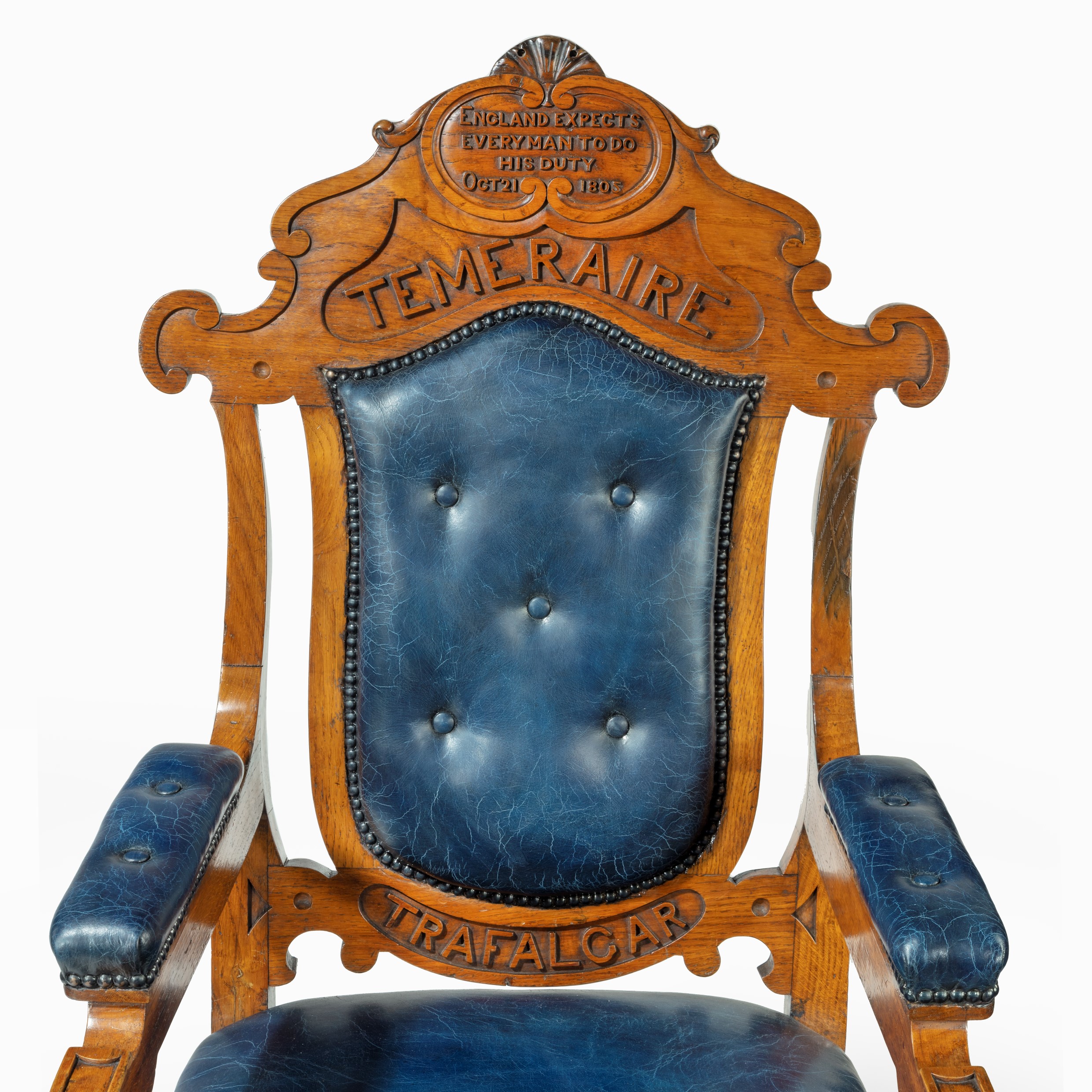 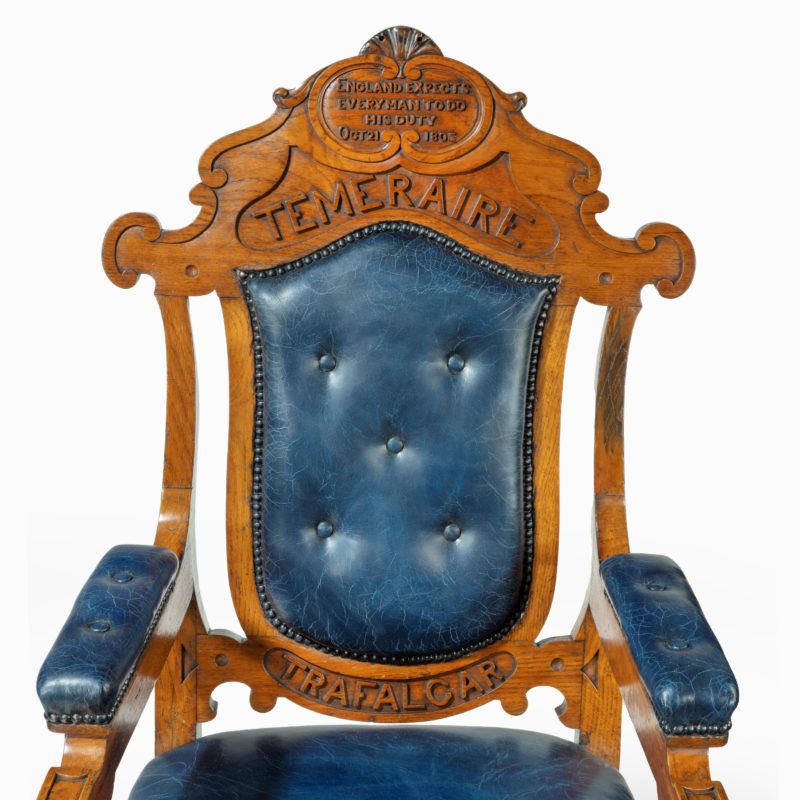 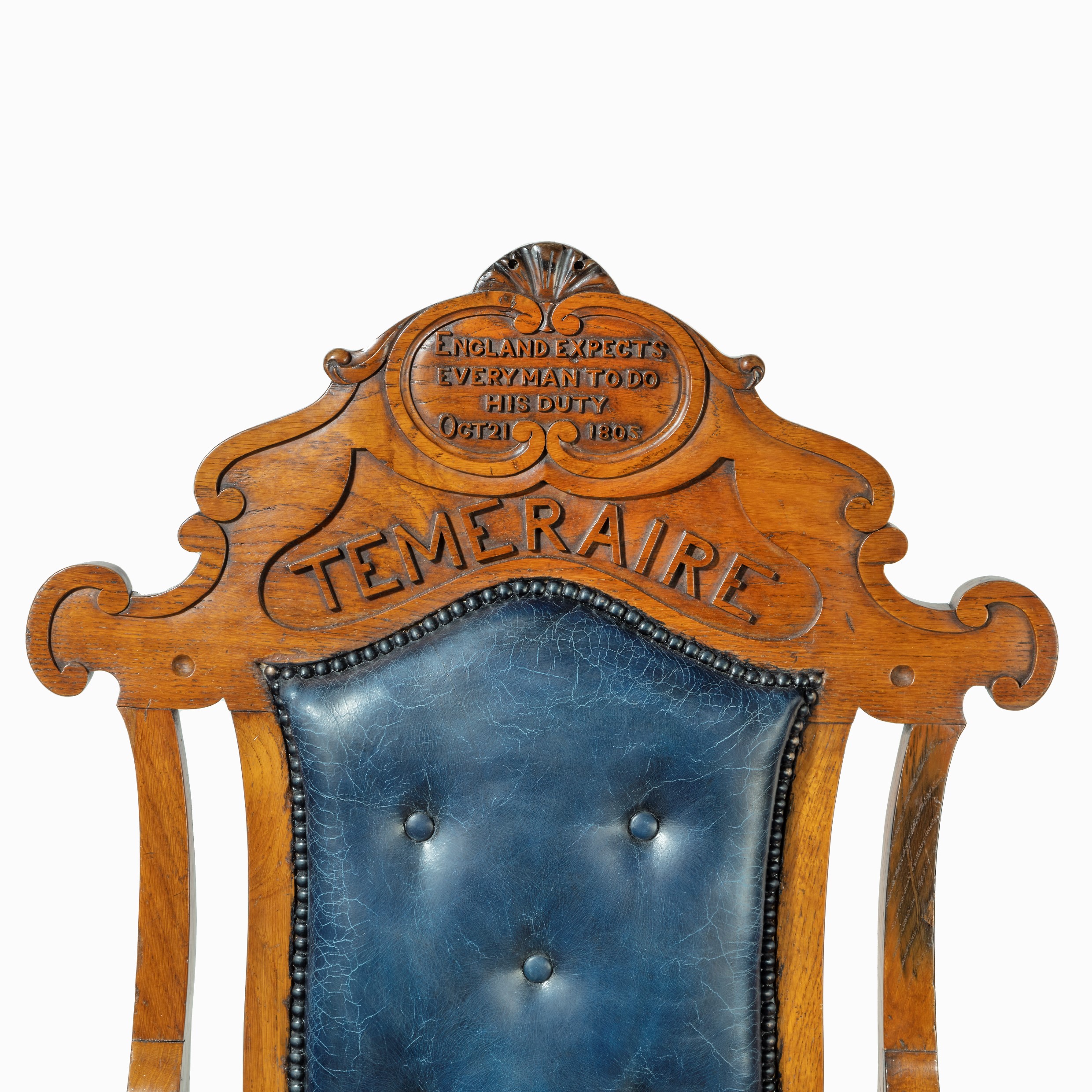 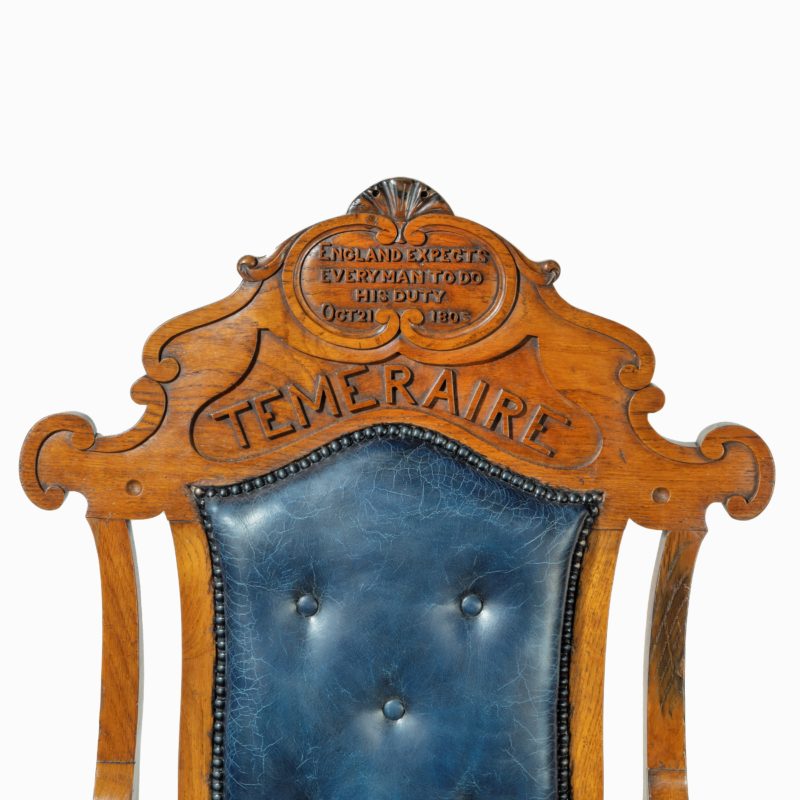 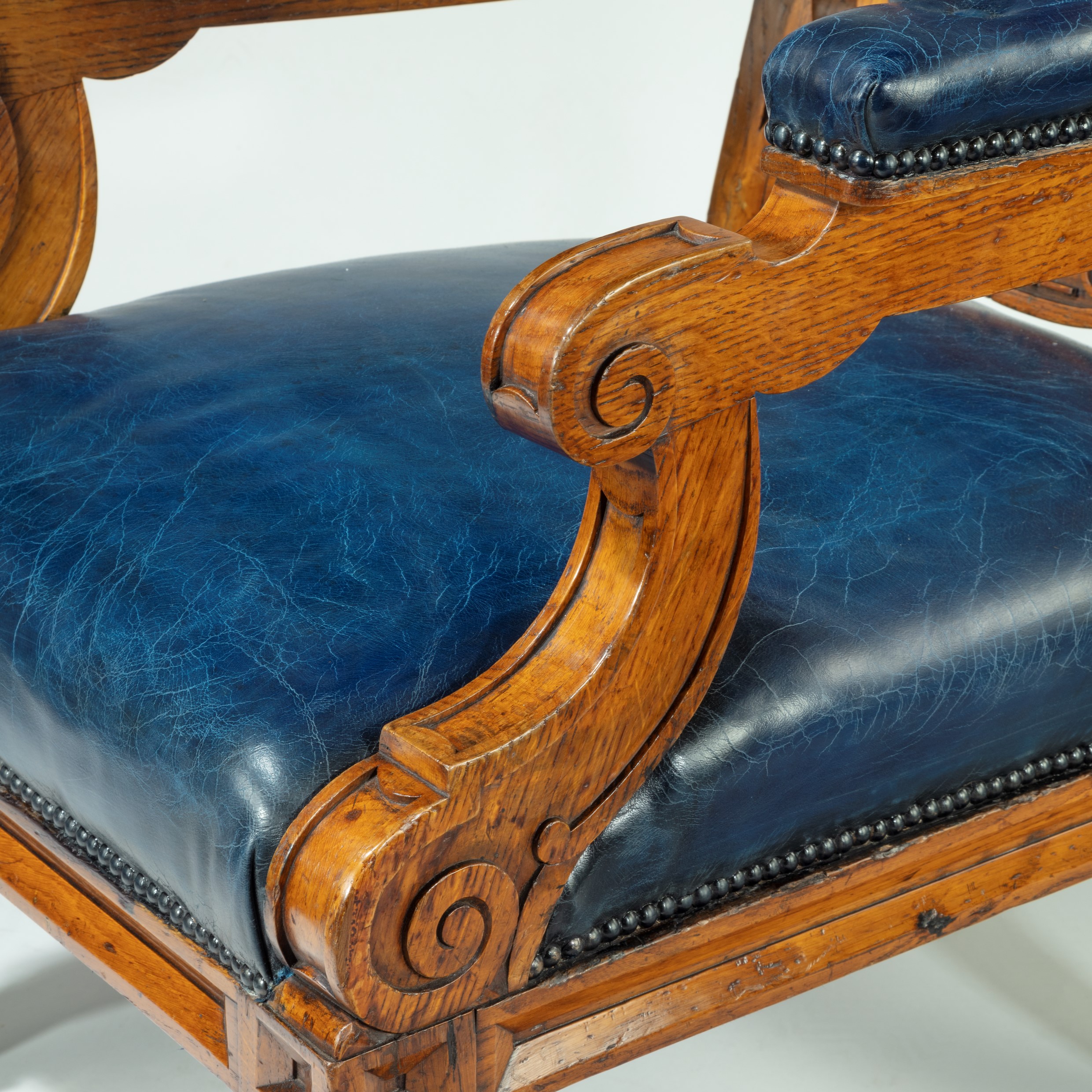 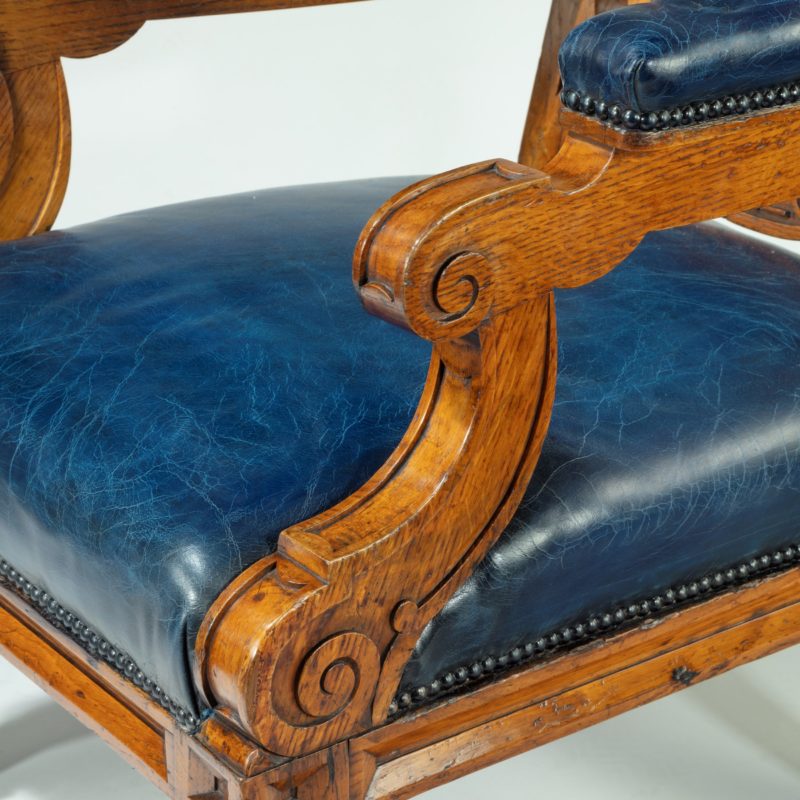 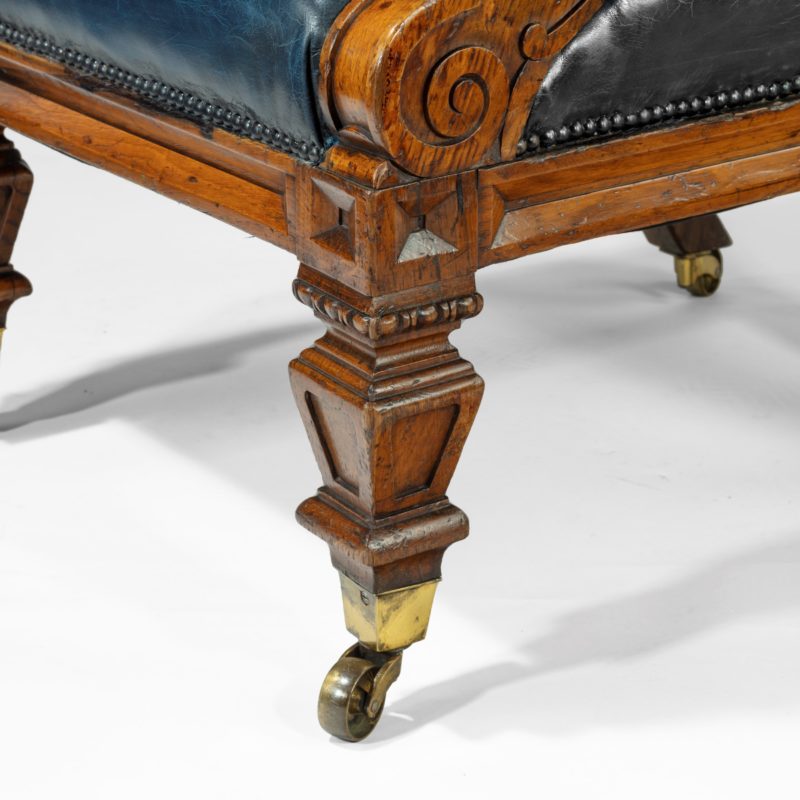 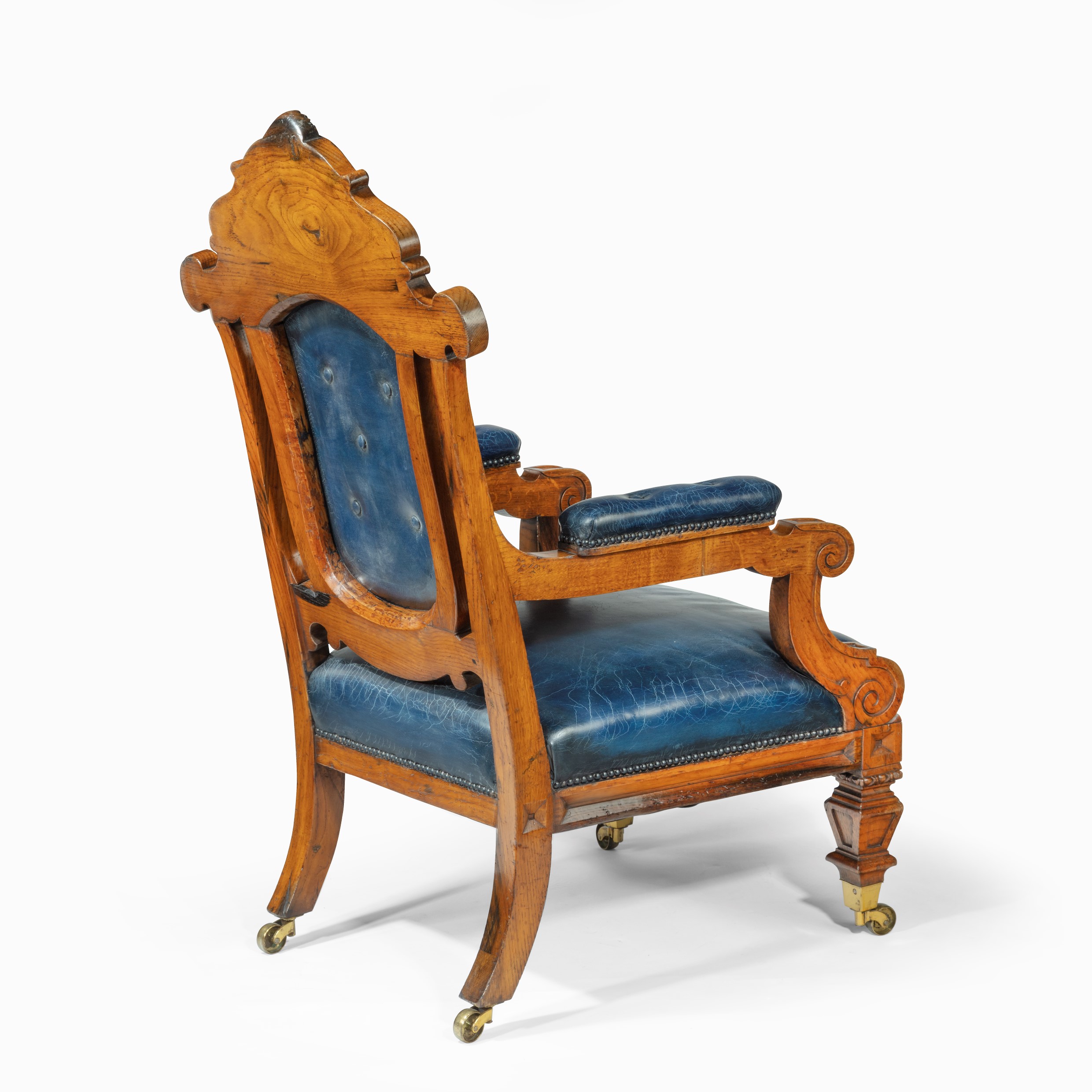 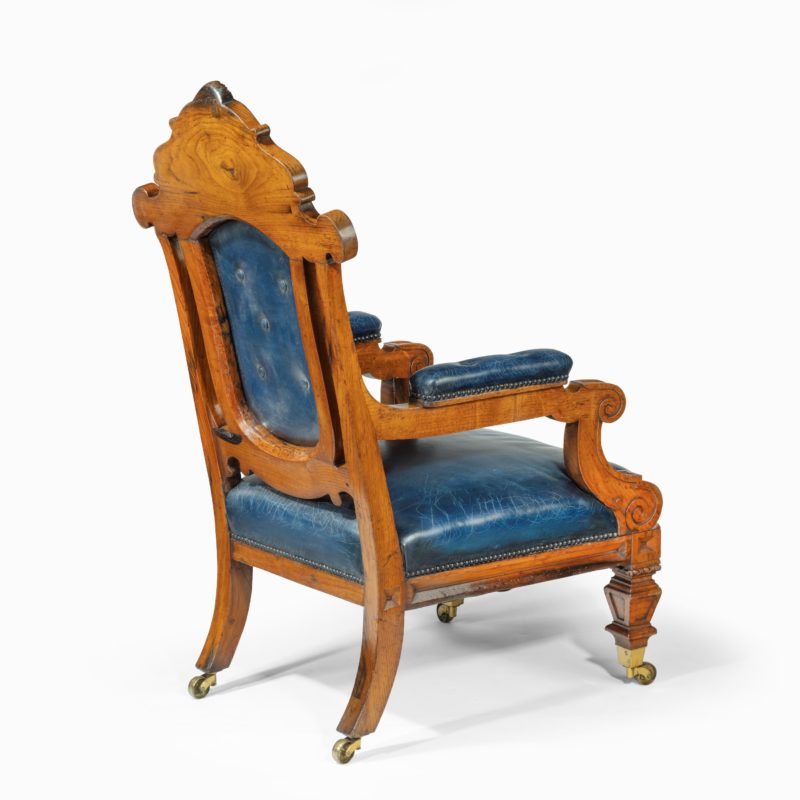 An armchair made of timbers from Trafalgar battleship H.M.S. Temeraire

This imposing oak chair has a leather upholstered shield-shaped back and seat. The padded arms terminate in S-scroll supports. The square, tapering and panelled front legs and the outswept back legs all enclose the original castors. The seat back is boldly carved with a central cartouche inscribed ‘England expects every man to do his duty Oct 21 1805’ above another with the name ‘Temeraire’ and a further name ‘Trafalgar’ below the seat pad. English, circa 1838.

The Temeraire (1798-1838) was a 98-gun second-rate ship of the line. She served during the French Revolutionary and Napoleonic Wars, mostly on blockades or convoy escort duties. However, as the only fleet action she saw was at the Battle of Trafalgar and because, in that battle, she came to the rescue of Nelson’s beleaguered flagship Victory, and fought and captured two French ships, she instantly won public acclaim. She was henceforth known as The Fighting Temeraire. J.M.W. Turner’s oil painting ‘The Fighting Temeraire tugged to her last Berth to be broken up, 1838’, voted Britain’s favourite painting in a BBC radio poll in 2005 and appearing on the back of the Bank of England £20 note issued in 2020, has further enhanced her immortality.

John Beatson paid £5,530 (£243,000 in today’s money) for HMS Temeraire and broke her up at his wharf at Rotherhithe. A contemporary report from the Morning Herald, 23 July 1840, states that some of the furniture made from the wood went to the family of her gallant commander at the Battle of Trafalgar, Admiral Sir Eliab Harvey, and an oaken case and an ‘elaborately carved armchair’ were presented to Rev. Blick of Rotherhithe. Correspondence in response to this article states that furniture and other articles were made for Mr John Beatson by Benjamin Thorn.