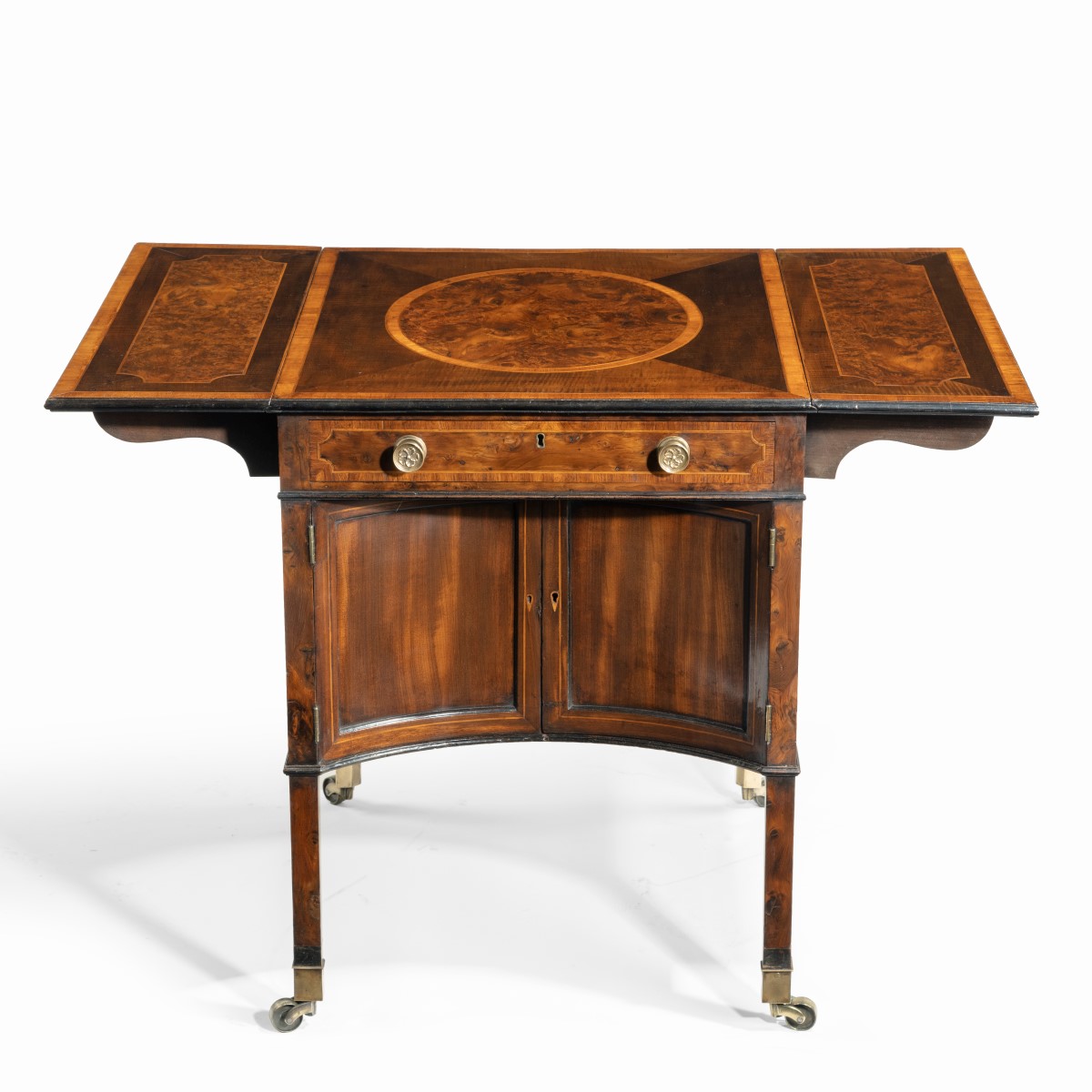 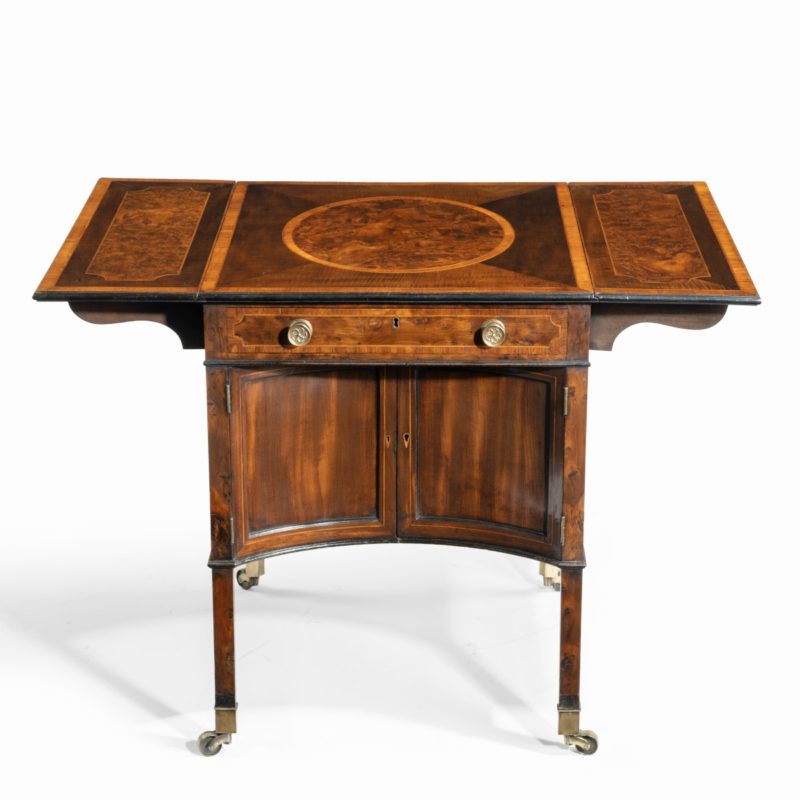 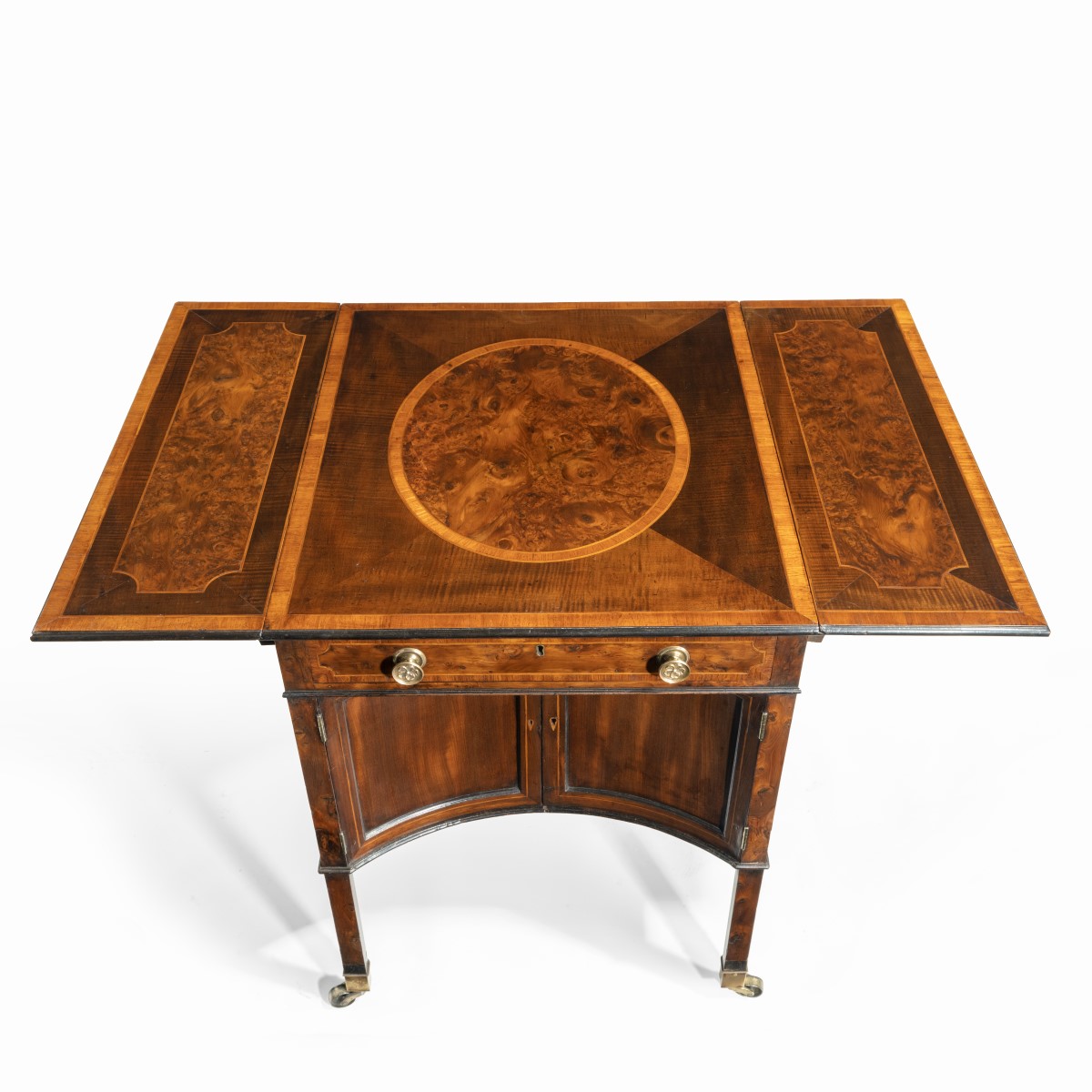 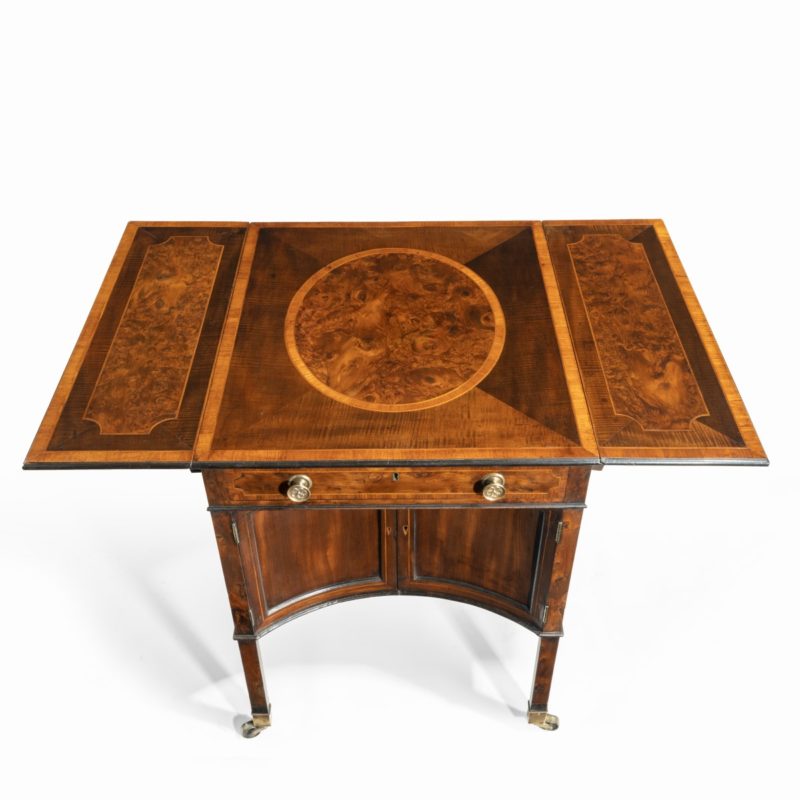 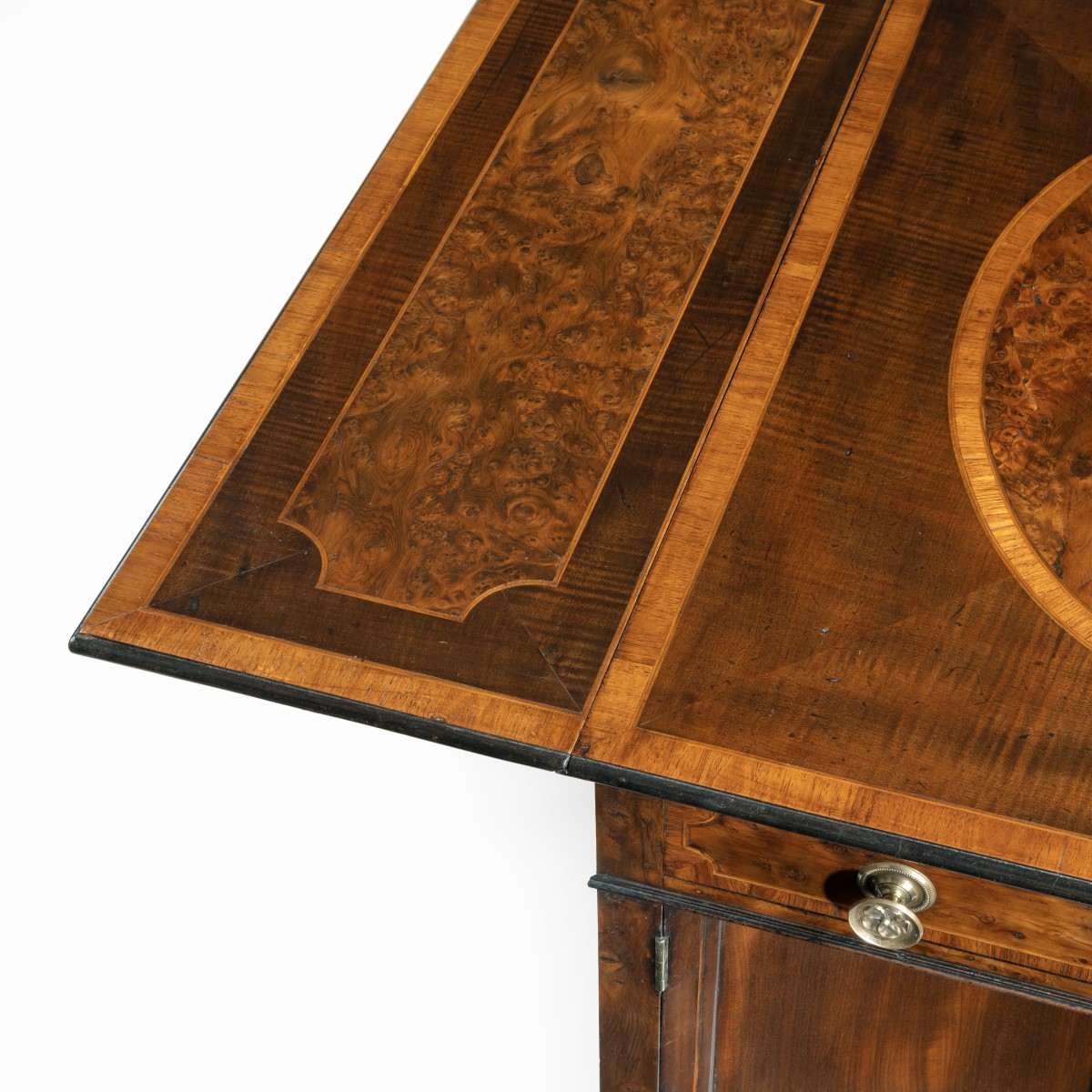 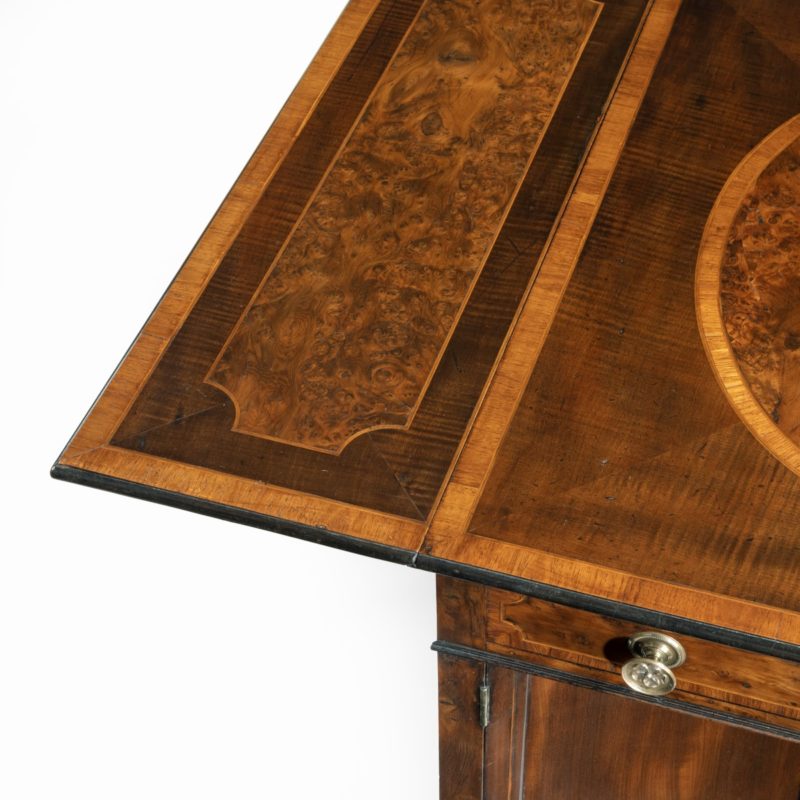 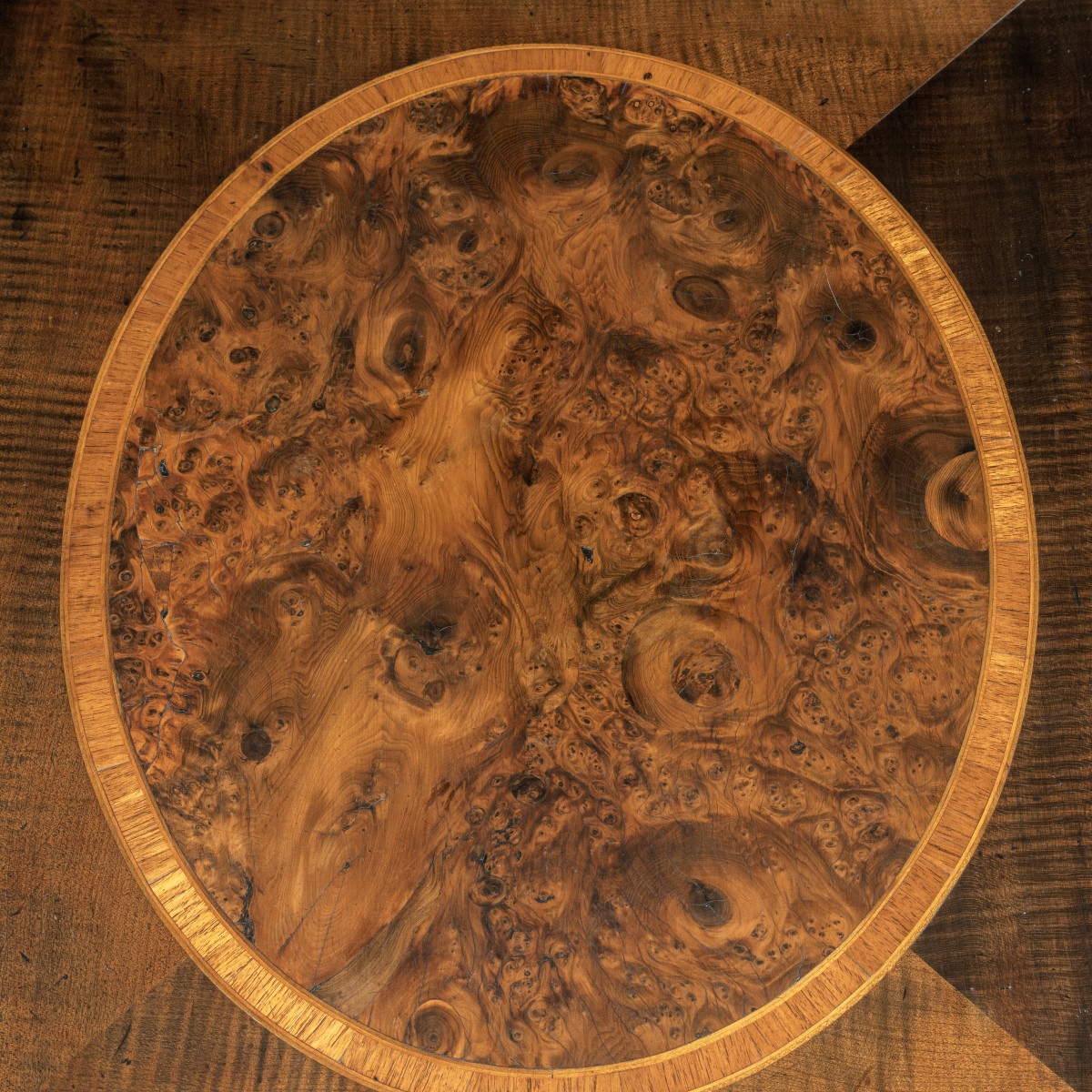 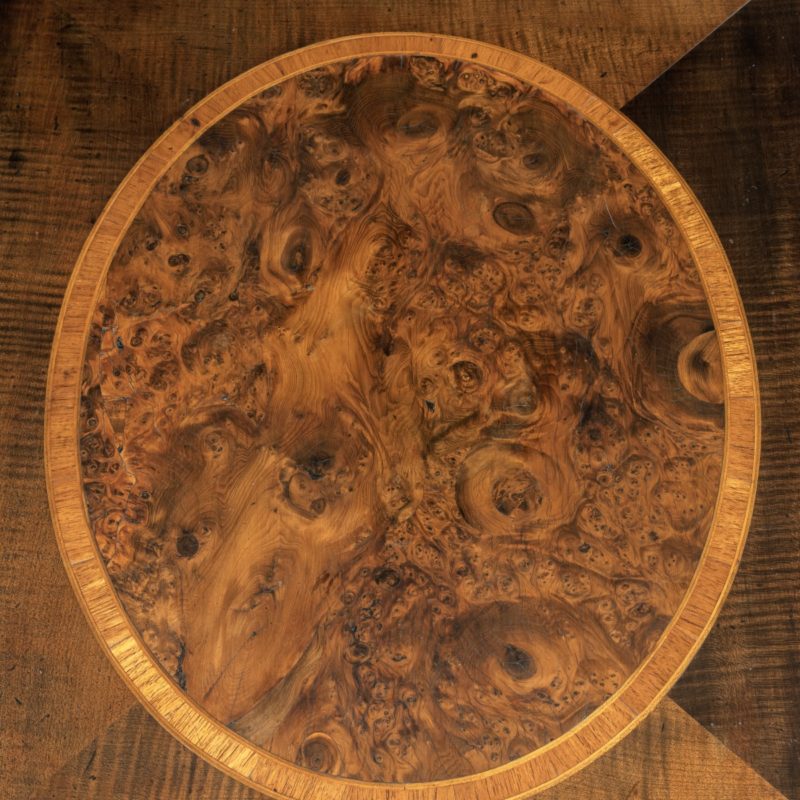 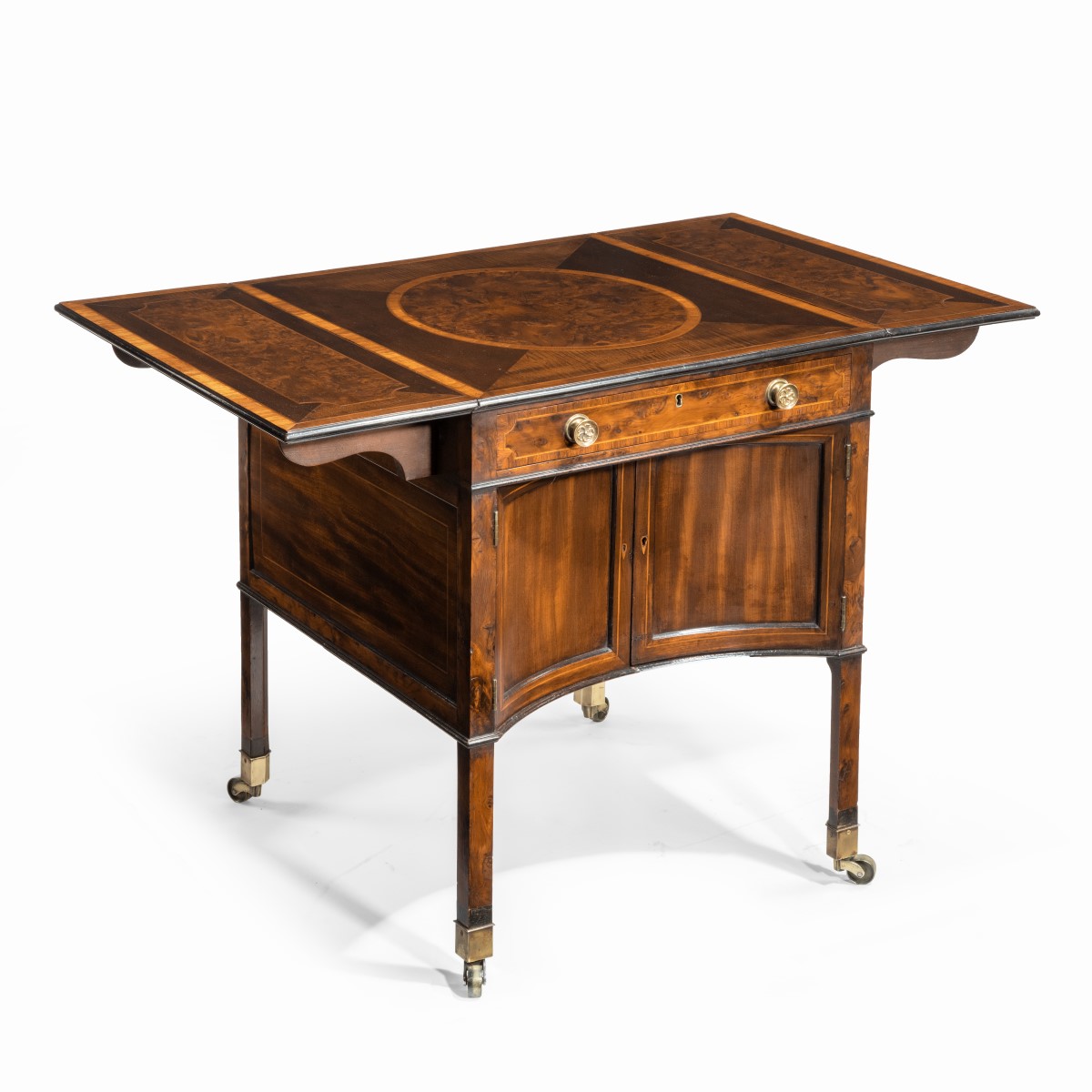 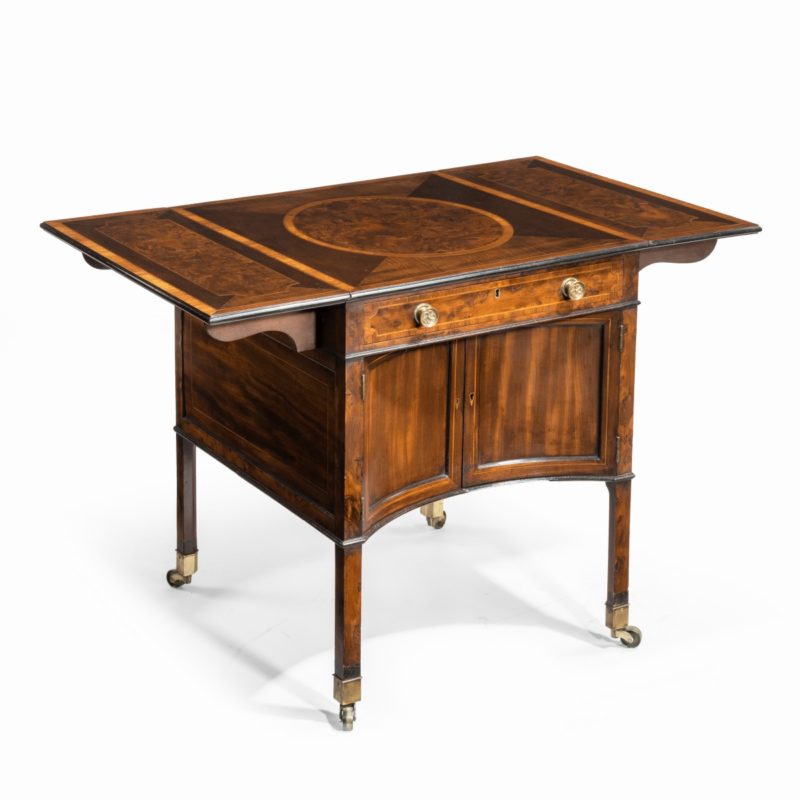 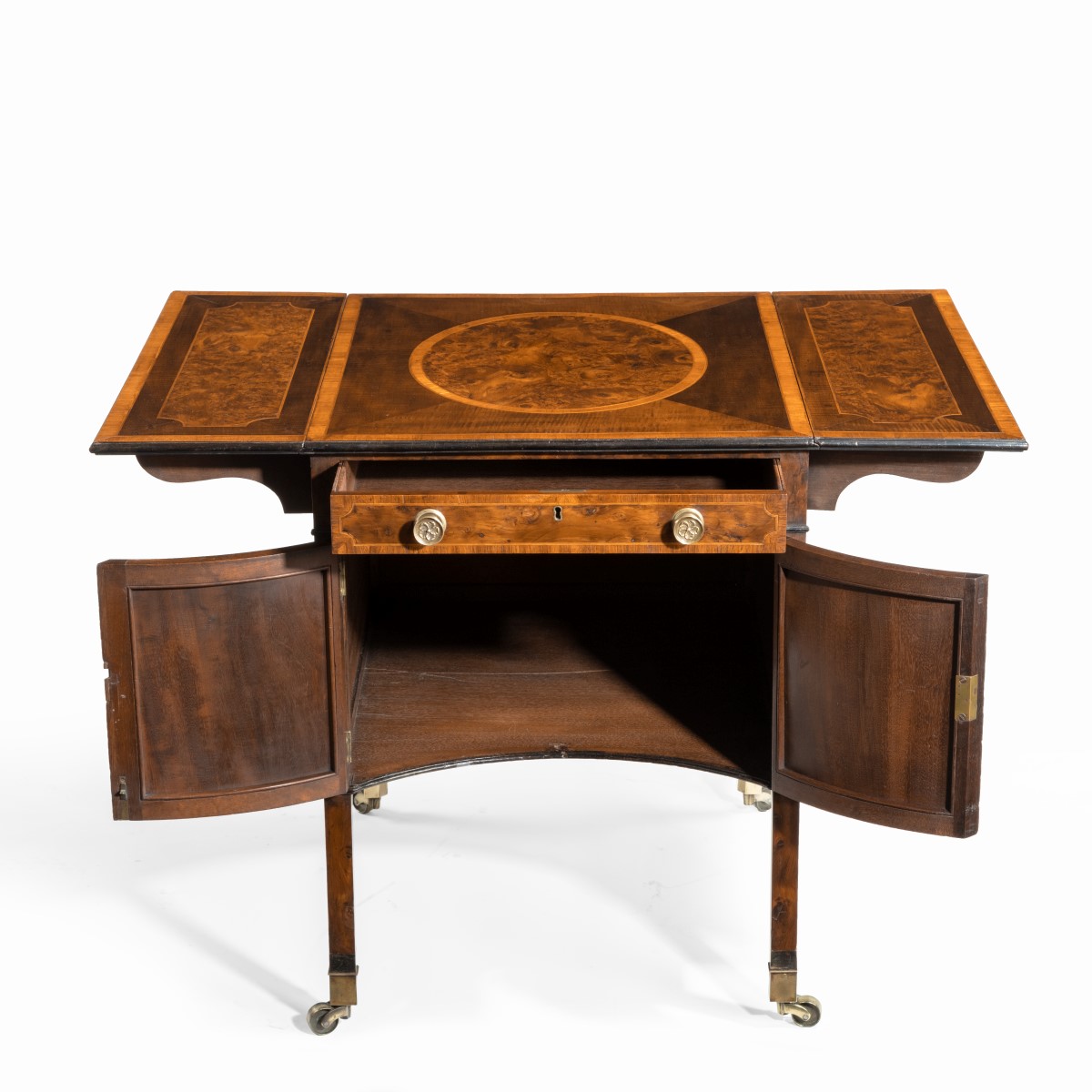 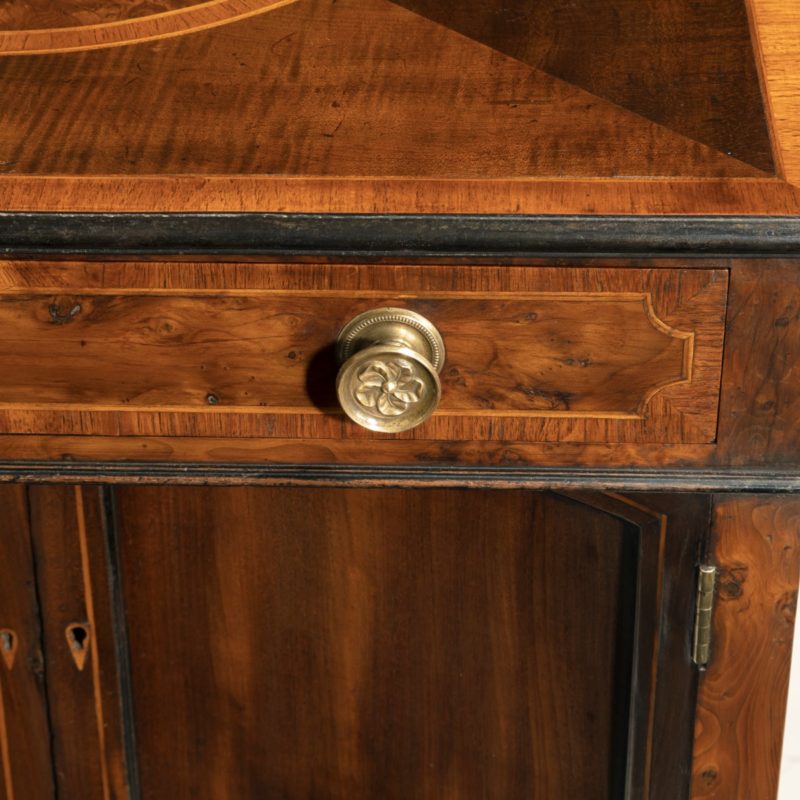 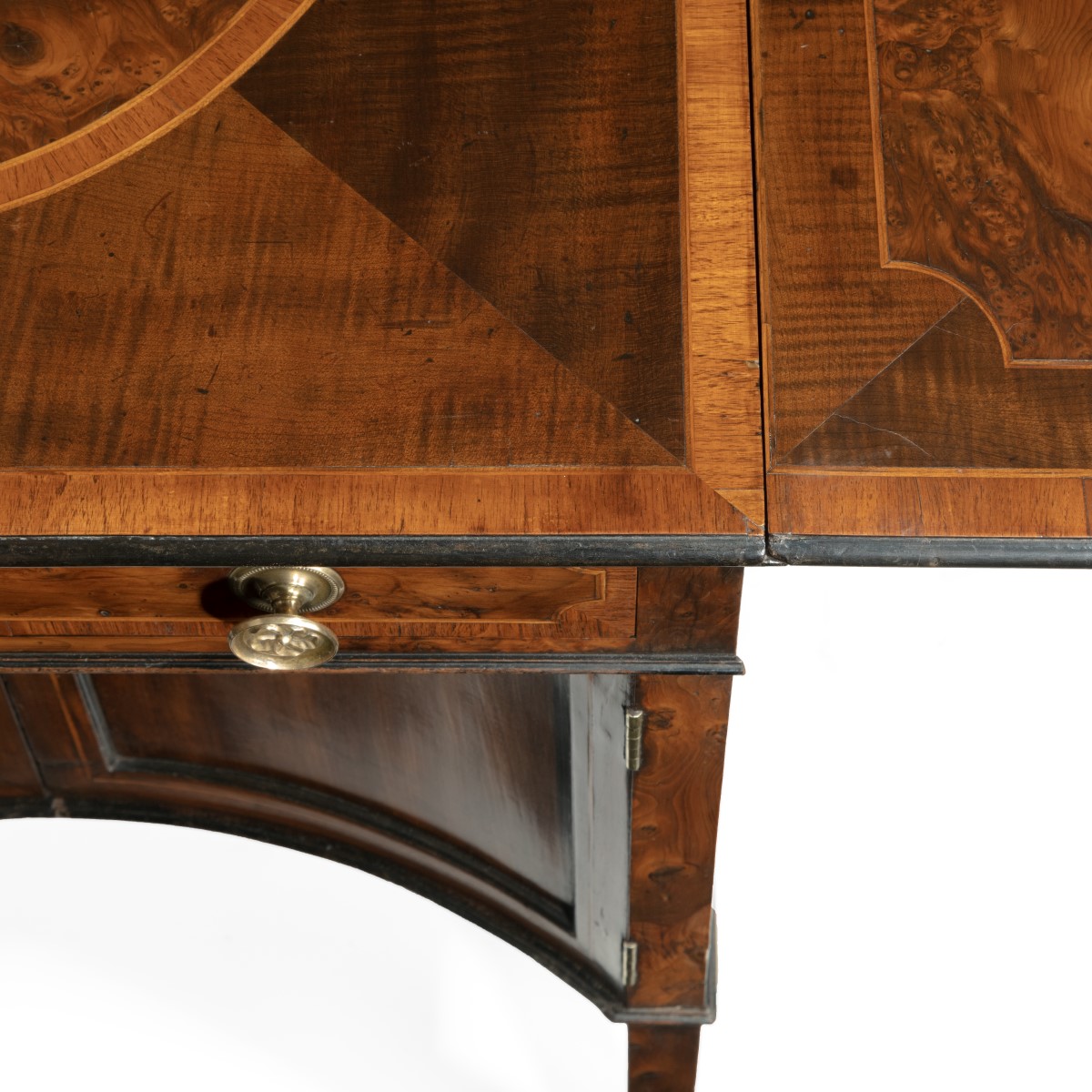 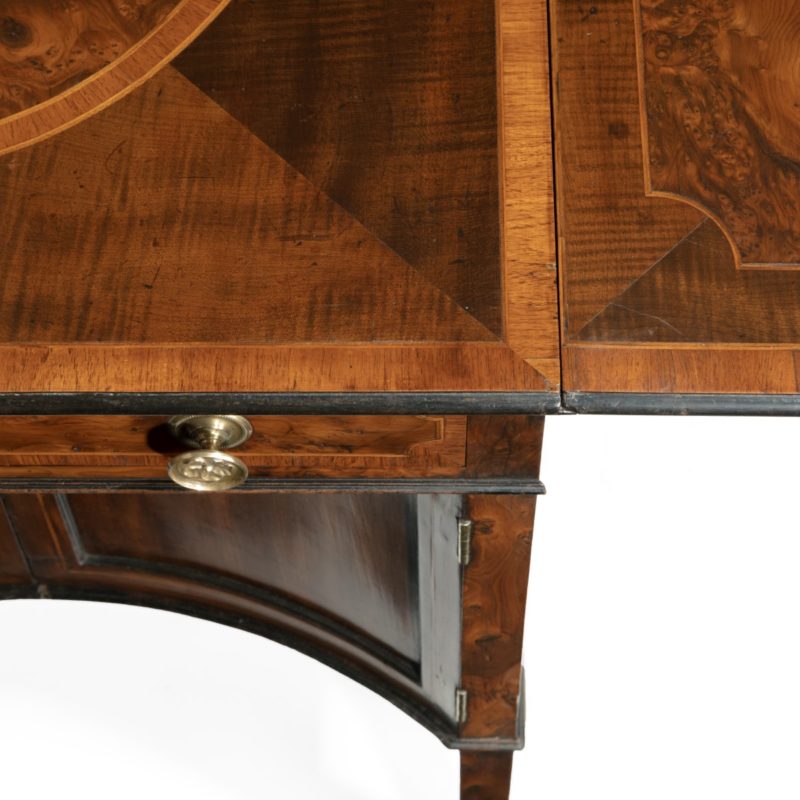 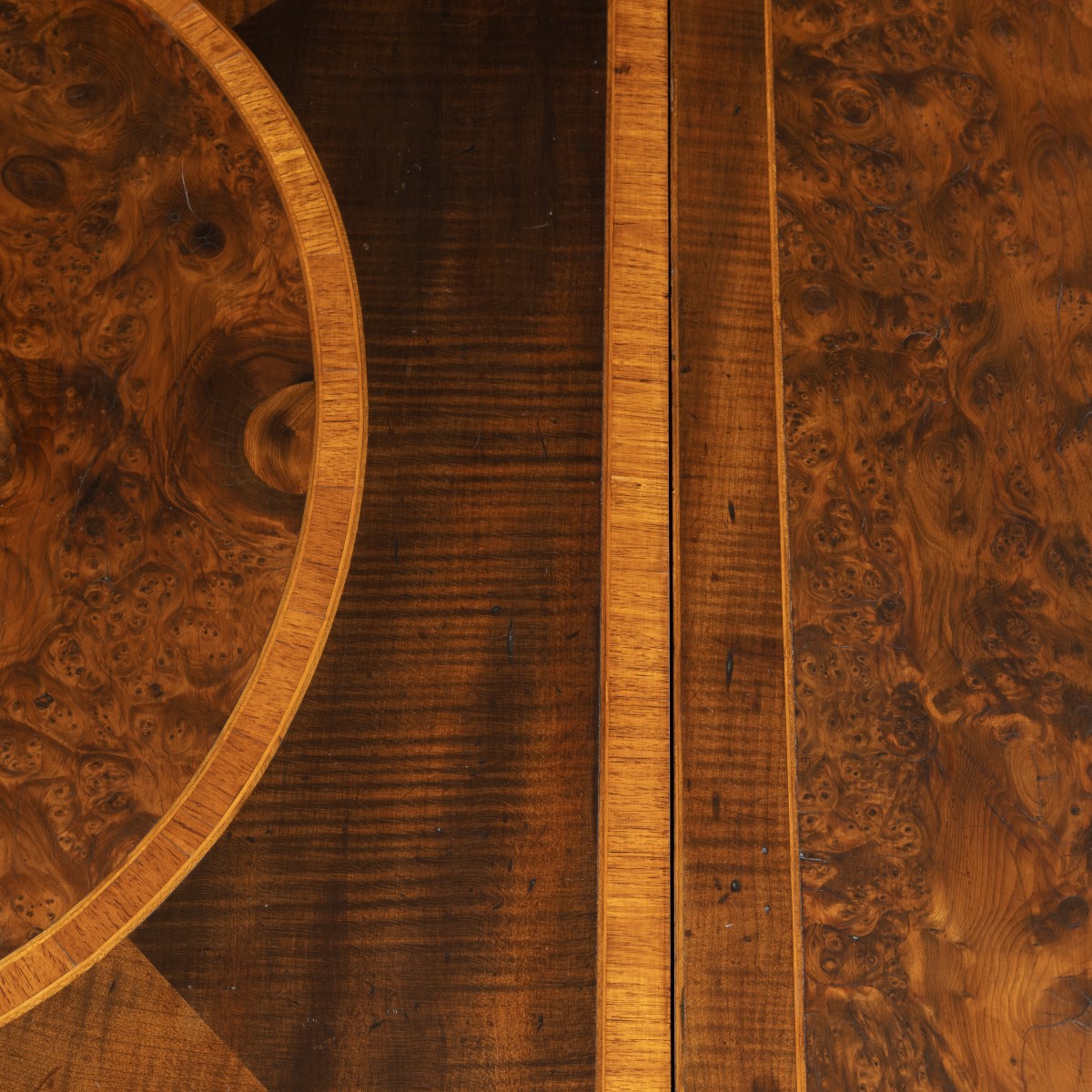 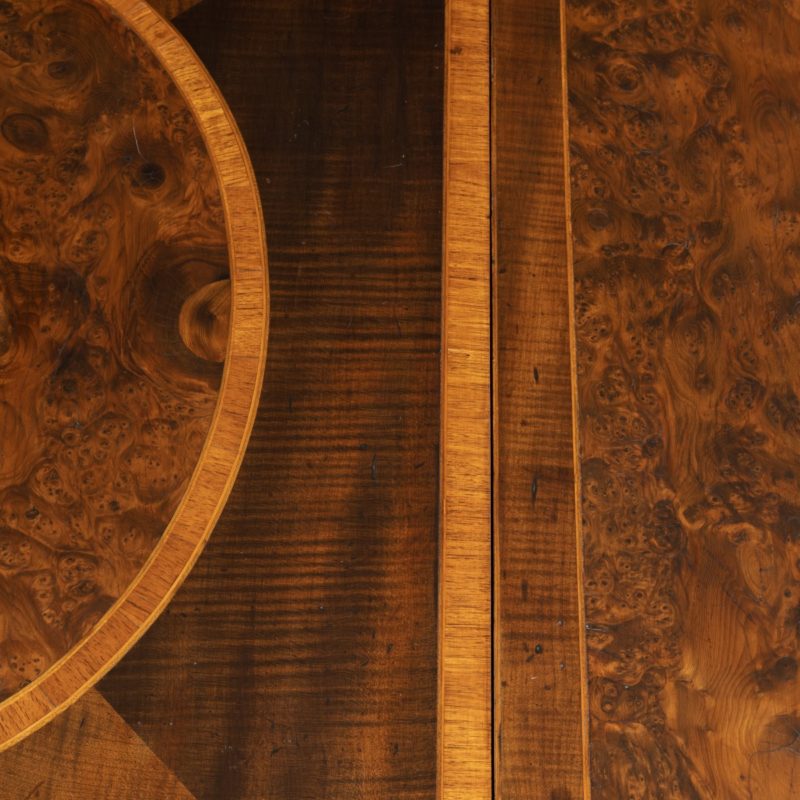 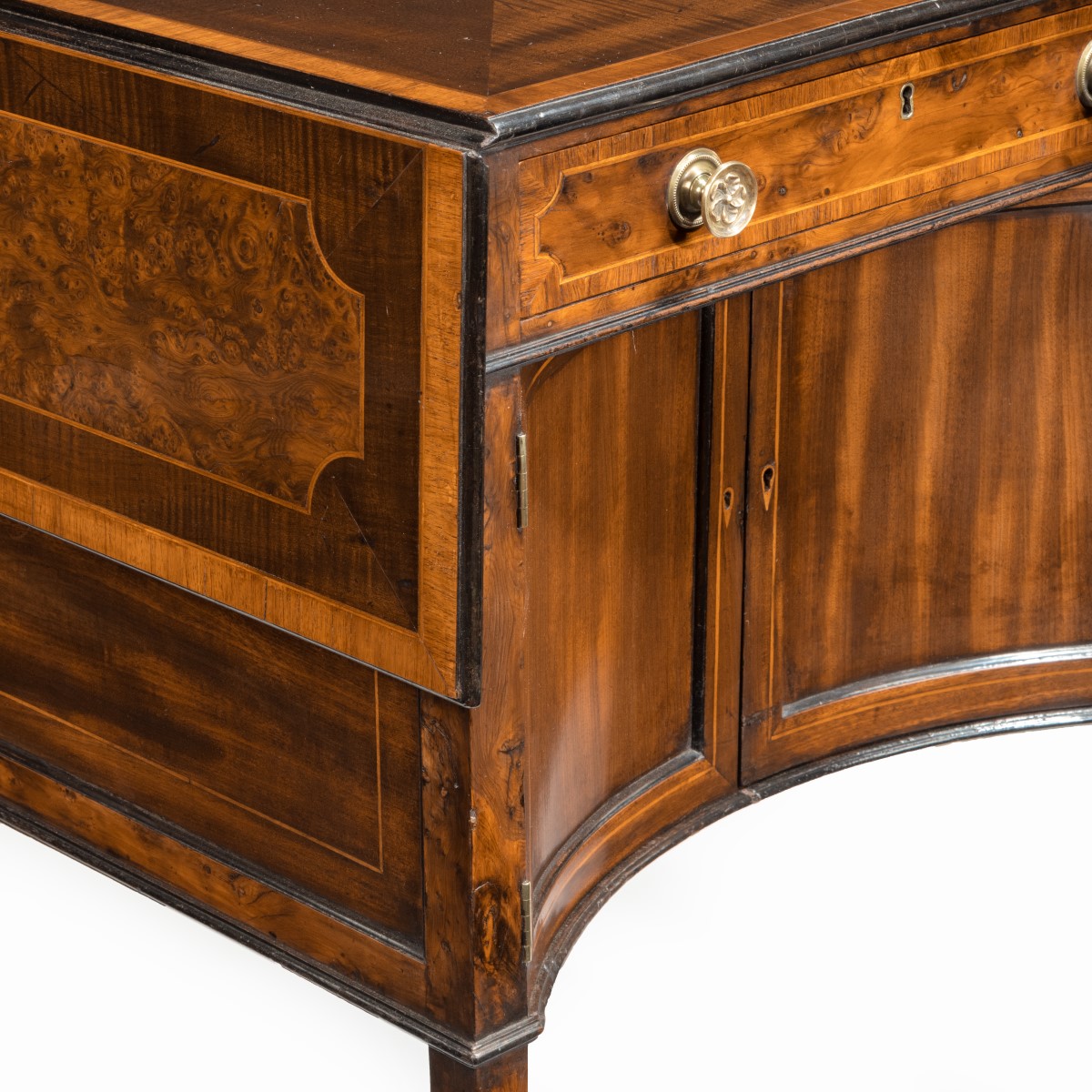 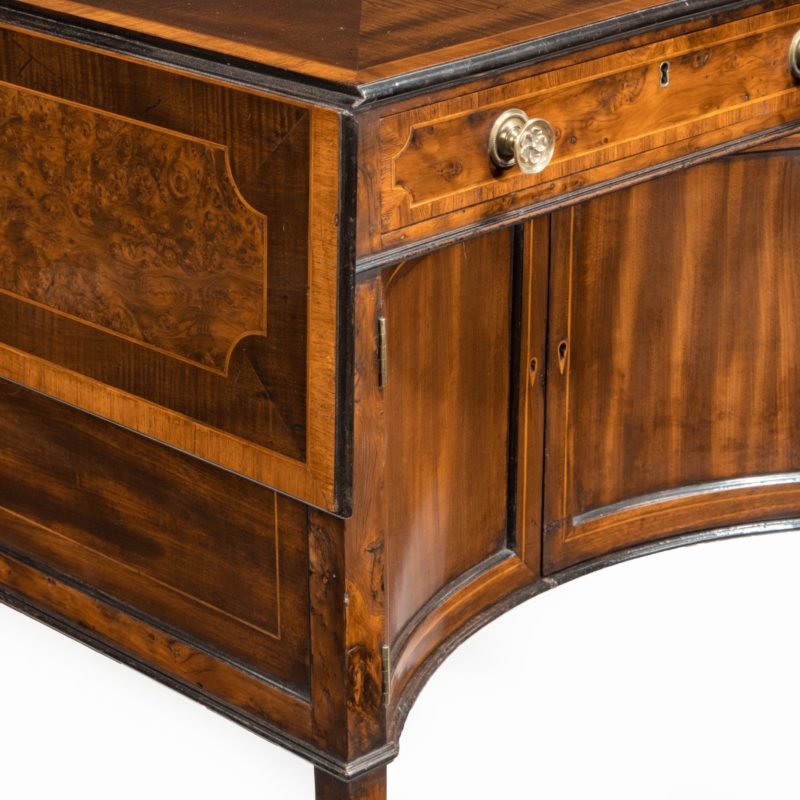 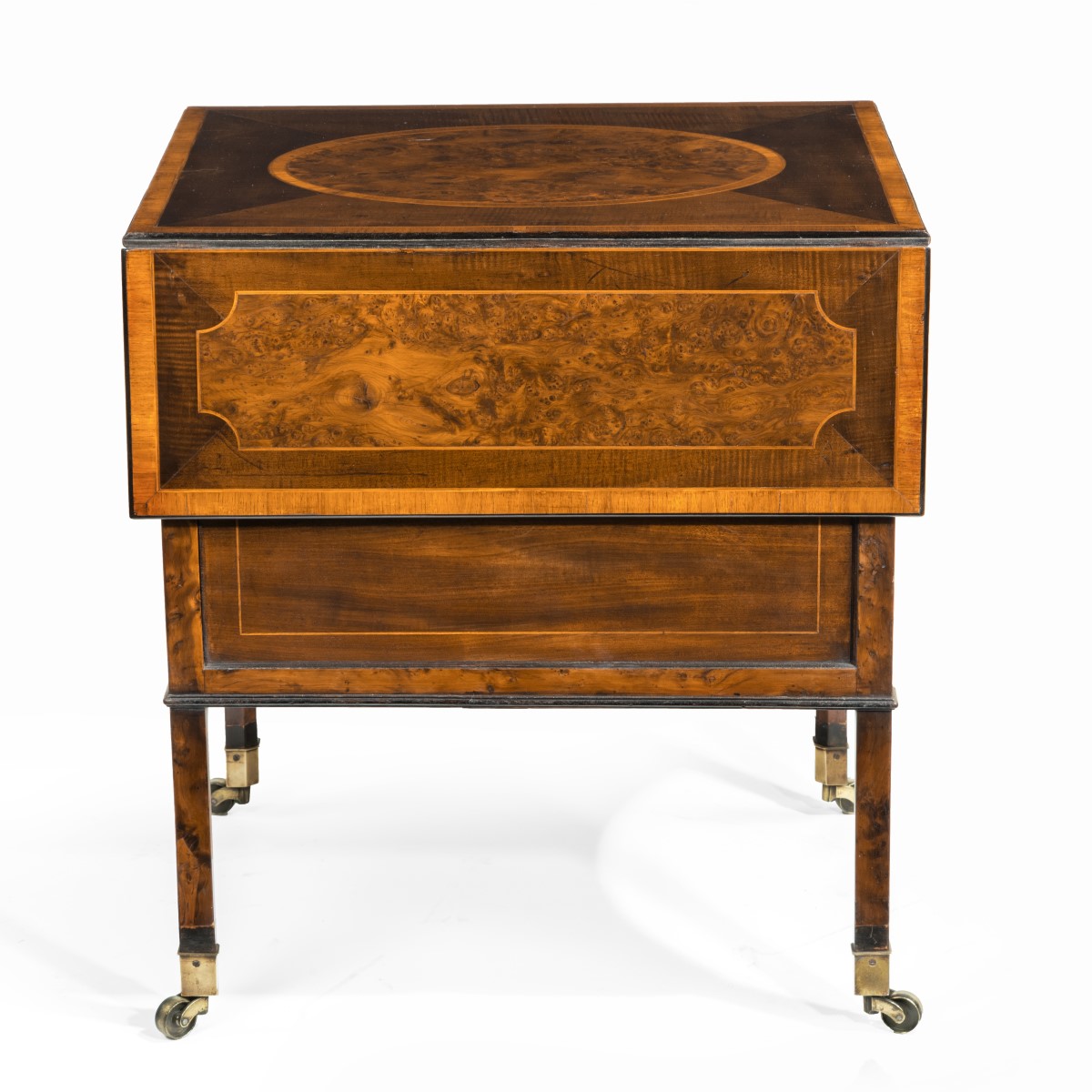 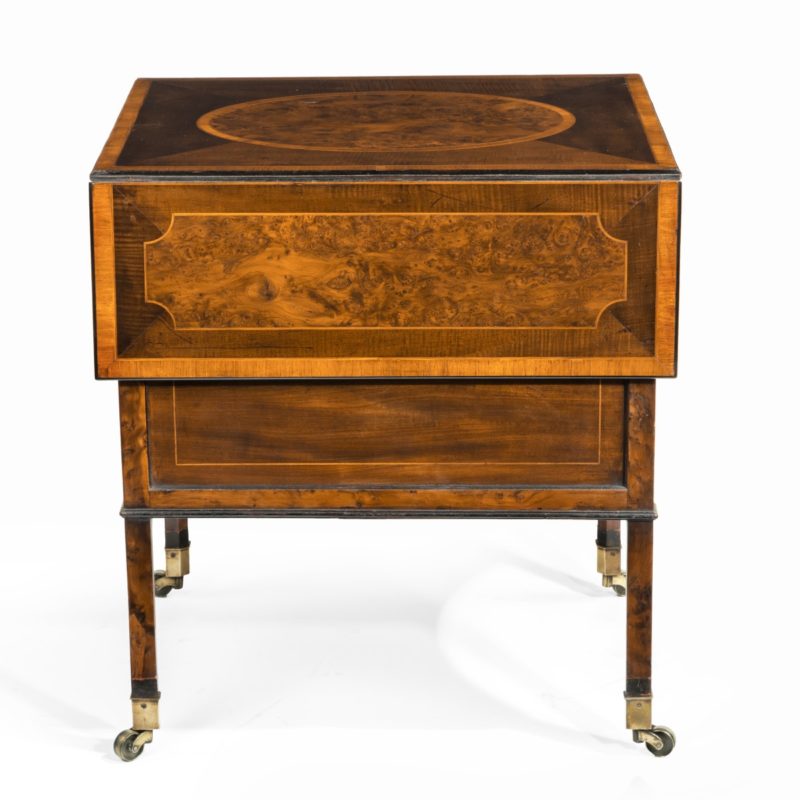 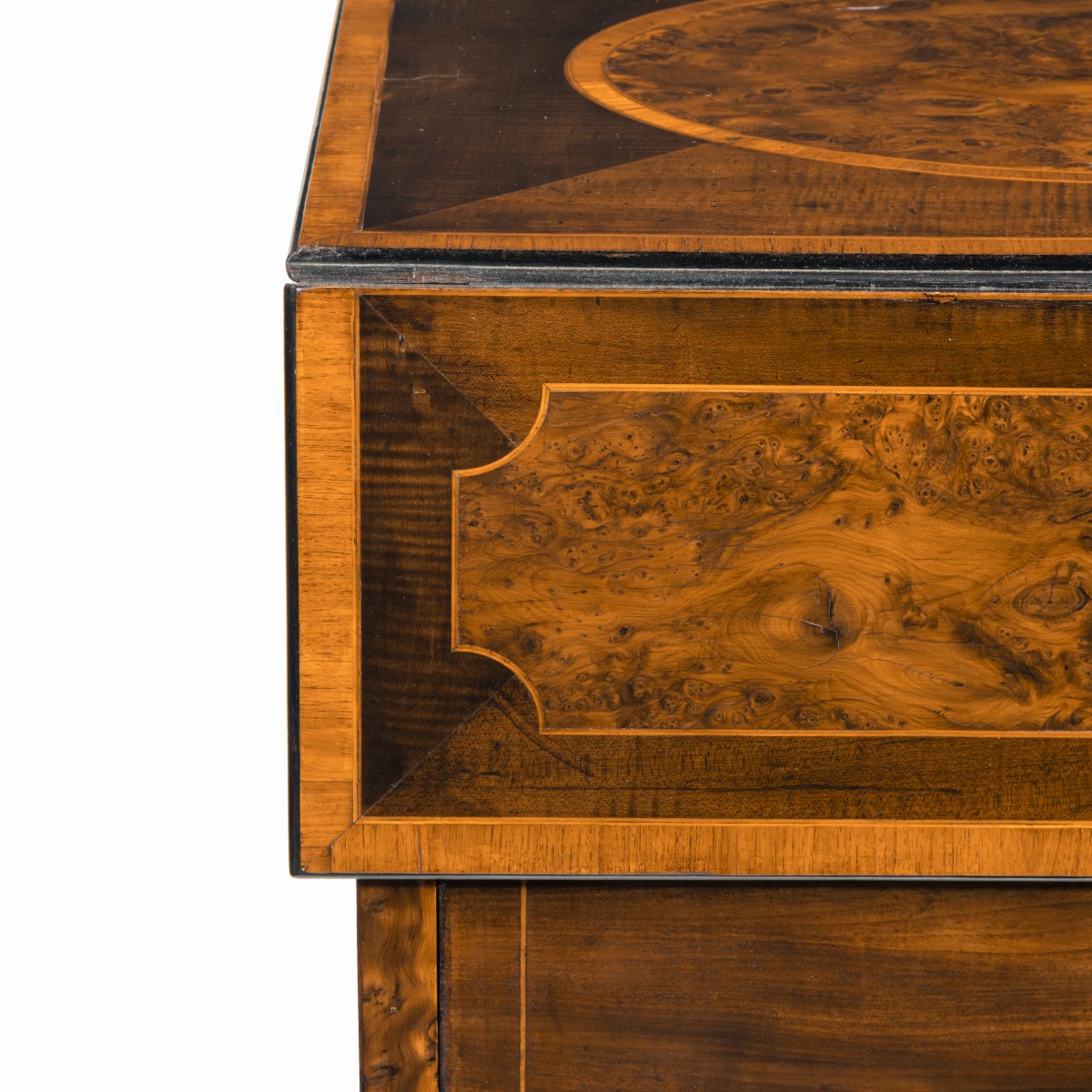 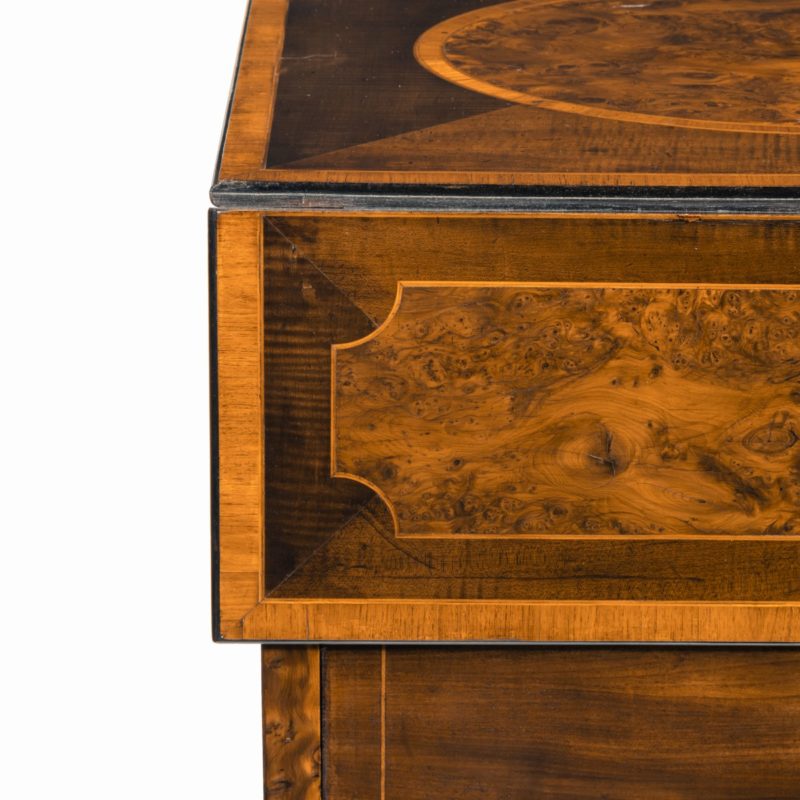 This table conforms to the type described by Thomas Chippendale in his Director as a breakfast table. They are often referred to as supper tables in the antiques trade in order to differentiate them from tilt top dining tables of small size which are also known as breakfast tables-as is often the case with furniture, there is no one description that is universally used to describe a type of piece.

What differentiates our piece and others like it from the far more common Pembroke tables is the addition of a cupboard undertier section. Usually these cupboards were produced either in fretwork or, far more commonly, with wire work. This is because the tables are believed to have been designed to store food and drink away in a bedroom so that the owner of the piece would not have to call upon servants again if they wanted to eat a small meal at a time of the day of their choosing-the cupboard acting both as a pantry and, supposedly, as a way of making such that cats and dogs were not able to steal the contents. 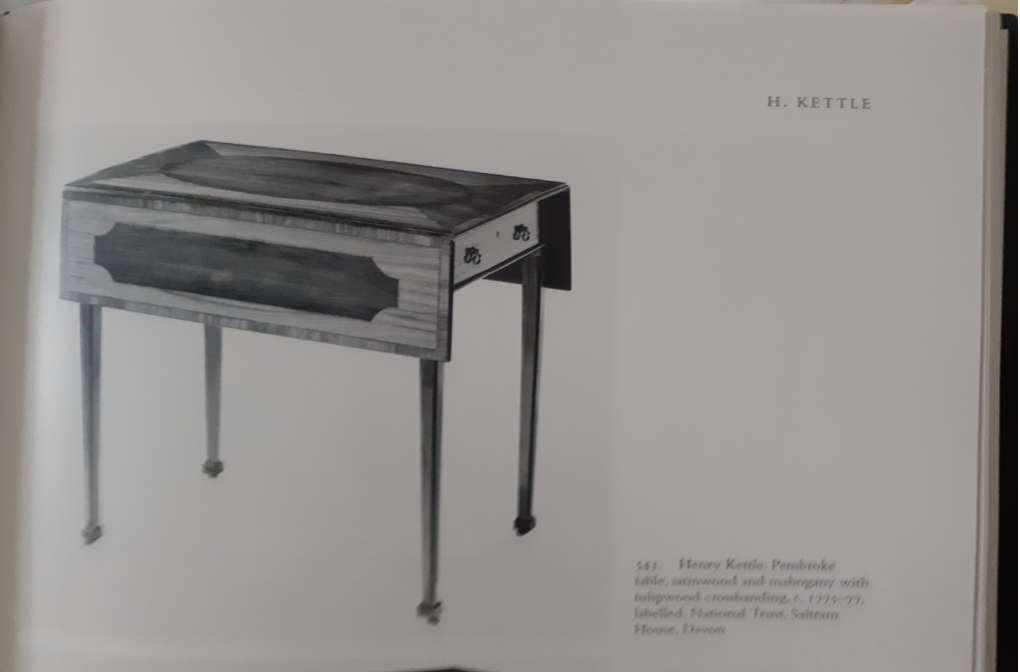 Our table, with its beautifully-made concave cupboard section may well have been made for a slightly different purpose but what is clear is that it was designed to be sat at from three directions-the concave section and both sides-making it particularly practical then and now.

With its skilfully veneered and inlaid top, this table bears many similarities with labelled pieces by the St Paul’s Churchard, London, cabinetmaker Henry Kettle. Several commissions by Kettle are recorded and labelled pieces by him are illustrated in Christopher Gilbert’s Pictorial Dictionary of London Marked Furniture 1700-1840. Of particular interest in relation to this table are a labelled Pembroke from Saltram in Devon and another similar table with unknown provenance. Both of these tables, though strictly Pembroke tables and lacking cupboards, employ the same inlaid oval and stylised rectangular panels to the flaps and this has come to be recognised as one of the hallmarks of a piece made by the firm.