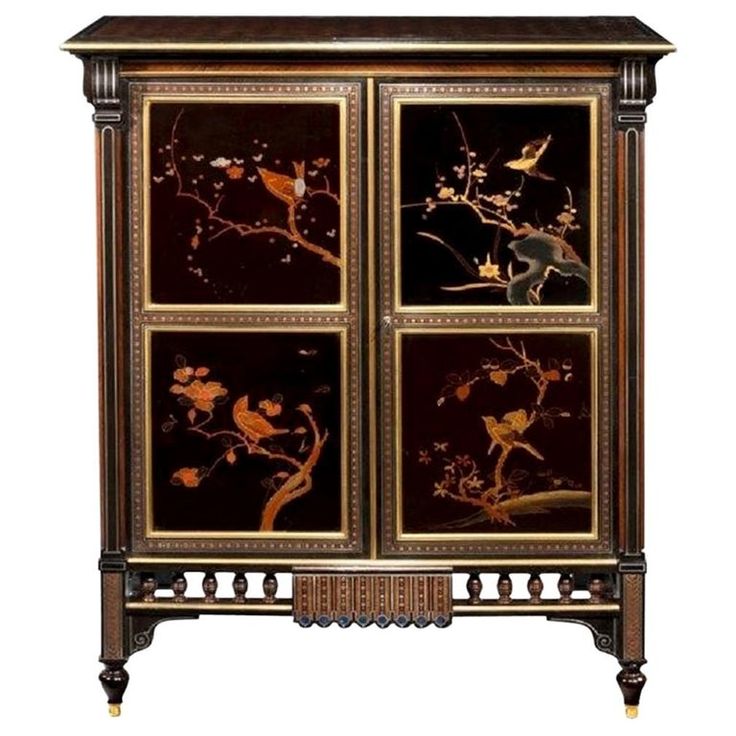 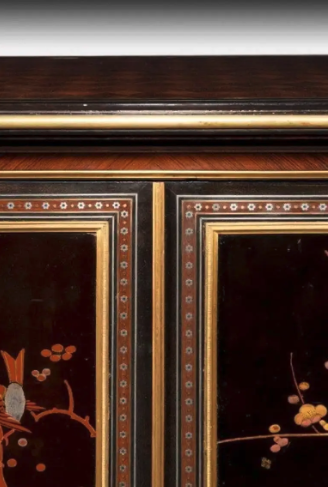 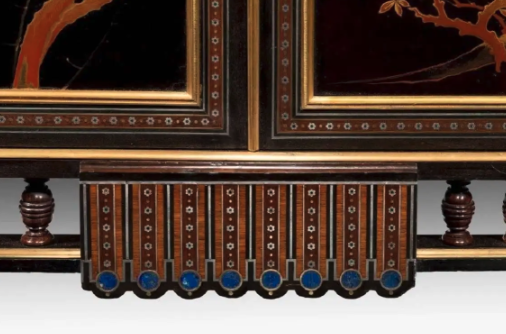 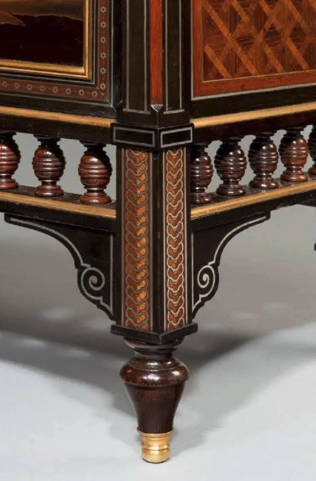 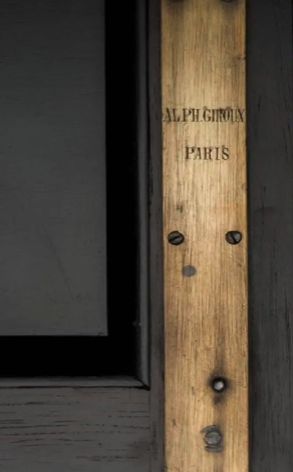 An exquisite exhibition quality side cabinet by Giroux

An exquisite exhibition quality side cabinet by Giroux, with central doors bearing lacquer panels showing the four seasons within formal borders, the whole inlaid with pewter, brass, ebony and lapis lazuli, the sides and top with kingwood parquetry and the interior veneered in rosewood.

The business was taken over by his eldest son, Alphonse Gustave Giroux in 1838. Under his guidance and innovative planning, the business grew to become one of the first and most prestigious department stores in Paris, while continuing to take important commissions for custom work. Pieces made for the department store were marked “Maison Giroux,” while Alphonse Gustave Giroux signed commissioned pieces himself.
Alphonse Giroux was fascinated with mechanics and new technology. Alphonse Gustave received a silver medal at the 1839 Exposition des l’Industrie Francaise and produced pieces for the World Exposition of 1855. Some of his most unusual known creations are: a mechanical clock-work horse and carriage for the crown prince, an automaton of a violin player seated on a barrel and a lavishly detailed lifelike doll wearing a regal gown and crown of antique fabrics with seed pearls, presented at the 1867 Paris Universal Exposition to represent the glorious legacy of French Royalty.

Of additional historical significance was Maison Giroux’s role in producing the first commercial camera under the direction of Mr. Daguerreotype, which forever changed visual history and revolutionized the art world.